Can you imagine if your wedding photos went missing? Unfortunately, that was the case for Meredith + Jake—their original elopement on November 17, 2017 was everything they wanted and more…but as the snow started to fall and fingers became cold—1 of the 2 cards with the wedding photos was blanketed under the snow. GASP, right?! Fortunately, M+J made the best out of it and decided to elope…AGAIN!

As a wedding photographer herself, Meredith understood the situation. Eight months later, the card was ACTUALLY found and it’s currently at a lab in Canada—being processed to see if any of the data can be recovered. She’s here to tell us a little bit more: When I saw that Julie of Magnolia and Ember was coming to visit Colorado, I wrangled Jake into saying “I do” again for more photos because, well, the first time around was amazing and I want to feel that way every single day! Being fun and adventurous couple, we had so much fun being outdoors and just focusing on each other—he said yes right away!

Let’s dive in to the details of their first wedding…and second! Because given the opportunity to celebrate with your best friend, wouldn’t you want to do it again? 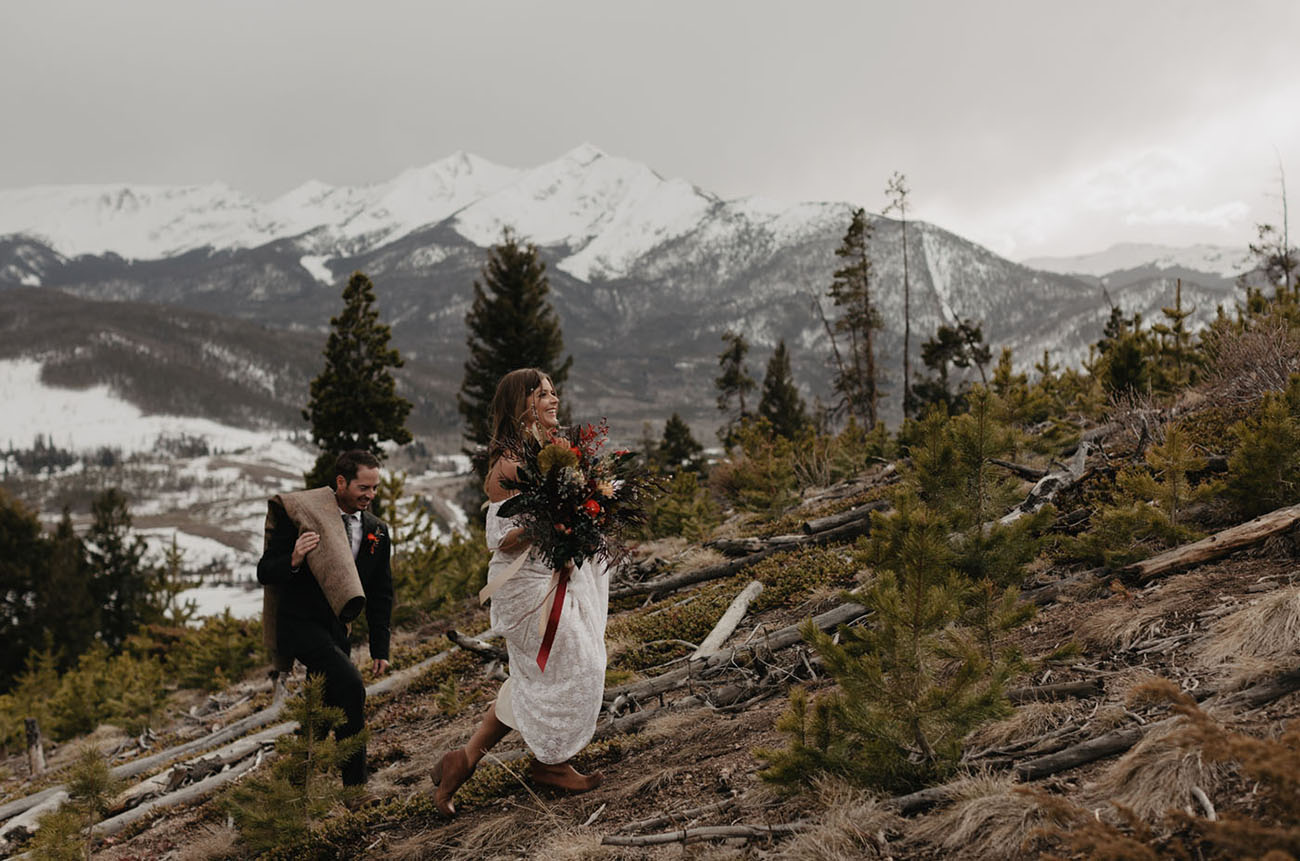 Somewhere at Sapphire Point in Dillon, Colorado…isn’t this place gorgeous?! 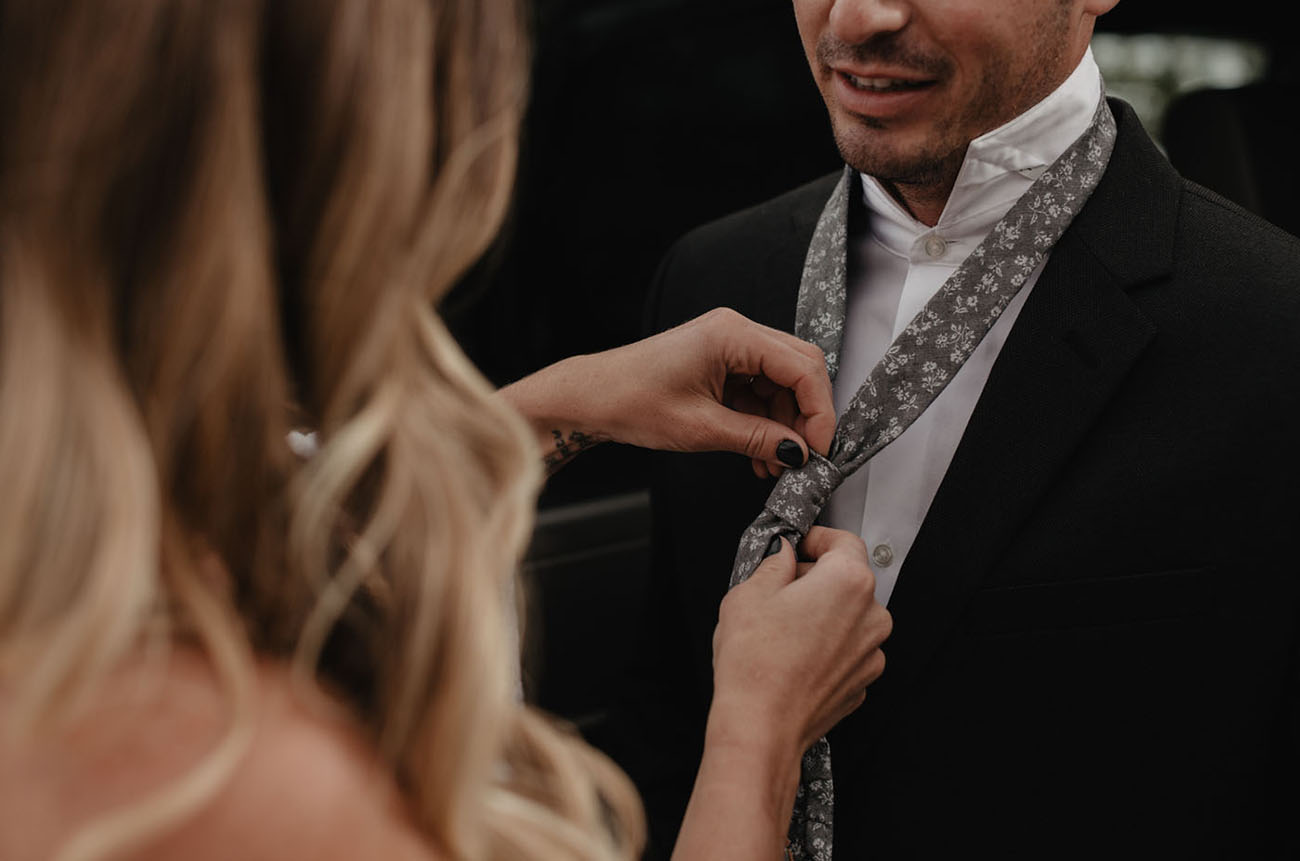 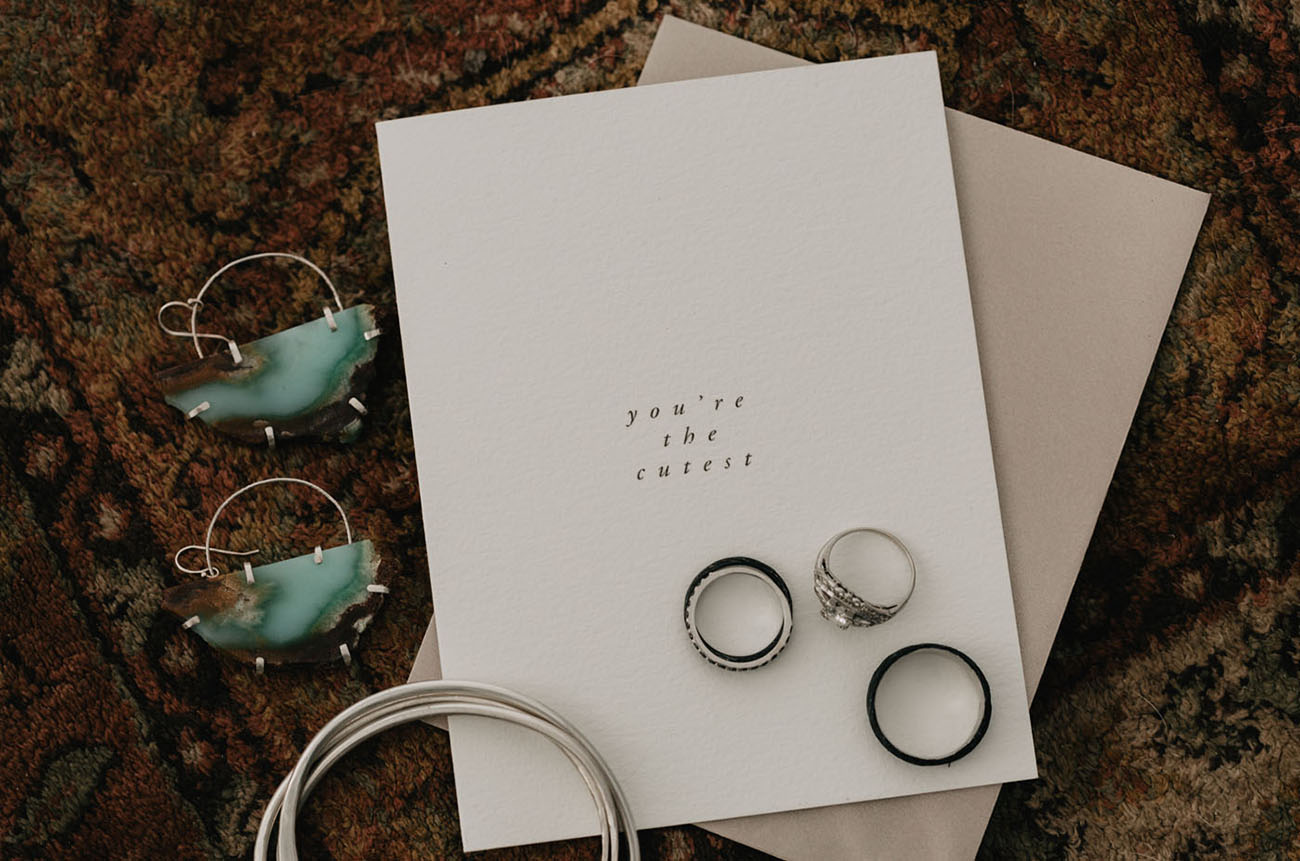 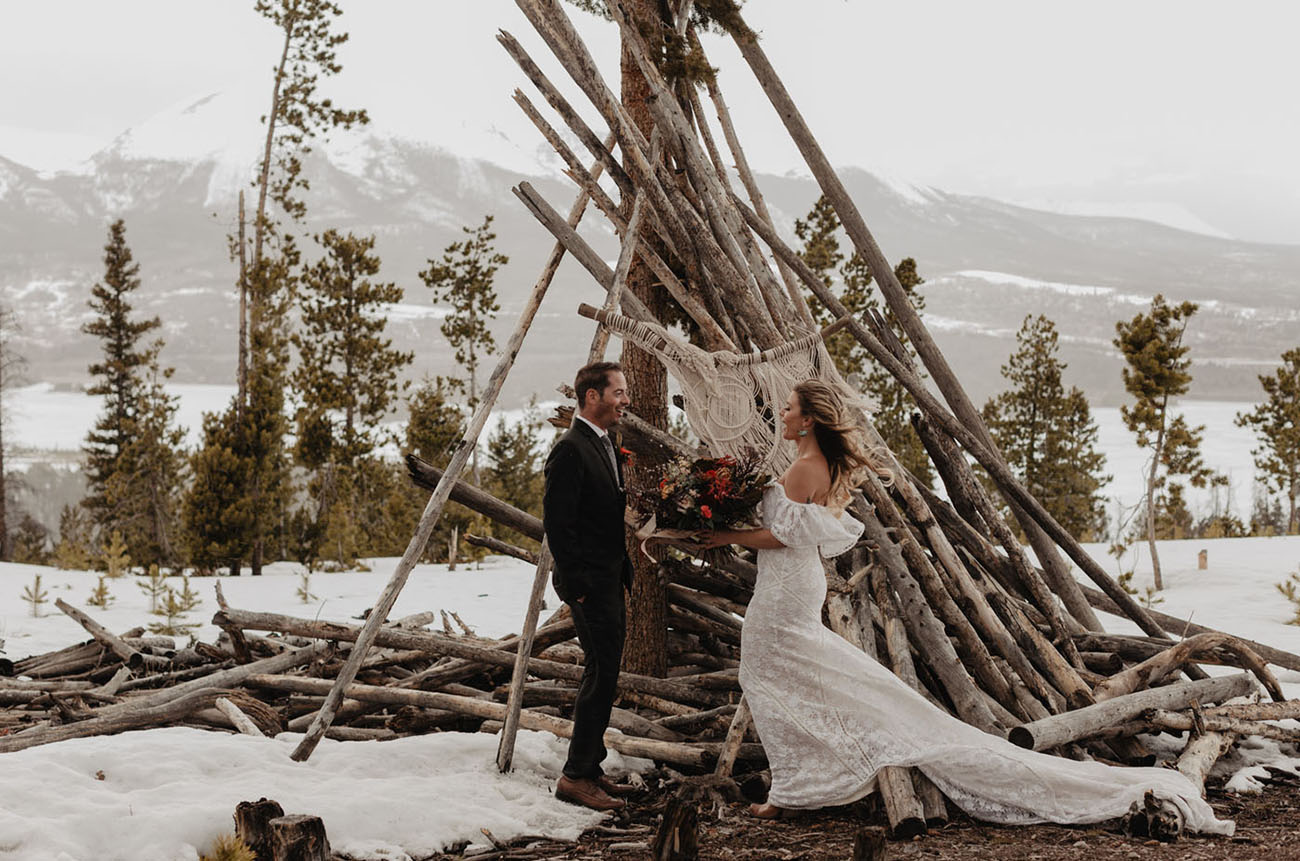 Though it was chilly, these two absolutely rocked their second wedding! Also, isn’t Meredith’s Dreamers and Lovers so gorgeous—especially with that long train?! 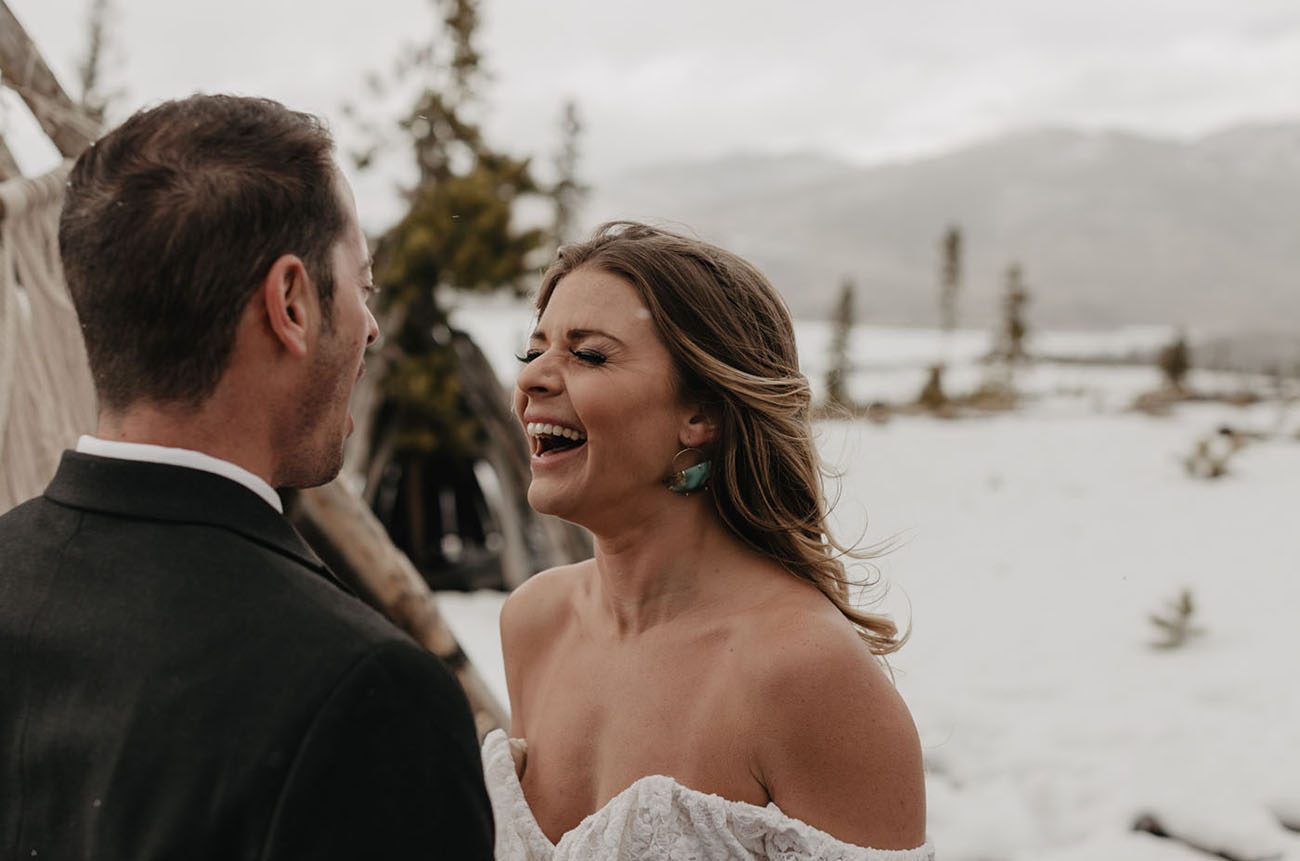 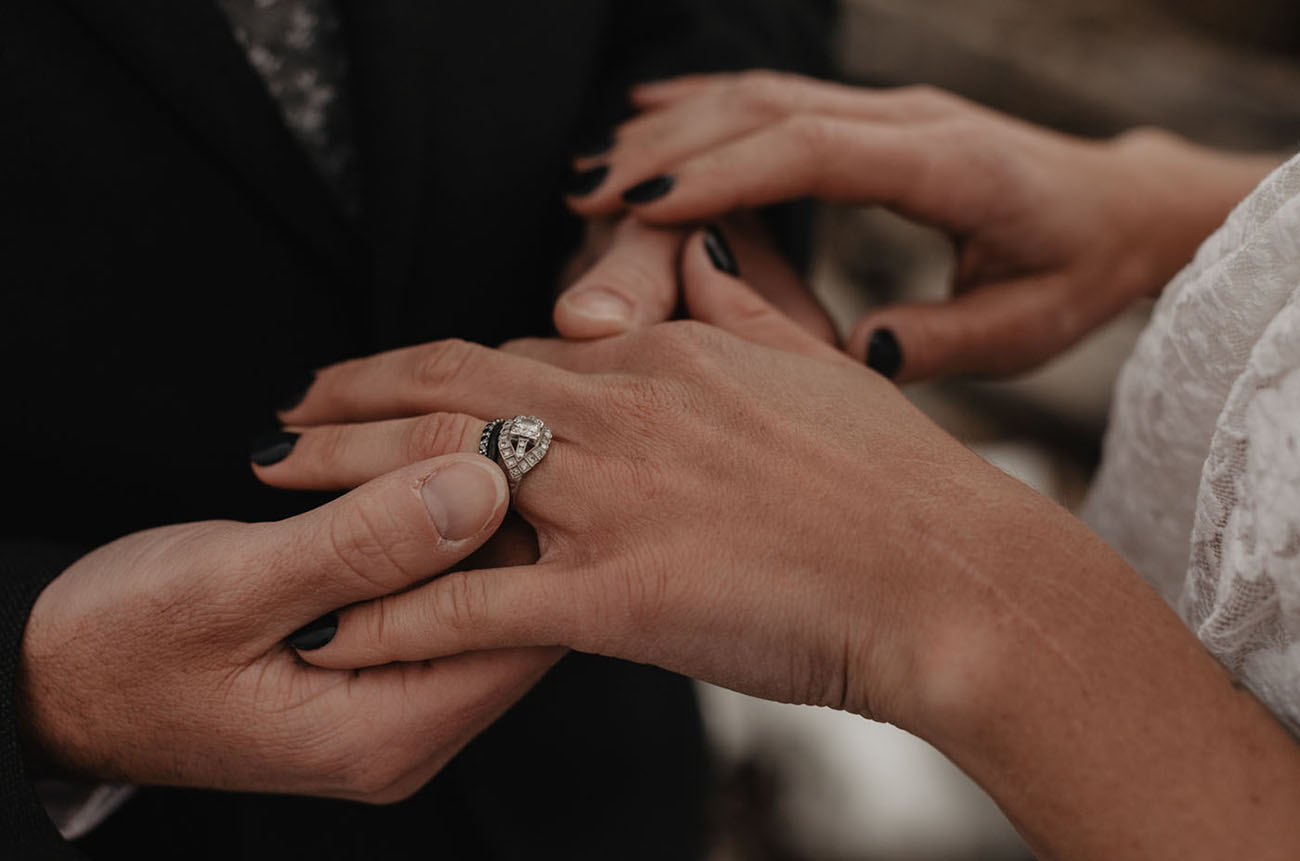 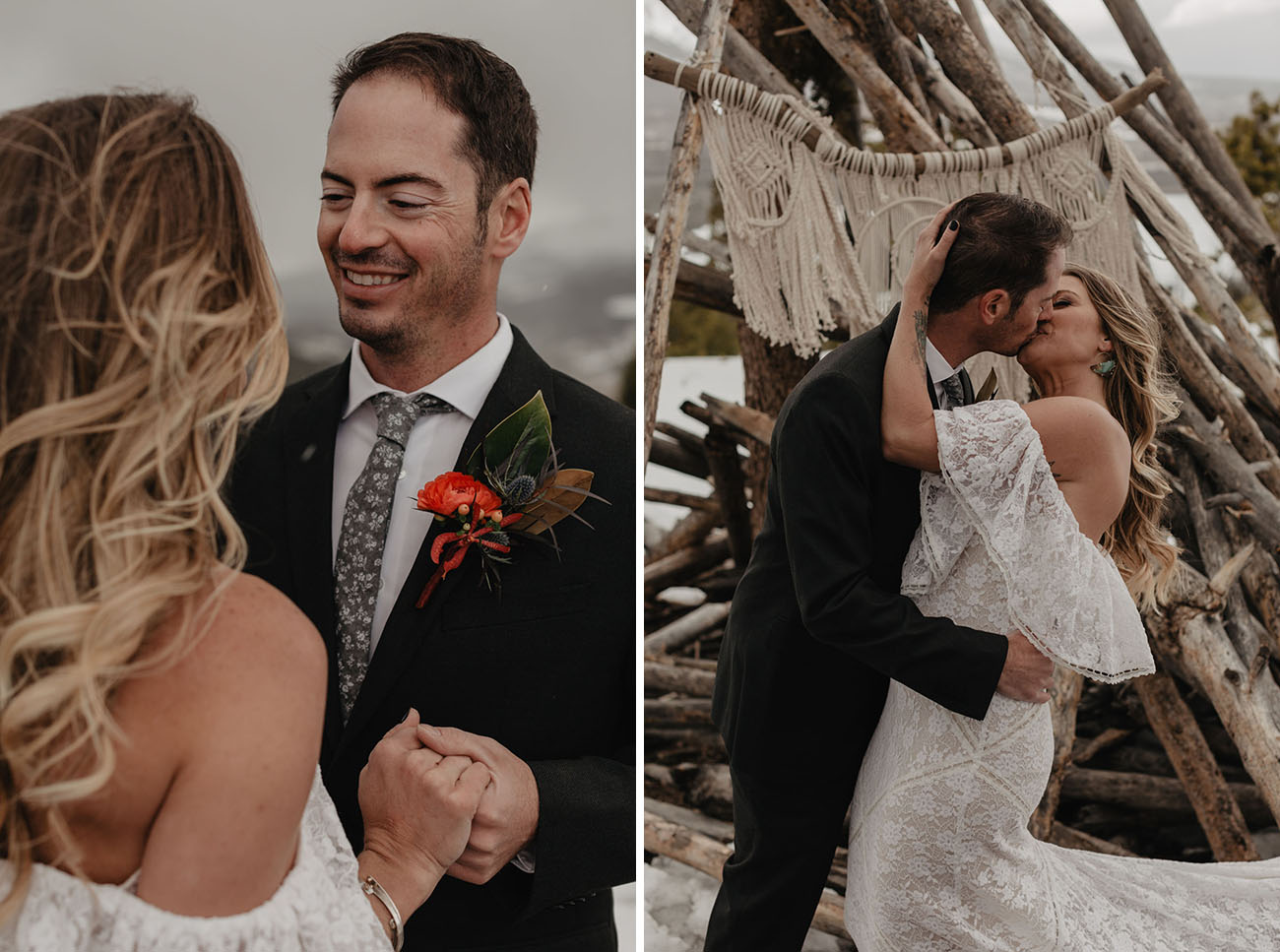 My favorite moment from Sapphire Point was the incredible wind we had the whole time around, the irony that another storm was blowing in on us for getting married again! The beautiful items from my local friends offered to make this come together on such short notice were perfect.

Poor Julie was running around on loose footing over logs and up hills, she was just fantastic to see in action. The macramé in the tree was blowing just as crazy as my hair and the dress—it was all so fun. And the bourbon—that was Jake's favorite part—to keep warm, he said! 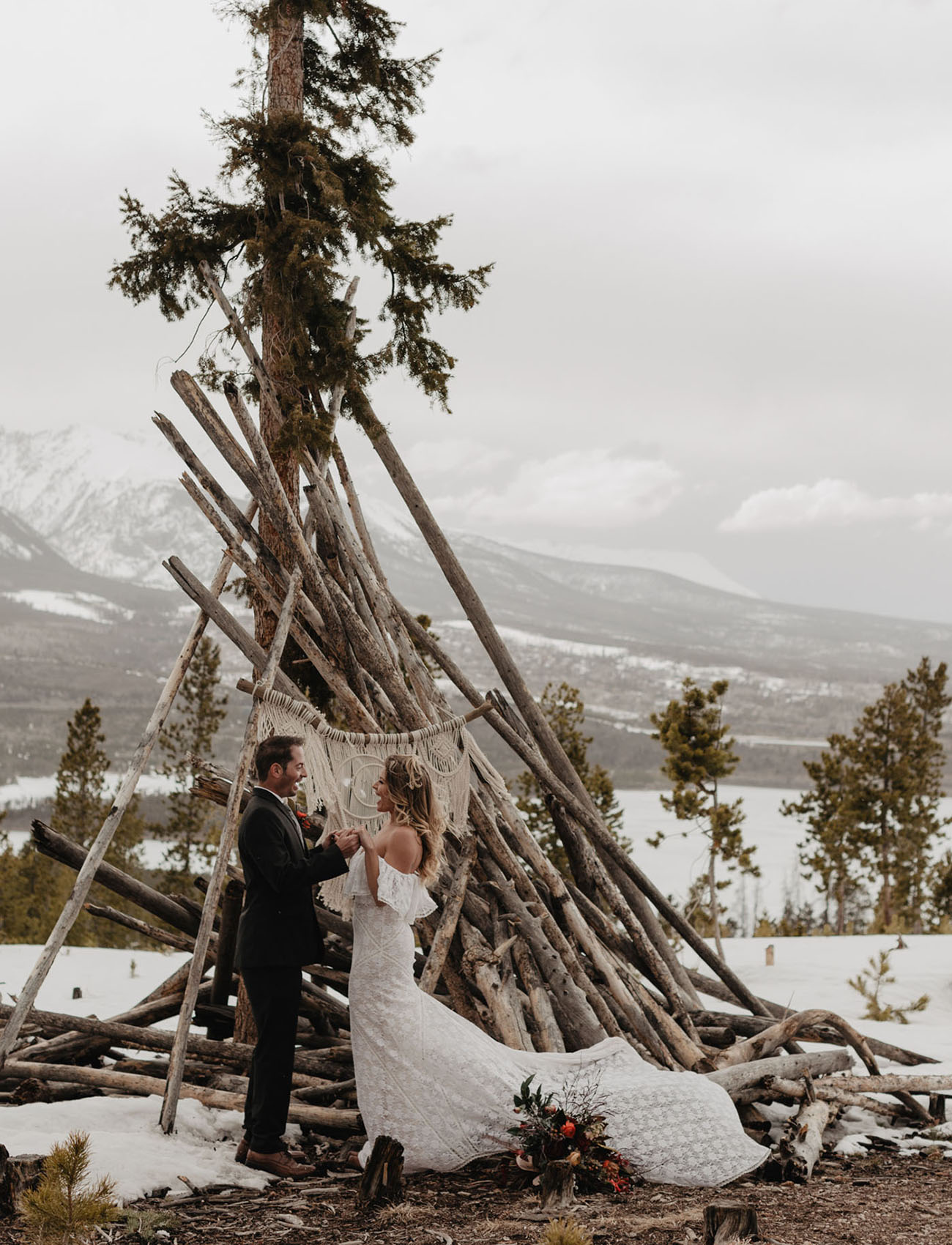 That epic macramé piece is from Midnight Soul Designs. 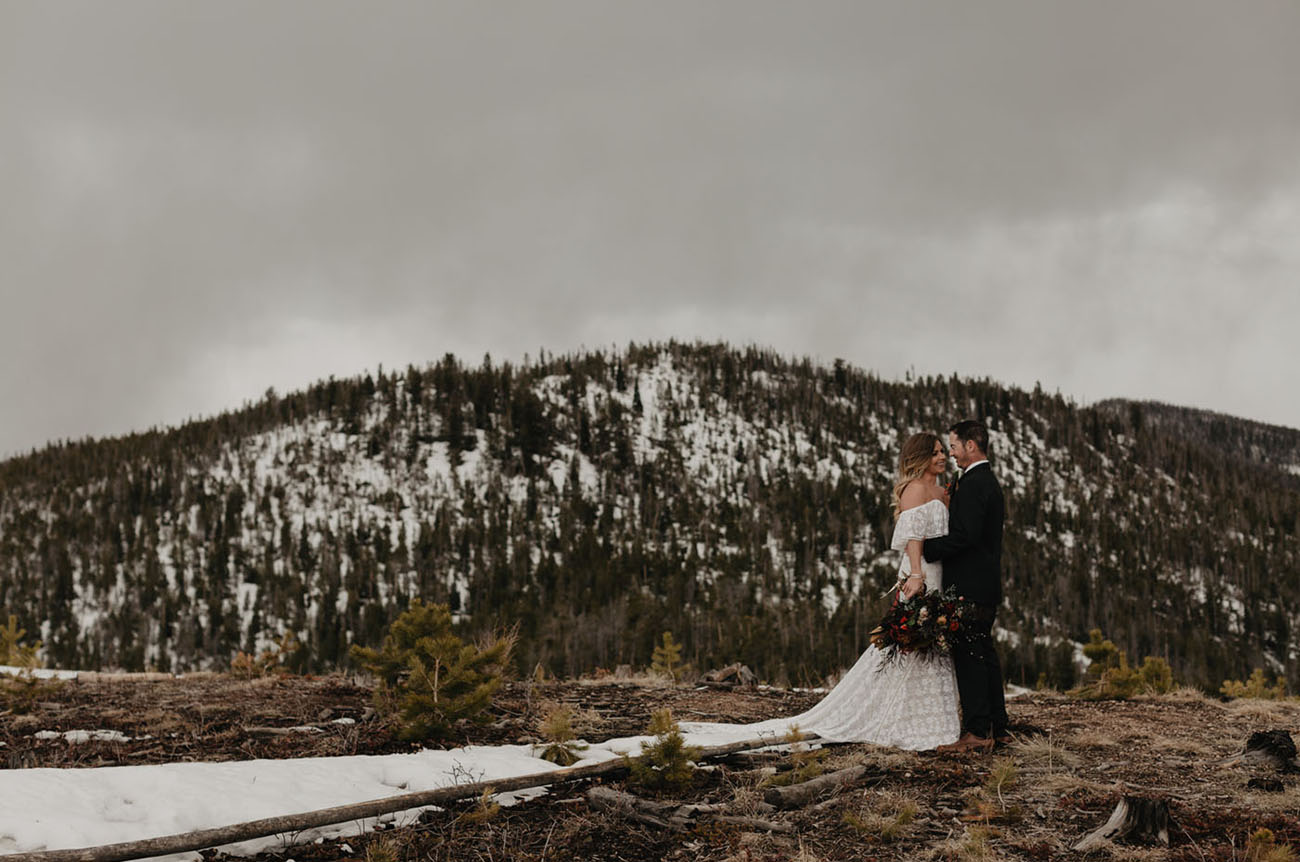 Meredith spills about their first wedding: We have a sweet French bakery in our mountain town, so we went there as it holds good memories for us. Next, we went to the courthouse in Breckenridge, where we snuck in past our friends who work in that building (it’s a small town!) to sign the formal papers for our marriage license. 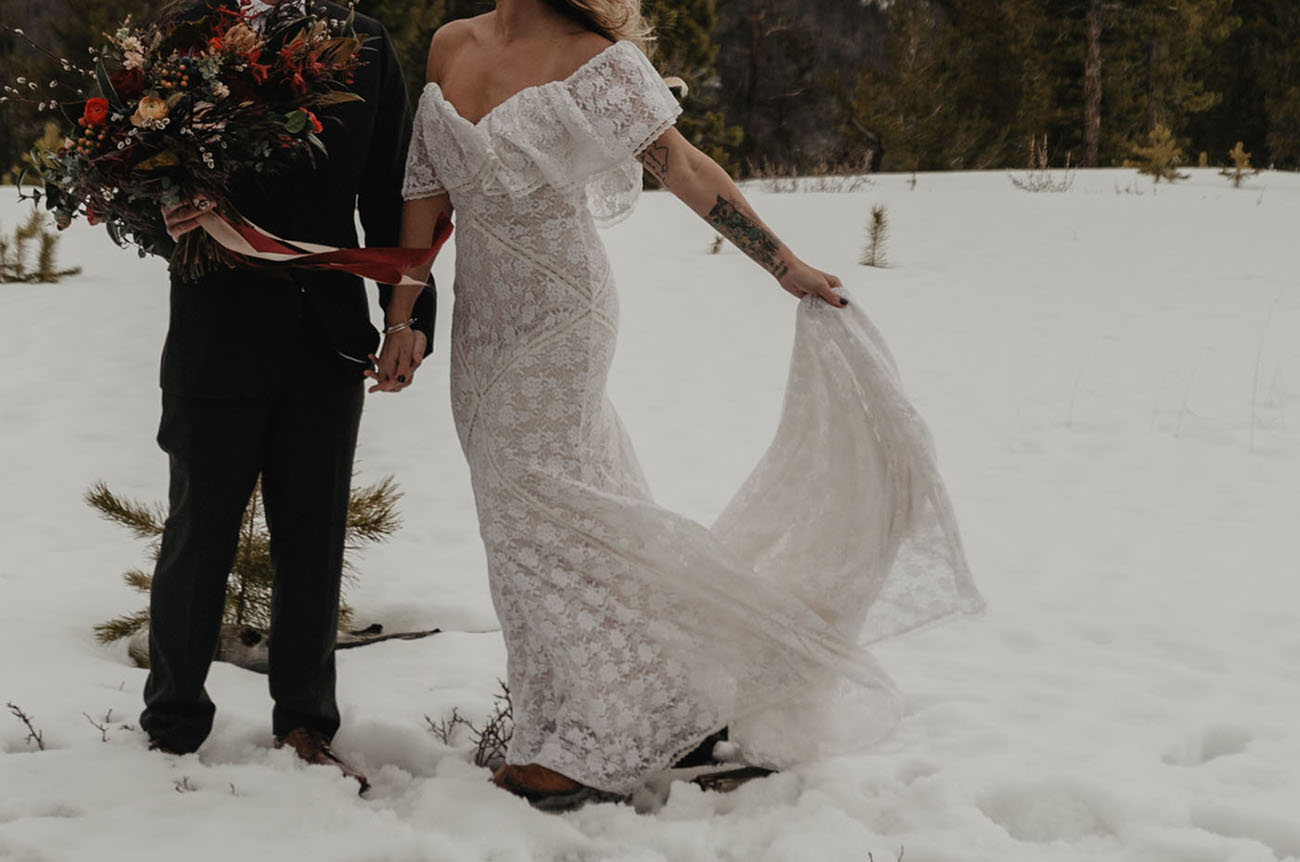 I went to have my hair and makeup done across town, and I’m pretty sure Jake sat at home, playing guitar to the dogs…as practice for the song he was going to play during our time up on the mountain.

The photographers arrived at the house as we planned on doing a home shoot beforehand, so we ran around drinking bourbon and getting a little sexy for the camera before we got into our “formal” clothes for the real deal on Hoosier Pass. I wore a lovely long, burgundy dress and Jake had on a cozy flannel shirt. 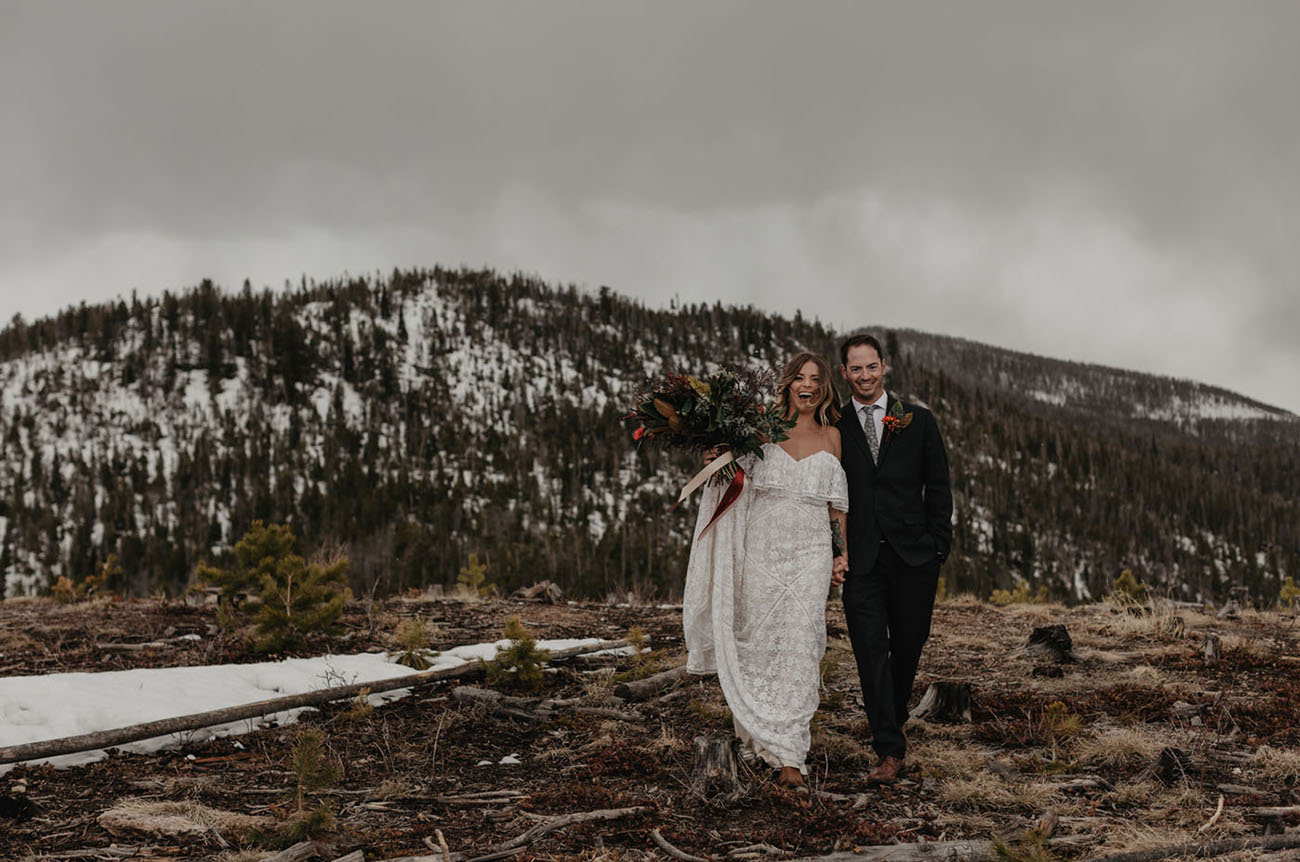 The snow started to fall as we packed everything into my Jeep and we drove up to over 10,000″ and shared sweet memories playing in the snow. I got Jake a “Love Book” and surprised him with that up there as we didn’t say formal vows to each other. 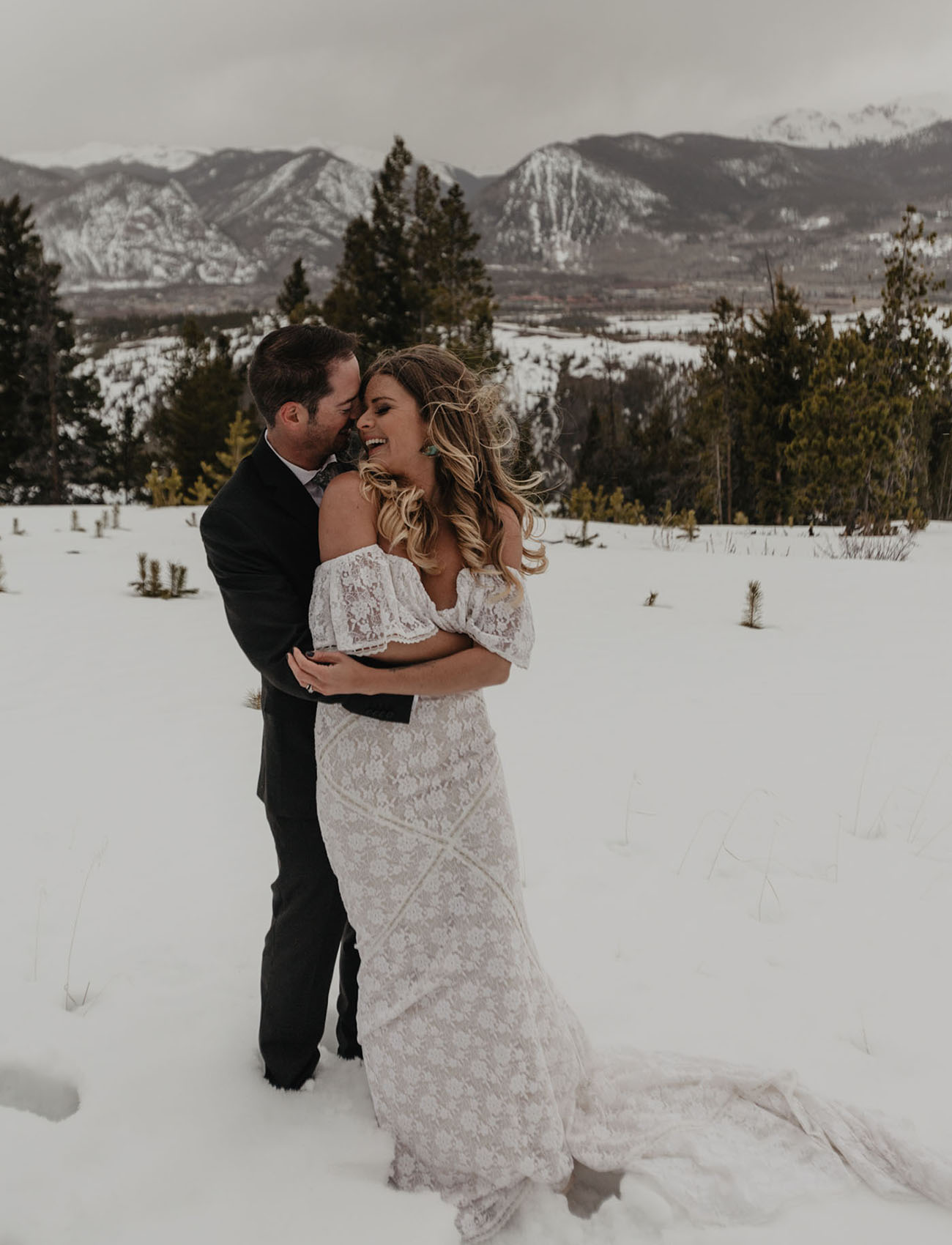 We wrapped up into my grandfather’s favorite blanket and enjoyed snuggling together in the cold, sipping a bottle of bubbly we had brought back from Napa that fall, just staring at our beautiful backyard of massive mountains covered with fresh snow. 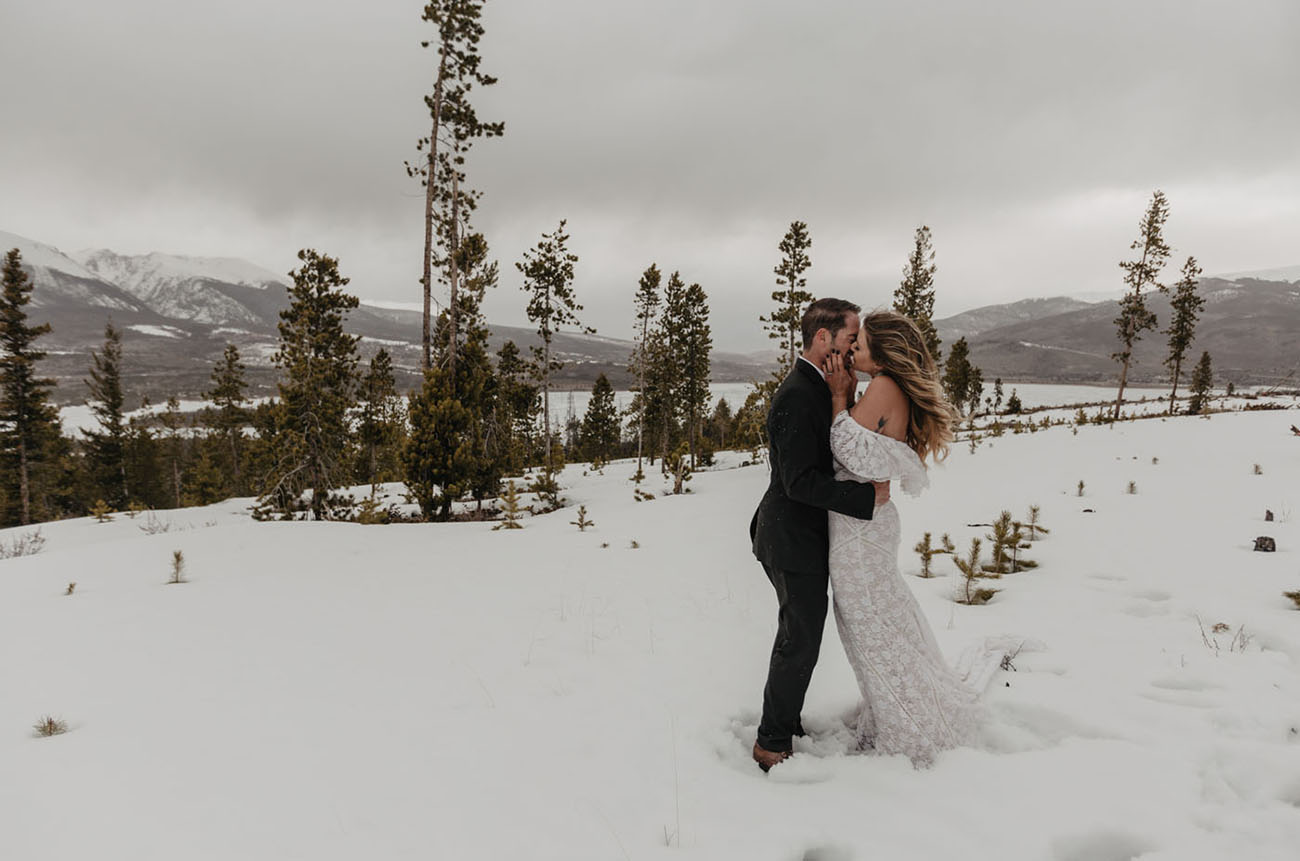 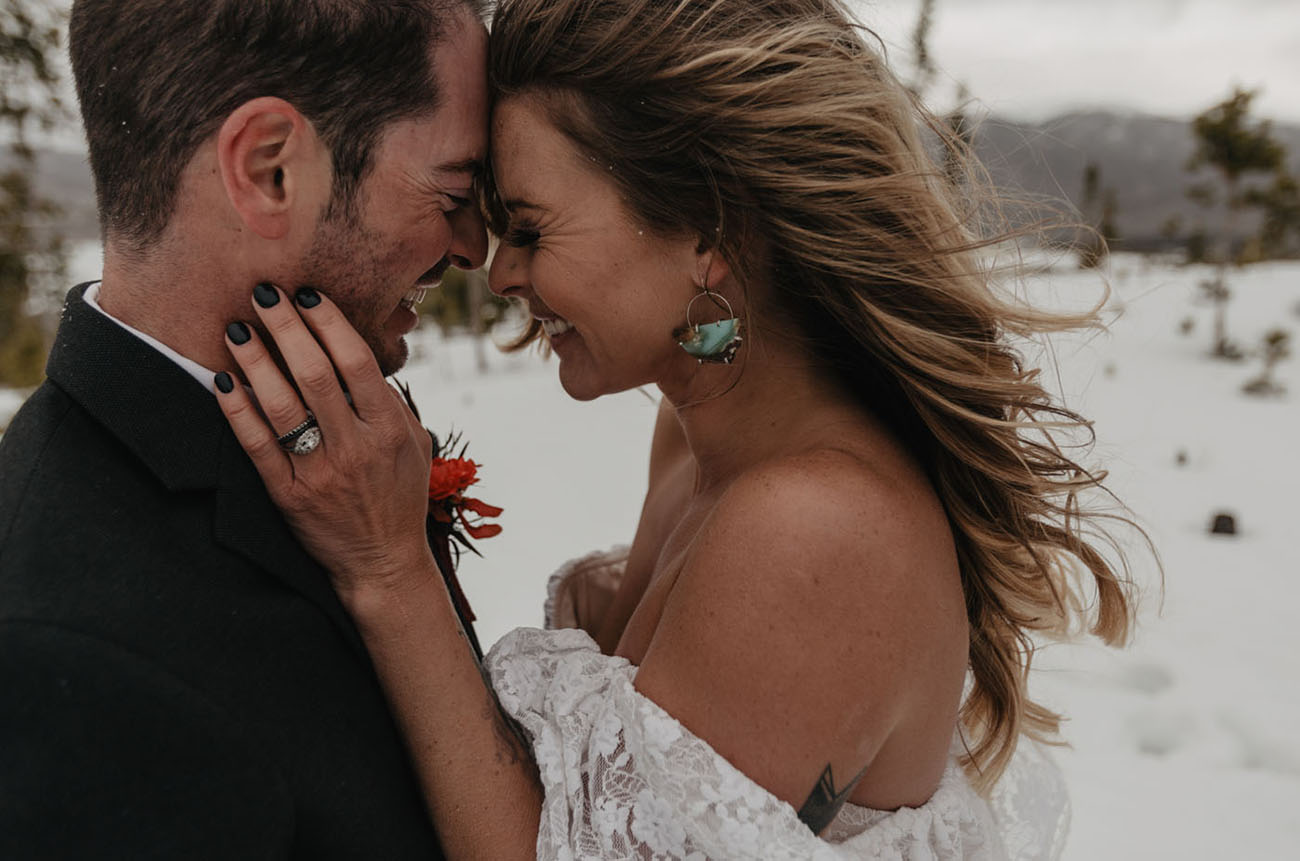 ELOPE. Our family and friends were shocked, yes—but not in a way that was hurtful—they understand us, respect and love us. Our day was strictly about Meredith and Jake. As a couple, as friends and for our future together—we literally didn't take our eyes or hands off each other the whole day. It was very intimate and I wouldn't trade that for anything. We love the memory of eloping and how quiet the air was around us, despite snow storms or wind. Being able to look at your significant other in a way you don't often get the chance on any other day, just the two of you being wherever you are and so in love, that's what I'll remember forever. 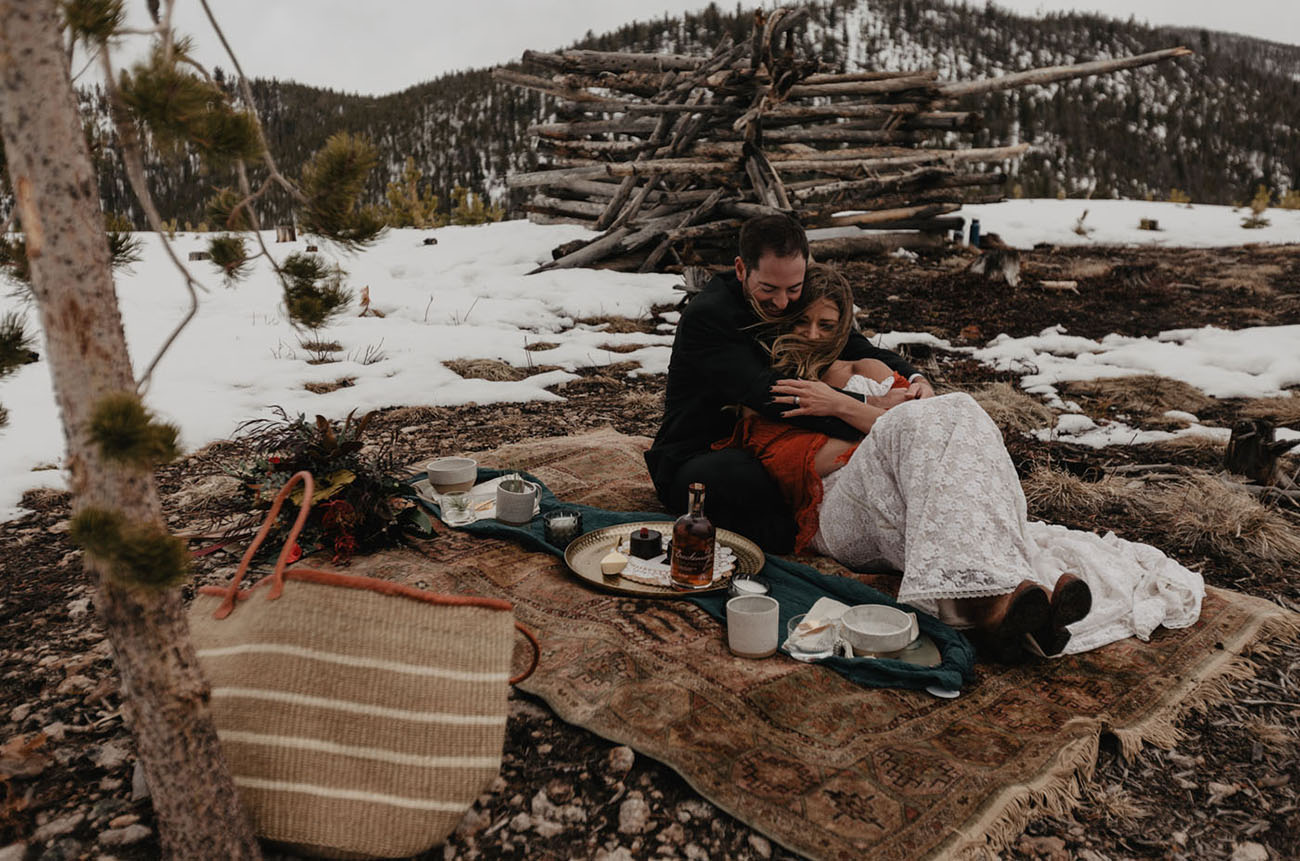 As an homage to their first wedding, these two got cozy in a blanket and warmed up with some bourbon. 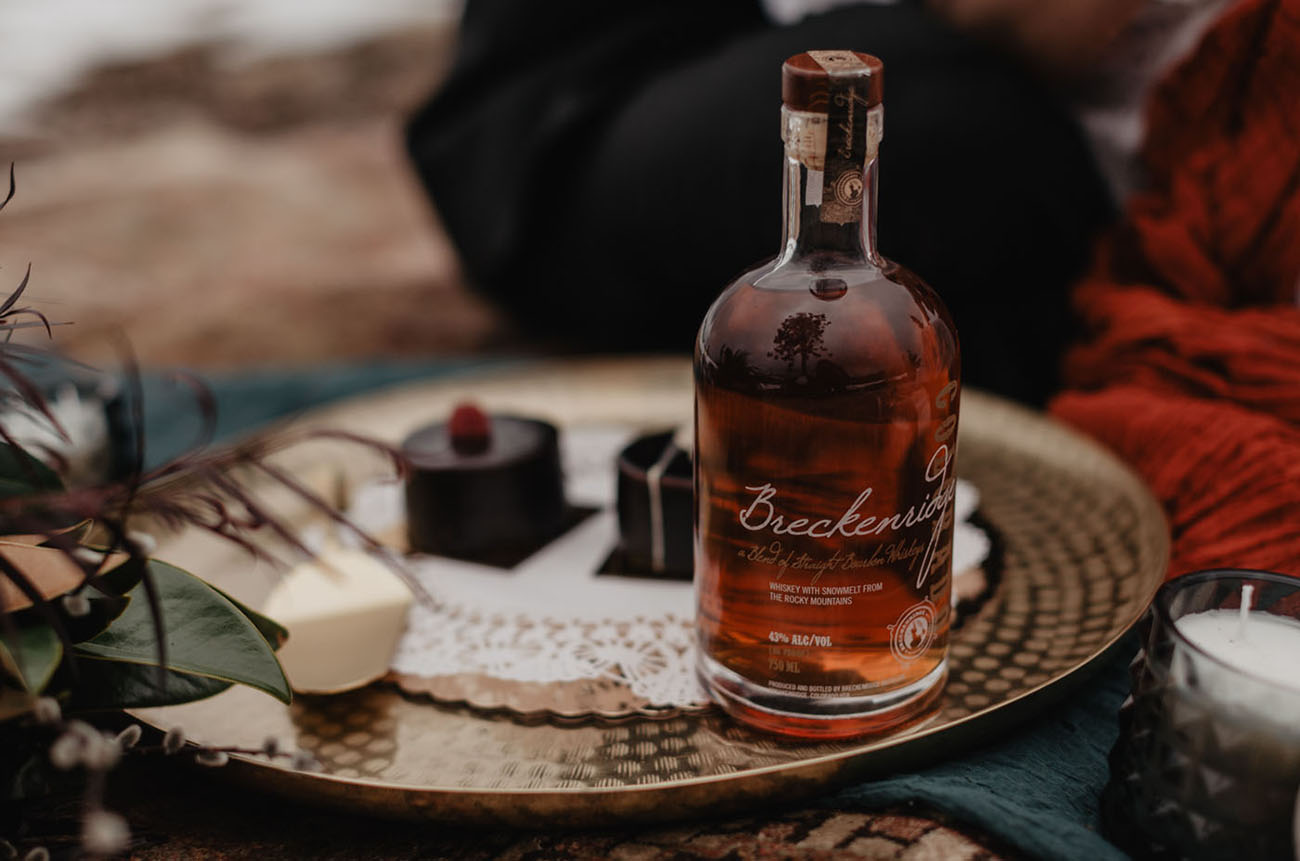 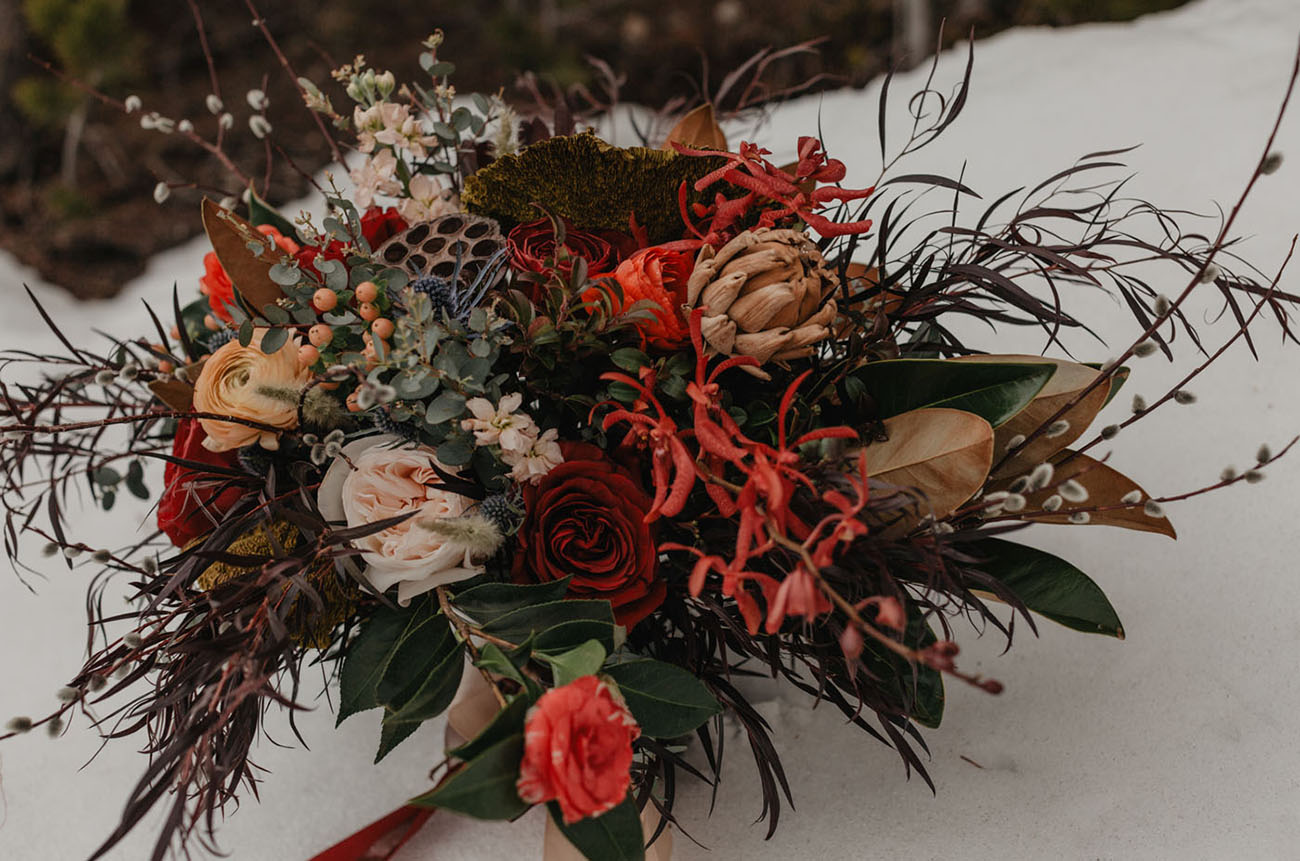 Isn’t that bouquet Garden of Eden crafted such a fun pop against the snow? A clever way to tie in the burgundy dress from their original wedding! ;) 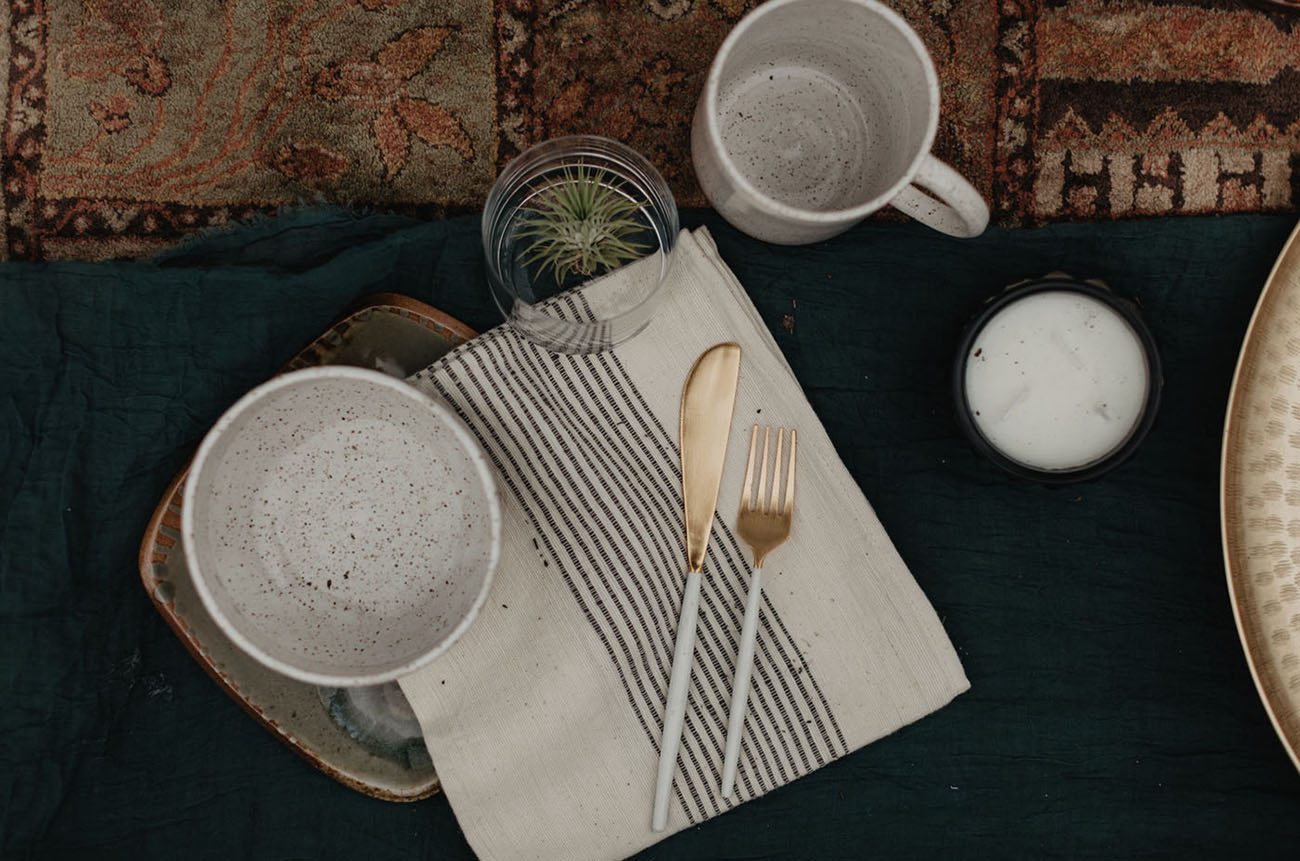 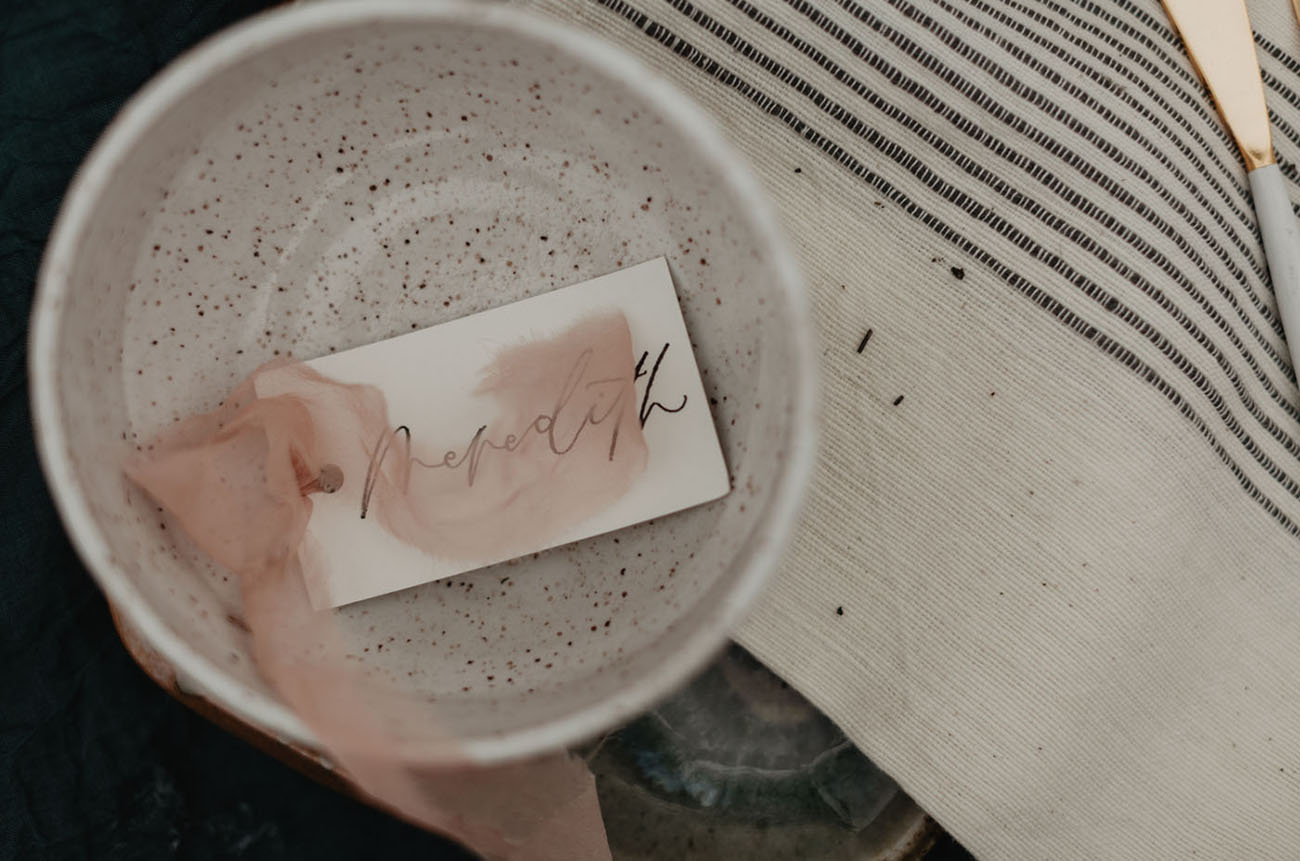 We love that you two were able to embrace the circumstances and celebrate…twice! Because at the end of the day, you’ve got each other and that’s something worth celebrating, again + again. Don’t you think?