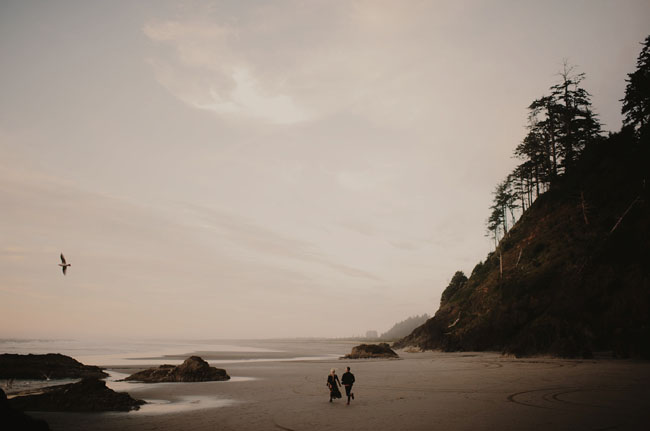 While it’s only natural that a couple would document the time leading up to their wedding day, we love the idea of capturing a snapshot of your relationship once some time has passed + you’ve grown together for a few years, too. Alycia + Evan wanted to do just that, and reached out to photog Kristen Marie Parker to begin planning an October anniversary session with her along Washington’s beautiful + rugged coastline. Kristen was ready to go when Alycia called her in a moment of defeat to put the session off because of another trial they were facing. Kristen tells us, In the last 5 months, these two have been through more than most but in mid March they hopped in their car, drove 10 hours and met me near the ocean.

She goes on to say, In the end, I wouldn’t have had it any other way. Had I photographed them during that point in their relationship last October, it almost would have felt like there was something missing from the photos. Because the strength made from their hardships and trials and hurt knees and broken down cars wouldn’t have added an extra layer to who they are now, 5 months later. Let’s celebrate the hard, difficult, “we shouldn’t talk about this” kind of stuff because placing importance on what keeps couples together and fighting for each other refines and stands above all else.

We’ll cheers to that! Thanks to Alycia, Evan + Kristen for opening up and sharing their story + photos with us today! 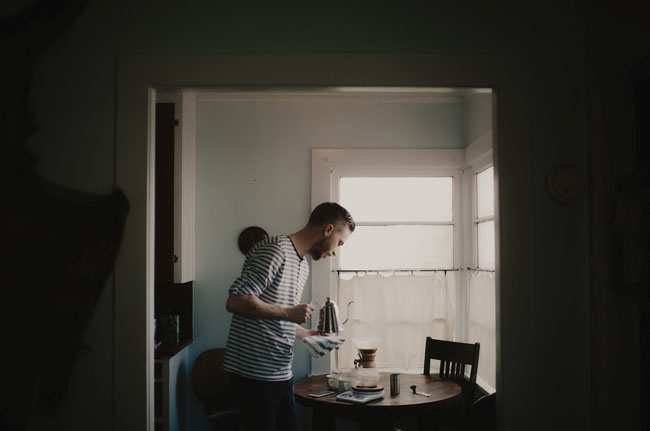 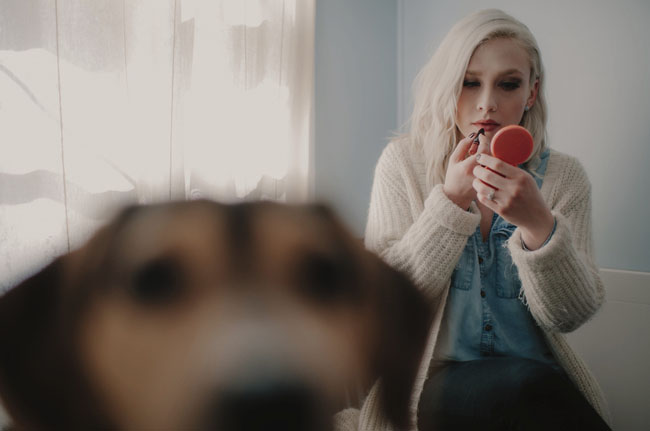 The session sweetly started over coffee before moving on to the sun-drenched beach. 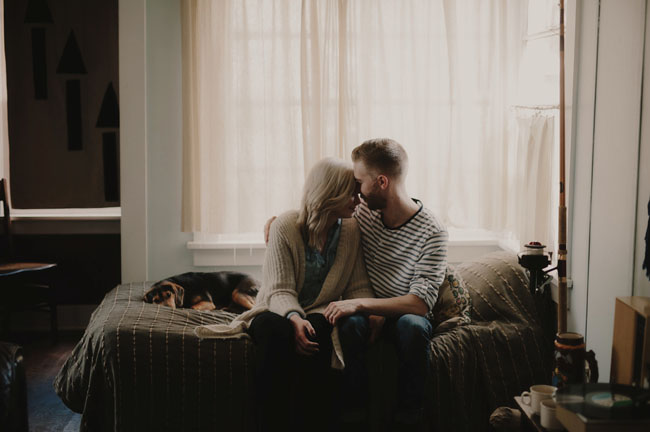 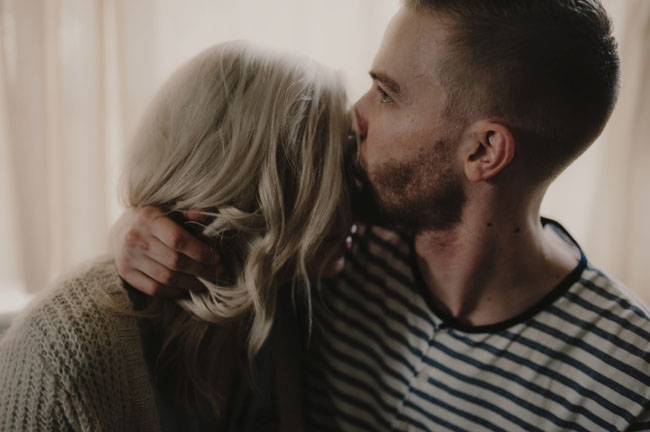 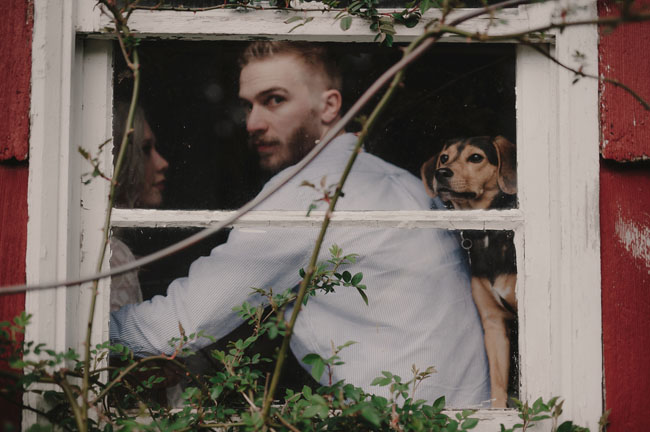 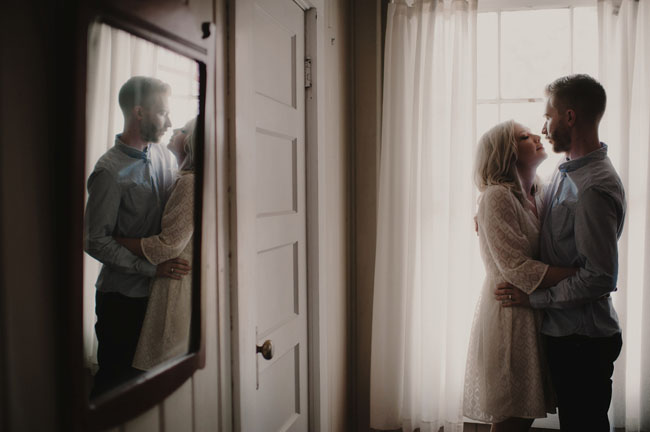 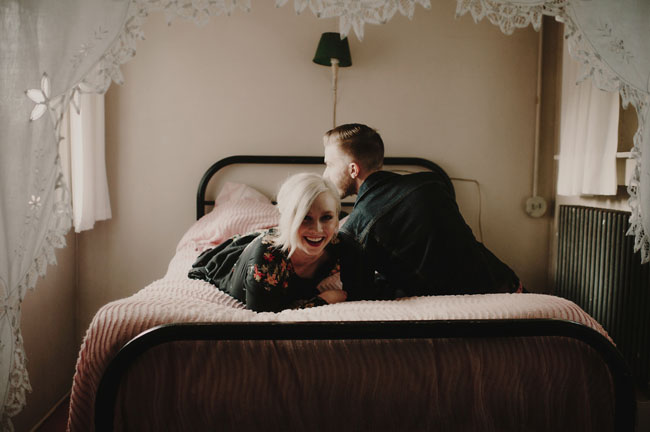 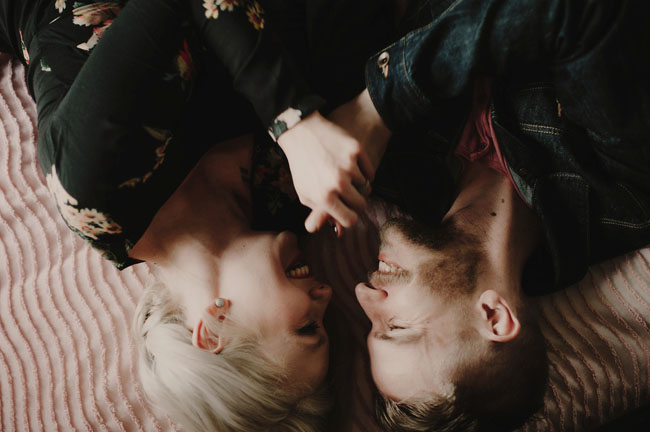 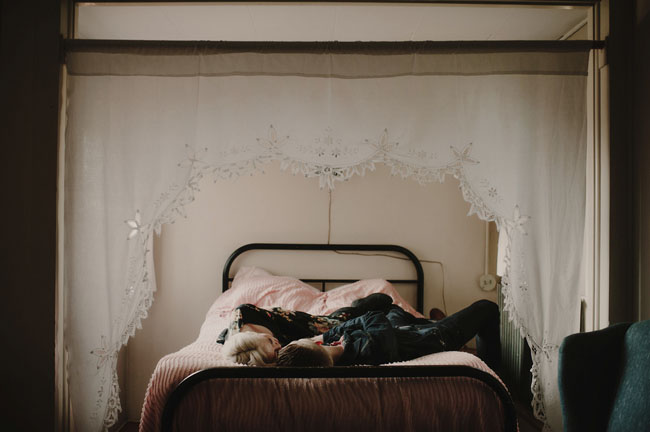 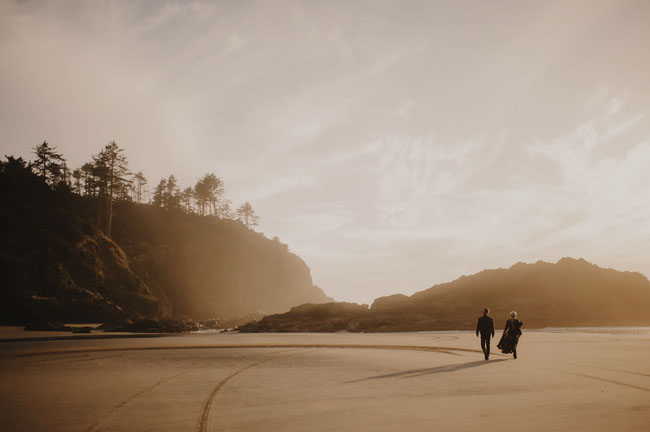 Alycia wore the most perfect floral print dress from Free People, which she topped with a motorcycle jacket when the temps dropped a bit later in the shoot. 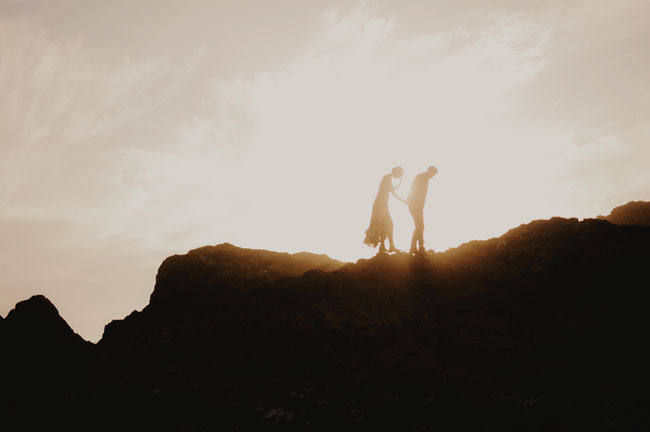 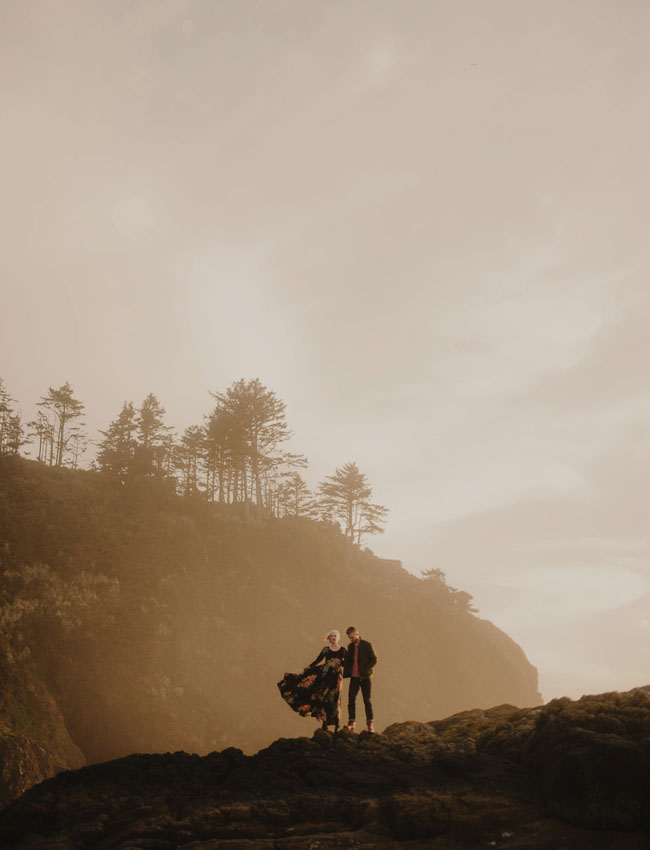 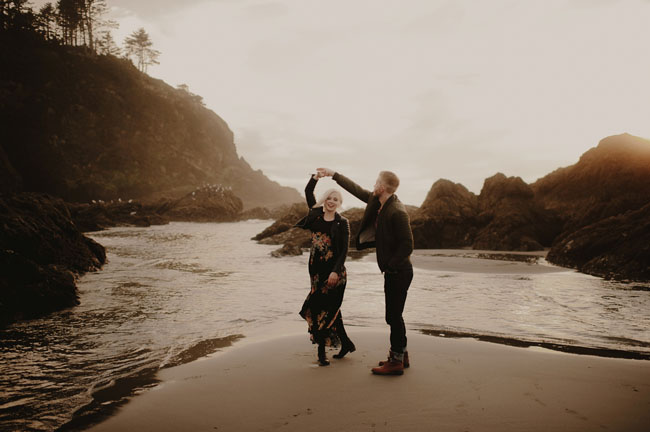 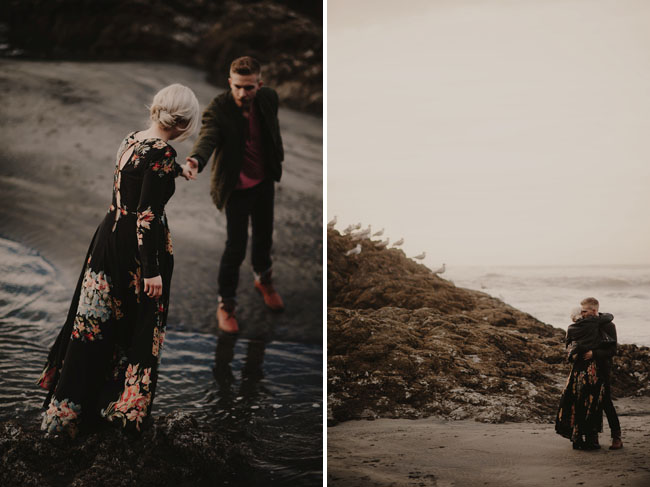 Kristen says, Alycia and Evan took the time to scout the beach scene, but where we ended up was off a path we weren’t planning to take. It all just came together. It was so good and I couldn’t believe the light that poured over the beach… 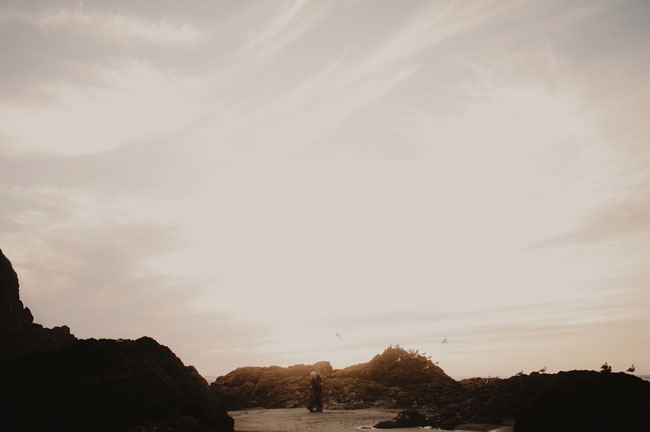 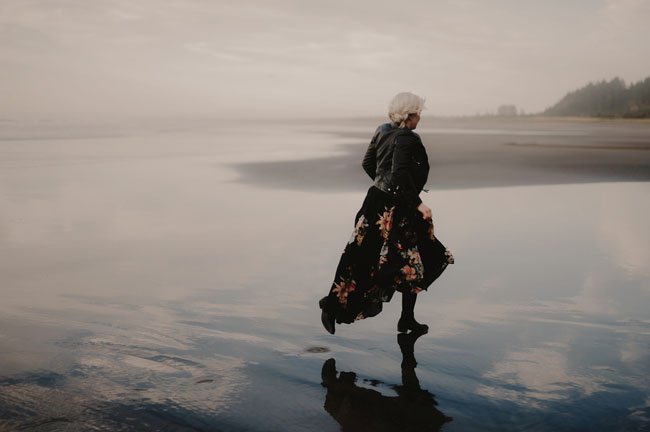 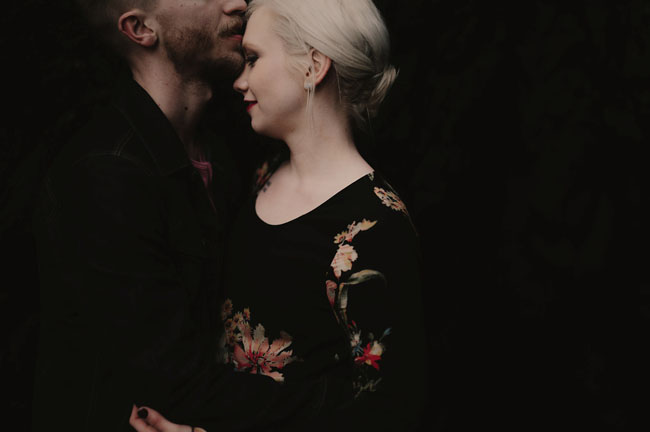 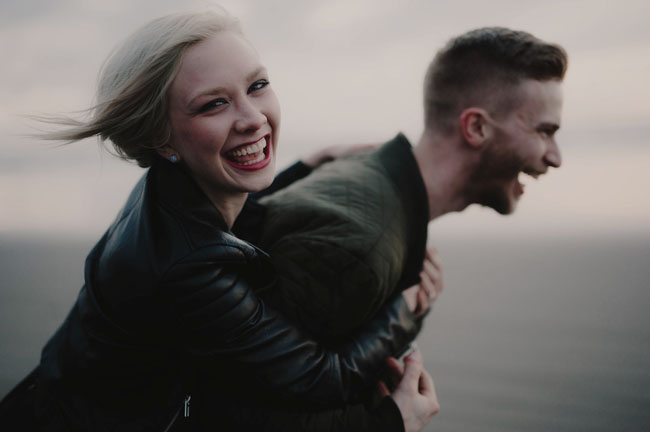 The sweetest! We are so glad A + E chose to document their love when they were feeling ready for it. These images are sure to be a special keepsake they’ll be so glad they have in the years to come.

Best wishes, you guys, and here’s to many more years of love + adventure!