What a crazy unique + beautiful wedding I have to share today! Rebecca + Ymir’s inspiration was “a week long adventure in Iceland, ending with a giant party where people happen to get married.” How fun is that!? They had currently lived apart, and had moved all over the world while together. Since their friends were coming such a long way to celebrate with them, they wanted to make sure they got to see the sights in Iceland as well as spend time with Rebecca + Ymir. And Rebecca + Ymir decided to get married outdoors in front of the glaciers – such a stunning backdrop! Big thanks to Nordica Photography for the gorgeous photos (and for making the trip to Iceland to capture their day!)

A bit about the day from the couple: Our families are amazingly talented at doing things that make a wedding come together, so we tried to feature as many talents as possible. Becky’s sister made the cake. Her mom and her friends tailored the dress. Ymir’s mom arranged the breakfast before the wedding, and cooked a traditional Icelandic soup for the dinner the night before. There was an impressive group effort (Becky’s sister & mom, Ymir’s parents) to feed everyone the day we arrived at the wedding site. Ymir’s sister married us. Ymir’s dad’s band which included his uncle played all our music. Becky’s little brother’s girlfriend sang a song for us. Ymir’s uncle brewed us beer, and another uncle baked us bread. Becky’s college roommates and friends gave a dance show and a lesson. The owner of the hotel was actually a relative (albeit distant). Ymir’s maternal grandparents were our witnesses at the legal ceremony, and Ymir’s paternal grandmother made favors for all 120 guests. We did not ask for wedding gifts, but we did ask people to bring wine, so the entire wedding night was served using the wine (and juice) brought by our guests. It does continue from there…but our wedding was about us mainly because it was arranged by our families and us. 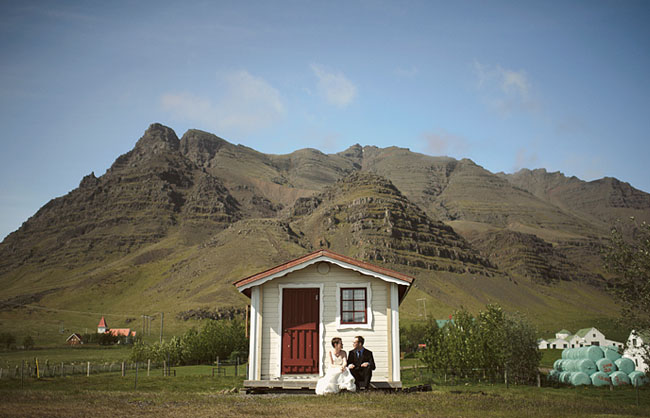 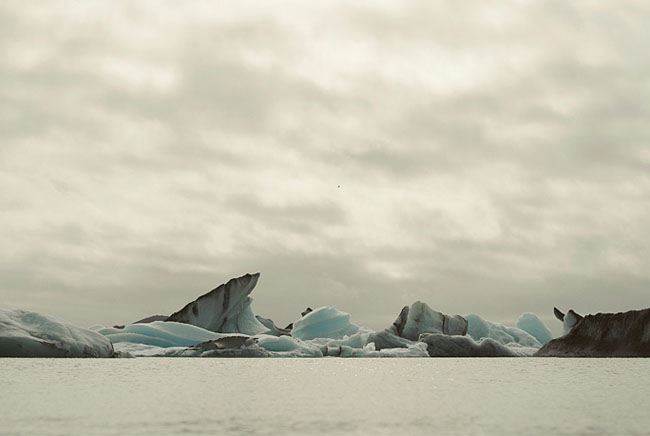 Most memorable moment of your wedding day?
In the morning before going to breakfast we were addressing last minute issues (what song should we dance to for our first dance, what were our vows going to be, how do we arrange the house music for after the band at night…). We were both sitting in our room working on separate tasks. Becky was flipping through songs as fast as possible to hear what they were since our music collection came to us by downloading the top 10 songs from popular artists arbitrarily selected from top 100 lists from 1999 onward on Billboard… and we had no idea what the songs actually were. Cheesily, we paused when she came to the song “Marry Me” by Train and let it play through rather than just hearing what it was and going to the next. But that was the moment it hit us that we were really getting married that day, not just arranging a party for our closest friends…and we surprised each other because we were both crying. No one was there but us, we were in our normal clothes, and we were working, but in a day of chaos and family crazy, this was our moment of space. 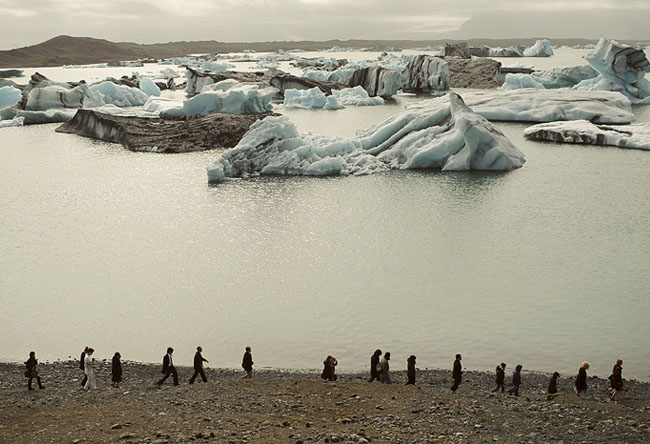 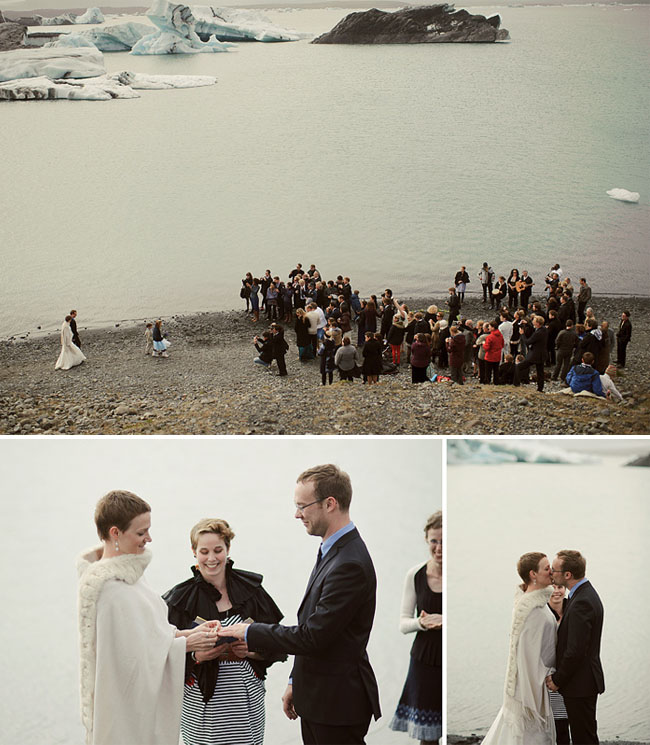 We wanted blended vows that combined both English and Icelandic, and we wanted something light (Becky’s mantra while Ymir and Embla were editing the vows was “No death! There will be no death in our vows.”). We were inspired by Dr. Seuss and managed to craft rhyming vows in English and Icelandic. Since we really were creating the vows the morning of the wedding, we wrote them on our palms, and we did have to access these “cheat sheets” during the ceremony much to the amusement of the guests. Embla presided over our ceremony in a suitably Dr. Seuss inspired striped dress and cape. The book she is holding in the photographs is Becky’s paternal grandfather’s original Icelandic-English dictionary from the 1940s when he began studying the language. 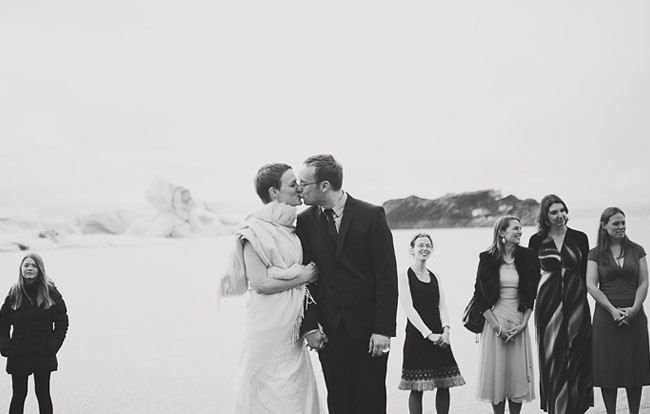 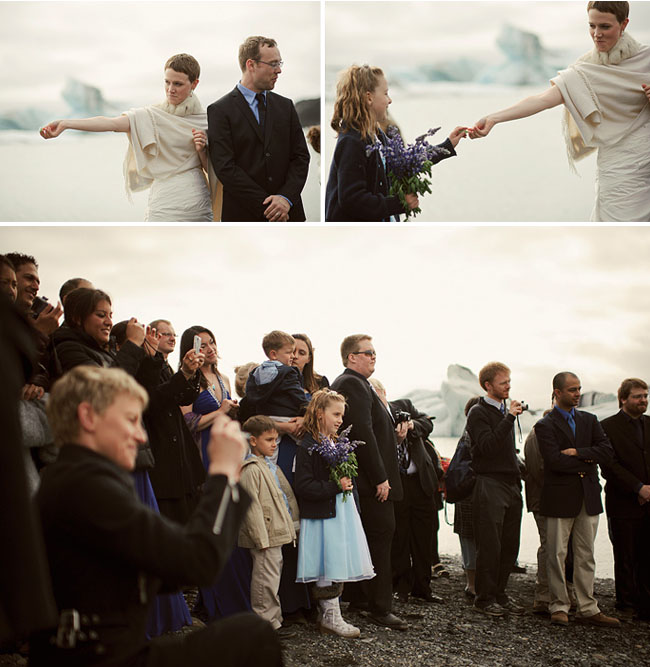 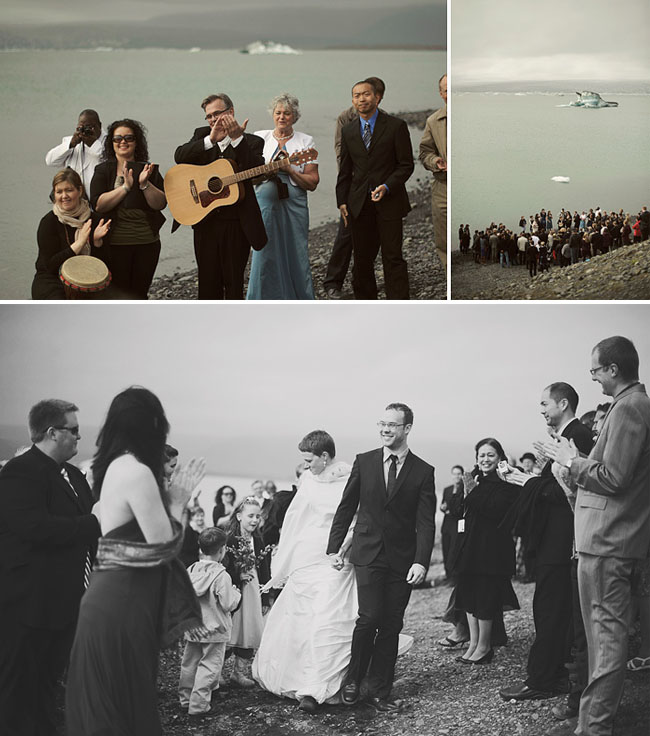 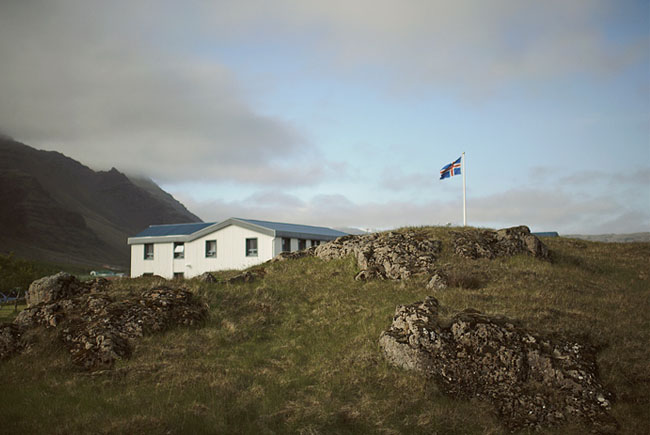 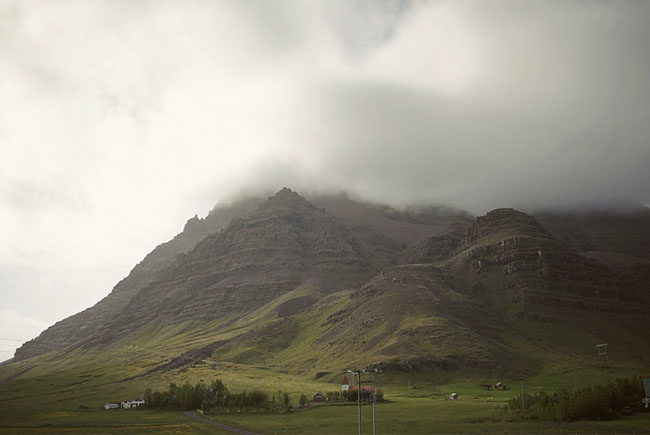 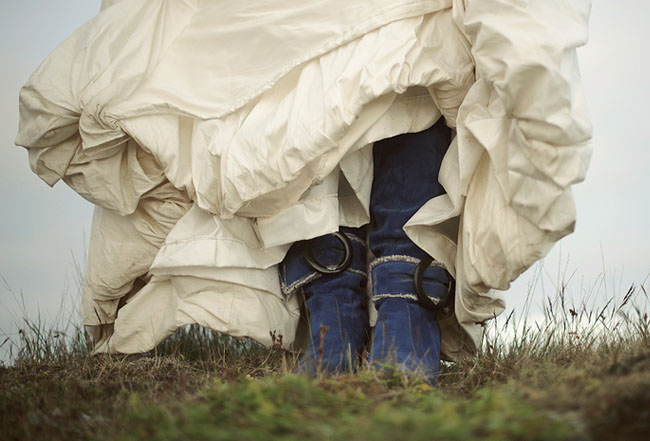 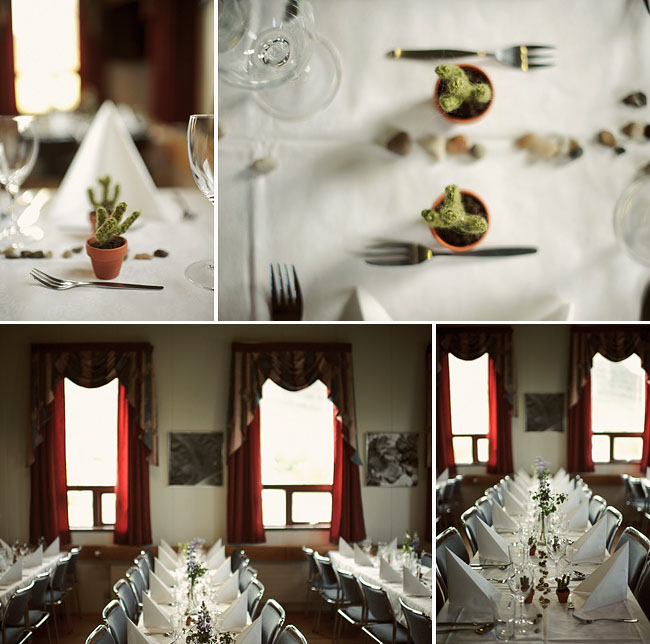 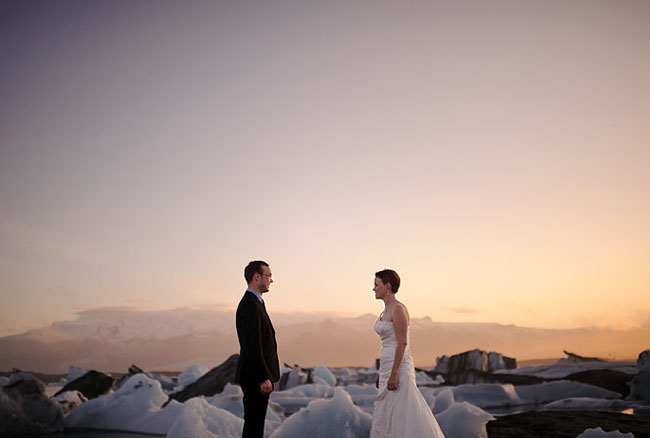 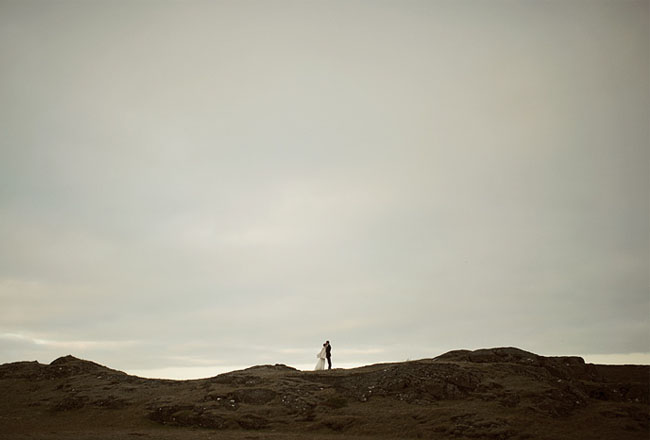 Any advice for those planning now?
Ymir: You can’t control everything. Things will happen in the course of planning and even during the wedding itself. Don’t let it ruin your fun!

Rebecca: I can give a bit of practical advice specific to our locale should anyone be contemplating Iceland. One of my American friends who lives here put it best just two days ago, “This is a country of optimists.” Optimists work on faith a good deal of the time. If you are doing any of your own planning from afar, expect that you will end up spluttering “How?? No, seriously, how?” at some point. Turns out though… they’re right. Everyone eventually had a place to sleep, we got all the passengers on the bus, and *almost* no one was poisoned.

Take deep breaths, send cheerful reminders, and find someone who knows the culture to help you. Understand that things happen that normally wouldn’t be on your radar (lambing season, volcanic eruptions, people cancelling because they are ‘at sea’, hotel owners suddenly disappearing to say…Amsterdam). Ingenuity solves lots of problems here that it wouldn’t in other countries. And hey – now we know how to use a credit card machine, and that people generally tolerate getting the wrong hotel keys a maximum of two times before it’s no longer funny to them that their room was already full.

What to do when a volcano plans to erupt…
One of the Icelandic volcanoes decided to erupt three weeks before the wedding, directly between Reykjavik where all our guests landed and Hofn, where the wedding took place. Luckily, the glacial melt went North instead of South over the mountains and did not wash out a necessary portion of the road until after the wedding. We steadfastly refused to plan for volcanoes or earthquakes from the get go, so we ignored the volcanic eruption news for as long as possible, and eventually it stopped, about a week before the wedding. It did make the drive between Reykjavik and Hrollaugsstadir have a spectacular resemblance to the surface of the moon.