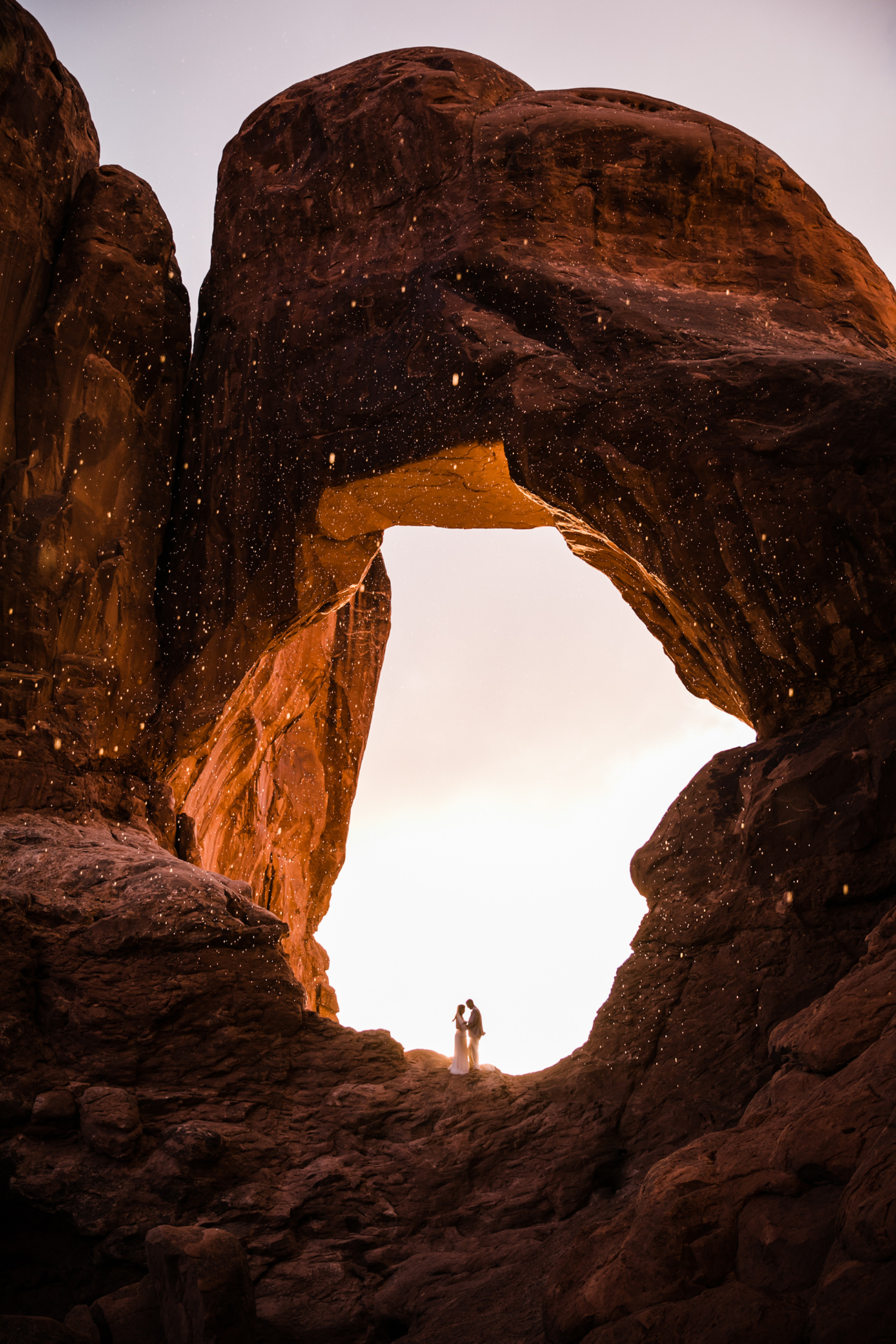 Hey friends! Did you know that it’s National Park Week?! Each April the nation celebrates these iconic places of beauty, by highlighting their history and conservation efforts, while encouraging everyone to get out and explore. With so many unique places across the US (and Canada…and the rest of the world, for that matter!), we aren’t surprised that national parks routinely top our charts of coolest places to elope + have intimate weddings in… So much so that we actually created this post on ‘How to Elope in a National Park.’

Did you know that Yellowstone was the first national park in the US? Yep, it was officially founded in 1872—though it’s much, much older than that—and was followed by Sequoia National Park + Yosemite National Park in 1890. Places perfumed with ponderosa, and trees as far as the eye can see, it’s no wonder why so many people choose national parks for their weddings, honeymoons, and proposals! Thinking about stepping foot into one of these incredible locations? We’ve rounded up some of our favorite weddings + elopements to give you an idea of where you might like to start! Now on to the purple mountains majesty… 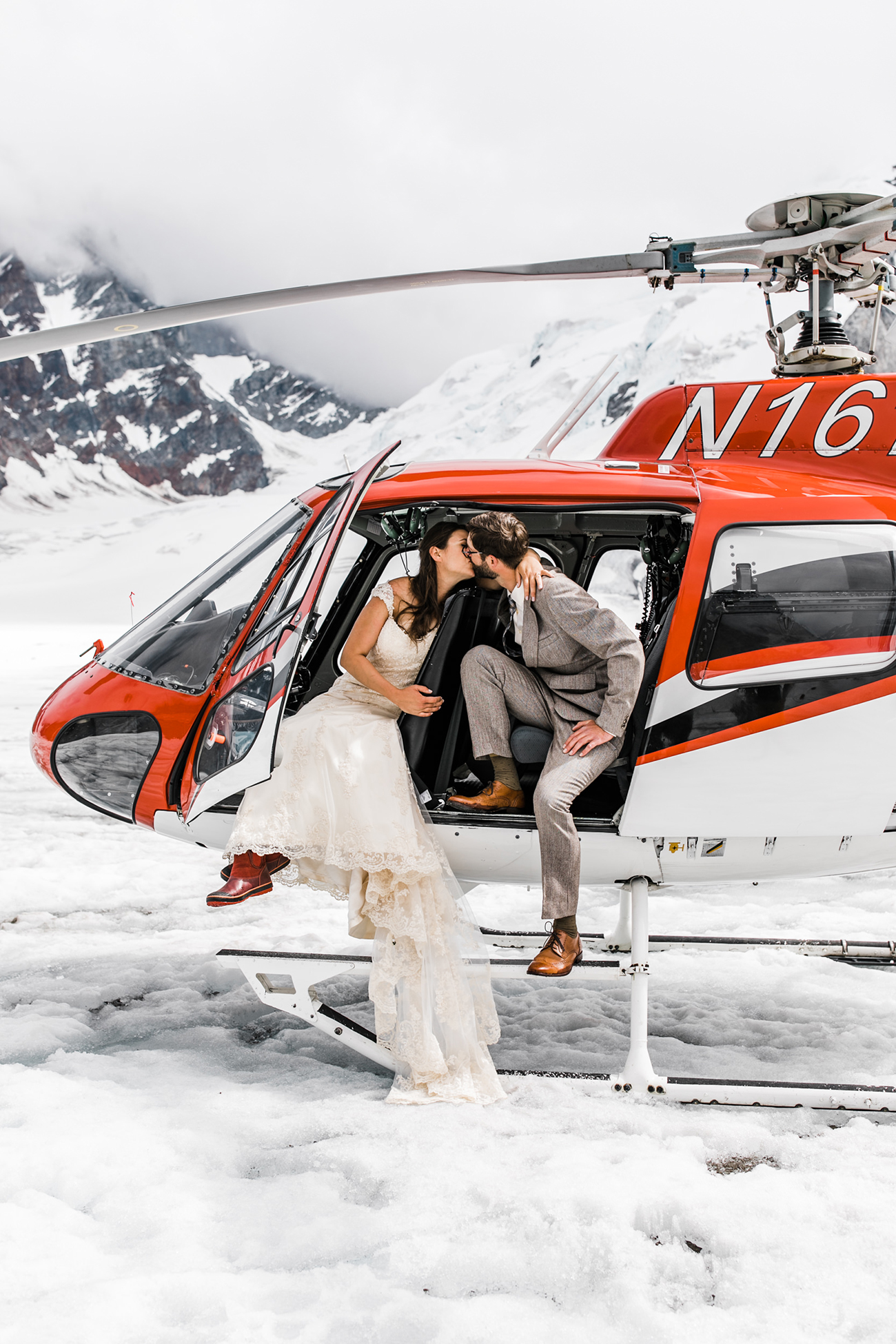 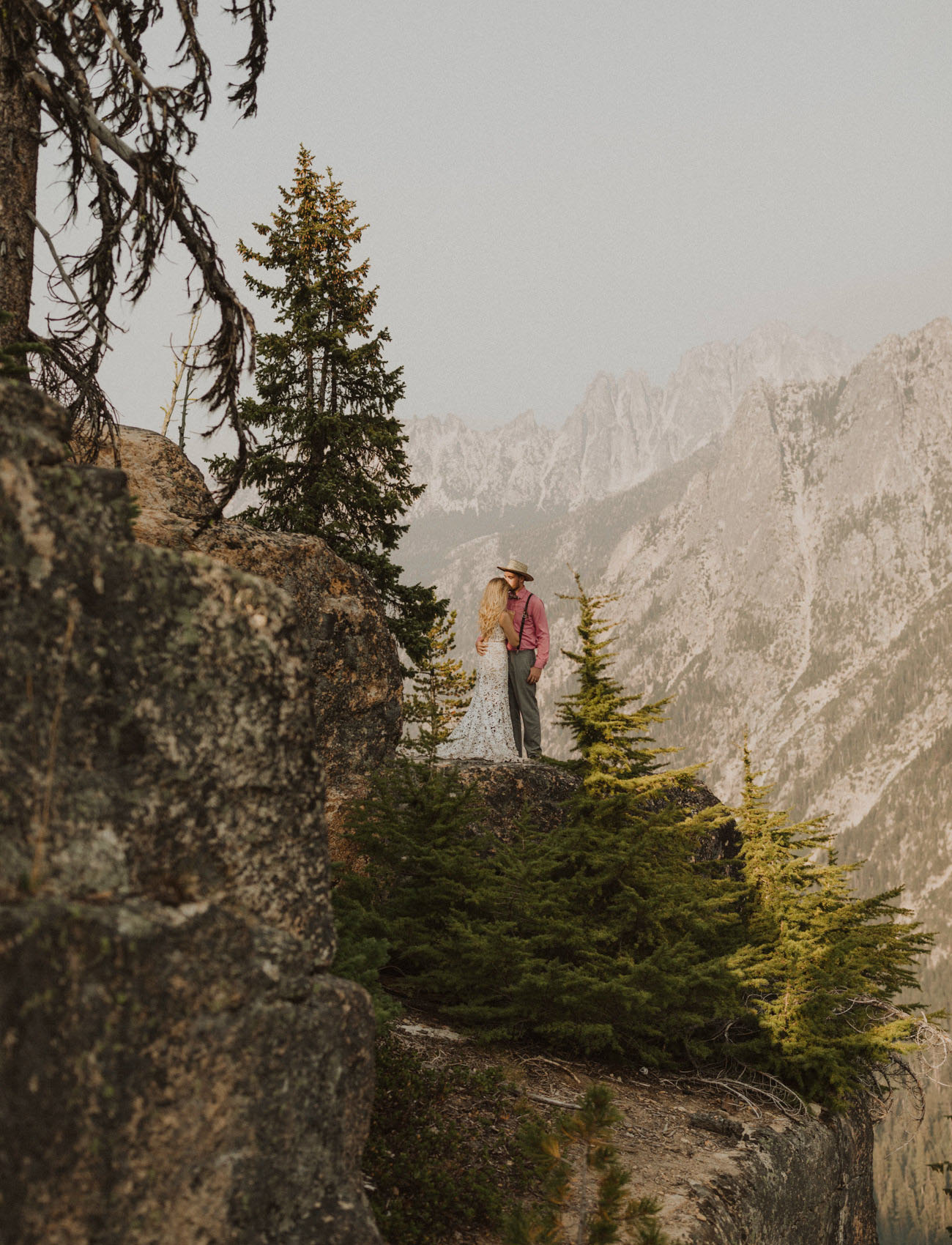 Joshua Tree National Park // photo by Eden Strader Photography from this From Bridal Hats to Pampas Grass to Starry Designs — This Joshua Tree Wedding Has It All! 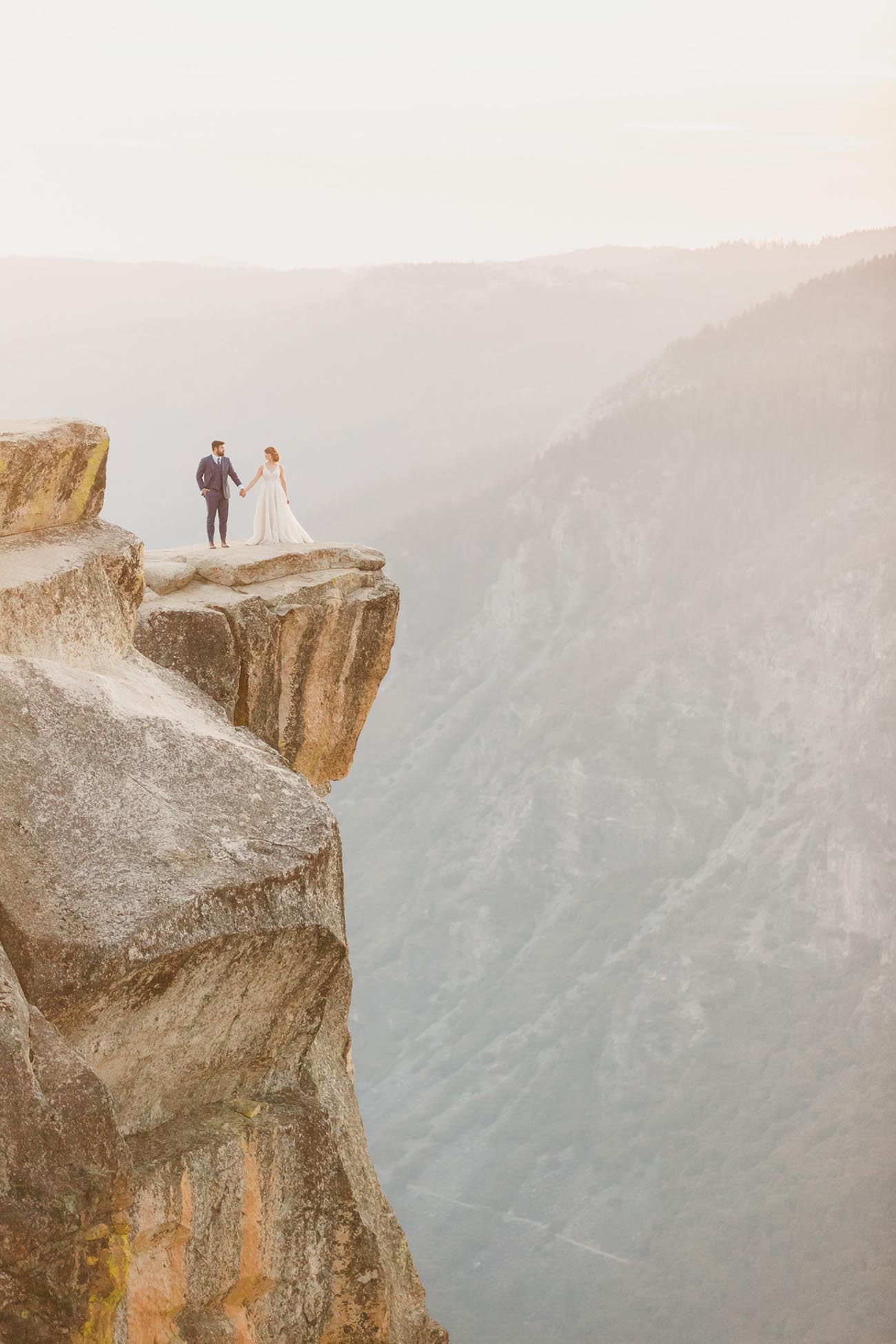 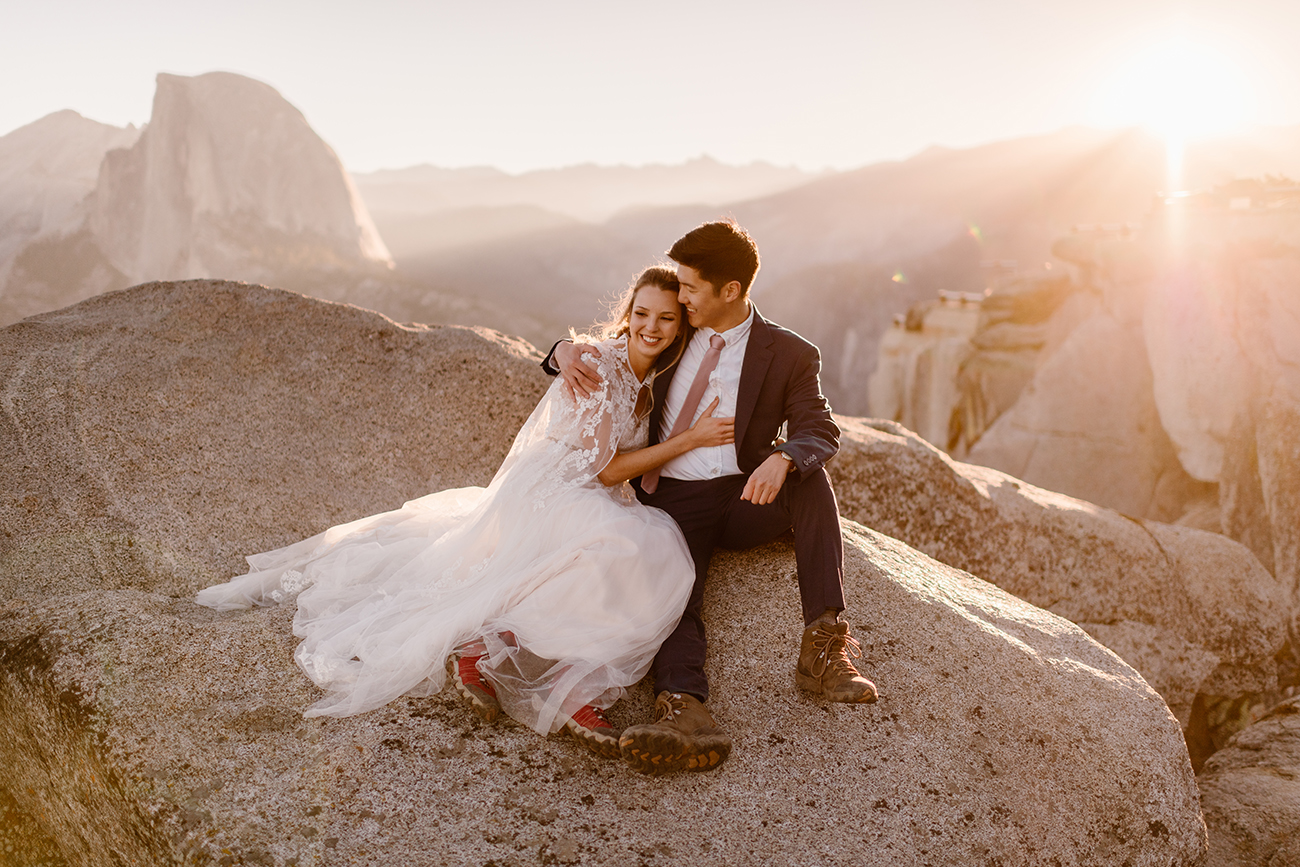 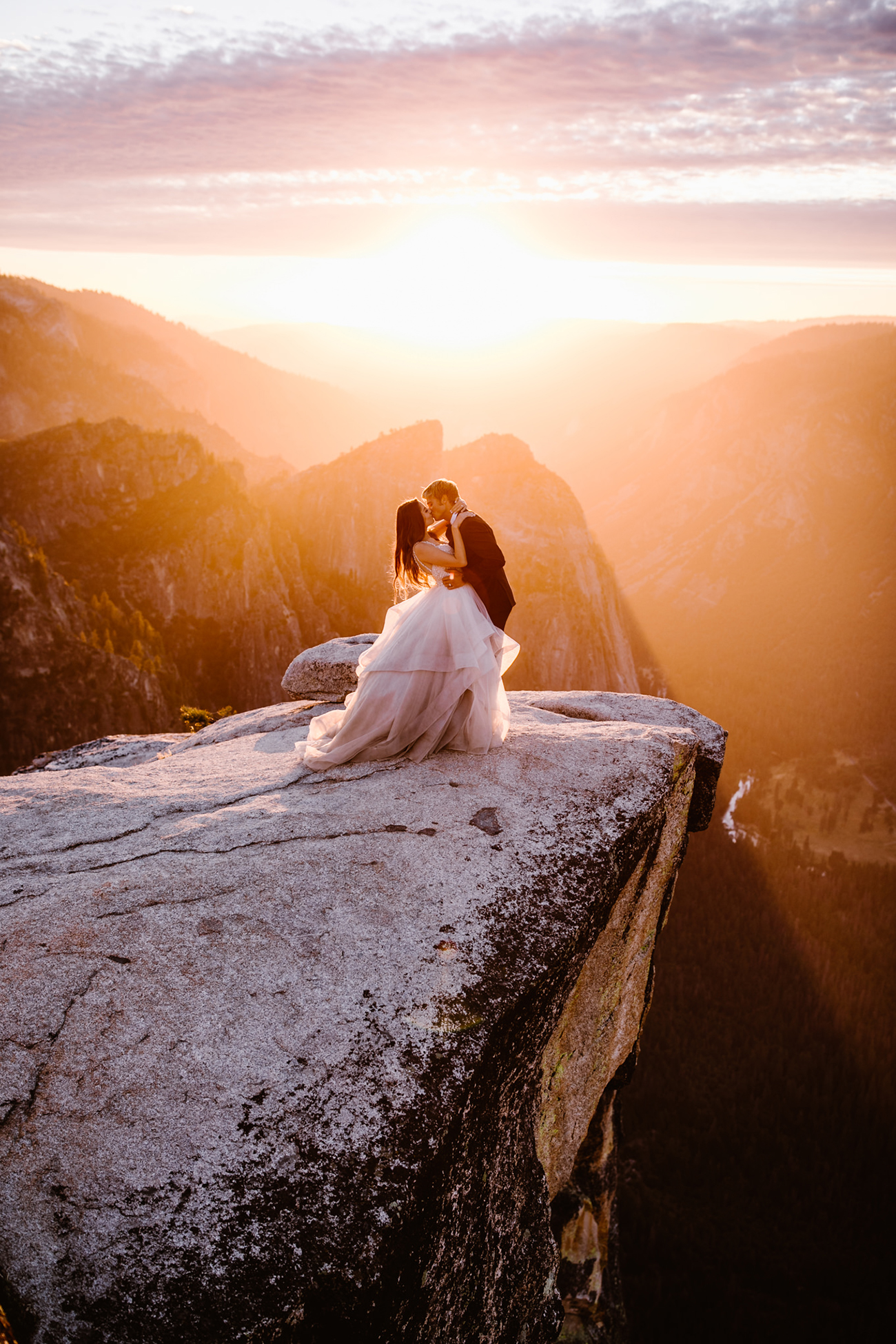 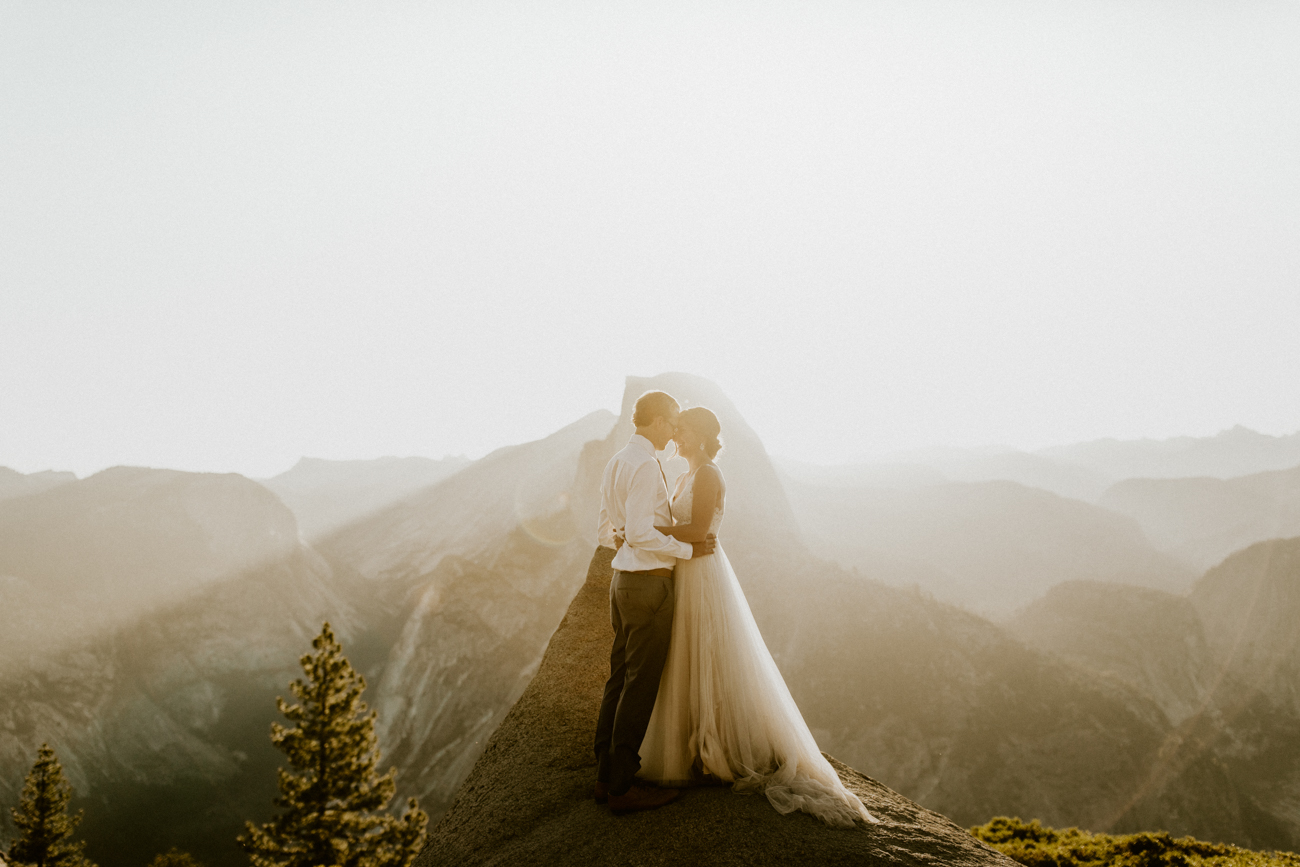 We asked adventure photographer, Abbi of The Hearnes, for her advice when it comes to eloping in a national park. She shares:

Eloping in a national park is such a wonderful way to skip the big wedding traditions and do something that feels right for you two. My biggest advice when you start planning your elopement is to get in touch with your dream photographer as soon as possible. Some of our couple’s best experiences have been in places they didn’t know existed, during seasons they didn’t know were the best, doing things they didn’t realize they could do on their wedding day!

When planning your adventure elopement in a national park, your photographer is often the only vendor you work with directly on your wedding day, sometimes your only vendor period! So make sure your photographer is an expert, has experience in the outdoors, is confident in any lighting and weather scenario, AND (most importantly) knows the regulations and rules in place in the national park.

Be sure you have a permit (required for any wedding in a national park, even elopements!) and you respect the rules of the park. It’s your special day, but you’re still sharing the park with other tourists and all the generations to come, so while frolicking through a meadow might be pretty, make sure you’re not walking across a fragile restoration area or stomping plans! The best rule of thumb is to imagine 100 people doing whatever you do later that day—if it’ll destroy the place, don’t do it! Your photographer should be aware of these things and should never encourage you to do anything that is dangerous for the park or for yourself.

Lastly, remember to have fun and embrace whatever comes your way! Some of our favorite elopement experiences have been when weather was “bad” or plans had to change. That’s the beauty of eloping! 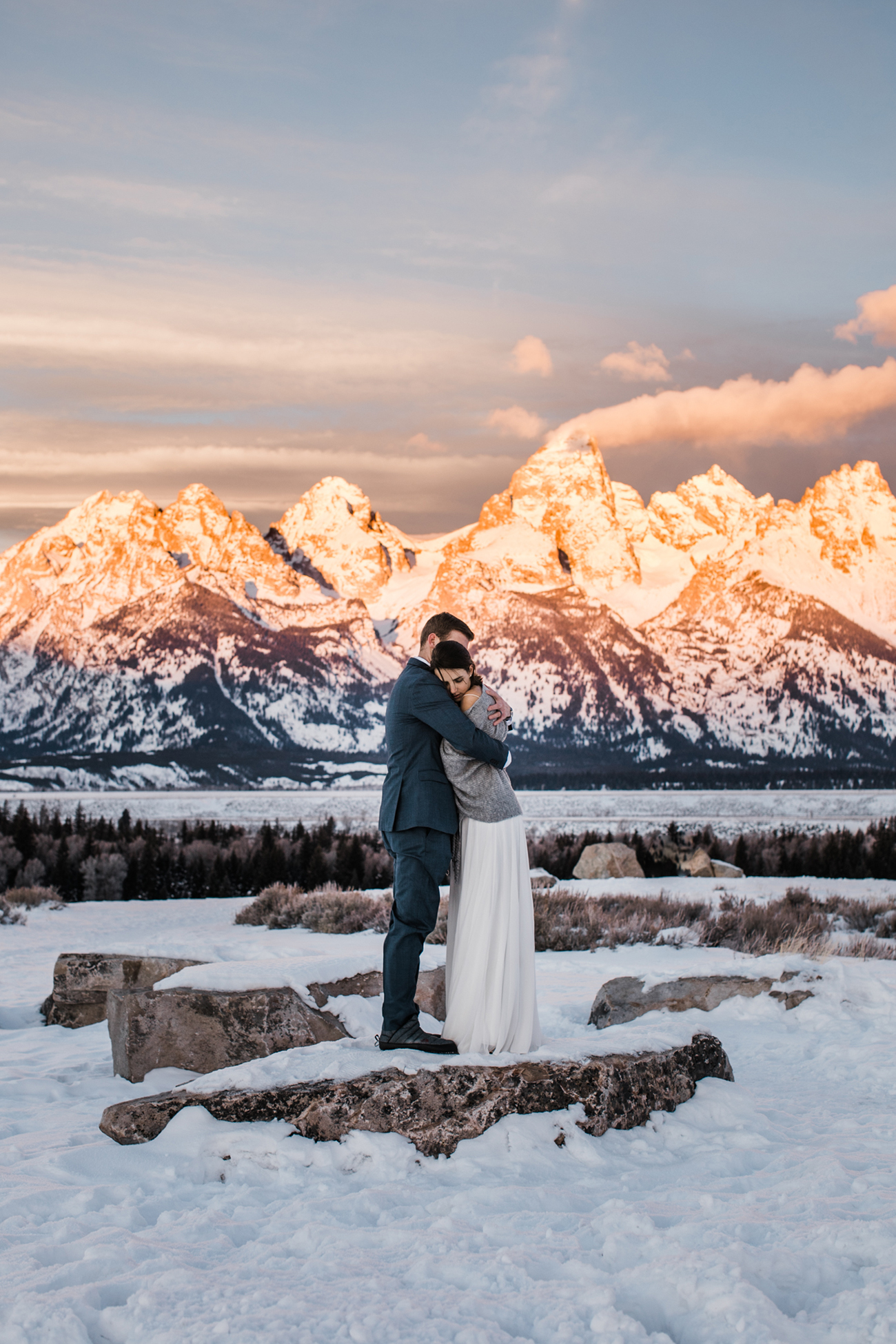 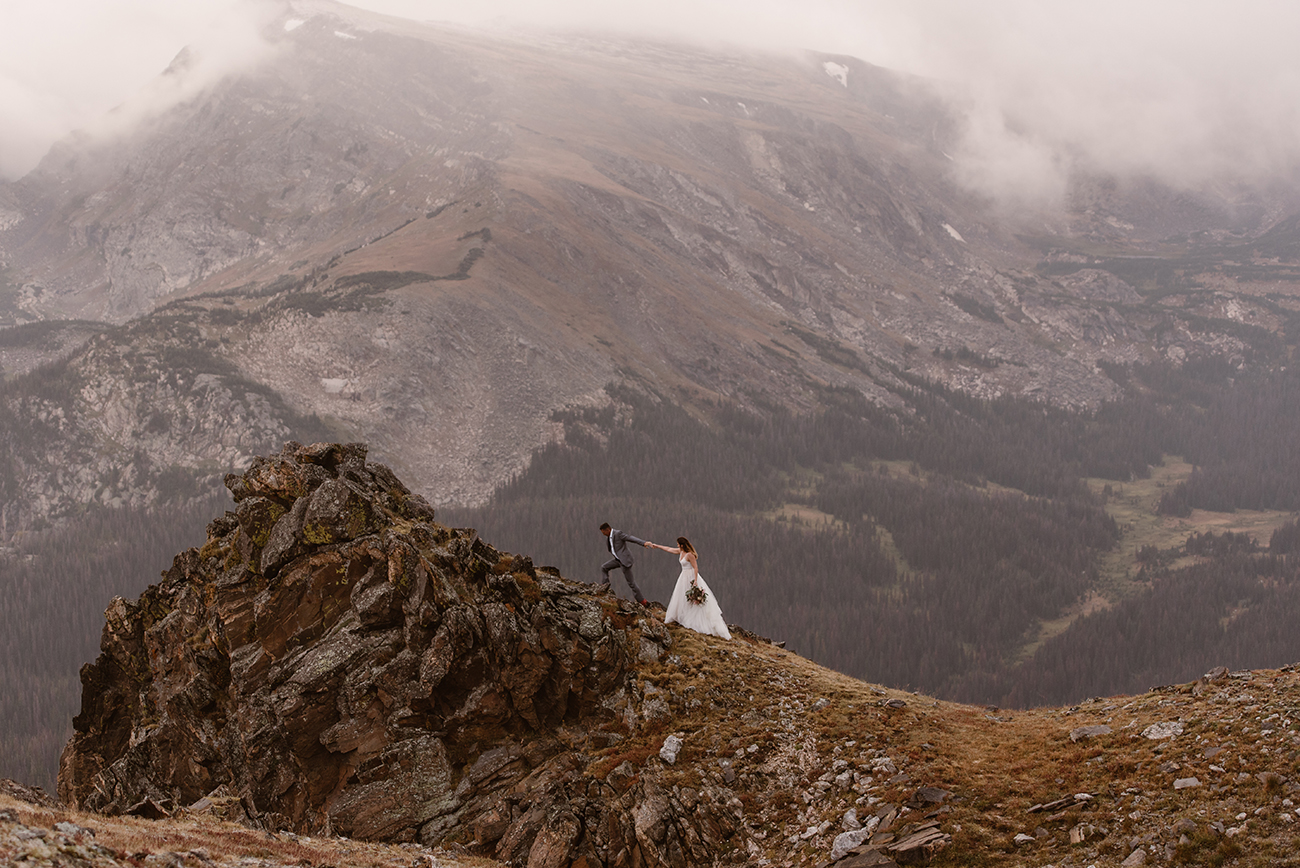 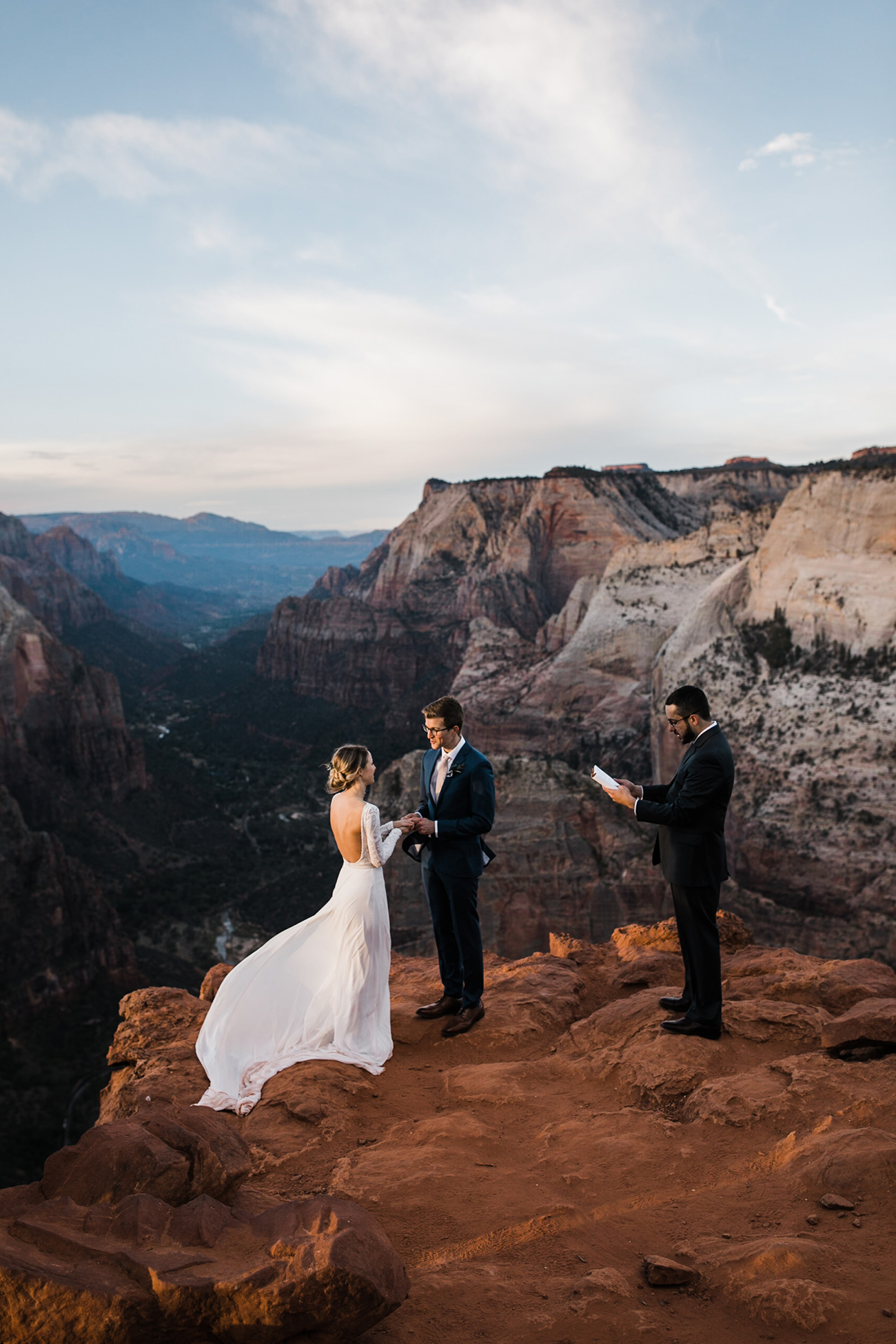 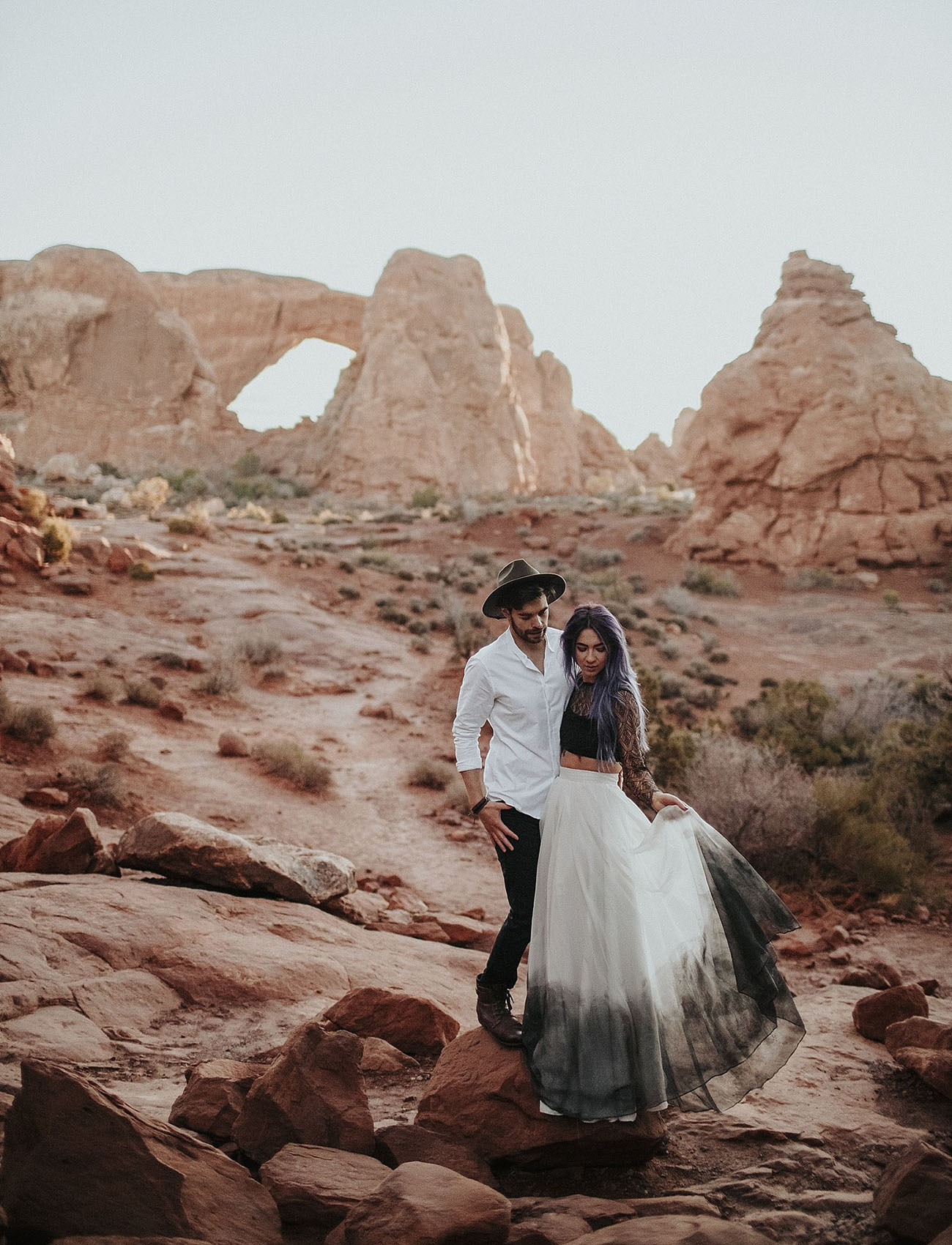 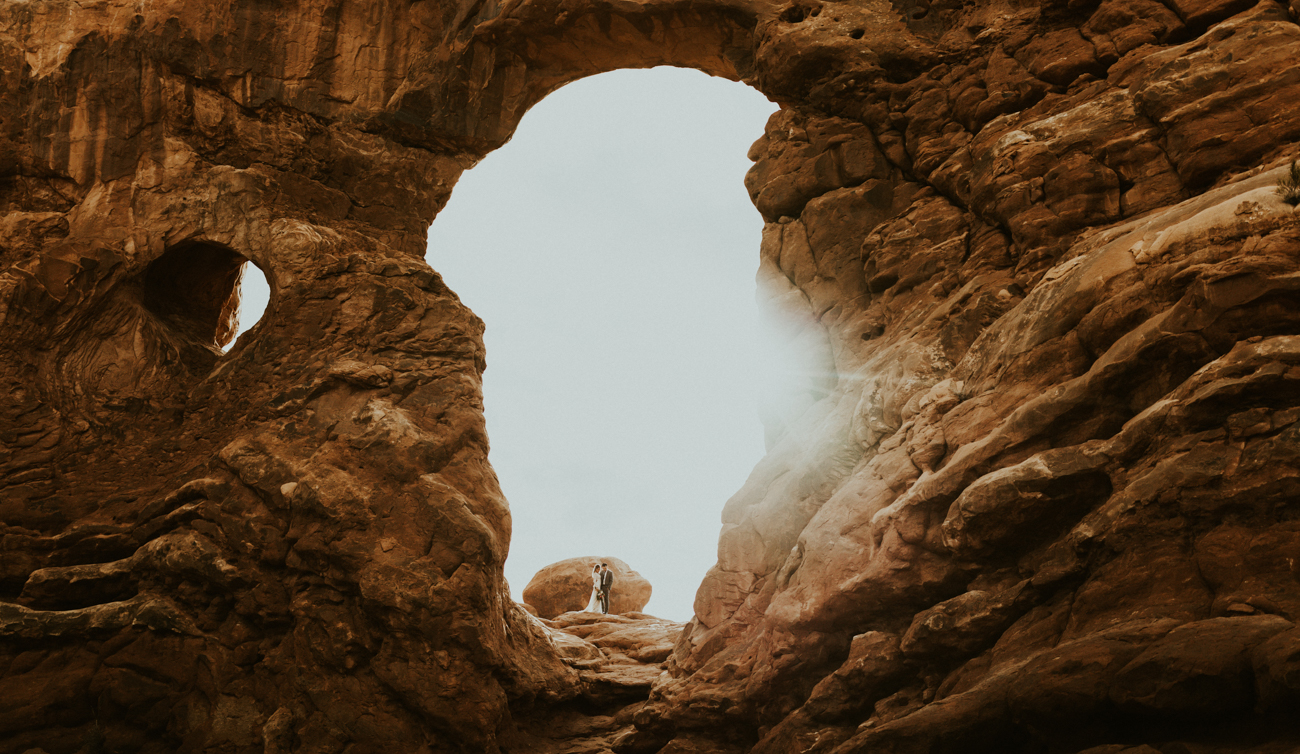 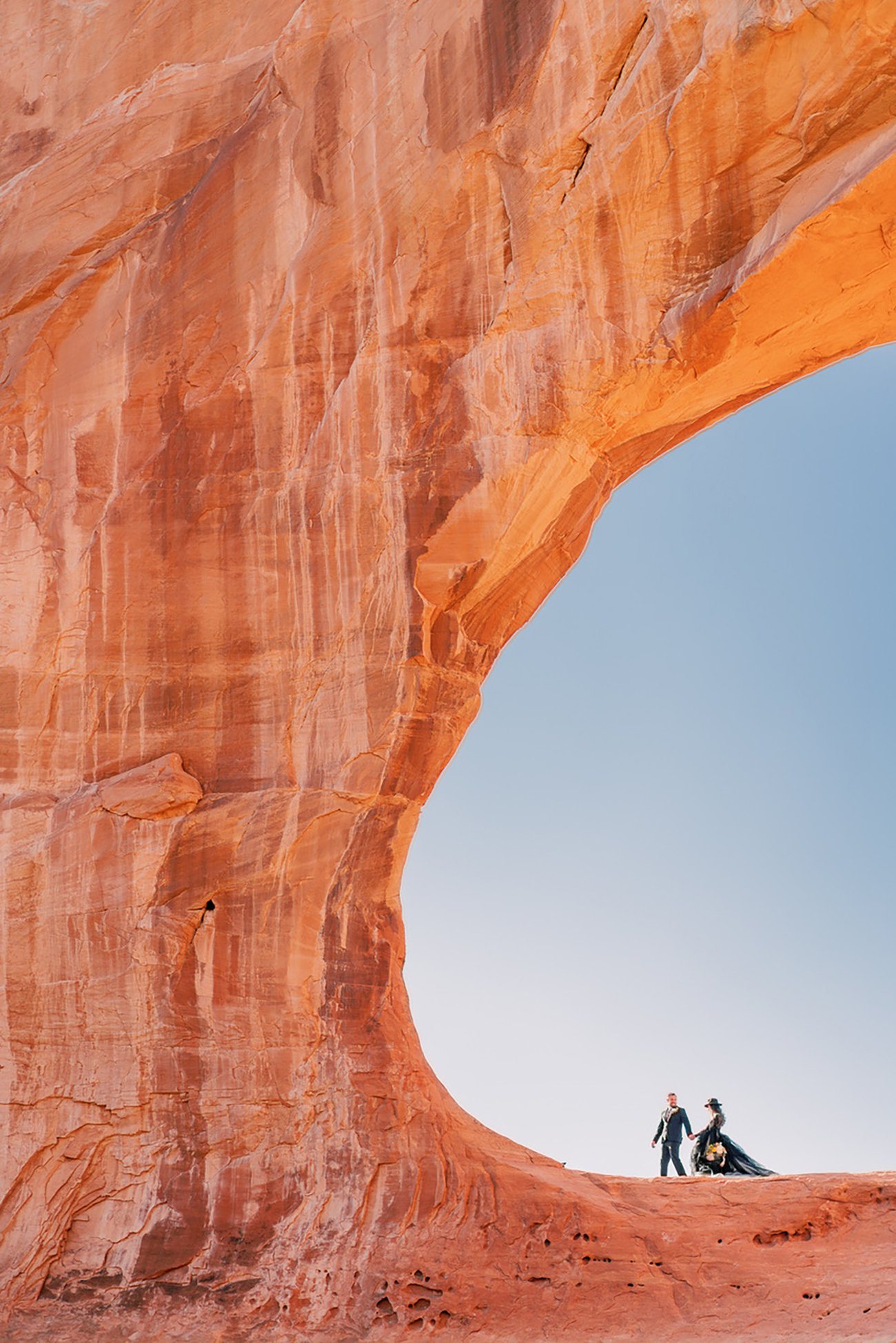 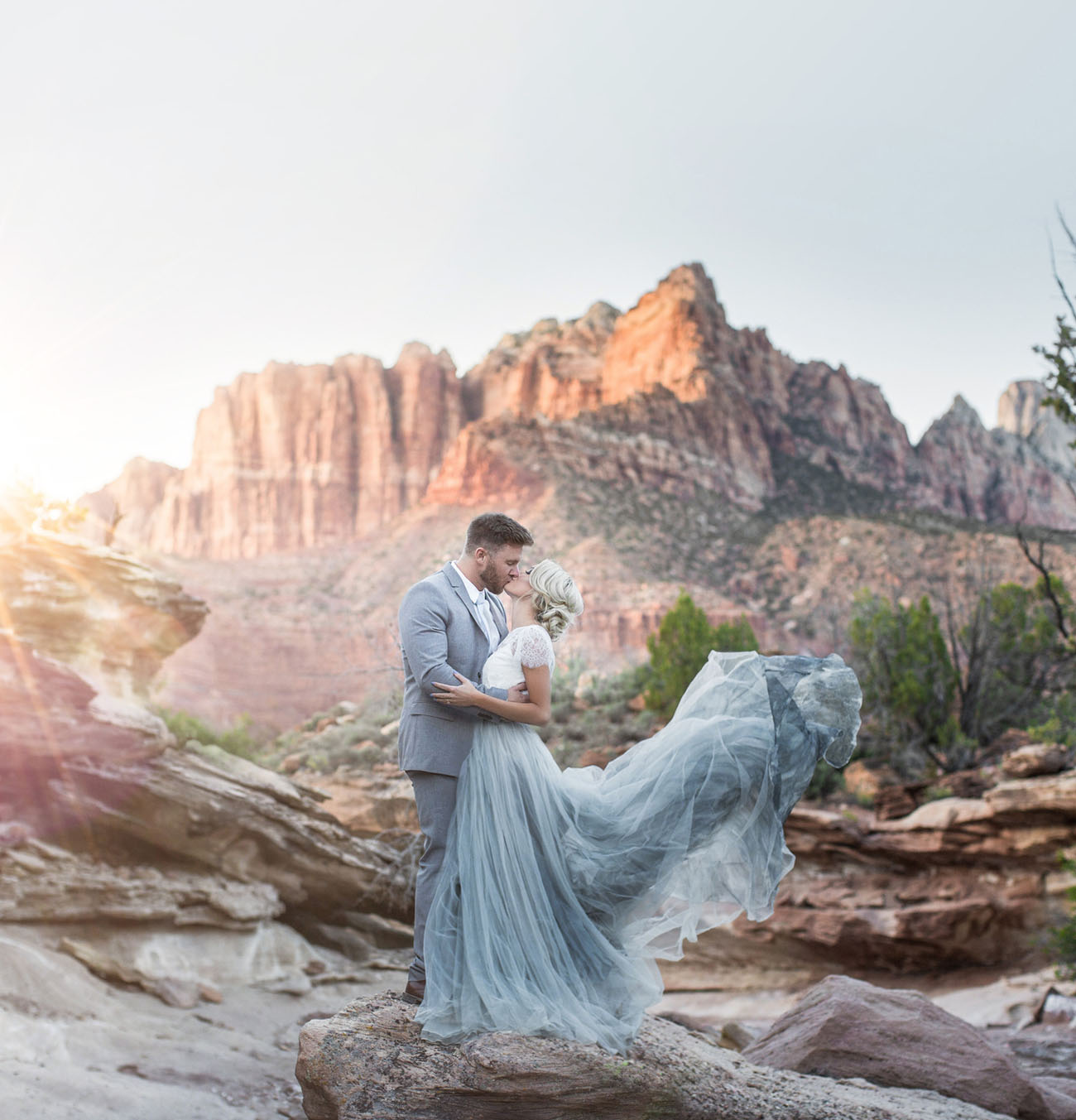 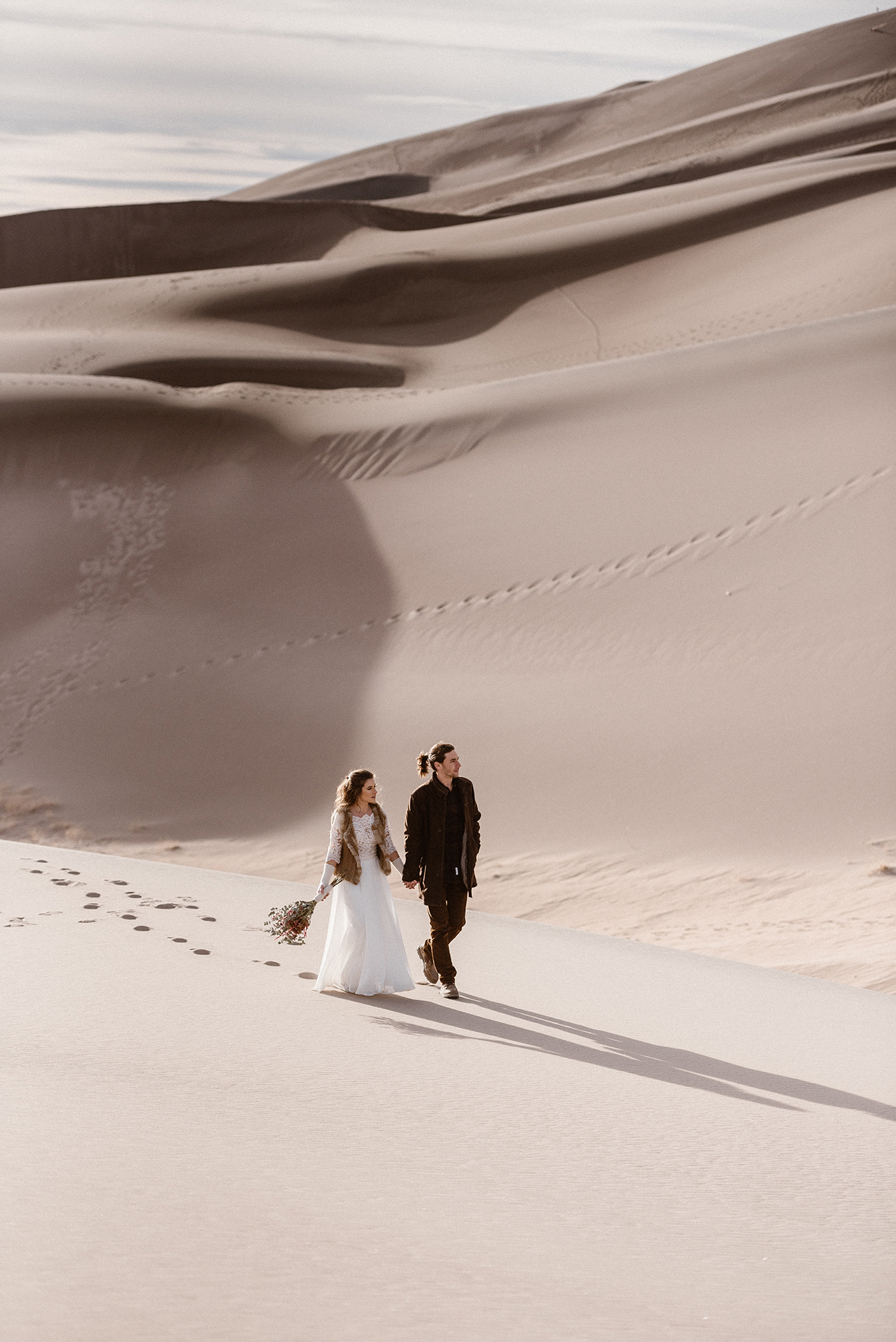 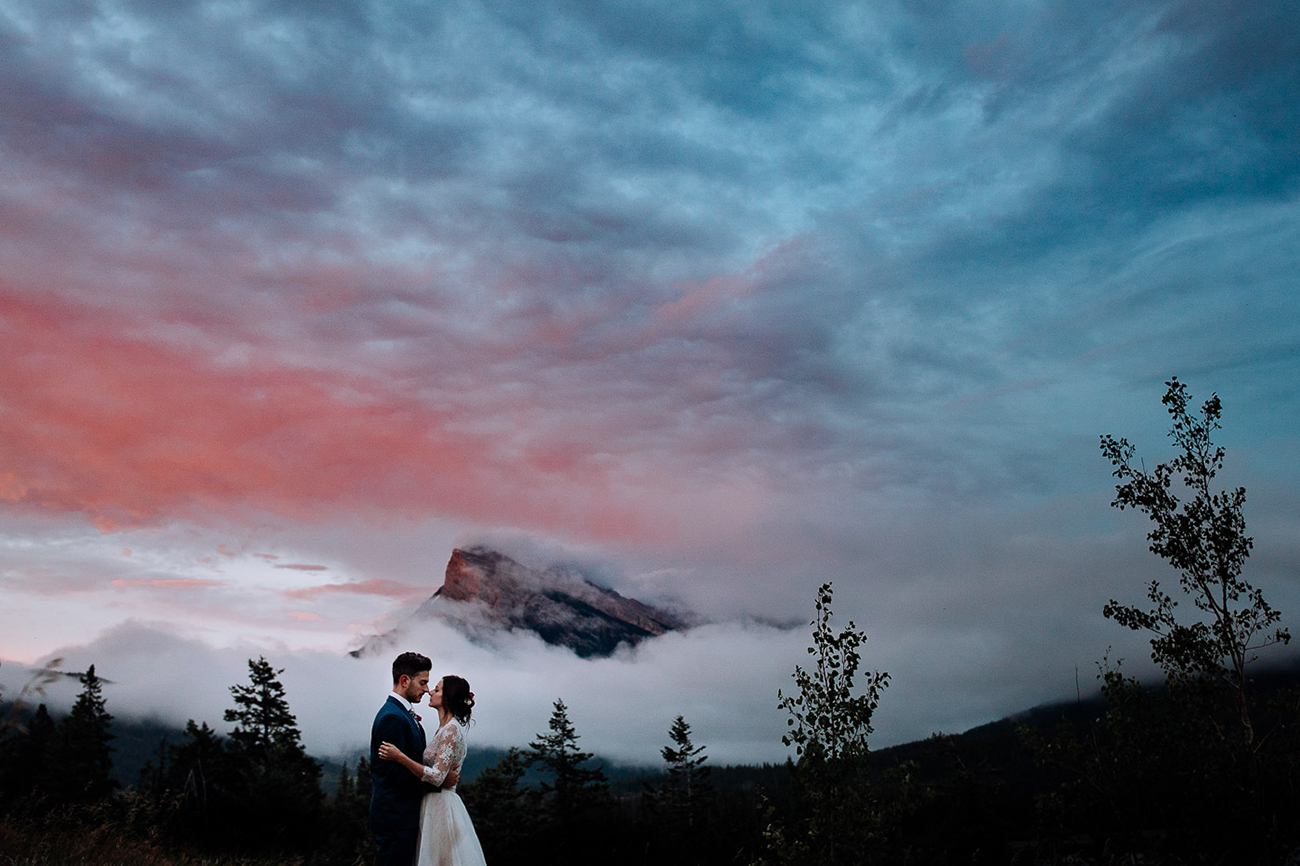 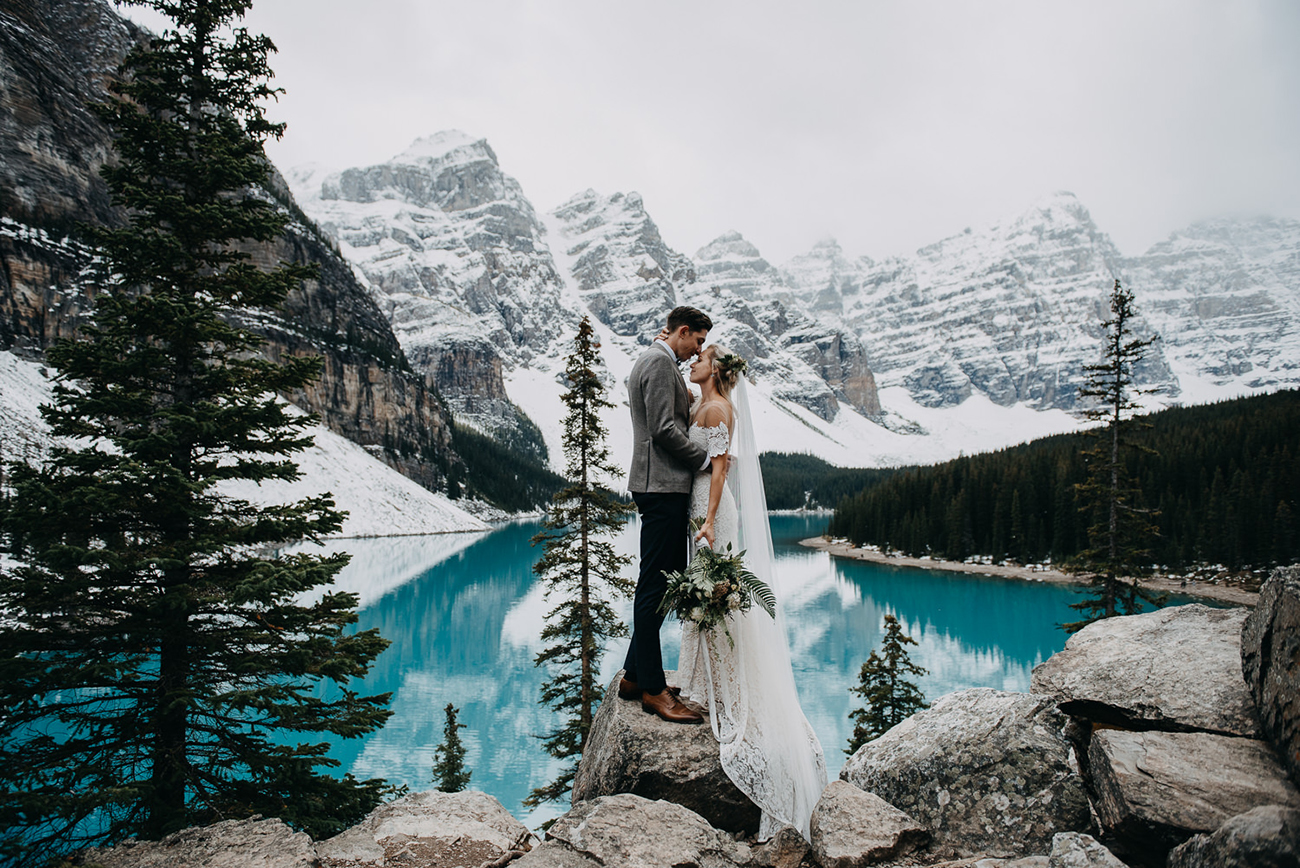 So, which park are you eyeing? There are so many cool places to explore…so here’s an idea for you: why not make a road trip out of it with your love and adventure in as many of these wondrous locations as possible?

If you’ve said your vows in a national park, we’d love to hear about your experience in the comments below!