You guys! We have the sweetest mountaintop proposal to share with you today, captured beautifully by the talented Benj Haisch! Anje + Alex have a pretty cute story of how they met, and the thought + effort that Alex put into the proposal really is just the sweetest! Since we love hearing a love story from the guy’s perspective (usually so endearing, with funny anecdotes!) we’re sharing his entire recount of the event – and the time leading up to it – throughout the post! And we know you’re going to completely fall for these cuties, so we just had to share their gorgeous wedding today, too! Be sure to stop back in a little bit to see how they sealed the deal in a stunning, industrial Washington loft!

Alex says, Anje and I officially met in class at the University of Washington, and I made a terrible first impression with her by being the class no-it-all. Luckily, 3 weeks after class started, I broke my femur and had to drop the class. I even messaged Anje on Facebook to see if she would give me a ride to class, which she politely ignored. Breaking my leg ended up being one of the best things that ever happened to me as it gave me a chance to redeem myself with Anje. A few months later Anje sat down next to me at our favorite Coffee Shop on campus, and we have been together ever since. 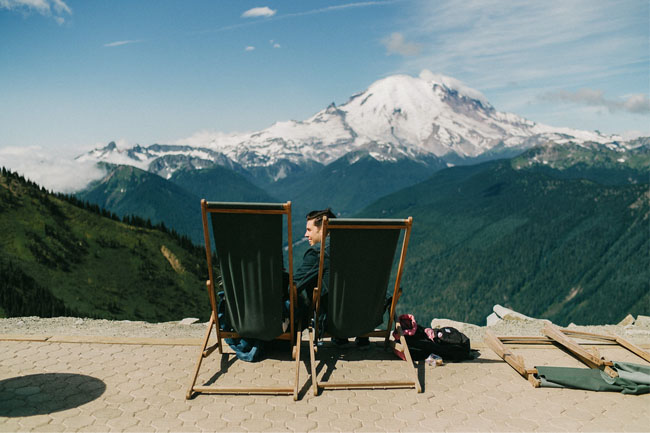 My goal for the proposal was to make it as secretive as possible, so I decided to start taking Anje to breakfast every Saturday for a few months before I would even ask or knew how I would ask. Although this was part of the proposal plan to try to help it not seem like anything was out of the ordinary when I would propose, it ended up being a great way for us to spend quality time together, and makes Saturday morning breakfast that much more special even now. I really felt like this was a great way to keep things secret, but she had a REALLY good idea the day that I was proposing. As much as I tried, she totally saw it coming.

After multiple Saturday morning breakfasts and knowing I wanted to marry Anje, I had a small problem, I had no idea how I would ask. For the longest time (even before I met Anje) I wanted to propose right before I jumped out of an airplane. The only problem with this was the fact that I was terrified of heights, and ballin’ on a budget. As this had been my plan for such a long time, I was at a lost when it came to coming up with anything else. So I ended up calling on some outside help from my parents and grandparents to help lockdown some sort of plan. 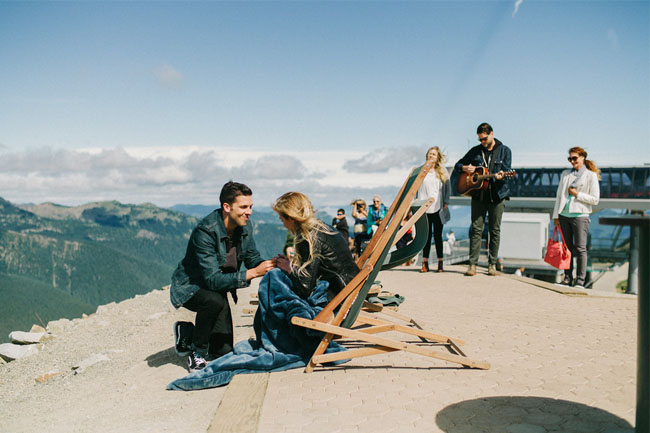 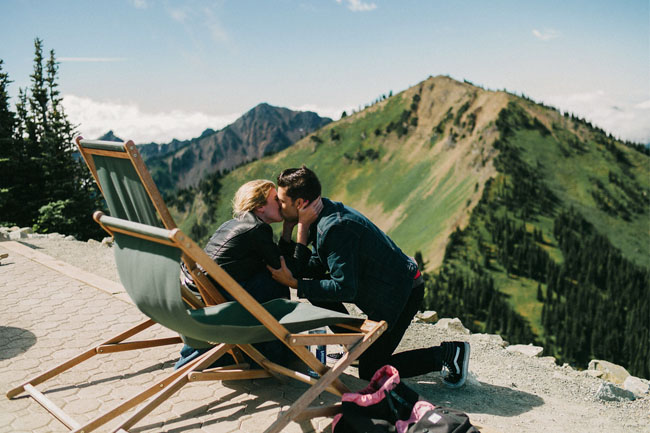 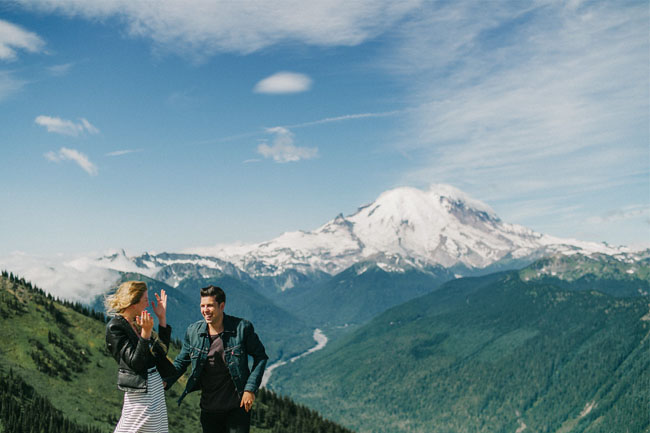 On the location, Alex says, After tossing around ideas for a good while with my parents, and grandparents, sitting in my parent’s living room, my Grandpa Joel said: “Why not Crystal Mountain.” I initially rejected the idea, because it seemed too easy: the gondola takes you straight to the top, there’s no snow (Anje and I love to snowboard), and it’s an Instagrammers dream – all of the beauty with none of the work. After looking at the reasons I didn’t want to do it, it made so much sense of why I should. The other key element to Crystal Mountain was that Anje and I had our first date going snowboarding at Crystal Mountain. It seemed crazy that something so simple could fit so well. 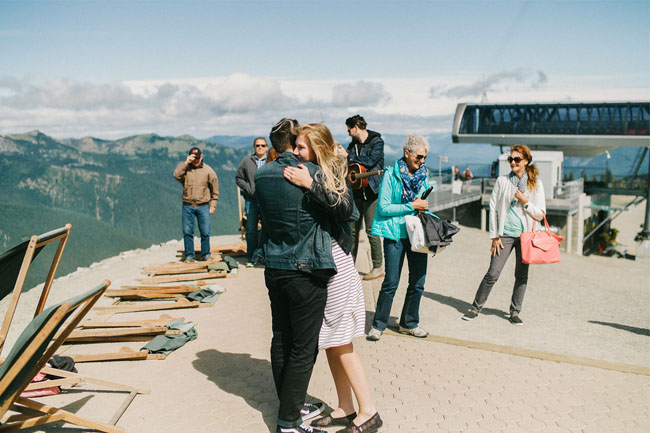 I felt I needed to spice things up a bit more than just having some lunch at Crystal and then popping the questions, so I pulled a couple other small moves in attempt to make things more special. Anje is from South African and Afrikaans is actually her first/primary language. As I packed her lunch the night before I wrote a couple little cute messages on her sandwich bag in Afrikaans, and drew some cats on there as well. I mean, come on, what girl doesn’t love cats?!

The music was another thing that I felt like Anje would really appreciate it. One of her best friends Caroline and her boyfriend Taylor (who is one of my good friends), are both incredible musicians so it only made sense to have them add a musical element to the mix. Anje and I were initially planning on getting married in January (which later moved to March), so Taylor and Caroline were playing “January Wedding” by the Avett Brothers. As soon as she saw them she knew. 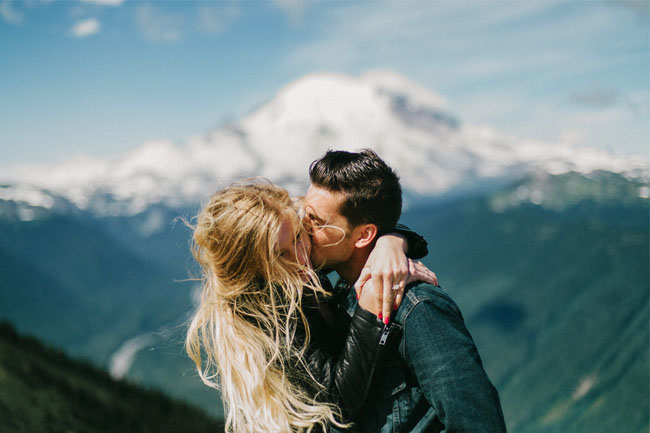 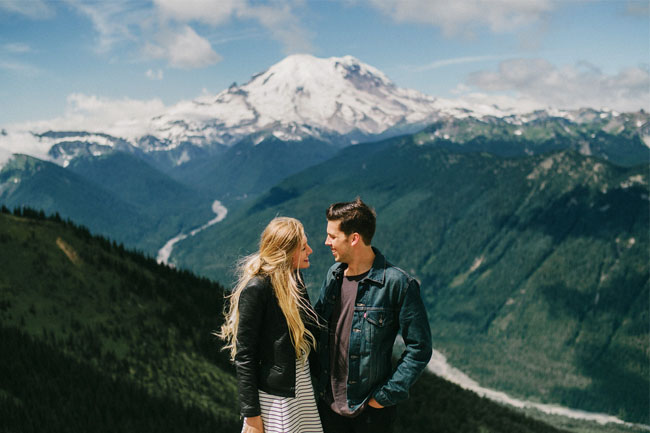 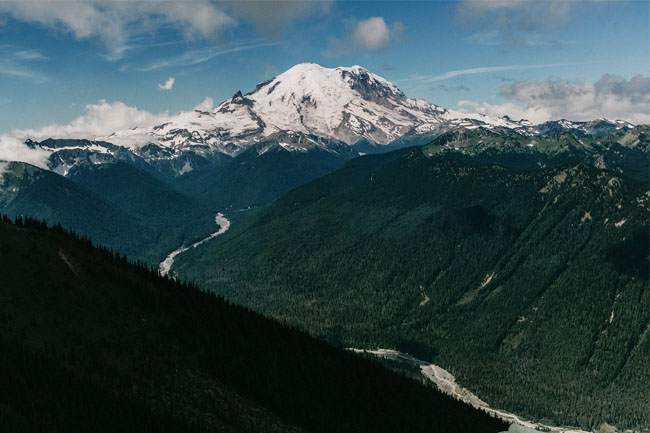 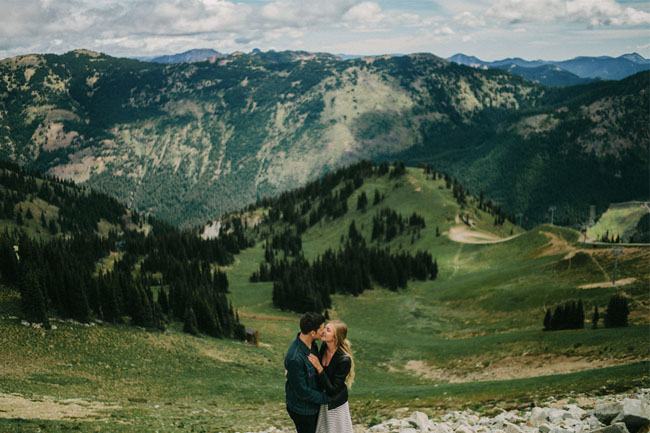 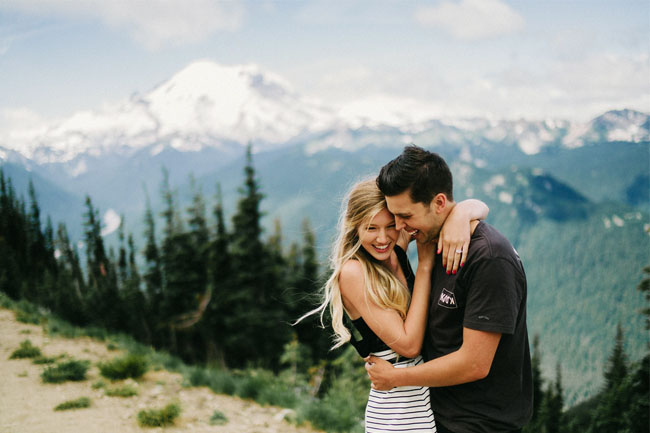 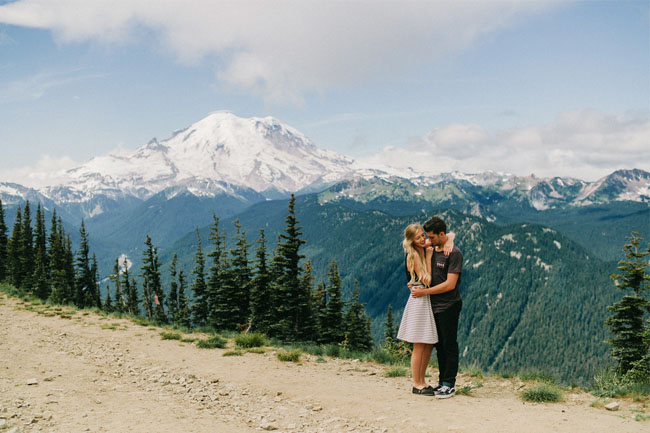 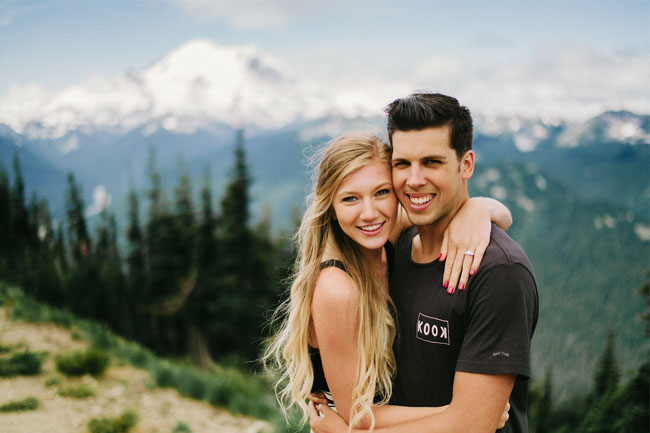 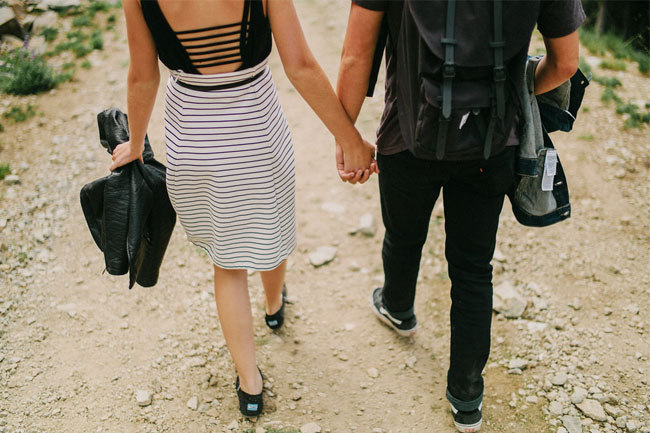 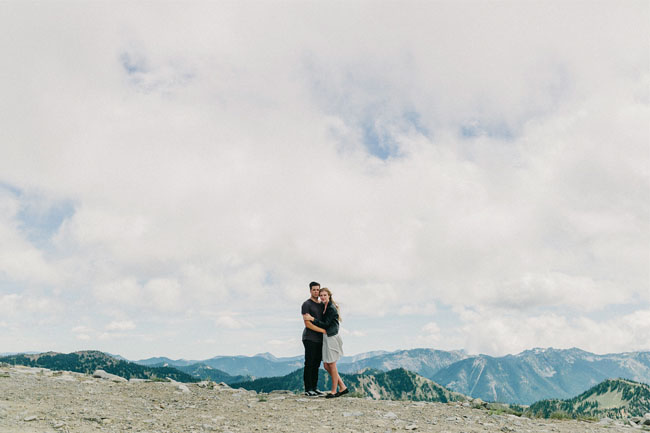 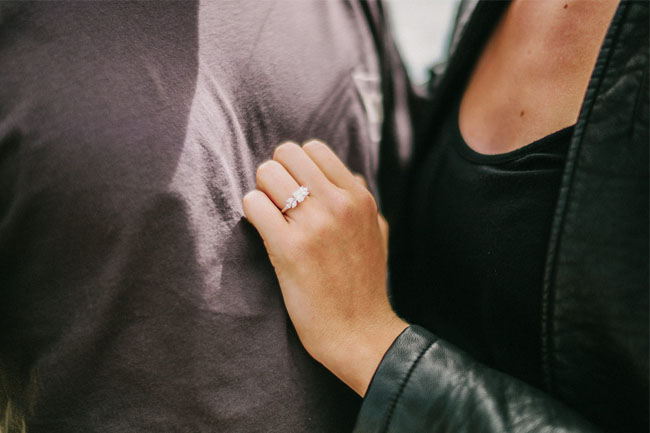 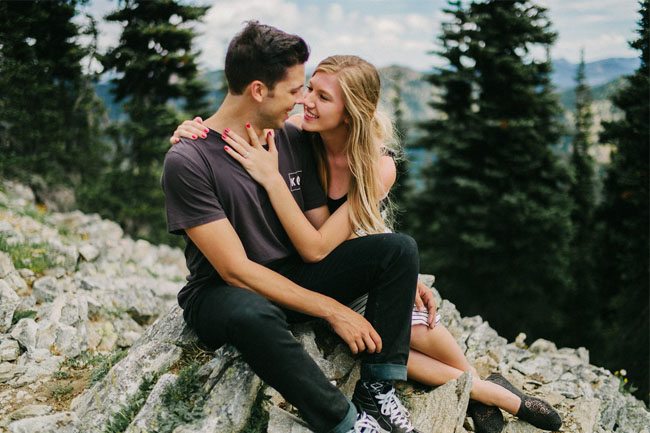 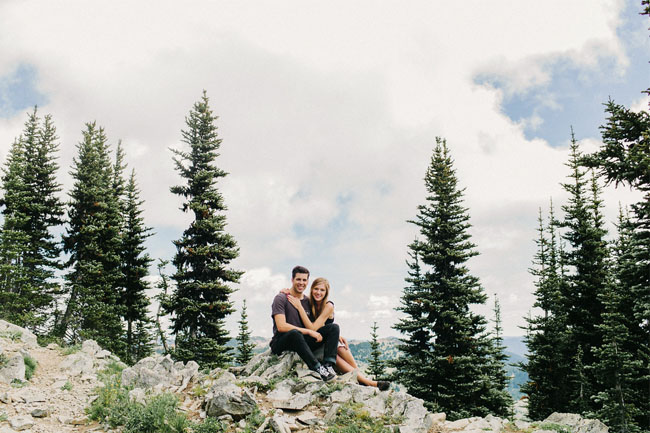 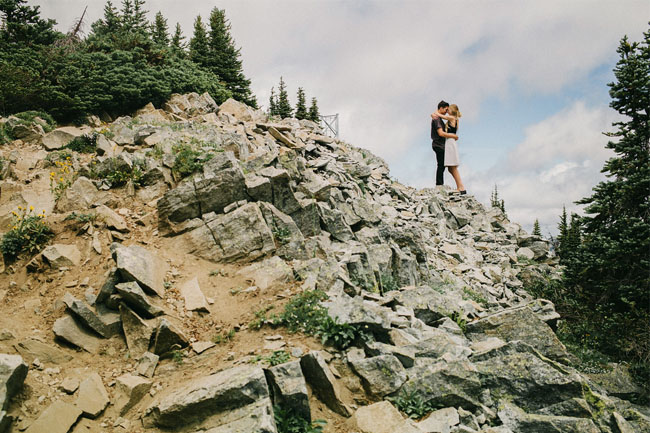 The final and most important piece to the puzzle was making sure we got photos of the proposal. Obviously, this is super important to have, but it means a bit more from Anje. Anje is from South Africa and loves all of her friends and family from back home. It always kills her that she does not get to experience all of the life events that her friends and family back home are going through. I knew it was essential to document the proposal so that she could share with her friends and family back home. This major planning portion of getting a wedding photographer is almost cheating for me because one of my best friends and oldest brother is one of the best in the business. Benj absolutely killed it capturing our proposal, and I cannot think of anyone else I’d rather have do it. I may be biased, but I think the photos speak for themselves.

So perfect, right? And we have Anje + Alex’s gorgeous Washington loft wedding coming up in just a bit!