Not long ago in a galaxy very, very near to ours…

Jonas + Staesi’s love story is that of a shared love for each other, as well as one particular cultural icon of a film series – Star Wars! And so, without much debate from either side, they got to work on incorporating a few Jedi elements into their big day with the help of Disney’s Fairy Tale Weddings! The venue? Brisa Courtyard at Disney’s Grand Californian Hotel & Spa. The dress? Handmade by the Groom’s aunt. The ring bearers? High-jacked by the cutest mini Stormtroopers you ever did see! We’re obsessed with the subtle details throughout, down to how Darth Vader himself appears to be on his best behavior for Jonas and Staesi’s day.

Jonas is a videographer at Aria Studios in Honolulu where he works with Holly, who came along to photograph the couple’s celebration! 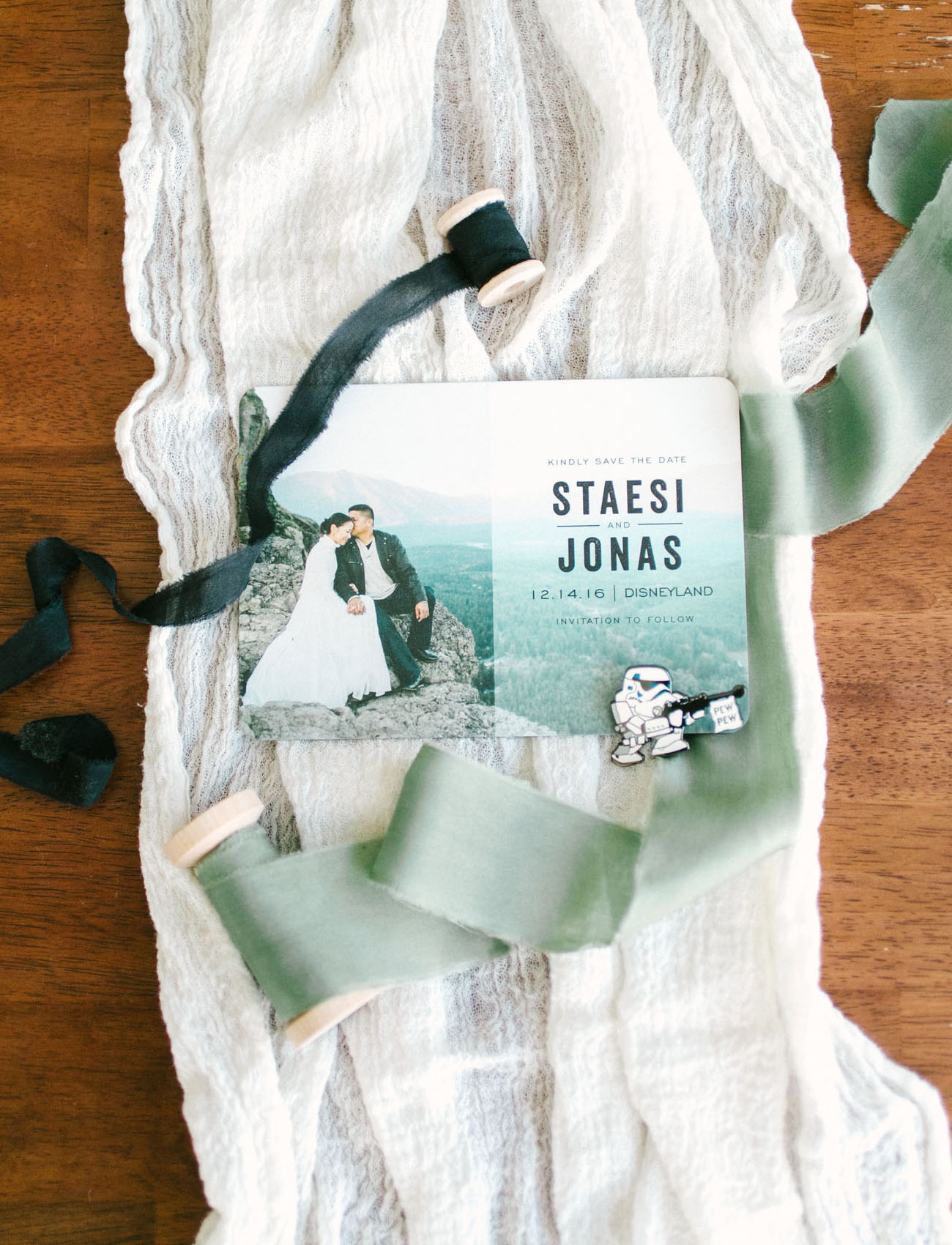 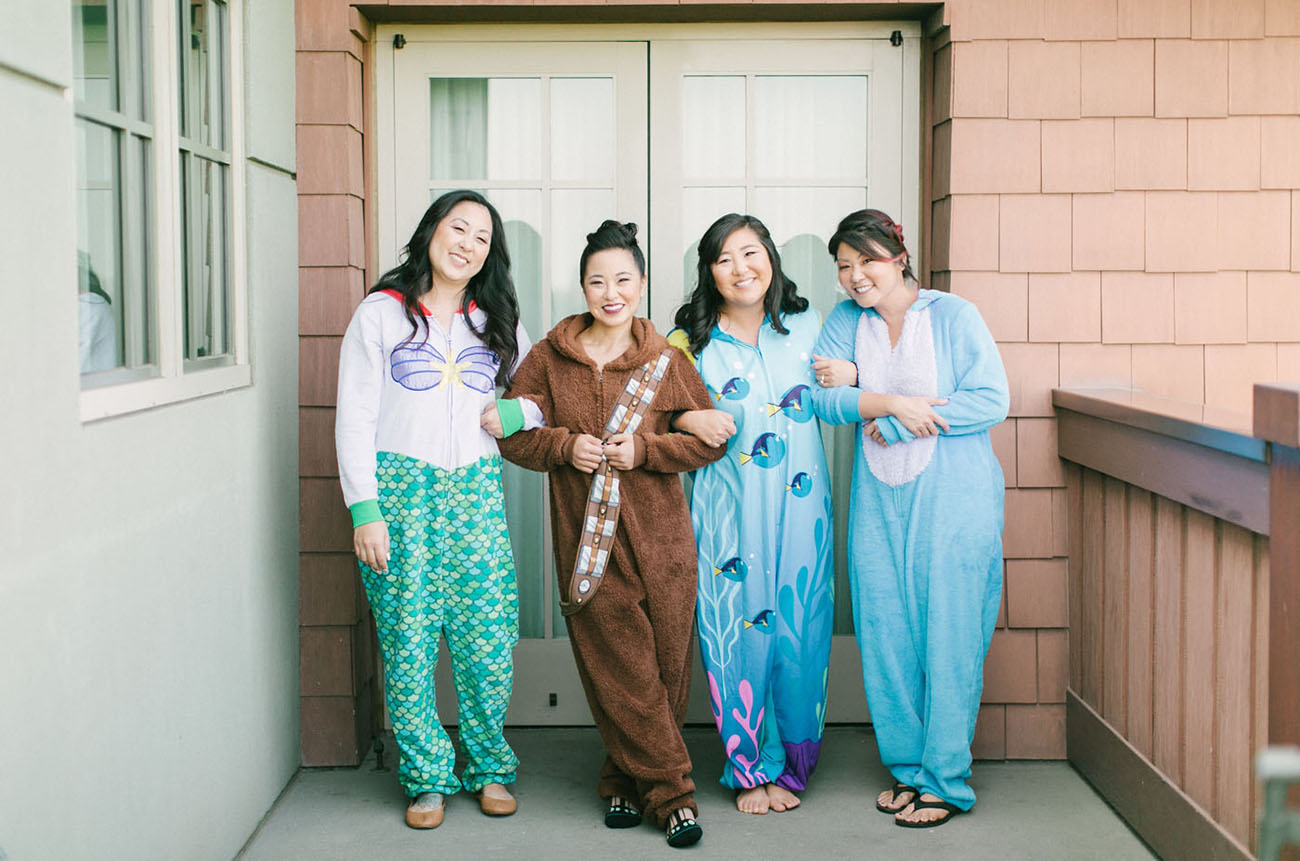 From a cute + cozy Chewy to… 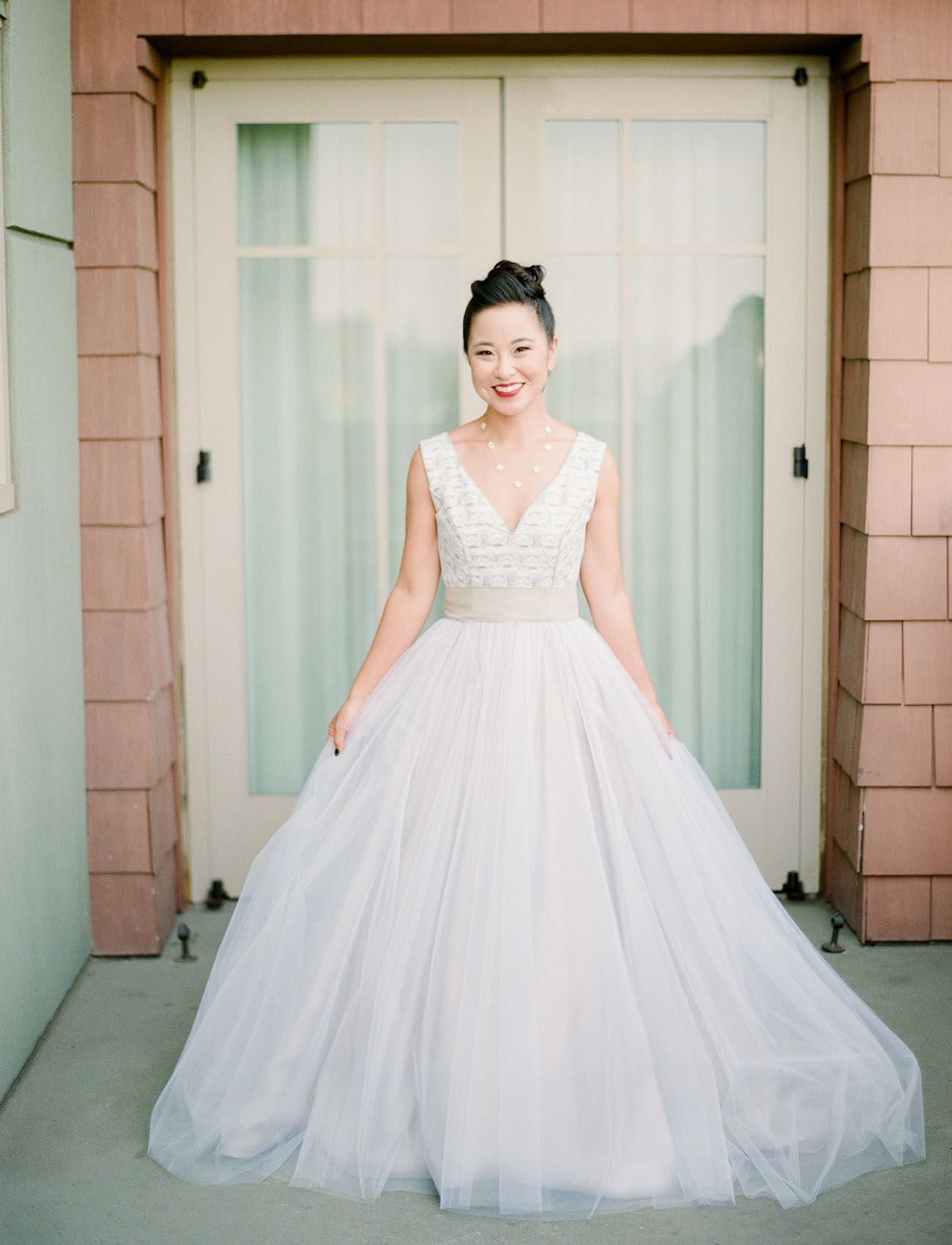 A princess-like vision in white! We’re so impressed with this hand-made gown, and take a closer look at that bodice: 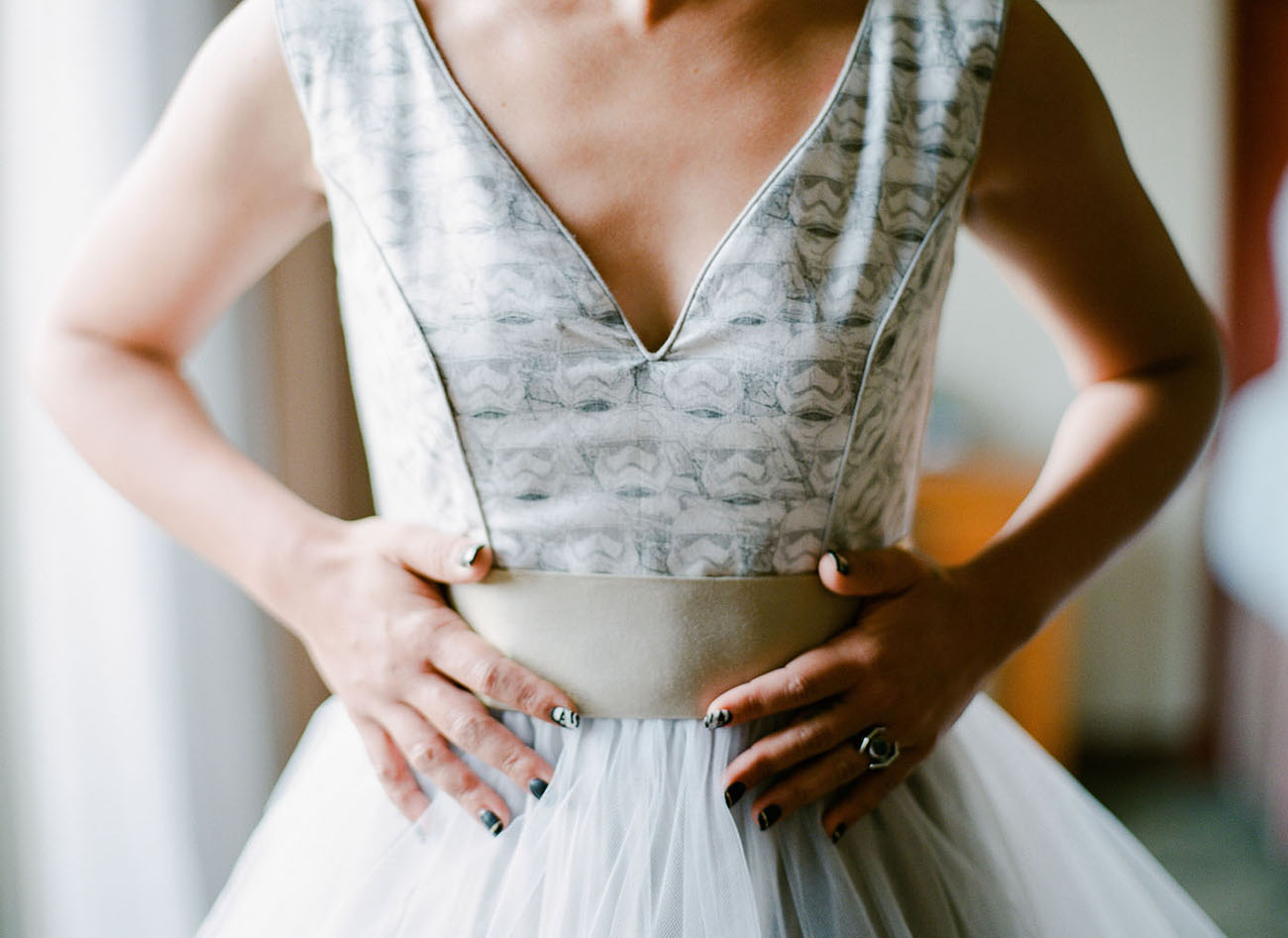 SO FUN! And Staesi’s matching Stormtrooper nails are PERFECT. 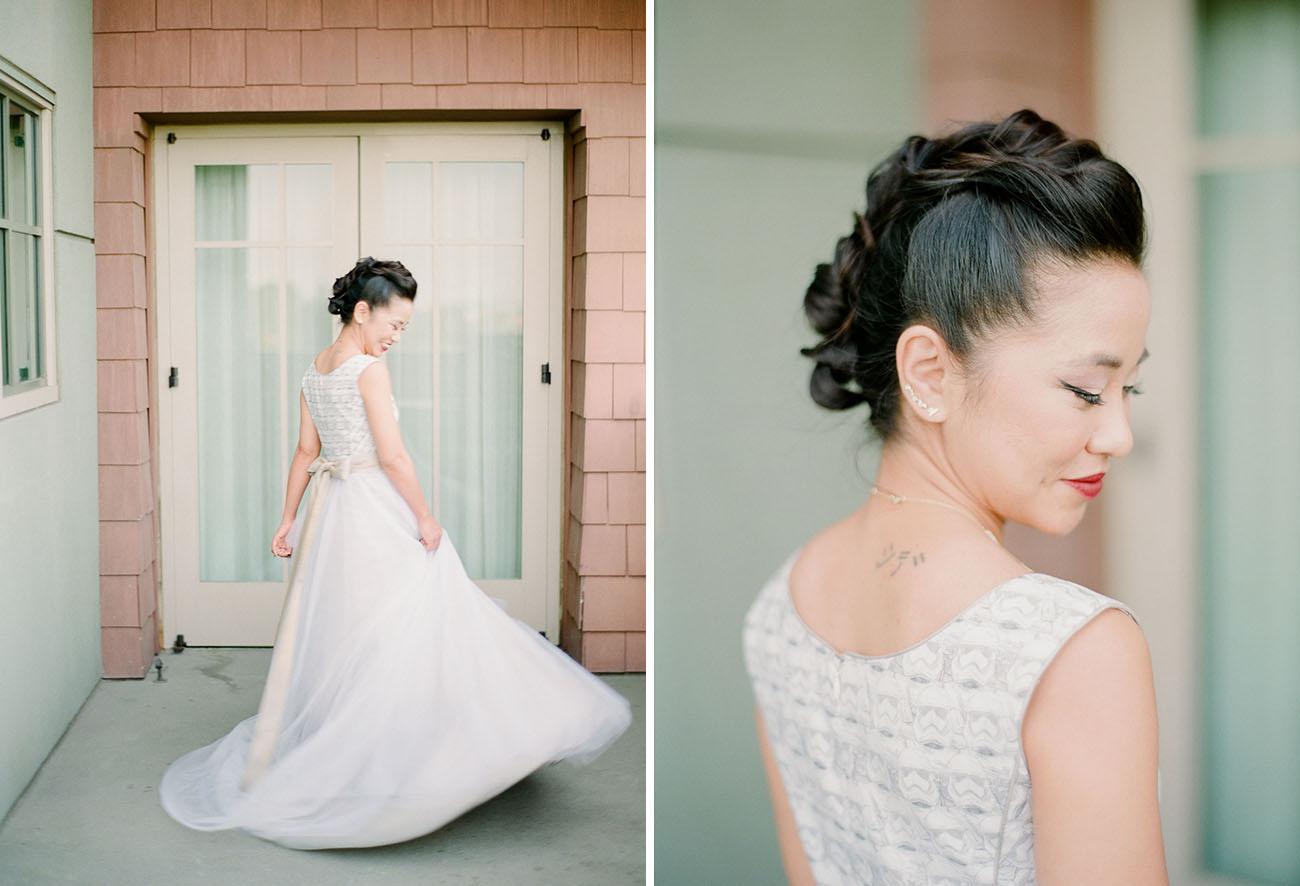 Her updo was created by the styling talents of Taylor Egan, which reminds us of a Fancy update on Rey’s triple-bun signature look! 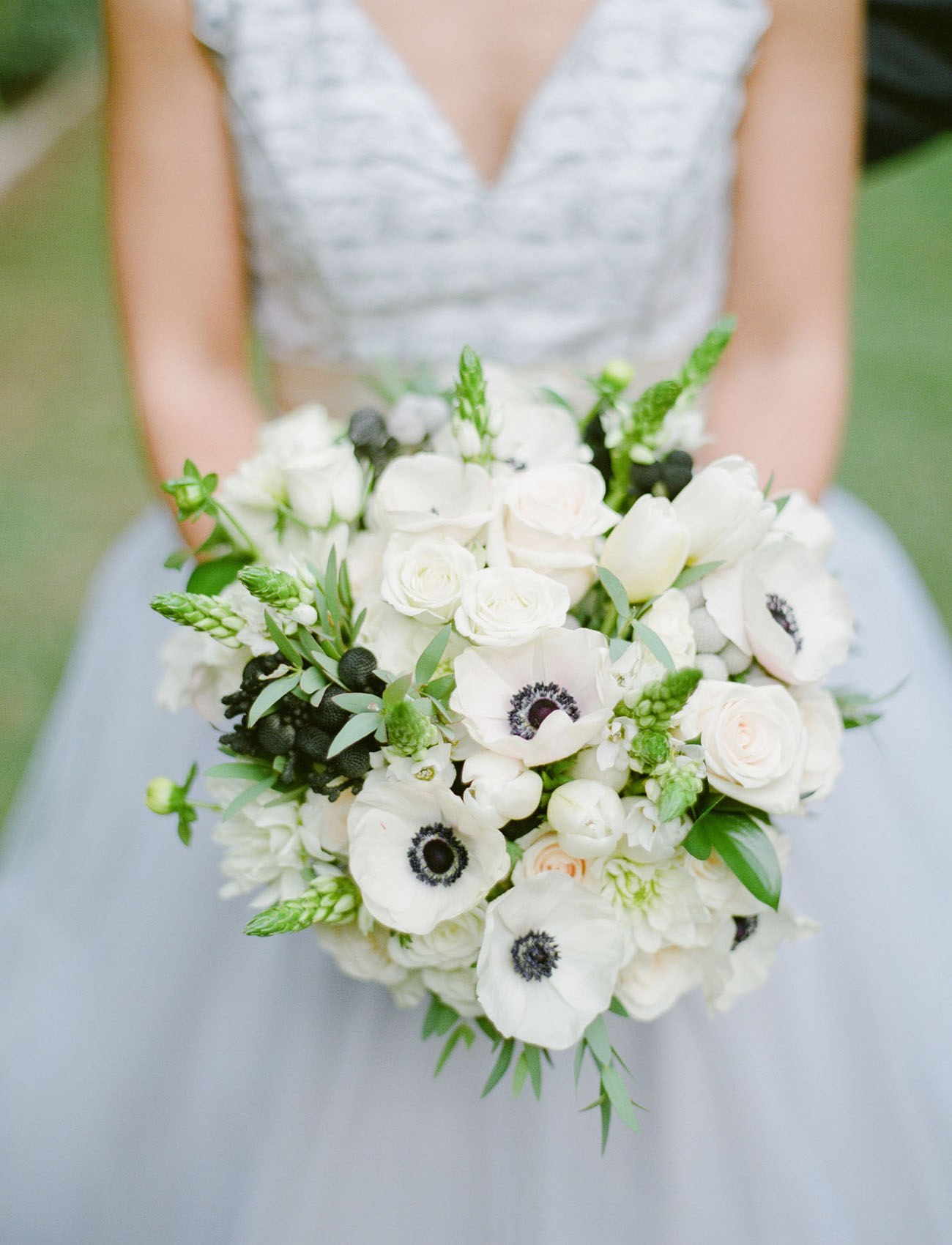 Disney’s Fairy Tale Weddings swooped in with some “light side” floral stylings. 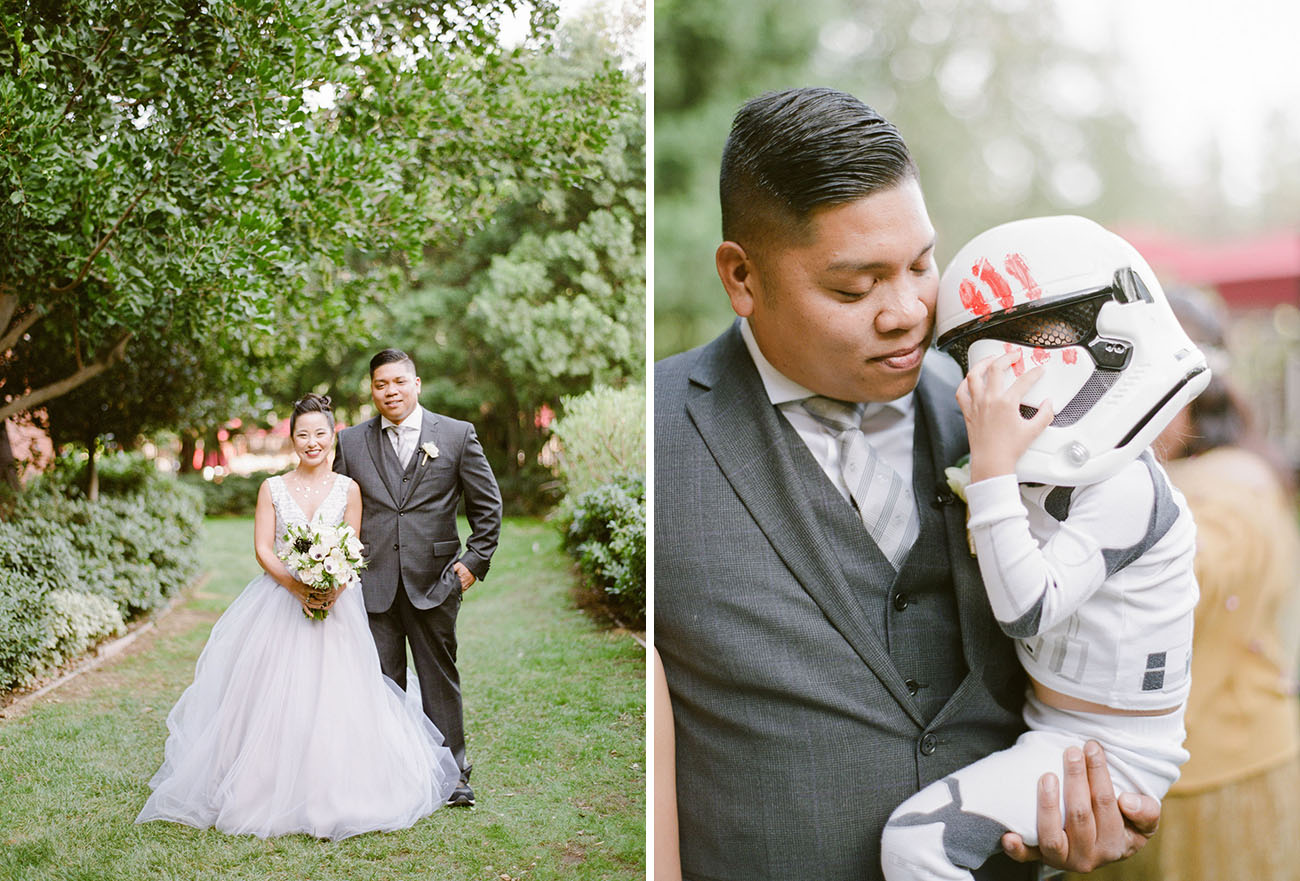 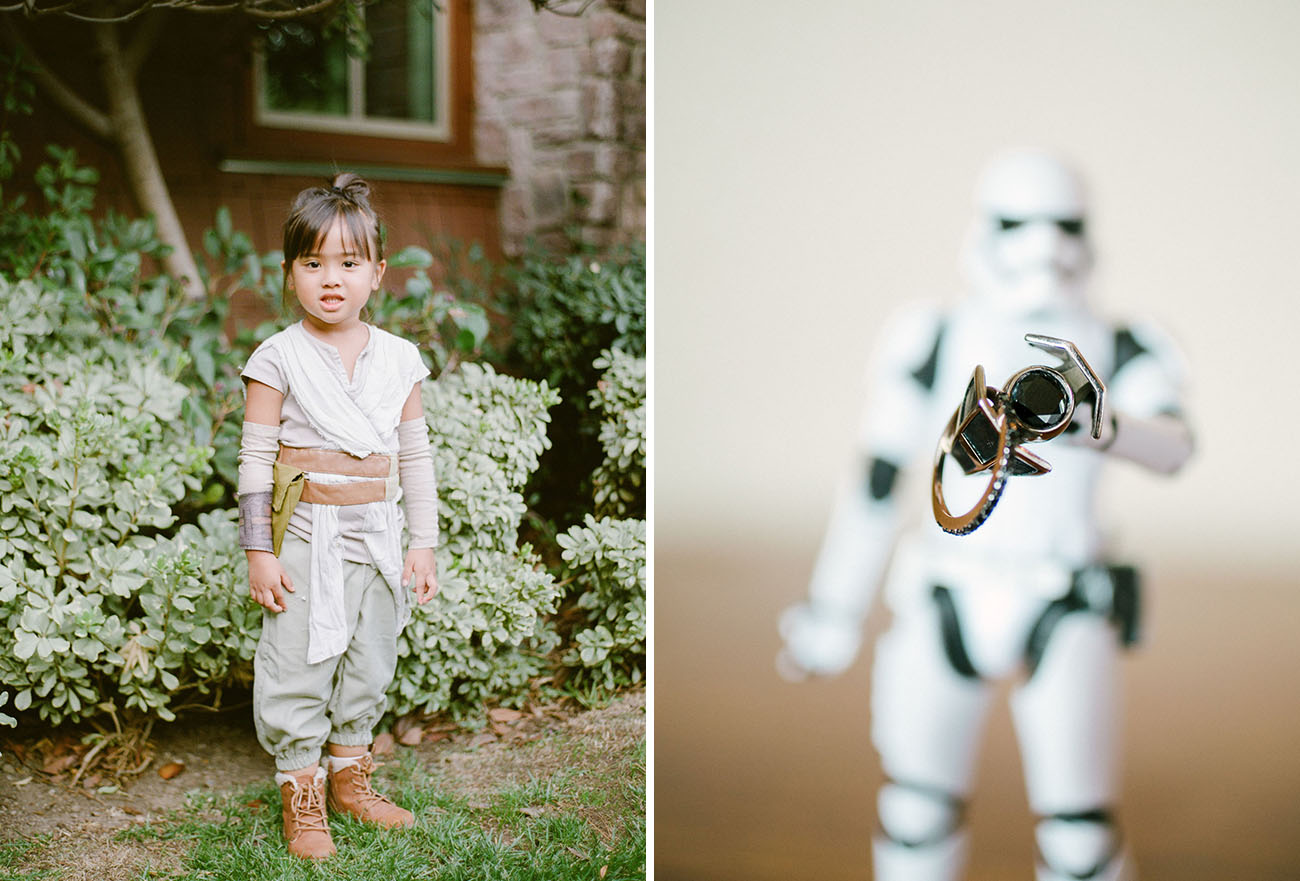 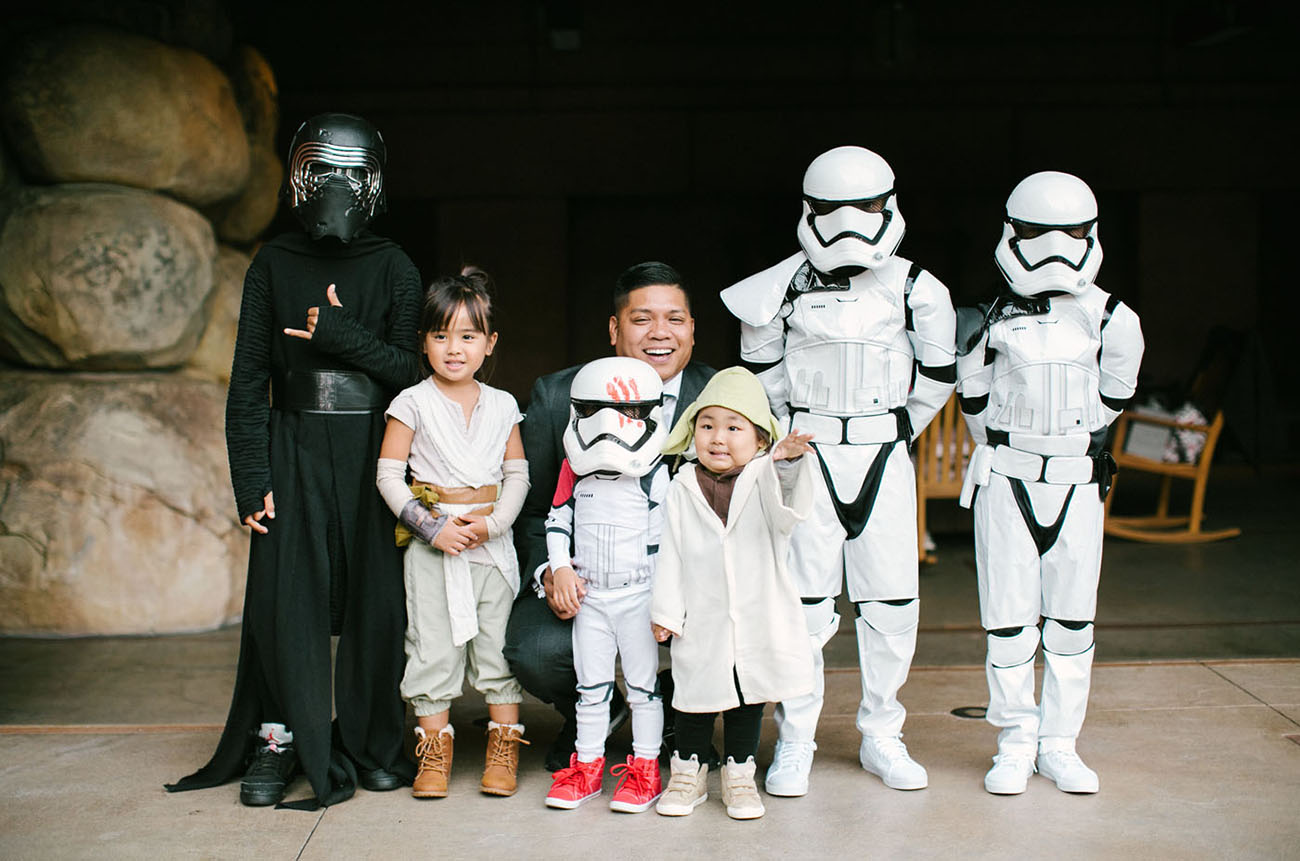 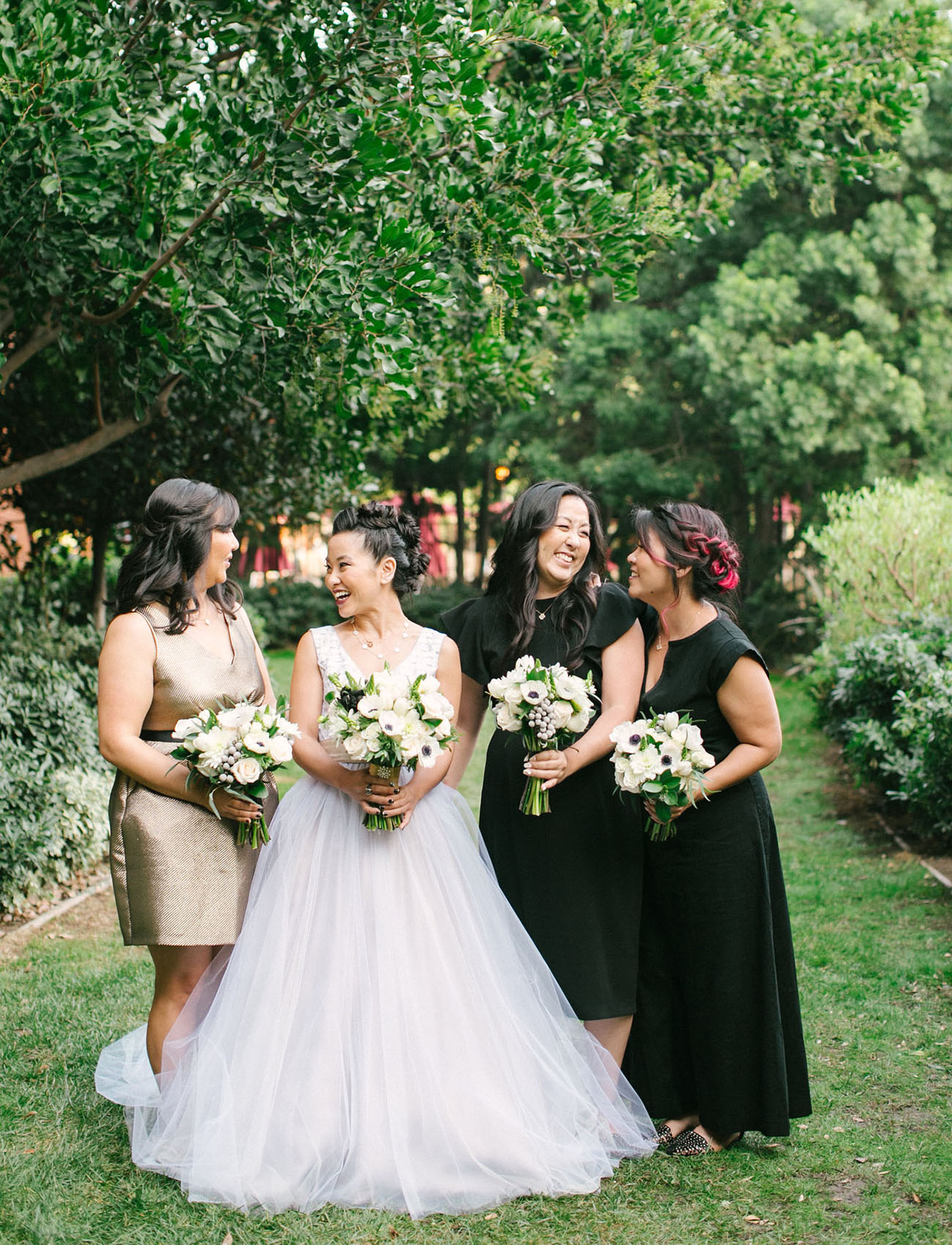 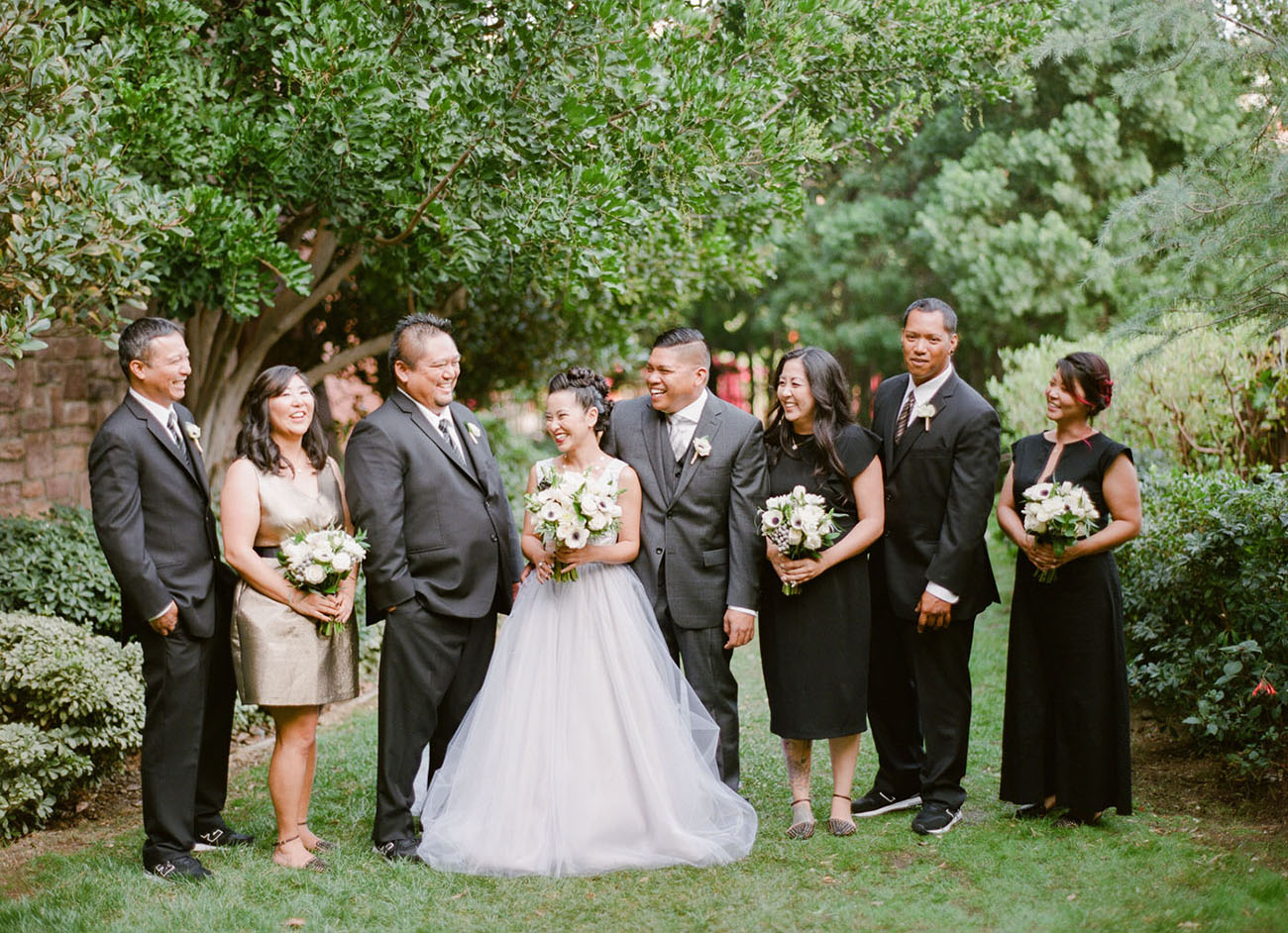 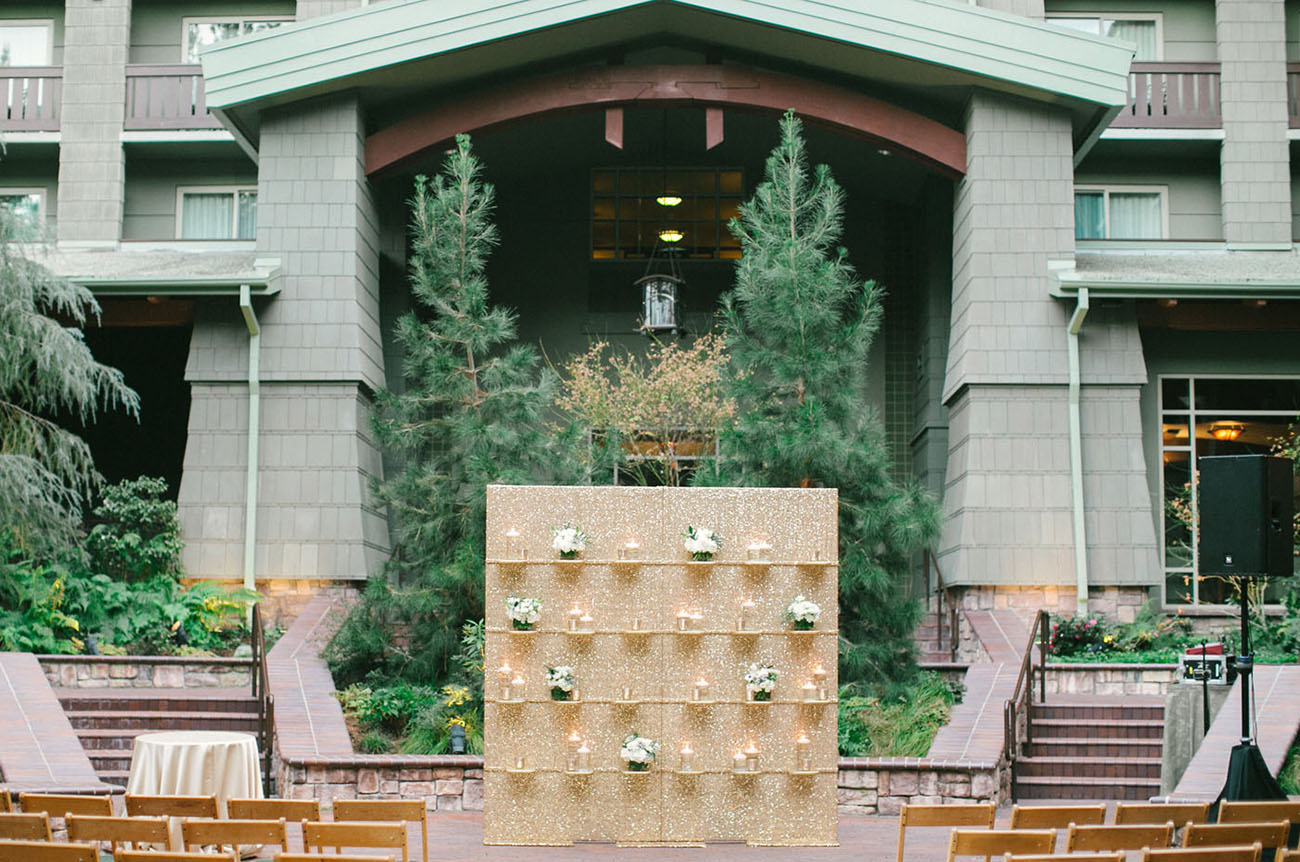 How pretty is this backdrop set-up at the Brisa Courtyard at Disney’s Grand Californian Hotel & Spa?! 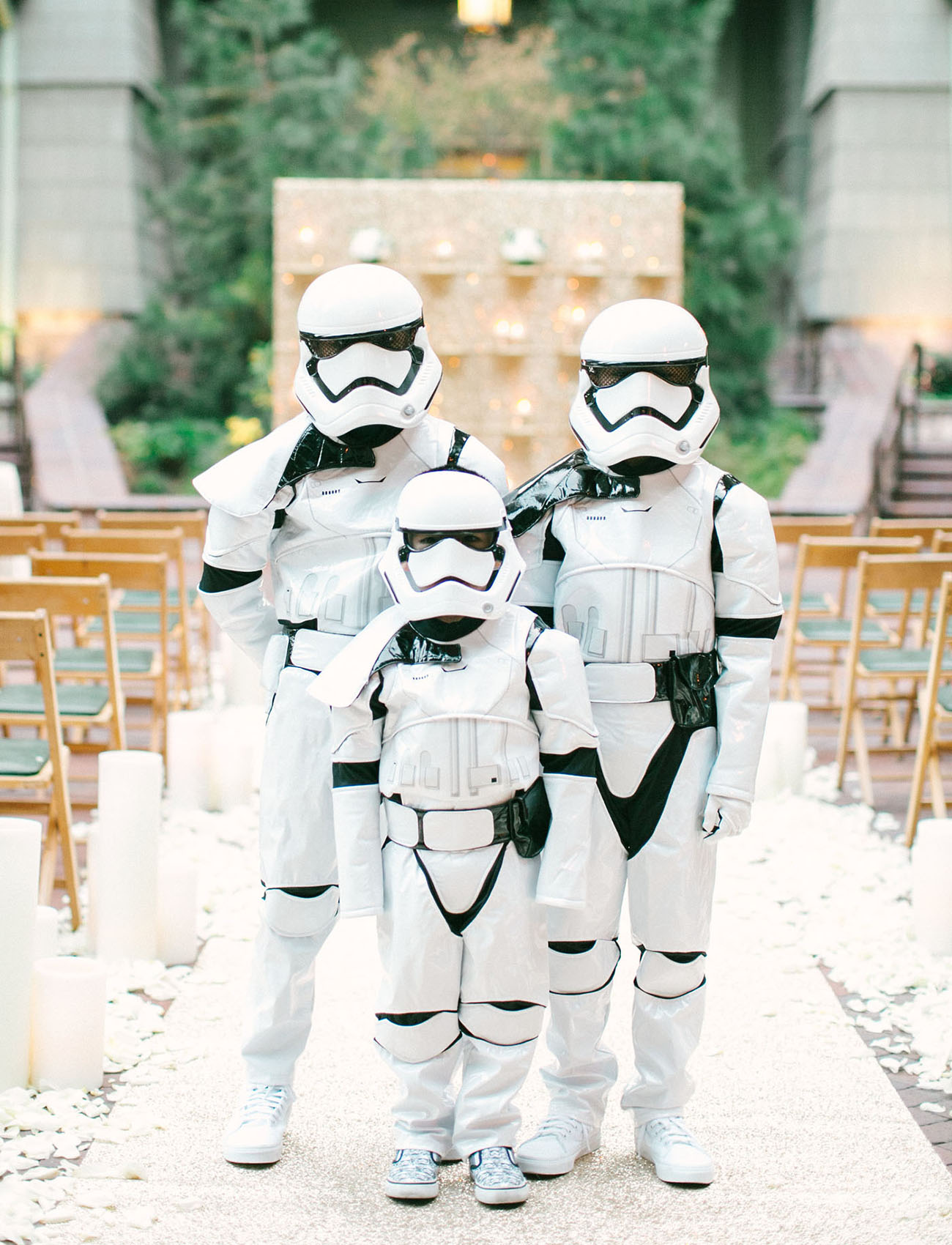 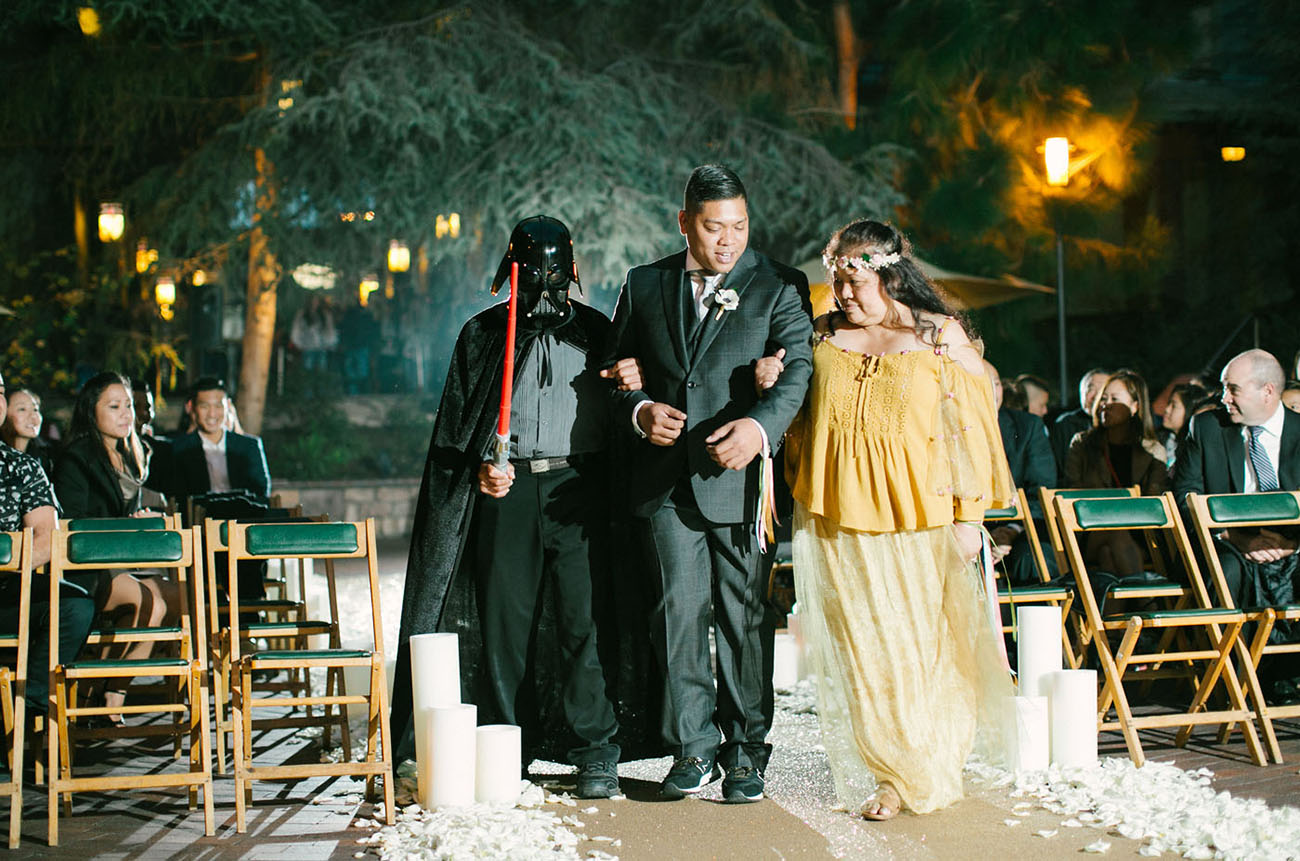 Jonas escorted his parents down the aisle at the twilight ceremony! 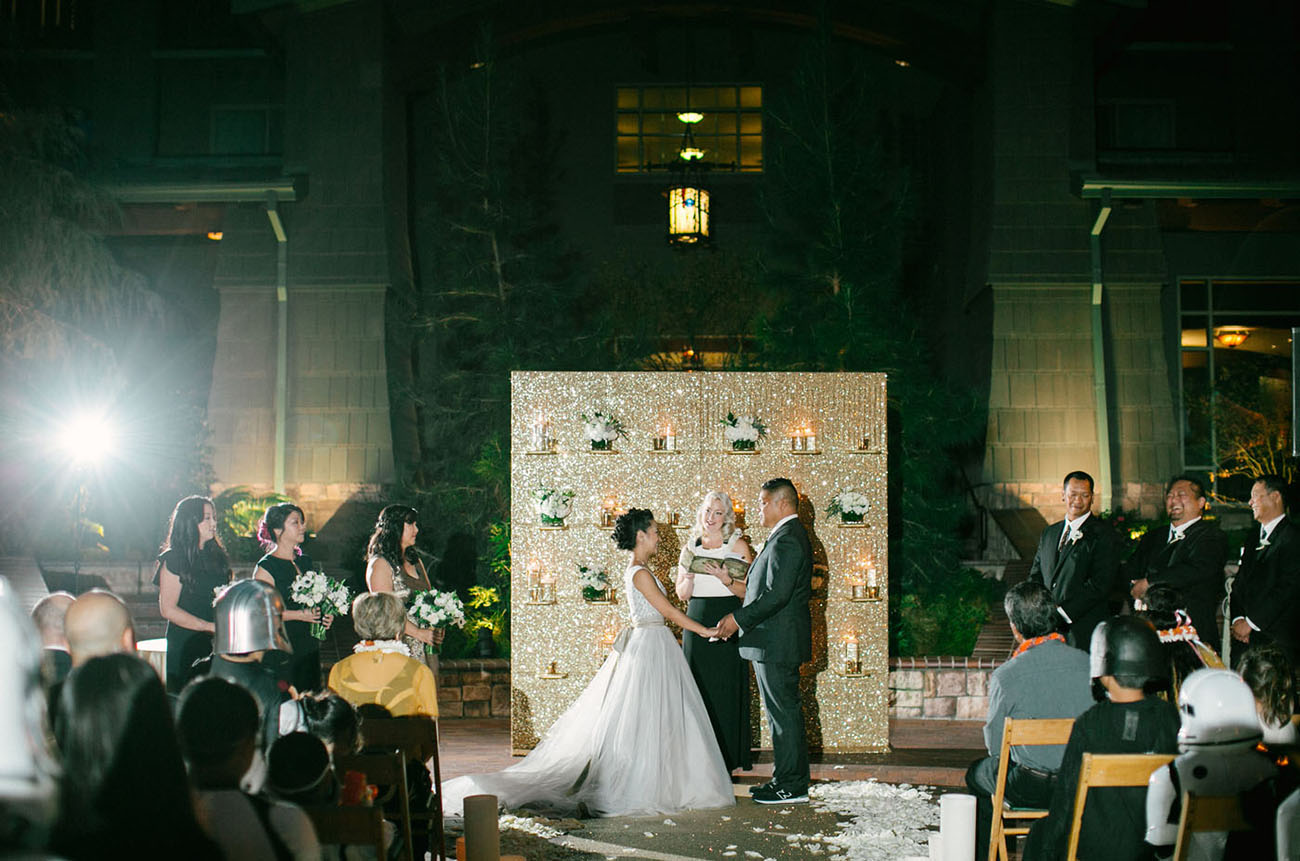 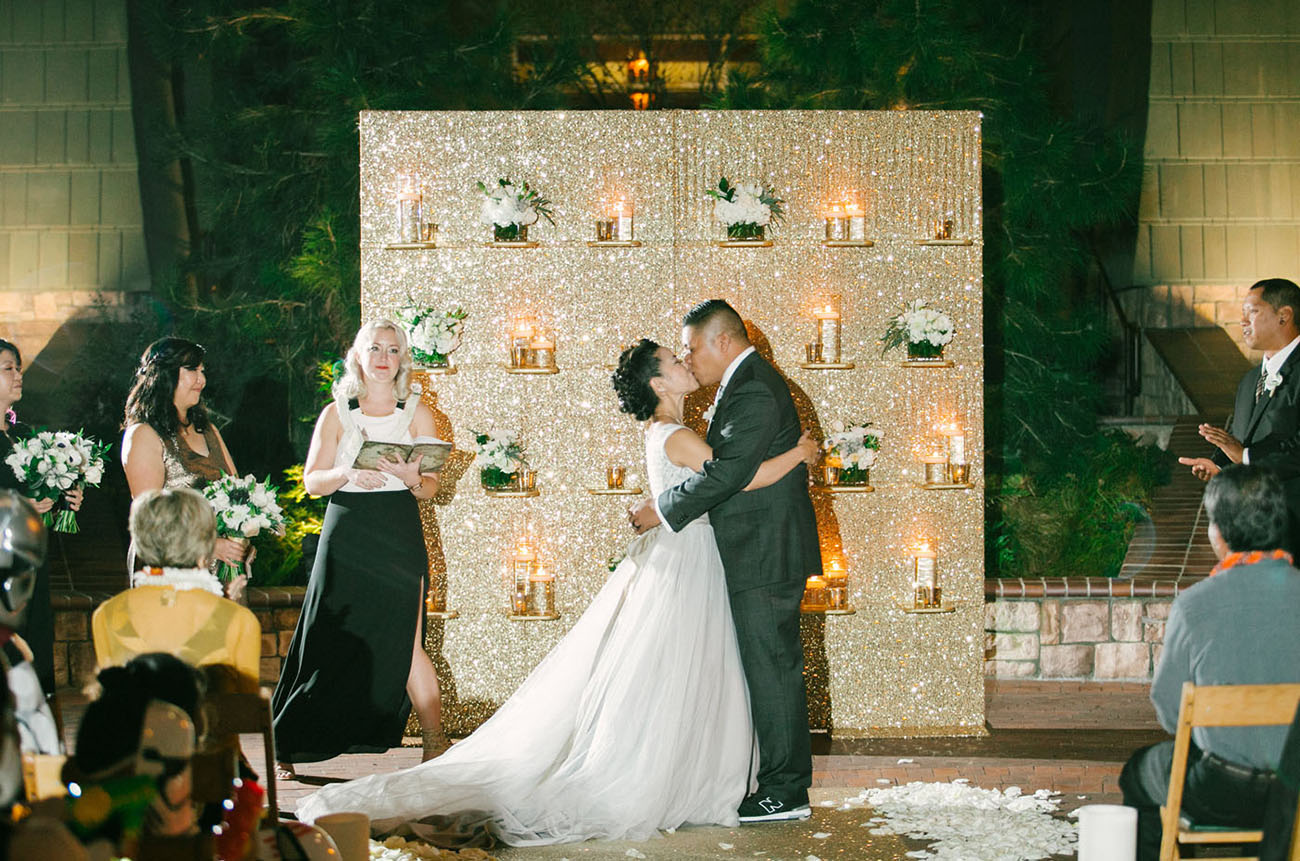 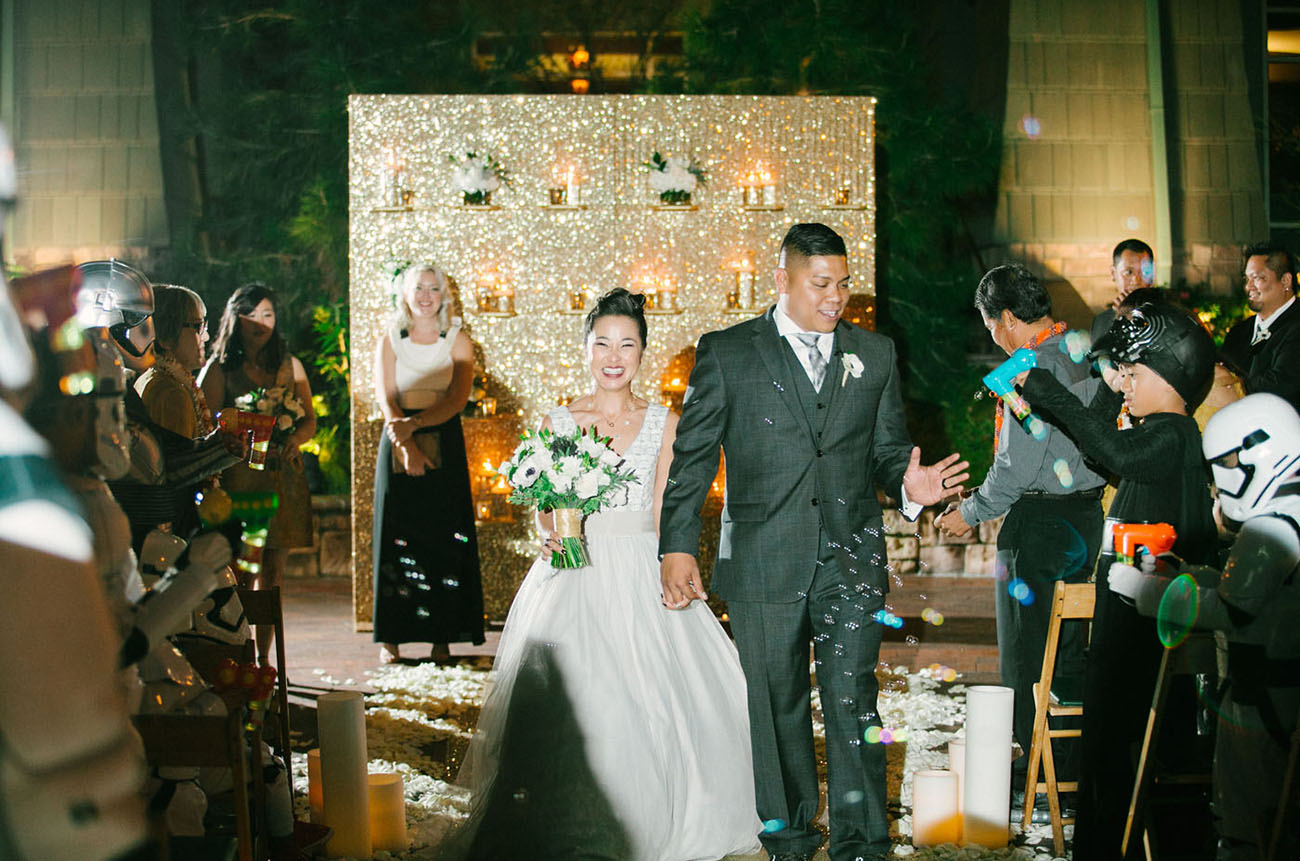 Yep, the force is strong with these two! S+J sure know how to incorporate the fun–congrats to the happy couple! Now, where can we see a video of Darth Vader on the dance floor?!

This post is sponsored by Disney’s Fairy Tale Weddings & Honeymoons. Thanks for supporting our sponsors!