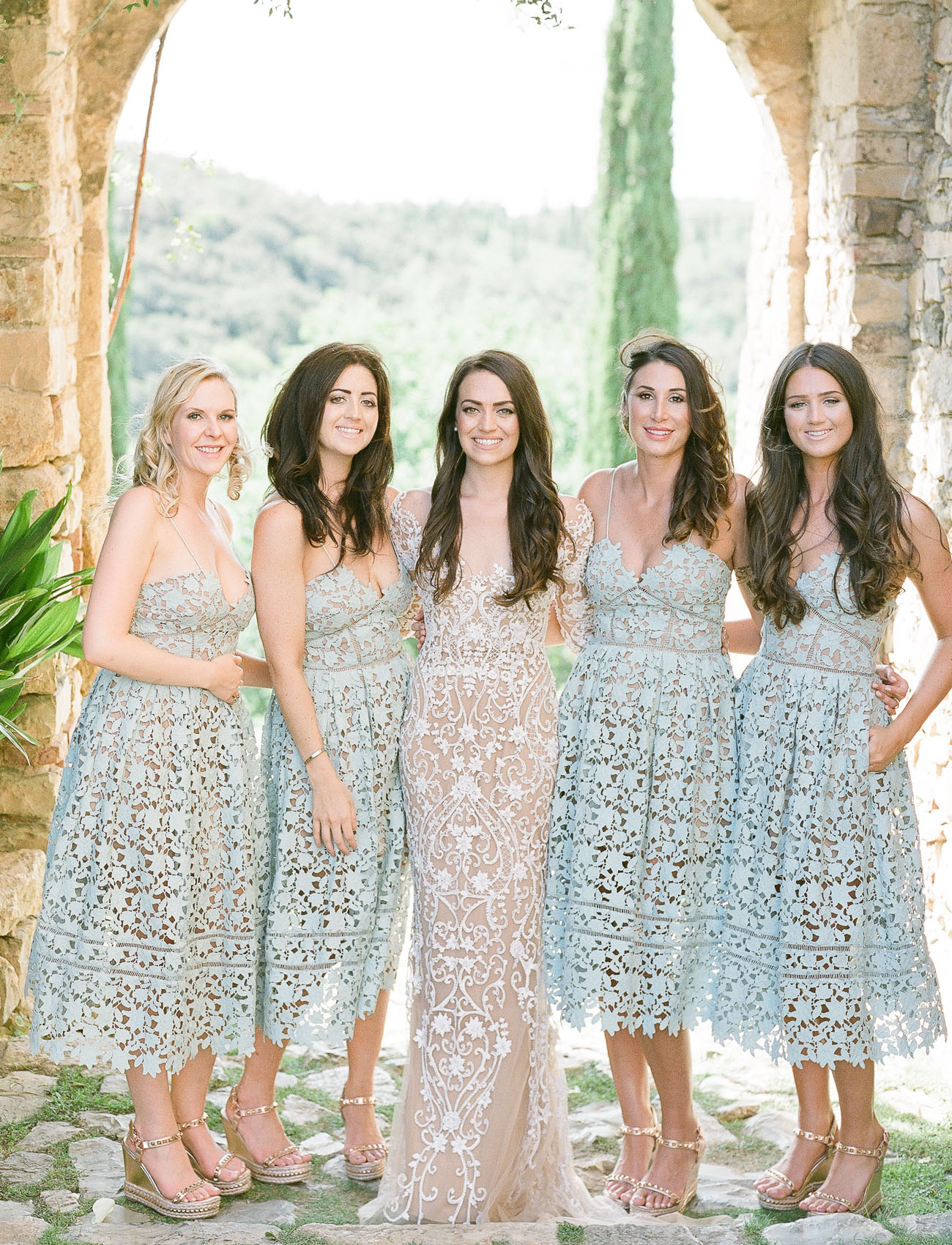 We’ve got this *thing* for Tuscany, and I’m sure it’s easy to figure out why… with its rolling green hills, delectable bites, and fascinating culture — what’s not to love? Grace + Barry felt the same way. Their shared love of Italian food and wine, along with wanting to have an intimate + small wedding doused in sunshine, made Castello di Vicarello in Tuscany the dreamiest location EVER.

From the pastel hues, to all the Italian-inspired details, and her INCREDIBLE gown… we couldn’t stop staring at how pretty the day was. As if we weren’t already swept off our feet, Grace told us the sweet story of how she reunited her now husband with his long-lost brother! Here’s Grace with the details: I’ve always taken a keen interest into Barry’s past, and I really wanted to try to reunite him with his brother, whom he’s never met as they were both adopted as little ones. Barry told me he had a thick binder full of lawyers papers and legal documents regarding his past and over all adoption but it was such a mess that he put them in a plastic bag and put them in storage. Because he and his brother had been adopted by separate families, they had different surnames and his brother would be almost impossible to find.

One night I was going through the binders and hidden within all the legal letters, adoption certificates, etc. was a single blue fax with the names of the people who had adopted his brother, David. Ding, ding, ding!

Scroll down for a bit more to find out how the story ends! And take a peek at this gorgeous day captured by Julie Michaelsen Photography. 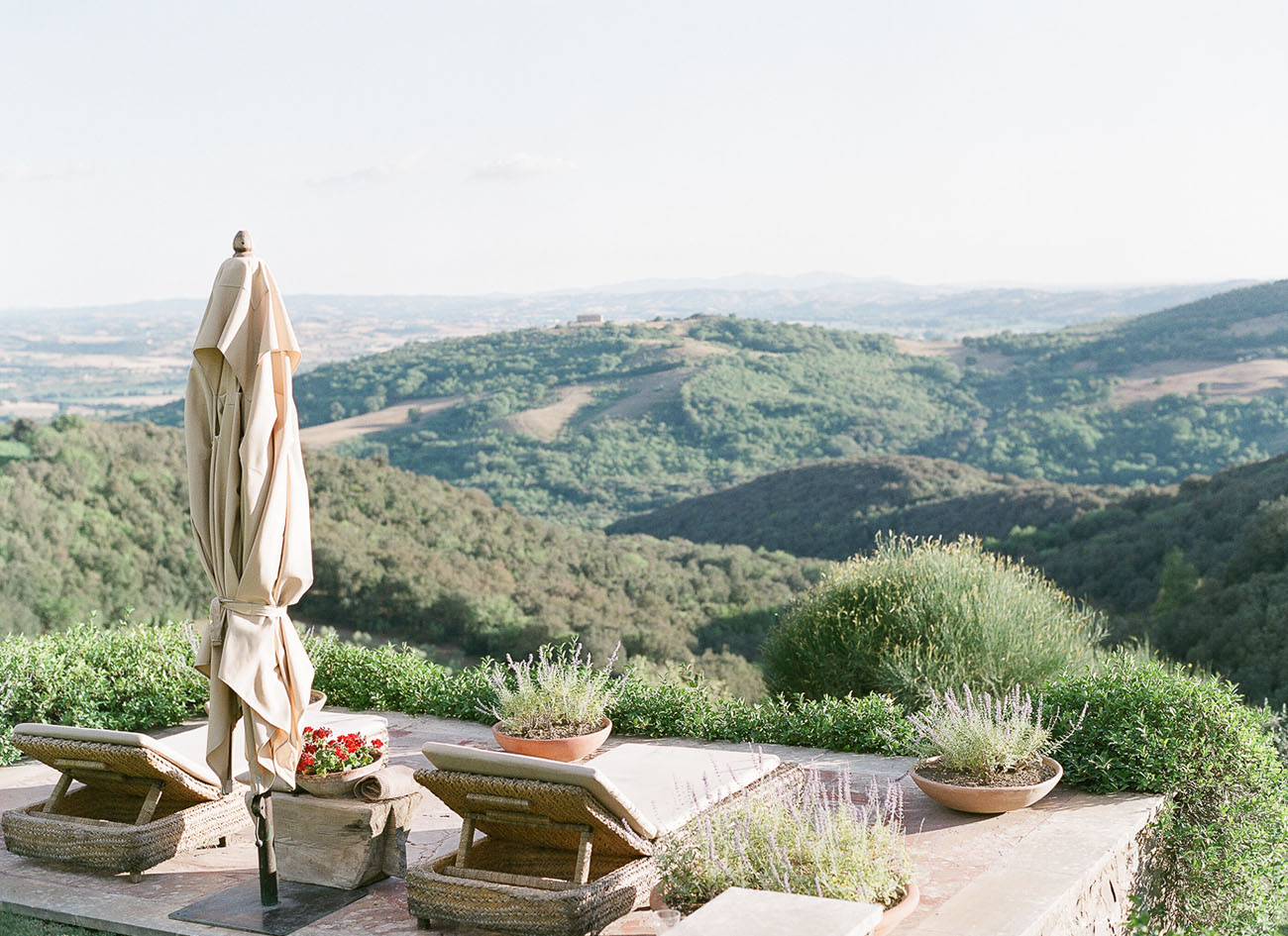 I initially stumbled upon Castello di Vicarello while reading an interview with Roland Mouret in Porter magazine (this was 5 years prior to meeting Barry). Flash forward to a few years later — Barry and I were touring the Italian countryside and got lost in Tuscany. As it turned out, Castello di Vicarello was on our route back to where we were staying…

We turned up at the gates, not sure what to expect, and realized that it wasn’t the kind of hotel where you could walk in and get lunch. Well, Simo, the butler, greeted us and we explained we were thinking of getting married there. As it was winter, the place was empty, so Simo was able to give us a full tour of the venue. Which was followed up by opening a bottle of wine and telling us the story of how the owners started Vicarello. We fell in LOVE and Barry insisted that this was the place we were going to be married at. 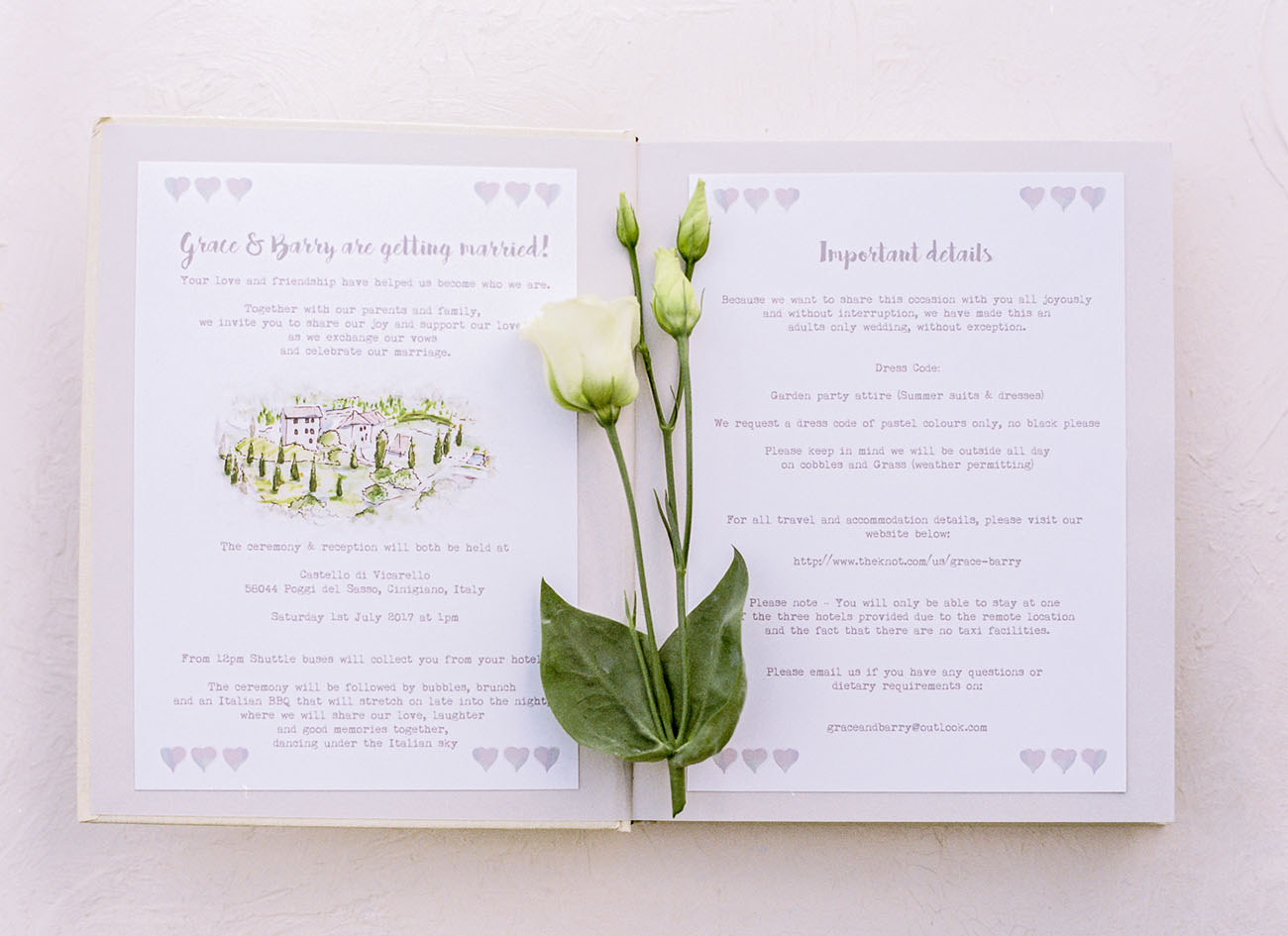 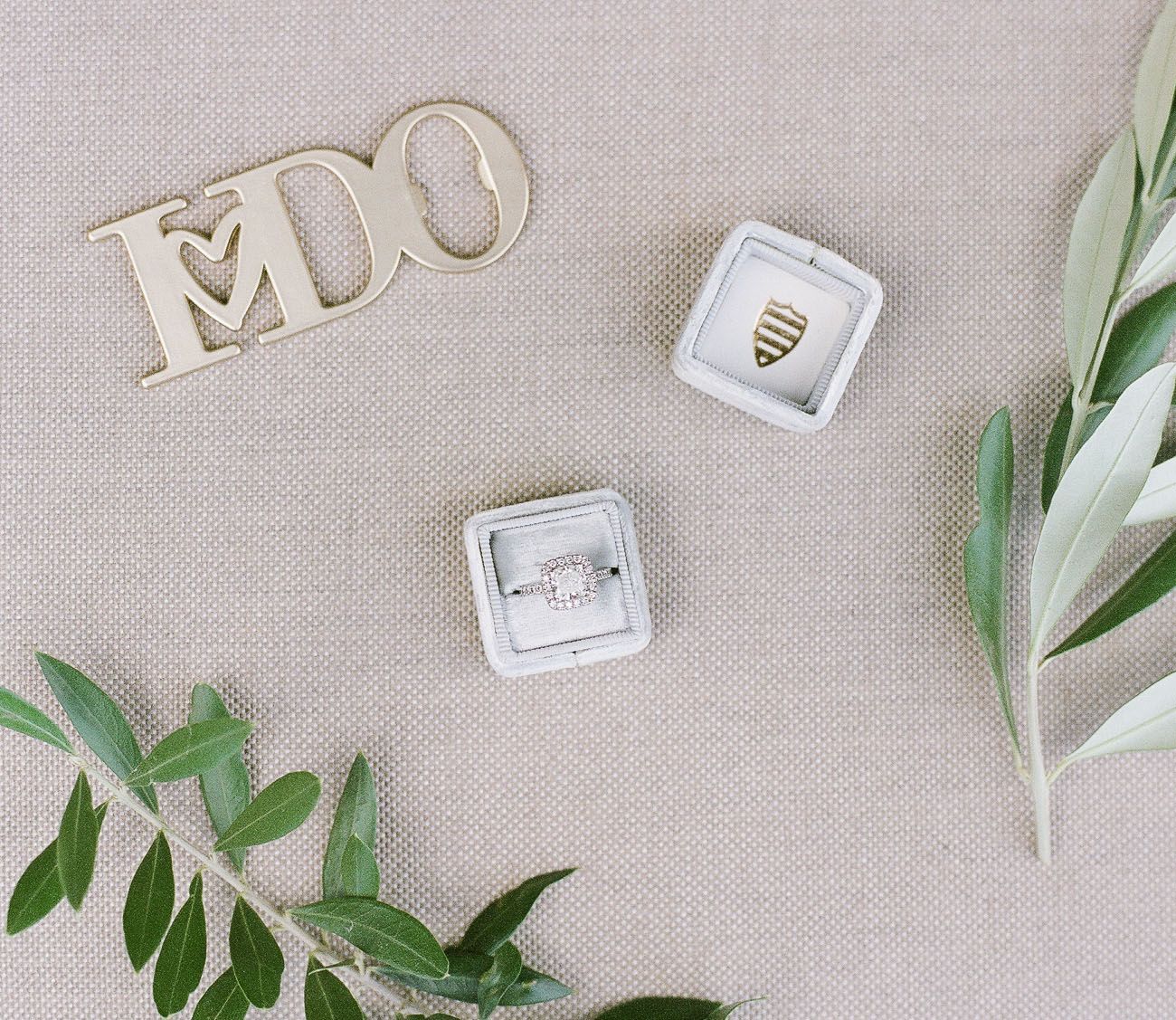 Your closest friends, a gorgeous landscape, endless bottles of Italian wine, and all the delicacies you could dream of… Sign us up! 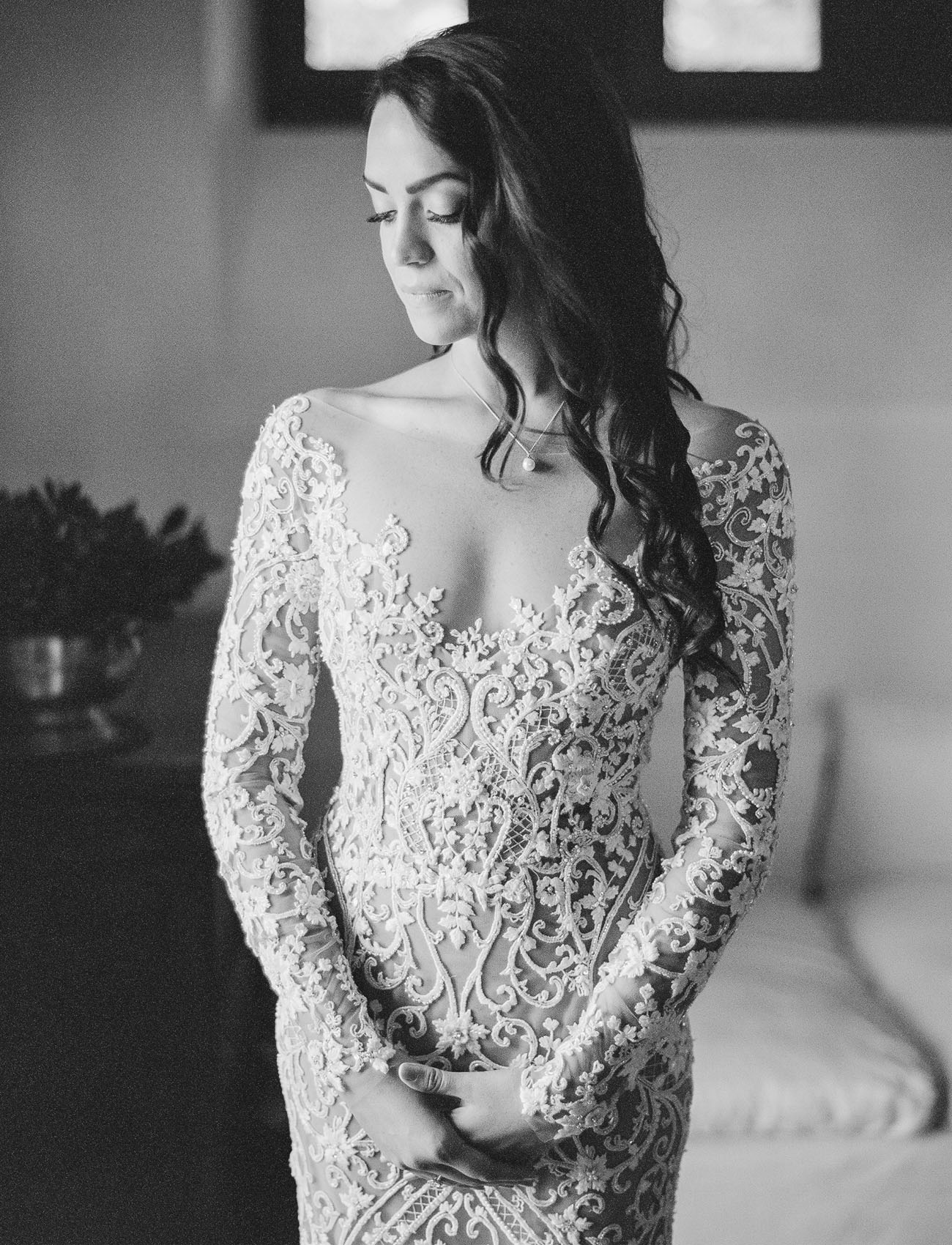 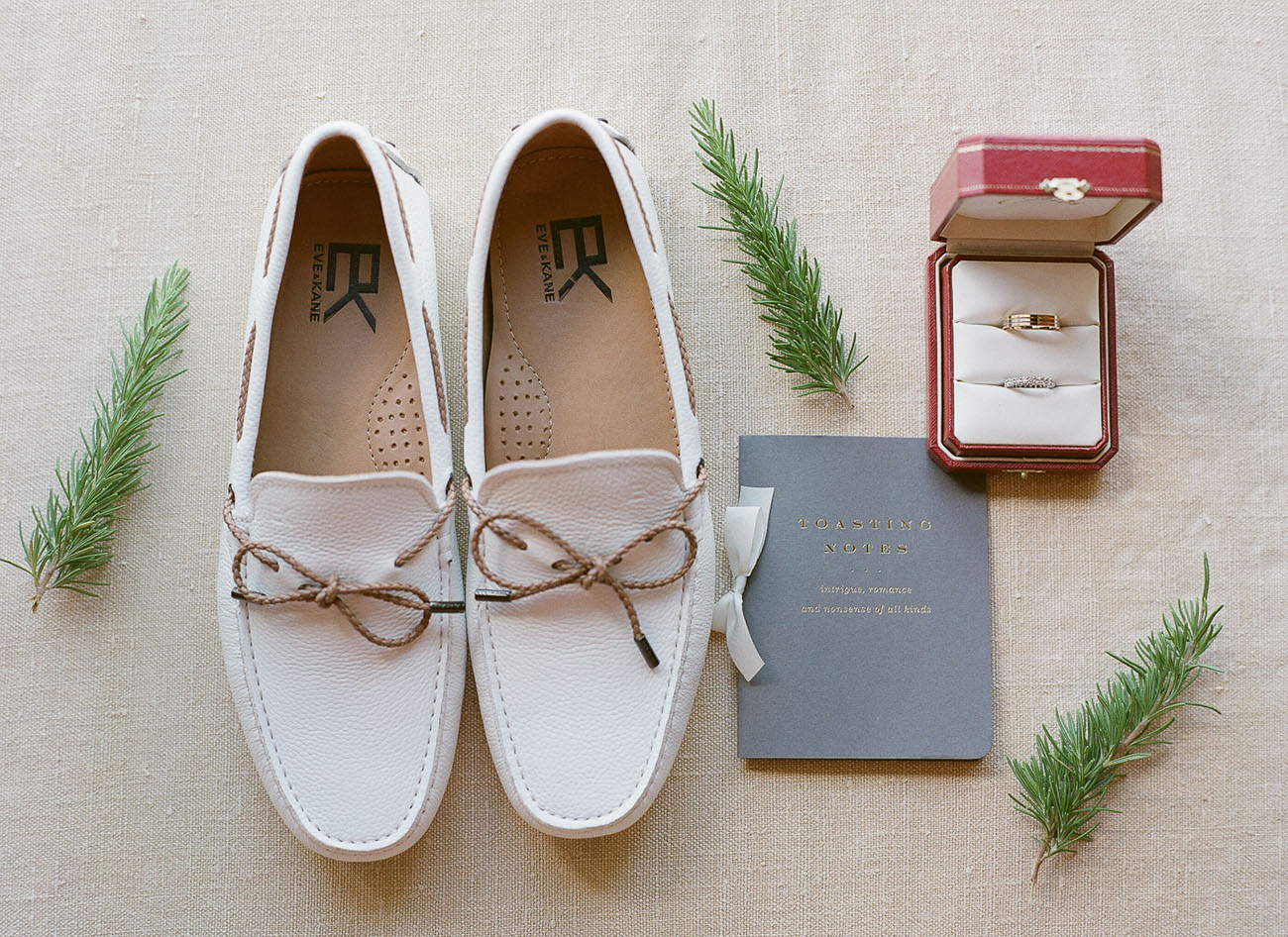 You’ll see in a minute, but Barry donned ALL WHITE, so naturally, he rocked some cool white kicks to match! 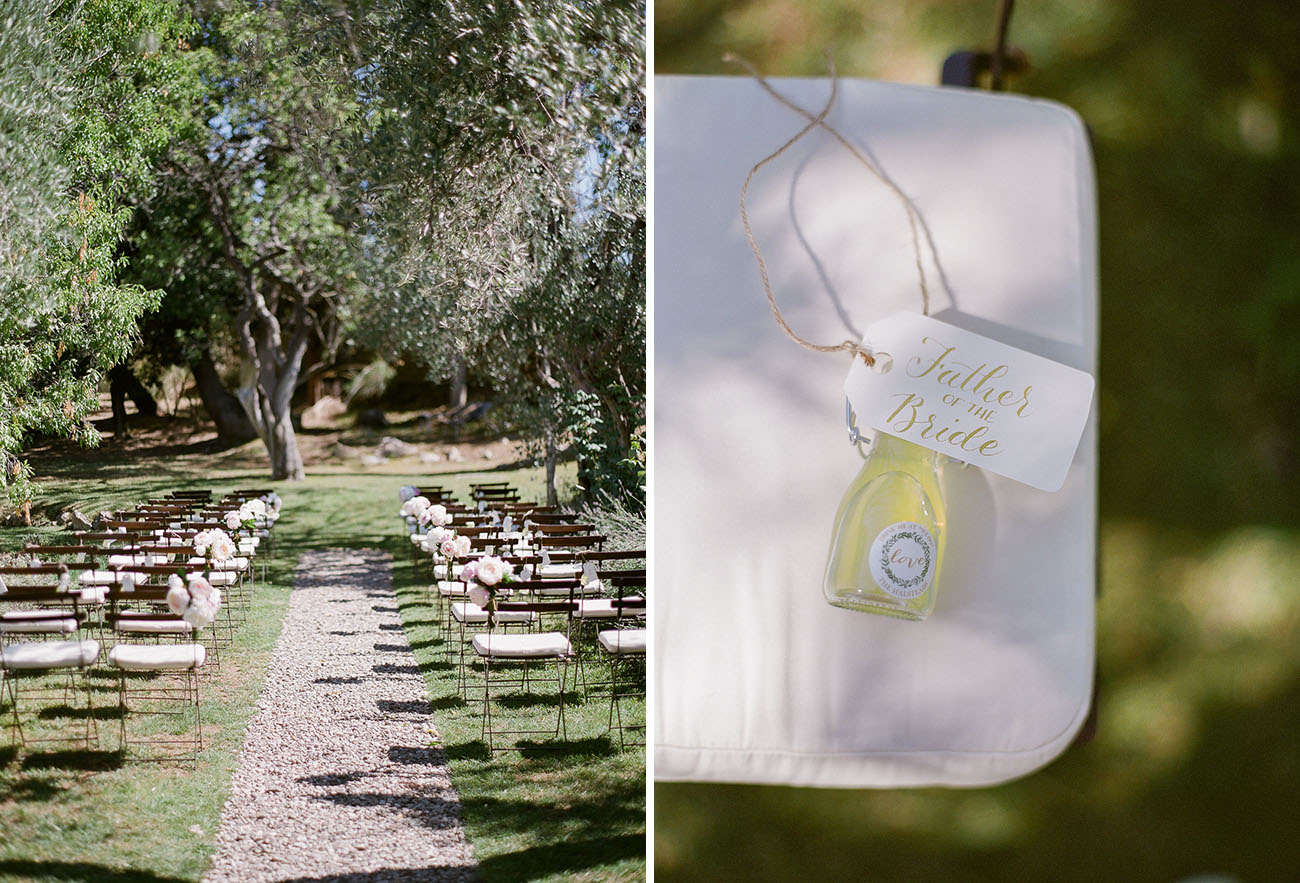 Processional: You and I by John Legend

Recessional: You and I by John Legend (repeat) 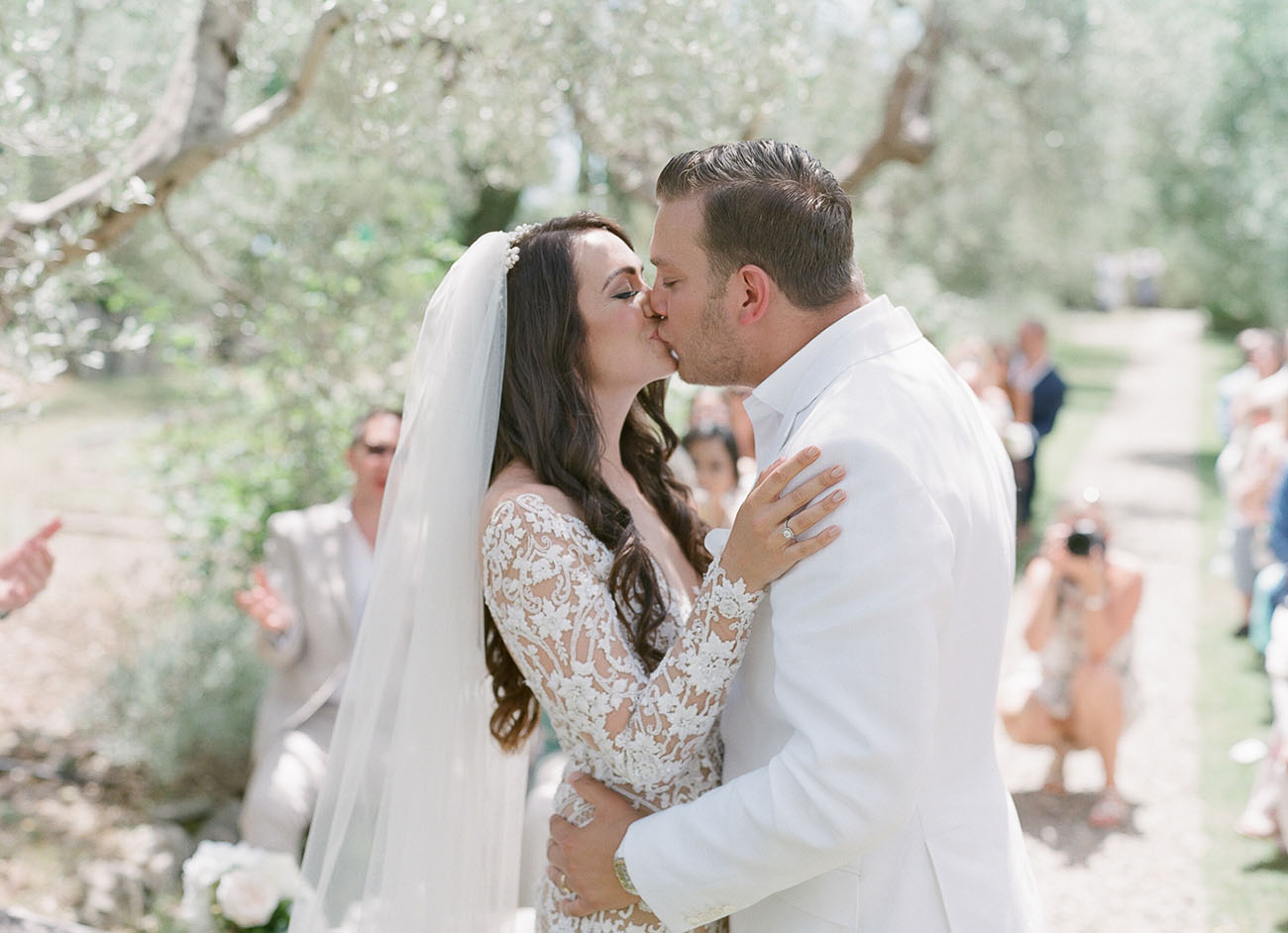 A little more about the family reunion: I didn’t hesitate to look up the name I had just found… and tell Barry! Within a couple of minutes, we had 3 different websites up — LinkedIn, Facebook and Twitter — all with 3 different pictures of David. The resemblance was almost identical.

Together, we did a little more digging, where did he live, how old was he, etc. Barry immediately sent a message to David on LinkedIn… and within 2 hours David had replied! Since then, they haven’t stop speaking, every day for the last 3 years. They’re now best friends and both served as the best man in each other’s wedding.

How sweet is that?! 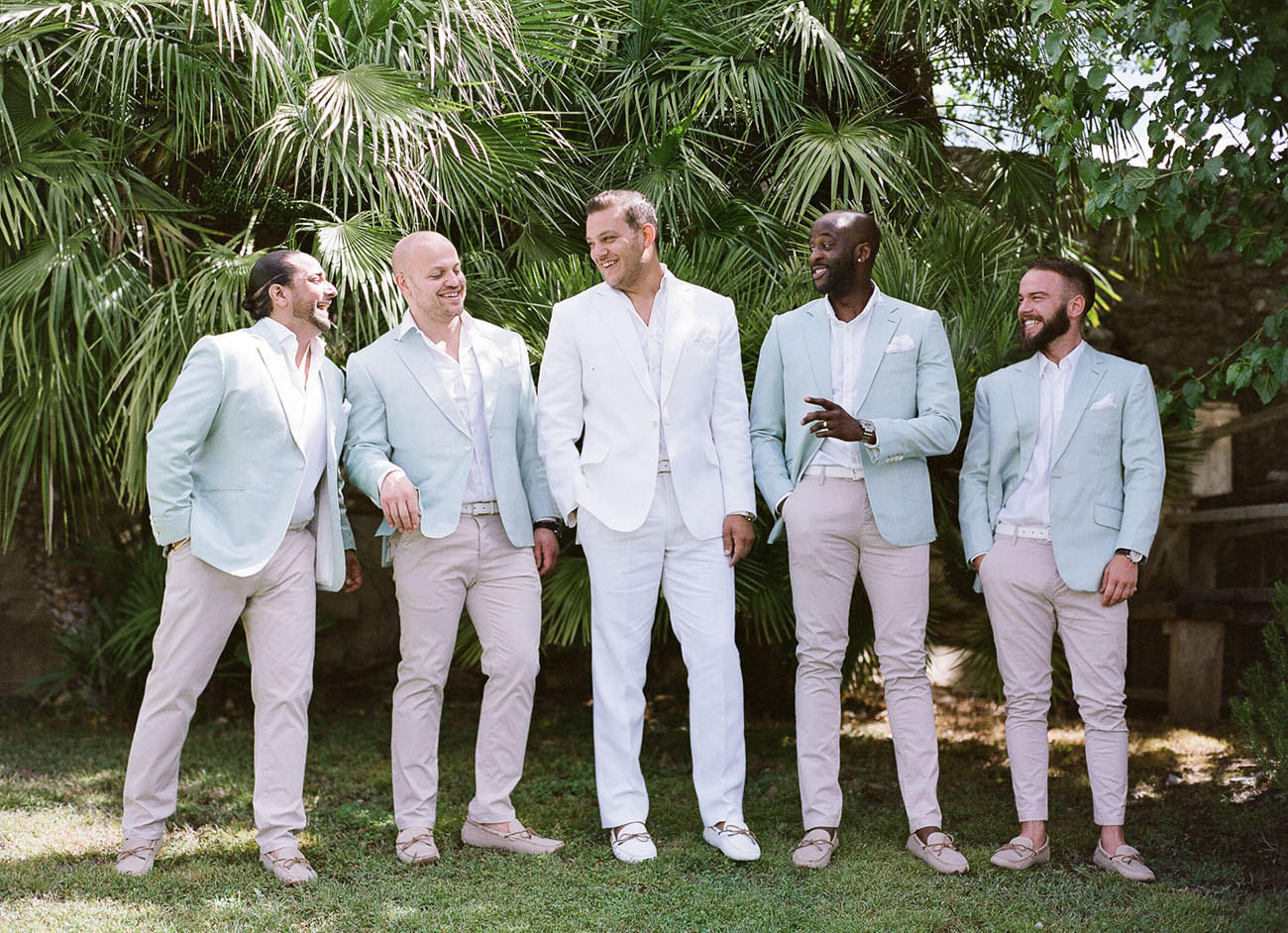 The ceremony was beautiful, for Barry it was seeing Grace walk down the aisle. The ceremony wasn’t without hiccups... the video camera overheated and Grace had to repeat her vows! But it didn’t matter, it was perfect to us!

For the both of us, the most memorable moment was the evening on the dance floor. We were all together, every single guest dancing together through to the early hours, under the Tuscan stars. 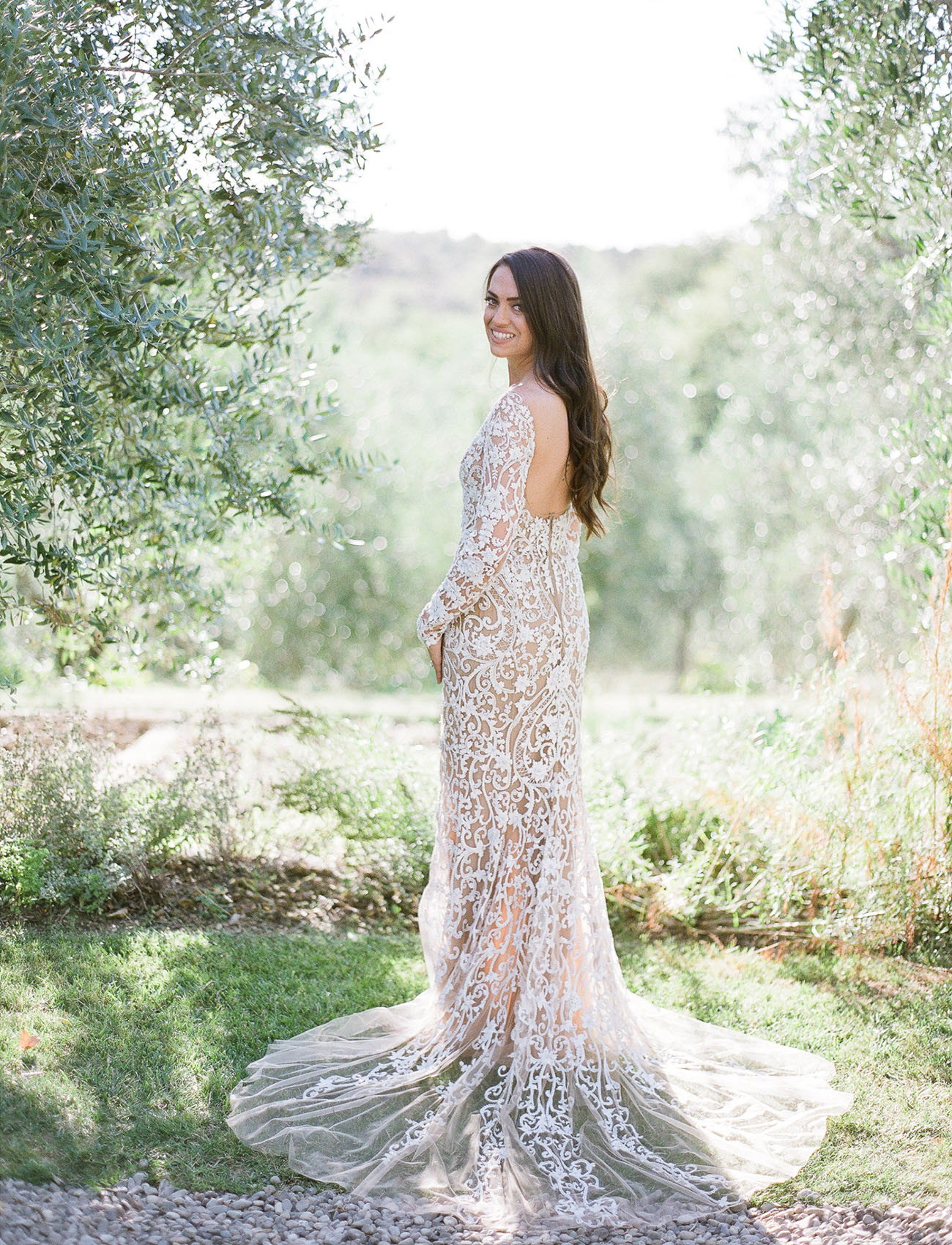 I tried on quite a few traditional wedding dresses and it just didn’t feel right… Luckily I found this beautiful Zuhair Murad dress that I fell in love with, but I didn’t buy it straight away. I left it for almost a year and nothing quite compared to it. Eventually, I called the shop back knowing it would be too late to custom order the dress — fortunately, the one I tried on was being sold as a sample! It was meant to be! 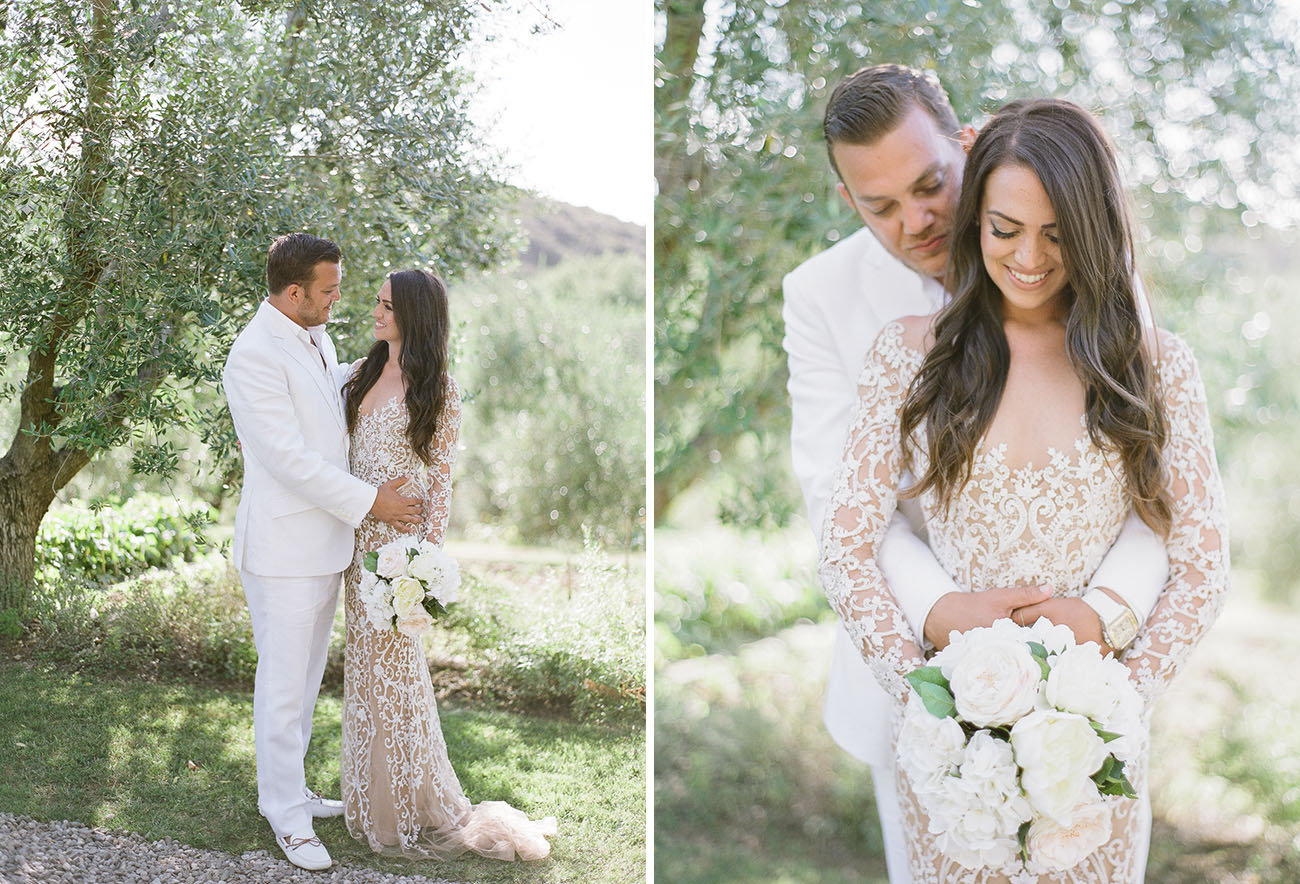 Grace jokes that, “Barry actually wore more white than I did on our wedding day.” 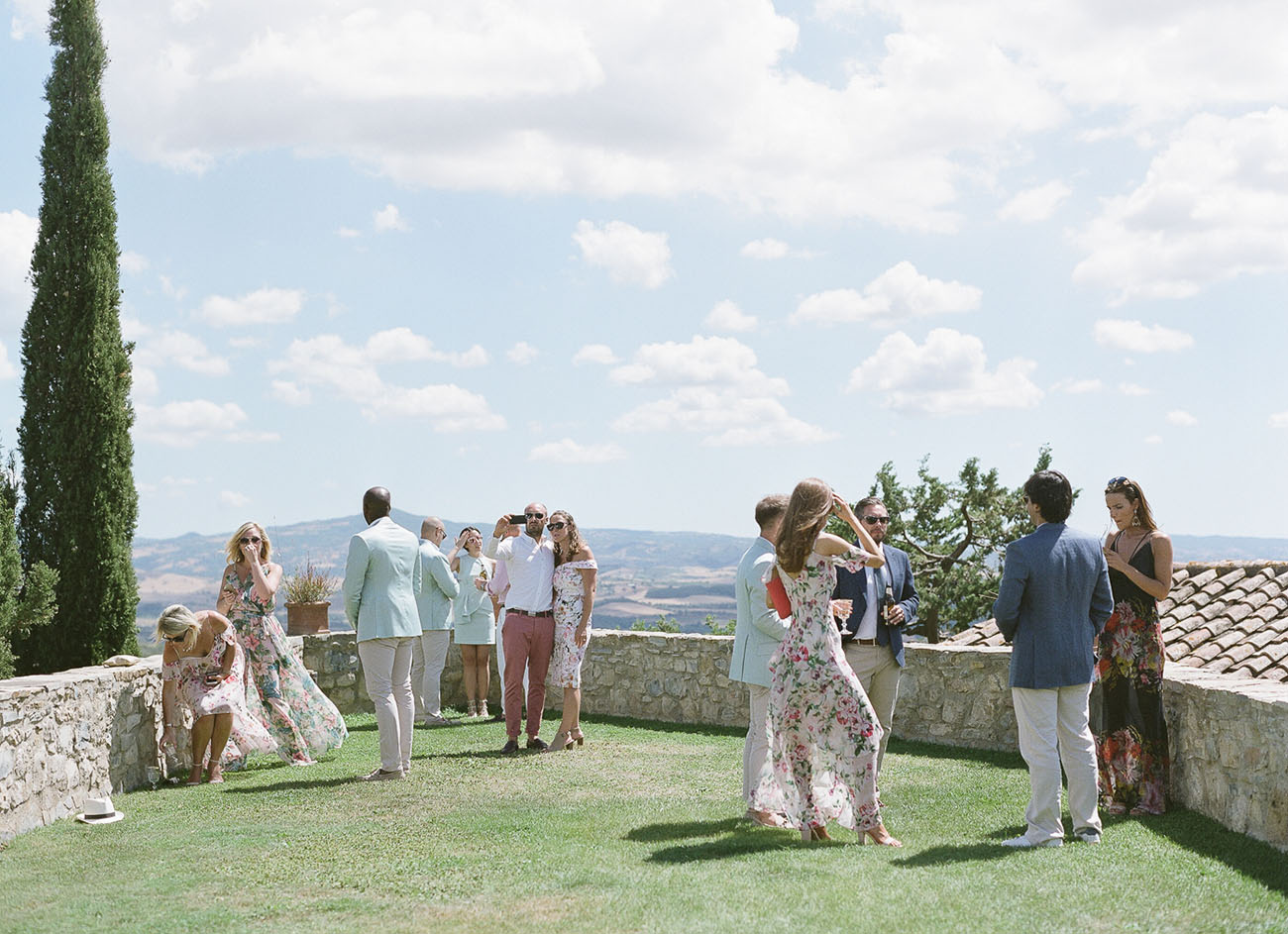 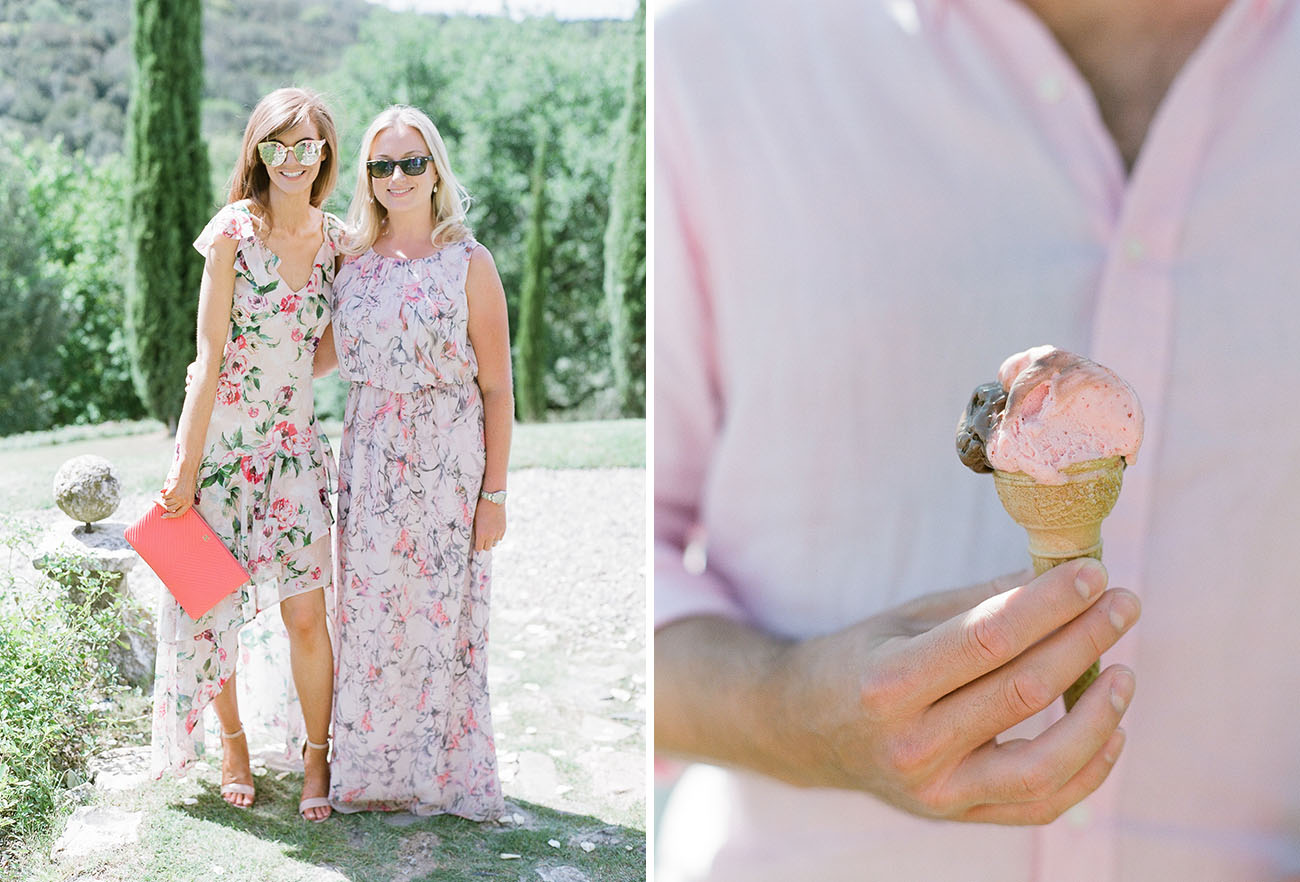 Food was a key player at G+B’s wedding. A buffet brunch was set up for after the ceremony — brimming with gorgeous Italian food, followed by an ice cream cart around the pool, then a BBQ in the evening. 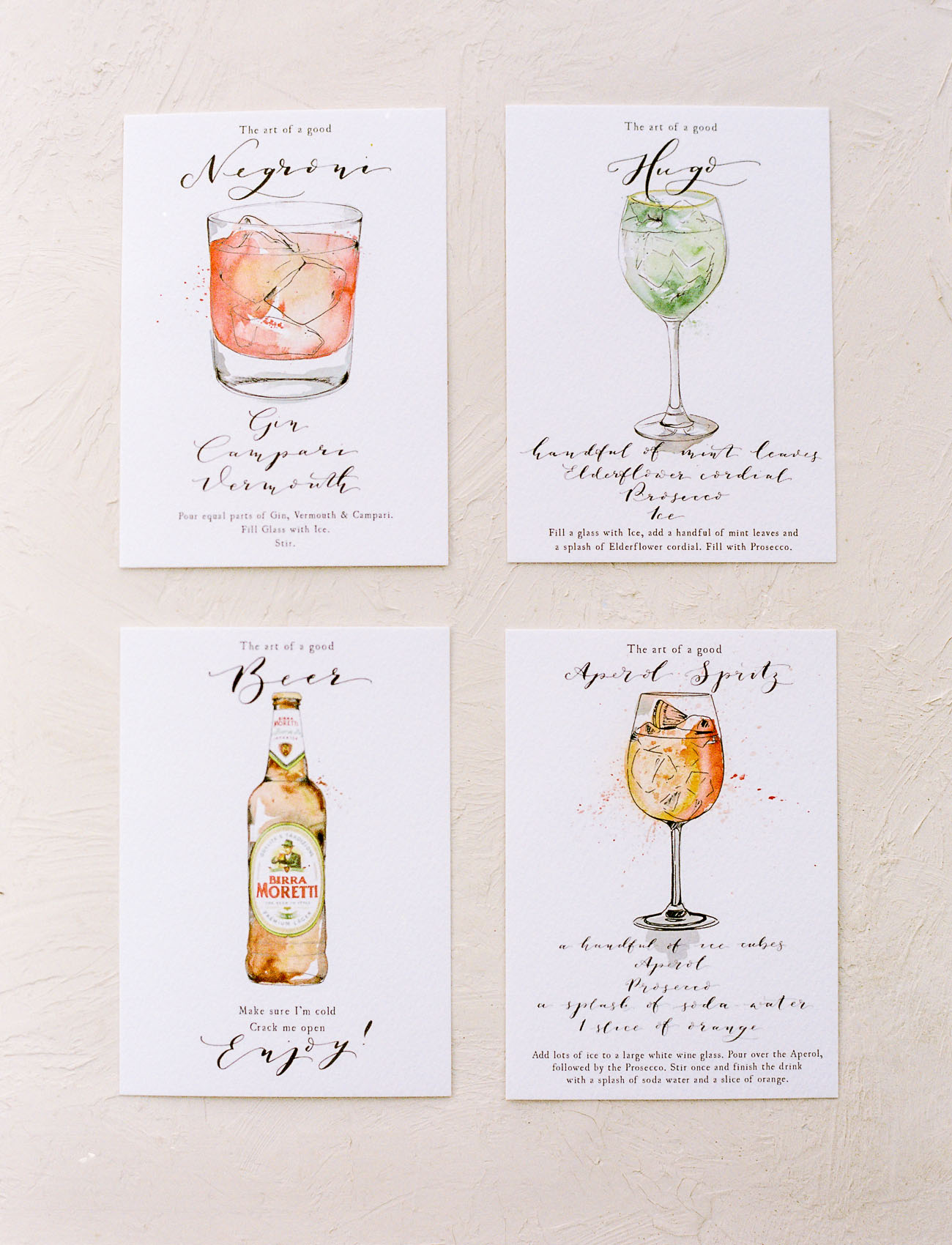 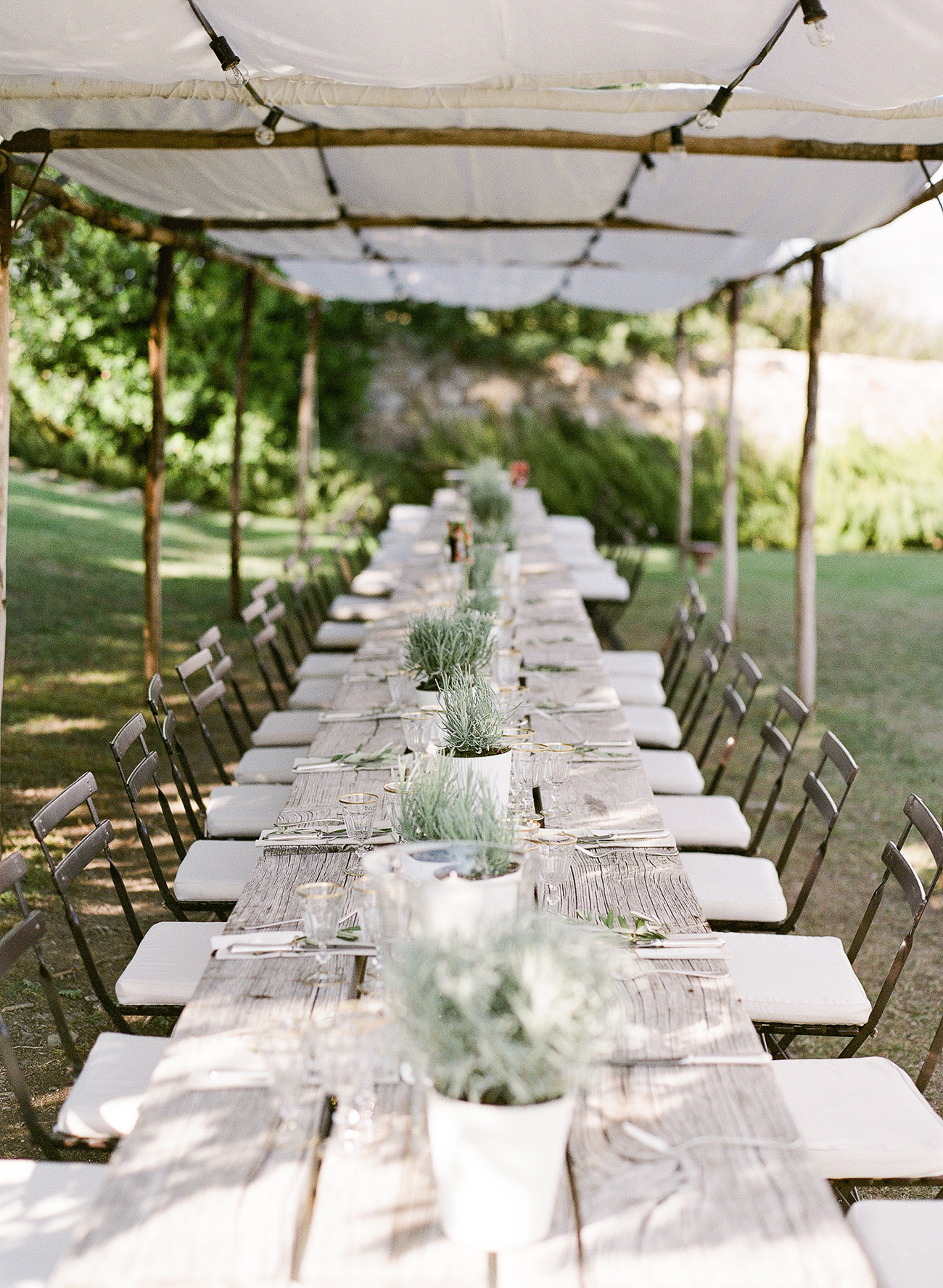 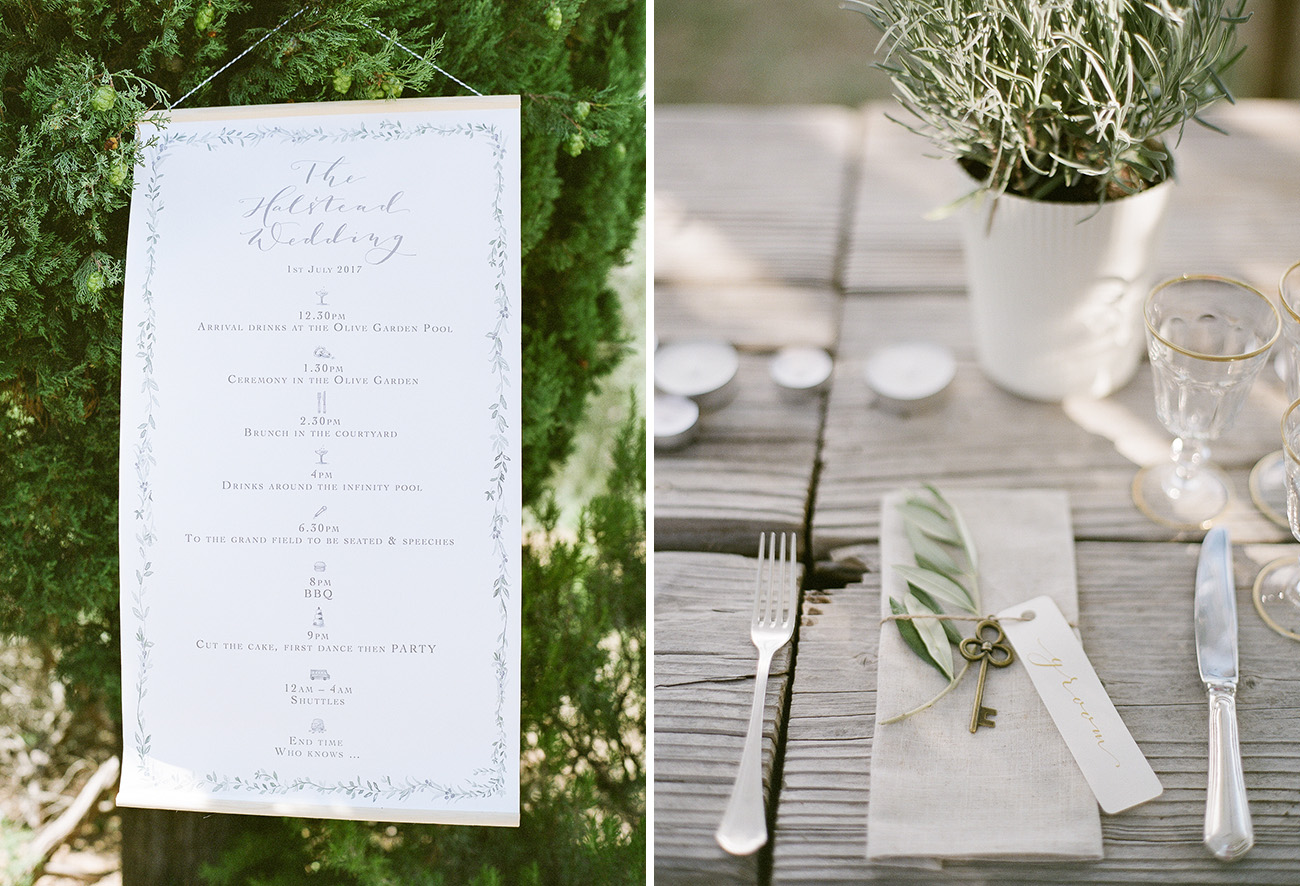 As G+B didn’t have a wedding planner, everything was DIY. They collected many decoration items from Etsy, which they brought with them from London. When they arrived in Florence, they made a trip to Ikea and picked up table essentials, too. Make every decision based on what you want and don’t feel obliged to do something because it's tradition. It's your wedding, so make it all about what you both want for it. We felt so comfortable all day and enjoyed every second. There's not a single thing we regret and our guests really felt it and enjoyed it, too.