Love when new (to me) photographers introduce me to their work. Shannen Natasha is a faithful reader and sent me this super cute engagement session. She is a photographer in Riverside CA. From Shannen, For their engagements we started out at the bride’s house in Riverside, CA. They had an old tandem bike that they wanted to use for some photos…it looked awesome but we were worried it wouldn’t even make it through the shoot as it was so old and creaky haha…thankfully it did….just barely ;) We did a few more photos in her parents yard on a swing with some books. The couple has been dating since high school and are set to graduate college in December so all of their dating lives they’ve been hitting the books…so we thought it to be fitting to include those in their shoot. 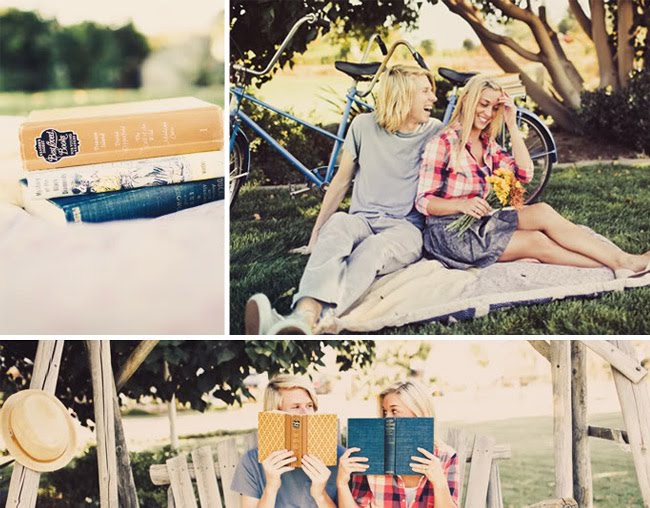 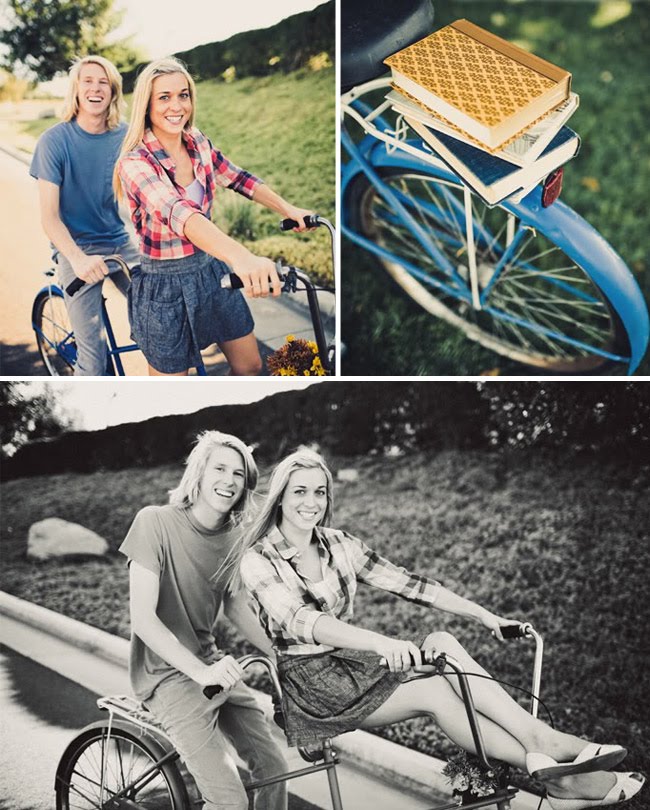 We really wanted to go somewhere woodsy so we began driving to Forest Falls…about the lowest spot in the San Bernardino Mountains that you can go that will have pine trees and that rustic romantic atmosphere. Now, I knew Candyce and Daniel wanted to find some stream or something of the sort, but it was September in California and we’re in a drought…I was pretty sure we weren’t going to find anything more than a trickle. Luckily we had a very very happy finding as we stumbled across this little wading pool. It made the perfect backdrop for the casual ‘rustic’ pictures they were hoping for. After that we were basically running around using tunnels, the middle of the mountain road, and a pitchfork to set up our last few shots…including an ode to American Gothic. 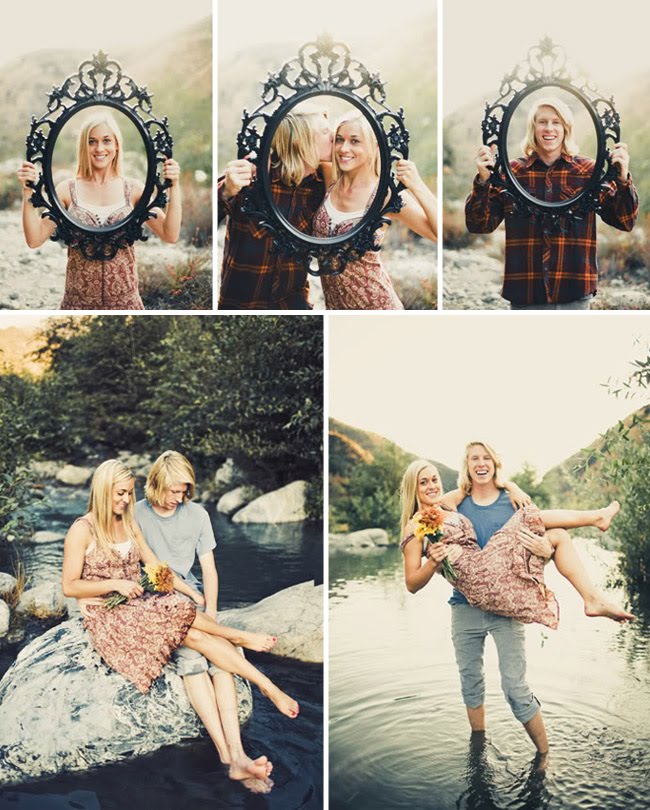 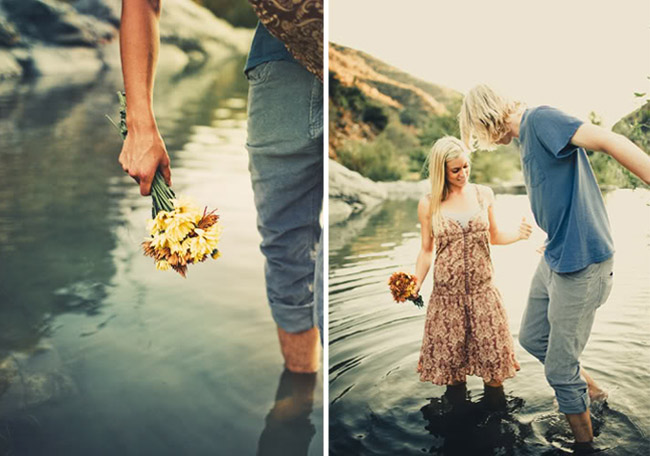 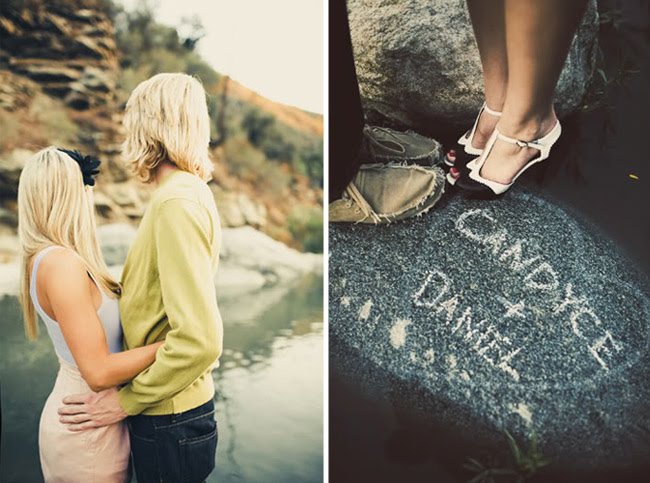 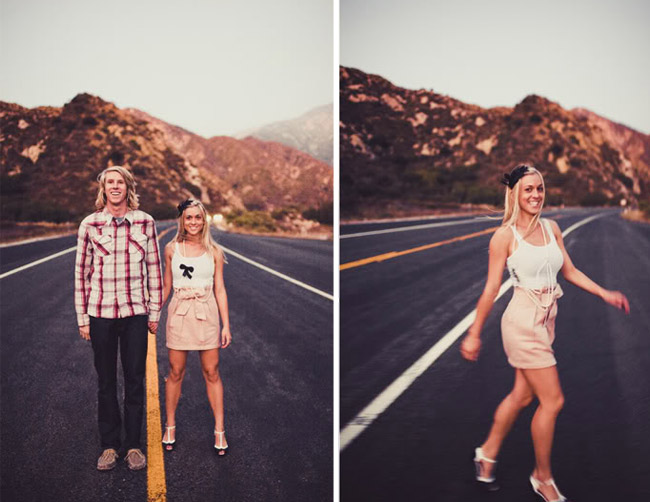 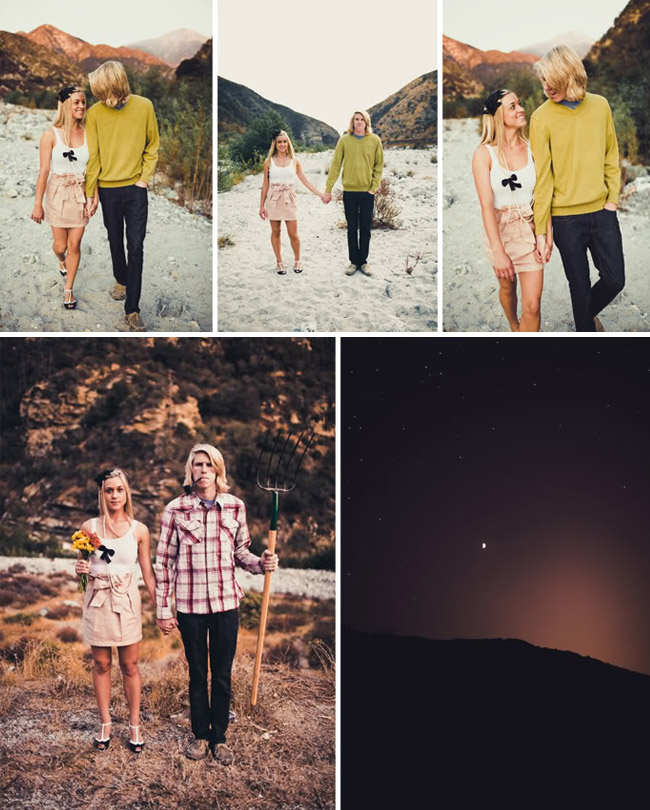 Oh, and I love this trend I’ve been seeing more and more of – getting the proposal caught on film! Yep, Shannen managed to capture this moment a few months ago. Love Candyce’s reaction – so sweet!

Thanks again Shannen for sharing your work with us! You can see more of her work on her blog.