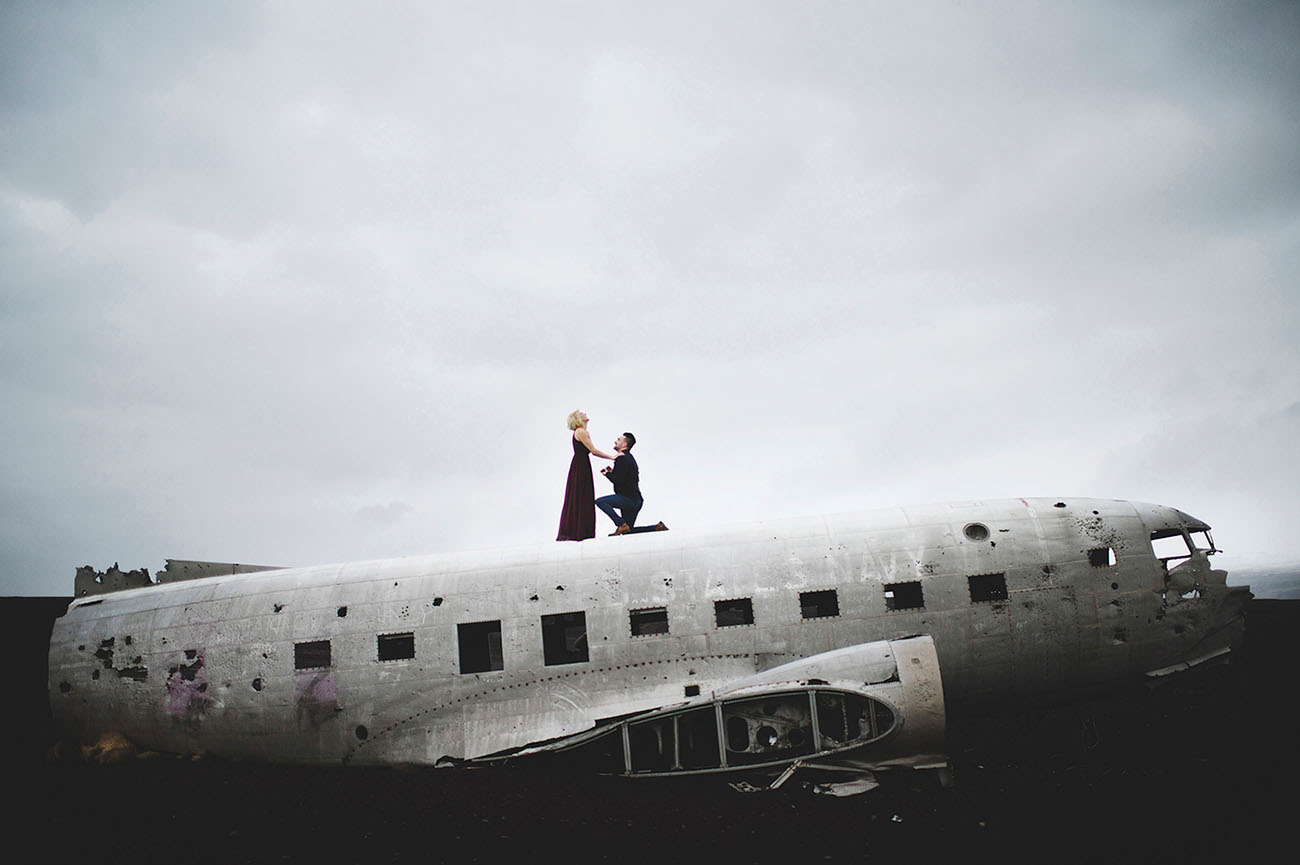 Chad + Sarah, who have been together for over 3 years, love adventure + travel quite often. Although they tend to travel to much warmer climates, one of the spots on their bucket list was Iceland. (Ours, too!!) After they announced on social media that they were going to Iceland, Molly Scott Photo & Video got a message from Chad with the ultimate plan – he was going to propose to Sarah during their trip! Molly shares, Full of dramatic landscapes, amazing waterfalls and breathtaking views, Iceland was the PERFECT place, in Chad’s sweet words, to propose to “the most beautiful woman in the world”. After months of planning, the cold November day finally came where we would surprise Sarah with a full day photo shoot in beautiful, Southern Iceland. She had no idea I would be coming to Iceland, and let me tell you – keeping that under wraps was no easy feat. 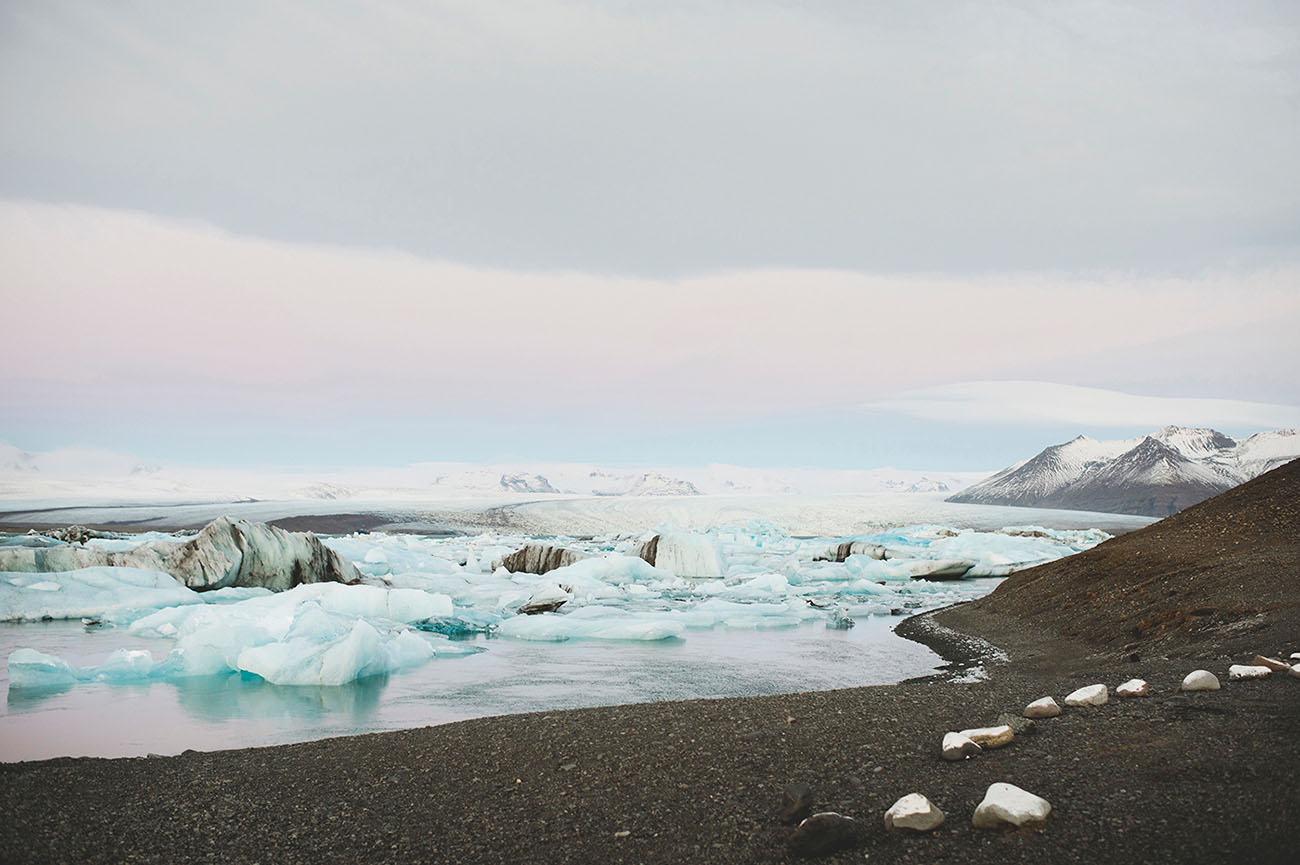 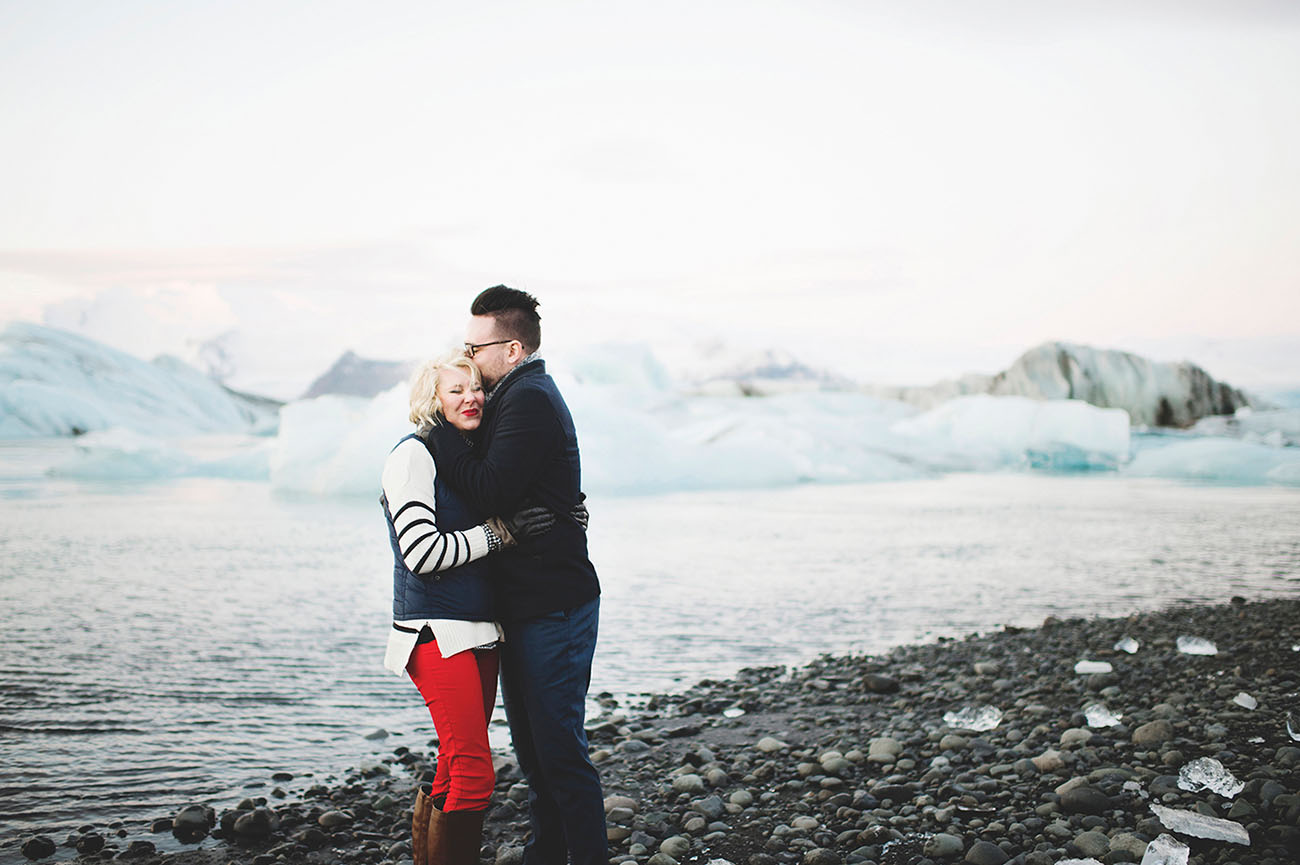 On the first day of their adventure, Chad convinced Sarah to get up super early to watch the sunrise at at the glacier lagoon in Jokulsarlon. There, Molly was patiently waiting with her camera to surprise Sarah. Molly says, After the initial shock of her significant other pulling off the most epic surprise, we began to shoot! Chad had packed their car with multiple outfits that she could change in and out of so that we’d have casual shots as well as more elegant ones. 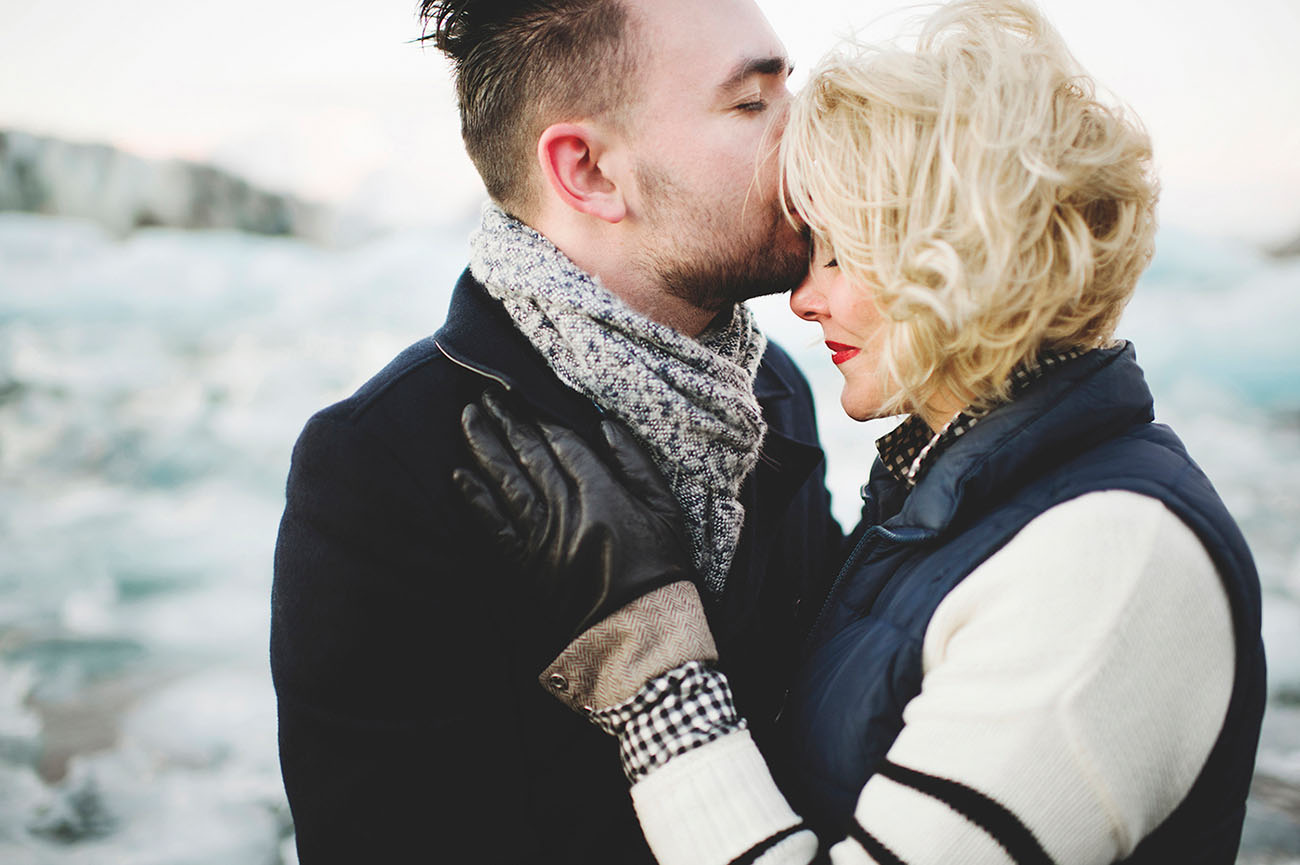 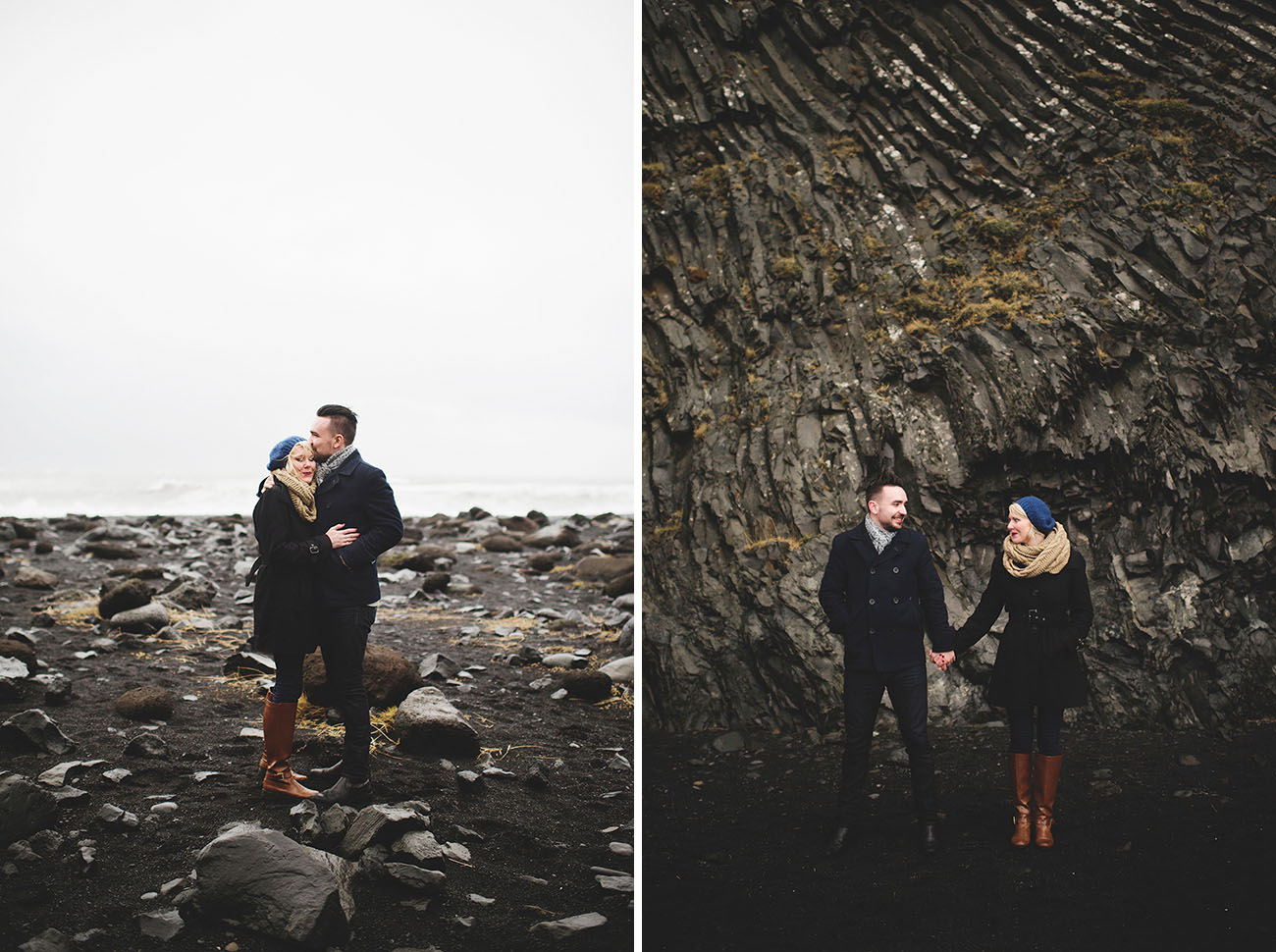 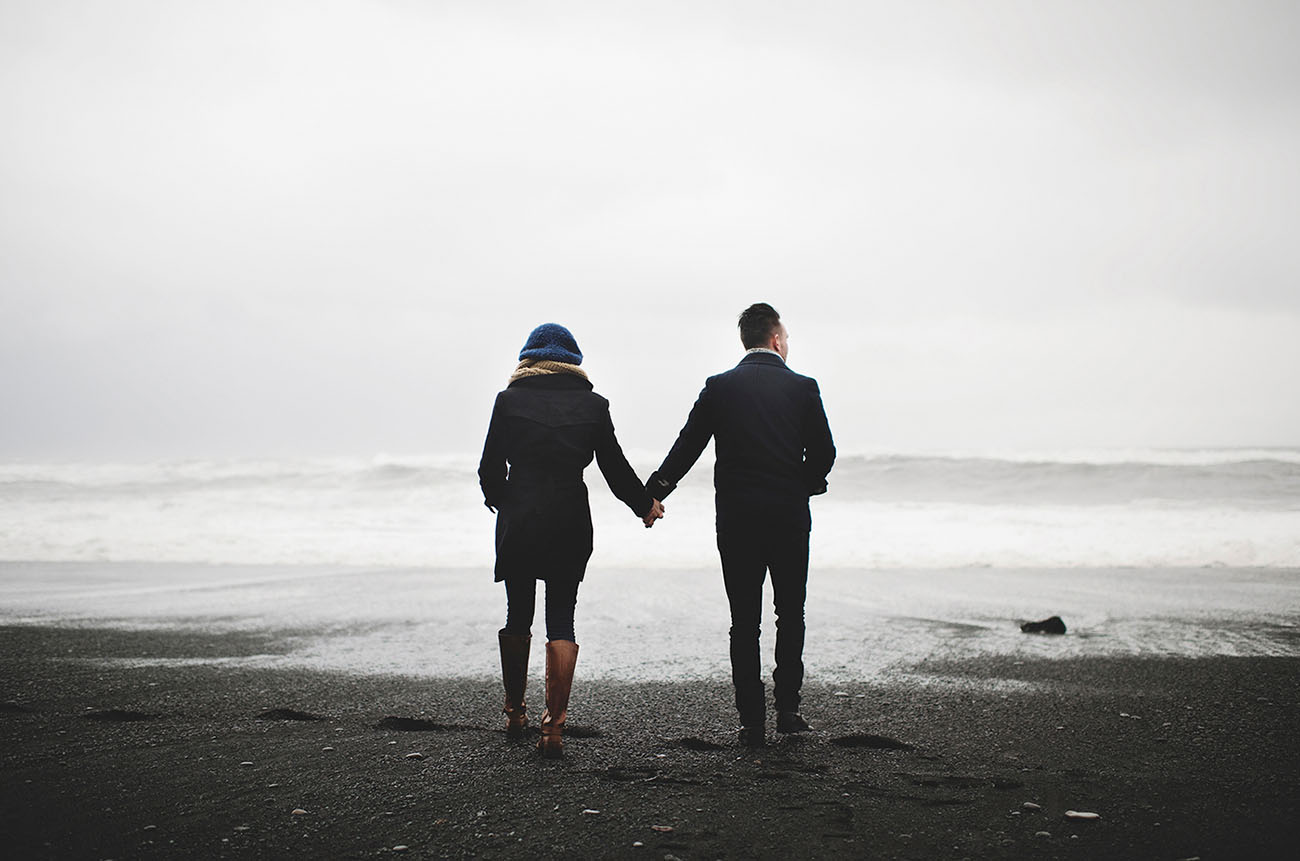 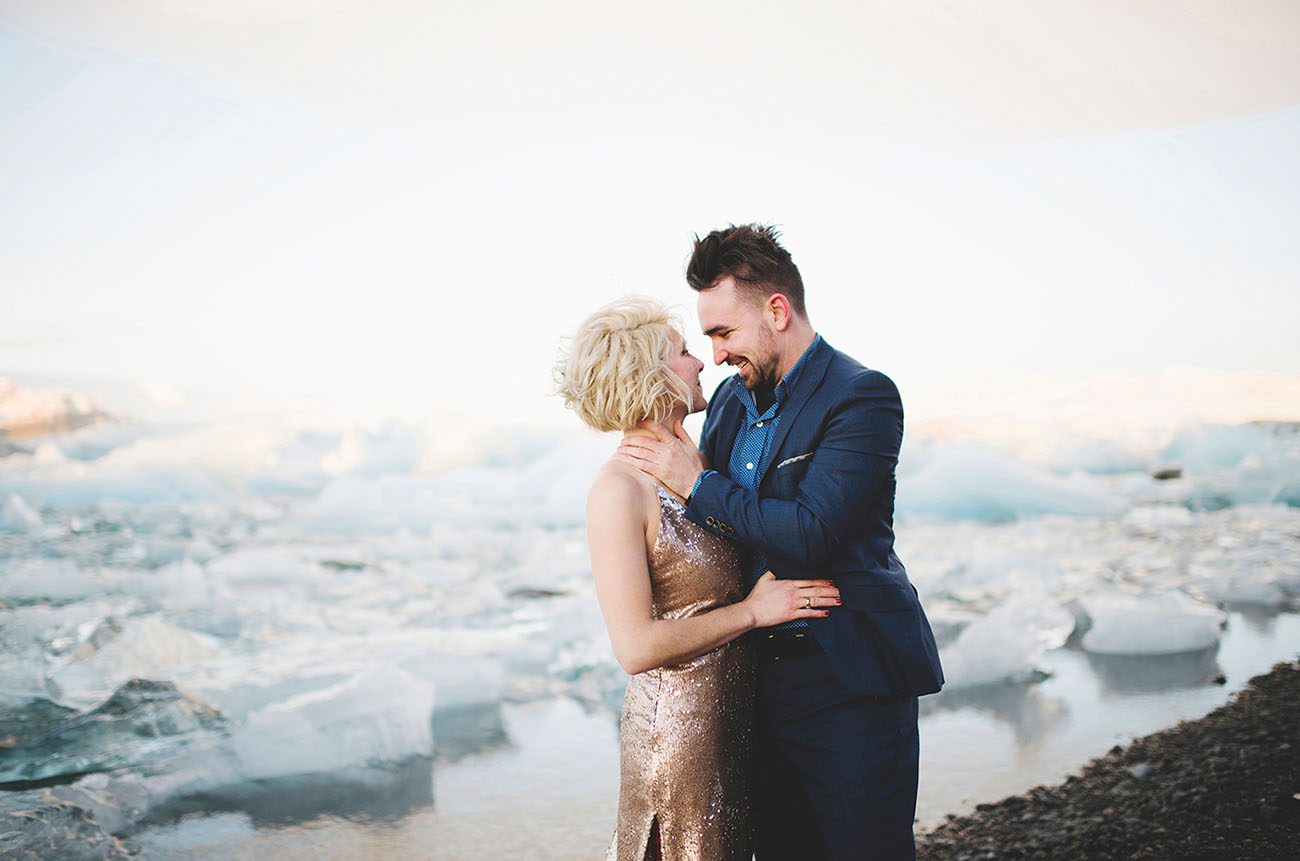 Sarah kept it together during the (7 hour!) shoot, and humored Chad + Molly by taking her coat off for most of the shots. Big props to her because it was BELOW freezing! 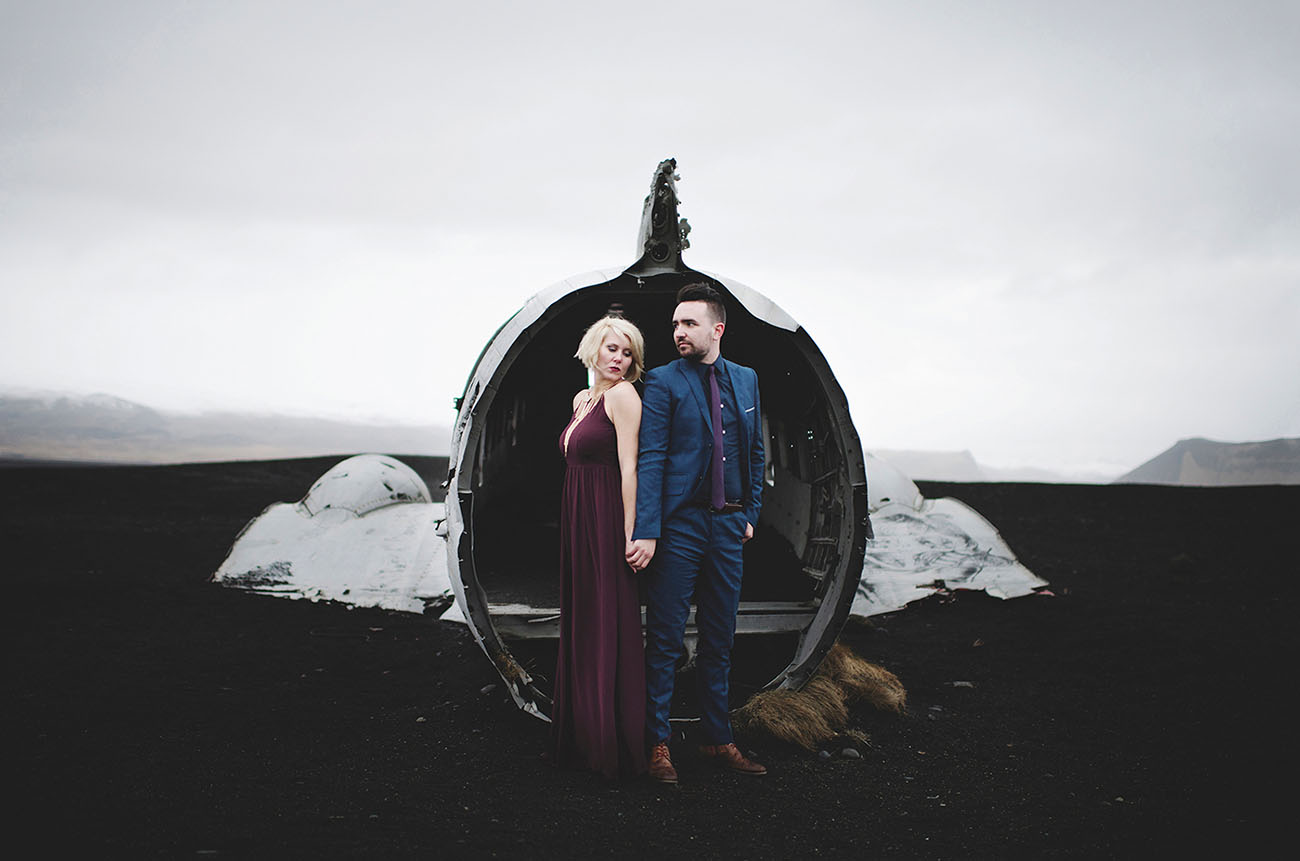 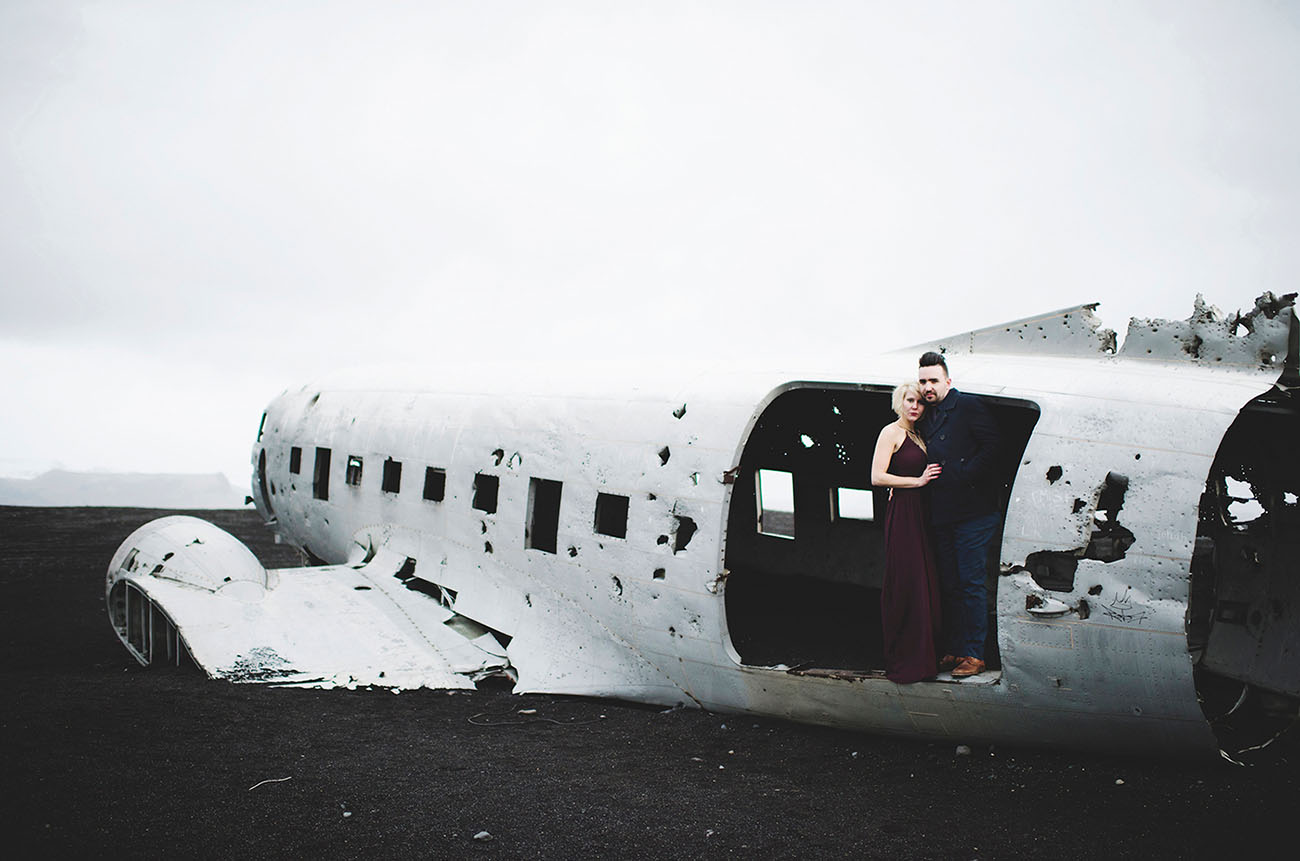 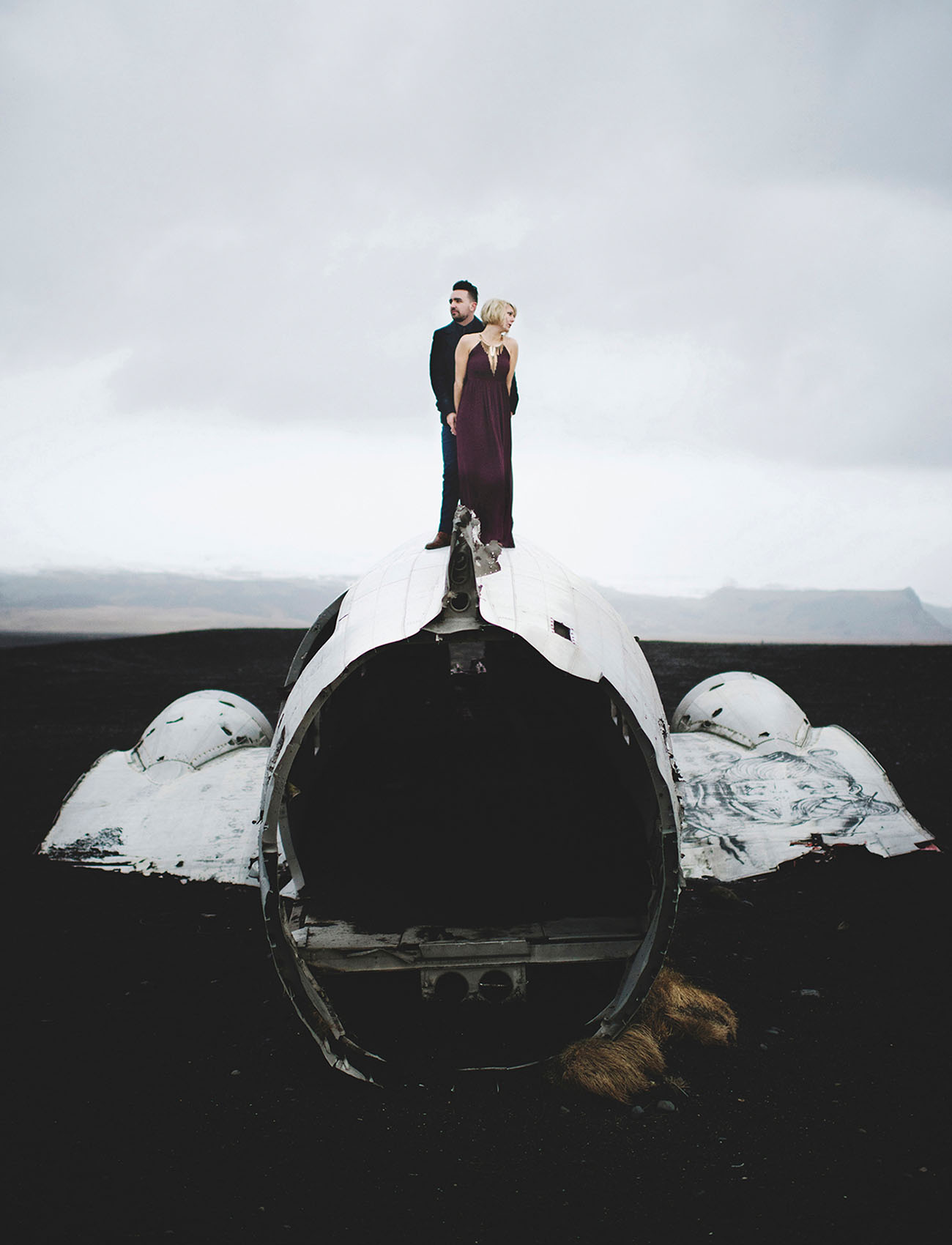 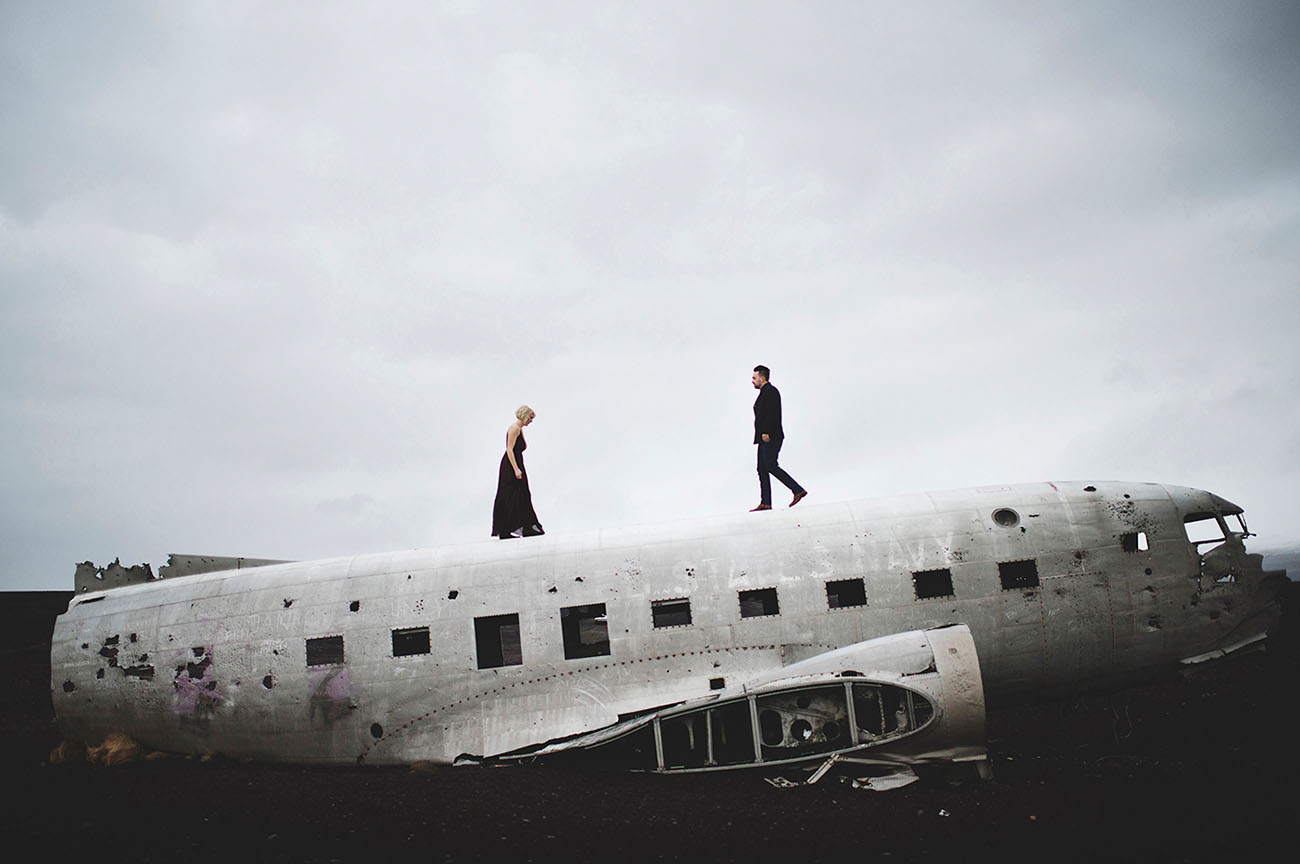 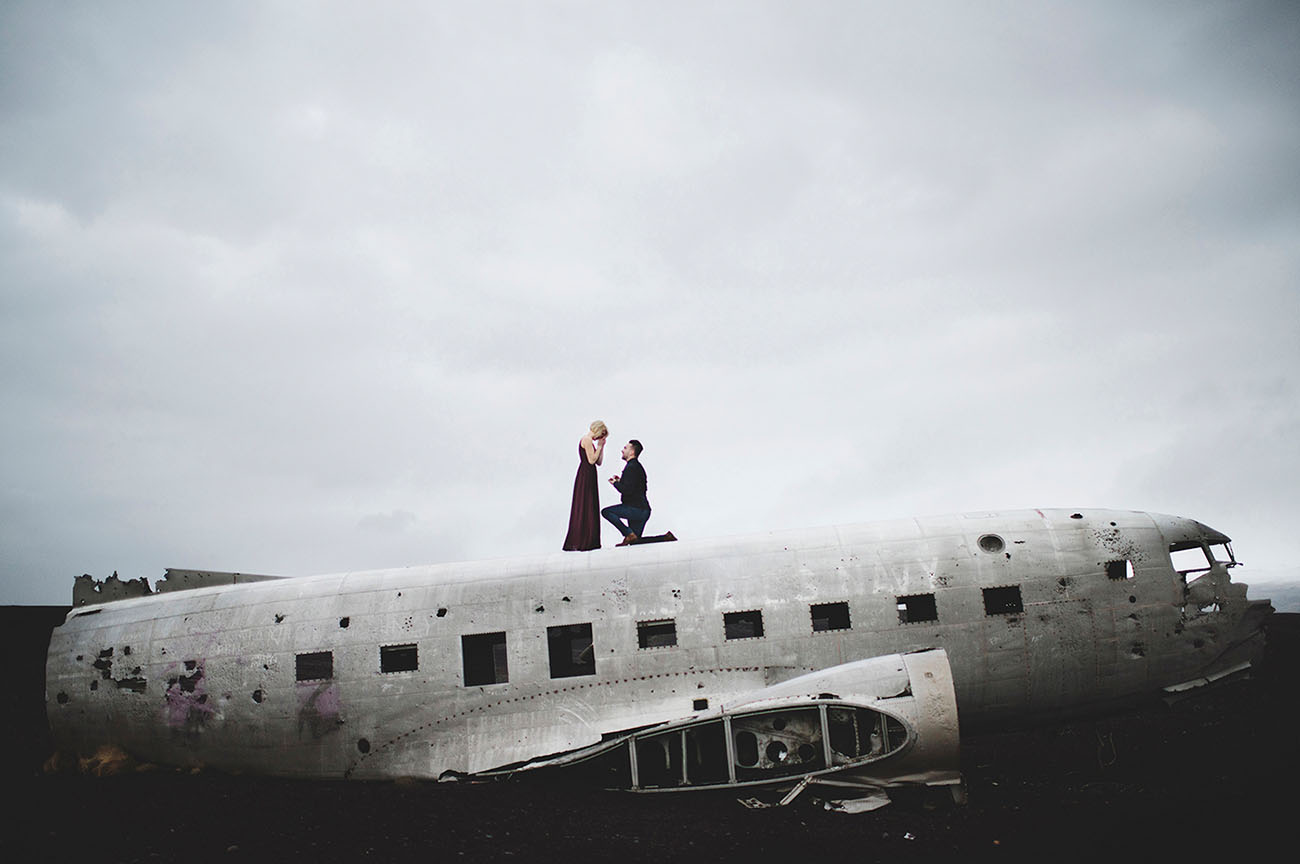 The original plan was for Chad to propose at the beginning of the day, in Jokulsarlon, atop an ice glacier, but they were forced into plan B due to unexpected weather restrictions (unbelievably strong winds and hail). It wasn’t until the final moment of daylight that Chad finally got on one knee atop of the infamous wrecked plane on the black sand beach of Sólheimasandur and proposed to the love of his life!! 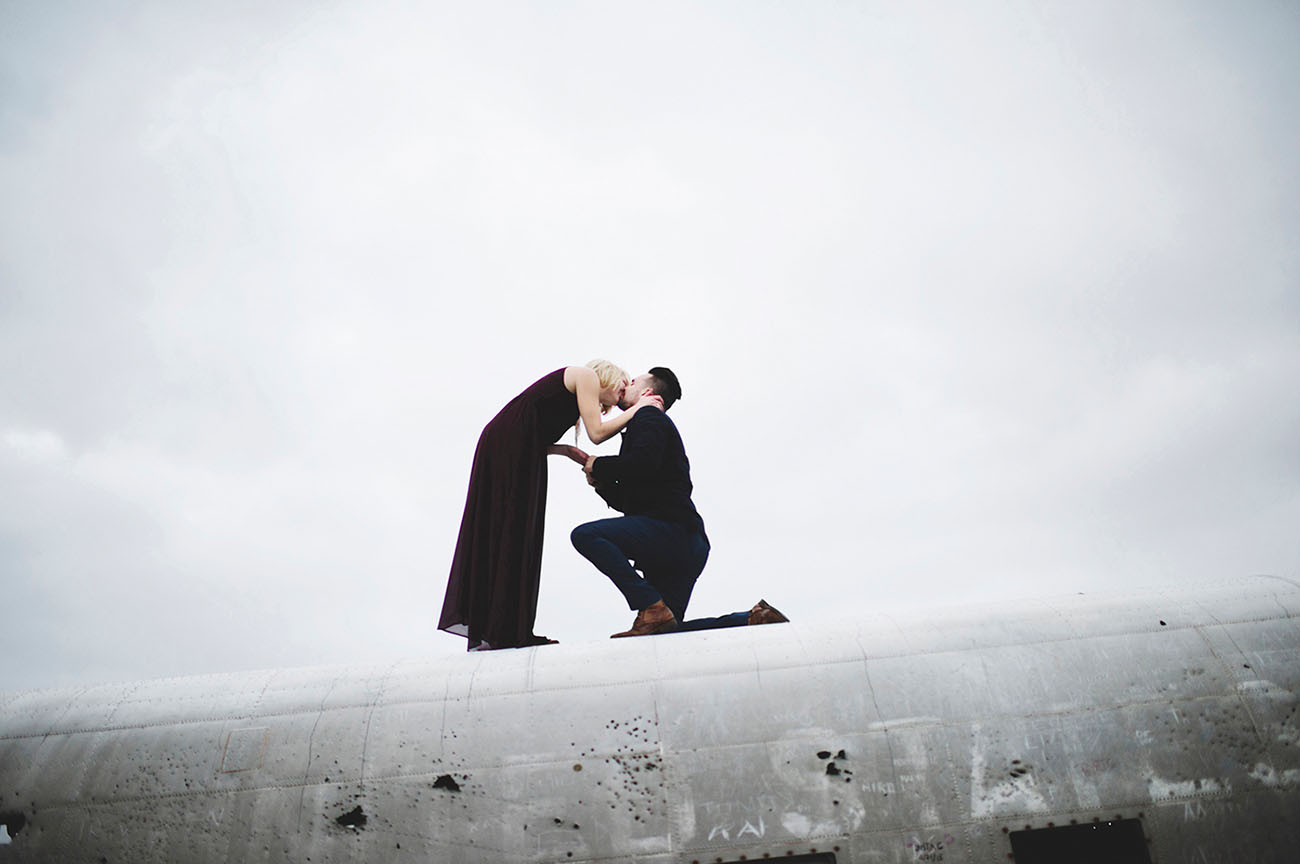 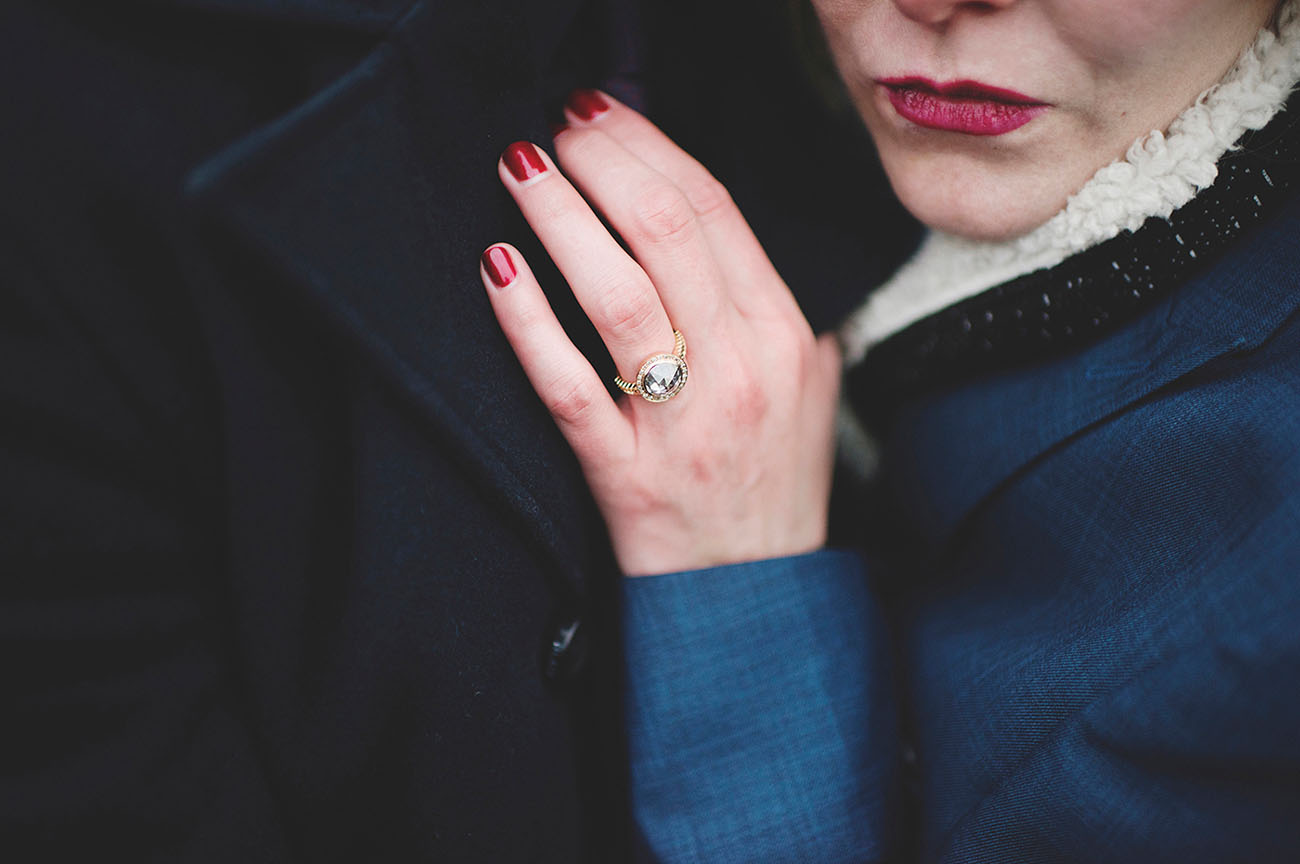 So amazing, right?! Congrats to these two lovebirds + thanks to Molly Scott Photo & Video for sharing!