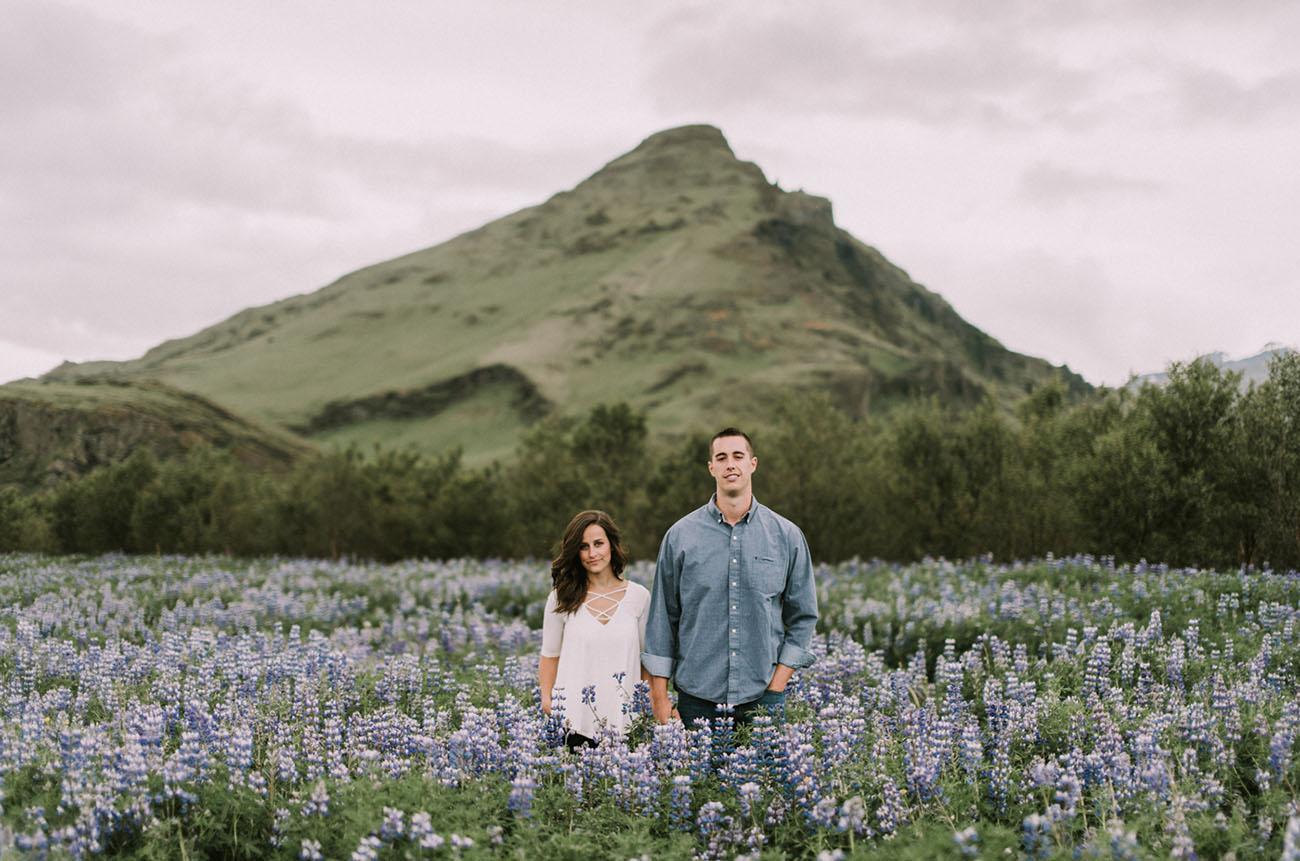 Jenny is an amazing photographer who has always been intrigued at the idea of visiting Iceland saying, I definitely had the travel bug and convinced my boyfriend, Shawn, of 8 years to leave the US and go with me! We often got asked “why Iceland?”,  I would respond “have you ever seen photos, its unreal, its a photographers dream!” I had started to see more and more photos as Iceland is becoming quite the popular adventure vacation and became mildly obsessed.

Discovering her trip dates would overlap with fellow photog, Caitlin of CJK Visuals, Jenny reached out asking about possibly setting up a couple’s shoot to snag some photos of her and Shawn before they headed back to the states. But Caitlin tells us the most exciting part of all, As we moved forward with setting up a time and place, Jenny had no idea that her boyfriend had been emailing me too, about proposing to her mid-session!! 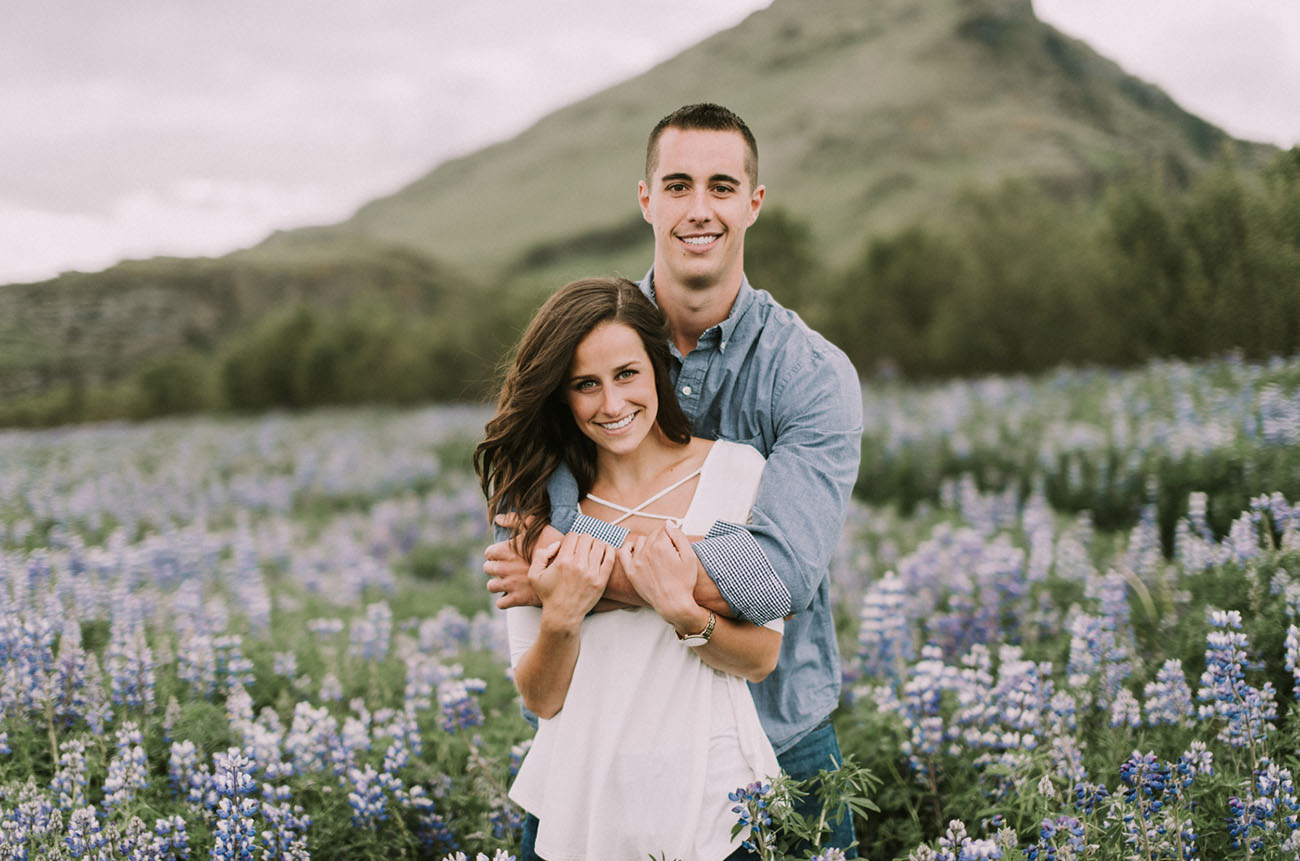 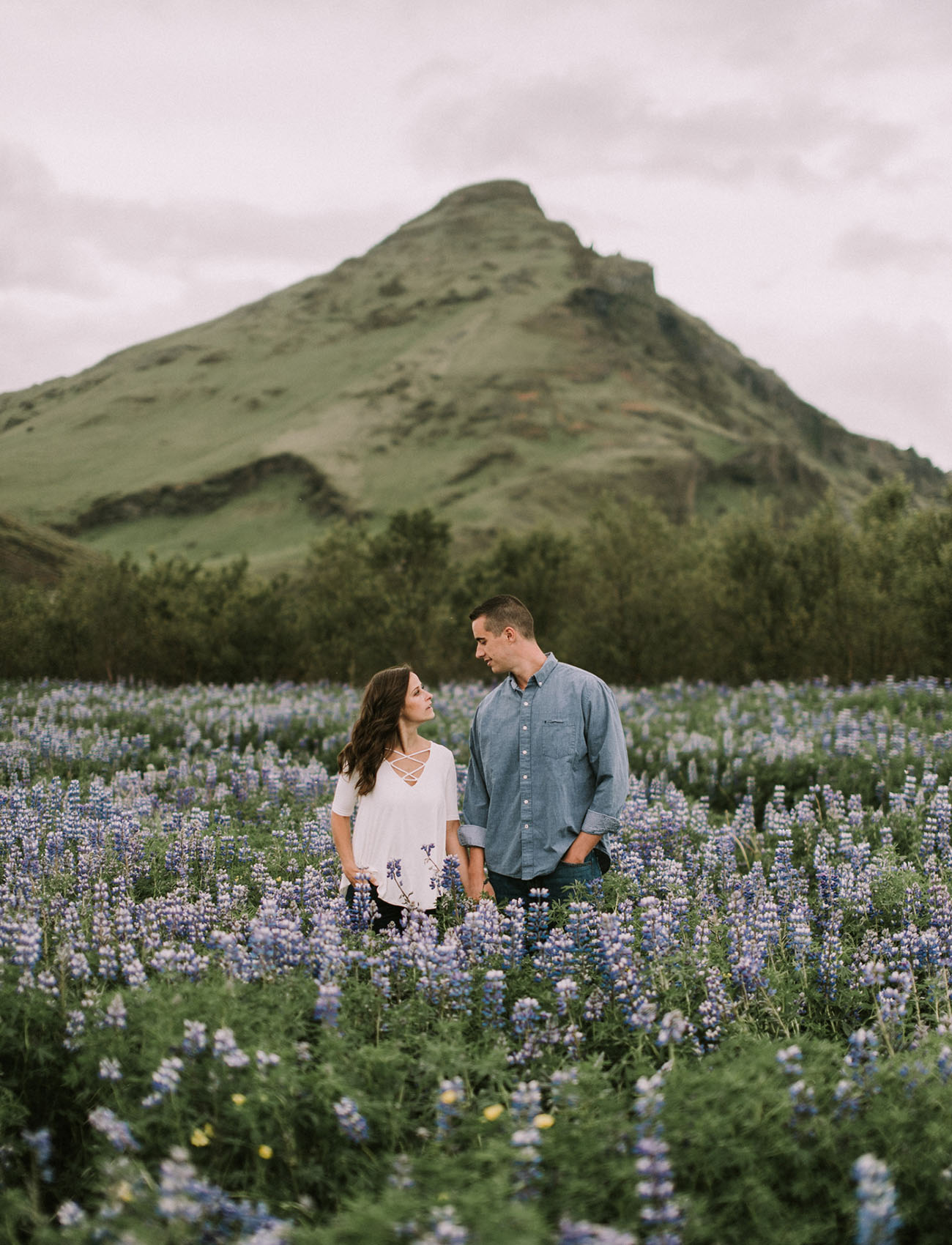 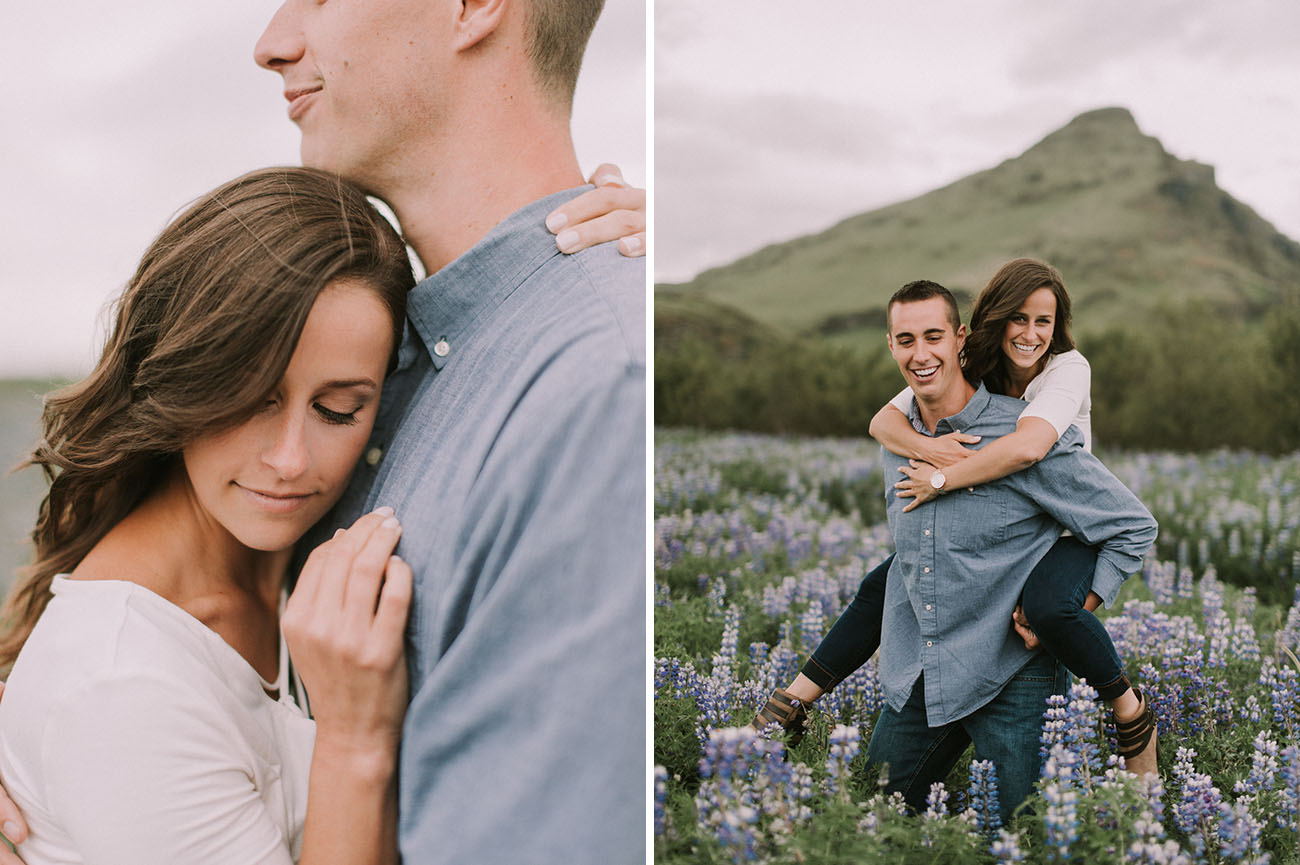 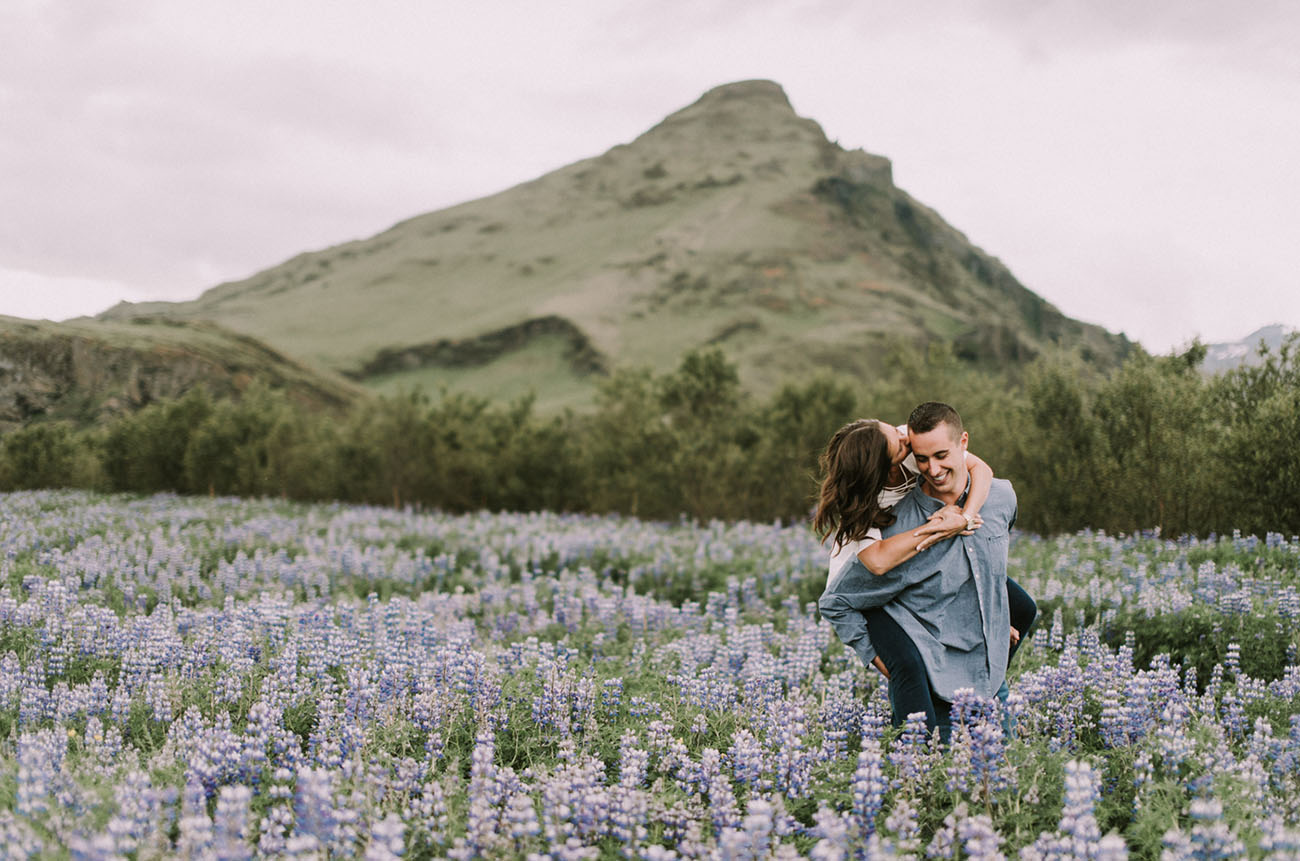 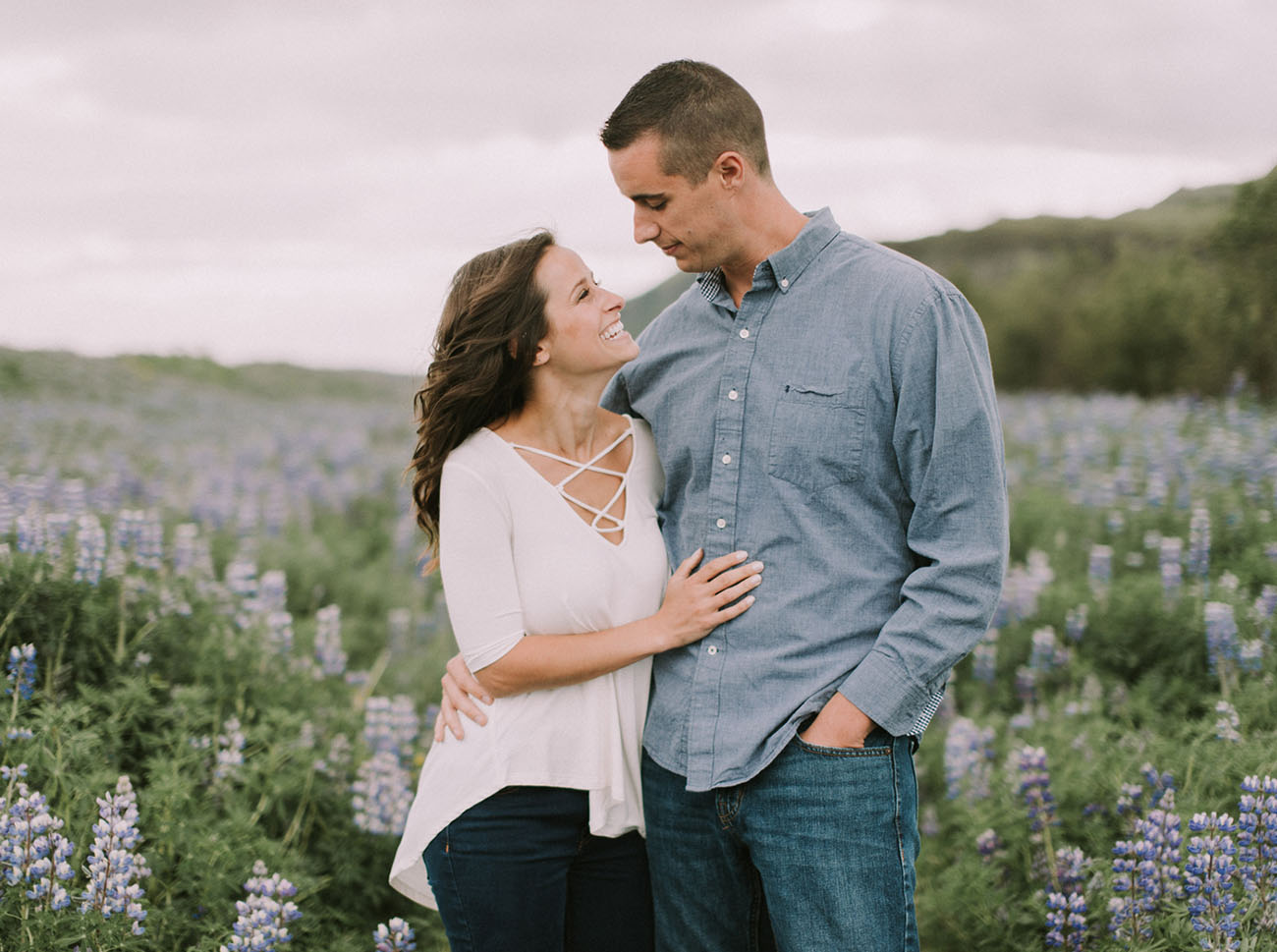 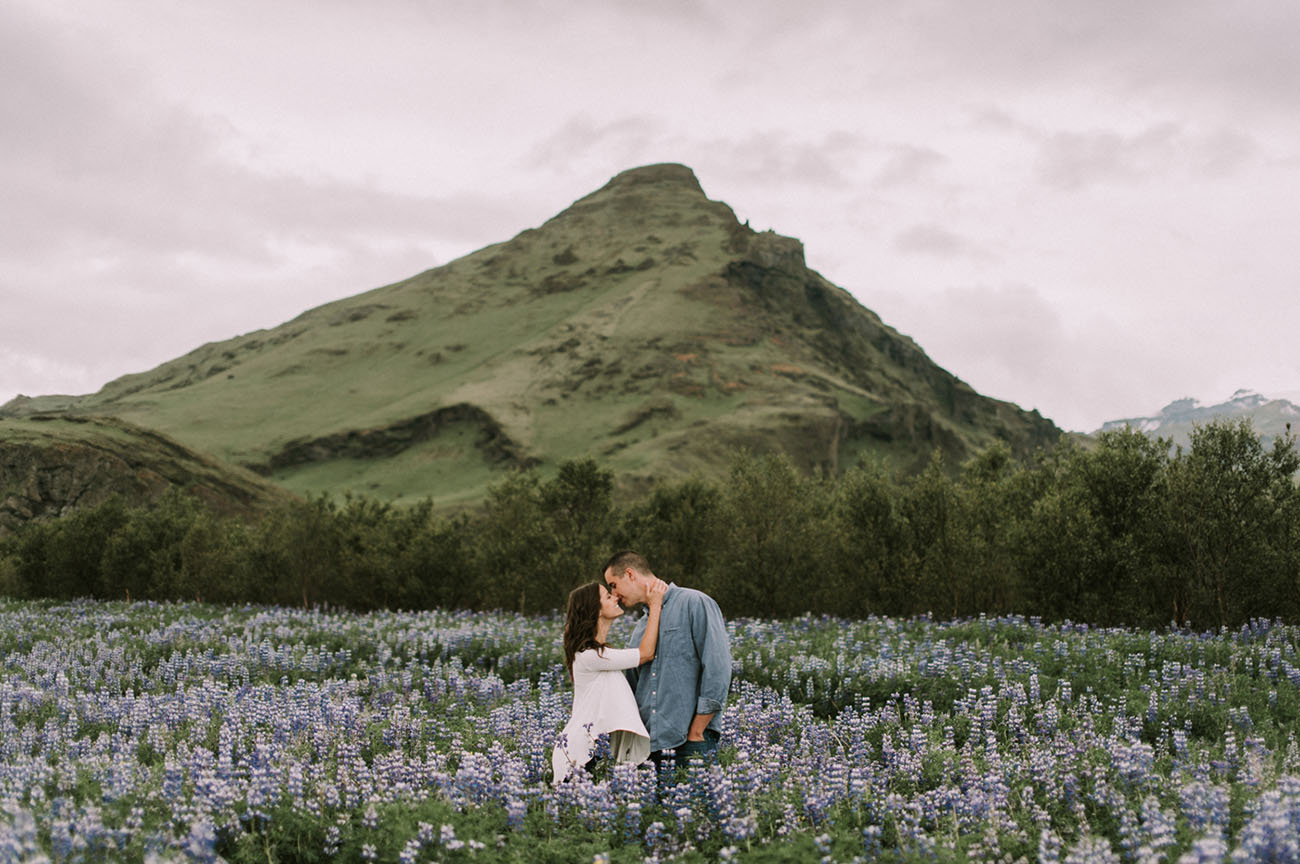 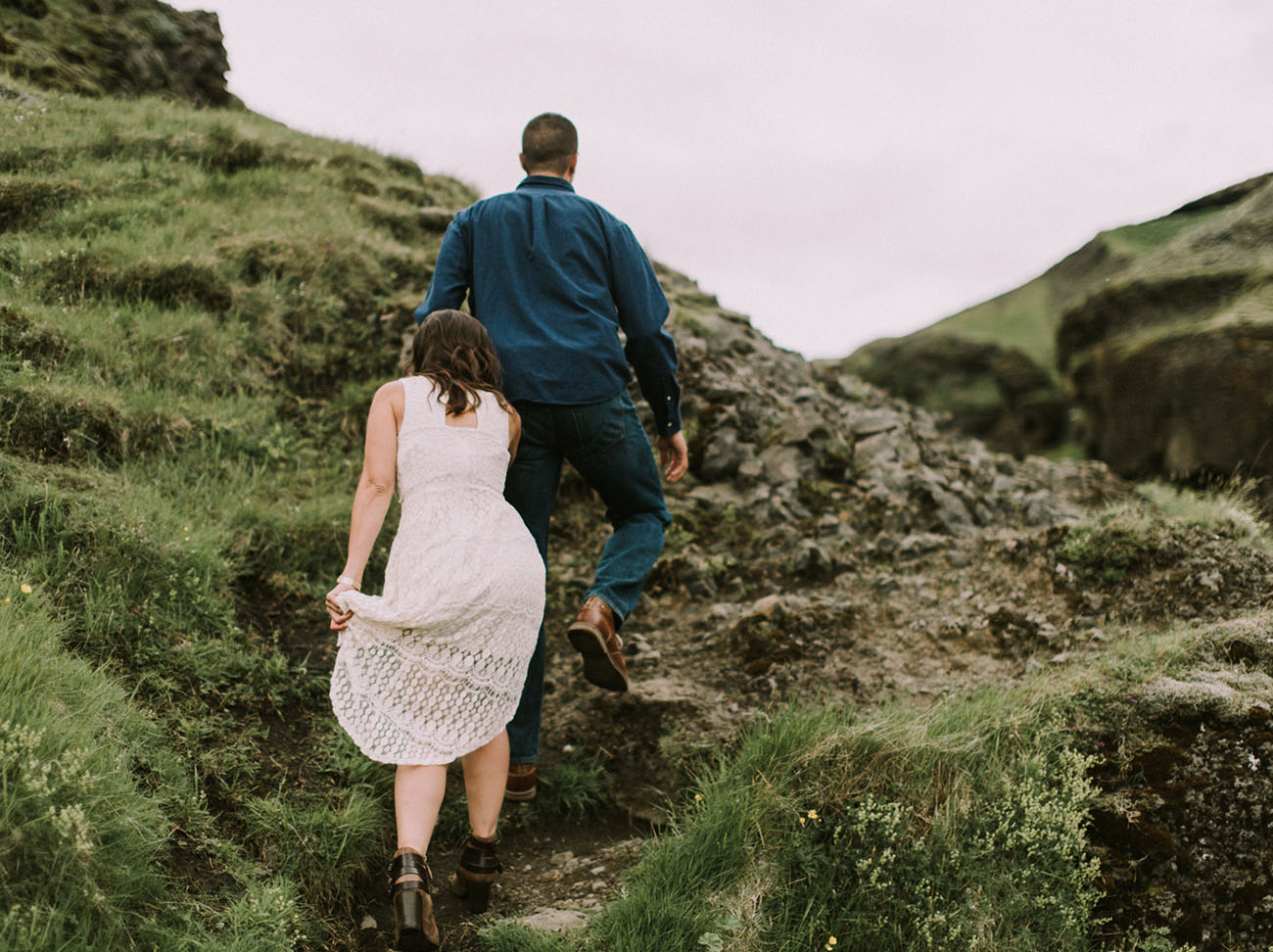 Caitlin shares, Fast forward a few months, a 2 hour drive, and 30 minutes into the session later, and we’re hiking towards a hidden, completely empty waterfall (with exception to a family of sheep!). As I backed up a bit, I hinted to Shawn that I think “this is the best view we’ll have all day!” He turned to Jenny and said, “I love you.” She laughed and replied, “I love you too!” when he responded, “No, I REALLY love you,” as he bent down to his knee and pulled a ring hidden in his sock! It was one of the most memorable moments I’ve ever had as a photographer and I’m SO happy I could capture it for these two amazing souls. 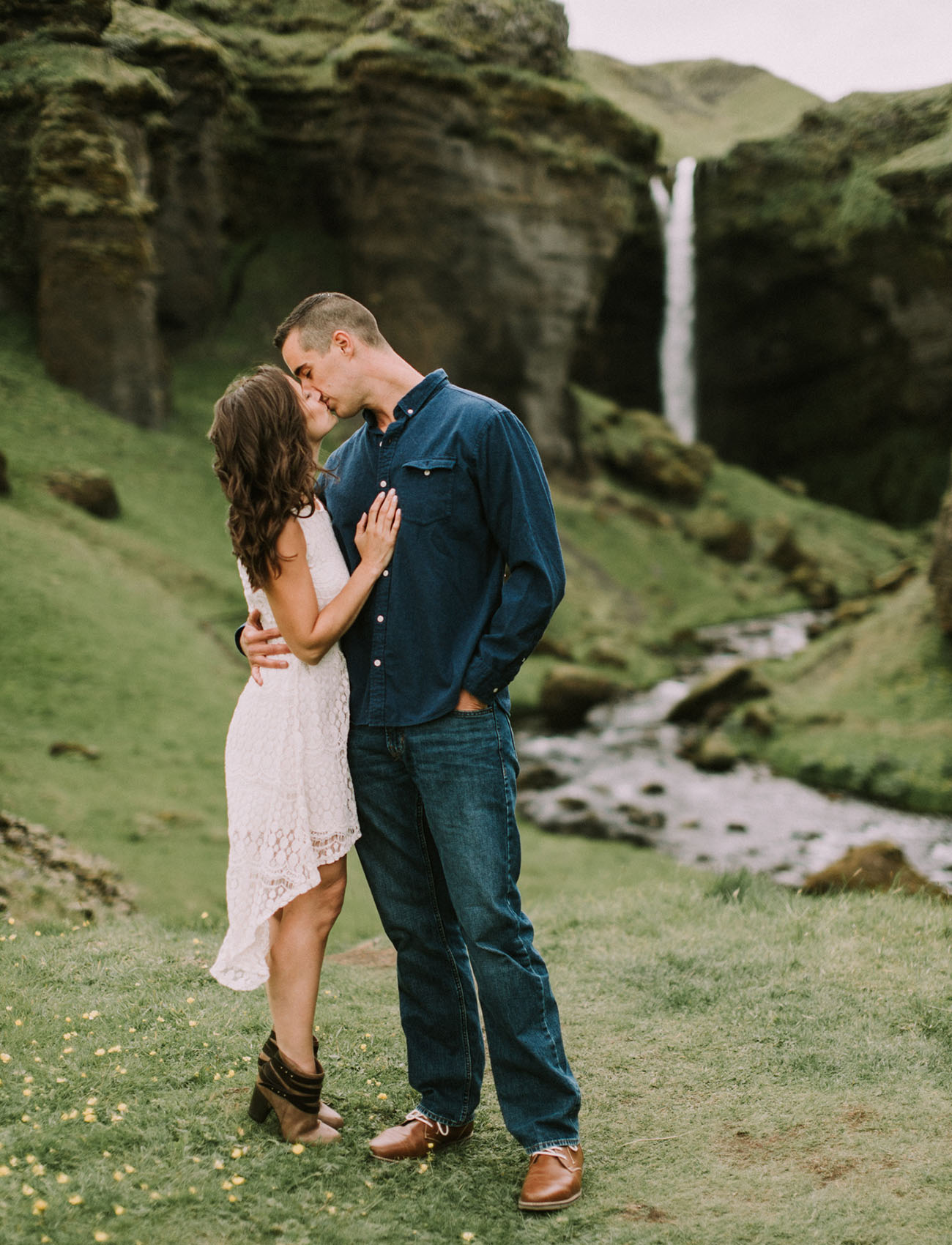 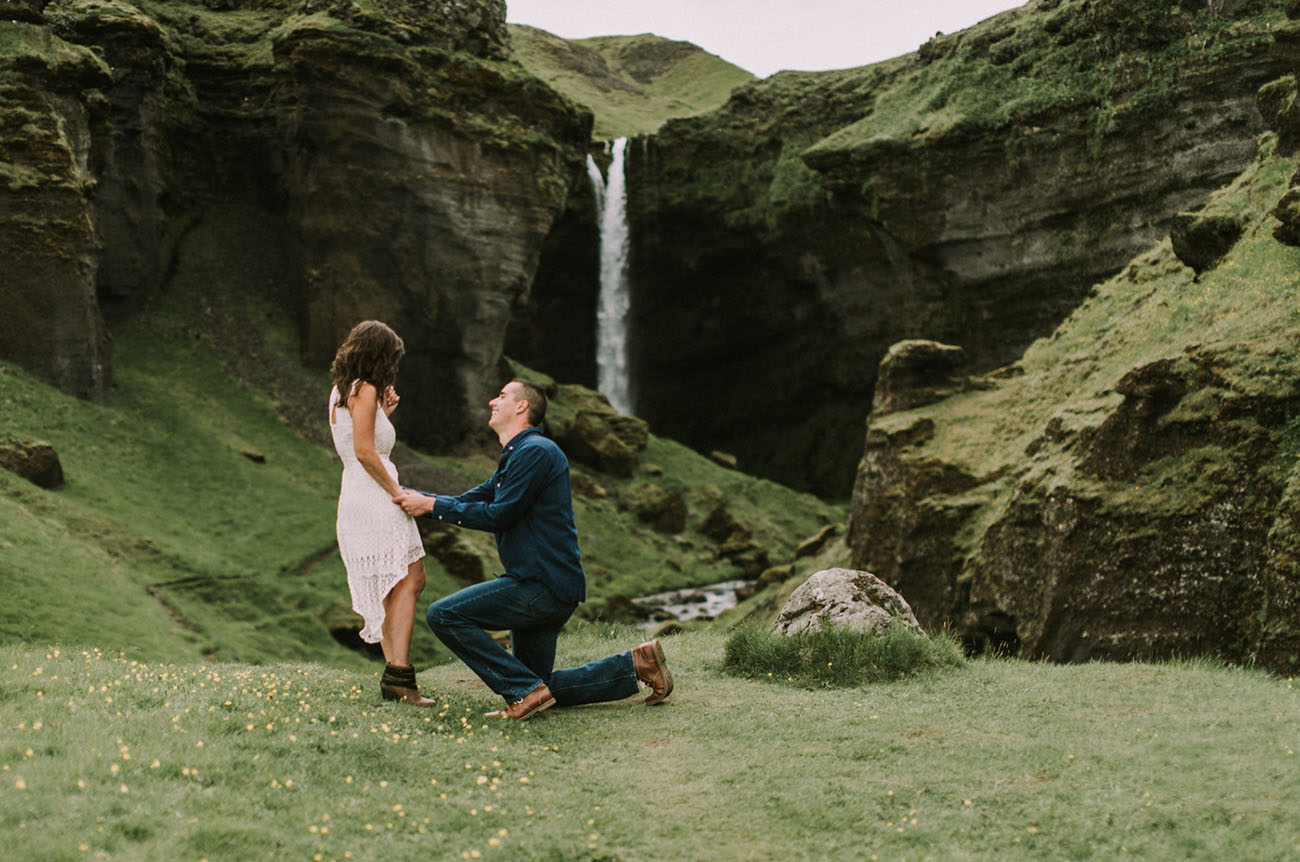 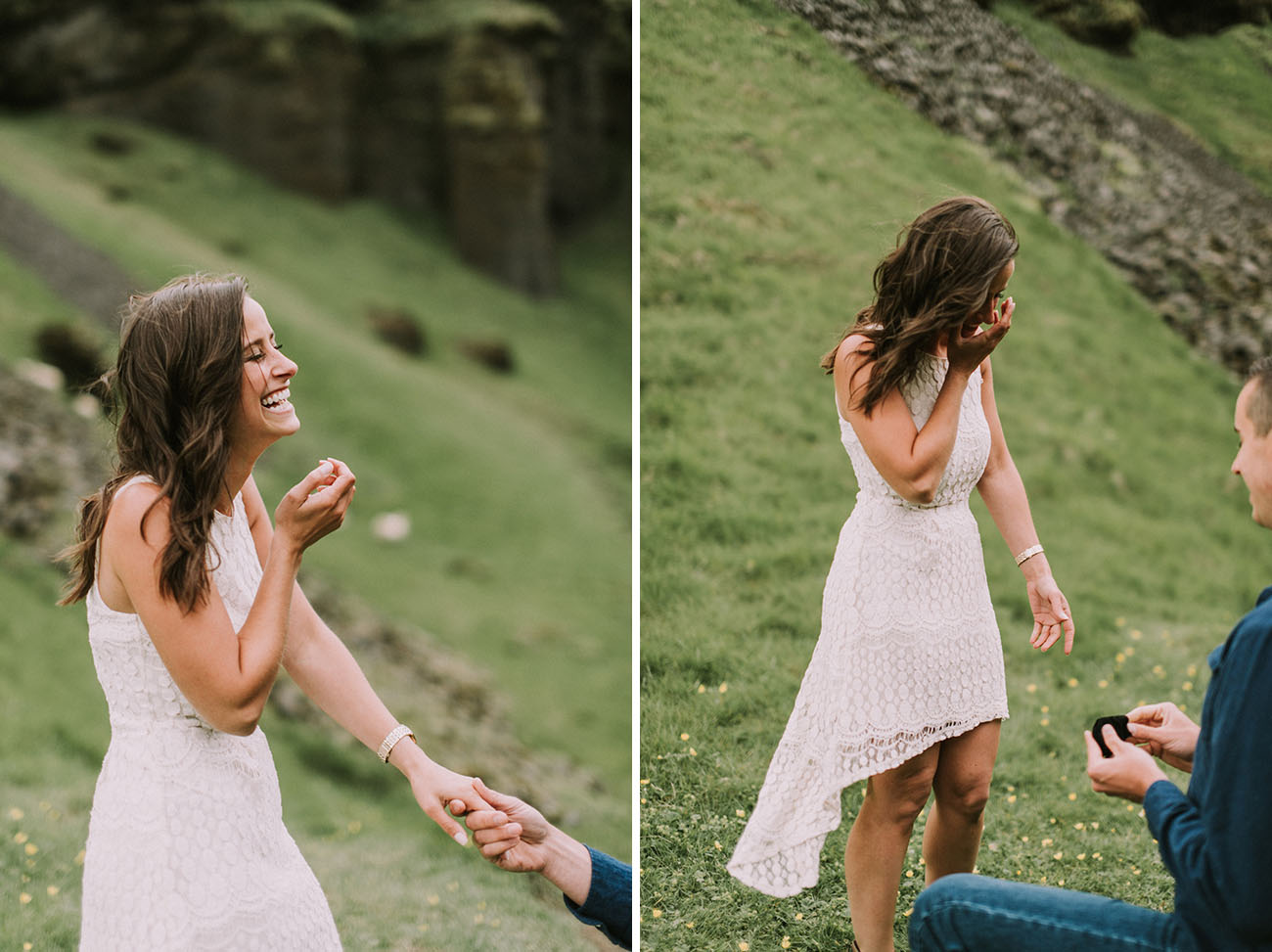 And Jenny recalls, As we began posing for photos in front of the waterfall, looking back I can remember noticing how Shawn’s heart was beating out of his chest and thought that was strange (the hike up to the waterfall wasn’t that hard!). He began to kneel down on one knee and give me his speech, I was completely shocked and confused by what was happening, the entire proposal was a blur. Luckily we had Caitlin to document not only our first photo session ever, but our proposal story which is forever representing the best trip of our lives! 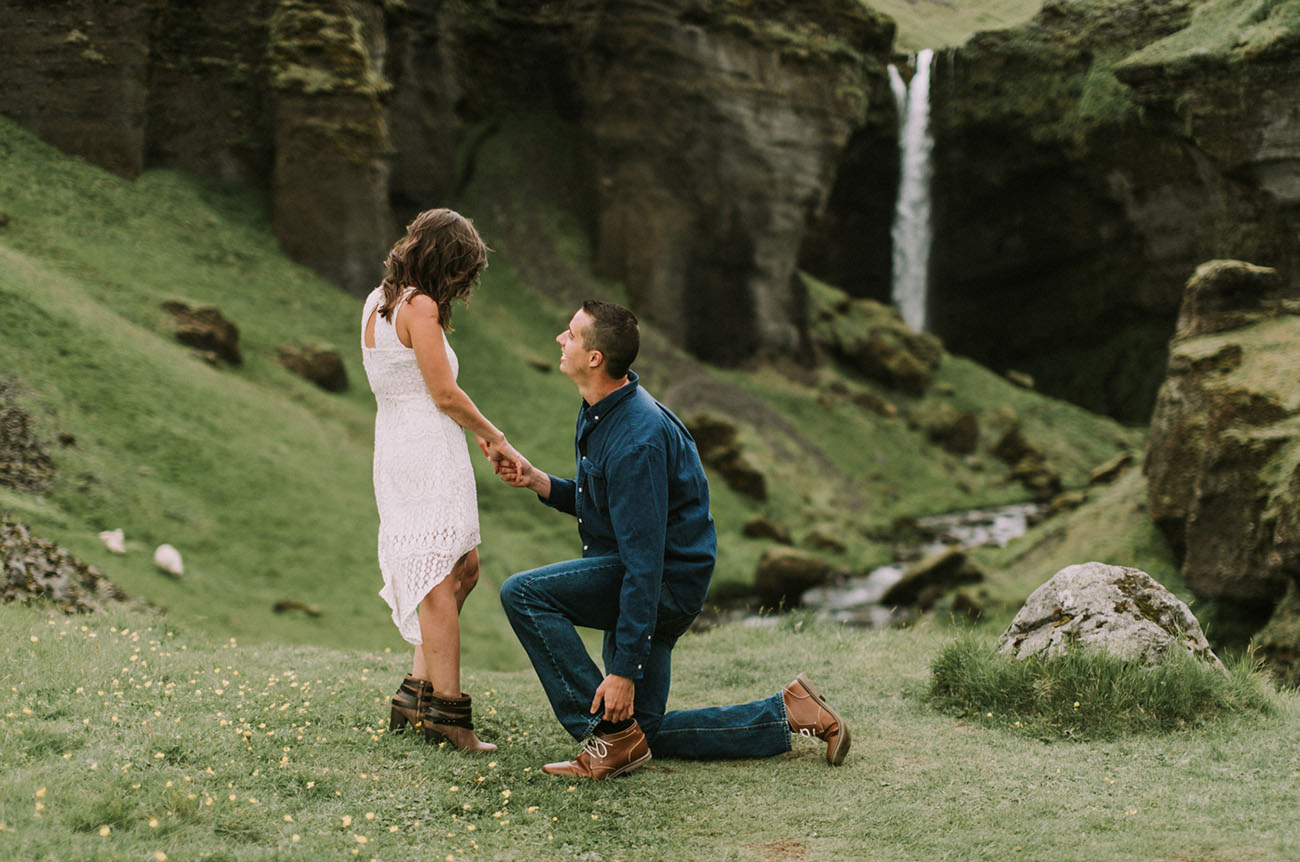 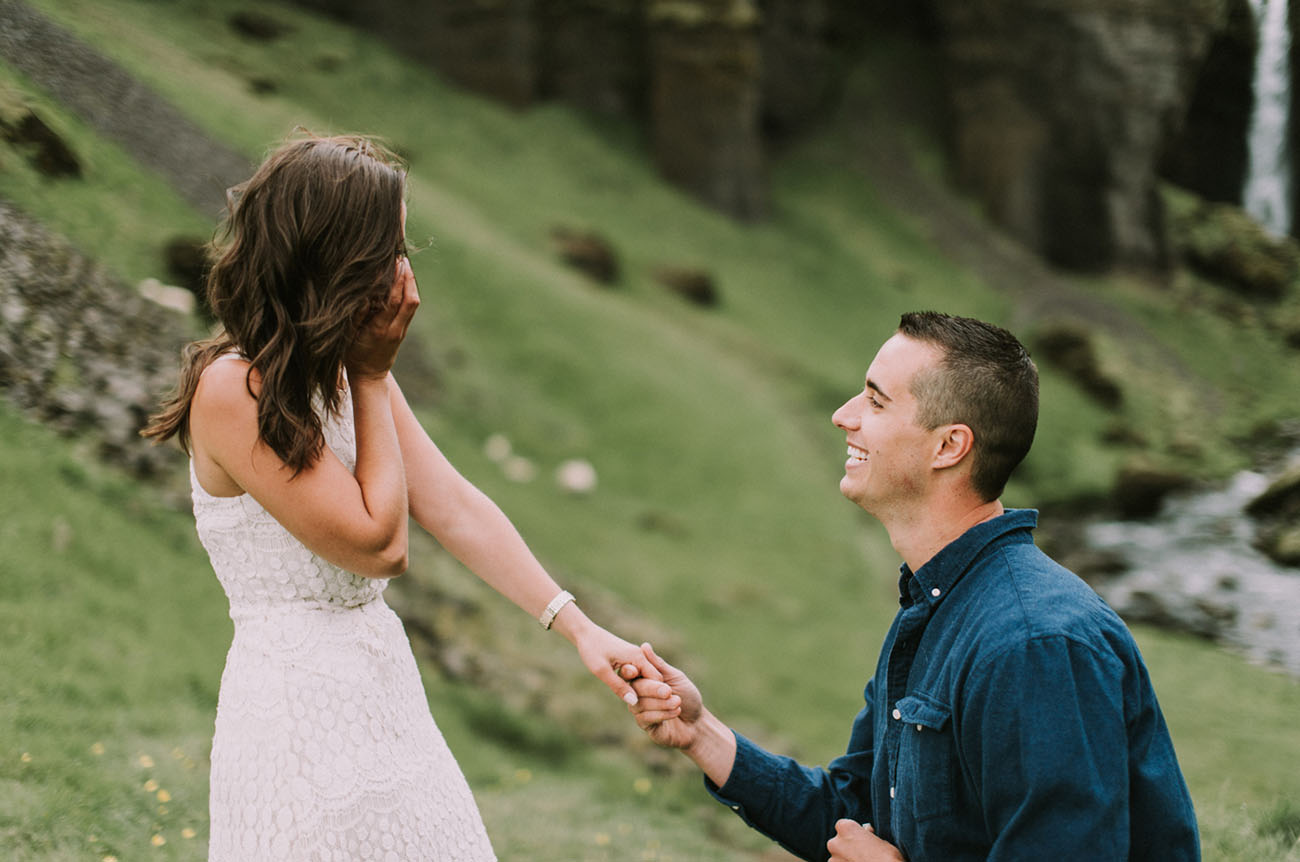 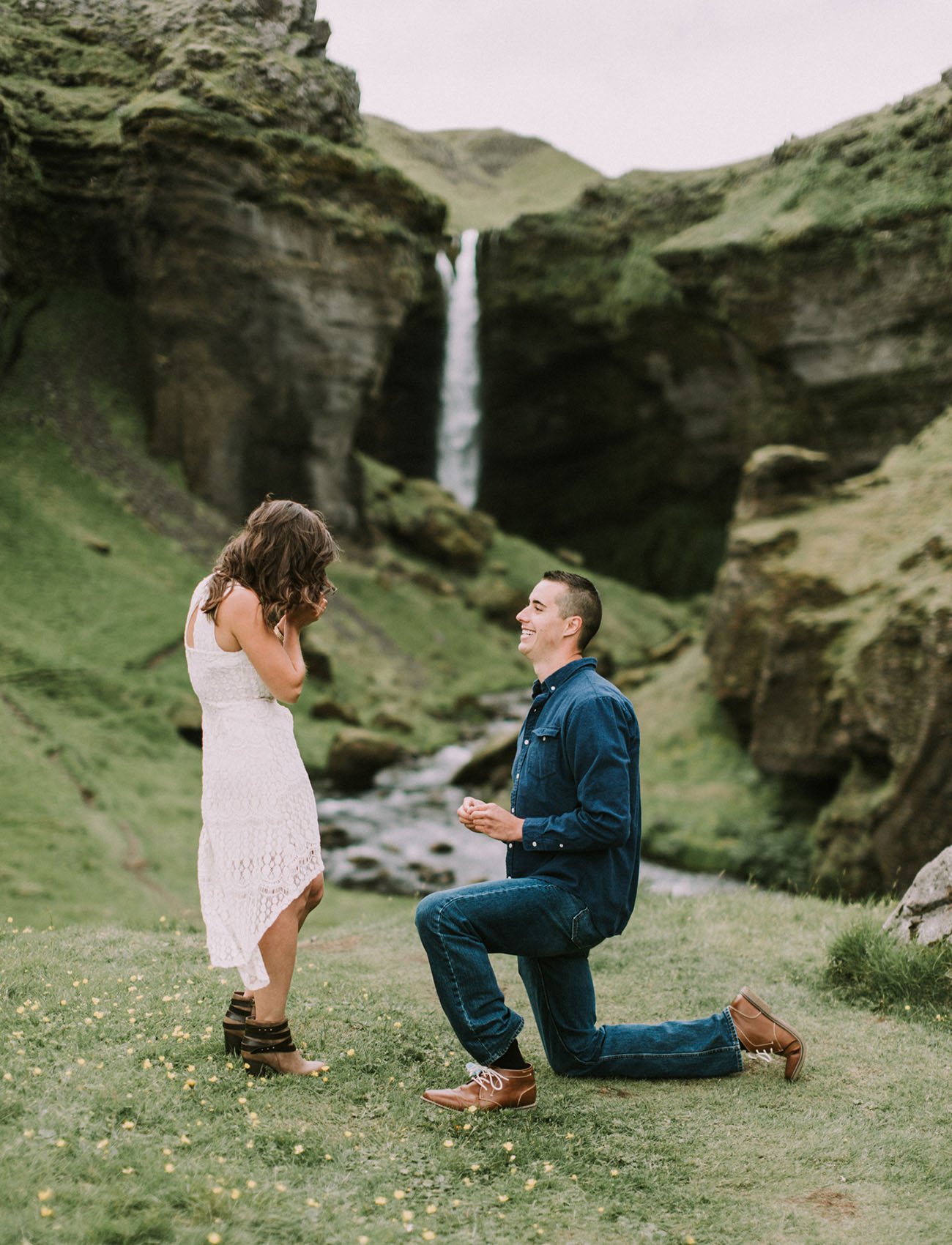 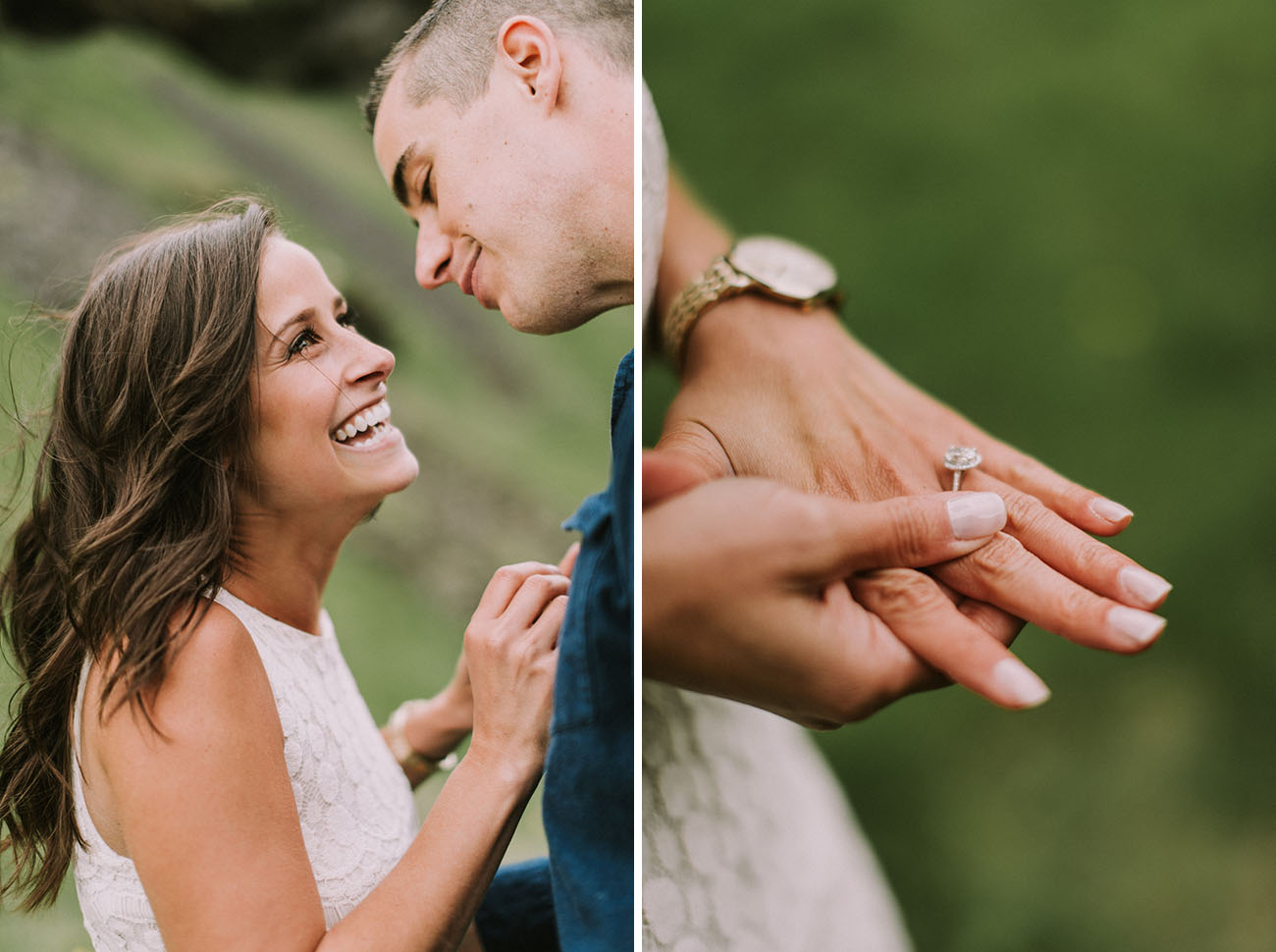 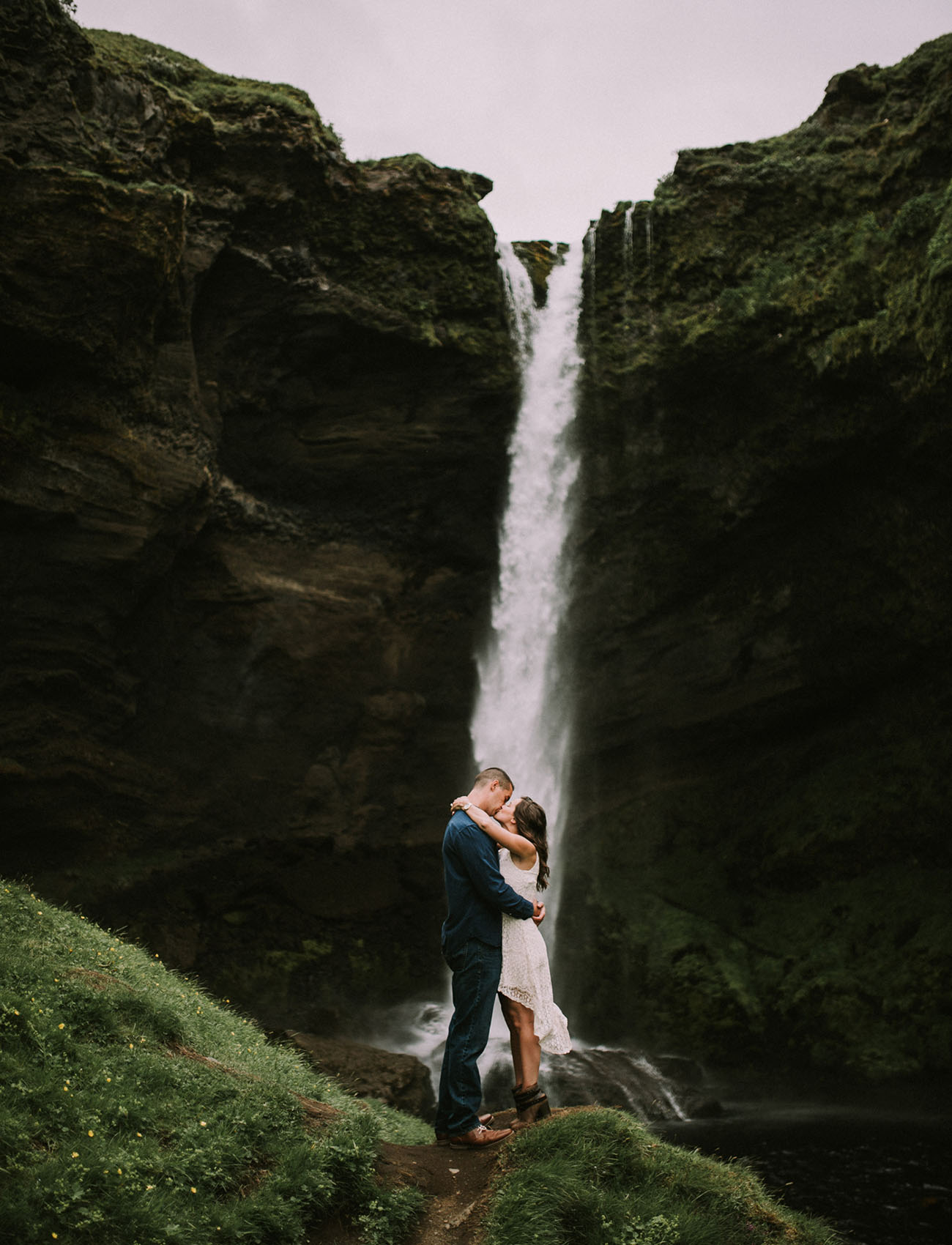 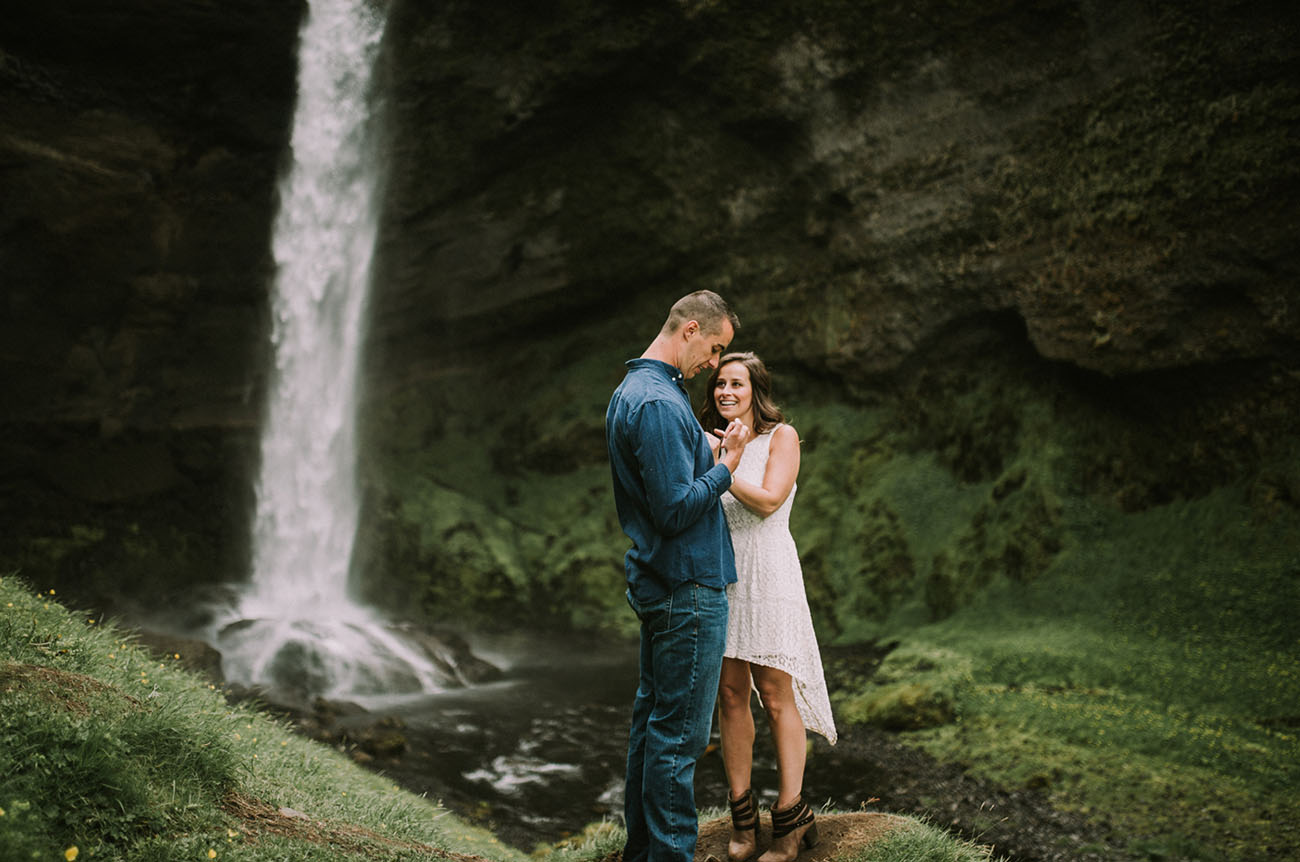 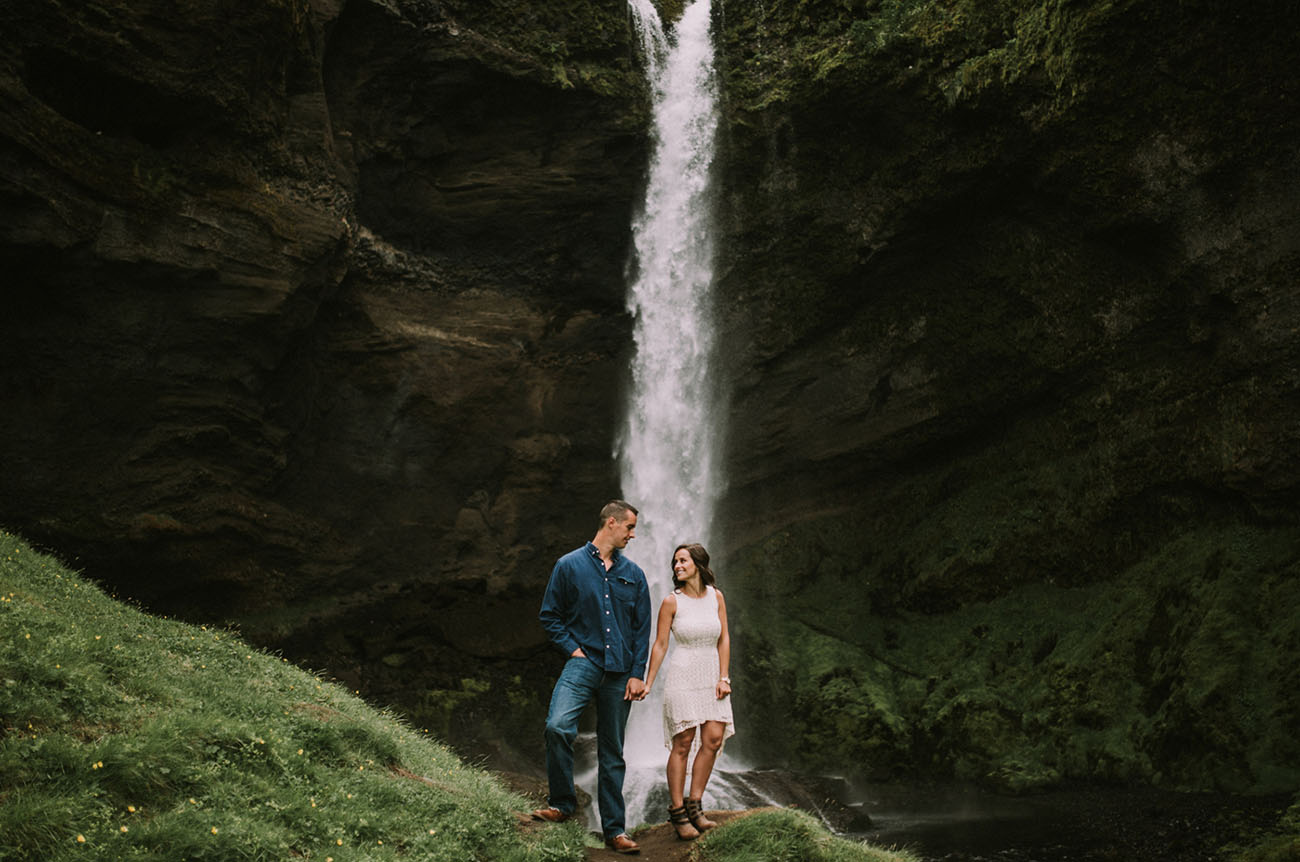 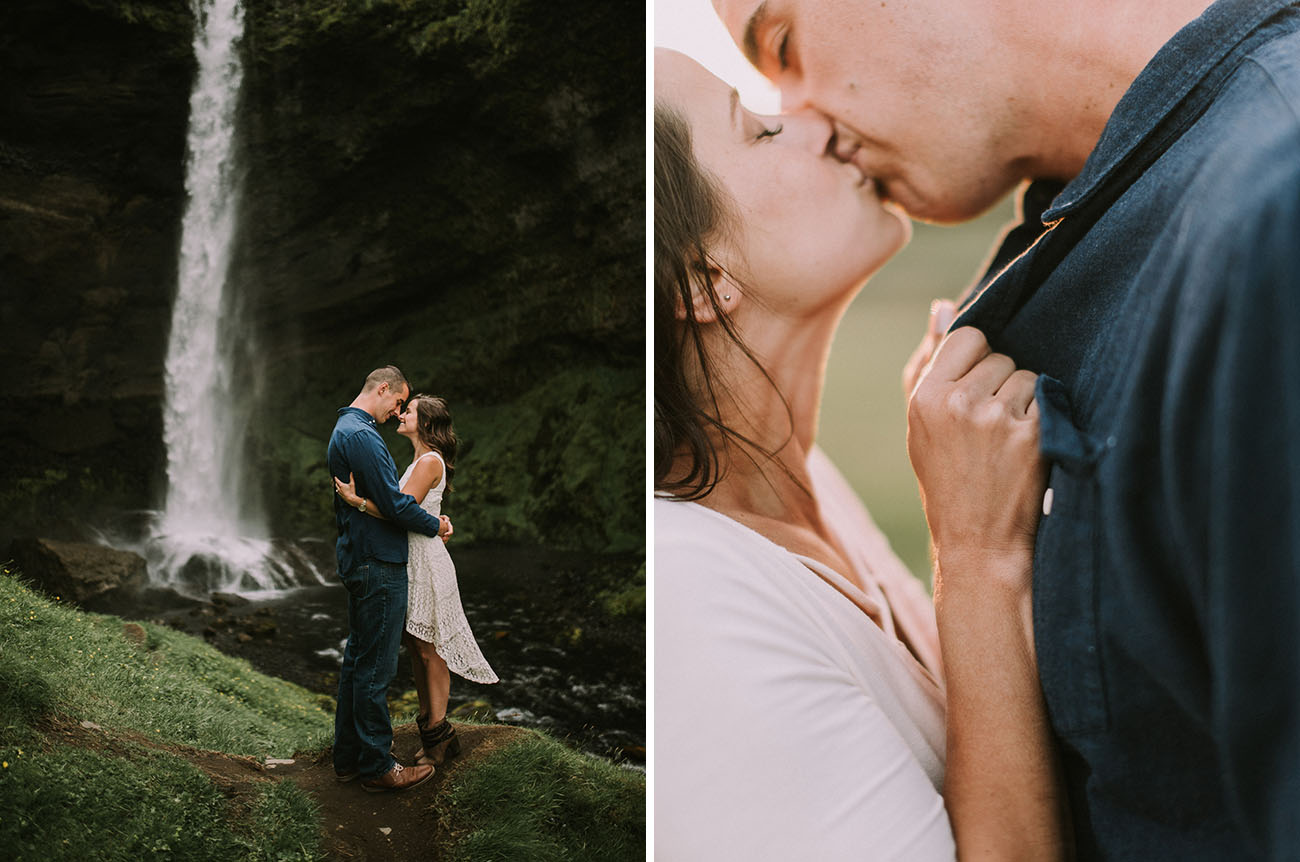 What a happy day!! Biggest congrats to Jenny + Shawn on their engagement. Our team wishes you both all the best!!!