Today we have a lovely wedding all the way from Hong Kong! Thanks to Brandon + Kristen Kidd for sharing this wedding with us today. Erin + Ben are originally from Hong Kong, but currently live in London which is where they met. I love the story of their proposal that Erin shared with me,

Ben proposed to me on our first date! It was right after my three-week trip away in Morocco and Hong Kong. When my plane landed back in London, I had a message on my phone from him saying that he wanted to see me. We had been friends for a few months by then and we had gotten to know each other pretty well. He asked me out to dinner and had a whole speech bullet-pointed on a yellow post-it note which he hid in his shirt pocket (afterwards when he washed it, the note stained and to this day the stain is still there!) He told about how he wanted to make his intentions for me as transparent as possible, and he wasn’t going to take me out a few times and then decide whether I was good enough for him. He told me that he knew all the things he wanted to know about me and making this decision, and if I accepted, he would choose to love me until the day we die. It seemed completely right to say yes to him. A lot of people thought we were crazy to make such a big commitment without dating first, but we knew it was right for us. 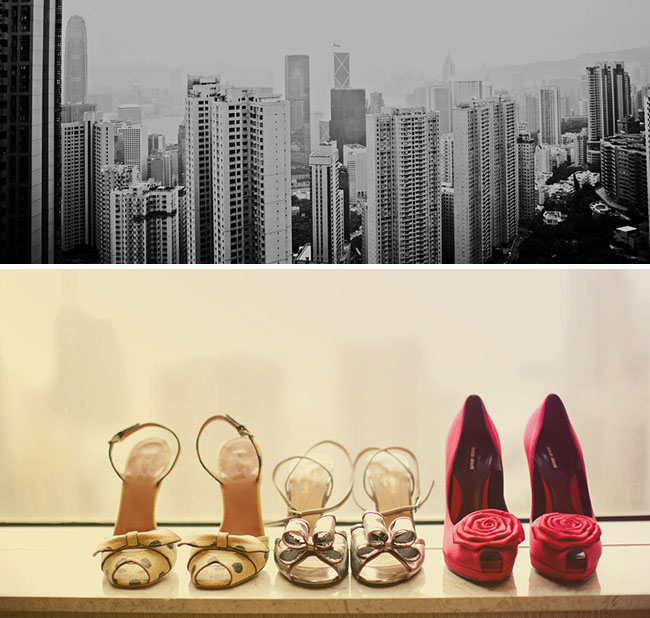 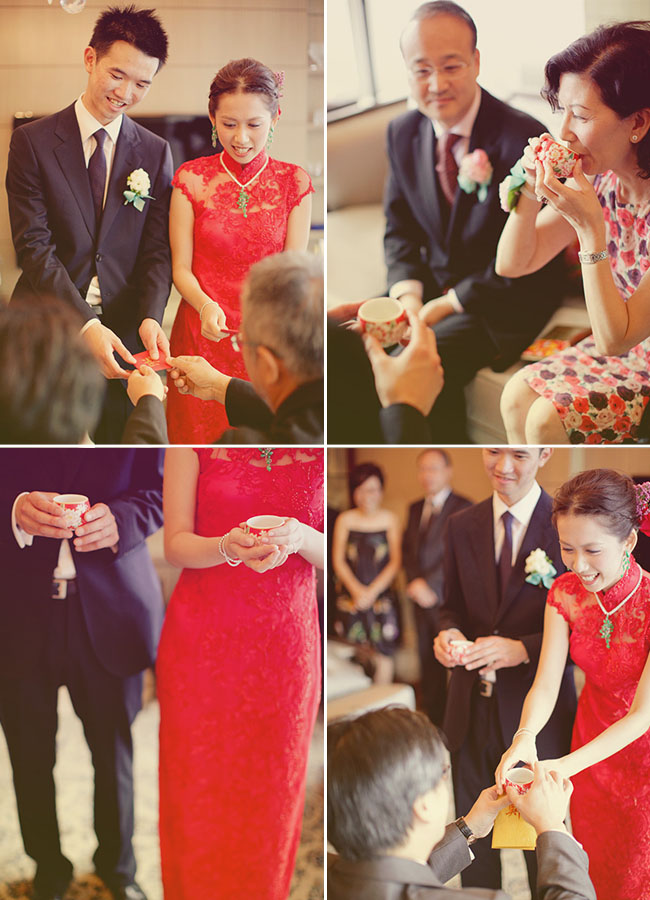 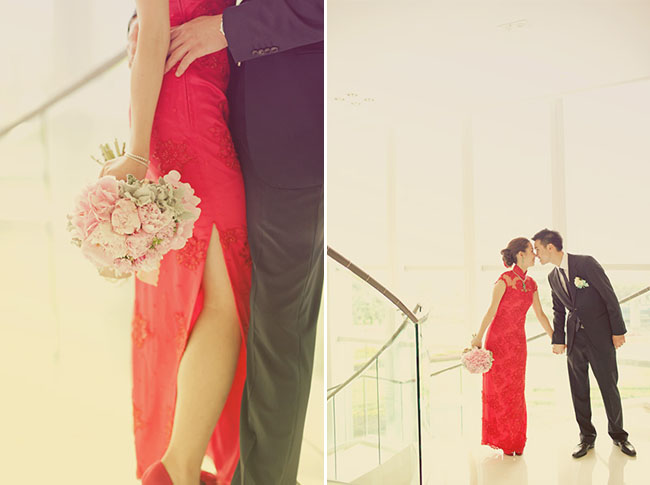 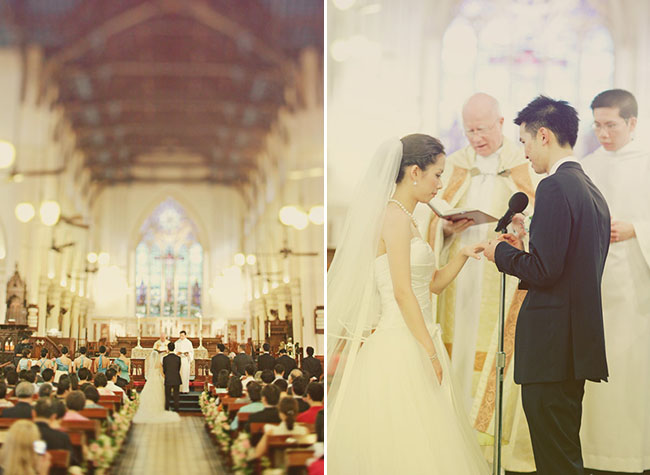 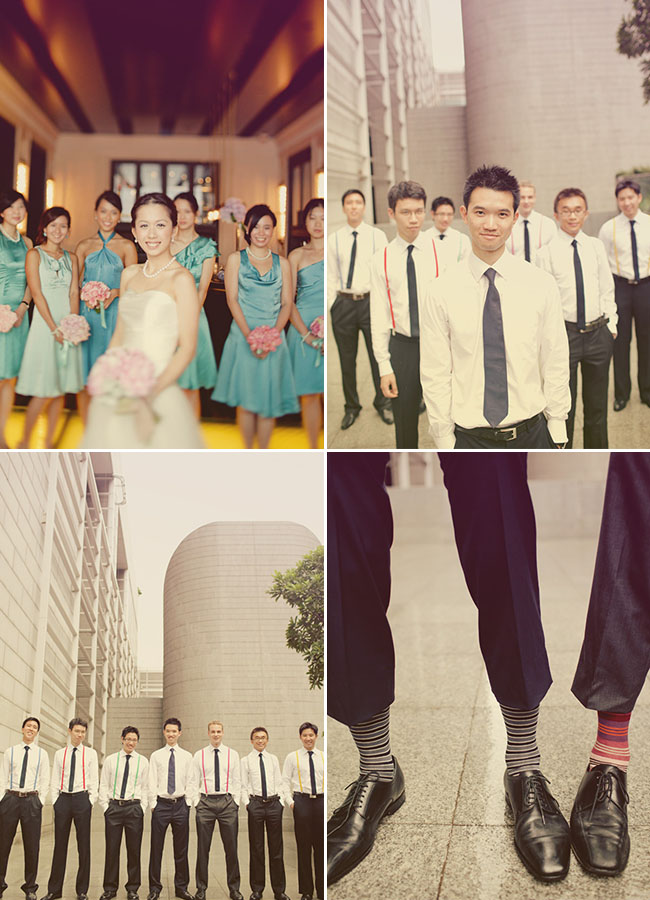 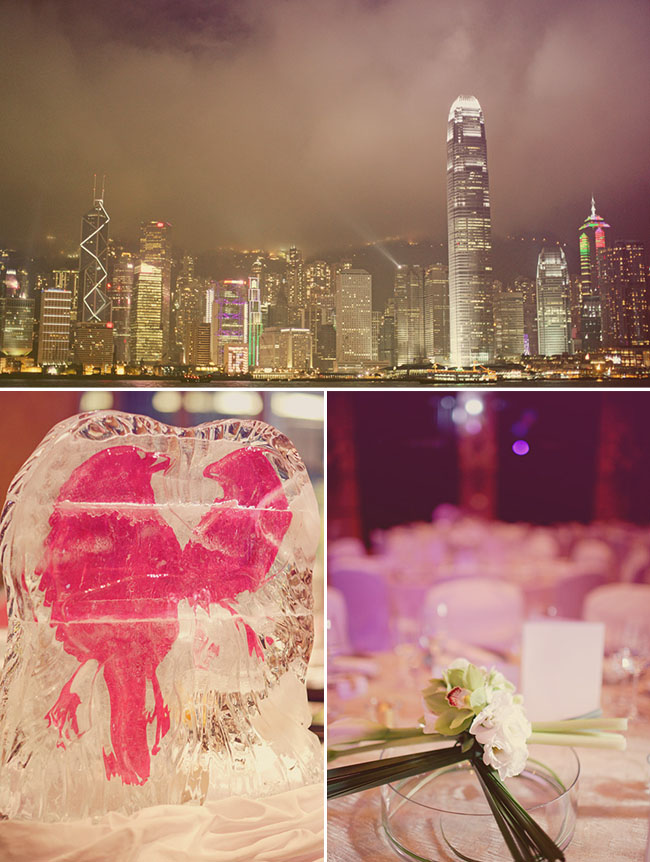 The theme of the wedding is based on two birds (designed by my friend Glory Lee) which flew between the skylines of London and Hong Kong, where we are originally from. They were printed on the invitation cards and all paper goods, and also within the backdrop of the ballroom. In the reception area, there were birdcages all around, and hung on a huge tree. The tree is meant to symbolise a shelter for those who need to rest in its shade. Whereas lovebirds commonly symbolise free-spirits, I wanted our birds to be rooted under the shade of the tree. I like the idea that two little birds can take shade in a massive tree and find a home in there and be taken care of while they make their nest. 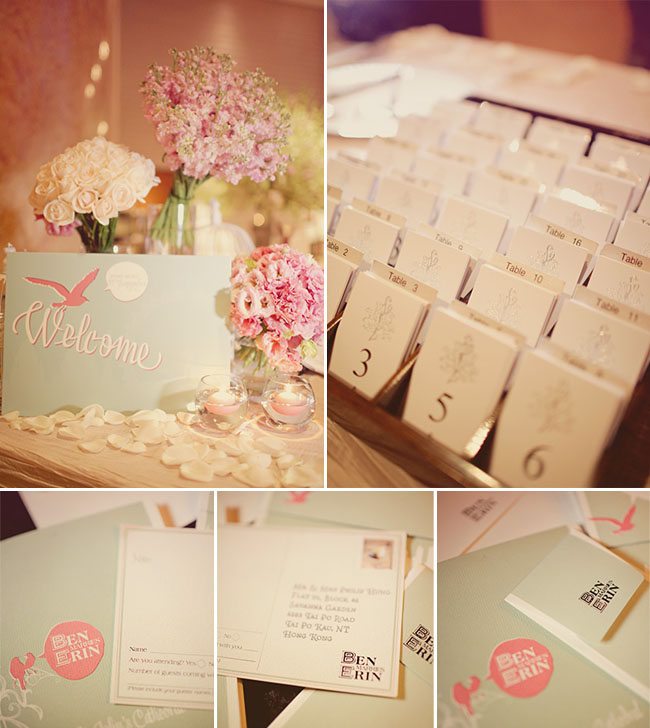 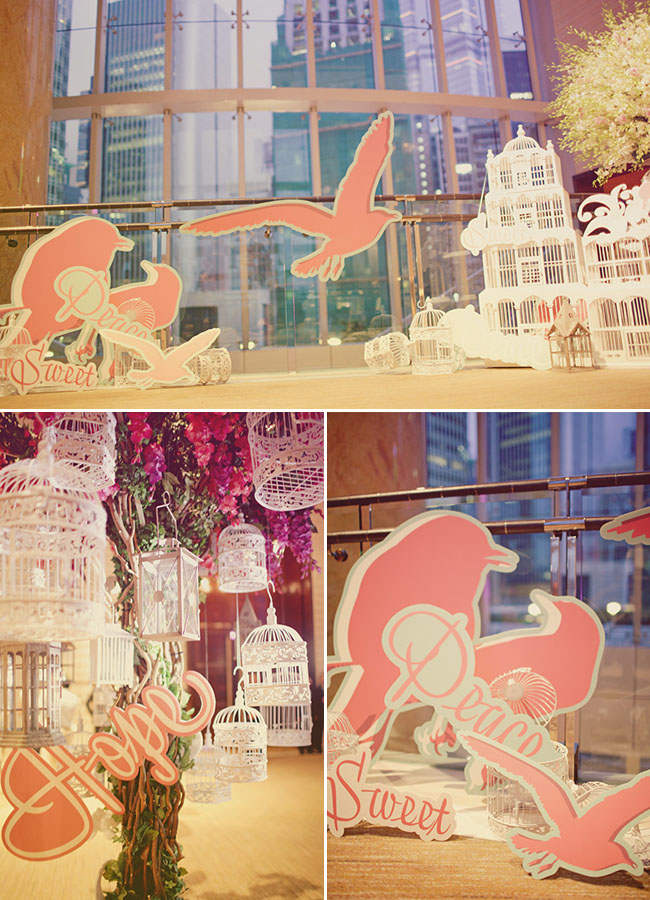 What was your favorite moment? So many to choose from! But my definitely most favourite one of all was at the last part of our first dance, which was a fun pseudo cha-cha, when Ben lifted me in the air and spun me around. Under the lights we really couldn’t see any of our guests – all 400 of them – and we were just laughing because we messed up our dance but we didn’t care because we were having so much fun!

Any advice to share with brides currently planning a wedding?
It is not conventional for the groom to do too much planning, but I think it is a really good idea to be equally involved! Ben and I had equal parts and responsibilities. He was in charge of the music selection and logistical details while I was in charge of communicating with vendors. Then there were things we did together like putting the guest list and table plans. There is no need to feel alone in all of this (even though sometimes you will do) because the most important thing is that you are doing this with your best friend and most trusted confidante. Inevitably, in the run-up it will be a tense and emotional time, and at the end of the party you will remember how much he came through for you at those difficult moments.

I just can’t say enough about Brandon and Kristin Kidd. We have amazing photos because they made me and Ben feel so at ease, we had total confidence in them that they would capture all the important moments. Brandon and Kristin flew out to Hong Kong to shoot our wedding, and despite being jet lagged in a totally new environment, in some very uncomfortable conditions (namely the humidity that day), and the language barrier, they delivered 200%. The fact that they are wonderful, kind and generous people was a complete bonus. Now we can call them friends!

Inspiration Board #28: A Glam + Rustic Wedding with Silver + Copper