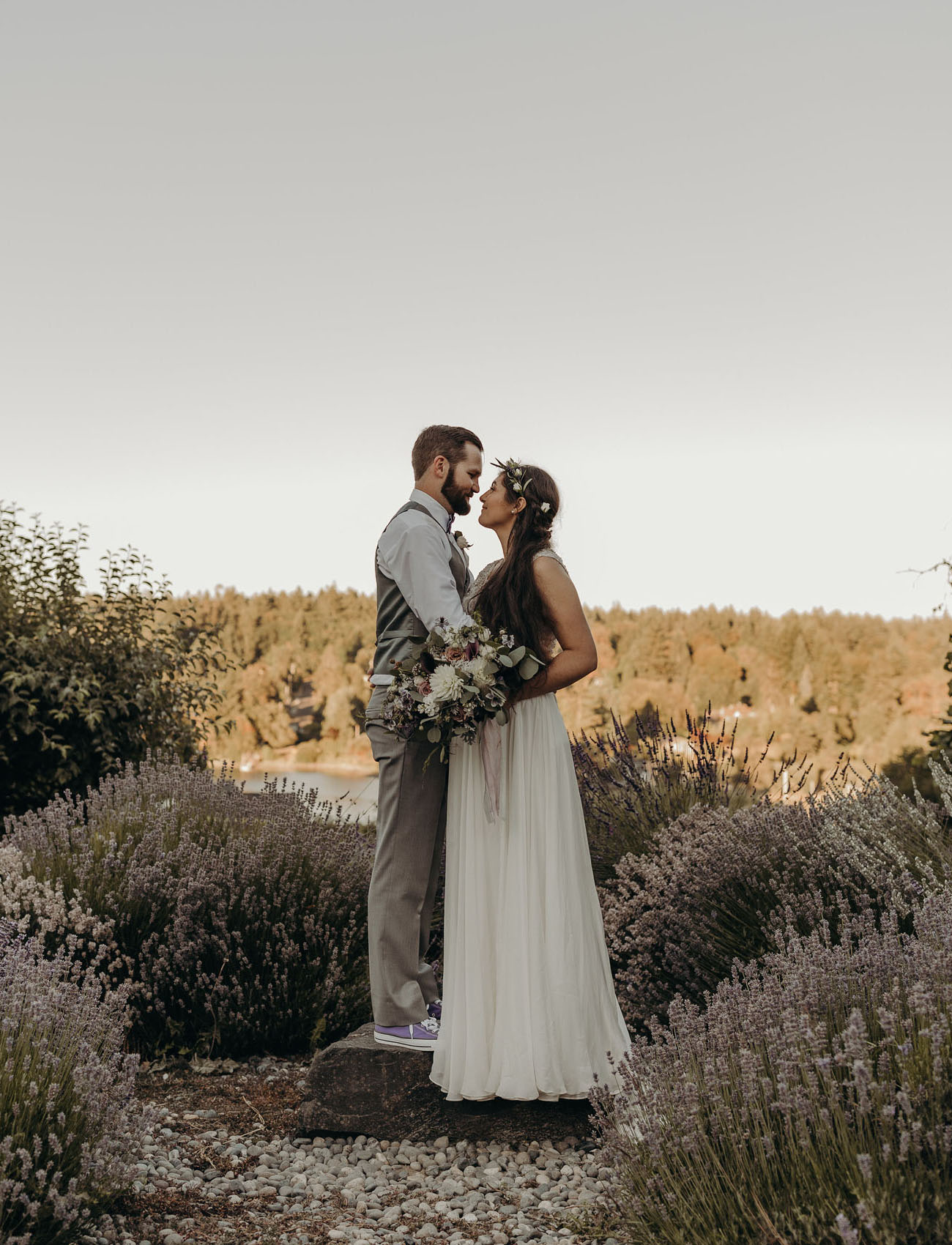 When Amber of Rock and Stone Weddings first met today’s bride, Rachel, one word jumped out that she really wanted to focus on: romance! While that might seem like a no-brainer for a wedding, Rachel comes from a military family and is in the military herself, so she’s accustomed to quick courthouse weddings. As she and Bryce are far away from family and friends and had limited time, they decided to elope in the PNW, but with as much romance as possible!

Amber shares: Rachel loves the lavender fields that the area is famous for and asked us to design a wild, romantic and intimate wedding. She wanted to include hints of purple (her favorite color) to complement the lavender, but not have it be overwhelming…and from there we were pretty much given free reign!

Let’s wander through the lavender in the photos captured by Carley Jayne! 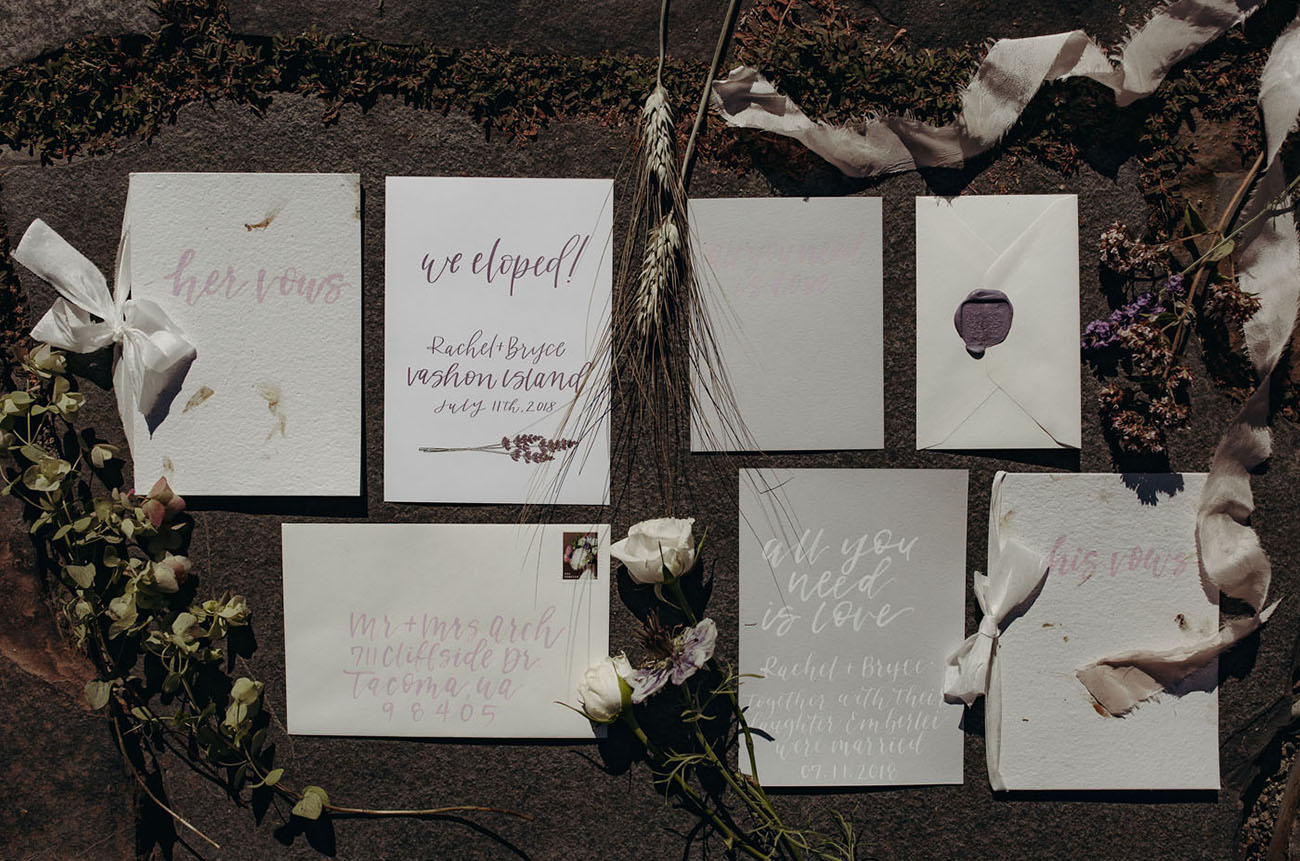 When the day revolves around lavender, is there really any question about tying it into the paper goods? Bespoke Tacoma did it so elegantly! 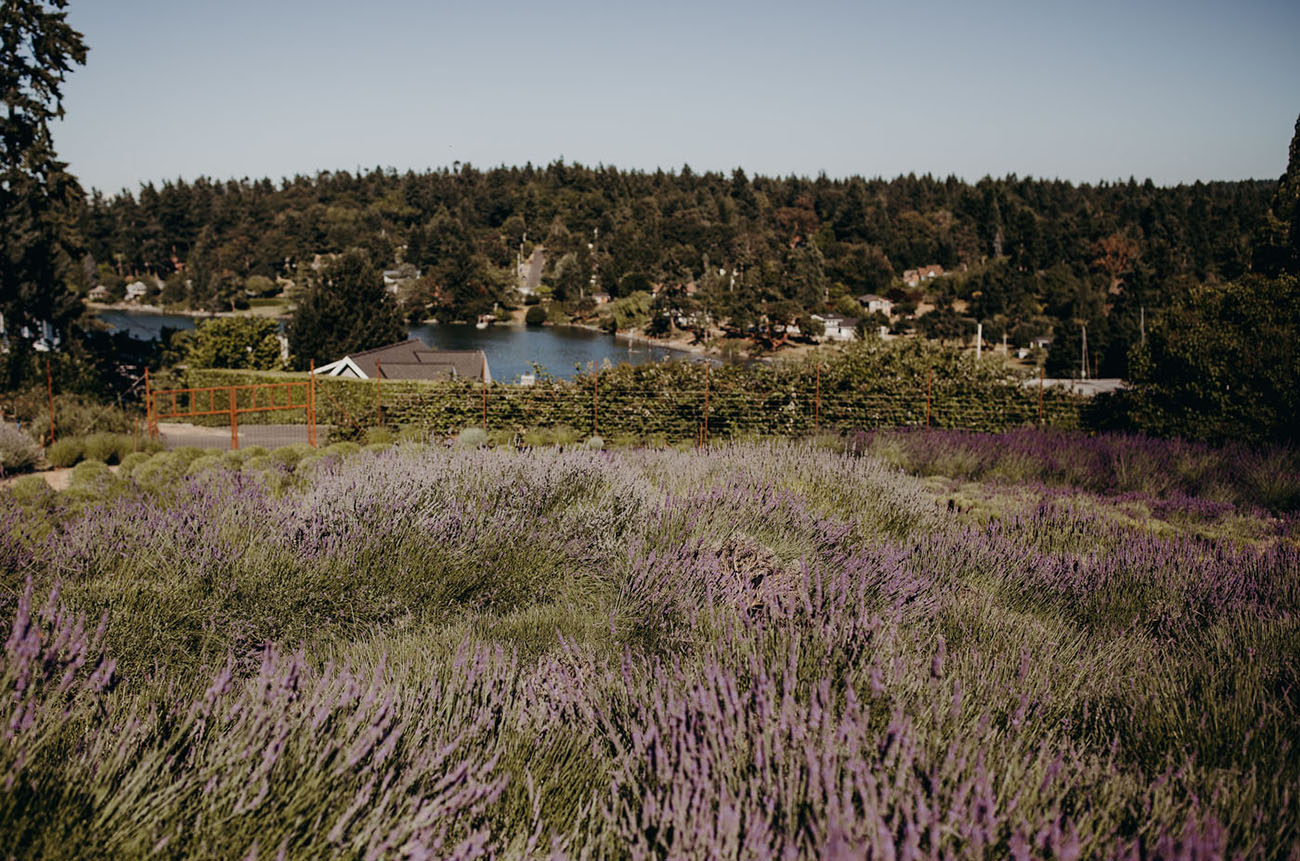 Would you take a look at those dreamy lavender fields at Lavender Hill Farm on Vashon Island! 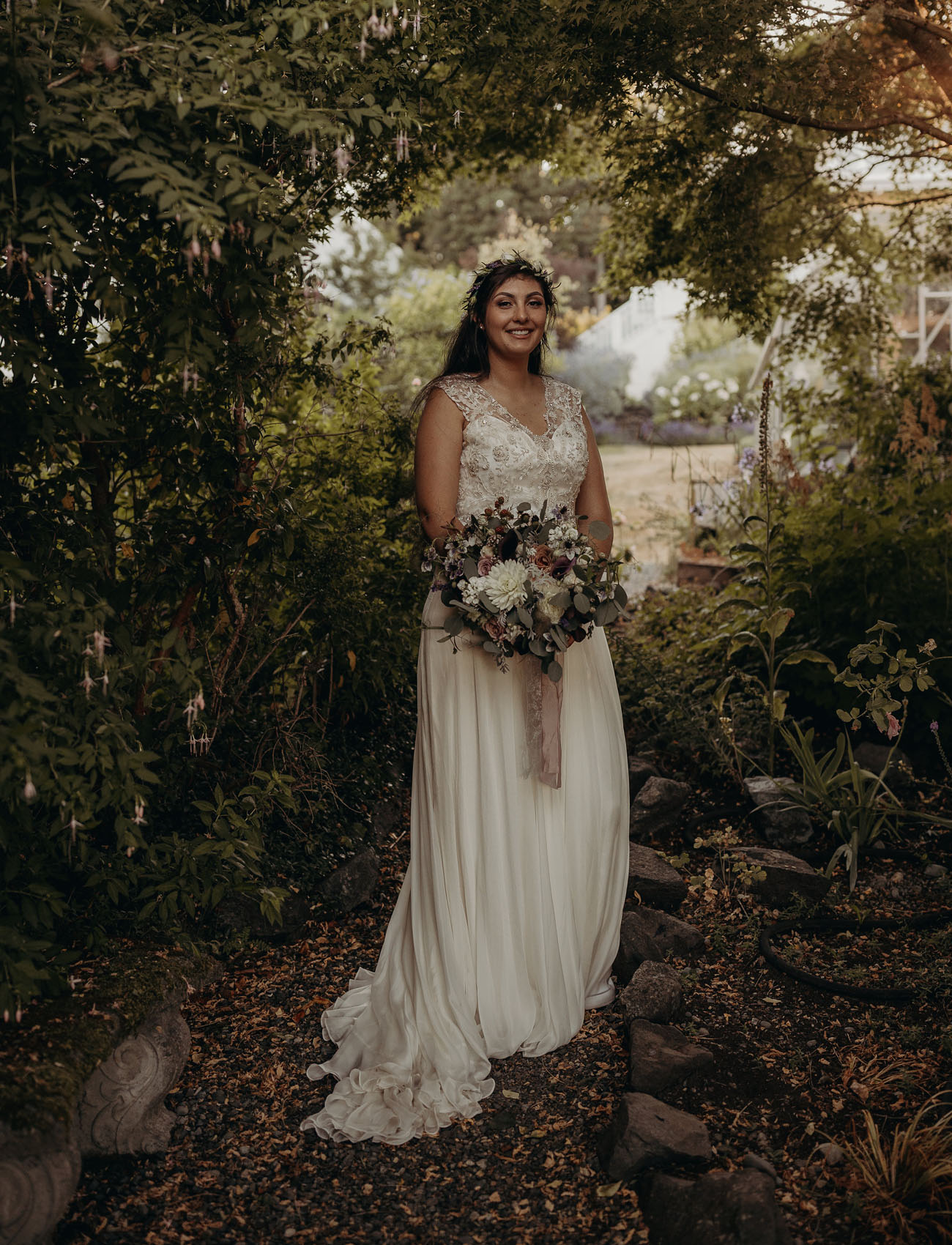 From that BHLDN gown to those ethereal + woodsy florals… SO PRETTY! 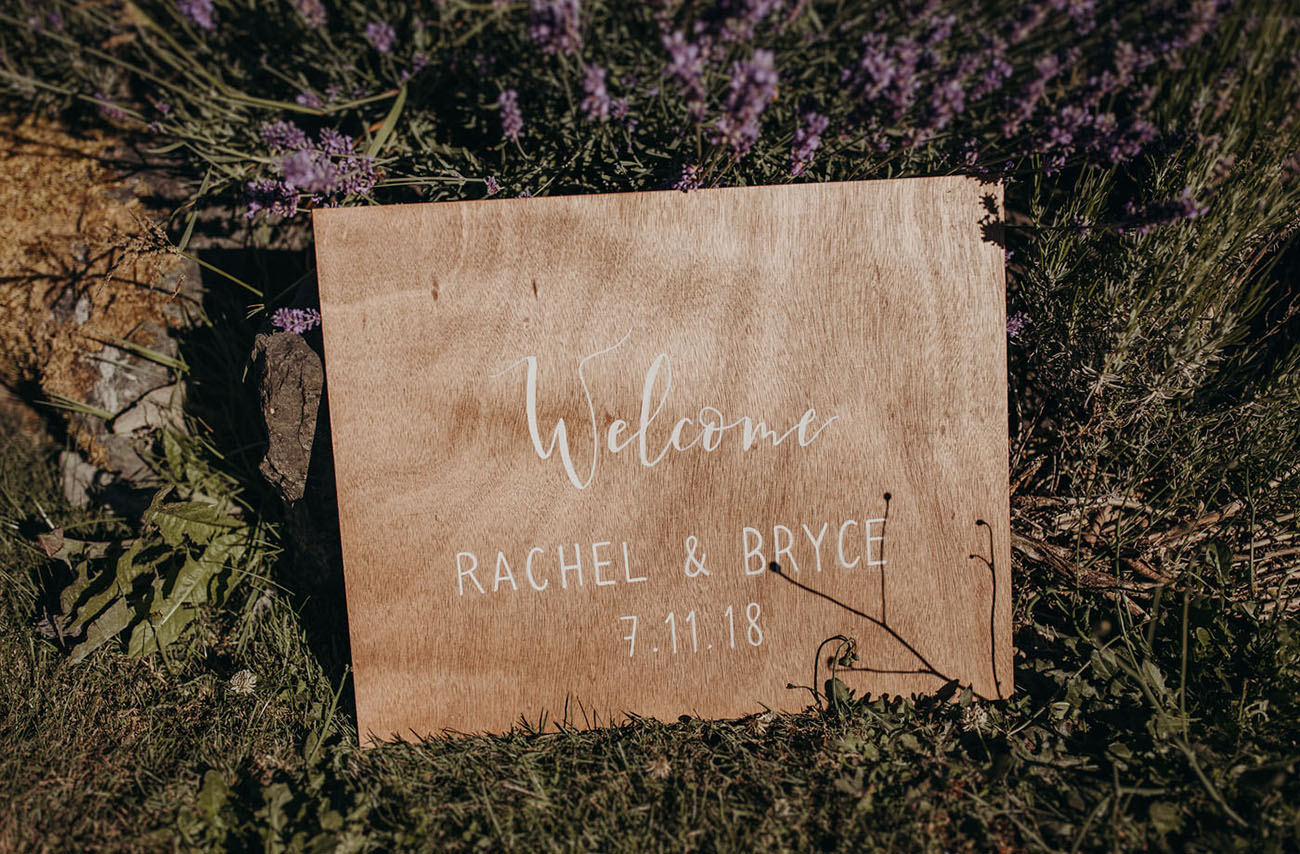 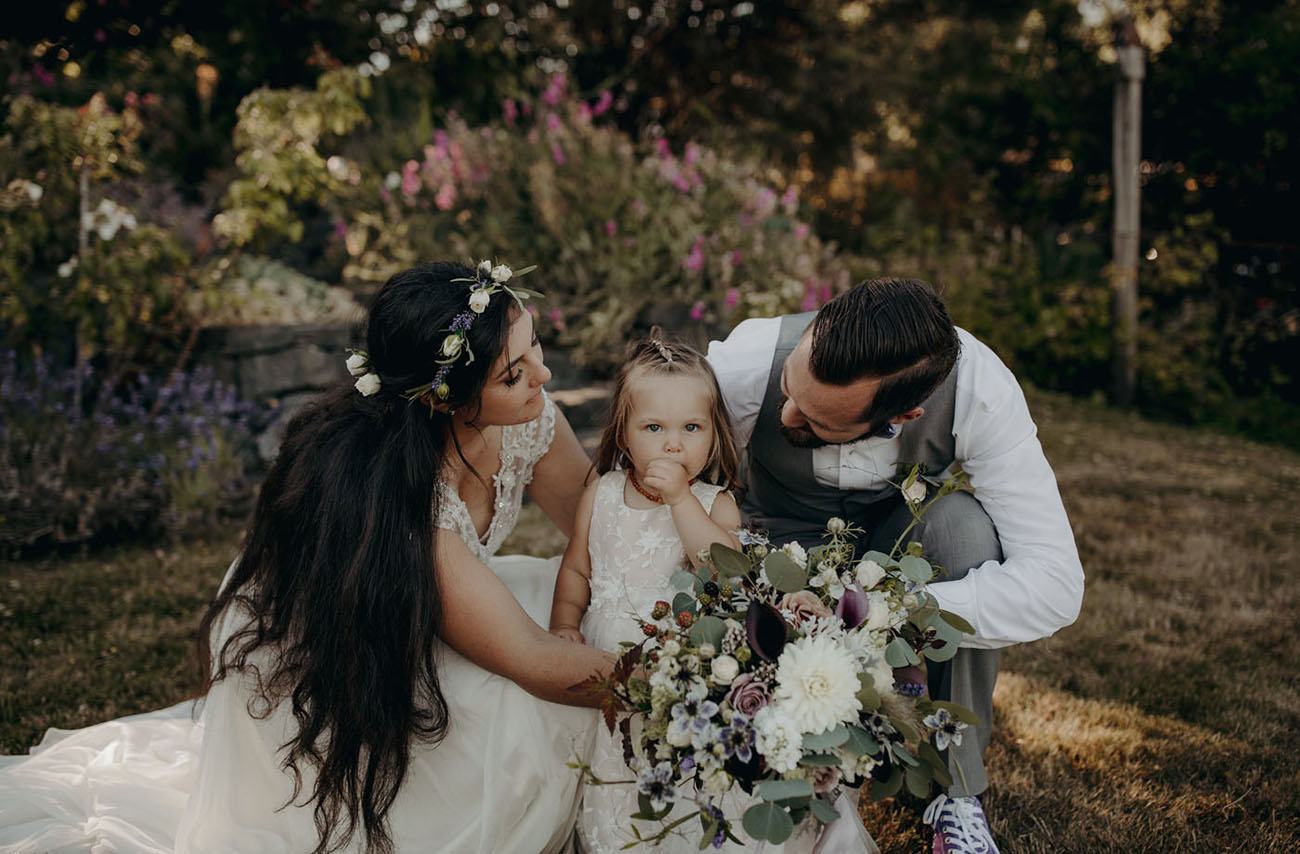 For the details, the team found inspiration from lavender fields in France, and channeled those to create a rustic French feeling, mixed with a little Pacific Northwest bohemian flair. 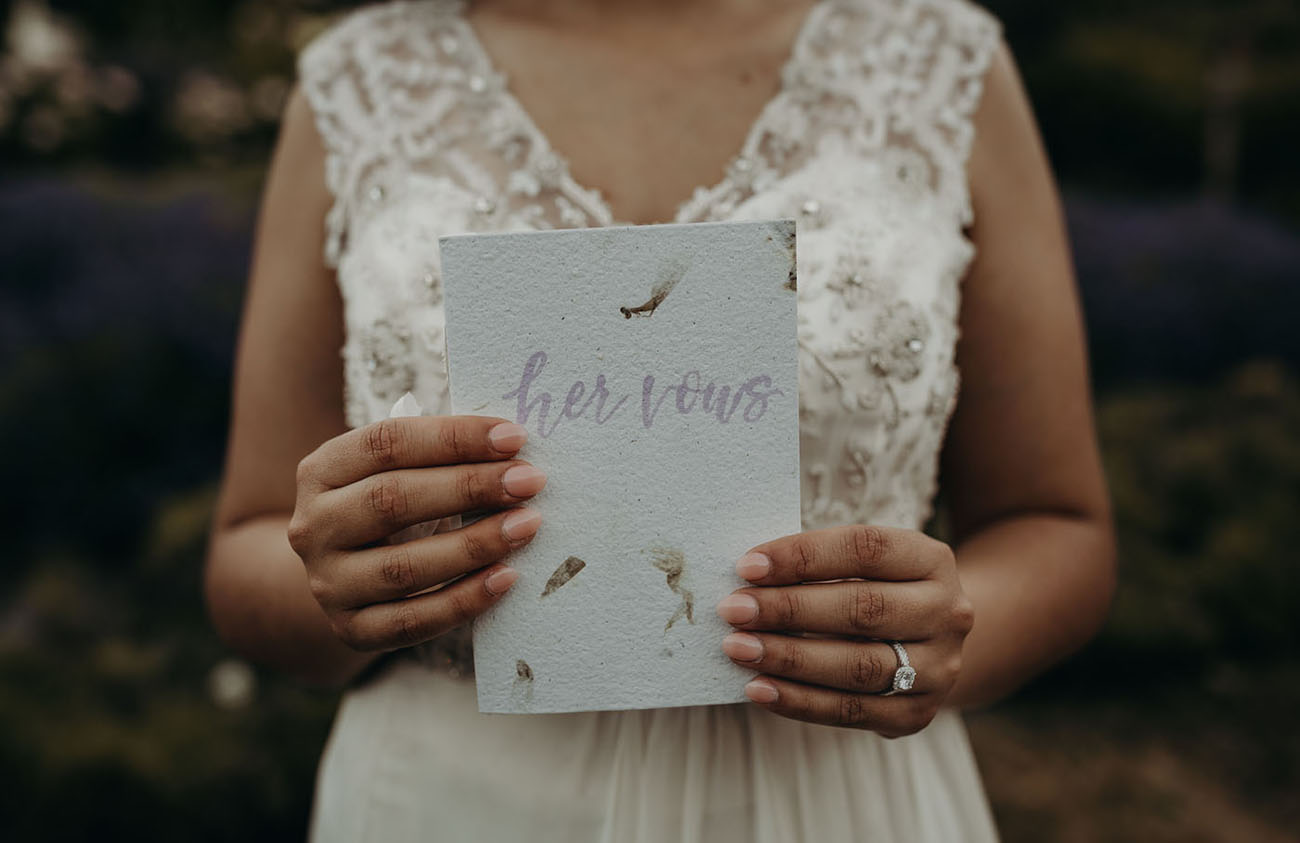 Amber shares: The ceremony itself was relaxed and informal, with the couple exchanging heartfelt vows while their little one, Emberlei, danced around on the floor between them! Their families were able to feel involved through watching the event broadcast live on Facebook by the couple’s friends. 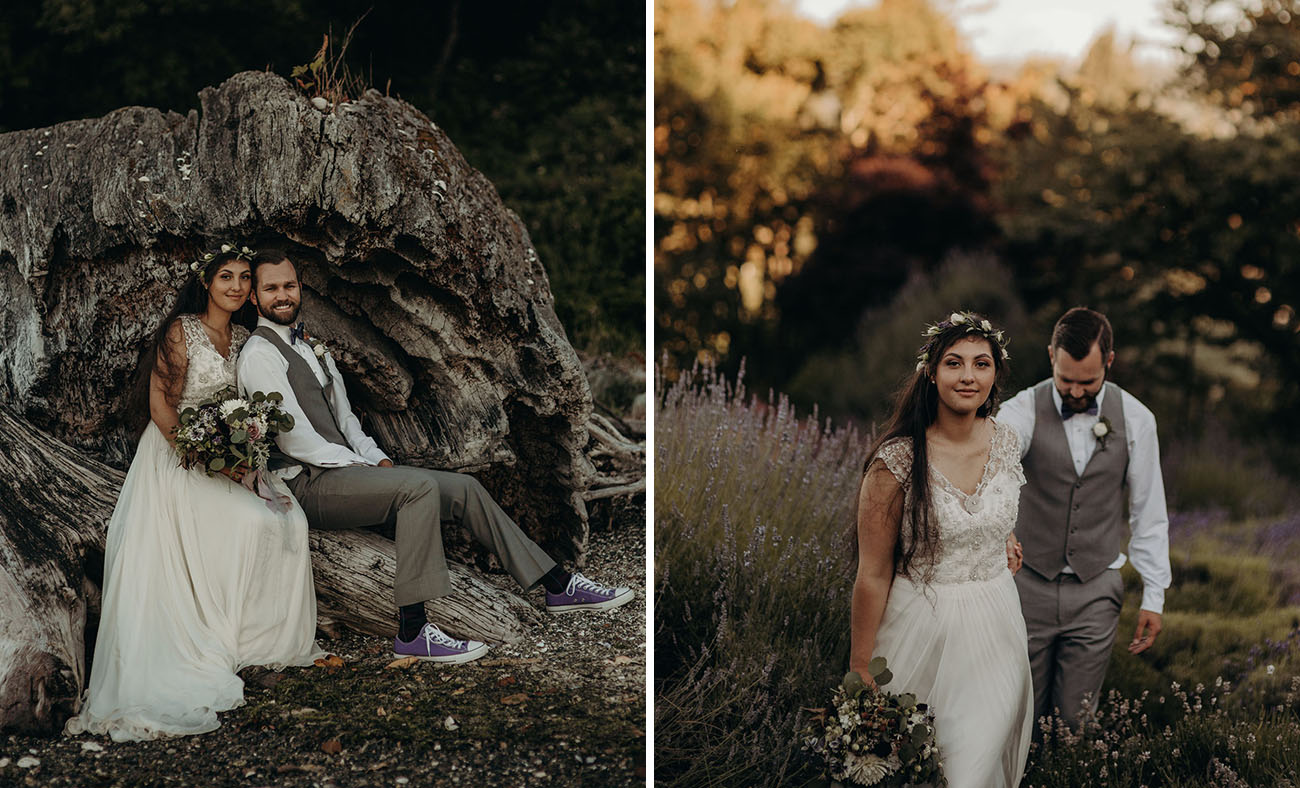 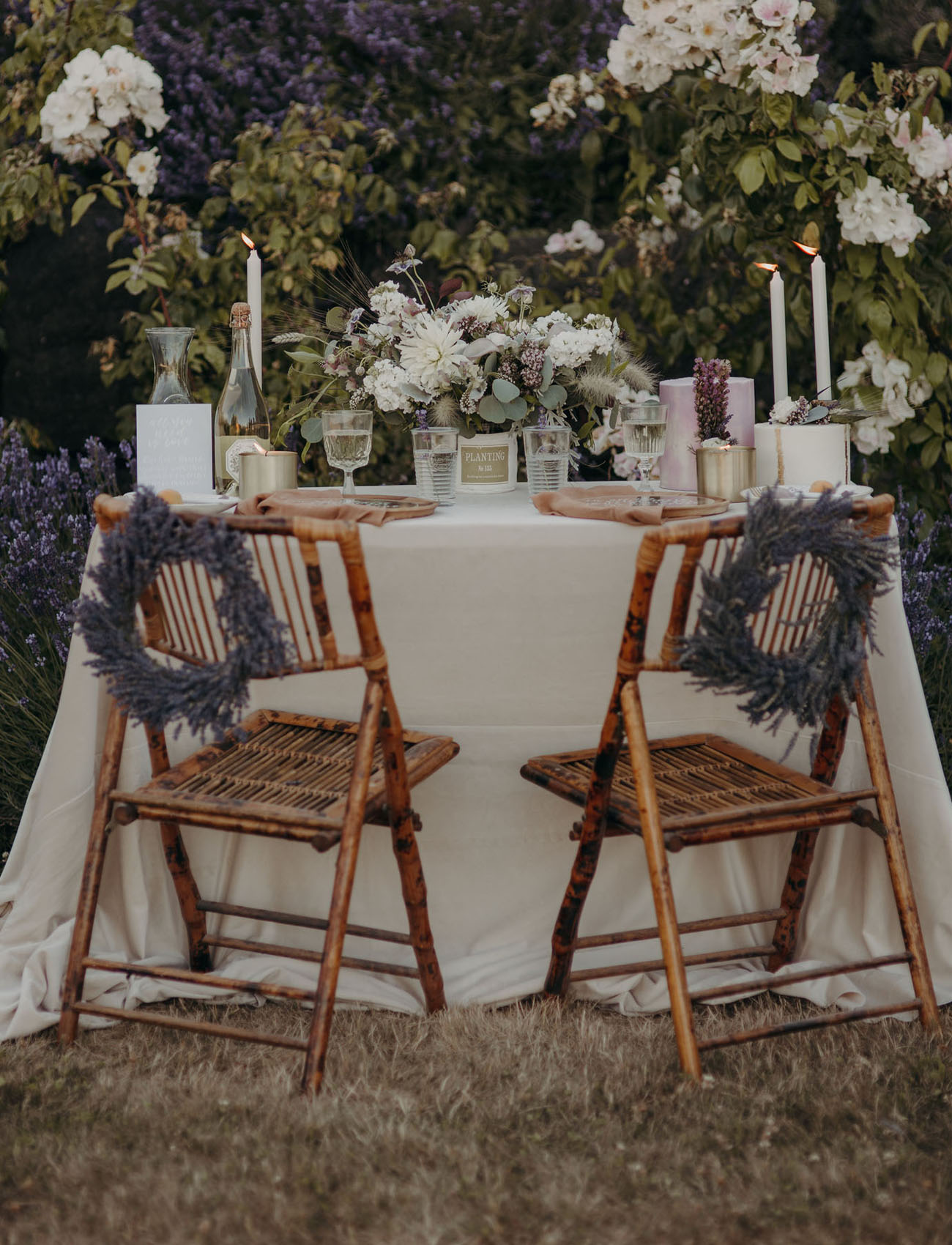 Colibri Blooms used dahlias, garden roses and calla lilies as focal points and filled in with nigella, lavender, stock, oregano and a little blackberry—all intertwined in a base of mixed foliage that included dusty miller, eucalyptus, and smoke bush. Half of the flowers were harvested from a friend’s farm in Enumclaw (Laughing Goat Flower Farm), and the rest sourced from Seattle Wholesale Growers Market which pools together all of the local flower farmers in the area! 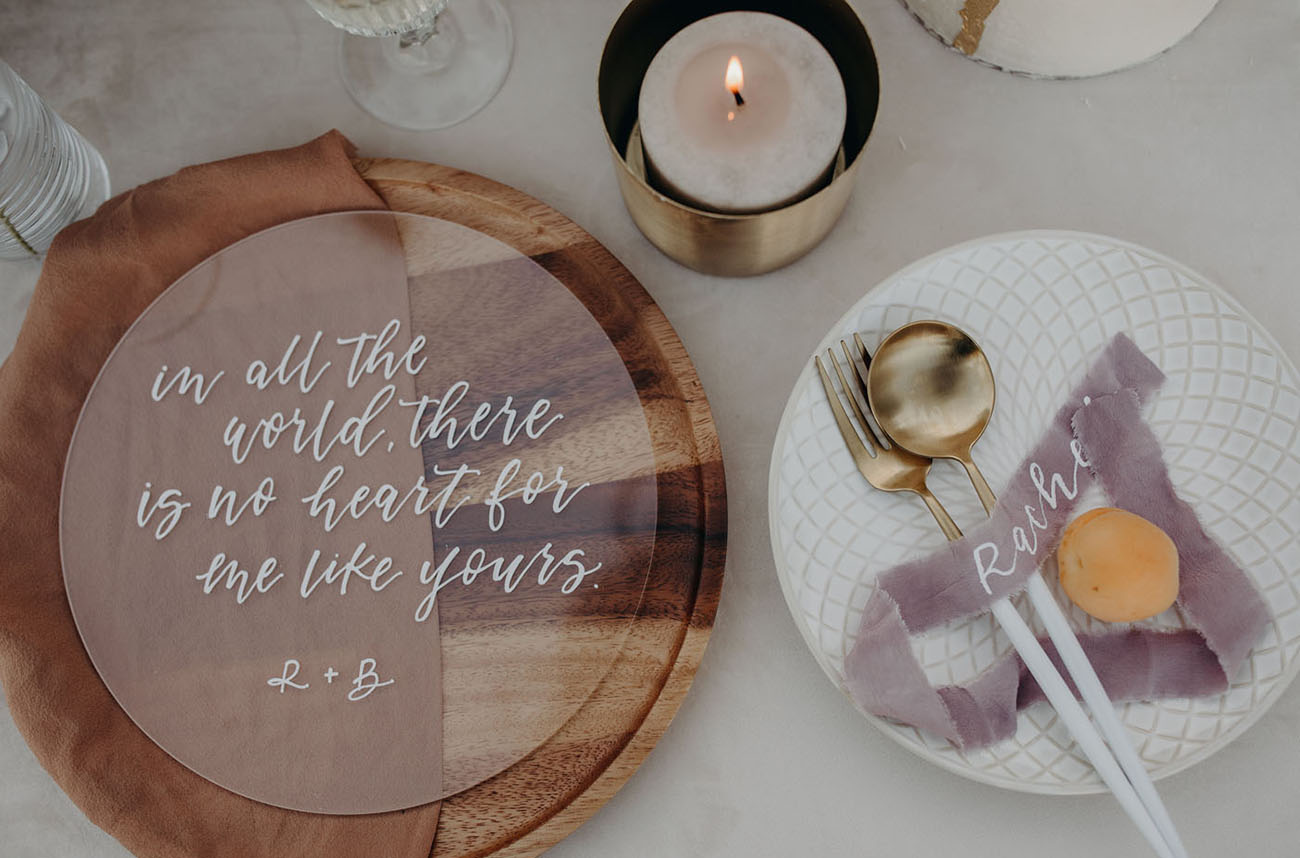 The tablescape incorporated lots of textures and organic materials and contrasted them with more modern and contemporary details. Wooden chargers were combined with chunky Provençal-style glassware, raw hand-died silks and velvet linens, and modern flatware and acrylics to add a little edge to the soft neutrals. 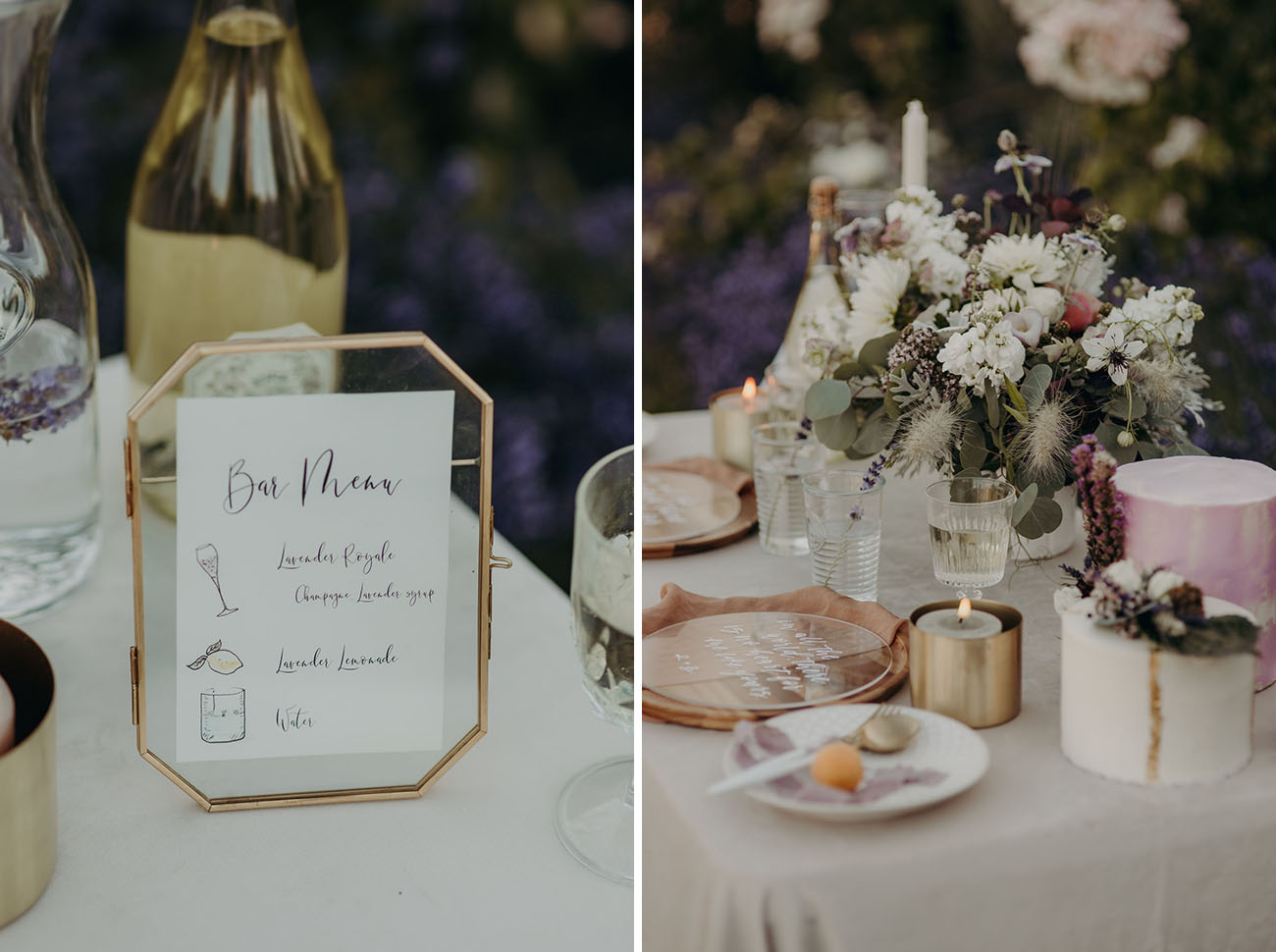 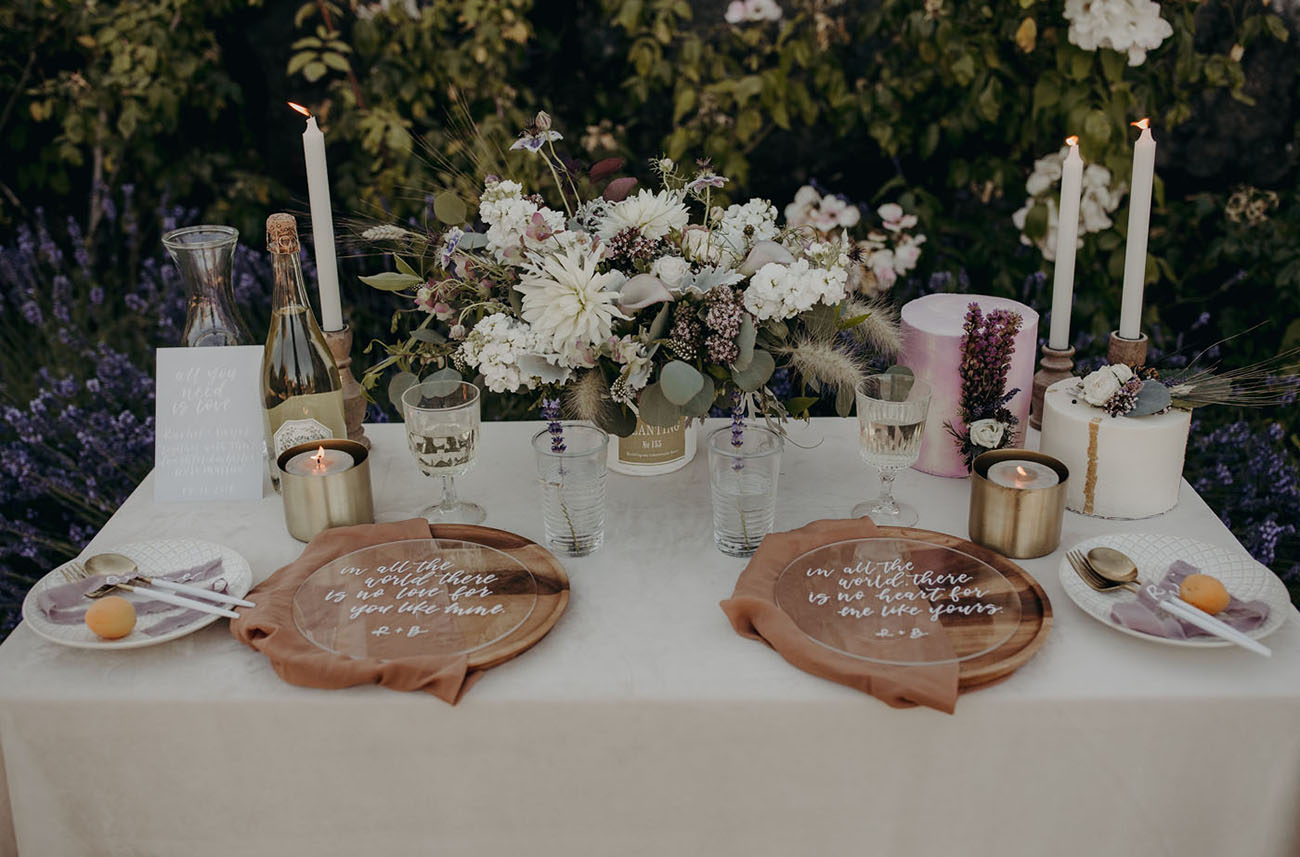 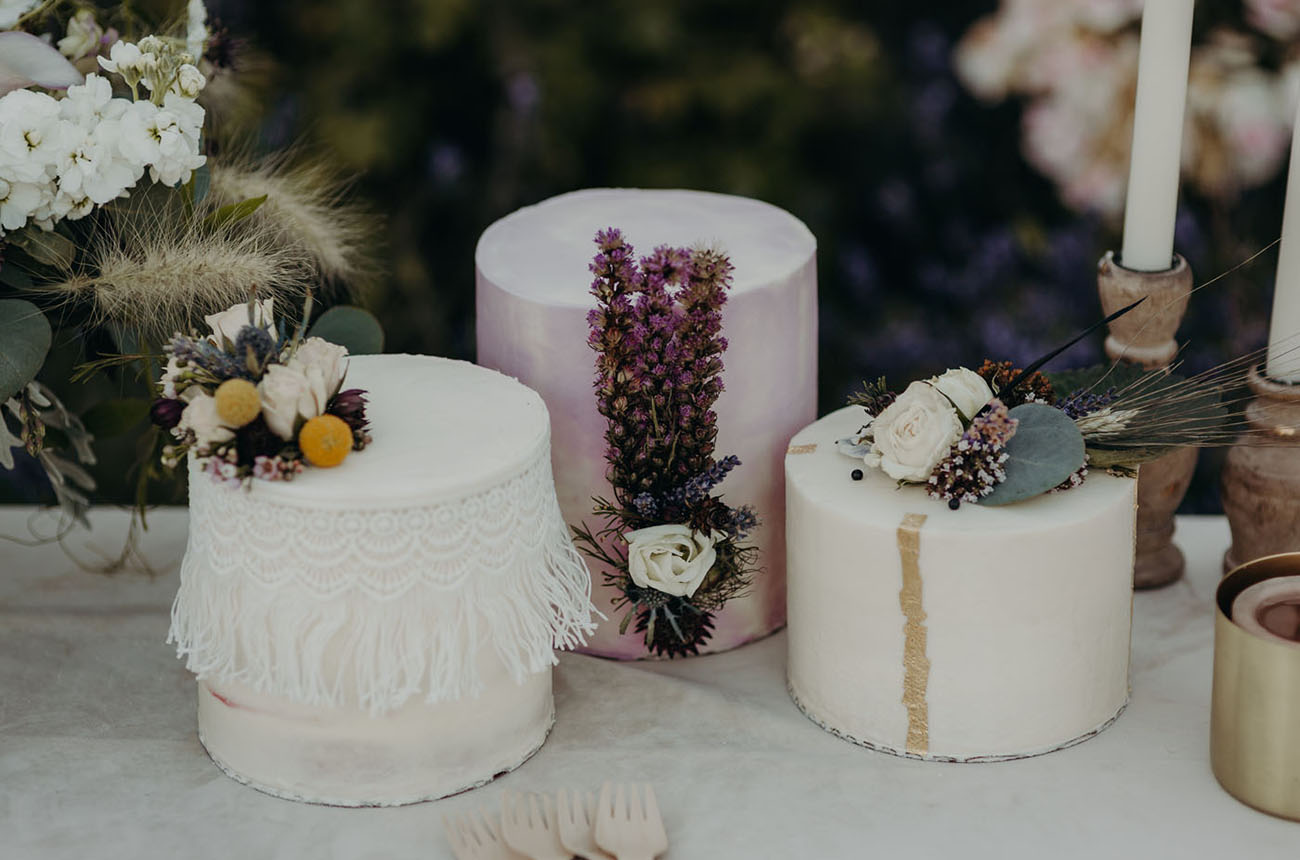 The three cakes from Sift & Gather continued the rustic theme and ensured that not only could the couple enjoy some post-ceremony with their small group of guests, but they were also able to take some home for a BBQ with friends later that week! 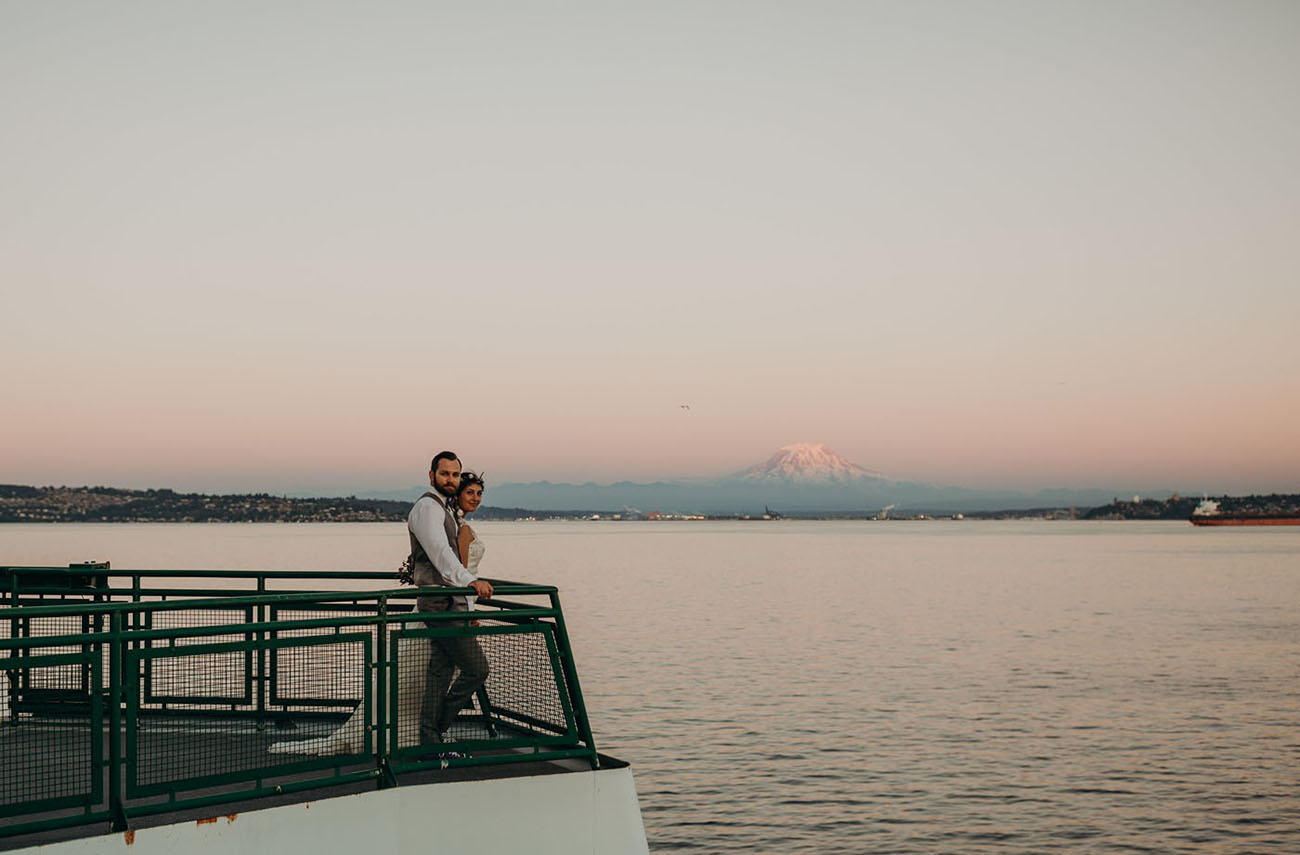 Since it was July 11th (7/11 Day), the newlyweds decided to stop for slurpees at 7Eleven before heading home with full and happy hearts!

Cheers to the two of you!