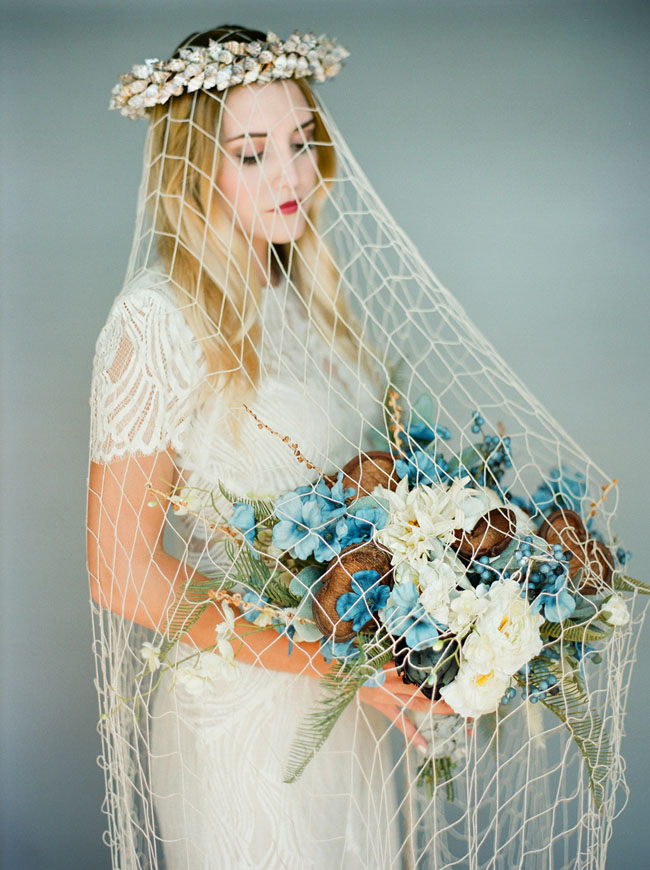 In the Heart of the Sea is an upcoming major motion picture – directed by Ron Howard – set to be released this December, based on the real life events of the classic novel, Moby Dick. Deeply inspired by the film’s concept, and hoping to make use of his vivid imagination and a great story, artist + photographer, Clayton Austin, conceptualized + executed this beautiful editorial you’re about to see.

Clayton goes on to tell us more, Living in a small town in central Texas I don’t have access to the gorgeous beaches that other photographers might have access to. The nearest beach is about 5 hours from me and even then the Gulf of Mexico is far from paradise! But in my travels I have had the pleasure of shooting in some of the most beautiful places on earth, from New Zealand to the Maldives. Those locations served as my inspiration for this shoot which I styled and shot completely in my very own little neighborhood. With no beaches to shoot on I set out on a mission to style an ocean themed shoot from scratch telling the the story only in details, colors, and textures. 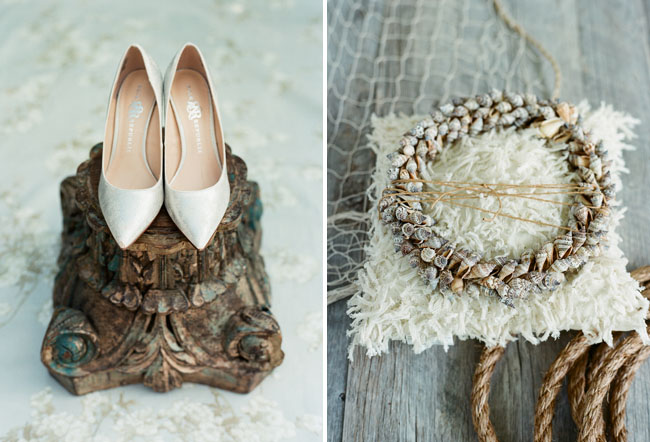 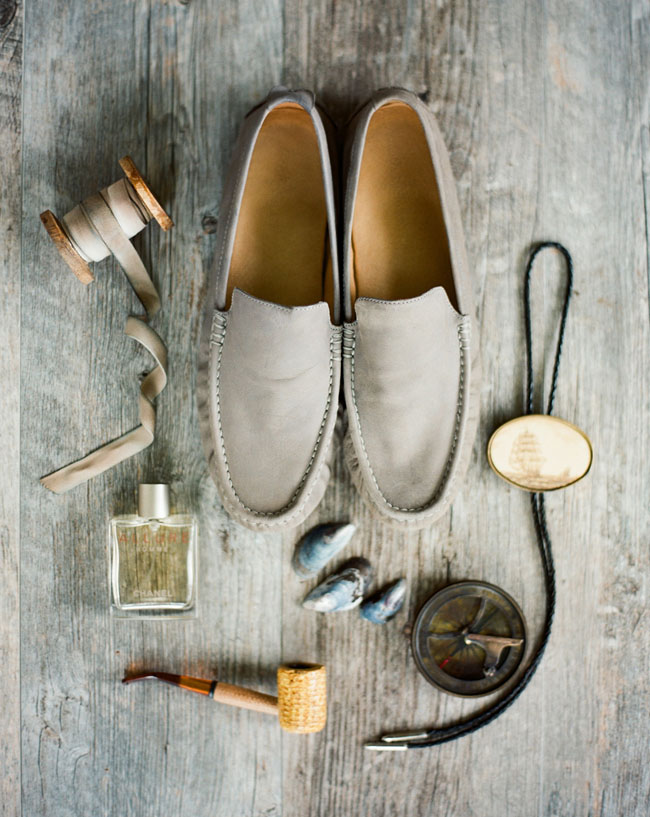 Clayton not only captured all the beauty on film, but he styled, designed + arranged the florals, too. He is hoping to inspire a new generation of photographers who are not only great photographers, but solid stylists as well. He says, For so long the two have been separate in our industry but I believe that is changing with the emergence of photographers who are bringing a lot more to the table than a camera and some film. 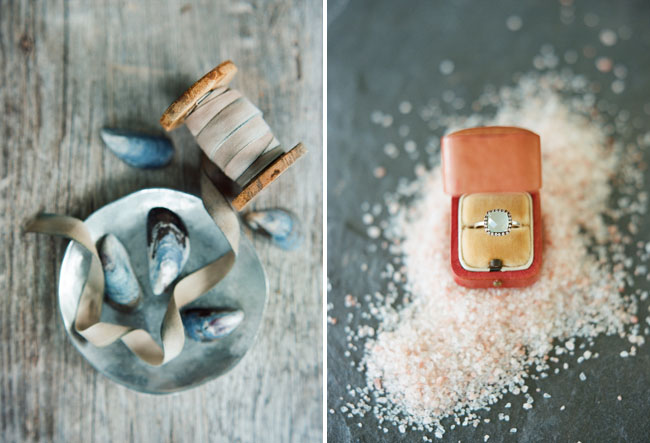 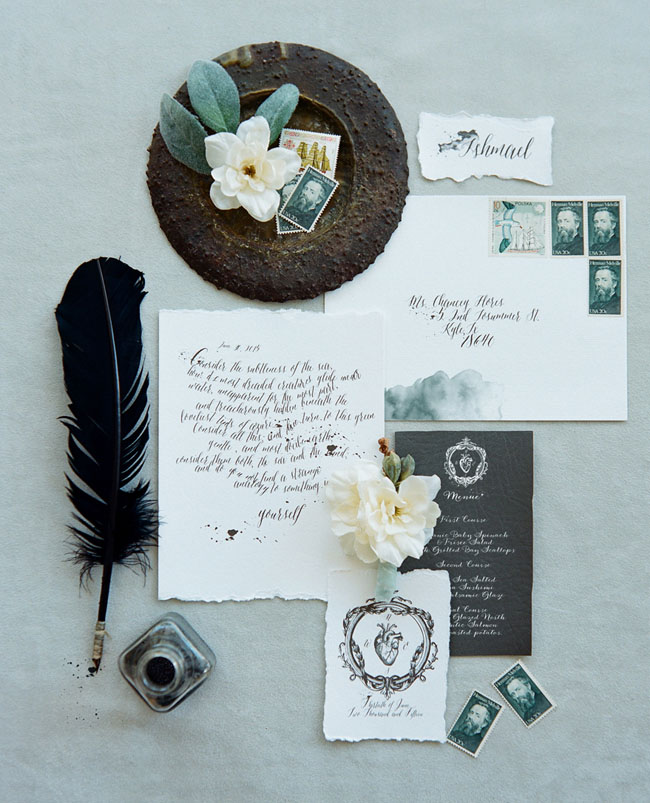 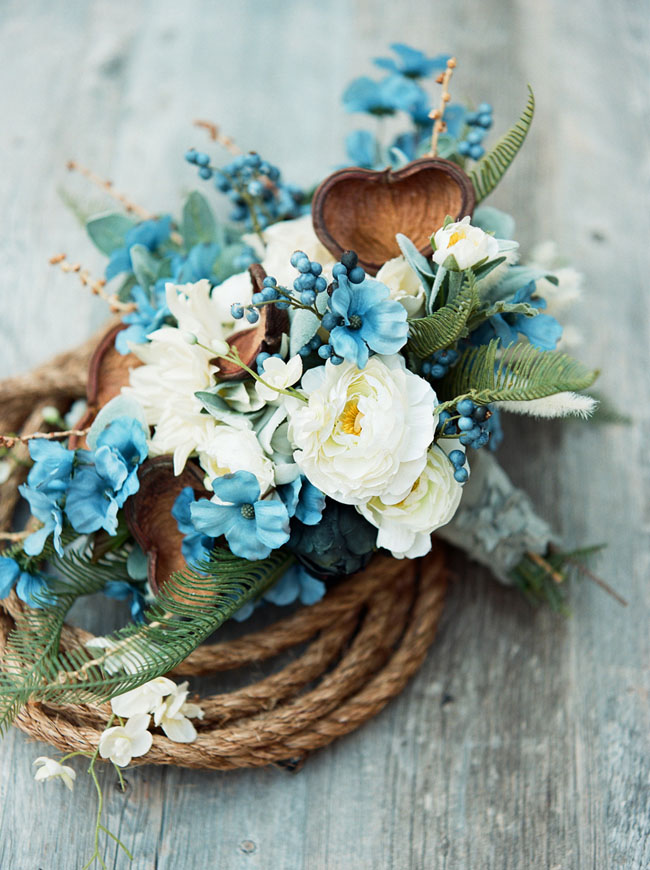 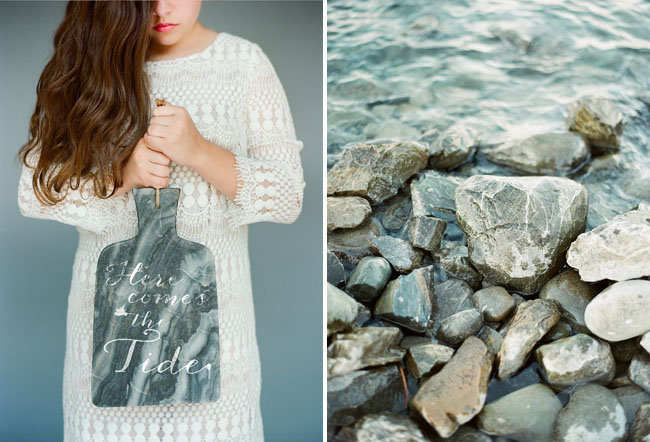 Drawing inspiration from the cool salty tones of a rocky seaside coastline, Clayton’s concept echoes throughout the entire project, including the signage, florals, and styling elements. 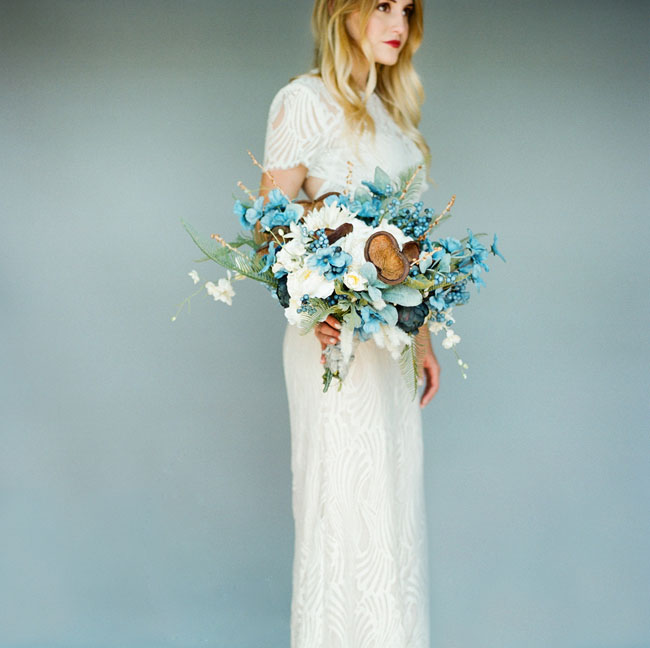 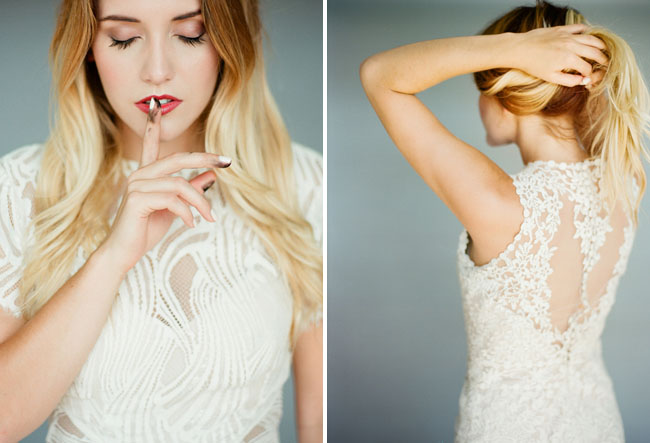 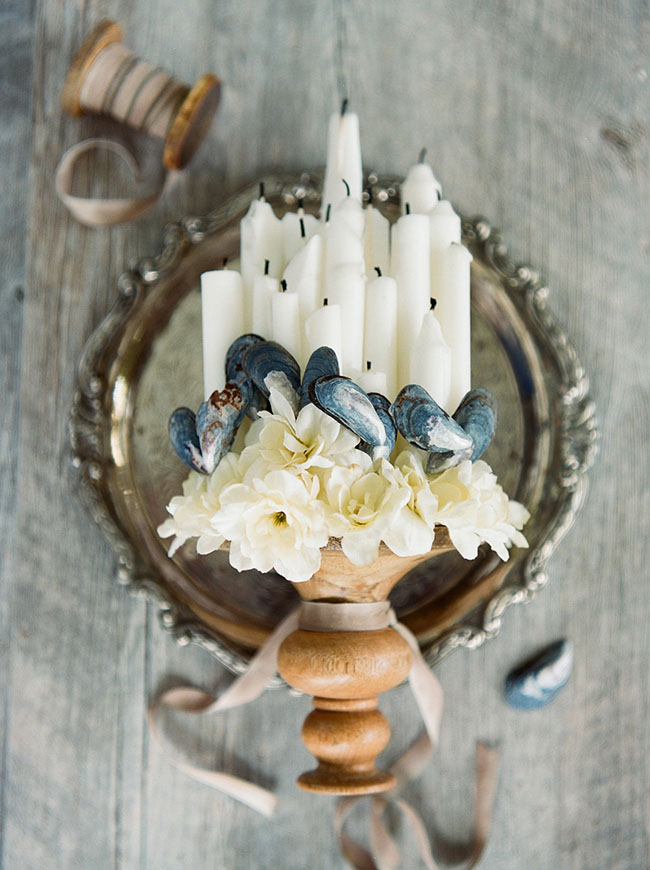 Do you love that amazing candle bouquet – yes, bouquet! – above? Clayton is joining us back here in a bit to share a fun DIY for making your own! 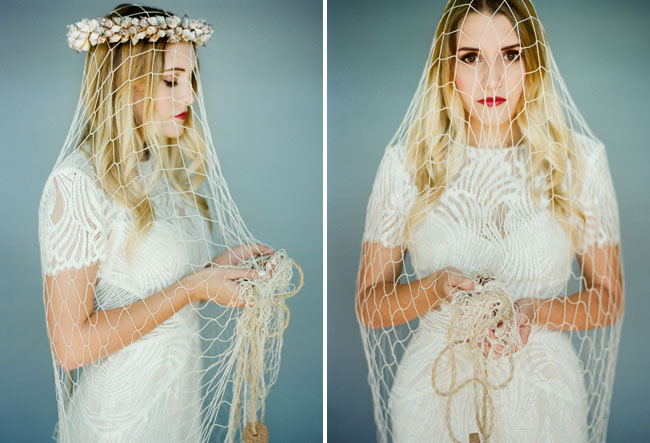 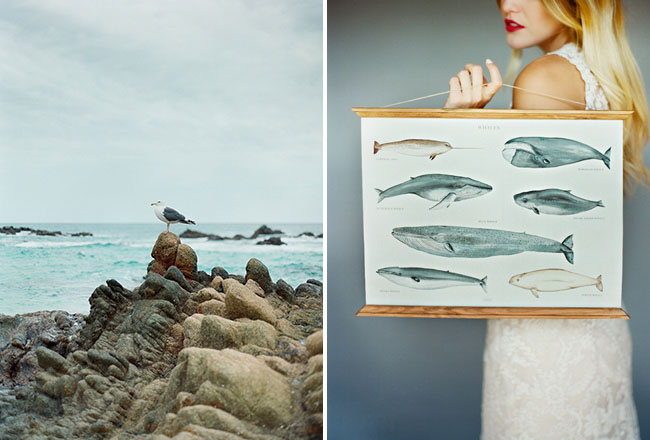 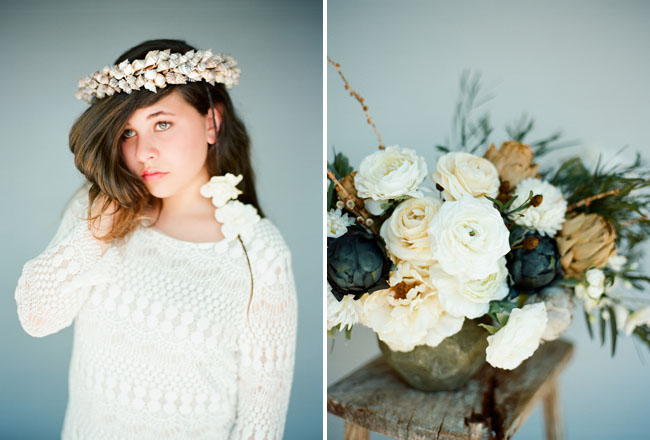 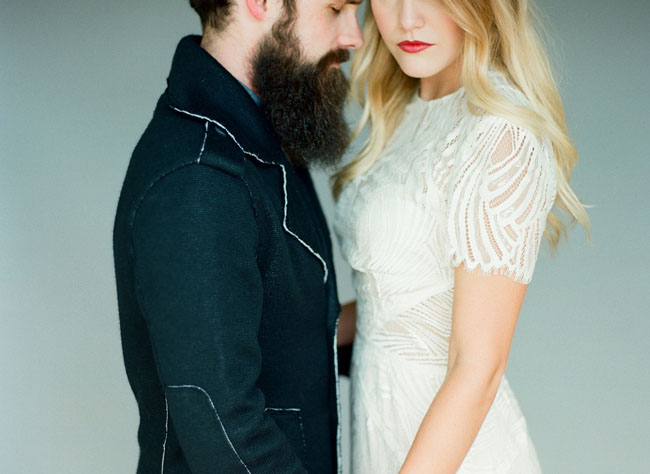 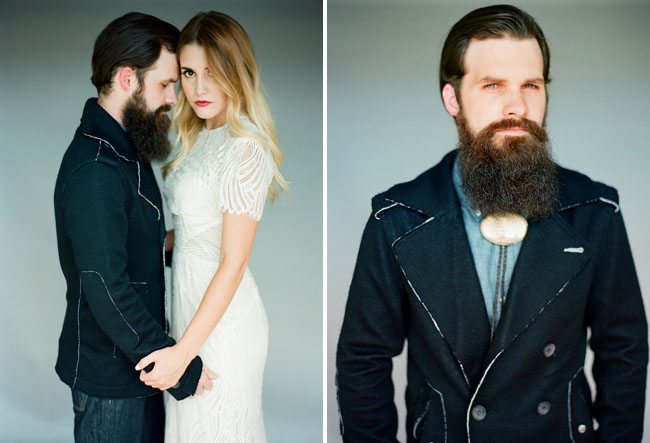 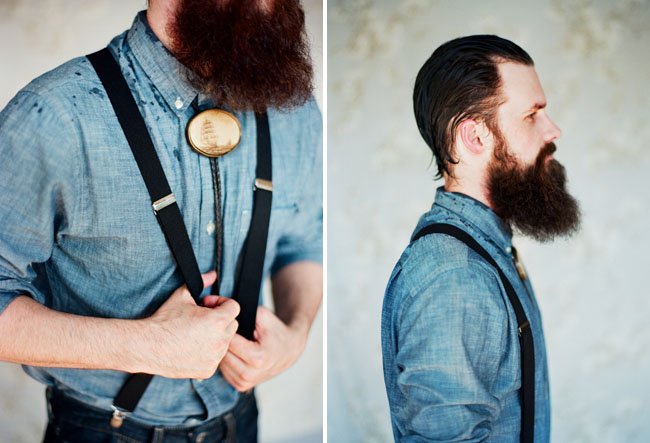 The wardrobe styling is perfectly suited to the shoot’s creative vibe. We love that bolo tie – an Etsy find – and the bride’s gorgeous BHLDN dress. 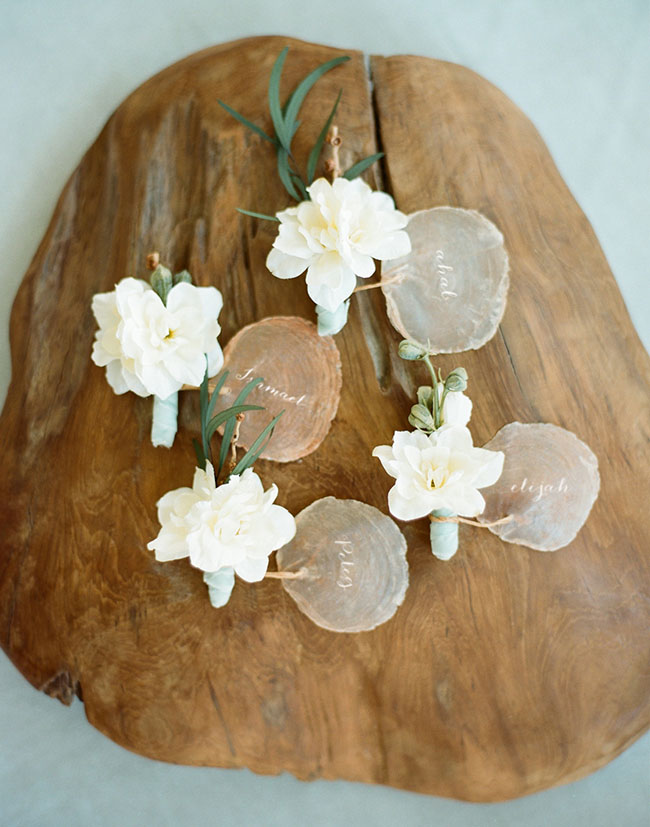 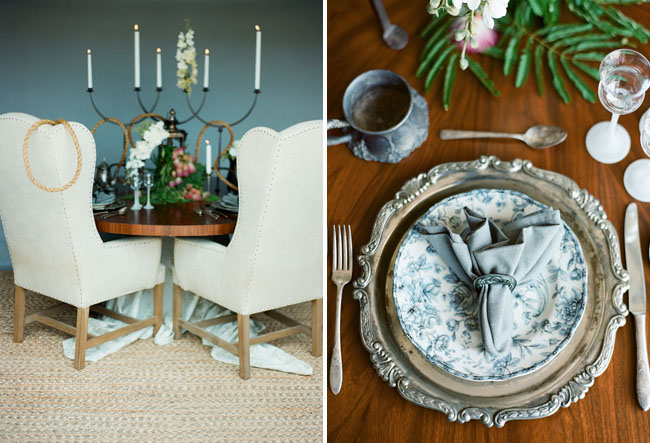 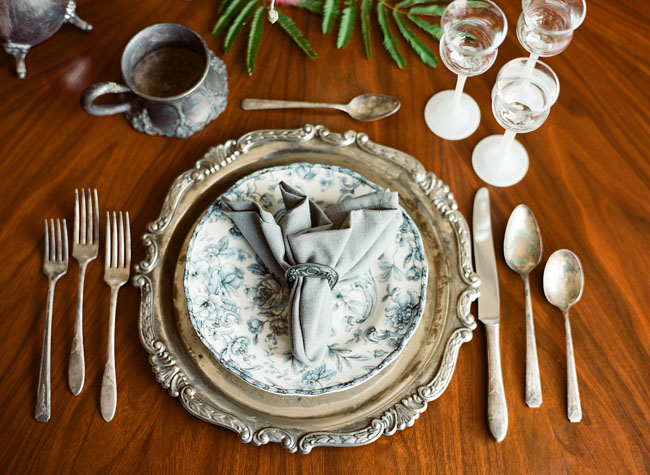 Clayton did a stellar job of bringing an ocean aesthetic indoors. This is such great inspiration for couples who love the beach – and want to make it a part of their day – but aren’t actually able to get to exchange their vows there. 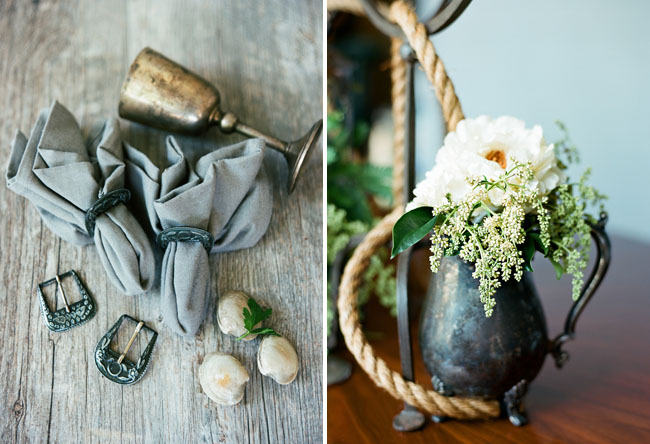 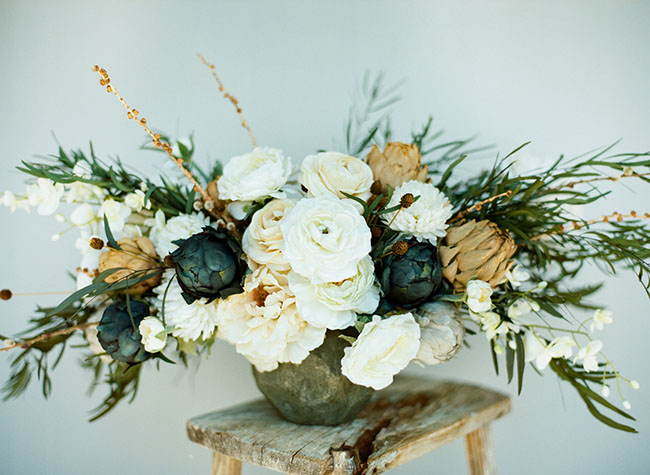 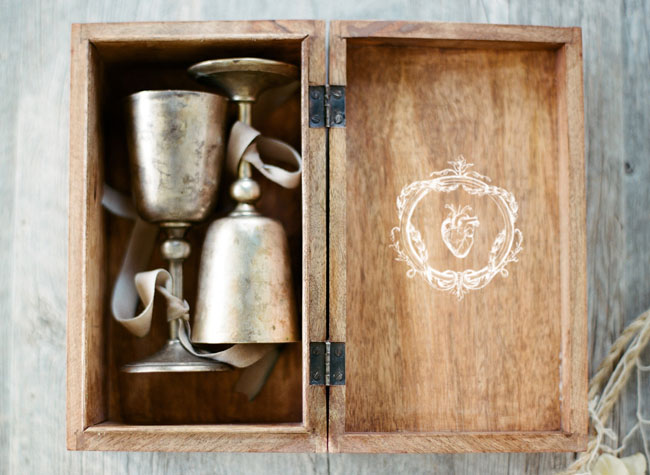 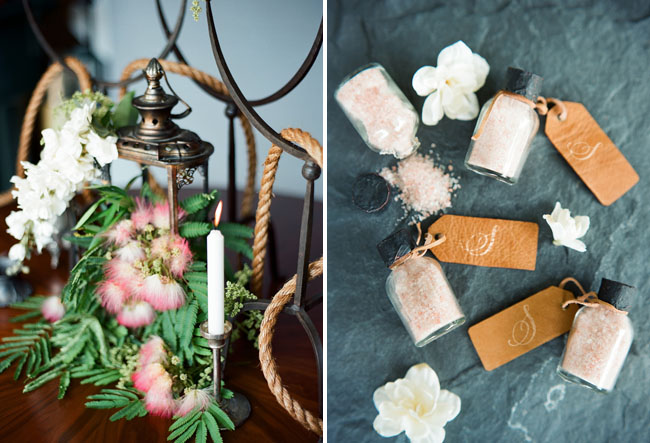 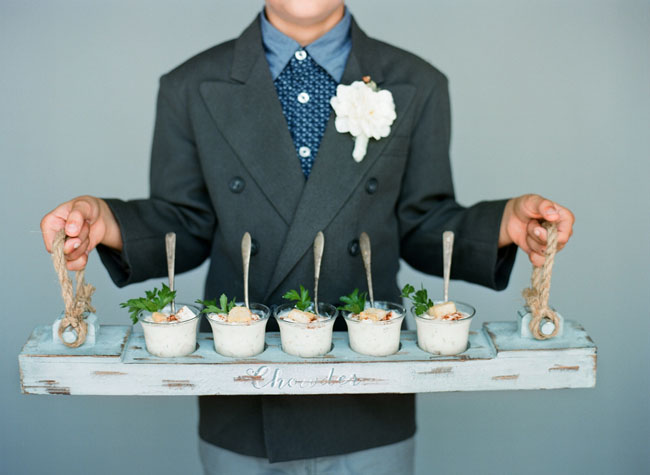 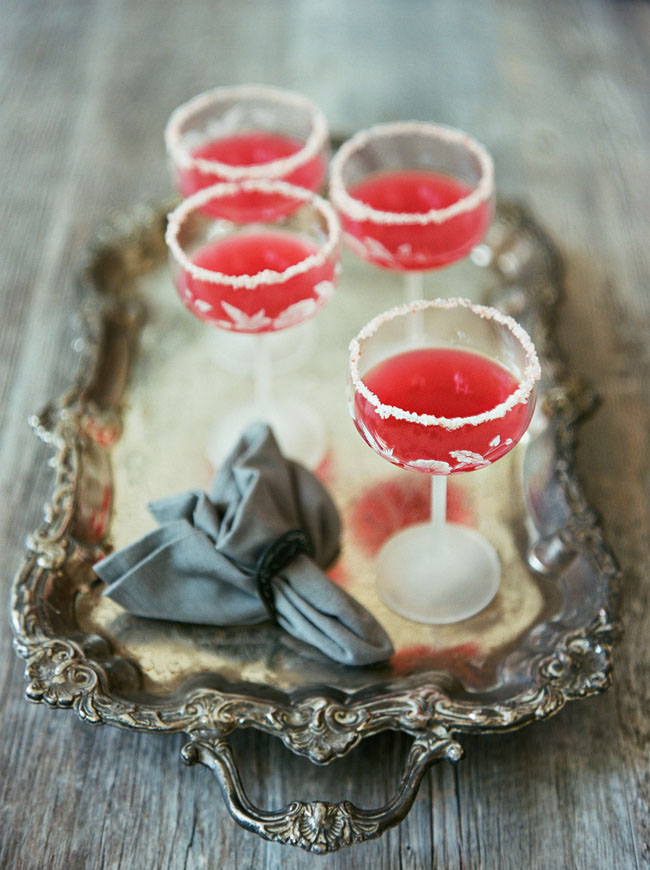 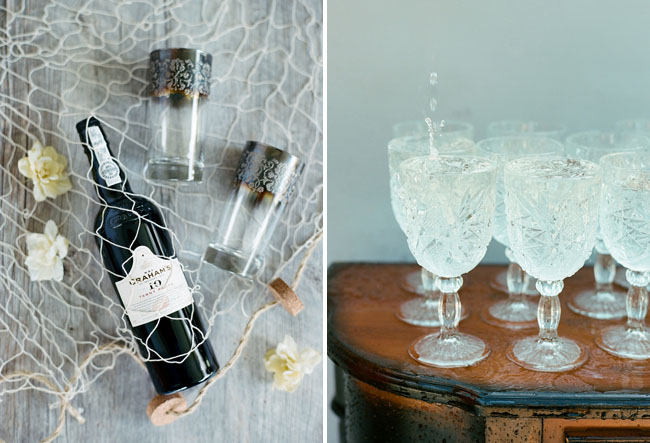 Thank you so much to Clayton for sharing this passion project with us today! We hope it inspires couples + creatives to think outside the box + to know they aren’t limited by any boundaries when dreaming up their ideal wedding day!