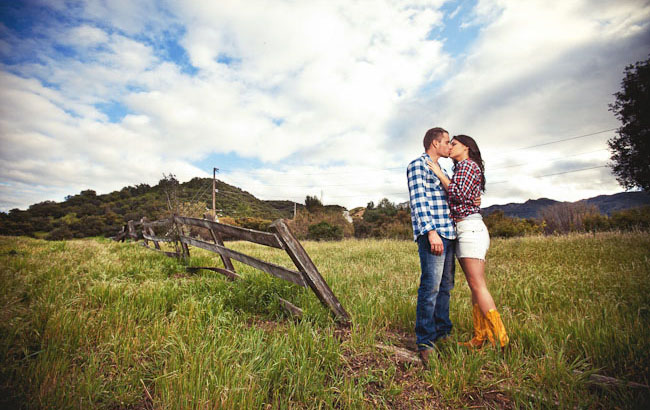 Ok all you Bachelor and Bachelorette fans out there – today you are in for a treat! I know you all remember and fell in love with DeAnna on Brad’s first season of the Bachelor and then on her own season of The Bachelorette. Well she didn’t end up finding love there, but she has found her true love – and she’s engaged!! And DeAnna + Stephen are just the cutest! So excited to be able to share their lovely engagement photos taken by the talented Callaway Gable. And DeAnna was sweet enough to share her proposal story with us – yep, I teared up a bit when reading it…

From DeAnna, “My fiance is one of a kind, that’s for sure! I feel lucky to have him in my life, and as cliche as it sounds, Stephen makes me a better woman. Besides Stephen’s good looks and his sparkling blue eyes, Stephen is hilarious and makes me laugh every day. Stephen is so intelligent, and I admire that so much. Stephen is honest, trustworthy, and so strong in his faith in the Lord. Stephen and I met through his brother, Michael Stagliano. Michael and I know each other because we were both on different seasons of the ABC hit show The Bachelorette. Michael is dating my friend Holly Durst. They thought it would be fun if Stephen and I began dating so we could all hang out! I don’t think any of us thought we would hit it off as well as we did! 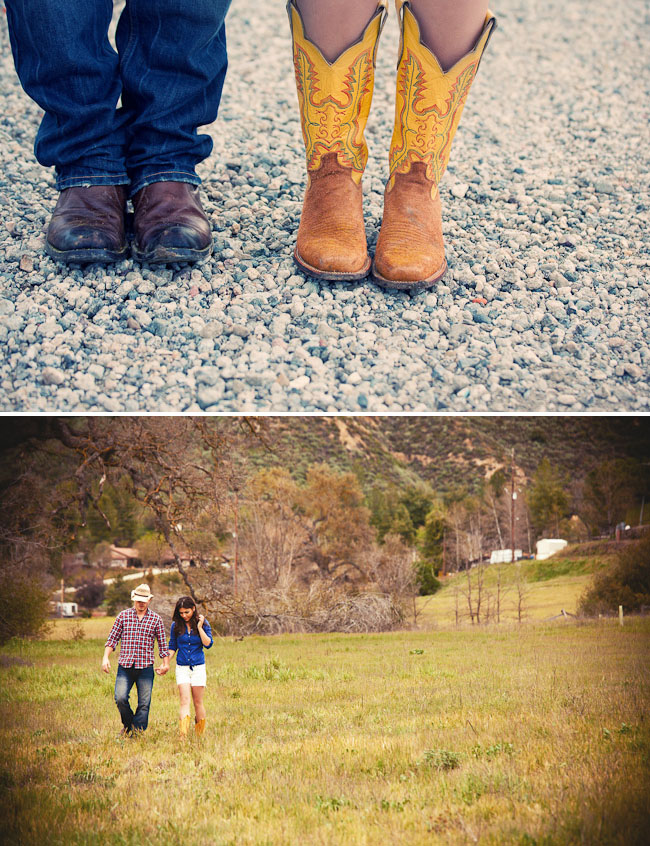 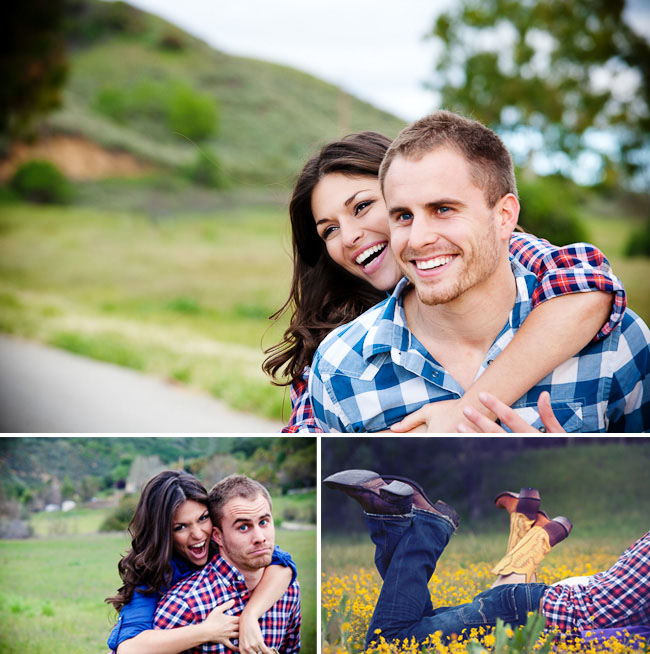 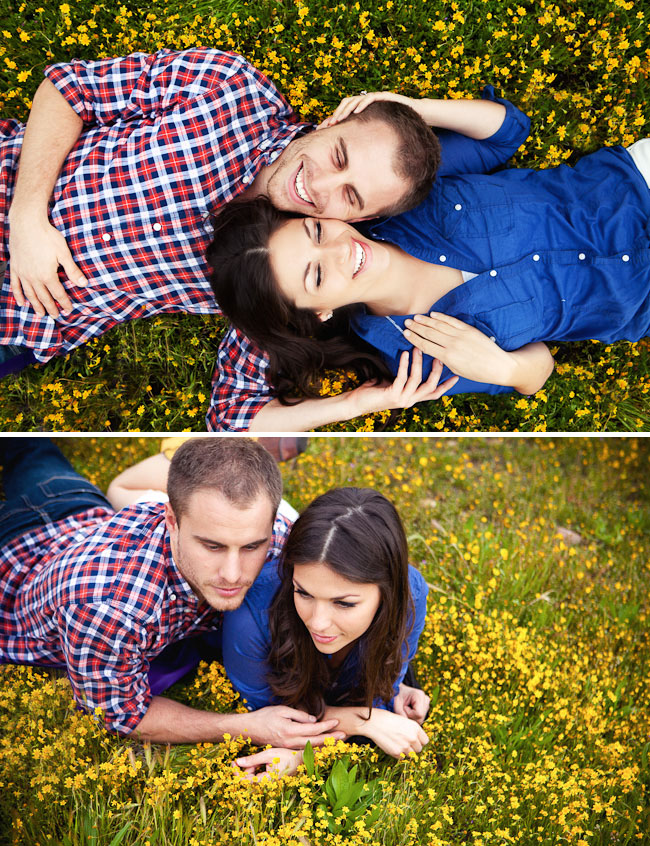 How cute are they??!! Love that you can see how much fun they have together + their love for one another. :) 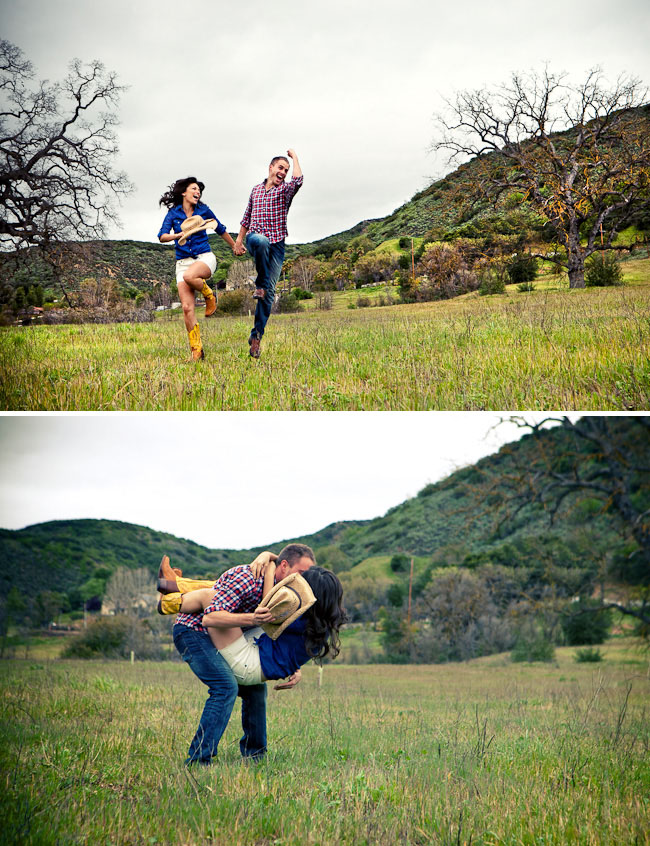 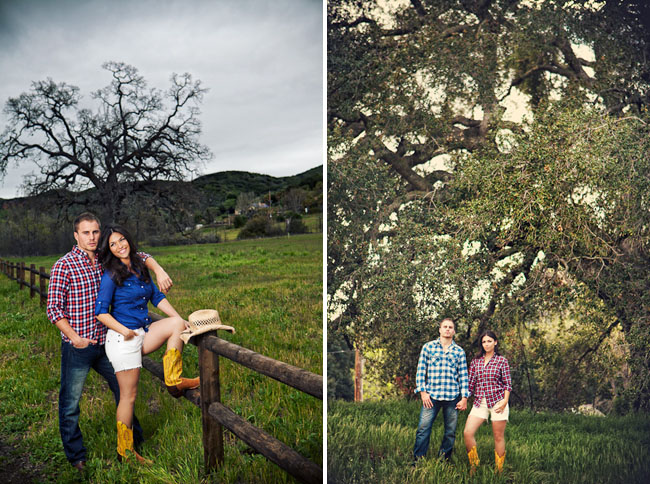 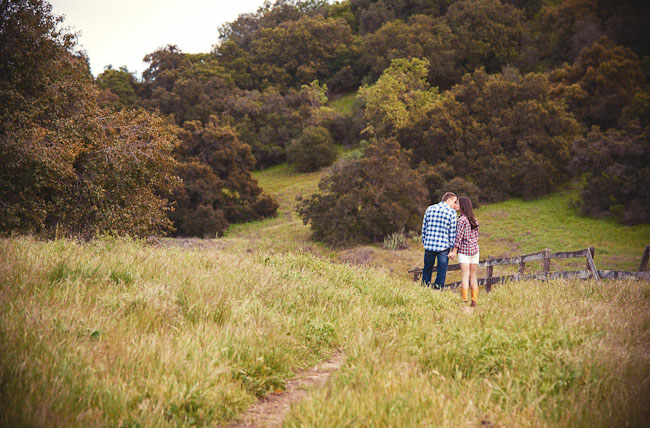 Stephen planned out my proposal perfectly. My dad was in town visiting Memorial Day weekend in 2010. It was a Sunday…the end of the weekend. I knew we had to take my dad to the airport that evening to head back to the East Coast. Stephen kept insisting that we go to the beach, an hour out of our way I might add, to have dinner with his parents. When we arrived at the beach, everyone was being kind of strange…so, I excused myself to the restroom. When I returned, the only person standing in the room was Stephen’s mother, Lynn. She was holding a bouquet of flowers and she was crying. My first instinct was, “This is it!! He’s proposing!!” But seconds went by for what seems like forever and Stephen’s mom was still crying. Then, my feeling turned to fear as I blurted out, “Mama Bear, you’re scaring me.”

We laugh about it to this day because she cried, which was so special, but I could not prepare myself for the beautiful things she was about to say. Stephen’s mother told me about how she had prayed for a woman like me to come into Stephen’s life, how she is happy to have me as a daughter, and that she loved me so much. Then, she hugged me and walked me about 25 yards down the beach to Stephen’s father, Frank. Frank did the same thing, told me that he already considered me a daughter, he loves me very much, and that he wants me to know that I now have two fathers to trust and confide in. Frank then walked me another 25 yards down the beach to Stephen’s twin brother, and my friend, Michael. Michael and I just cried because we were both so happy! Michael told me he loved me and was happy to call me his sister. Michael then walked me 25 yards down the beach to my very own father. My dad hugged me and kissed me, told me he loved me, and how proud he was of me. My father then walked me down the beach toward the ocean and in between two sand dunes, standing in the middle of flowers laid around him, my father handed me off to Stephen. Stephen told me how much he loved me, how happy he was that he found me, and that he wanted to love me forever. He then got down on one knee and asked me to marry him. This will forever be one of the best days of my life. It was a perfect moment and a perfect proposal.

So so sweet! Best wishes to the both of you on your life together + thanks for sharing your engagement photos with us here today!

Be sure to check out DeAnna and Stephen’s wedding photos and video too!

All photography by Callaway Gable