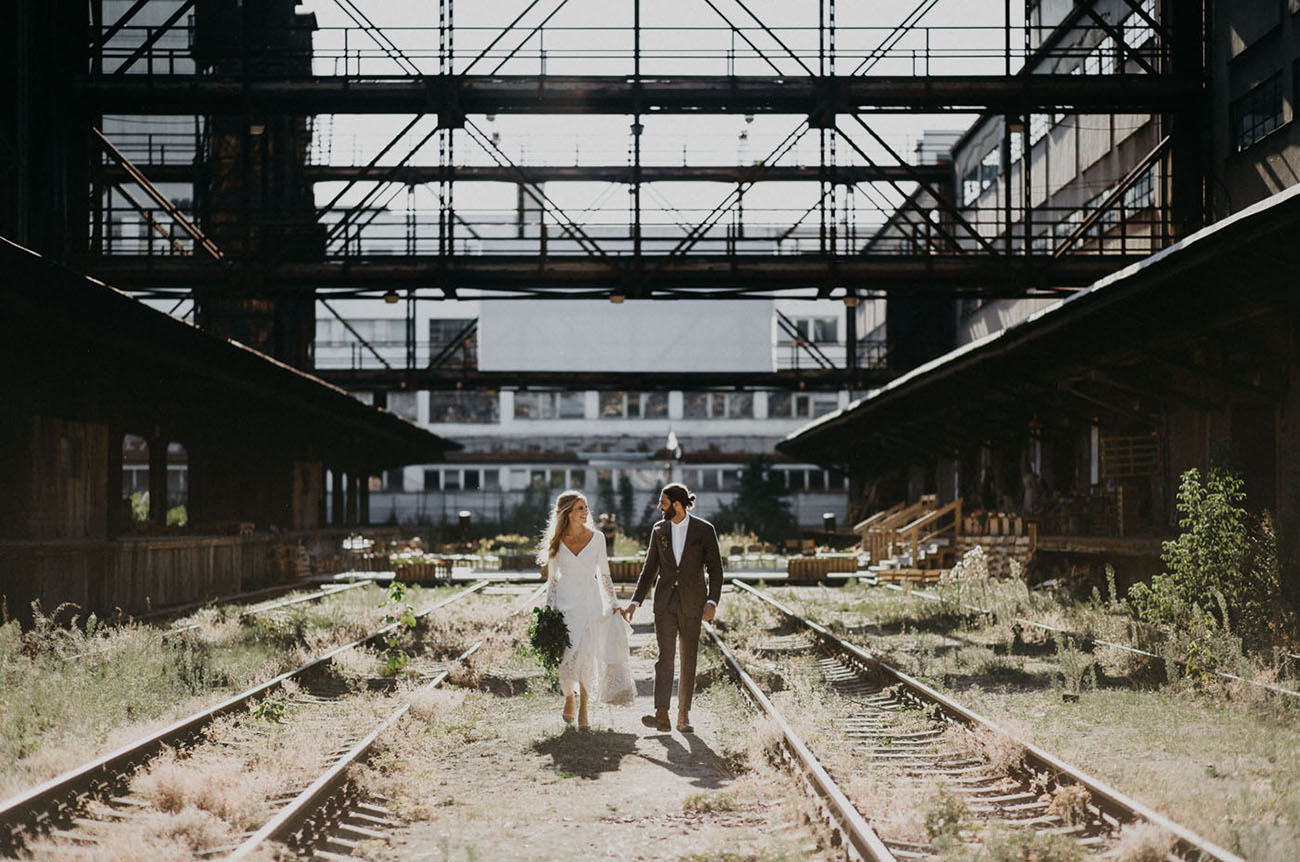 Have you ever seen a wedding held in an abandoned train station? No? It’s definitely a first for us, too! And we’ve got to say… It’s pretty darn SPECTACULAR. Anežka and Magnus wanted to bring their home country of Sweden to the Czech Republic, where Anežka’s ancestors are from. Heading to the gorgeous city of Prague, event designer Søstre Studio planned the industrial + Scandinavian-inspired event at one of the most famous railway stations, Nakladove Nadrazi Zizkov.

The building originally opened in 1936 and ceased operations in 2002. It has since been confirmed to be a cultural monument — and we’re thankful for that… you’ll see why below!

All aboard for Prague! Let’s see the momentous day captured by Couple of Prague! 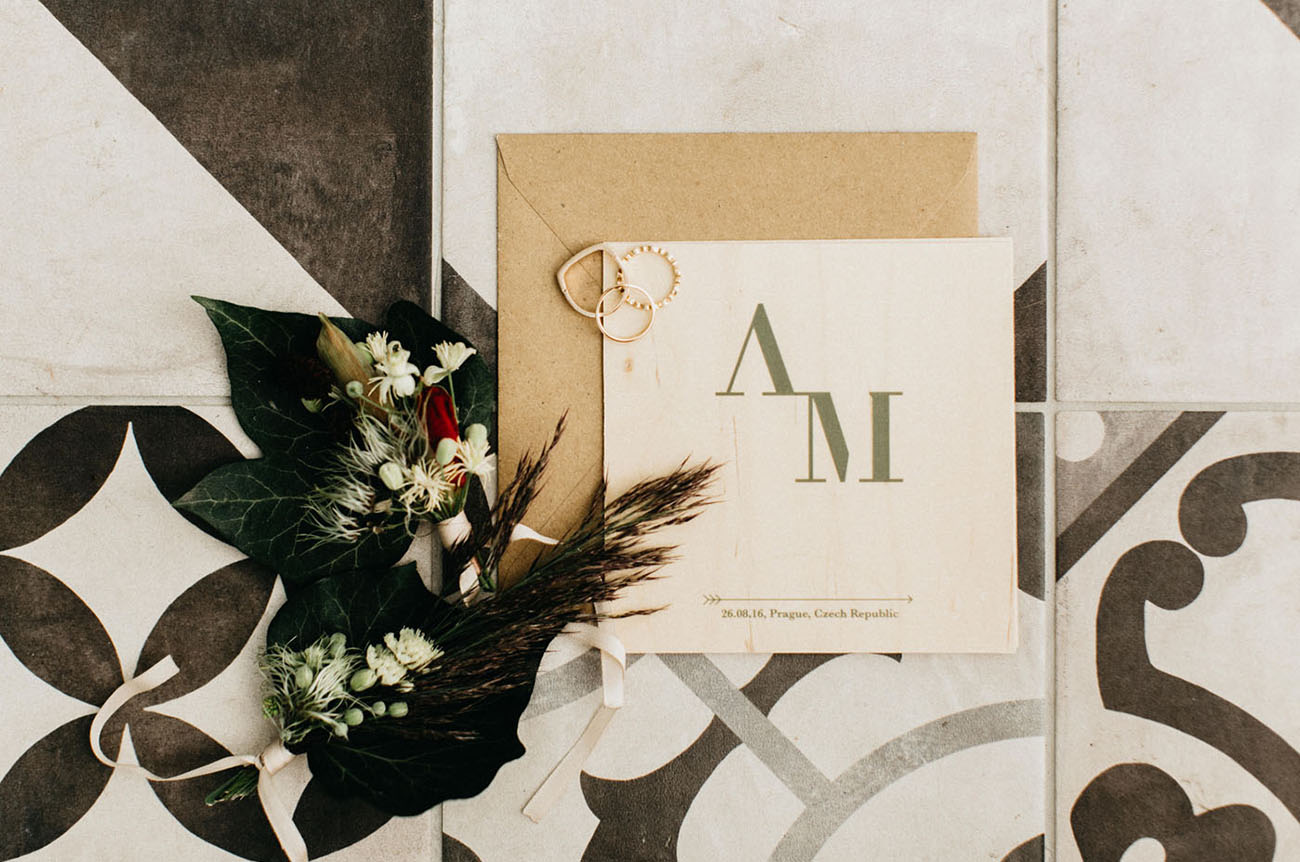 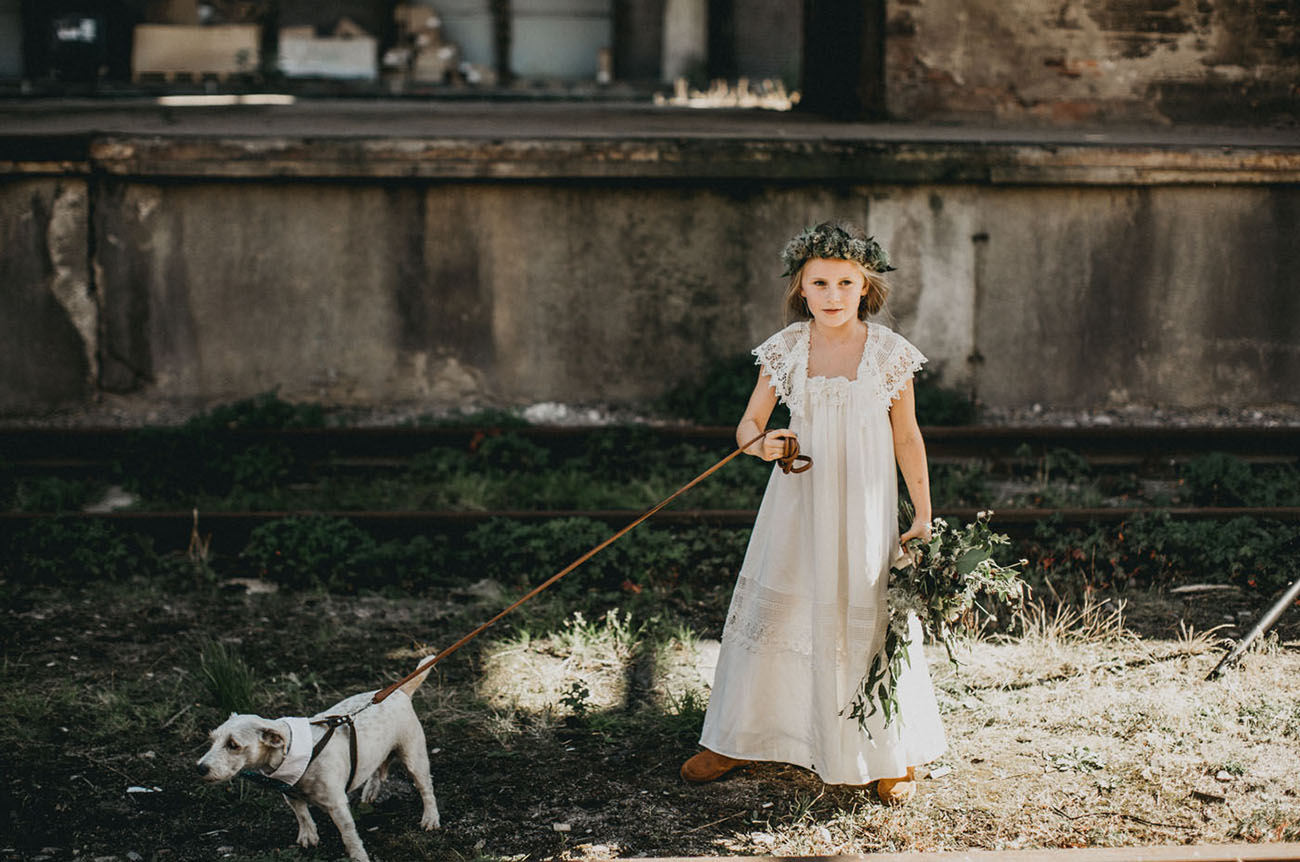 The most darling flower girl + pup! Who said the bride is the only one that can wear white to the wedding? We love the combination of florals and greenery by Plevel + this boho-inspired white dress. They kept the decorations clean + minimal, keeping the focus on the bride + groom and the incredible setting. 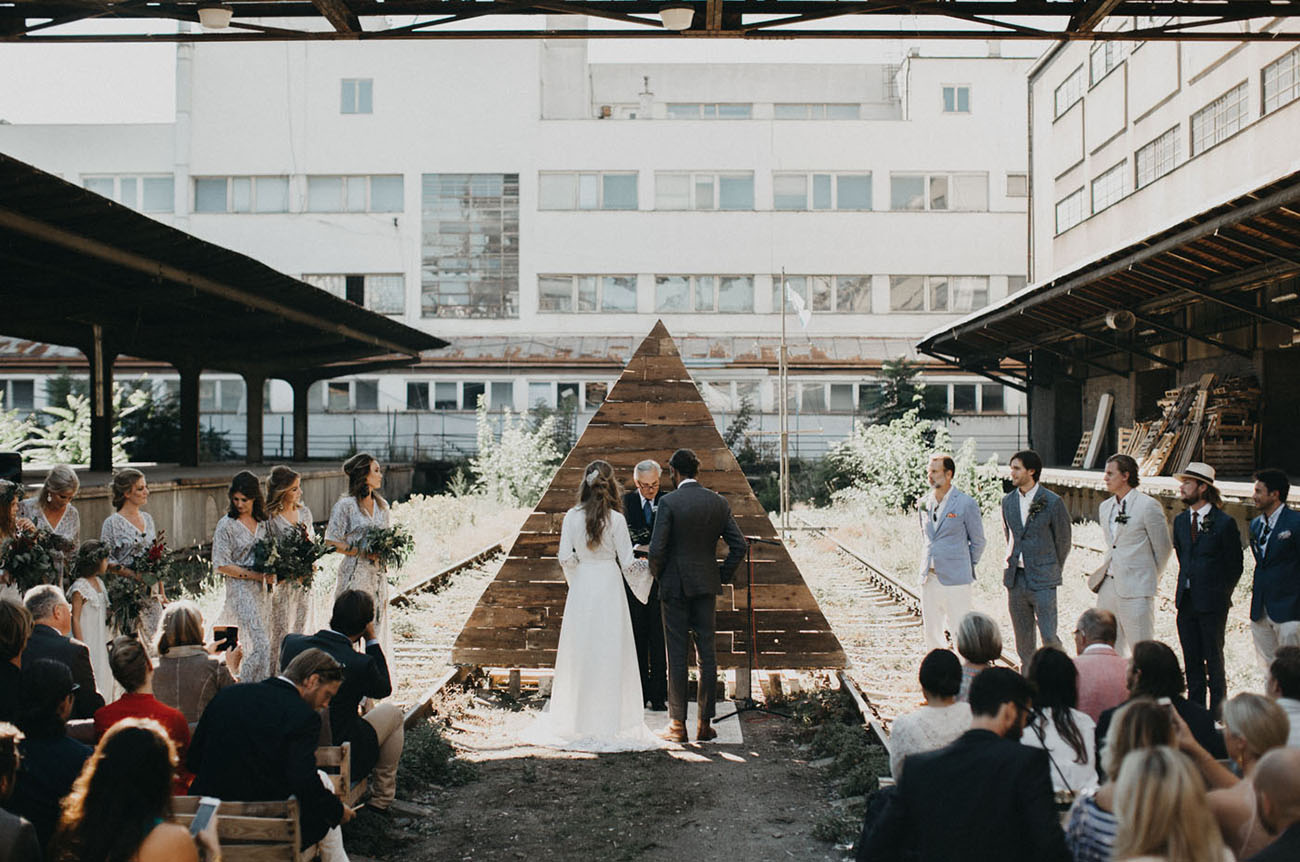 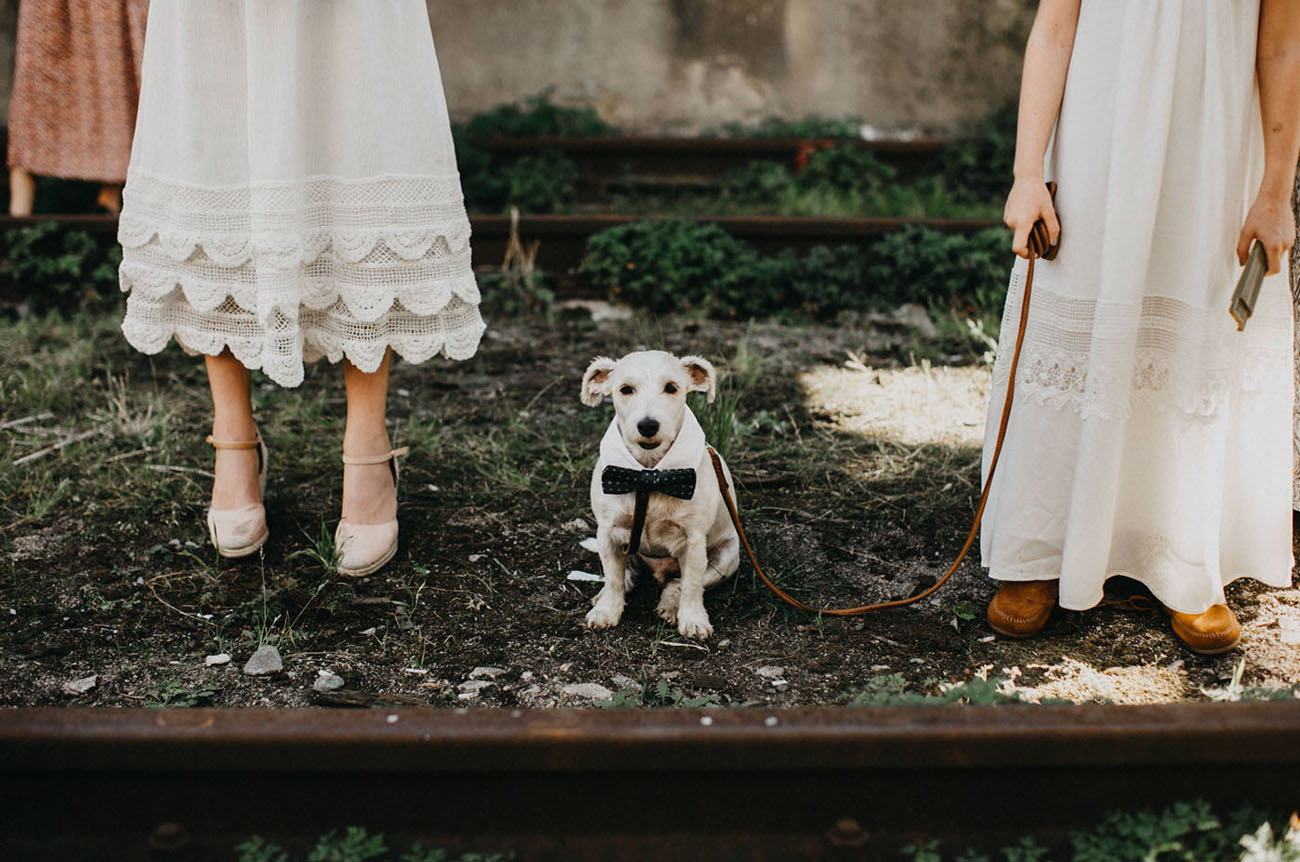 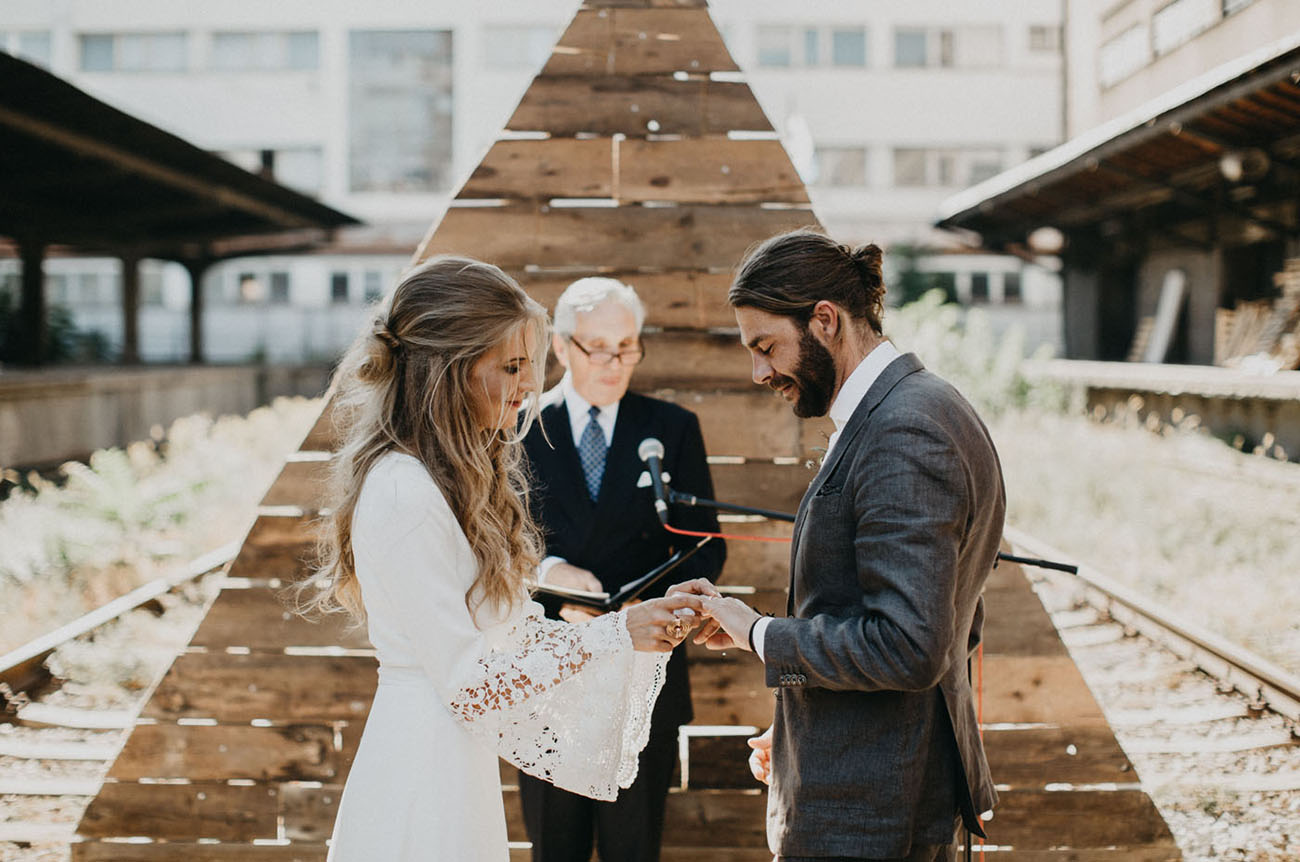 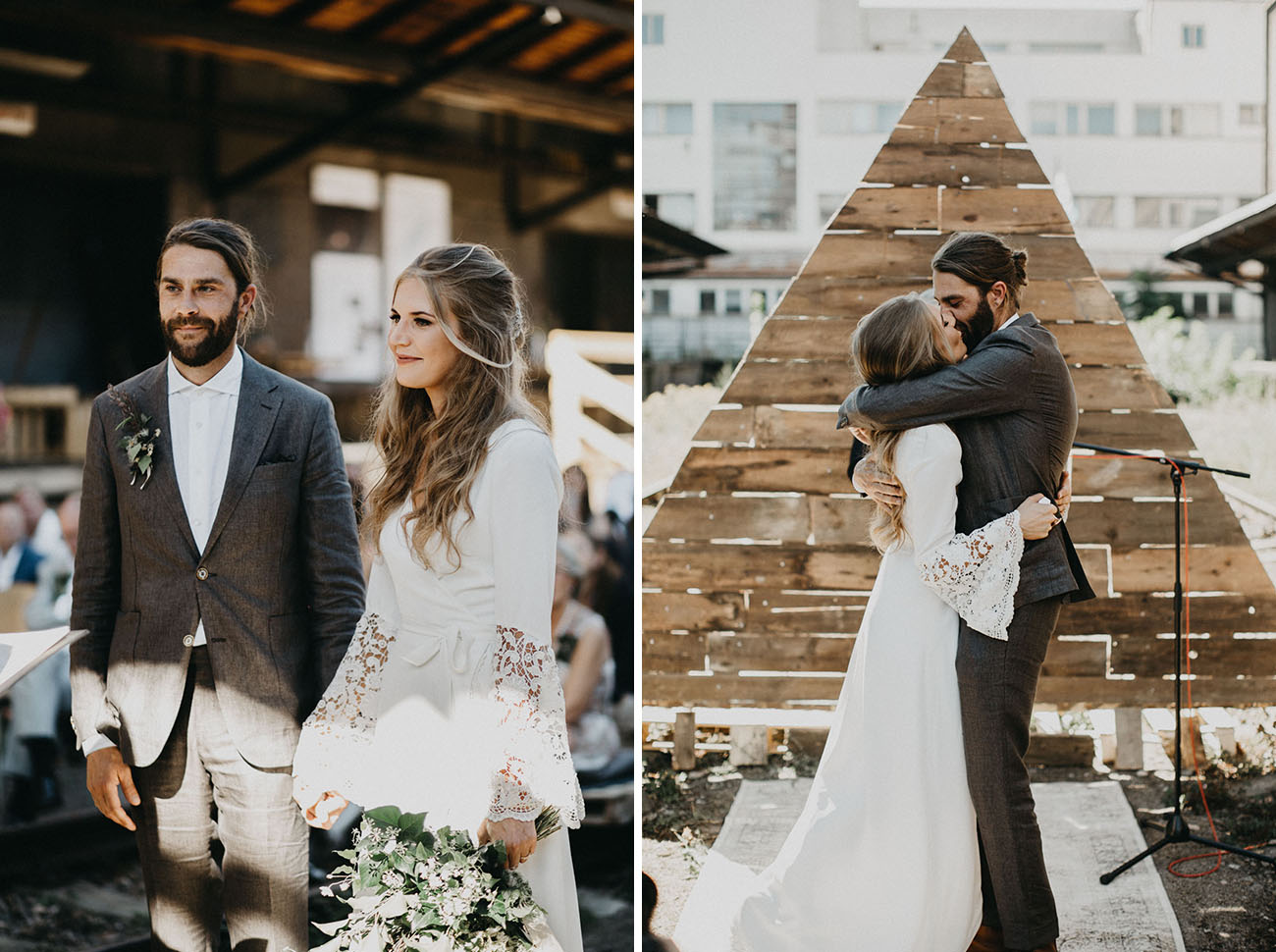 SO GORGEOUS! And the crochet bell sleeves on her dress… Major *heart eyes*! The bride actually designer her own gown and it was made by Ebba Montgomery. 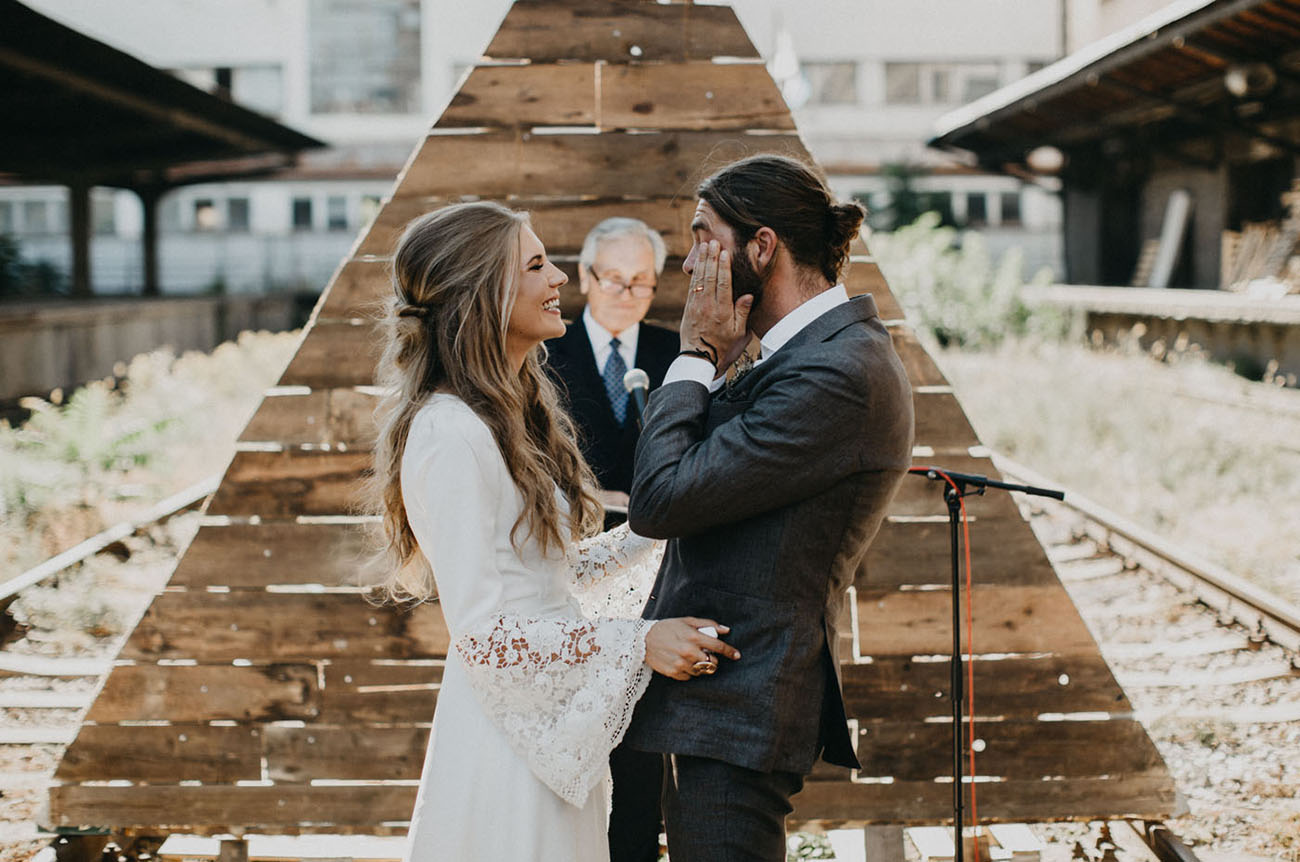 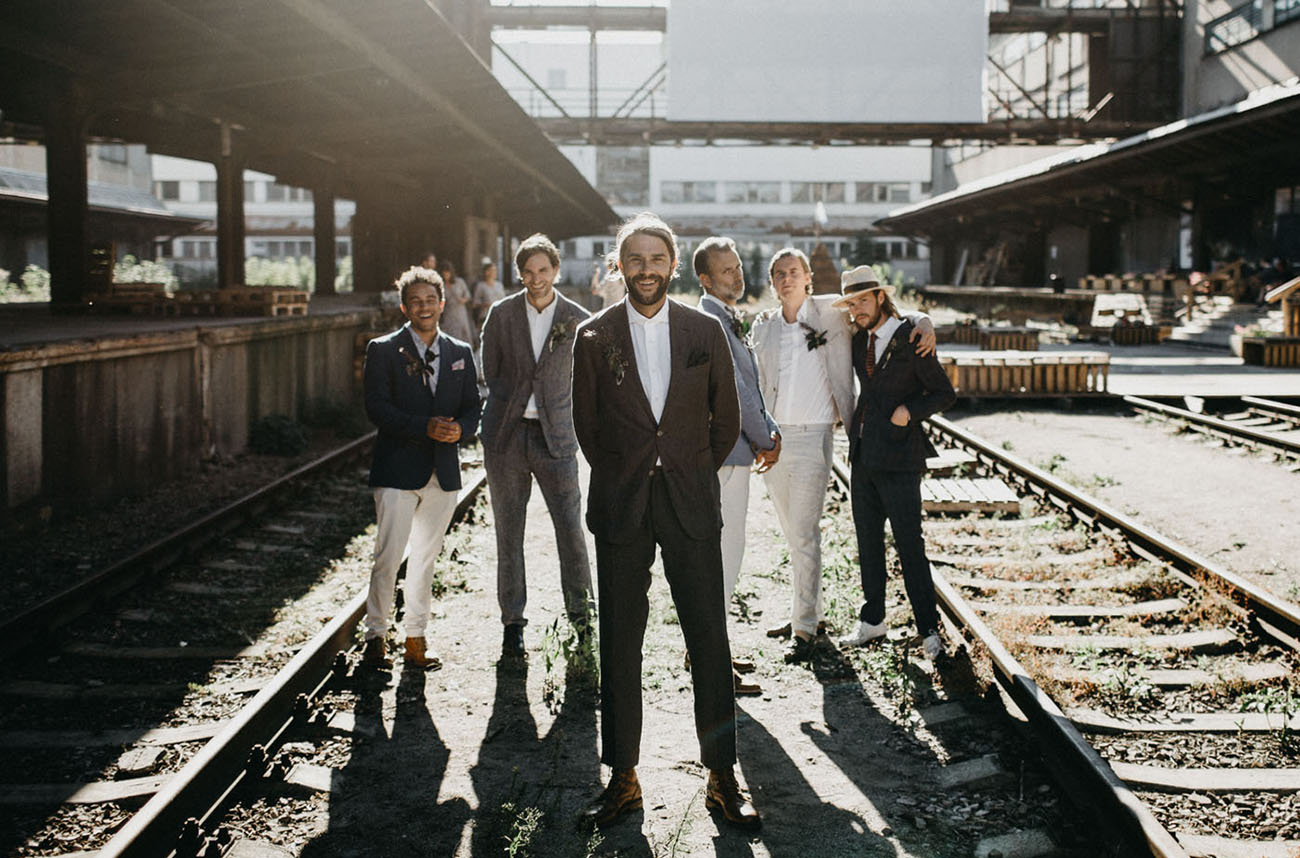 The groom looked extra sharp in his dark gray suit by Oscar Jacobson. 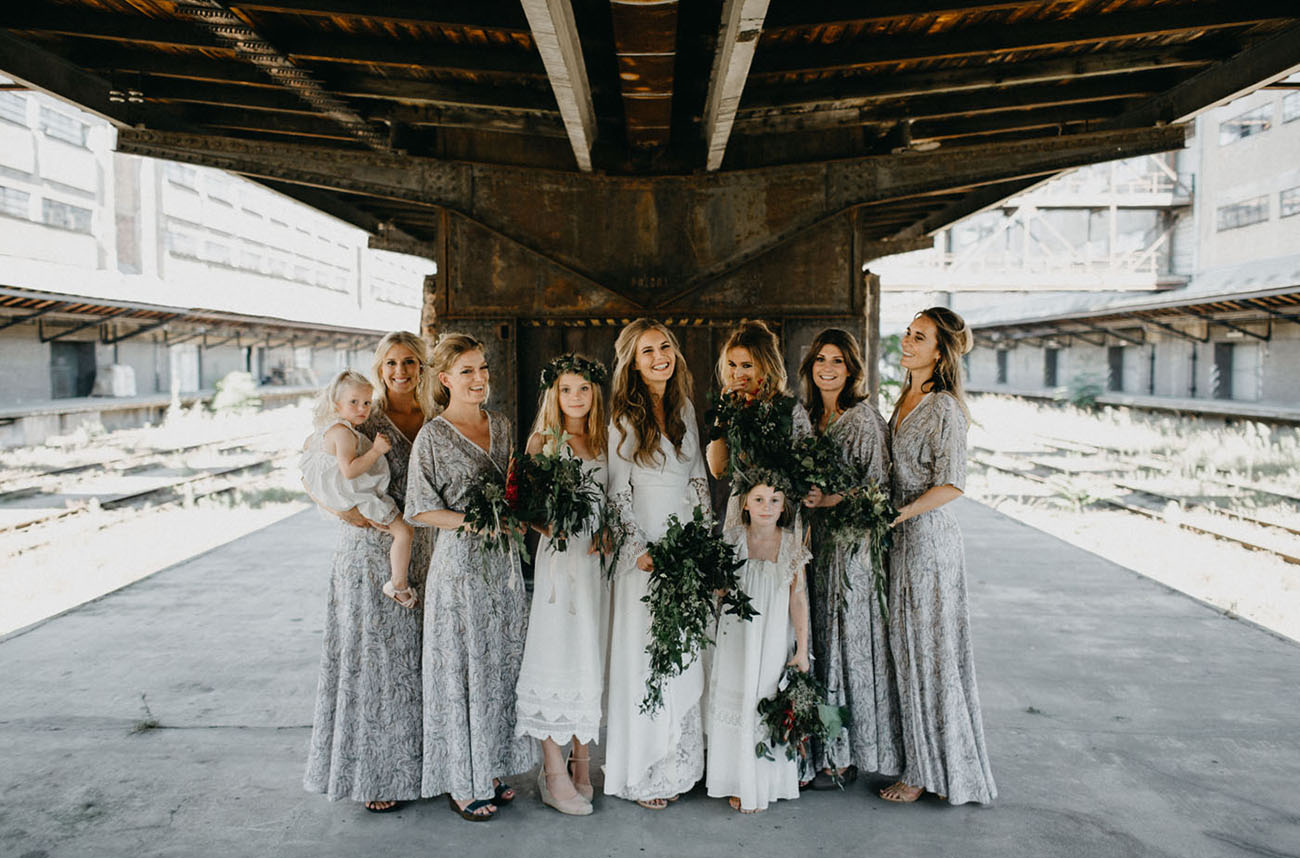 House of Dagmar + Tea Princess provided the dresses for the ‘maids, and picked up on the gray industrial tones of the day. 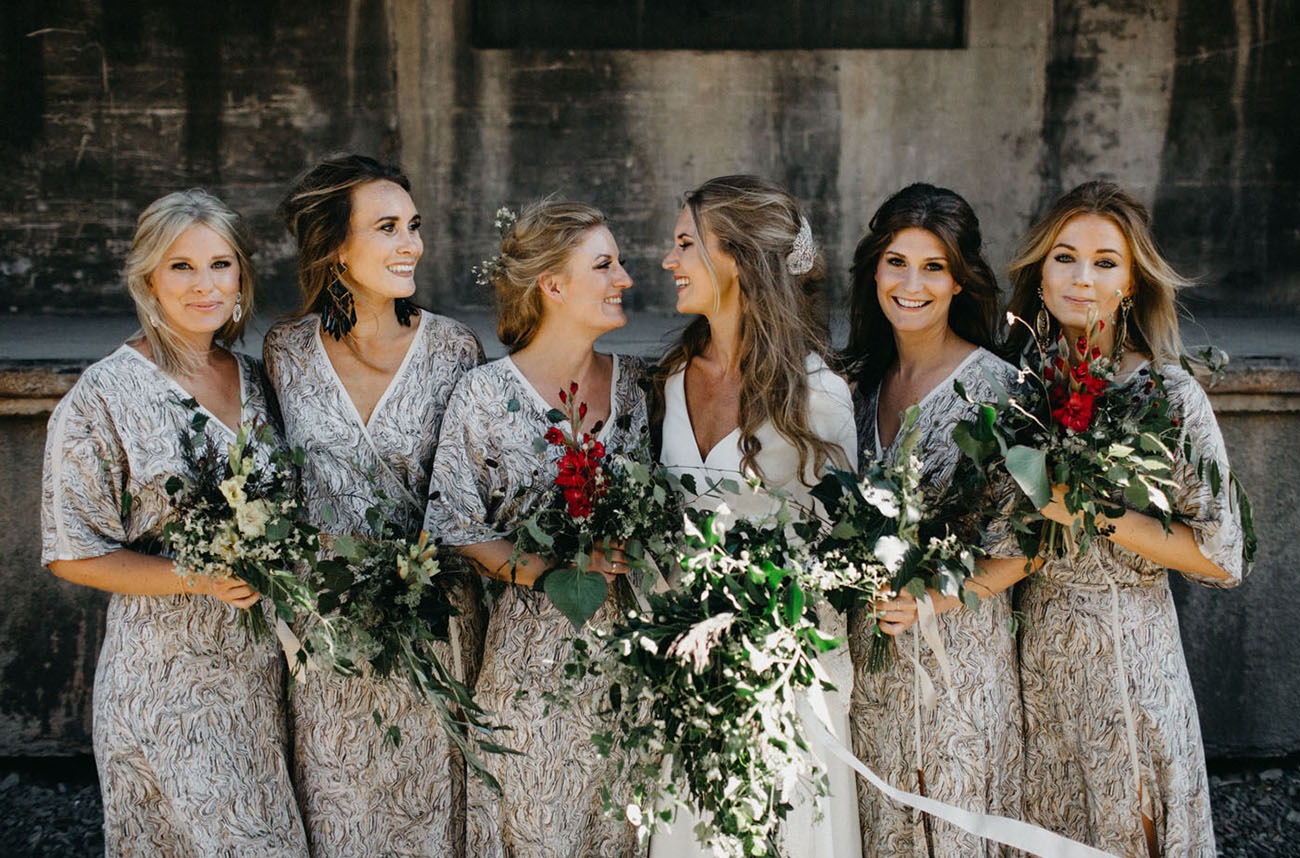 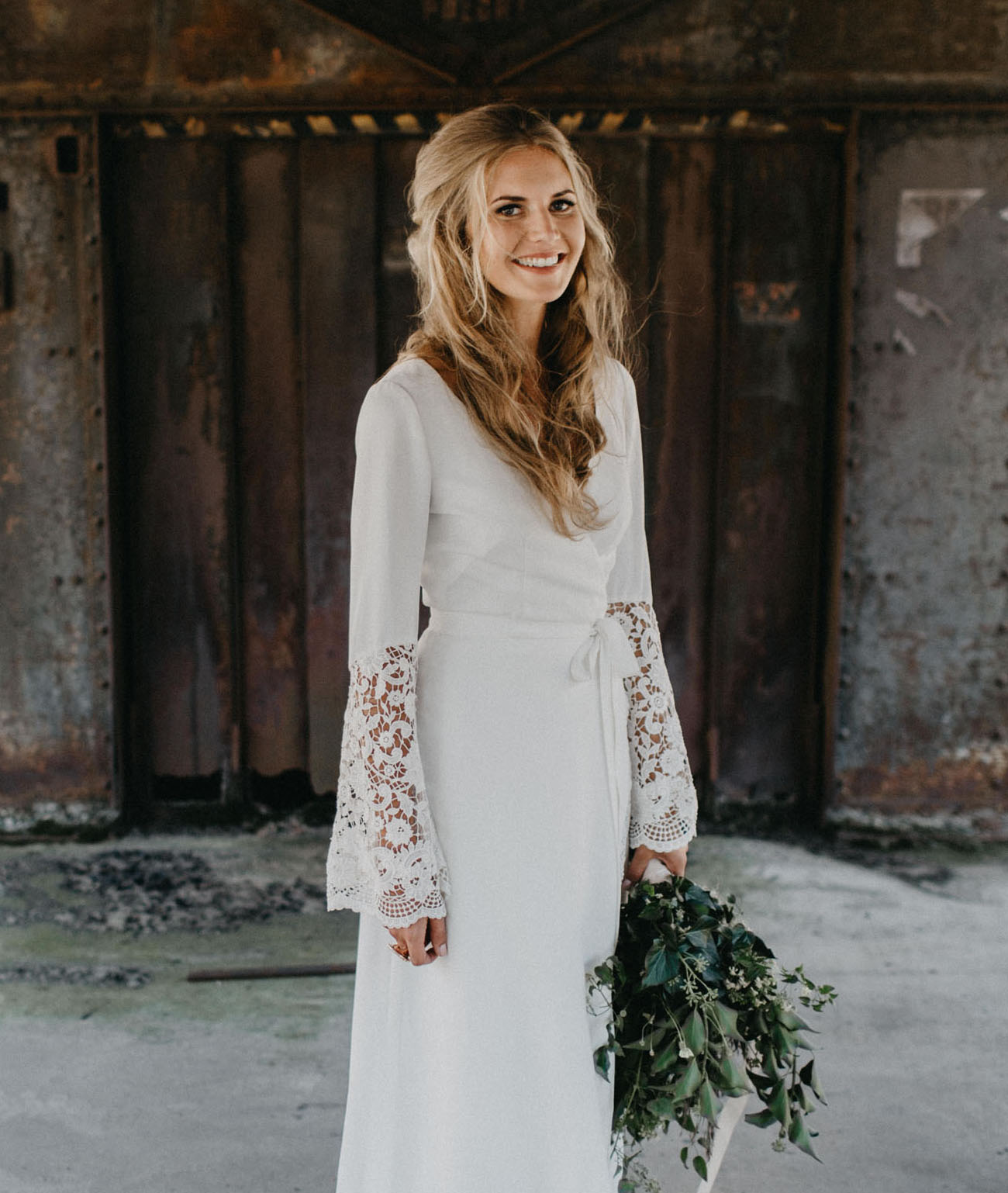 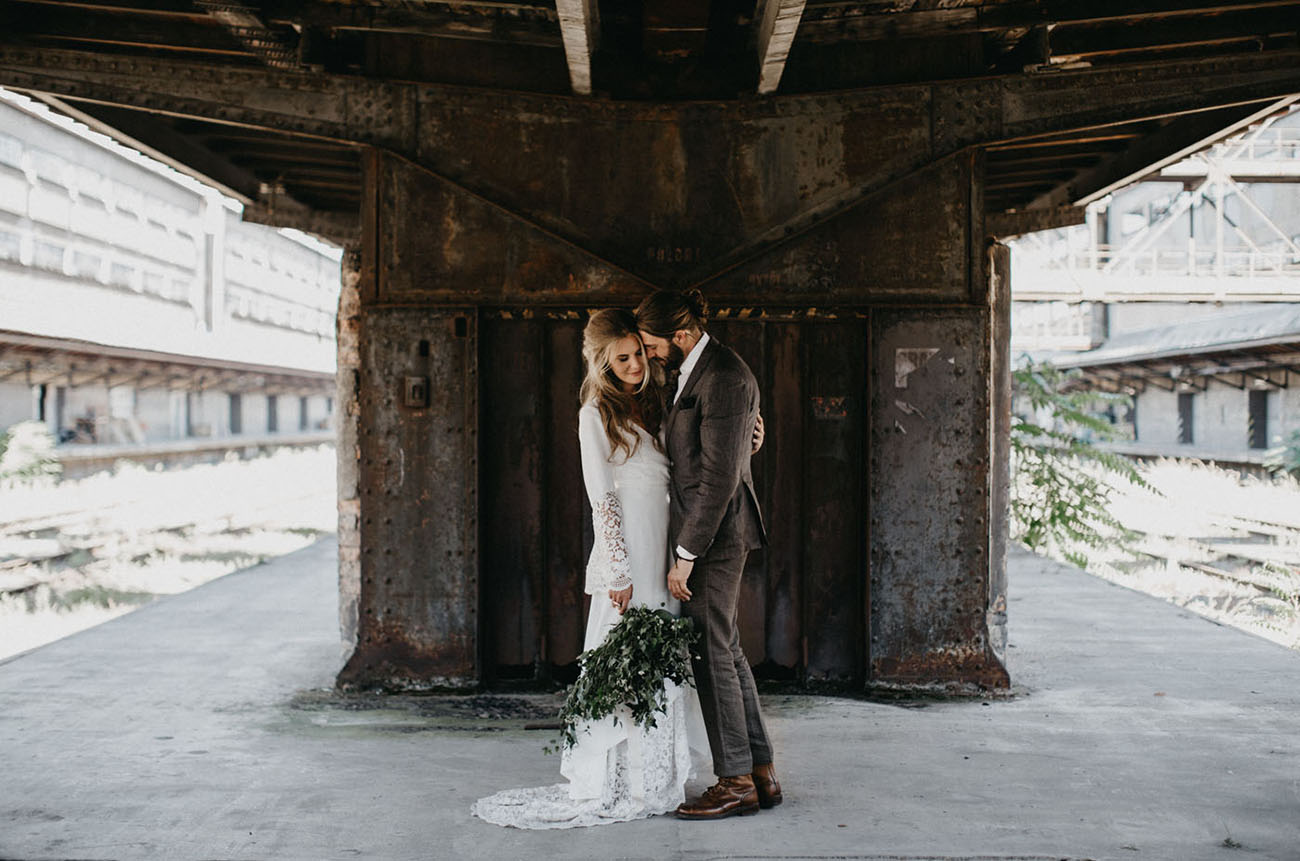 How epic is this location?! 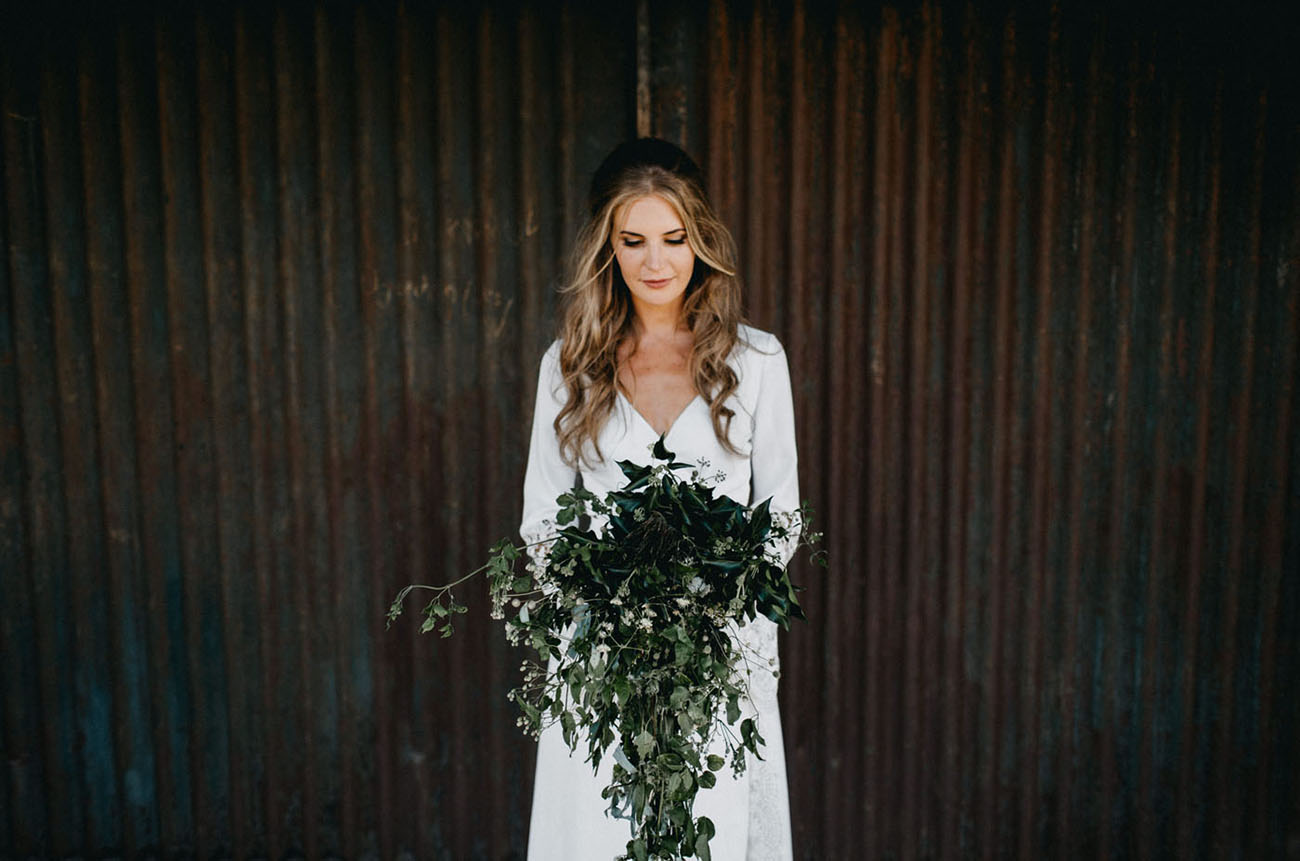 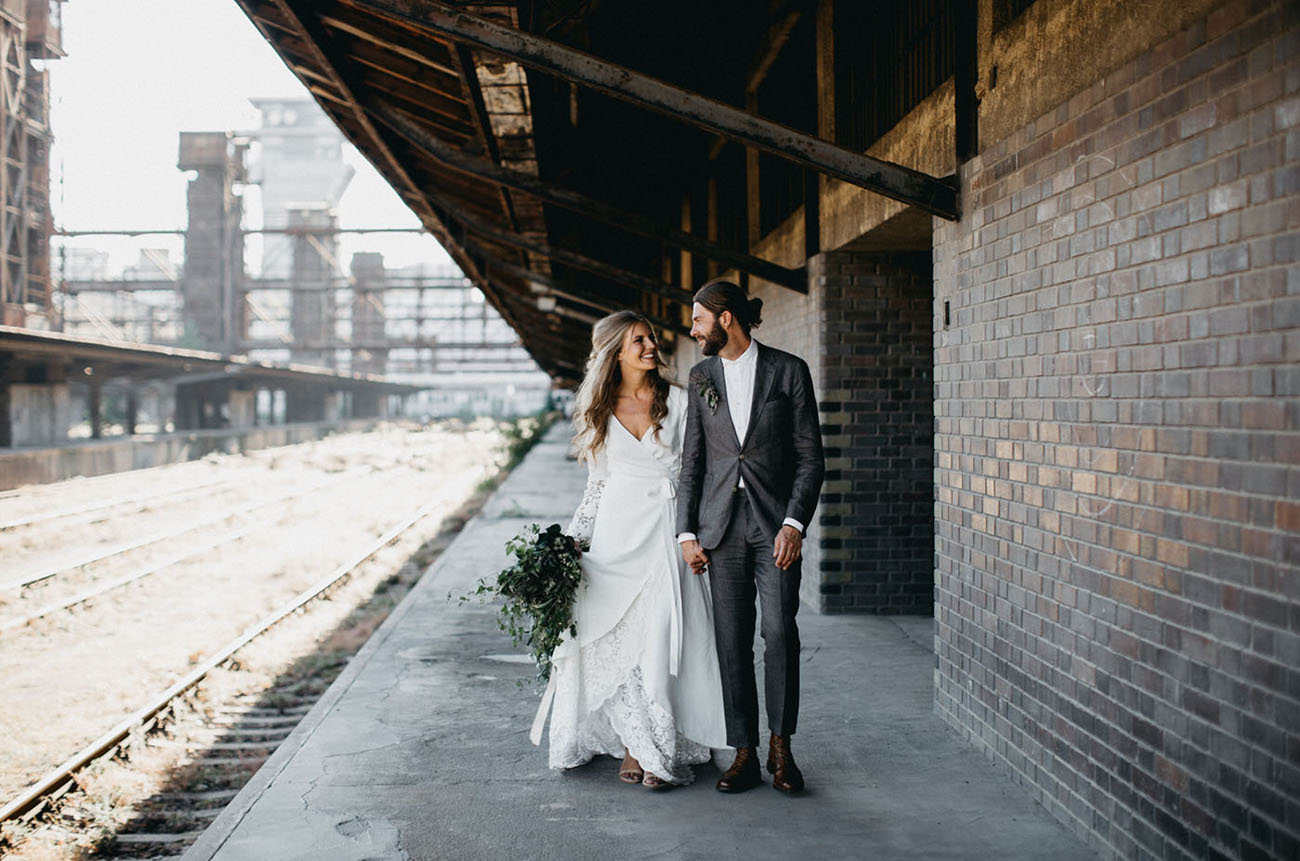 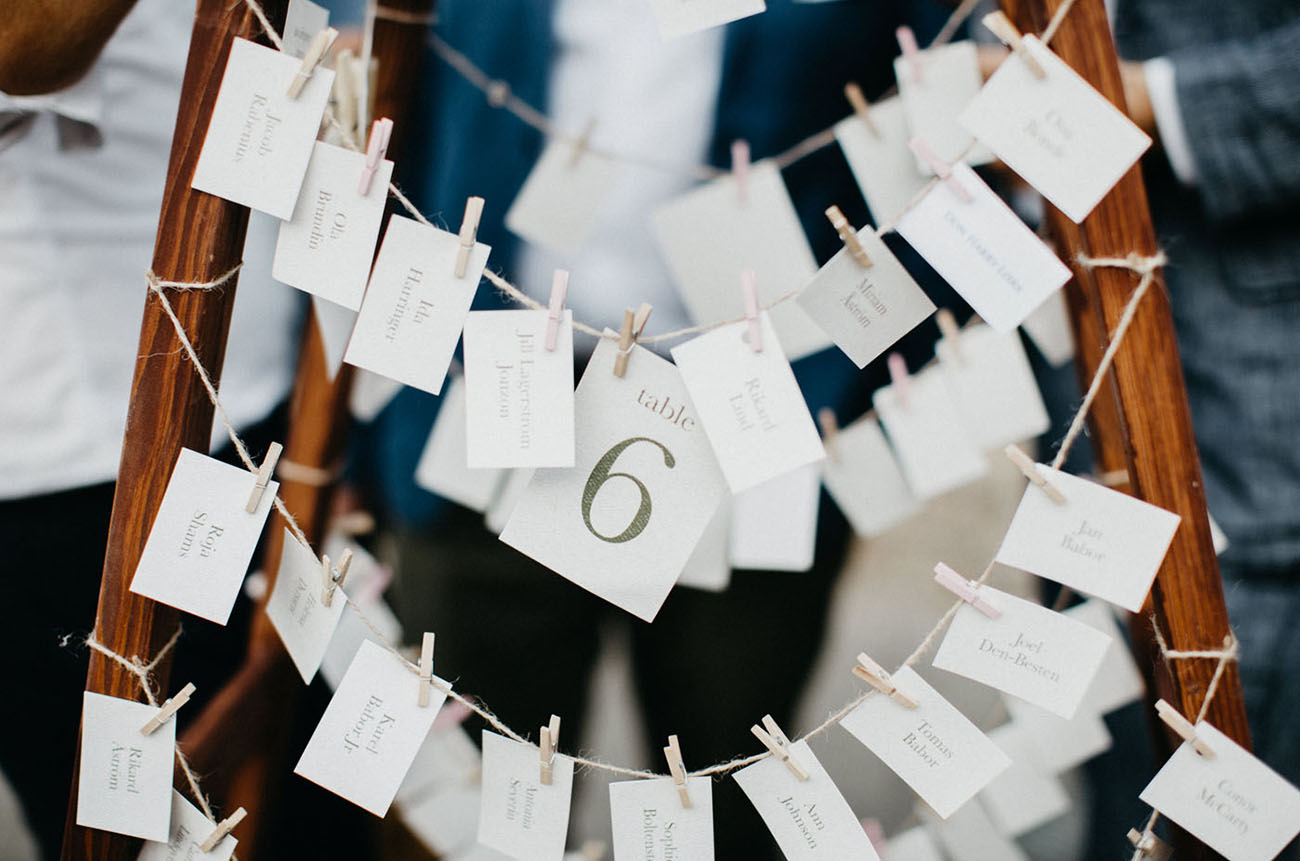 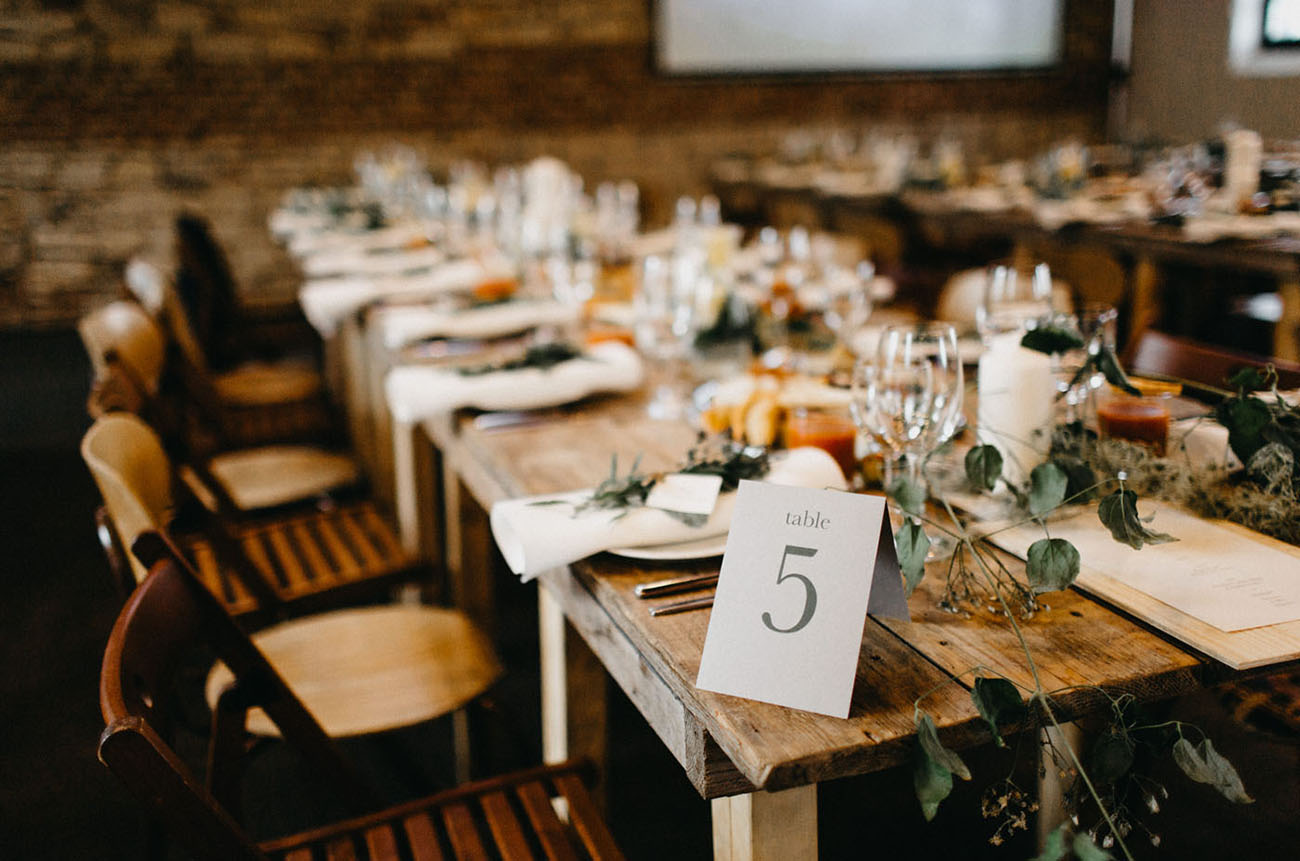 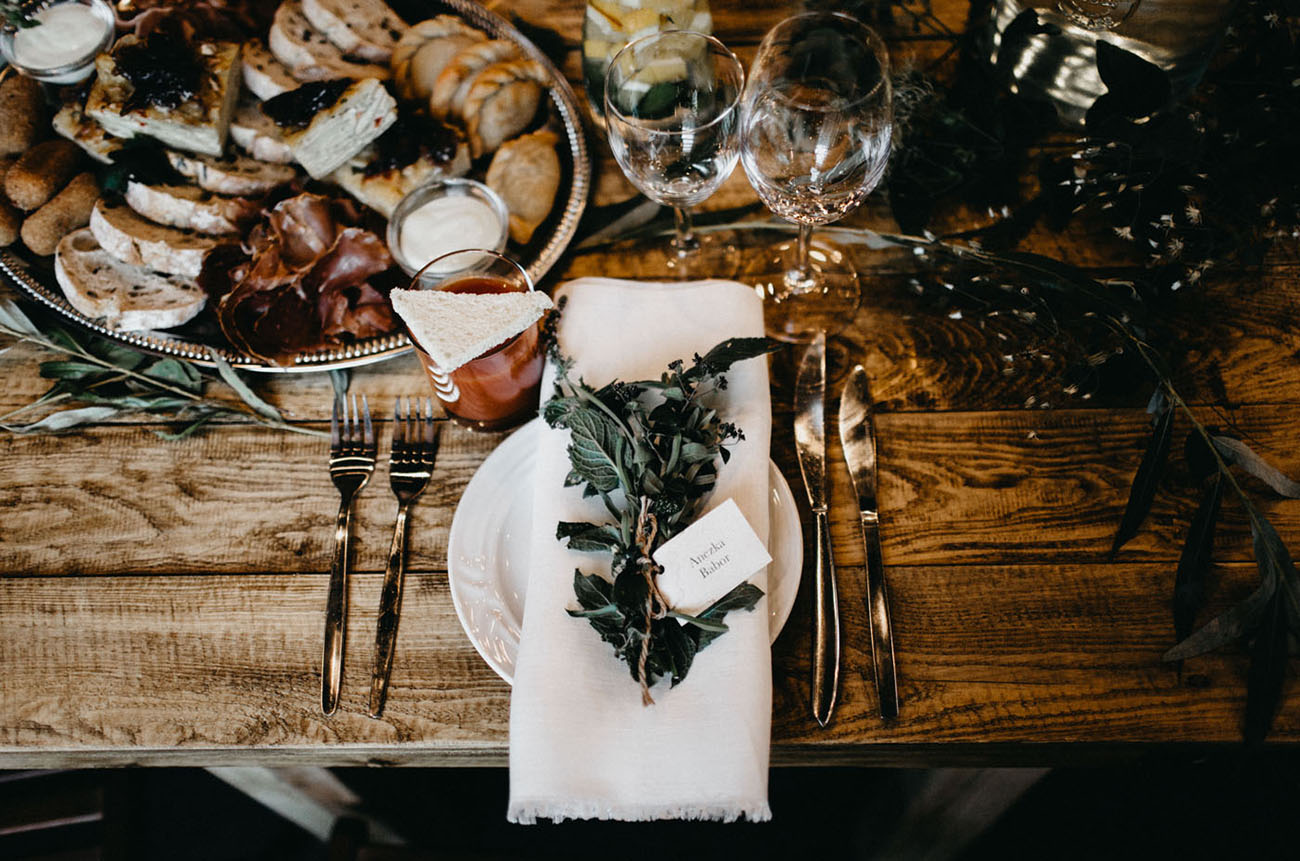 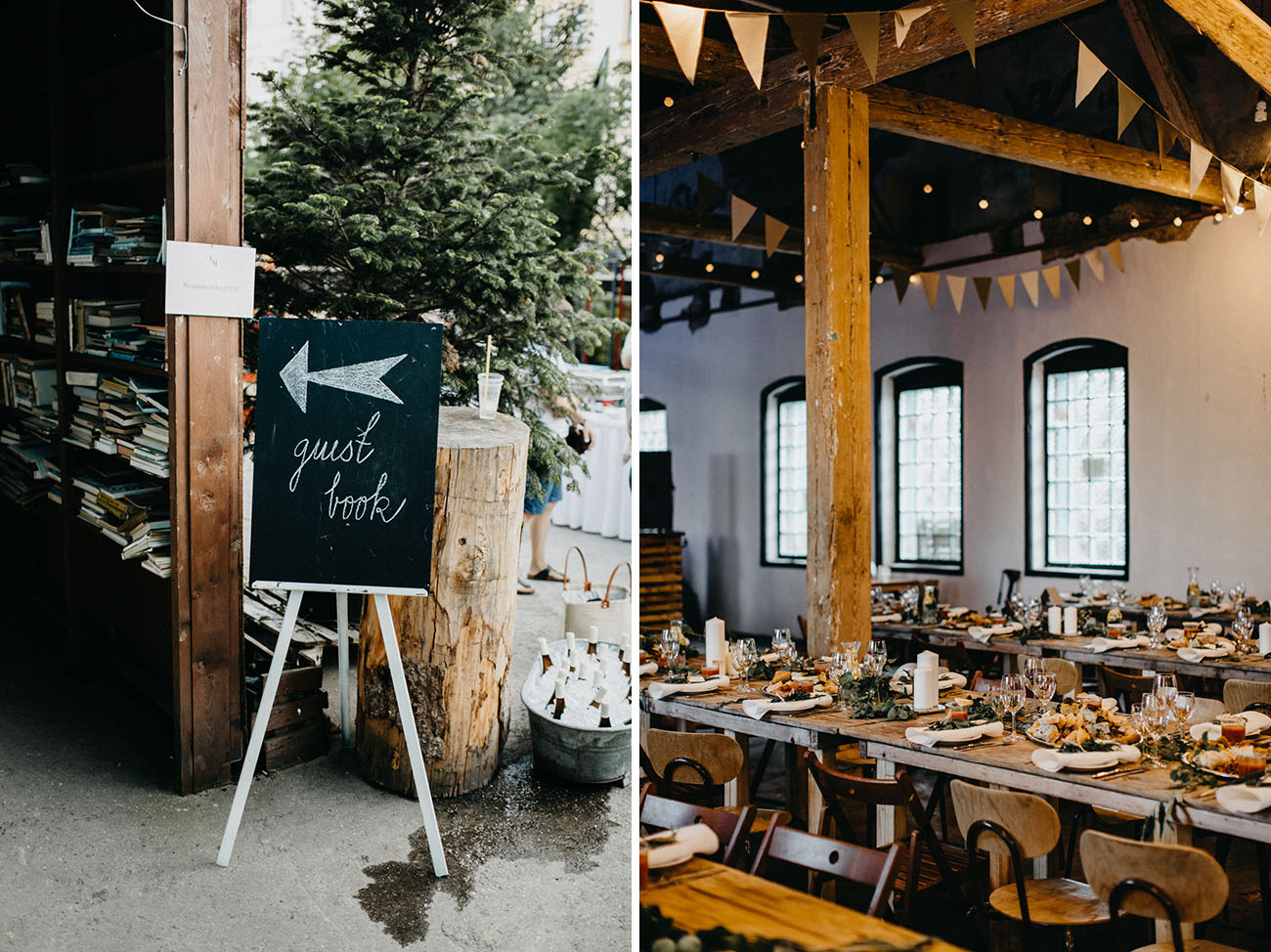 So, what do you think about having a wedding at an abandoned train station? Pretty cool, right?!