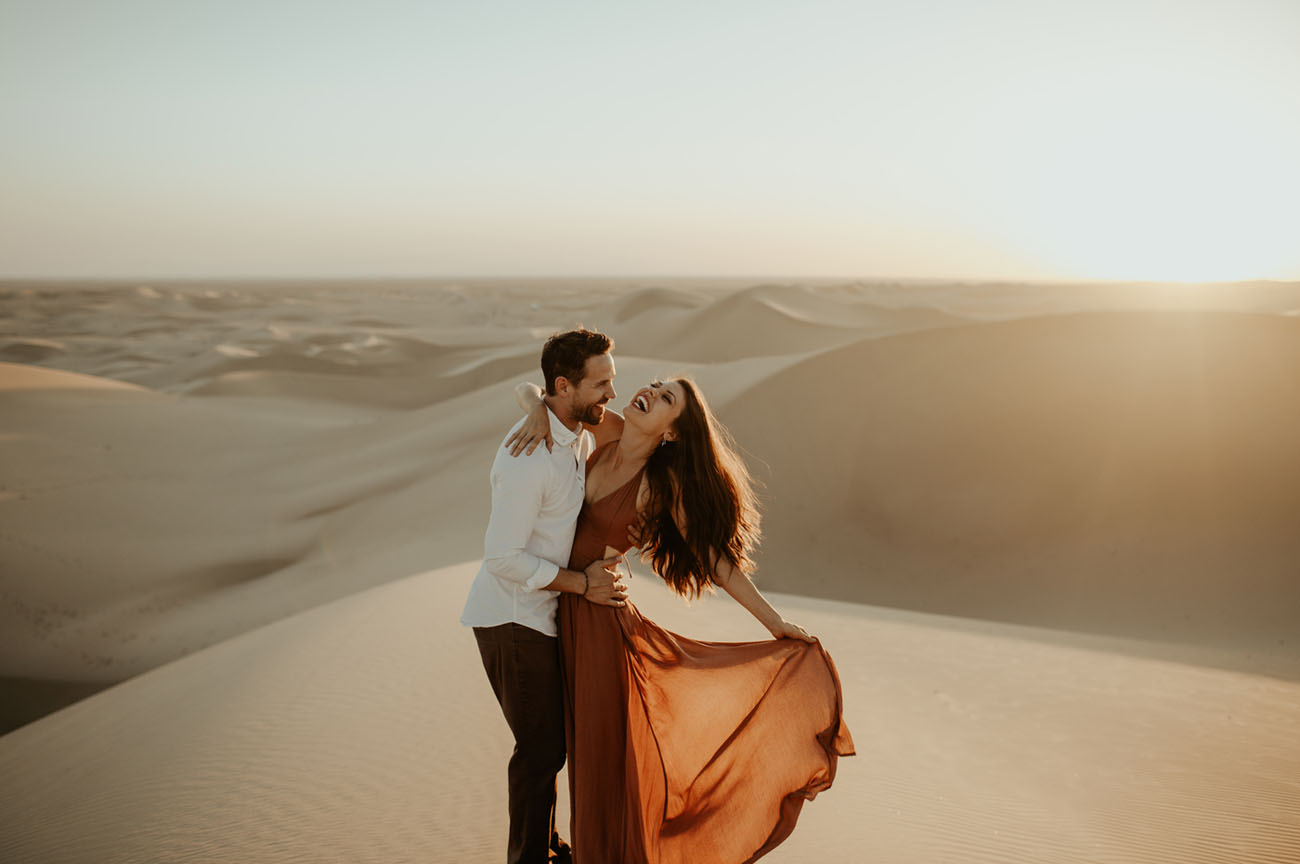 While the track record for couple’s that meet on the Bachelor isn’t a 10/10, those that endured the dating madness and eventually meet after the show seem to fare far better! Take for instance, Britt Nilsson, the gal that stole everyone’s heart on Season 19 of the Bachelor (with Chris Soules). Once the buzz had settled and Britt realized Chris was definitely NOT the one, a mutual friend set her up with Jeremy, affectionately known as Jer. Actually, let’s back-track a bit, prior to them even meeting — they exchanged a series of letters, then went on a date (and sparks flew!).

The duo actually JUST got married (congrats!!) but before the wedding they wanted to capture their engagement with some gorgeous photos of their love – with some quintessential Southern California vibes. The day started with a mini-date around Mission Beach in San Diego (bike riding and coffee – yes, please!), then Britt, Jer, and their photographer, Triniti Jensen, headed out to the Imperial/Algodones Sand Dunes.

Ready to be swept away? Let’s take a peek at all the SoCal magic… 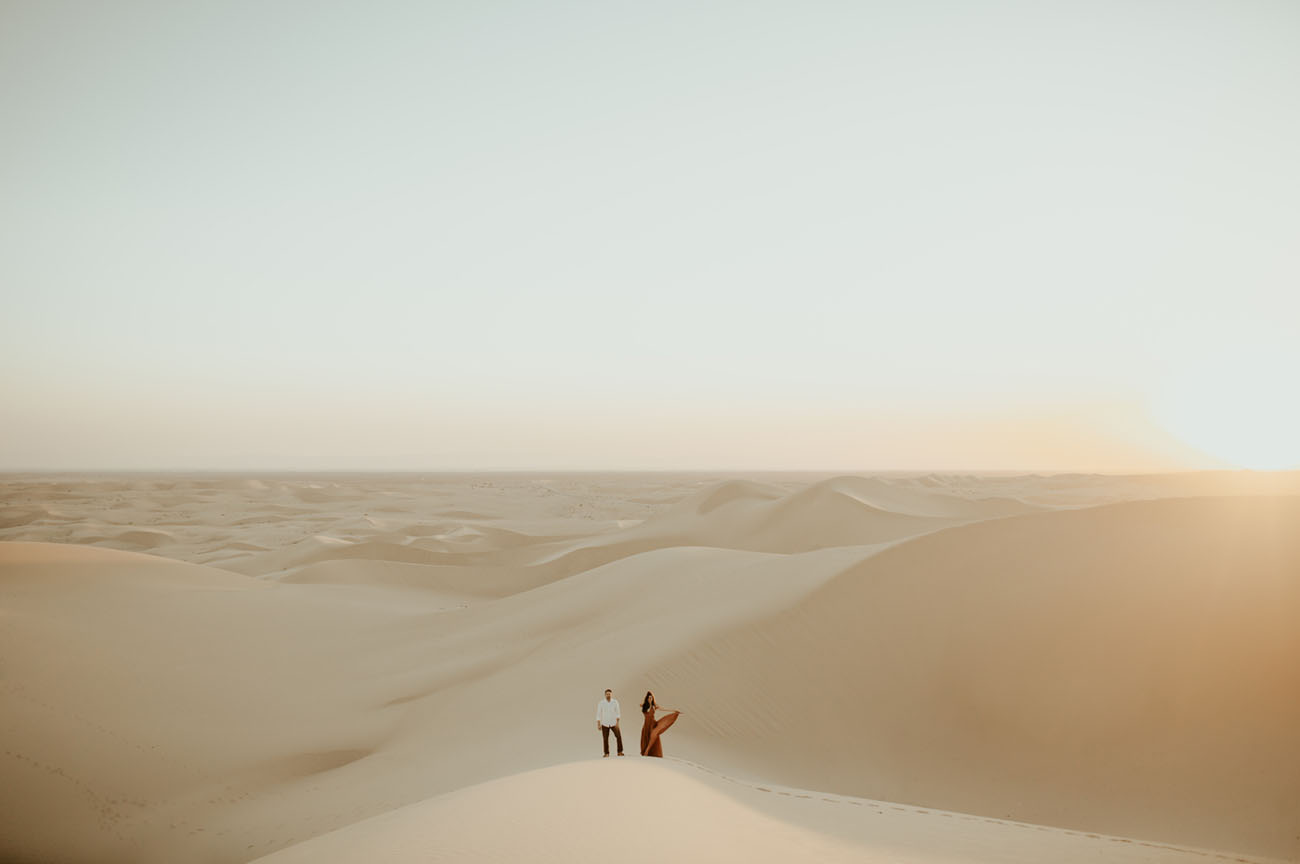 Miles and miles… as far as the eye can see. Talk about an epic backdrop, right?! 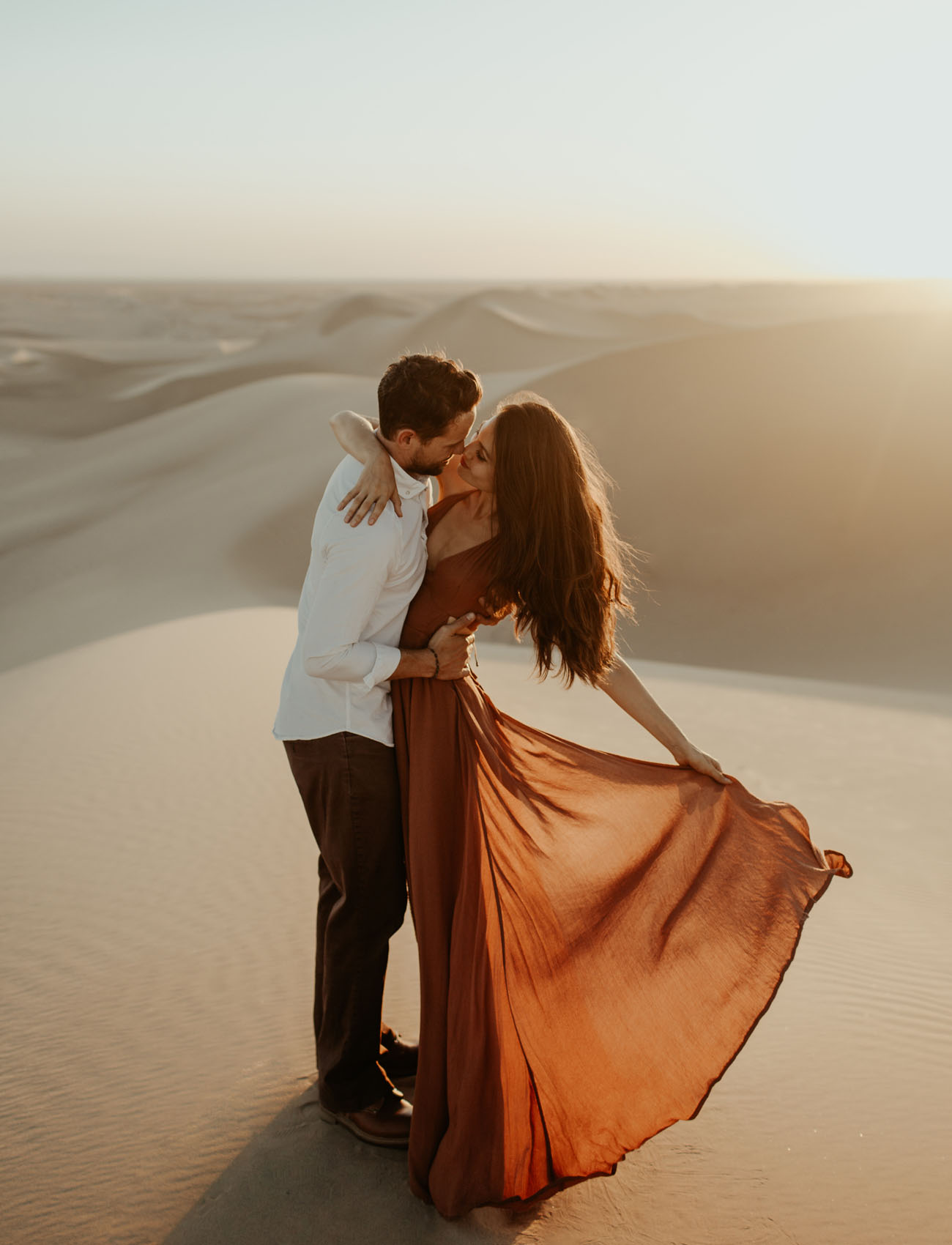 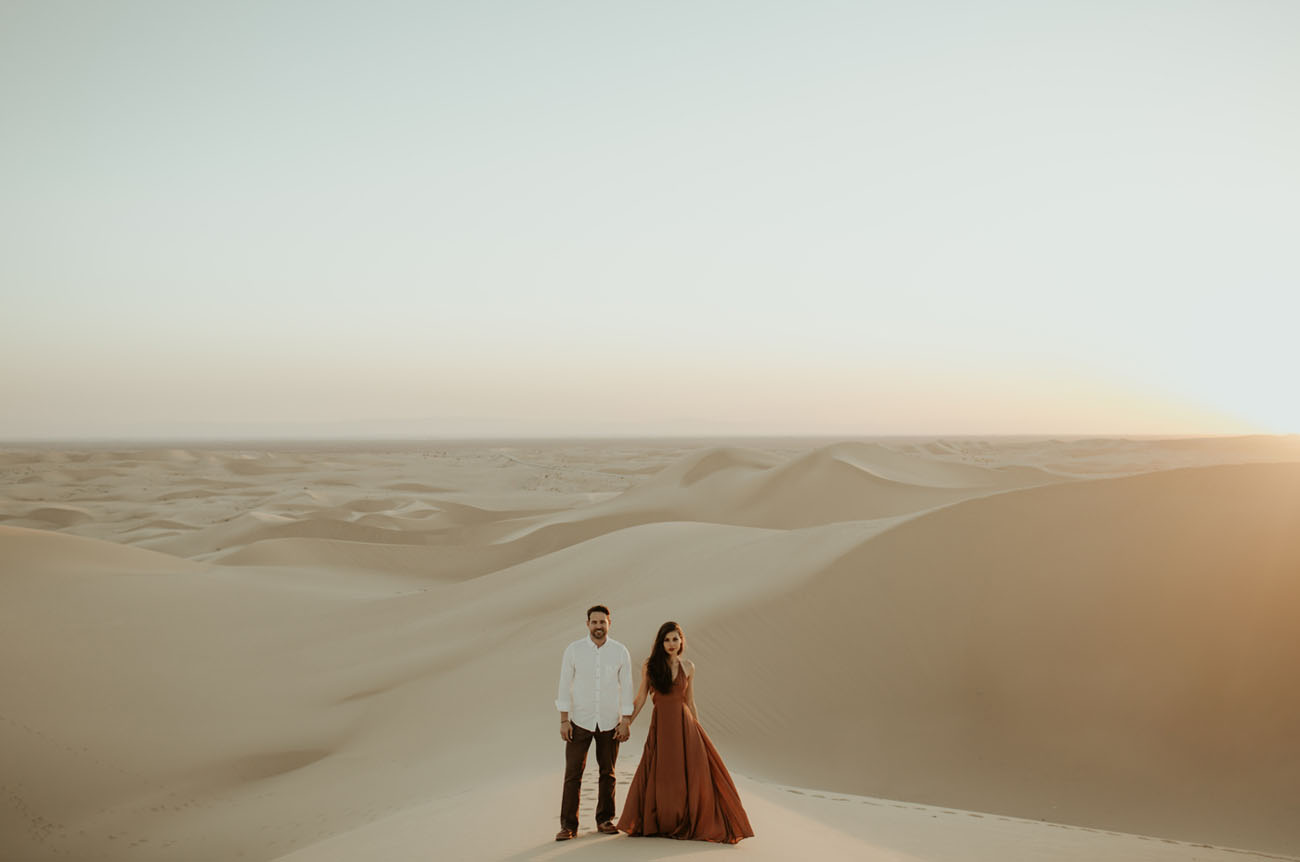 Going for earthy tones to complement, yet pop, against the sand, Britt donned an orange dress from Free People. 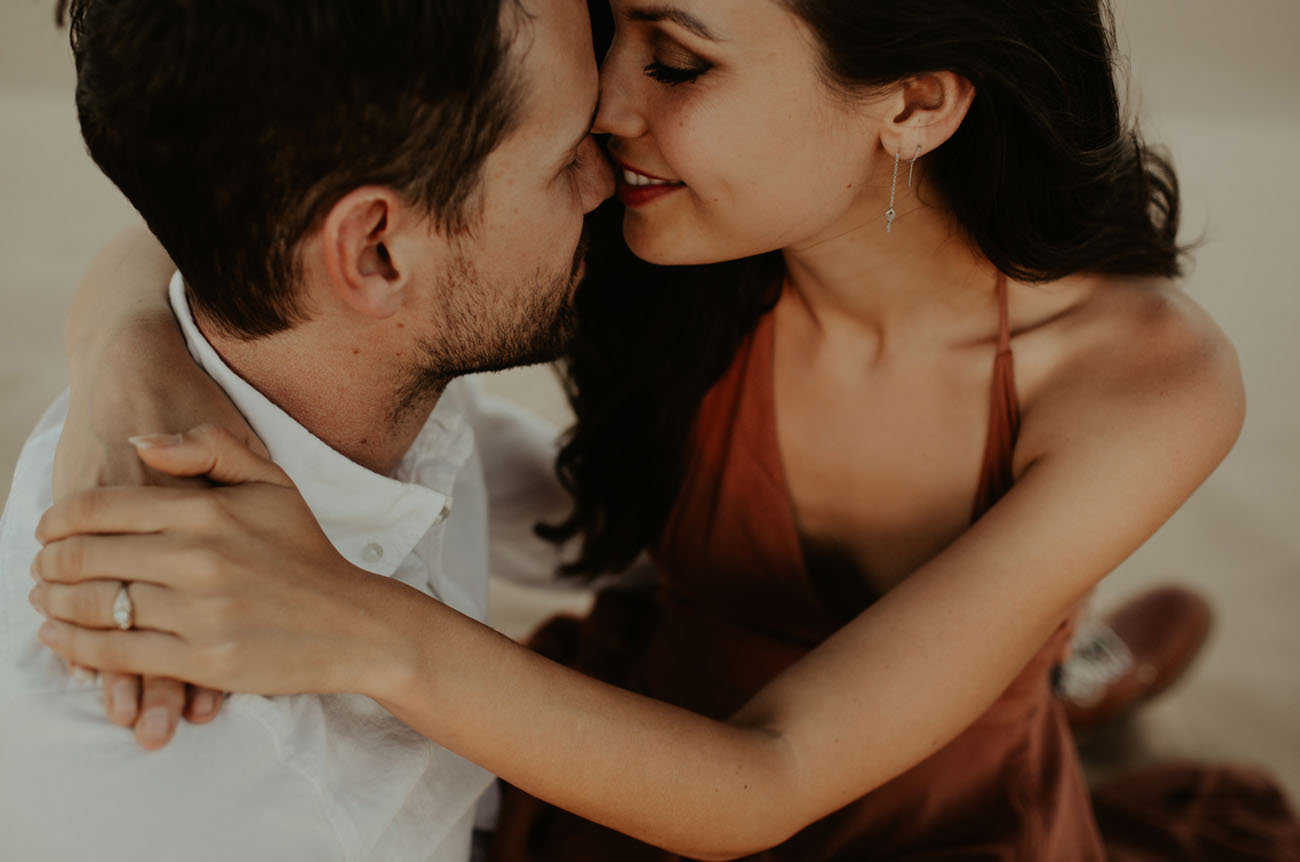 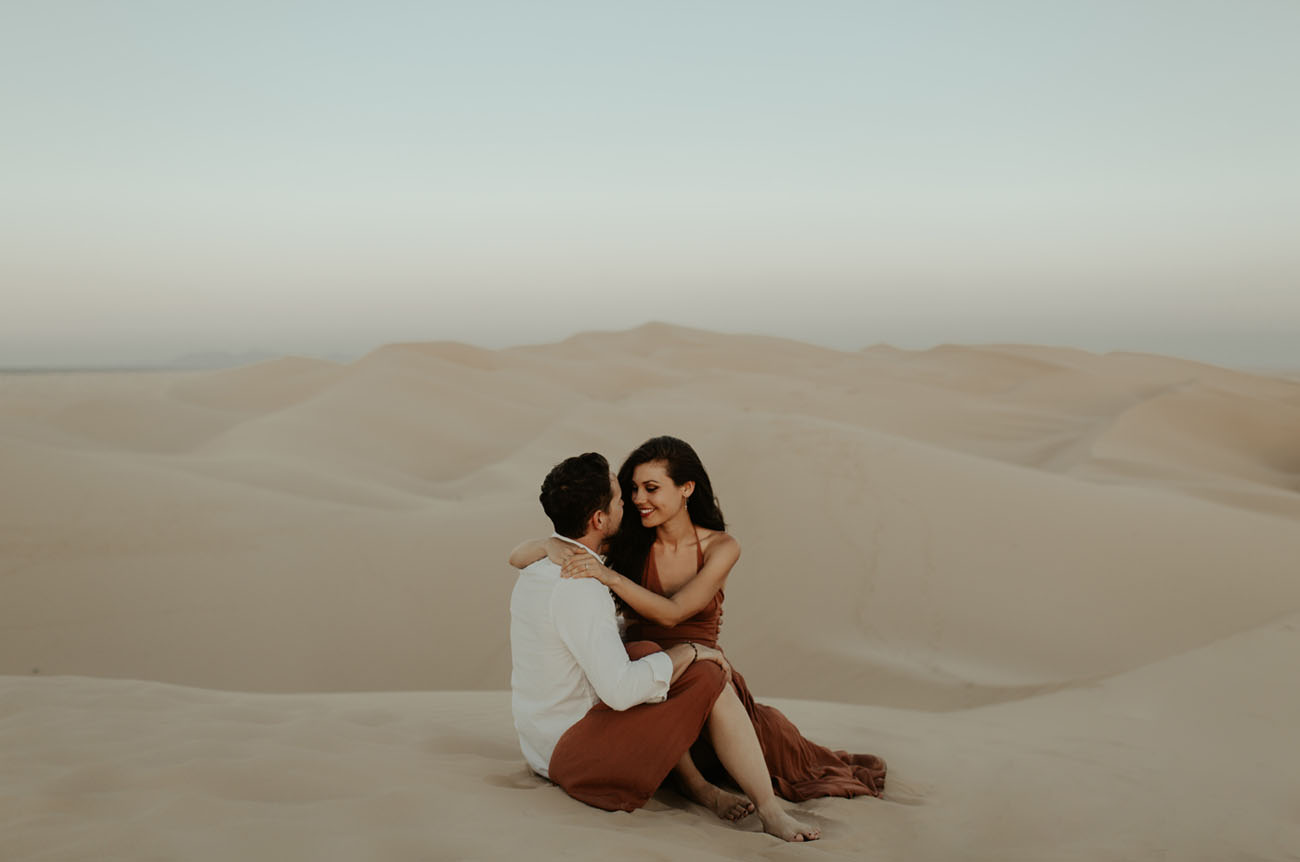 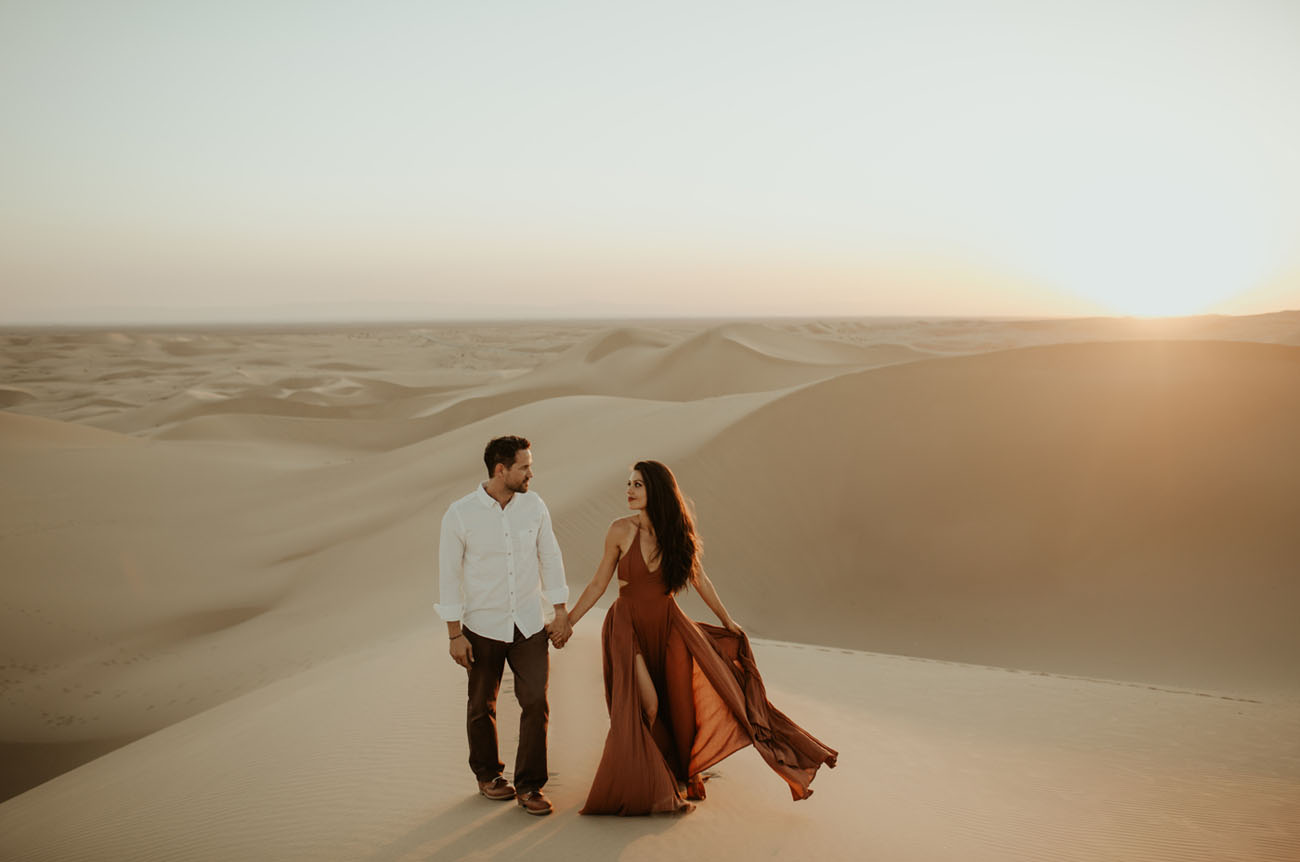 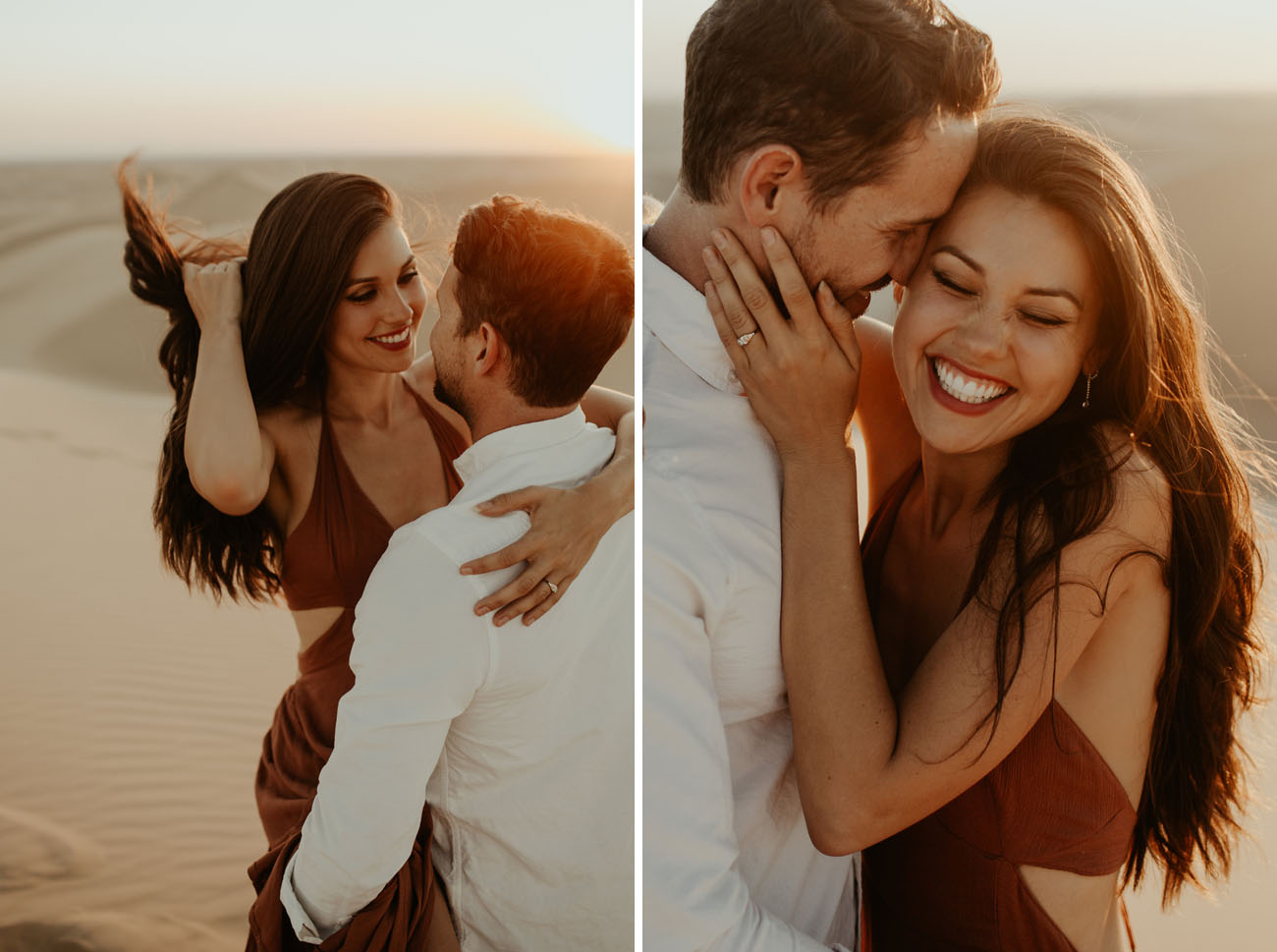 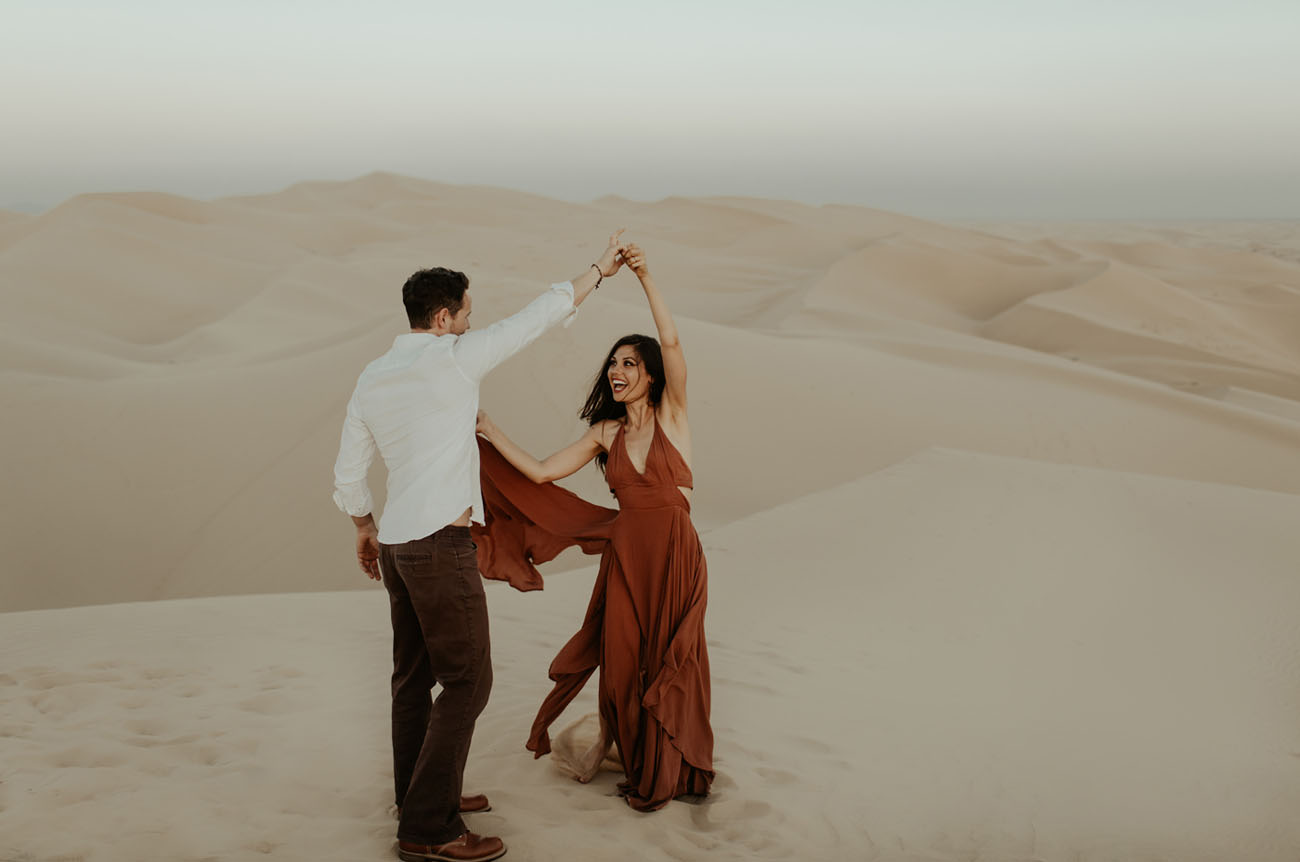 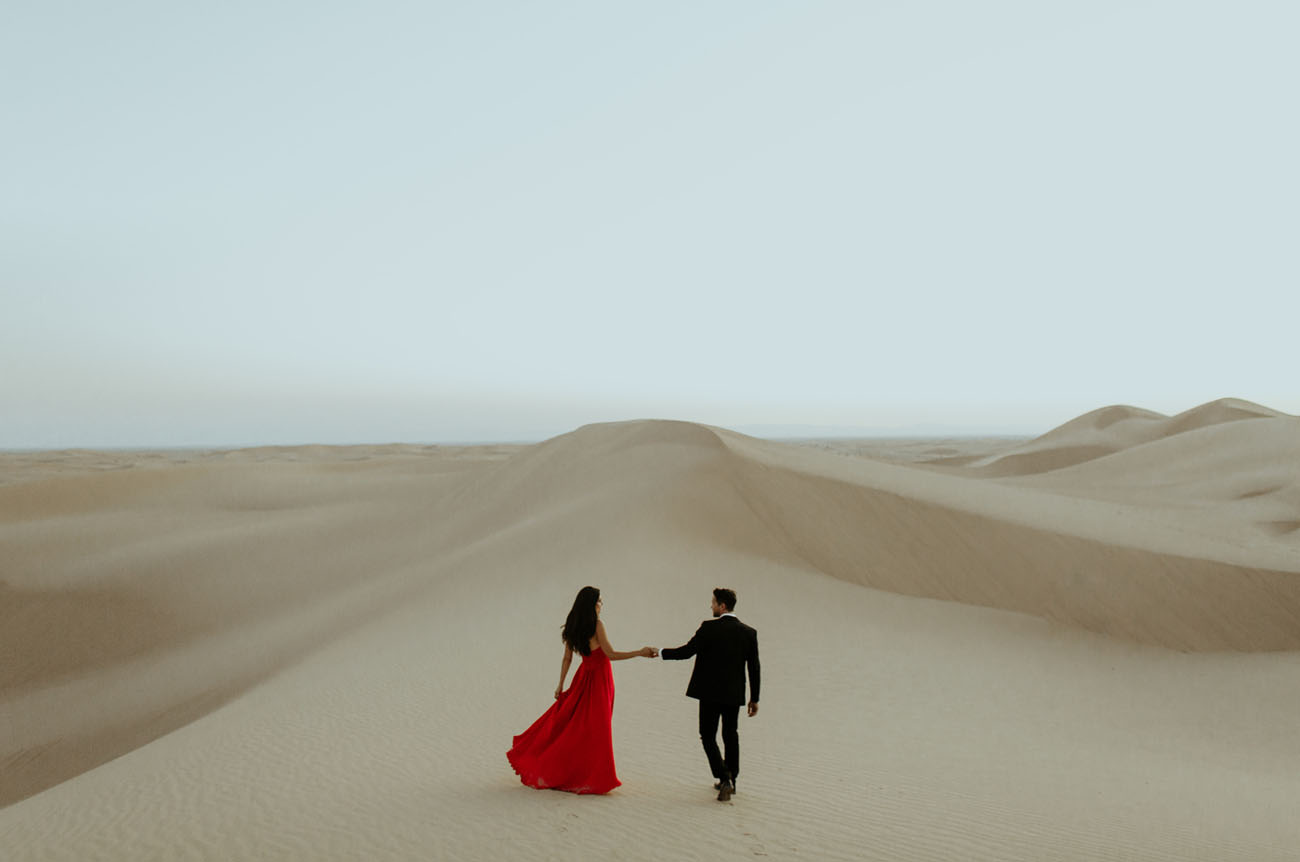 As they settled into their surroundings and the light started to fade, the two switched up their outfits for a more sophisticated and elegant look. What a way to POP against the dunes, right?! 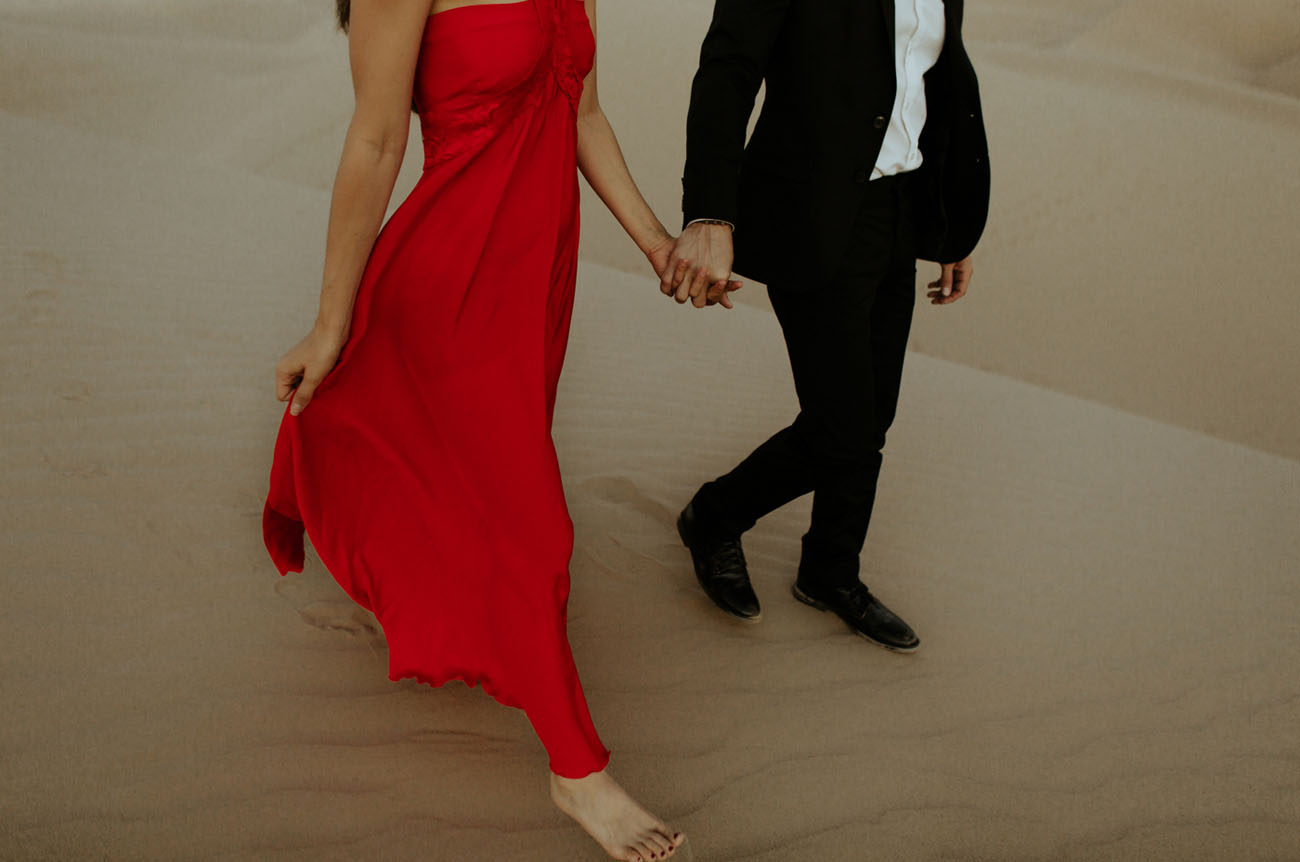 Trinjensen Photography spills: Jeremy and Britt both love In-N-Out, so we ended the evening with a late night meal of cheeseburgers and french fries. 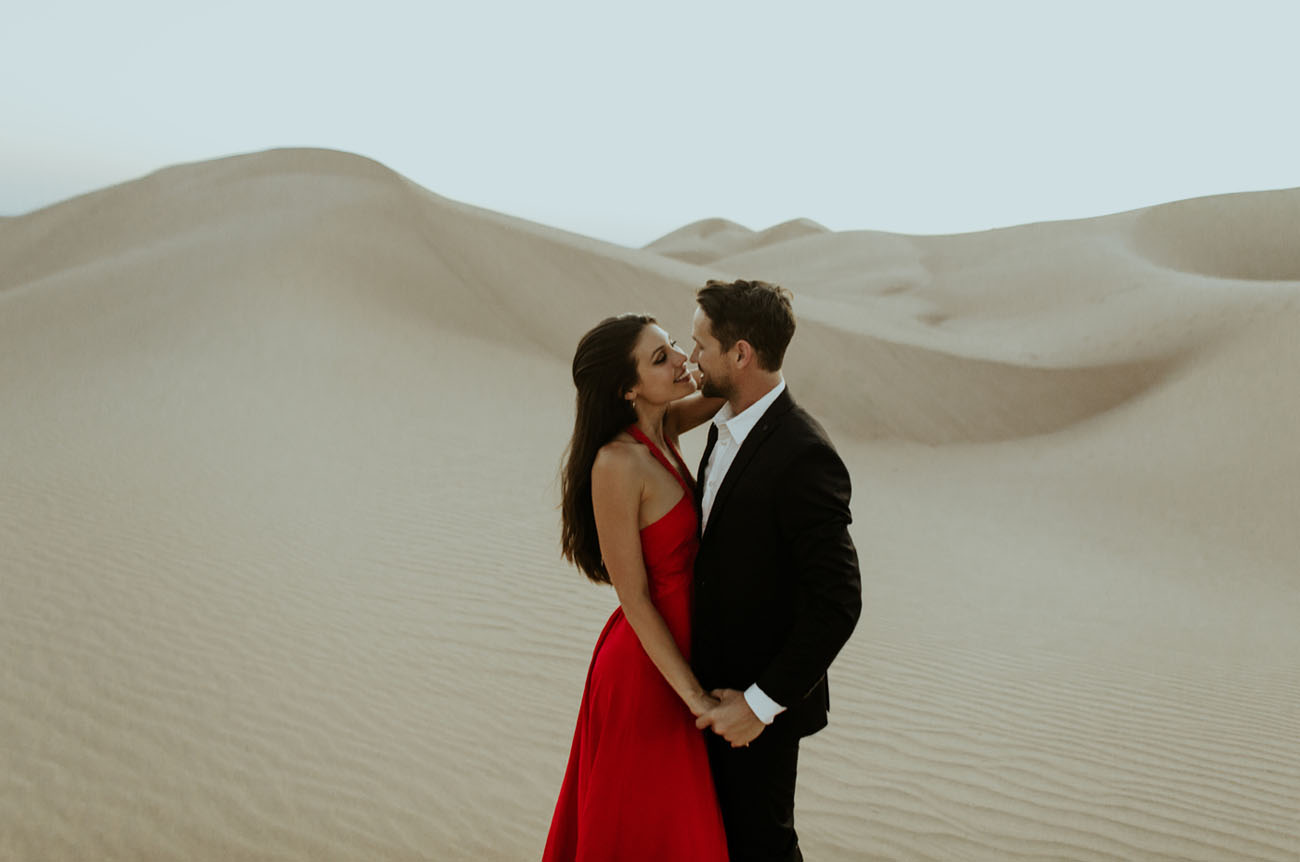 “I’ve got my red dress on tonight…” Anyone else have Lana Del Rey’s voice playing in their head? Talk about magic!!

And for those that want an inside scoop into how Britt + Jer met, take a peek at their sweet little vid!