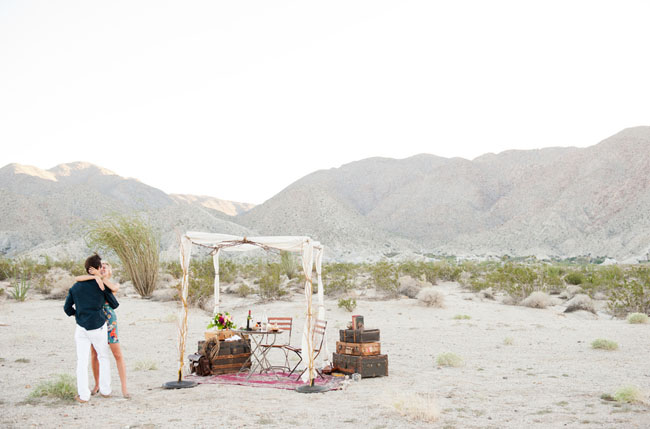 I love proposal stories! Don’t you lovelies also?! It doesn’t matter how small or elaborate, I love them all. But this one sent over from Taylor is pretty special. I’ll let Taylor share his proposal with you all…

The story begins about one month before the big day. With the help of Emily’s best friend Shelly Laughlin I knew exactly what ring Emily liked. So I sold my motorcycle and had the ring custom made. From that day on I began brain storming and soliciting favors from everyone I could think of to create a memorable proposal story. Having worked as a wedding photographer for the past 8 years in San Diego, I had no shortage of talented friends from the industry willing to help me out. All the while, though hopeful, Emily had no idea what was coming, thinking I could not have possibly scraped together the cash to buy a ring yet. Emily and I love traveling and being outside so I wanted the proposal to have an element of adventure, somewhere private, remote and outdoors. To that end, naturally, I sought out my former roommate and pilot friend, Jason Adams. He pointed me toward a small airstrip that he could fly her out to in Anza Borrego called “Augua Caliente”. Being a photographer myself, I wanted the light to be just right when I asked the big questions, so I did a little “Google Earth recon” to find out exactly where and when the sun would go down to plan accordingly. 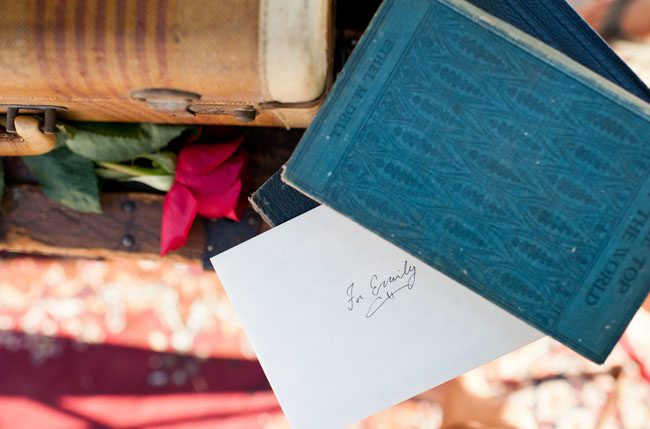 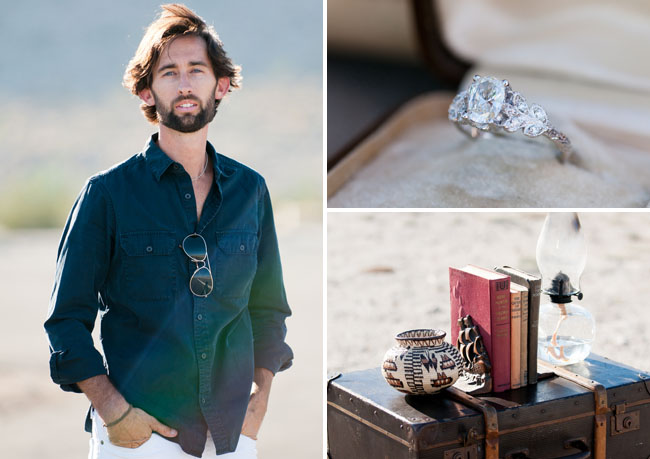 A few days before the big day, I ran into my dear friends Jesse and Becky of Limelife Photography, who knew that I was planning on asking Emily soon. As soon as they heard my idea, they graciously volunteered not only to document the event but also to drive out with me, help set up, then break it all down and drive my car back to San Diego so I could fly home with Emily. I seriously could not have pulled it off without them! 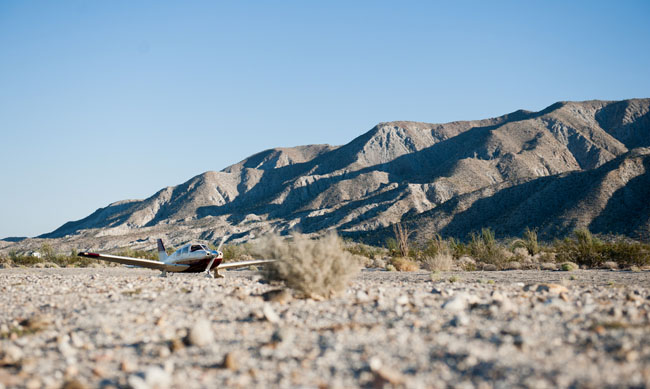 Since we already had plans to go out on a “nice date”, Emily was completely unsuspecting when I told her to “wear something nice” and be ready for me to pick her up. However, I think she began to get a little suspicious when, in order to comply with FAA regulations, I had to ask her to wear “close-toed shoes”. While Jesse, Becky and I were all out in the desert setting up, Arturo the Limo driver arrived at Emily’s house to pick her up… 20 minuted early. Understandably, she was not yet ready. Having just hopped out of the shower, she was startled by the sudden knock on the door. After peering out the window and seeing Arturo out front, Emily at first just thought, “who is that strange guy in my front yard” and locked the door. Hearing the turn of the lock, Arturo called out, “Emily? I am a friend of Taylor’s… I am here to pick you up!”

Fortunately, I had given Arturo a small box with two letters I had written to Emily with flowers and a picture of us which helped affirm that he was in fact sent by me. As soon as Emily got in the Limo and read my first letter, she began to get nervous, daring to think that she might be getting engaged (she was not yet convinced). After arriving at Gillespie Air Field, Emily was escorted to the plane by Jason, the pilot. As Jason was under strict orders not to tell her a thing, Emily was at a loss for ideas as to where she might be going. Santa Barbara? Too far… LA? What could possibly be in LA? “No, we are going east…”, she thought. “Julian? Nope… there it goes!” 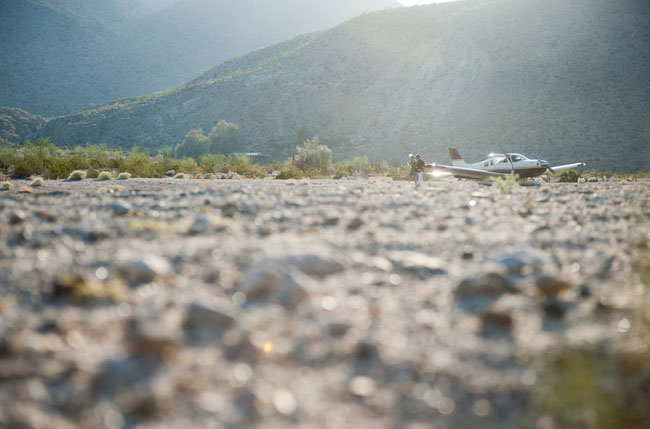 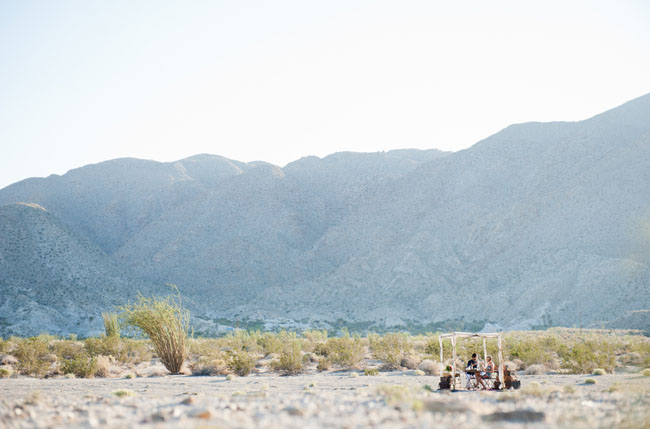 At this point, having changed clothes and completed the finishing touches on my set-up, I began to feel the nerves. Since my cell phone did not work out there I was just praying that she got in the limo and that everything was going according to plan. I had no back up or way of knowing if there was a problem! Then I saw the plane coming over the hills. Jason flew by and waved a wing at me, signaling that it was him. As the plane landed I was standing next to the canopy by the airfield with a big smile on my face. I could see Emily laughing as they taxied by.

At this point, Becky and Jesse were hiding in the bushes, snapping away, while I walked up to Emily to escort her to our “private dinner” where a nice Malbec and cheese board were waiting with Flamenco music playing in the background. Hoping to draw it out and enjoy the moment, I began casually asking her about her day and so on, as though we were just out on a “nice date”. Clearly she was suspecting at this point, but she was still unwilling to allow herself to give in to the hope that I was really going to ask. After about 10 minutes of small talk, my nerves could not handle it any longer. Knowing that I would have a hard time getting everything out that I wanted to say, and would probably forget half of it, I had the foresight to write out all that I wanted to tell her. 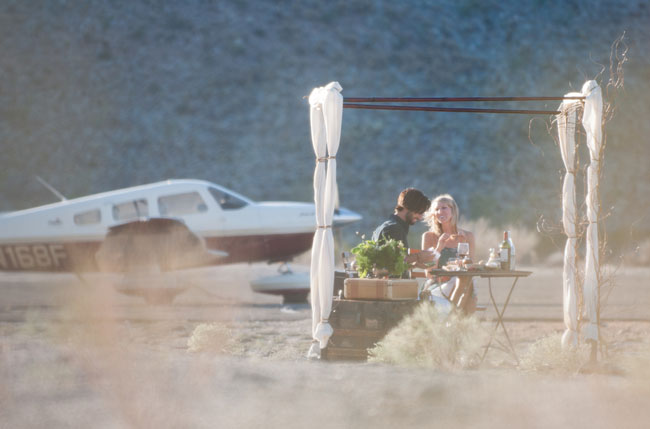 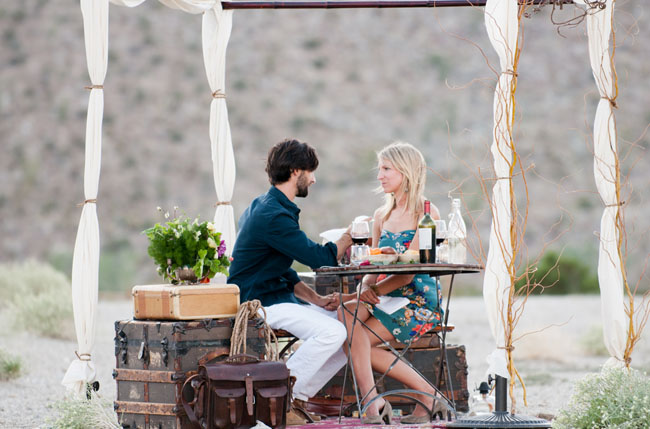 Reaching behind me, I pulled out the final letter and began to tell her all the reasons why I love her and how much I appreciate her. I could see her tearing up as my words wavered toward the end of the letter. I reached back again to reveal a small, antique ring box. Then taking her hand, I led her around to the front of the table (perfectly lined up for the best camera angle of course), got down on one knee and asked her to marry me! She was already laughing and crying when I opened the box to reveal the exact ring she had dreamed of, with a much larger stone than expected. Her surprised look and overwhelmed expression of joy was all I could have ever hoped for! And so, she said yes and off we flew into the sunset and our new life together! 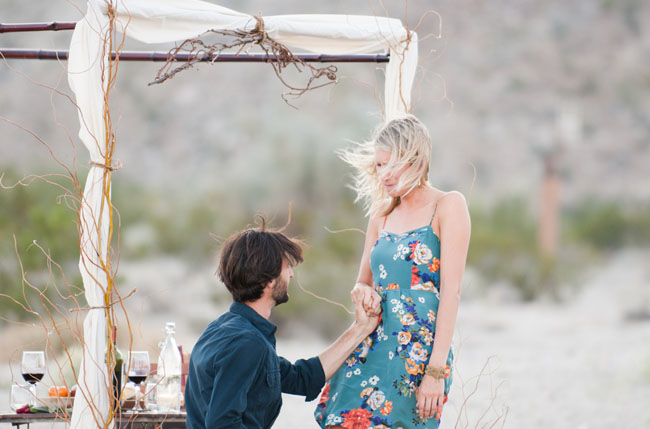 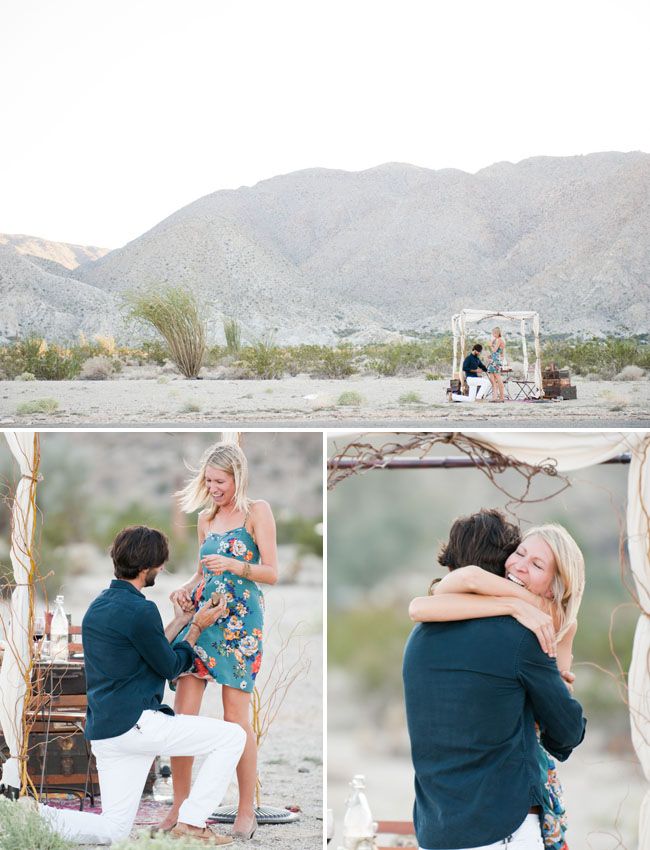 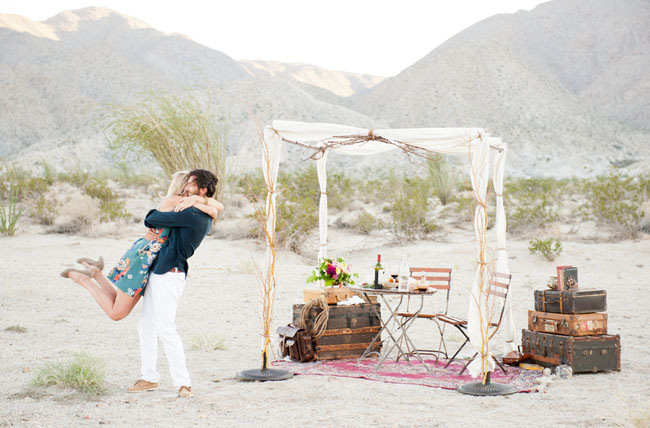 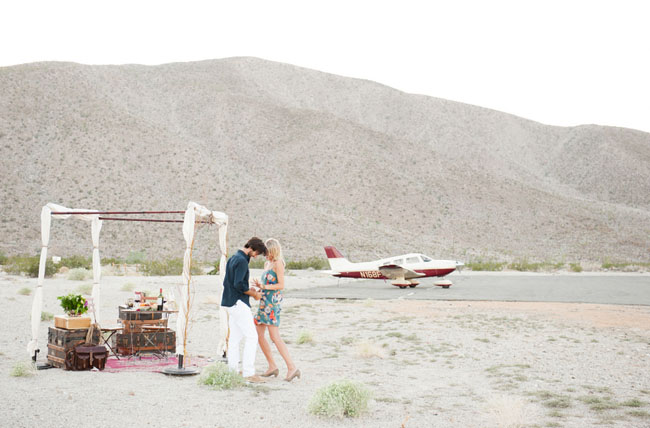 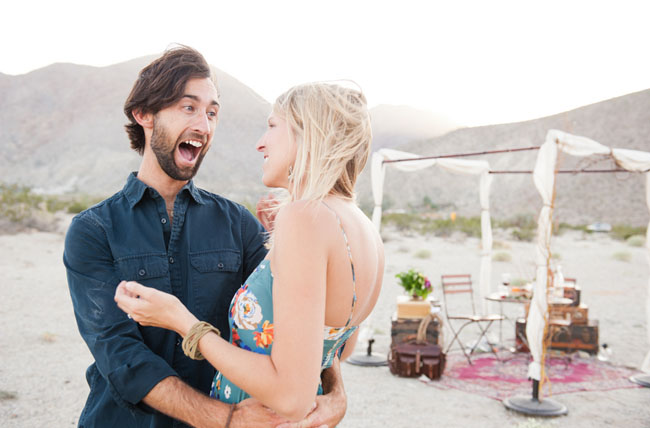 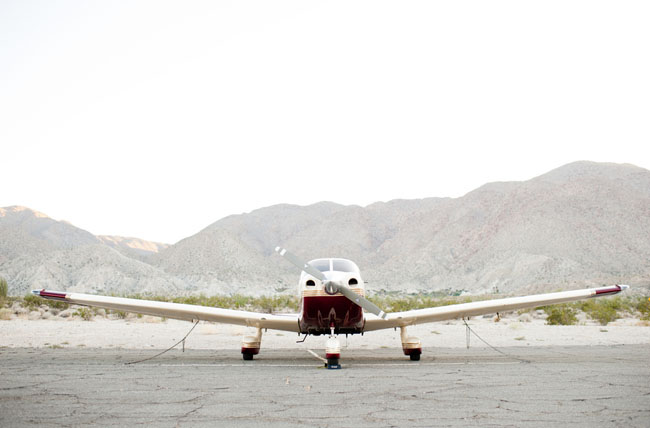 Biggest congrats to Emily + Taylor and thanks so much Taylor for sharing your proposal story with us! Such a memorable proposal and love that you have photos to remember this day forever!