Who doesn’t love Zooey Deschanel and Mad Men?! I know I’m a huge fan of both so when Sofia of Brancoprata sent over this fun inspiration shoot she styled, I knew it was perfect to share with you lovelies! So, here’s the inspiration behind the shoot – what if Zooey Deschanel (actress + singer of the band She & Him) and the fictional character Don Draper from Mad Men got married? Love it.

The 60’s give the tone for this inspiration in shades of gold, emerald + tangerine. The elegant invitation contains a fun application of gold vinyl. The vinyl material was was used in the menus and the words “She & Him” which served as a backdrop for the reception with glittery gold paper flowers. A scenario with minimalistic details and retro furniture, reminiscent of Sterling Cooper (advertising agency where the TV series unfolds). 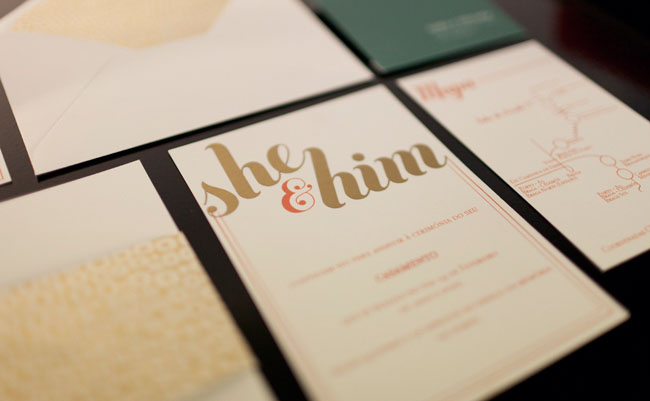 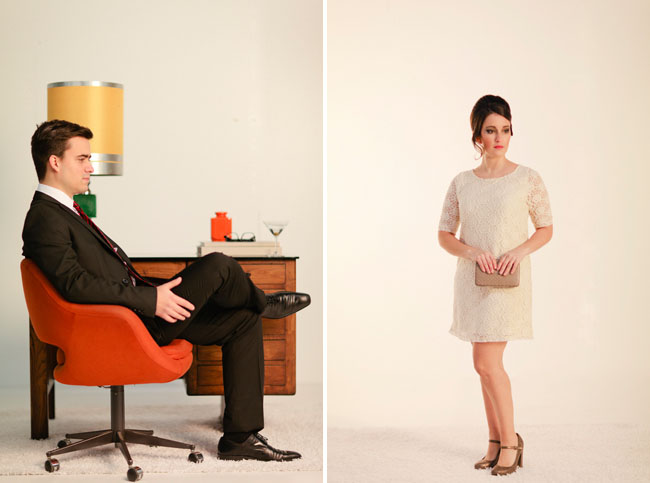 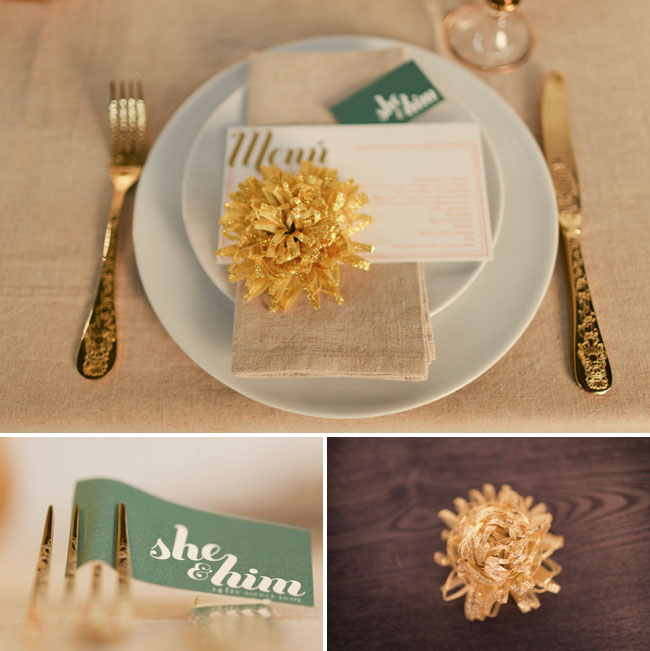 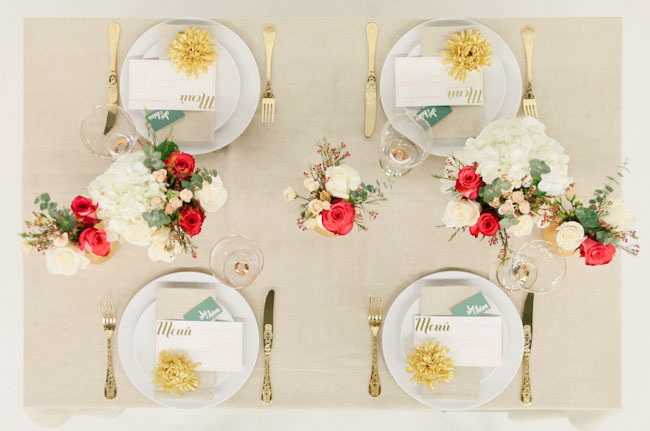 To soften the set they incorporated beautiful fresh flowers: two types of roses, hydrangeas, both in white and shades of tangerine, small country flowers and eucalyptus, placed in small pots on a golden linen, crockery and a fantastic, delicate gold cutlery that turns any dinner into an unforgettable moment. 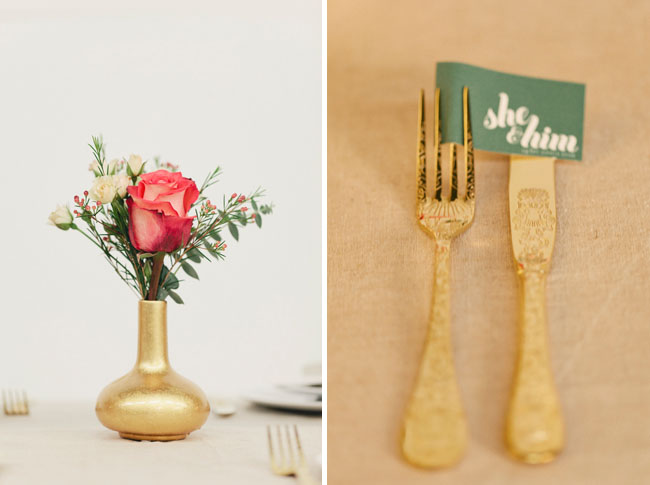 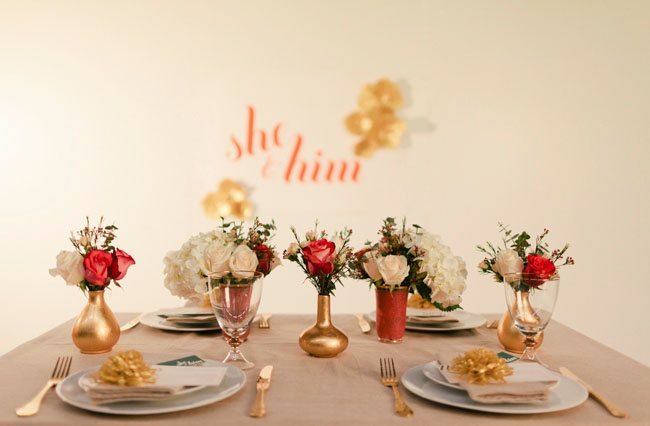 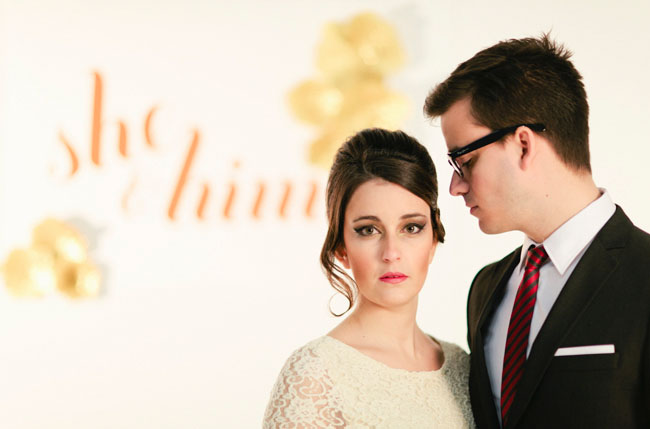 The bride has a trendy look very similar to the one girls had in the 50’s and early 60’s with spectacular make-up and a hair style that makes “our Zooey Deschanel” the image of the ’60s! The groom wears a tie with tangerine notes and a simple white handkerchief to replace a boutonniere. And the cute couple are married if real life – Brancoprata photographed their wedding last year! Thanks for modeling. :) 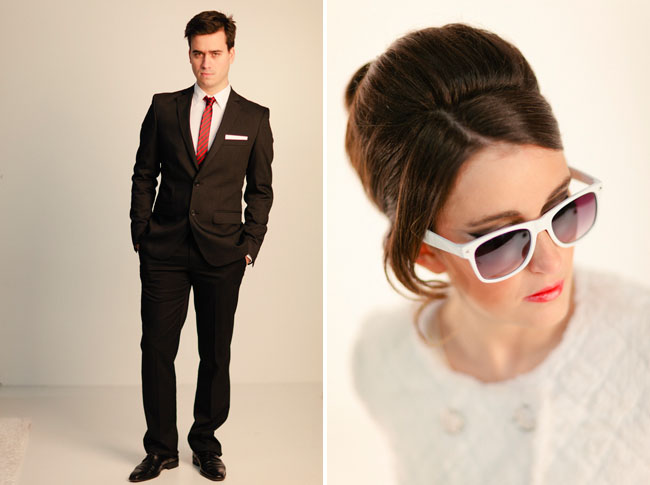 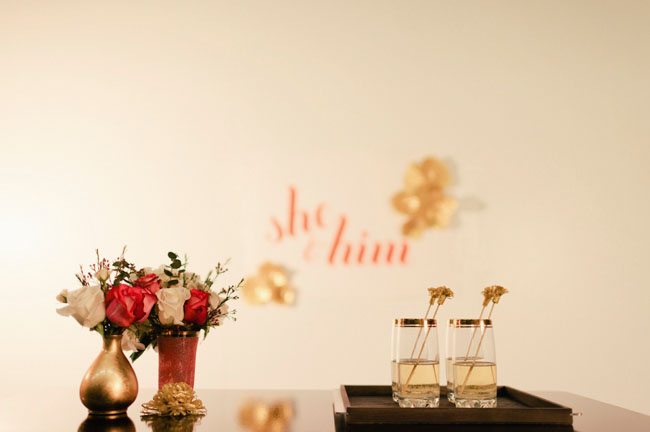 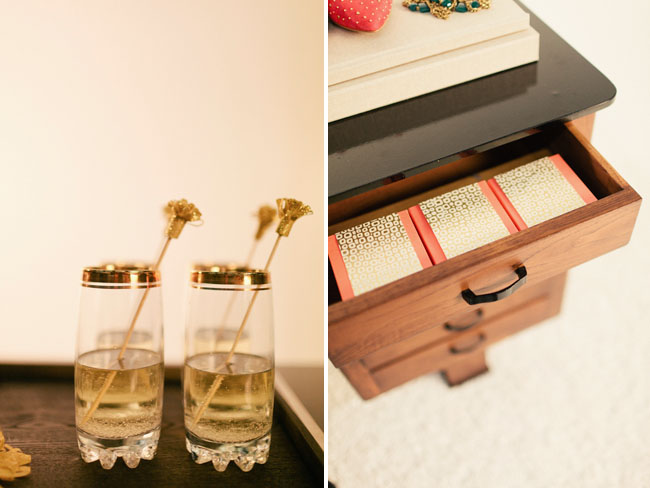 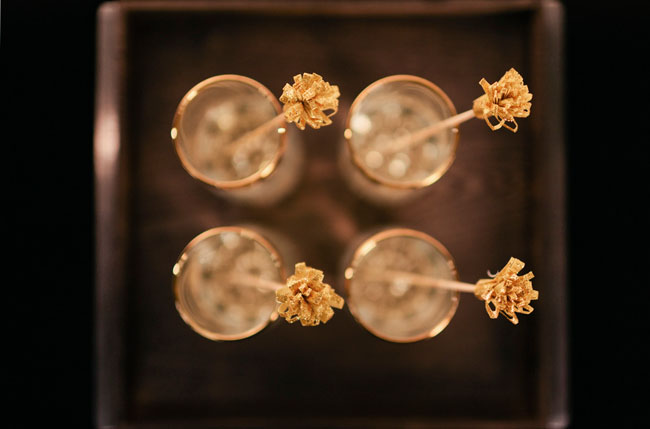 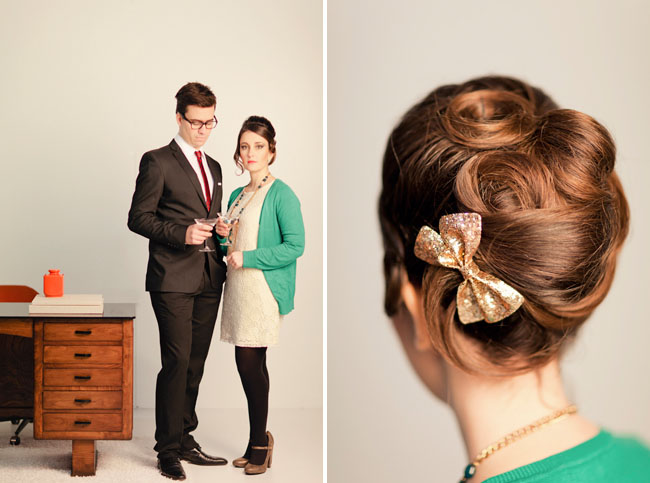 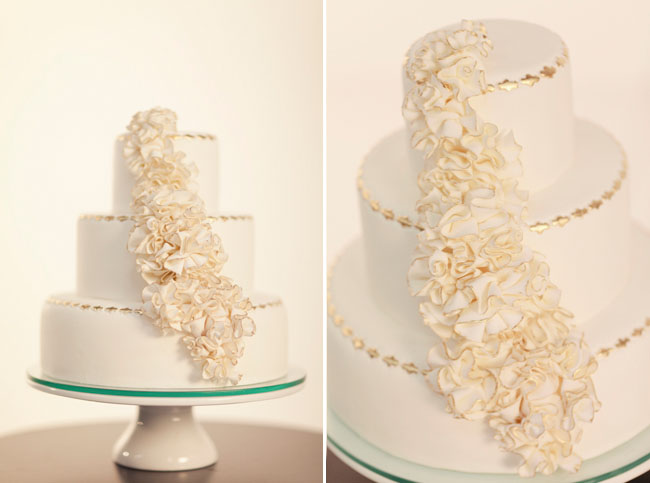