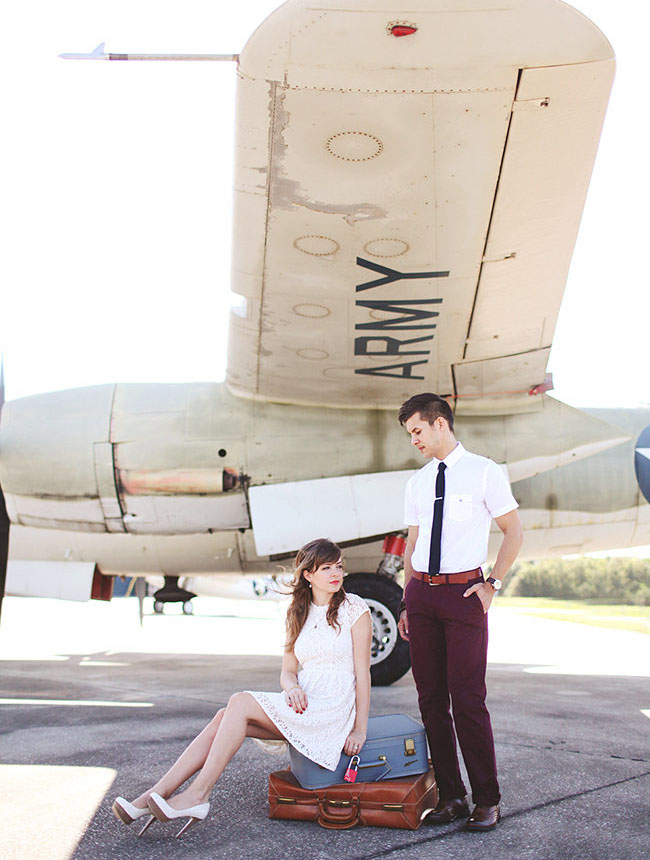 When Katie + Robert began thinking about what they wanted for their wedding, they quickly realized that rather than a big fancy affair, they wanted to run off to Paris + elope! (Um, you don’t have to convince us on that idea…totally perfect!) Once the plan was set, they realized their engagement images would prove to be more than just a fun photo sesh. They wanted to not only capture the excitement of this time in their lives, but be able to use the images as announcements to later let friends + family know they just returned from a romantic adventure overseas – and they also tied the knot!

Katie + Robert were smart to employ the talents of Vine & Light Photography, who did such an amazing job of capturing their love at Fantasy of Flight, an incredible Florida airplane hangar! Let’s have a look… 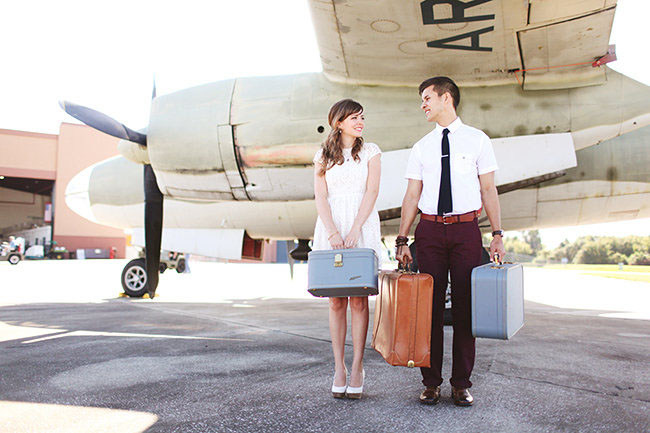 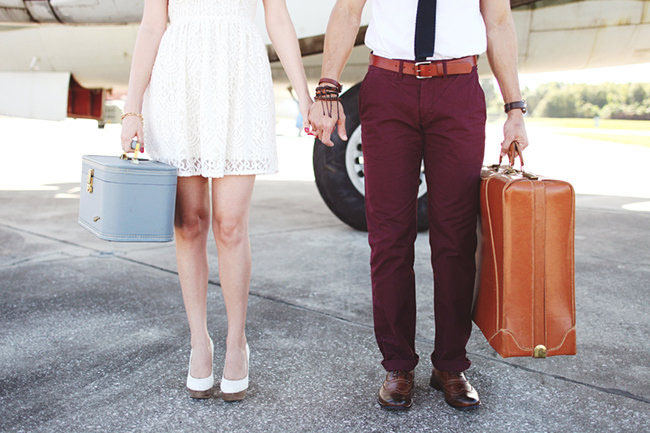 The vintage luggage was from a local thrift store + the luggage lock was custom made with Katie + Robert’s initials! 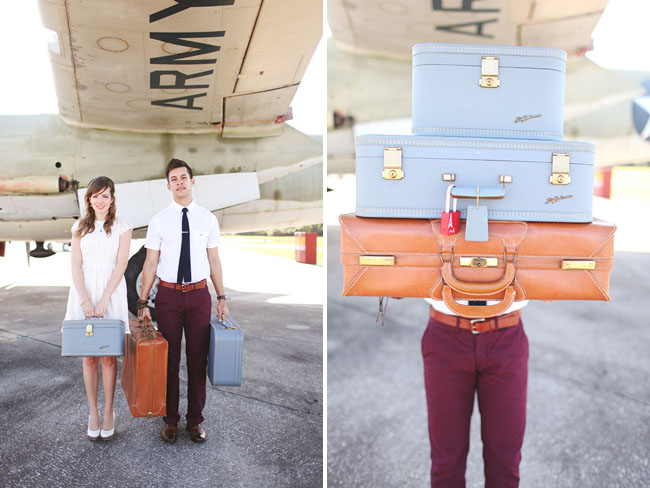 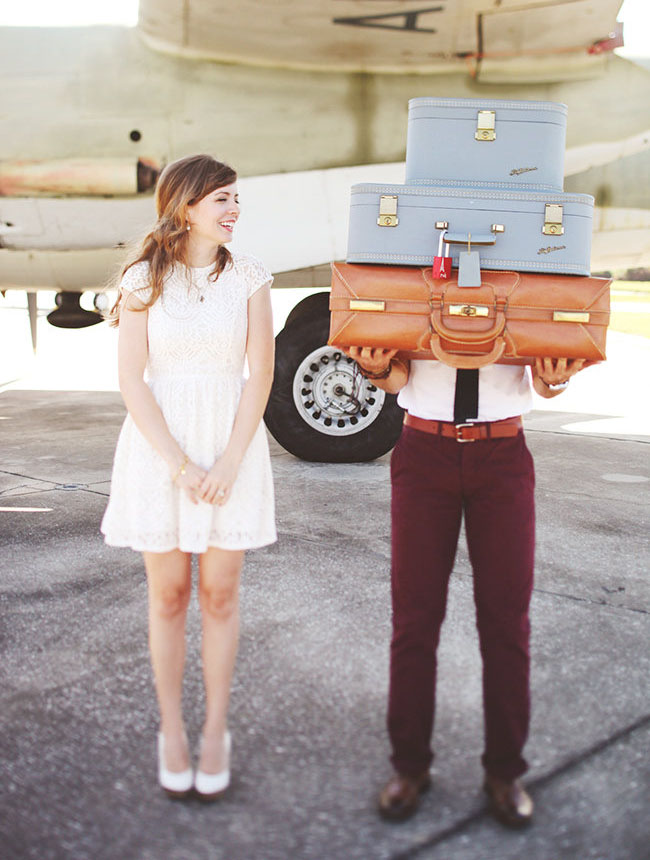 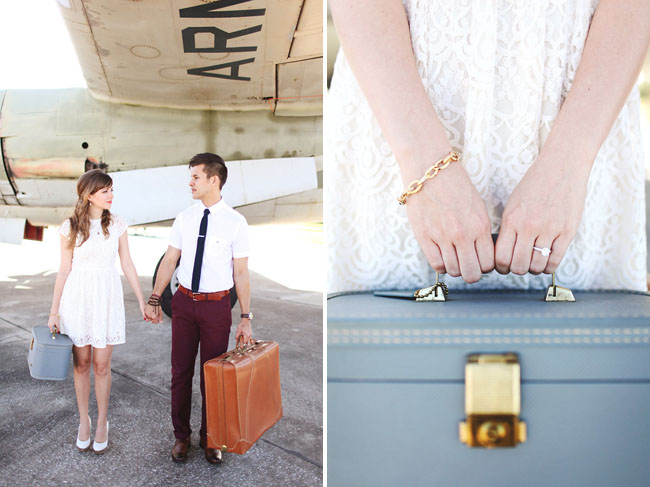 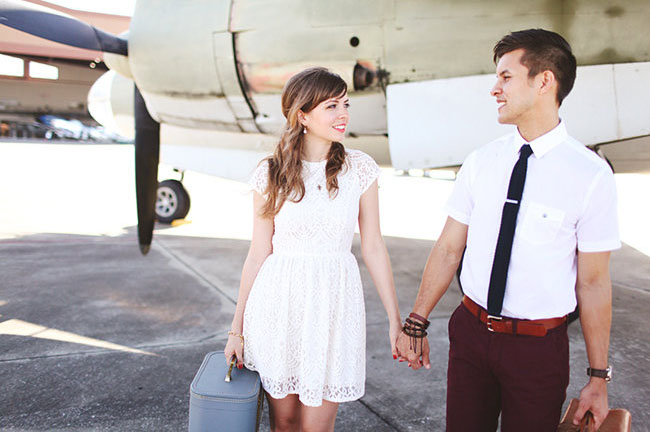 These two are the cutest! 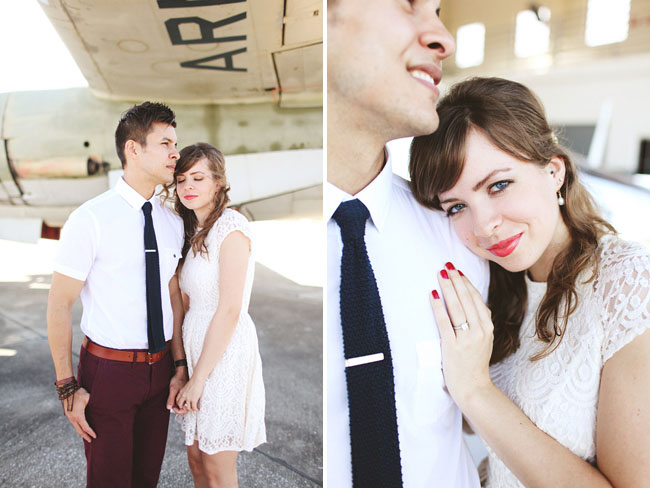 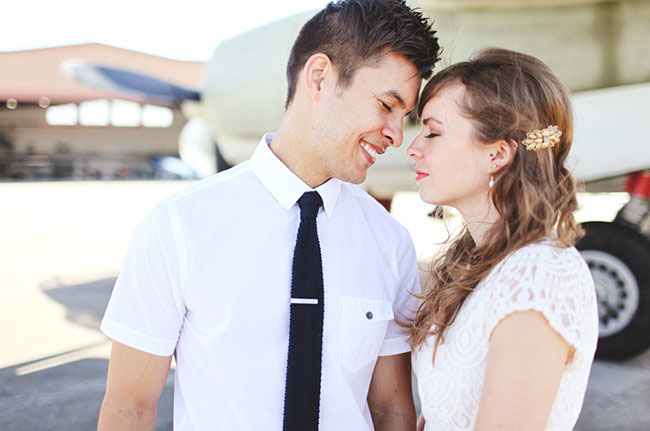 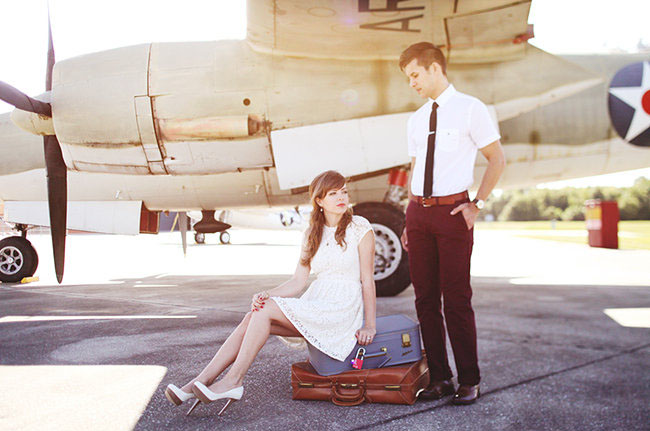 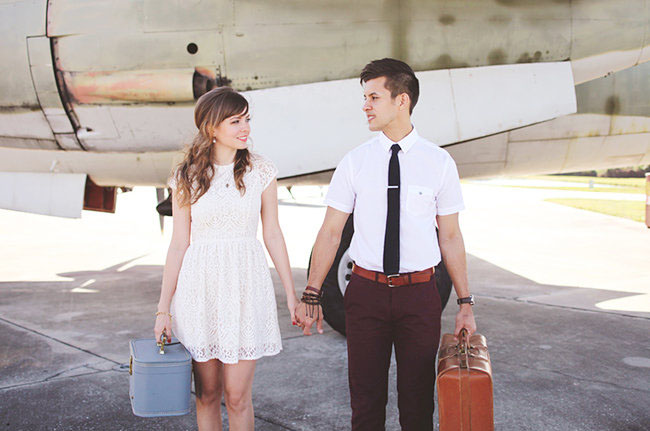 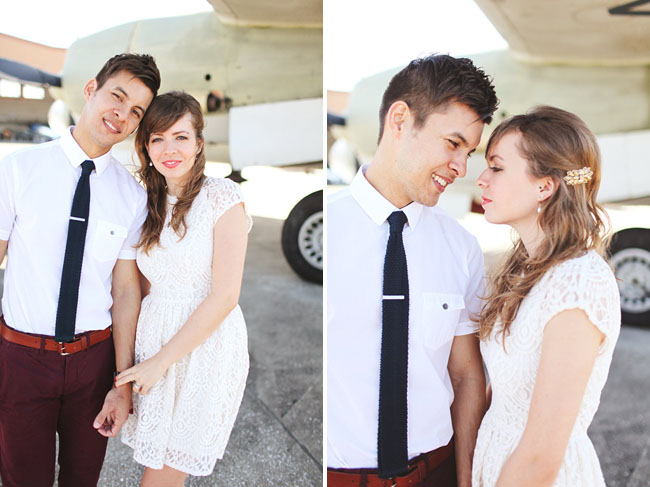 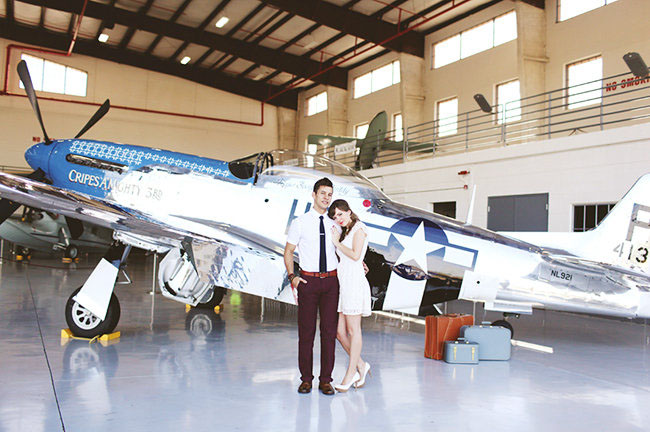 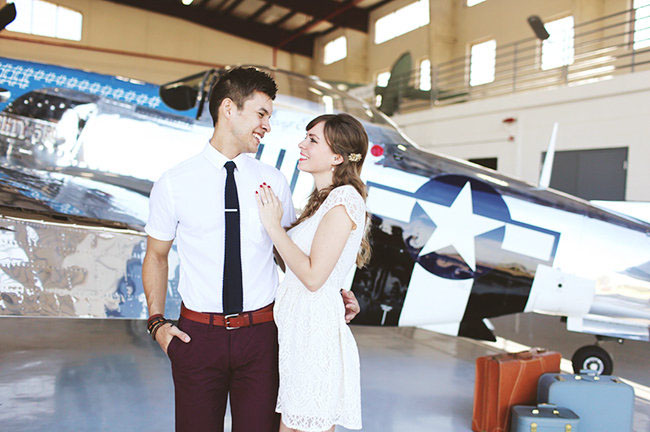 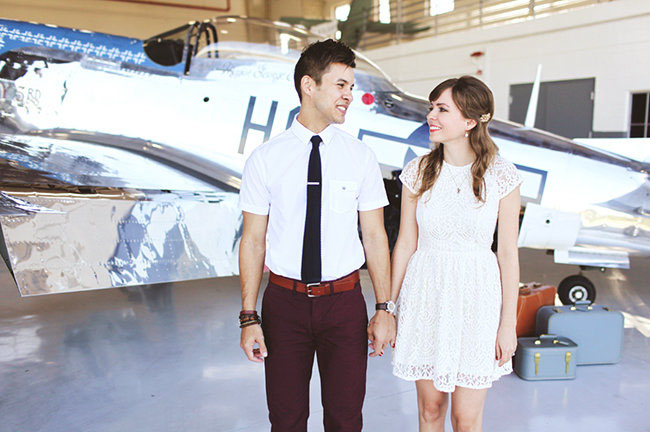 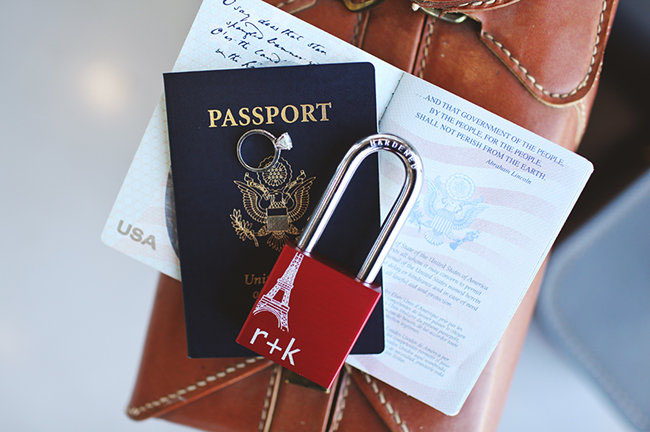 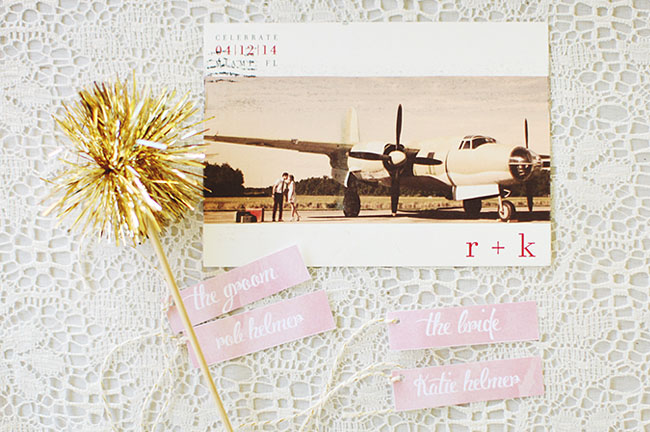 Big, huge congrats to Katie + Robert! We love that you decided to do things your way!

photography by Vine & Light Photography shot at Fantasy of Flight