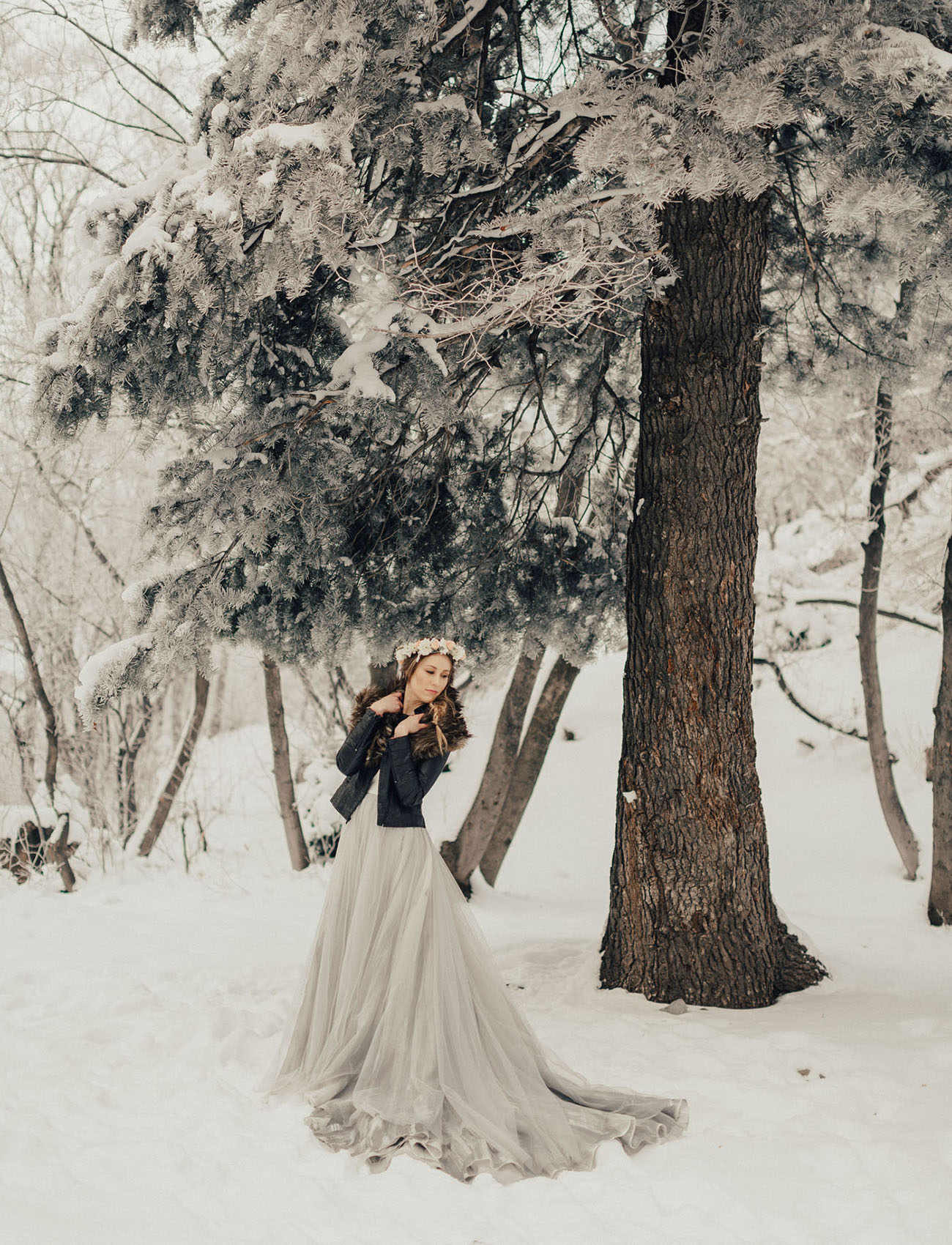 Okay, guys. Get ready to kick the Monday blues with the most magical and romantic photo project with a twist: a real proposal! It’s a two-for-one, from the dreamy, ethereal dress by Chantel Lauren to the sweet, snowy engagement story, you’re in for a treat. And just WAIT until you see Melanie’s reaction to the big surprise! (Yes, we’re gushing.)

Chantel shares how it all went down: This was such a fun project-turned-proposal! I pulled together some of my favorite vendors and we executed the perfect surprise proposal using the best scenery in Utah and the best snow on earth. Needless to say, when he dropped to one knee she was in total shock and, of course, said, “Yes!” 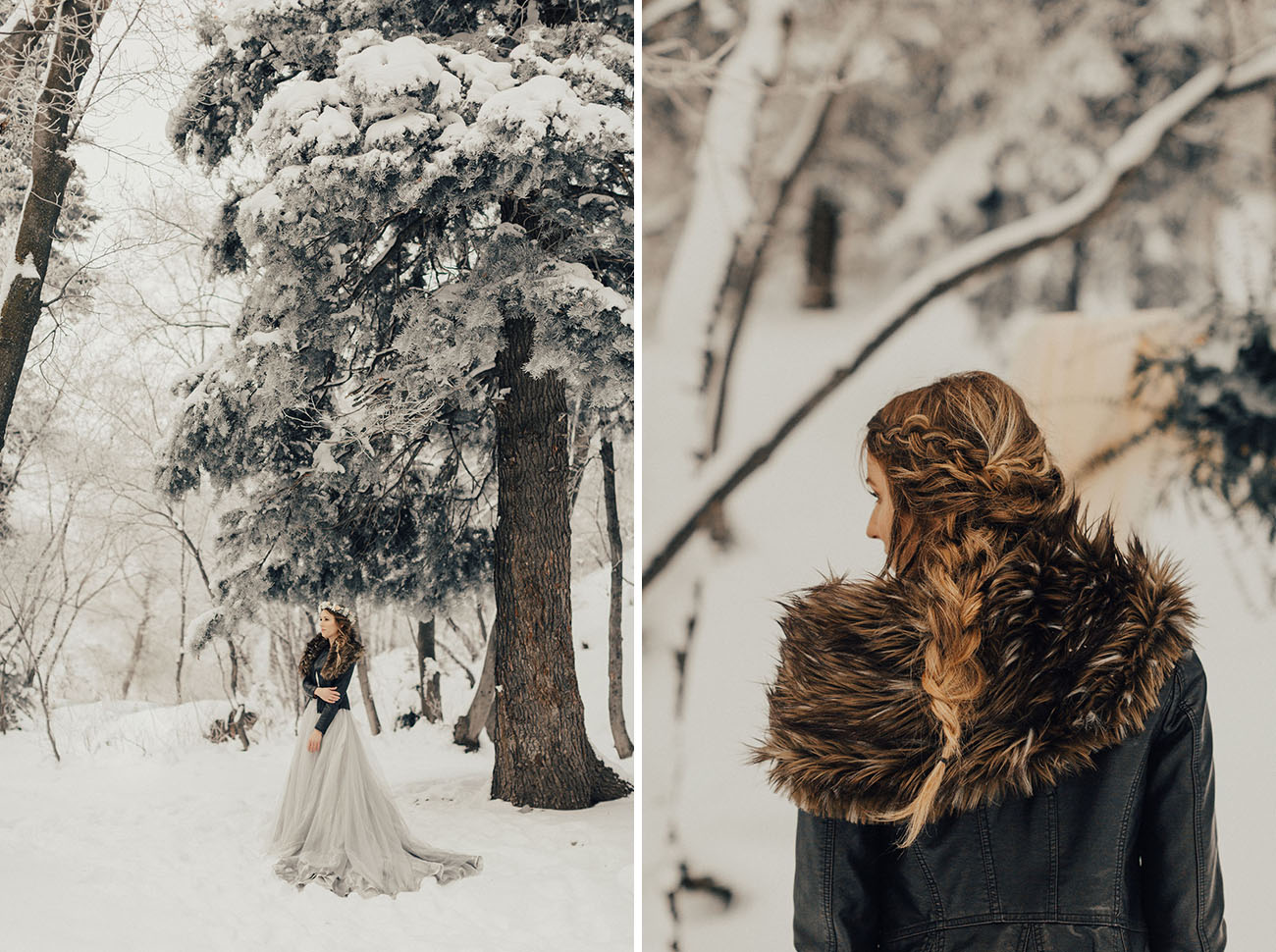 The groom-to-be shares, Melanie and I met 8 months ago through my brother and sister-in-law. It didn’t take long for me to realize she was completely different than any girl I had previously dated and I fell hard and fast. She lives about an hour and a half away, but that doesn’t stop us from seeing each other multiple times a week. When it came to asking Melanie, I knew I wanted it to be a complete surprise. I started by secretly asking her parents for their daughter’s hand in marriage (after driving almost 3 hours in a blizzard) and they happily gave their blessing. I then reached out to my friend Tyler and his wife Chantel, who manufacturer their own line of wedding dresses called Chantel Lauren, for the rest of the plan. 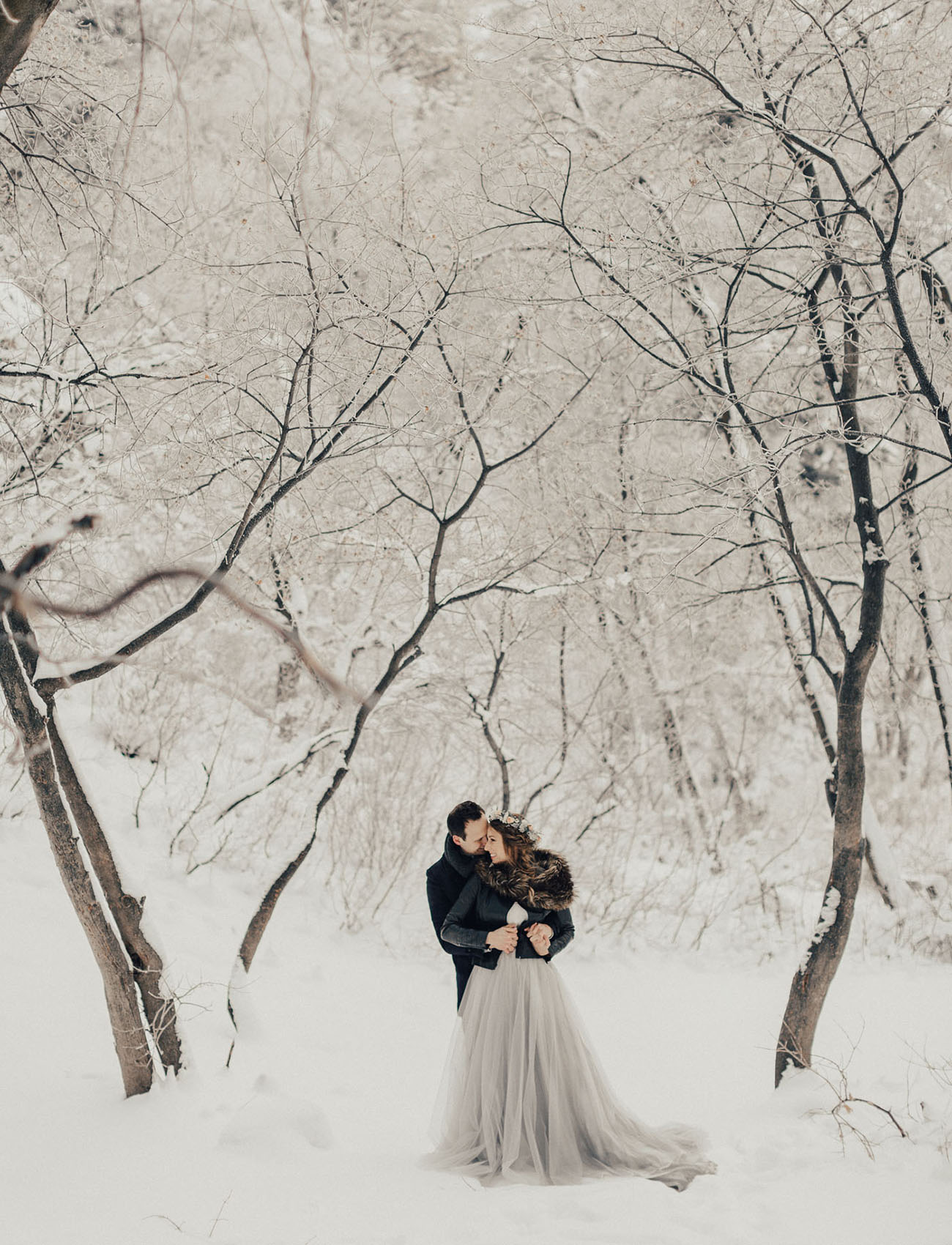 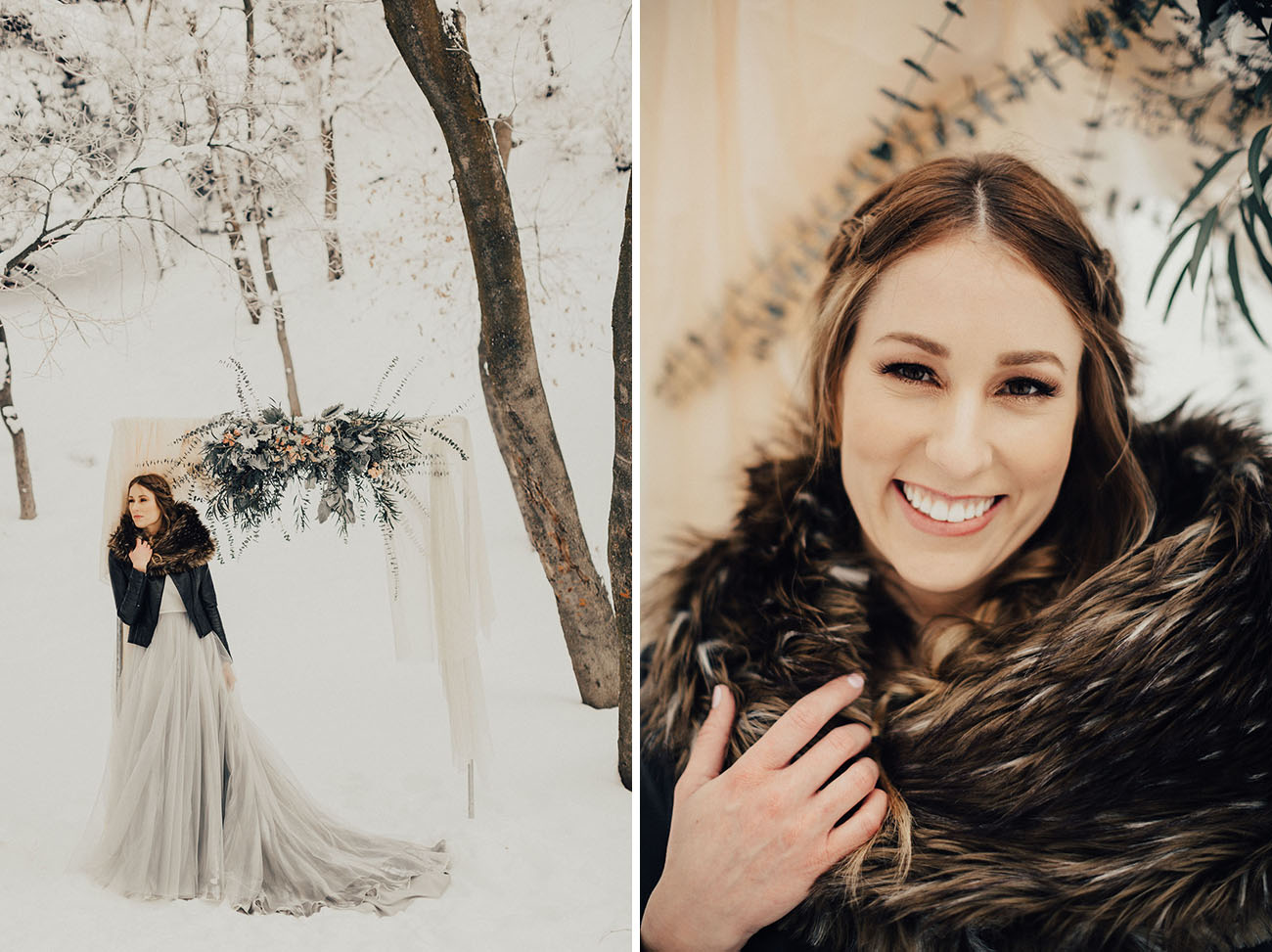 How good is this floral arch by The Golden Petal?? 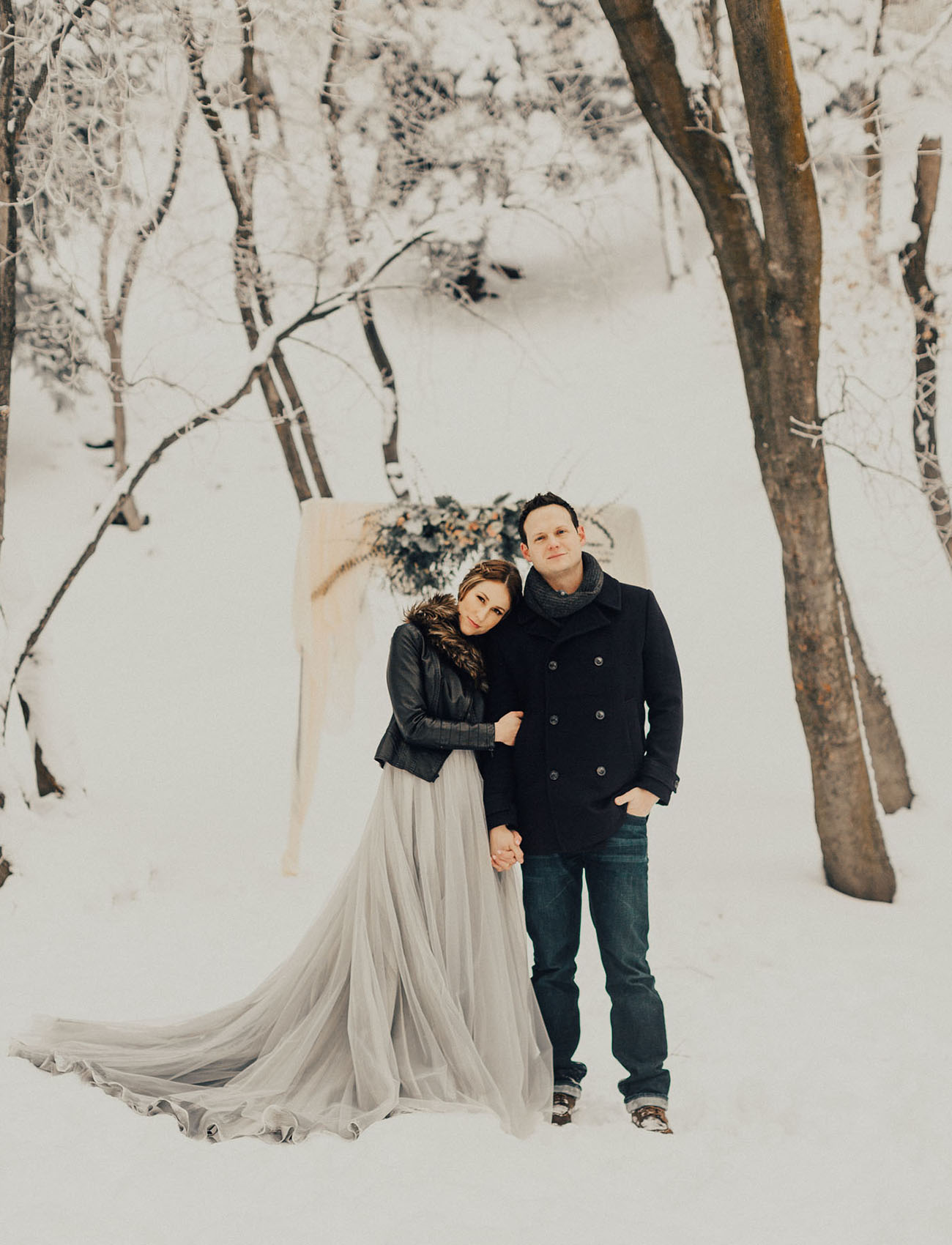 We arranged it so that Chantel would reach out to Melanie and ask her to do the honor of modeling one of her dresses. Melanie was elated at the opportunity and agreed! A few days before the shoot, Chantel rolled out part two of the plan, asking Melanie if I would mind being in part of the shoot. She agreed for me, but knew it would take some convincing as I like taking photos, not being in them. As planned, I played the part and acted excited for her, semi-annoyed I had to join in, then agreed to go along with it. 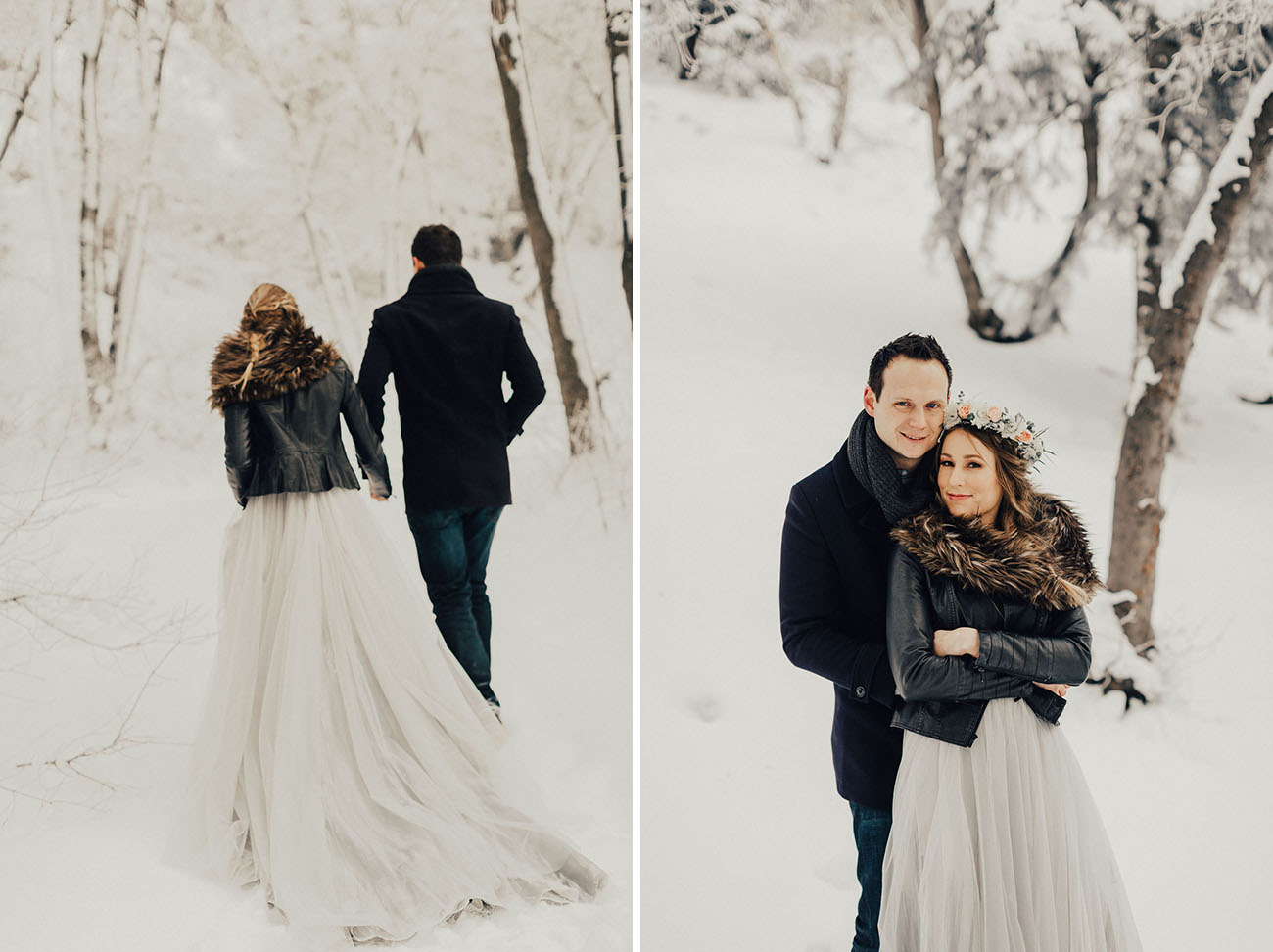 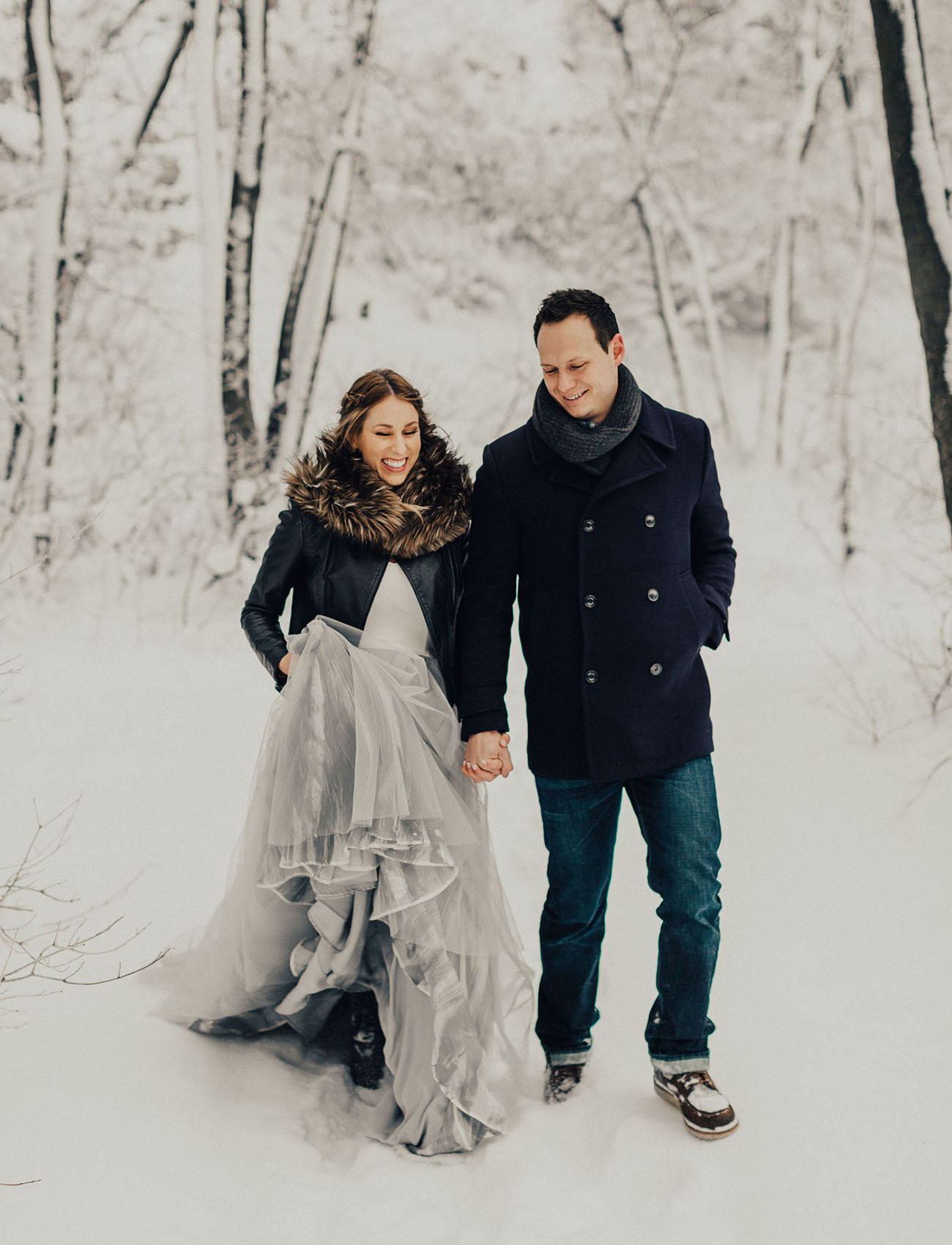 At the end of the photo shoot everyone’s hard work and secrecy paid off. Melanie was completely surprised and said, “YES!” after being rendered happily speechless for a few moments. 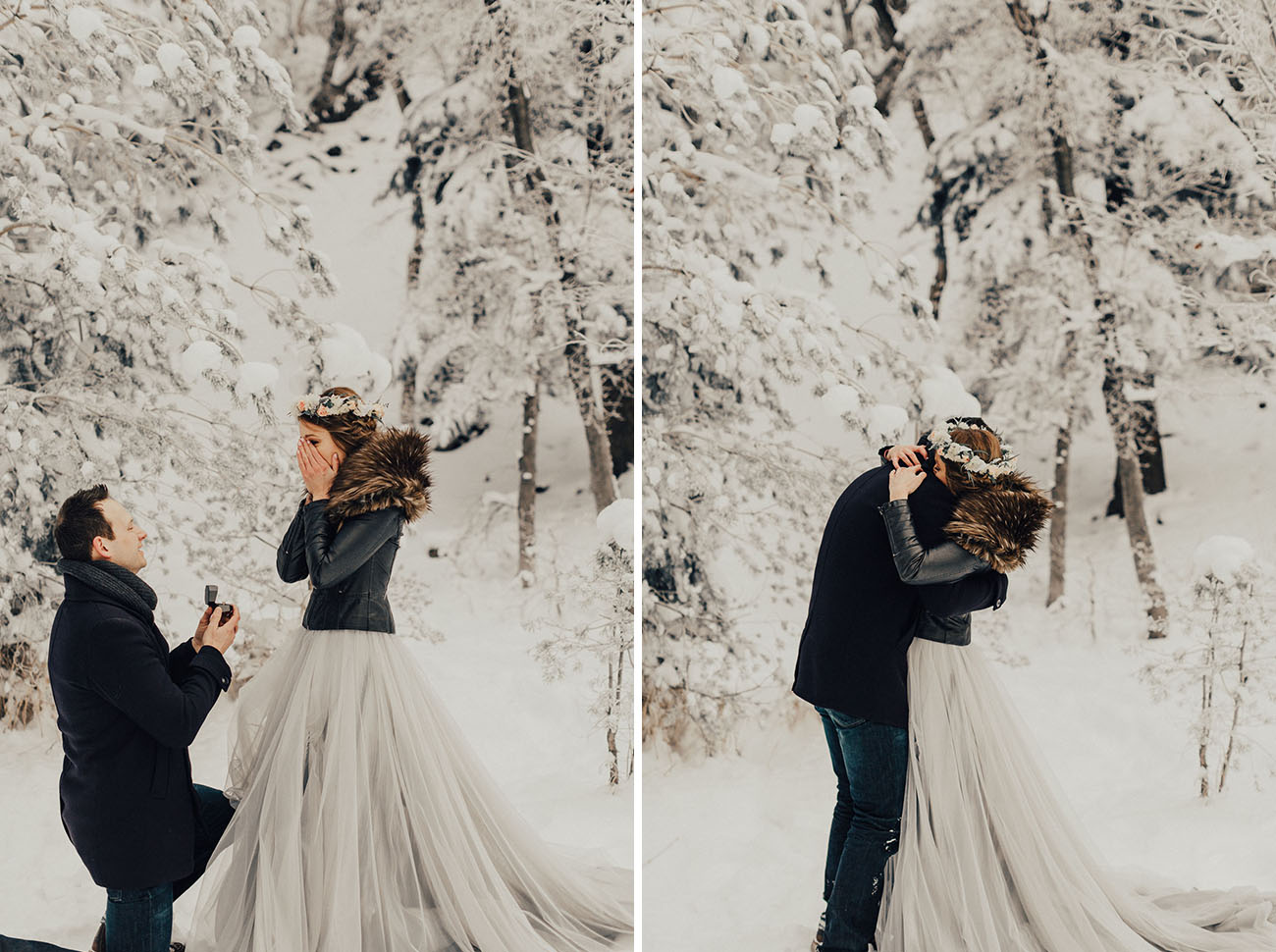 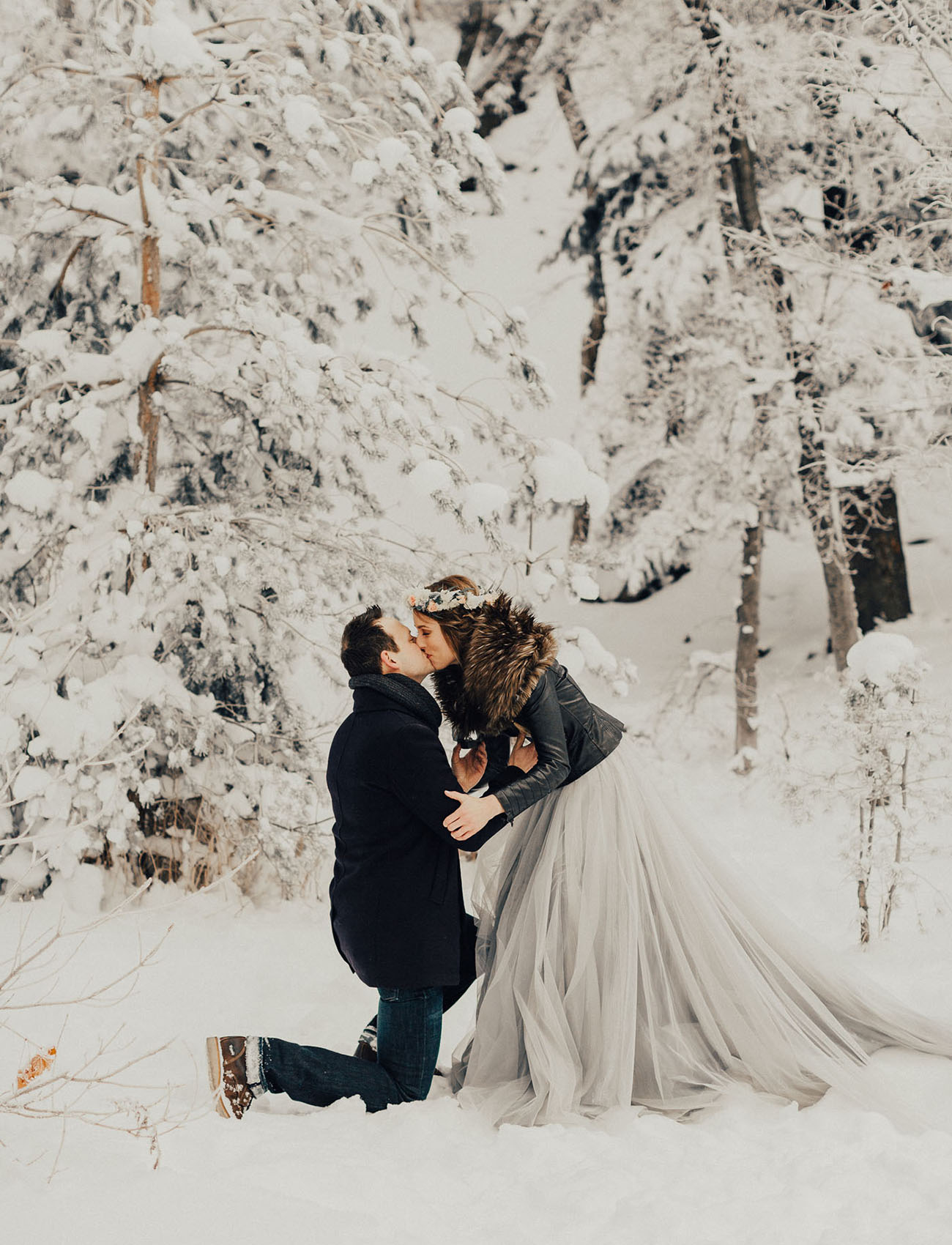 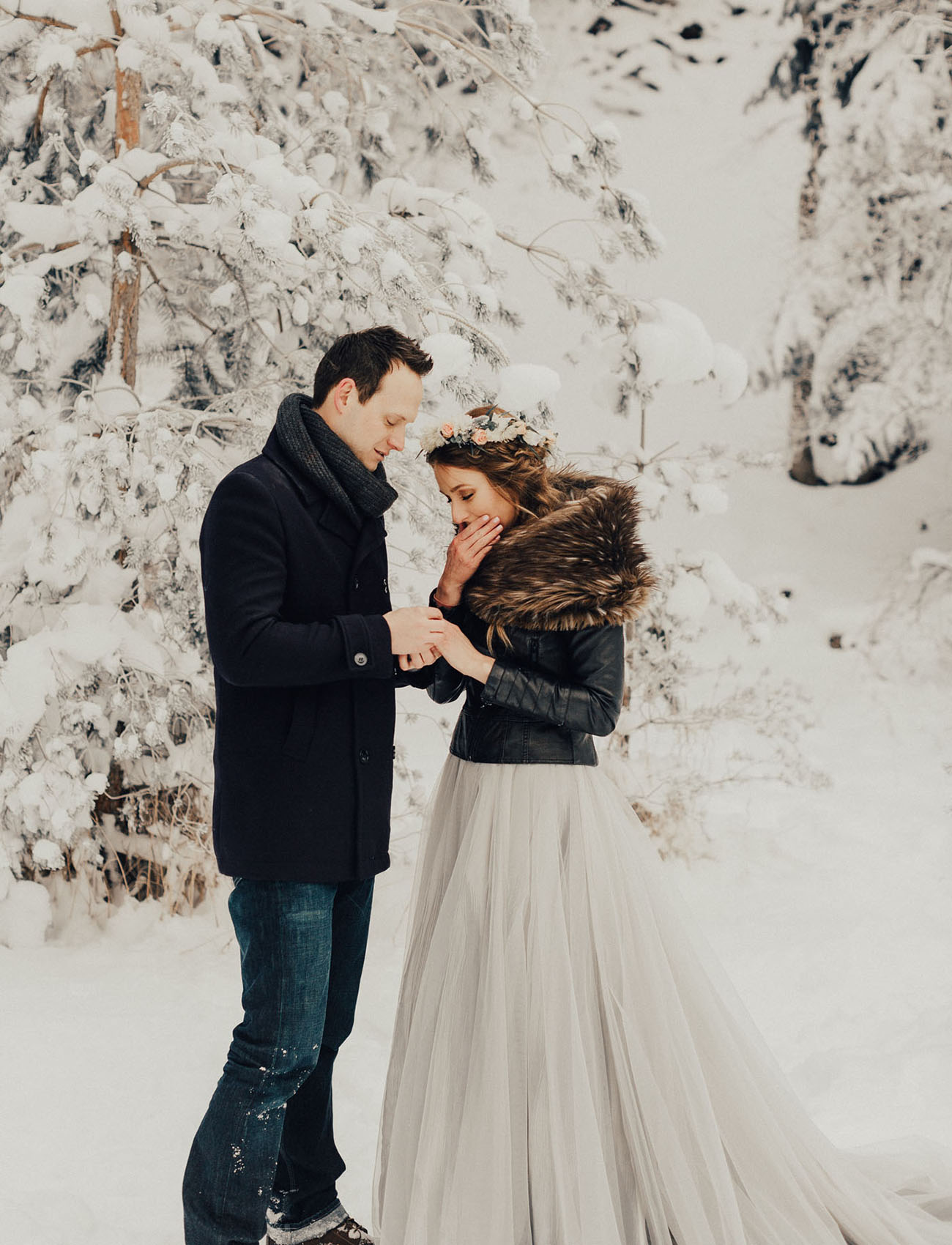 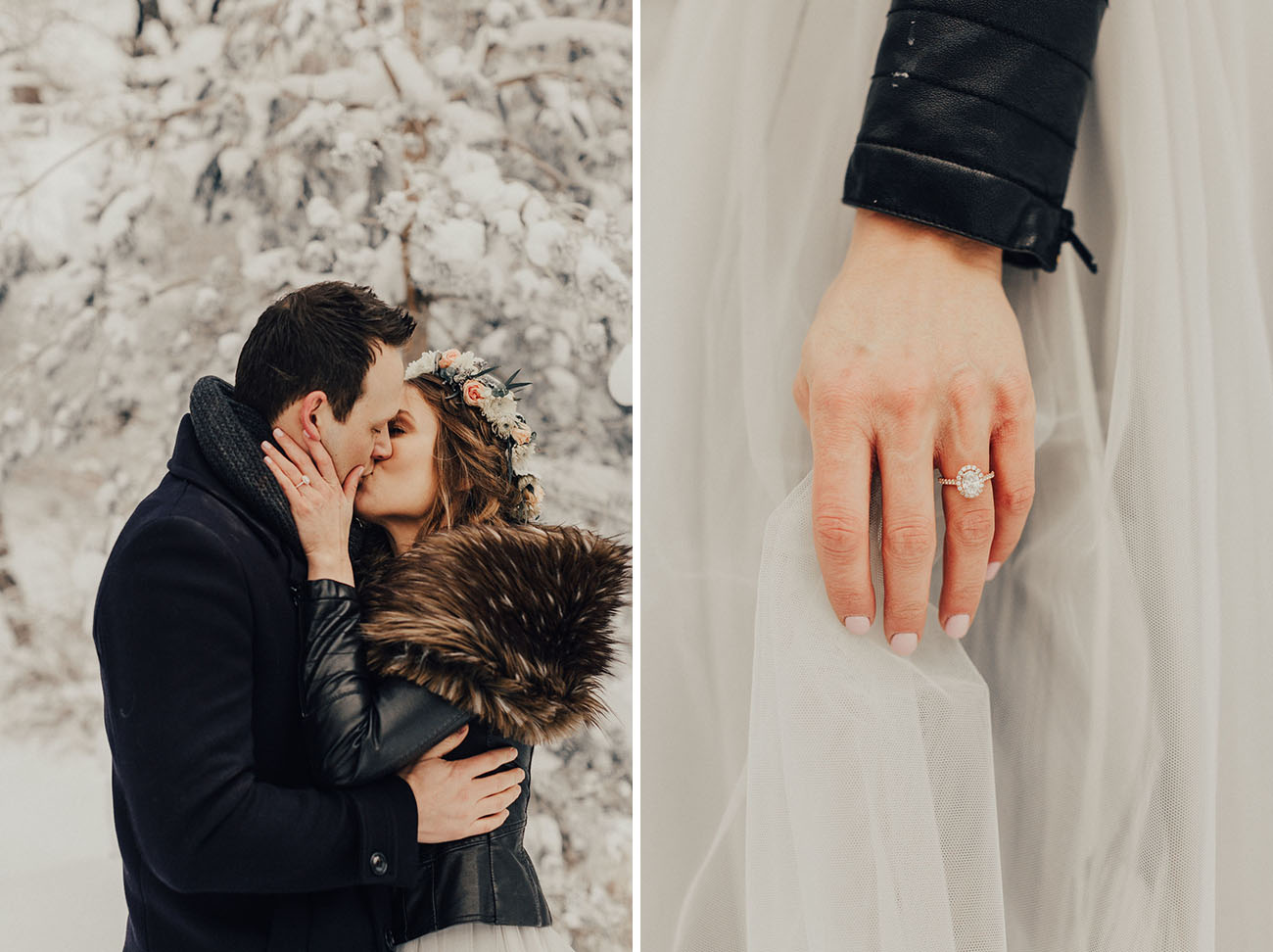 Such a sweet story! Thanks to Chantel for sharing, and huge congrats to Matt + Melanie on their engagement!