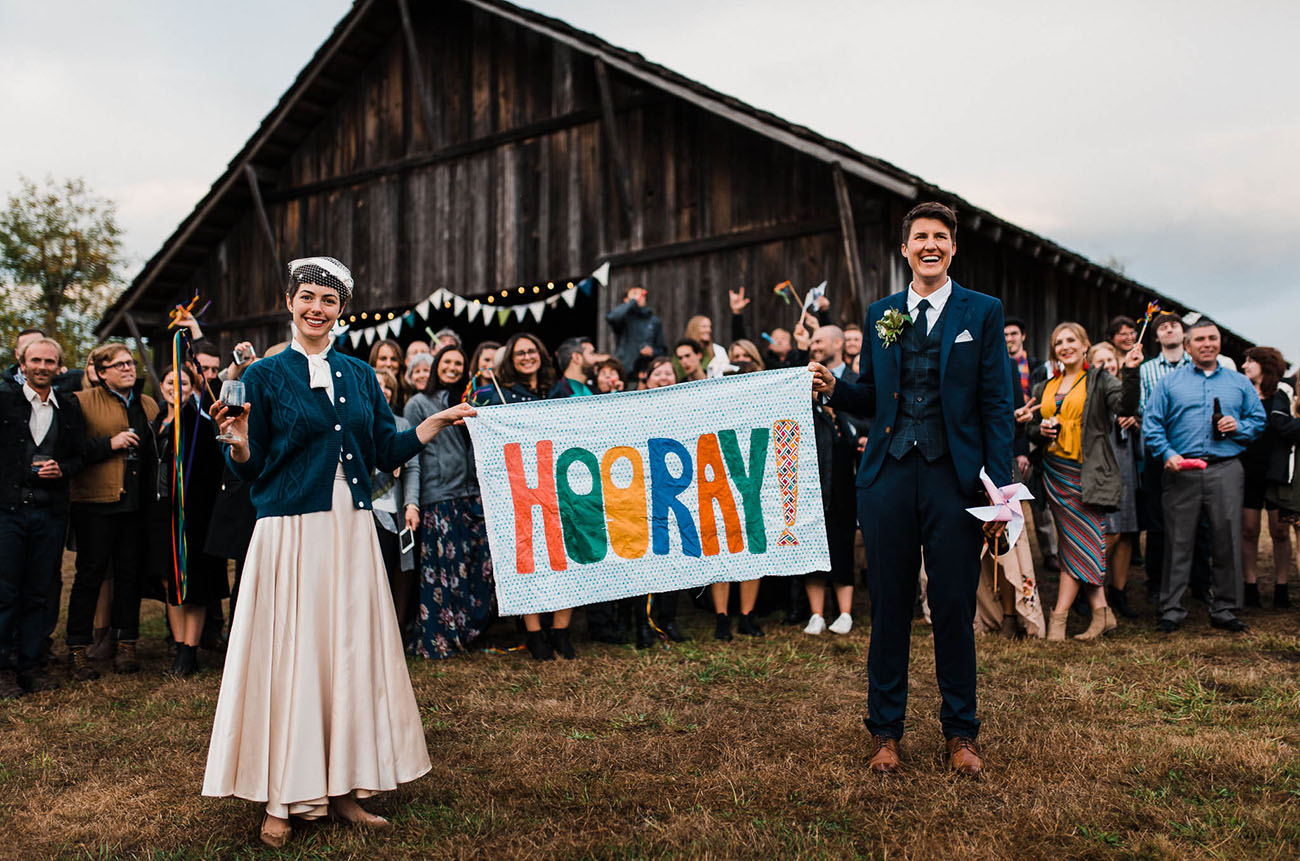 When it comes to unconventional + creative weddings — especially one designed uniquely for the couple in love — Courtney + Erin’s big day takes the CAKE! At first glance, the day seems to echo if Audrey Hepburn were to have met Wes Anderson… you get Erin’s charming + classic wedding dress, the Pacific Northwest scenery, and lots of “summer camp” vibes, but really, it was so much more.

Millersvylvania State Park served as the backdrop; several of the guests brought their campers, while others stayed in cabins on the property. Focusing on the summer camp feeling, and their love of crafting, the brides embraced DIYing and created fun + funky decor that was scattered throughout the day.

Erin shares: Because we choose a non-conventional wedding venue, and because we aren’t a conventional couple, we had a lot of freedom to make the day ours. We choose to organize our day based on what we were comfortable with, which since neither Courtney or I like to be the center of attention, we planned to take the focus off us by keeping our guests active! Our planning worked out in such a way that we tackled the big stuff really early on in our process (venue, food vendor, photographers), so we had a lot of time to focus on the little things! So much time allowed for a lot of space for creativity — plus Courtney and I love to craft.

Let’s wander through the woods + get lost in the photos captured by The Foxes Photography! 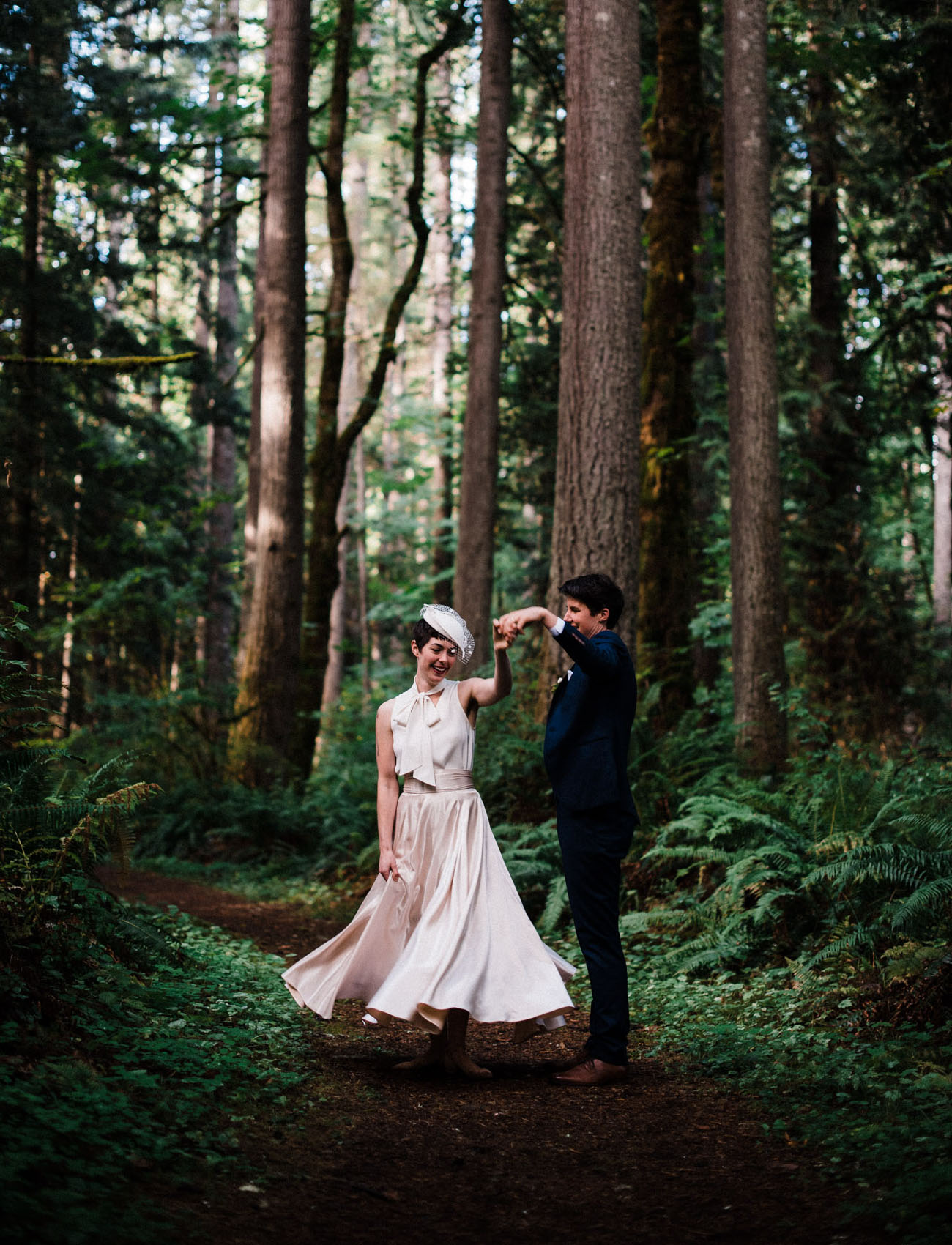 Into the woods they go… 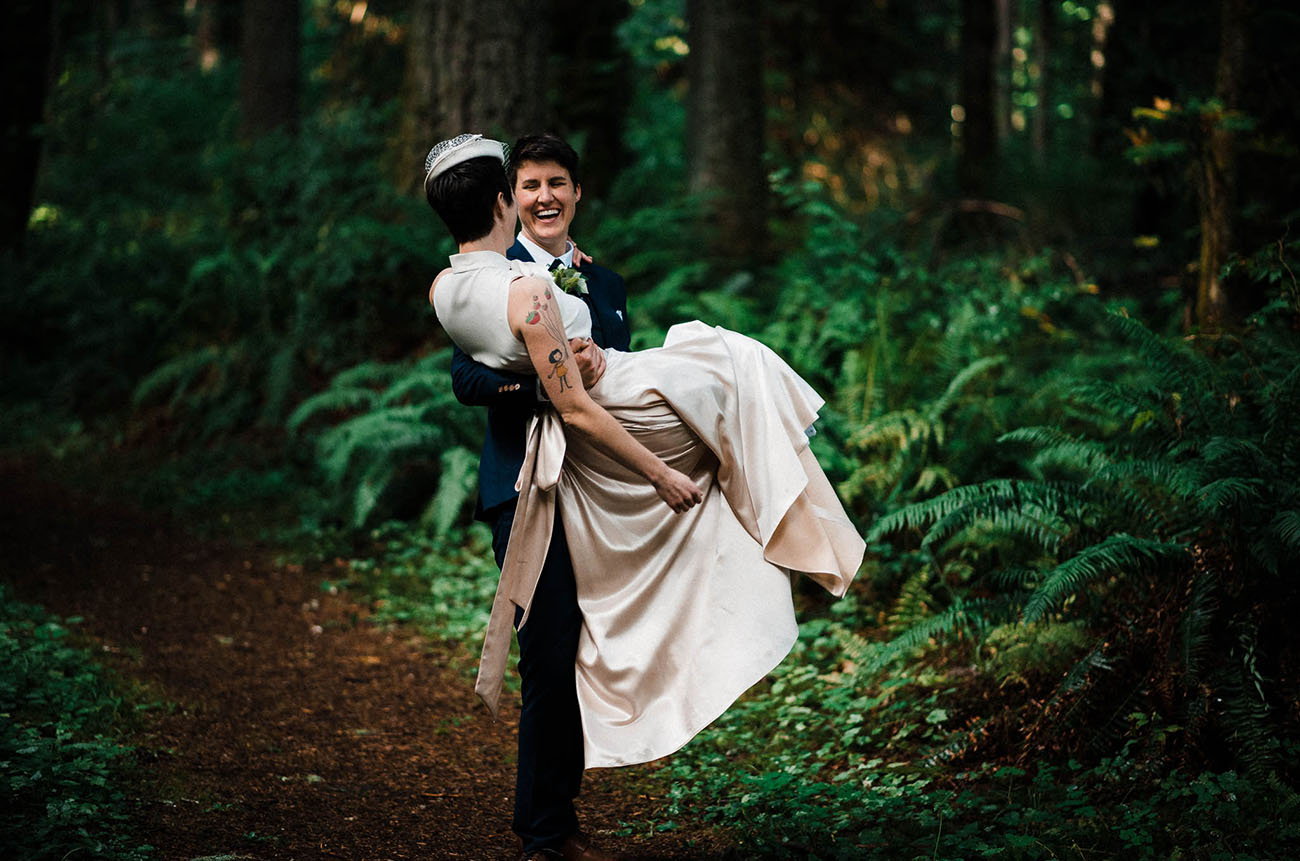 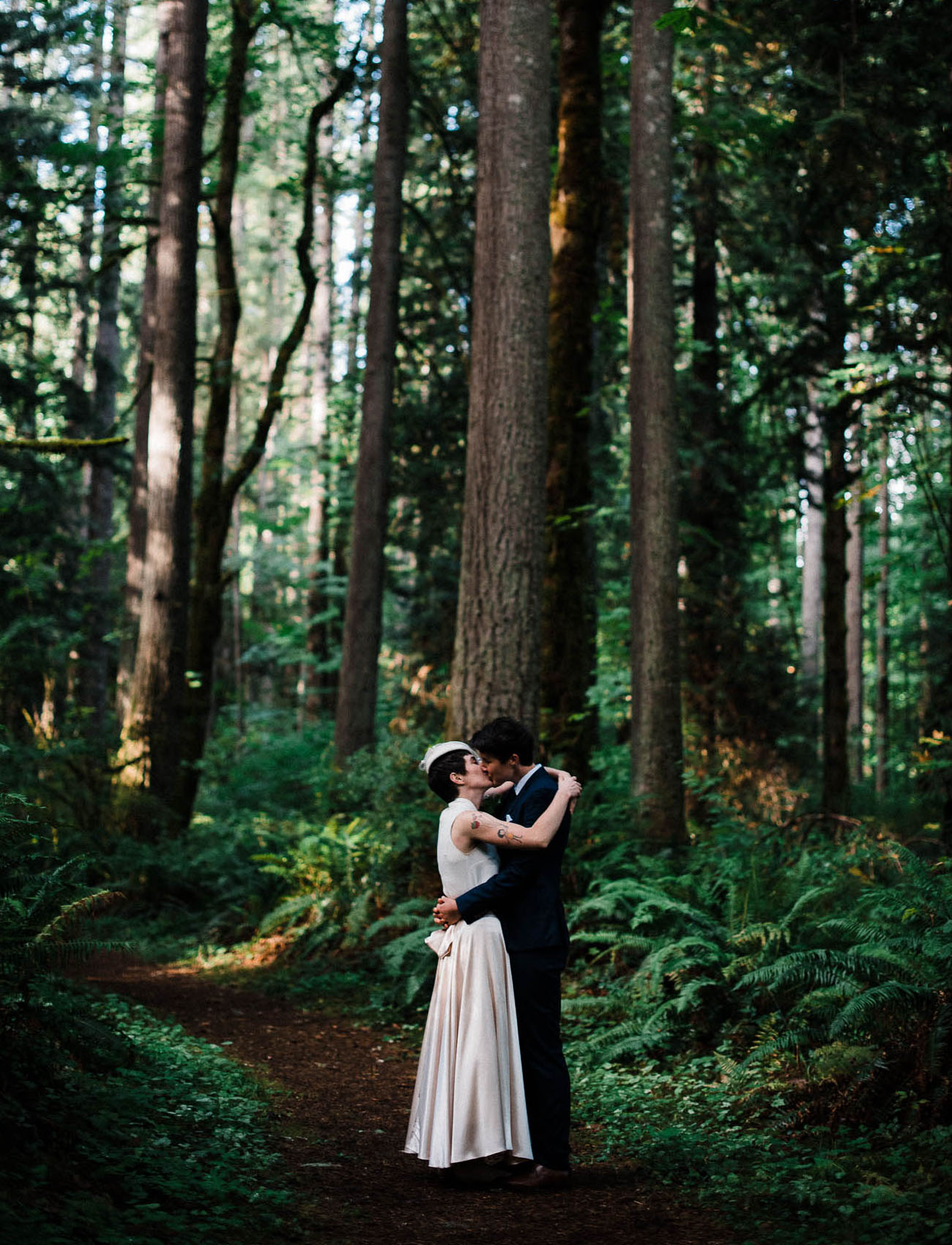 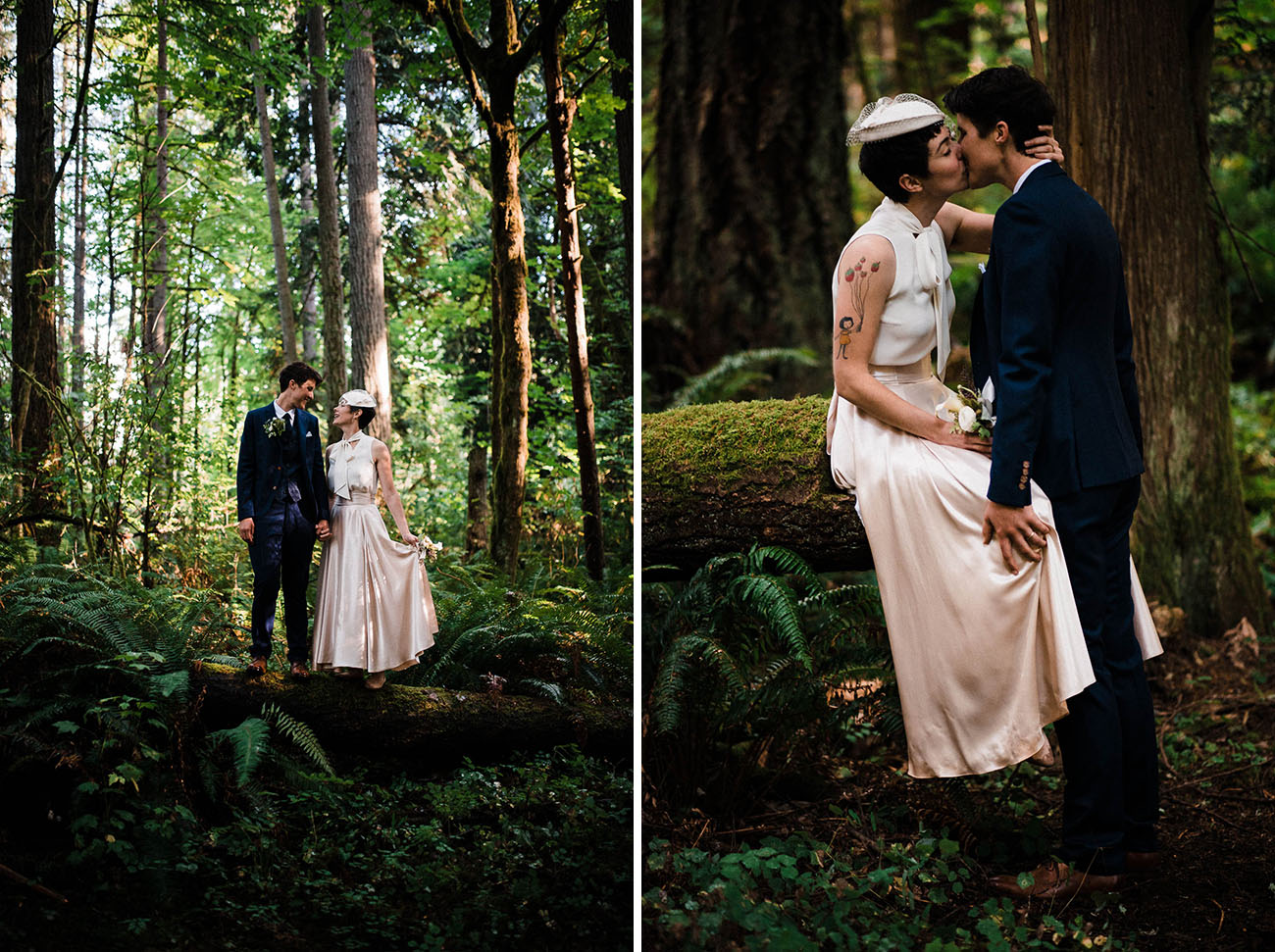 Inspired by the likes of Audrey Hepburn + the many classic ensembles she donned, Erin’s mom + grandma crafted this dress, just for her! She says that the biggest splurge for outfit was actually that adorable hat! The beautiful wool percher was made by Maggie Mowbray Millinery’s. 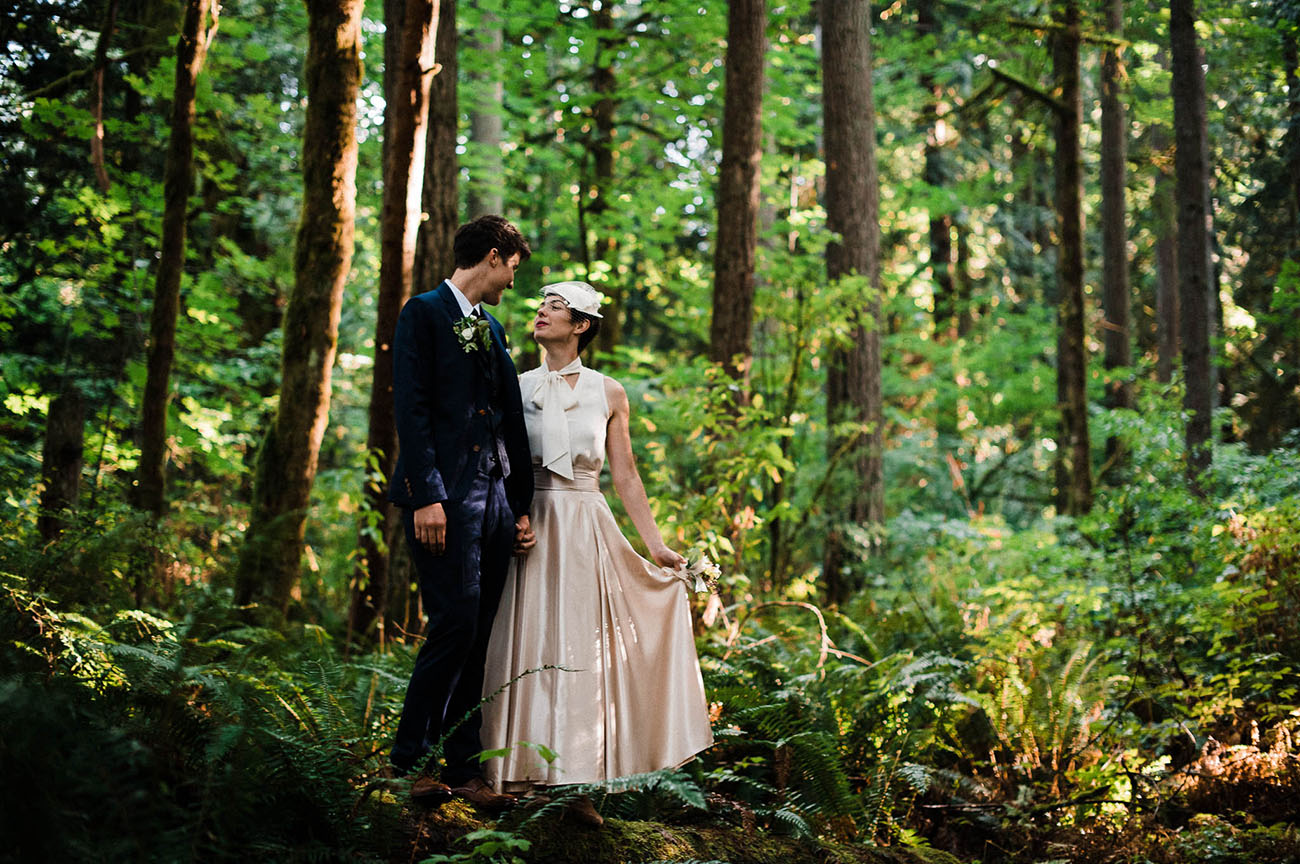 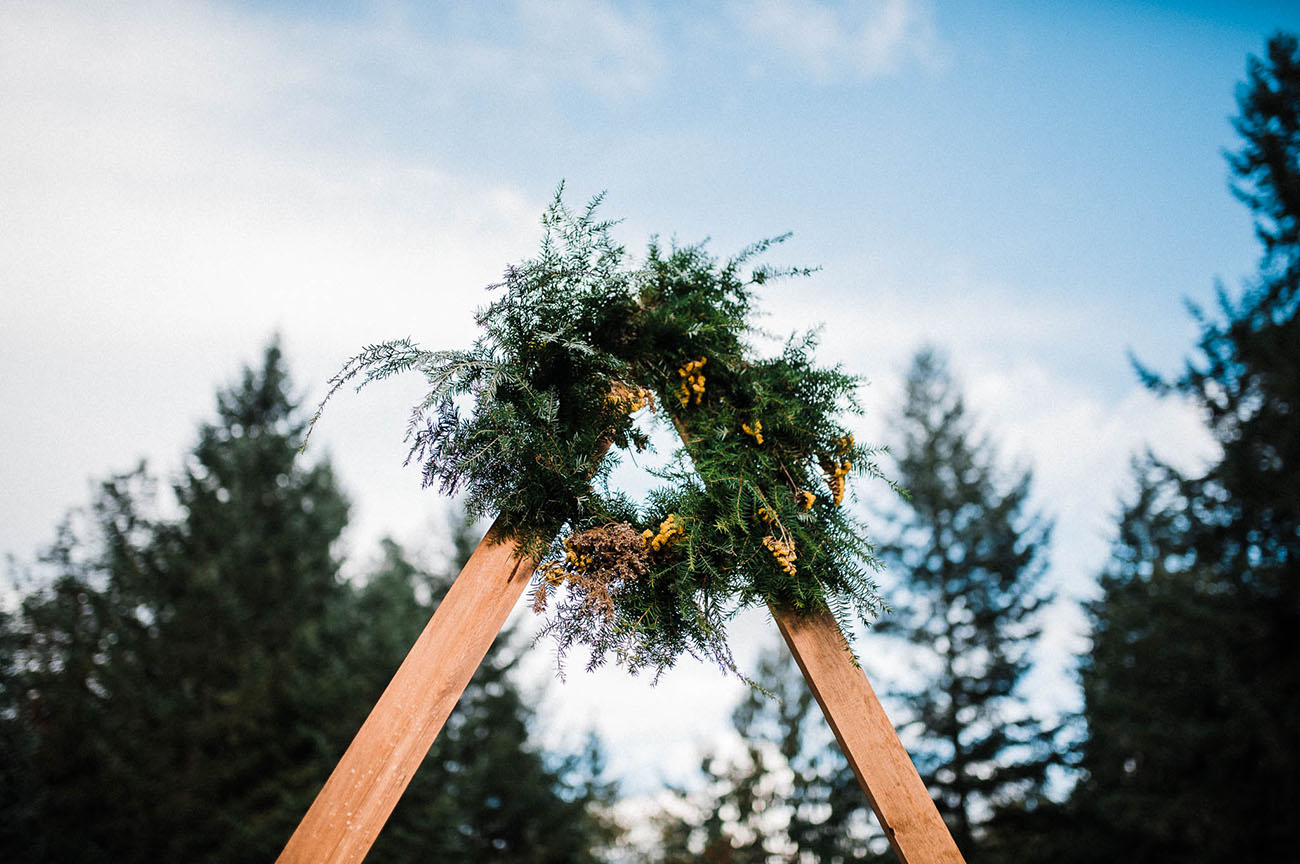 Another DIY aspect of the day — C+E arranged their own flowers! They purchased all the florals + greenery in bulk from Augustus Farms outside of Olympia, WA. 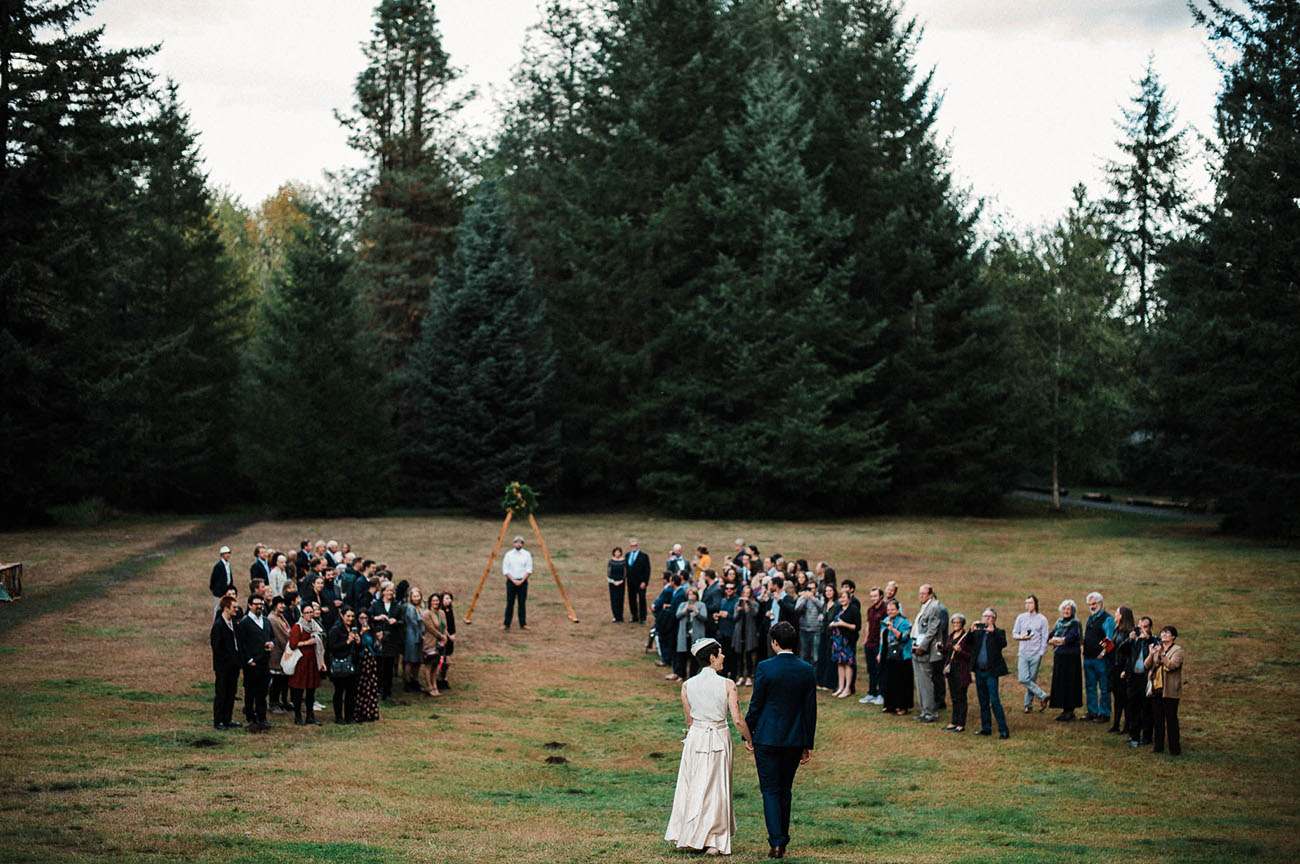 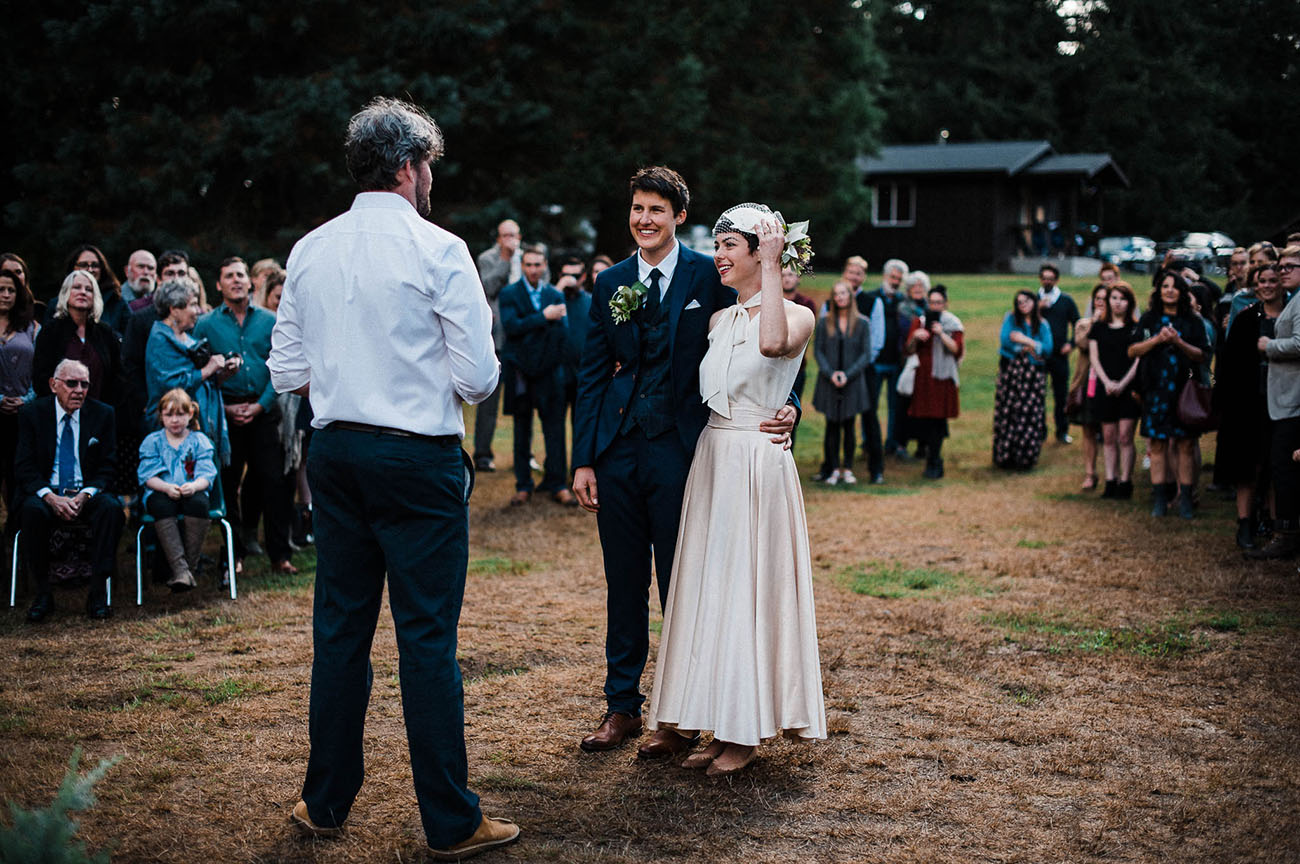 Our wedding day was in early fall in the Northwest, which meant an accompaniment of on-again, off-again downpours. We thought we’d have to pull the ceremony inside, but taking good advice from our wedding photographers — we managed to sneak it in between showers. We improvised and had everyone stand, and brought out chairs for those who needed it. We were rewarded with a reoccurring double rainbow! 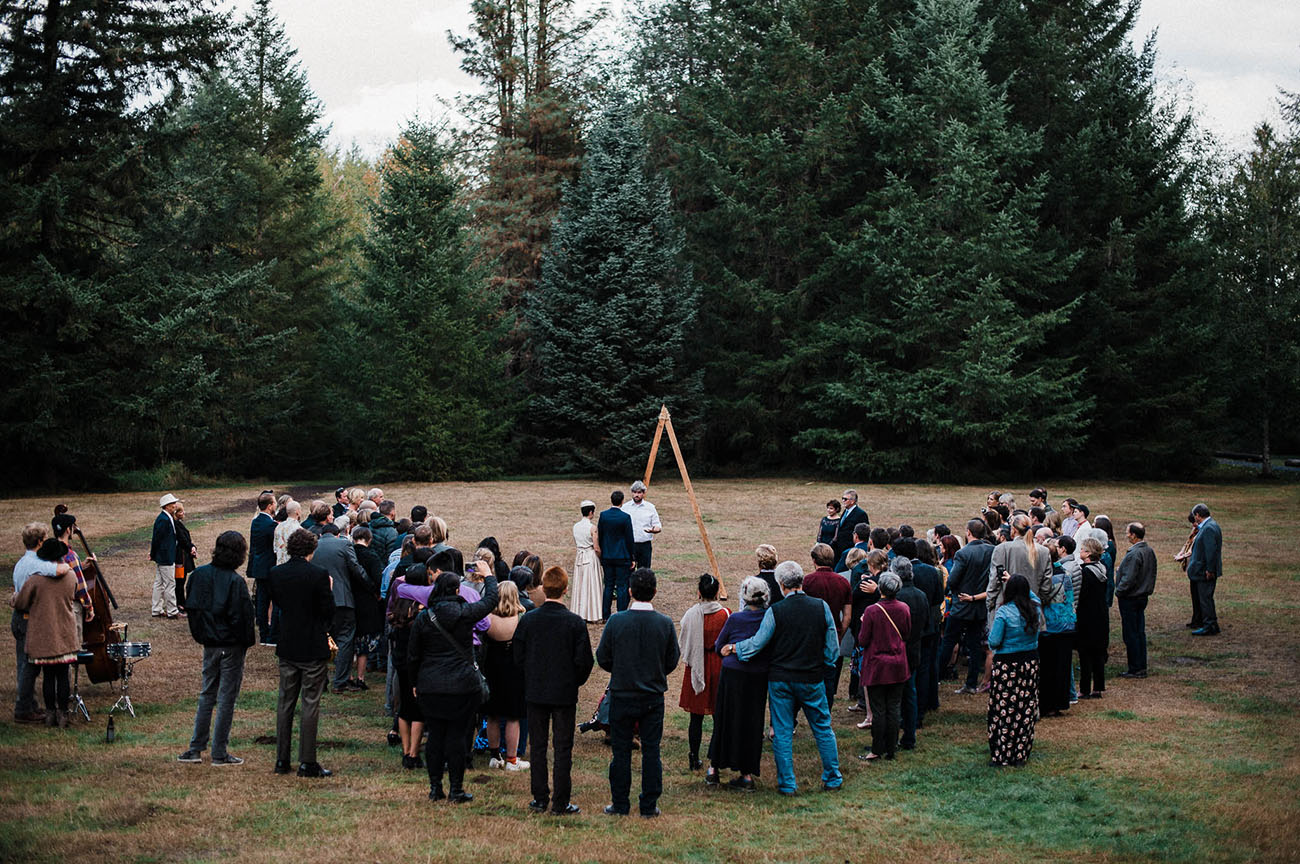 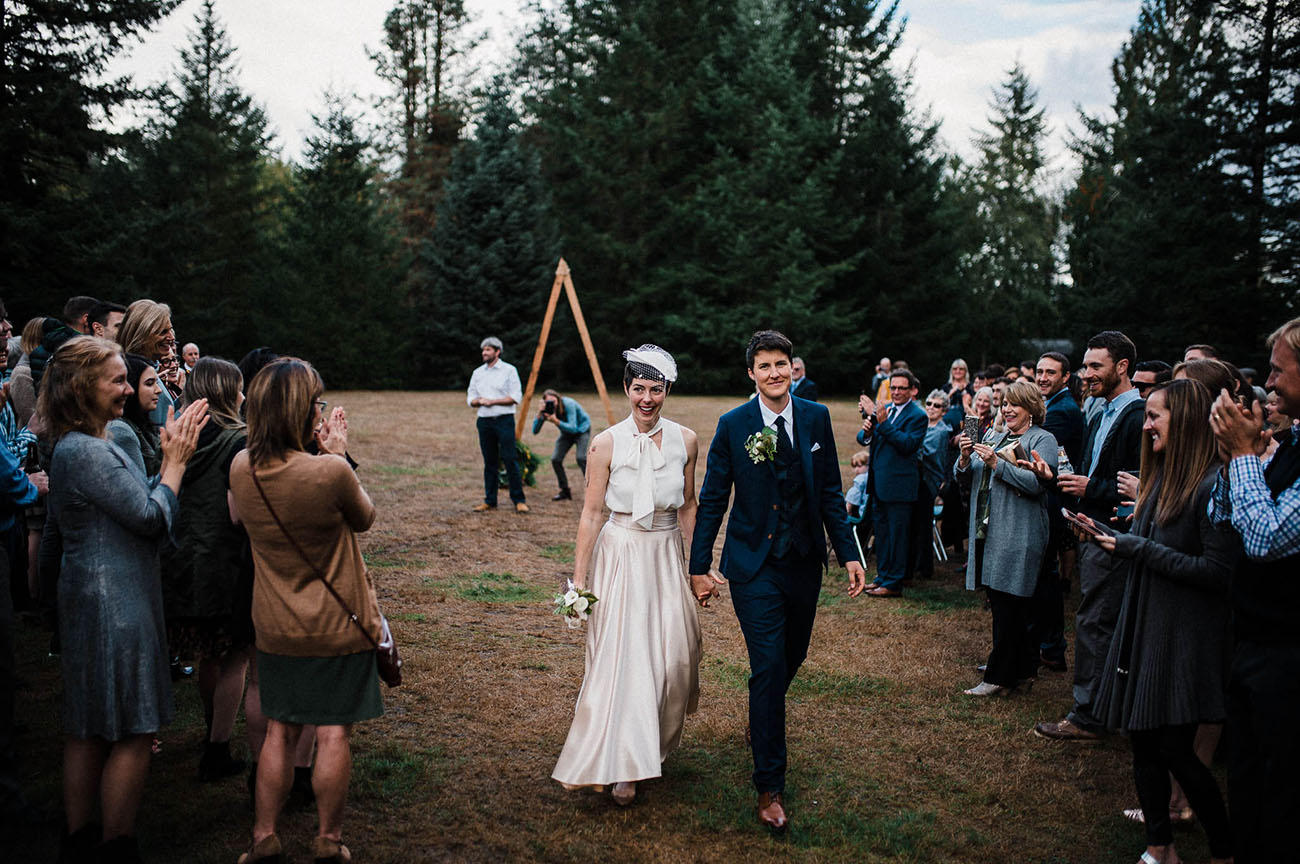 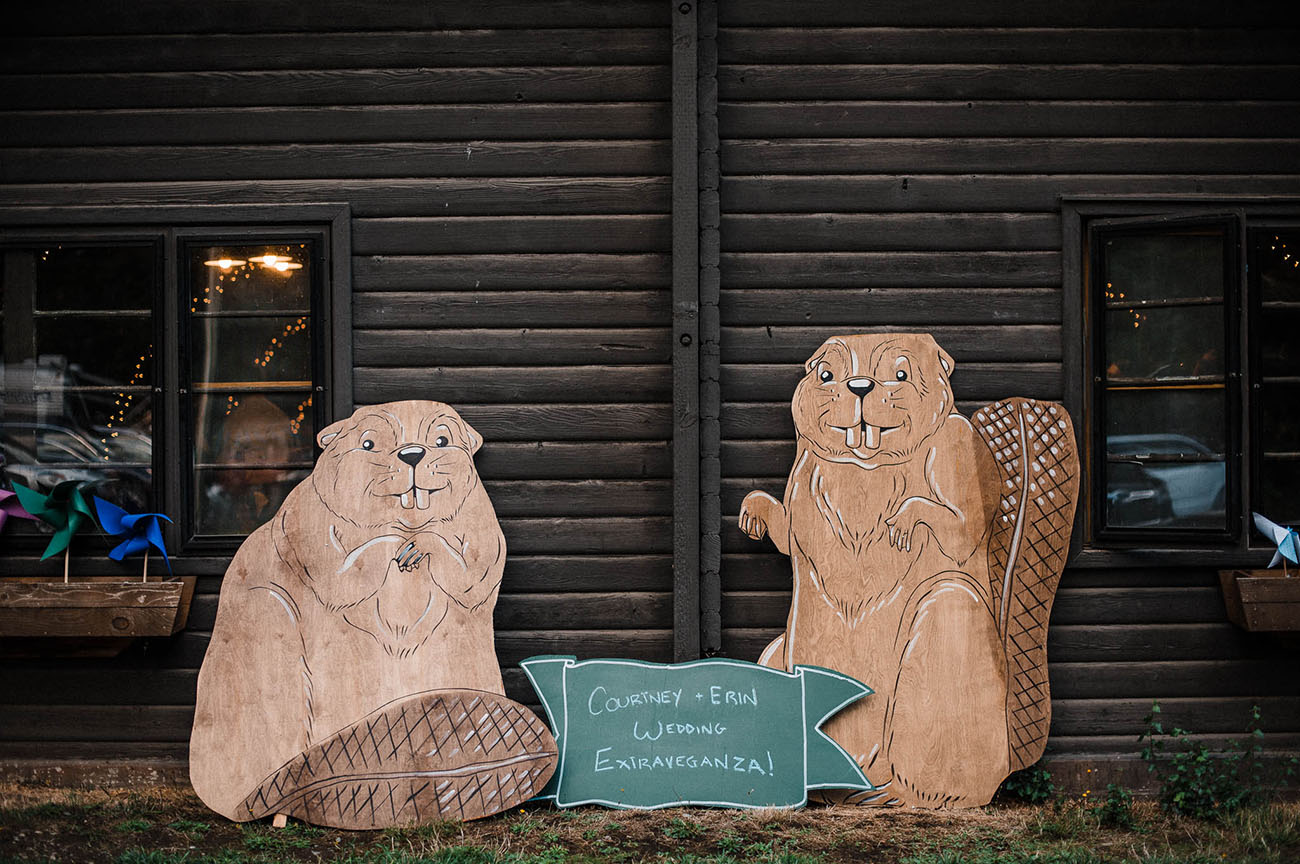 Courtney + Erin share: We planned the whole thing to be both campy (like forest, woods, tents) and campy (as in glitter + rainbows). We wanted to incorporate as many subtle innuendos as possible for the guests. 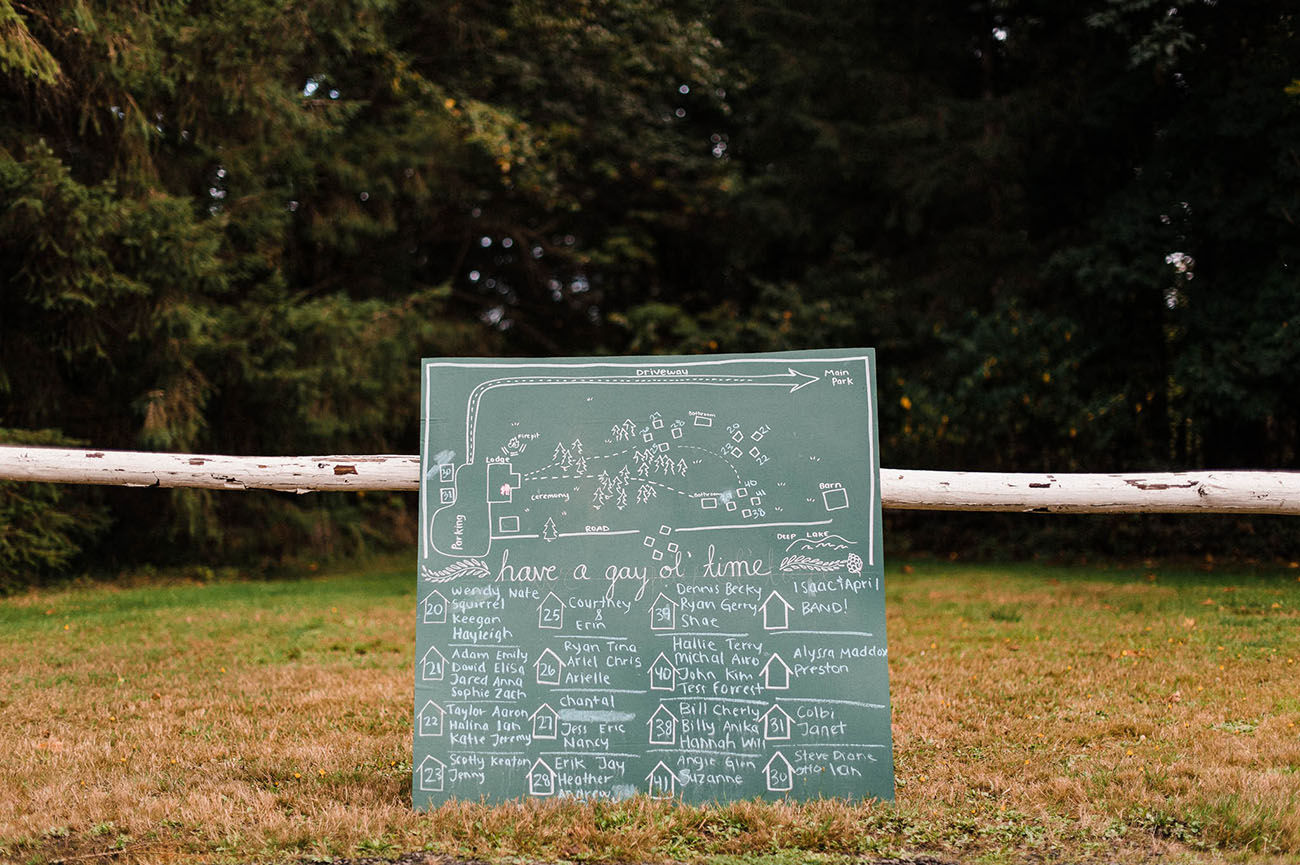 How darling is this chalkboard map + seating chart?! 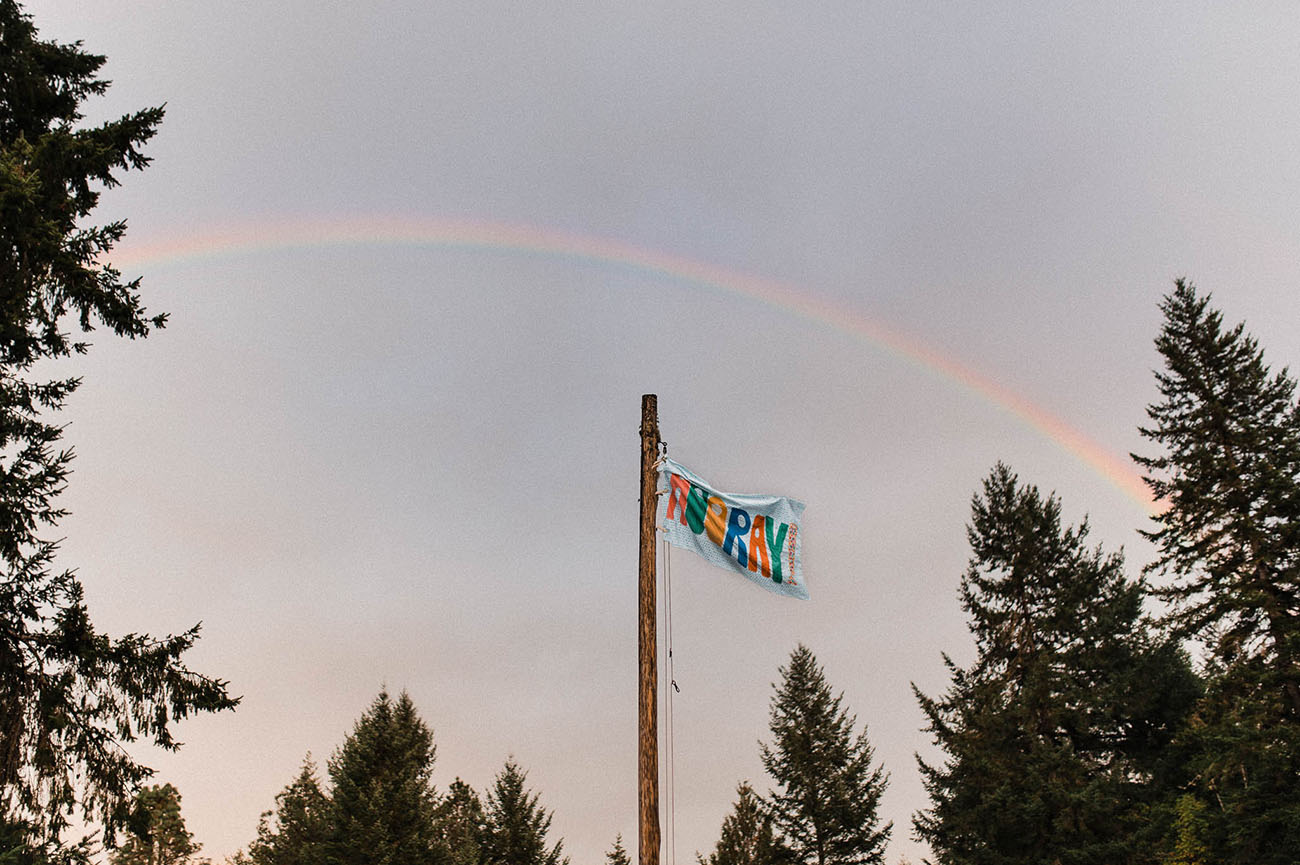 And there’s one of the rainbows mentioned above!! Courtney + Erin crafted the flag together during one of their many DIY sessions for the big day. 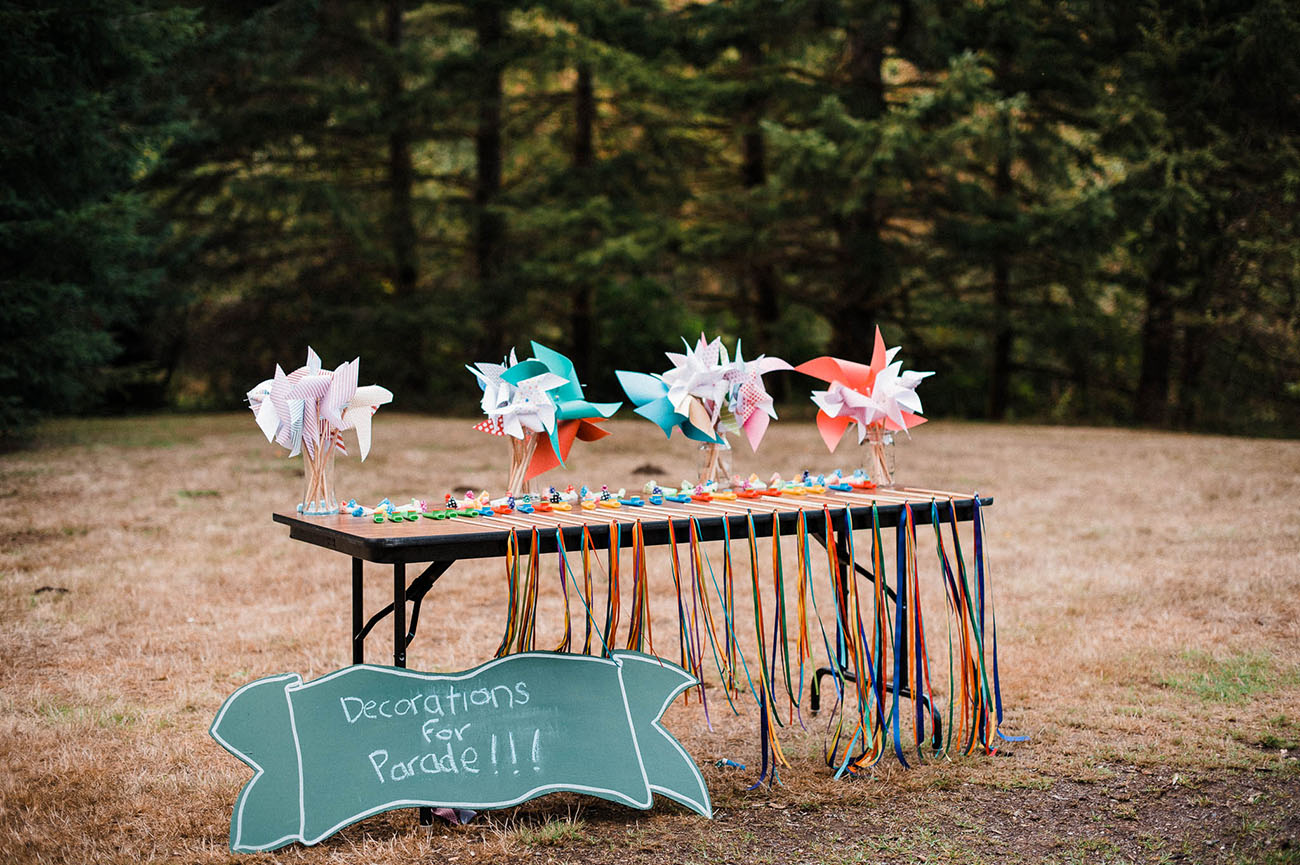 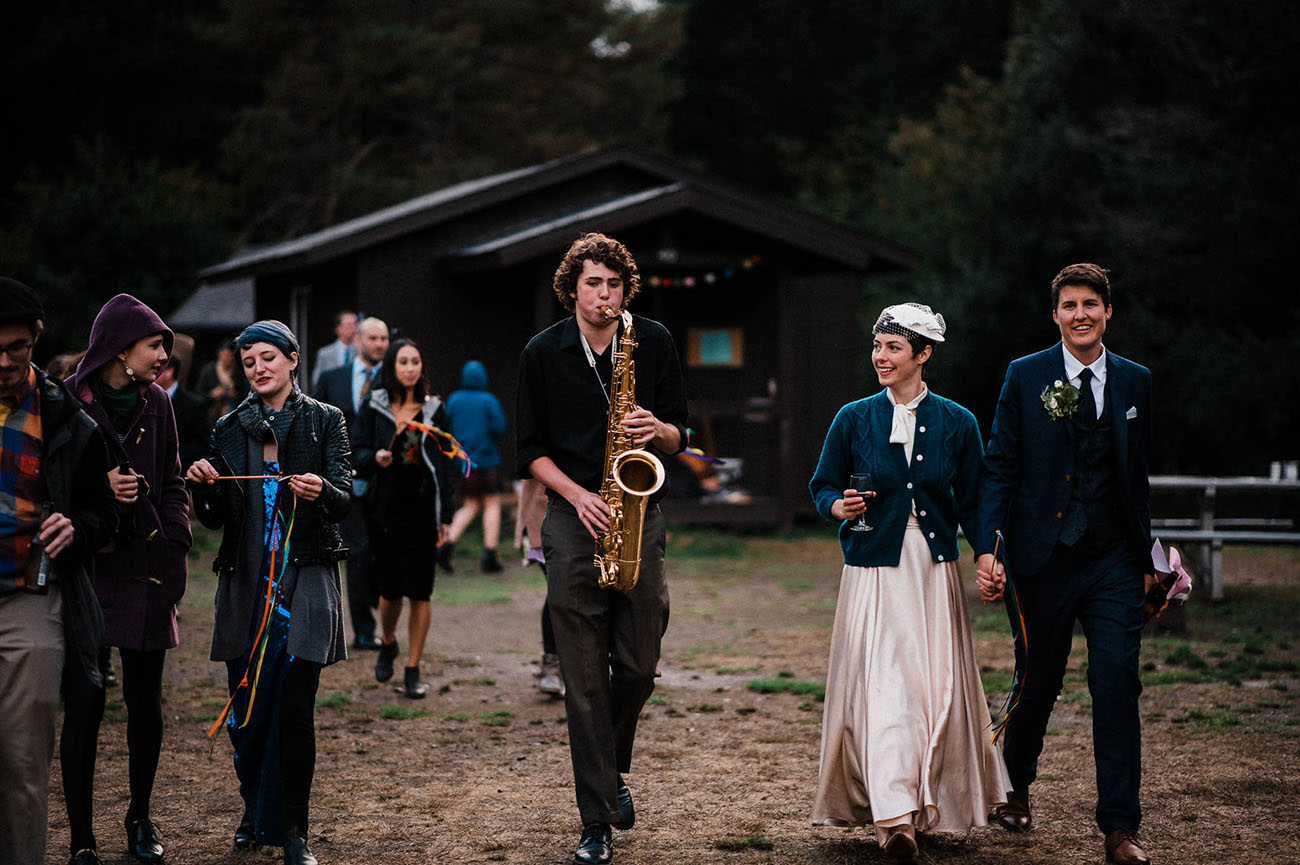 Music was main focus of our wedding. We had our friend, Isaac Chavez, and his band play jazz for the cocktail hour, and escort us in our parade! After dinner, we had a square dance made possible by the connections of our banjo pickin’ friend, Adam. Isaac’s band reemerged to play a late-night funk/Motown cover dance party!

For the ceremony itself, my uncle played guitar while my cousin sang “Here, There and Everywhere” by The Beatles, which was followed by “When I’m 64” for the recessional (also by The Beatles). 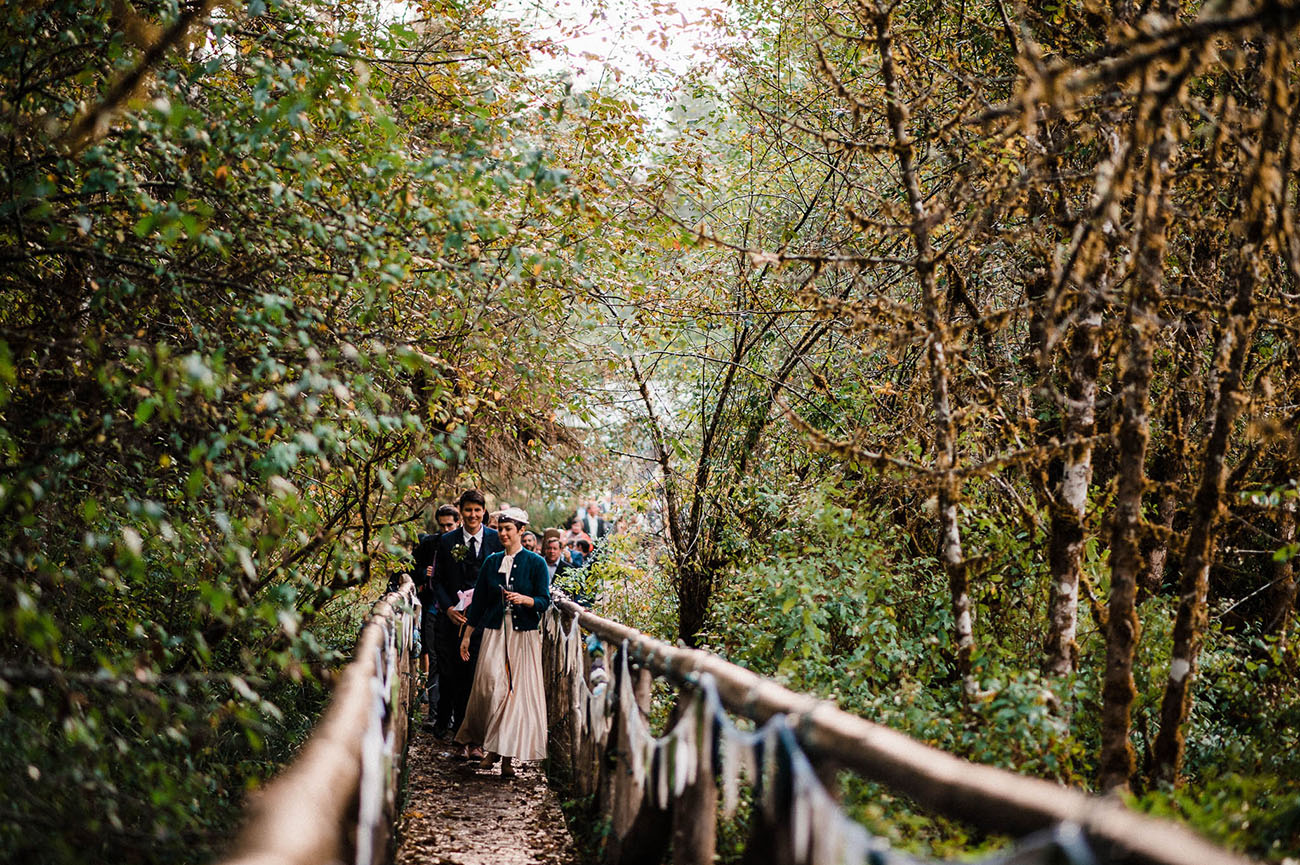 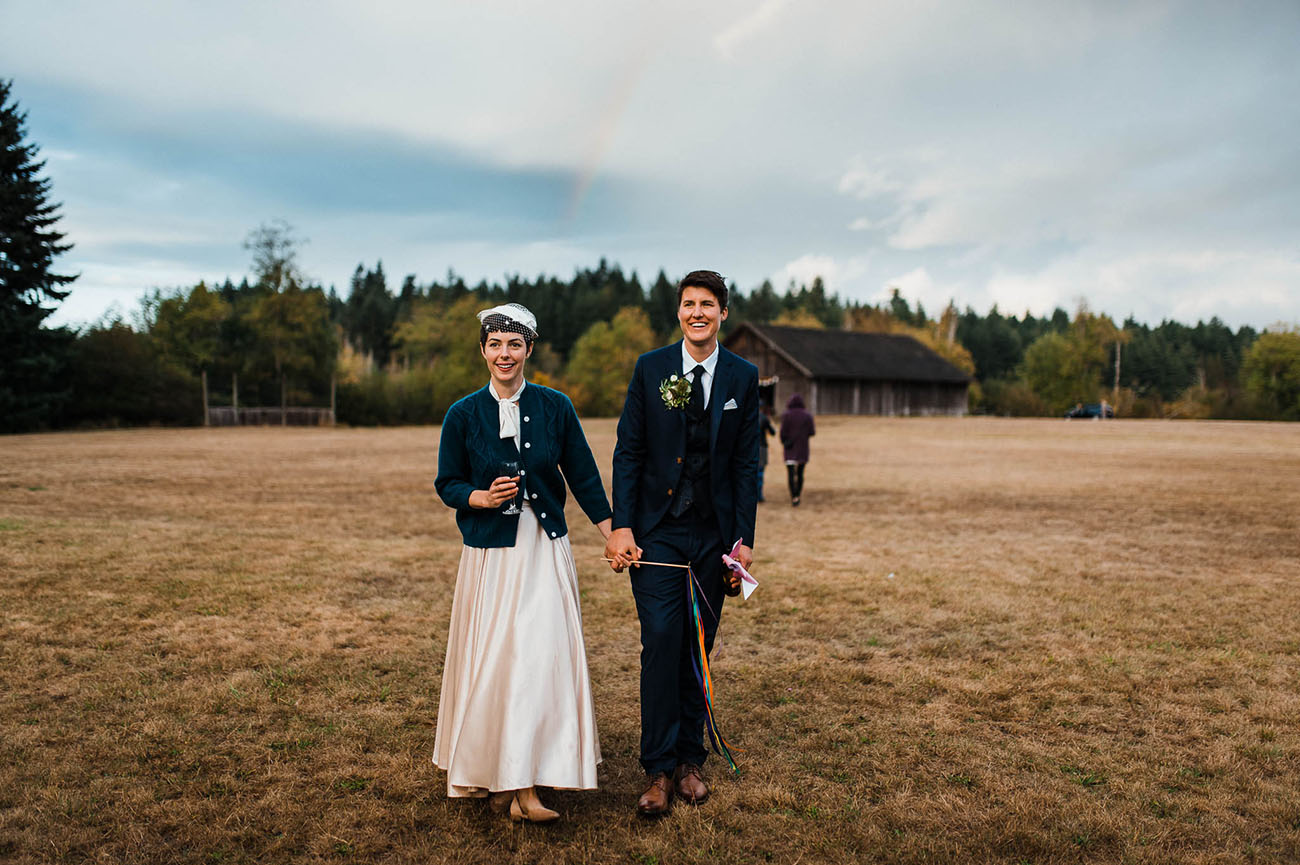 The newlyweds tell us: Courtney’s suit was unfortunately the most complicated process of the wedding. Courtney opted for a custom-made suit by Kipper Clothiers in San Francisco. The real trick for her process was to find a tailor experienced in tailoring a men’s suit to a female body. 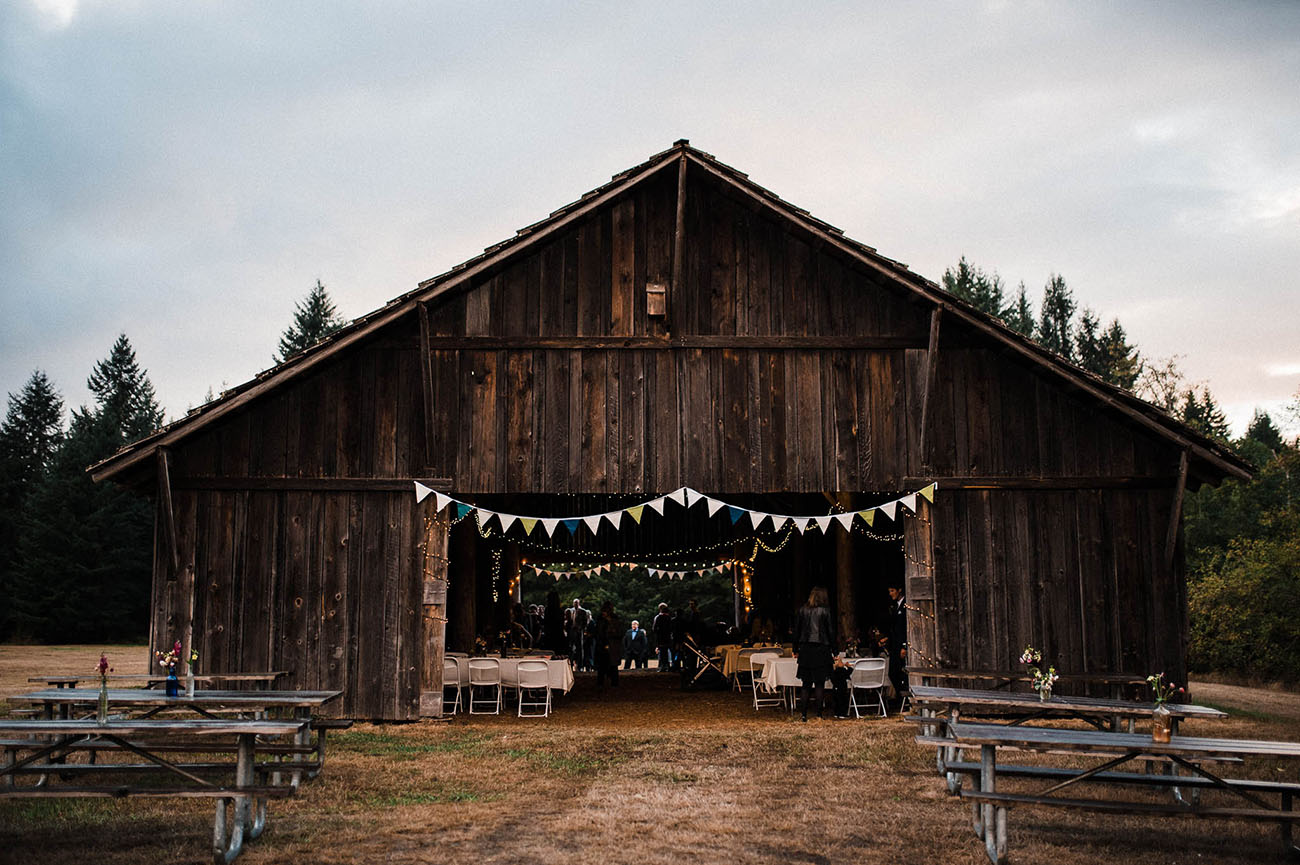 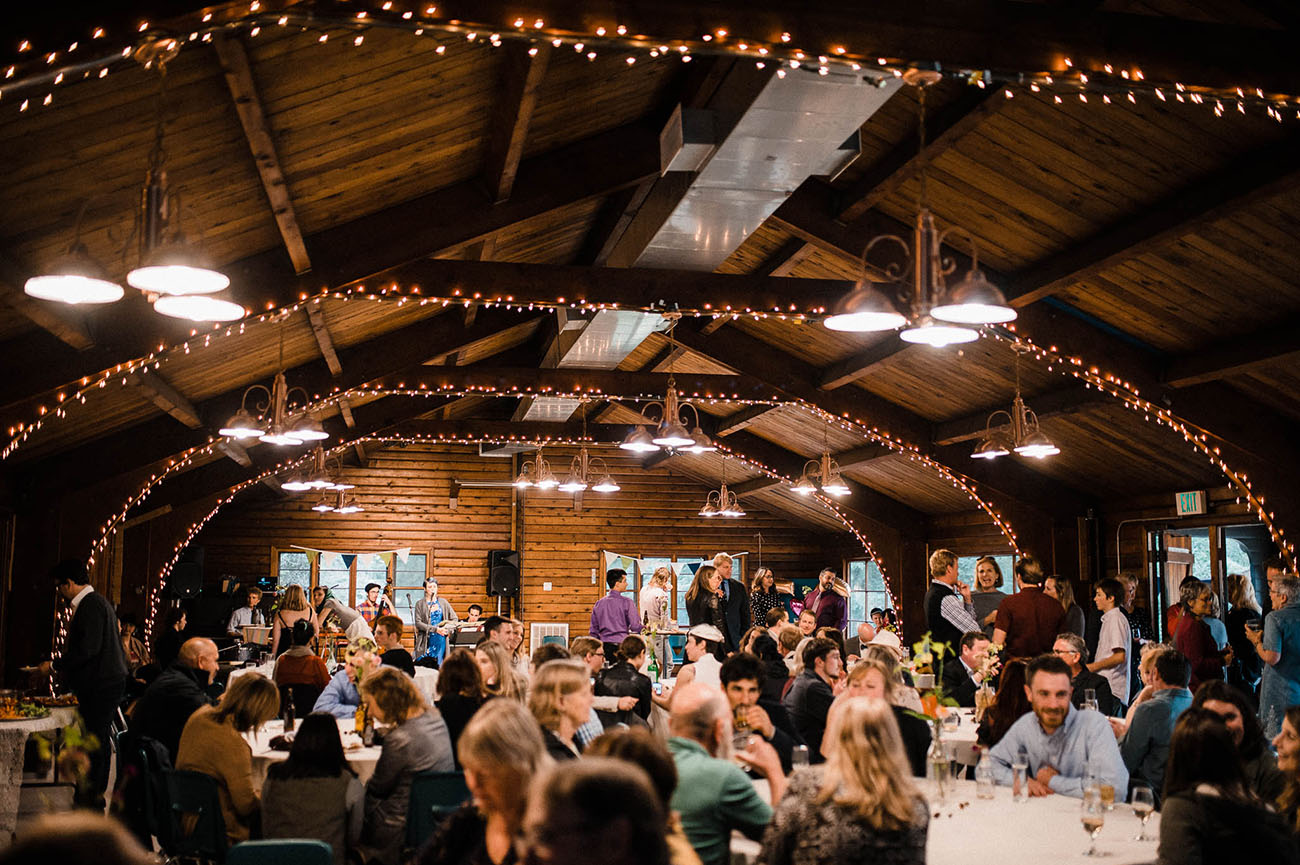 If you’re thinking of cutting corners, don’t skimp on the day-of coordinator!

How fun are these two?! A million congrats, Erin + Courtney!!