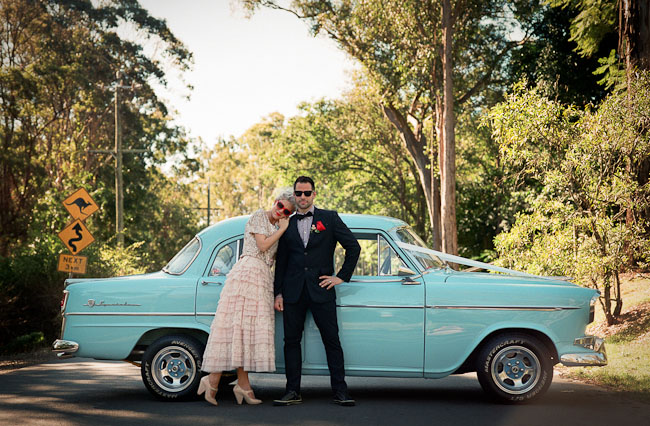 With a limited budget of only $5000 and a five week period to organize the whole event, Pia + Jesse decided to make their wedding day an intimate affair with 30 of their closest friends and family. Since Jesse was in the Australian Army, he was away from home leading up to the event, so that left Pia in charge to plan everything – with weekly calls to Jesse to discuss everything! :) And as the universe would have it, the only chapel and day that it was available was the very same one her parent’s were married in 27 years ago – and on the same exact date!

So the small country chapel was transformed into the centerpiece of the whole day. Friends gathered, pictures were instagrammed, babies cried, the Australian sun shone on, and in the middle of all of this, two people who are each other’s best friends said out loud that they wanted to spend the rest of their lives together. Congrats to Pia + Jesse and big thanks to Us is Greater Than You Plus Me Photography for sending this sweet wedding my way! 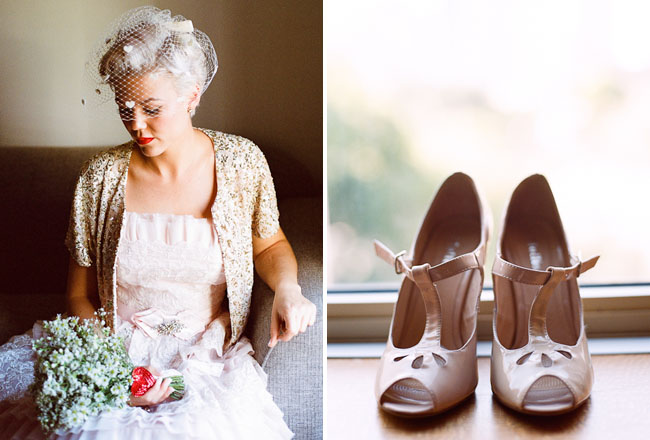 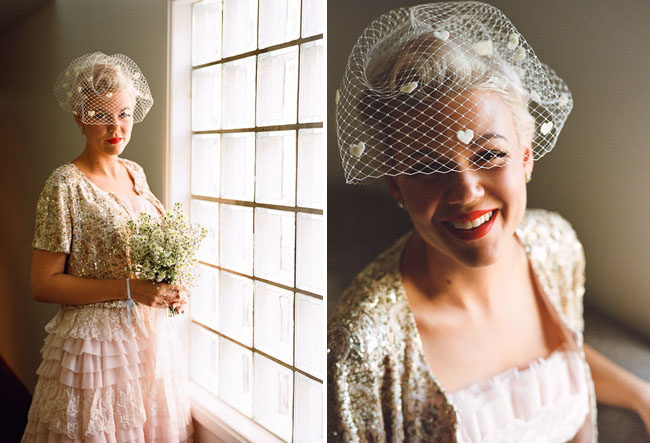 As we both love the 1950’s, we wanted our wedding to be loosely themed around that era. I had found my dress on ebay years ago, and purchased it because it was such a bargain and too good to resist! It had been hanging in my wardrobe for years, waiting for its special moment!! It was an original 50s prom dress with beautiful fluffy layers of pink and cream tulle and lace. Jesse purchased his suit from Ben Sherman, and topped it off with a cute bow tie! 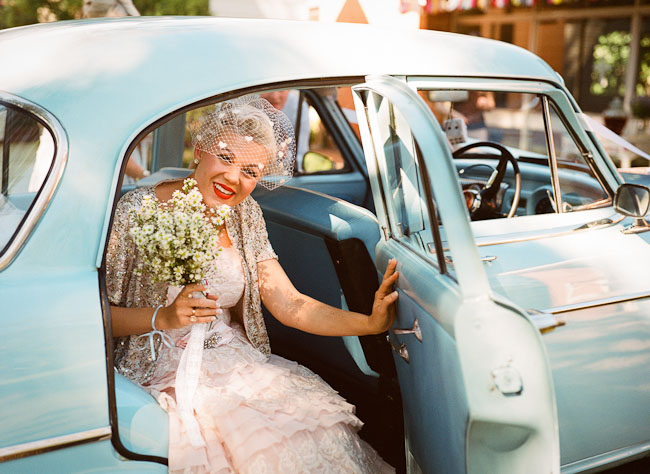 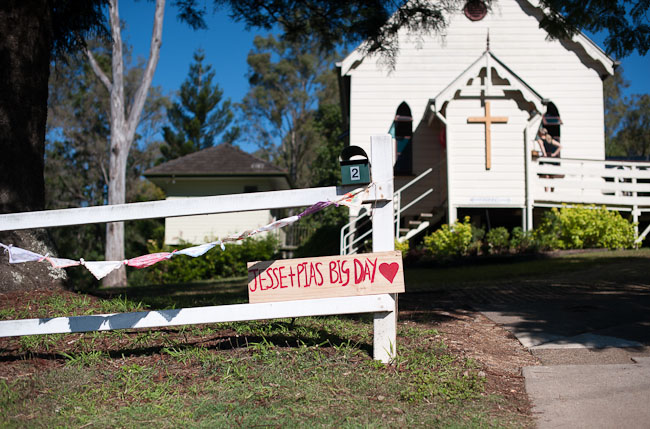 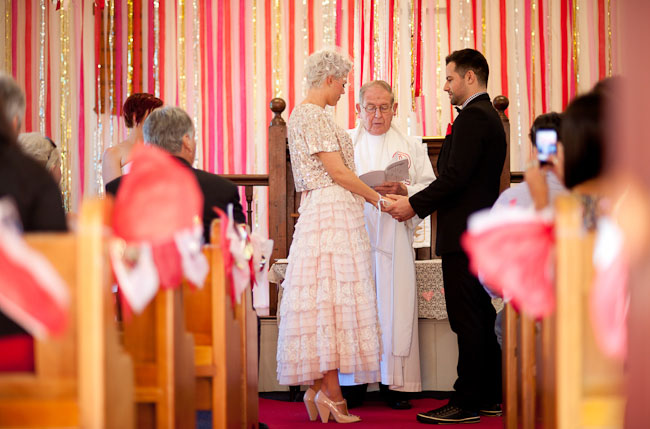 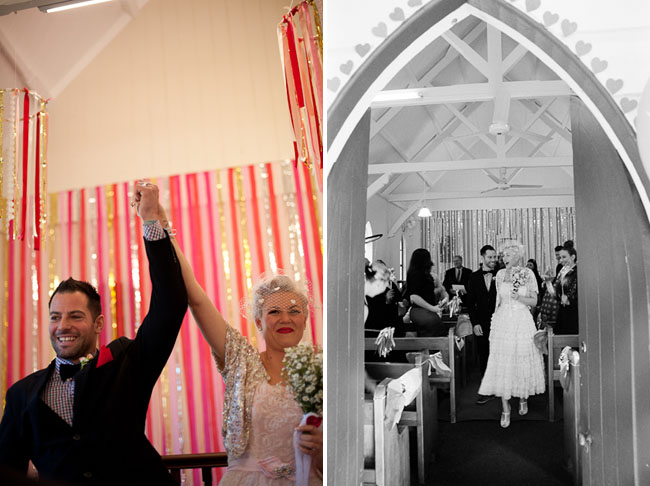 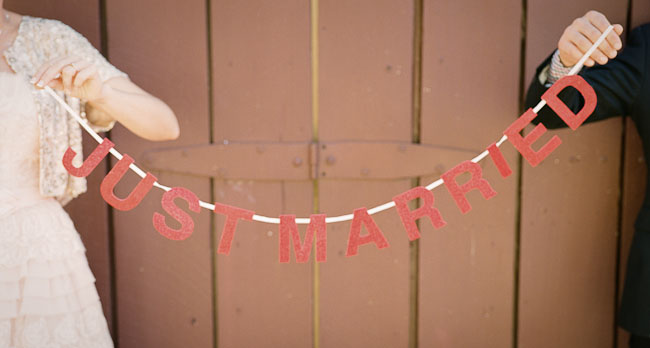 Processional: You and Me – Penny and the Quarters (Blue Valentine Soundtrack) 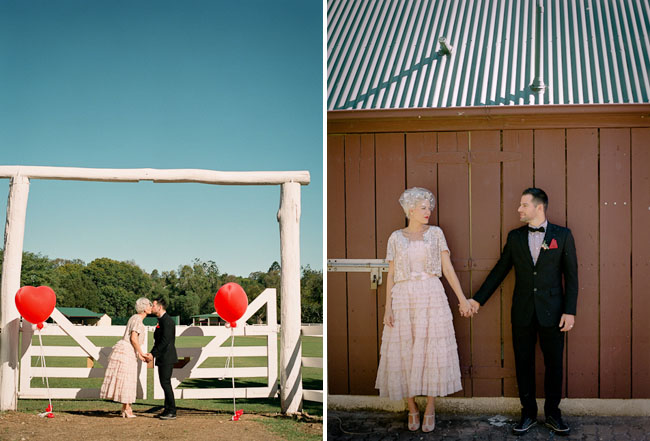 My husband-to-be arrived home the week before the special day, and after not seeing him for almost six months, we spent that week together enjoying each other company, tying together loose ends, and placing the final touches – including the gold and sequin trimmings – to our ceremony venue background! 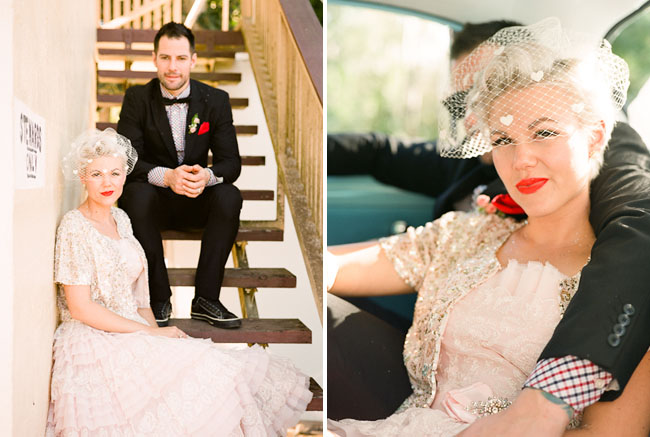 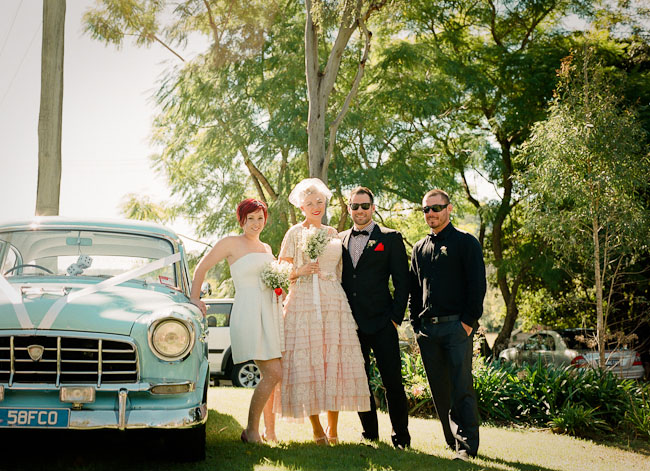 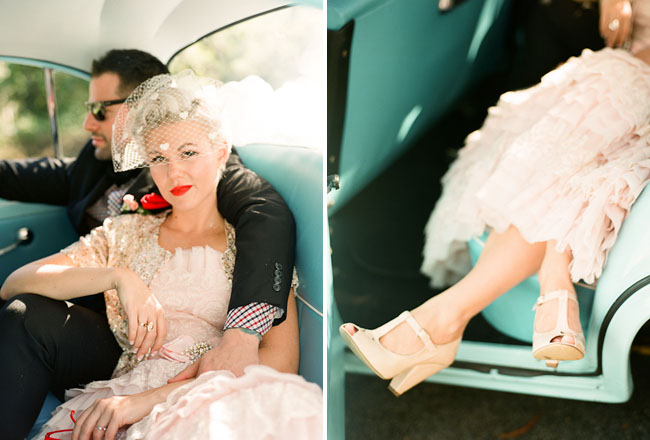 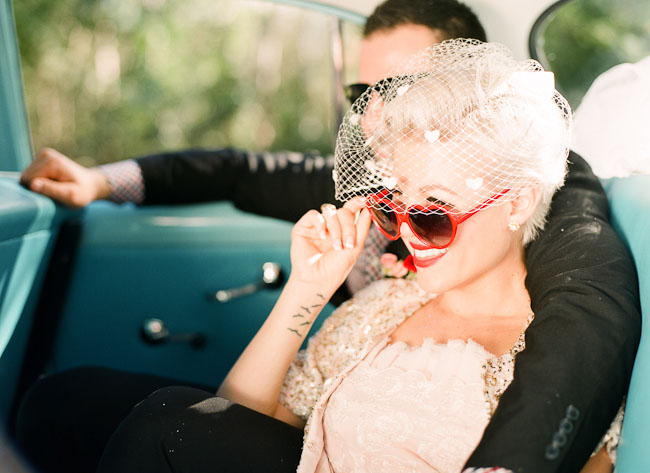 After the ceremony, everyone then headed into the reception which was more of a tea party! Held in a historical tea house, with cakes + tea + a few glasses of champagne. Pia brought her own touch to the room with pairs of Love Cats being apart of every table. At the reception, guests would take a picture of themselves with an Instax Camera, write a message on the picture, and that became the basis of the guestbook that was put together after the wedding day. 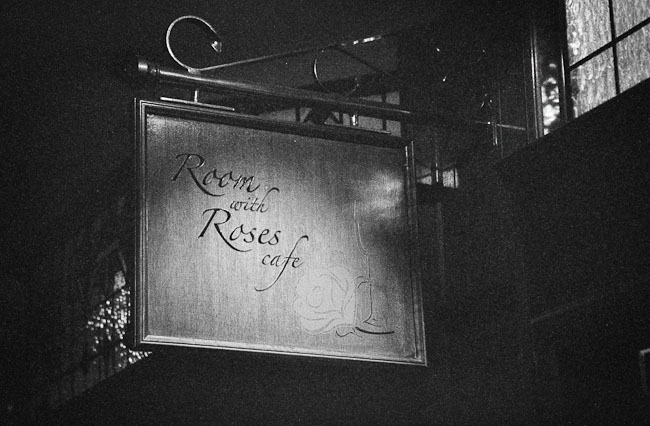 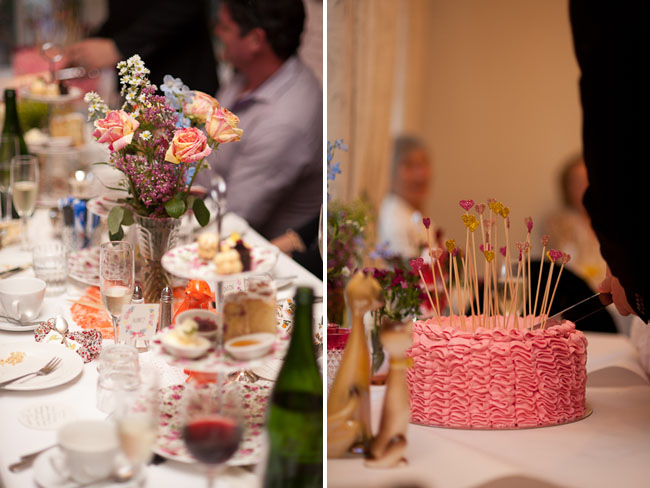 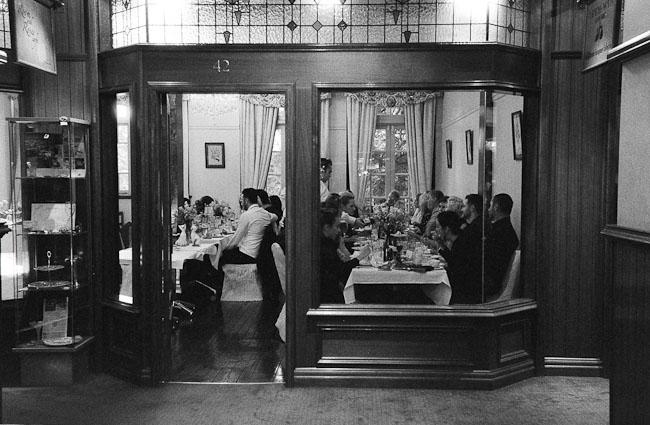 And their lovely film by Honey House Productions!

I would advise for other brides to not get so caught up in the ' fuss ' of the day. The day happens so quickly, its best not to stress and get caught up with the little things! A relaxed bride is a happy bride! Also, I would advise for those planning now to avoid spending so much money! You don't need to spend lots of money to make your wedding day memorable! Crafternoons with family and friends, treasure hunting at flea markets, and creating things which have meaning to you both as a couple is so very special in developing the wedding day for you both!