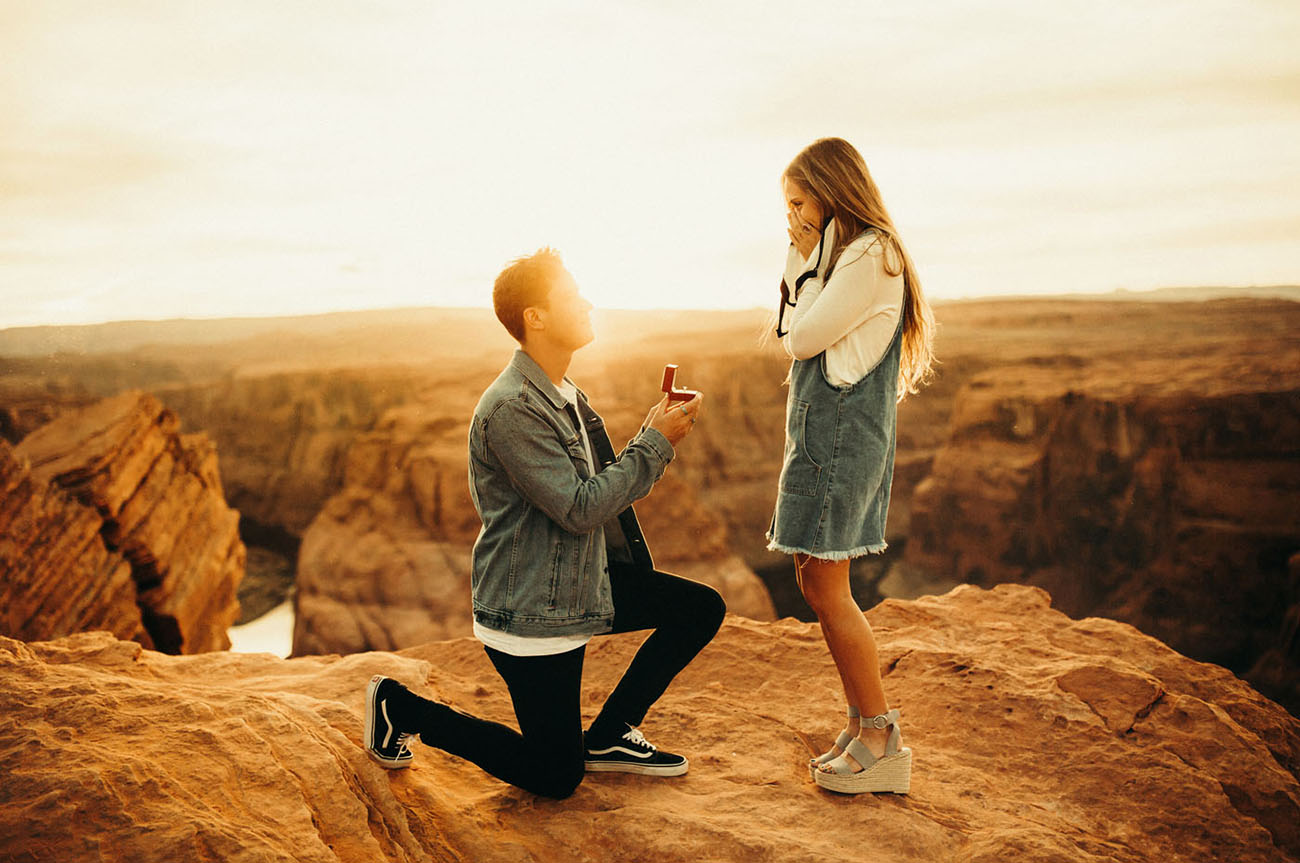 There’s nothing more fun than being “in” on a surprise! Unless, of course, you’re the recipient and it happens to be the best surprise ever! Olivia of Olivia Markle Photography was the former in this scenario, the gal behind the camera as Michael planned a surprise proposal on a magical trip to Arizona. McCall was the latter—unknowingly along for the ride that would change her life forever. Eeeek! So exciting!!

We asked McCall if she would share the story of the day from her perspective! Here’s how it went down, from the glowing bride to be: Michael started taking me out on dates last April. We got sushi, chilled at bonfires, went to the Chainsmokers concert, and even road tripped to Mexico. We clicked instantly and had such a rad time together. After a year of being together, things began to get more serious. We talked about getting married but decided that we would talk more after this summer had ended. Michael had set up a photo shoot with Olivia Markle down in Arizona, which we were both super stoked about. (Since Michael is a photographer, photo shoots were a common thing.) 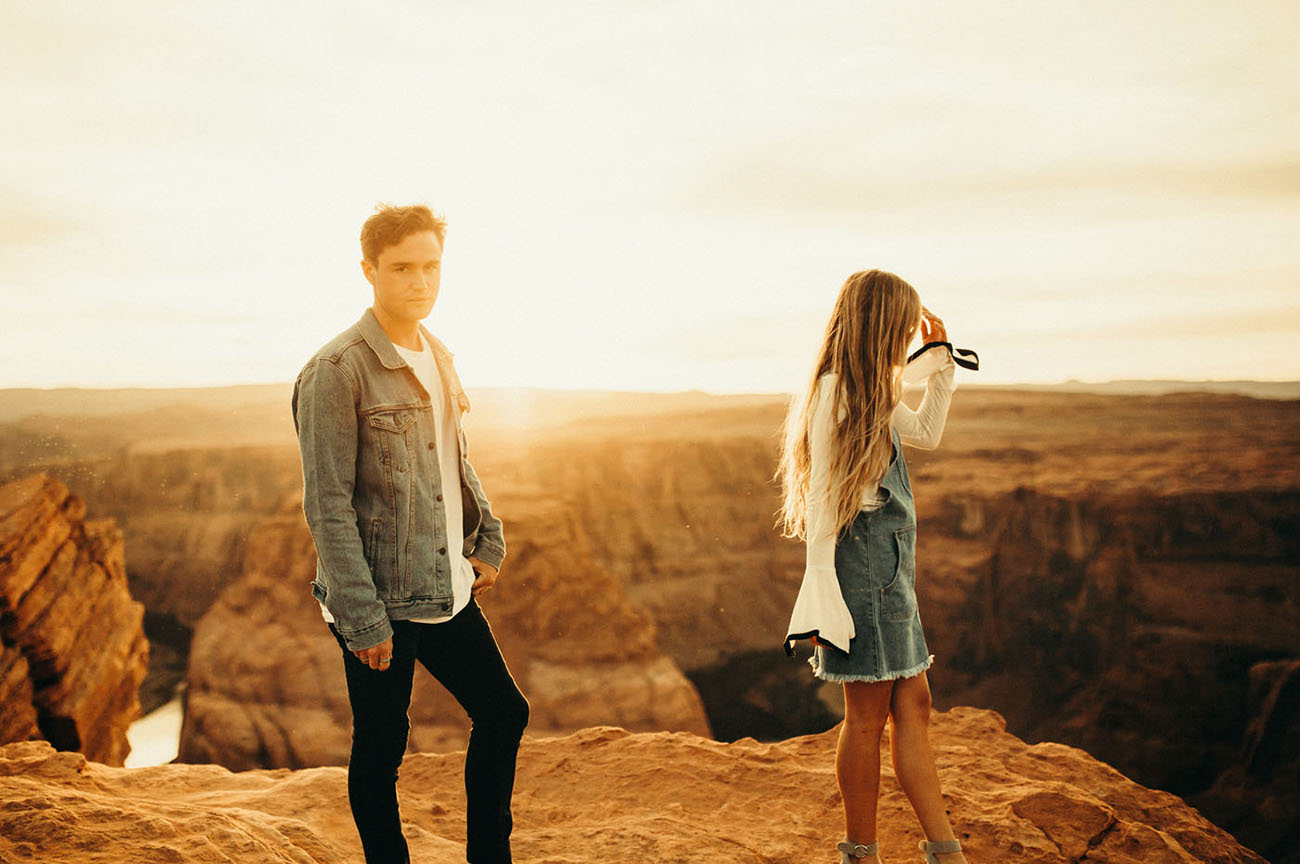 We road-tripped down with a bunch of friends, just like any other weekend and met up with Robbie and Olivia to explore Antelope Canyon. Afterwards, we freshened up and headed to Horse Shoe Bend. We began taking pictures on a cliff next to the bend and Olivia asked me to turn away from Michael—I think that’s when I knew. 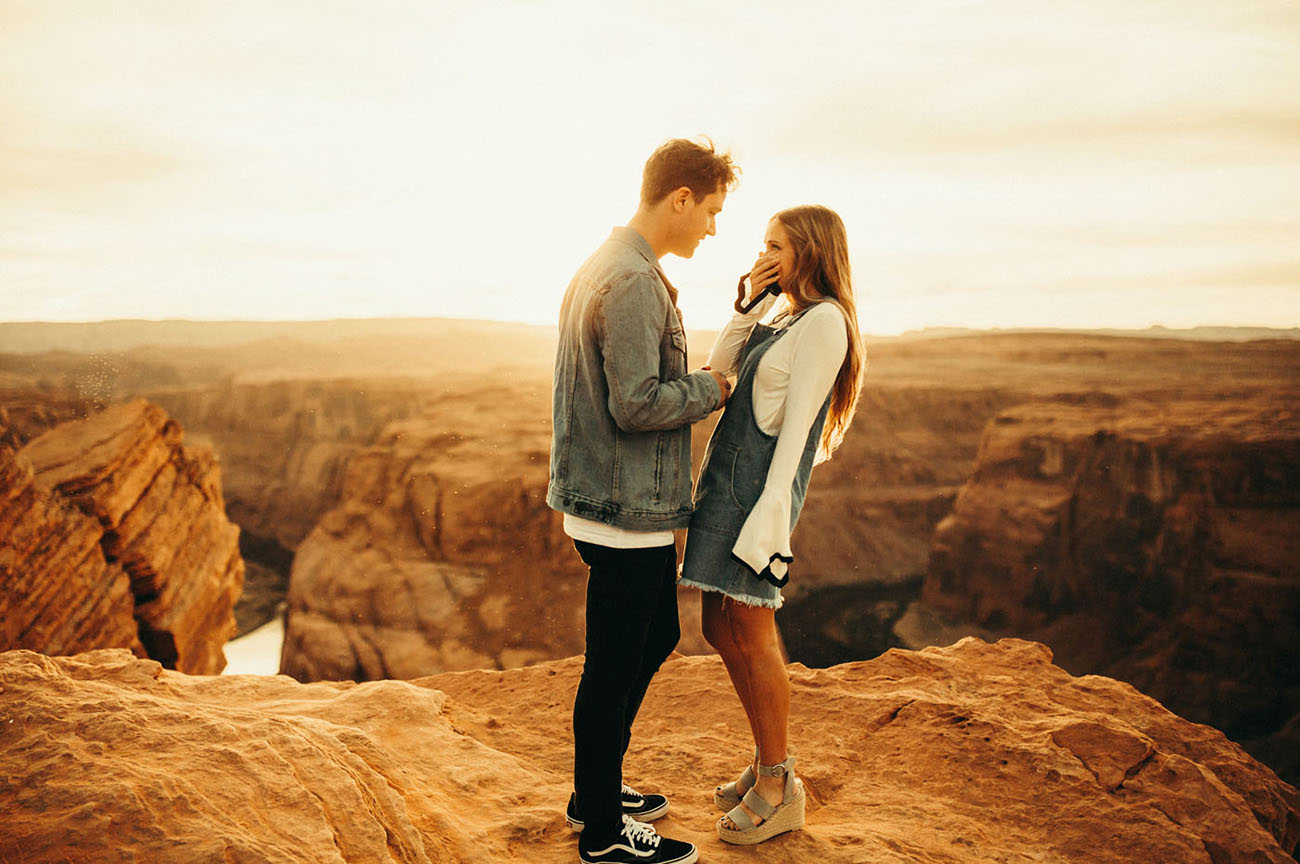 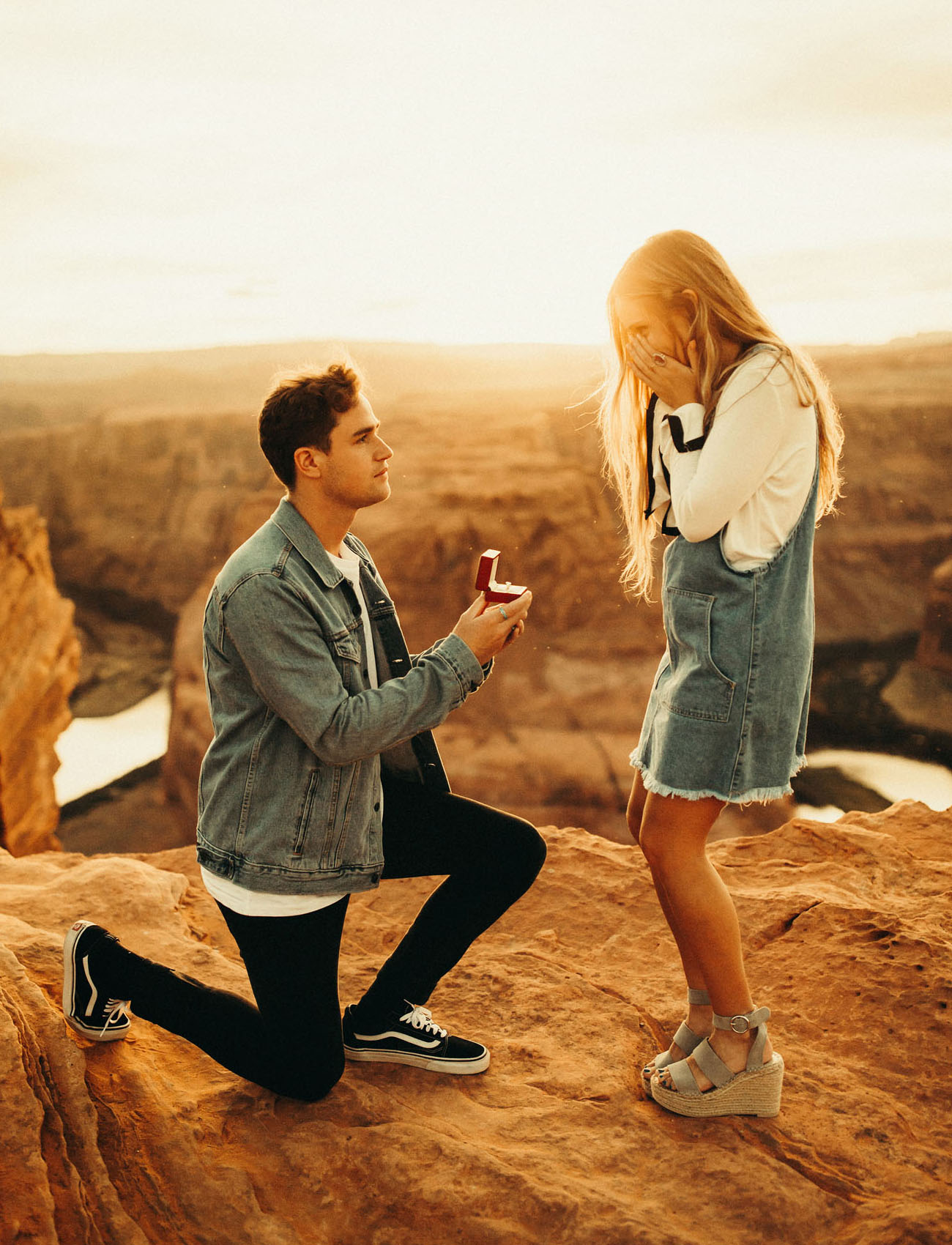 As I turned back around, Michael was holding a box in one hand and holding me with the other. He told me he loved me and knelt down on one knee!!! Ahhhh!!! 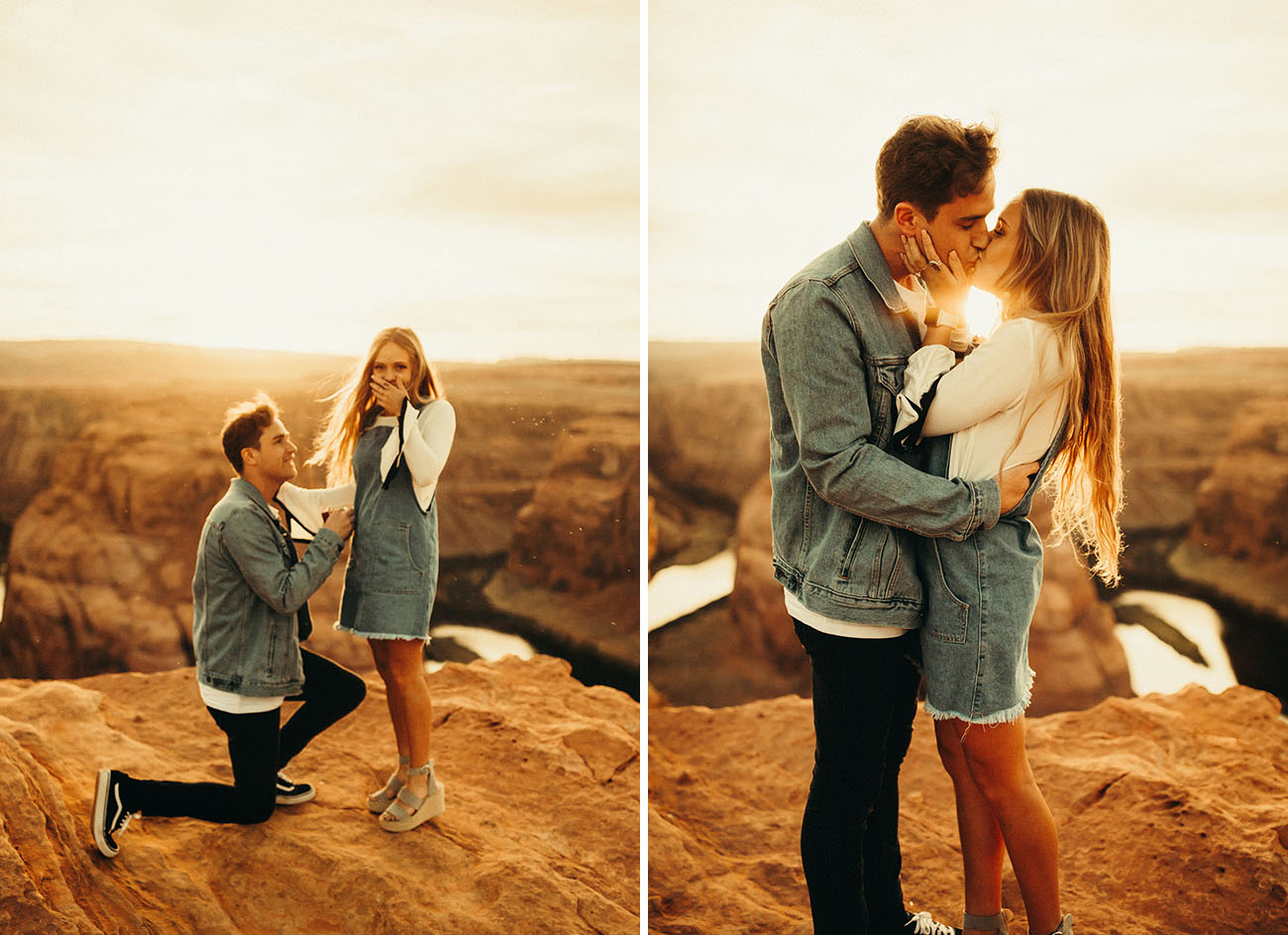 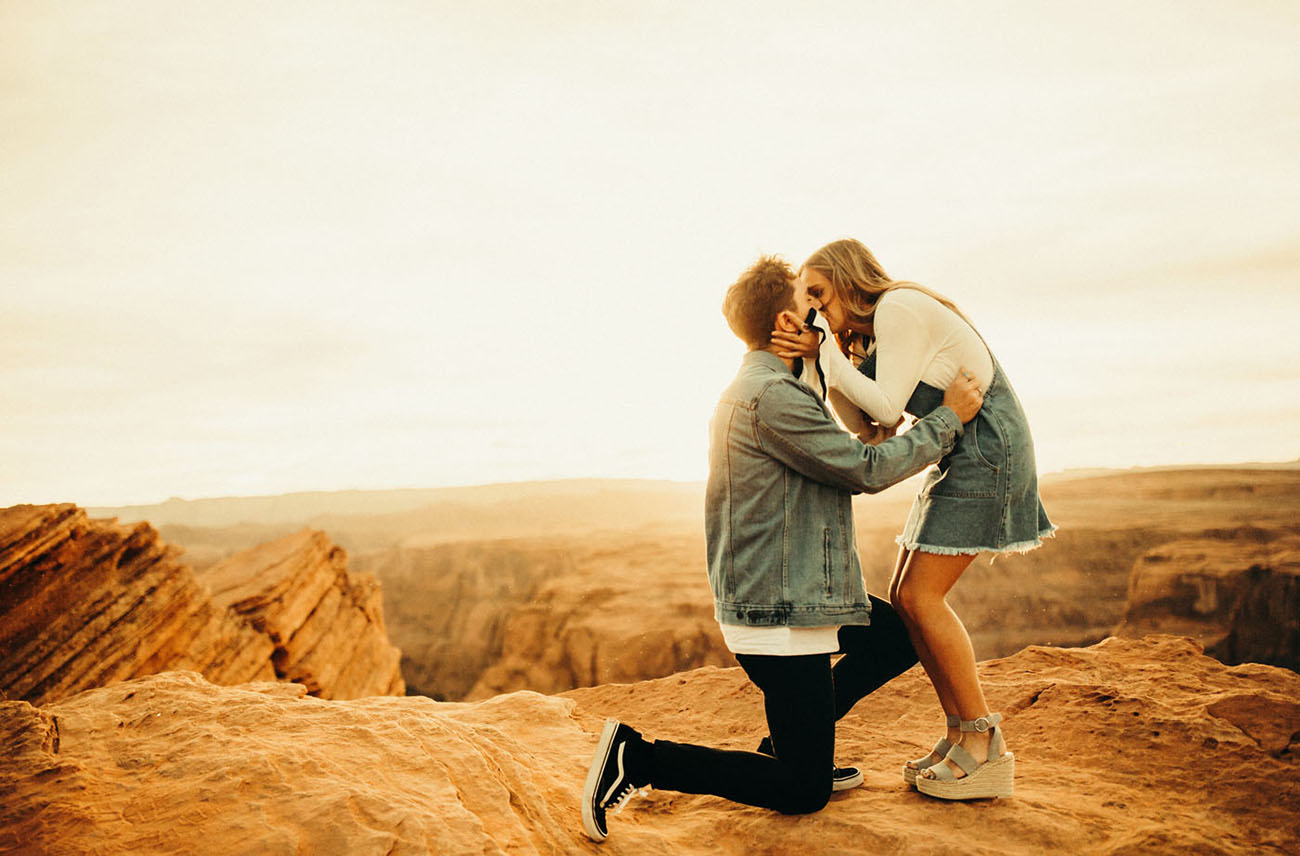 My head was spinning, I was so shocked and so happy at the same time!! Best moment of my life! We kissed and as we looked around, all the tourists were clapping and taking pictures of us, screaming, “Kiss her again!” 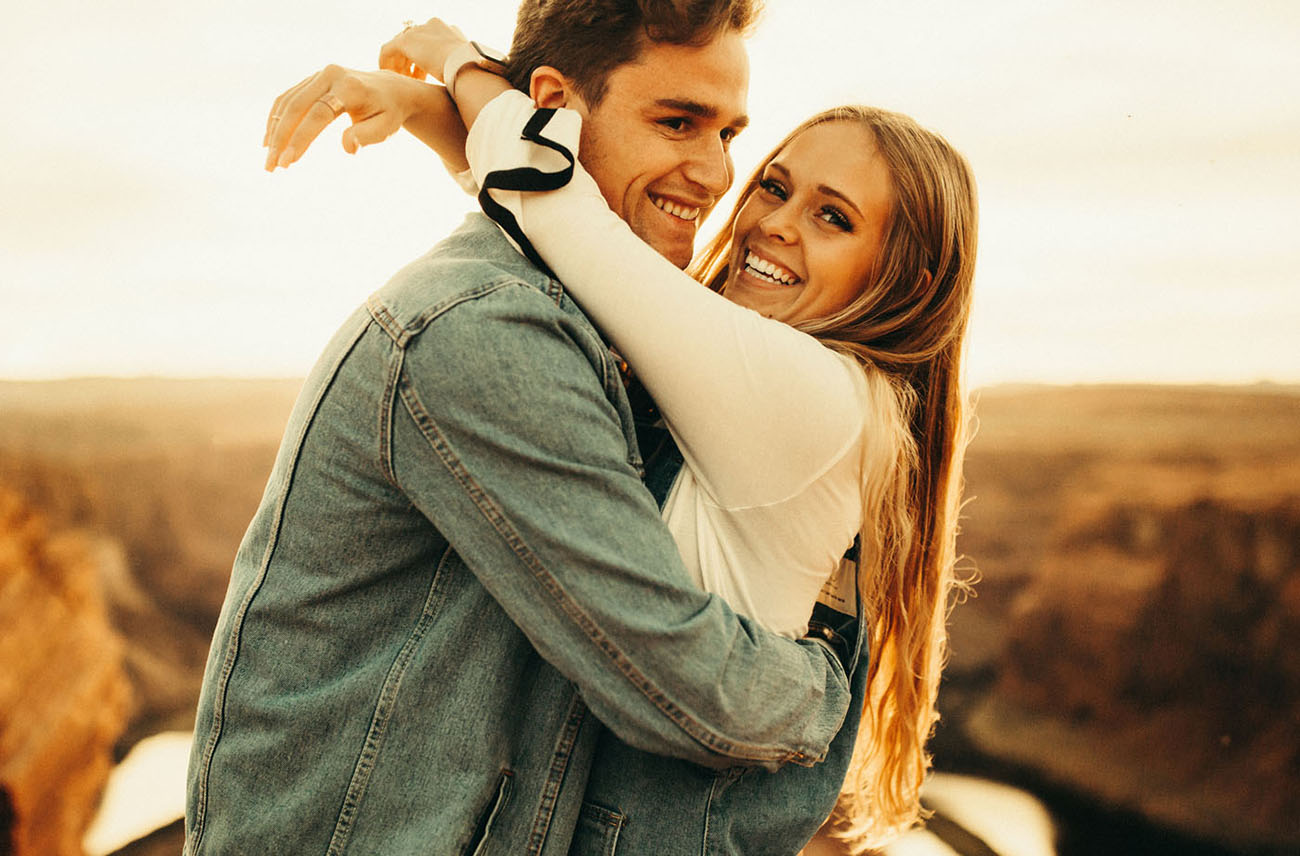 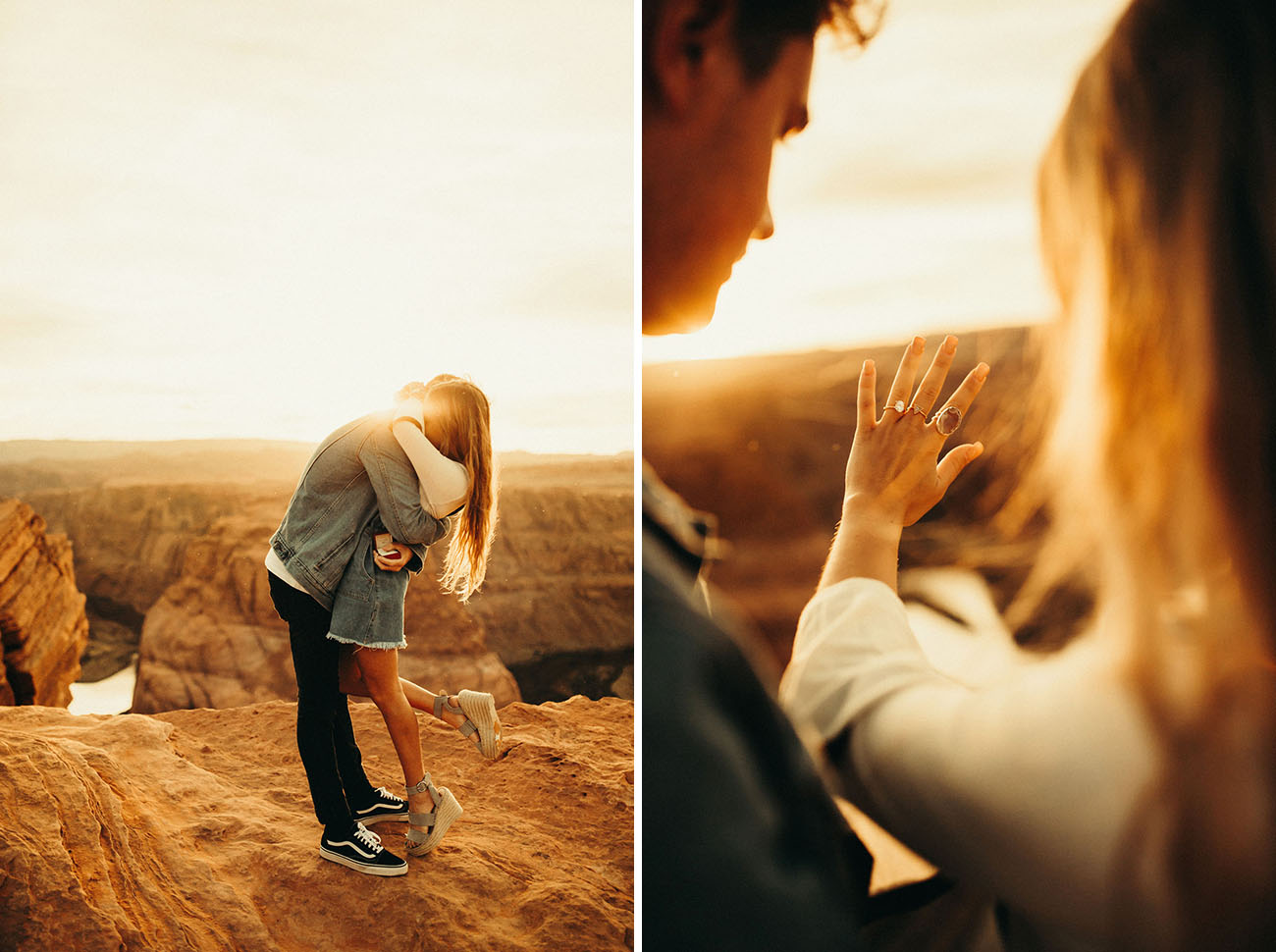 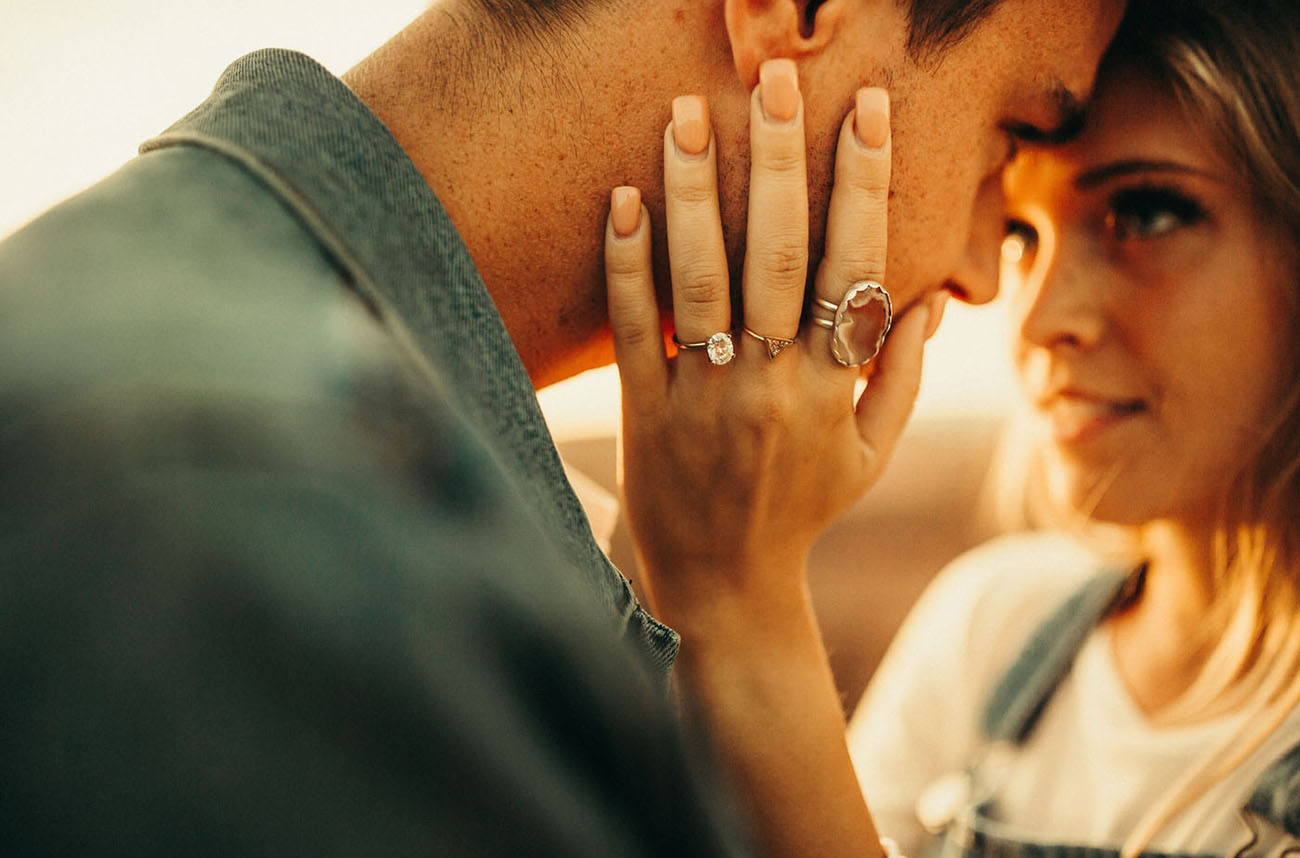 Have a look at that ring from Wilson Diamonds! 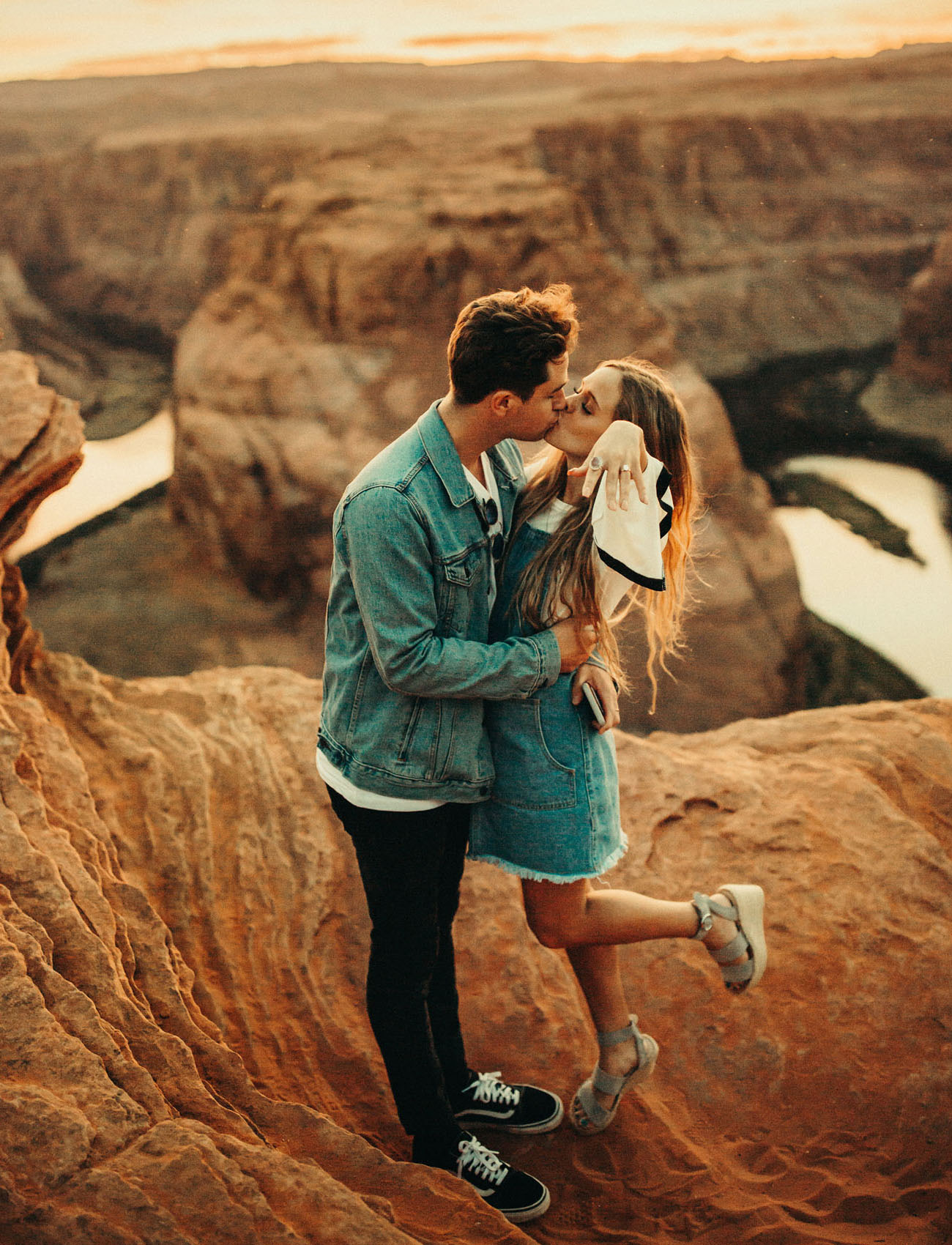 Okay, but hang on: McCall’s outfit is SERIOUSLY cute.

Aren’t they adorable?! Olivia’s husband (Robbie Films) got the pivotal moment on video and, as you can expect, it’s SO sweet: