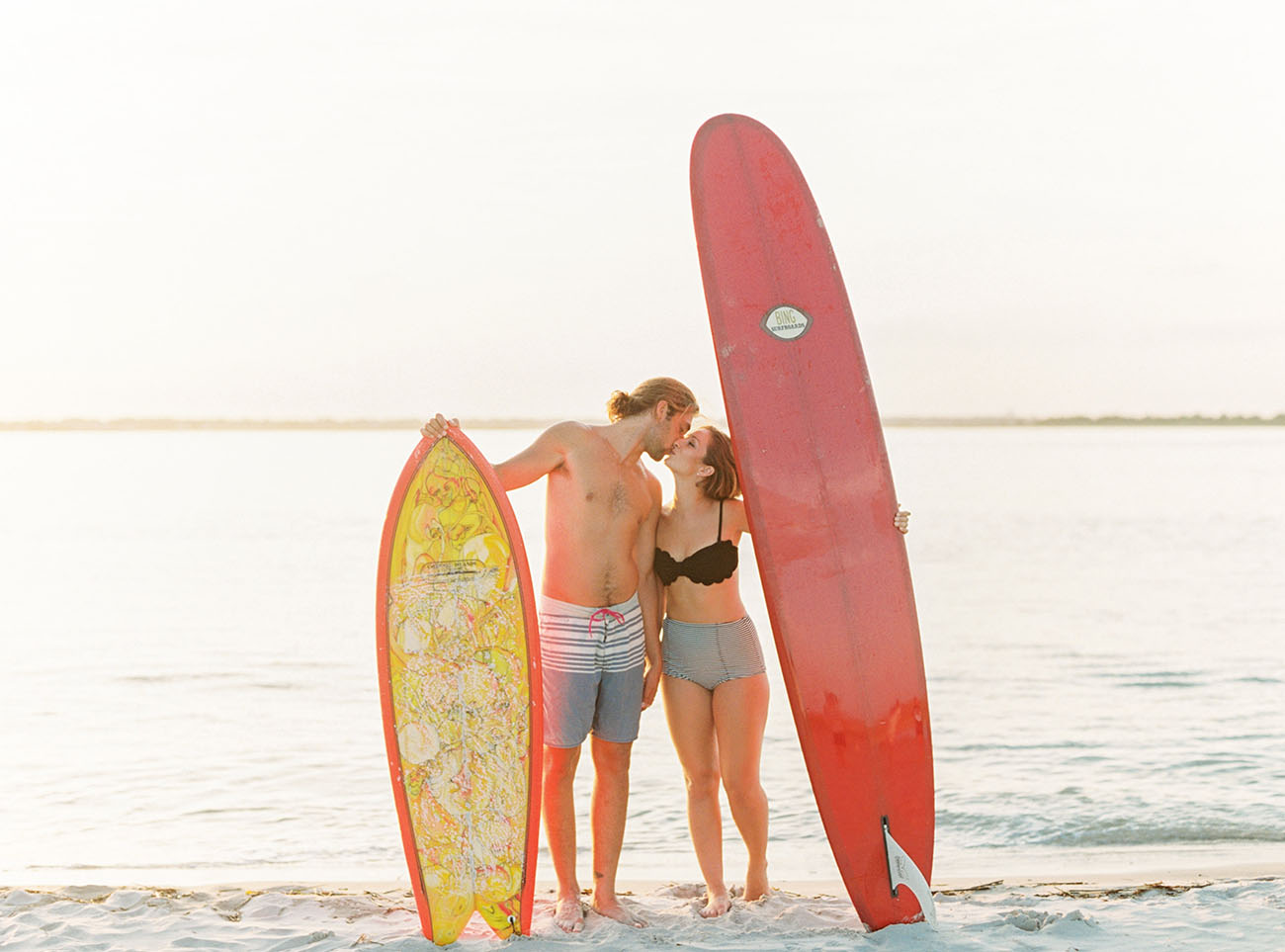 How does a sweet love story and round up of super-cute summery photos sound to start off your Friday? Magi + Scott have been together for several years, and photographer, Lauren Fair, calls them, “pretty much the coolest couple ever.” Yep, we can see that! Scott runs a surf brand and Magi is a talented surf + wedding photographer herself, so it was only natural to incorporate their loves into a summer photo session!

We had to know how Magi + Scott met and if you’re a fan of the guy traveling around the world to get the girl (hello, romance!) then this one’s for you: 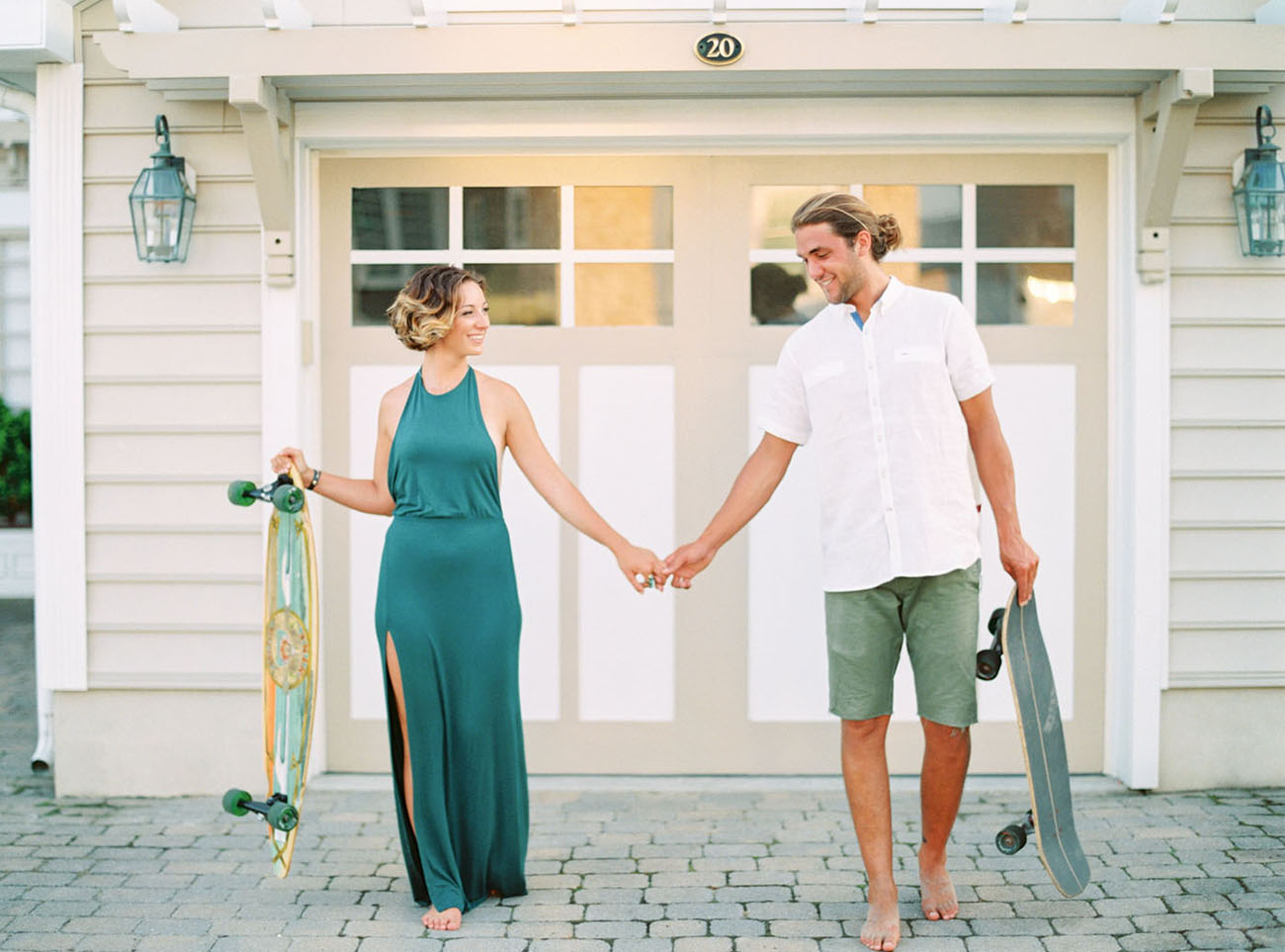 We were both taking a horticulture (gardening) class in college. I was in the beginning of my sophomore year while Scott was a junior. I always noticed him and thought he was cute, but we never talked in class. Then one night at a Halloween party he came up to me and said, “Hey, you’re in my gardening class right? Do you need the notes for the last class you missed?” Classic. So we exchanged numbers. 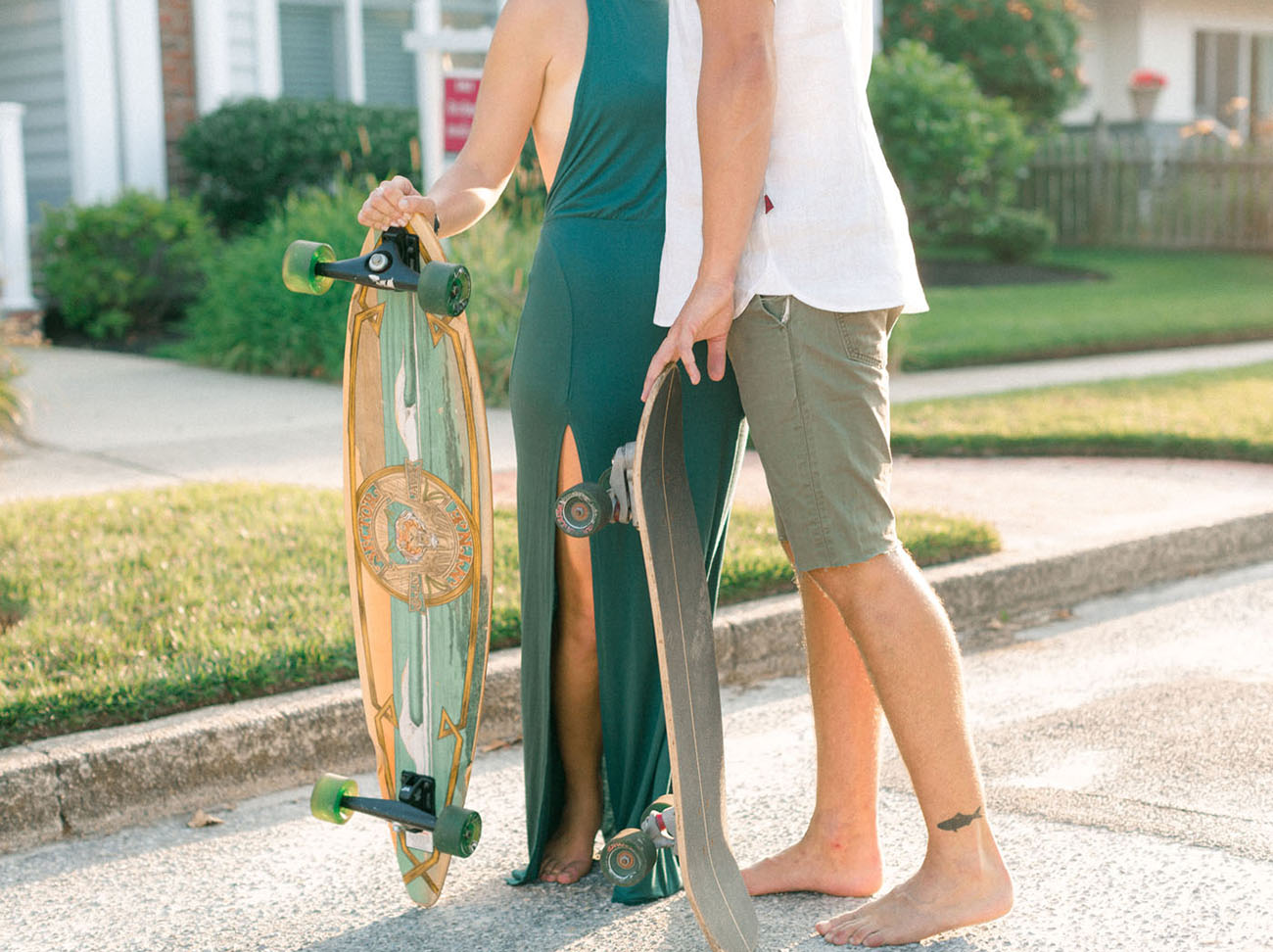 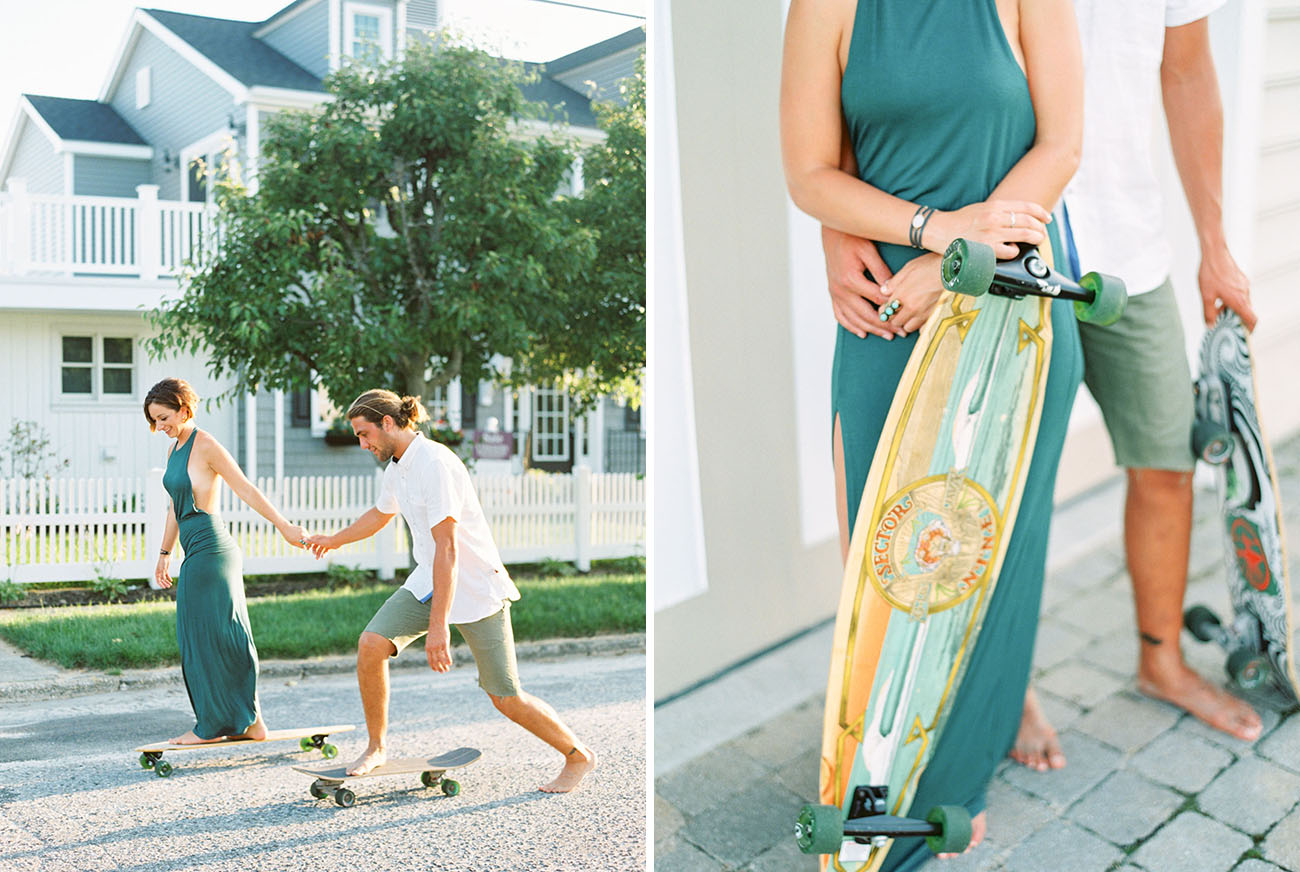 The couple that skate together… 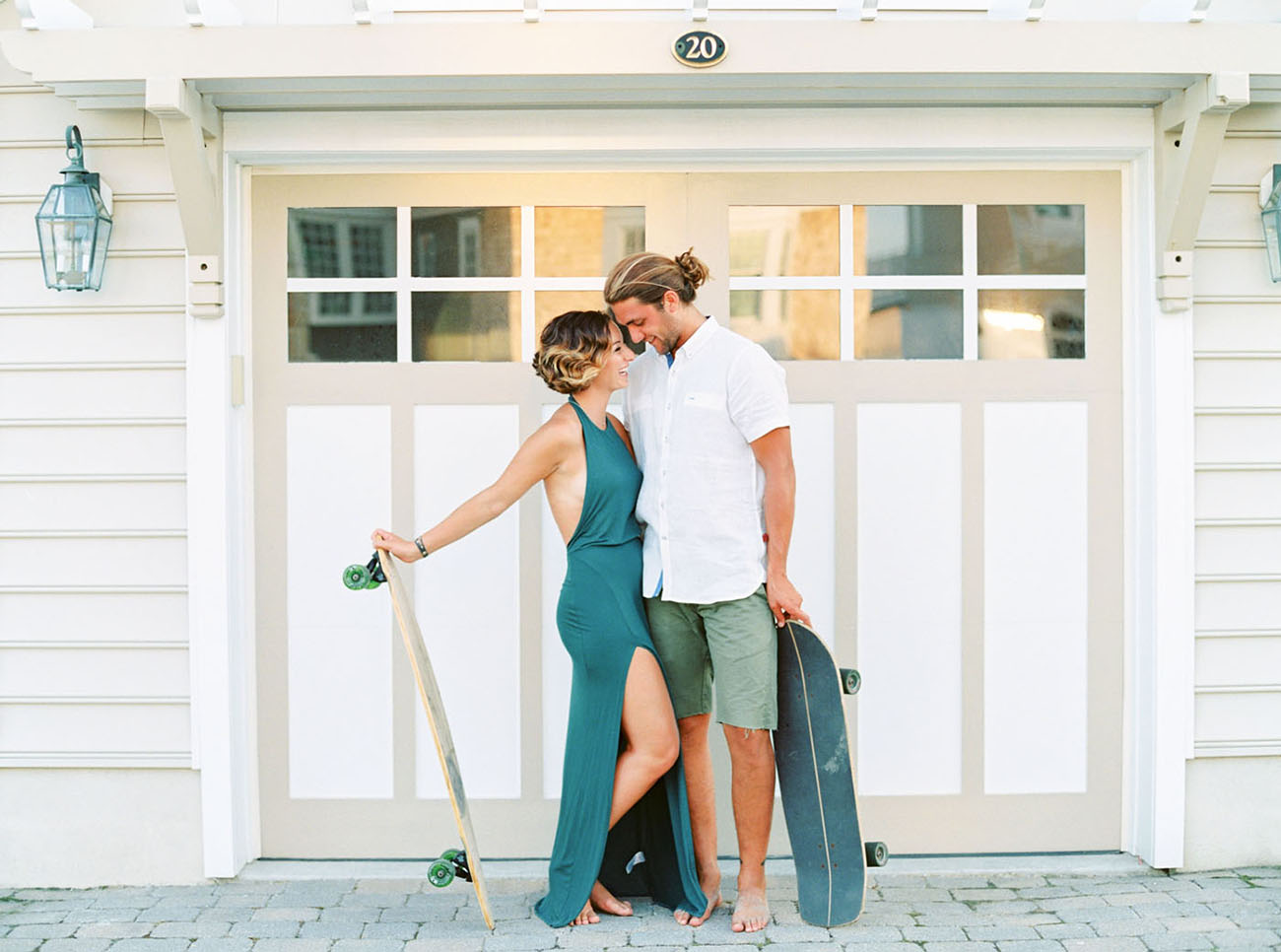 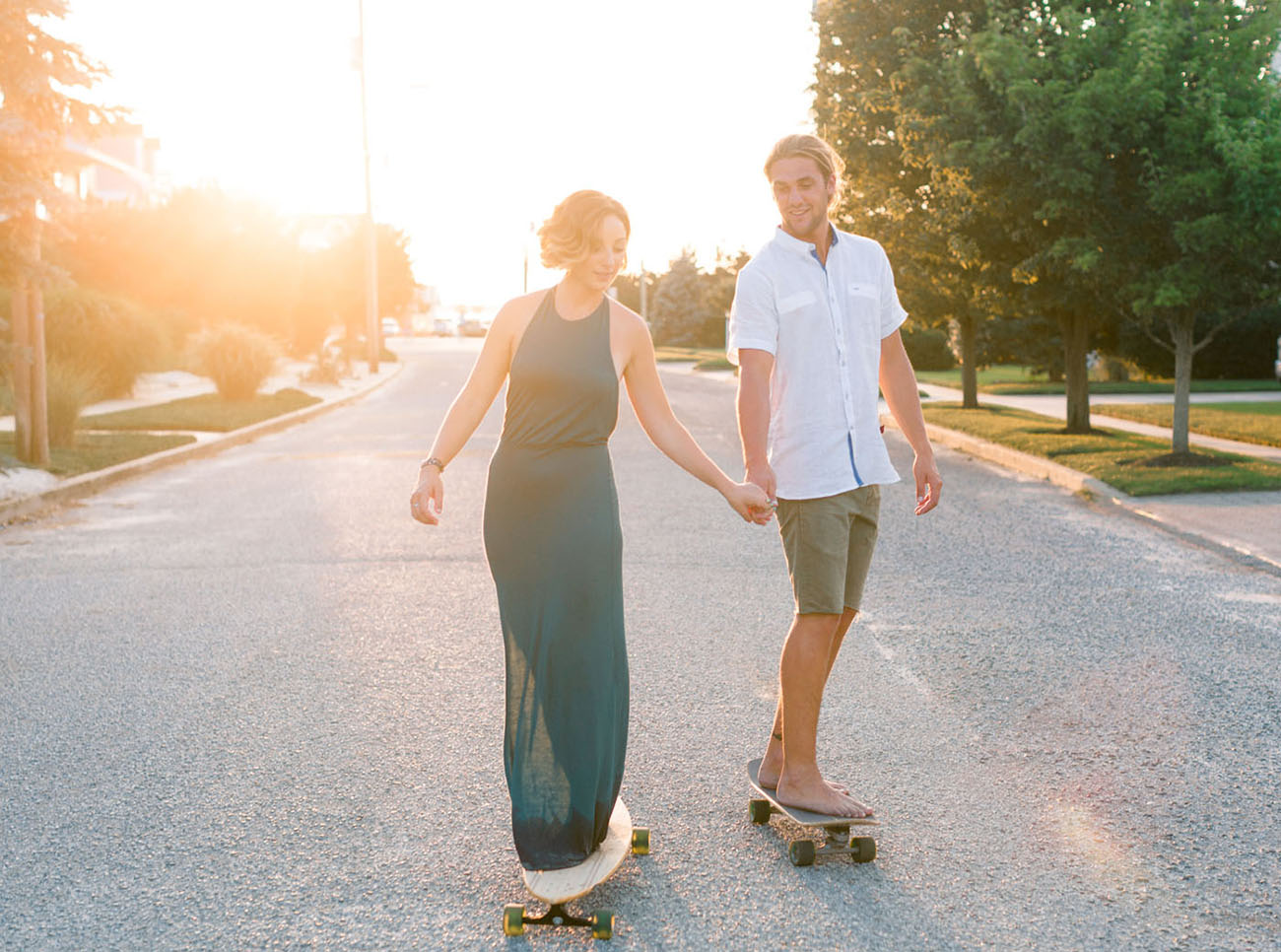 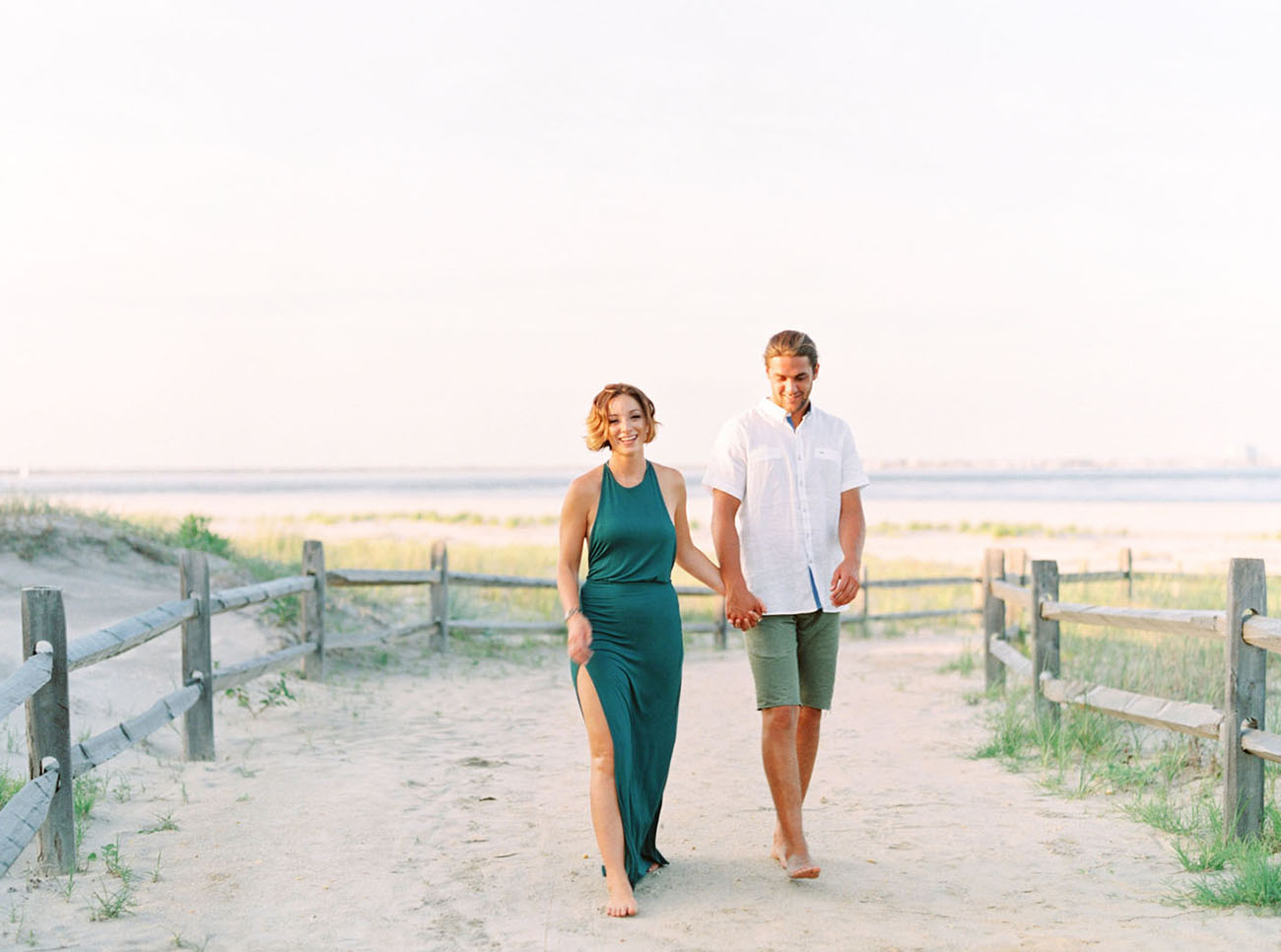 He asked me on a date straight away and for the remainder of the semester we hung out and got to know each other, going on dates and snowboarding together. The next semester I studied abroad in Italy and prior to leaving, Scott asked me to be his girlfriend. As much as I liked him, the timing seemed off since I was leaving for 5 months and we had just started to get to know each other…so I said no. 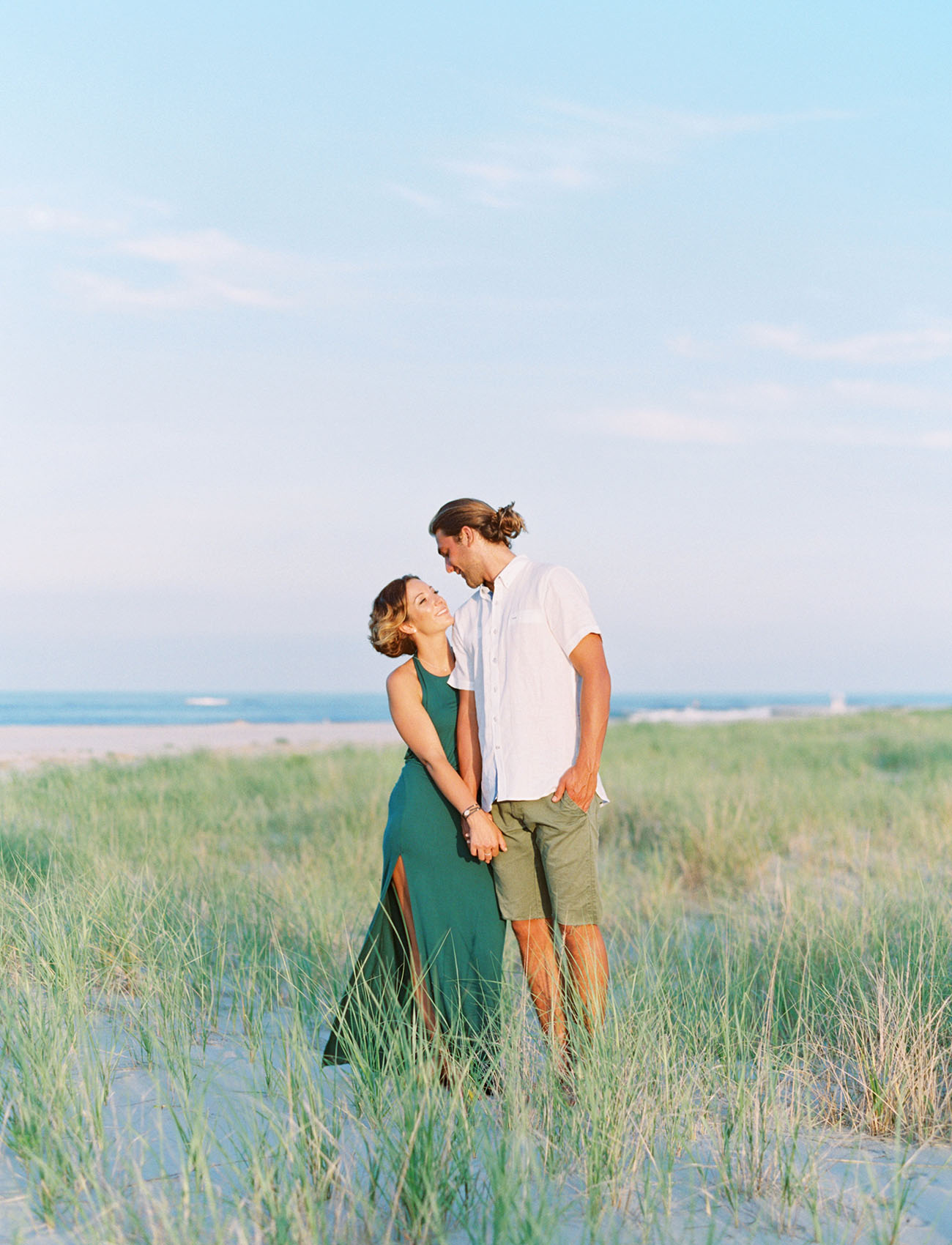 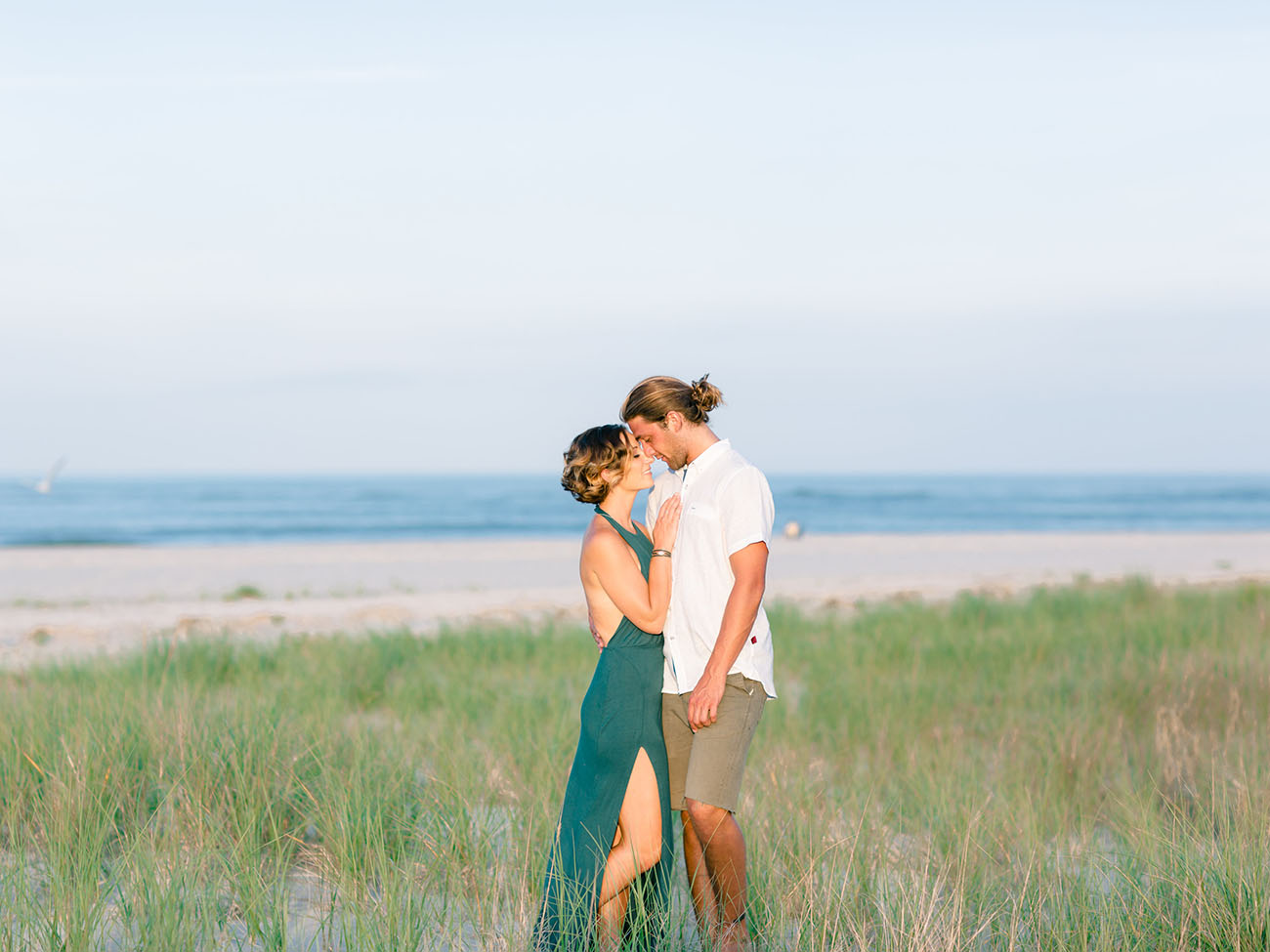 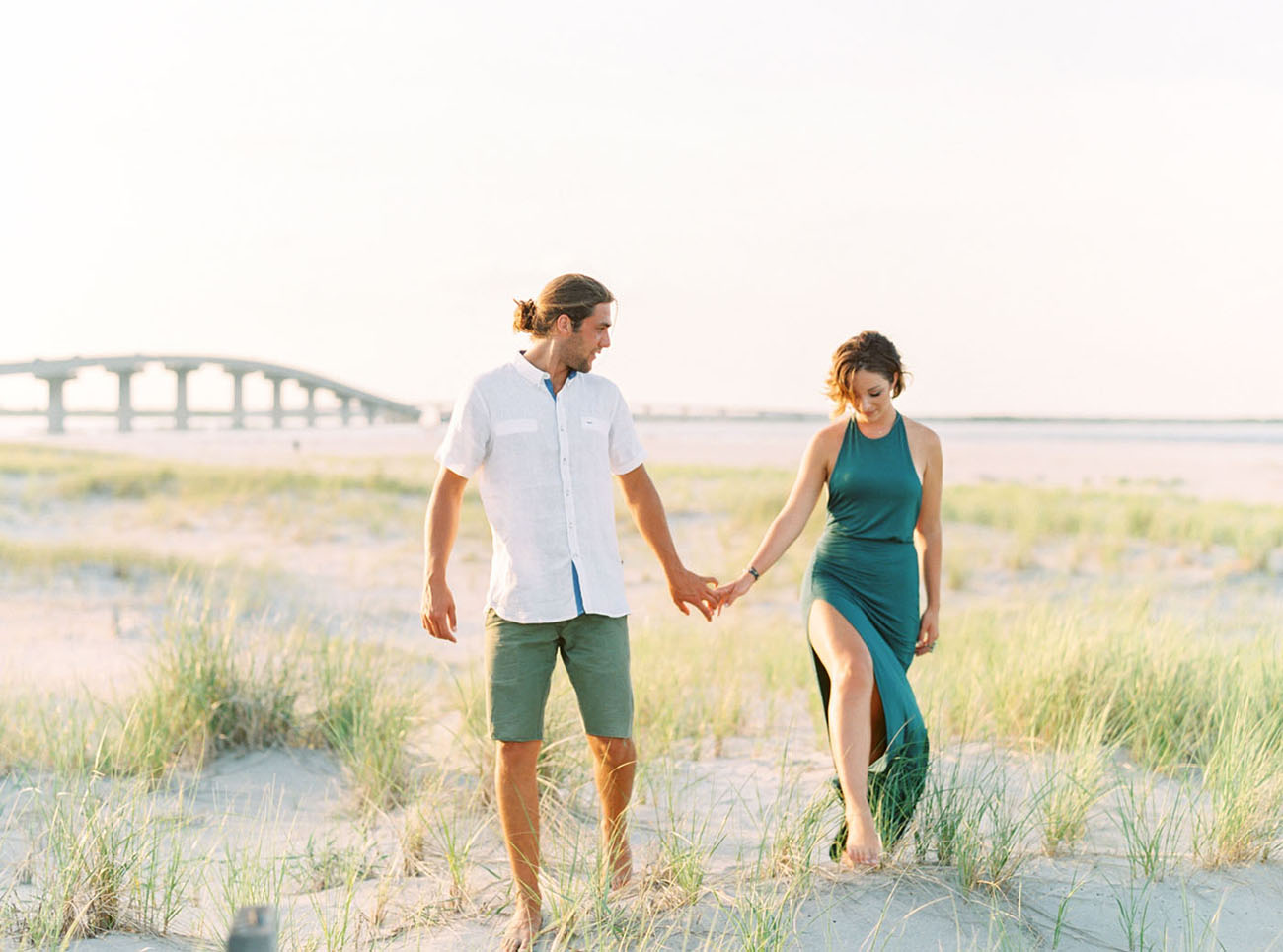 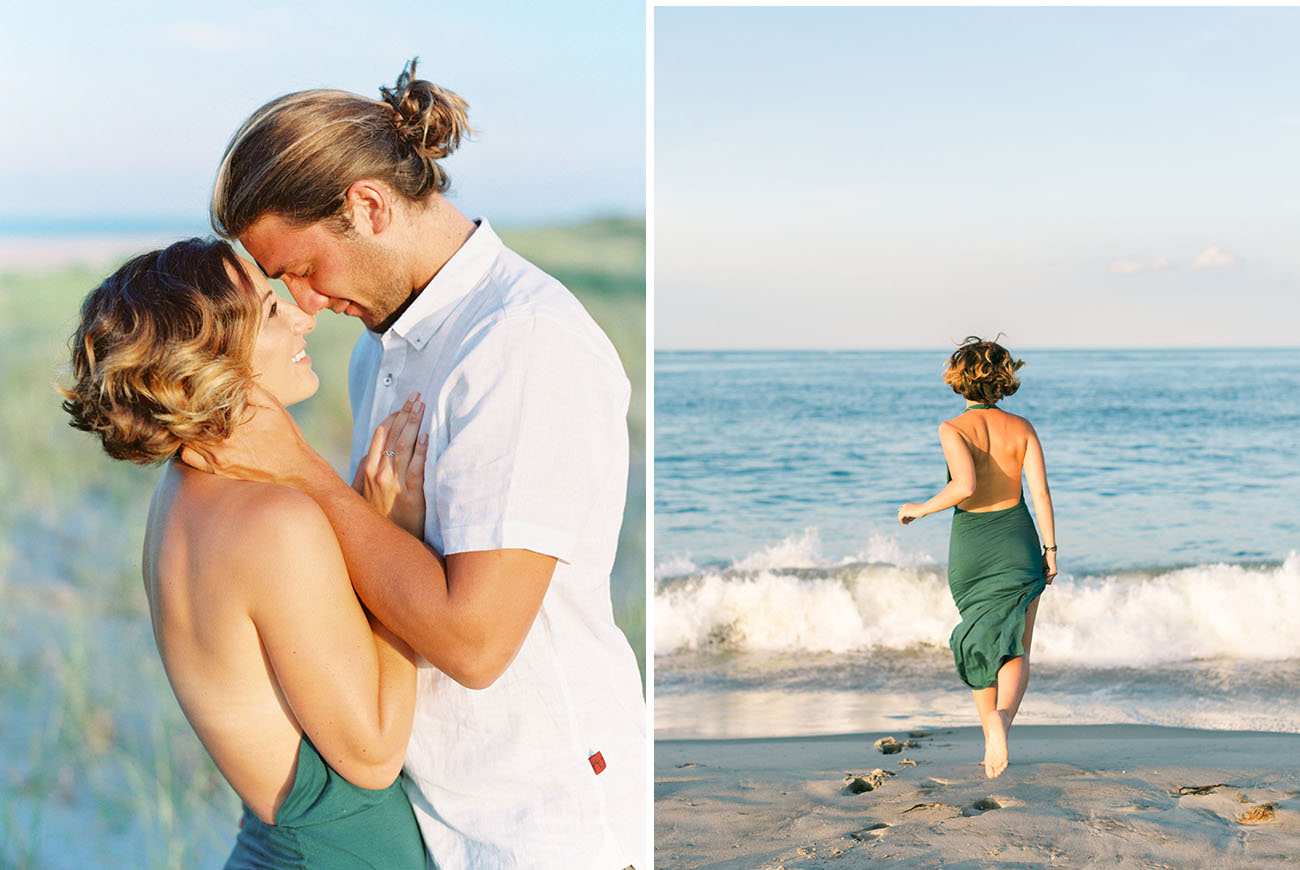 How cute are these two?! 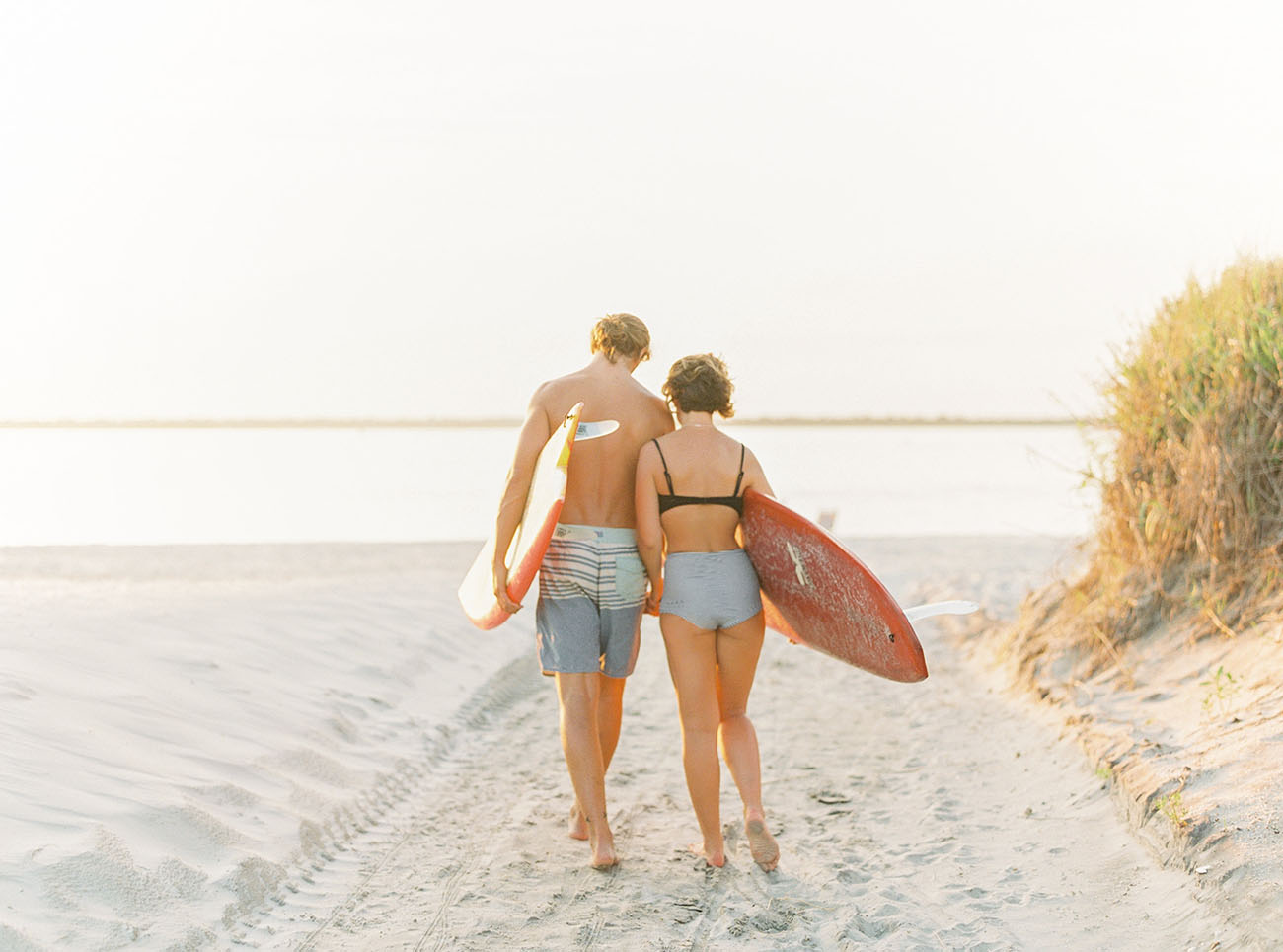 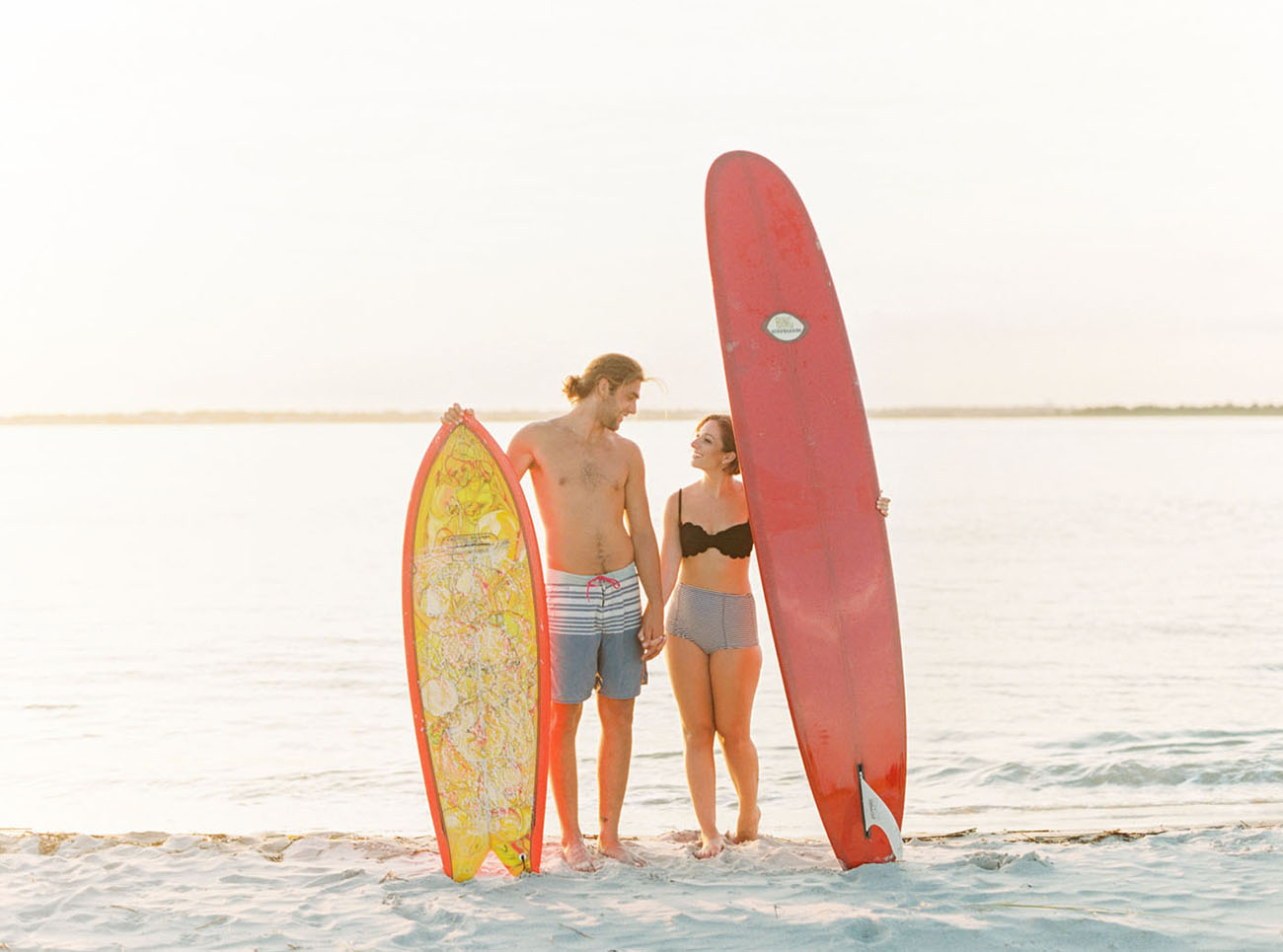 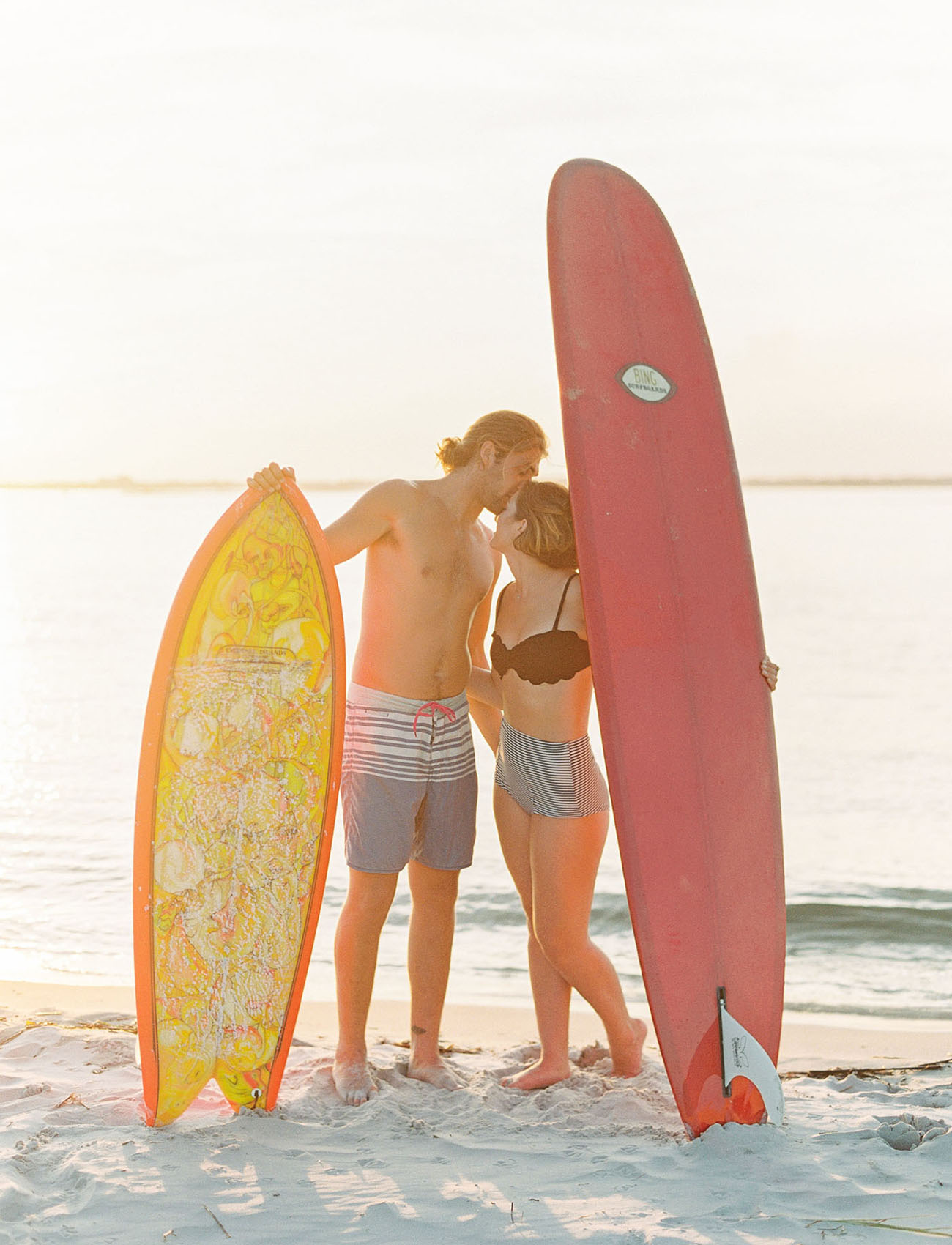 Well, Scott ended up flying out to Italy later that semester and asked me to be his girlfriend then! (He says when you know you know.) We adventured through Italy + Portugal for two weeks, and one night in Tuscany on a roof top drinking wine after exploring Florence he said, “So, will you be my girlfriend now?” 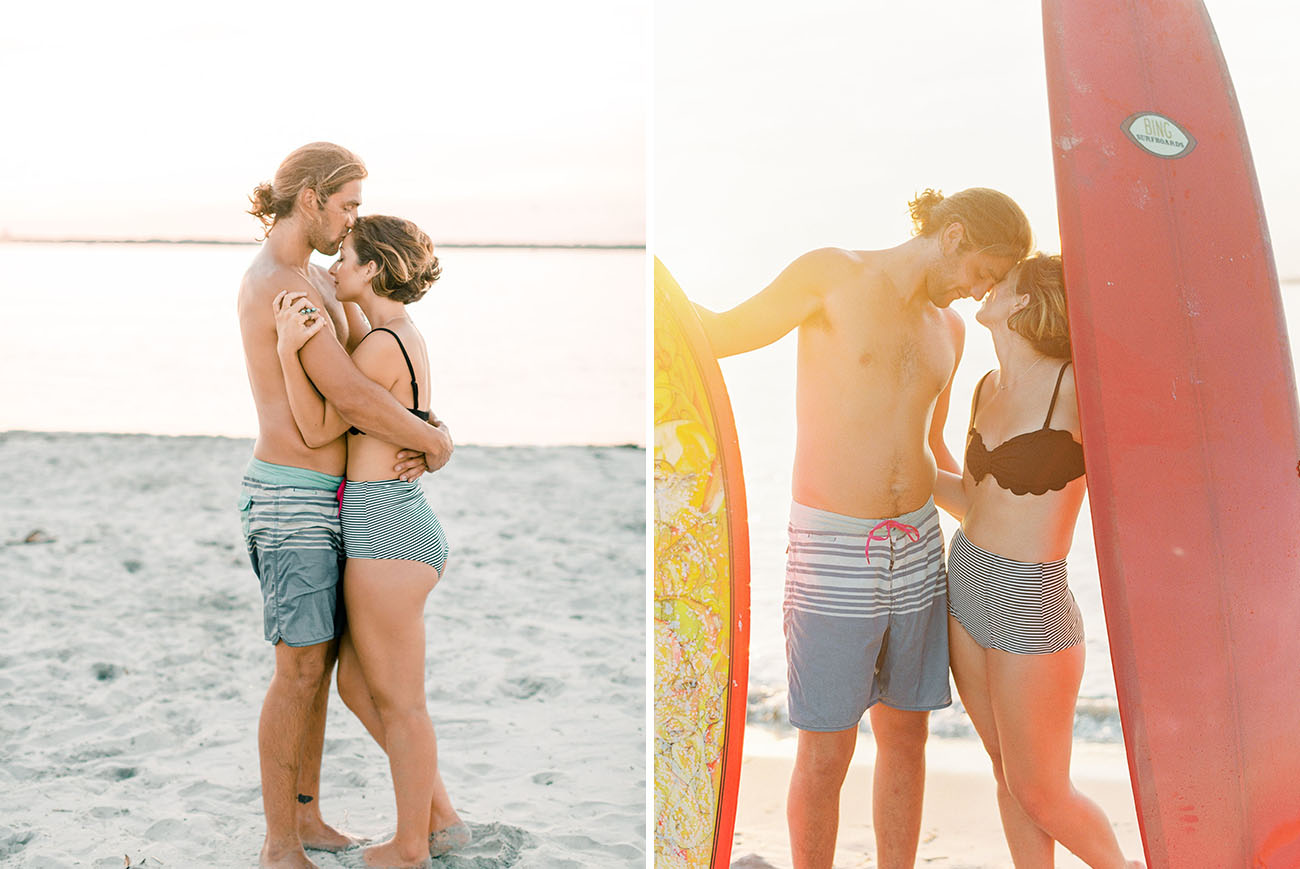 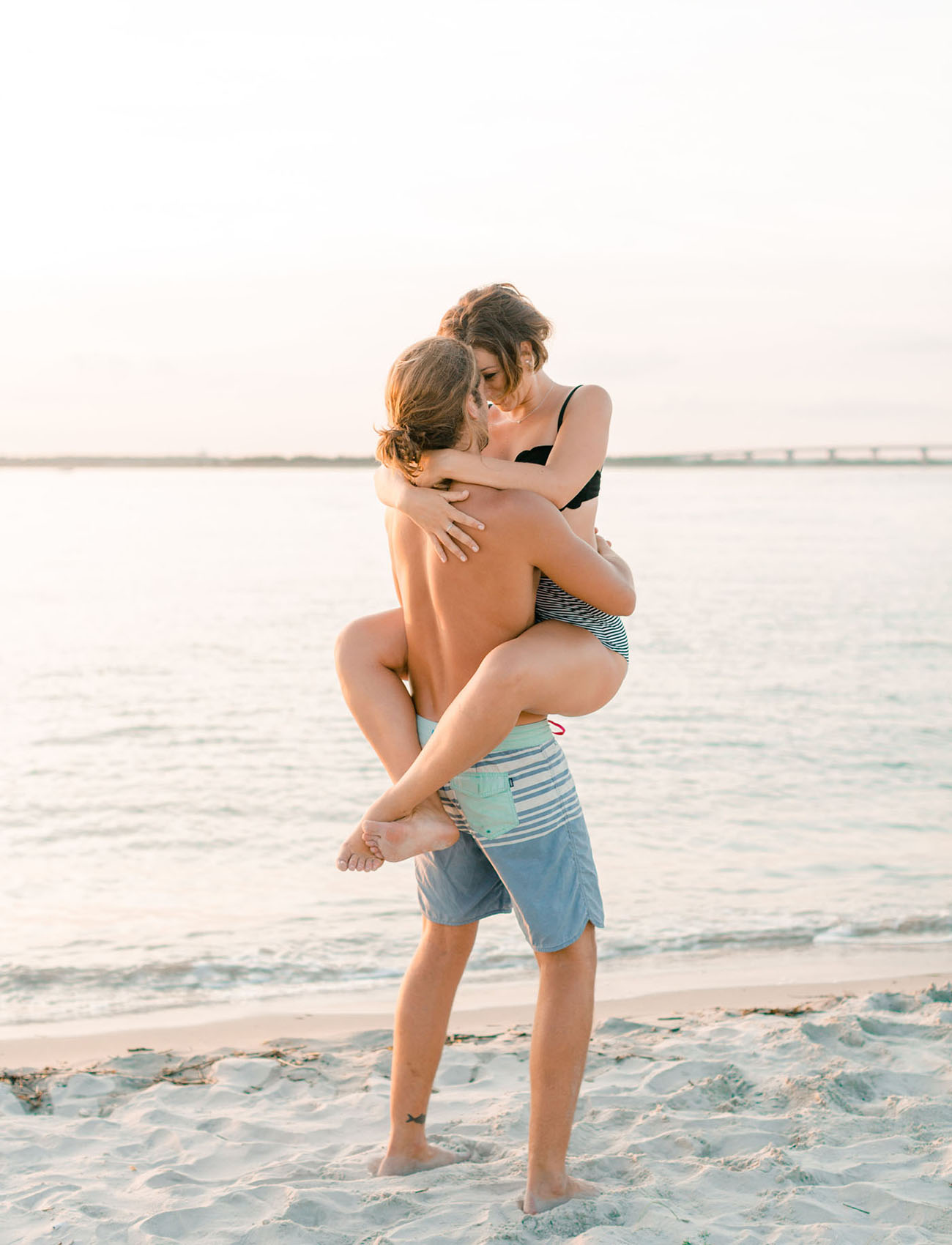 Yep, we’re all thinking it. The Notebook IRL! 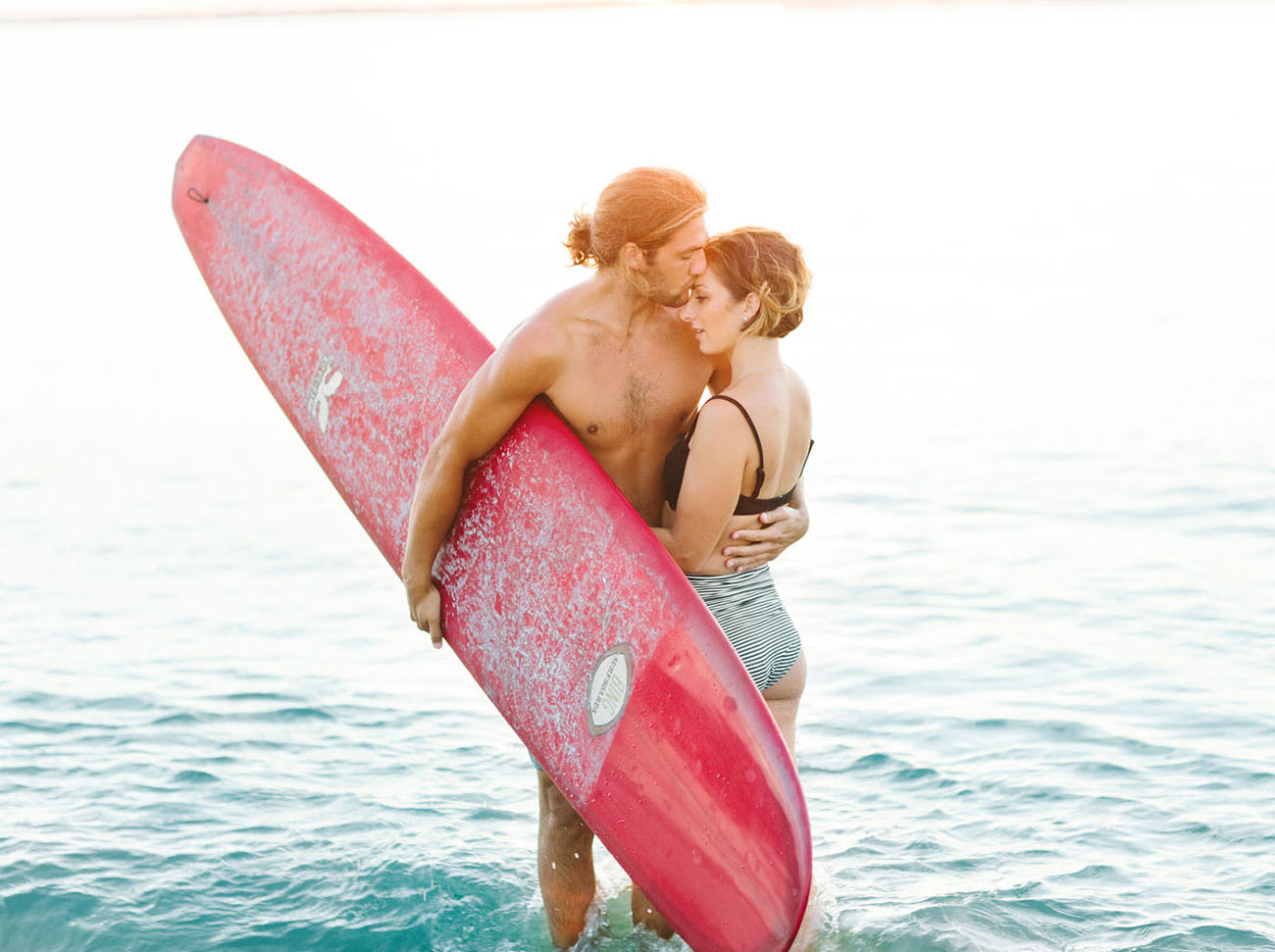 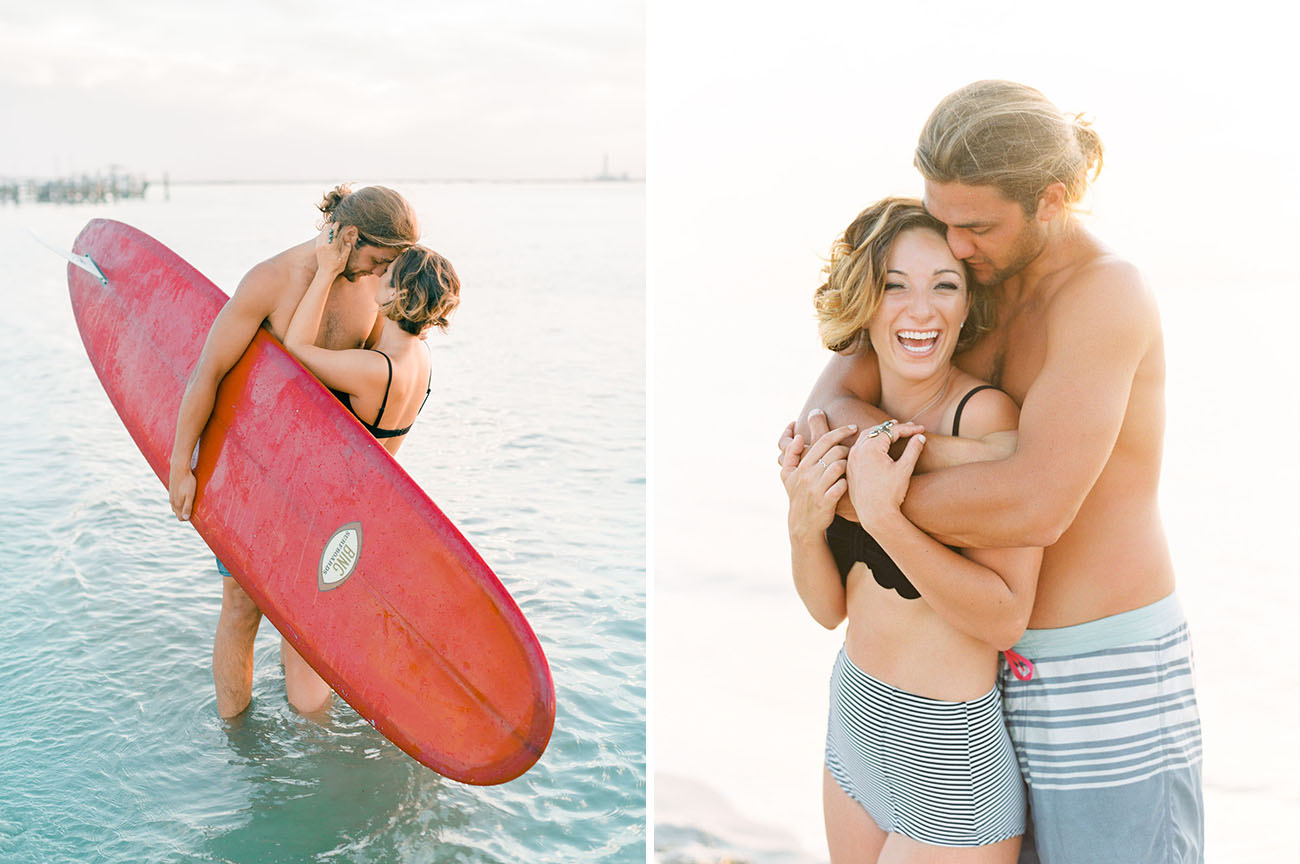 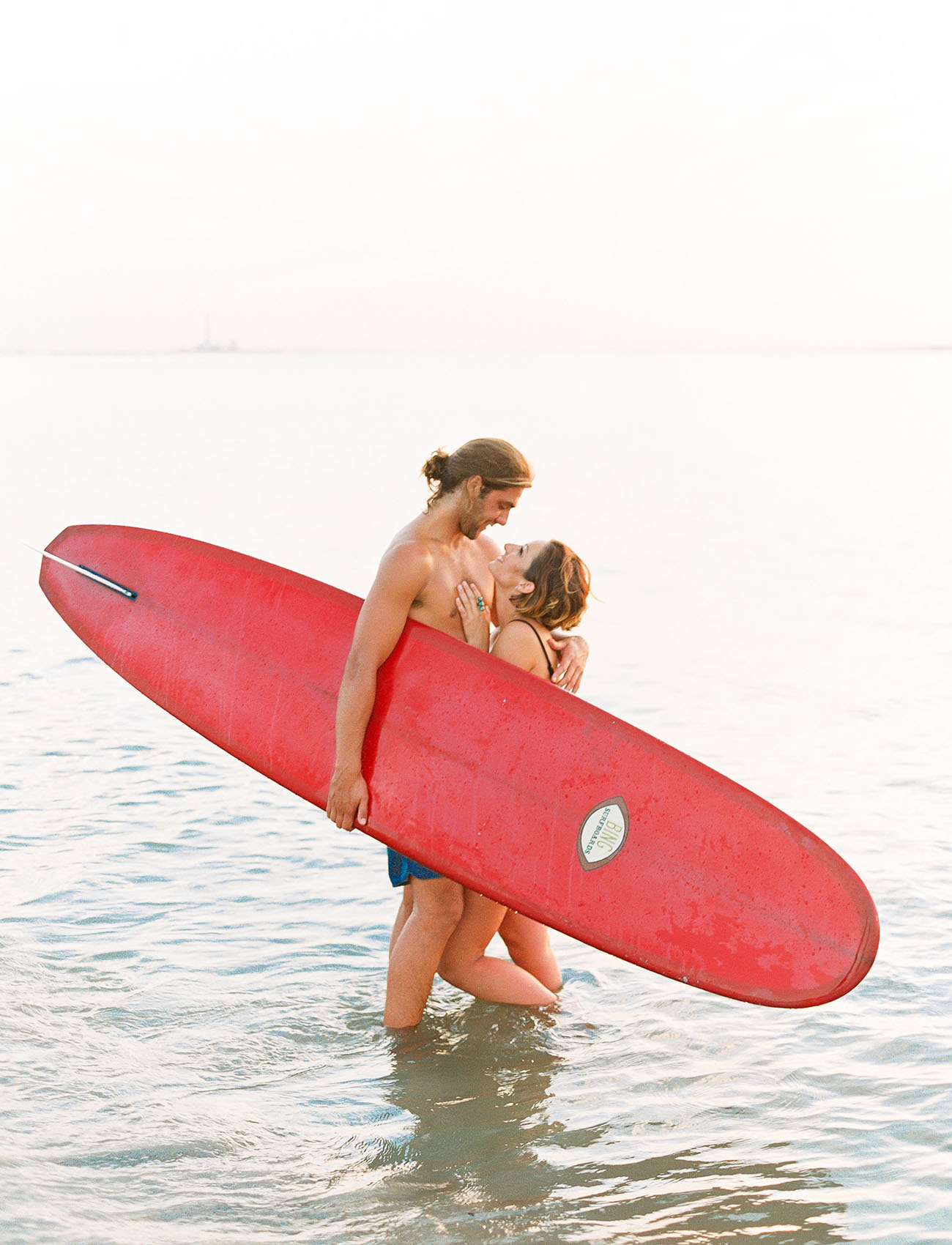 We’ve had a relationship of adventures + travel ever since, and now it’s 5 years later! We’ve been through so much together over the years and we are so happy with where we are now. We’re so lucky to have that happiness documented! 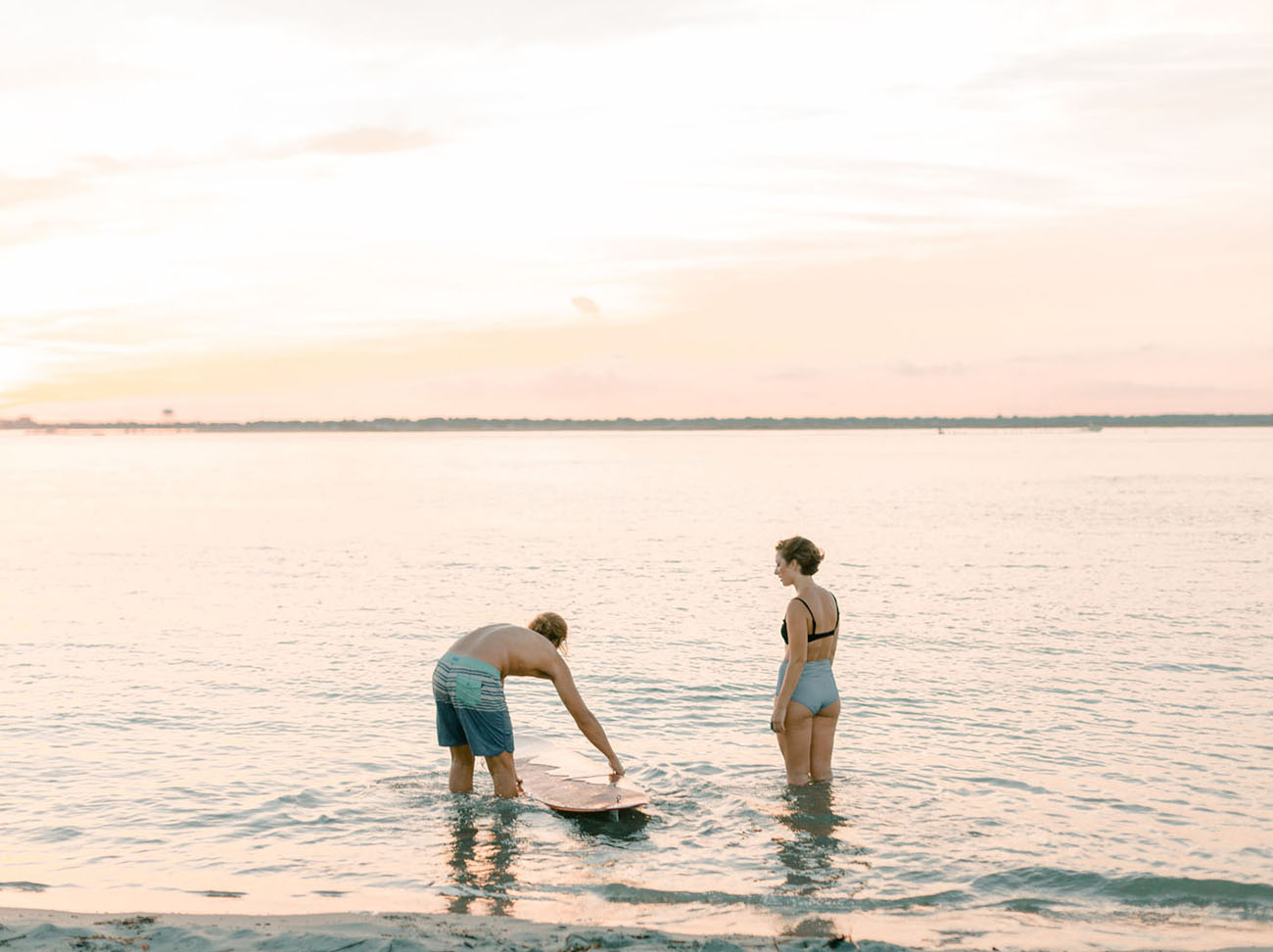 Such sweet photos by Lauren Fair Photography! Thanks to Magi for sharing your story and Lauren for capturing that sweet summer love :)