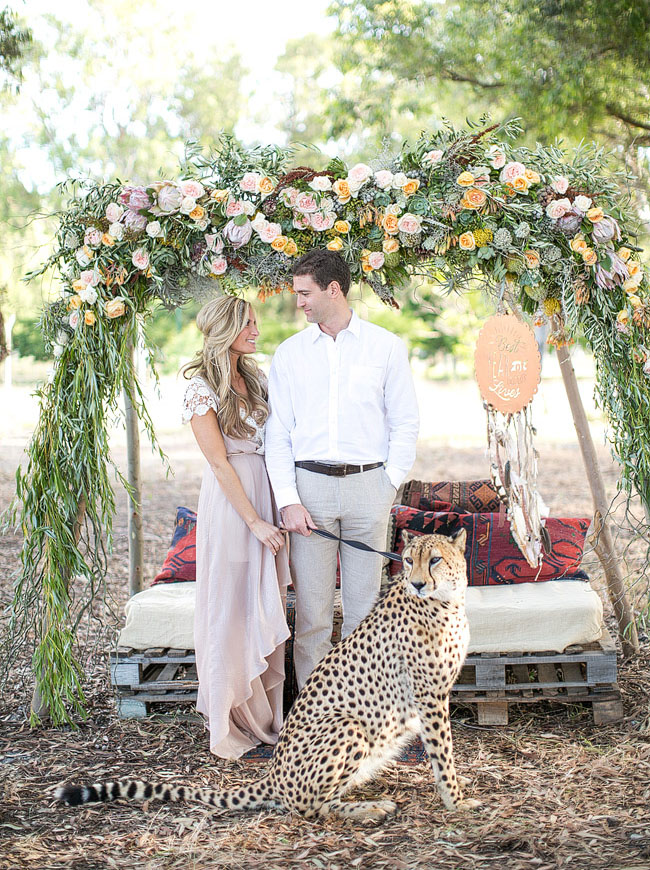 Whitney + Ross live in New York City and planned an amazing belated honeymoon/first anniversary trip to South Africa. While planning their wedding, Whitney fell in love with Adene’s photography (which she had seen on a few wedding blogs and knew she lived in South Africa) and contacted her about shooting some portraits of her and Ross when they were on their trip. Adene agreed and suggested bringing on her talented sidekick, Anli of Anli Wahl Flowers & Event Styling, to style a shoot to commemorate their time in South Africa. Such a fab idea, right?! I mean look at that first image!!

A bit about the inspiration behind the shoot from Adene:

We thought it would be apt to do something with a “South African twist” to ensure that Whitney and Ross would remember our beautiful country forever! We contacted the Cheetah Outreach (a company that helps promotes the survival of the free ranging, Southern African cheetah through environmental education and delivering conservation initiatives) in Somerset West to get their star attraction, Joseph, the cheetah, on board. We had so much fun pulling this together with some very creative and talented local service providers. 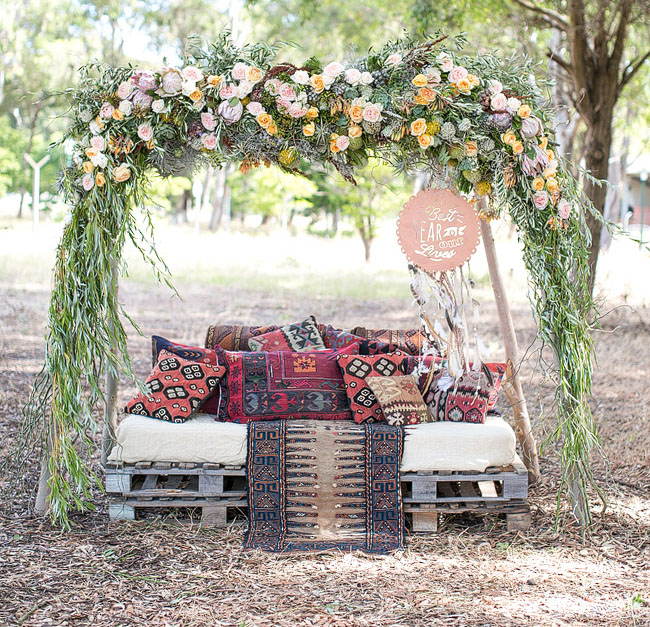 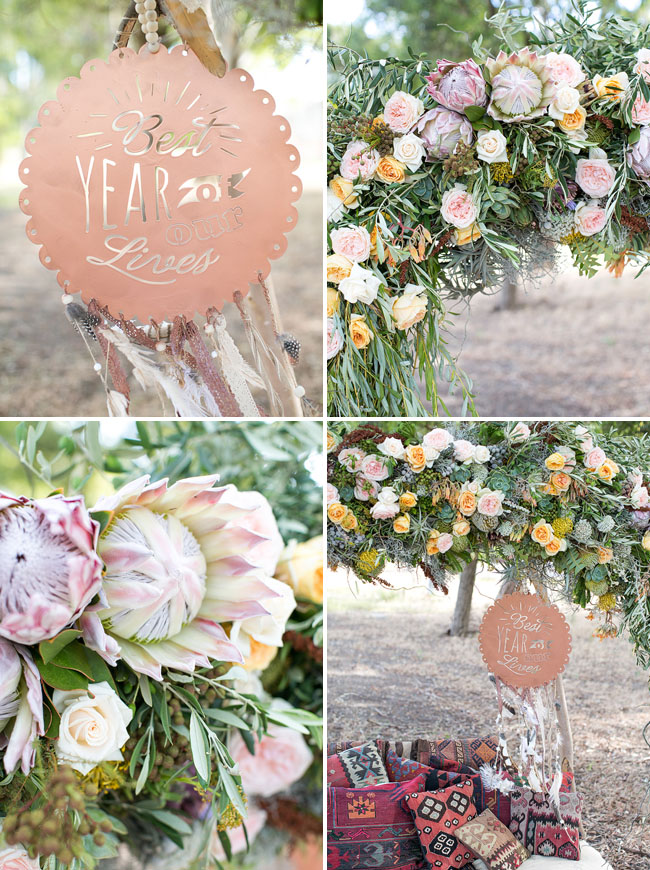 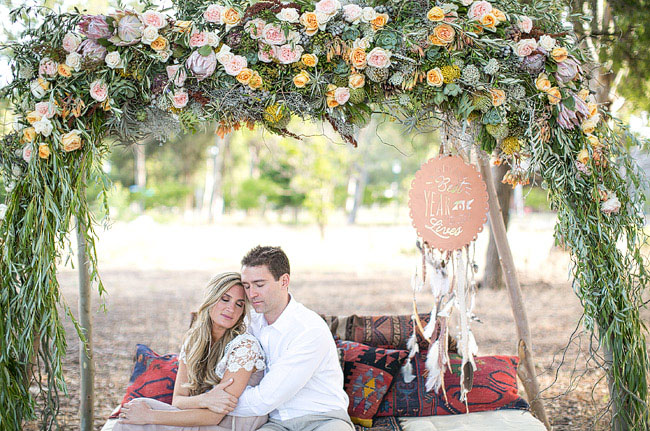 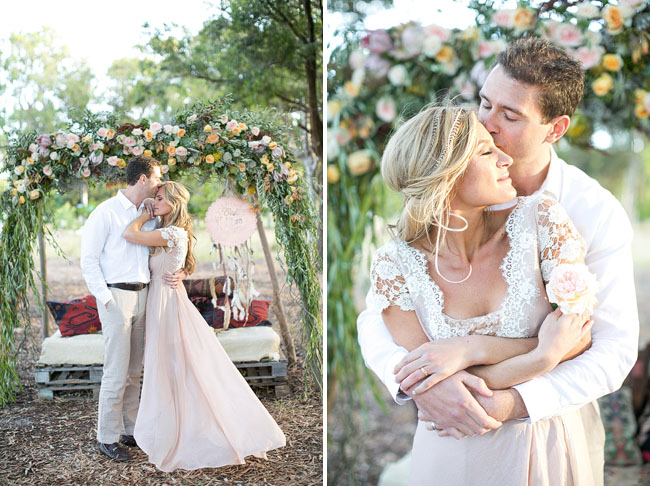 From Whitney (the bride): When Adene informed me that she had a wild idea to have a live cheetah incorporated into the pictures, I immediately knew that we had chosen the right photographer to capture and ensure that we would remember our travels forever. For weeks leading up to the trip and photo shoot, my husband and I were very excited to hear all about the set up (although some details were a surprise for us from Anli and Adene) and day of details unfold.

On the day of the photo shoot, when Joseph the cheetah arrived to our set up, we were filled with pure adrenaline. We were so excited to spend intimate time with such a beautiful animal… that was, until we saw his mouth open wide to growl (or perhaps it was a very large yawn). We quickly got over any nerves we had when we met Dawn, his handler, and the volunteers who helped out on the day of the shoot to ensure our safety and Joseph’s comfort at all times. It was an unbelievable experience for all of us involved to see such a magnificent creature up close and personal and to celebrate the best year of our lives in such a beautiful South African setting near Cape Town. We’ll forever carry the gorgeous country of South Africa with us in our hearts and we’re thrilled to be sharing these incredible images with our friends and family now that we’re back in the States. 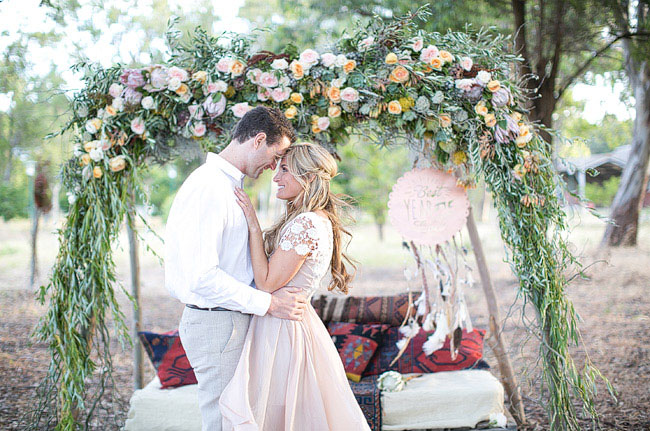 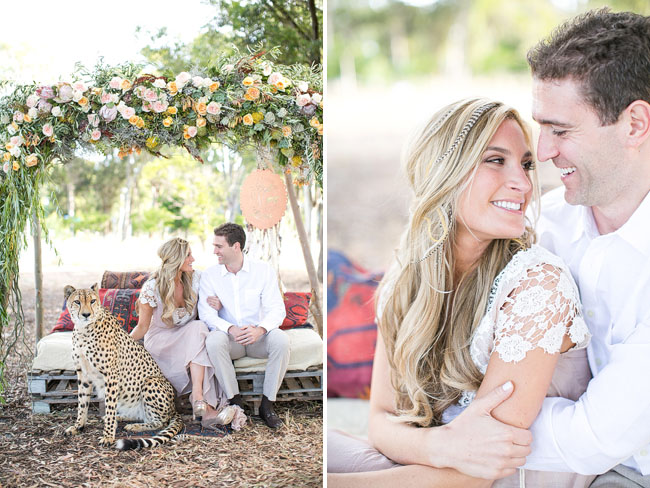 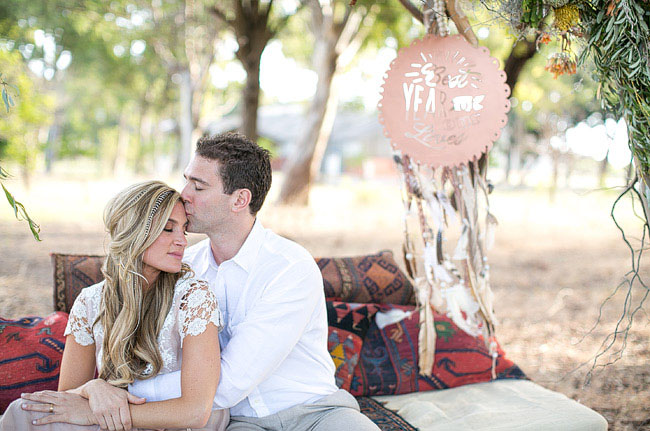 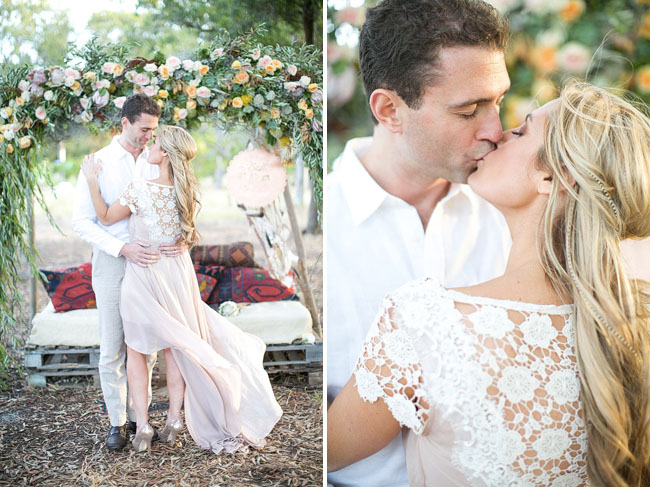 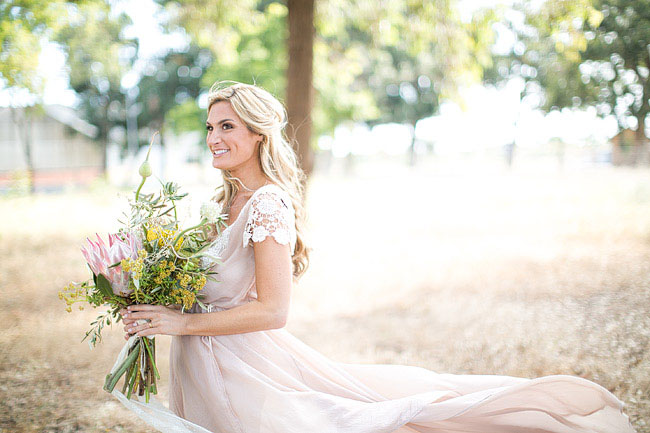 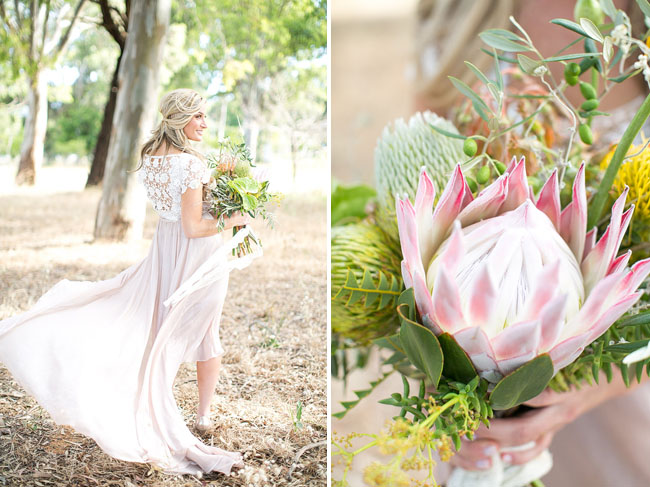 I love that all the flowers they used are indigenous to South Africa. 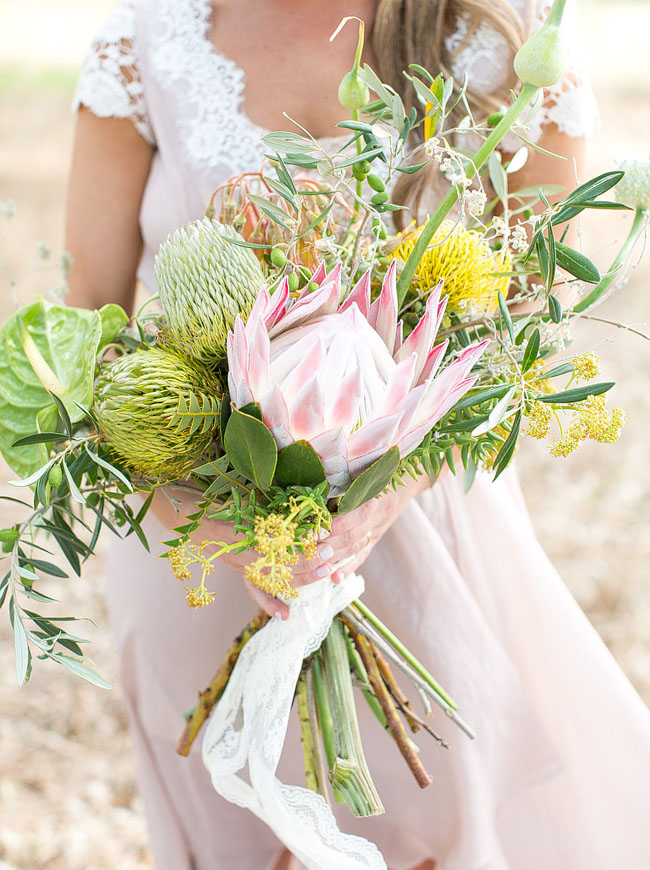 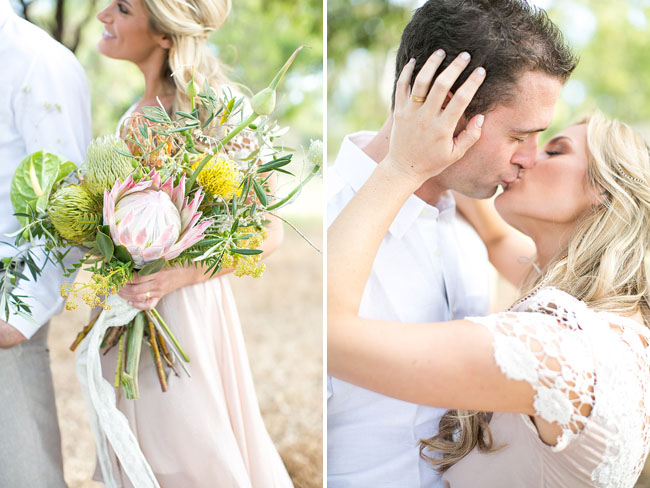 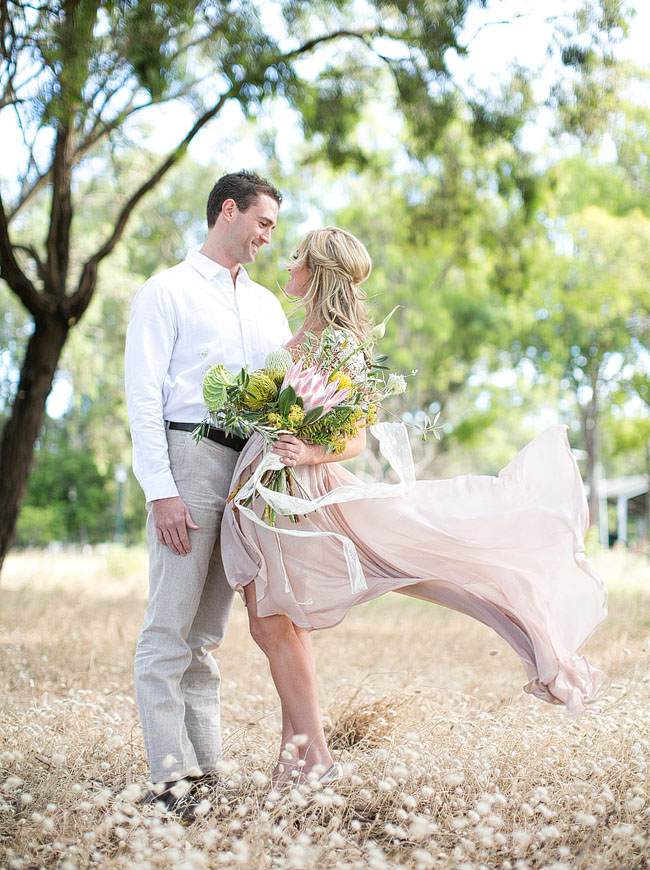 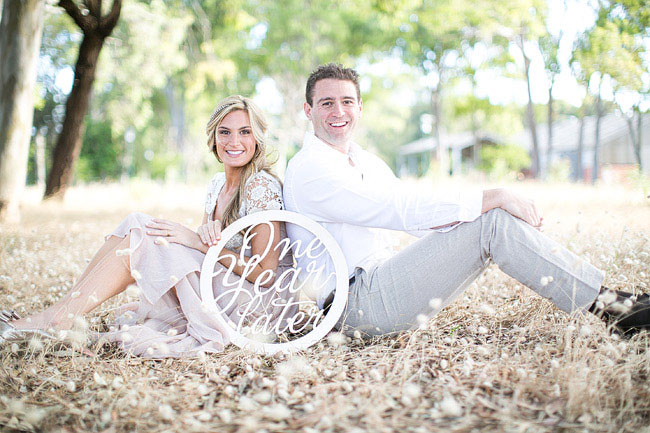 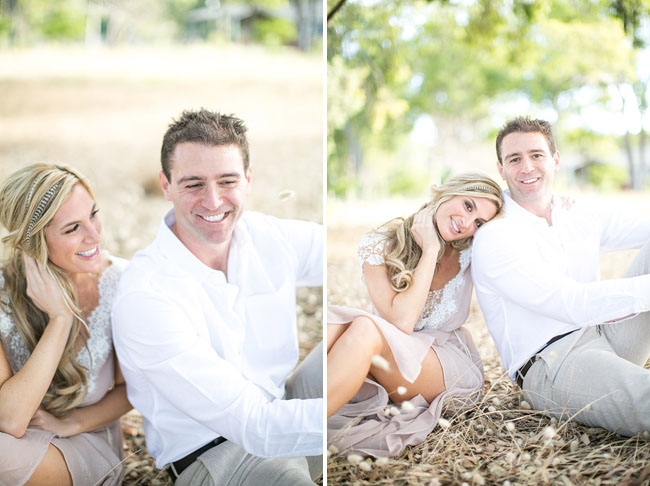 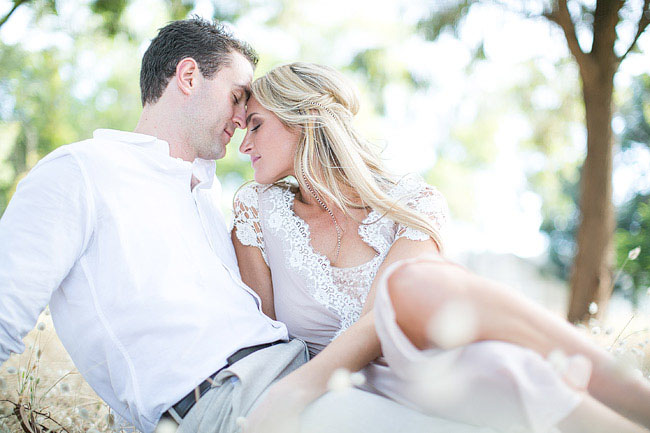 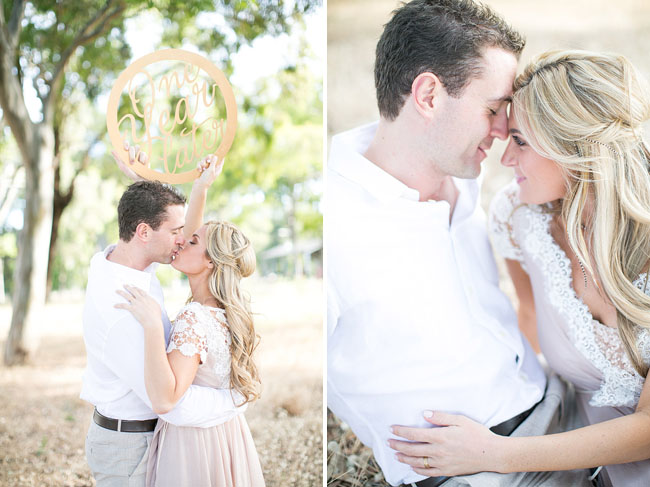 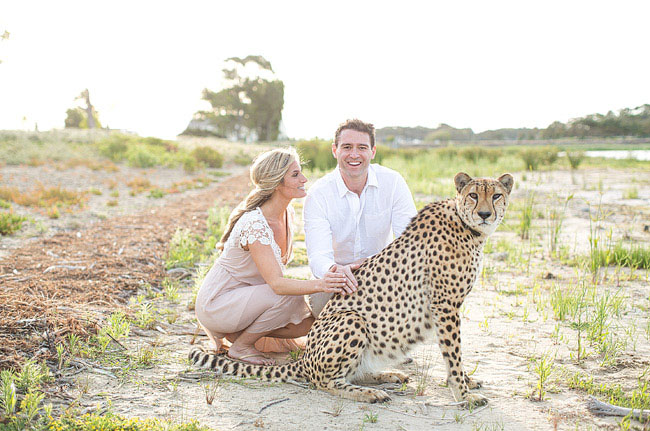 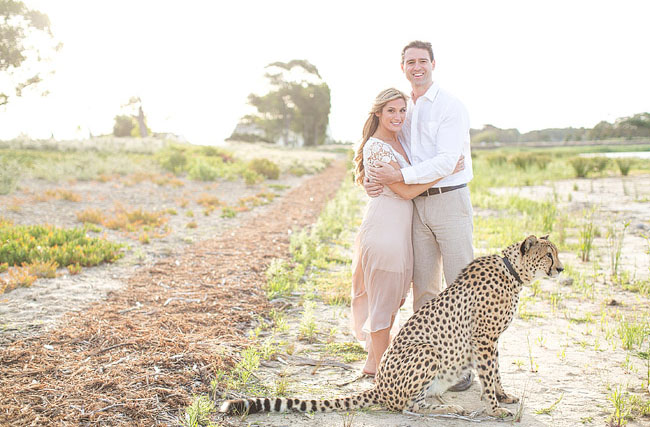 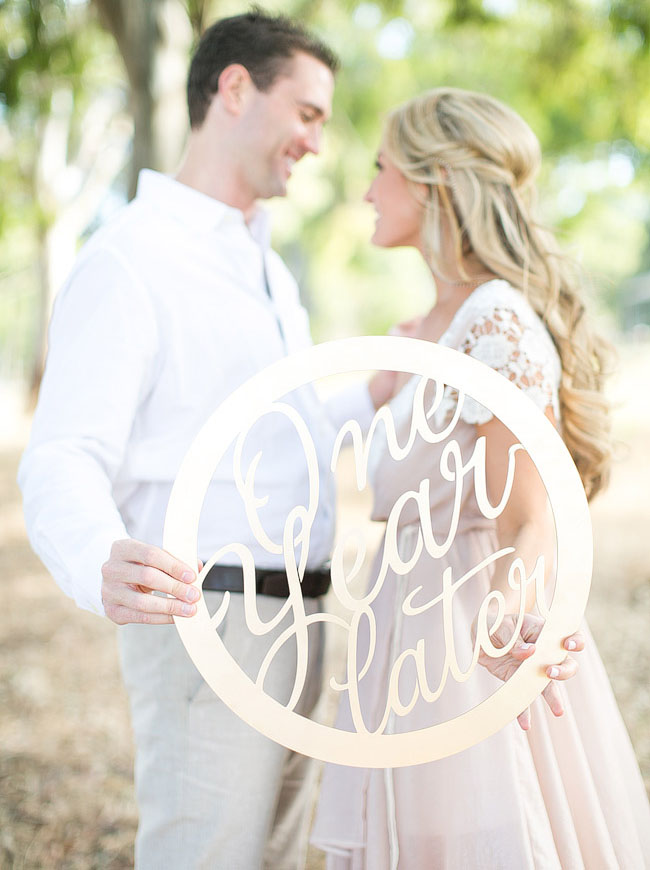 And they were lucky enough to also have Whitelines Wedding capture their experience on video!

A pretty amazing trip captured by some truly talented artists in South Africa! Congrats to Whitney + Ross on their first anniversary and this has us dreaming of a similar trip! :)