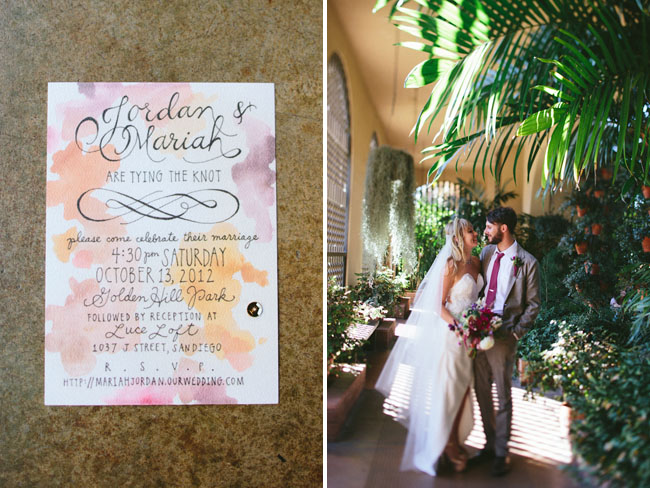 Planning a wedding from another state is always tricky, but that is just what Mariah + Jordan did since they live in Austin, but choose to get married in San Diego – the city where they met. Mariah is in the event industry, so it came pretty natural for her to plan her own wedding. They did have a hard time finding a great space in San Diego – that was until they stumbled across the Luce Loft which was perfect for their reception. They decided to hold their ceremony in Golden Hill Park, one of their favorite San Diego neighborhoods, and right down the street from the Turf Club, where they had their first date. Thanks to Paige Newton for the photos and congrats to Mariah + Jordan! 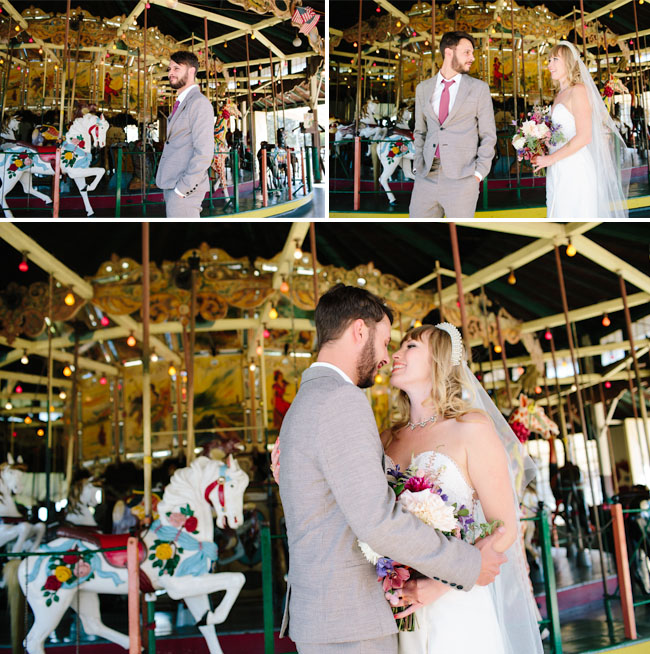 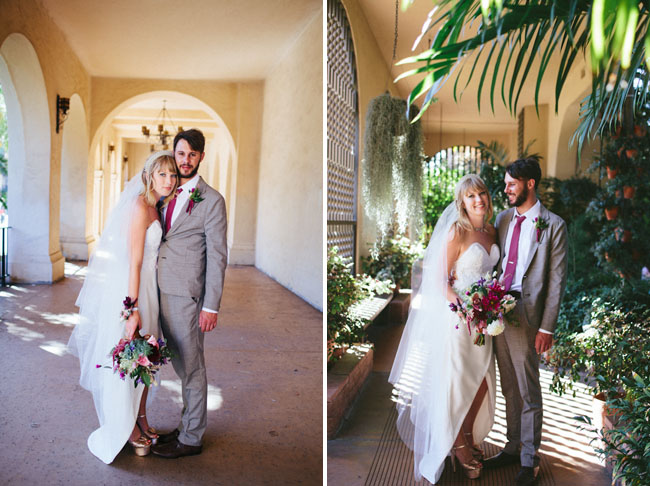 Both my dress and Jordan’s suit were made by a good friend of ours, Priscilla, who just launched her line Crowned Bird. I tried to resource my friends as much as I could which really made it more of a special day to us. 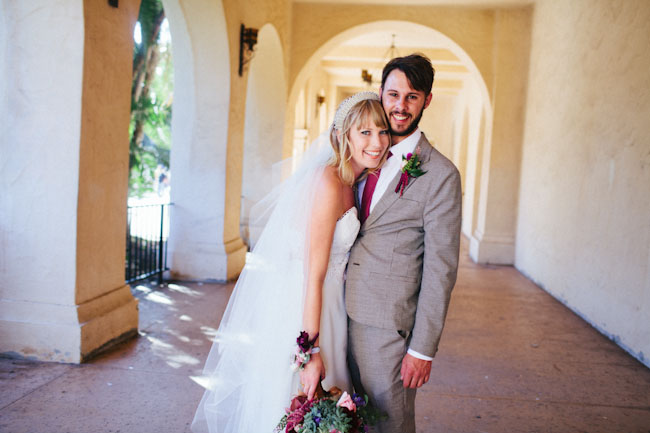 Our ceremony was the highlight of the day. A perfect setting underneath a quintessential San Diego fig tree at sunset in a neighborhood we called home six years ago when we met. Surrounded by everyone we had hoped would be there, I had never experienced that kind of love and energy before. 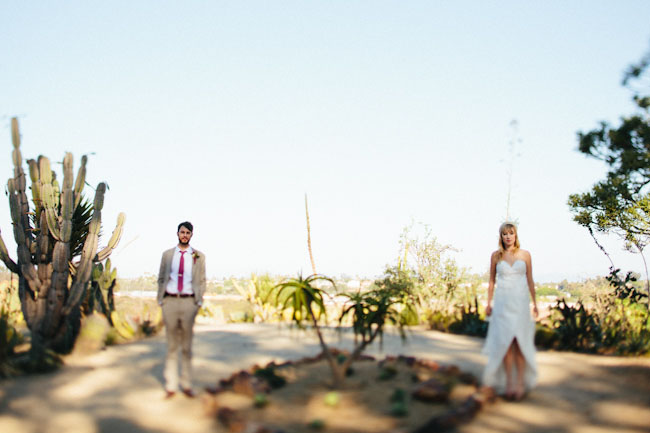 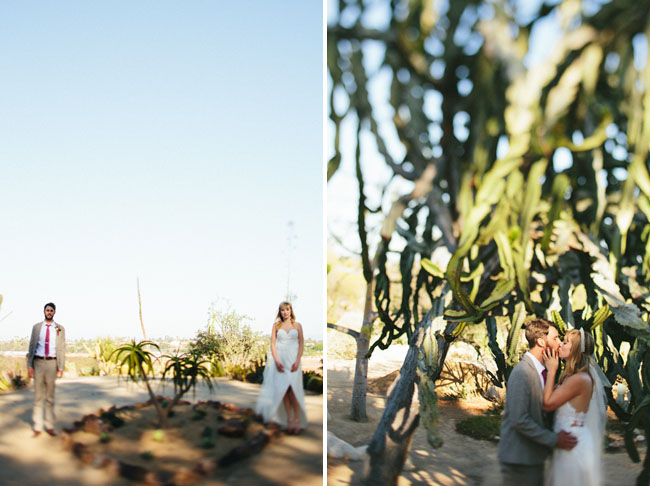 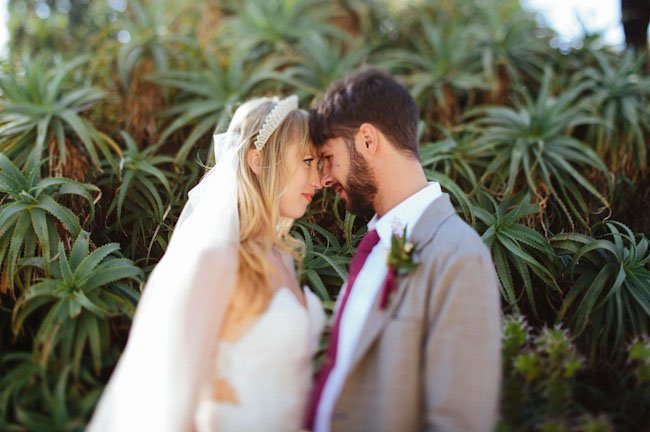 We crafted the ceremony site with dyed coffee filter flowers and gold ribbons along two poles. 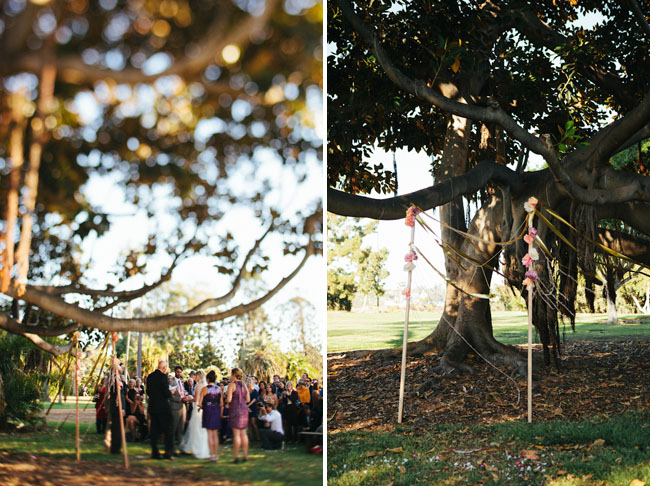 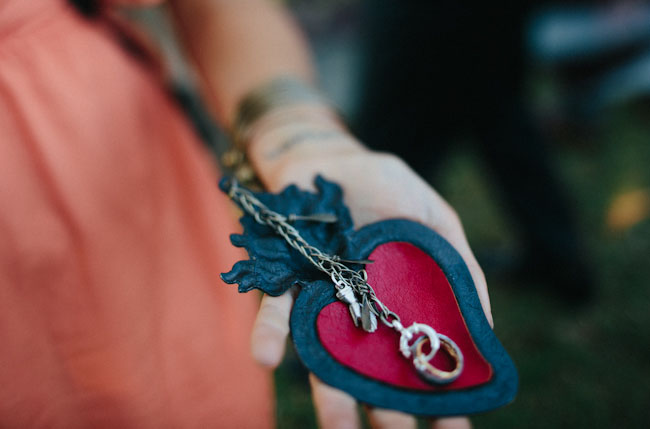 We had our musician friends come together and play the ceremony + reception. Mid ceremony we had the band break out to “All You Need Is Love” by the Beatles and had everyone sing along to the chorus. When I first brought up the idea of doing a song mid ceremony opposed to a prayer/words, everyone thought it was weird. But it really ended up making everyone smile and get involved in the ceremony – and was probably one of my favorite parts of the wedding. 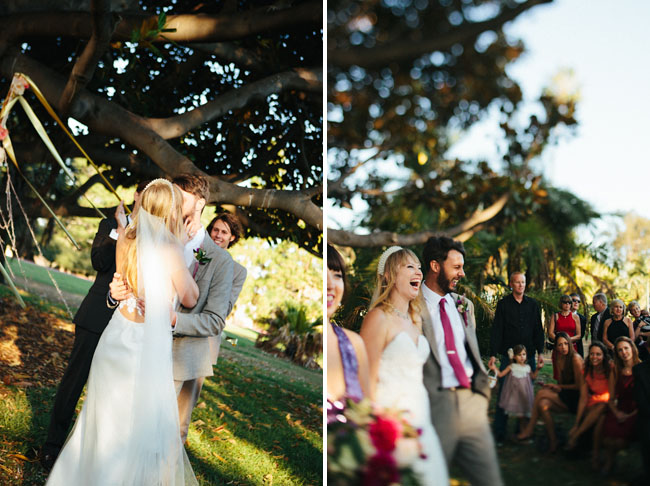 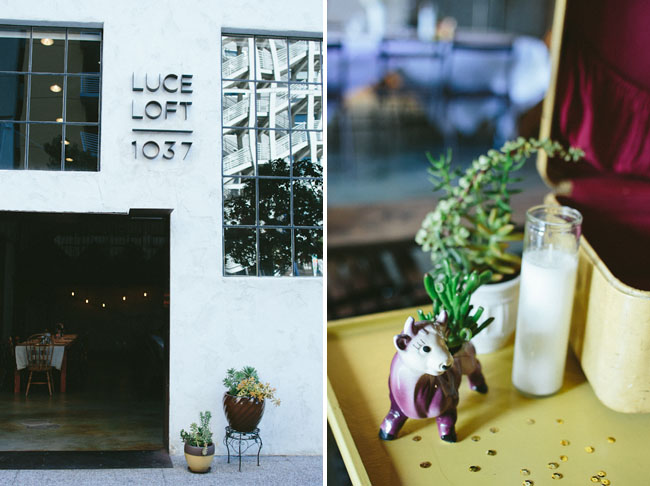 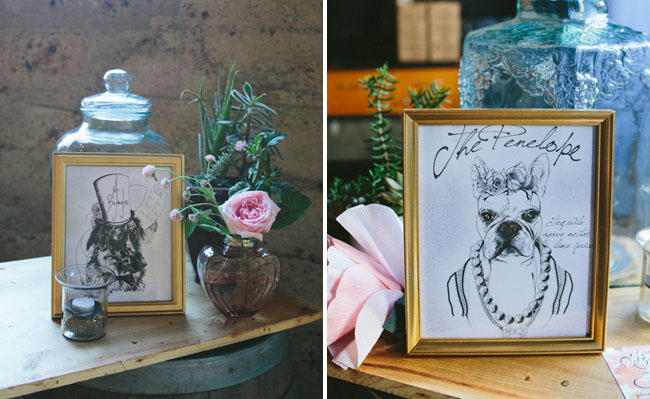 Our artist friend, Jim, sketched out our dogs Penelope + Mr Bojangles and we used those for our specialty cocktails. This meant a lot since we were not able to fly them out for the wedding. 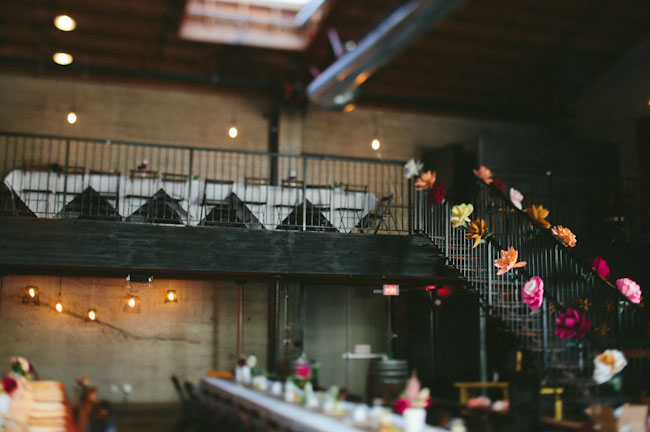 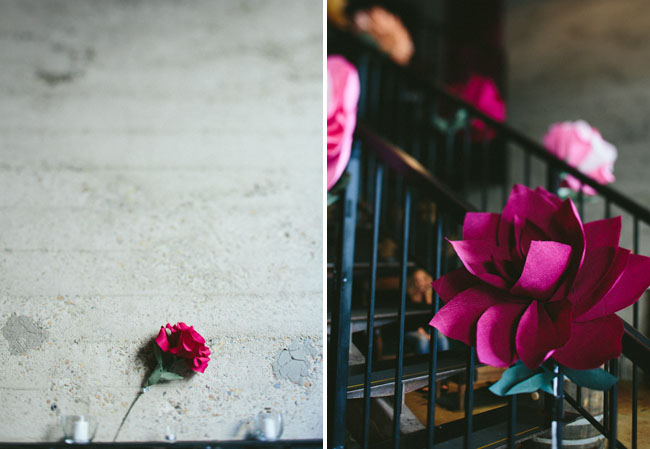 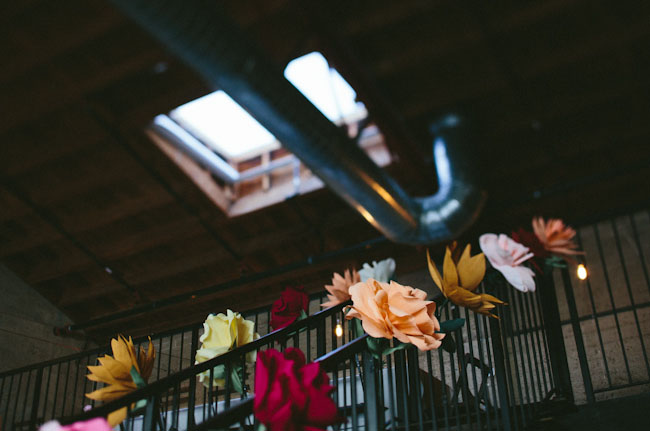 My mother-in-law crafted all the large crepe paper flowers along the stairwell. The red hearts that were on our chairs were from our burning man ceremony, which is an important event in our lives. 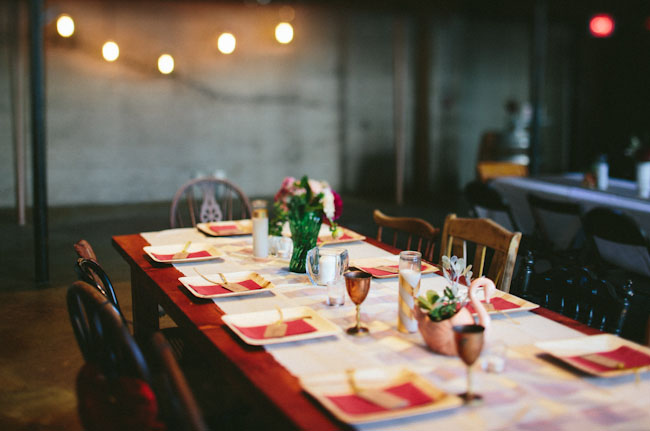 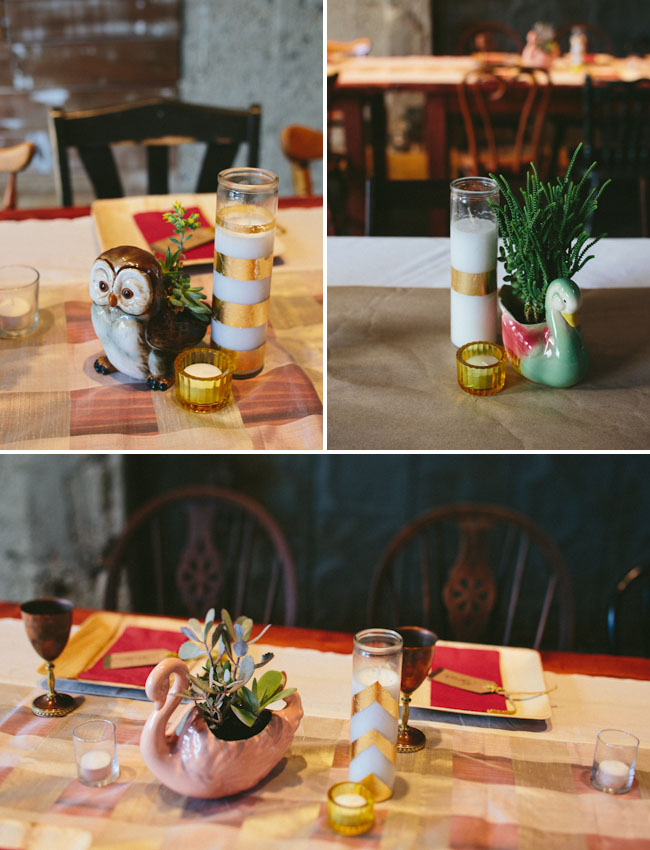 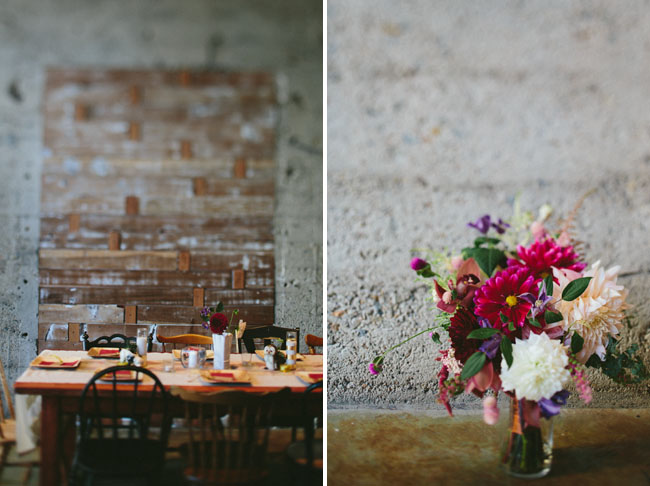 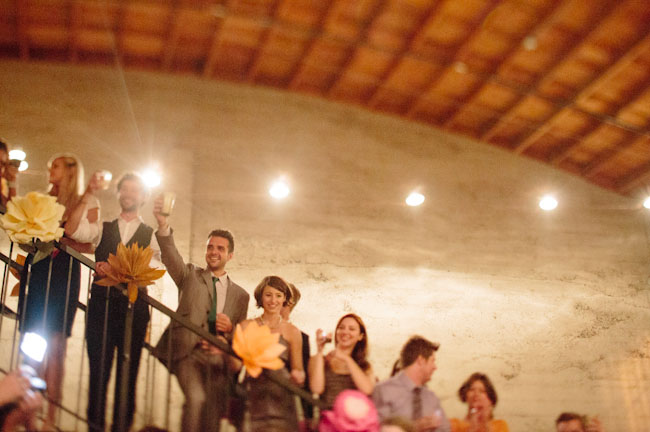 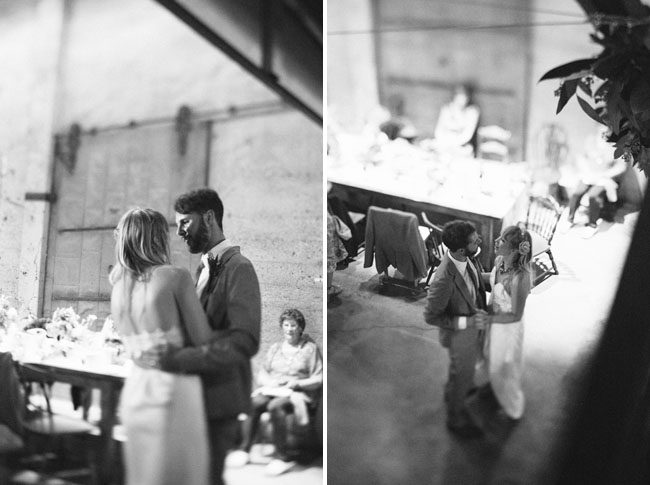 And their wedding film from Austin Hendrix

Eccentricity. Own it. We didn't like cake so we got a churro cart. Whatever feels right to you, it's your wedding day. If you are having friends involved don't overload them with tasks – let them express their talents. Don't get boggled down with timelines, the best things happen at the right moments.