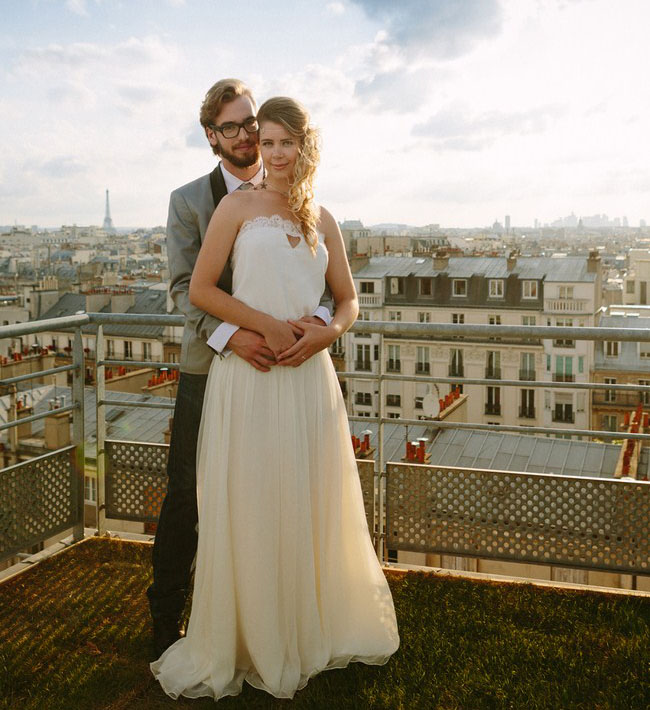 Today’s lovely styled shoot, captured by Pierre Atelier and Vovies Photograph, transports us right to Paris, with a charming staged celebration inspired by modern graphics + the color emerald. When Beatrice from Mymoon began to brainstorm design ideas for the shoot, she knew she wanted to create a beautiful tablescape, with a modern, secret garden feel, and fill the table with plants + blooms placed in sleek, clean-lined vessels. I think it turned out great + is sure to inspire all of you couples who are appreciators of modern style!

Anther fun detail was the super unique “guest quilt” the team created in lieu of a guestbook. This could be a really cool DIY project that can later serve as the perfect memento from your day! :) 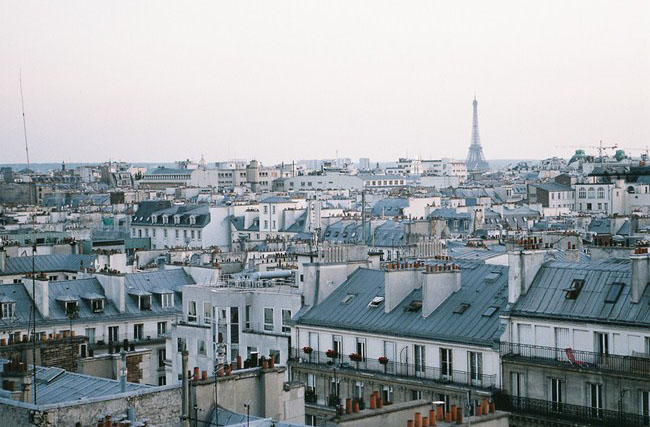 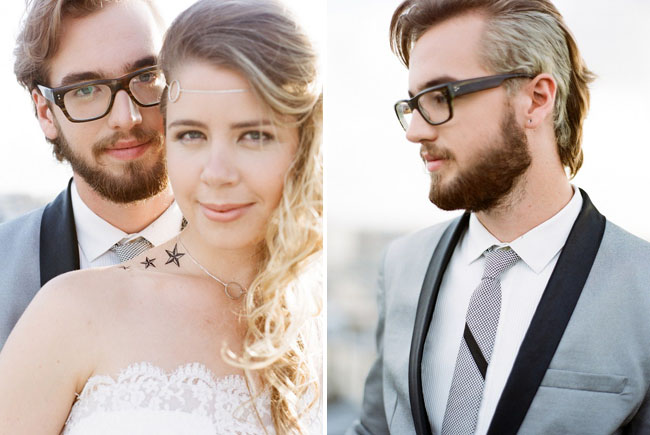 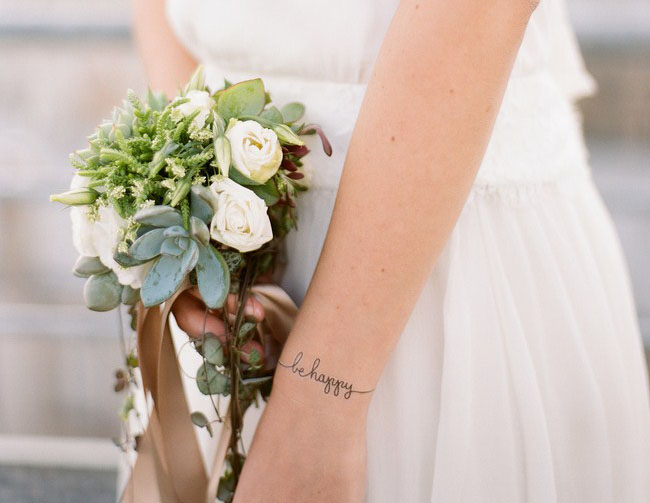 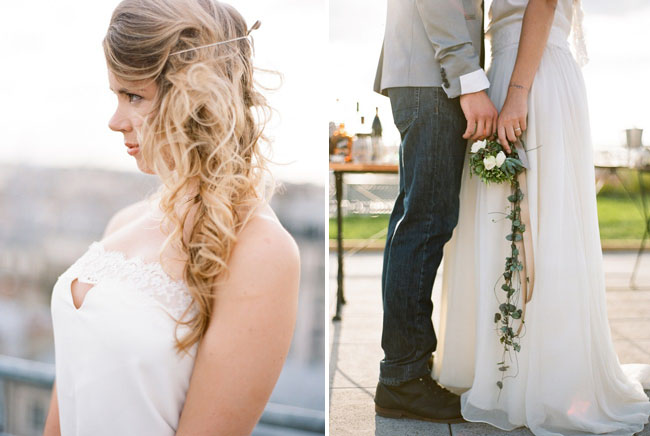 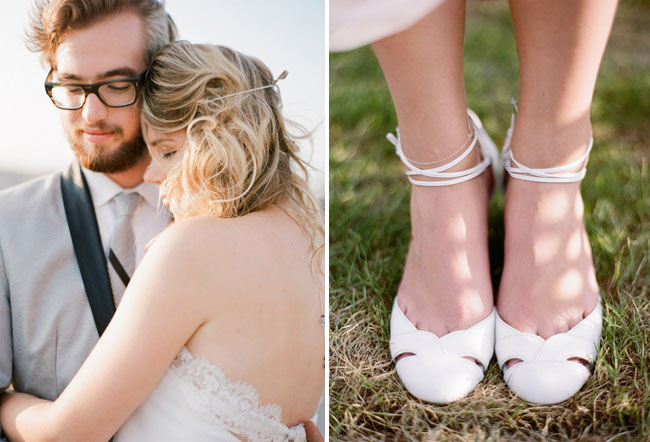 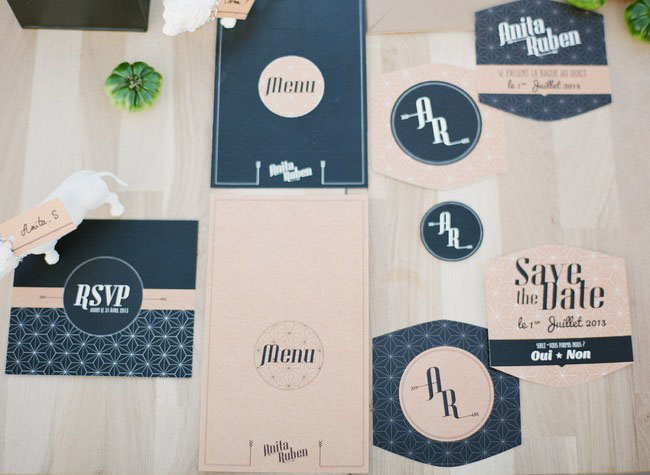 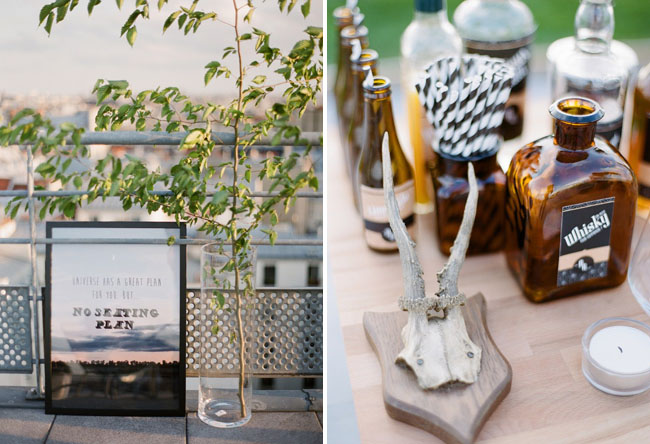 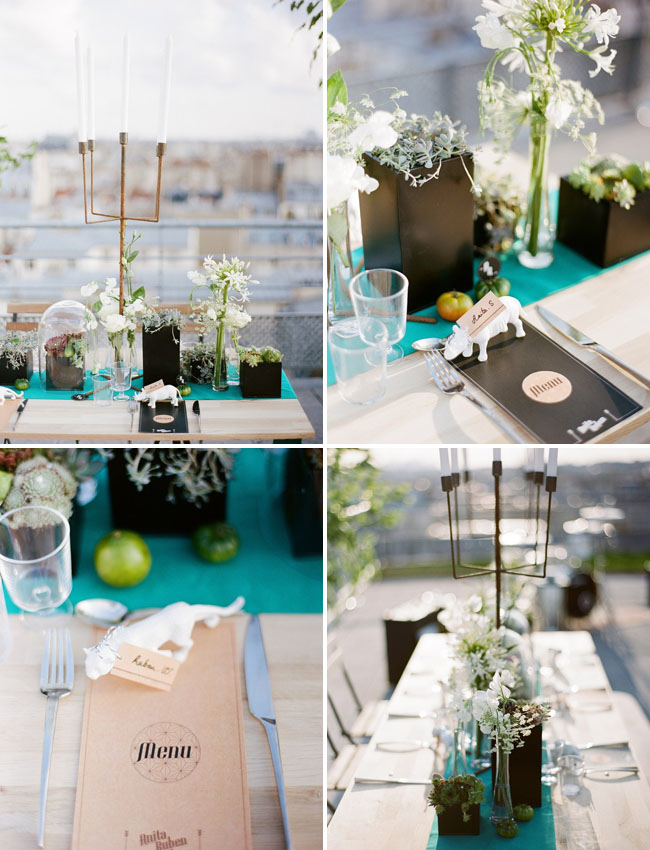 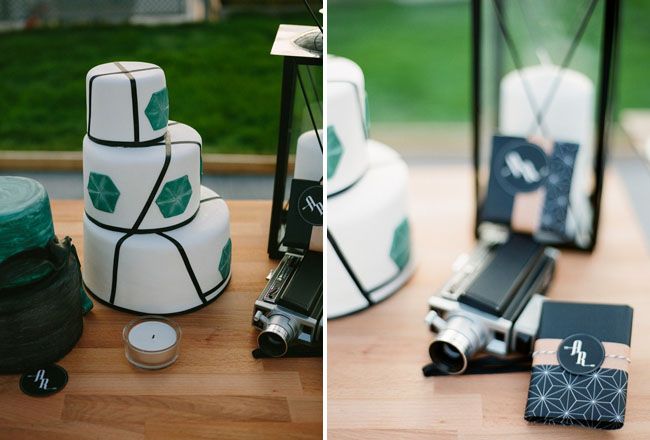 The bride’s flowy dress was by French designer, Rime Arodaky. 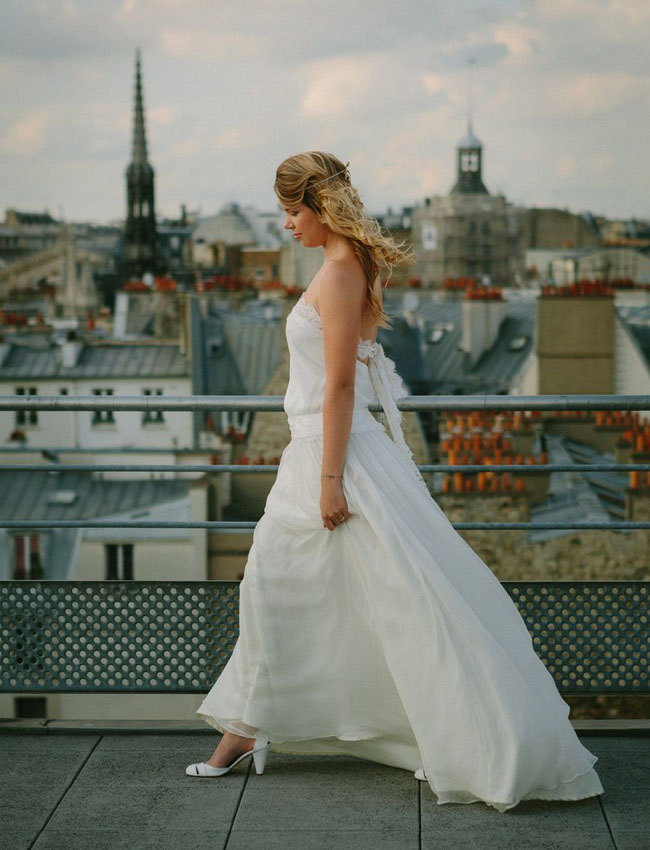 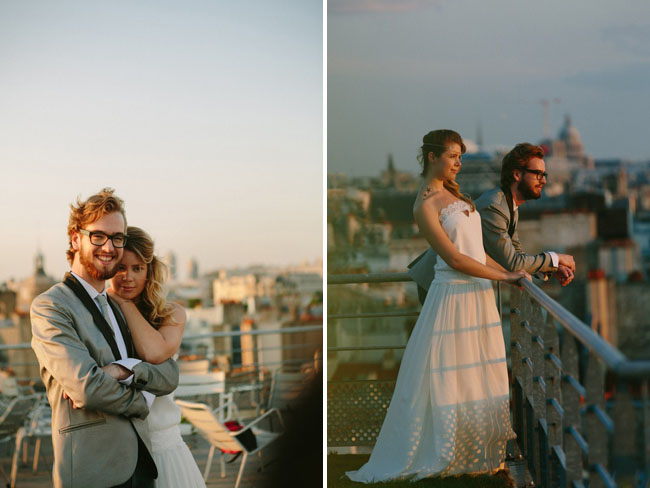 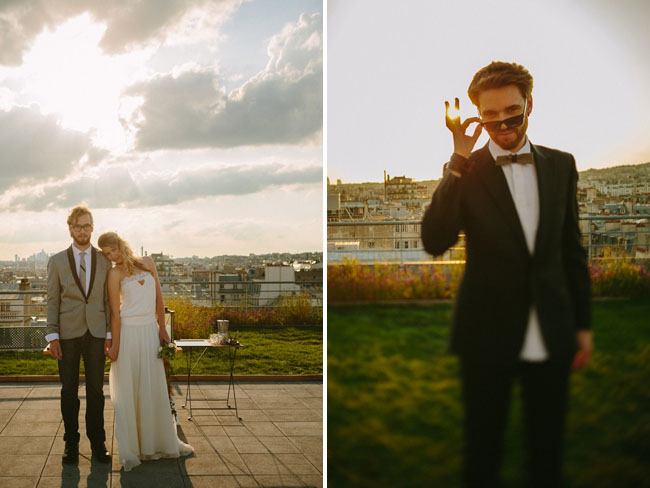 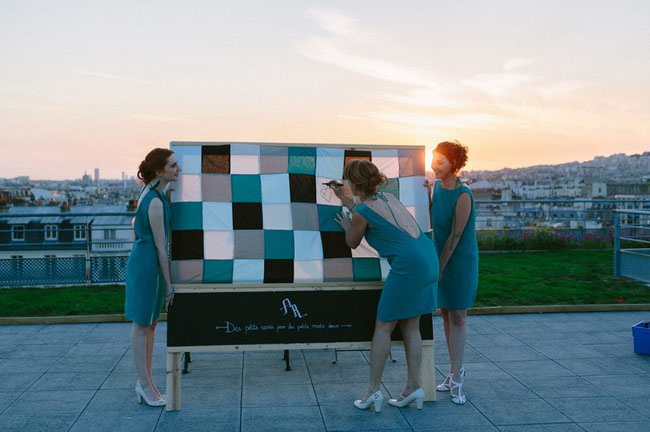 The quilt is so fun, right?! 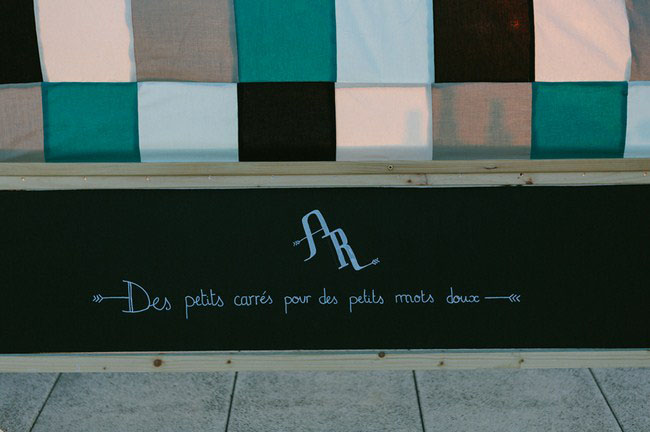 Fancy Beast, a real-life French rock band, got everyone moving in what became a rad, Parisian rooftop dance party! 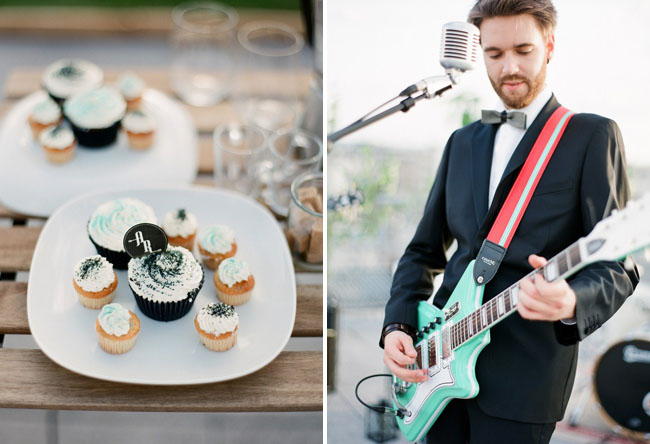 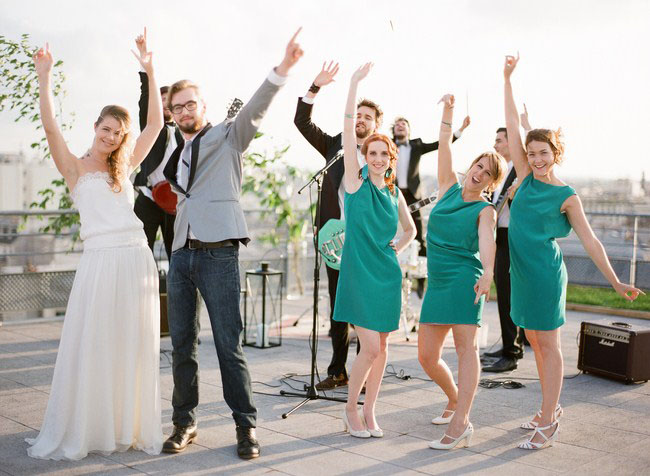 Check out the fun video, too!

Big thanks to the talented French creatives below for inspiring us with some Parisian rooftop wedding inspiration today!