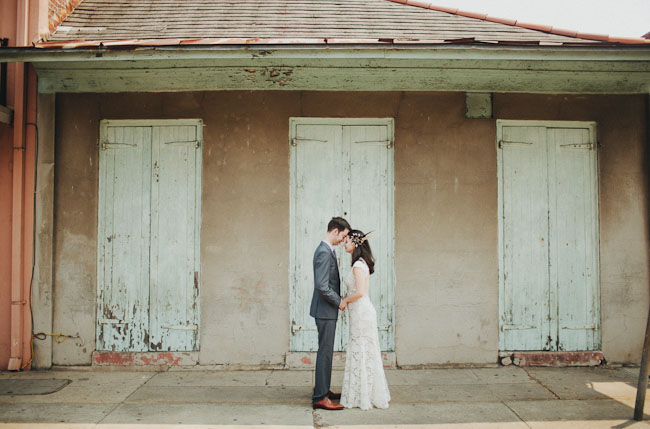 Within five minuets of being engaged, Cassandra + James had decided on a destination wedding in New Orleans. They live in New York now, but James had lived there after attending school until Katrina forced him out. They’ve been back to visit many times and consider it their second home. Also, Cassandra has a serious love affair with all things vintage and especially Jazz related so it was an easy choice. They wanted their wedding to be fun, relaxed and of course with great music, food and strong drinks – all of which New Orleans is known for. :) Cassandra + James had a hard time finding vendors to work with in New Orleans since they wanted a smaller intimate wedding (and most weddings in New Orleans are very traditional and quite large with 200-300 people!), but they were able to make it work by doing a lot of it themselves. Cassandra’s father was ordained and performed the ceremony; Cassandra created most of the decor, made all the bridesmaids accessories (fascinators, bouquets, earrings), her own headpiece, and did everyone’s makeup; and her architect husband-to-be James designed the invites, seating plan design, and folded the programs among many things.

From Cassandra, “Our wedding was about us, because it was made of all the things and people we love most, but of course it was also about seeing the people we love enjoy the things we love, which is what we’re all about anyway.” Big thanks to Sean Flanigan for the stunning photos! 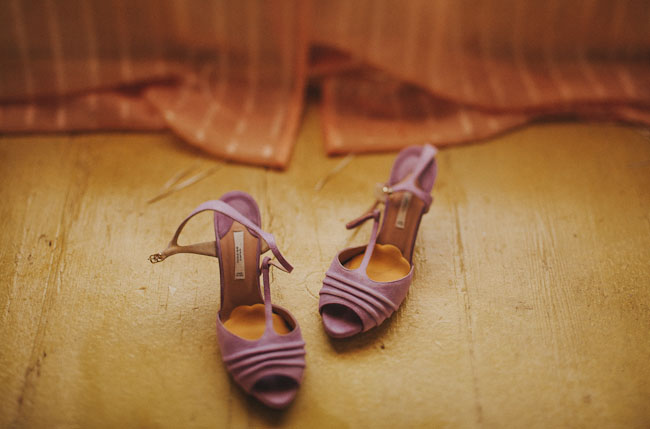 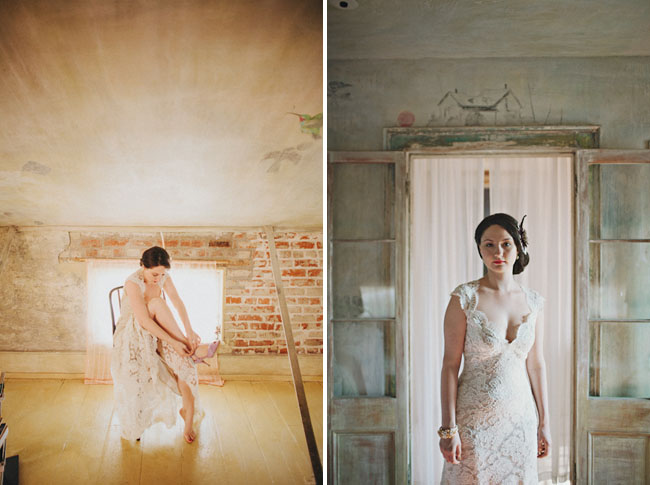 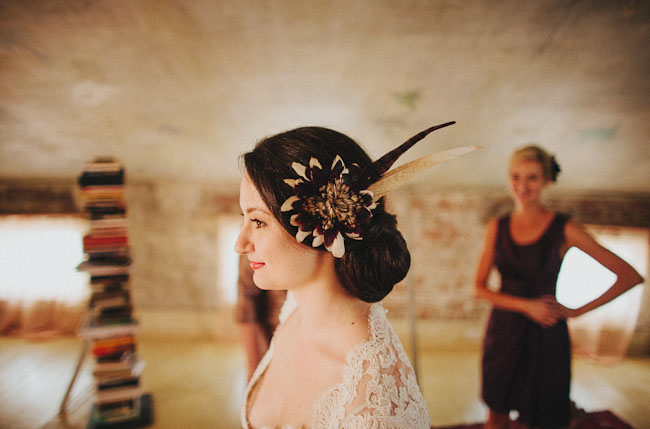 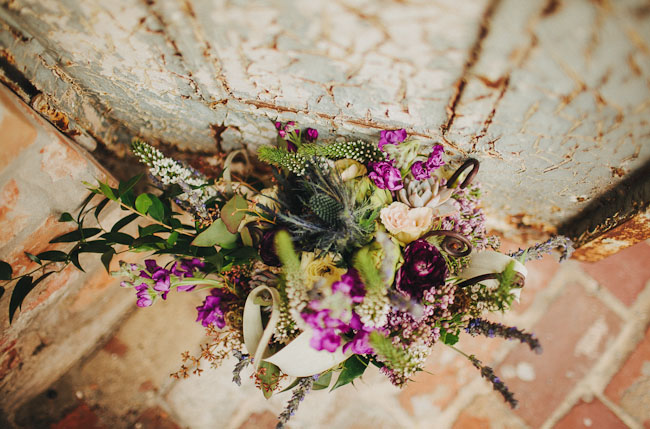 The wedding took place at a venue called Race + Religious (also featured in our Top 26 Coolest Places to Get Married). It’s two creole houses connected by a courtyard and it feels almost mystical. Every place you look there is some little detail hiding, like a model of a ship stuck in a tree or a cloth mannequin called “baby loretta” on a ladder as a piece of art. Race + Religious has a rustic, eclectic feeling and is certainly old. We kept that in mind and kept the florals not too flowery and a little “weird” with succulents airplants and lots of greenery. 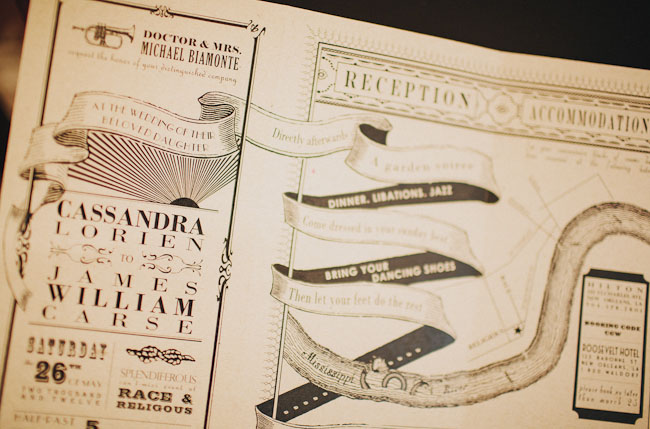 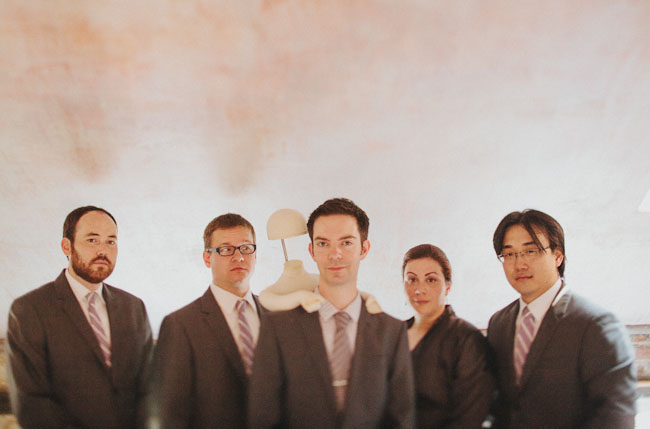 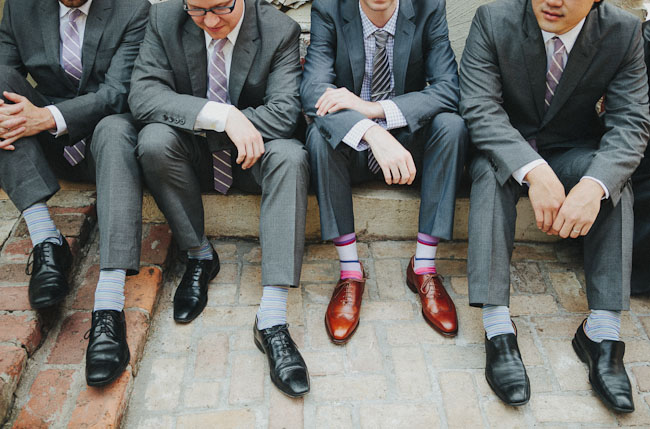 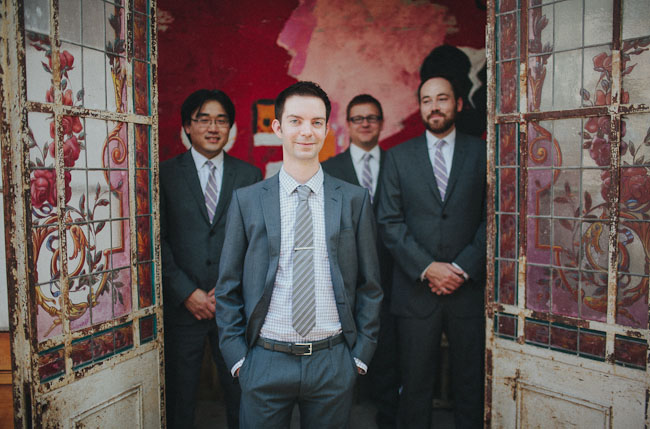 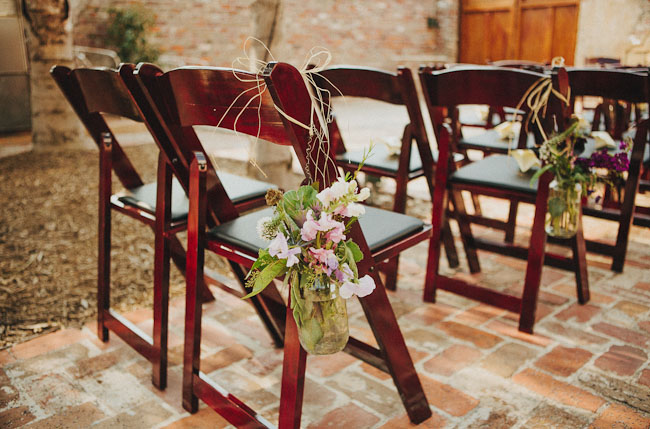 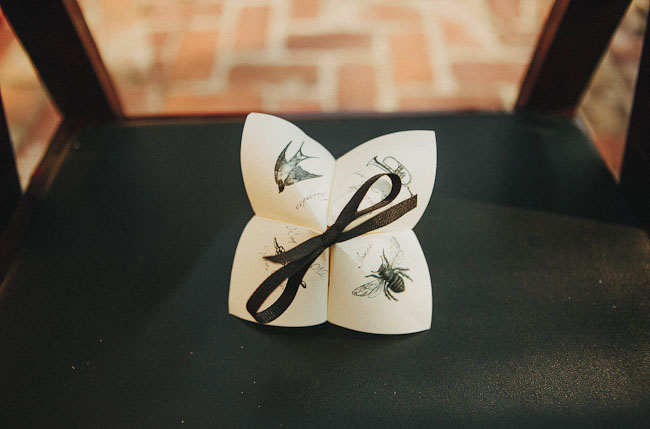 We made all the paper goods ourselves and kept it light and funny with “fortune teller” programs and menus made with vintage clip art. Our invitation was quite a process and I am thankful for my husbands patience in bringing the design to fruition. 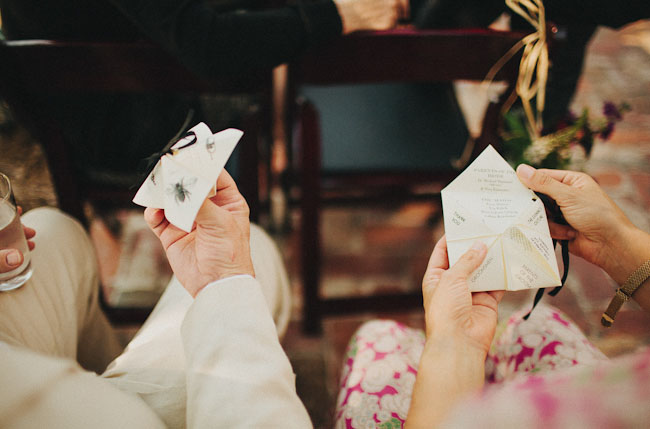 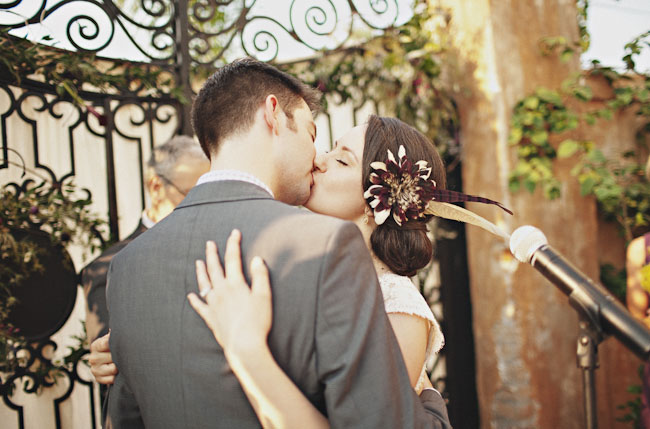 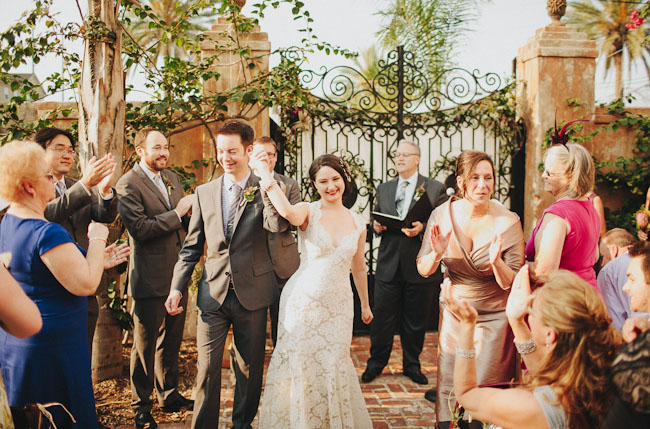 So many... Singing down the aisle. Finally getting to dance with my husband. Doing everyone's makeup. My dad marrying us. Realizing after the fact that I didn't have my bouquet down the aisle and that it just didn't matter. 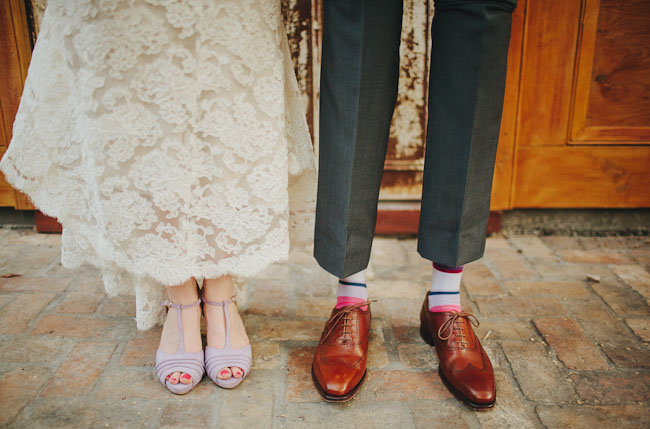 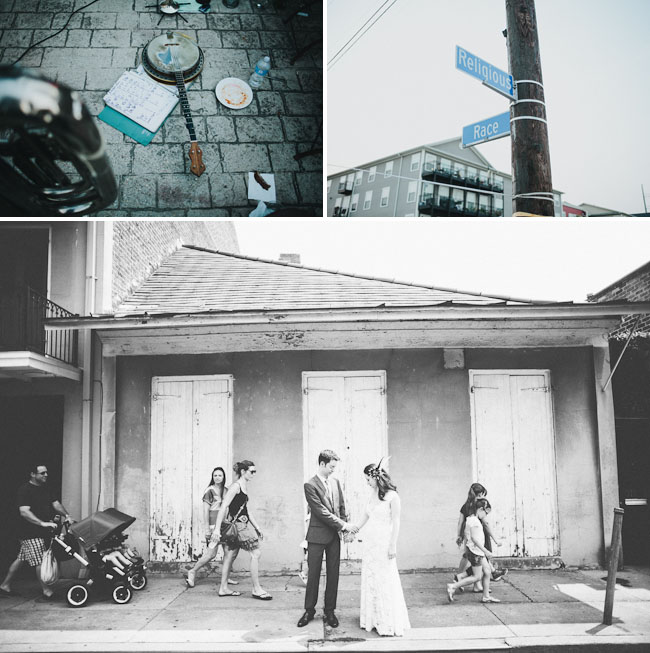 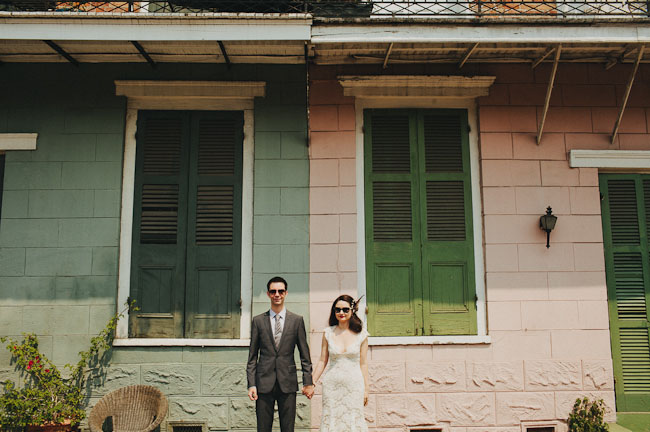 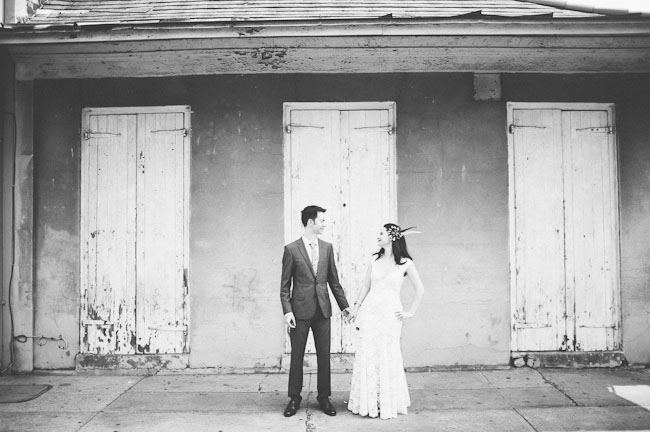 We tried not to overdo it on the decor since the venue had so much going on. My favorite part of the venue was that we were able to rent it for the whole weekend and stay there so it felt like we were getting married in our home. 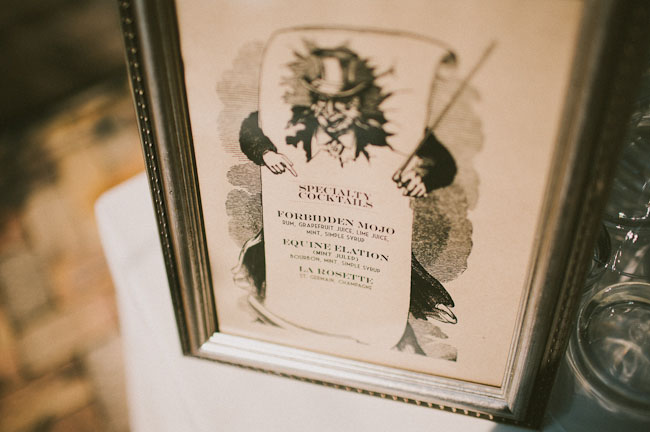 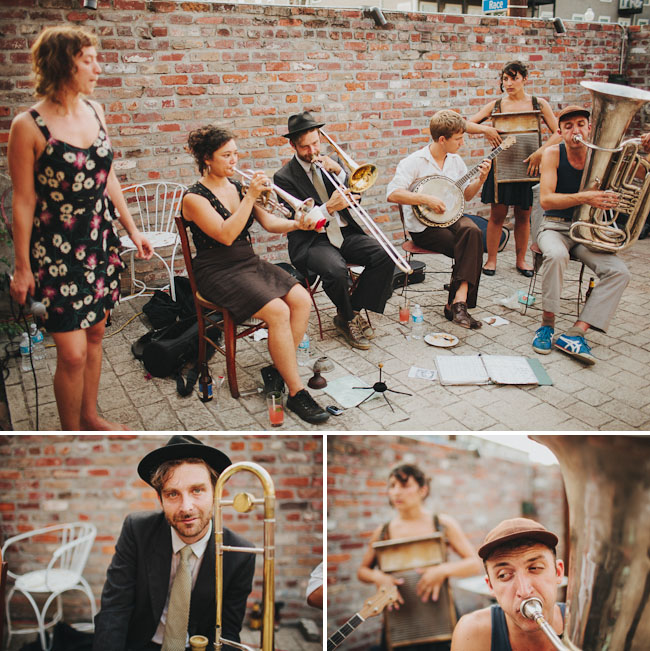 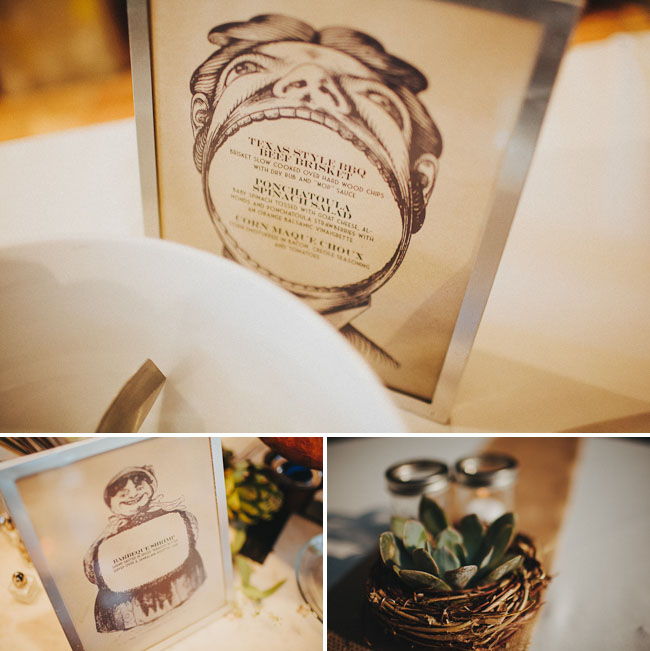 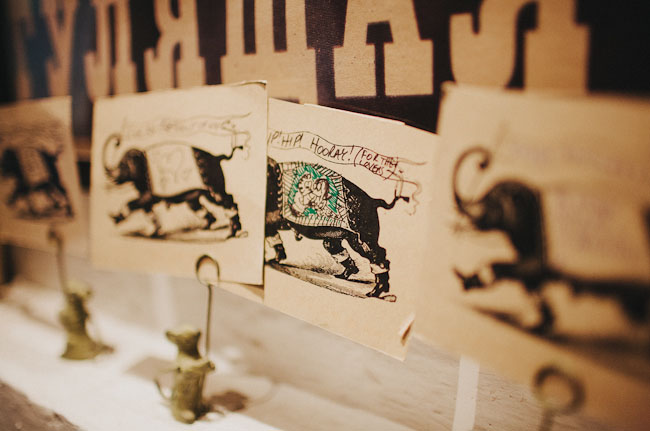 Get references for every vendor you want to use. Don't be afraid to ask someone who's work you love to travel. Get EVERYTHING in writing, and don't shrink from holding your vendors to what is written-down. Be really honest with yourself about how much DIY you can handle, I wouldn't have done it any other way but I am not going to lie I was stressed!

Remember, the only important part is that you are marrying the person you love more than anything else in the world. My bridesmaids were originally supposed to have fans I was altering, but they arrived late, and were hideous so I made them bouquets with flowers from wholefoods the day before and they came out amazing. Be willing to let the chips fall where they may, you may find things turn out better than you hoped.