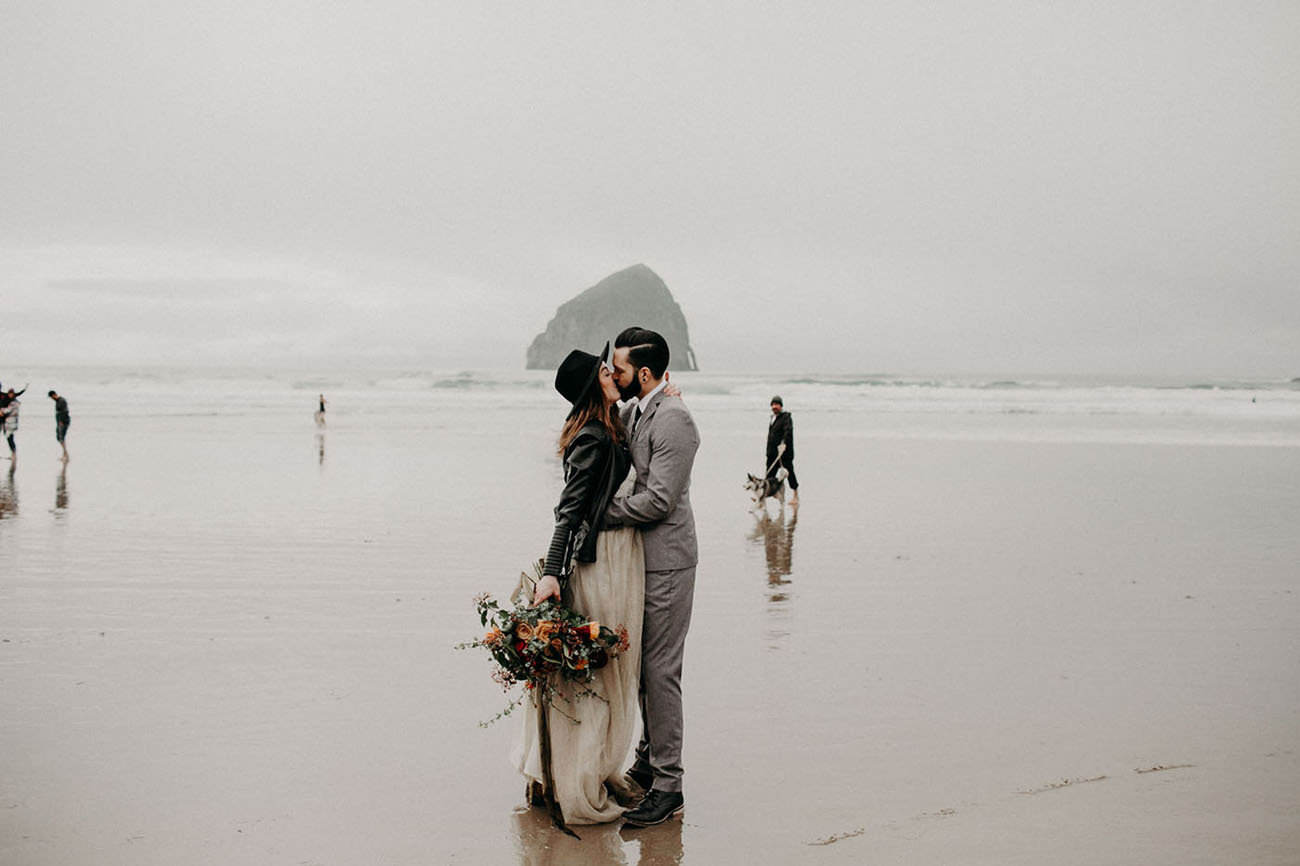 Intimate elopements are on the rise and we’re not complaining… Especially when the photos turn out as dreamy as these ones taken by Marcela Pulido Photography! Introducing Stephanie + Dallas, the two darlings from the small town of Olympia, Washington. Marcela shares The two of them had mutual friends and Stephanie even saw Dallas play in his band back in high school. However, she’d sworn off musicians, not wanting to date someone who traveled and left town all the time. Yet somehow, inexplicably, when Dallas posted to Facebook asking for a ride from the airport, Stephanie was the first to respond. They didn’t even really know each other very well at the time and she can’t really explain why she did it, but it was the catalyst for what was to come. Funny how such a small action can create major changes, right?

S picked up D and they ended up hanging out and watching movies with friends. They became inseparable buddies, but it wasn’t until a year later that it struck Dallas — he was crushin’ HARD! He excitedly called his best friend to tell him the news, and that friend responded with, “Is this about how you like Stephanie? Because we’ve all been talking about this for ages.” And the rest, as they say, is history.

Let’s venture to the Oregon Coast for their adventurous elopement! 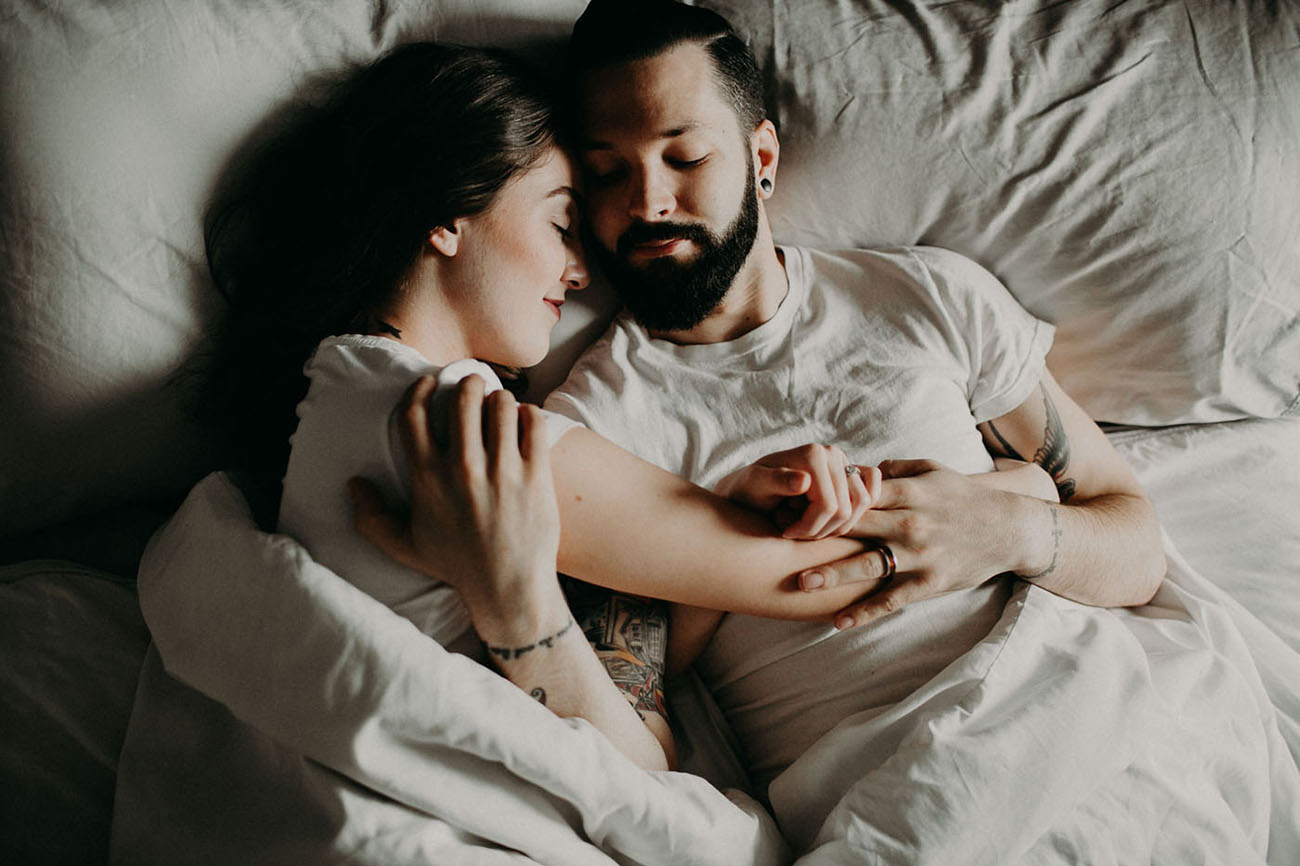 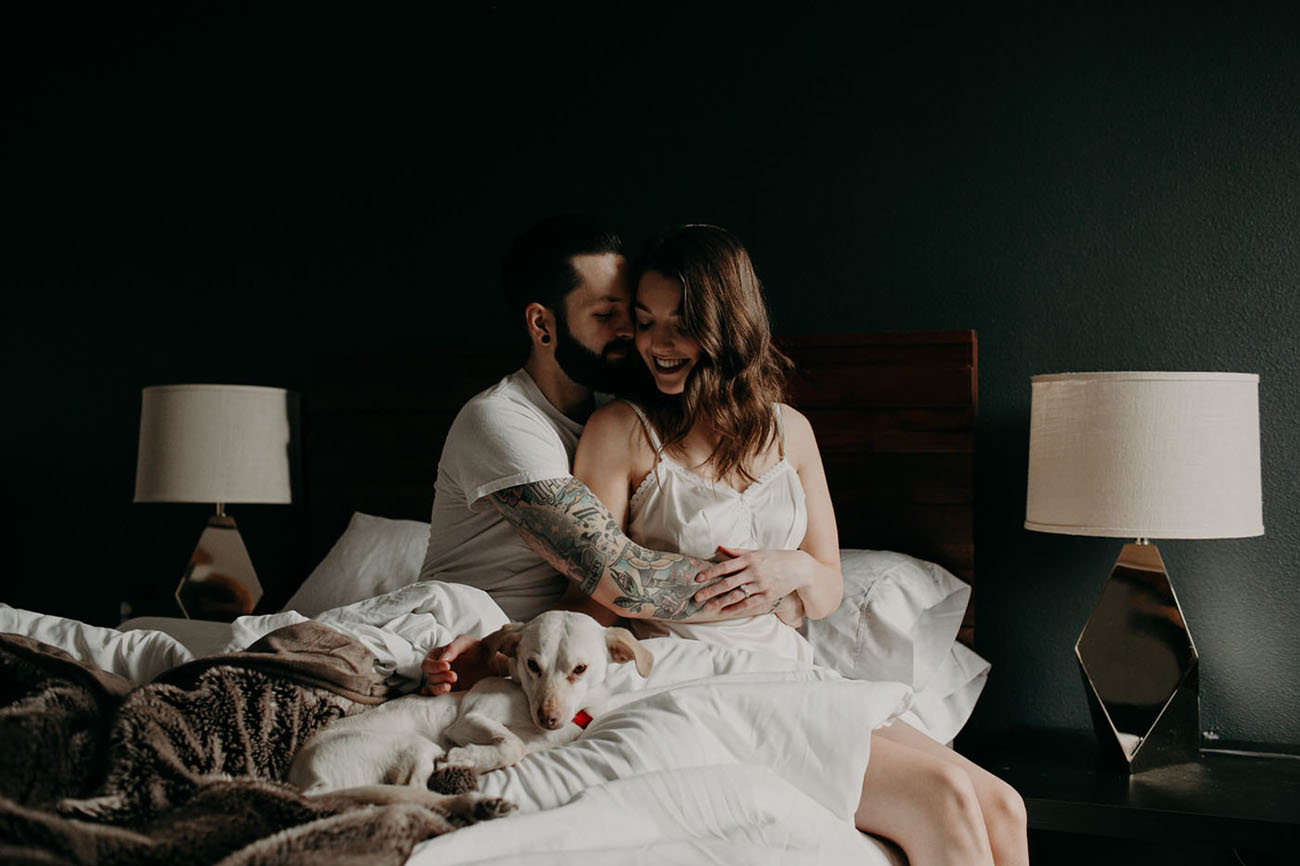 Morning cuddle sessions with their pup — is this the sweetest, or what?! 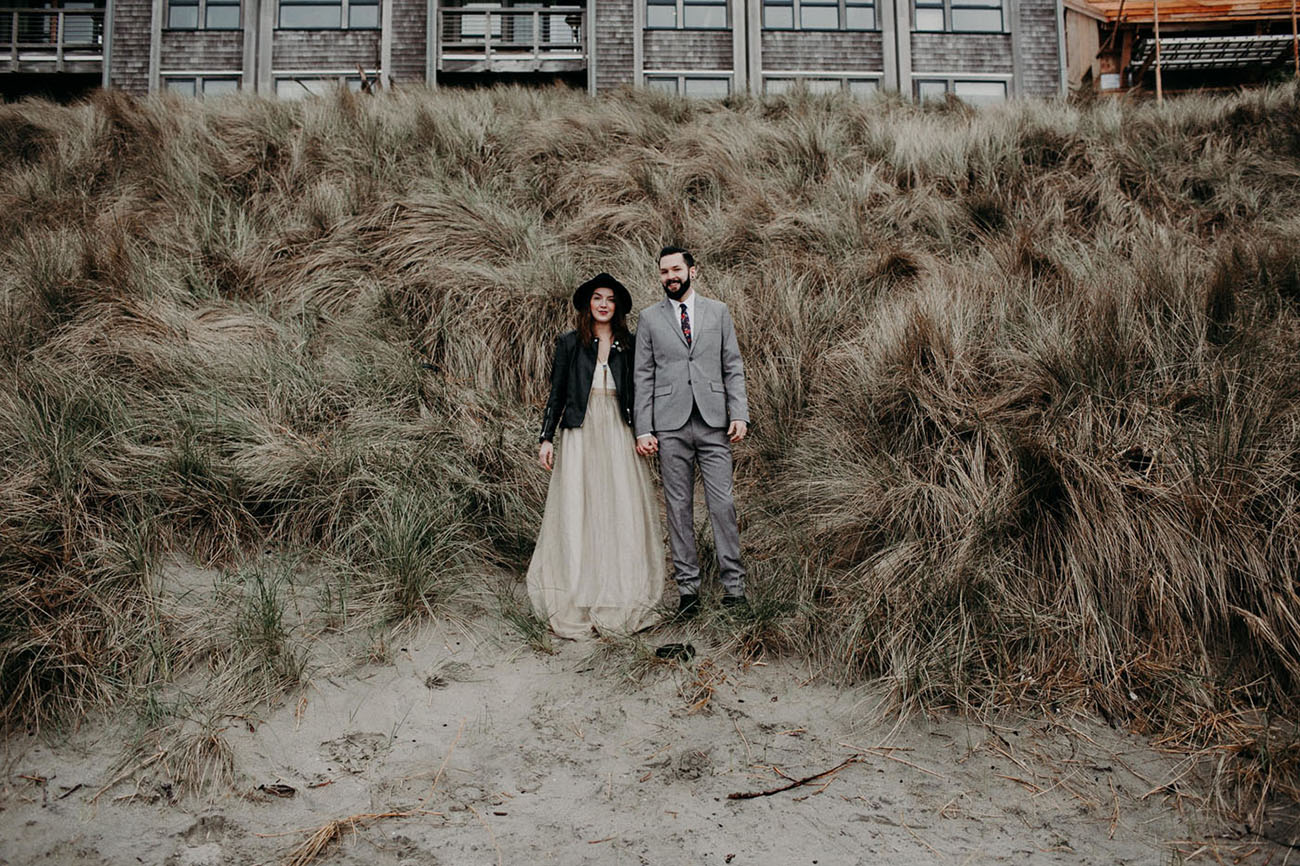 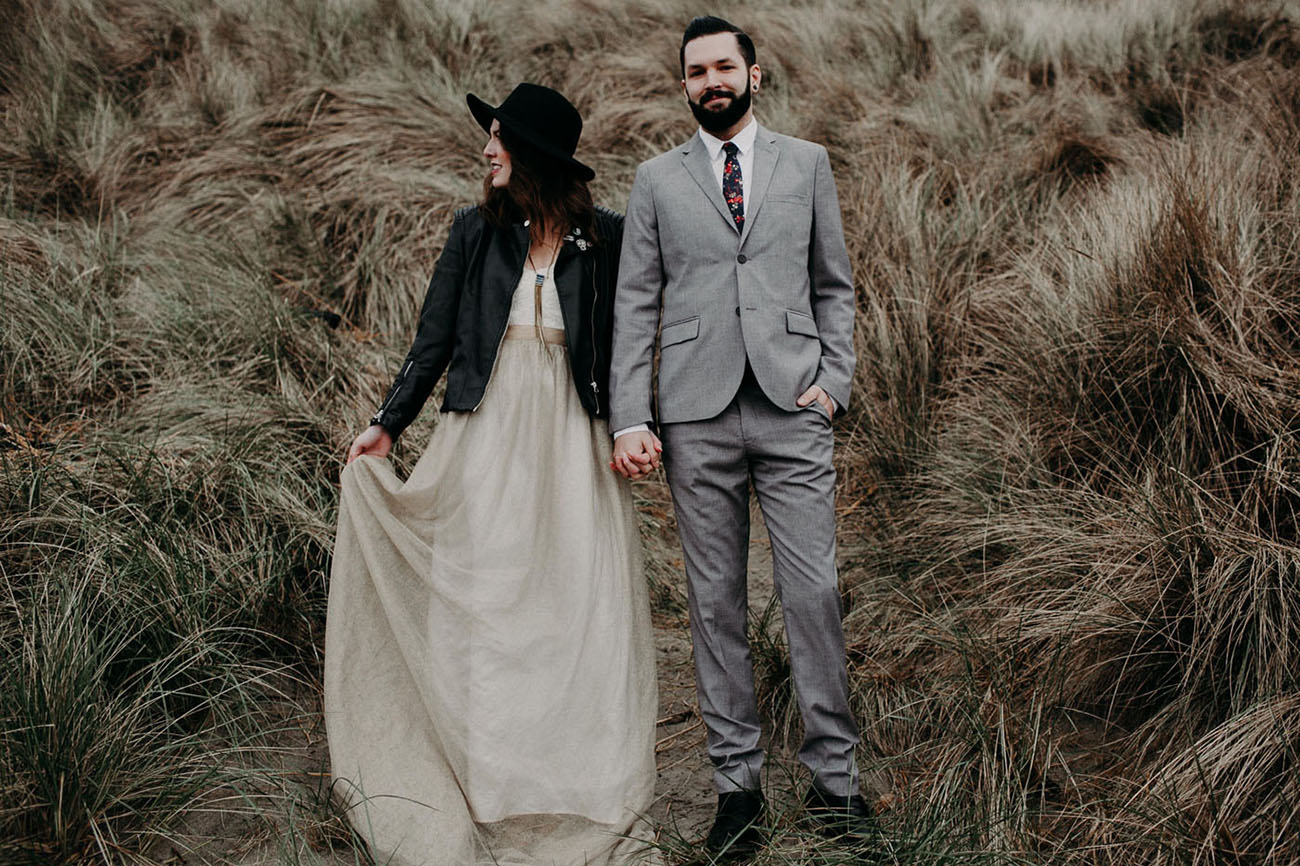 Aren’t these two stylin’?! Stephanie donned a gorgeous + ultra cool piece from The Diamond Sea Bridal. We’re loving the way she paired it with a leather jacket + hat to give it a bit of an edge. 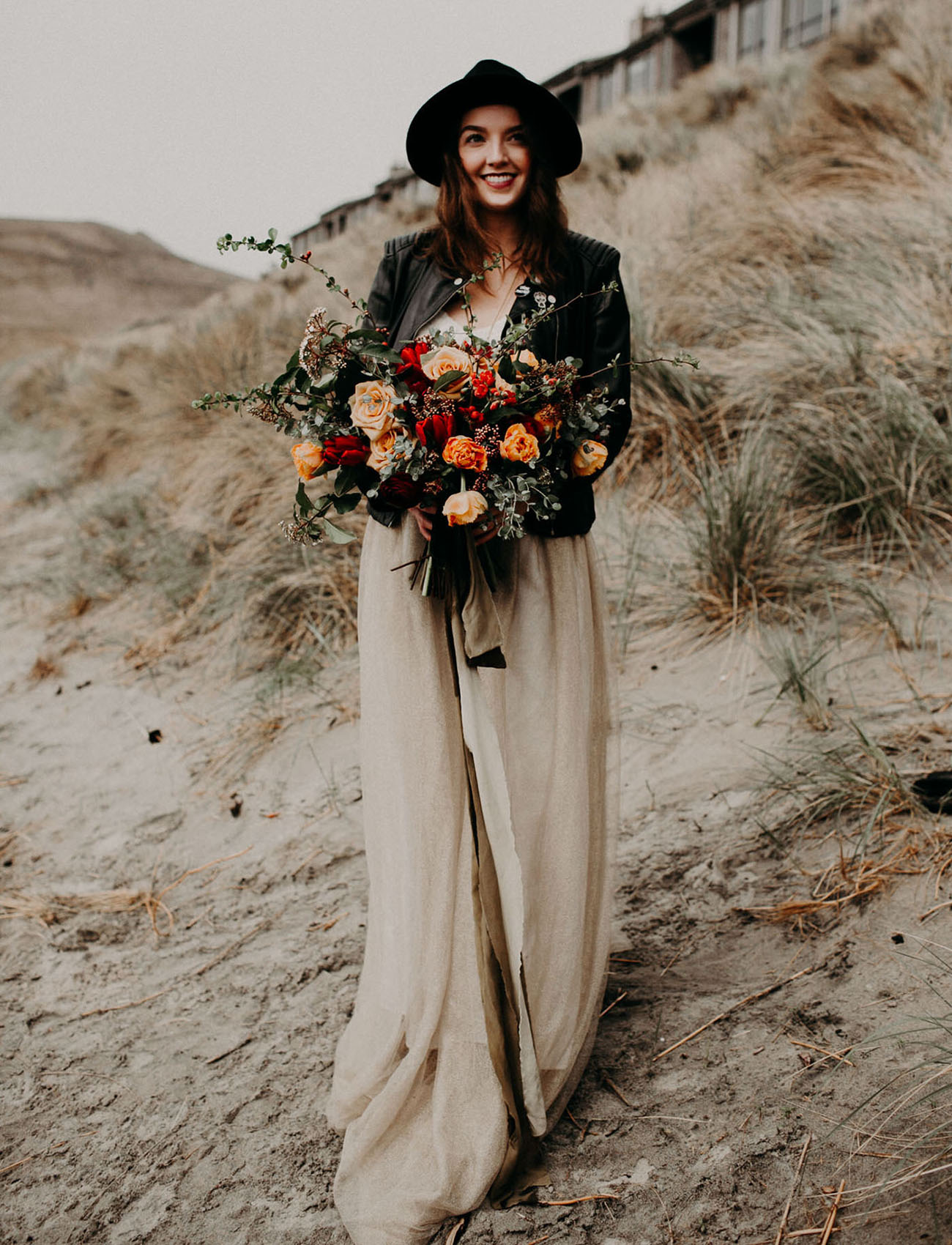 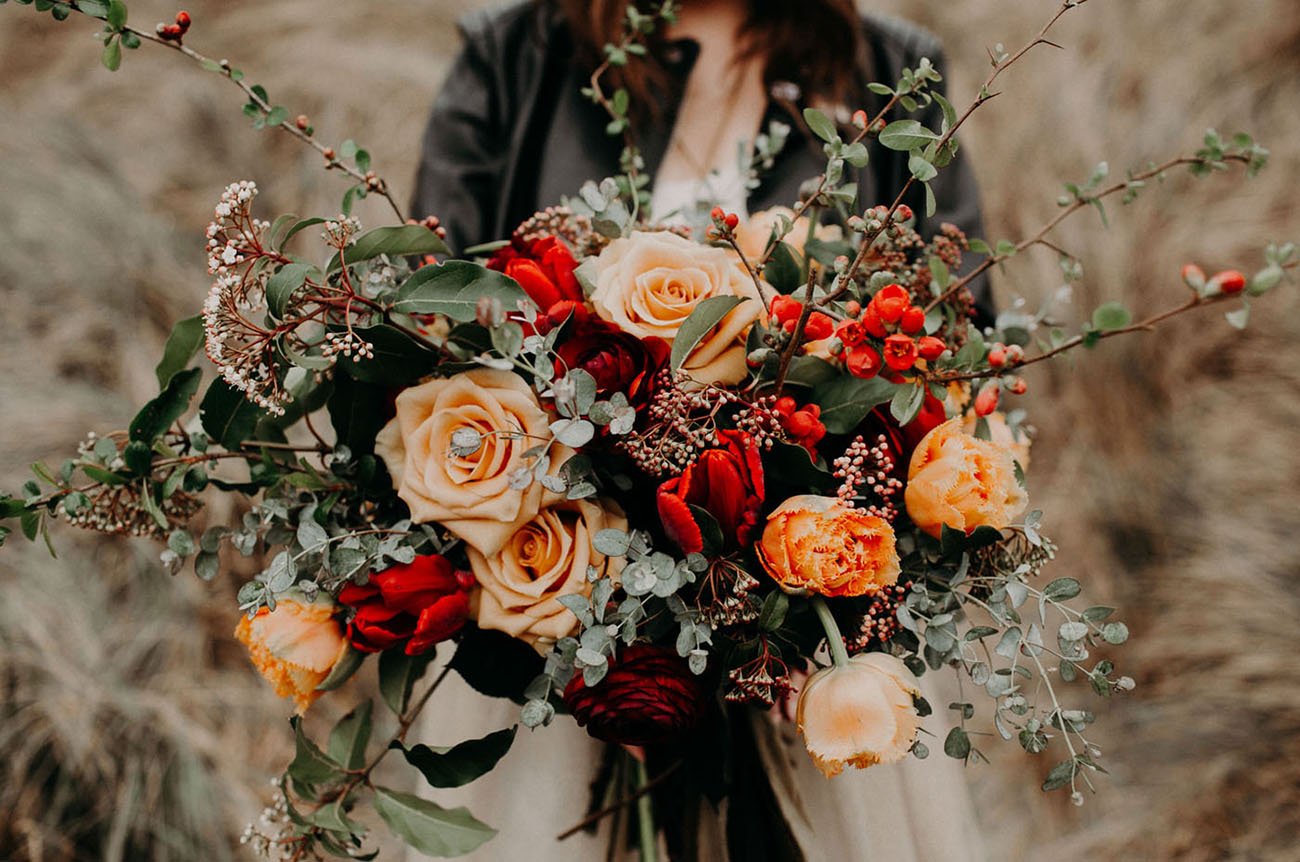 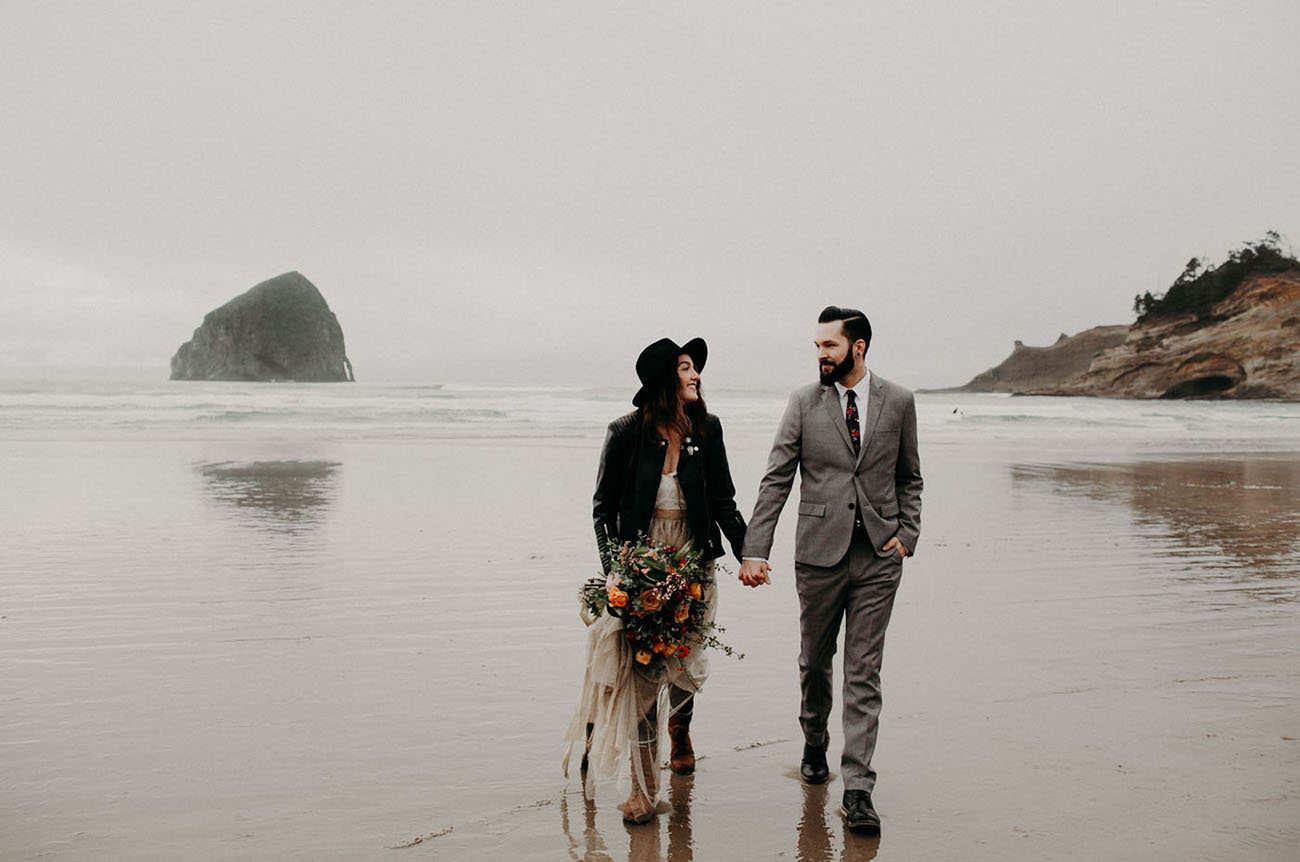 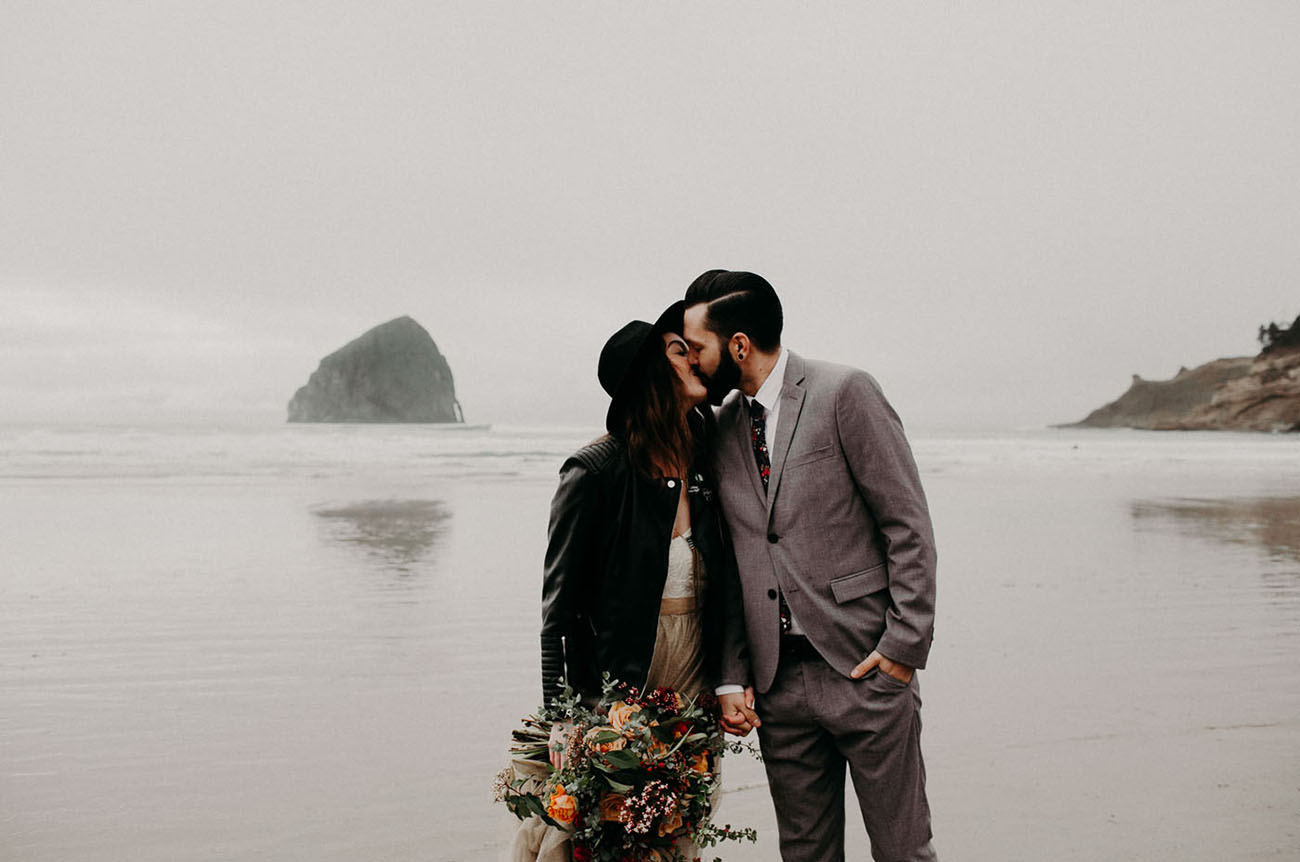 As for the suit the groom rocked? It’s from Dazi USA. And might we add, that floral tie is *UH-MAZING*! 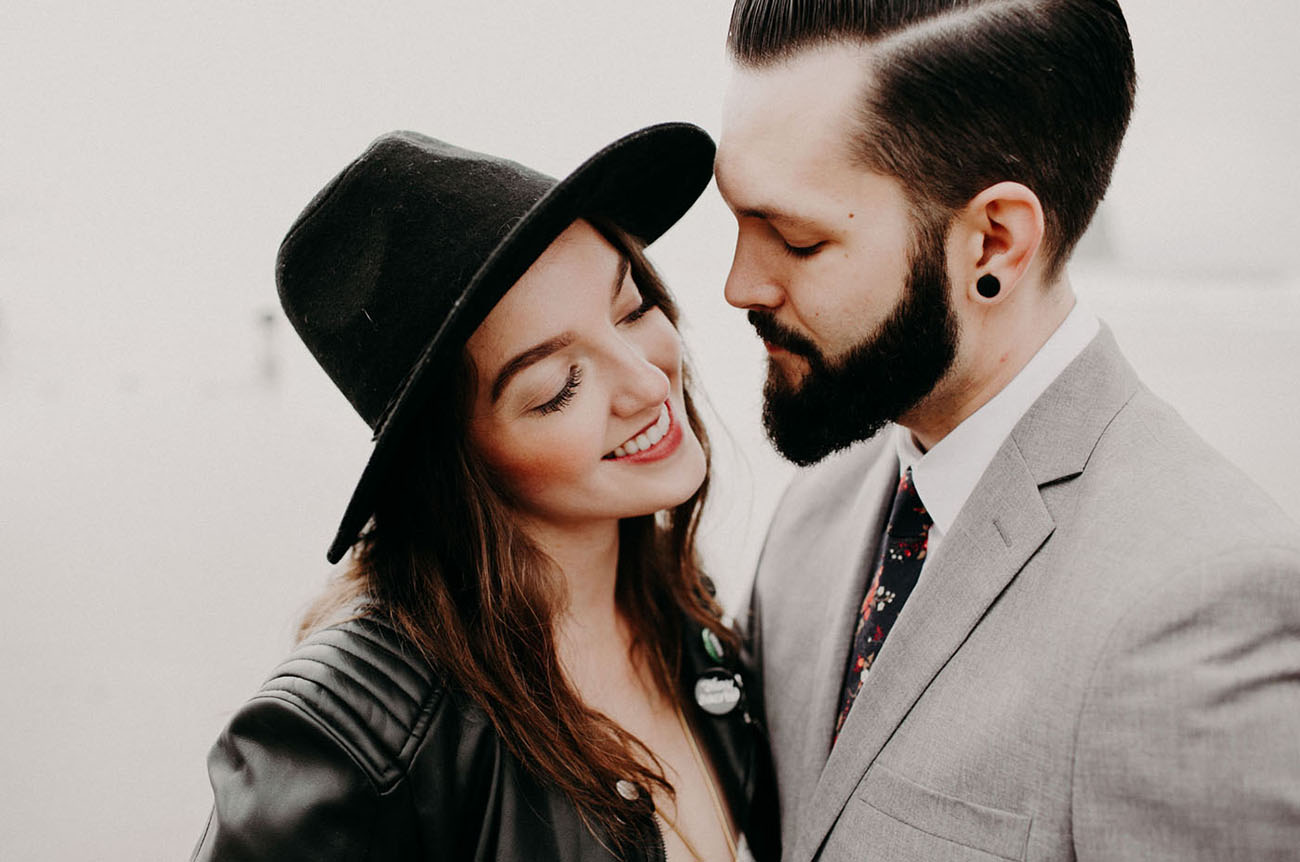 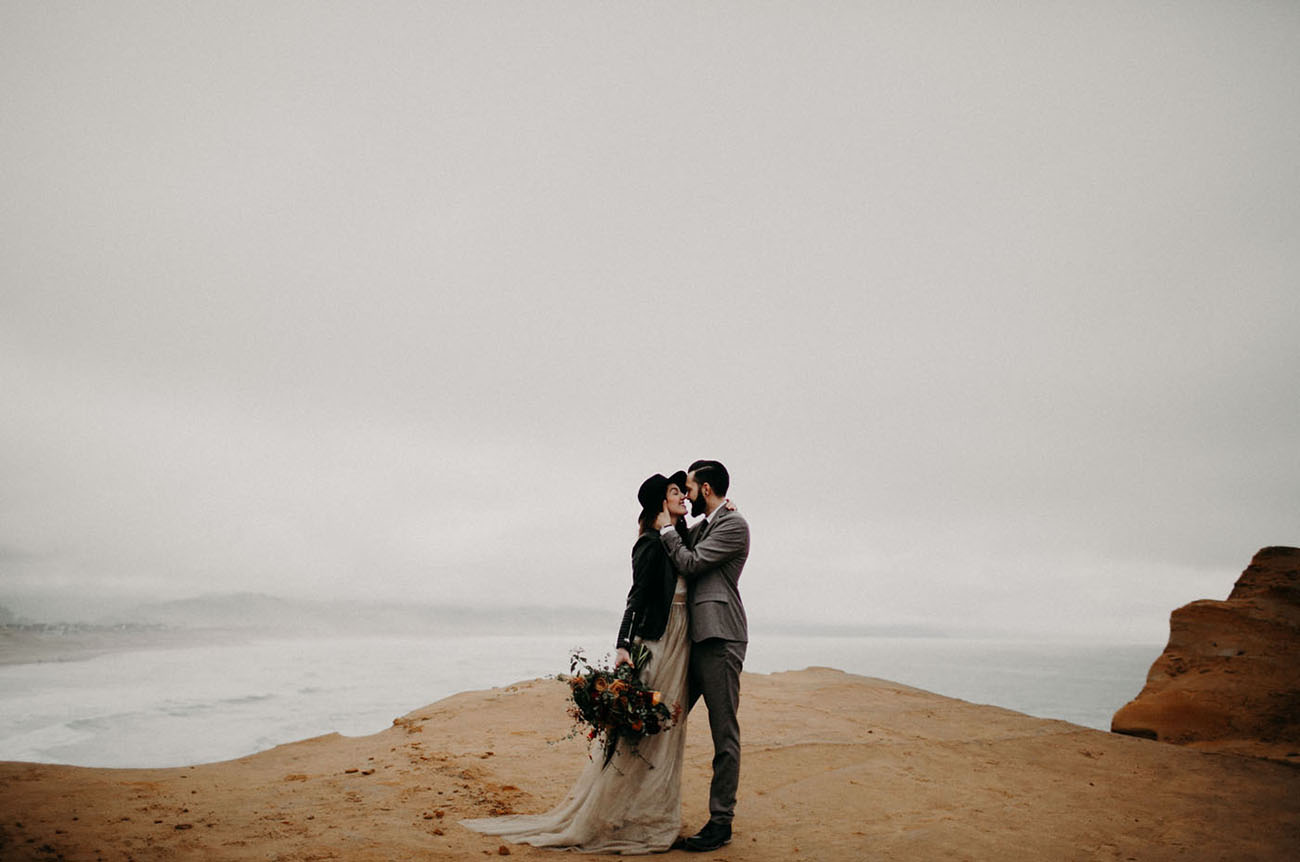 The wedding day can be such a blur filled with amazing memories. But I think the most memorable moment for us was the moment we were officially pronounced husband and wife, and we knew that that very moment was the start of our forever together!! 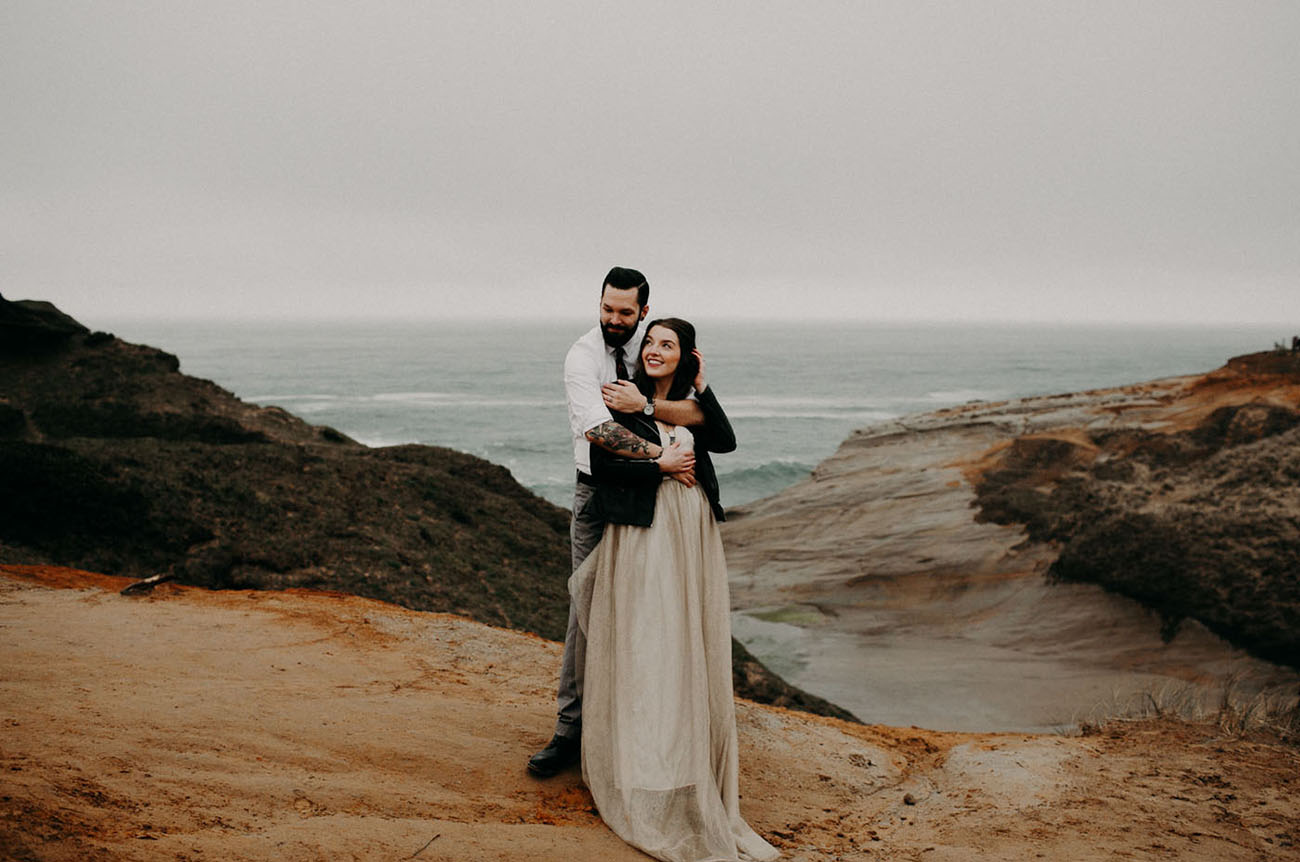 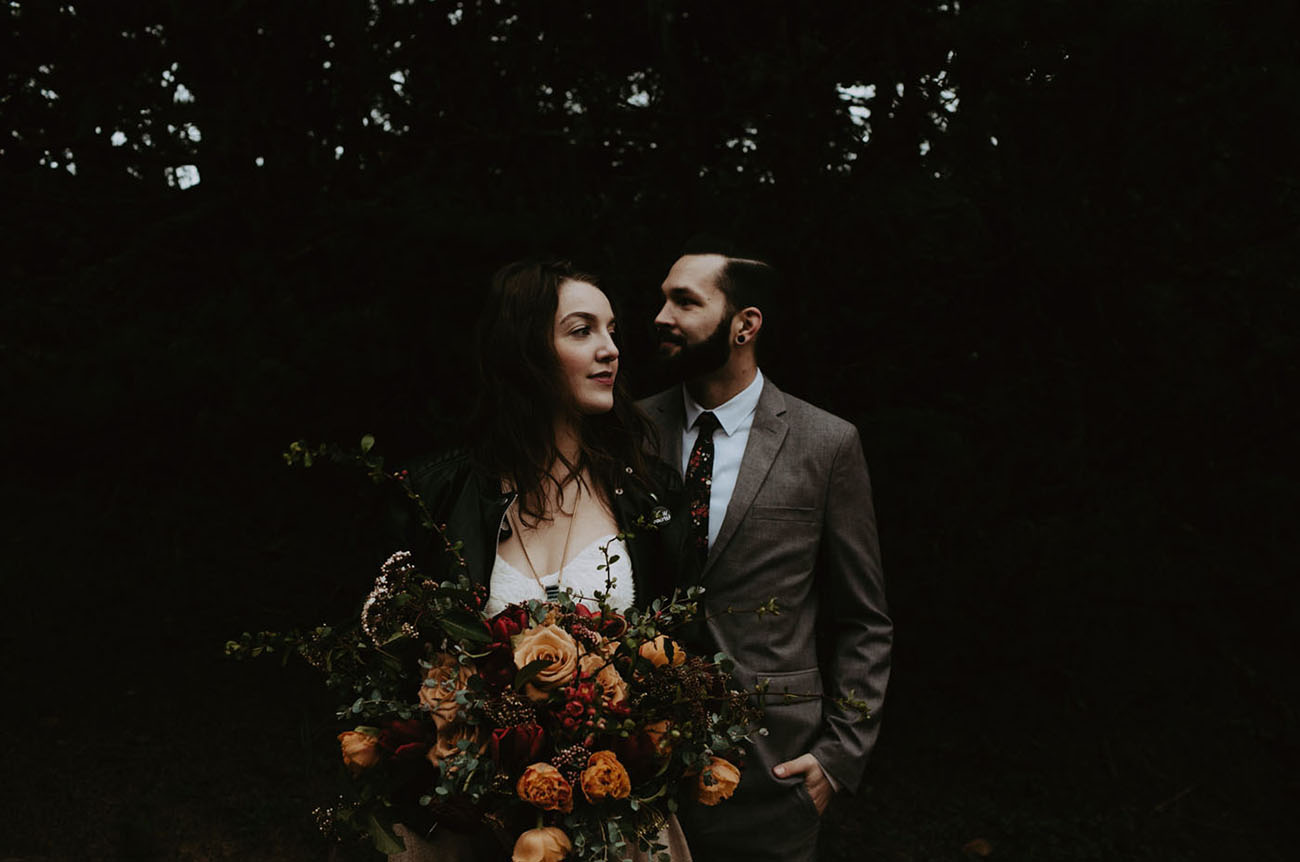 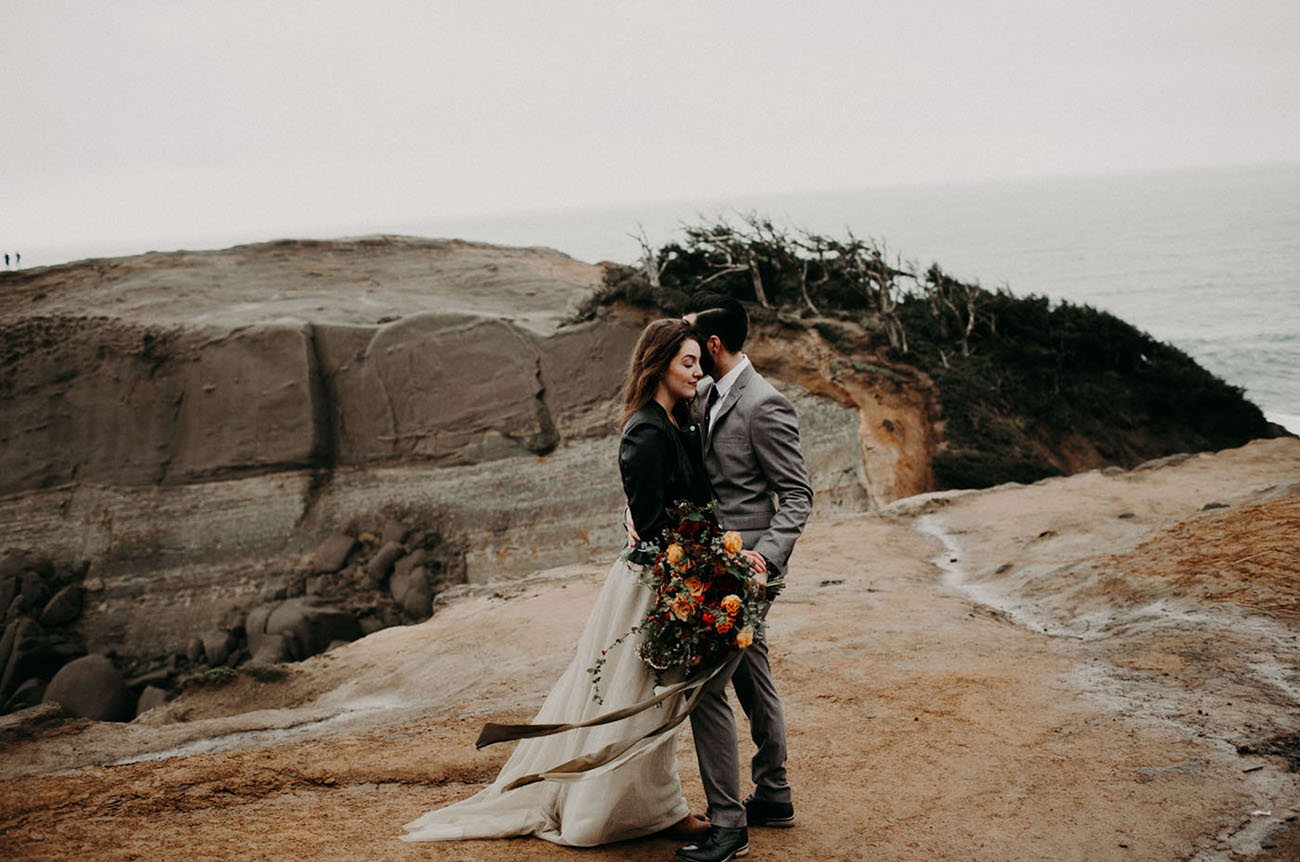 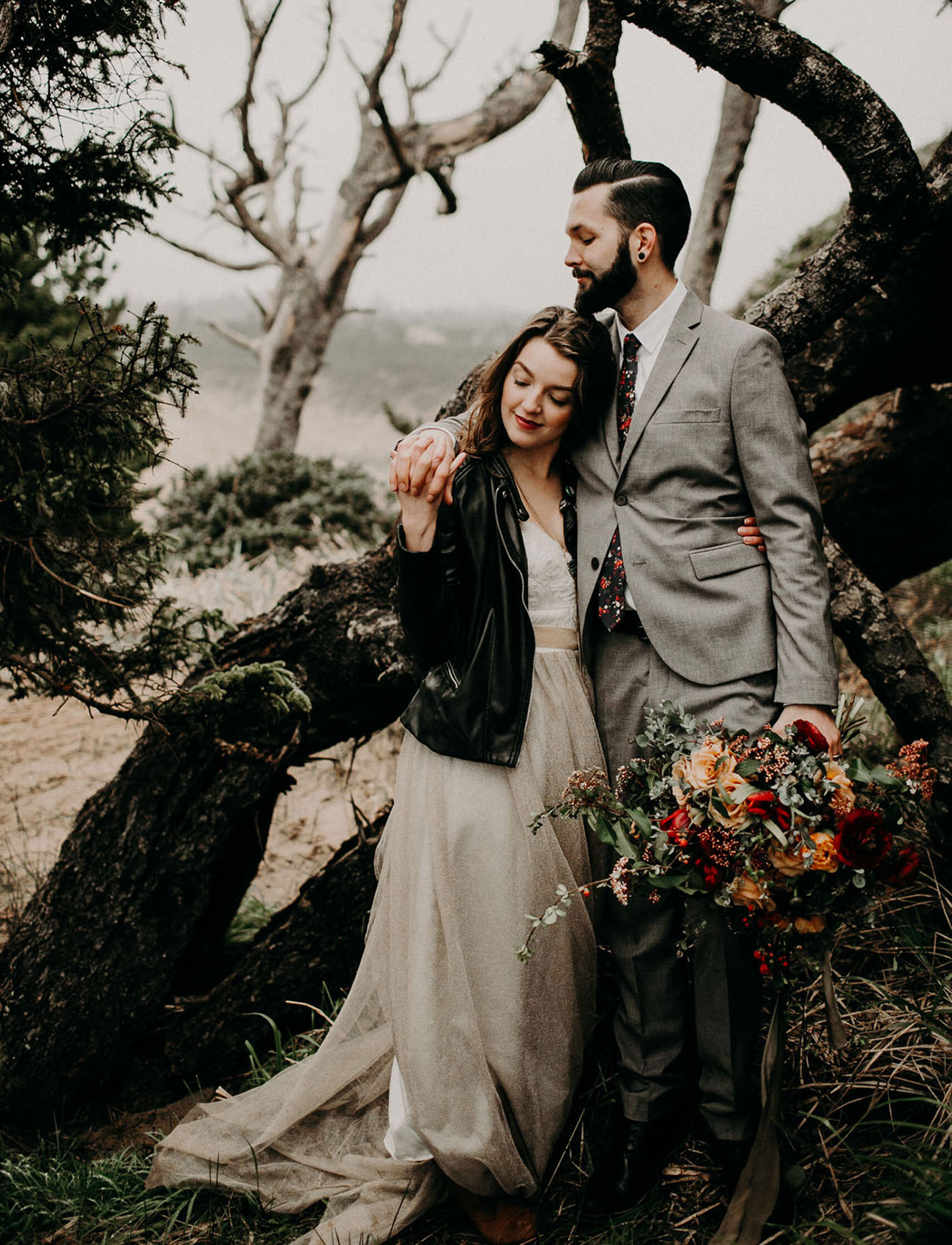 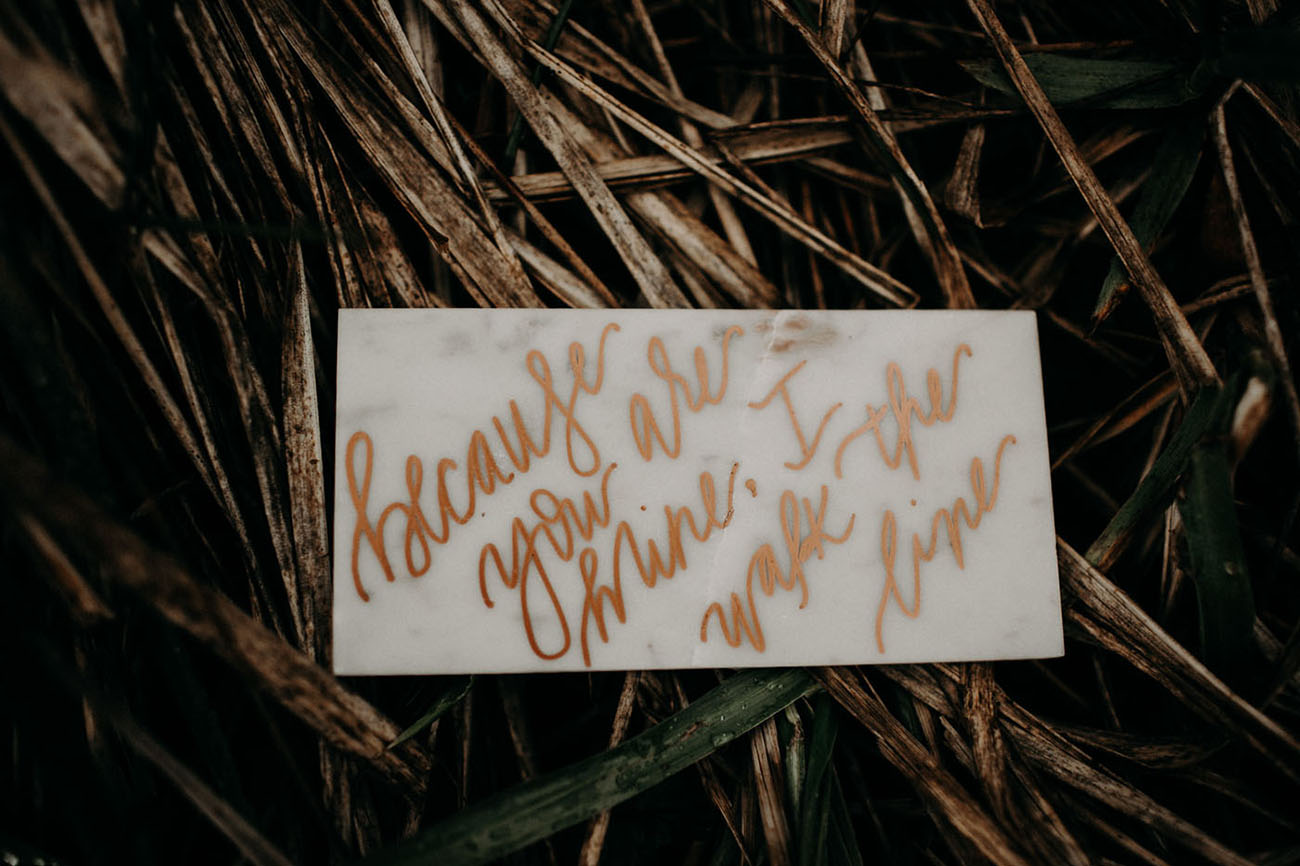 “Because you are mine, I walk the line.” Incorporating a music quote that is significant to your relationship is such a sweet touch, don’t you think? We’re particularly fond of this one hand-lettered by Southern Scribe. 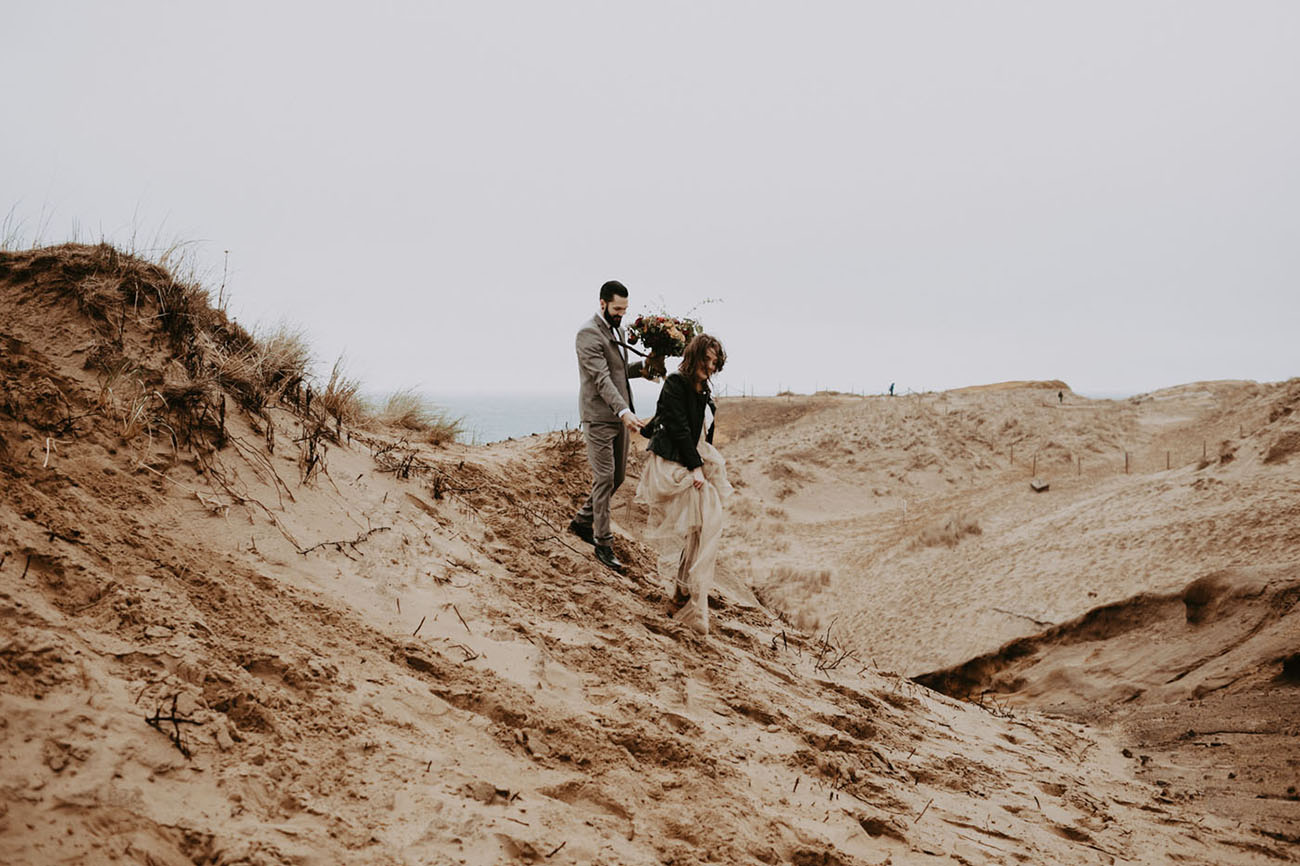 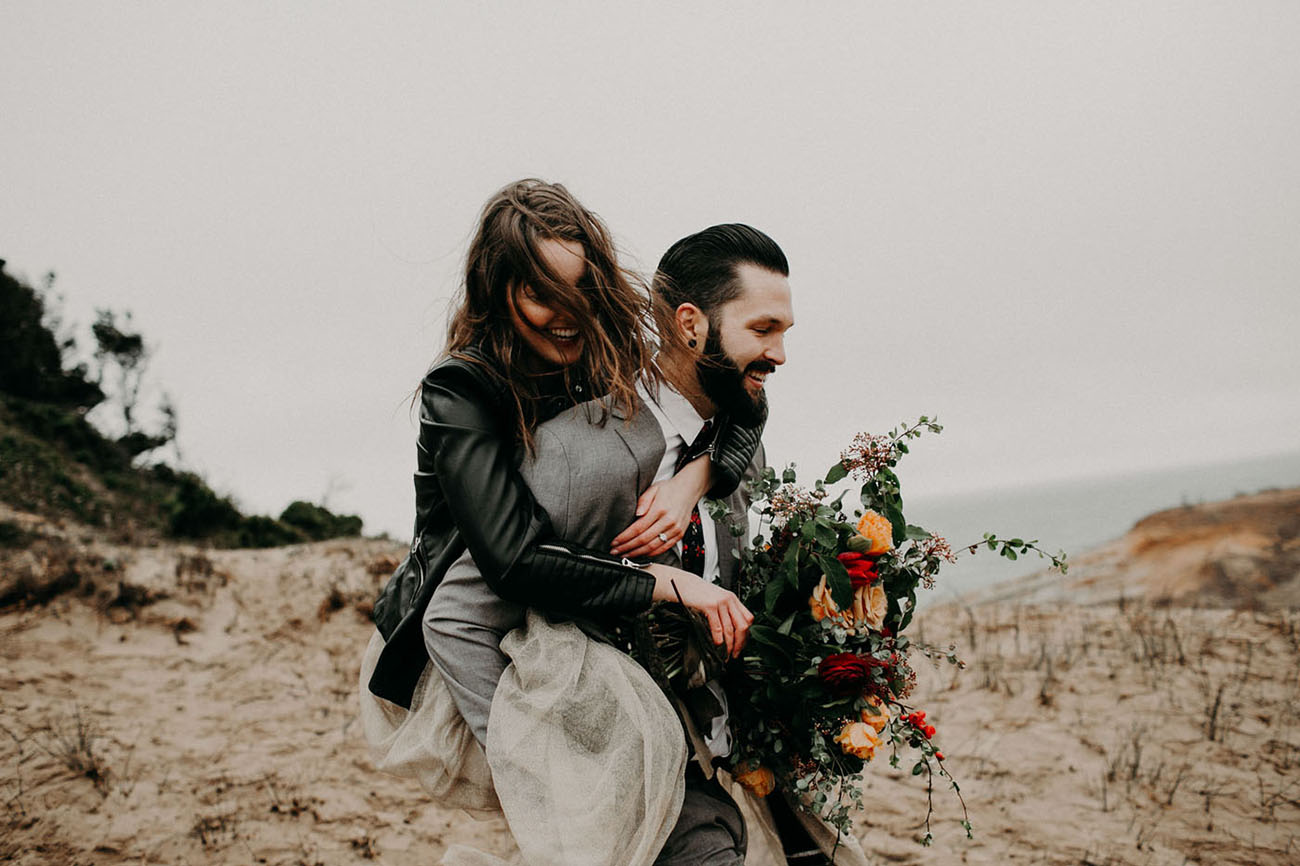 Make sure to remember that at the end of the day, it is all about YOU two and your love together, and that is what matters most. The other thing we have realized is to really be selective when picking your photographer. Make sure to find someone who really reflects your style and feel. There is so much more than just being able to take a great photo. A great quality photo can only go so far if they don't capture your personality and your style. That is what makes them priceless.

So. So. Dreamy. Isn’t this giving you all the feels + making you want to road trip up the coast?

From the team at GWS — congrats, Stephanie + Dallas!!