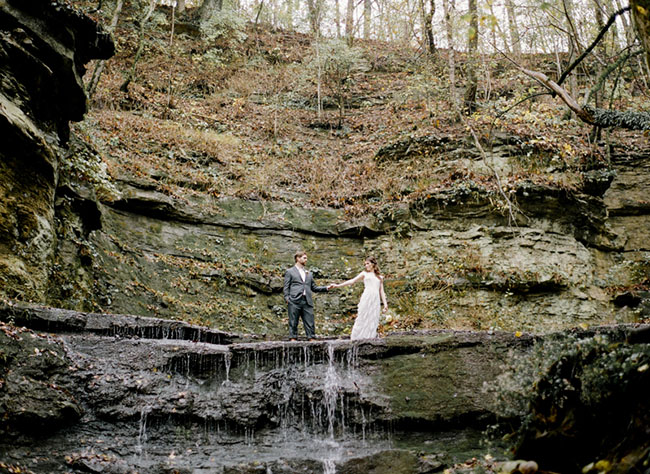 Rain can often put a damper on a wedding day, but that wasn’t the case for Amanda + Michael.  After planning for months for their sweet waterfall elopement at Jackson Falls (near Nashville), Hurricane Patricia tried to throw a wrench in their plans. But, love truly does conquer all, and their talented photographer, Sophie Epton, says it best when she shares, Amanda and Michael didn’t get caught up in the perfection of every tiny detail, but instead embraced the weather because they just wanted to be married!

Ashley and the team at Southern Social Events + Rentals was vital in keeping things together when the weather forecast began to fall apart. In addition to helping Amanda + Michael plan and design their nuptials, they helped keep everyone dry under the many umbrellas they came prepared with and, in turn, some beautifully moody portraits + images were possible… 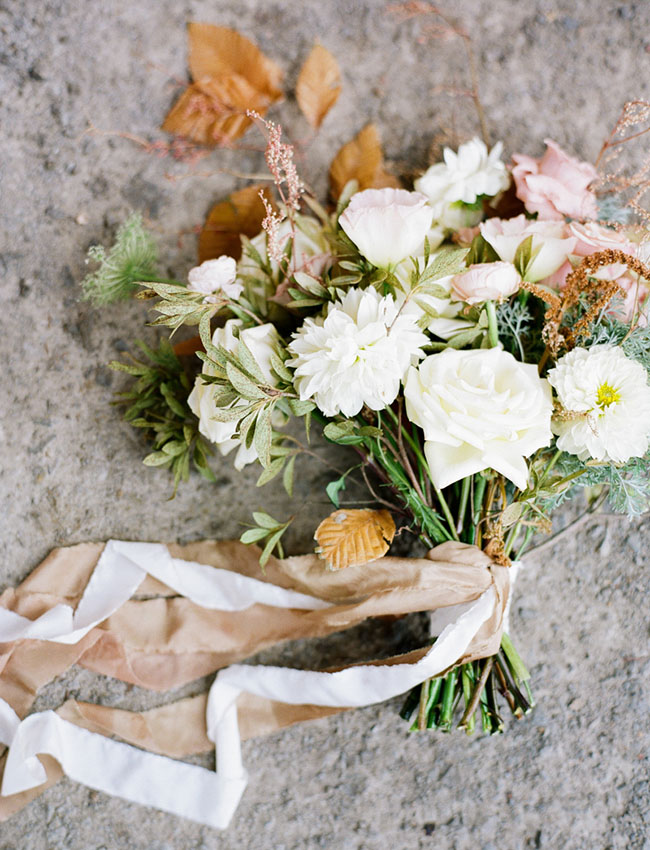 A romantic bouquet by Petal & Pine (tied with ribbon by Frou Frou Chic) was a perfect fit for the monumental occasion. 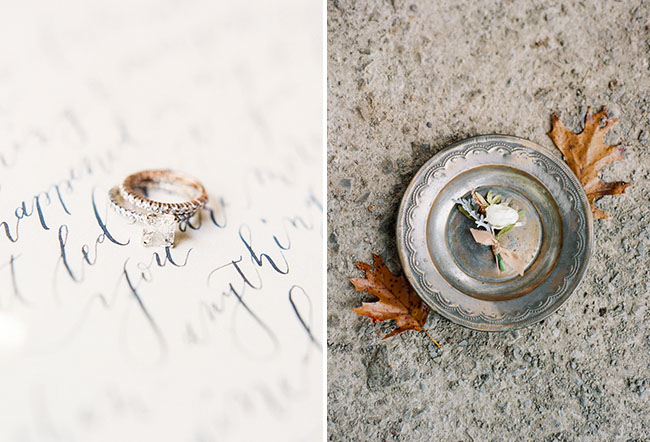 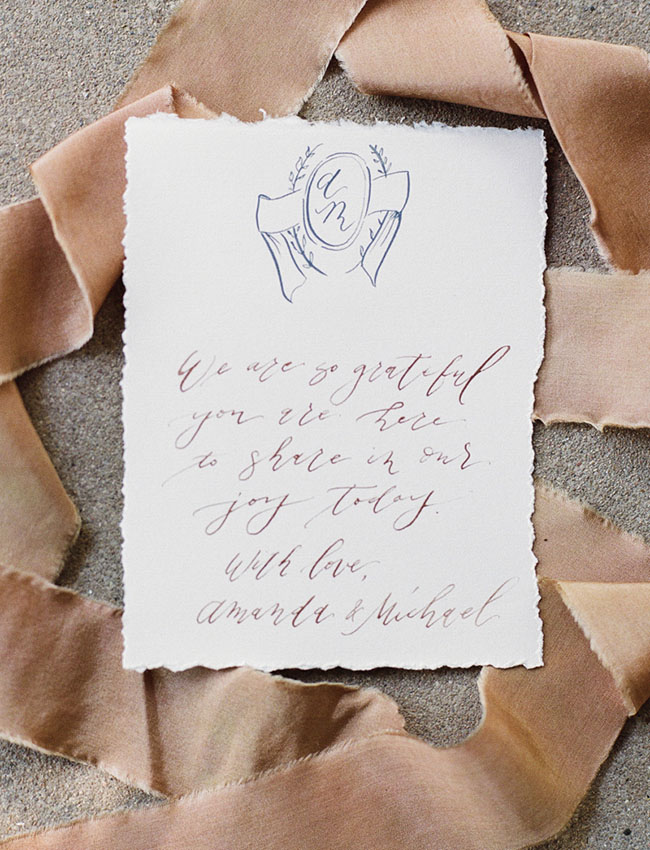 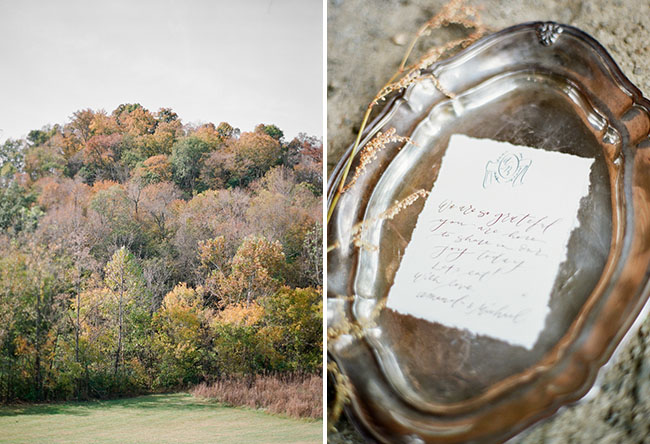 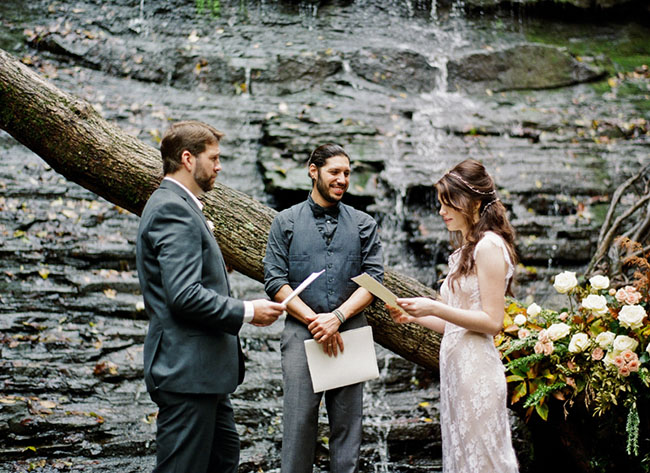 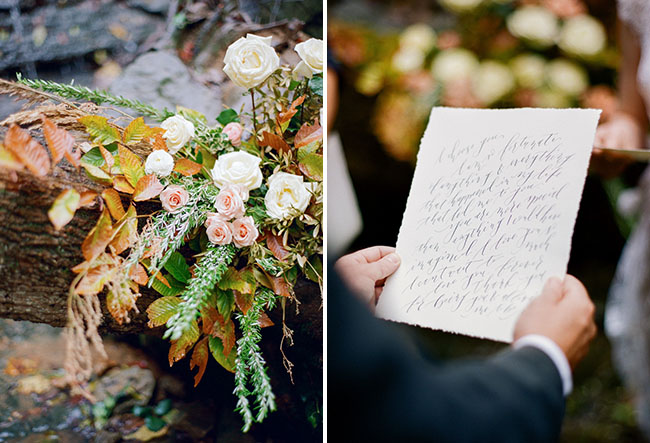 During the ceremony, Amanda + Michael read vows that they wrote for one another, which were beautifully re-penned by Jessica R. Crowell, in a wavy, whimsical path to evoke an idea of water that they would be standing in while reciting their love. 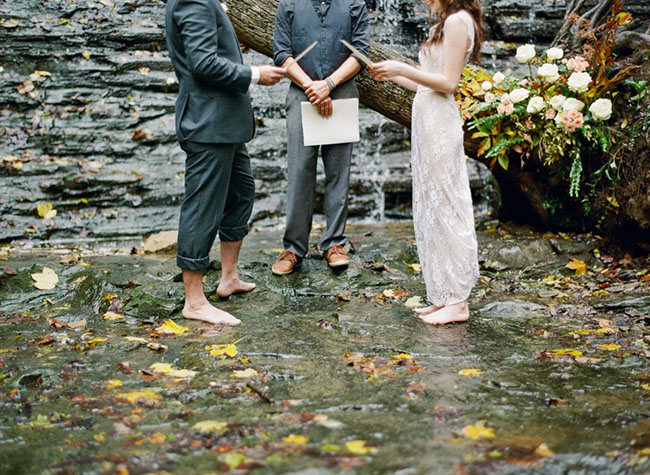 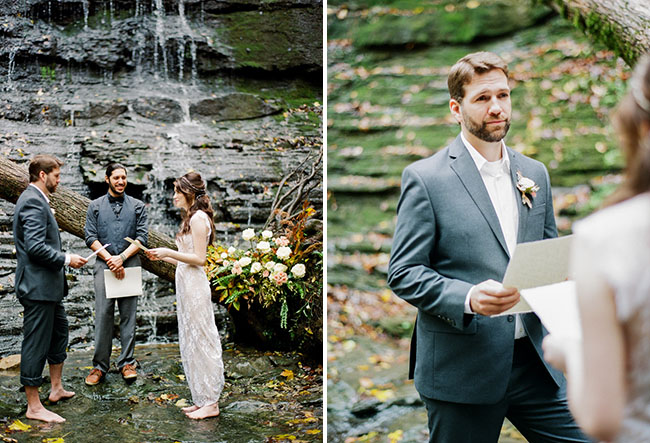 It was absolutely surreal standing at the base of Jackson Falls and reciting our vows. It had been raining the entire day, but for a brief moment the rain stopped just long enough for our ceremony. Surrounded by so much majestic beauty and being married barefoot in the water was such a magical memory that I will never forget. 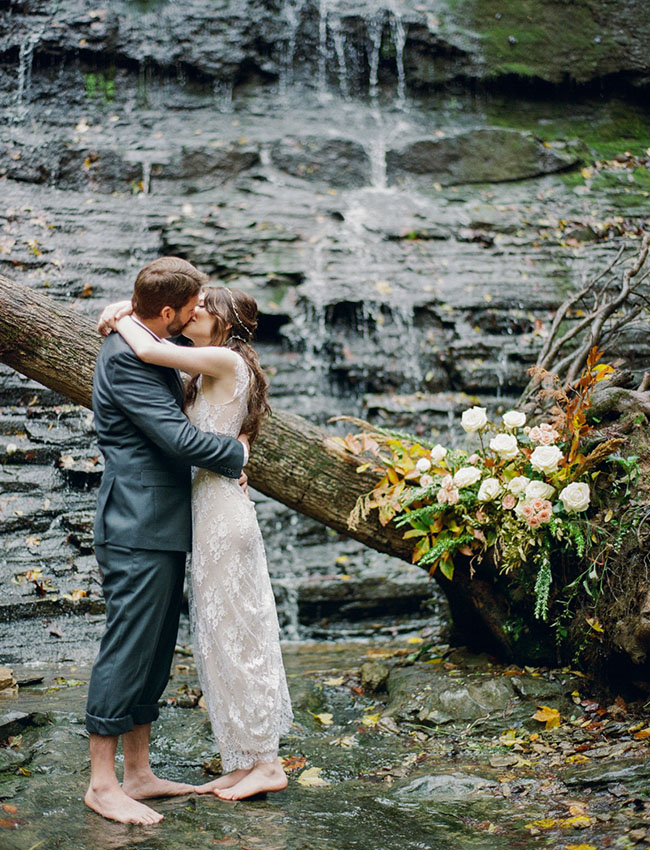 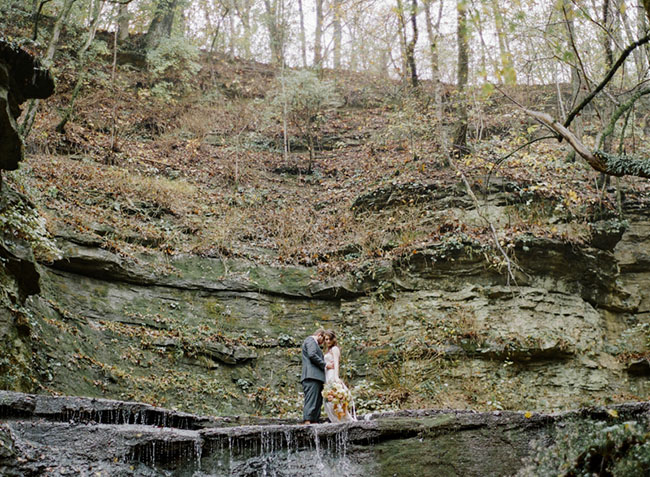 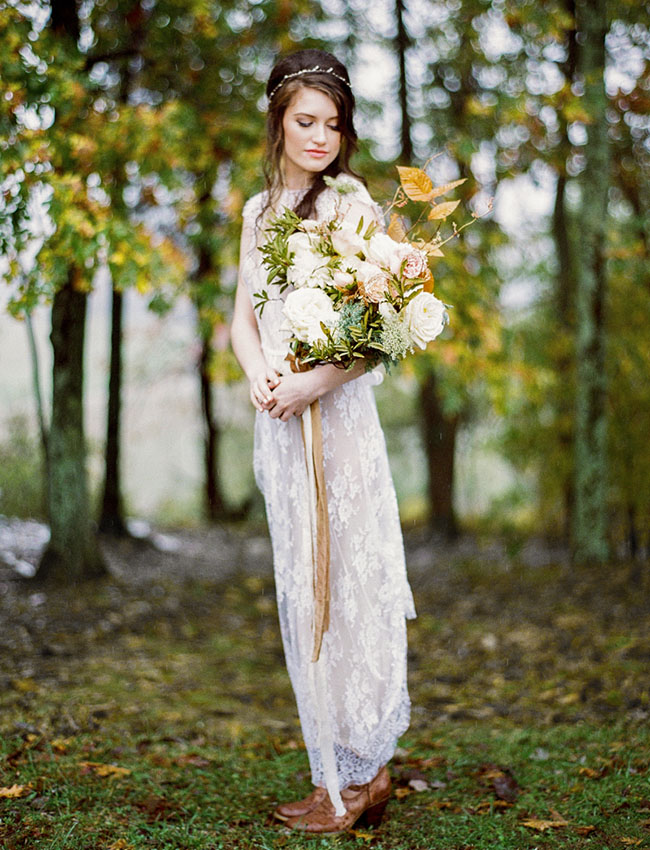 We adore Amanda’s Rue de Seine dress, via The Dress Theory, which she paired with a pair of vintage boots. 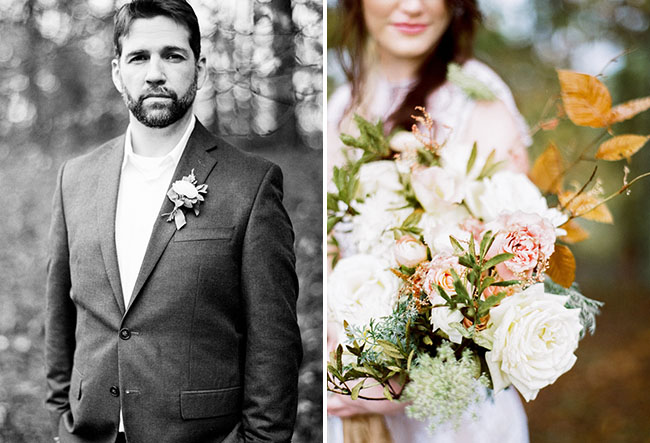 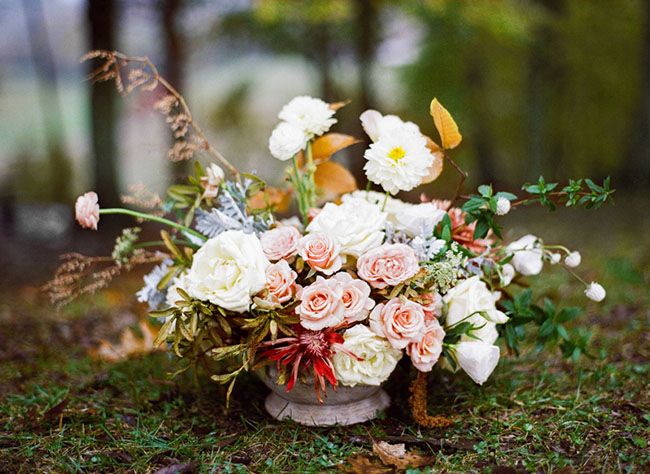 Sophie says, Although we had to adjust a few items on day of (like scrapping the table setup for their private dinner), our incredible vendors still came together to help give Amanda and Michael the day they had always envisioned. 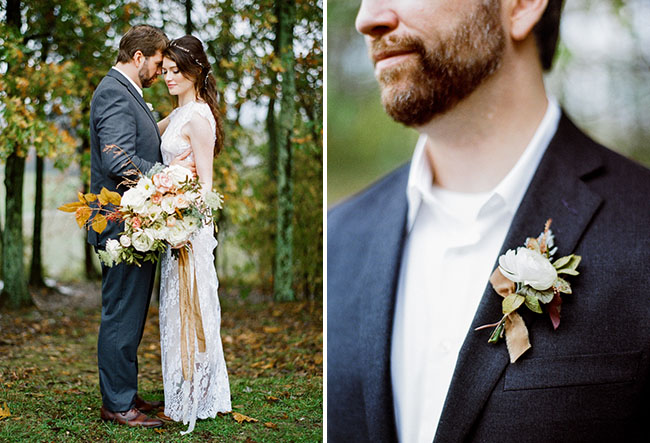 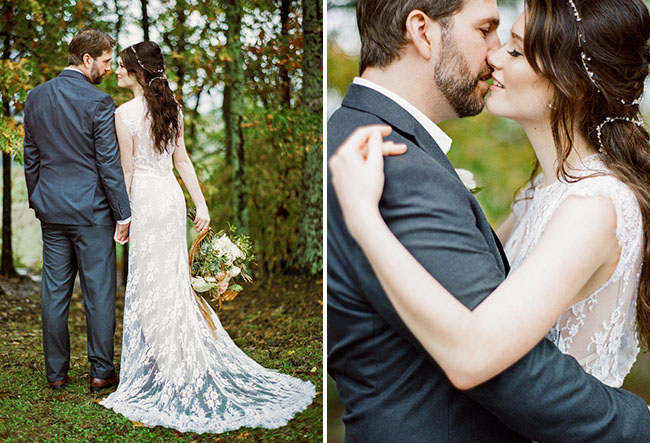 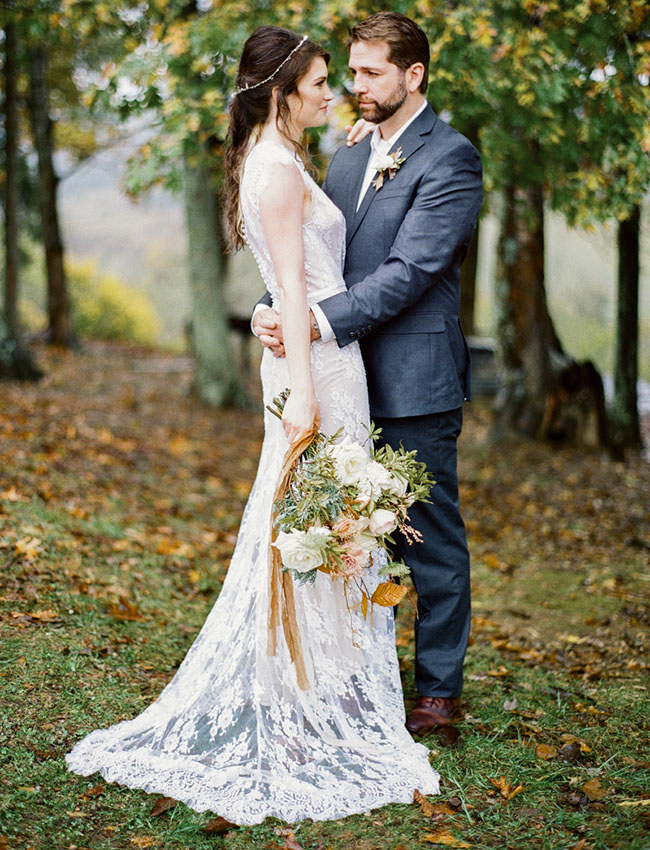 And don’t miss the lovely film below by Alyssa Torrech Videography:

Have the best time, and make it about you! The greatest part about planning an elopement is that you have the freedom to go anywhere you want, and plan it out exactly how you see fit. Even if it takes a little while to save up for what you want to do, take your time and make sure if feels truly like "you."