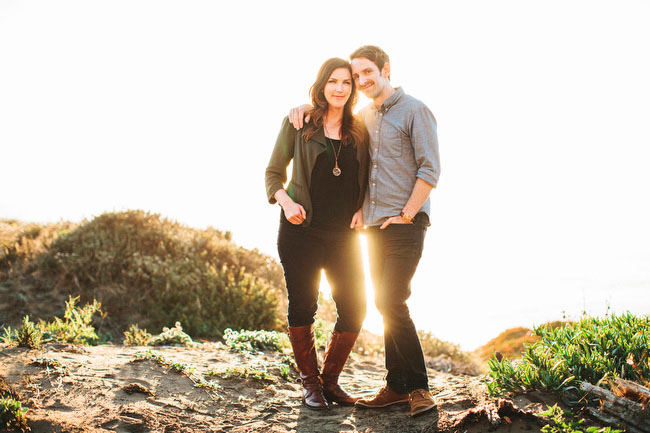 Jackie + David had been friends for years before their relationship was taken to the next level as they got to know each other better. And during a stealthily planned ‘faux weekend getaway’, David proposed to Jackie atop a beautiful cliff overlooking the ocean.  Since they met + live in San Francisco, they knew it would be the perfect backdrop for their engagement photos, so they trekked around the city with Josh Elliott, hitting all of their favorite scenic spots, including the viewpoint where David proposed. I just love the idea of returning to your proposal location for your engagement photos! :) And if you love a good proposal story like I do, you definitely won’t want to miss Jackie + David’s at the very end of the post! 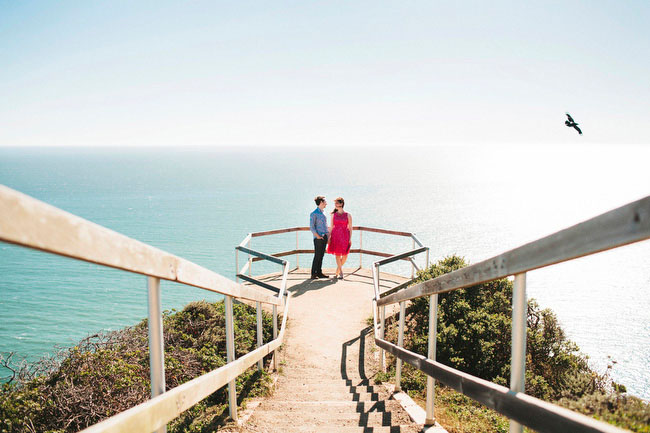 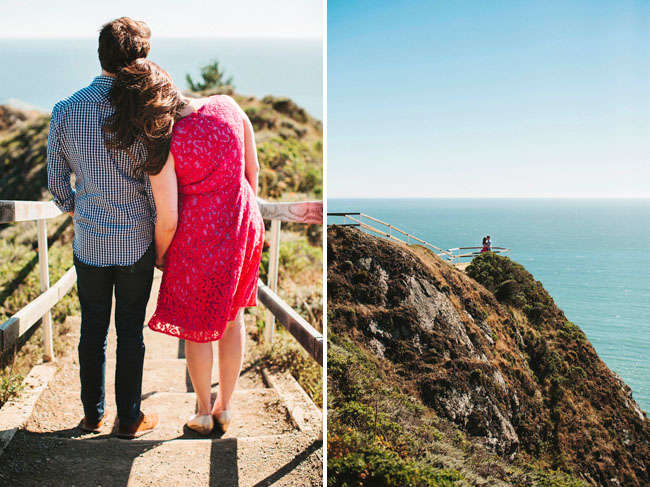 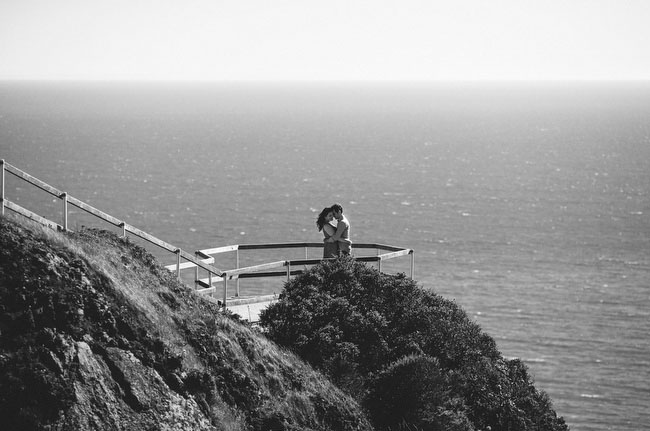 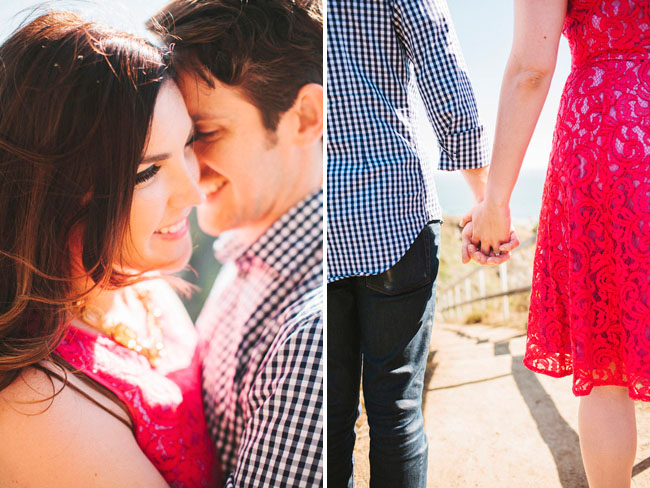 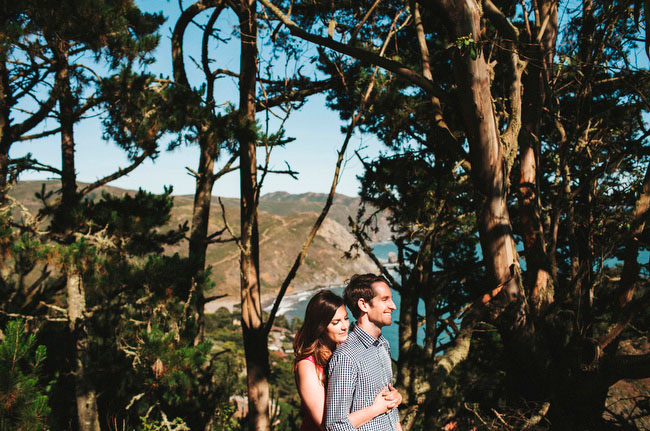 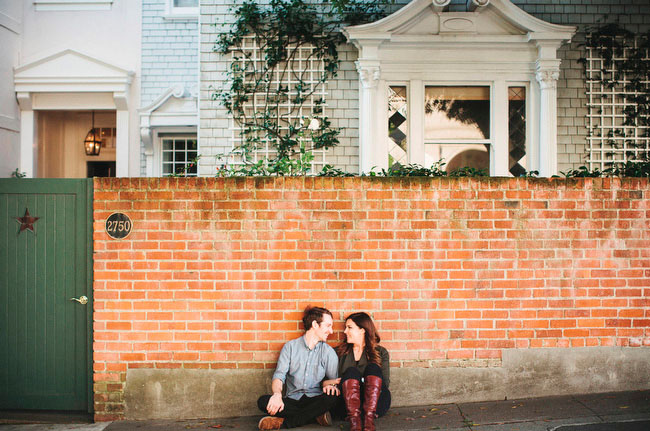 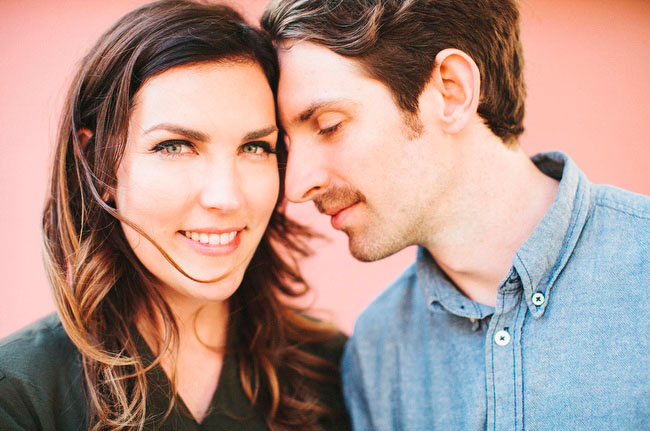 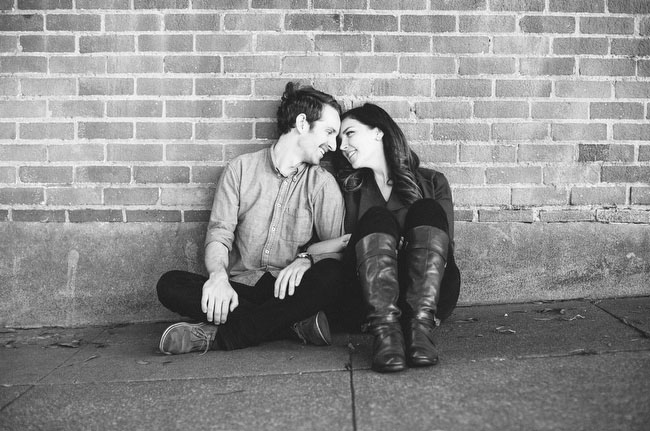 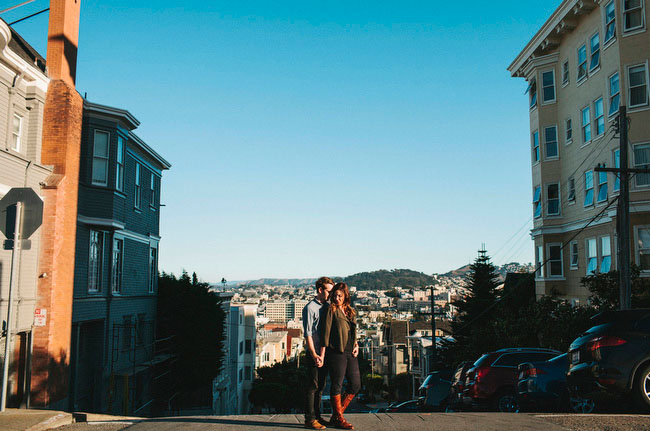 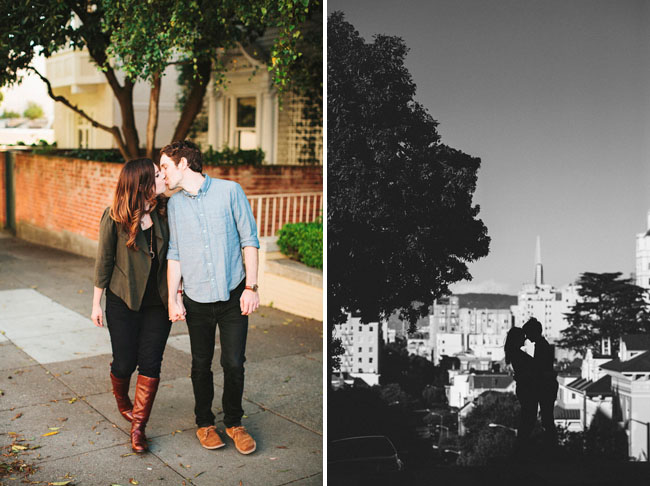 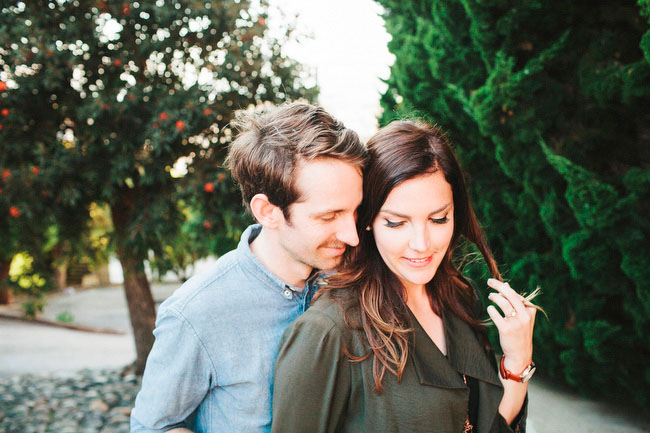 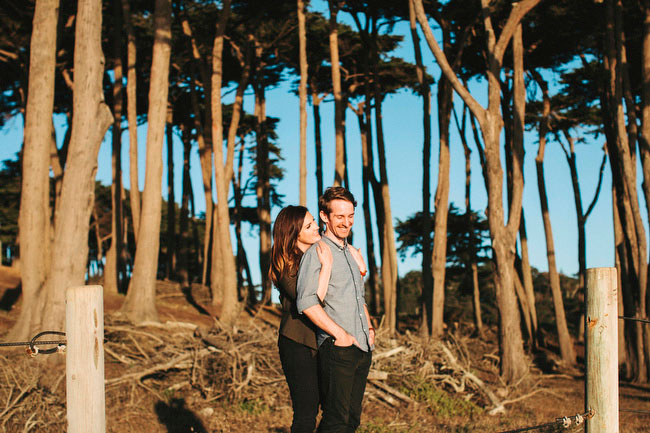 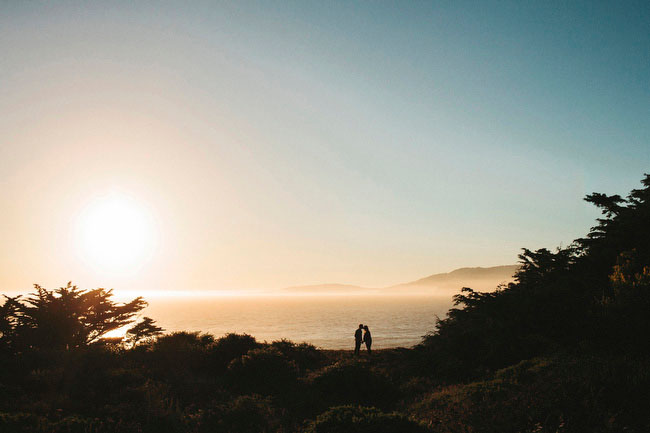 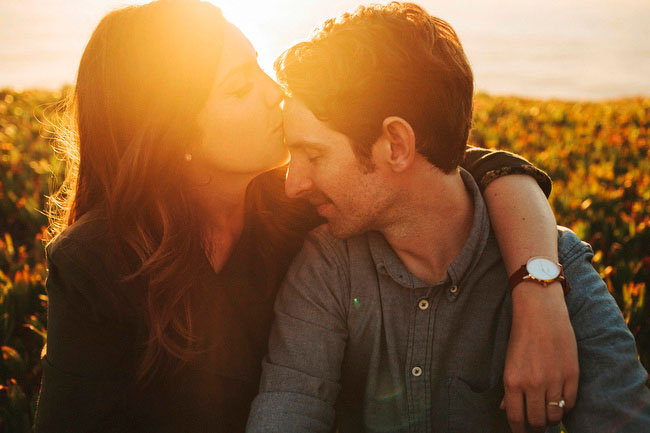 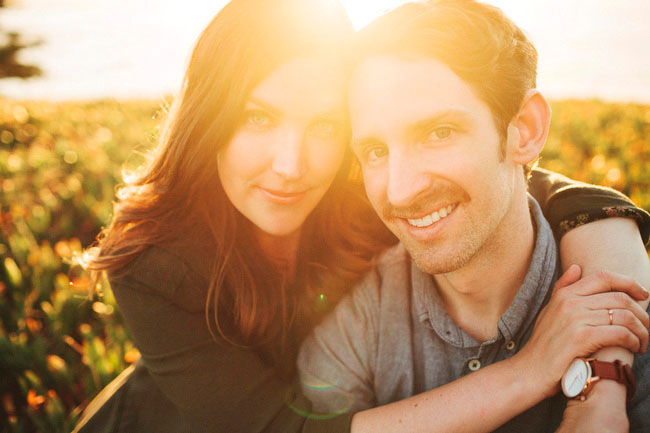 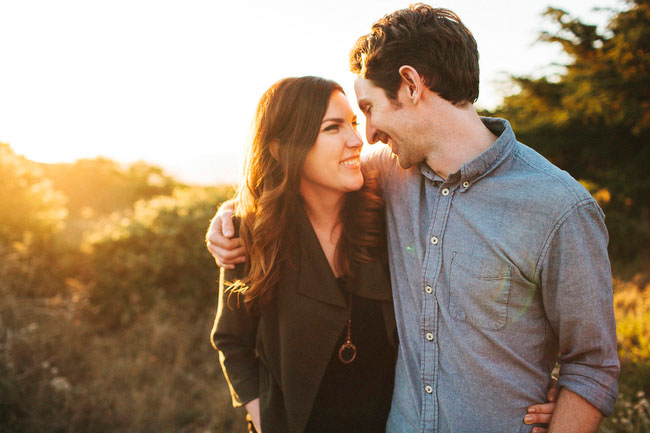 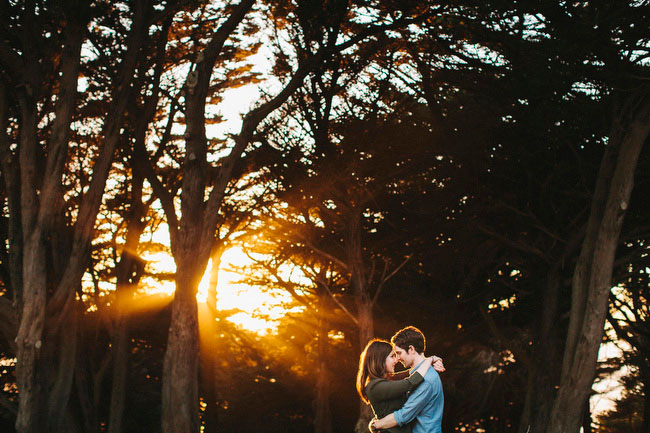 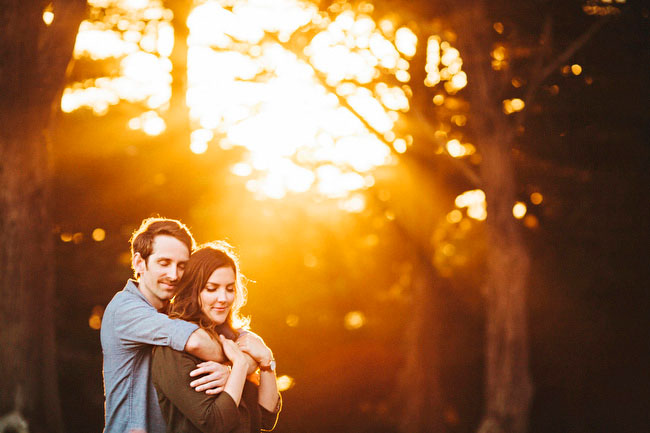 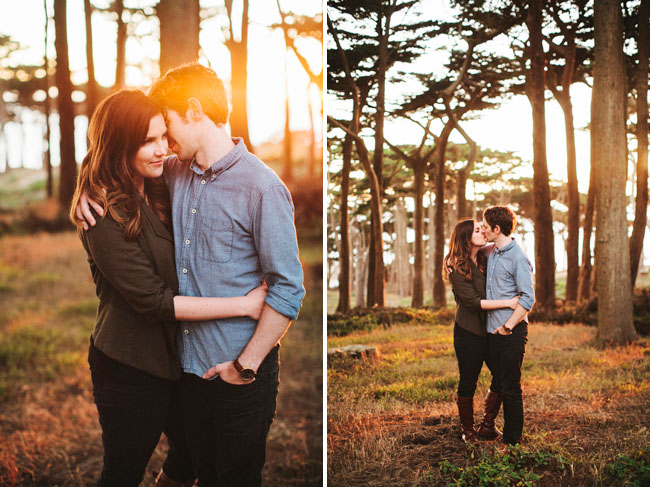 And here’s their sweet proposal story:

Jackie + David went to college together and hung out in similar circles for many years. It wasn’t until they both graduated and started their first real jobs that they found themselves with free time on their hands and began talking on G-chat for hours on end! Jackie was super surprised to learn that a guy she once wrote off as shy was instead thoughtful + hilarious. The two began to plan small coffee and lunch dates and soon David realized he + Jackie were meant to be and he wanted to spend his life with her! In hopes of genuinely surprising Jackie with a proposal, David planned a ‘faux weekend getaway’. After stopping for breakfast at their favorite local diner, they were off across the Golden Gate Bridge. David told Jackie he wanted to stop off at a view point along the way. The two of them made their way down to the very end of the viewpoint where David only got through about a quarter of the speech he had prepared, but it all ended with Jackie saying YES! They hopped back in the car + David let Jackie in on where they were really going – Tomales Bay for oysters, champagne and a romantic weekend celebrating together!

Thanks again to Josh Elliott for sharing these lovely photos with us, and big congrats to Jackie + David!