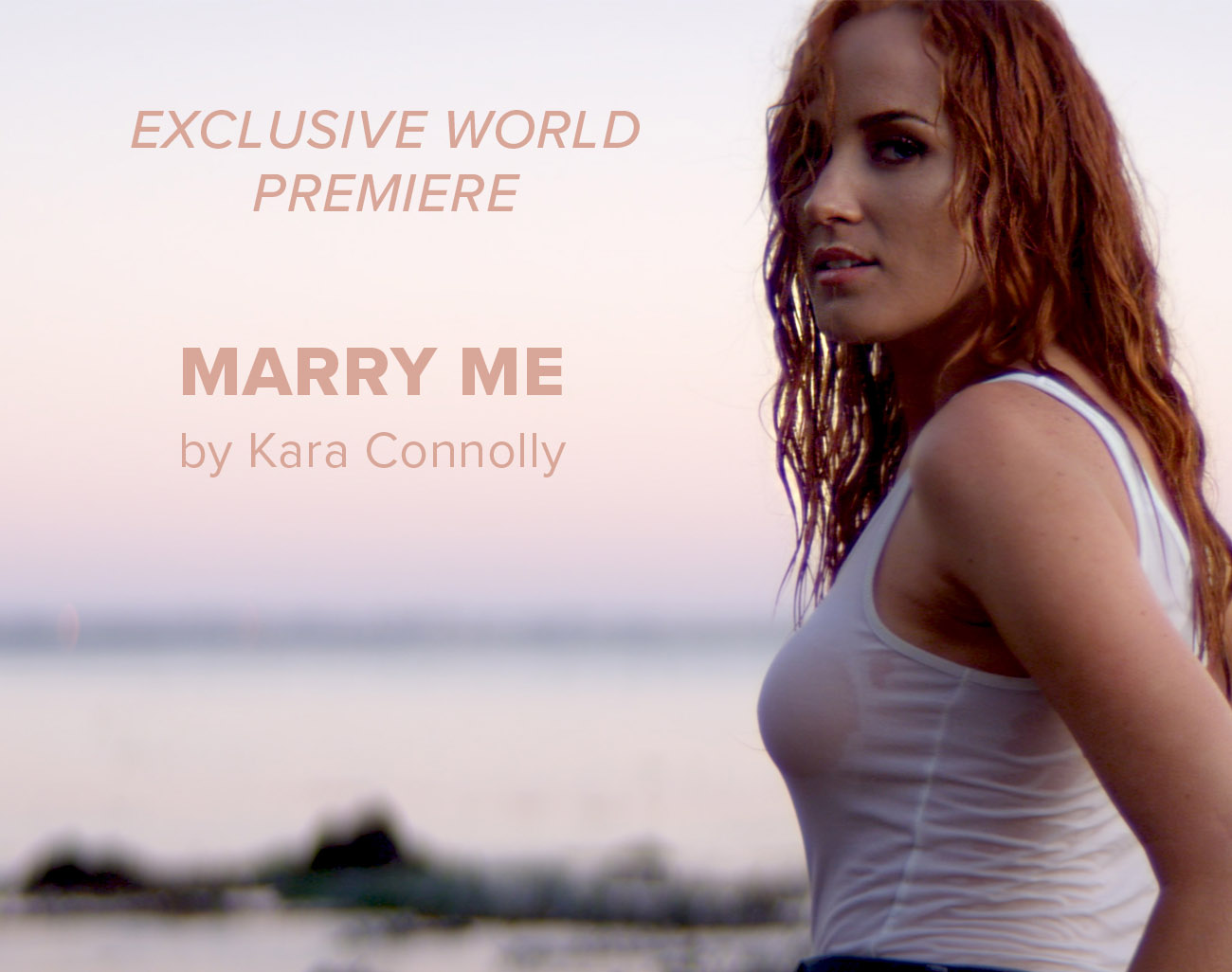 We have a super fun feature for you guys today! The last time we heard from singer-songwriter Kara Connolly, her debut album Life in Rear View had just landed on the first-round ballot at the Grammys, was one of Music Connection Magazine’s highest reviewed, Top 25 New Music Critiques of 2019, and was nominated for two HMMAwards (including “Best Independent Music Video”). Now Kara is back with an encore — a sunny music video for her song “Marry Me,” a fan favorite.

“This video goes out to my kind and loyal Karakeets who have been so supportive of this entire album. I wanted to make something special just for them,” she exclaims. Connolly conceptualized, art designed, and directed the visually stunning and heartfelt video, which features her singing on a sunlit beach and shares footage from her cousin’s wedding. In fact, it’s a family affair, as Kara initially wrote the song for another cousin’s wedding.

“They got married in my parent’s backyard in San Diego; hence the lyric, ‘You’ve got the car, I’ve got the keys, My aunt’s got a house down by the sea’ — the aunt in question is my mom. The message of this song is one of spontaneity, savoring the moment and celebrating the love between the two most important people in a union — each other.”

For Kara, quarantine has only solidified her view that nothing is more important than spending time with and celebrating the ones we love the most. “As I see more and more people getting married virtually and finding unique ways to express their commitment, even if it means postponing, I’ve been very inspired to see that love always finds a way.”

We are super excited to be sharing the exclusive first look at her sunny, inspiring music video for Marry Me! This is just the perfect song (and video!) we need for these current times…