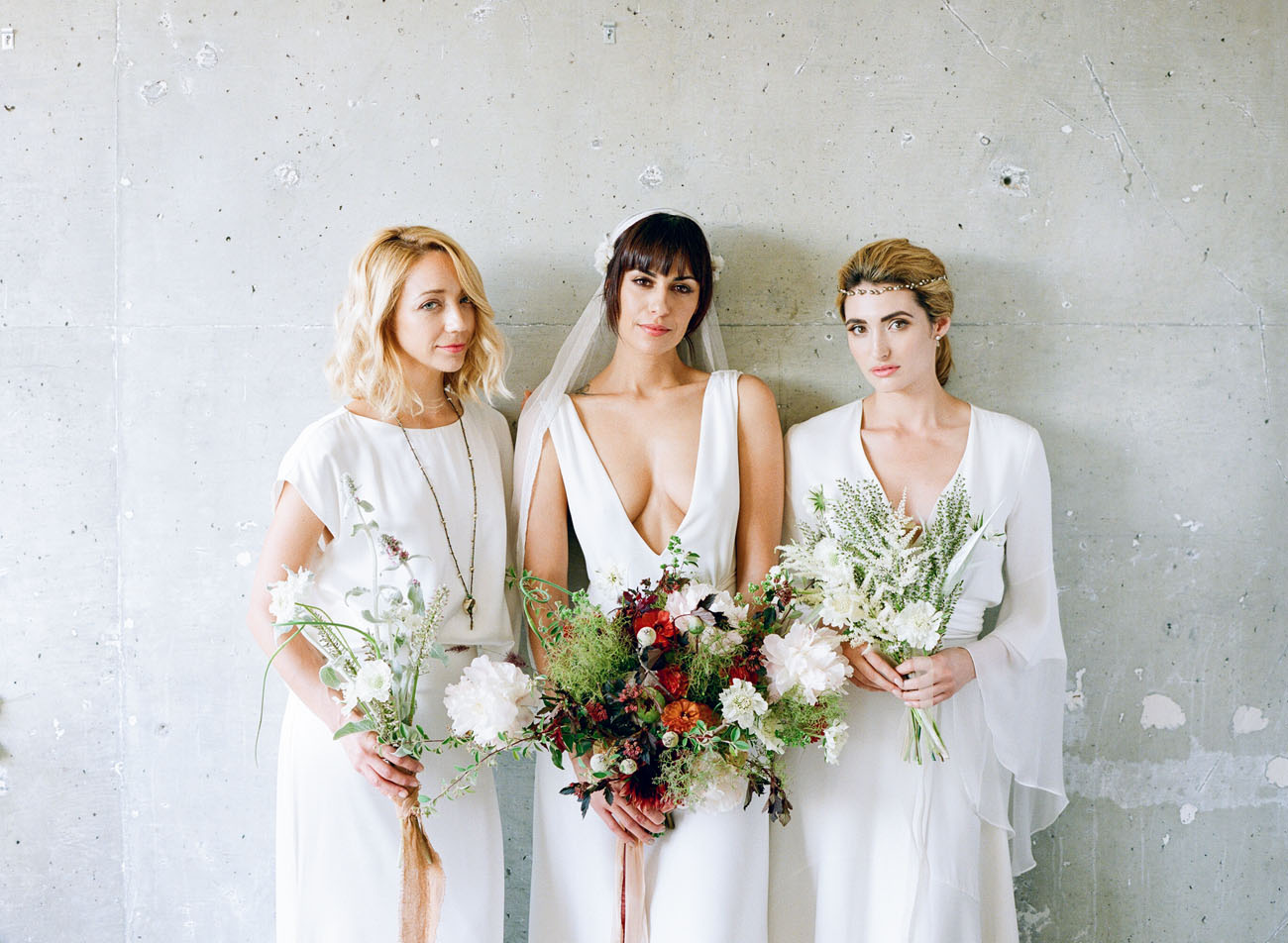 Have you ever heard of the ancient art of ikebana? Chances are you probably have, just maybe not under that name. Otherwise known as the Japanese art of floral arrangements, the tradition dates back to the 6th century and began to flourish under the influence of Buddhist monks + tea masters. By the 15th century, it came to be known as an art form – independent of religious teachings – and ikebana began to be practiced by many people in Japanese society. With a focus on minimalism, uniting nature and humanity, and an emphasis on other areas of the plants – namely stems and leaves, ikebana creates structured artwork out of flowers. Pretty neat, right?

Inspired by this emphasis on form and balance, while simultaneously letting the flowers ‘be’, a team formed to create a styled shoot based around Japanese floral arrangements! Felisa from Of the Flowers created stunning arrangements, while Orla from Soltice Bride brought in organic textures to create a simple, yet edgy and moody ikebana-inspired bridal editorial. The photographer, Jen, from Birds of a Feather shares We combined the clean lines and draped Japanese kimonos on some of the Solstice Bride dresses. Felisa created gorgeous textural elements with all of the flowers for a ‘tea ceremony’. Set against the minimalistic aesthetic of The Line Hotel in LA, we really wanted to capture the feeling of ‘modernism meets timeless simplicity’. We kept that theme going with the hair and makeup by Fiore Beauty. Nothing too heavy, allowing the natural beauty of the models to shine through.

Simple as that. Ready to see all of the pretty? 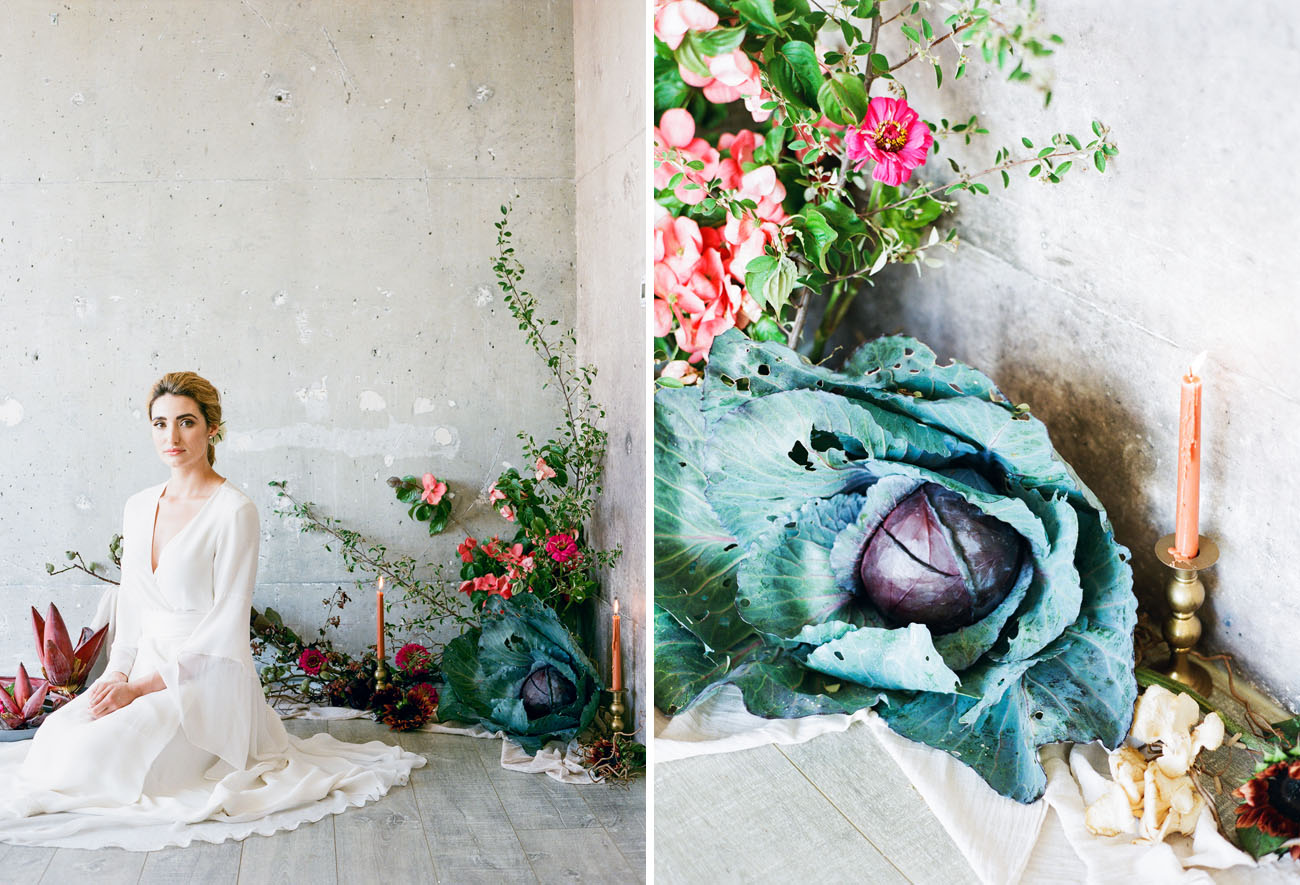 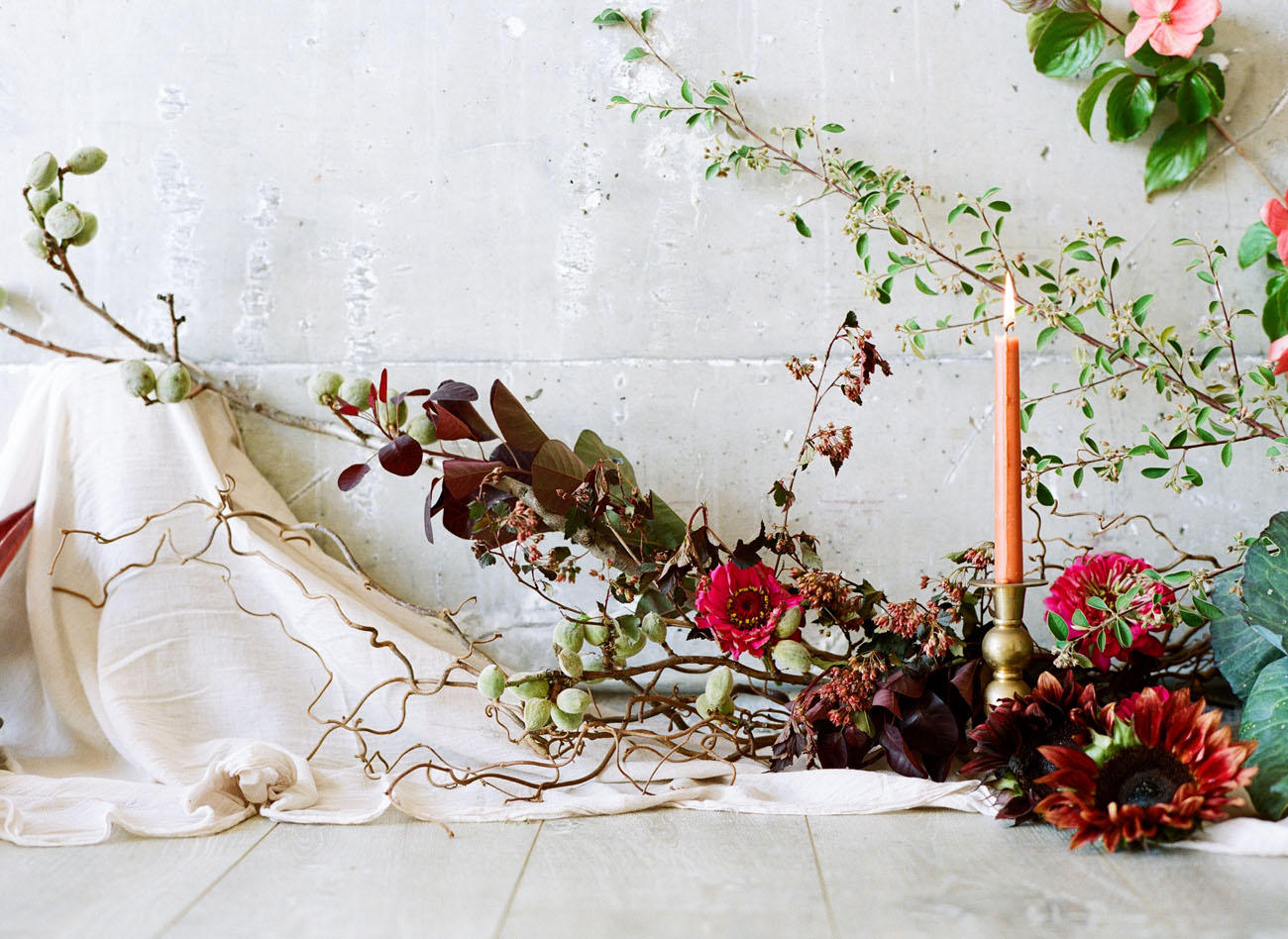 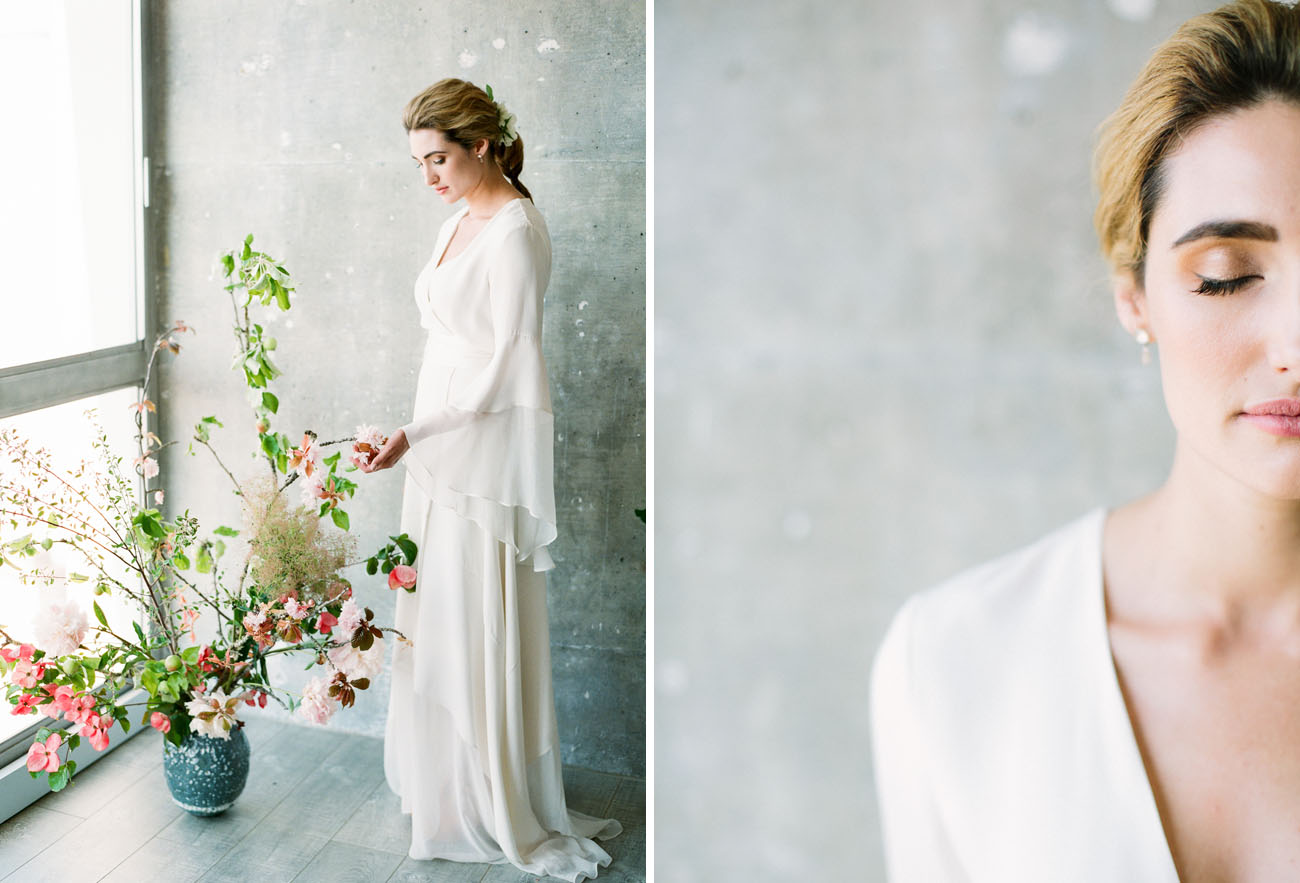 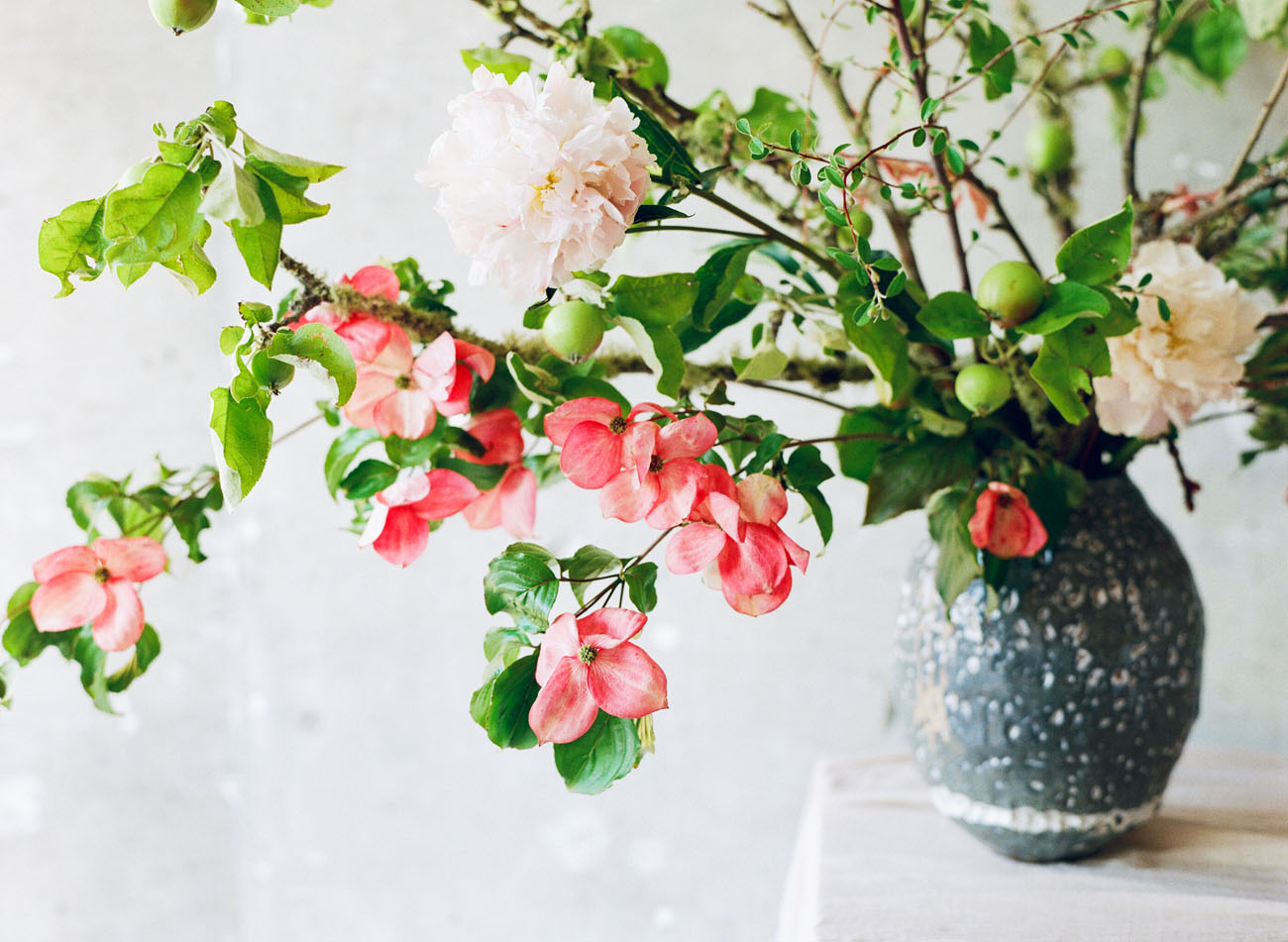 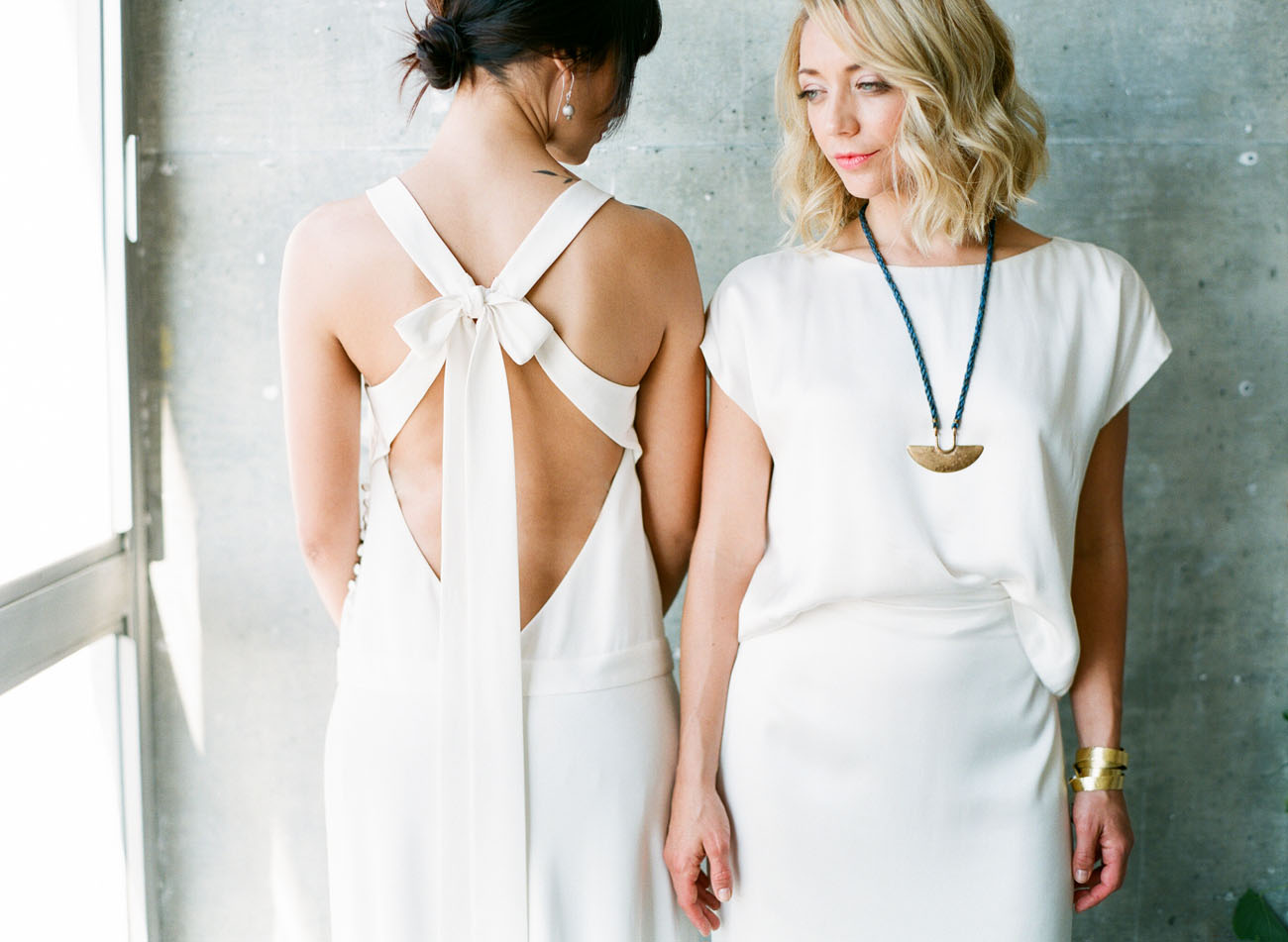 The bow on the back of that Solstice Bride dress is GORGEOUS! 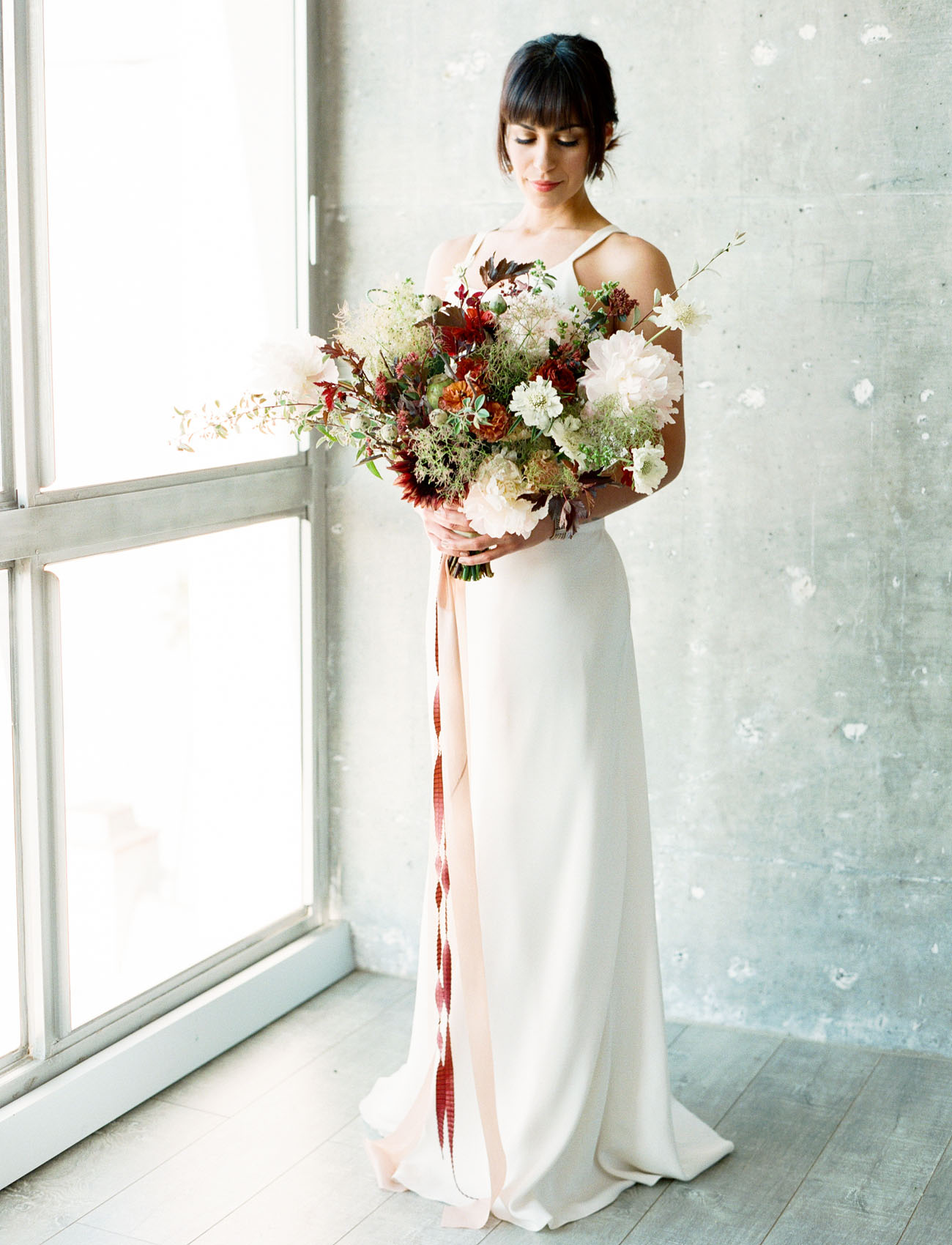 The bouquet by Of the Flowers pops so nicely against the industrial concrete walls of The Line Hotel. 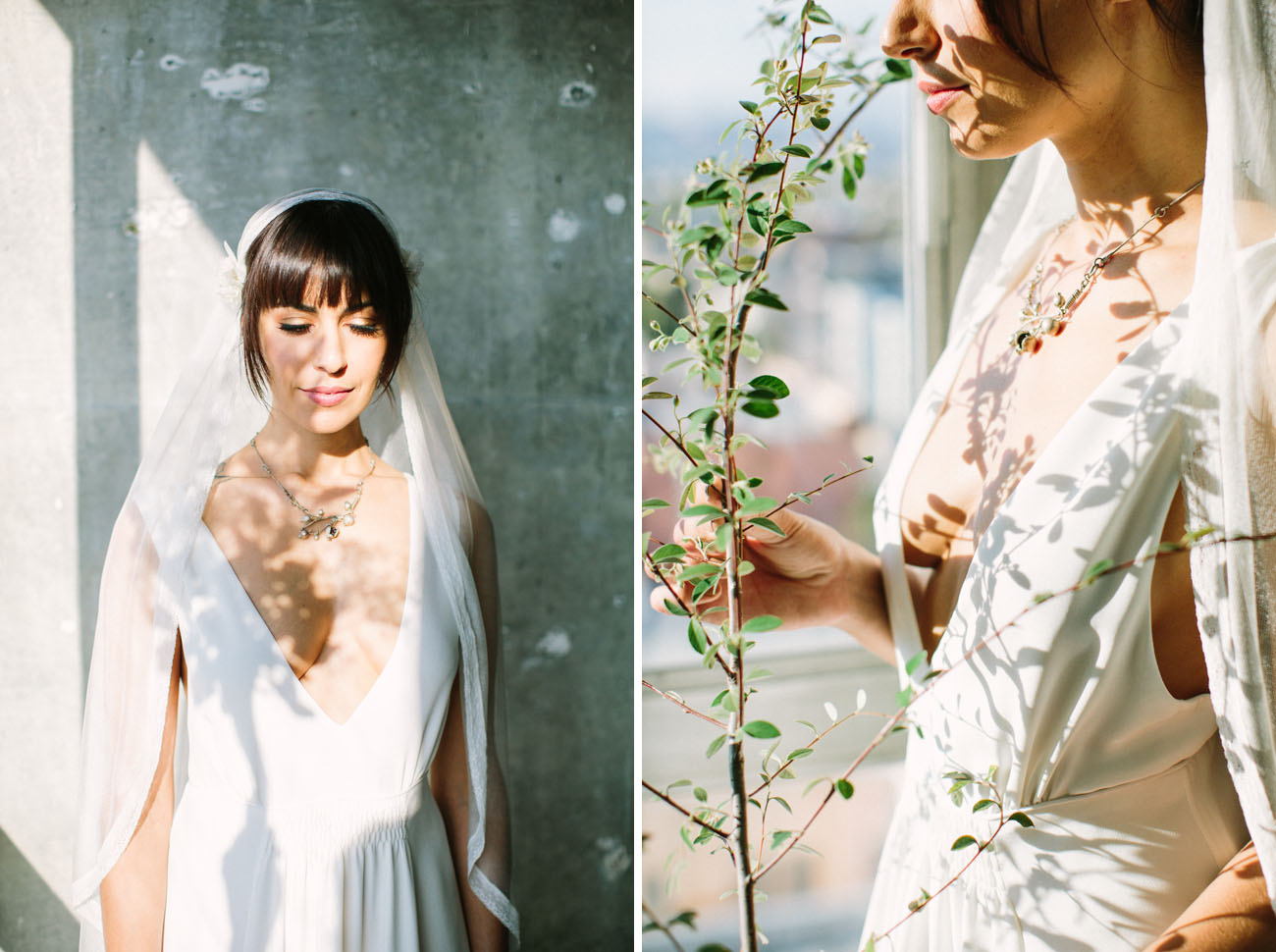 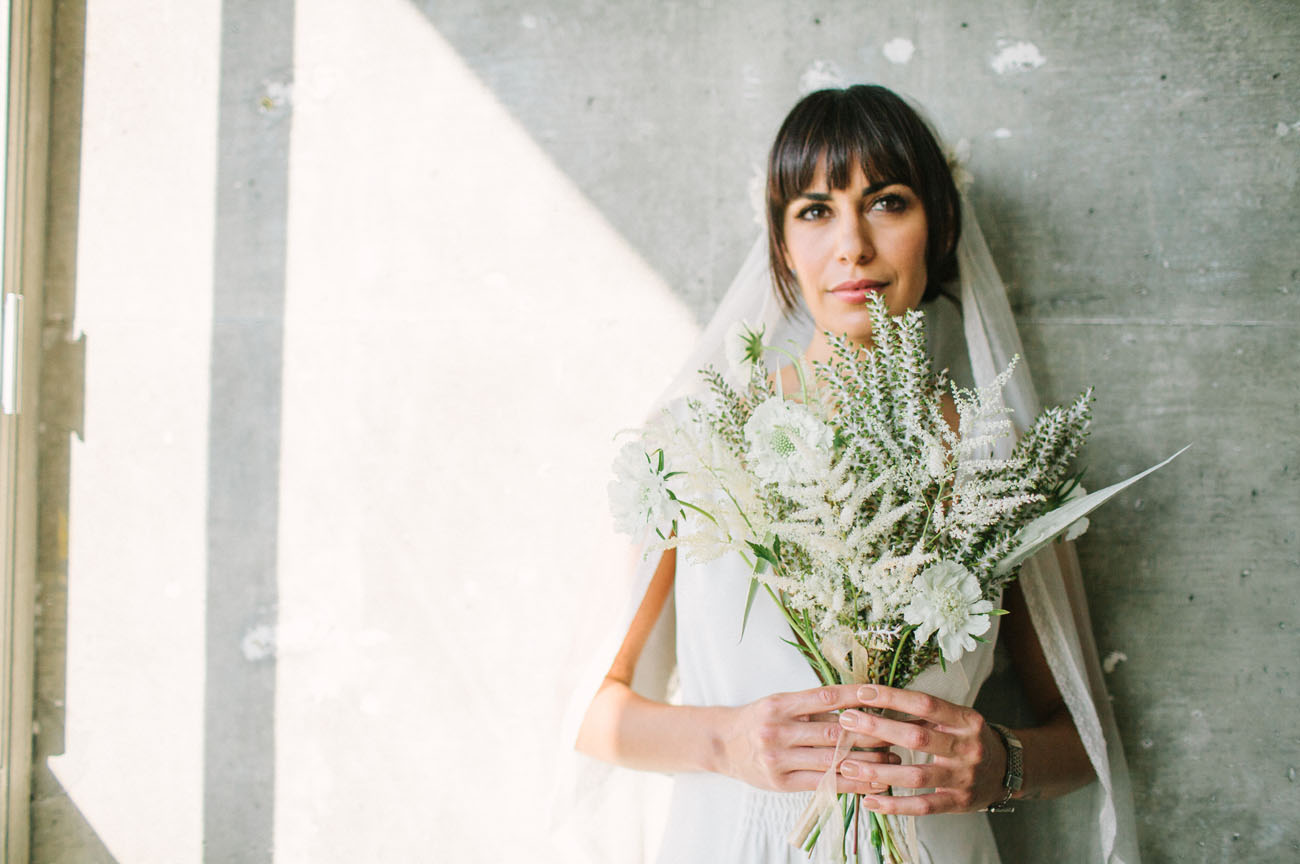 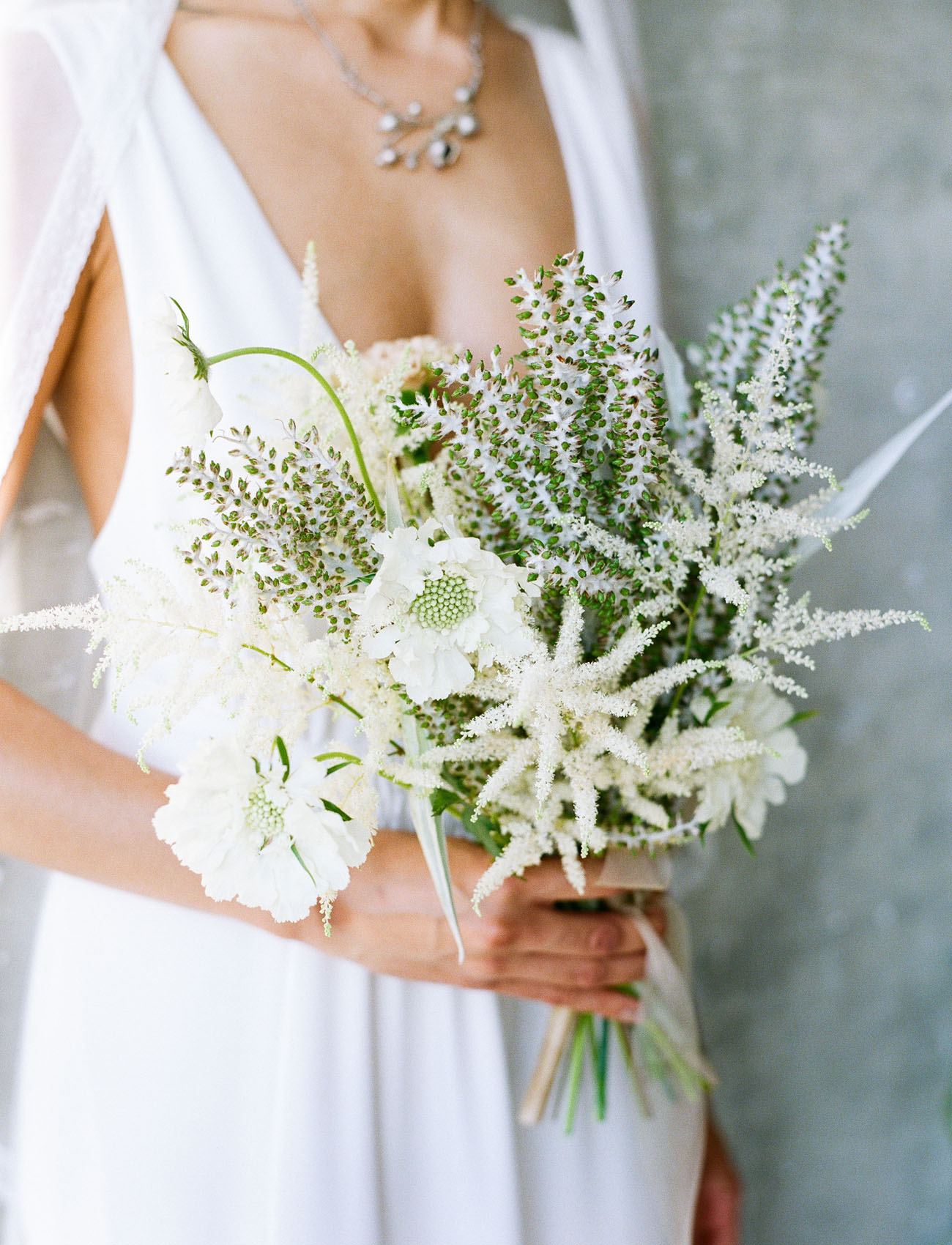 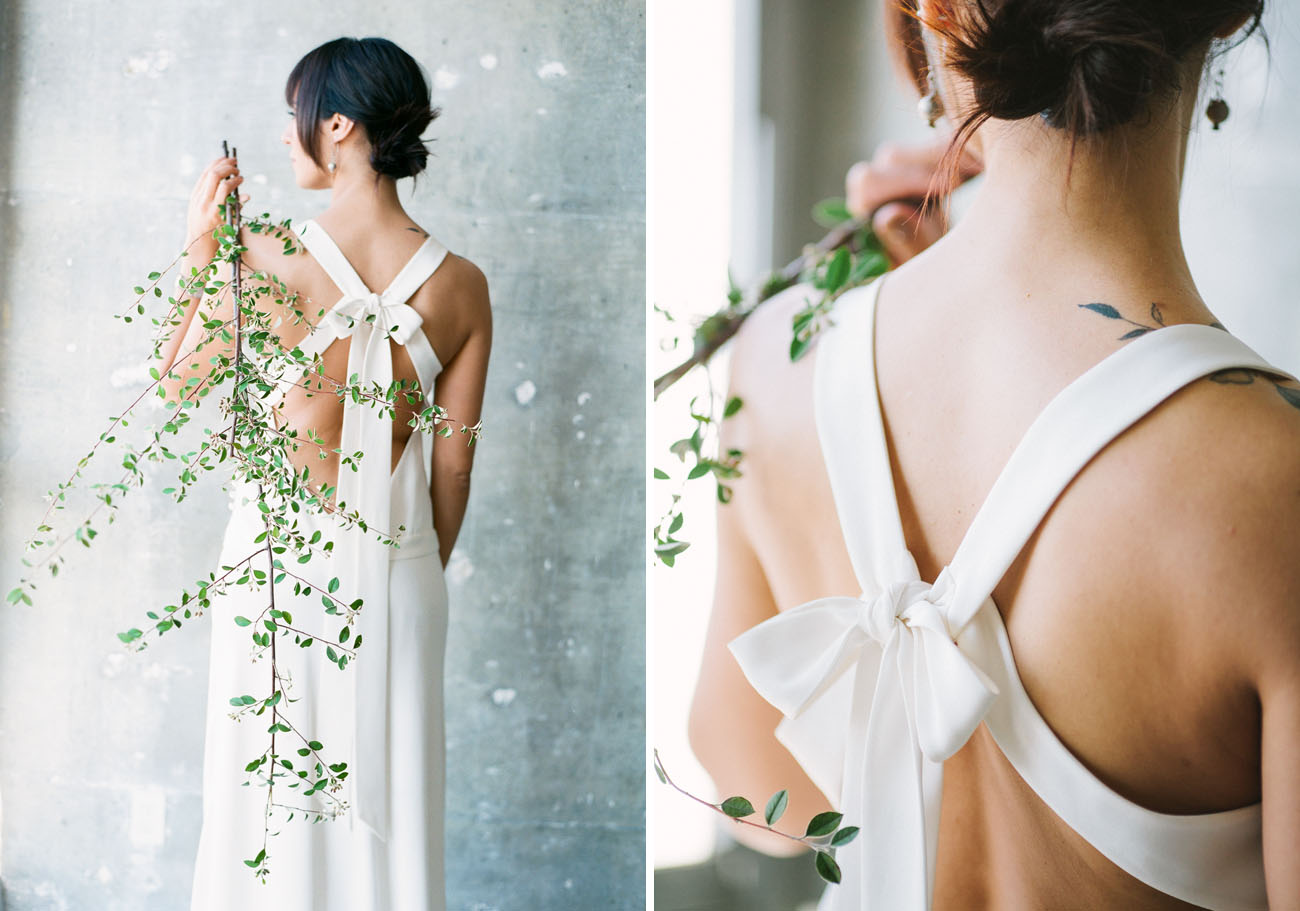 So moody + oh so pretty! 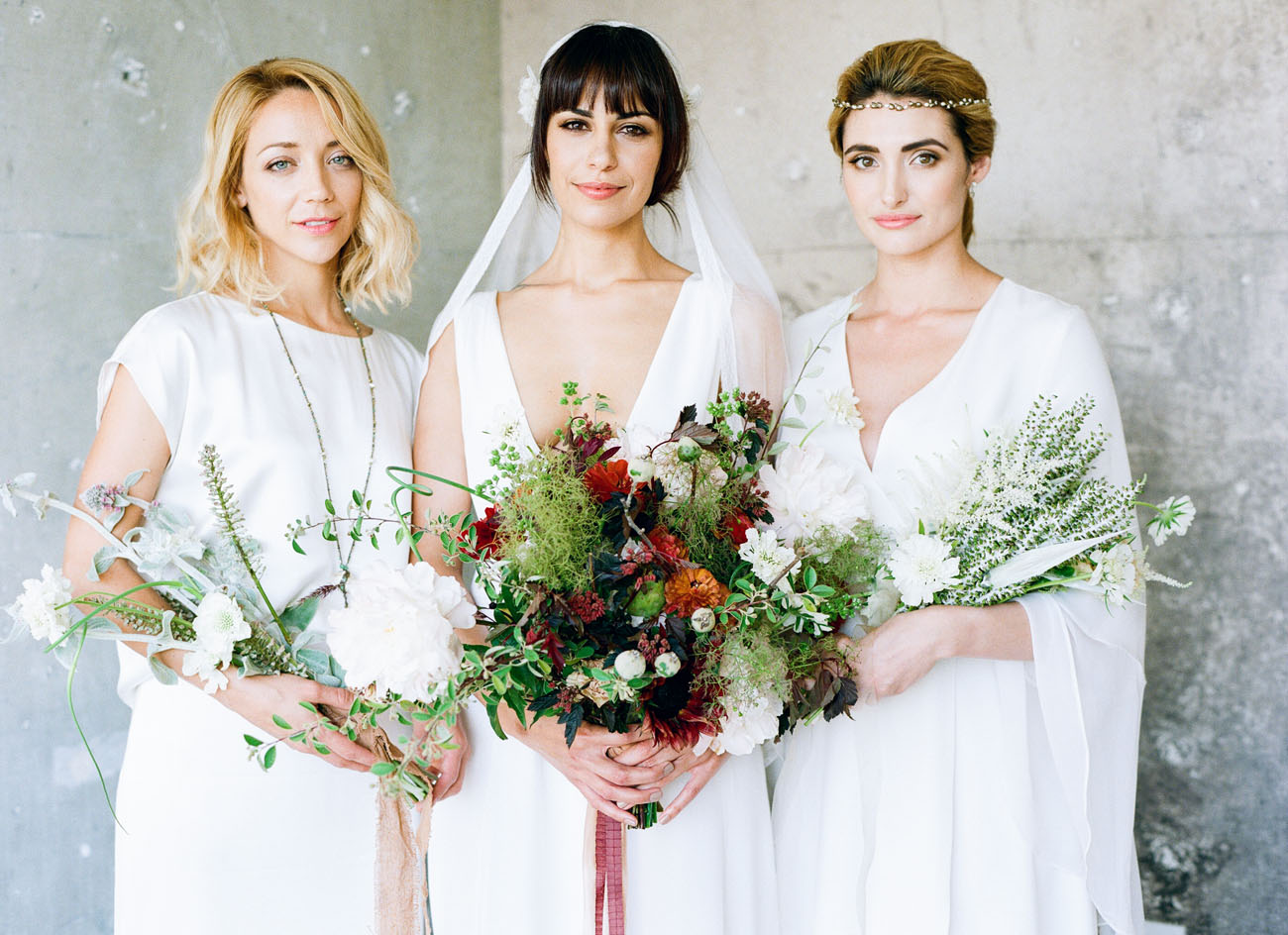 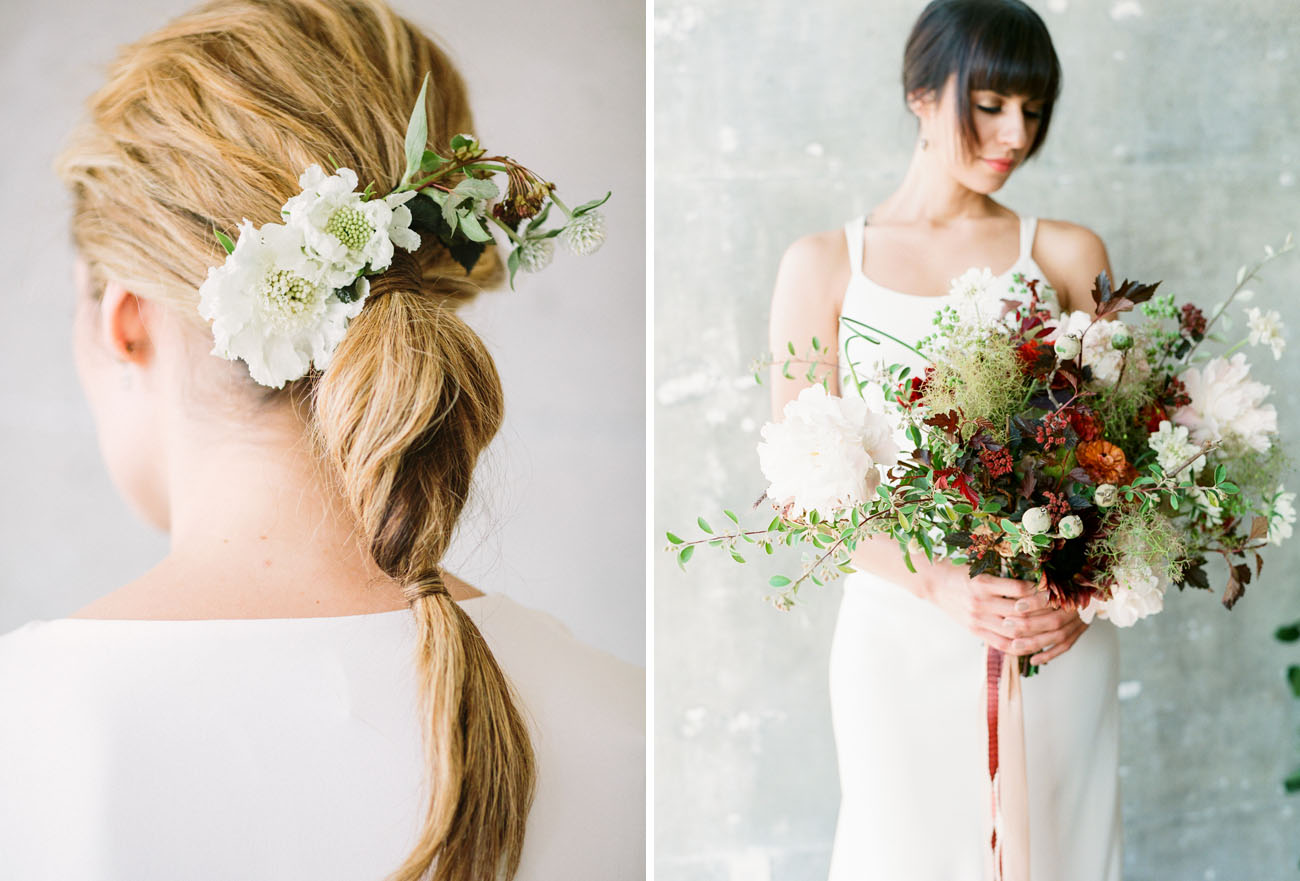 Fiore Beauty created such an elegant hairstyle, while still keeping it simple. 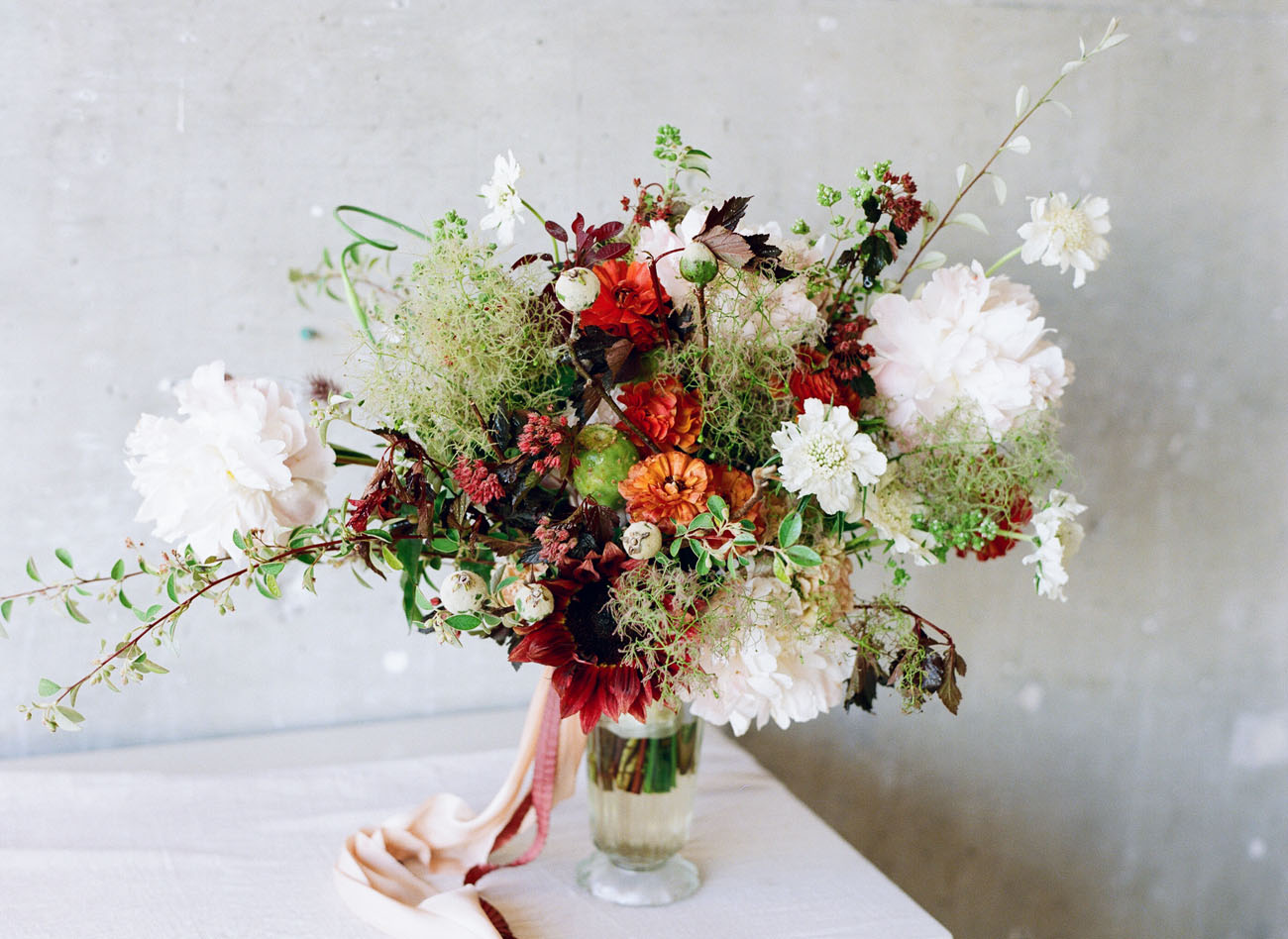 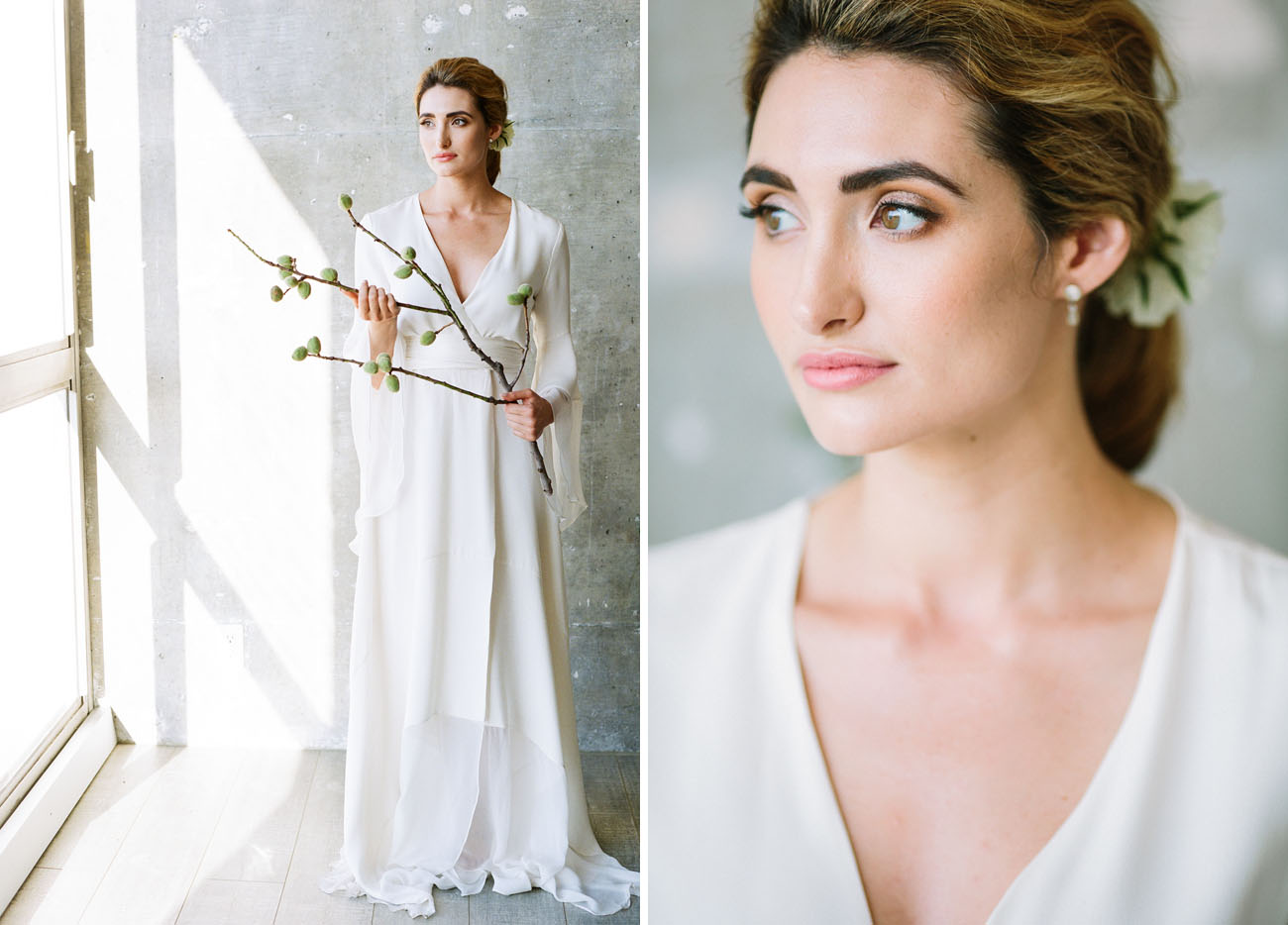 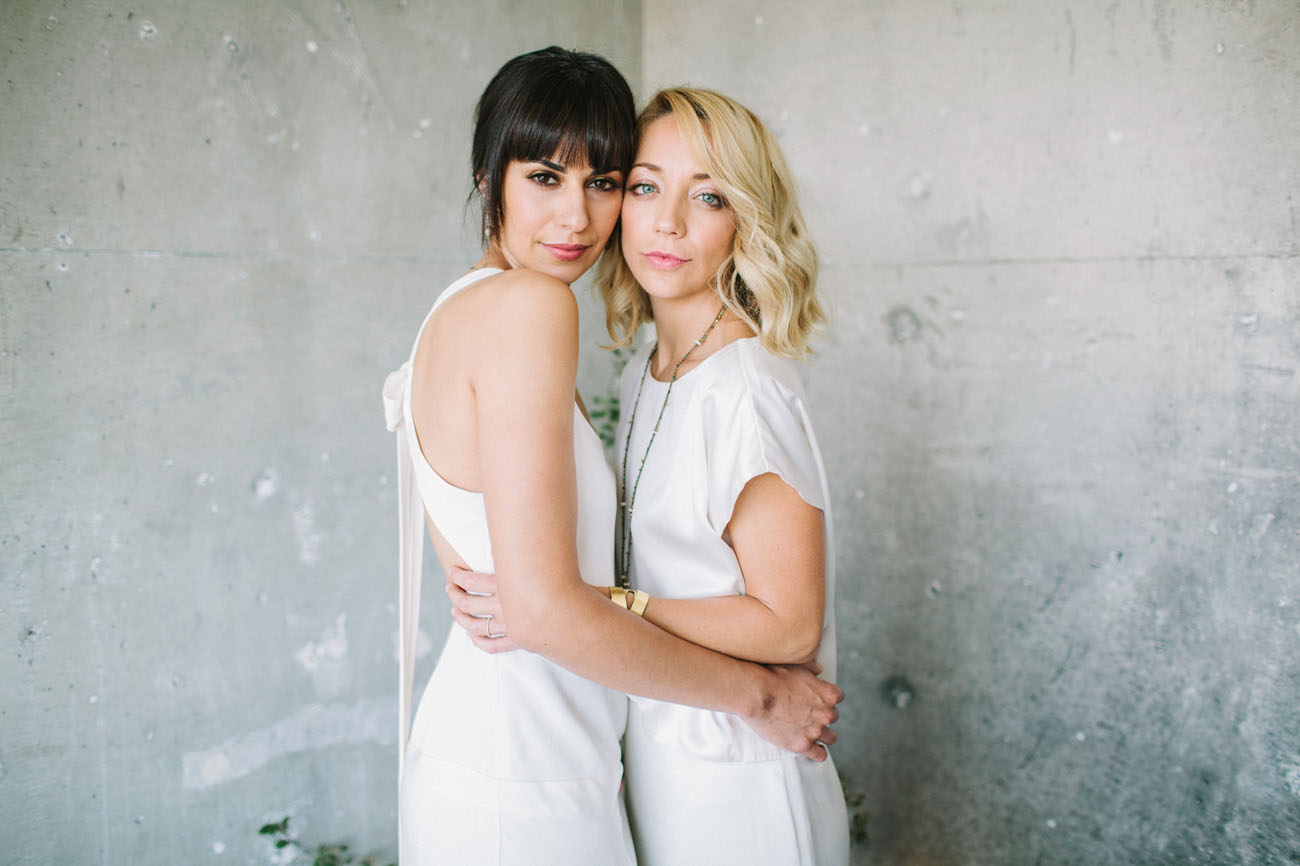 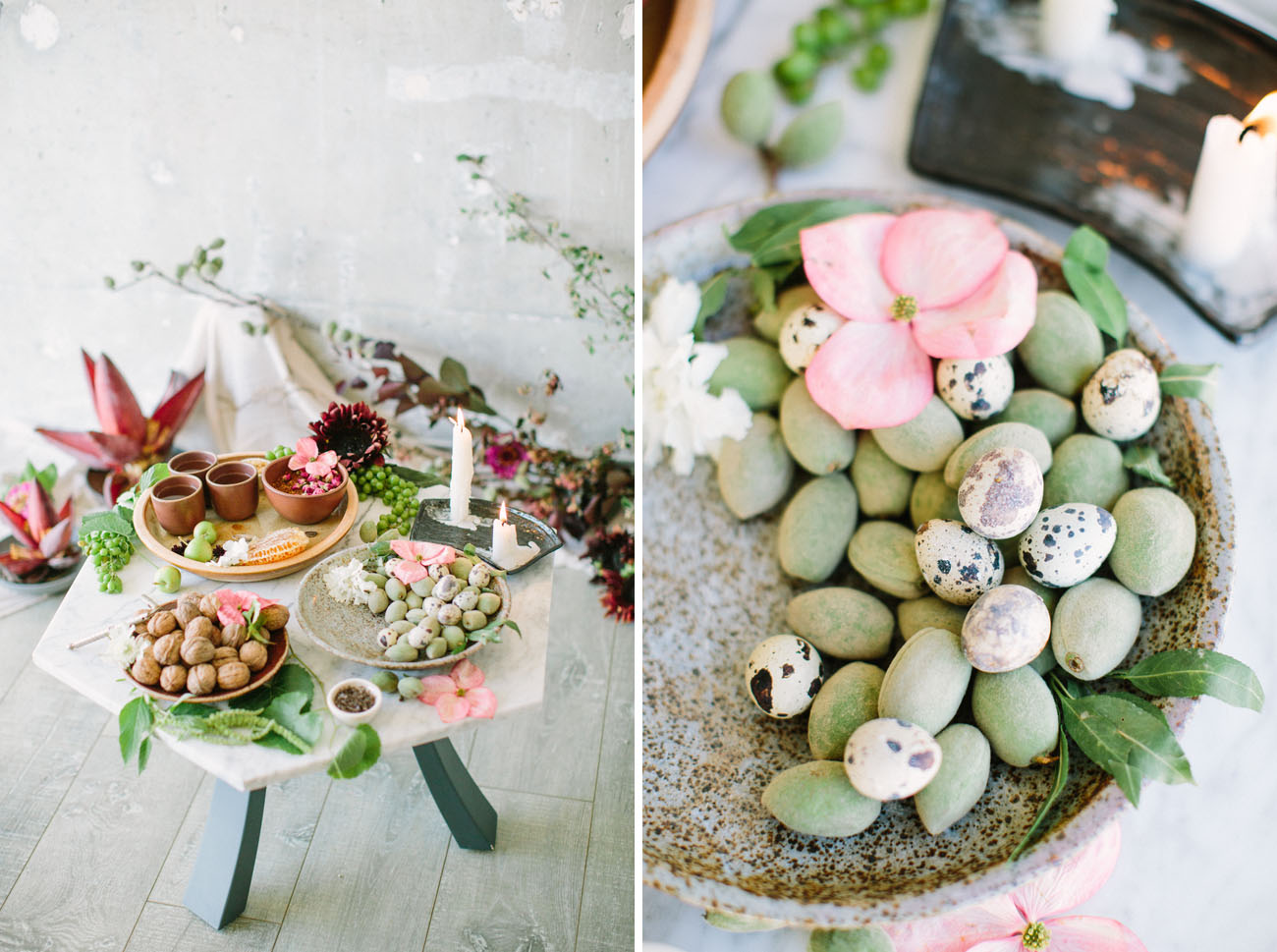 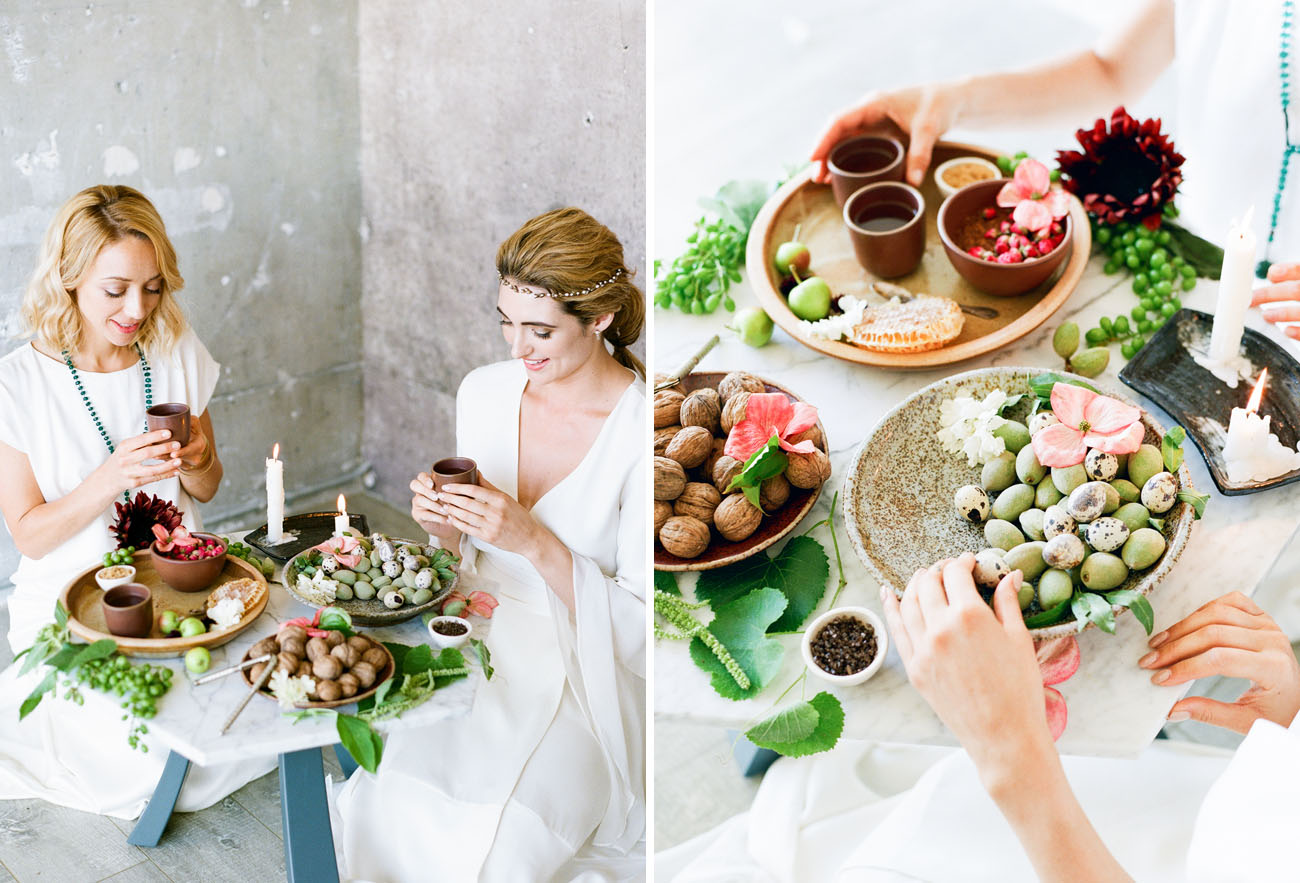 Such a sweet little tea ceremony! 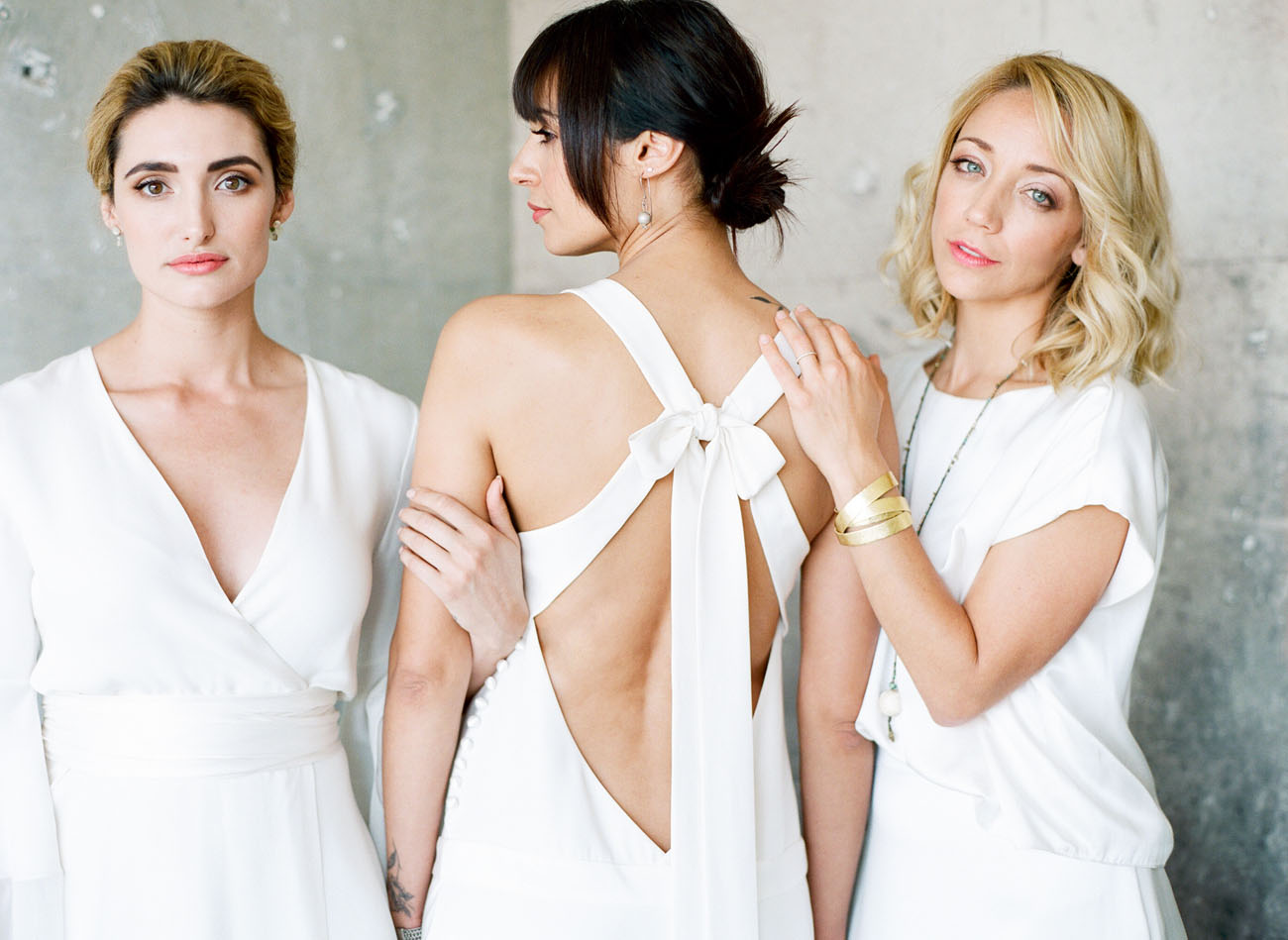 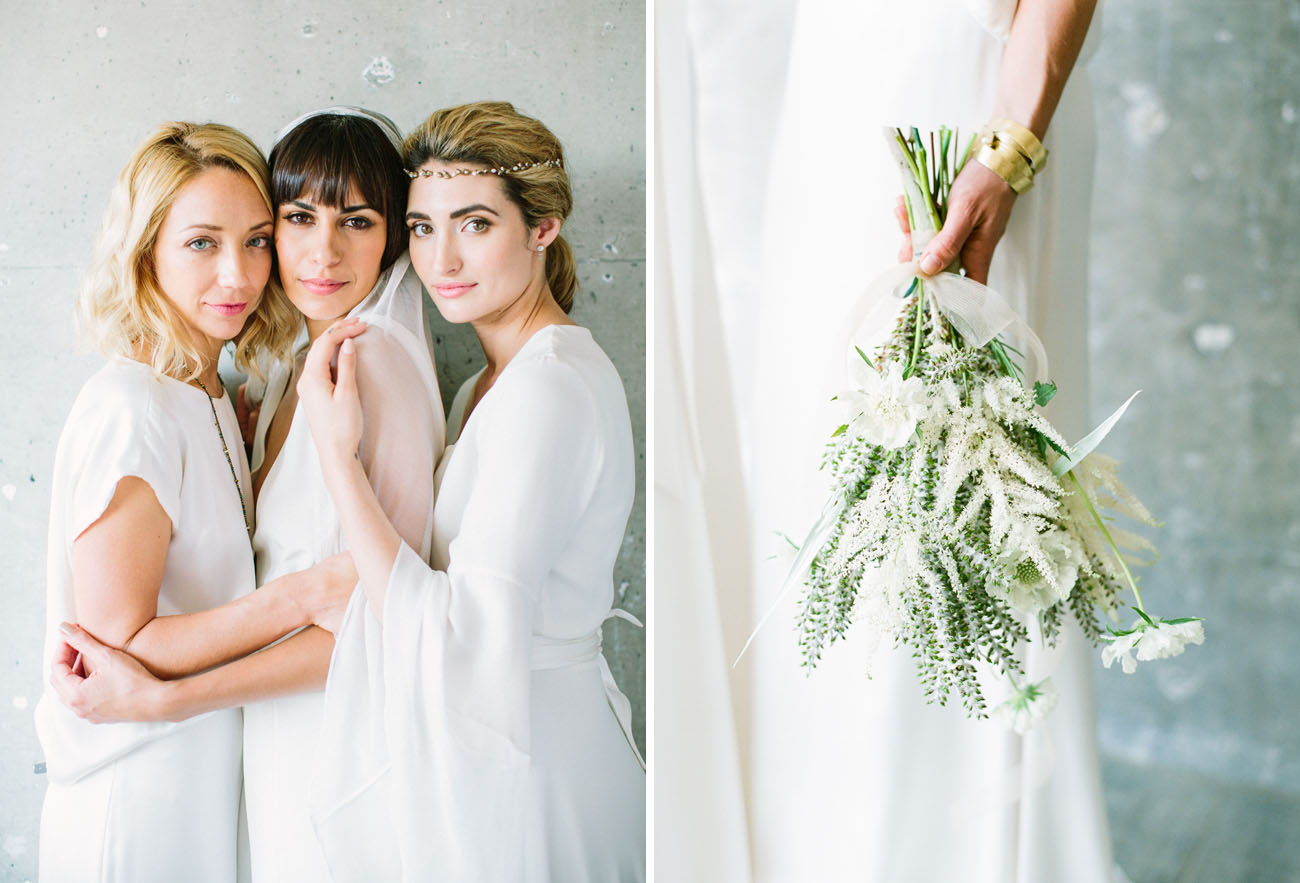 A huge thank you to the dream team behind this shoot + beautiful imagery by Birds of a Feather!!