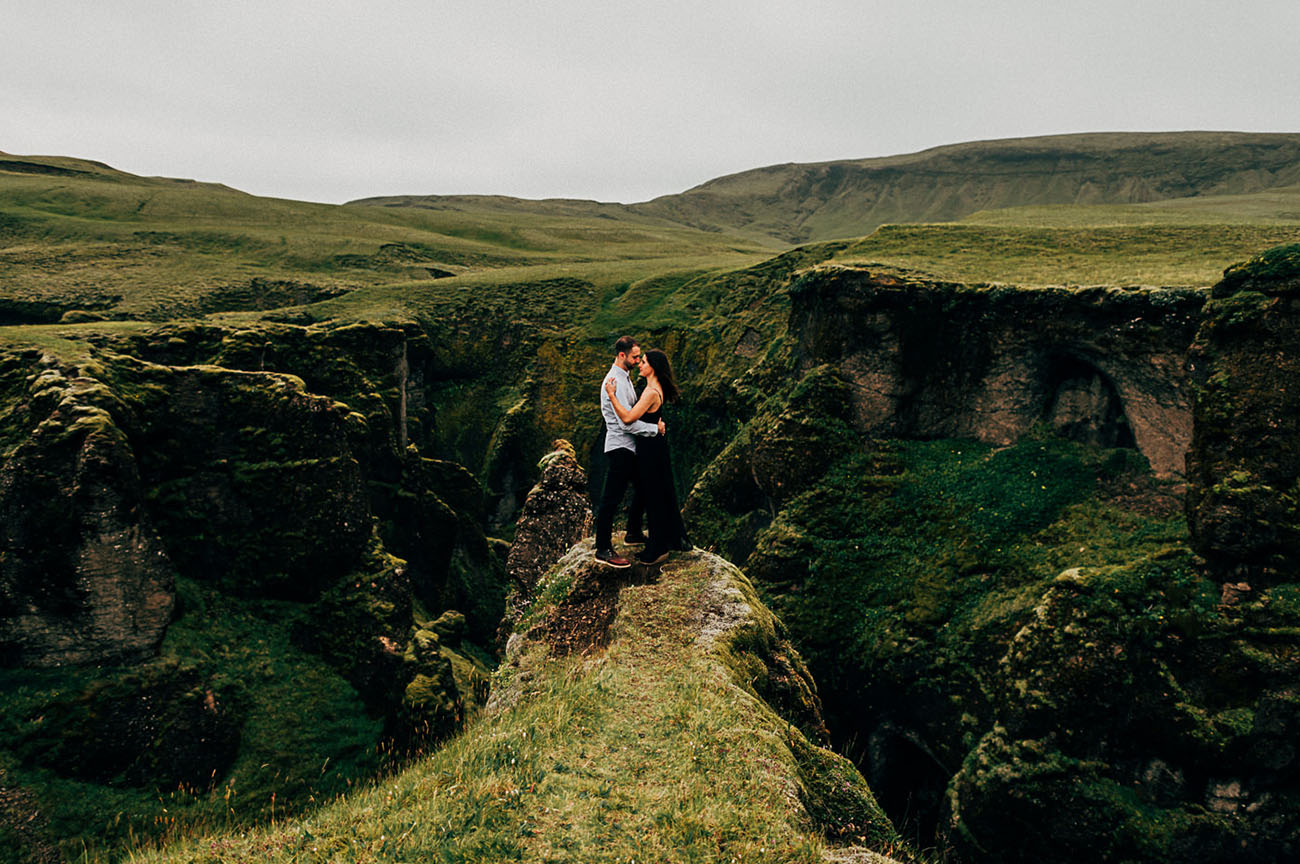 When you’re traveling through a country as picturesque as Iceland to celebrate your 5th wedding anniversary, capturing some memories on camera as they unfold is almost a must, in our opinion. You’ll never want to forget how you feel during this exciting milestone and how much fun you had together exploring new (and wildly beautiful) terrain!

We were so thrilled to see a couple who did just that, and can’t wait for you to scroll through these stunning anniversary photos, self-shot by photographer, Jesse, of Golden Hour Studios. Jesse’s captures from his anniversary adventure are at once endearing and artful, and even though Jesse has a leg up in taking a really great photo, we’re really excited because he’s sharing 5 tips for us photography novices throughout the post! Get ready to take some awesome images on your honeymoon, anniversary trip, or next adventure, friends! 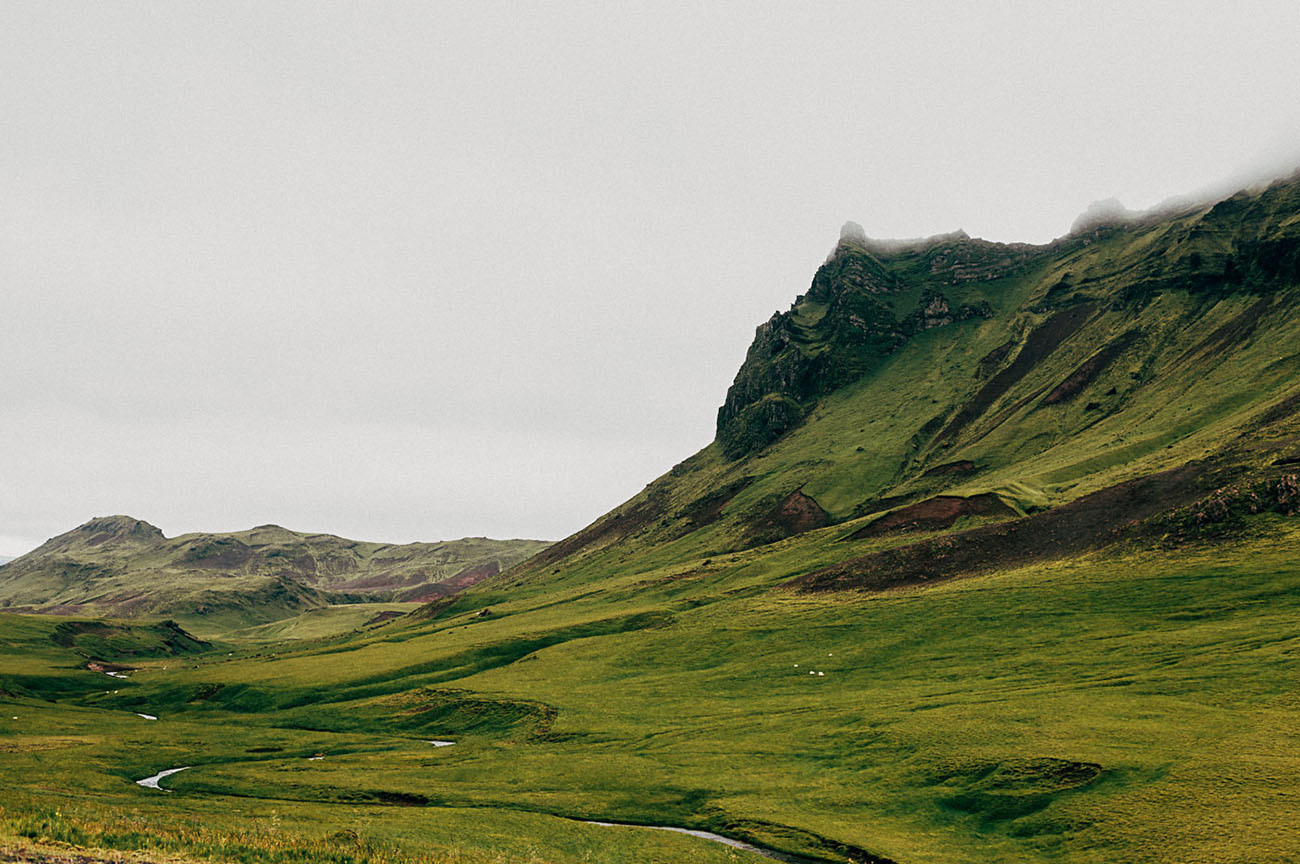 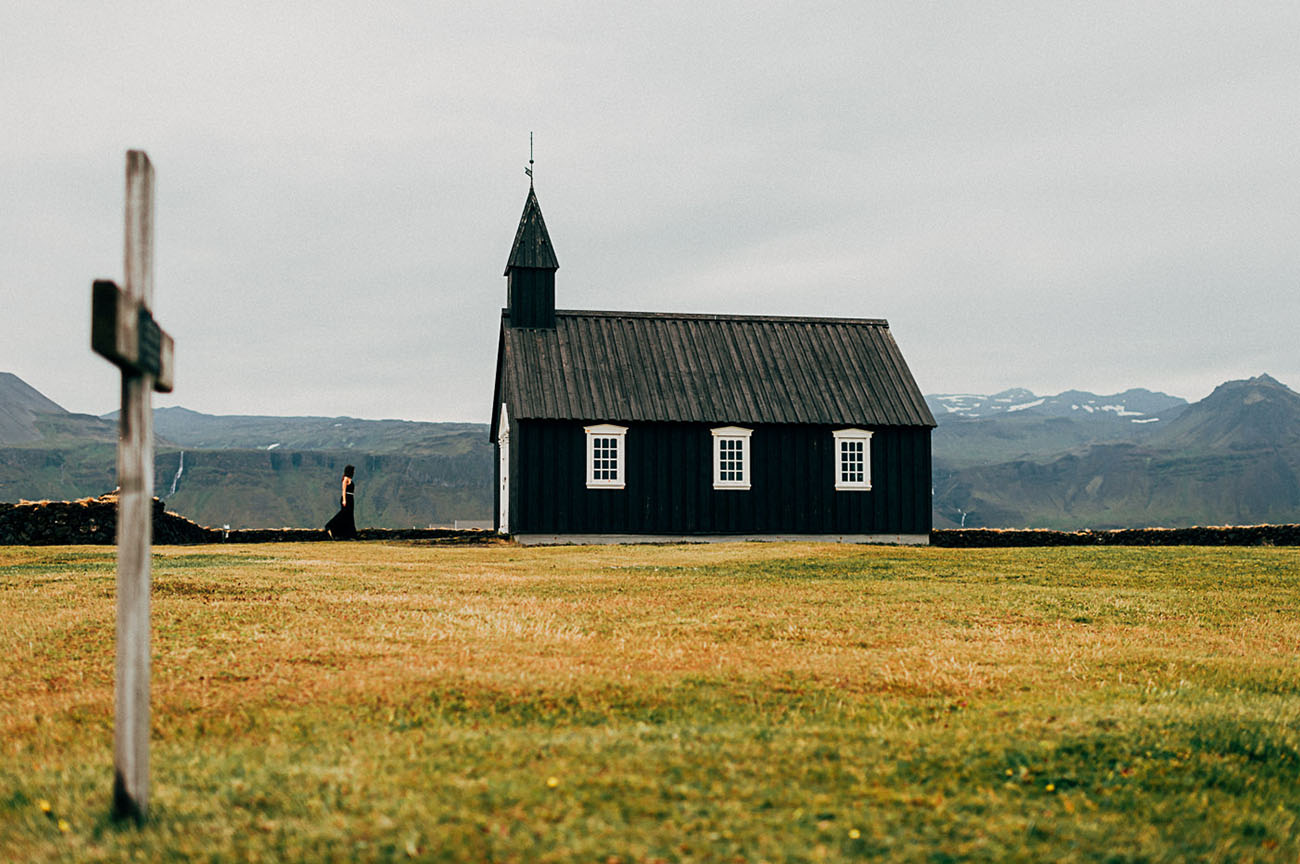 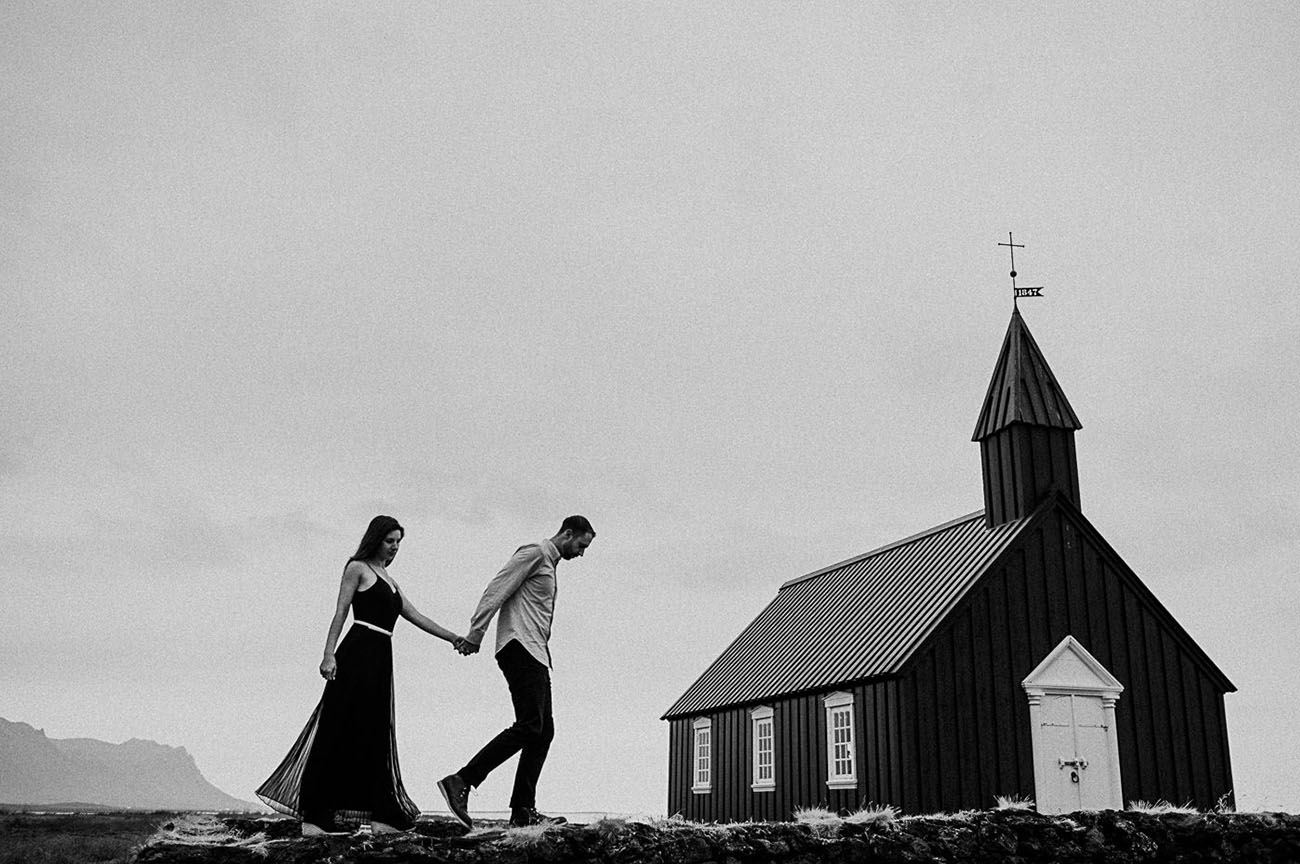 Jesse shares, I’ve been fortunate enough to photograph couples in some of the most beautiful places on Earth but the one thing missing from our own lives when we travel are images of us. Our 5th wedding anniversary seemed like the perfect time to change that and Iceland the perfect place to do it. My goal was to photograph our own love as we traveled across Iceland as if I was capturing another couple. I wanted these images to feel like I was behind the camera while simultaneously being in front of it. I wanted the story. I wanted the connection. I wanted the adventure. It was ambitious and I was really nervous I wouldn’t be able to pull it off but I honestly am so proud and happy we have these photographs to cherish forever. I’d also be lying if I didn’t say that the challenge of photographing myself as if I was photographing another person didn’t excite me. I shot 100% of these images myself from the getting ready to the in-between travel and everything you see. 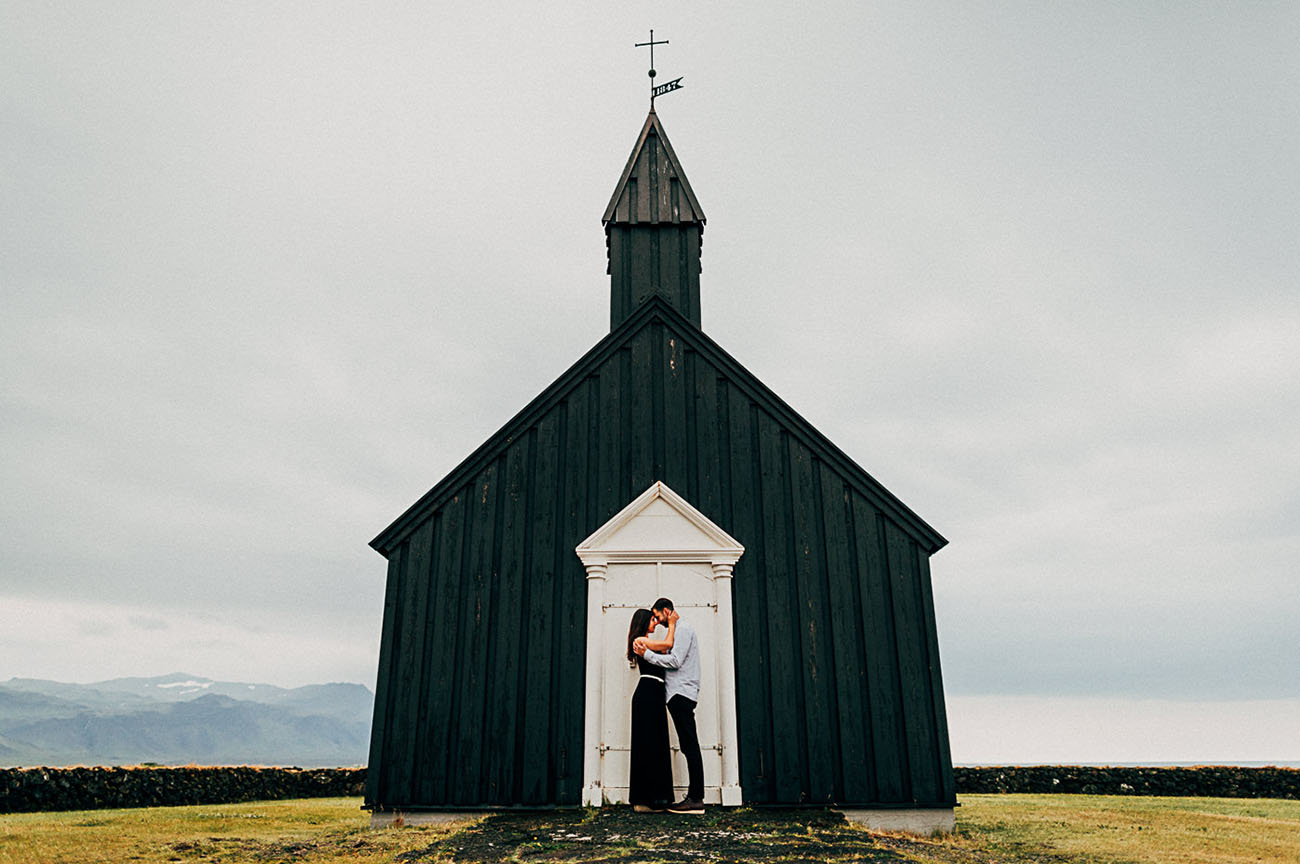 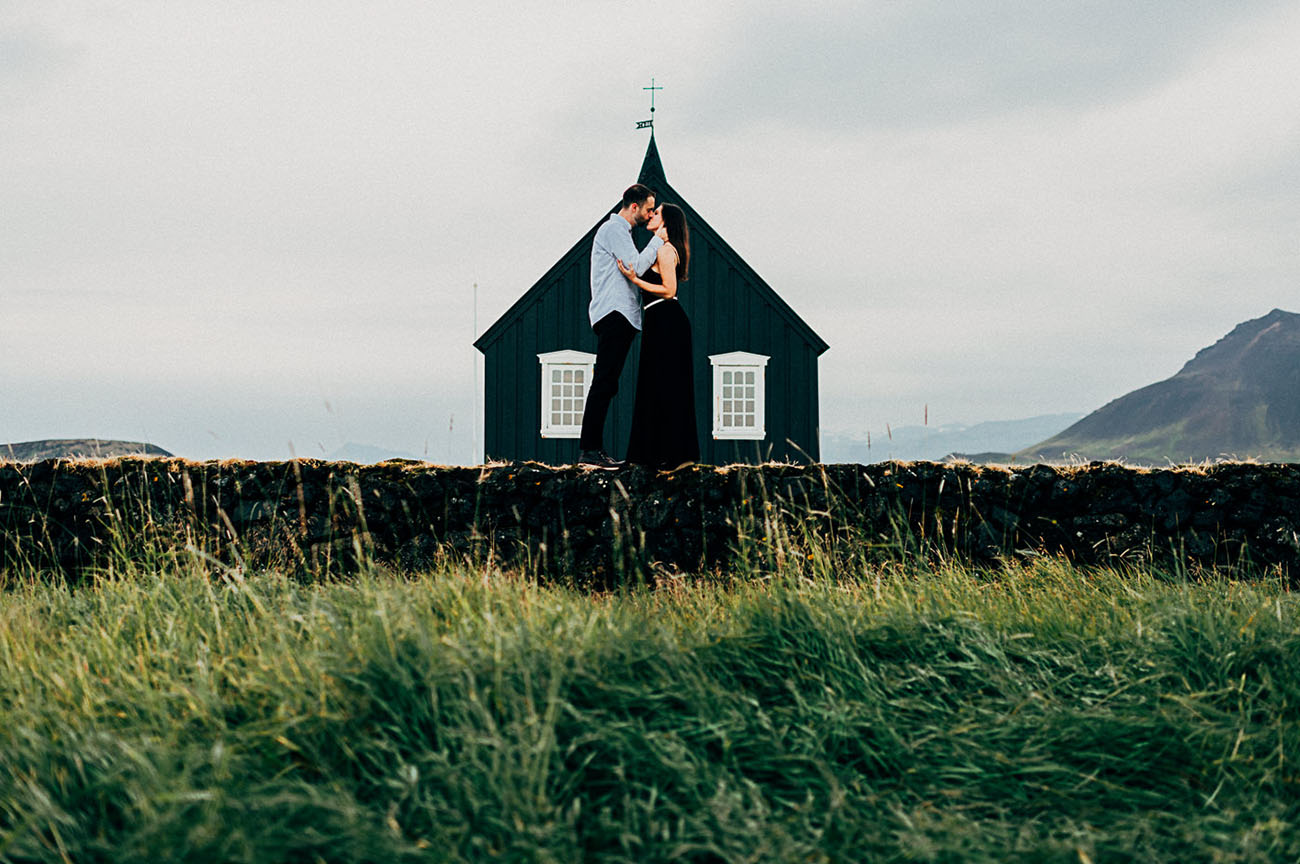 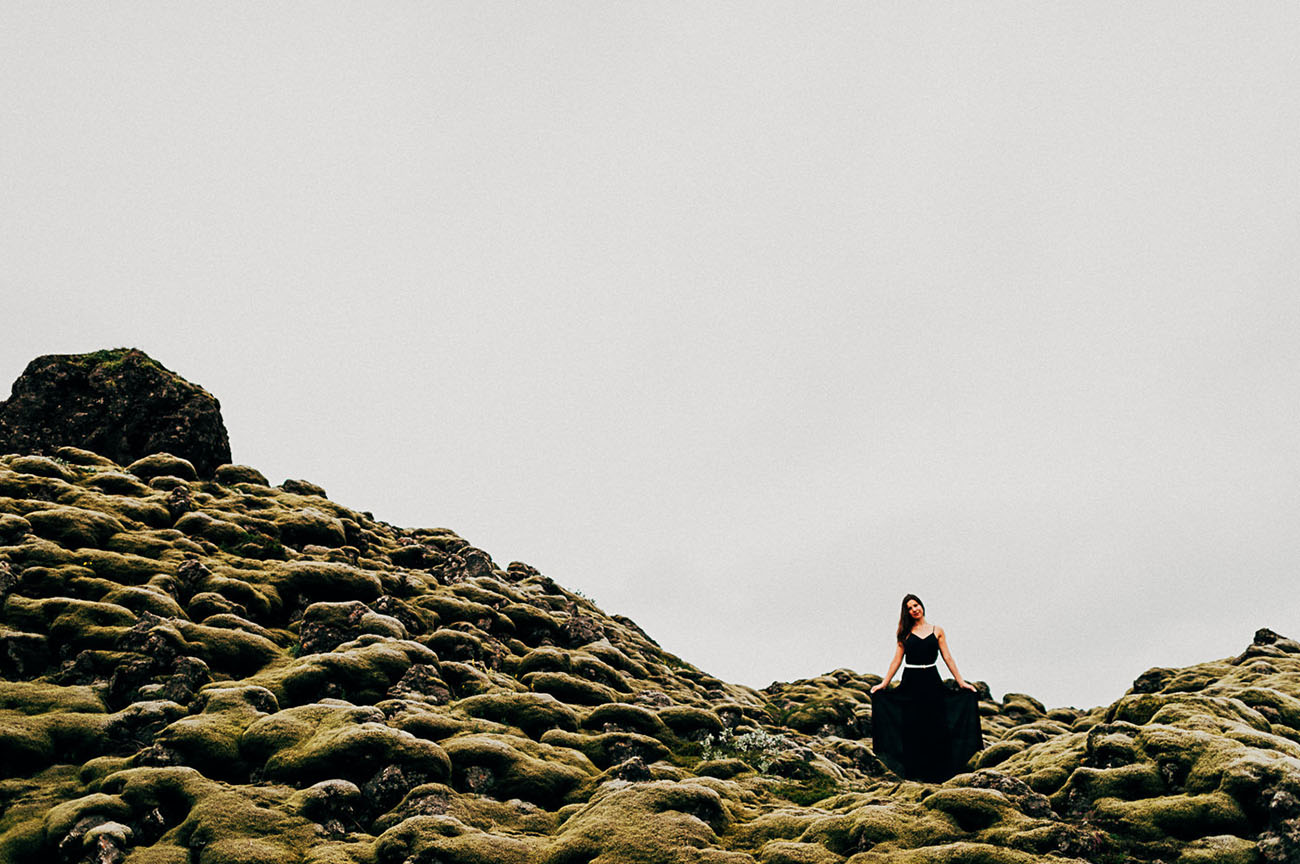 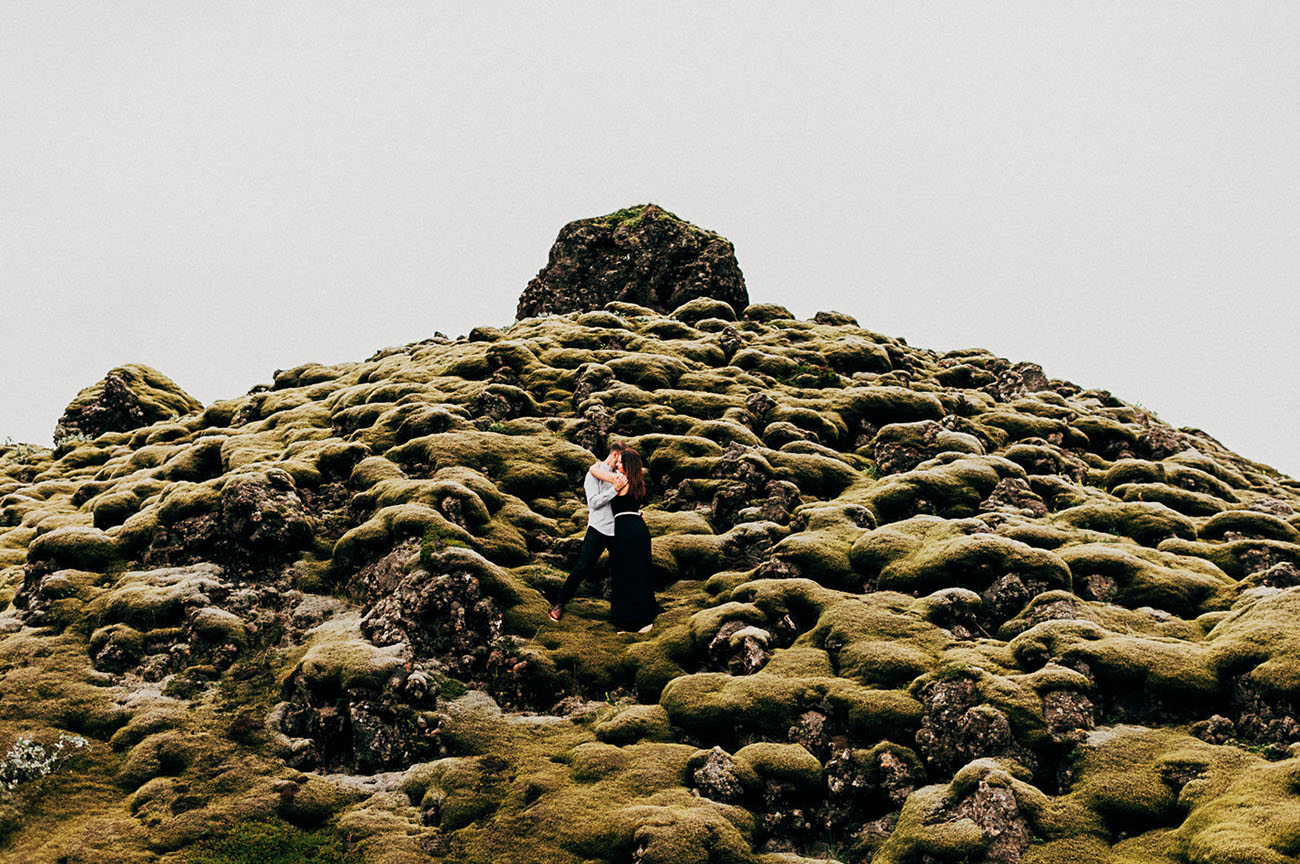 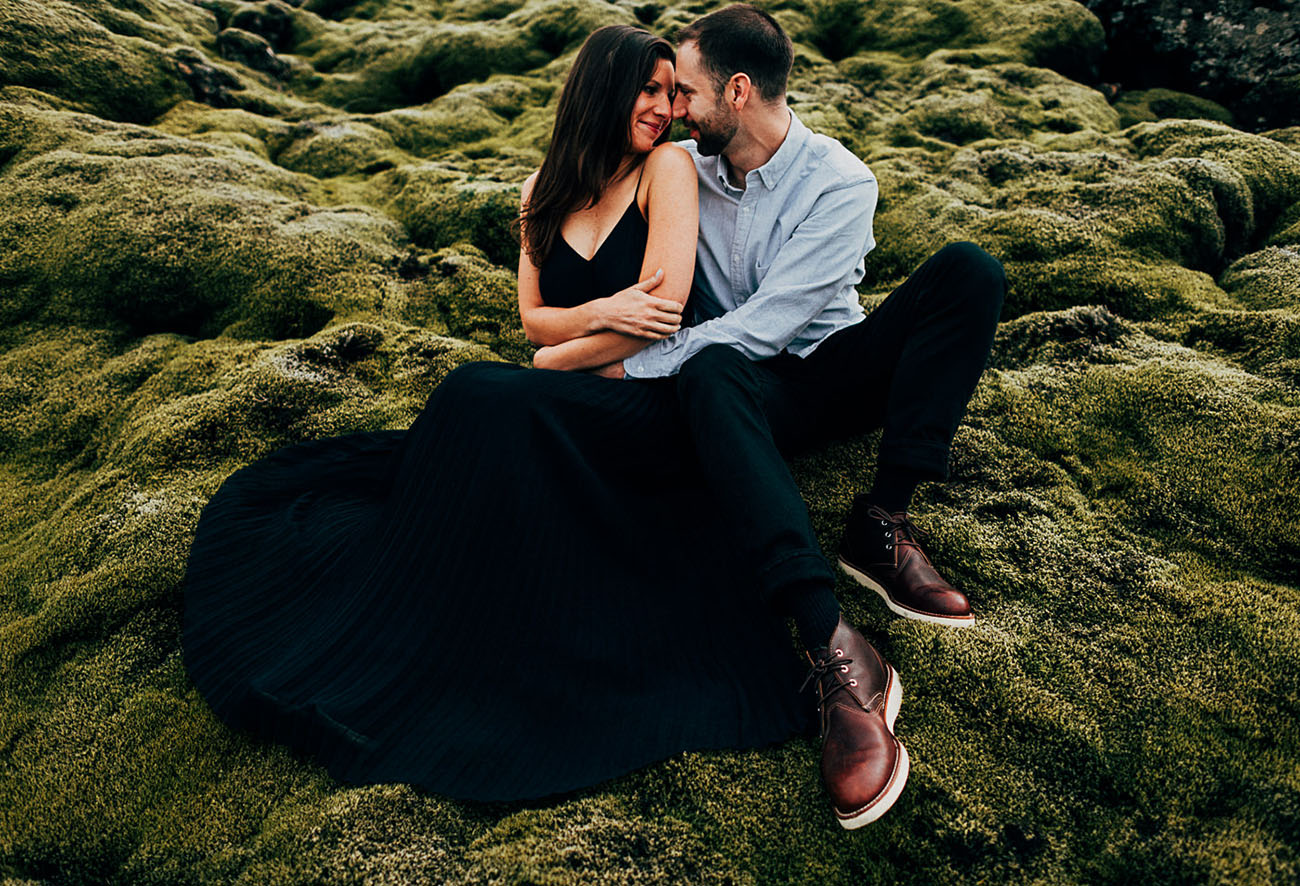 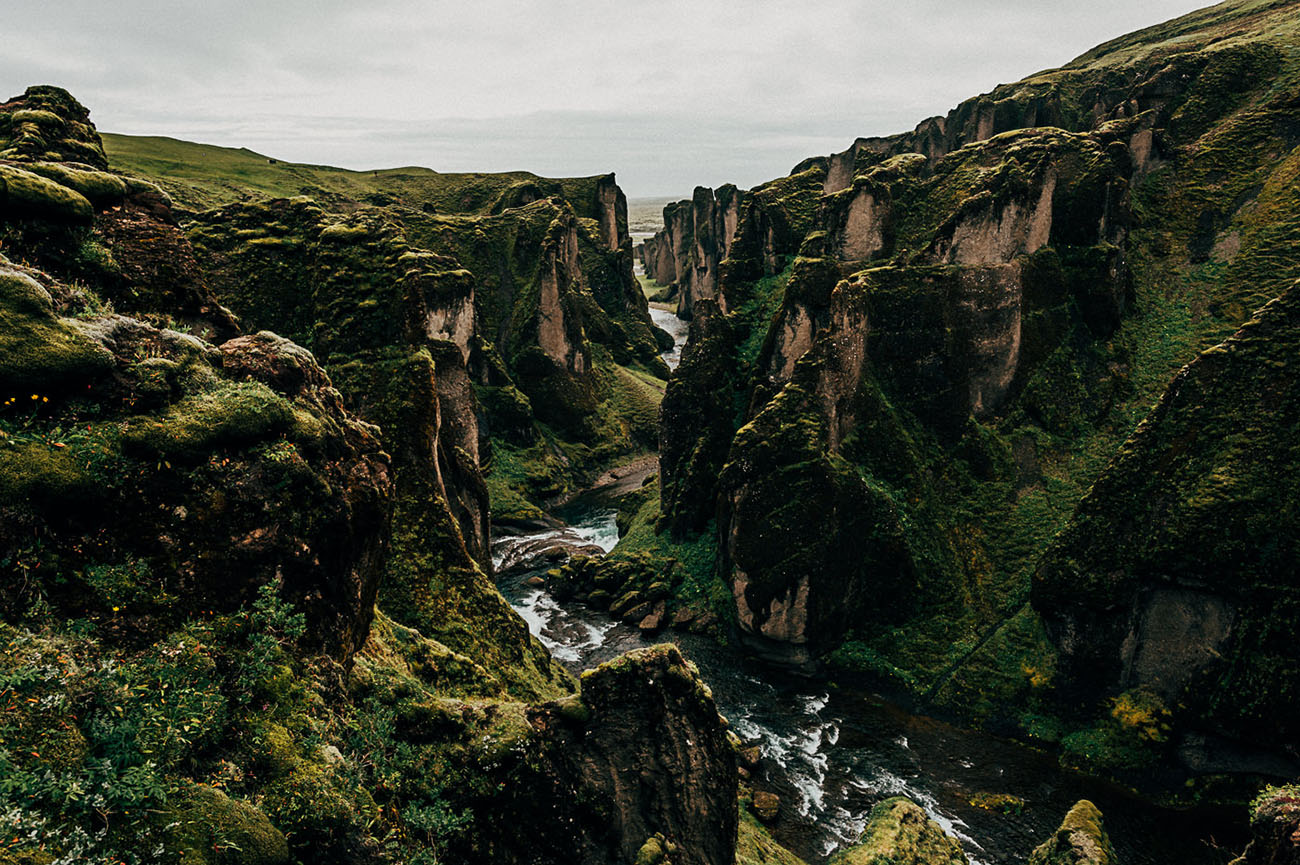 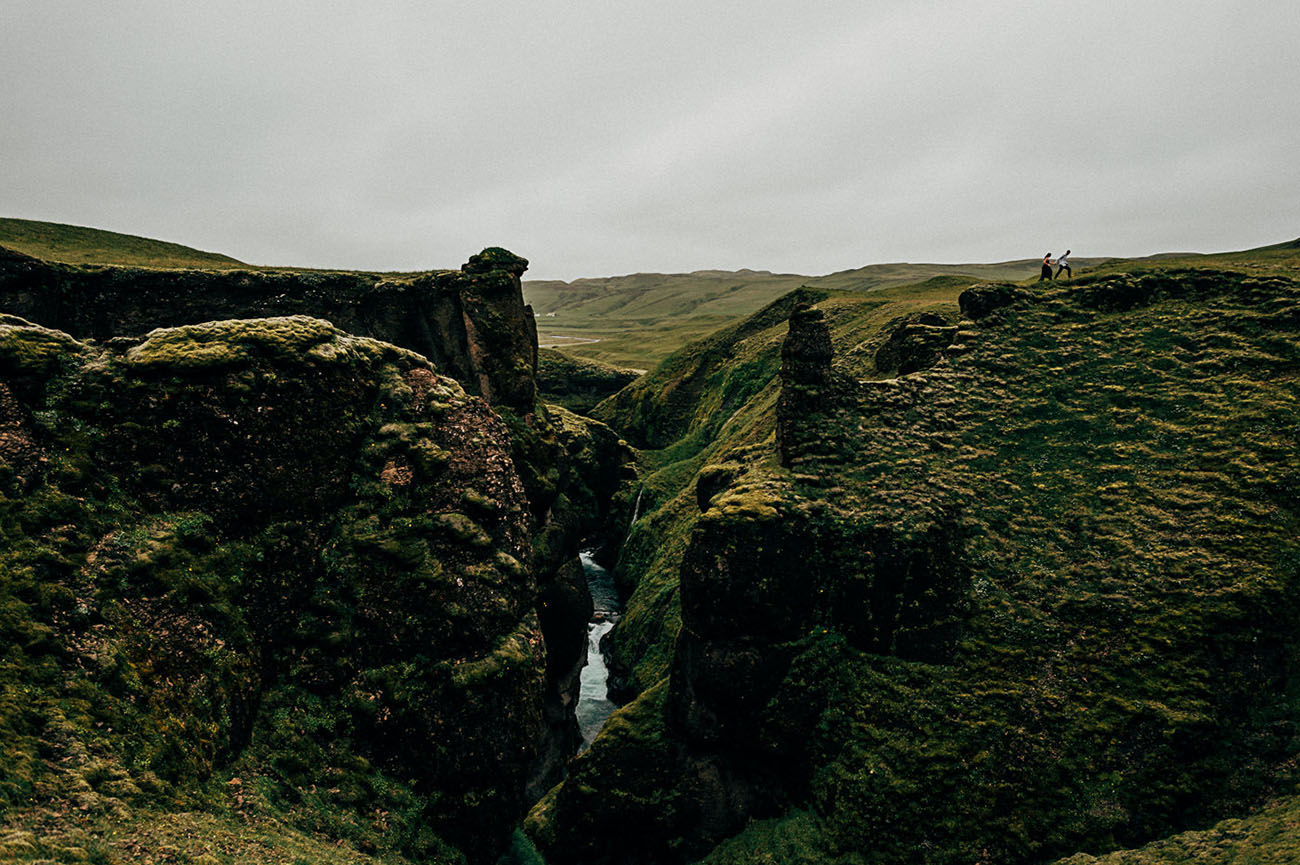 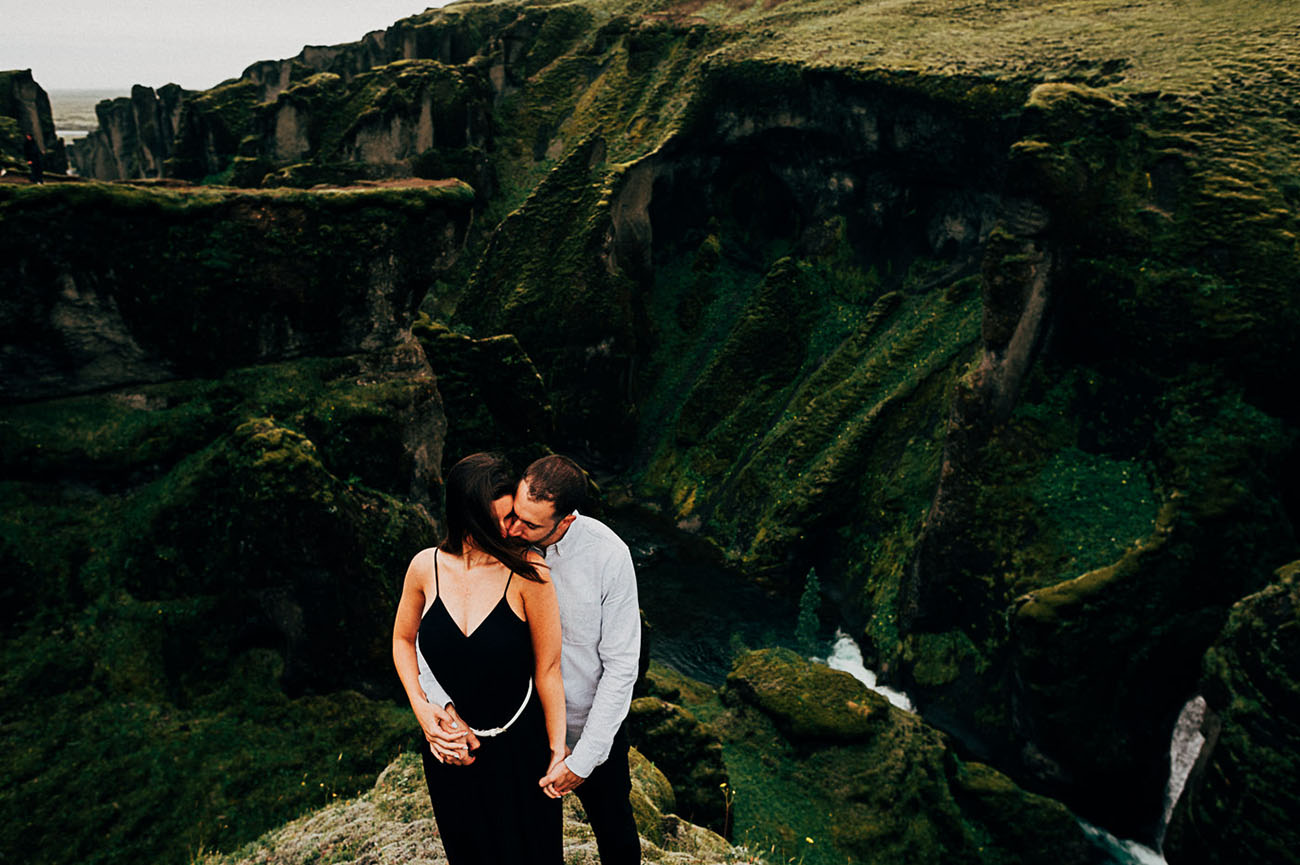 5 Tips for Taking Your Own Honeymoon or Anniversary Photos

Tip #1: Scout locations. Google Maps/Google Earth and the web are the best resources you have before getting on the plane. Planning ahead is key. I “scouted” the majority of the locations I captured ahead of our trip, in order to prepare myself for what I’d have to work with. Sure, there is only so much you can gain by “virtually” traveling to your location ahead of time; but it’s better to prepare than to just show up in a foreign country and ask yourself, “Where to? 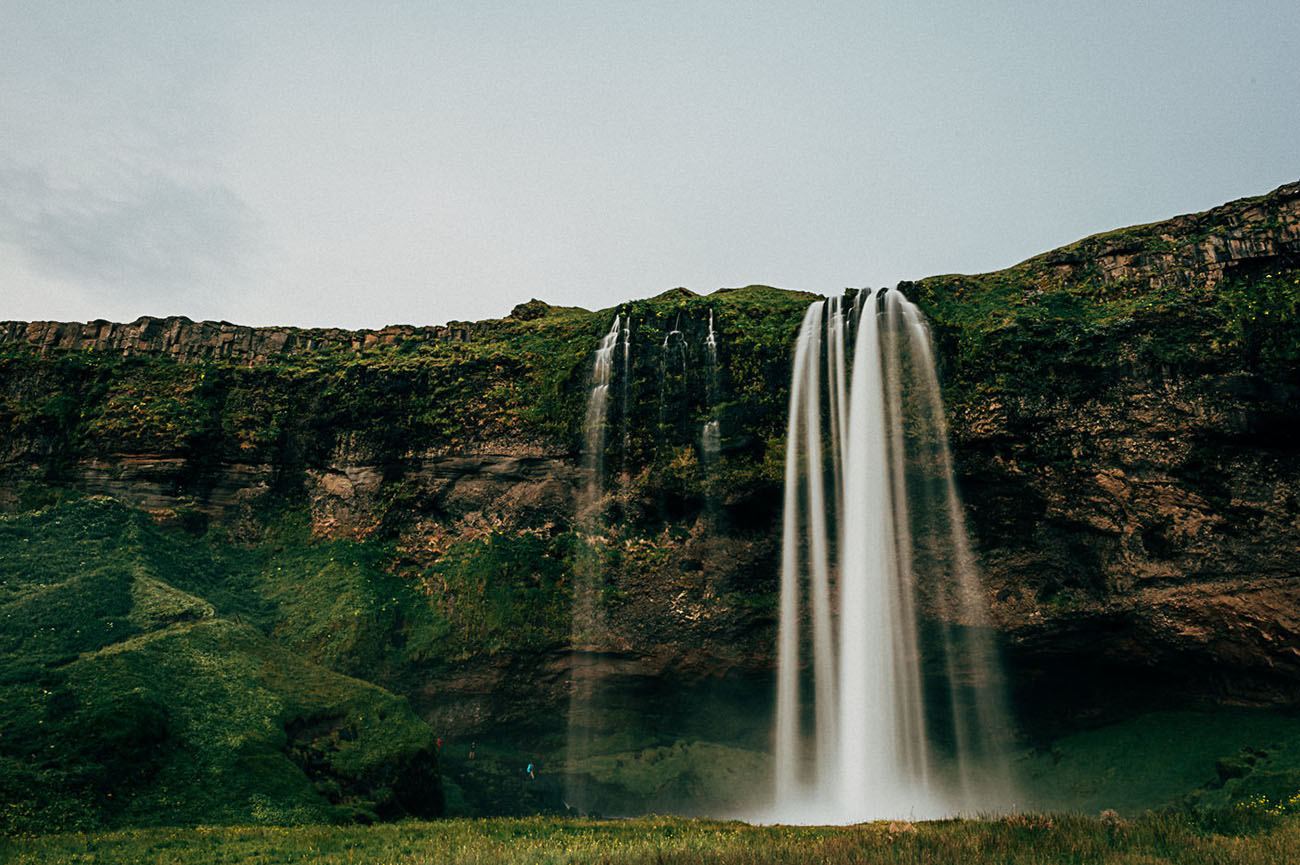 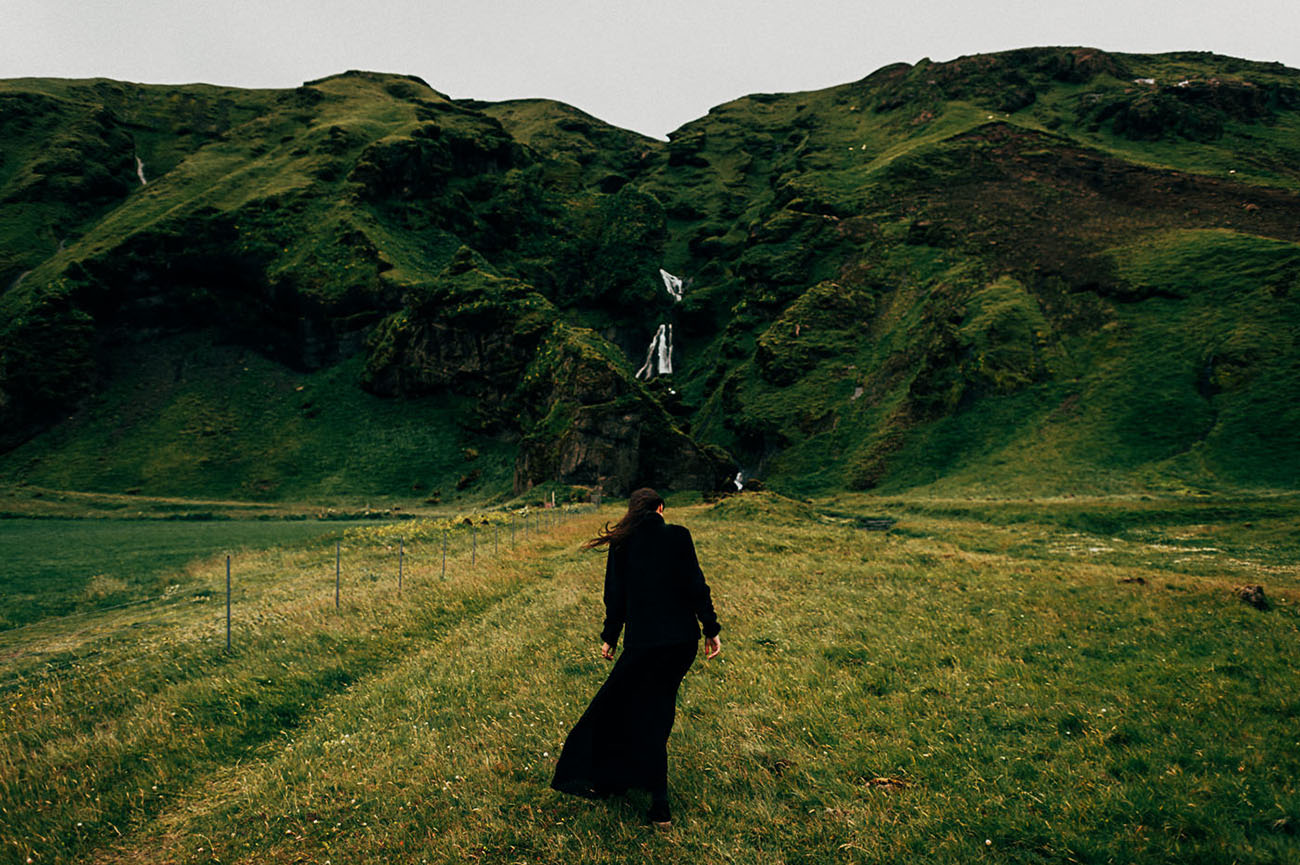 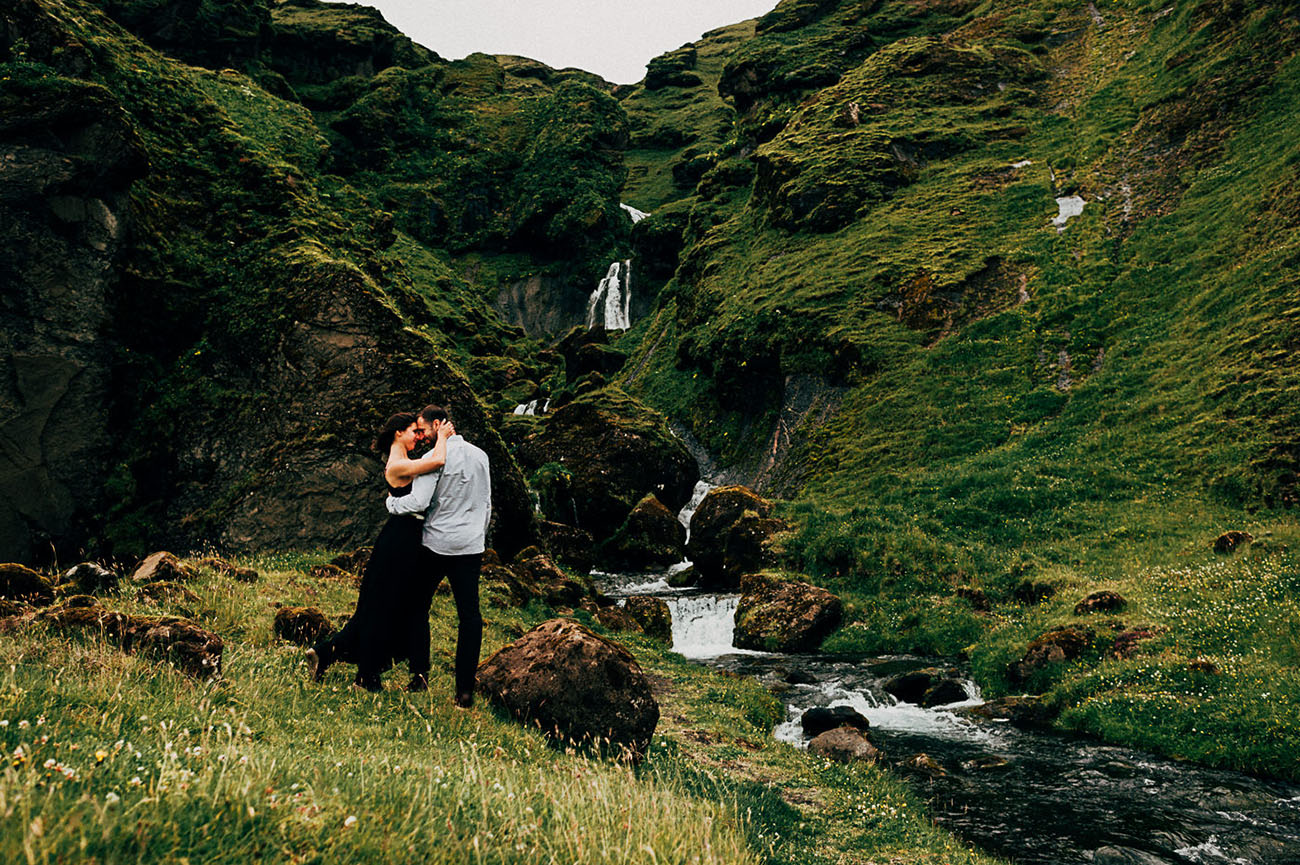 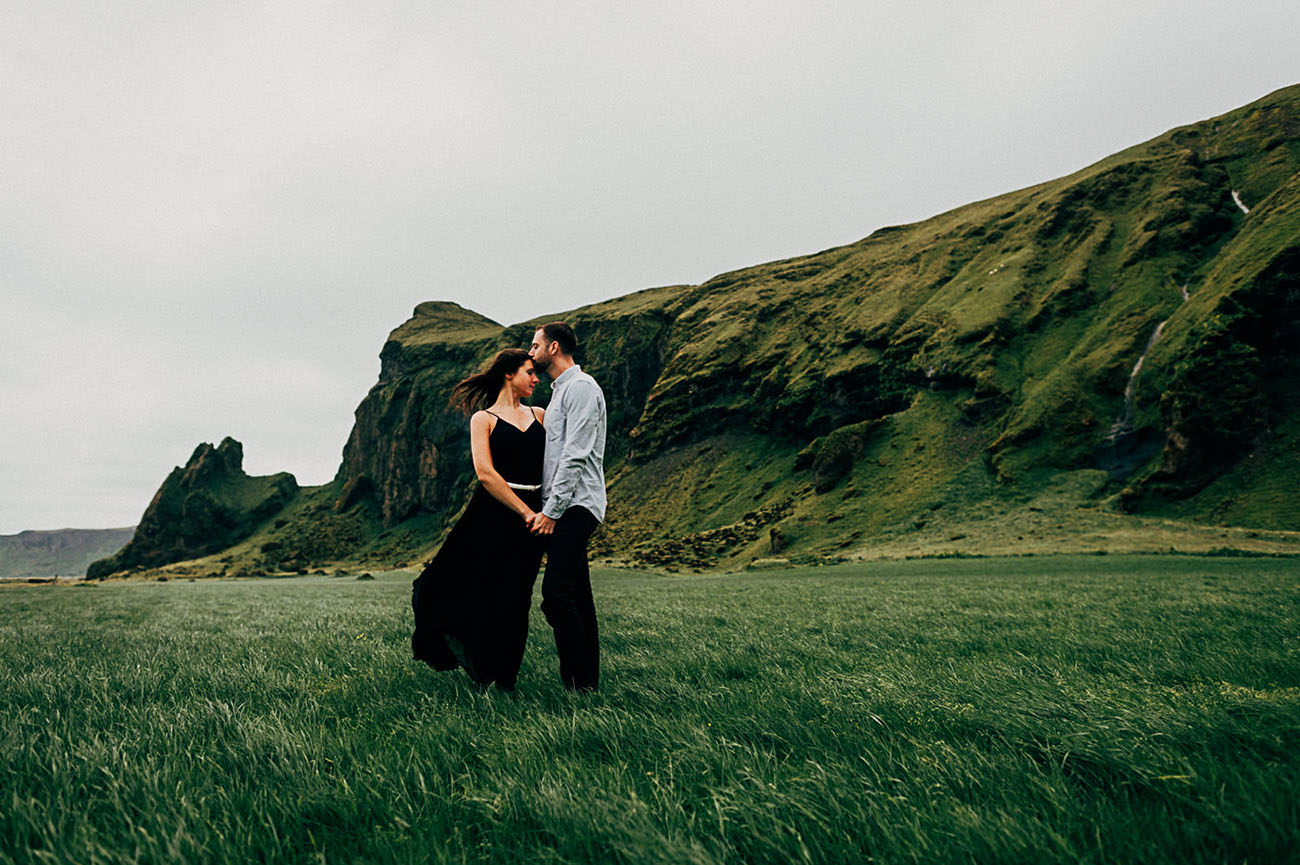 Tip #2: Remember to move. A big element of my storytelling of weddings and other shoots is movement. If I just shot a pose over here and a pose over there, my photos would feel less real and genuine. You don’t have to just stay put, snap a photo and move on. My favorite frames from our Iceland set are the ones in which we’re moving with each other. You can feel the adventure within them. 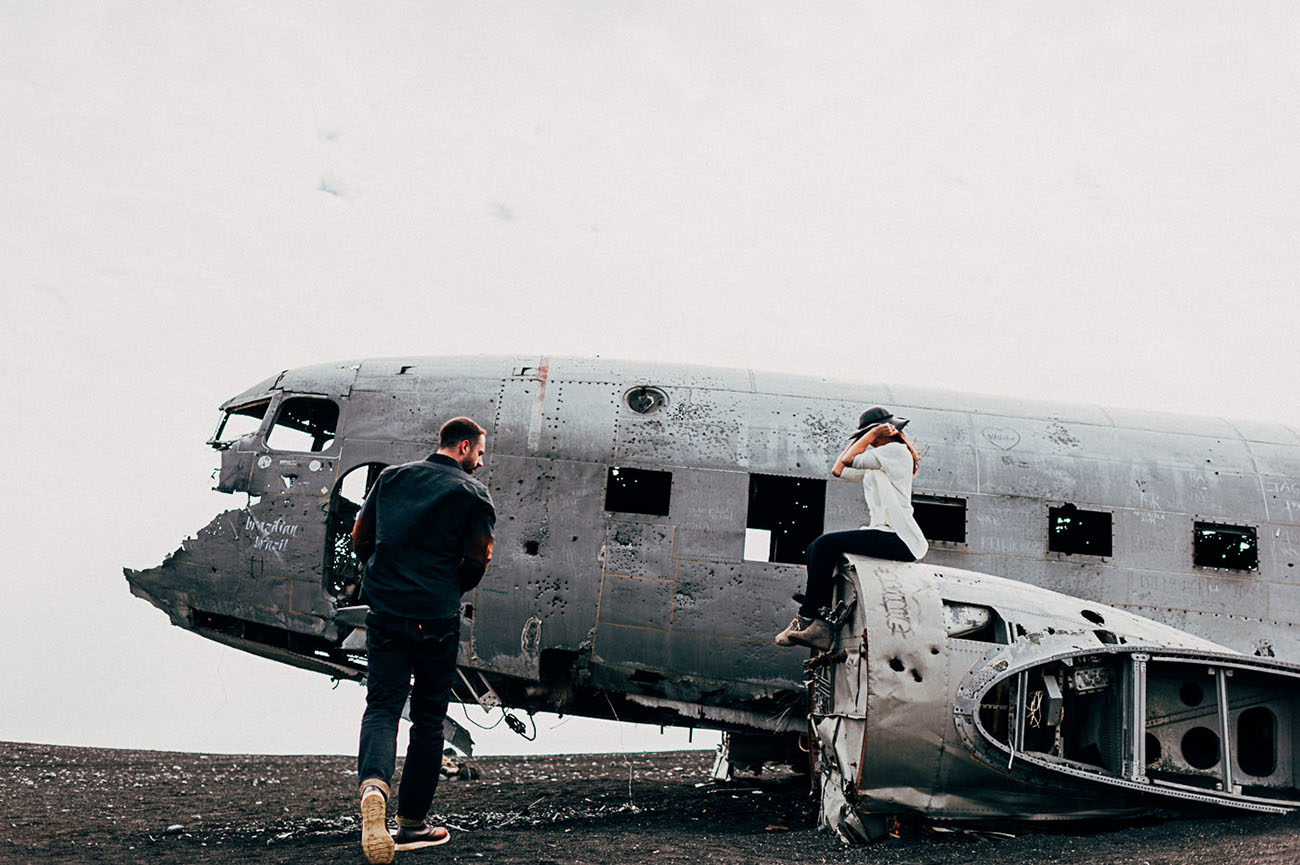 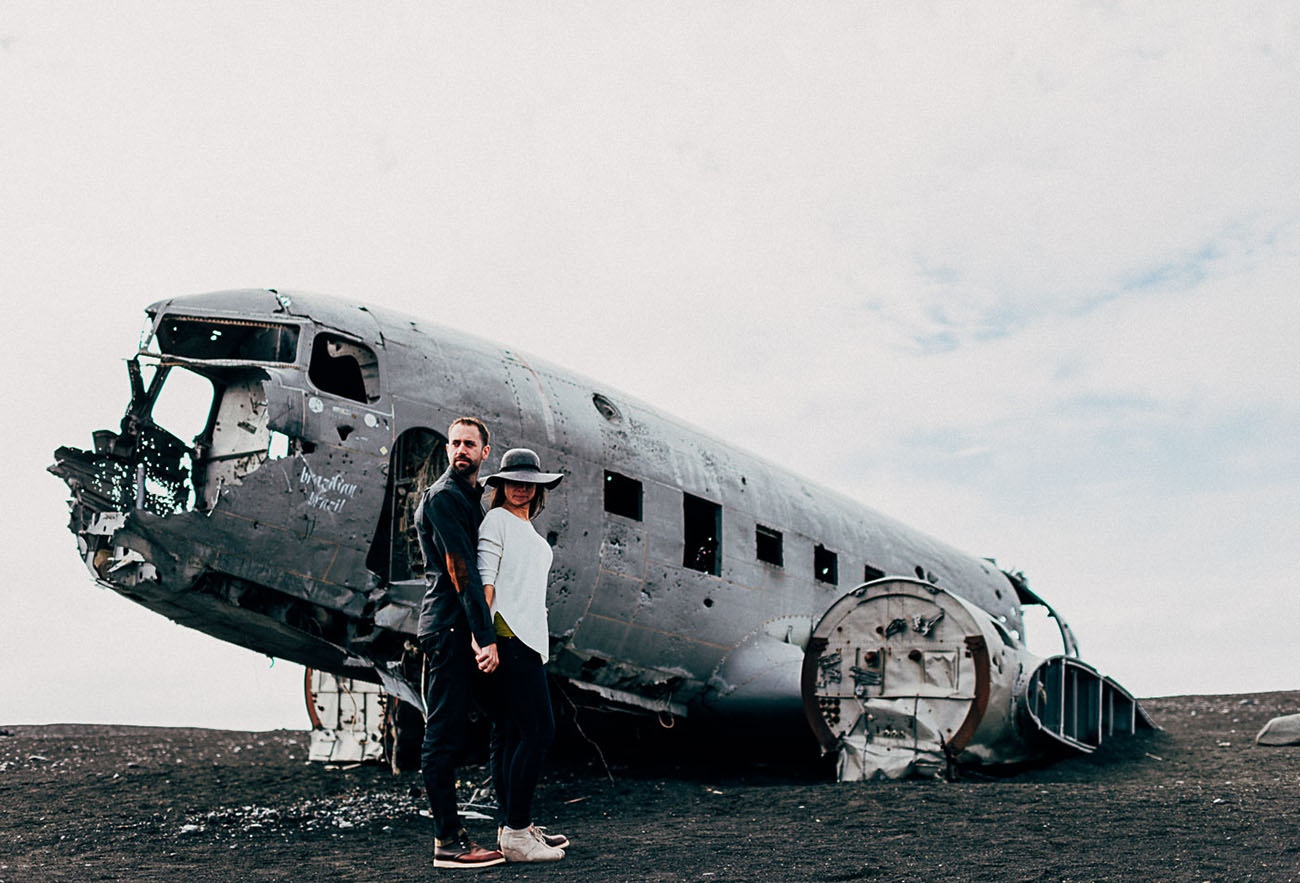 Tip #3: Channel your connection. The first thing I tell every couple I shoot is to forget that there’s a guy with a camera here. We’re trained from a very young age to look at the camera and “SAY CHEESE!” I have a no-cheese policy. If you aren’t staring directly at a camera lens, intimacy is easier to achieve and capture – no need to grin and stare. I took that advice myself for this shoot, and would advise other couples looking to capture images of themselves to do the same. Part of the reason I think these images were successful is because we didn’t “break the fourth wall” and acknowledge the camera. And because of that, our images feel real and more intimate. 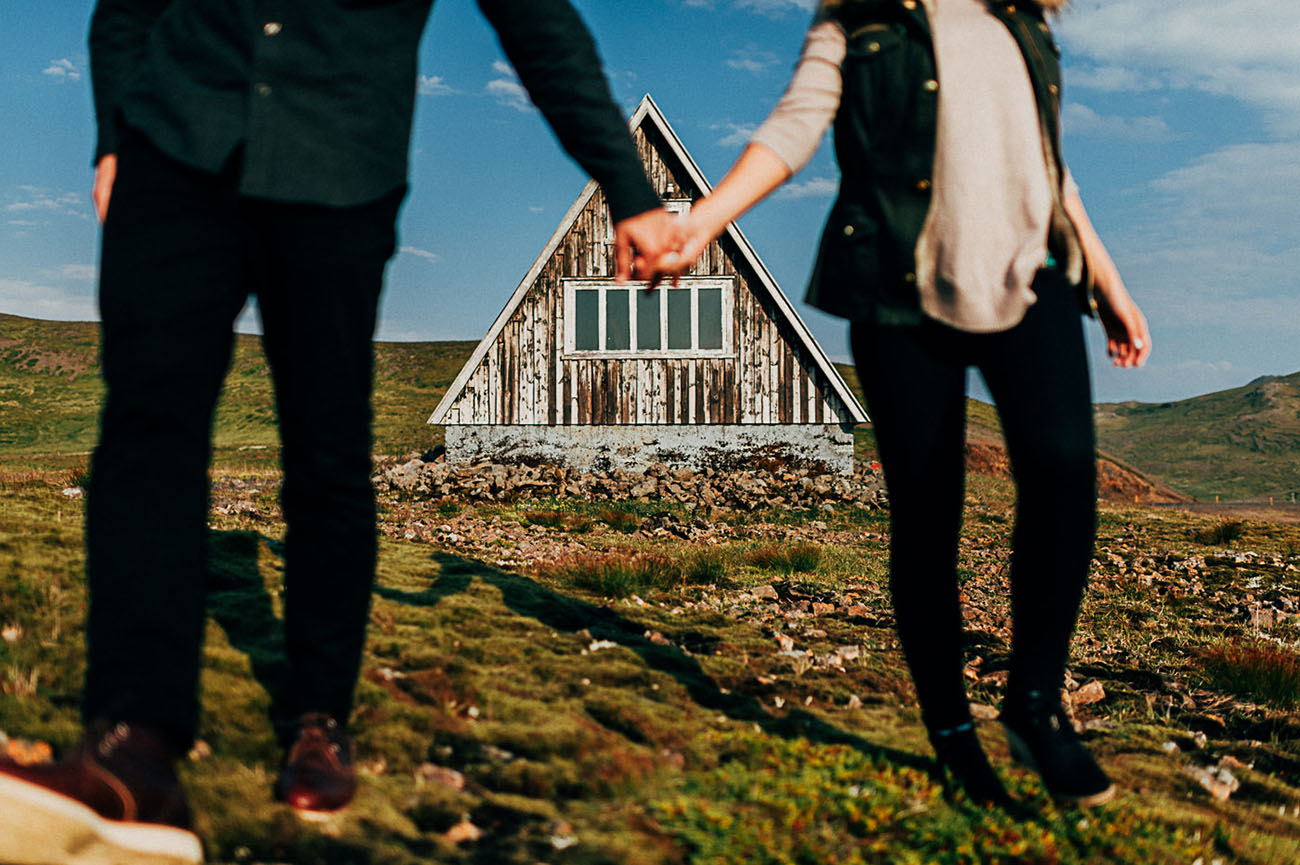 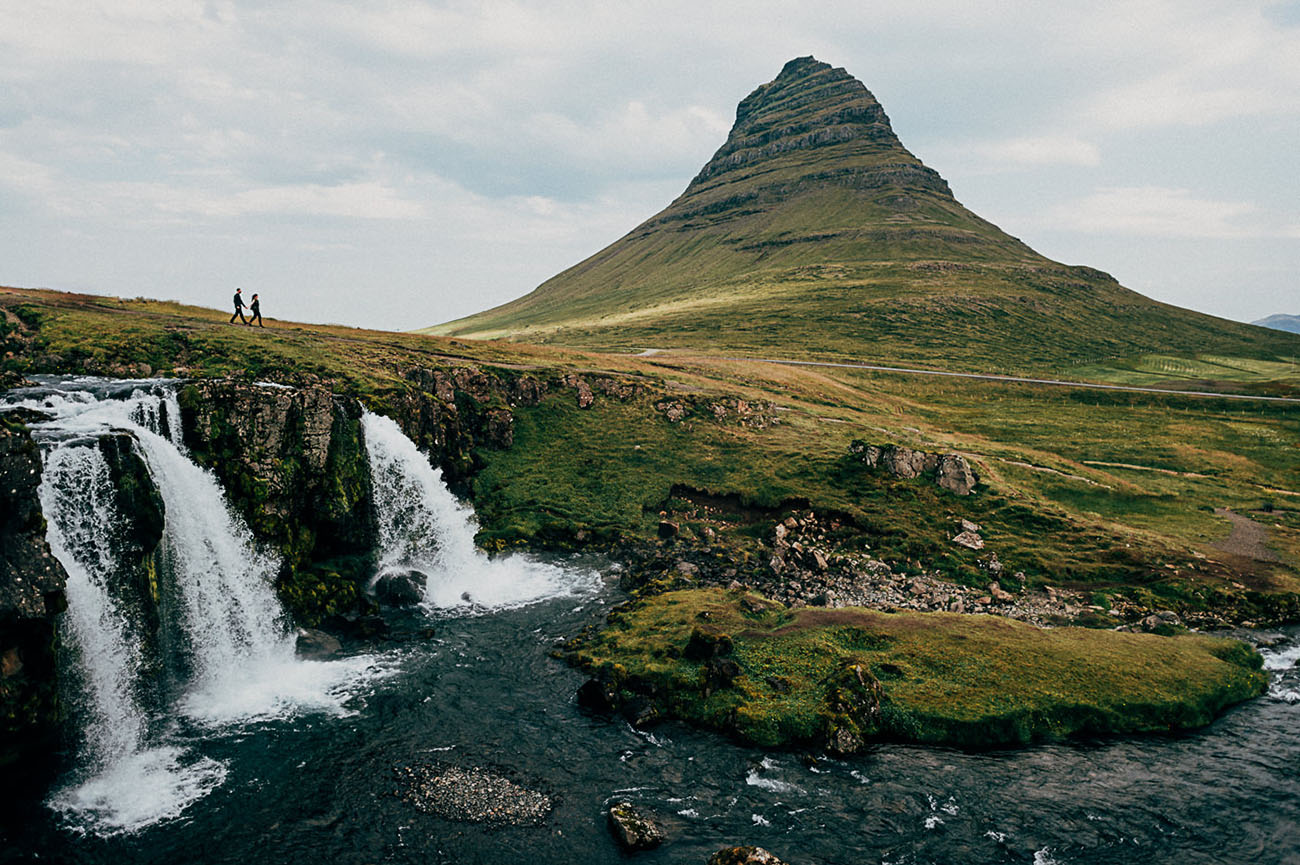 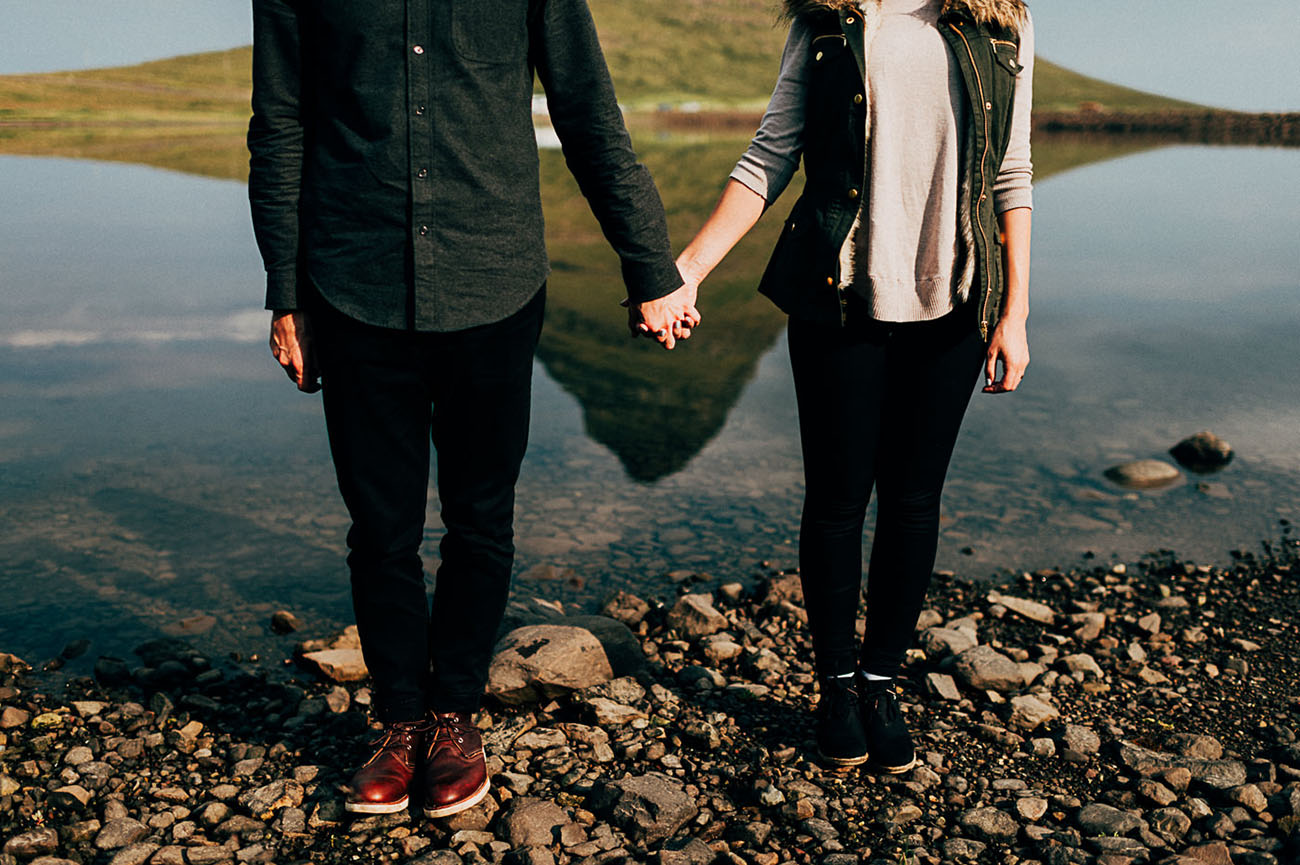 Tip #4: Avoid people. The difficultly of this task will vary depending on where you travel. The best part of Iceland was having miles of mossy lava field – or mostly anywhere I shot – to ourselves. It helped me take things slowly and think about compositions, actions and the places I wanted to remember and capture. Not having a million eyeballs on you will also help you feel less self-conscious. Most importantly, it helped us get in the mood and be affectionate with each other. 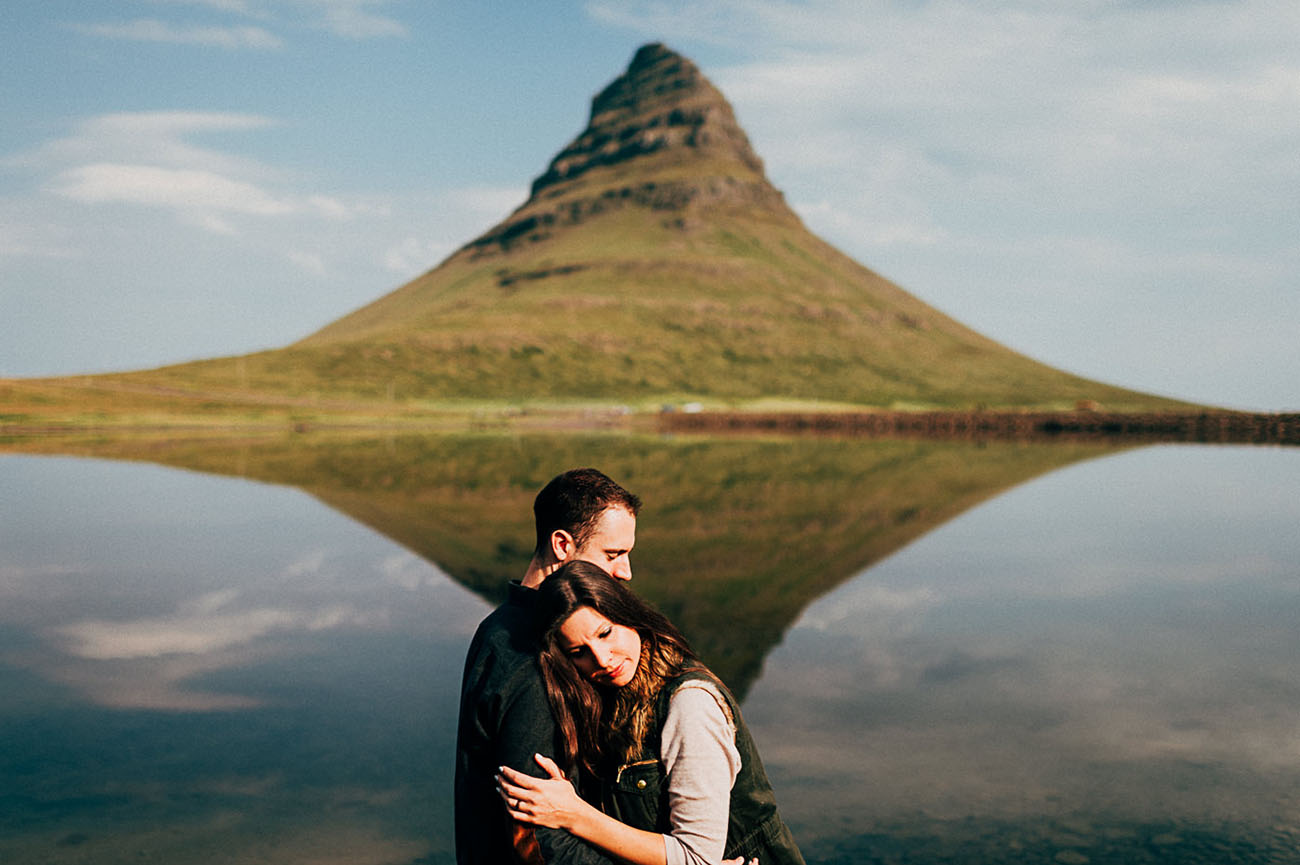 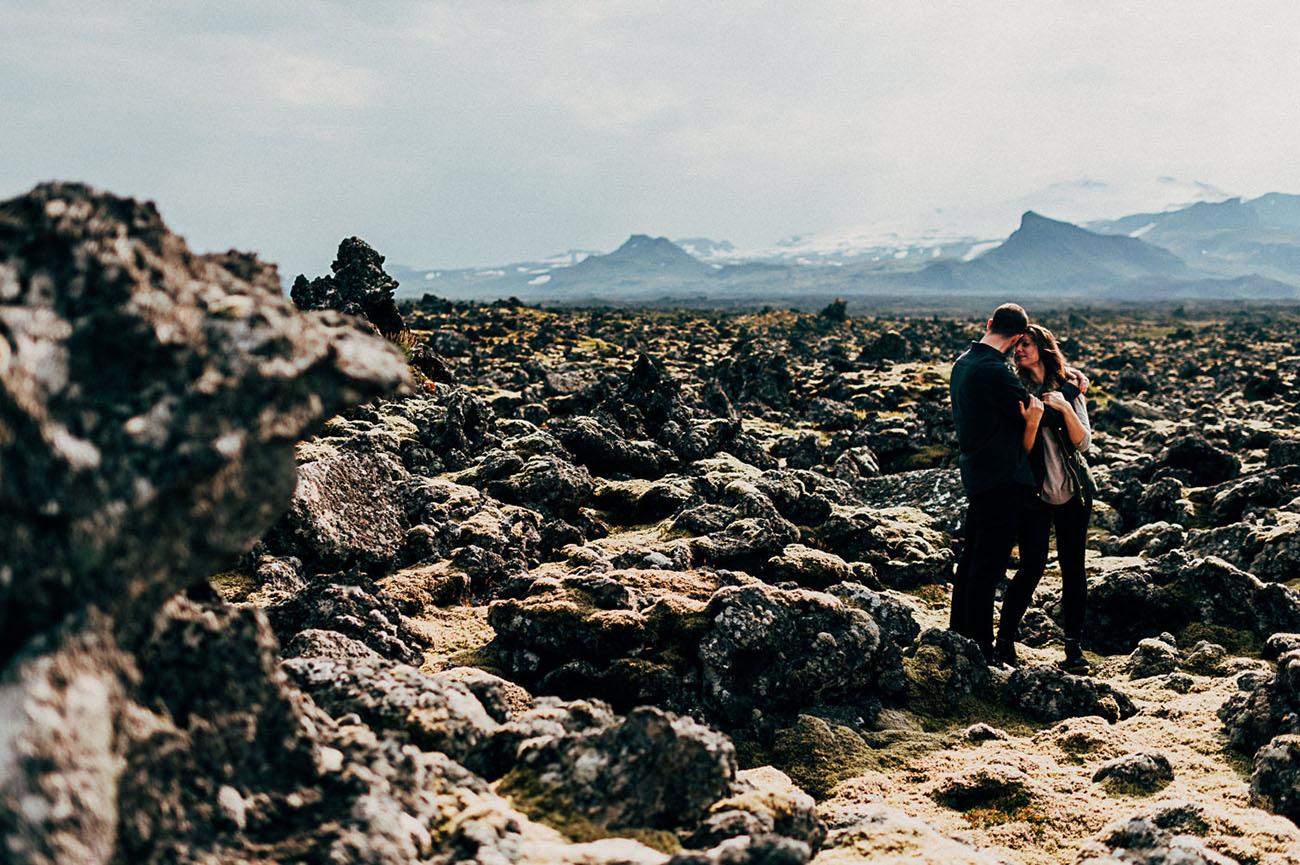 Tip #5: Now, for the technical side. I pulled off this shoot by using the least amount of gear possible. I wanted this to be an enjoyable, authentic experience for me and my wife, so I put together a simple setup that wouldn’t weigh us down. I shot solely with my Nikon D810, Nikon 24mm 1.4, Nikon 35mm 1.4 and the Sigma ART 50mm 1.4. For a tripod, I used the lightweight Gitzo GT1542 Traveler. The most important piece to this puzzle was finding a remote trigger that didn’t rely on line-of-site and had a super far range. For this I used the Vello FreeWave Micro Wireless remote. I shot a few photos of us across a canyon from hundreds of feet away. It was amazing! And now, we have the photos to help us remember this trip – as it really happened – forever.

Thank you so, so much to Jesse of Golden Hour Studios + his beautiful wife for sharing this amazing moment in time – and all your helpful tips – with us today! And for all those of you planning a big trip sometime soon, tell us if you’re planning to take some self-shot photos to commemorate your love and adventure!