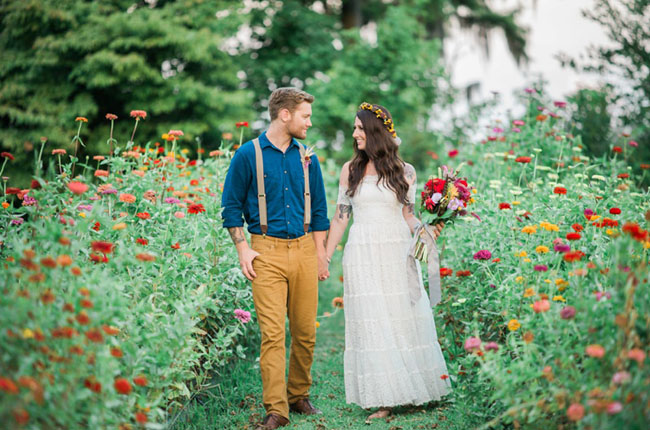 When Melissa from Missy loves Jerry Wedding Photography originally asked Heather + Jared to model for her for an upcoming styled shoot, she didn’t realize that the shoot date also happened to fall on their 7th wedding anniversary! But once she found out, her creative wheels began turning + her ideas for the editorial got even sweeter. Melissa tells us, They were so excited about being able to celebrate their wedding anniversary with a wedding styled shoot .. not only because it would be lovely .. but because they never had wedding photos… They never had a wedding at all! As young sweethearts in love, they said their vows to each other in a courthouse in Sacramento, California while Jared was stationed there with the Coast Guard.

So, Melissa teamed up with Yeopim Flowers, who focused on incorporating seasonal, local blooms into the setting. The creatives behind Yeopim have their own farm where they grow a beautiful flower patch each year to fulfill many of their weddings and events. So this project really emphasizes the idea of designing a scene straight from field-to-vase. And we love every bit of it! 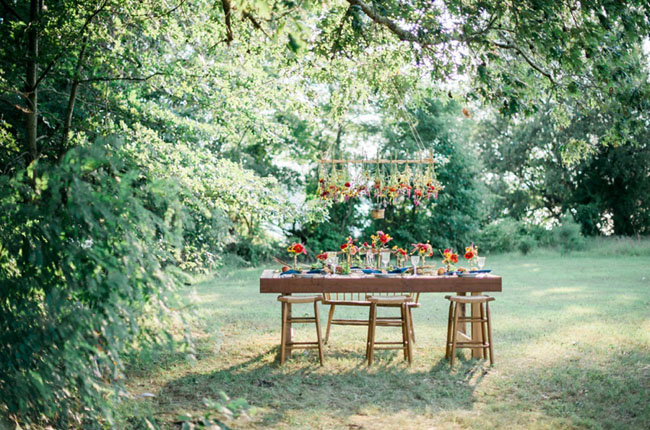 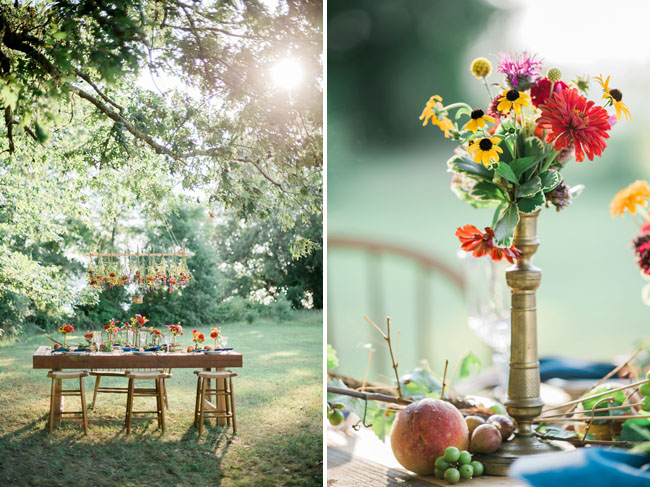 We chose to use simple brass candlestick holders filled with field flowers down the table, with a super sweet hanging flower chandelier above the home-made pallet table! The table-scape was adorned with grapevines, local peaches and figs, wheat and pheasant feathers. 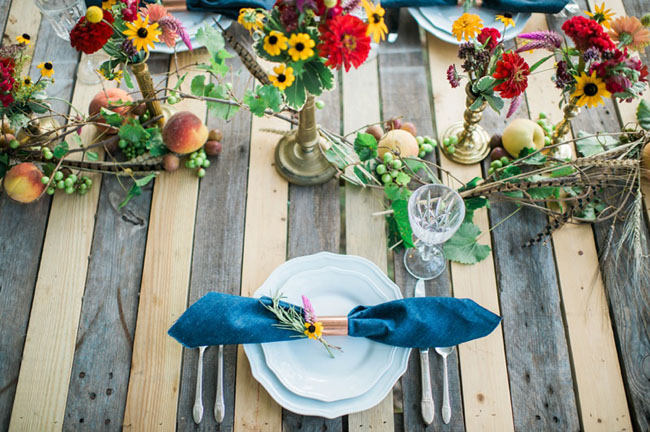 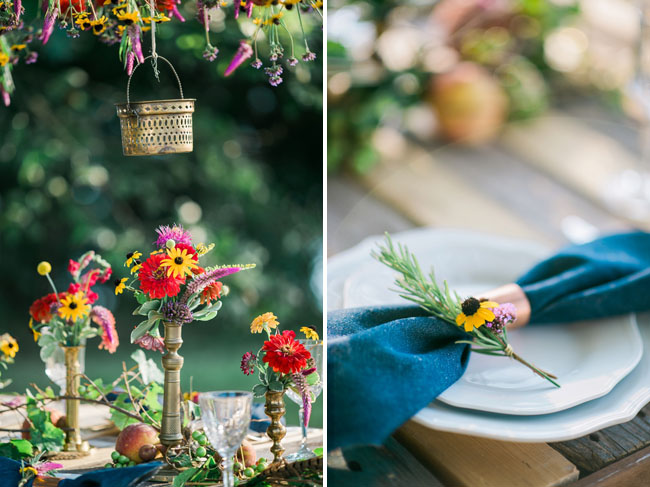 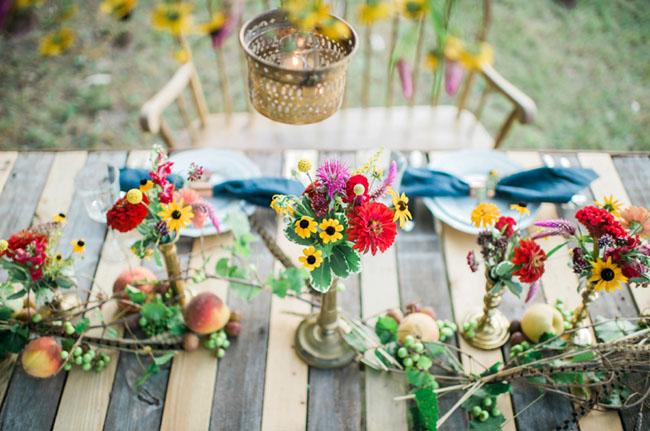 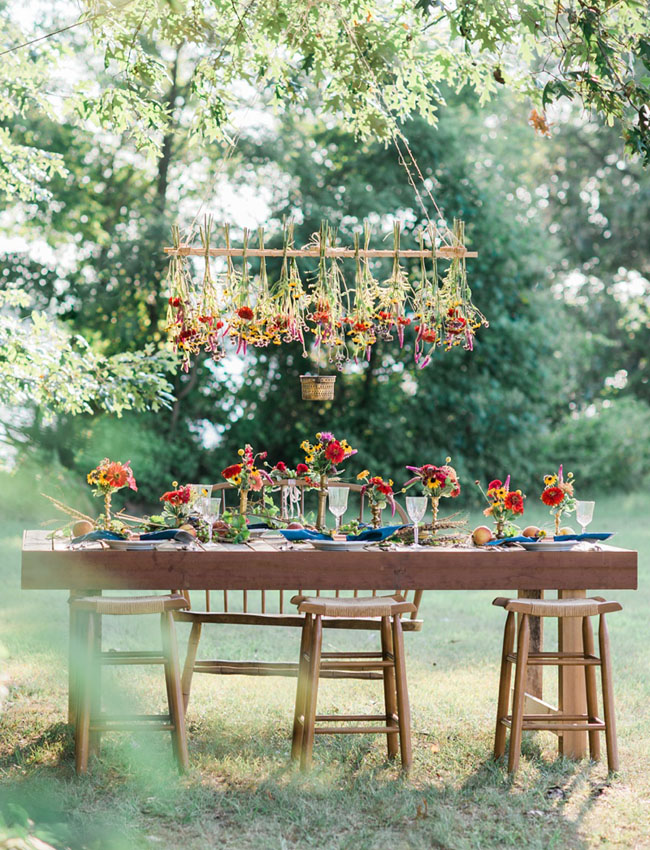 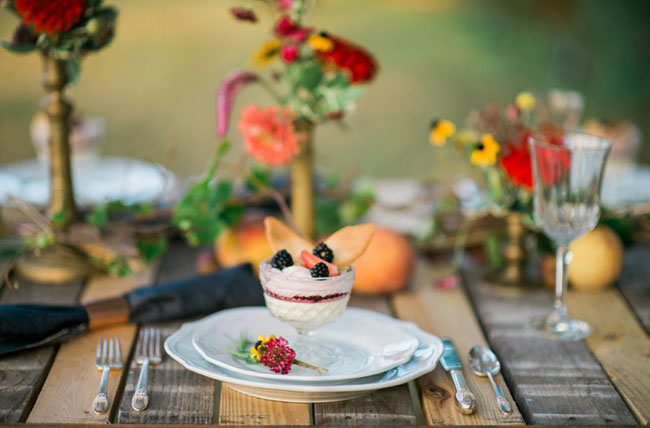 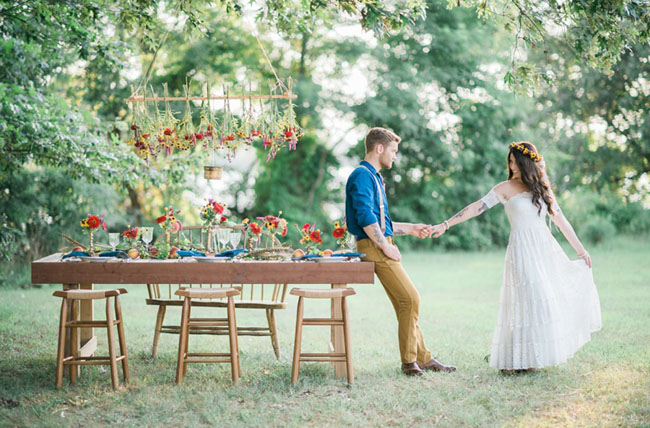 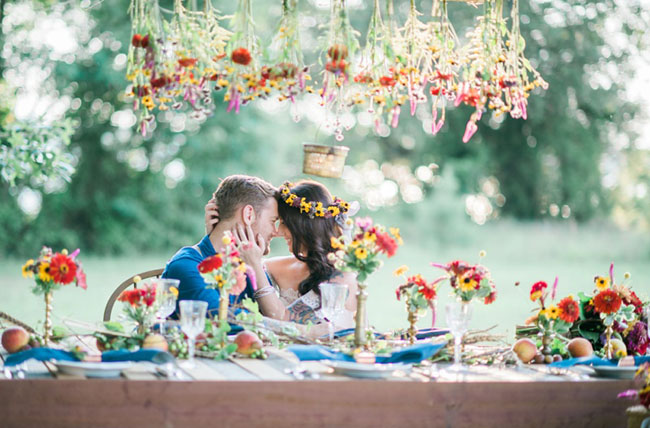 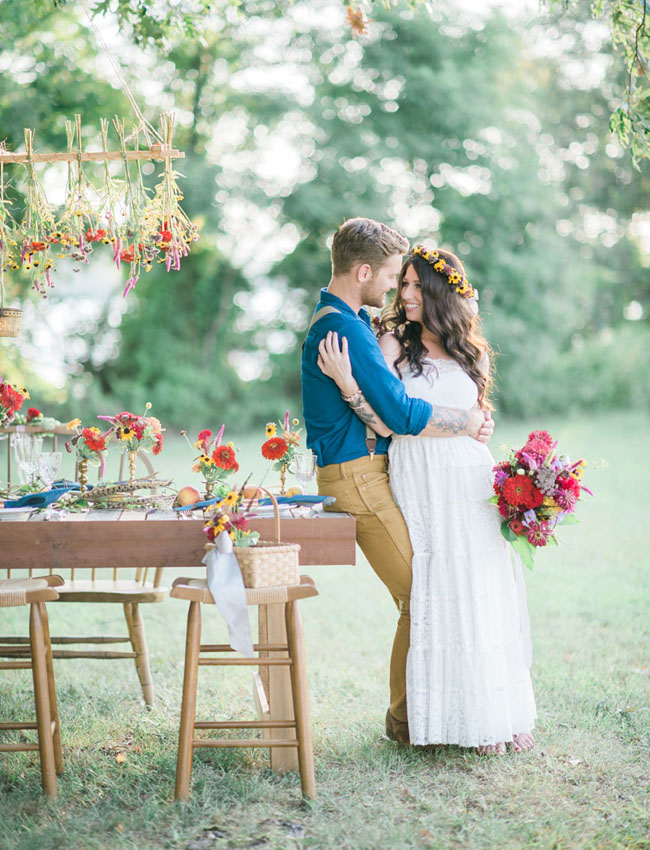 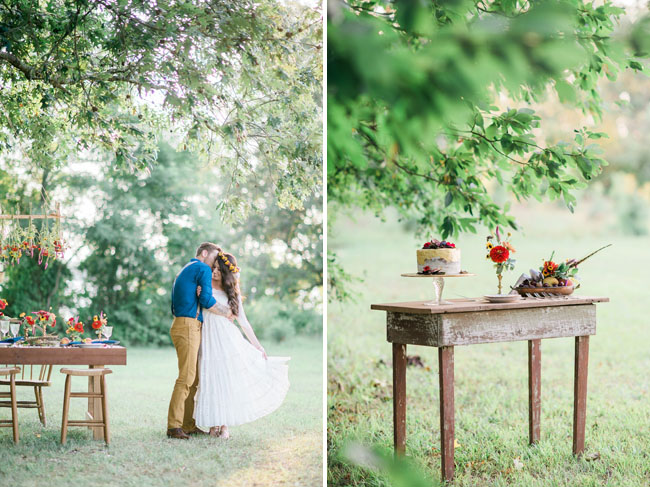 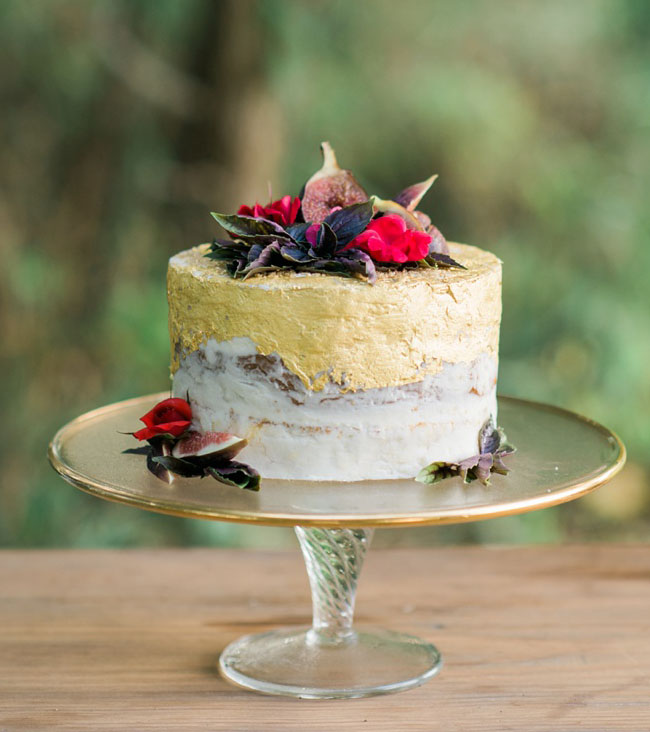 Such a cute gold-accented cake, created by the talented chefs at Inner Banks Inn. They adorned the petite cake with fresh basil, flowers and figs straight from their own backyard. 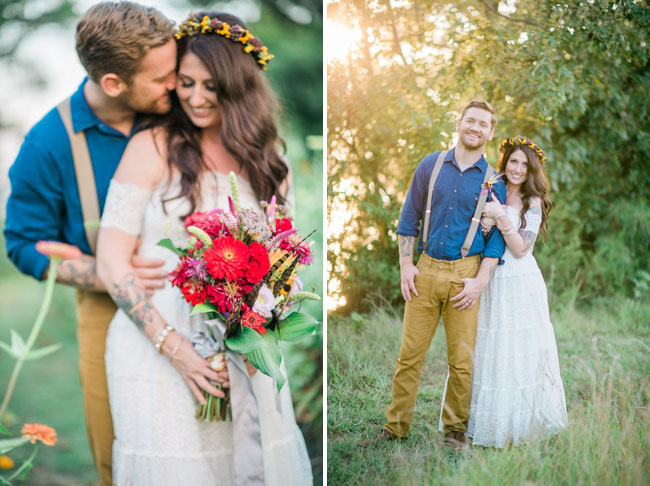 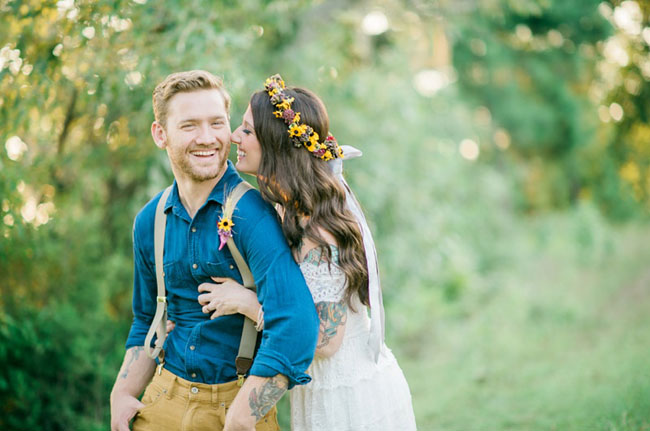 To honor Heather and Jared’s anniversary, they wore copper wedding bands by Mountain Ursus Designs which signify the traditional gift of copper for the 7th year of marriage. 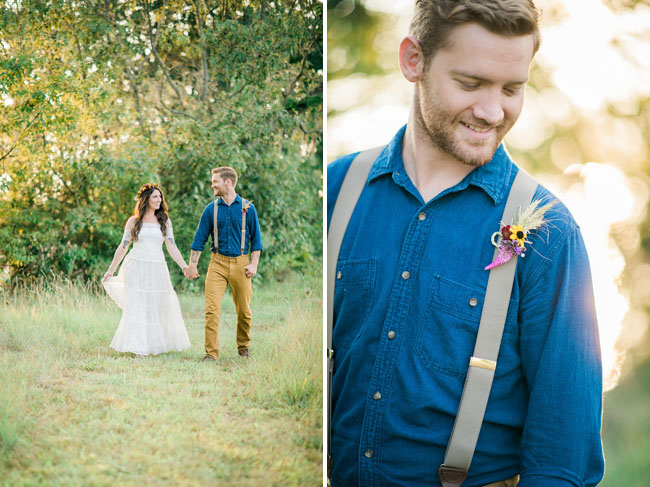 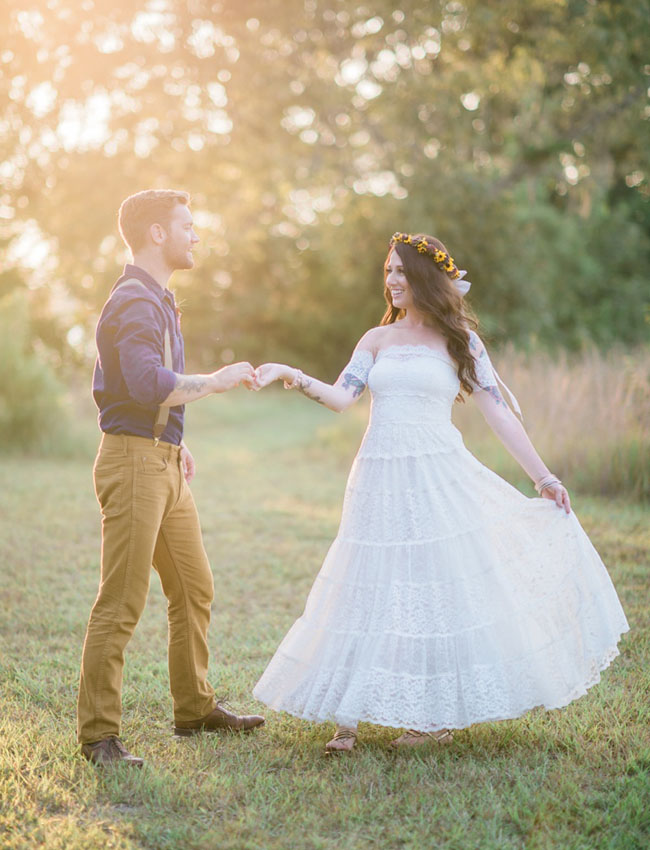 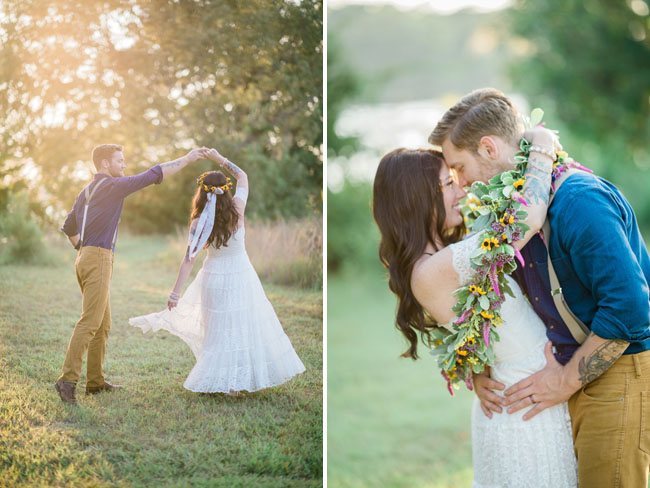 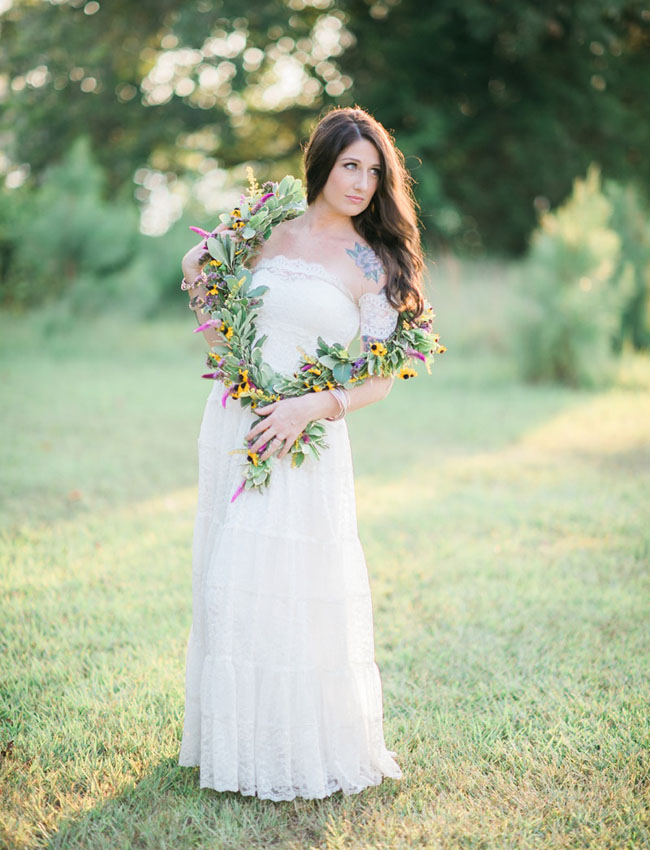 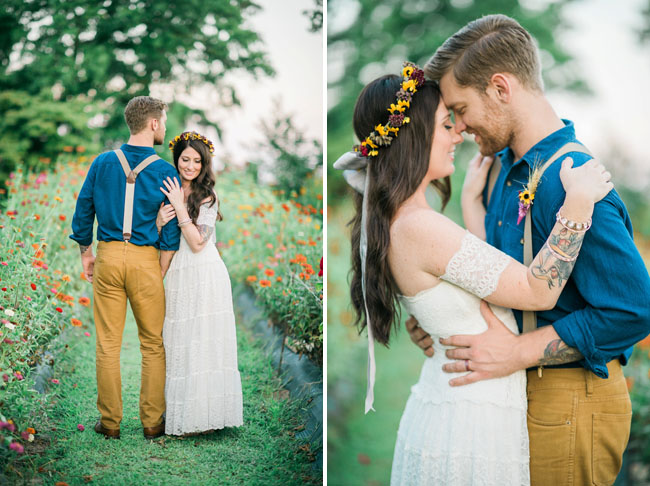 Such a pretty shoot, right?! We feel like field-to-vase is the new farm-to-table!

Thanks to the creatives below + big congrats to Heather + Jared on their 7th anniversary!