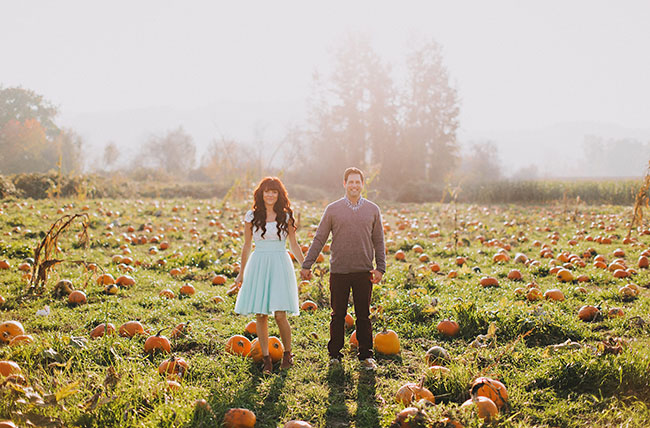 With Halloween coming up next week, we bet a bunch of you have plans to spend this weekend picking out + carving pumpkins! So naturally, Jenafer + Morgan’s crazy cute engagement session in a pumpkin patch is the perfect way to get in the spirit of the season. These cuties roamed around on Sauvie Island (in Portland, Oregon) with their rad photographers, the talented duo Dylan & Sara, and we just love the beautiful images captured! Their session really couldn’t be more perfect for fall. But before we share more, let’s hear the funny story about how they ended up in a pumpkin patch for their photos, from the lovely Jena:

Morgan and I bonded over a common disdain for pet-names. We started calling each other “pumpkin” in an ironic sense, but the joke was on us. It stuck. For five years. So when we decided to get engagement photos taken the location really picked us. 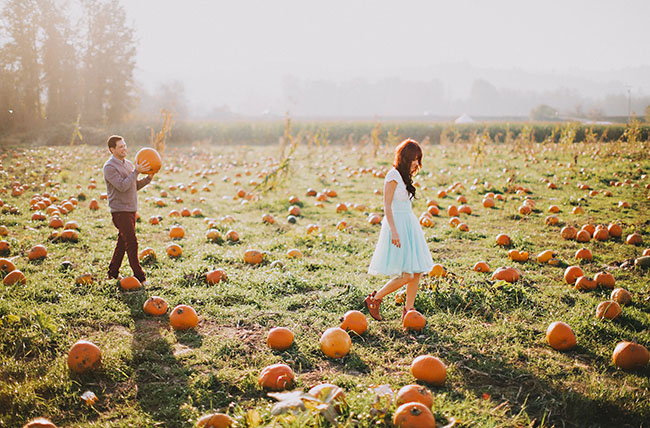 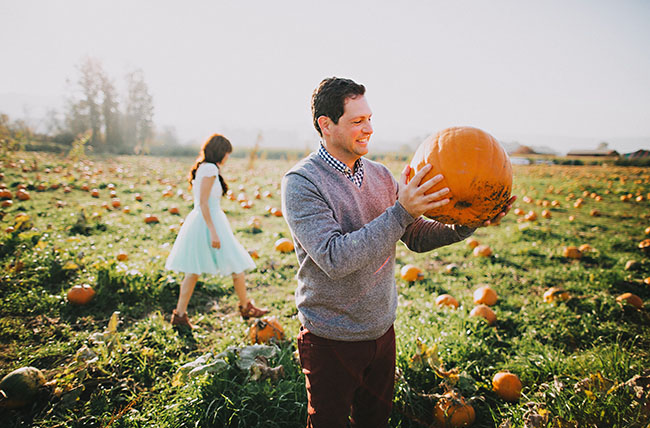 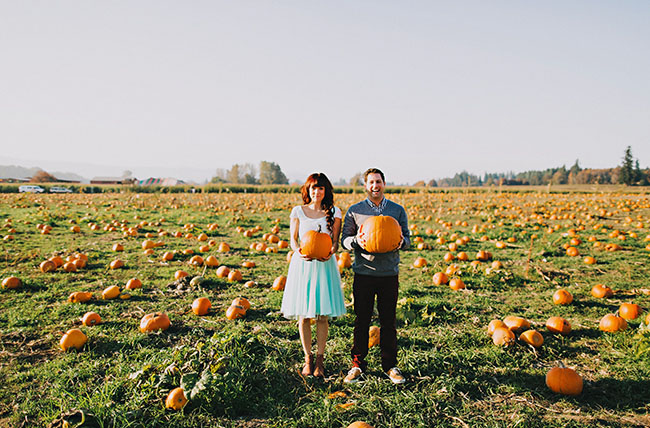 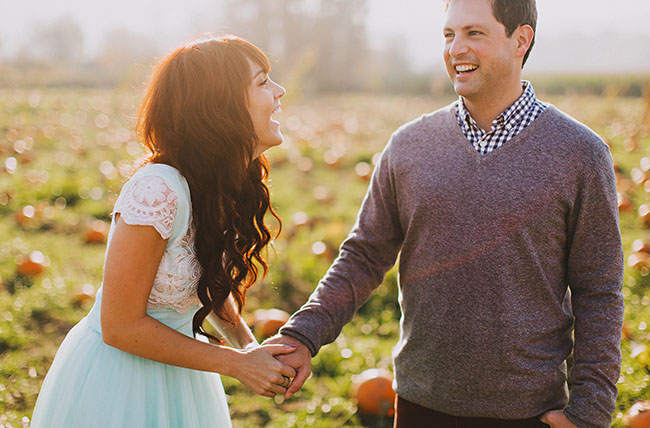 Seriously, this shoot is just way too cute! 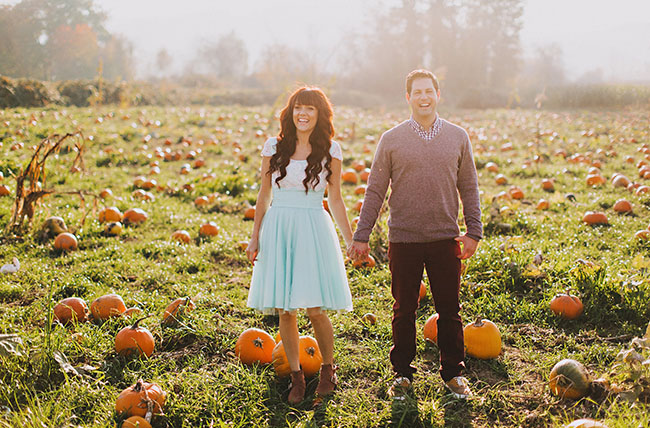 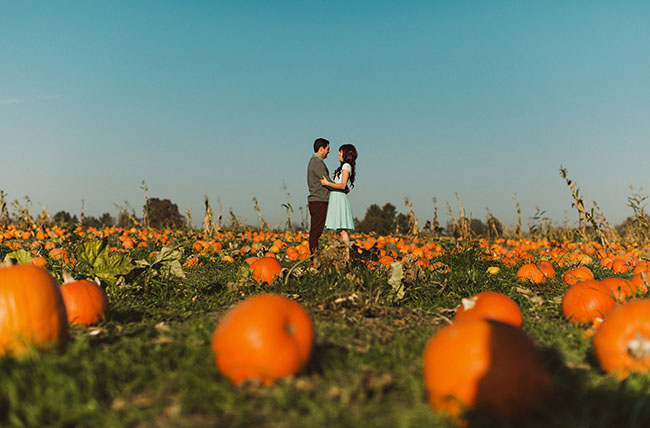 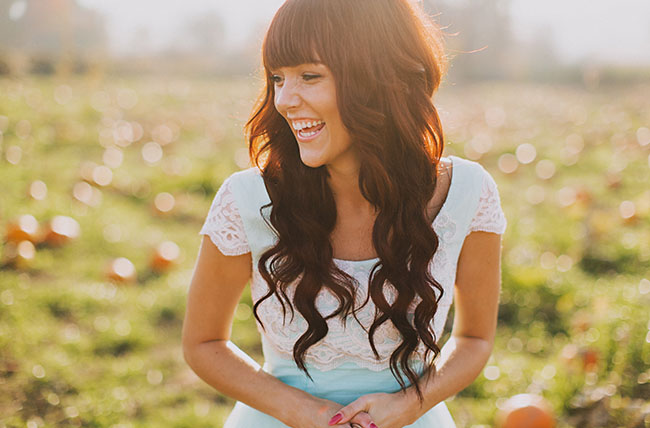 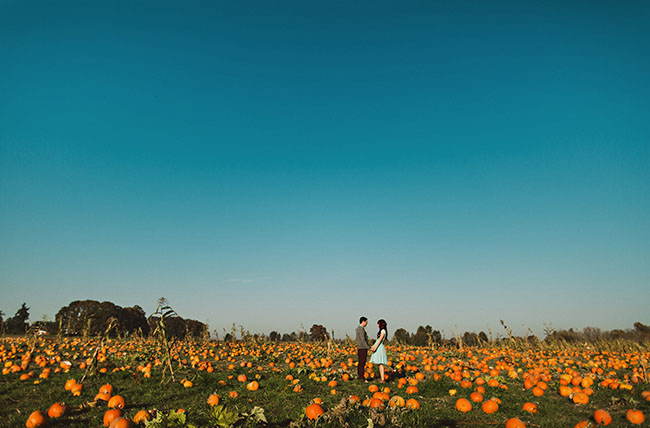 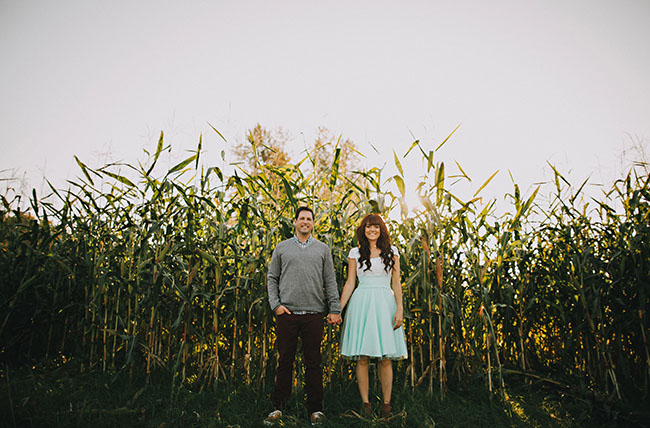 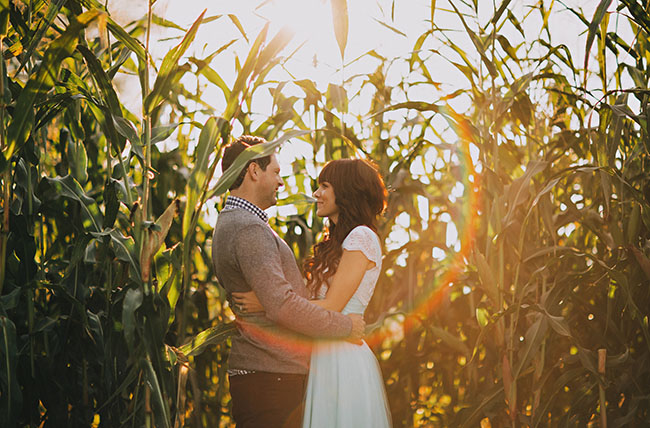 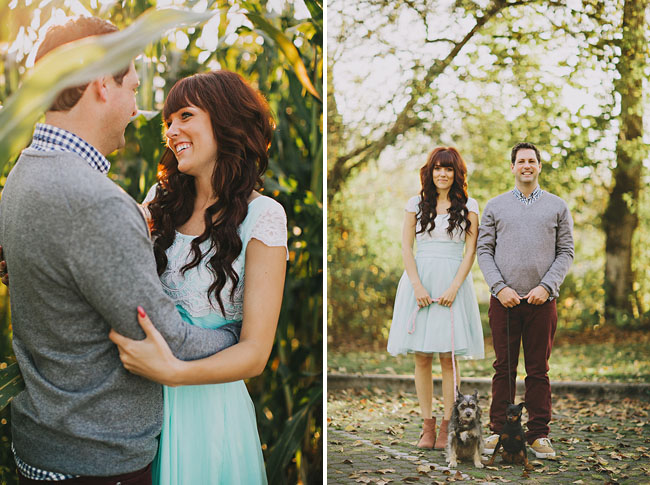 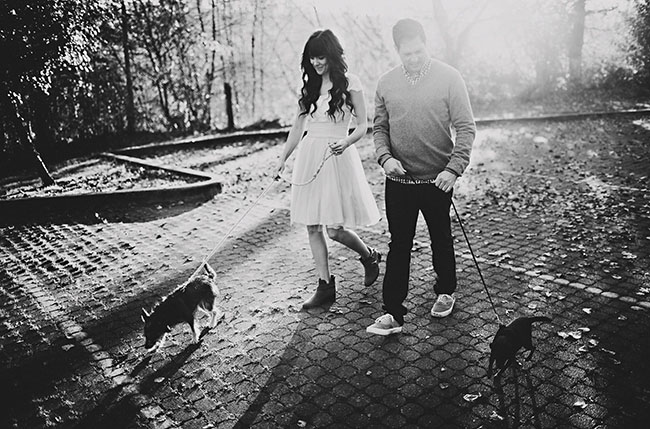 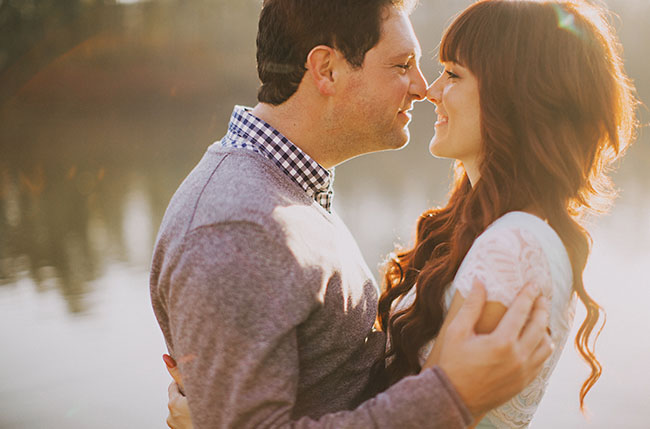 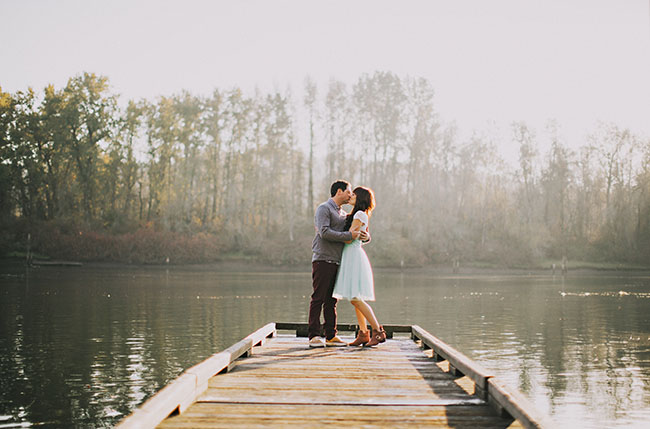 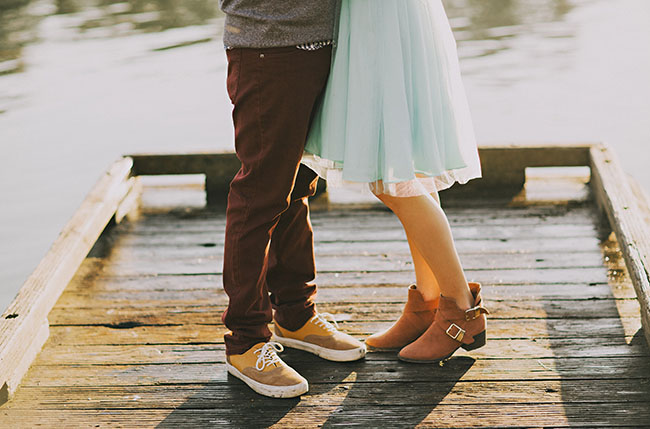 What a pretty shot… 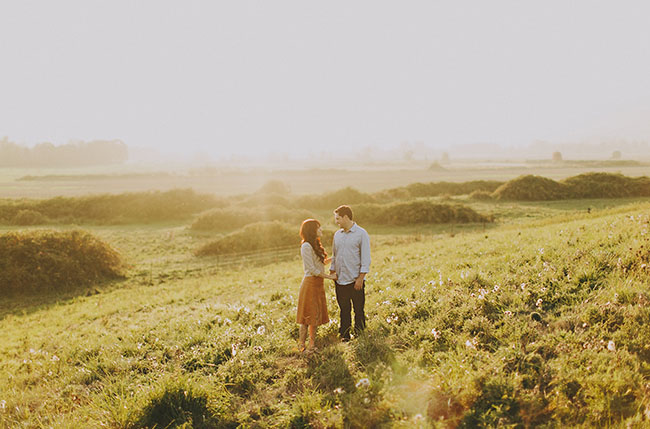 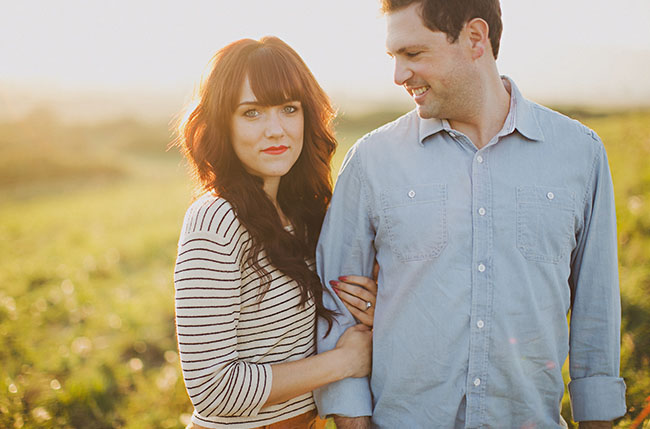 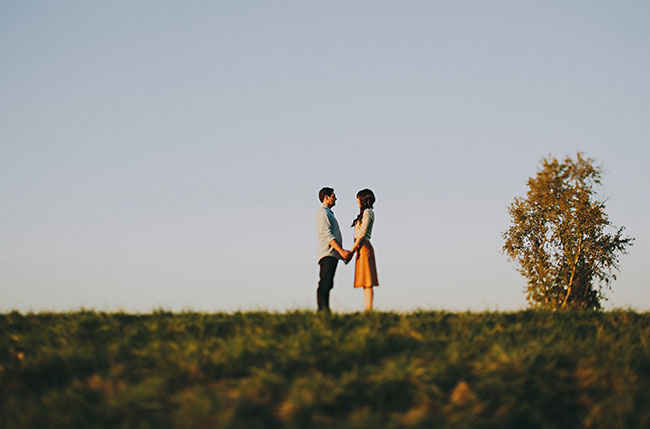 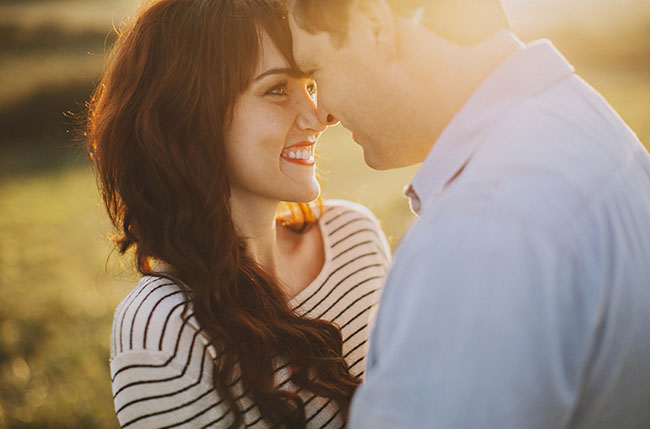 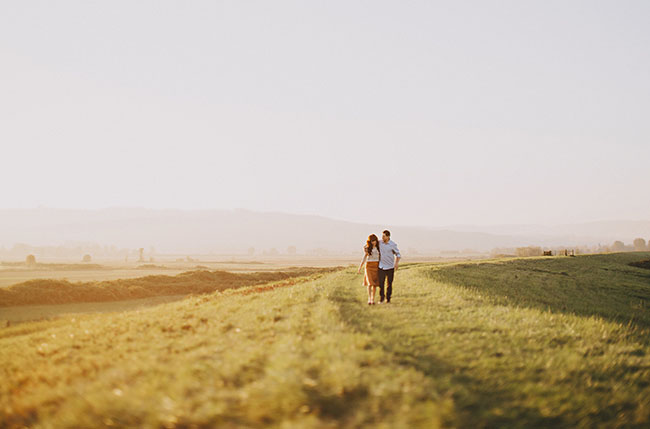 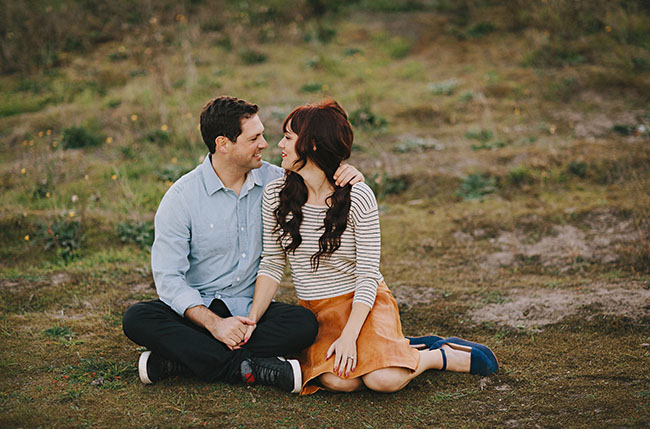 Morgan and I sparked a flirty friendship based on our mutual love of football at the 2009 Oregon vs. UCLA football game (he disagrees, but I know that I’ve since convinced him he is a Duck fan). After a few months of friendship, hours of Gchat and more emoticons than you’d care to know about, he finally won my heart, Valentine’s Day of 2010, with the sweetest homemade card and a $10 gift certificate to McDonalds (which, I am embarrassed to say, I used to frequent at age 22).

Two beach cottages, a move to Portland, OR, two dogs (Frankie & Eleanor) and 876 movies later, he asked me to marry him on a Sunday in August.

We had plans to float the river with my parents. My Mom had the ring packed in layers of waterproof lunch boxes like a Matryoshka doll. Half way through the float my Dad suggested we pull our tubes over to the side of the river. That’s where Morgan got down on one knee and asked me to be his wife. Neither of us remember what he said, but I do remember scrambling to get my butt out of the tube to hug him and him promptly yelling at me to look at the ring!

Big congrats, you guys! And best wishes from Team GWS!