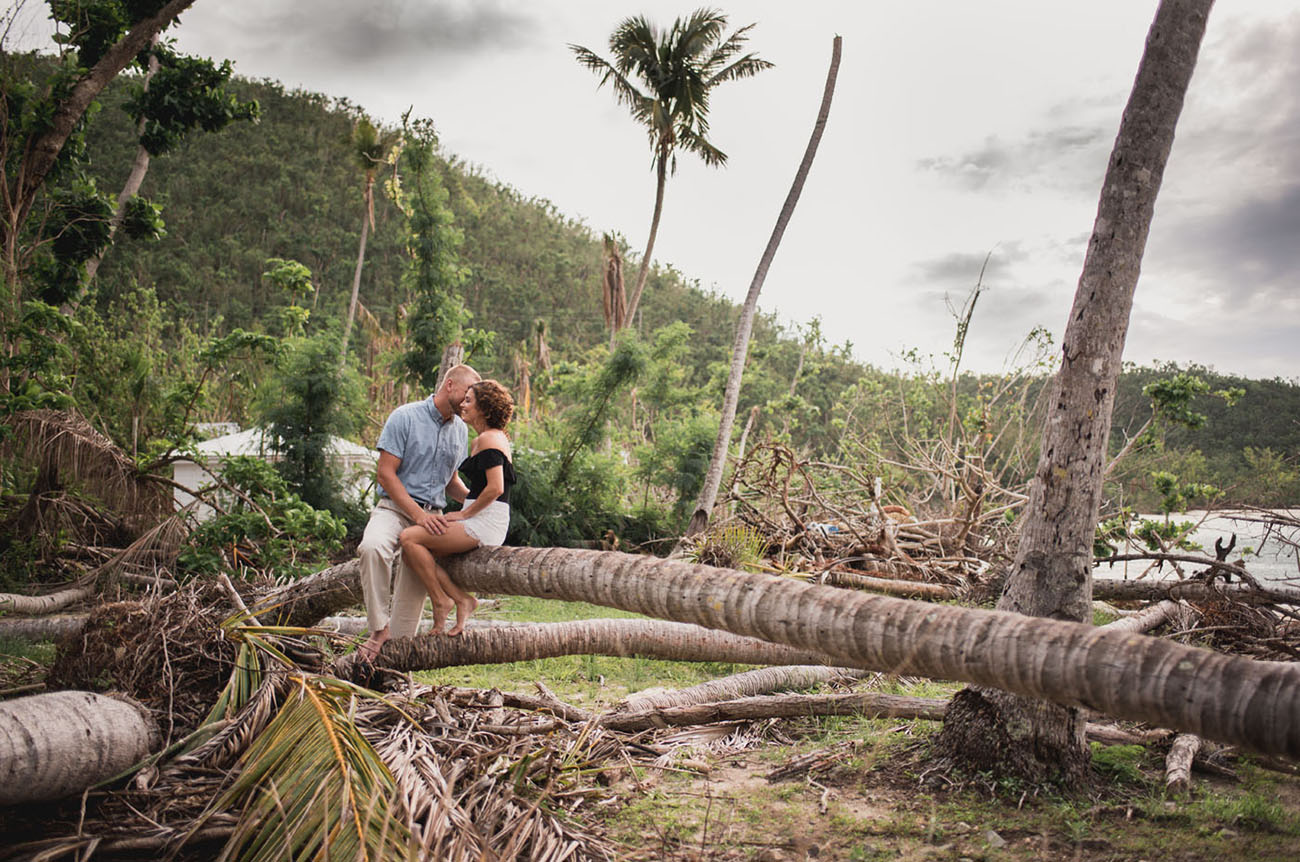 On this special Giving Tuesday, if there’s one thing we know it’s that love can weather the storm.

Hurricane Irma left a trail of destruction in its path only a few months ago, particularly in the northeastern Caribbean and Florida Keys. As photos emerged from the catastrophic damage, our hearts broke for those who lost their homes and loved ones. For Marty + Lauren, the island of St. John is especially significant; Marty worked as a boat captain and Lauren worked in the restaurant industry when they met on the island 6 years ago.

“Our whole love story is because of St. John,” said Lauren. “I heard that he had a little crush on me and he eventually asked me to go boating one day. That was pretty much it. We’ve been together ever since.”

When Irma hit St. John, Lauren was visiting her family in Boston and Marty was still on the island. They had no idea of the storm’s impending severity as Lauren faced the possibility of losing her fiancé. For 55 days, the island of St. John had no power. Many residents were displaced. Homes destroyed and jobs eradicated, they were forced to move back to the mainland USA and seek help from family and friends to build a new life.

Marty was first to come up with the idea of having his and Lauren’s love captured amongst the wreckage, signifying what they could survive together. Marty and Anne Bequette, the photographer behind STJ Creative Photography, rode out the storm together, so it seemed only fitting to trust Anne with capturing their powerful moment.

Through these photos, Anne wanted to show that beauty still exists on the island and give hope to those who are helping rebuild her home and a paradise for so many. Stepping through broken glass and caution tape, climbing on uprooted trees, and sitting atop debris, Anne photographed love in the ruins—an engagement shoot for Marty + Lauren. 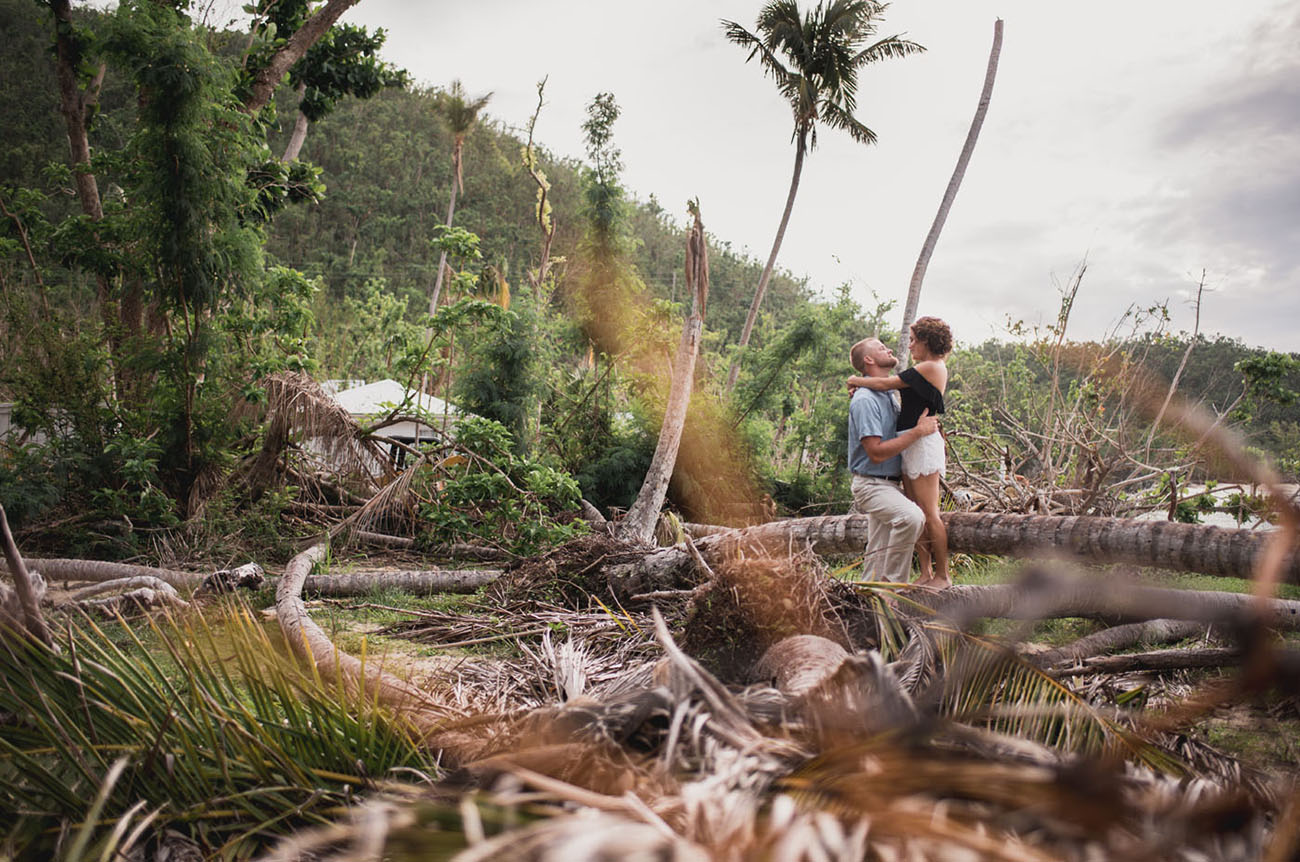 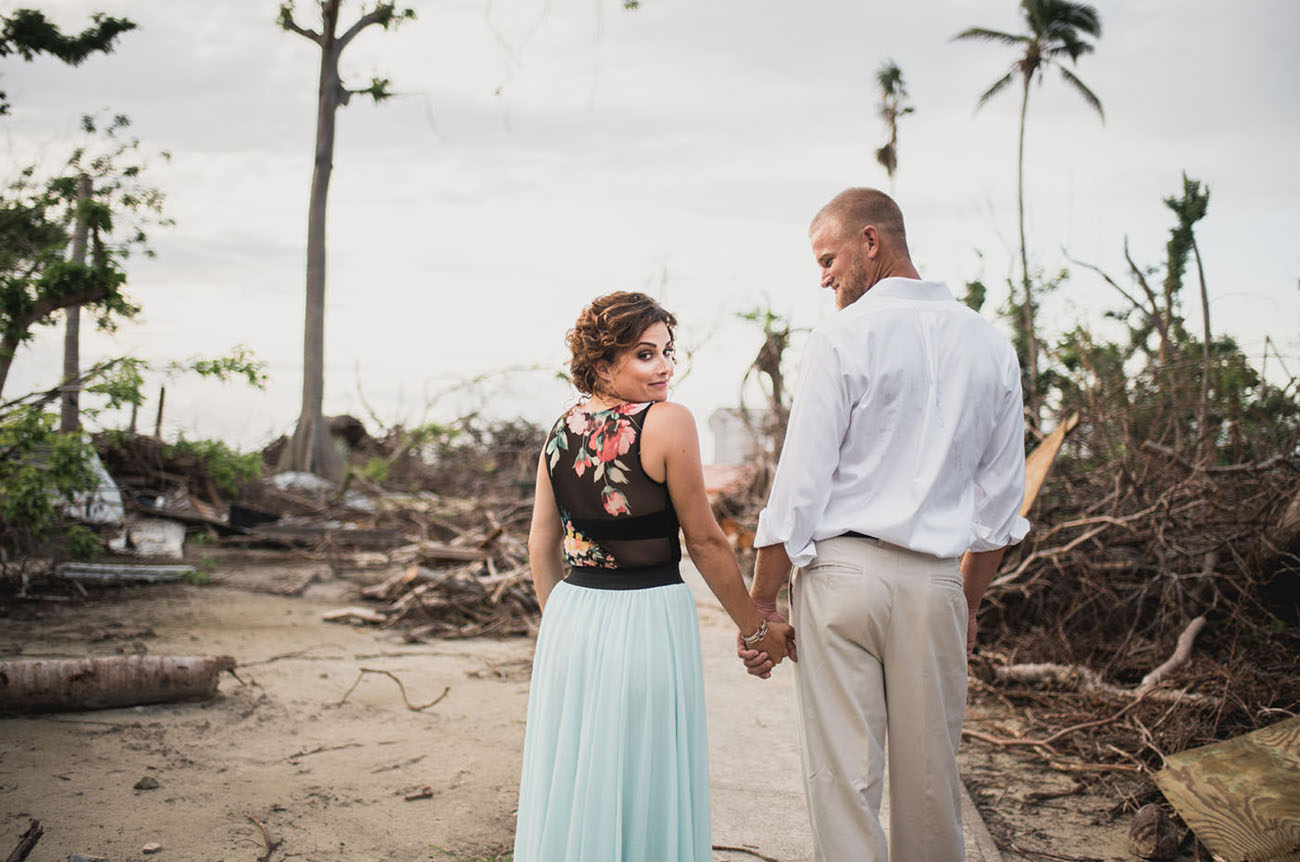 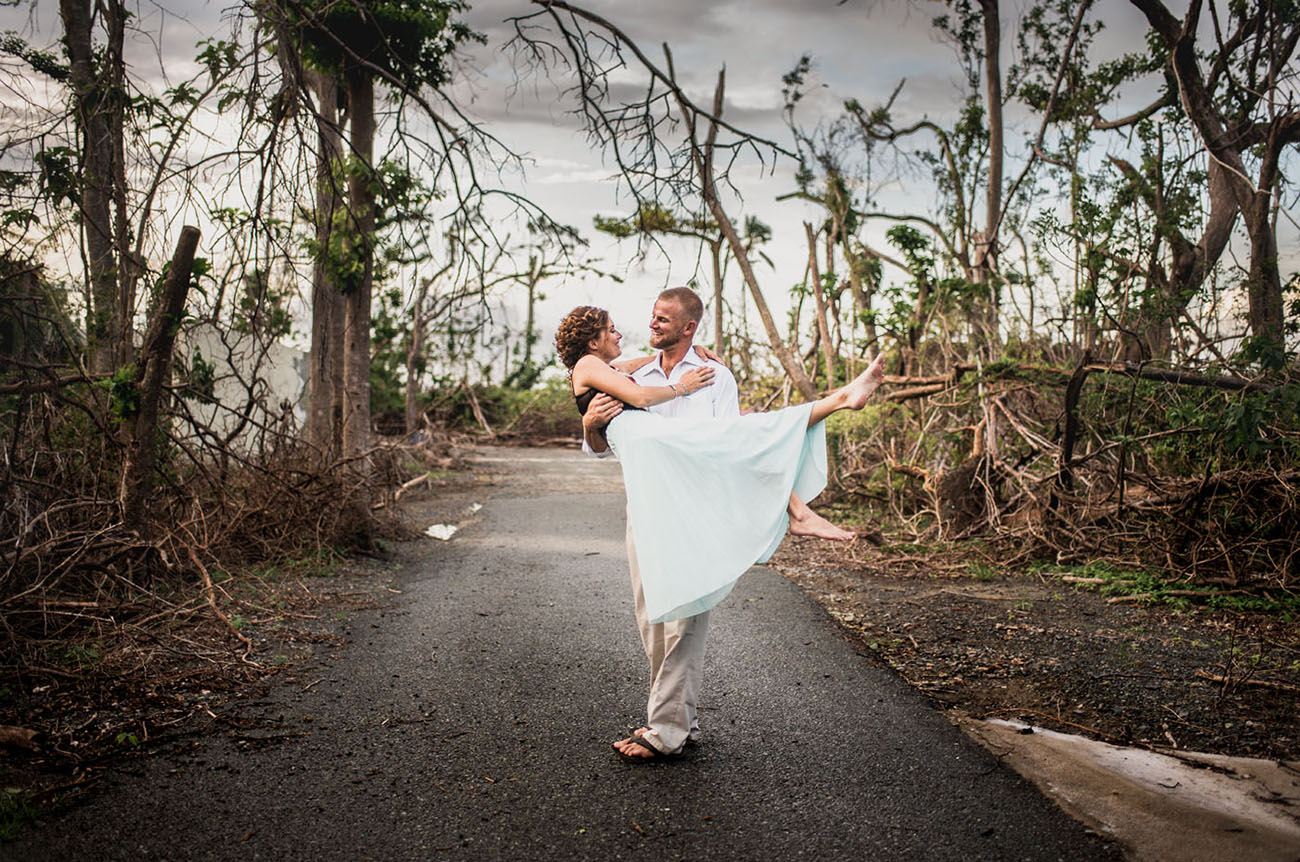 Aren’t they just beautiful? Such a breathtaking moment. 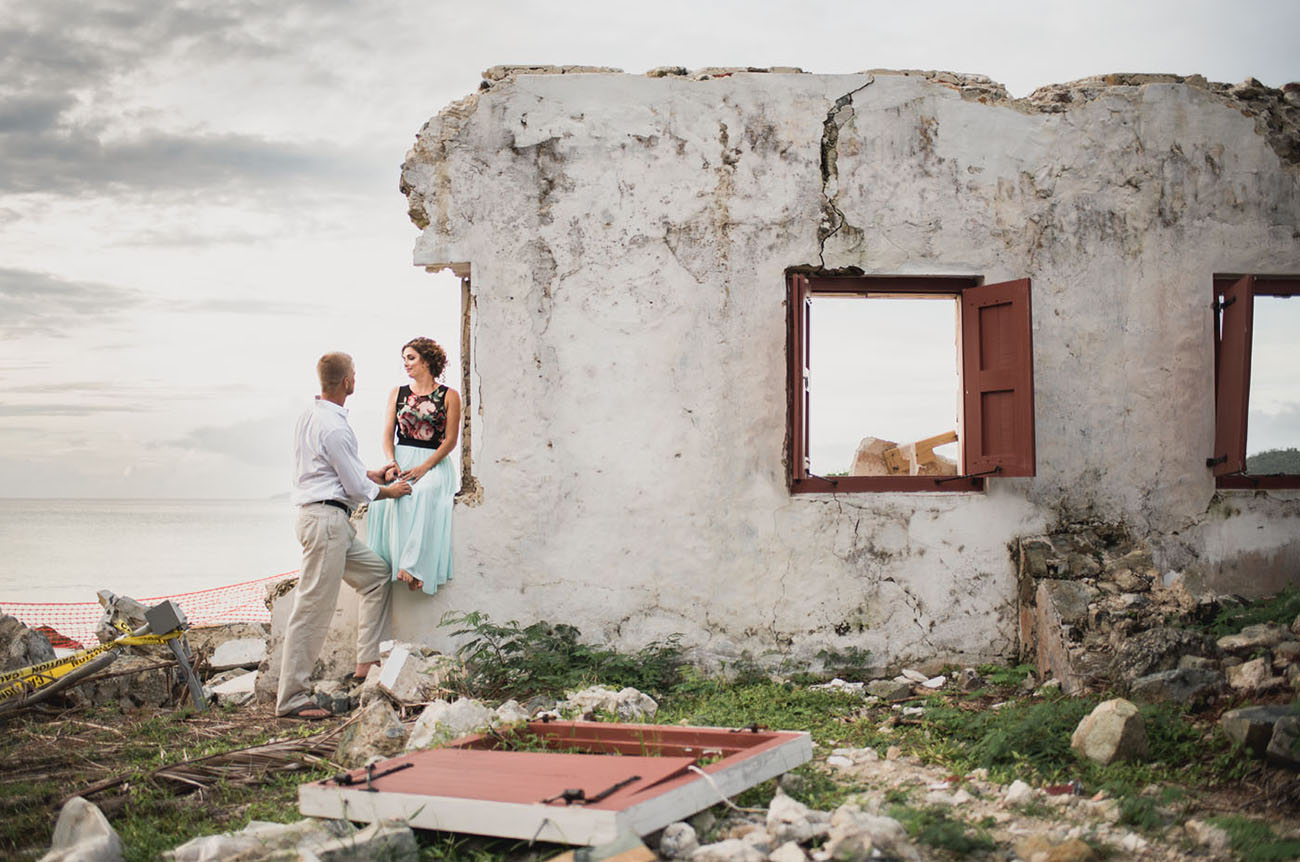 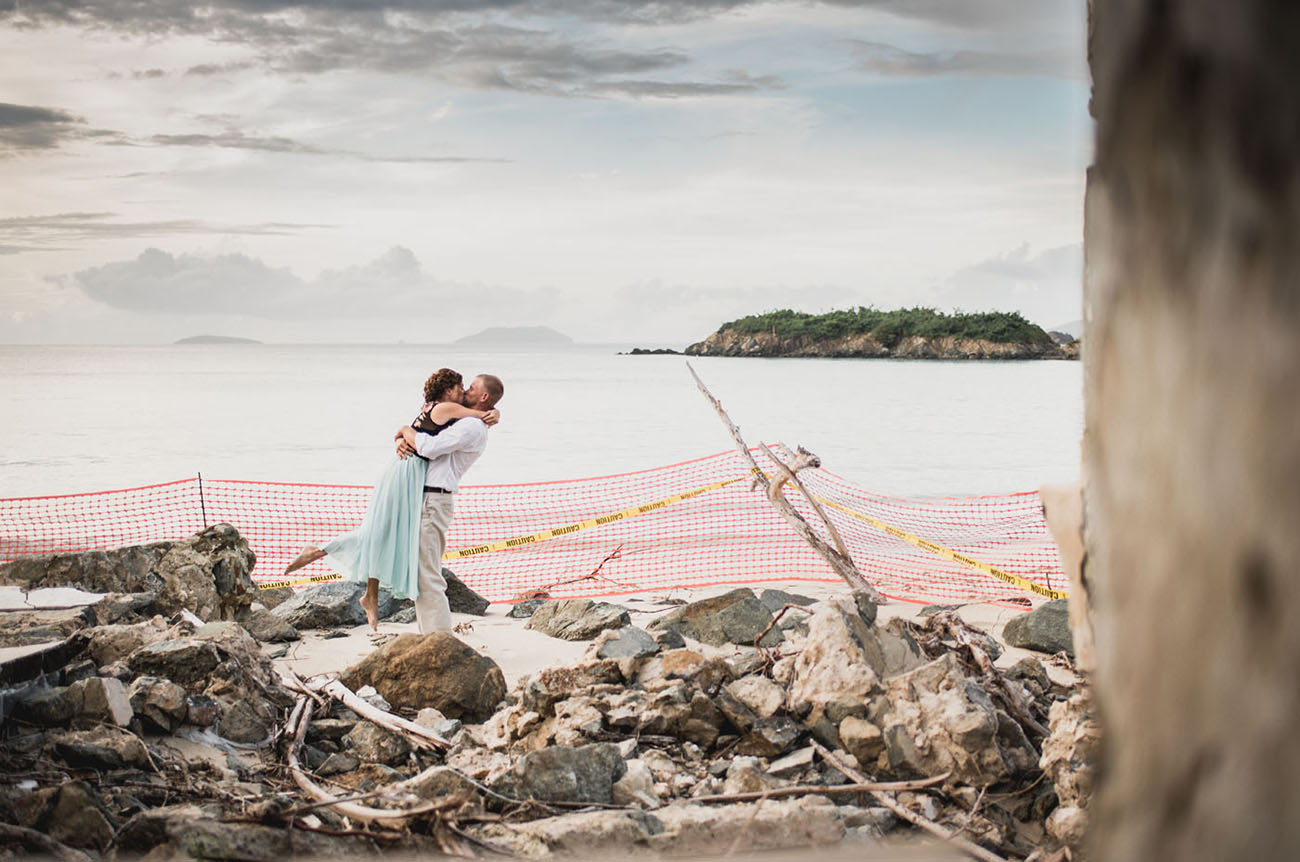 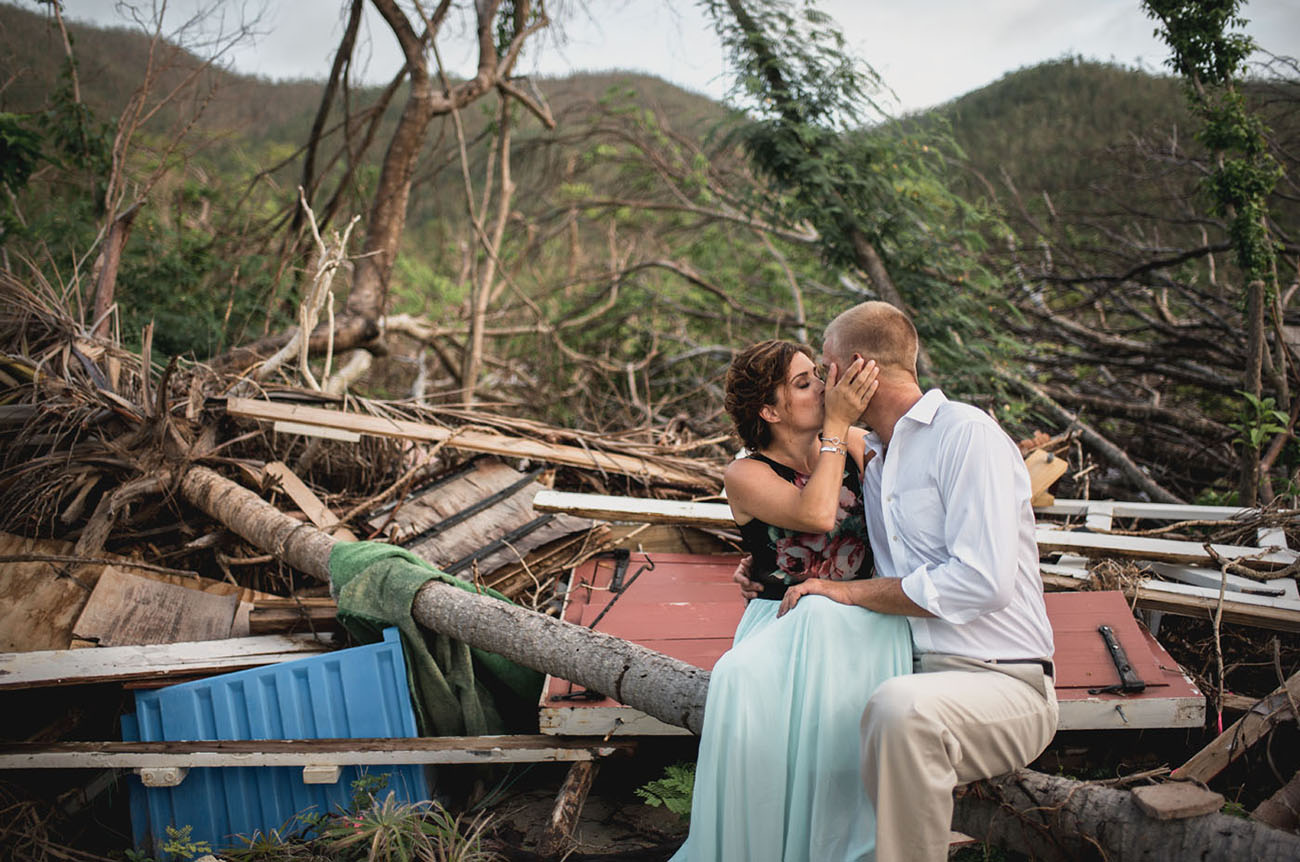 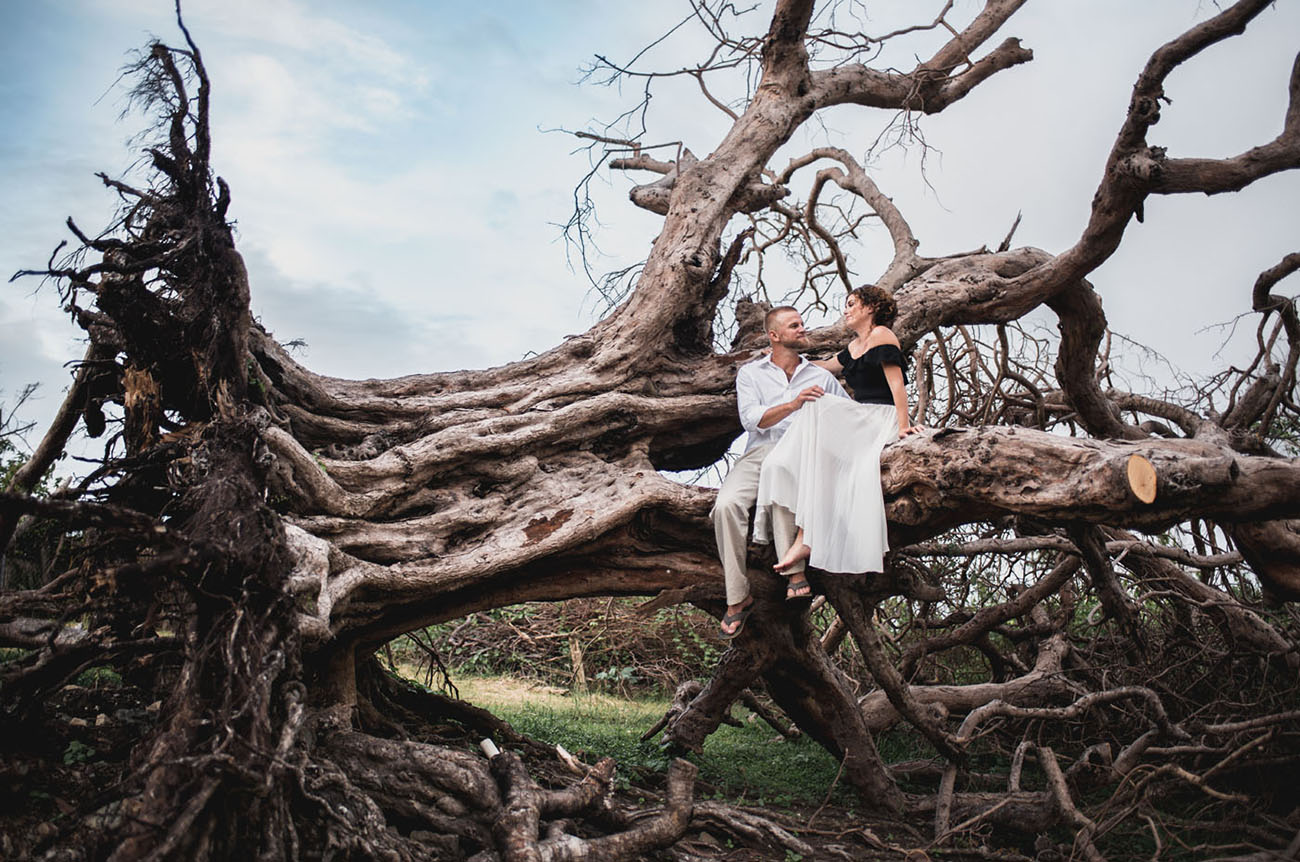 WOW. Powerful and SO beautiful! 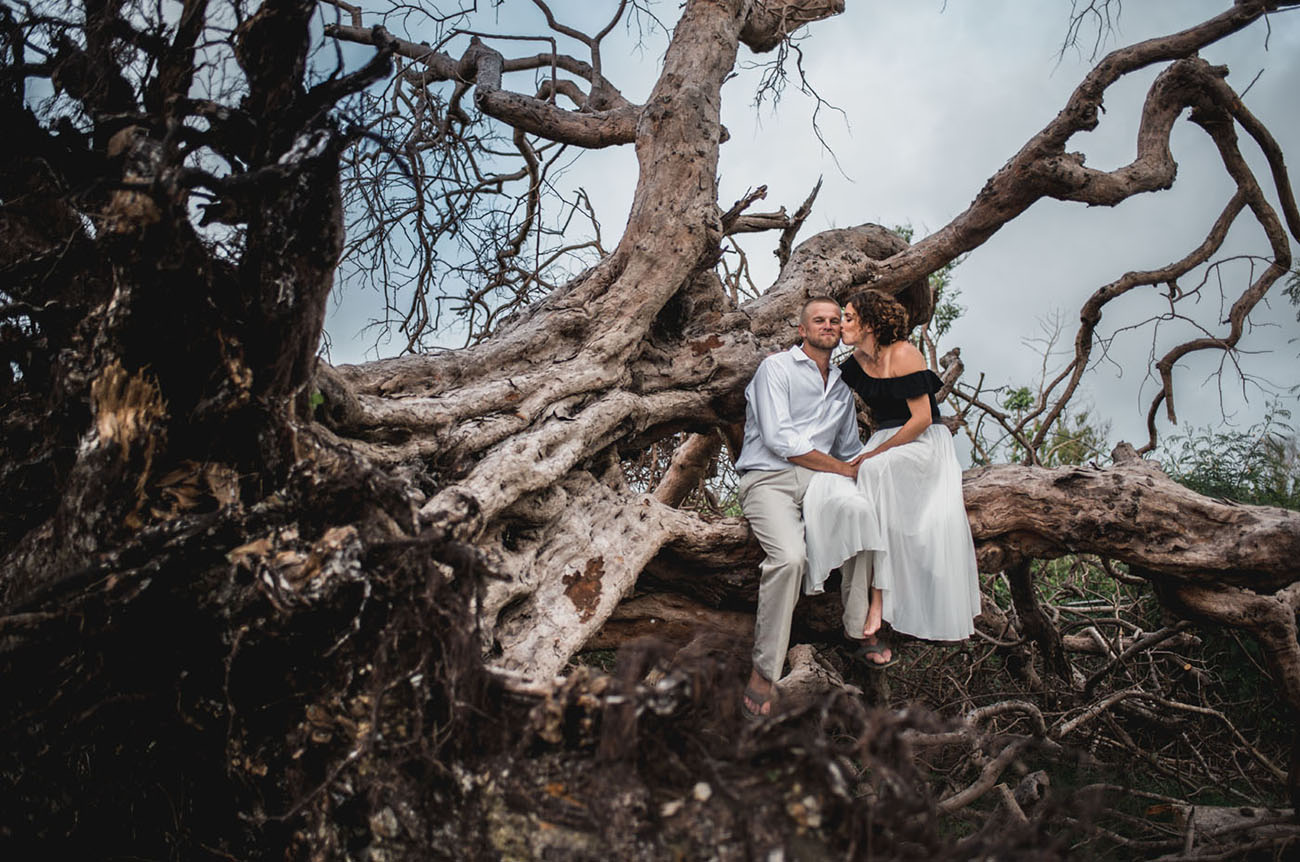 Marty and Lauren planned to marry in May 2018 at Gallows Point Resort on St. John. They postponed the ceremony due to the island’s fragile stage, but we’re inspired and encouraged by this couple’s resilient spirit.

The Virgin Islands are still struggling in the aftermath of Irma and so we’d love to encourage you, our GWS readers, to send your Giving Tuesday donations to the American Red Cross disaster relief.

“For many people who were affected by Hurricane Irma, it is going to be a long recovery…look out for each other and be kind to those you come across. They may have suffered tremendous loss and your smile, kind words or shoulder to cry on may be exactly what they need to begin their recovery.”

Give now to help provide short-term housing solutions and recovery plans for those affected by Hurricane Irma.