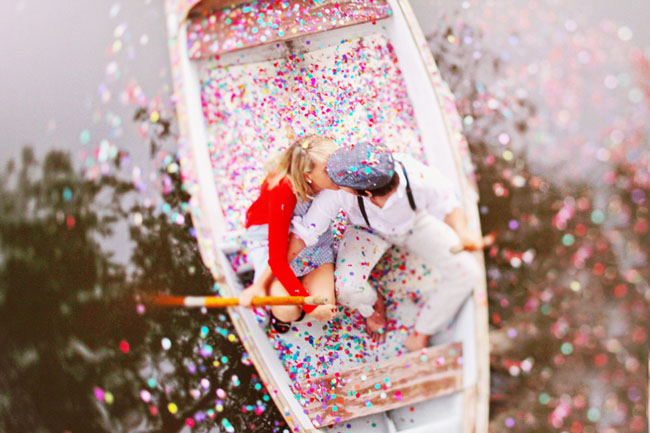 Ramani + David’s playful engagement photos, captured beautifully by Priscila Valentina, are pretty much guaranteed to bring a huge smile to your face. Calamigos Ranch proved to be the perfect backdrop for this fun-loving couple – they spent the afternoon meandering around the expansive property, riding a giant, colorful ferris wheel and sharing a confetti filled jaunt in a sweet row boat! Props to Priscila and team for making sure this was an environmentally friendly shoot, the confetti is biodegradable + the team performed cleanup to remove it from the water as soon as the shoot was done.

I love when couples really let their personalities shine in their engagement photos! :) And you definitely won’t want to miss their sweet proposal story (David proposed in Hawaii!) at the very end of the post… 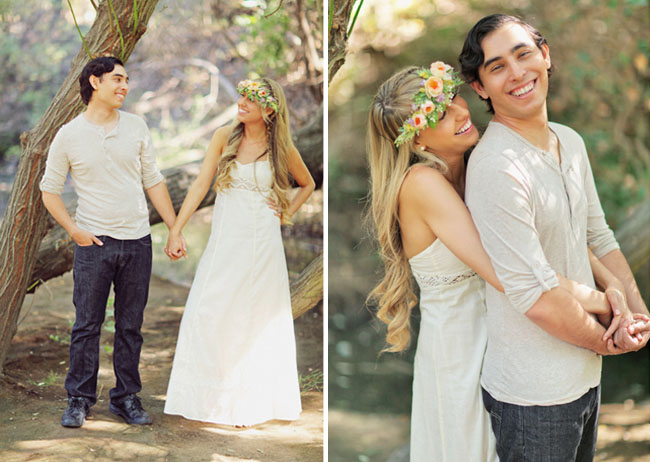 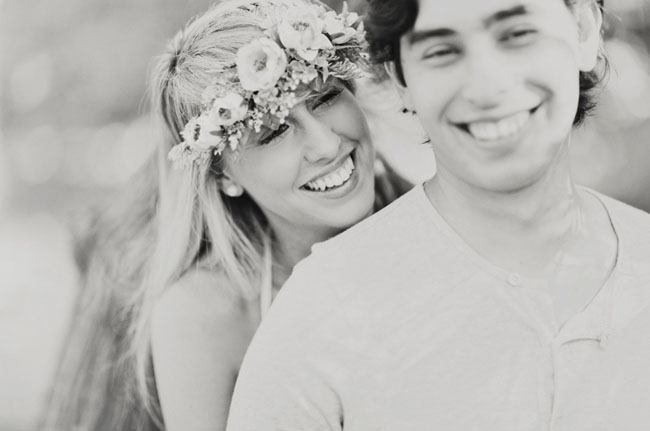 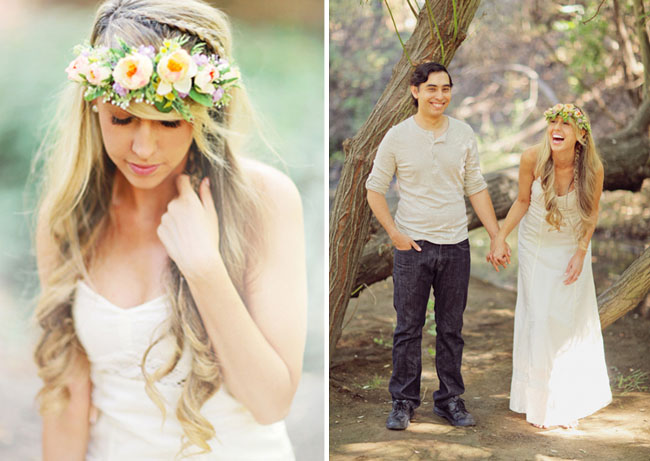 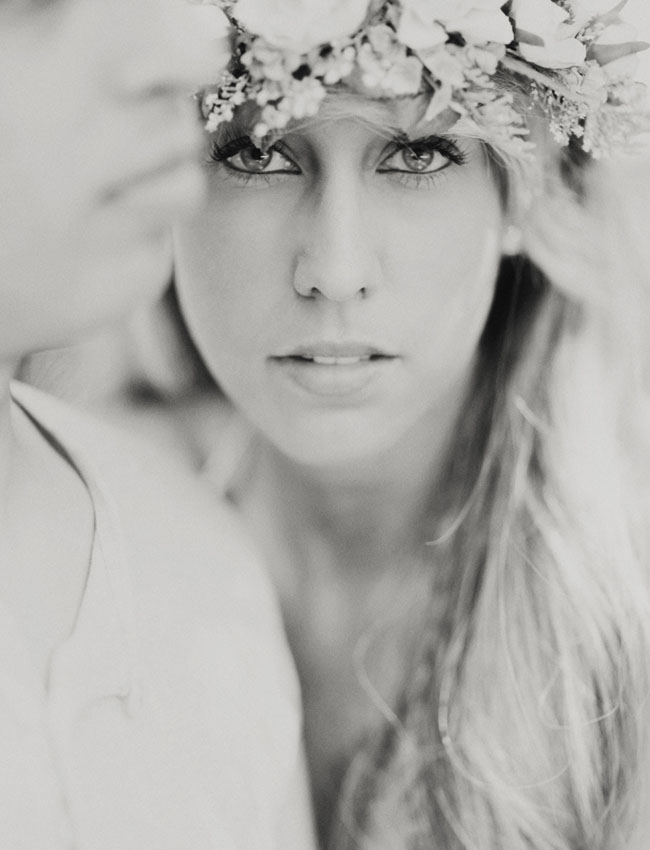 Love that Ramani chose boho braids + loose curls, topped with a pretty flower crown, for one of her two looks for the day! 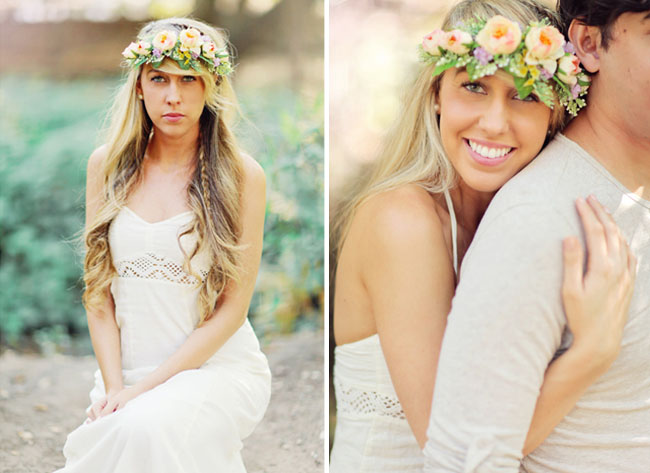 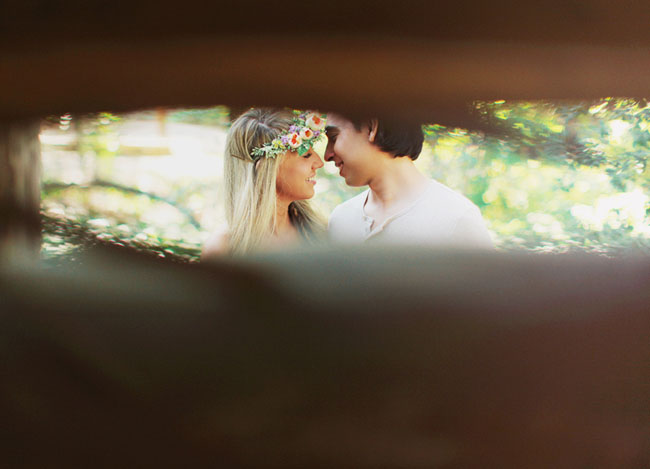 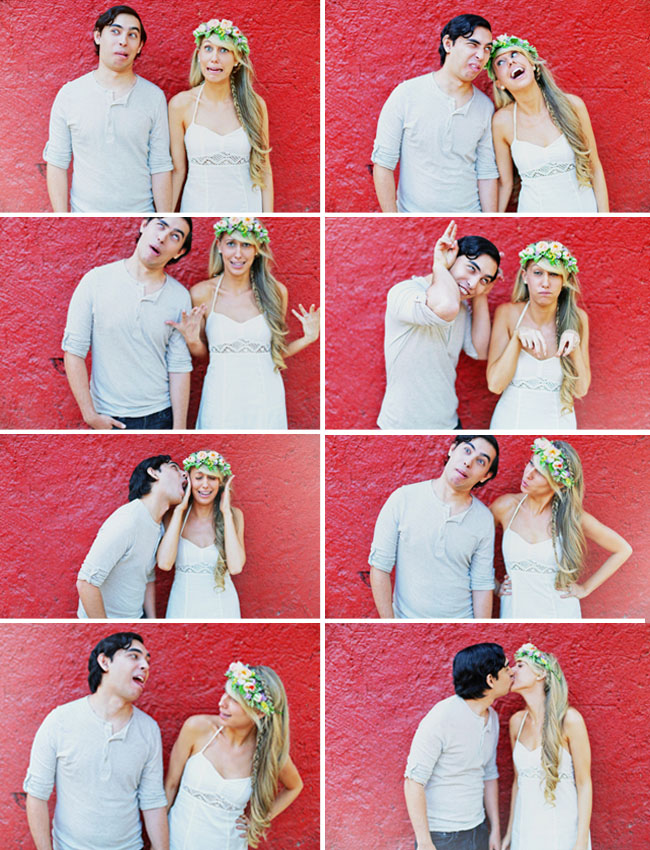 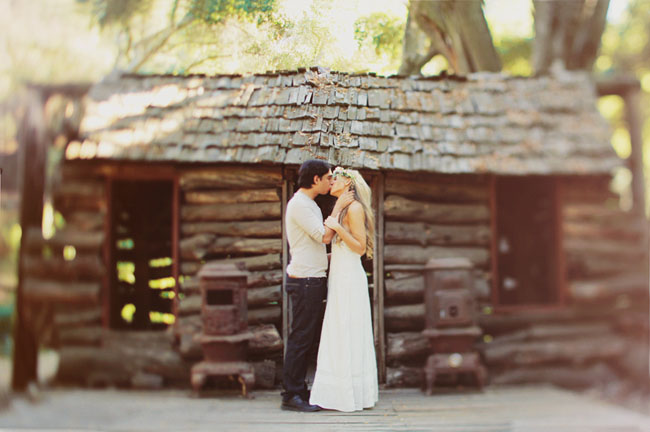 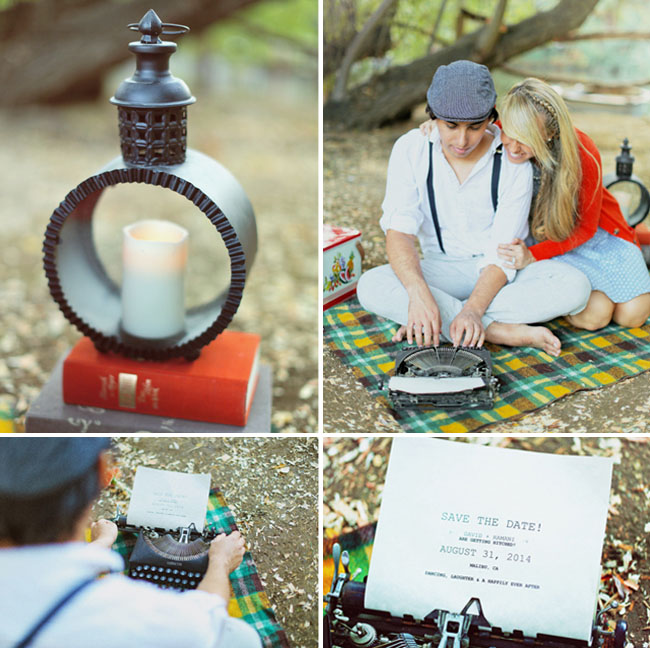 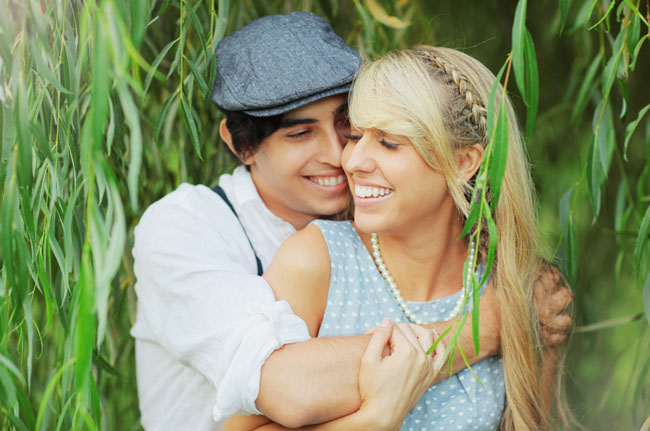 Calamigos Ranch is so, so gorgeous! There are so many fun, varied backdrops…perfect for couples who want lots of different looks for their engagement or wedding photos. 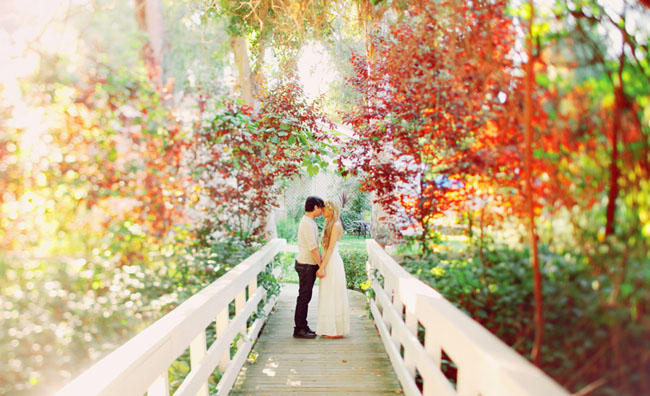 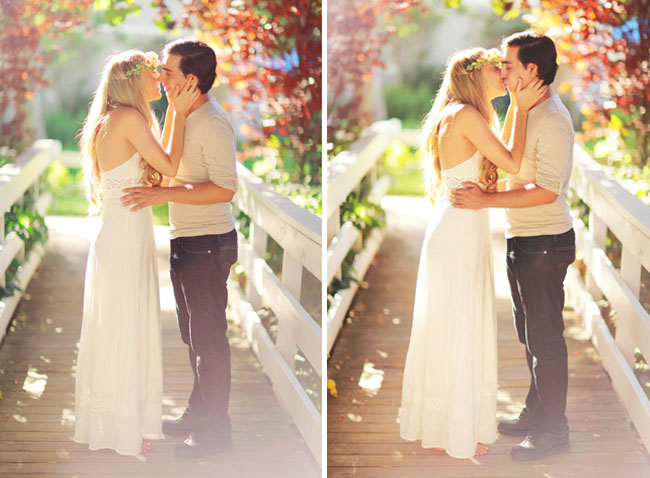 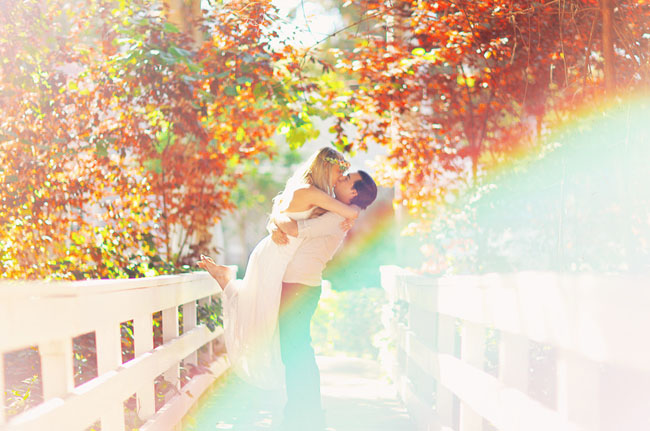 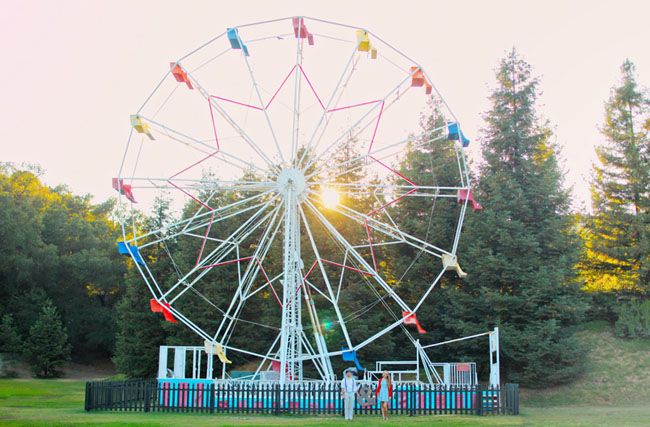 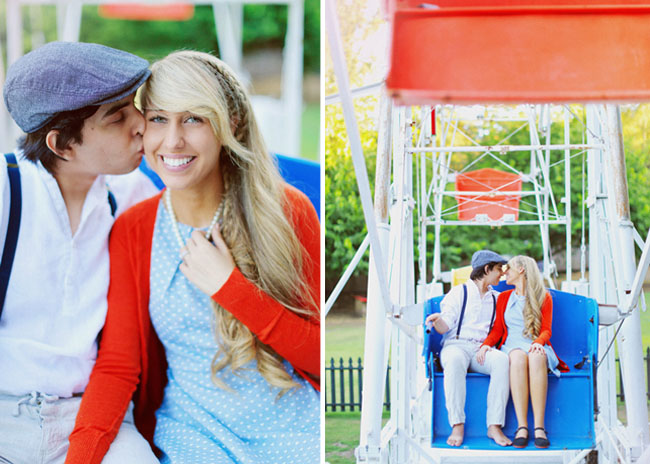 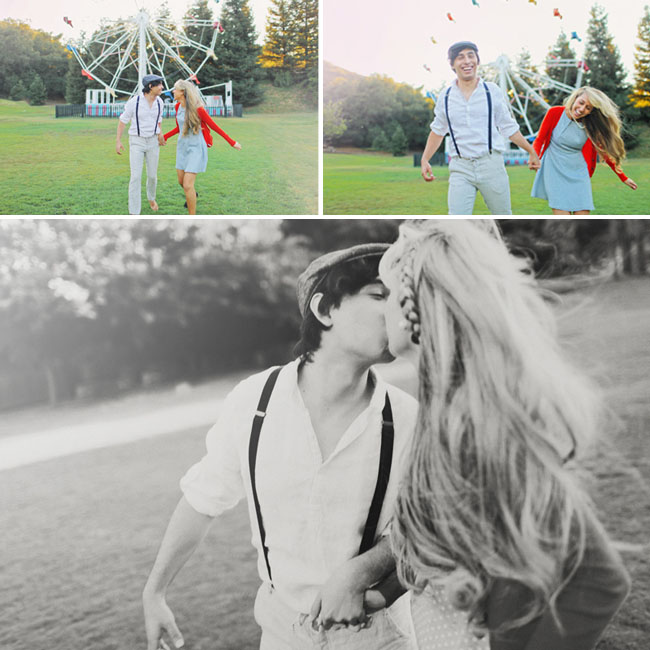 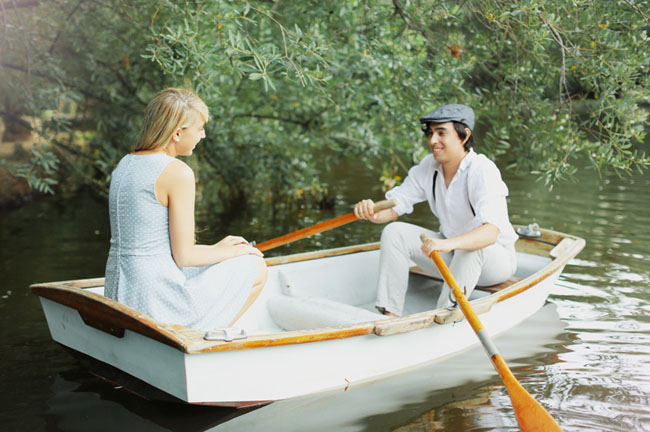 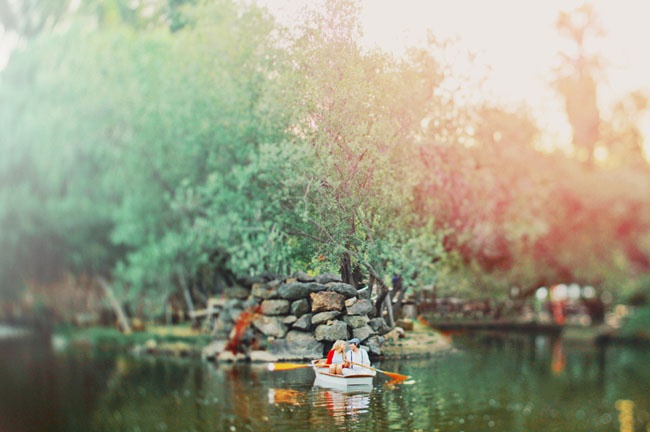 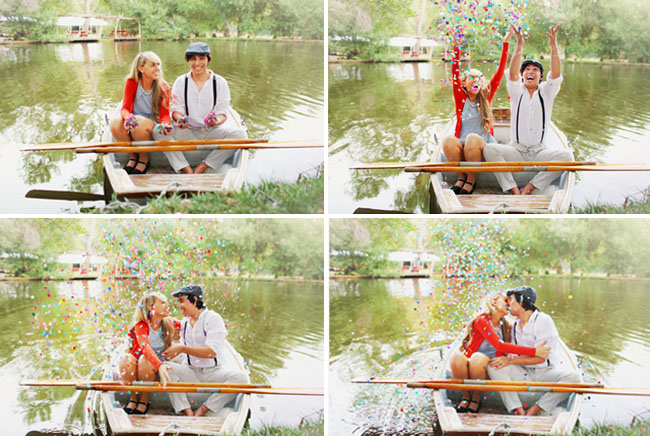 The cutest, right?! And here’s their super sweet engagement story, as told by Ramani:

One night, David told me to look at the calender in my phone. 2 weeks in October had been blocked out with the words “VACATION”. He wouldn’t tell me where we were going but under the same dates, the description read “ROAD TRIP”. But it was all a trick! He drove us to a giant cruise ship! He wouldn’t even tell me where we were going until we were on the ship. Finally, he showed me the itinerary and I screamed and jumped for joy! We were going island hopping in Hawaii!

It was my first time in Hawaii and it was more beautiful than I could have ever imagined. We rented a Jeep and David told me to take the scenic route. “Every route’s a scenic route,” I said, “We’re in Hawaii!”. “No, turn around and go along the coast” he said. I was hesitant since we had to get back but he was so persistent! I made a U-Turn and headed along the coast. Then he told me to pull over, he thought I might want to take some pictures. So I pulled over and we walked to a breathtaking cliff over the coast of Hilo. I said out loud “this is the most beautiful thing I have ever seen.” “Not as beautiful as this!” I heard him say. I turned around and there he was, on one knee, with the prettiest diamond ring in the world!

Congratulations to Ramani + David + best wishes from GWS! Thanks again to Priscila Valentina for the lovely photos.