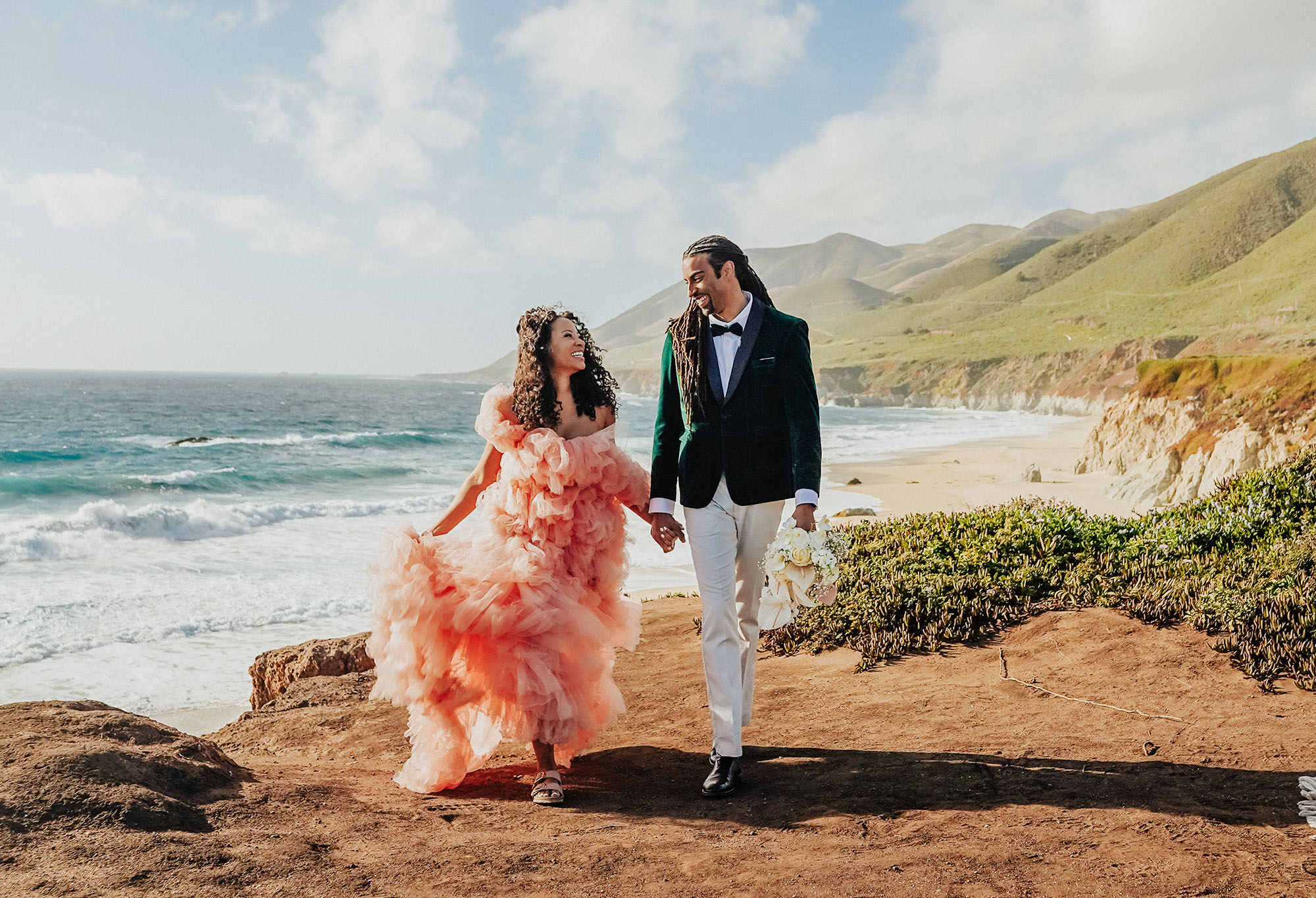 Talk about wedding dress goals! We’re just smitten over the ruffled-filled peach-hued beauty featured in this Big Sur elopement styled shoot. The way the gown catches in the coastal wind is absolutely breathtaking and is totally making our fashion hearts skip a beat! The best part? The bride switched into a similar tulle dress at the end of the day, but in a white, bridal color. (Insert *clapping hands* emoji here!).

While this styled shoot’s fashion game is seriously on another level, what really makes this inspo special are the models. They are actually a real life couple who are in the midst of planning their very own wedding day! Erica Benson of The SoCal Standard was the mastermind behind the design of the shoot and loved how Ashley and Rashad were not only already in love, but were making steps in their own wedding-planning journey. This allowed for the elopement inspo to have some real life chemistry and, of course, a ton of photo-worthy moments.

For more details about this unique couple and the swoon-worthy styled shoot they starred in, keep reading! 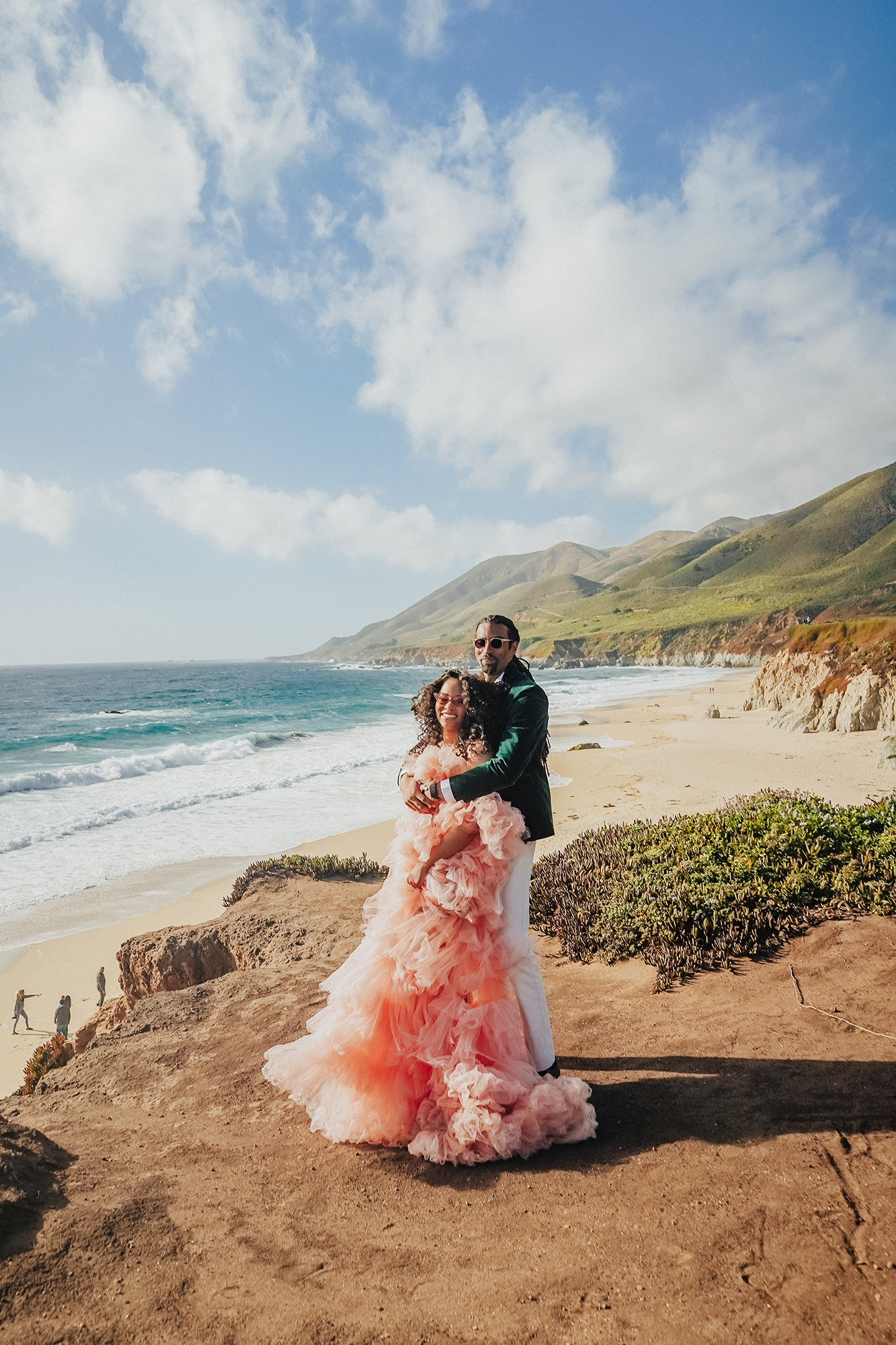 Ashley and Rashad met through Facebook back when they were in college living in Georgia. “I remember thinking who is this young kid,” says Ashley, after she received a Facebook message from Rashad. At the time she was a sophomore at the all-girls liberal arts college, Spelman and Rashad was an incoming freshman at the men’s school nearby, Morehouse. “We were both from California, so I added him but never responded to his message,” says Ashley. 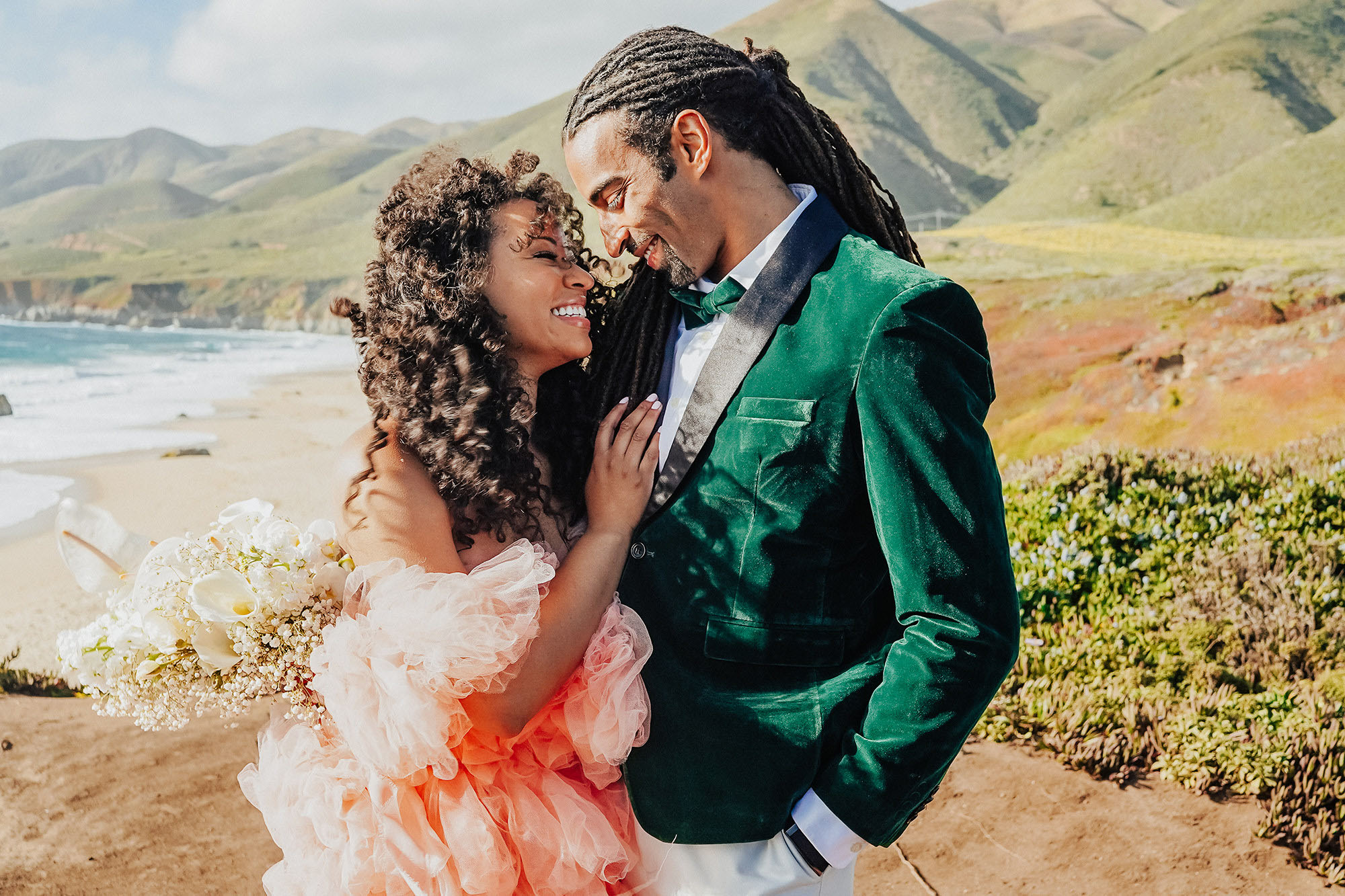 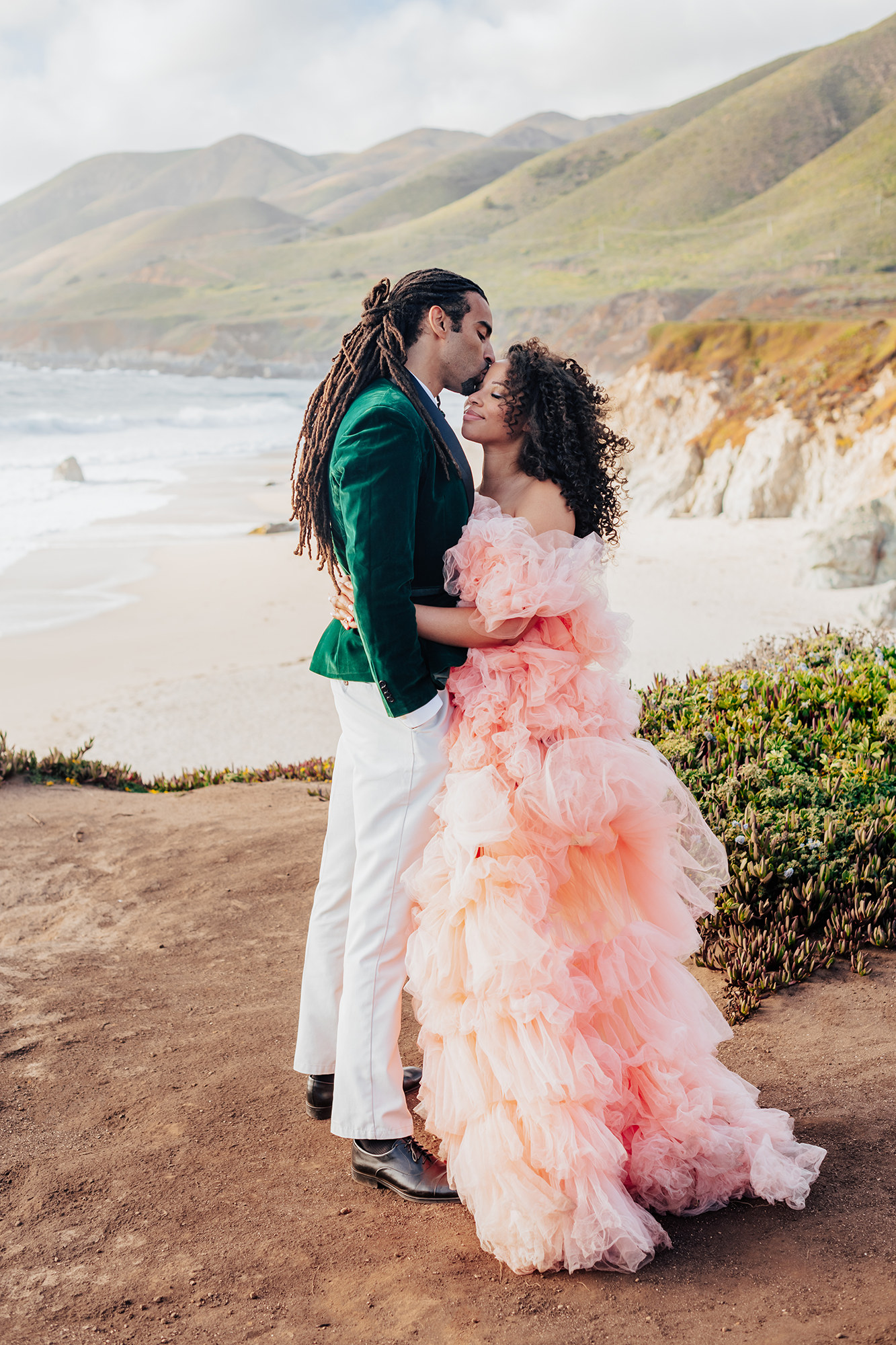 Flash forward three years later and the pair bump into one another at a party. Ashley recognized him immediately, but was stuck talking to someone else the majority of the night. However, her luck played out because after the party she went to stay at her good friends house not knowing that Rashad’s best friend lived in the same apartment building directly above them. “When I woke up in the morning I had a business card with a note from Rashad on it,” says Ashley. Adding, “He also send me a follow up on facebook! He wanted to make sure I got his note and apologize for the corniness.” And it’s safe to say after that, well, the rest is history. 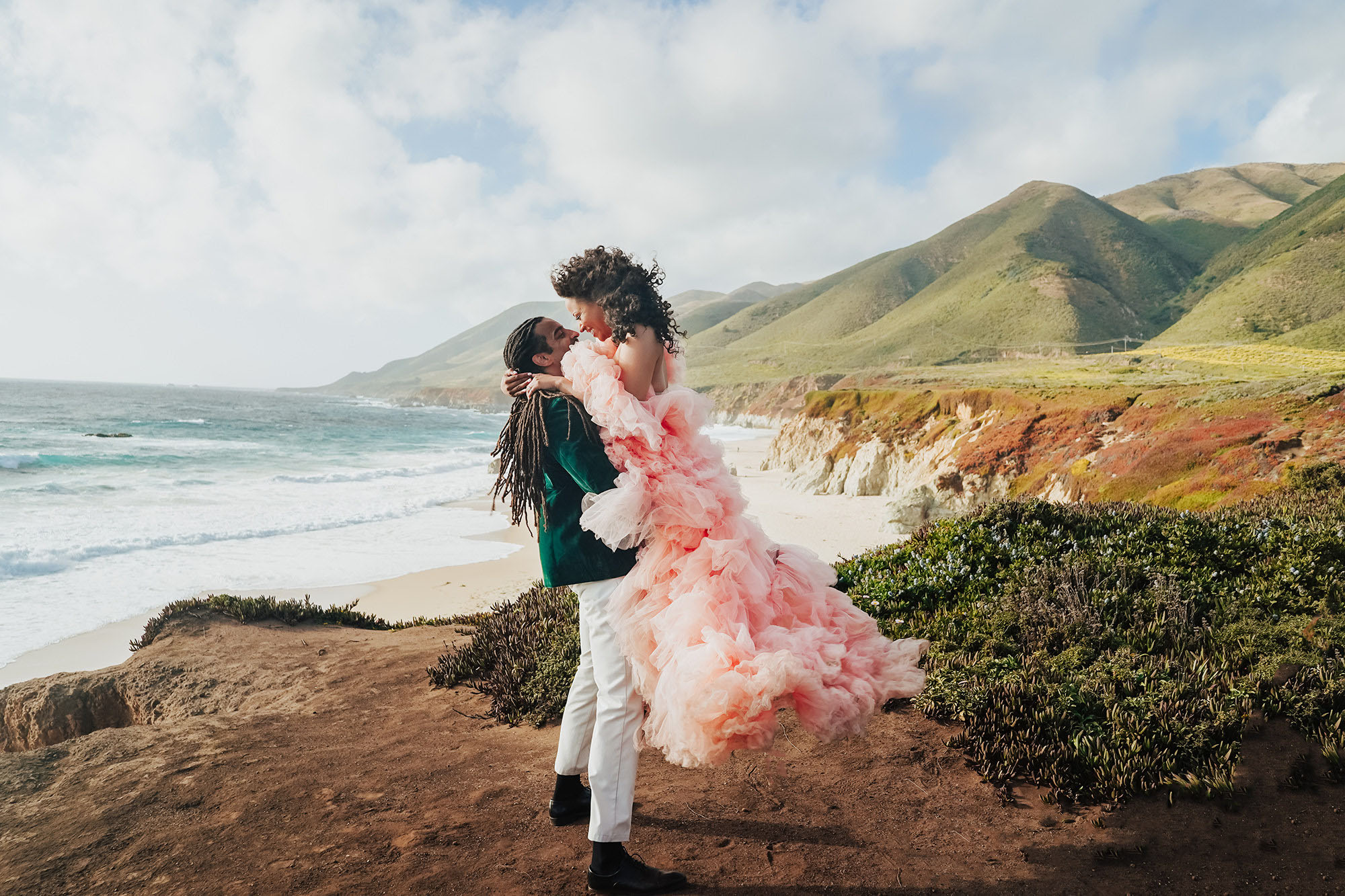 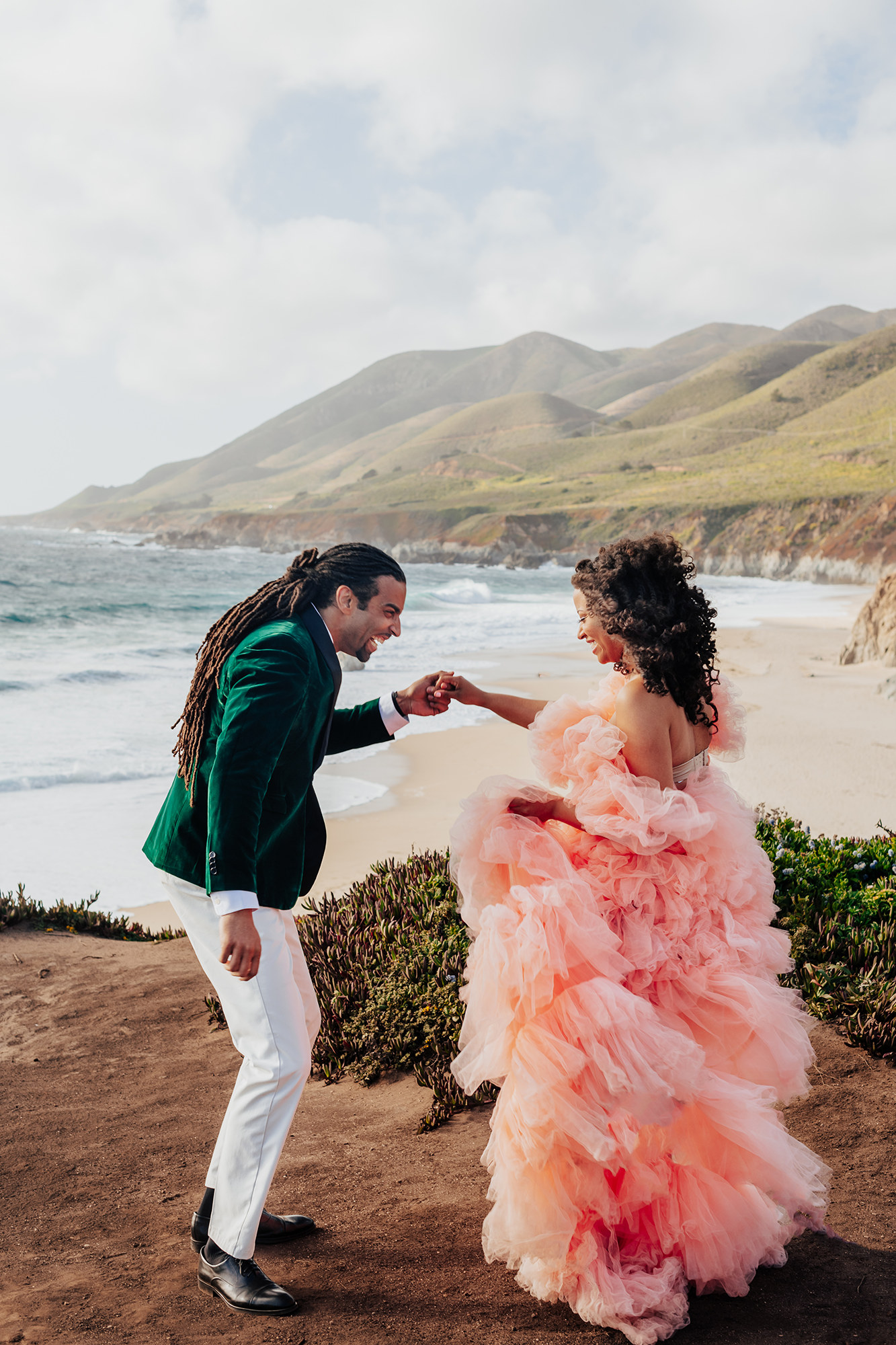 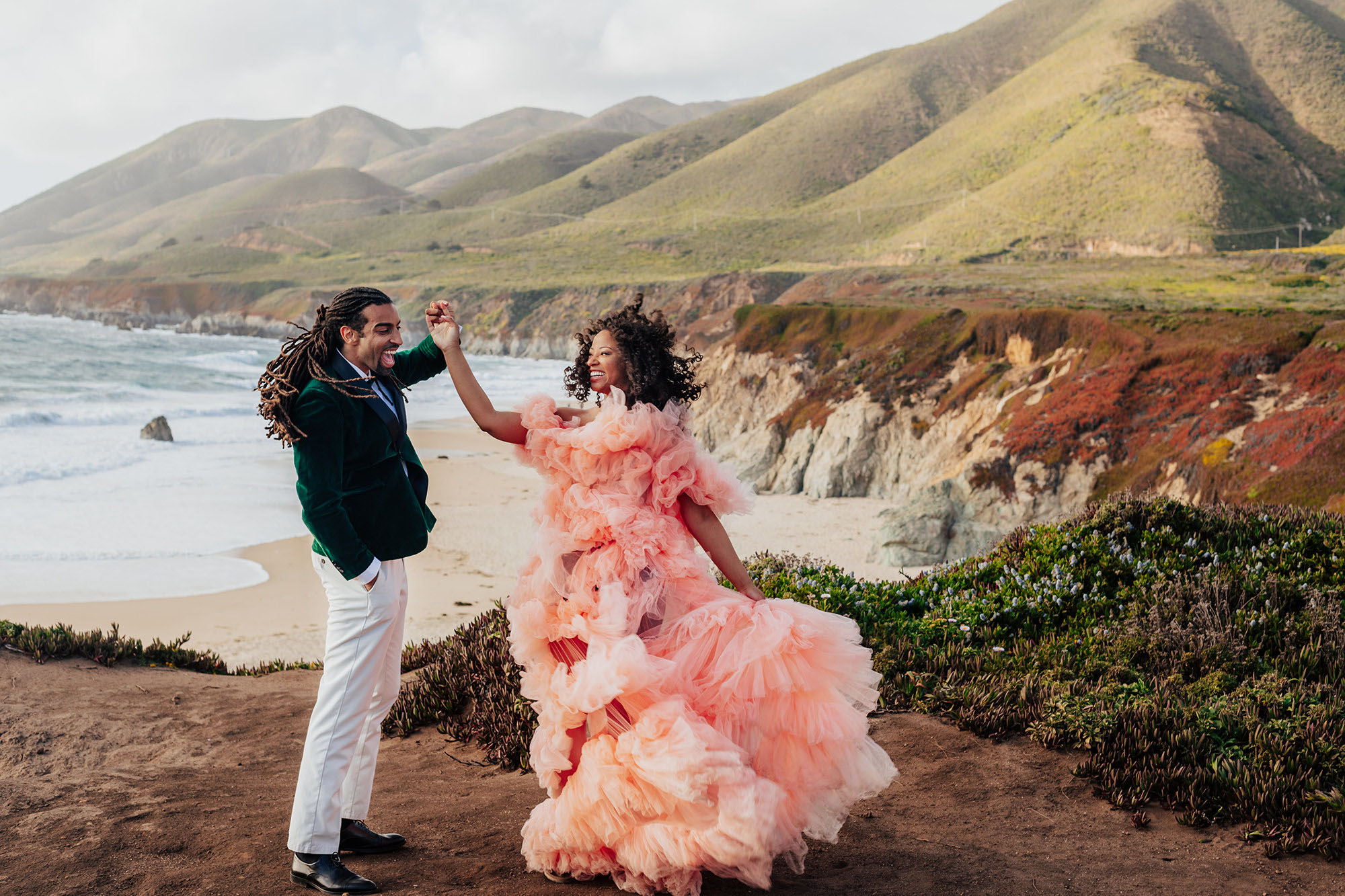 More Details About The Show-Stopping Fashion 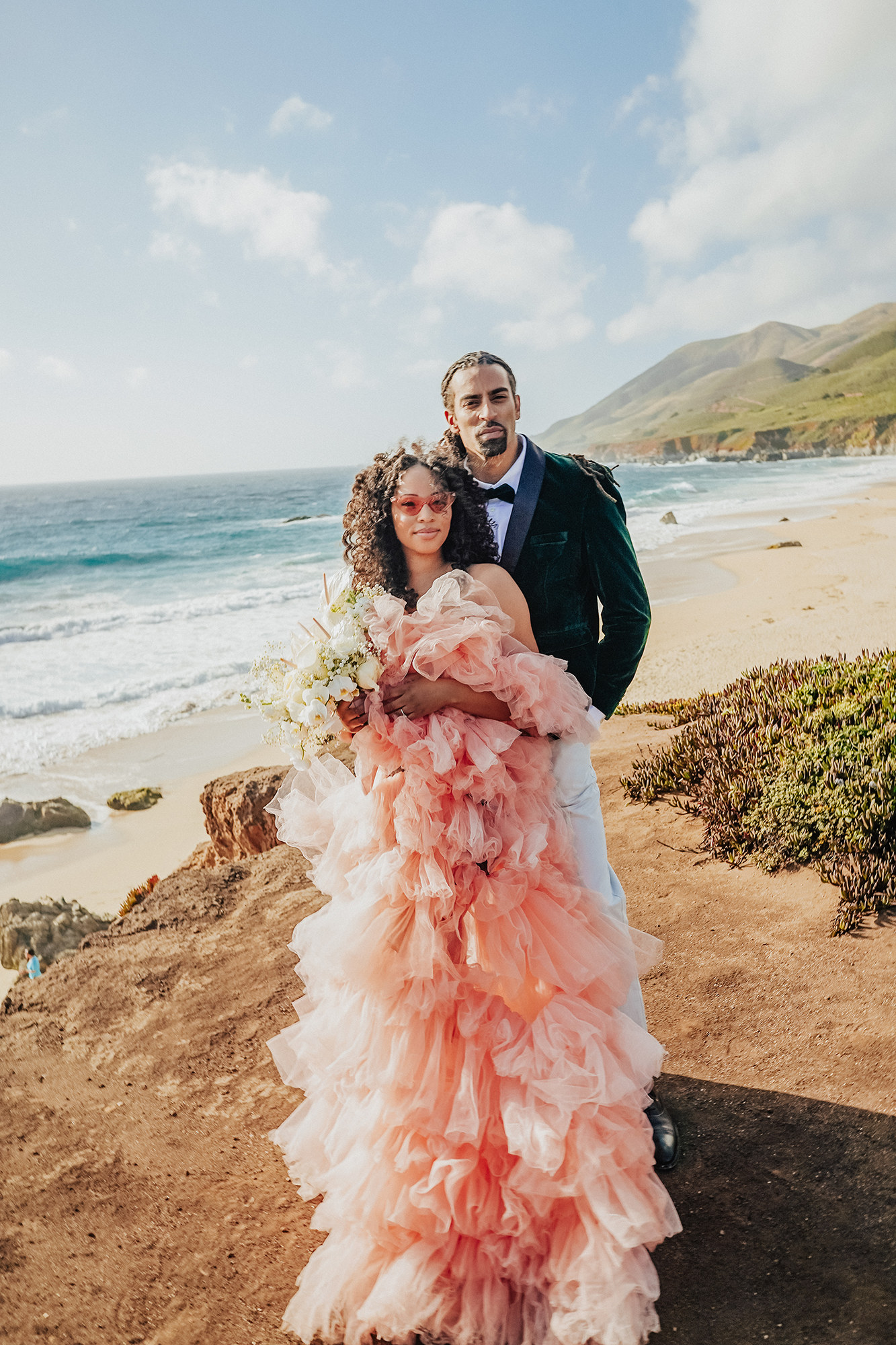 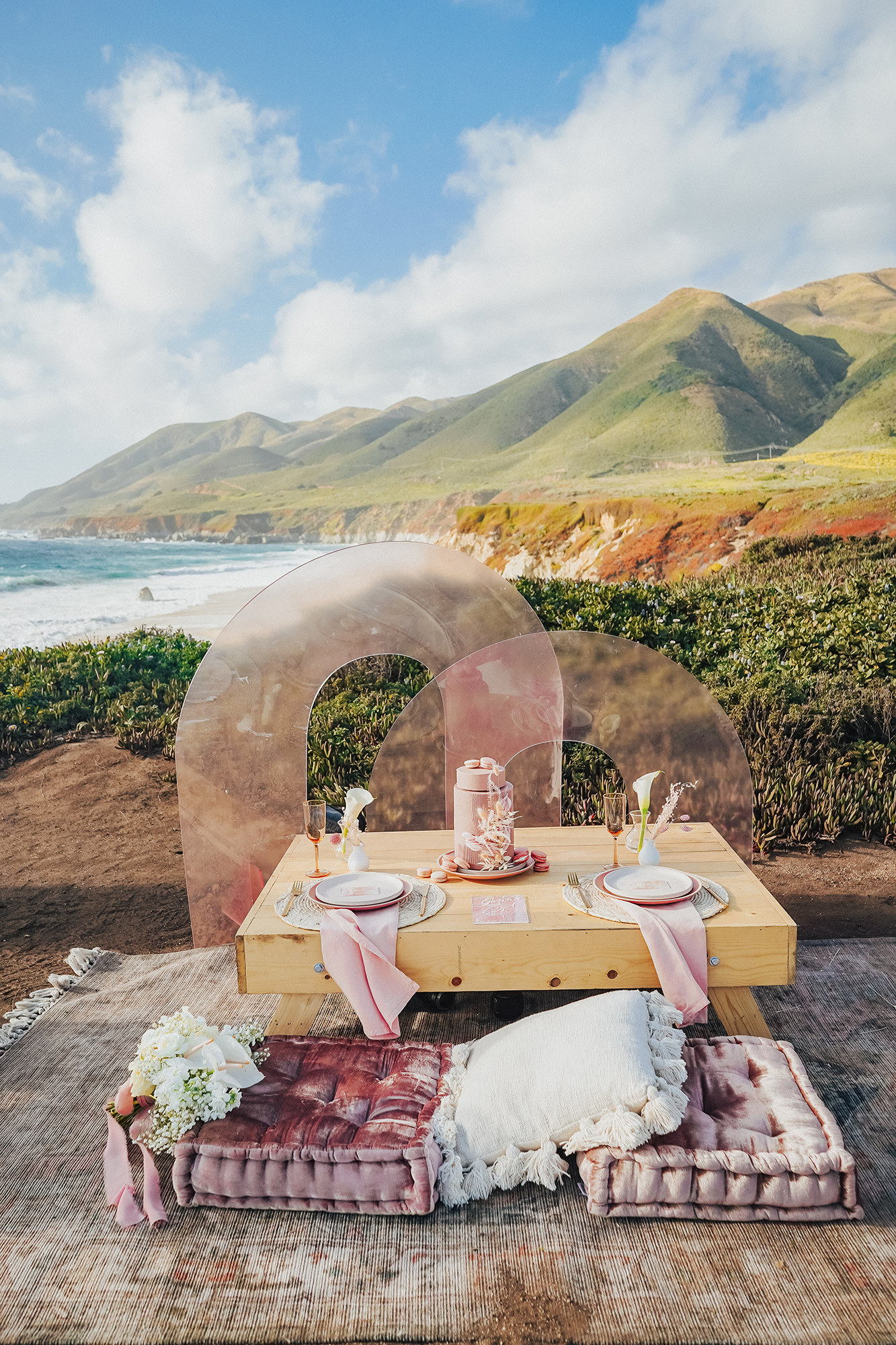 We also are totally loving this intimate setup! It’s perfect for those who are wanting a picnic for two after eloping or hosting a mini-mony. 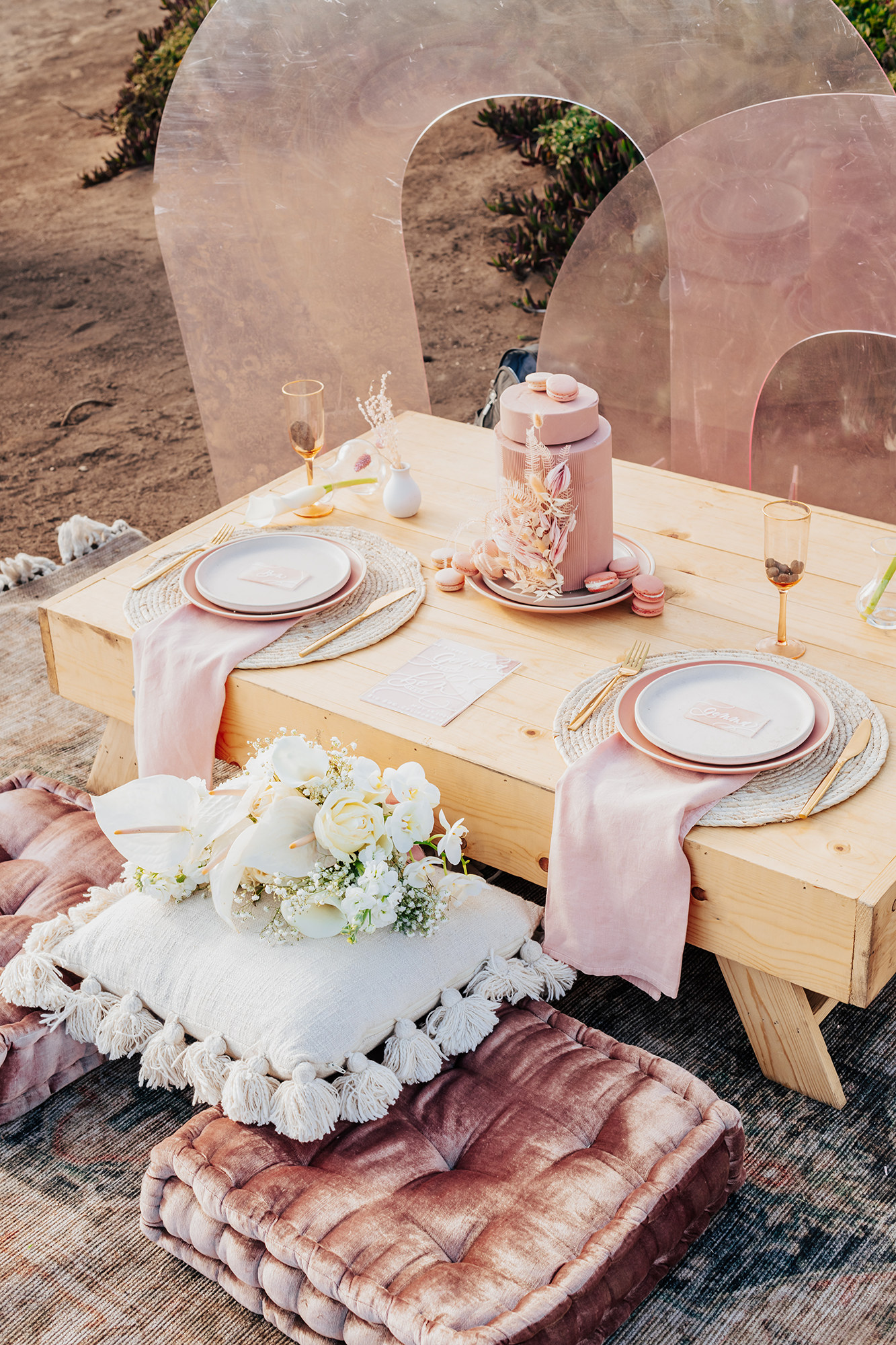 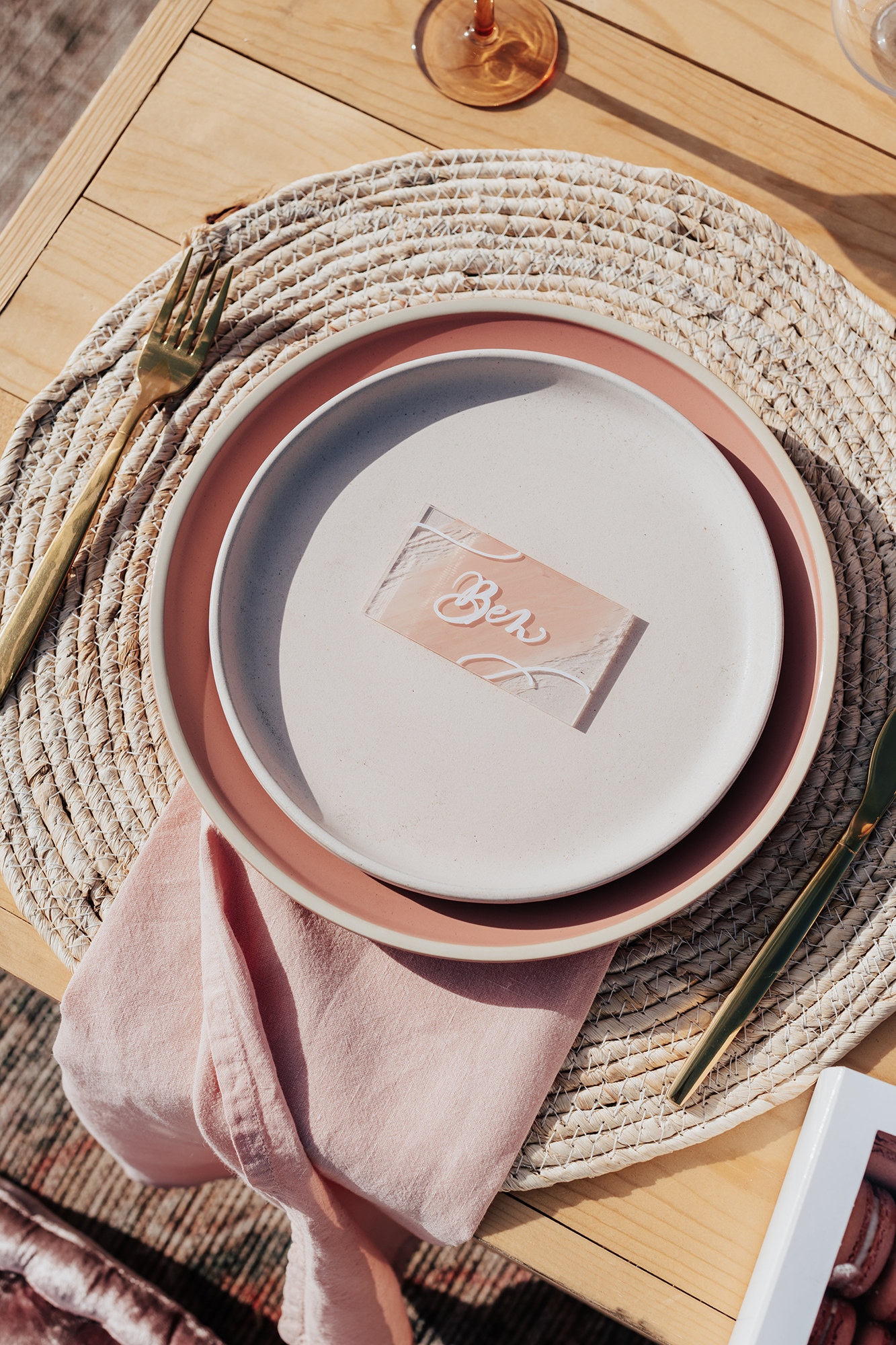 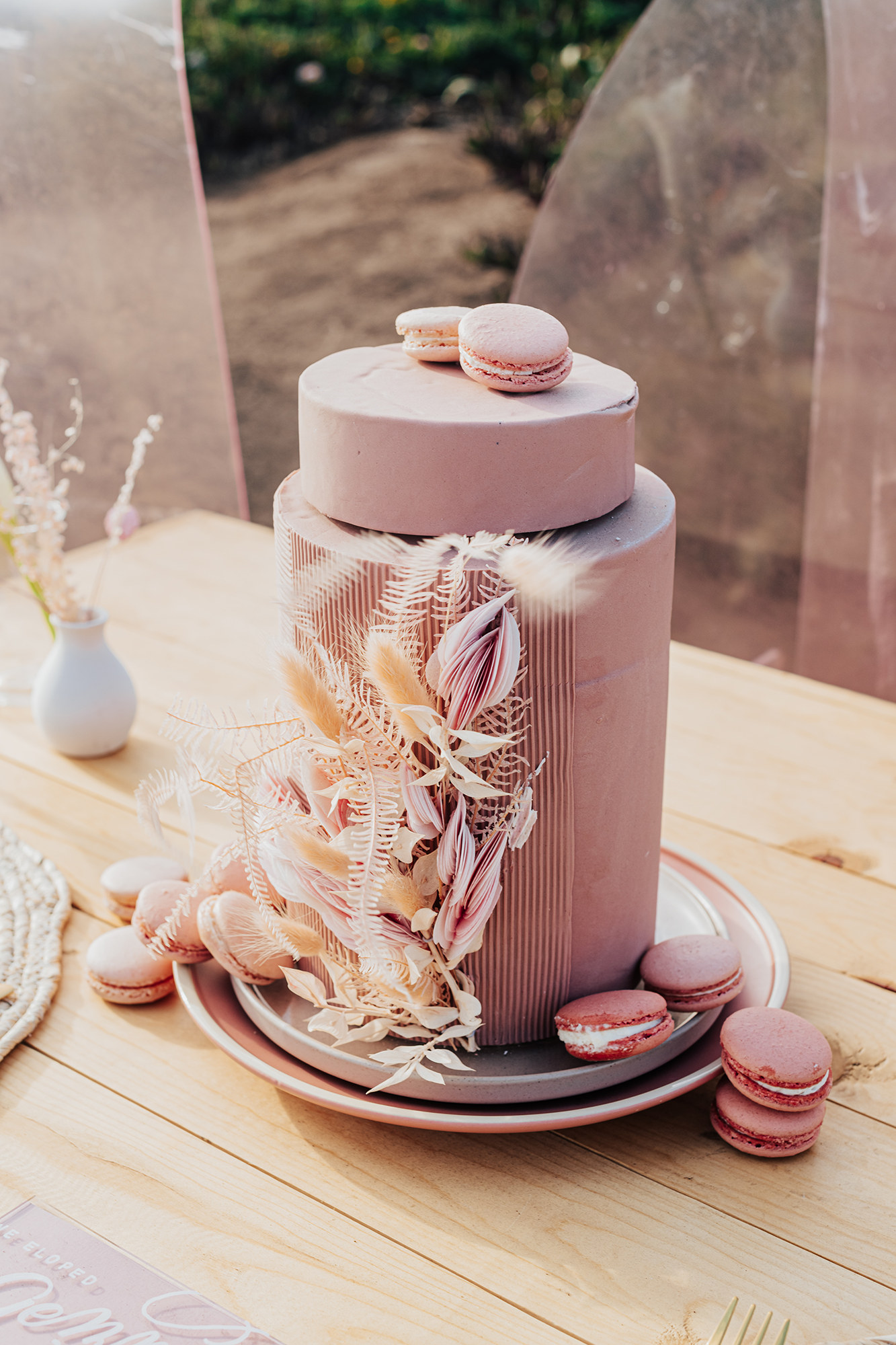 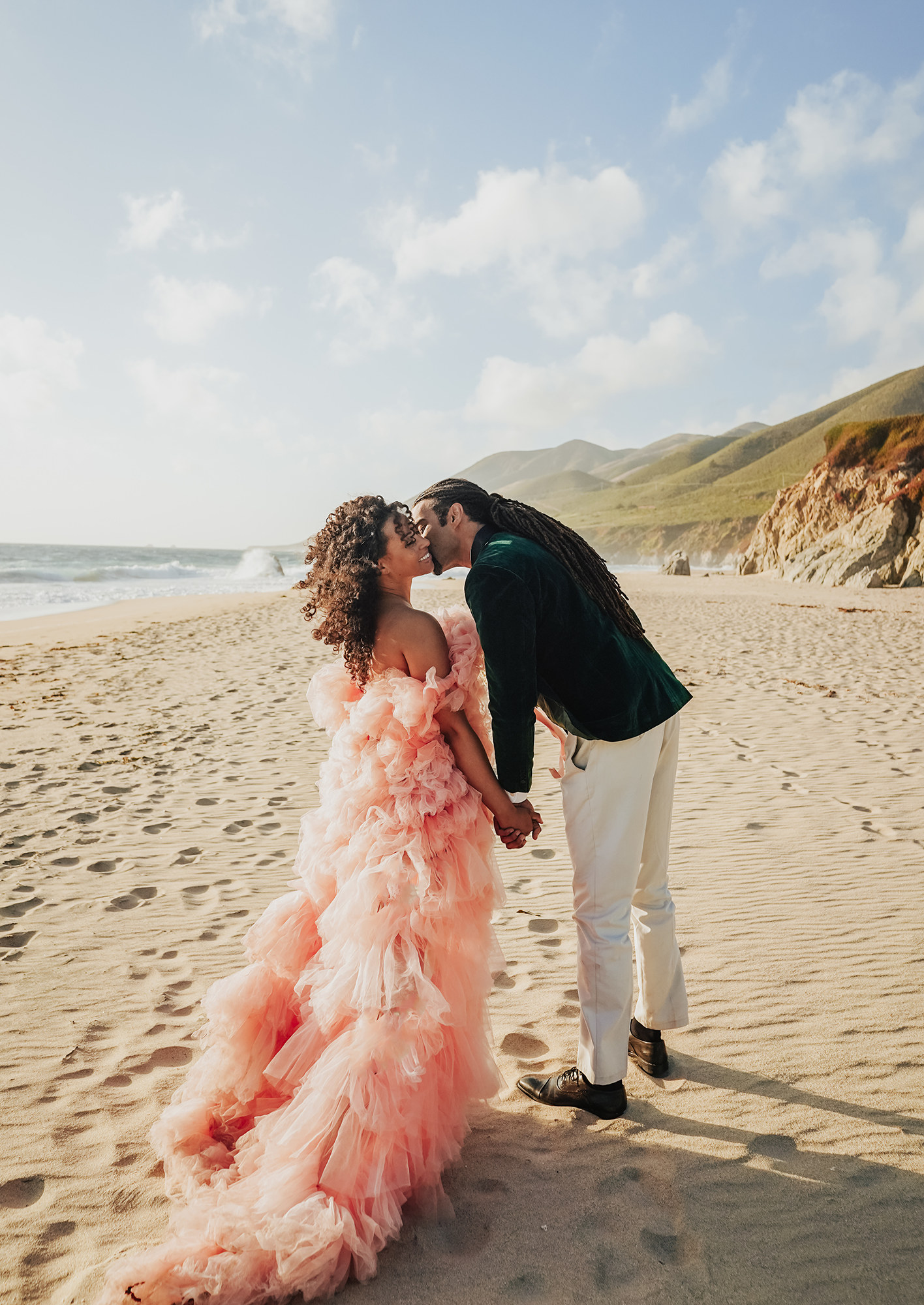 How They Got Engaged 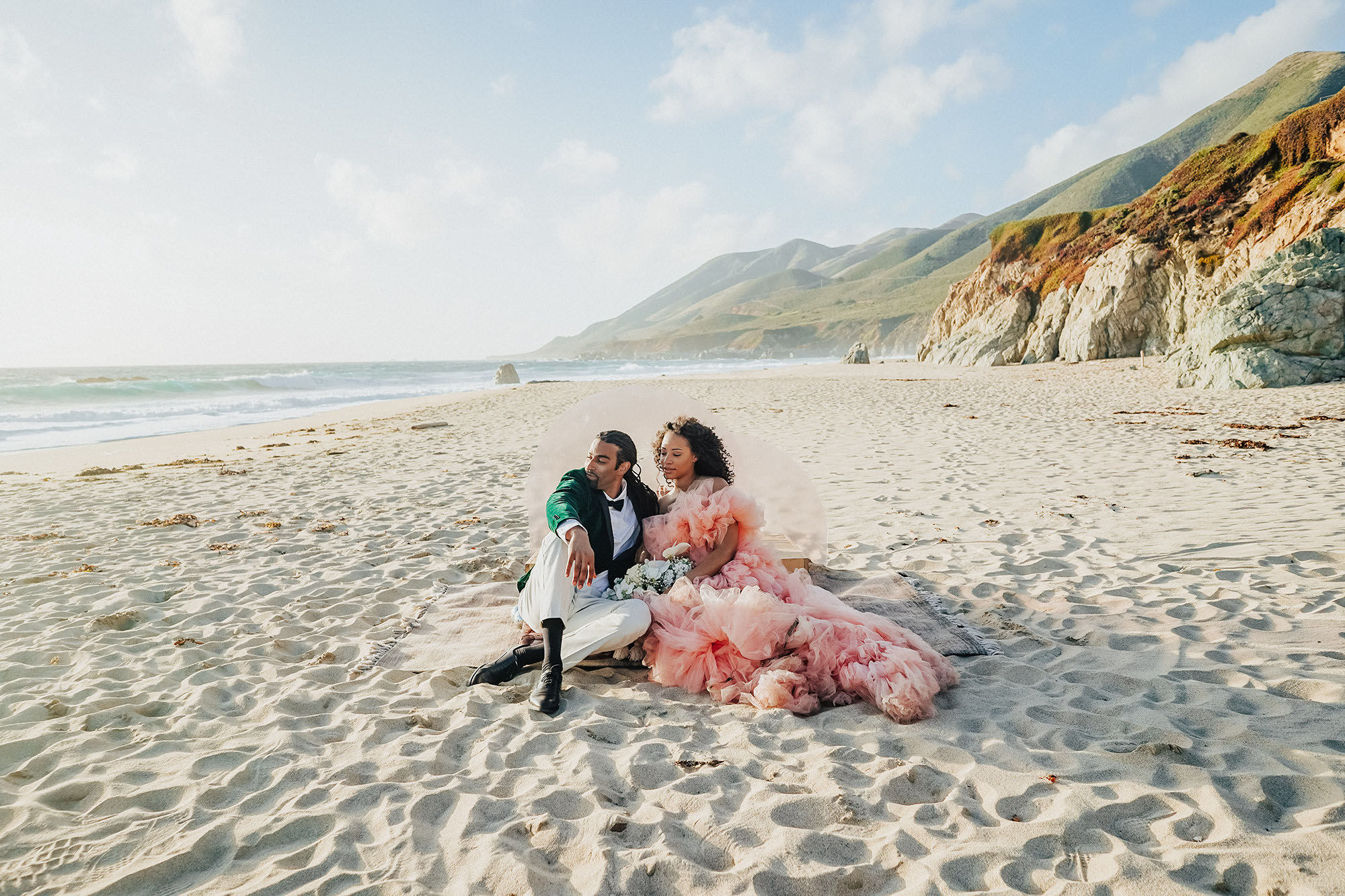 Ashley and Rashad got engaged while taking a romantic trip to Paris in December of 2018. Rashad popped the question on their second night during a dinner cruise on the Seine River. “I always thought I would know when Rashad was going to propose because he’s not great with keeping secrets,” jokes Ashley. “But he was so calm and collected that night, so I had no idea!” Ashley says that after dinner they went to the top of the boat to take some pictures with the Eiffel tower lit up in the background. “Once we got back down to our table the waiters came over with sparklers and dessert,” adds Ashley. But it wasn’t until Rashad got down on one knee that she realized what was going on. 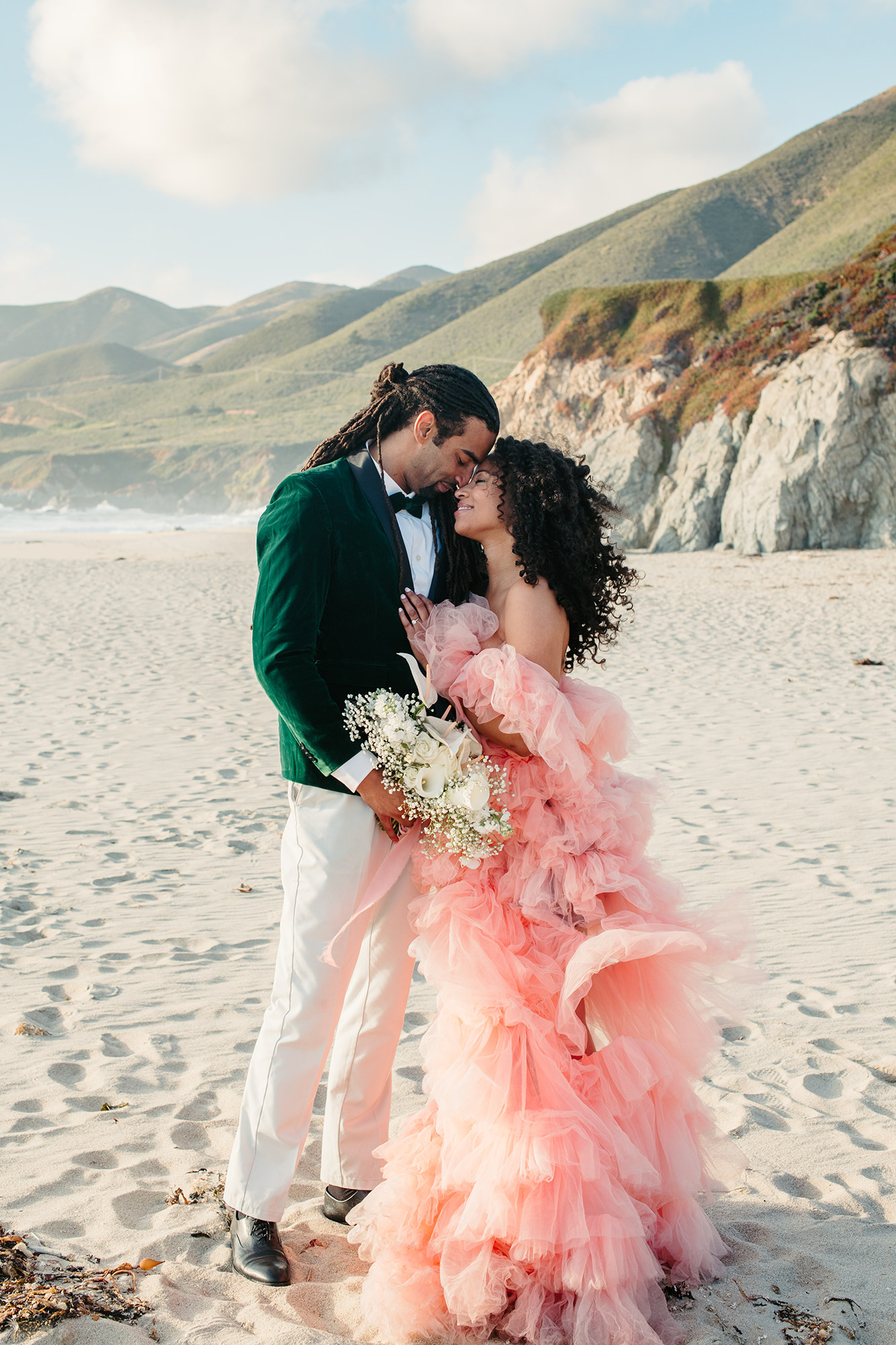 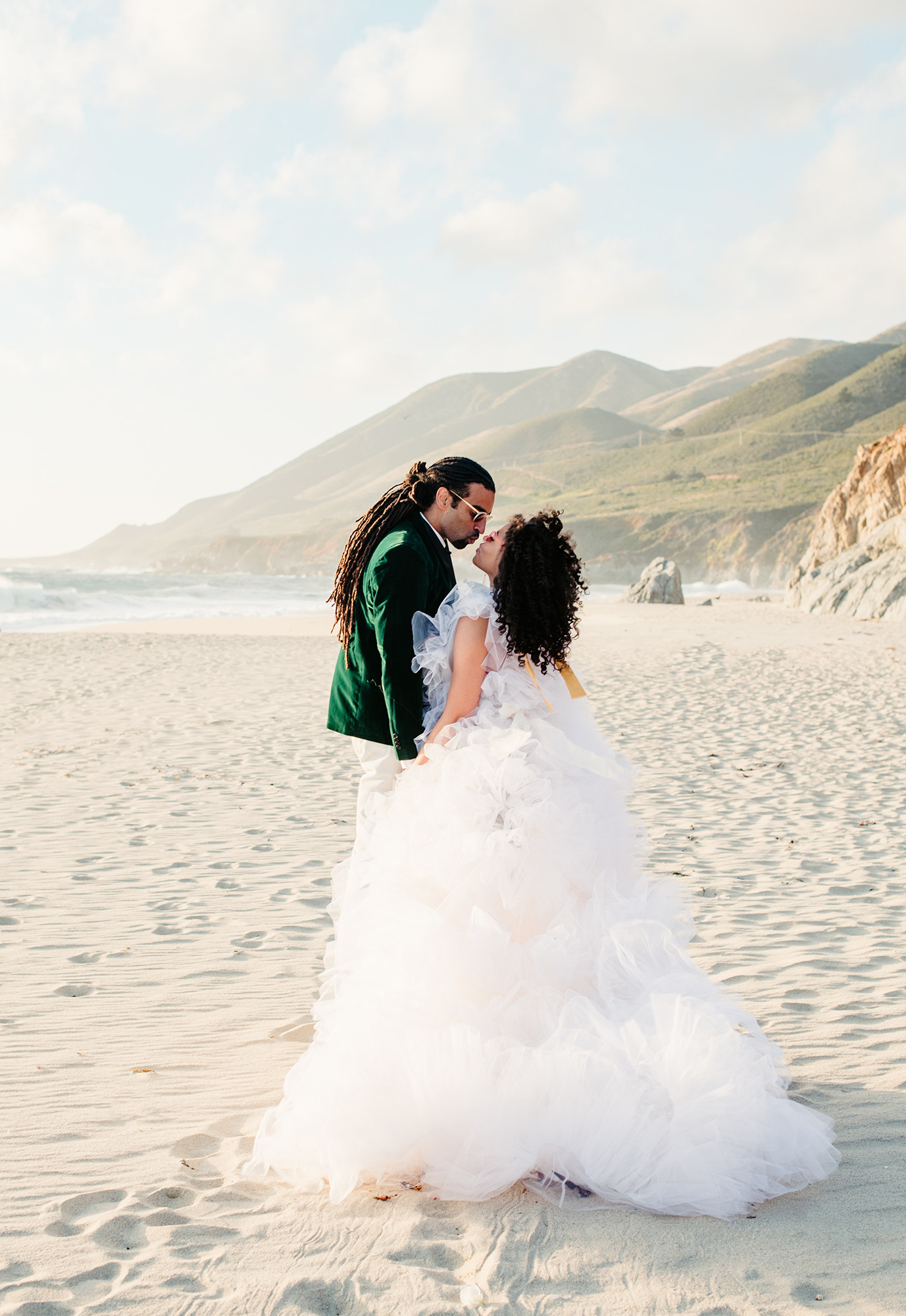 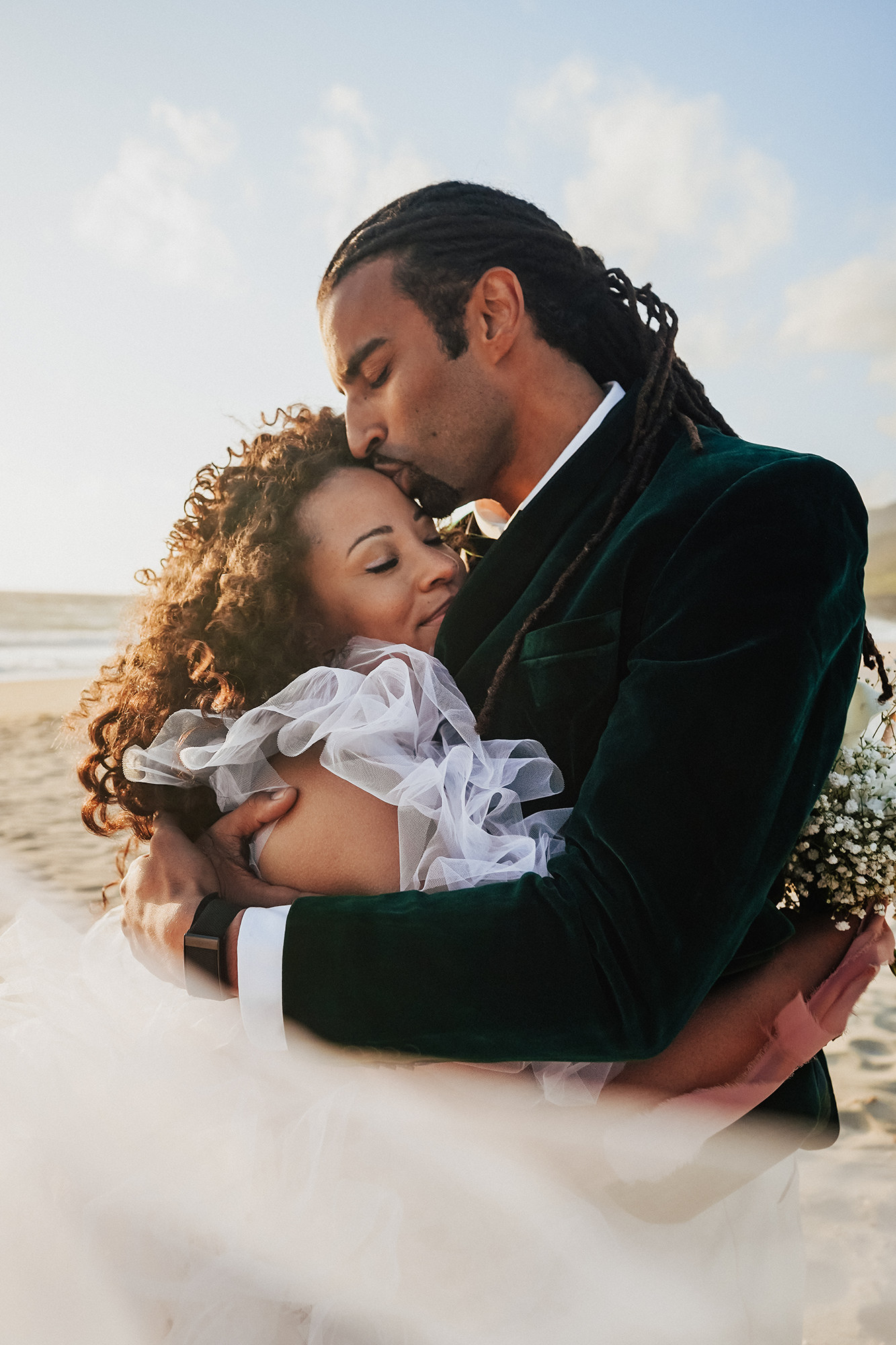 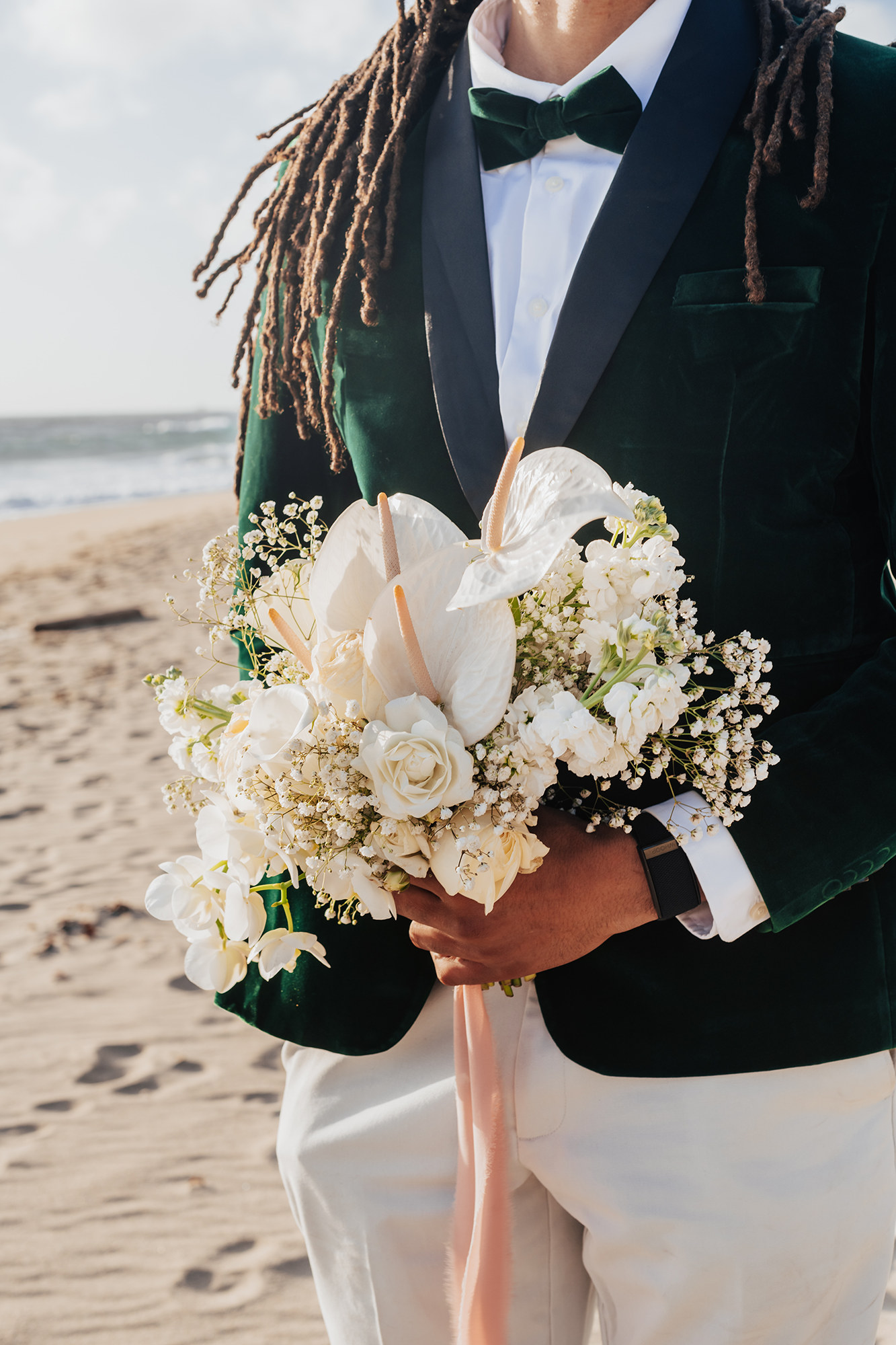 Due to the pandemic, Ashley and Rashad are actually thinking about getting eloped. “I had been taking my time with planning and once I started getting serious about booking a venue the pandemic hit. We have a lot of older relatives in our lives that we want to be apart of our special day. So until we feel that it was safe for us to all gather we were fine with waiting.” She also adds, “Luckily everyone in our family is now vaccinated. Although the pandemic is not over we are finally starting to feel comfortable making those plans. Maybe we will head down to the courthouse in the mean time now that it is open. But when the party does come we know it will be epic.”

We can’t wait to hear more about Ashley and Rashad’s special day! For more love stories check out our real weddings page #onGWS!