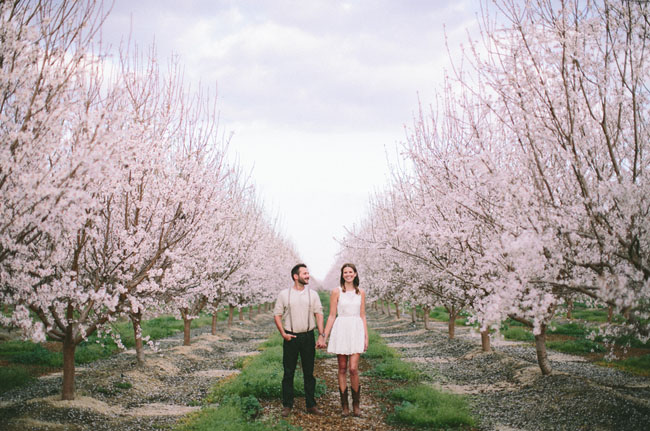 Well if this place isn’t the dreamiest spot for an engagement session, then we don’t know what is! Genevieve + Mike lucked out BIG time when they went on a little road trip with their awesome photographer, Laura Goldenberger, and caught the almond orchards in Bakersfield, California in full bloom! Their sweet pale-hued ensembles gave the shoot an ethereal feel + really let the location do to the talking. We’re just so smitten + think you will be, too! 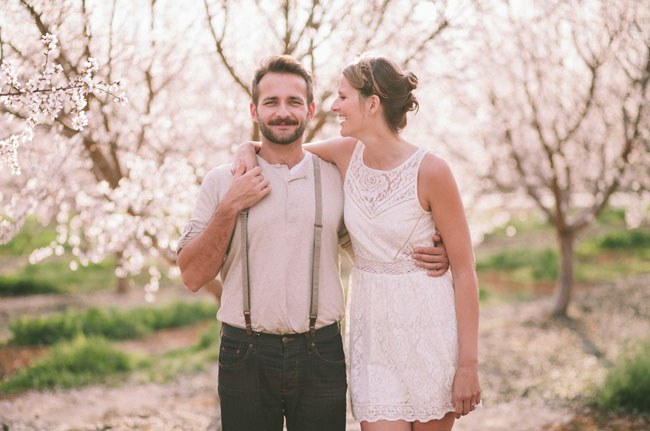 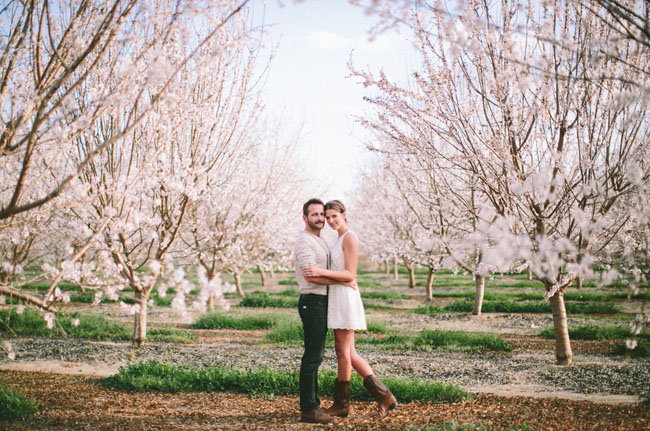 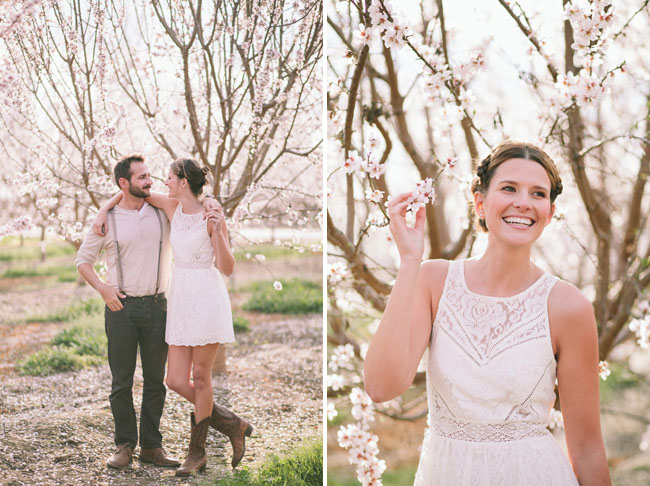 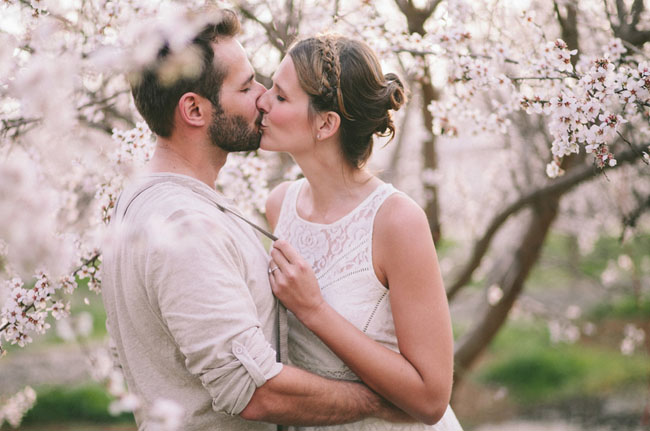 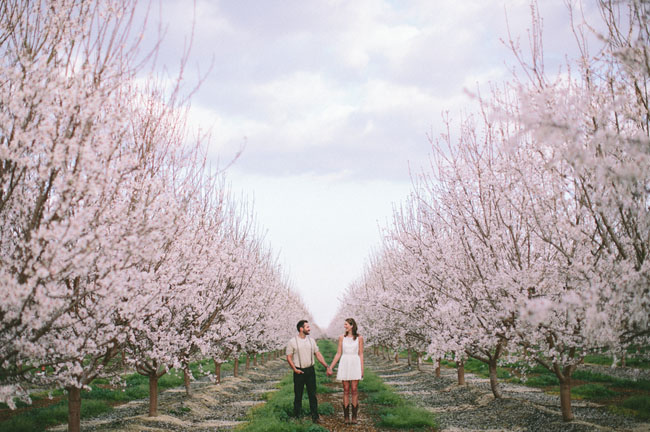 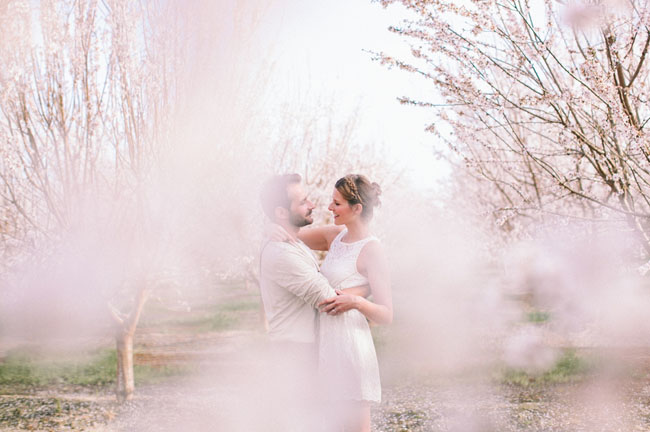 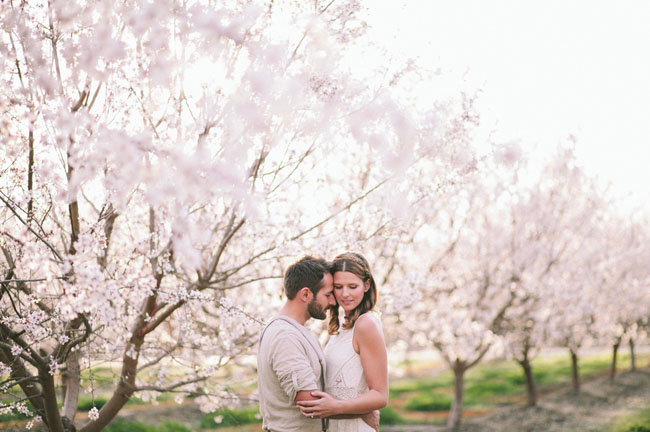 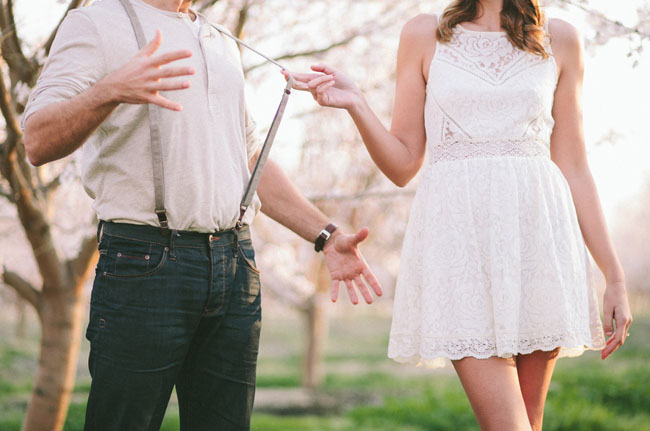 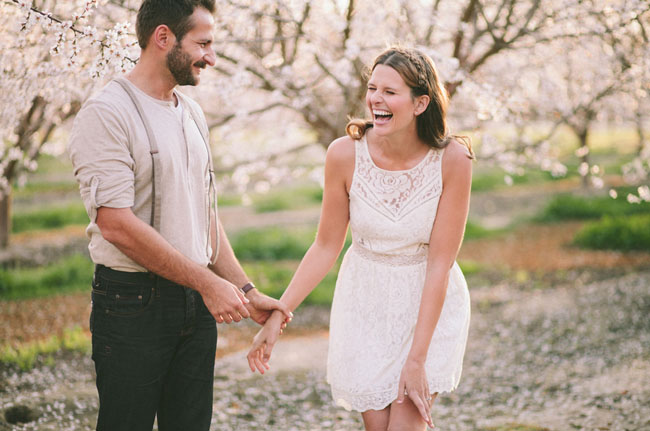 The loveliest, right?! And we loved hearing how Genevieve + Mike met and how Mike proposed! Here’s the scoop:

I met Michael in the elevator of our apartment building. He found out I was a pet sitter and got my number so that I could take care of his dog Butch. I had a boyfriend at the time, but had a celebrity like crush on Michael. He was so cool!! I moved to Texas but we kept in touch on Facebook & Instagram. Four years later I am single and Facebook tells me Michael is single! I immediately send him a message and a week later I am picking him up at the airport in Texas. I walked up to him and we kissed for the first time. It was like we had been kissing our whole lives. It was the most natural thing in the world. By the end of that weekend we knew we were soul mates and would get married. Four months later he proposed to me in Catalina on my birthday.