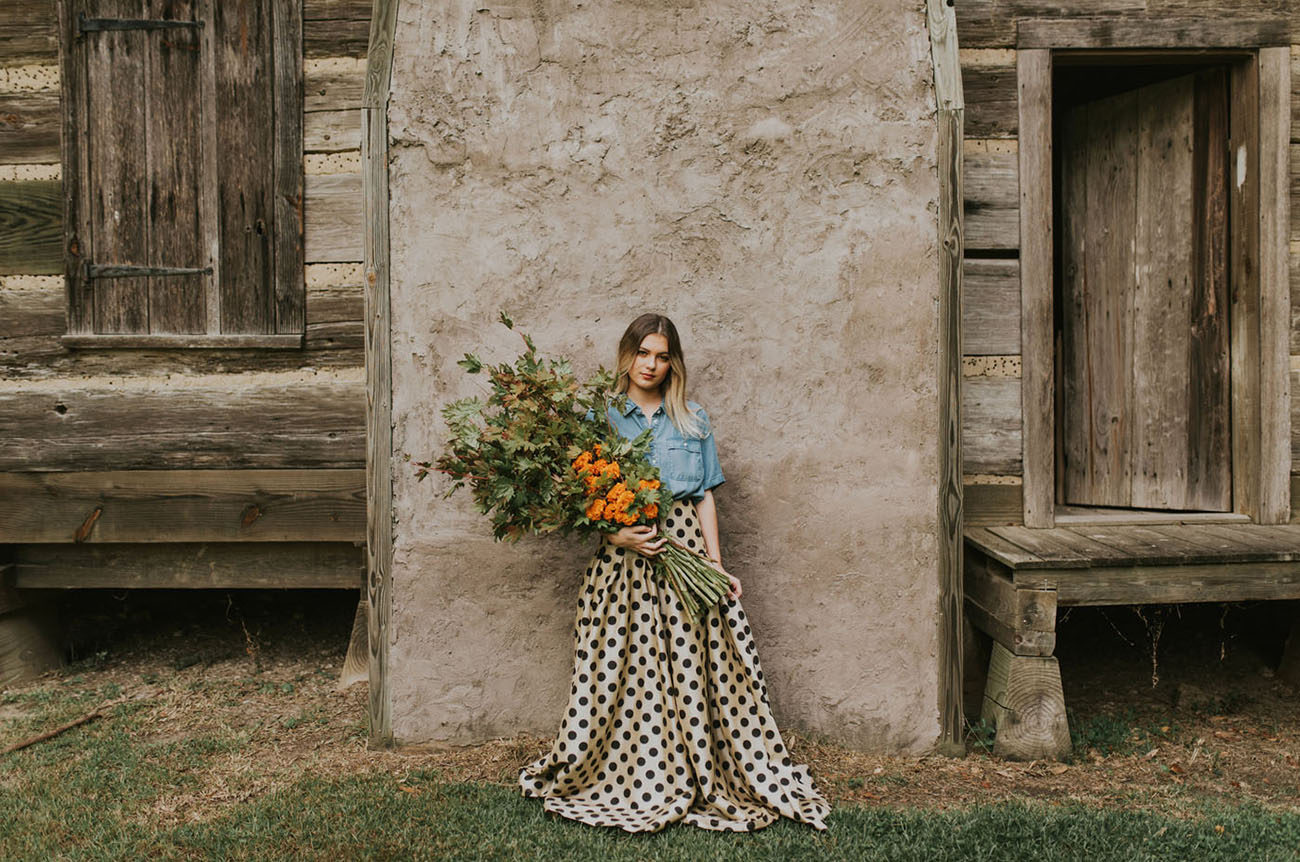 We’re welcoming October with open arms + to celebrate, we’re sharing this month’s edition of our “A Year of Flowers” series with our friend at Poppy & Mint Floral Co.! This month it’s all about the stunning marigold. Known for their strong, deep smell of warm spices and healthy soil — marigolds have a unique fragrance that truly captures the richness and romance of the fall season. A blooming marigold is formed by bunched layers of overlapping petals — similar to that of a carnation, in truly fall hues of orange, yellow, red, maroon, and sometimes white.

Ready to fall under the dazzling spell of the marigold? Let’s wander the grounds of LSU Rural Life Museum in the photos snapped by Jen Menard Photography! 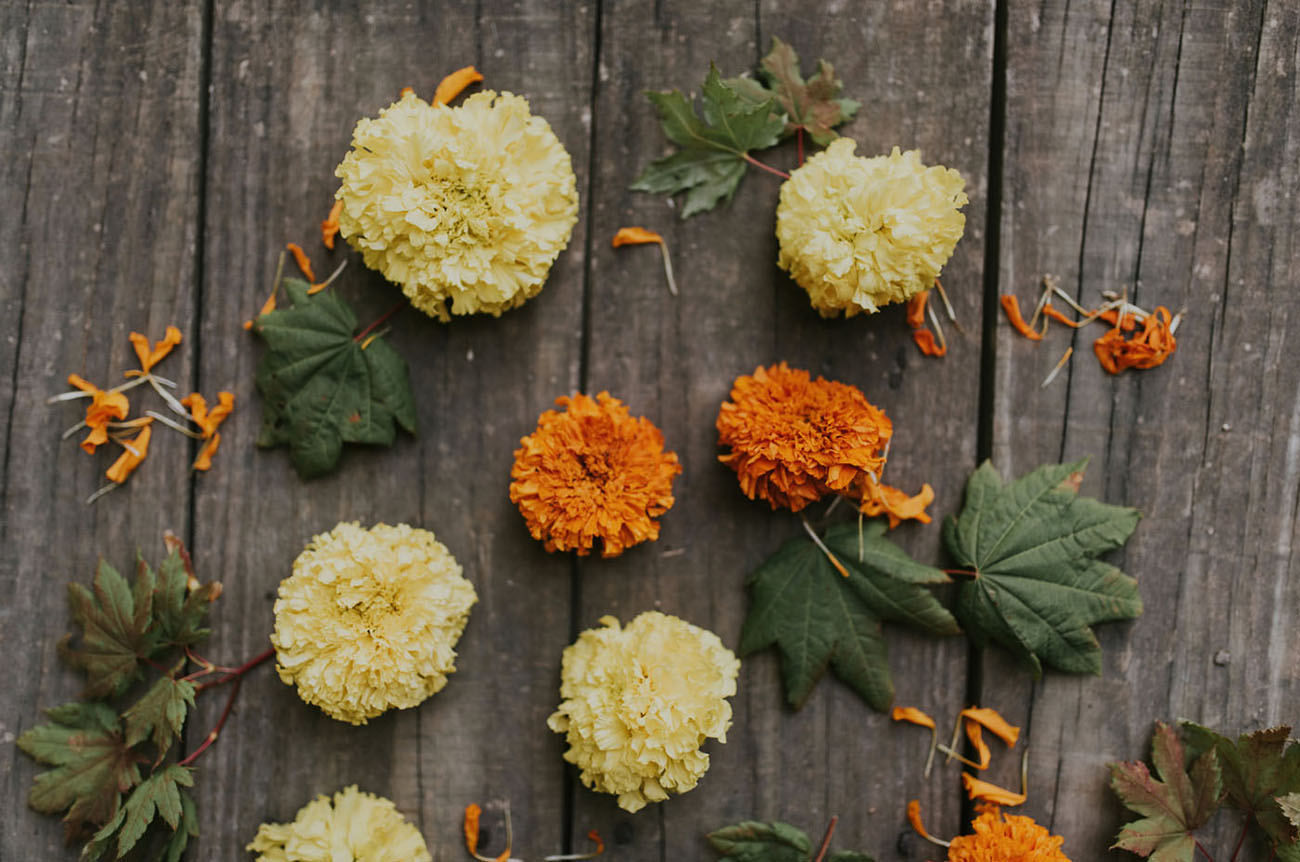 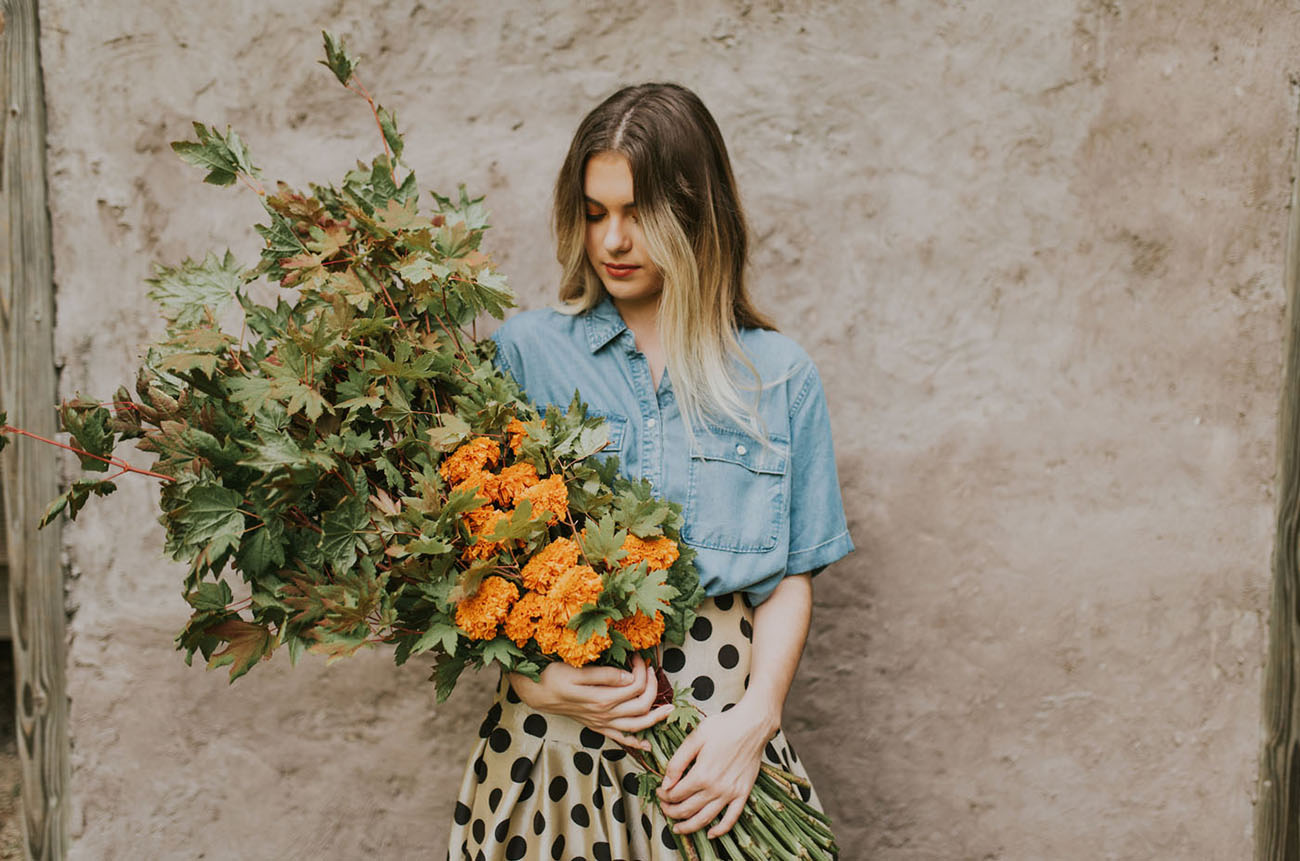 Native to the Americas, the Aztecs were the first in history to record marigolds. The flowers were believed to have protective properties and were often used in religious ceremonies. The Aztecs also discovered the highly medicinal nature of the marigold. It is actually a powerful herb known for its healing properties.

Because the Spaniards brought the marigold to Spain from Mexico in the 16th century, we know the herb today as its Spanish word, “caléndula.” You may find it in your face cream and even your shampoo! 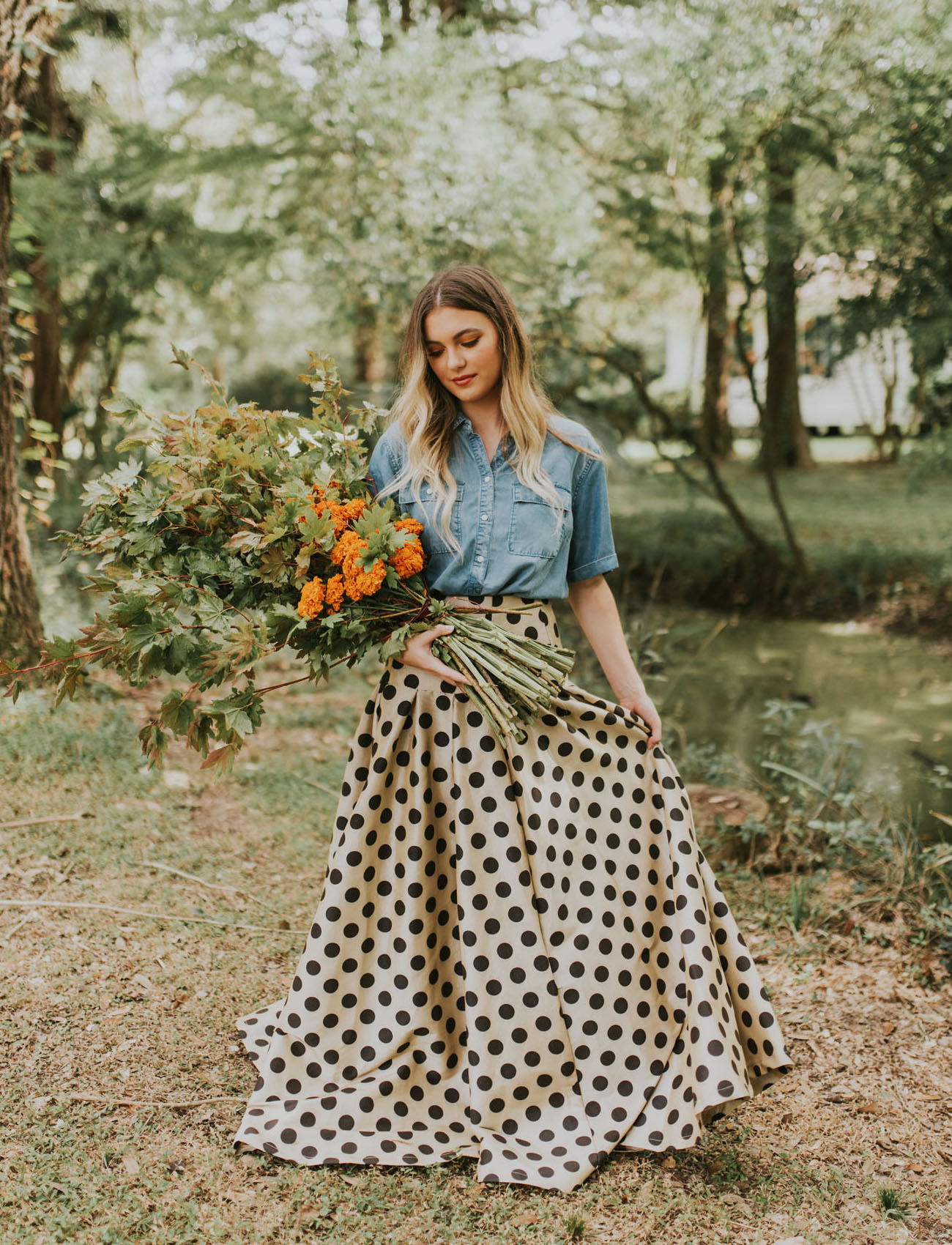 Are you crushing on this dress as much as us? It’s from Shabby Apple! 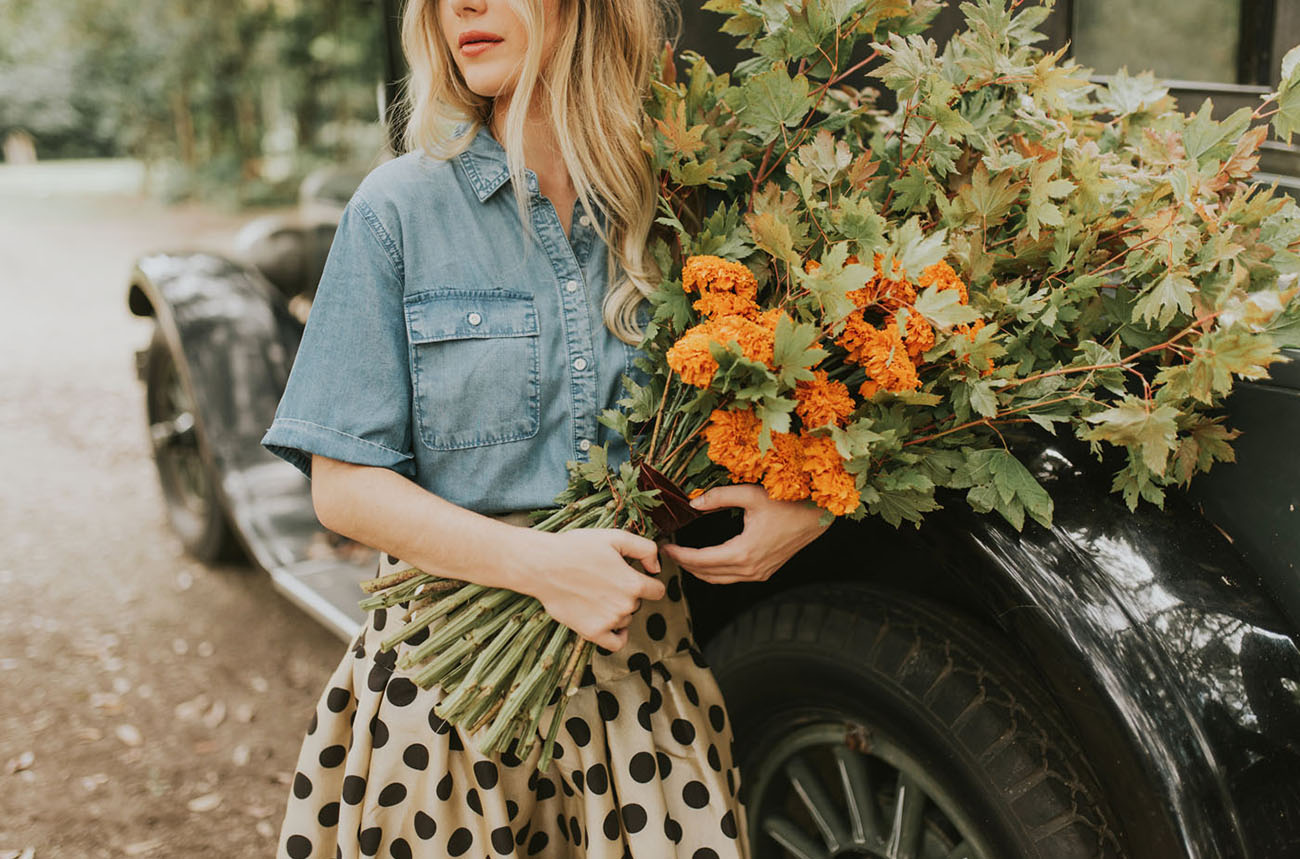 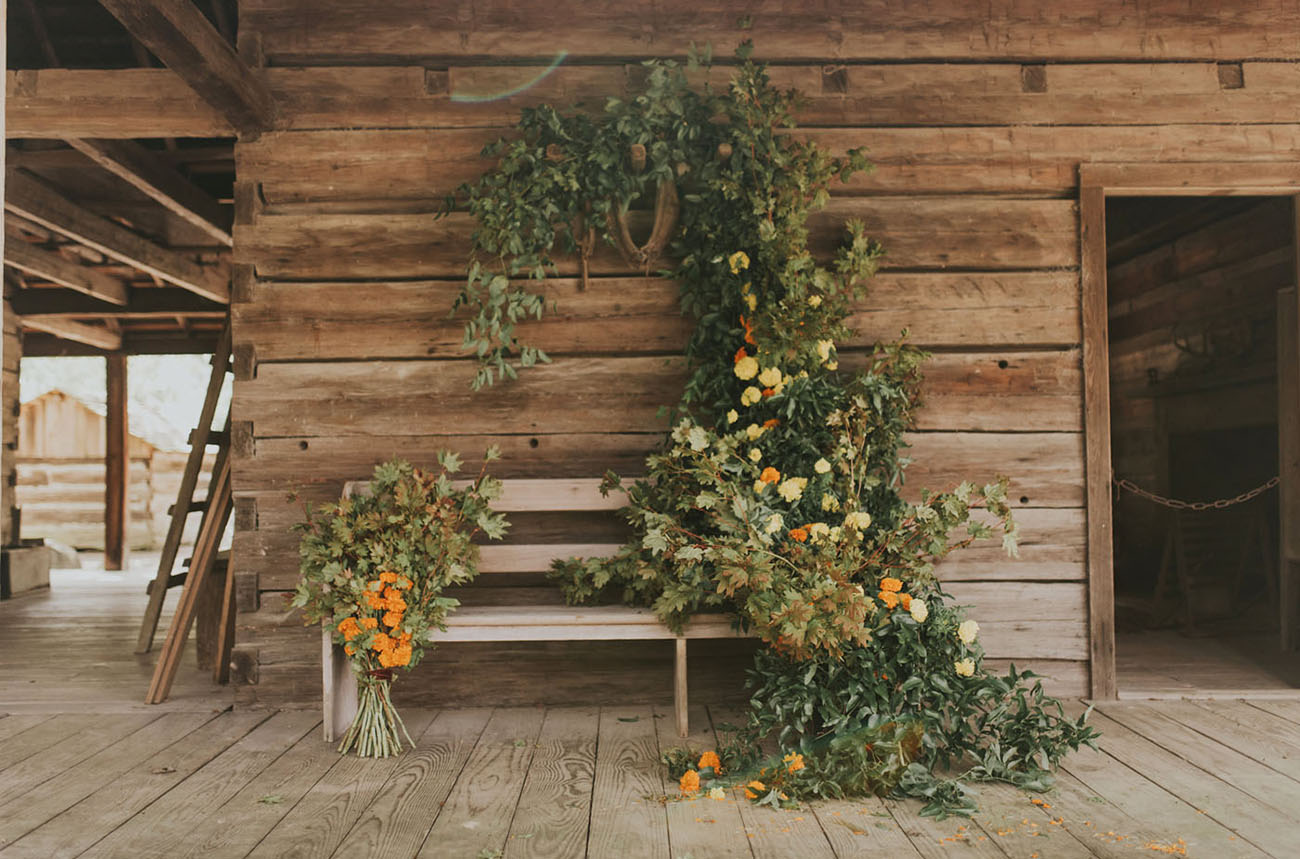 The way those leafy greens climb up the wall and then *pop* with the bright florals. How gorgeous is this?! 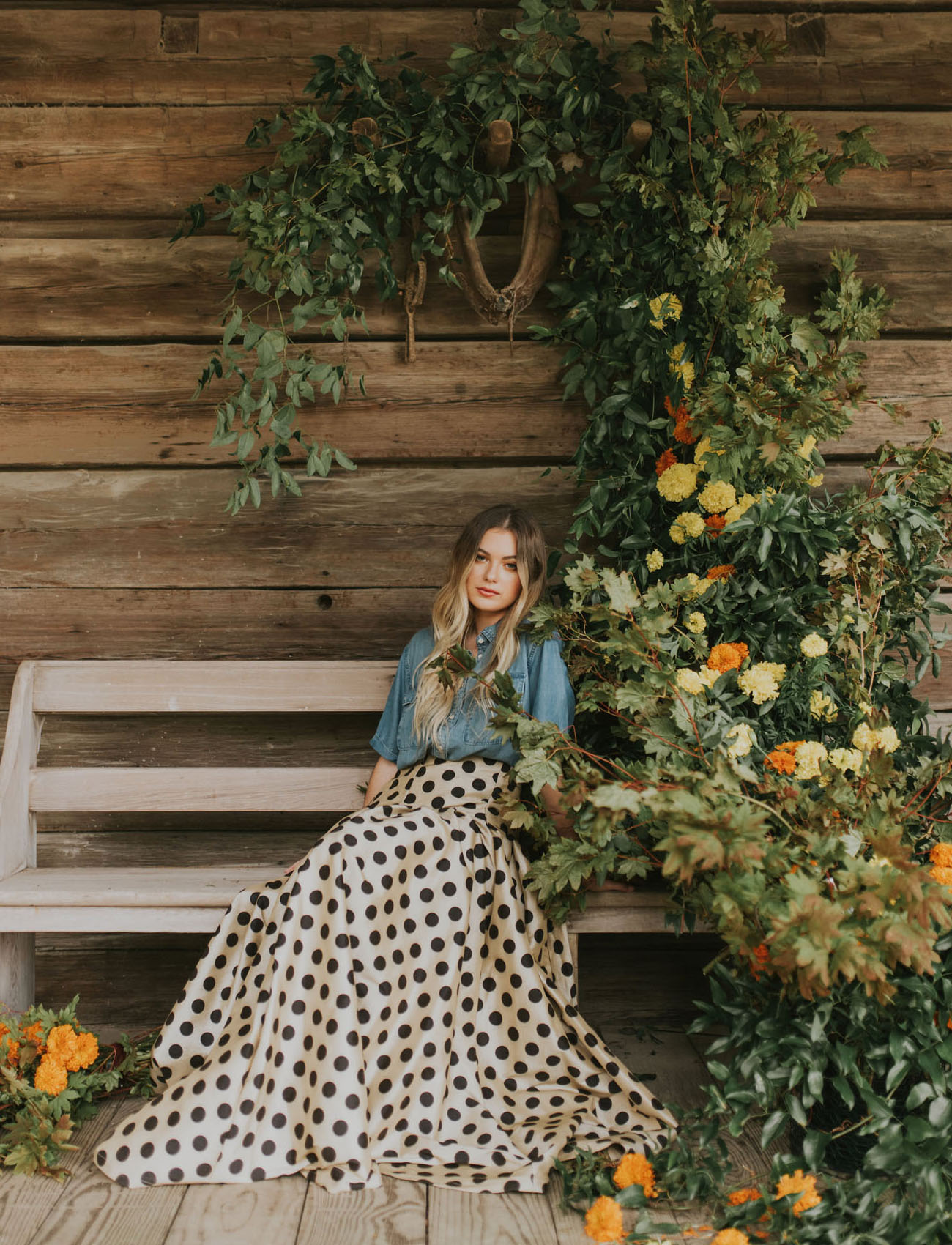 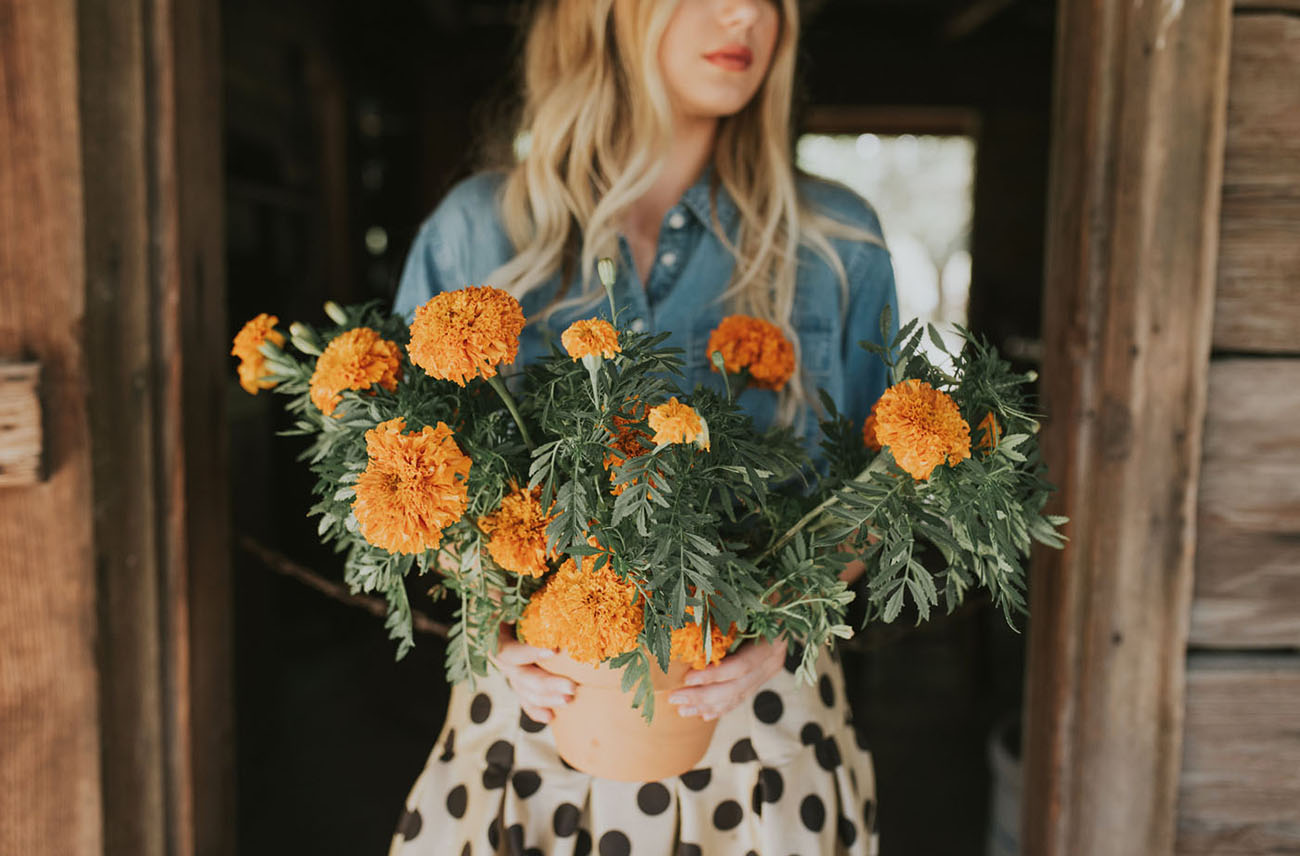 When it was brought to western Europe, it became known to the Catholics as “Mary’s Gold” which eventually evolved into “marigold”. As it made its way around the world, it became highly prized in India, Persia, and Africa for its beautiful and healing qualities and variety of uses. It was even used to dye monks’ robes!

Simply stunning! Marigolds are the perfectly versatile fall flower. Whether you are sipping a delicious cup of marigold tea, sprinkling a few petals in your salad for pizzazz, or simply stopping to smell the marigolds, it is a fall favorite not to be missed!

Want to see past month’s features from our friends at Poppy & Mint? Pop on over here!