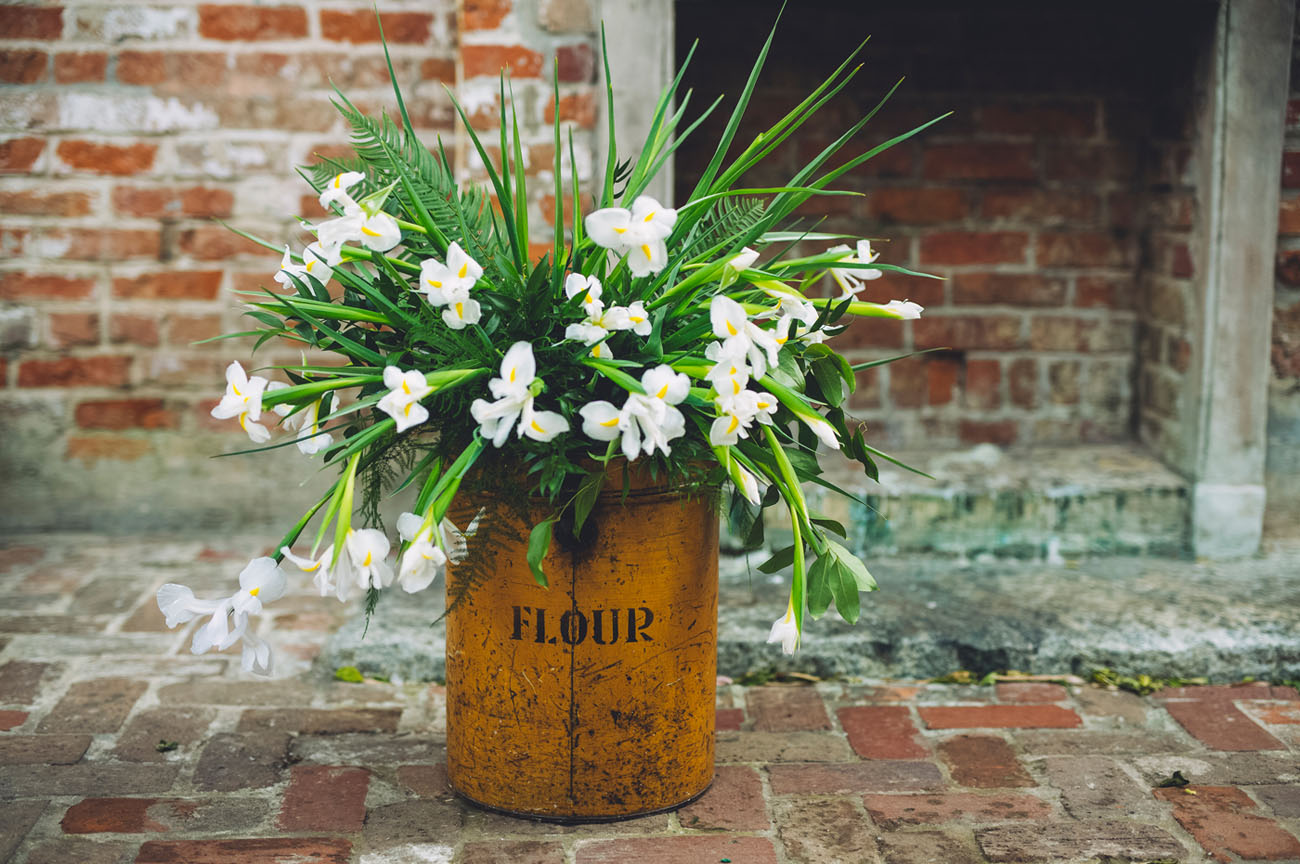 Did you see last month’s kick-off of the “Year of Flowers” series by Poppy + Mint Floral Company? To recap, each month we’ll be featuring an editorial designed + styled around that month’s birth flower (similar to a birth stone). February’s official darling is the strong, yet delicate, iris! Iris means “rainbow’ in Greek, so naturally it comes in array of beautiful colors!

Known for its iconic shape — the iris has six ruffled petals in total. The three inner petals are called ‘standards’ and stand straight in the center, the other three are called ‘falls’ as they fall back, almost like an elegant ballerina. This shape gave rise to the fleur-de-lis — the symbol of the French monarchy, and is now inseparable from the city of New Orleans. The fleur-de-lis symbol came to New Orleans in 1682, when French explorers laid claim to the land on behalf of King Louis XIV of France (and aptly named the area Louisiana in honor of him). A crisp, white flag with a golden fleur-de-lis was flown over the land and became the emblem of New Orleans. Today, this symbol is seen throughout the state of Louisiana, is mirrored in the architecture, and parades during Mardi Gras celebrate the special flower! To honor the iris, Poppy + Mint Floral Company teamed up with planner, Logan Doerries, for one spectacular editorial at Race + Religious in New Orleans.

Ready to see all the incredible irises? Let’s take a look at the captures by Sonia Savio Photography!! 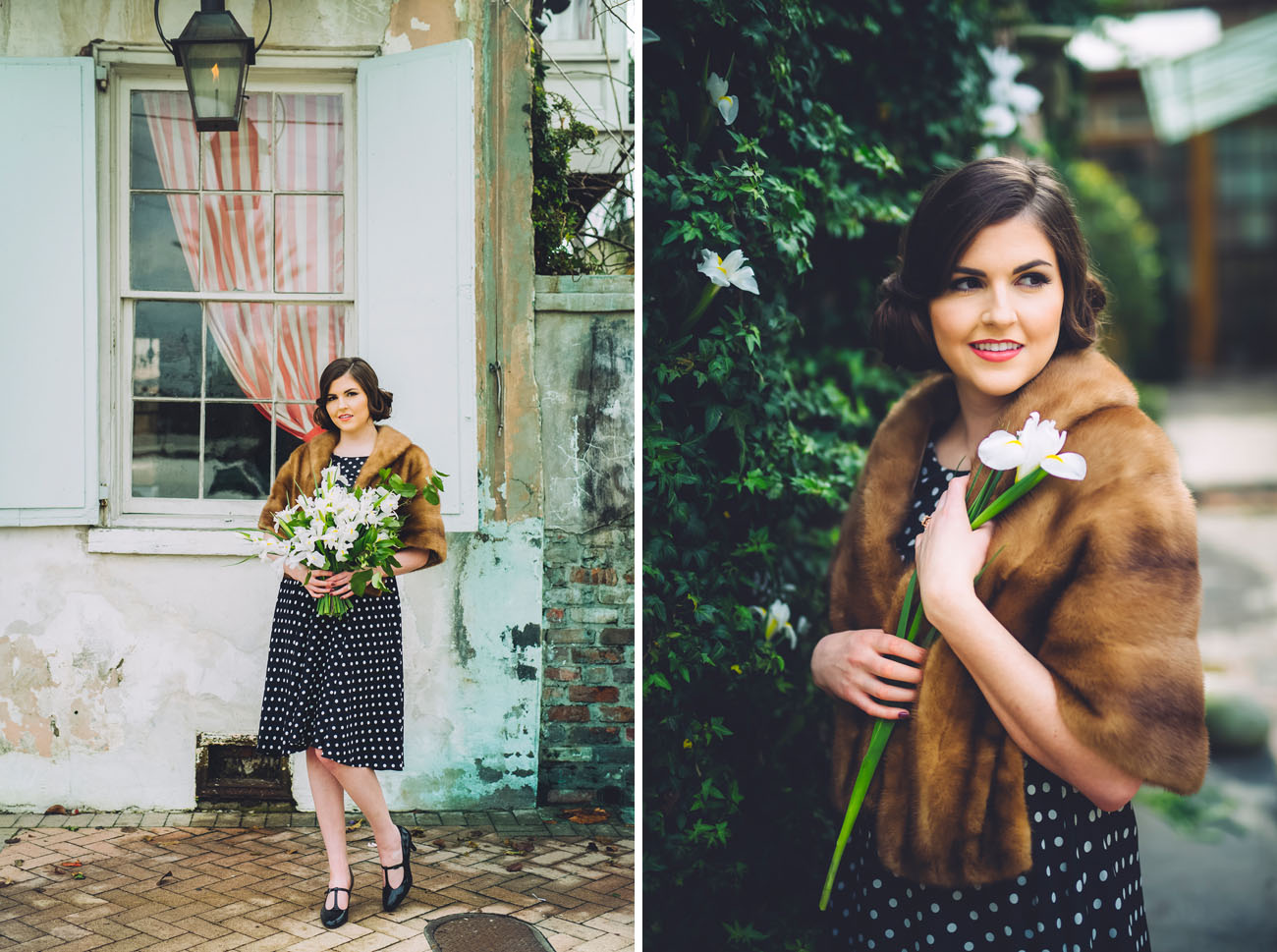 How sweet is this polka dot dress paired with the faux fur shawl from Century Girl Vintage? 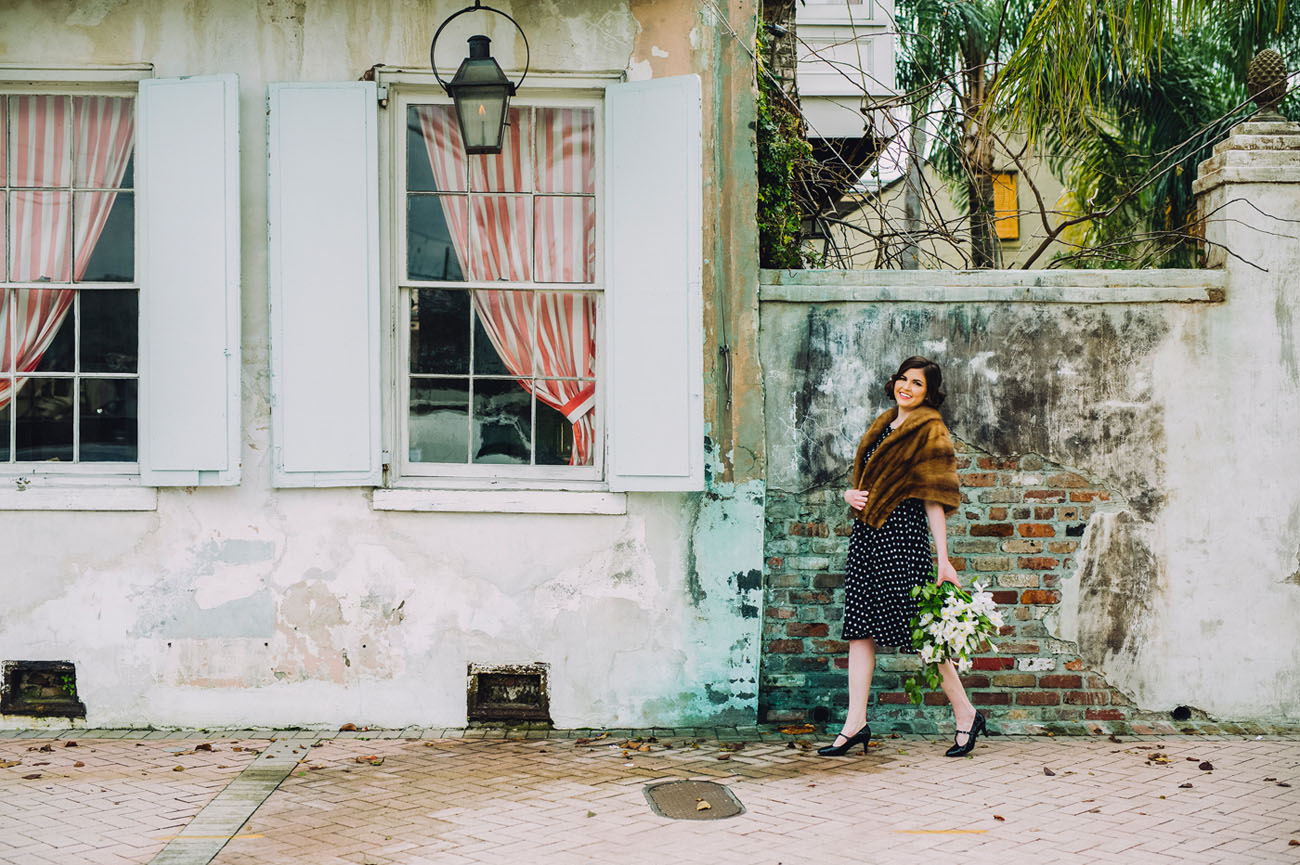 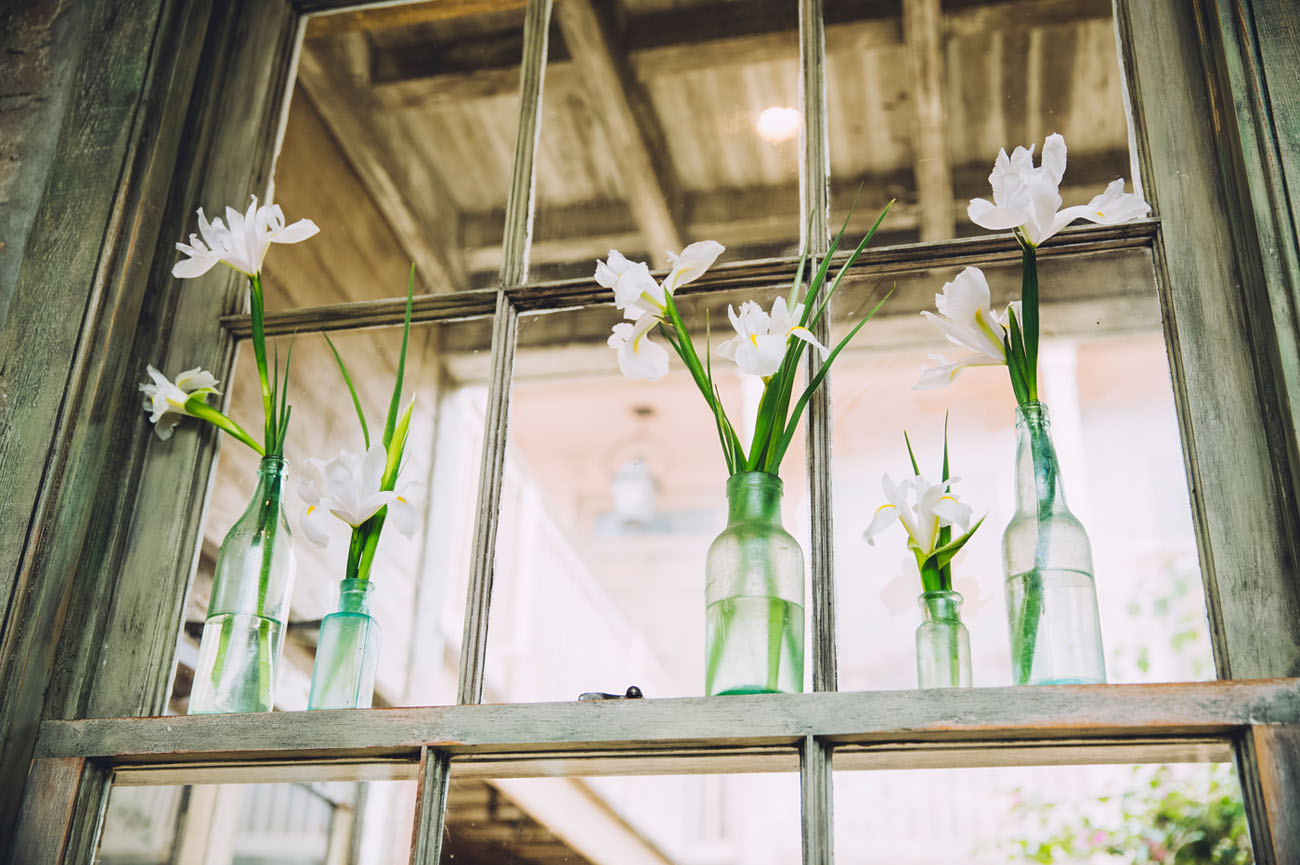 Fun Fact: By the 1920s, irises came to a roaring popularity in both North America + Europe. In an effort to brand themselves and boast a top-of-the-line product, iris cultivars began naming their flowers with different (arbitrary) names. The ‘novelty’ flowers caused a panic in the industry, and the American Iris Society was founded to bring order + integrity, to ensure the future of the beloved flower. Some of the distinct names of the time include: Mrs. Horace Darwin, SassyCat, and Pretty Quirky. 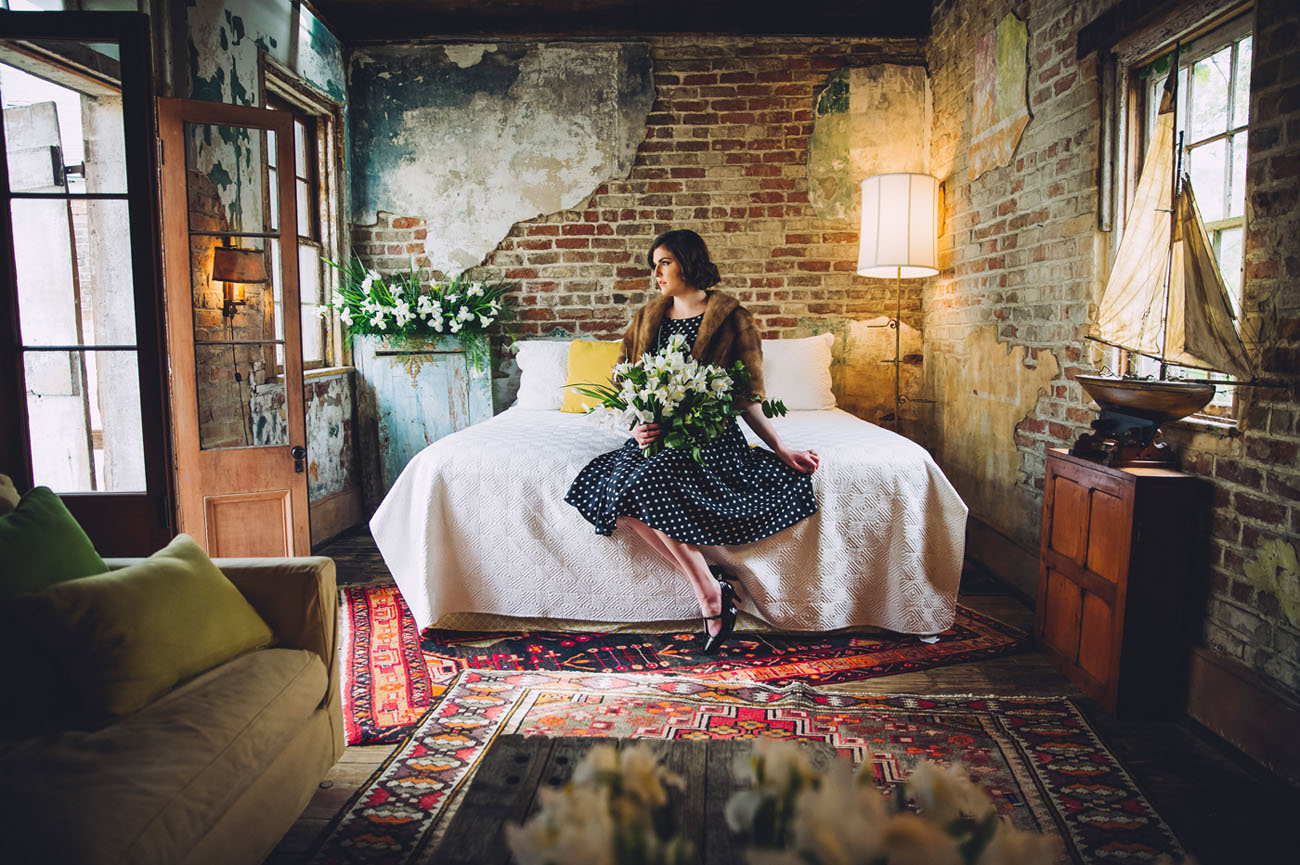 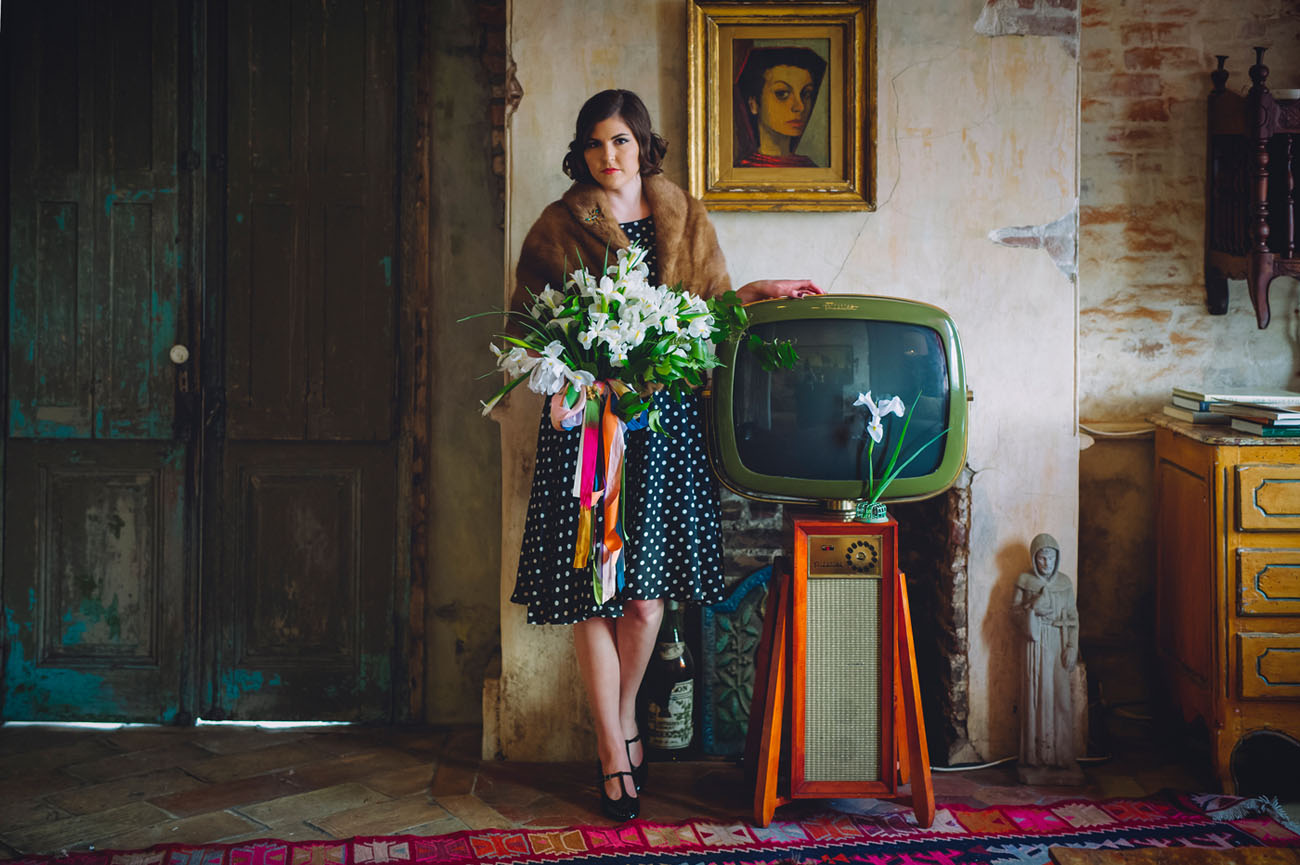 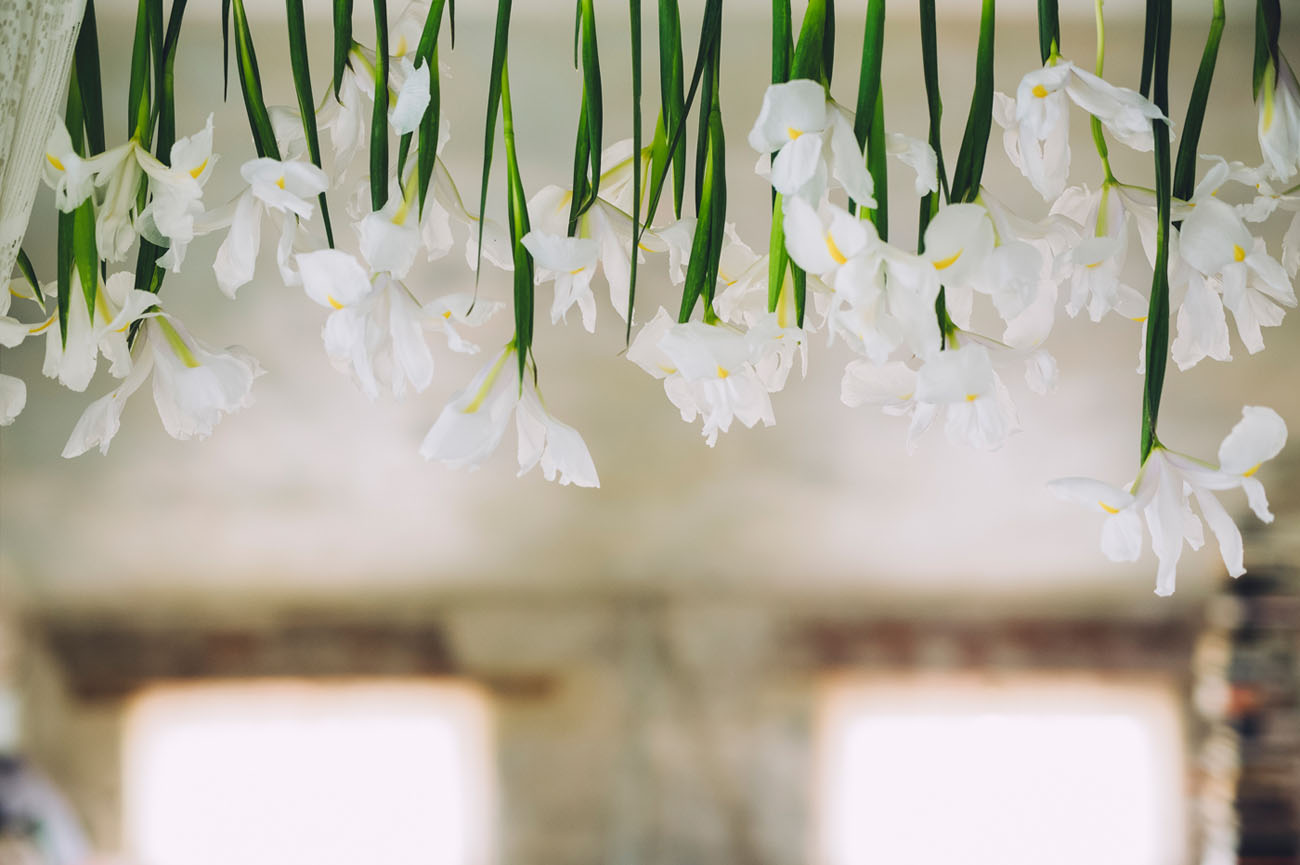 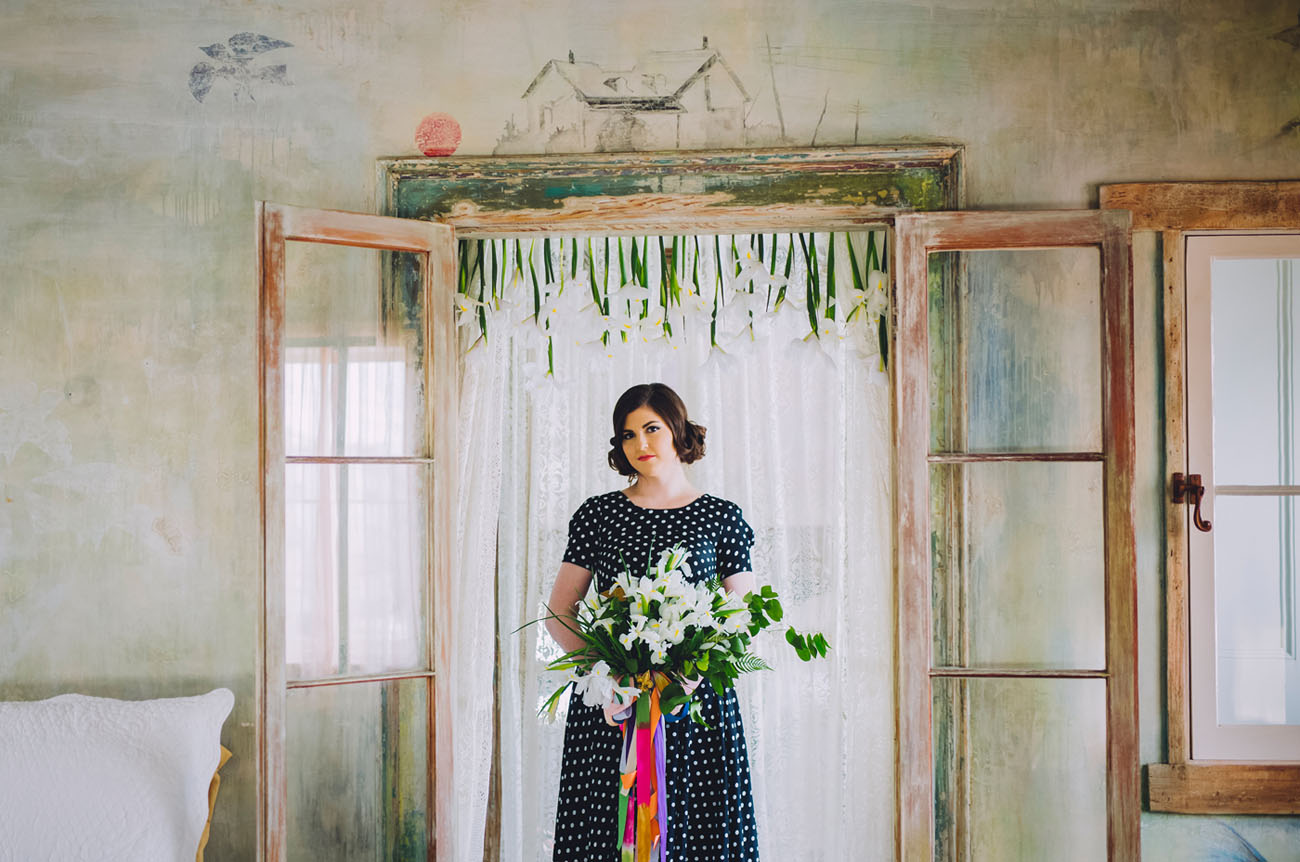 How pretty is this venue? We’re loving the dilapidated interior, especially with the irises hung from the doorway! 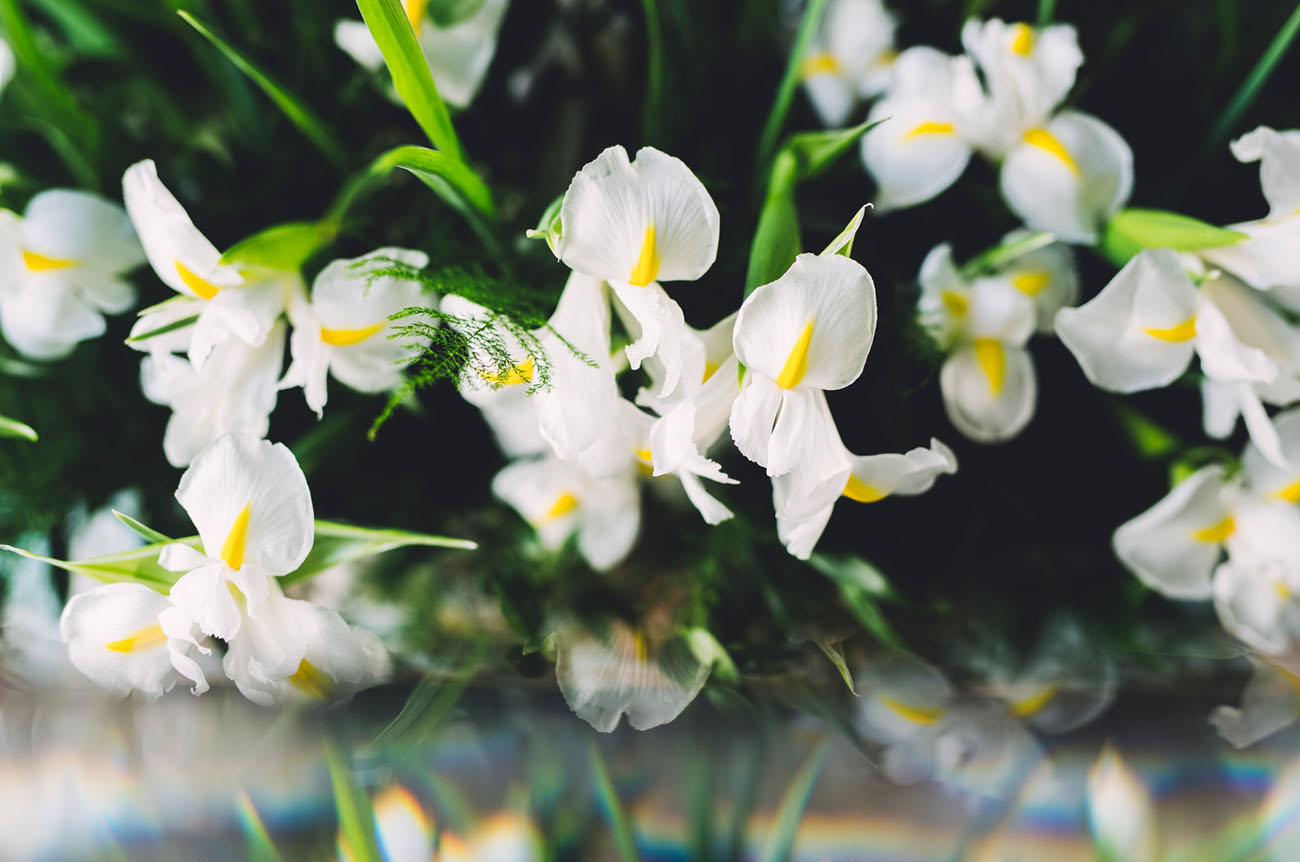 Based on the language of lowers, purple irises represent wisdom + compliments; blue stands for faith + hope; yellow is passion; while white irises are a symbol of purity. 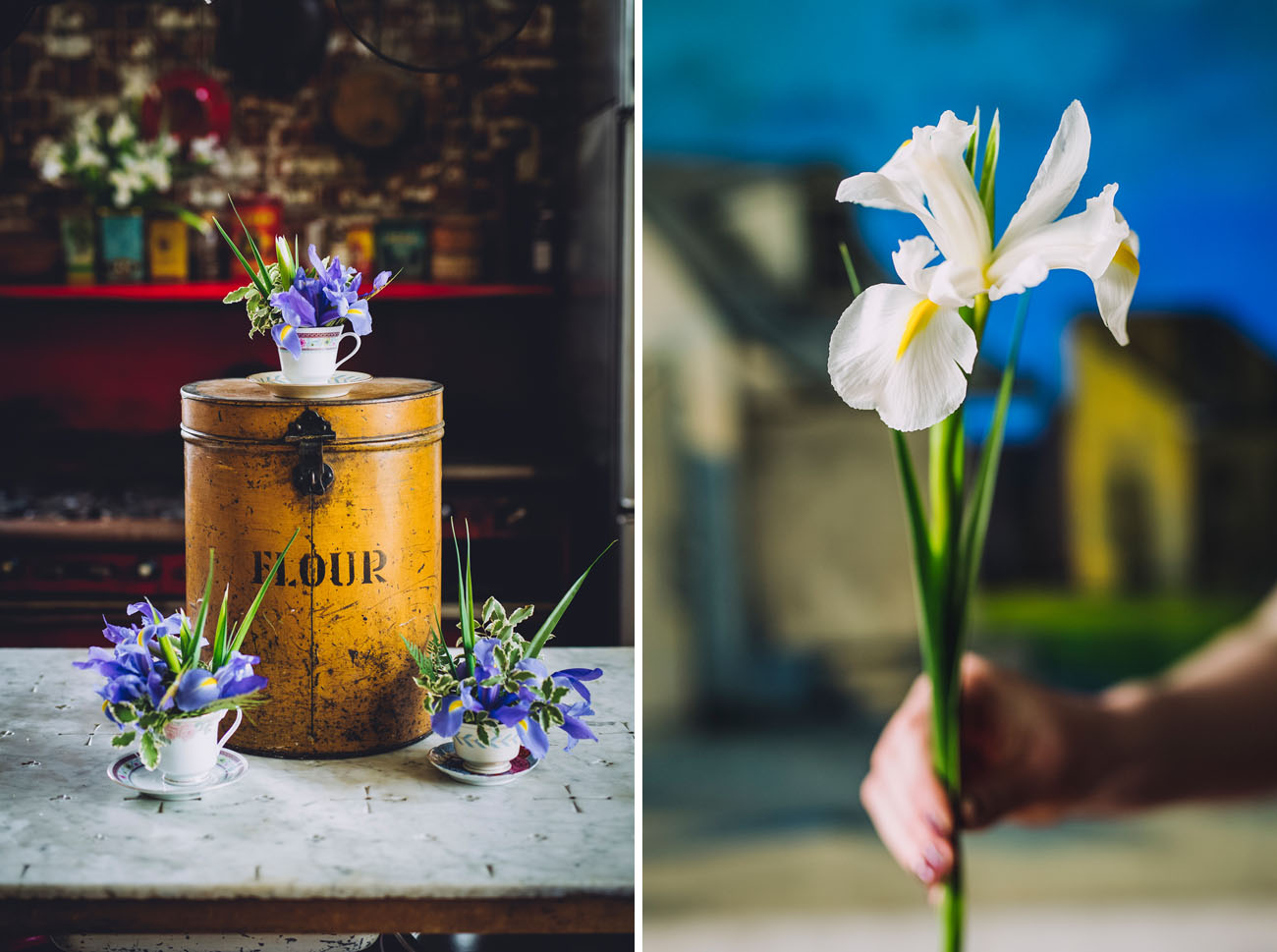 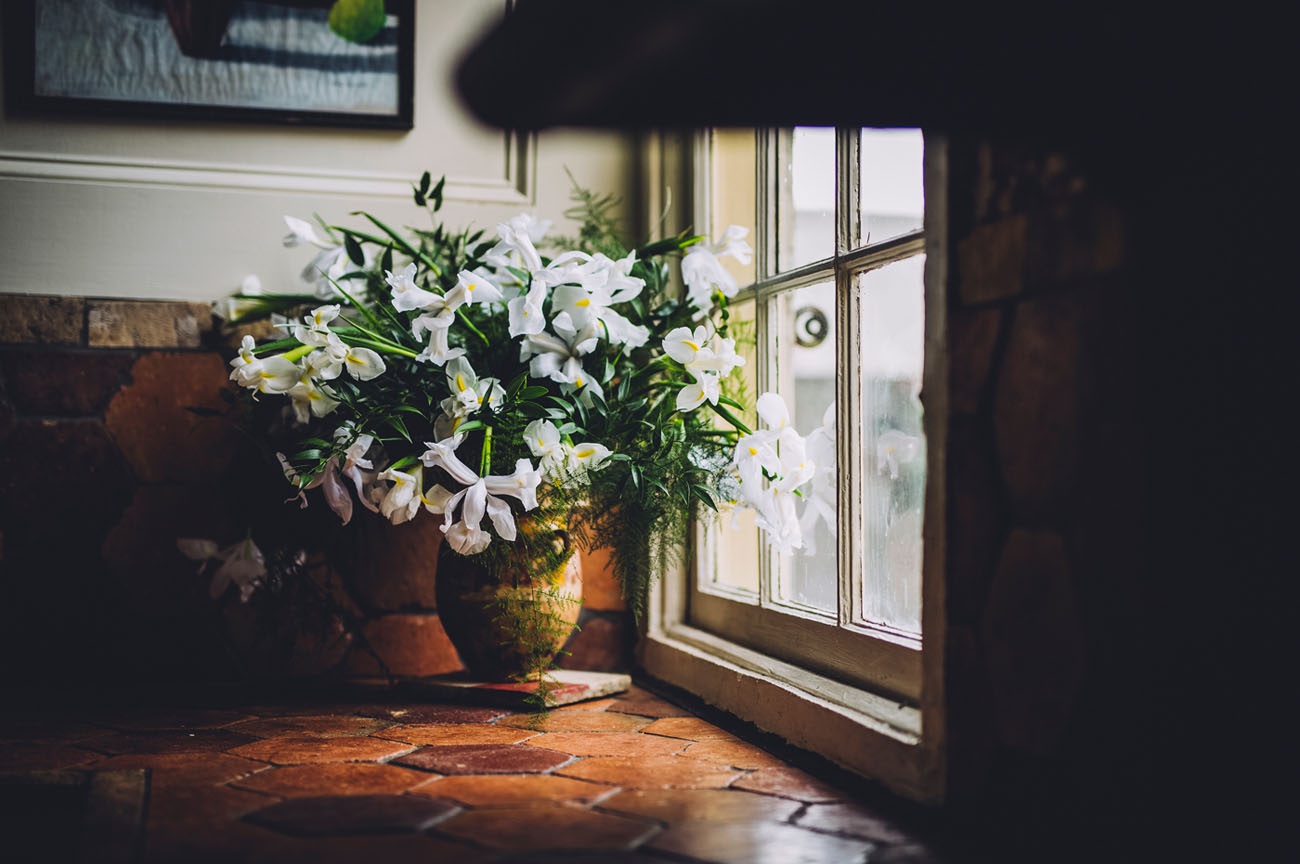 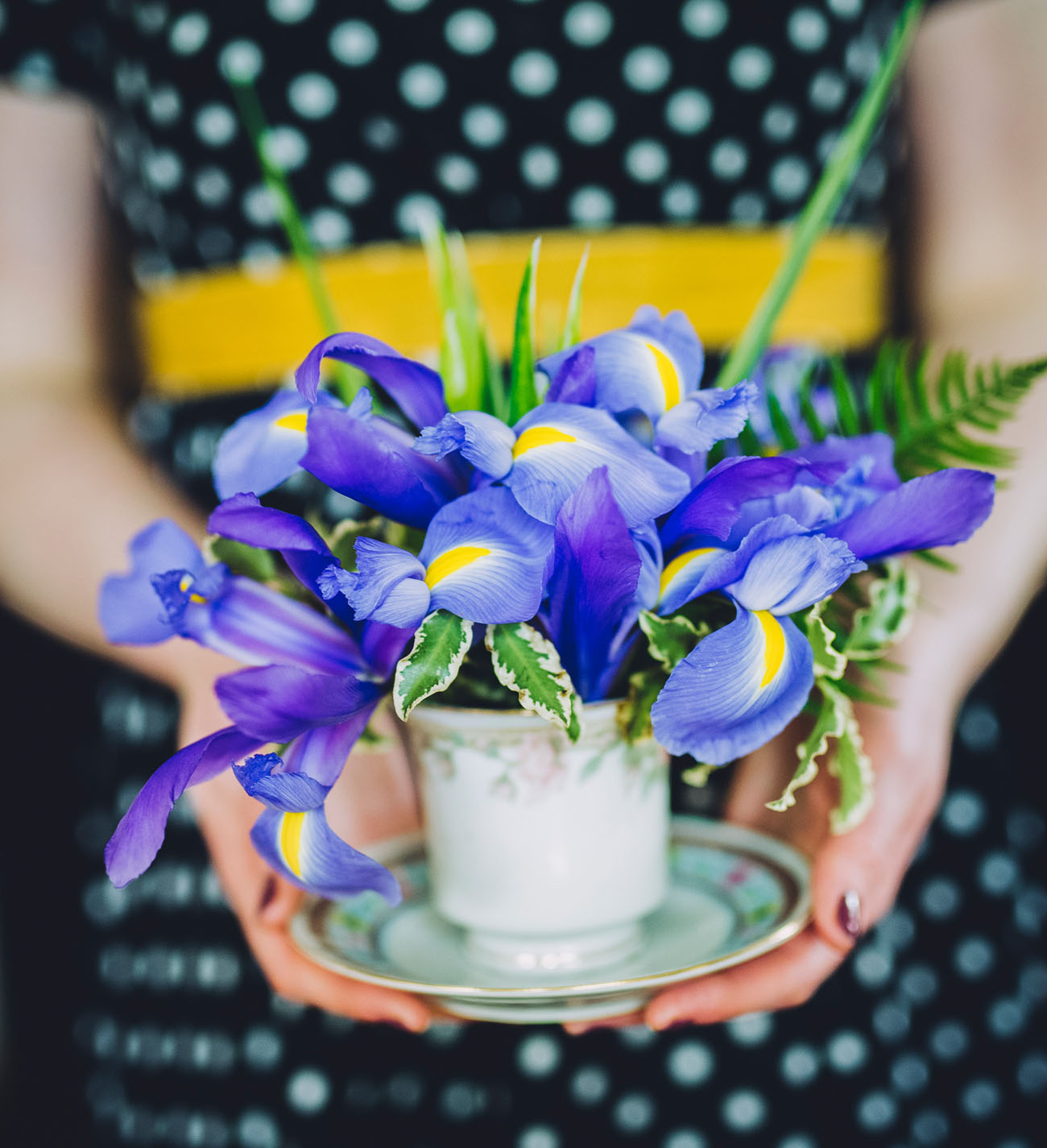 Thank you to Poppy + Mint Floral Company + the rest of the team for all the iris inspiration!