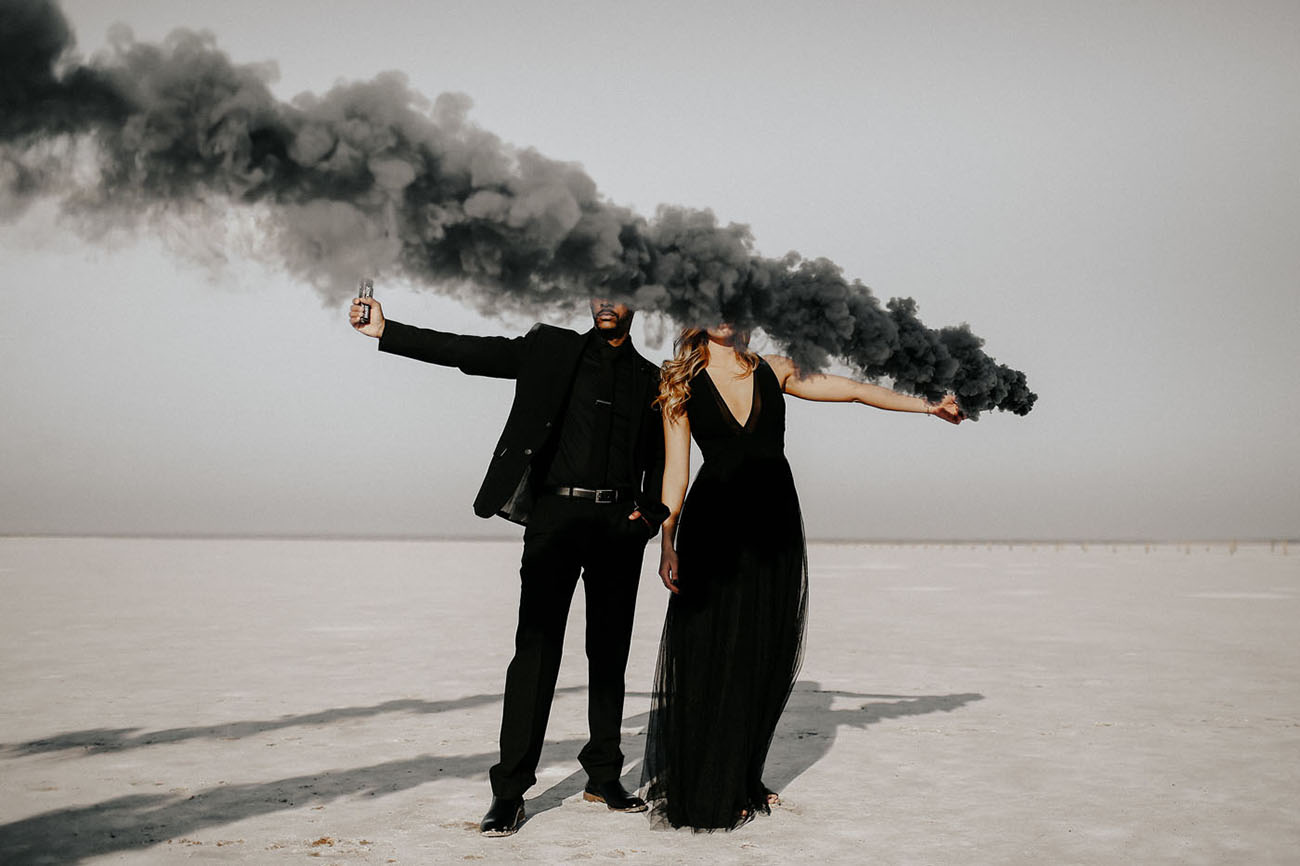 GUYS, GET READY. There’s a lot more that meets the eye to today’s “styled shoot,” and it’s the fact that Rich (the groom) planned the whole thing with videographer, April Kirby, in order to propose to his darling Kaylyn! Kaylyn is a professional videographer, so Rich knew that when he proposed, she would want it on video (smart man). Well, Rich contacted April saying he couldn’t wait any longer, he wanted to propose ASAP. The moment he suggested doing some sort of video portrait session, April was completely on board. She shares I needed to figure out a good explanation to give to Kaylyn about why I needed her and Rich for a dressed up styled shoot. In order to keep her suspicions at bay, I told her I wanted to feature an interracial couple to support the aesthetic and contrast I was going for.

The duo enlisted photographer, Melissa Marshall, thinking the bigger the shoot the more believable… And all the while, Kaylyn had no idea! April shares a little about the inspiration for the “styled shoot” element of the day: I wanted to create something in the lines of a high-fashion perfume commercial, mixed with the song “Break Apart” by Bonobo. Going with the black and white aesthetic, we decided to shoot at the Salt Plains National Wildlife Refuge near Jet, Oklahoma. The Salt Plains are a minimalist’s dream: clear skies + white flatlands as far as the eye can see. We dressed Rich and Kaylyn in all black, and to help them look extra beautiful, we enlisted the help of Chelsey Ann Artistry to make Kaylyn feel like a queen. Melissa and I really wanted to make some cool, edgy shots for this surprise proposal, so we purchased smoke bombs. 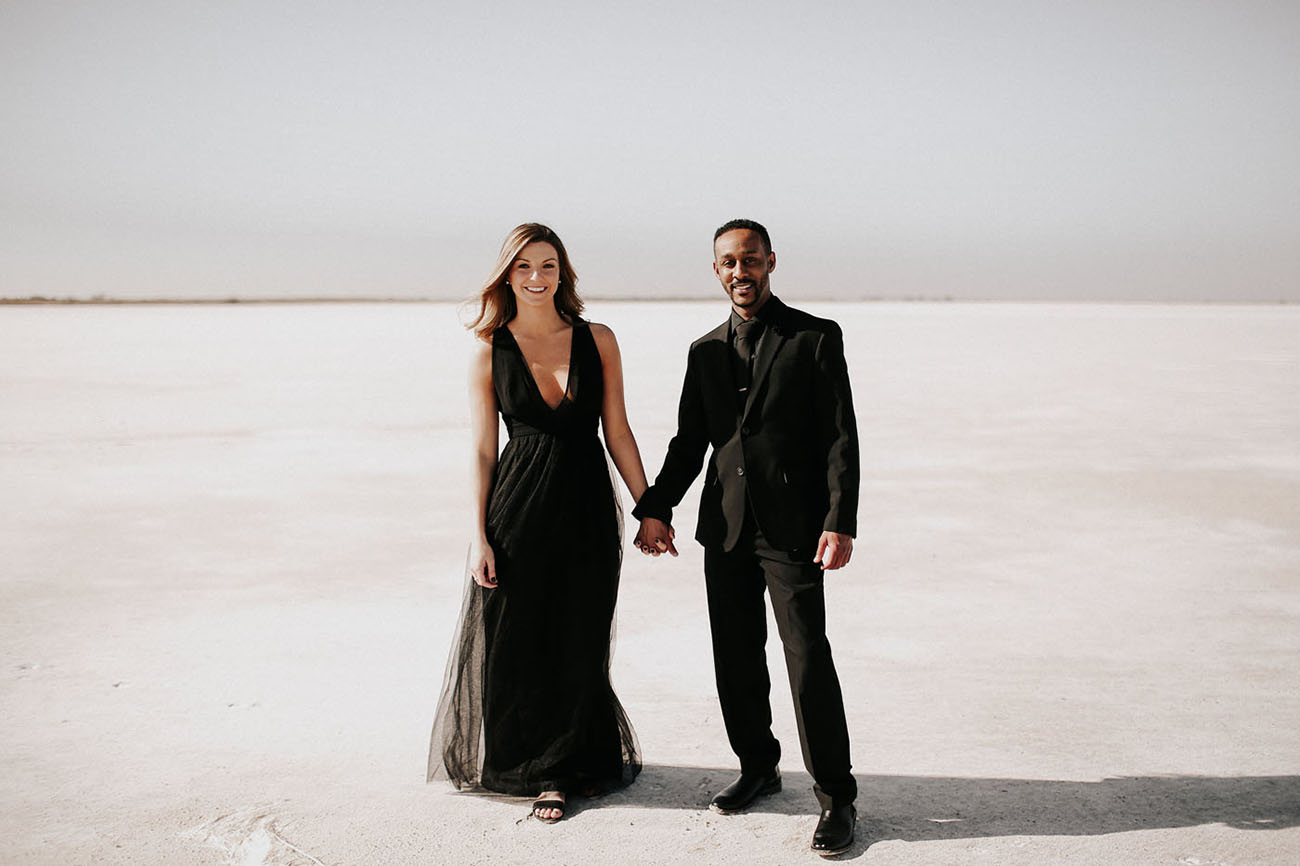 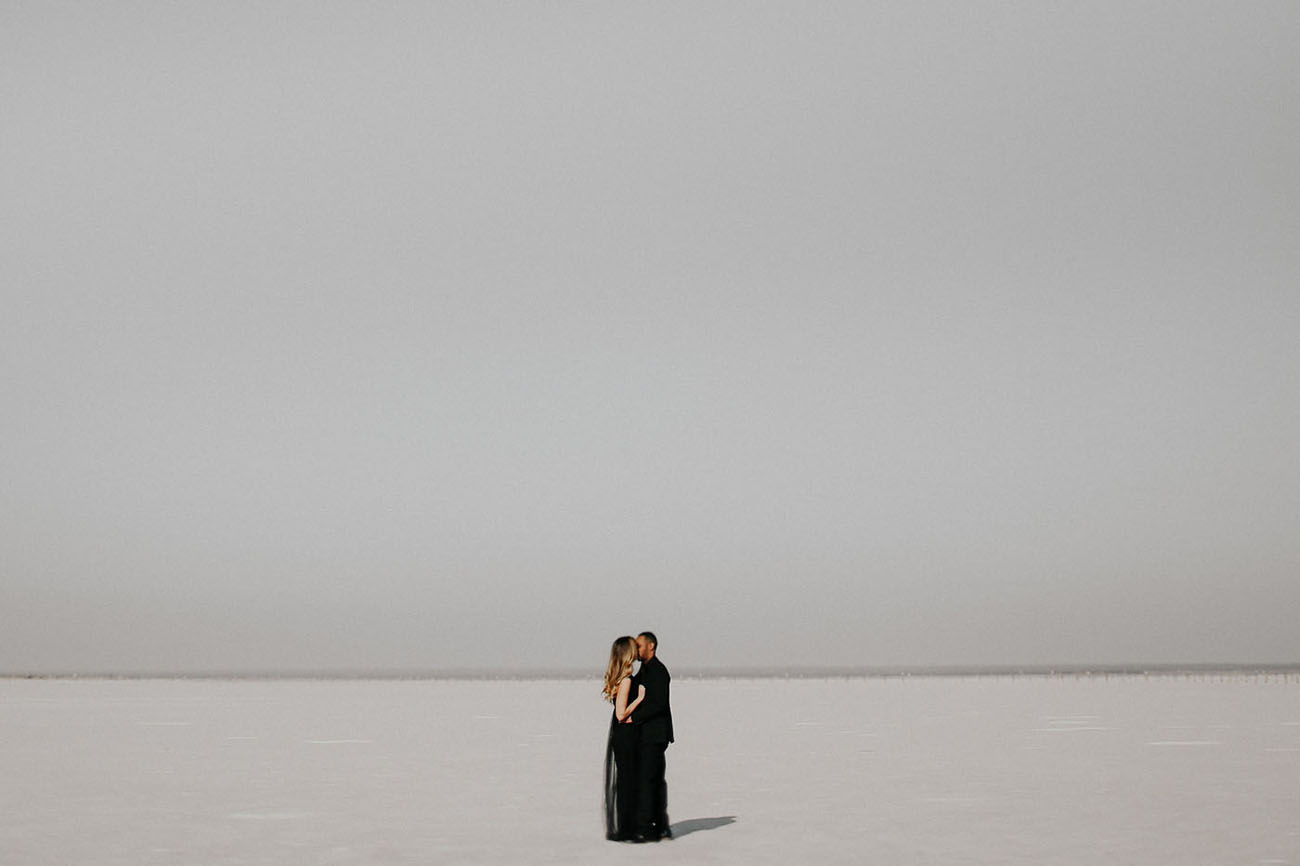 I told Kaylyn I wanted to do an experimental video portrait slash love confession piece… I had to get creative in order to have Rich and Kaylyn mic’d, so I told them I wanted there to be a narrative of vow-like confessions of love. 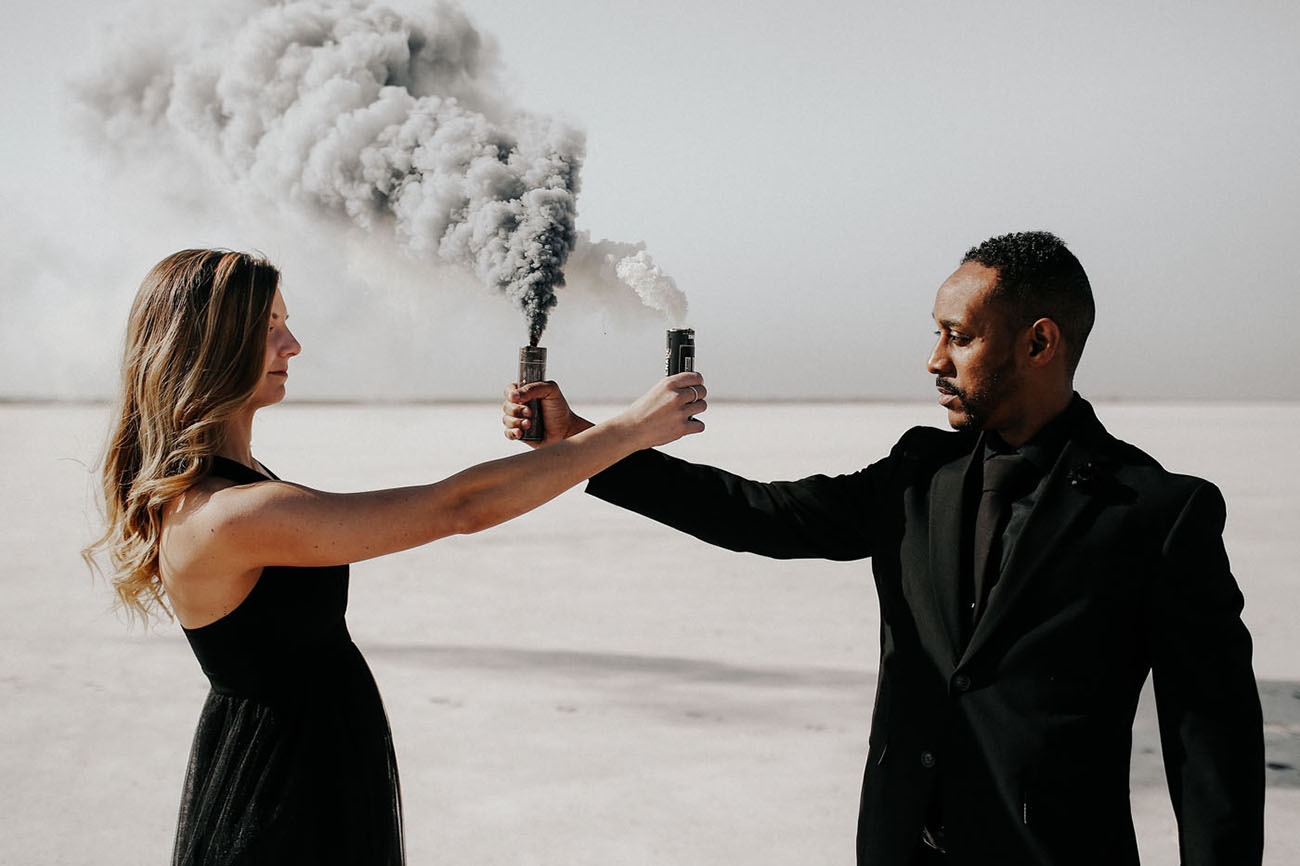 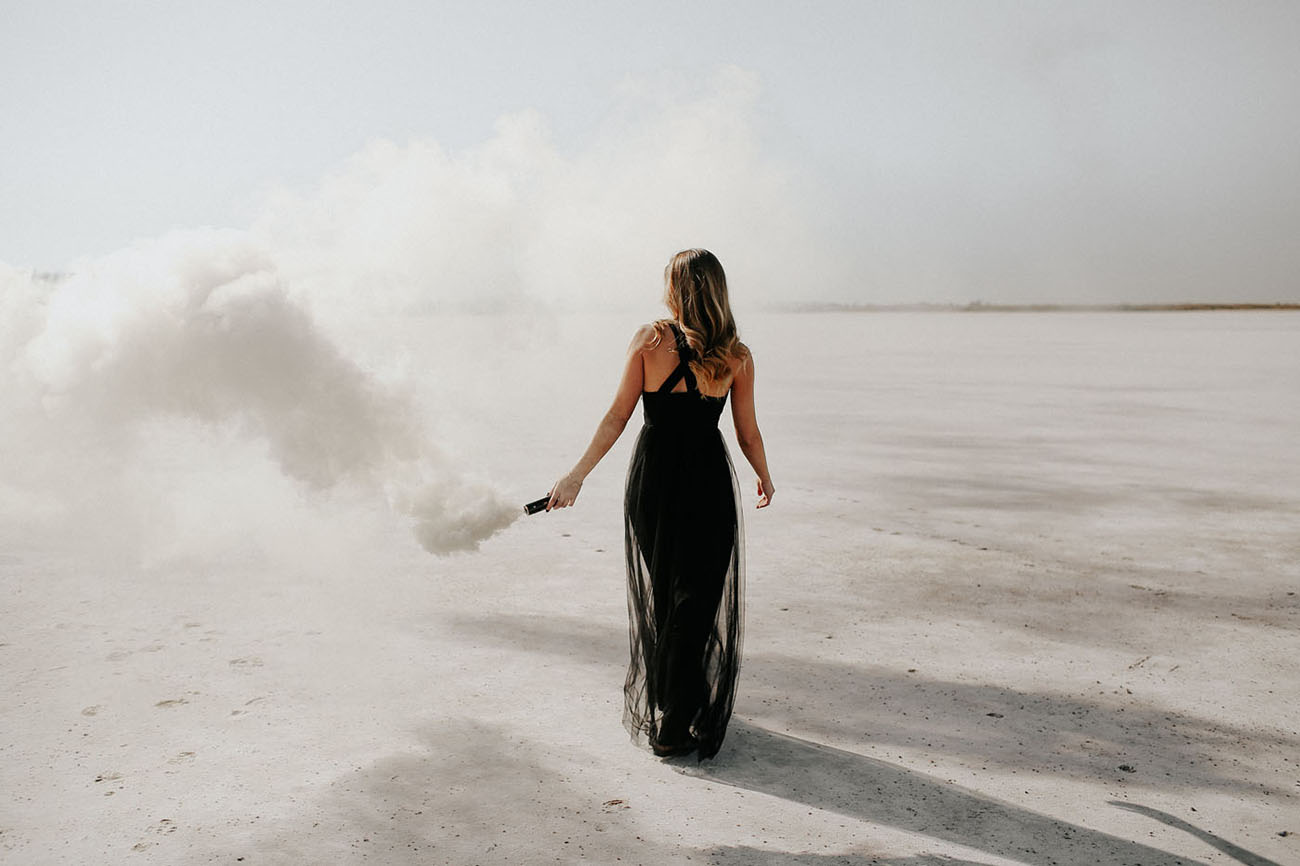 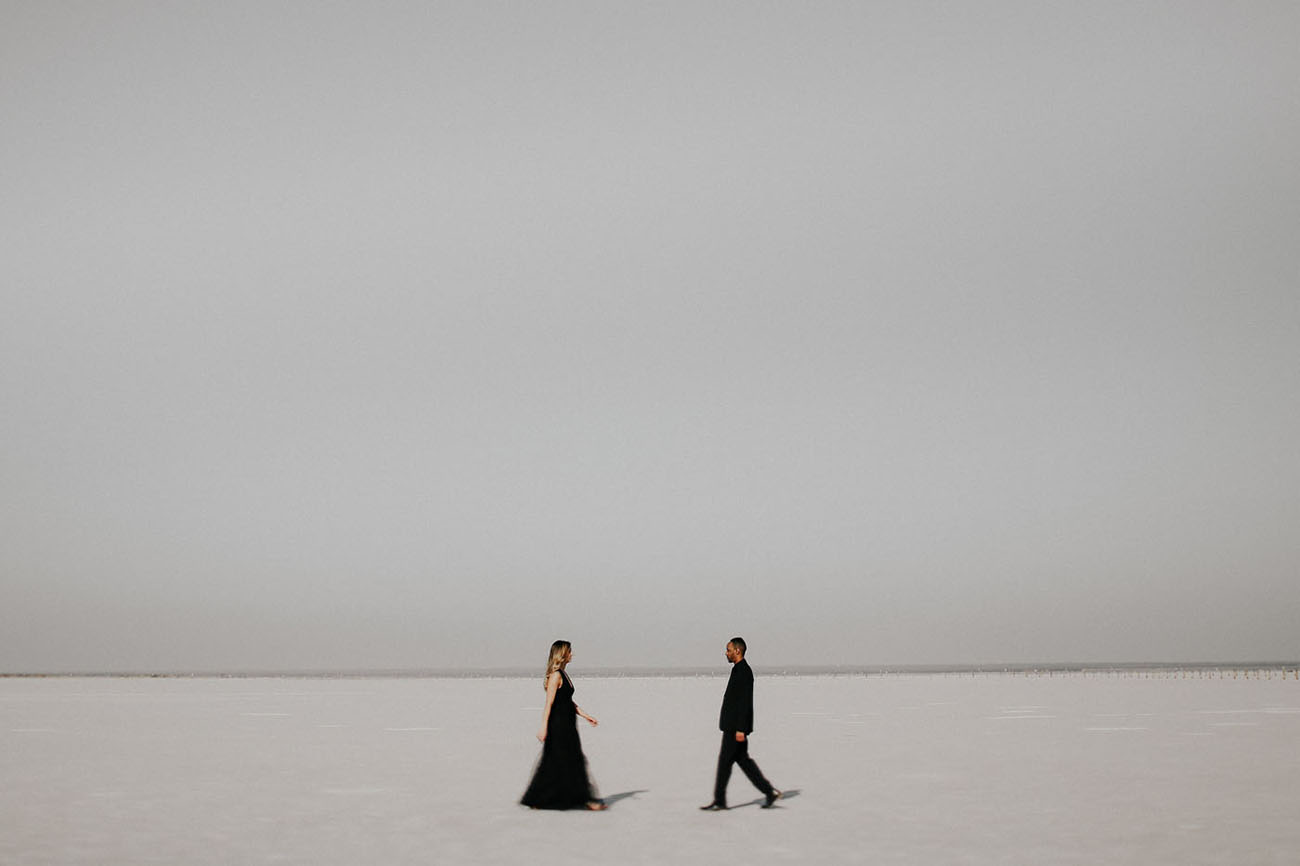 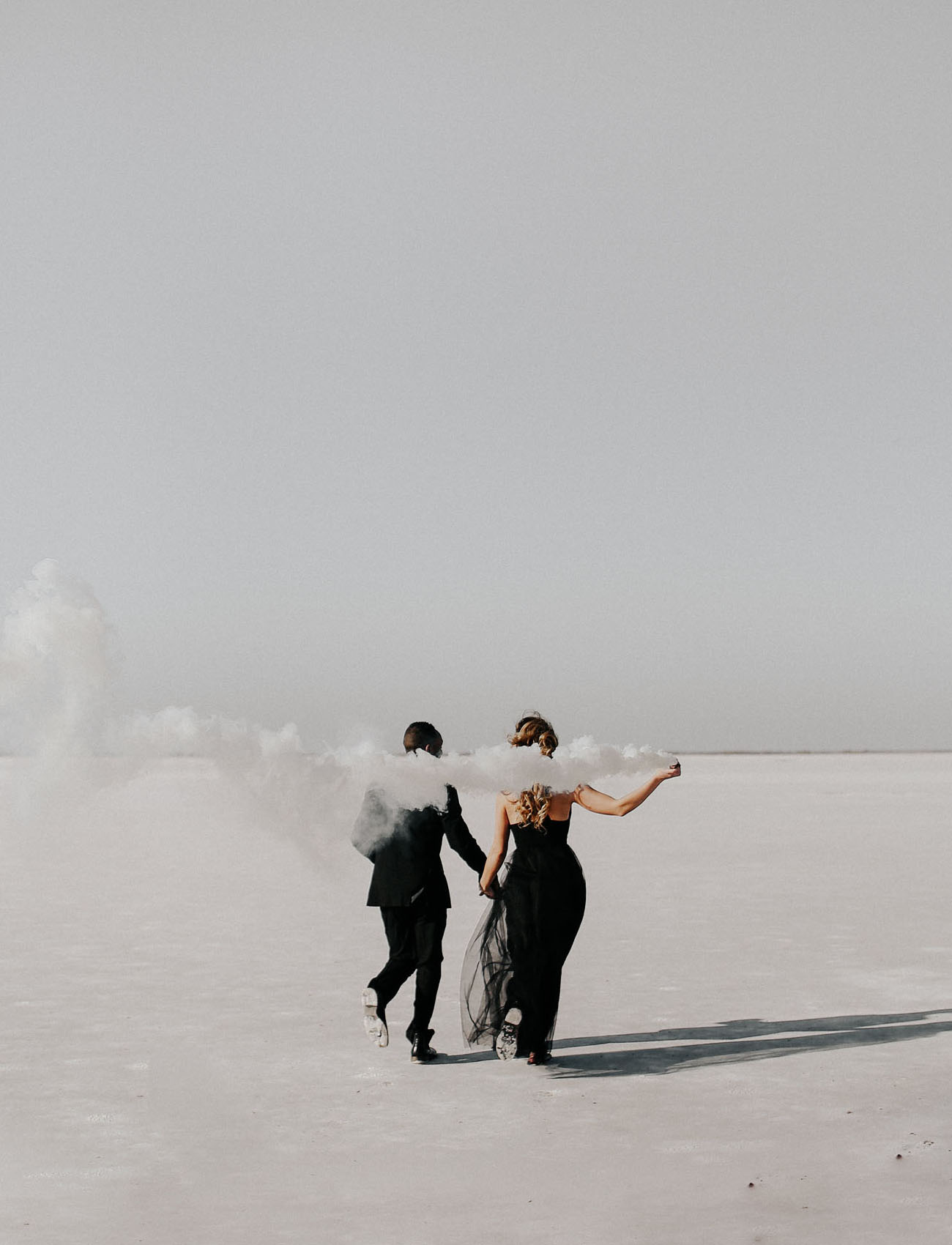 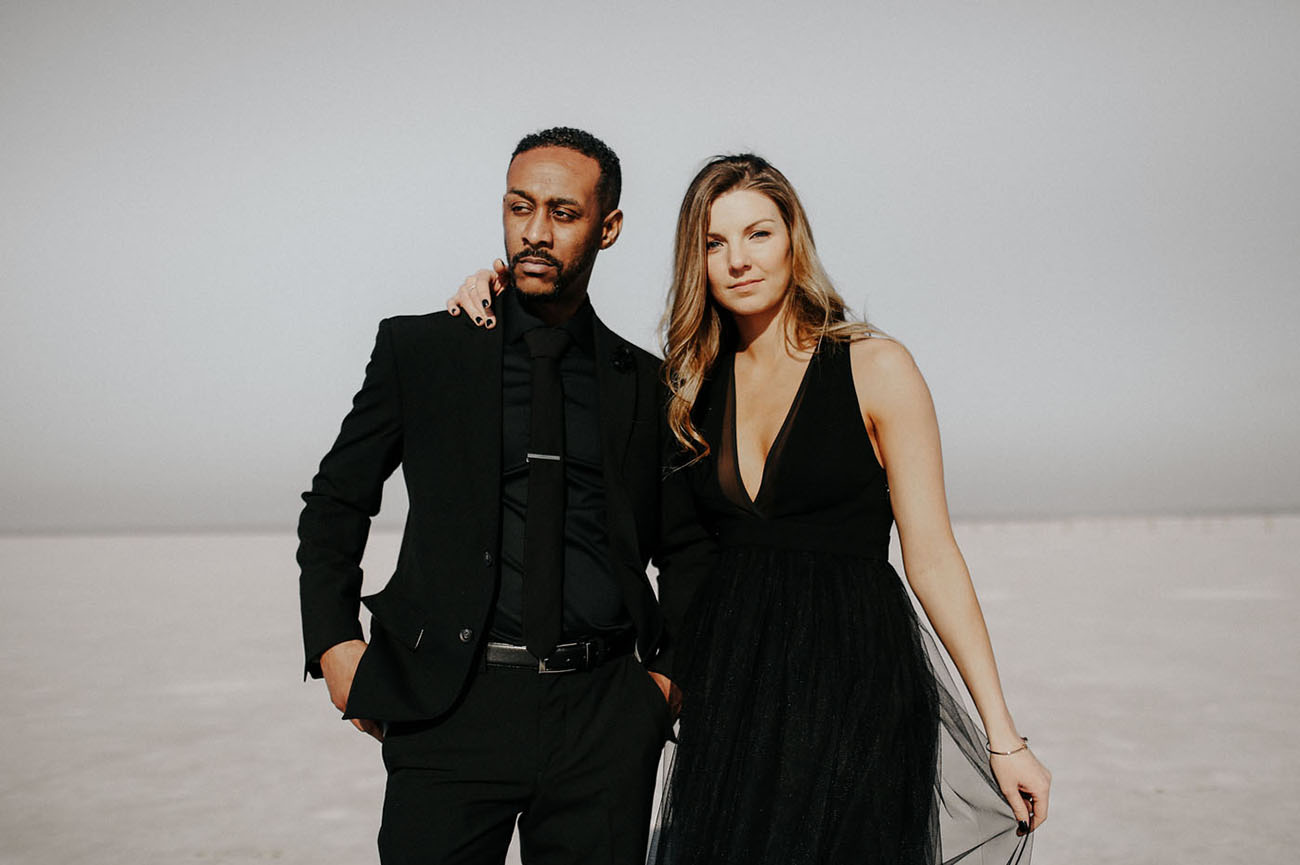 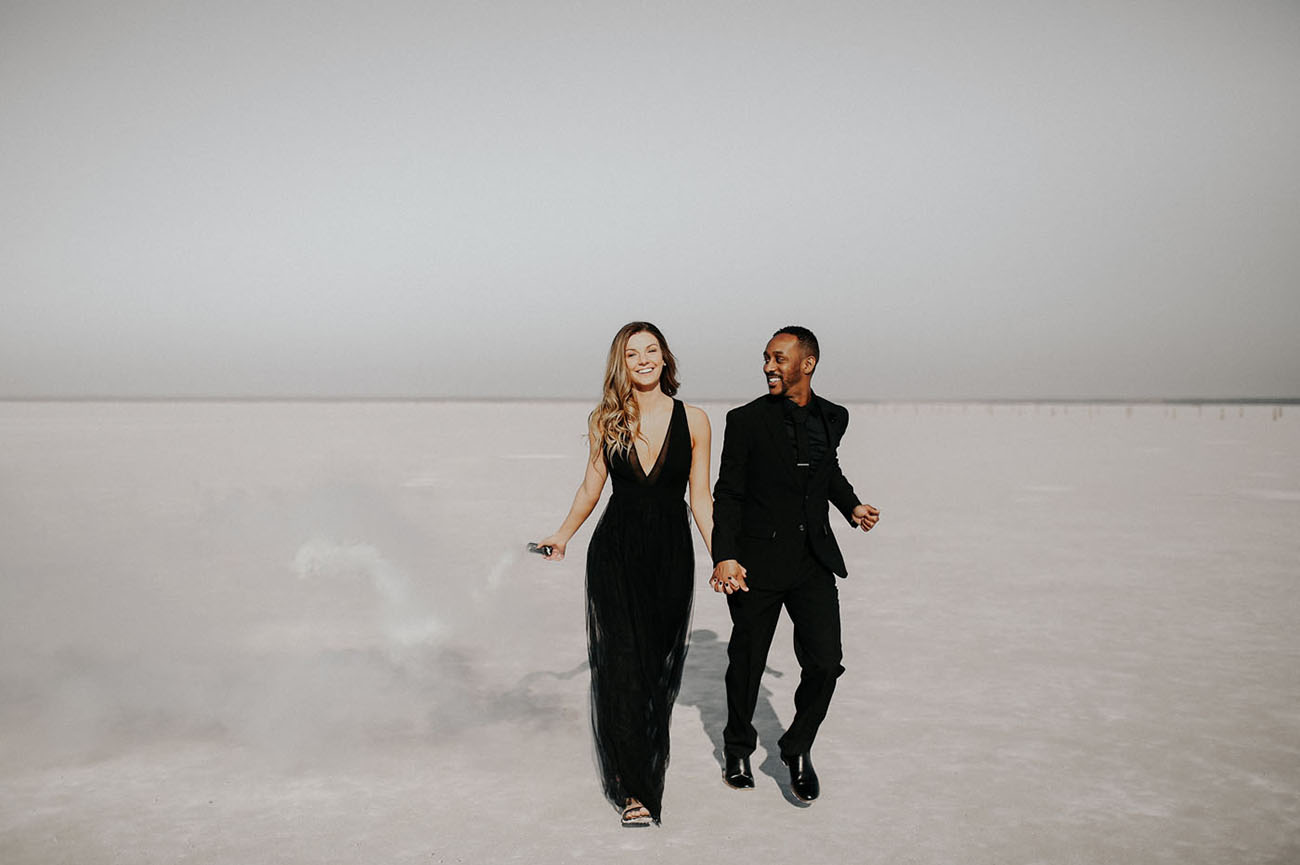 Can we take a moment to admire their stylin’ outfits? Oh, and Kaylyn’s gown? It’s from Dillard’s. 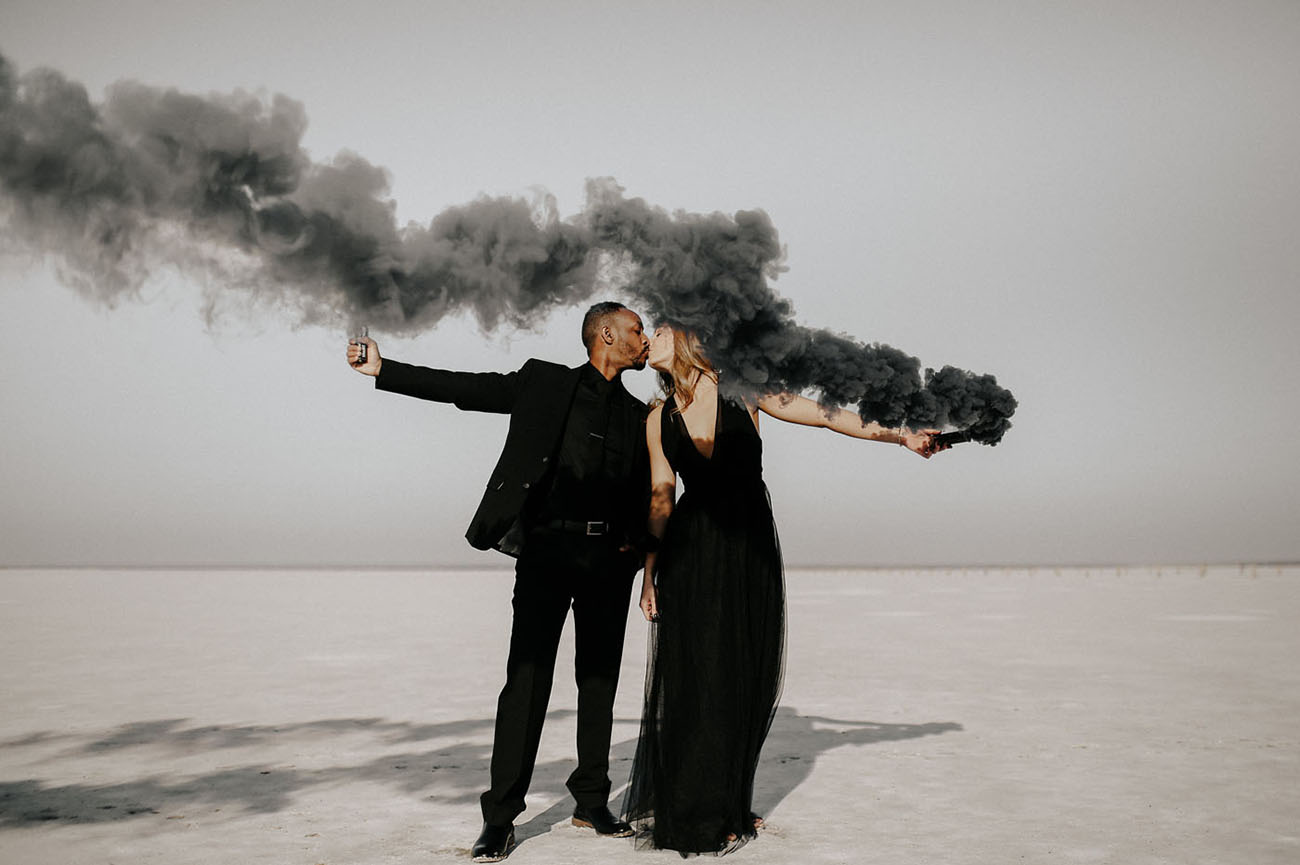 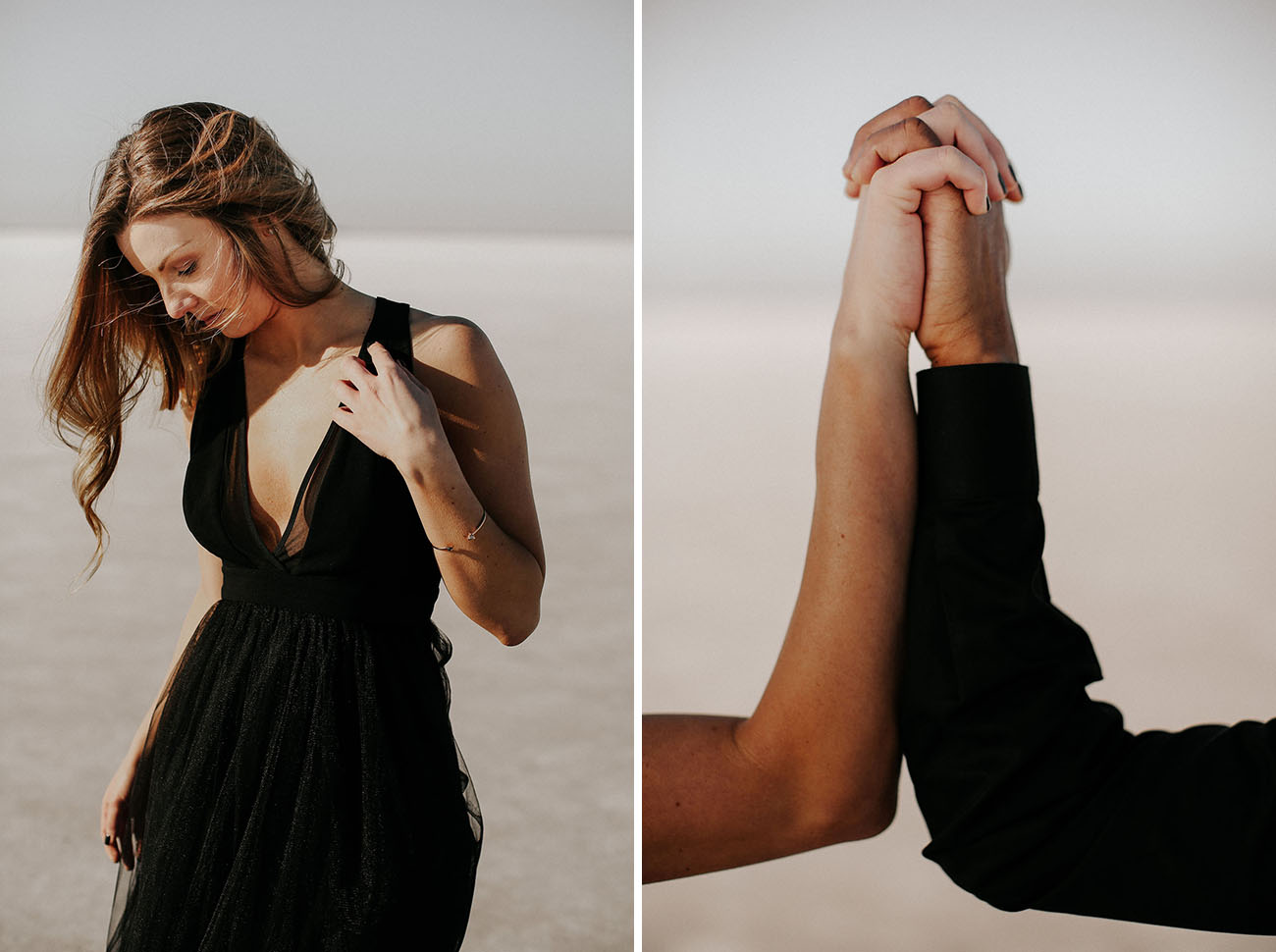 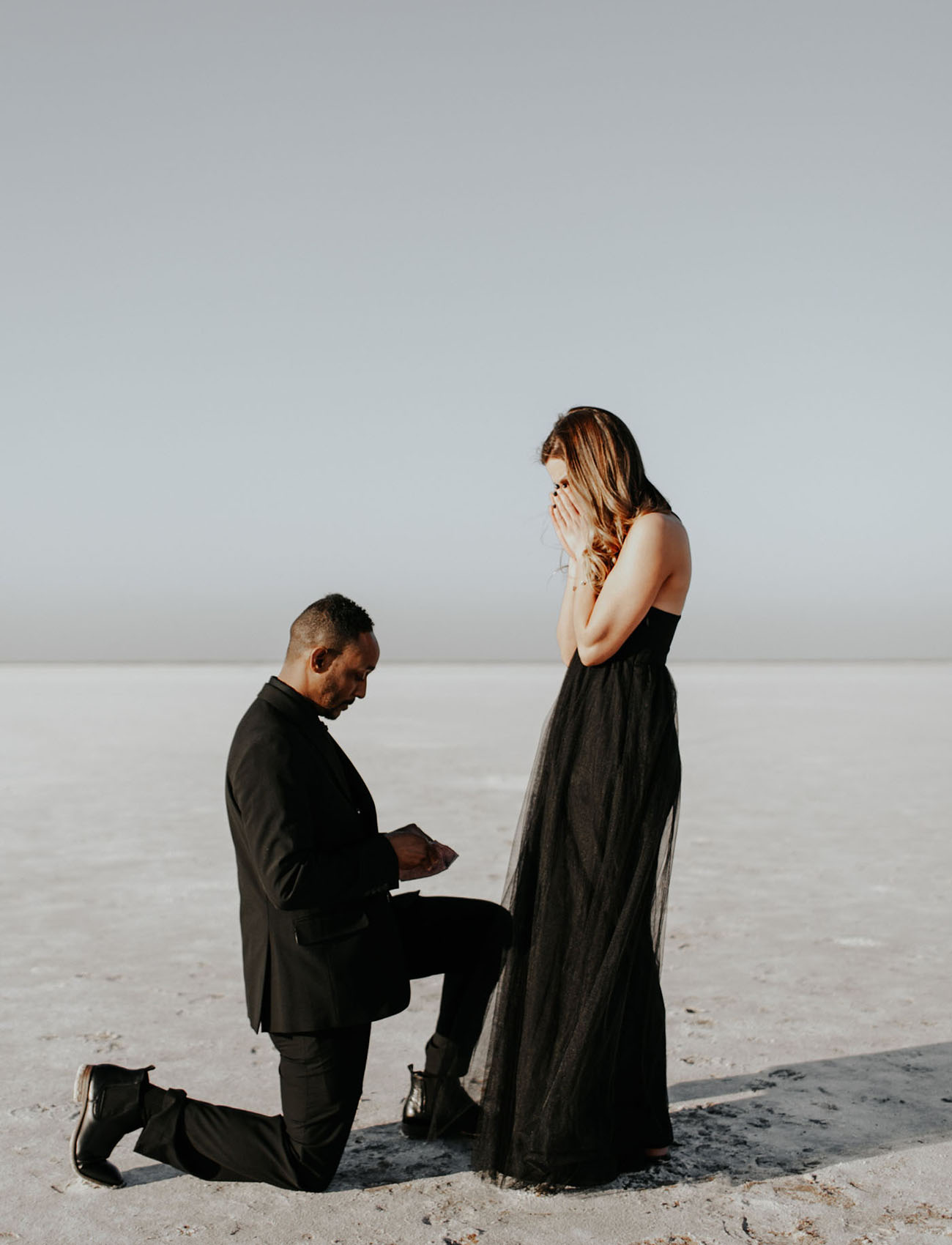 April shares: After the portraits, I was able to control the situation a bit and set them up along with a couple camera angles — knowing the proposal was about to come! We had Kaylyn go first, saying her “vow confession” – and let me tell you that girl had me in tears with how much she loves Rich. I was oozing with anticipation for the proposal, and Rich pulled it off perfectly! 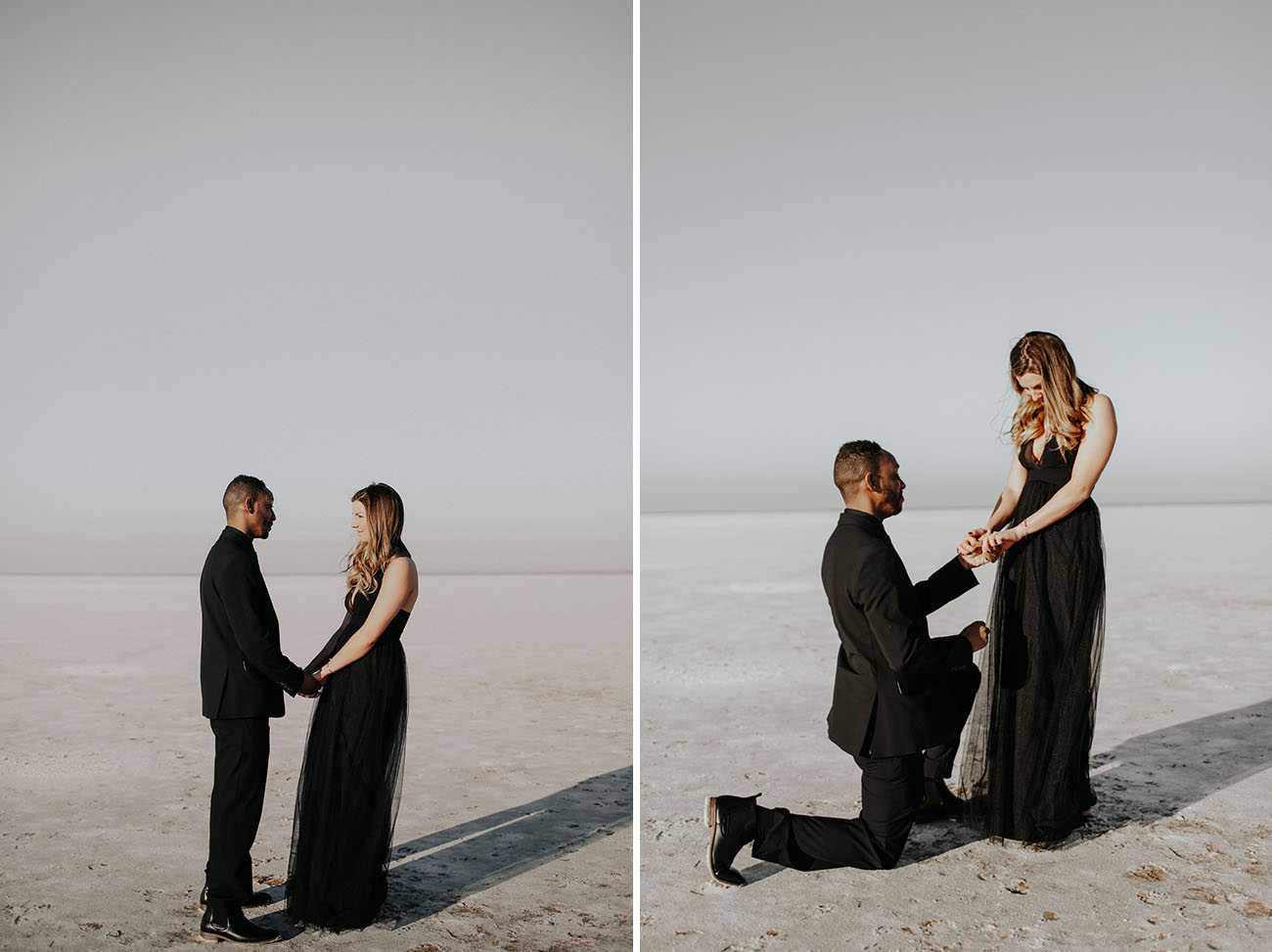 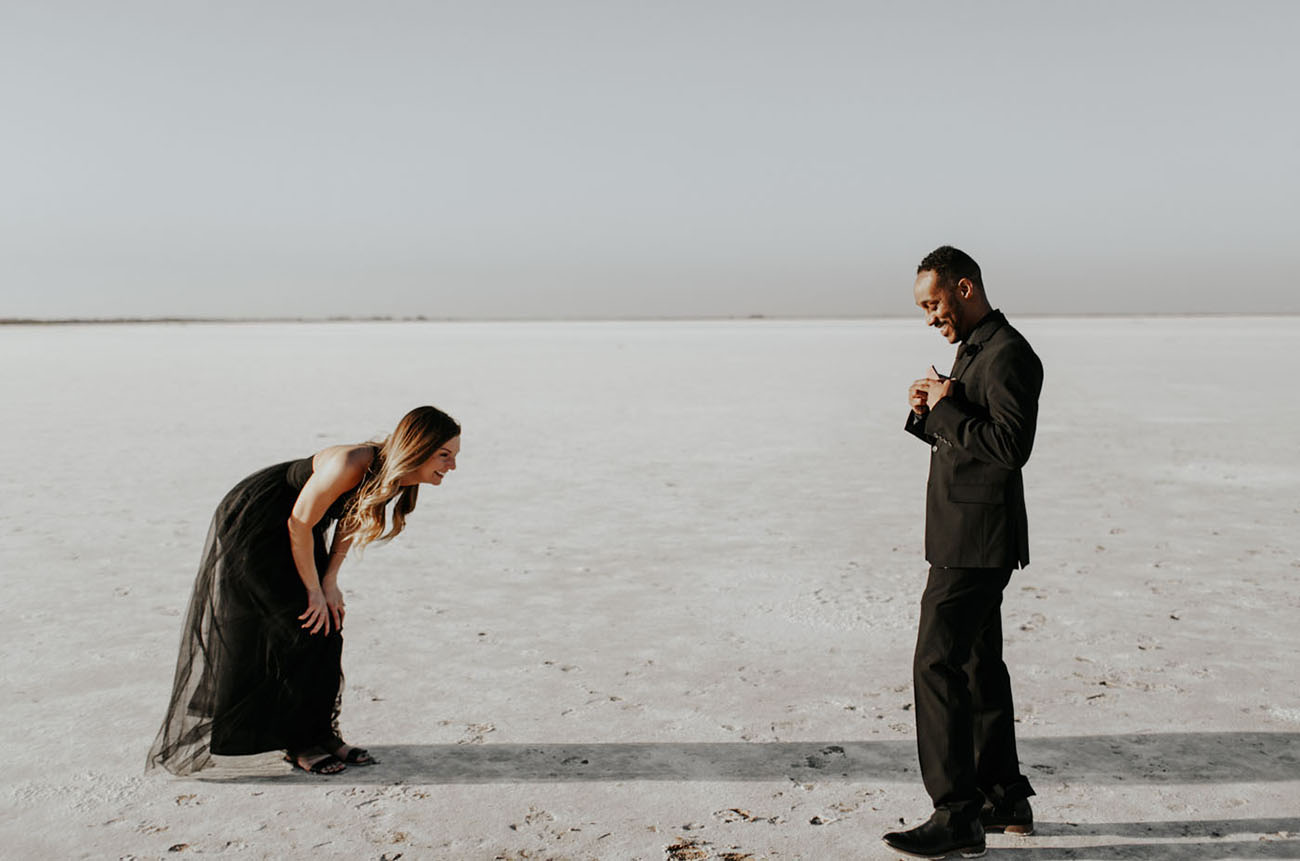 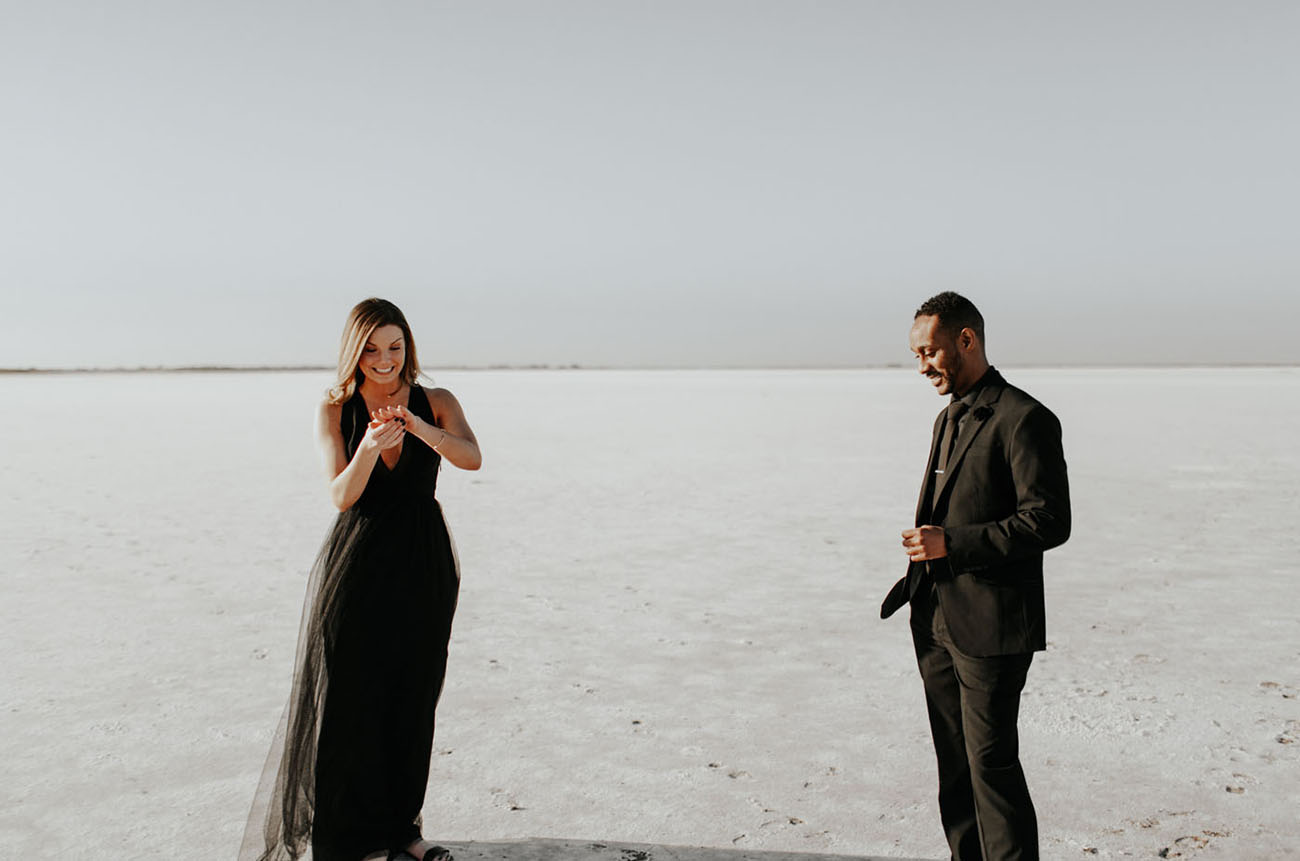 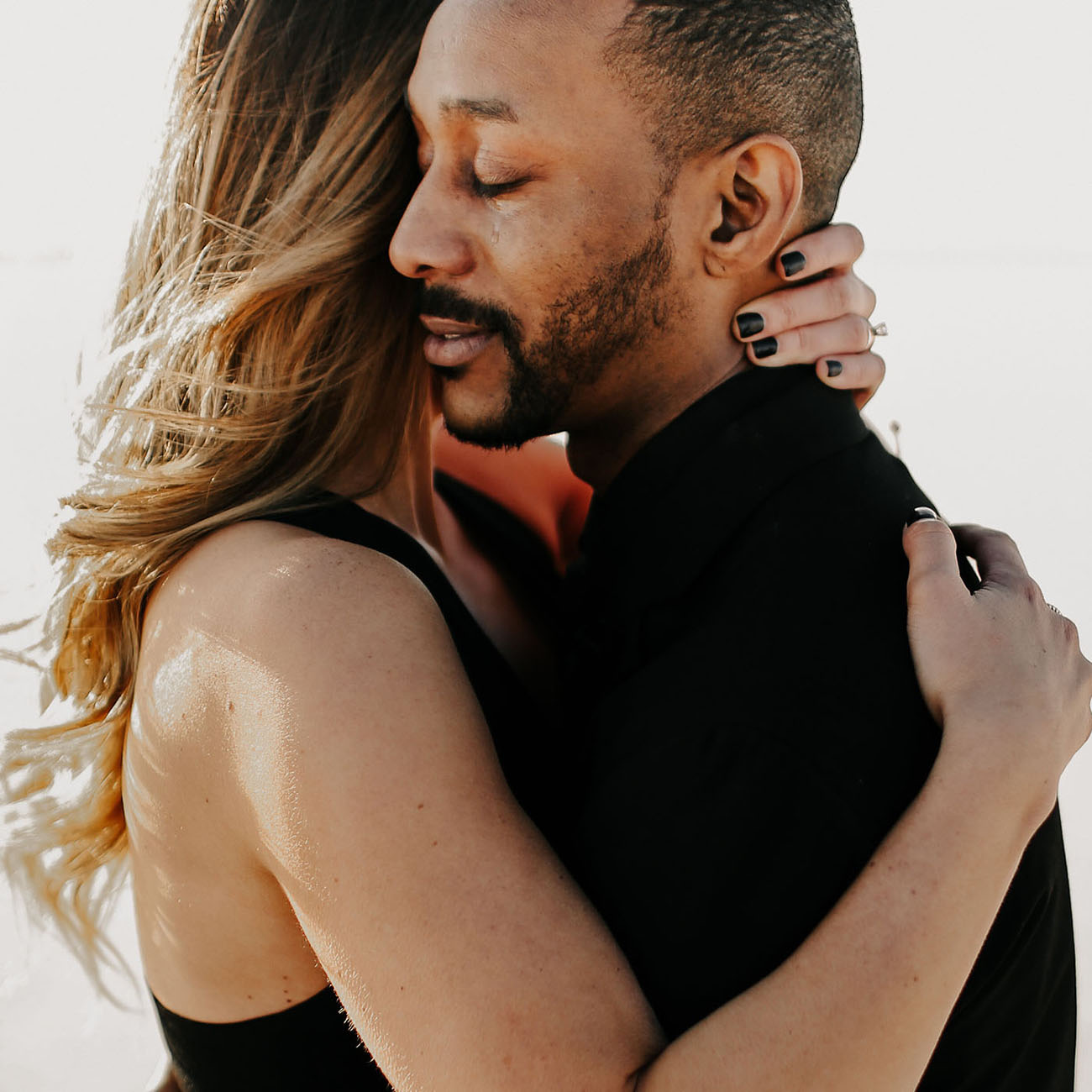 All the feels. ALL OF THEM!! Right after Rich proposed, he played their song “Say You Won’t Let Go” by James Arthur, and the two of them slow danced while crying and soaking in the moment. 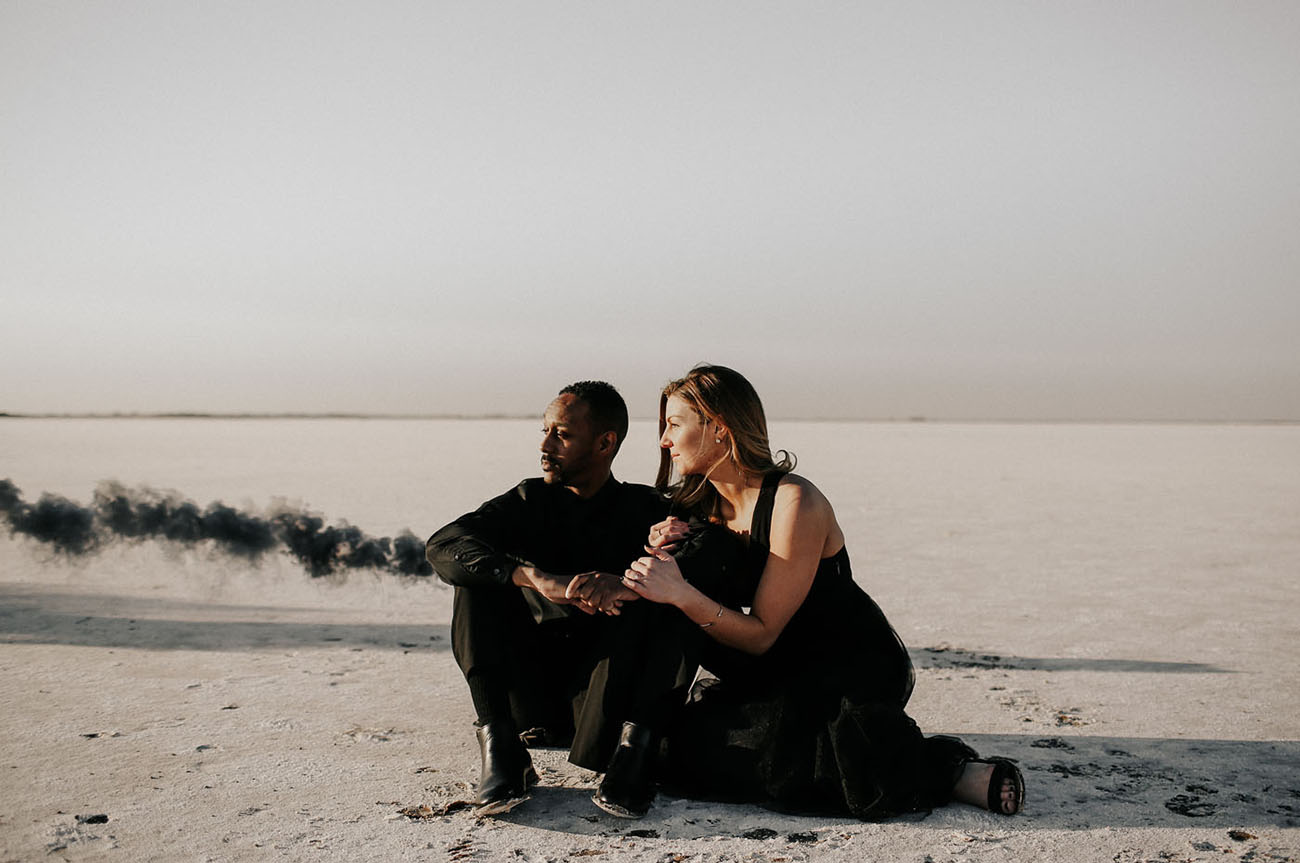 HOLY SMOKES, quite literally. We’re so thrilled for you, Kaylyn + Rich!

Now, try to make it through their proposal video, captured by April Kirby Video, without shedding a tear… We dare you!

Her Boho Meets His Traditional For a Stylish Seattle Wedding

Late Autumn Wedding with Overflowing Florals + a Touch of Glitz