Stephanie + Ben were married on April 30, 2008, but had another three years later, on May 29, 2011. They first tied the knot at City Hall after just nine months of dating, but decided to get married “again” and invited friends from all over the world to celebrate with them. Just love that. :) Their second wedding took place at Blue Hill at Stone Barns, a farm-to-table restaurant situated on an agricultural center in Pocantico Hills, New York. Located just 30 miles north of Manhattan, the working farm was the perfect spot for the couple’s rustic, bohemian reception – and one of my most favorite New York wedding venues! Thanks so much to Robert Sukrachand for all the lovely photos! 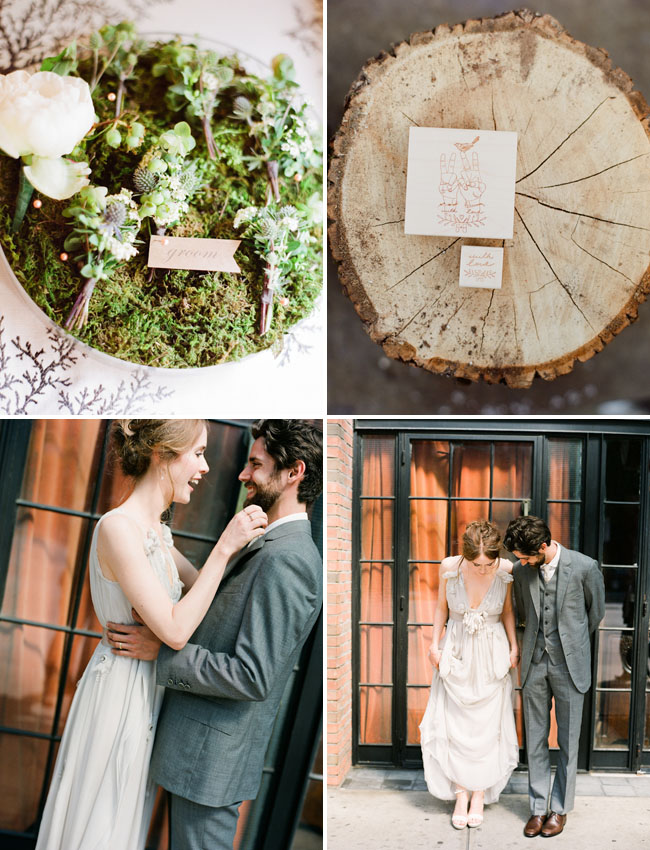 I love their invitation by Ice Cream Social with an illustration based on a picture of them in India holding up peace signs. Since this was a “second wedding” for them, Stephanie gave Ben a necklace designed by Hannah Clark for Ben and Ben gave Stephanie a vintage diamond ring from Doyle and Doyle. Both beauties were carried down the aisle on a rough piece of crystal quartz nestled in a rectangular ceramic container filled with moss. 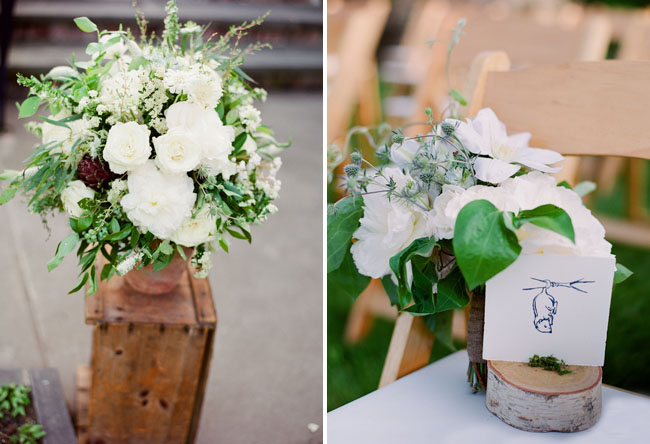 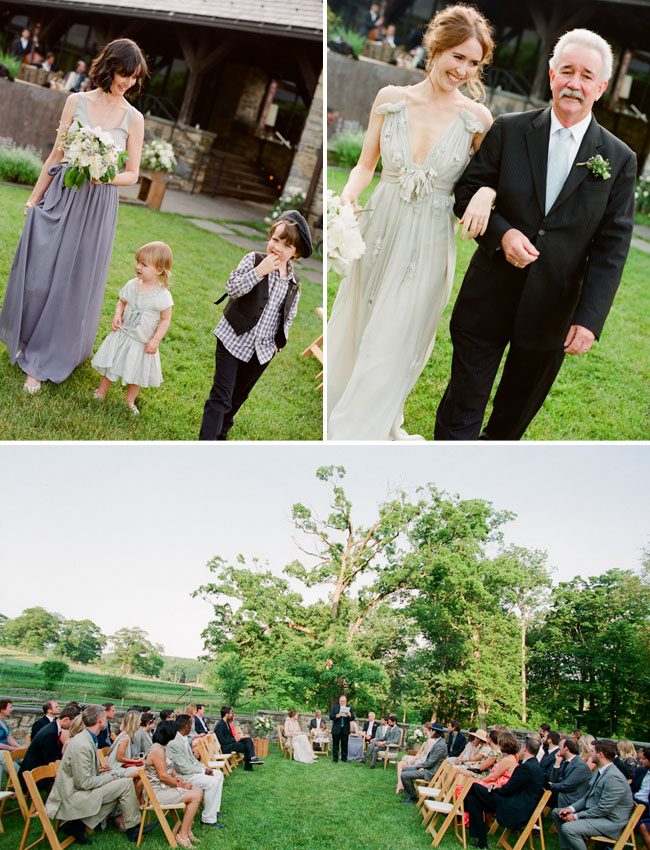 How lovely is their ceremony set-up?! Given their shared appreciation for meditation and yoga, Stephanie + Ben chose to add a spiritual element to their ceremony. Each guest wore a Mala garland, which represented the circle of being present. Stephanie and her mother made all the necklaces themselves with Buri seed beads and Griffin Silk Beading Cord. 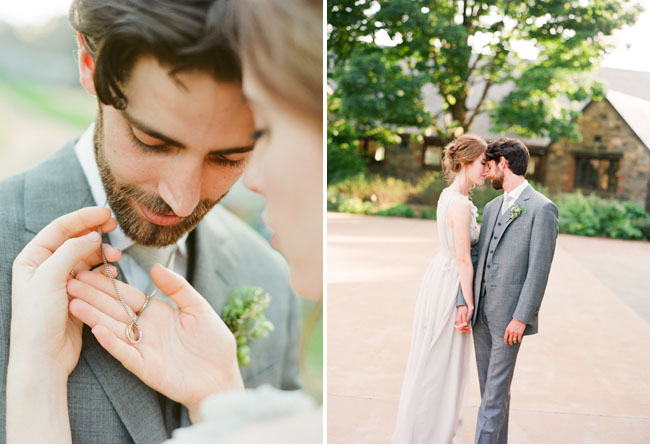 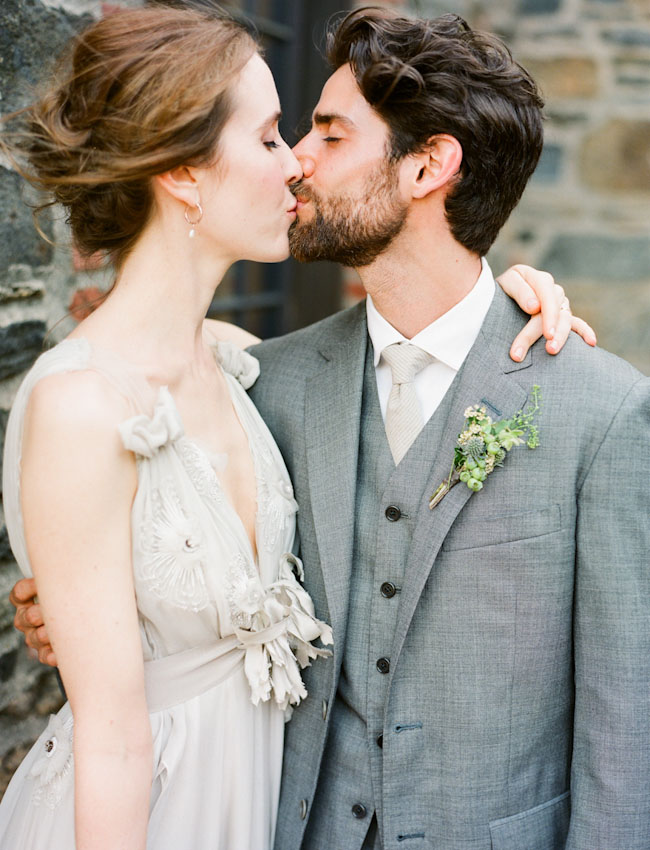 Stephanie wore a bright blue dress for their city hall wedding, so she chose a more muted blue for this wedding. A gorgeous light-gray Lanvin gown with Lanvin shoes. Such a stunning dress!! Ben had his three-piece suit made at Freeman’s Sporting Club. Such style – just love it! 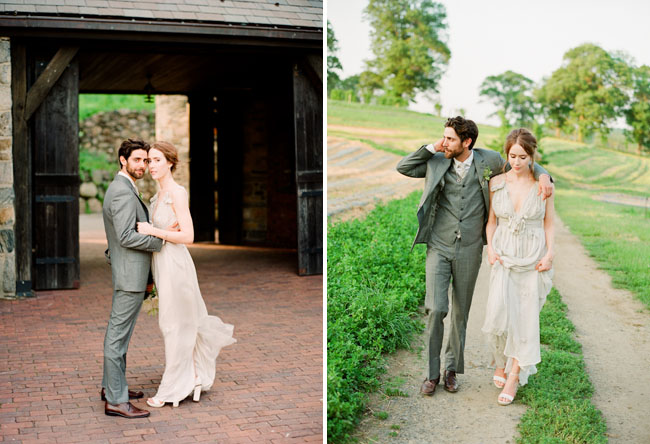 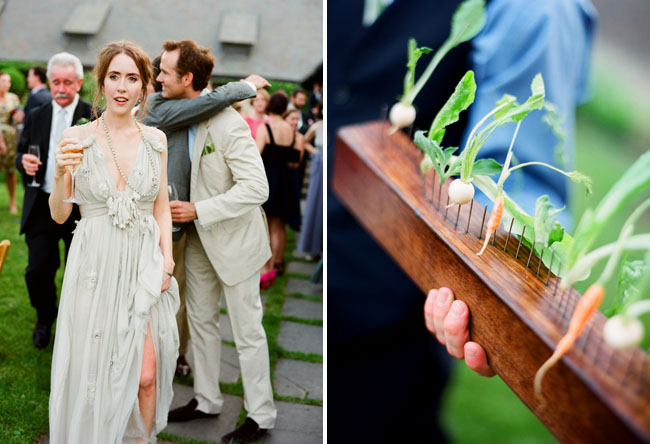 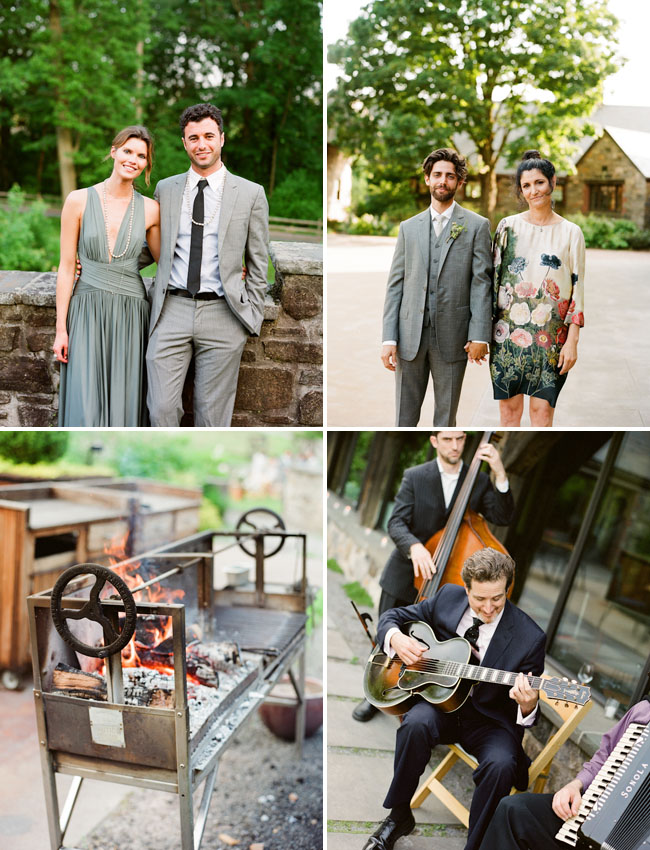 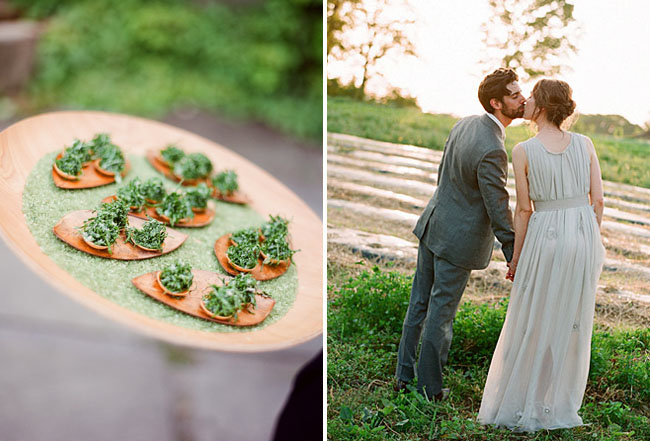 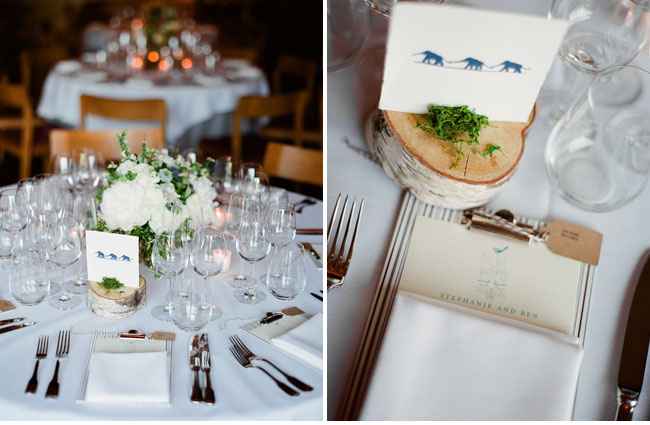 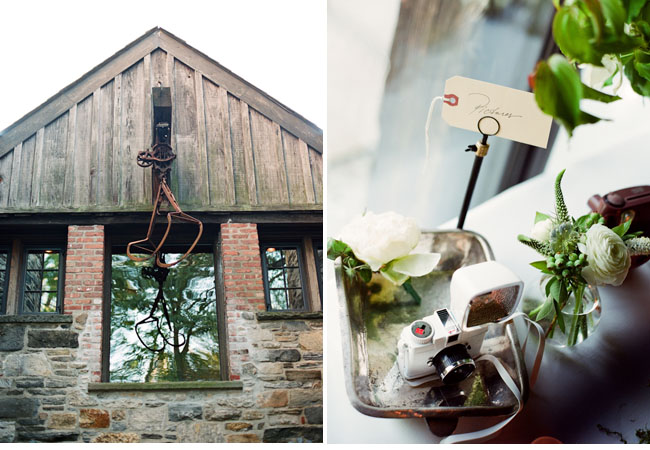 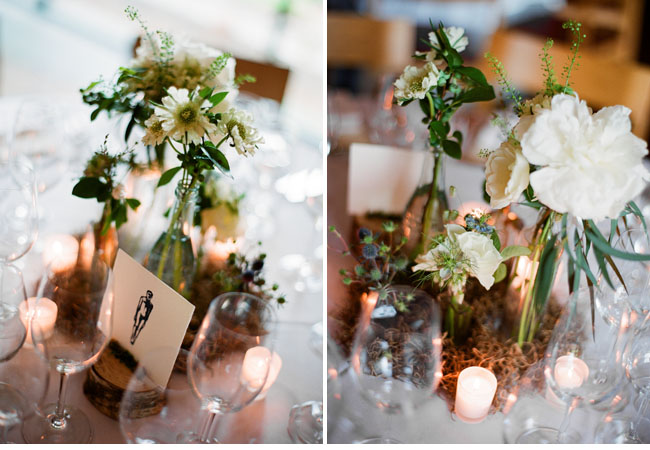 Such a lovely + romantic wedding! Congrats to Stephanie + Ben. :)

Wedding Dresses with a Touch of Color!