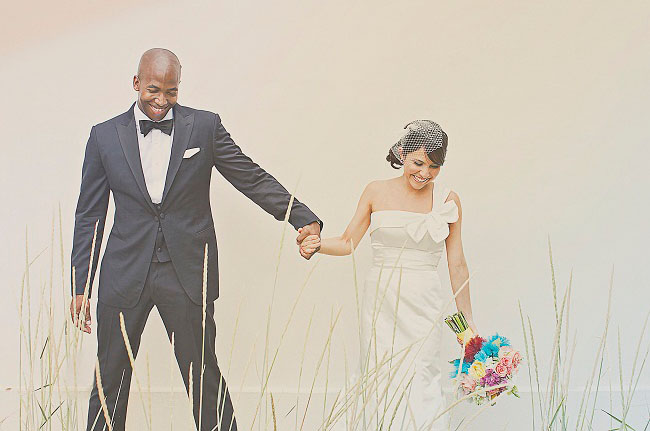 Yvette + Brent (who are proof that blind dates can work since that is how they met!) wanted to make sure their day truly felt like them. They choose the King Plow Event Gallery in Atlanta, GA since it reminded them of Brooklyn which is where they currently live. The exposed wood beams + natural rustic look represented the aesthetic of some of their favorite coffee shops and restaurants in NYC. Coupled with the juxtaposition of the art gallery, they knew it was perfect. Second, was the bouquet. Everything revolved around the bouquet!  From Yvette, I don’t know why but I had a very clear vision of what I wanted for my bouquet. Creating the perfect bouquet was critical to me as I am not a big fan of white, so I wanted to make sure it was colorful.”  Once the venue + the bouquet were picked, everything else just fell into place. Their planner (Erin Stroup of It’s all in the Details) and florist (Eva Behrendt of Tulip) both really understood what Yvette + Brent pictured – a black tie affair with soft elements like birdcages and pastel flowers – and brought it to life. Big thanks to GWS faves Whitney and Jesse Chamberlin of Our Labor of Love for the gorgeous photos! 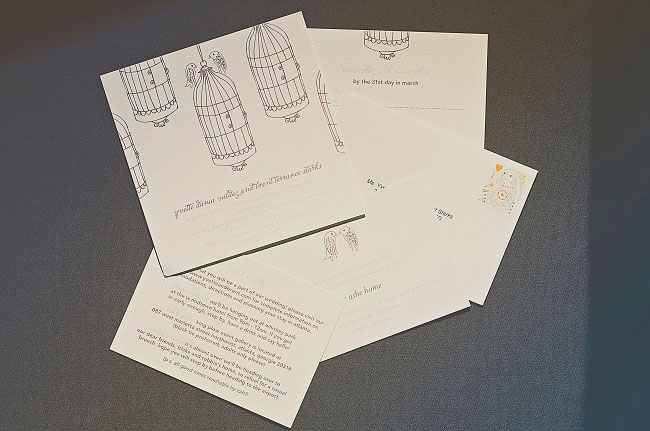 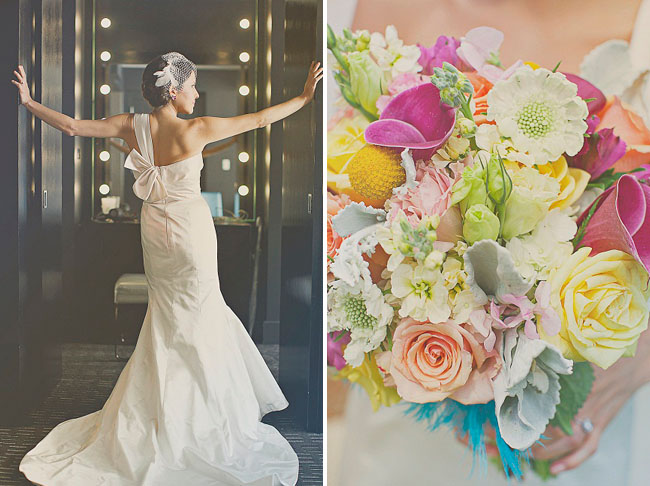 LOVE their first look – so sweet! 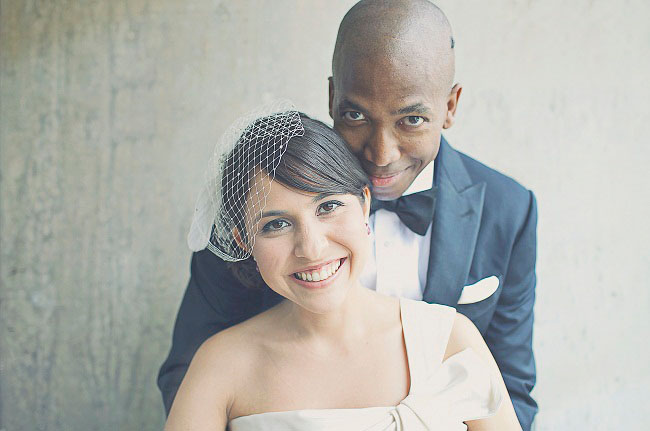 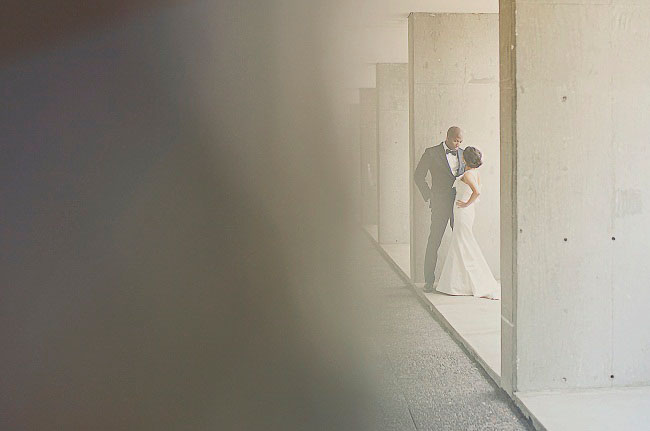 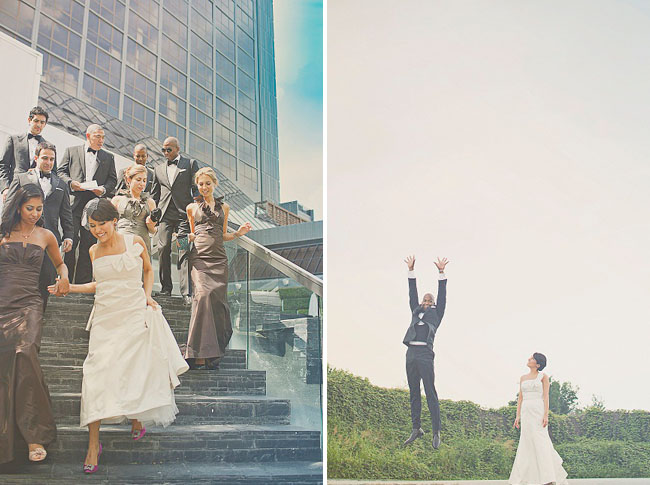 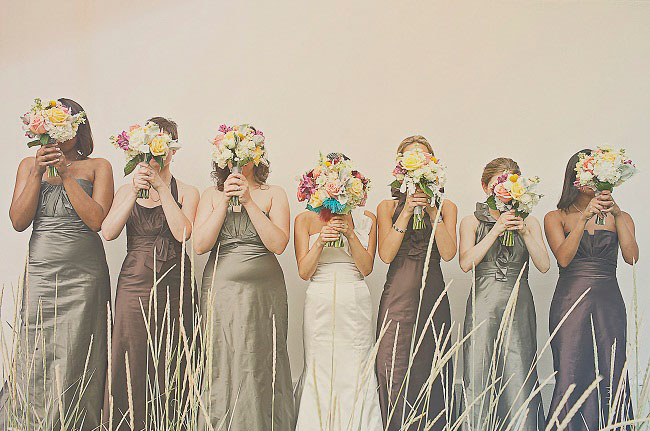 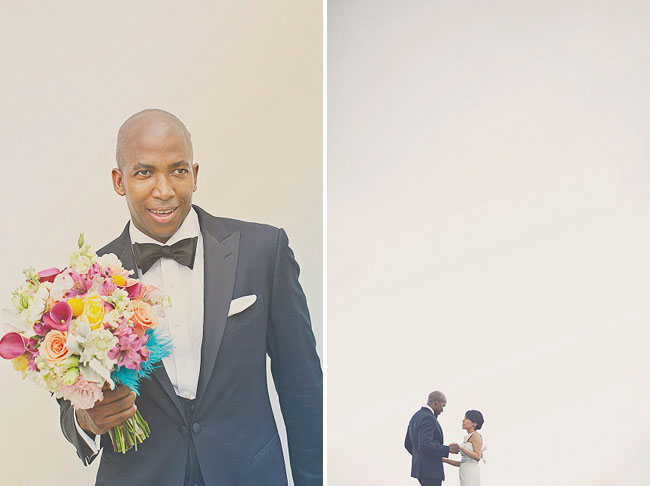 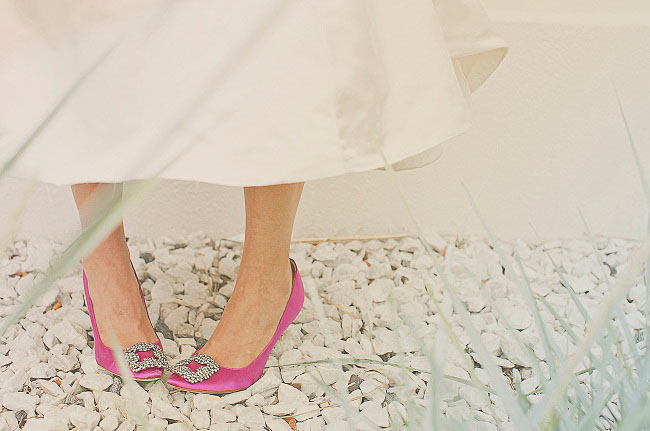 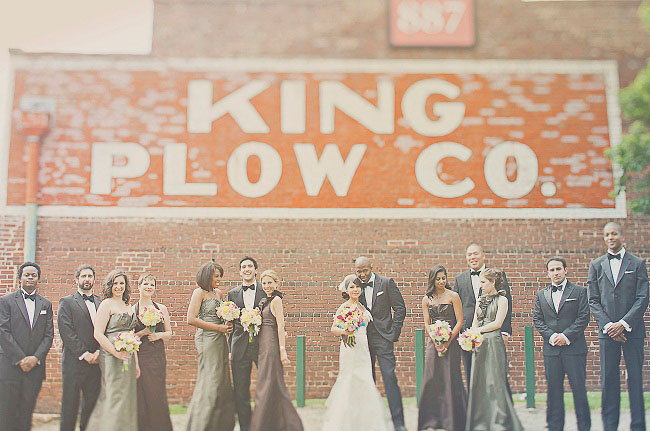 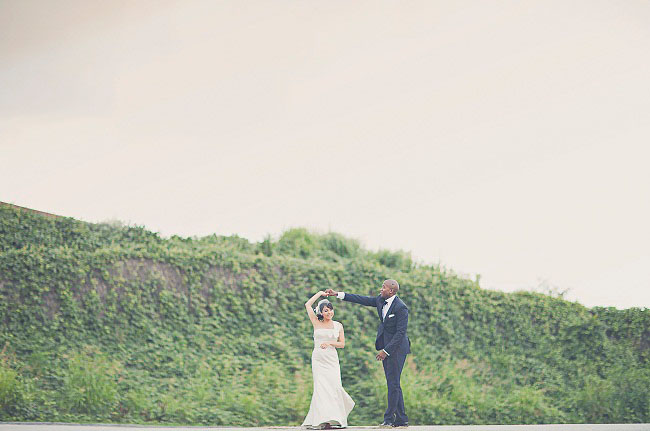 One very memorable touch (probably the most important) from the day was that my nearest and dearest friend from growing up and her mother, whom I am both very close to, married us. They are both professors and amazing public speakers. It meant so much to have family be part of the formal ceremony. I asked them to each speak from the heart and gave them no specific direction on what to say. It was more than I could have asked for. They both spoke beautifully. 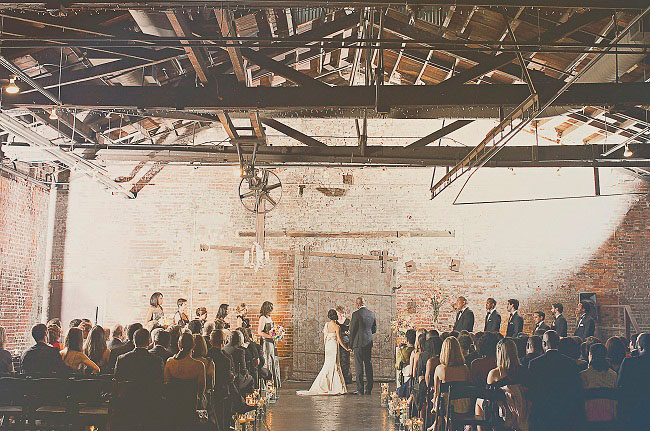 Reading our vows to each other. It was as though we were the only people in the room. I will never forget every detail of us exchanges our vows. 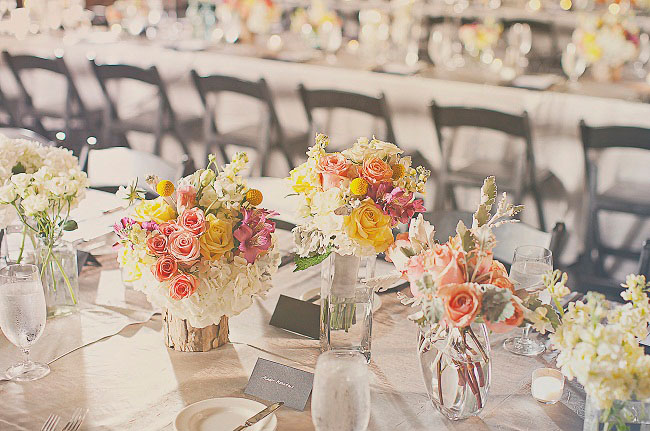 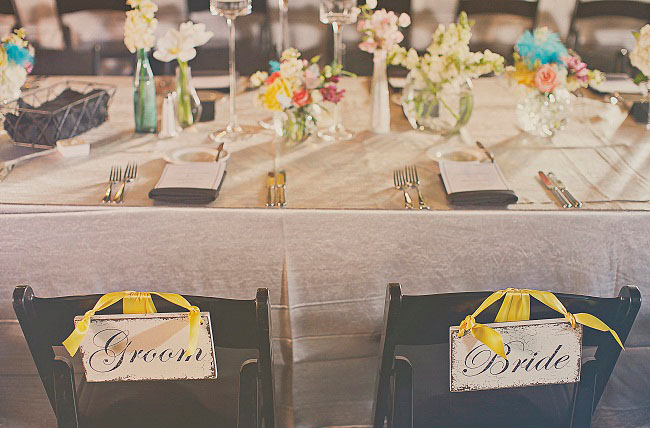 Since 90% of our guests were from NYC, we wanted to make sure that we gave them a taste of good southern food! Brent brought his own BBQ sauce which King Plow used to sauce the pulled pork. Neither of us wanted a traditional wedding cake so we ordered regular cakes from A Piece of Cake. LOVED IT. In honor of the southern menu, we had A Piece of Cake create Red Velvet Cakes and Bold American made Peach Pies.

One particularly lovely touch was that my mother and I had come up with the vision for the cake table together. But the execution of the cake table was almost all hers. She made the lace runner and helped me get all the cake stands. We chose the cake toppers together (thank you Etsy!). Her help with acquiring odds and ends was crucial. I most appreciated her help with that, and that table will forever be our vision. Brent made CDs as wedding favors for everyone which included some great songs which bring back great memories of vacations in Vietnam, Cuba and dinner parties of our life together. A good friend of mine who is an artist did all the place cards and the seating chart. 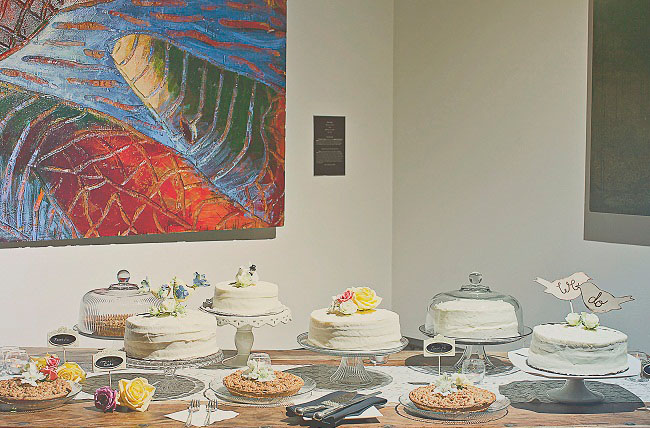 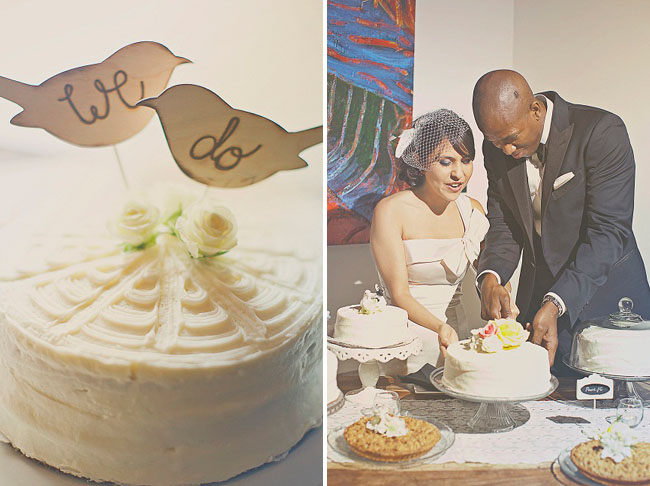 I also love that Yvette shared their proposal story – so sweet!

This is funny. I was working around the clock one weekend in December and we had reservations at Morimoto. I tried to cancel several times. He kind of just ignored me. At around 3pm I announced I was leaving the office and dolling up for our dinner date. I got my nails done (this is key).  We got to the restaurant, sat down and we ordered drinks. He dropped something, that he claimed was his phone. I thought the sound was odd as it didn’t sound like the phone. Anyways, we talked a bit more and then he dropped something again, I was starting to suspect something but I think it was all moving too fast, he also had at that instant distracted me with a very sentimental souvenir.

He said he had been cleaning up and he had found the piece of paper where I had written my number on our first date. I was teary eyed as he never keeps anything and after the second drop I looked up from the piece of paper with my number on it and was about to look down at the floor when the ring was in my face and he was saying, will you marry me (no knee drop, brent just stayed sitting, he has bad knees from too many years of volleyball. I think he was afraid if he got down he wouldn’t get back up!). I immediately started crying. True to form, I gave him no time to put the ring on me, I simply grabbed it out of the box and put it on – I am comfortable with jewelry you see :). He had also arranged for our friends to be at a champagne bar afterwards. We finished dinner and celebrated with them. It was an amazing evening. I was supposed to be in the office bright and early the next day, which didn’t happen. On Monday I had to explain to my boss that I had not in fact gotten as much done as I had planned. The bright sparkly object on my finger was the excuse. It worked like a charm…