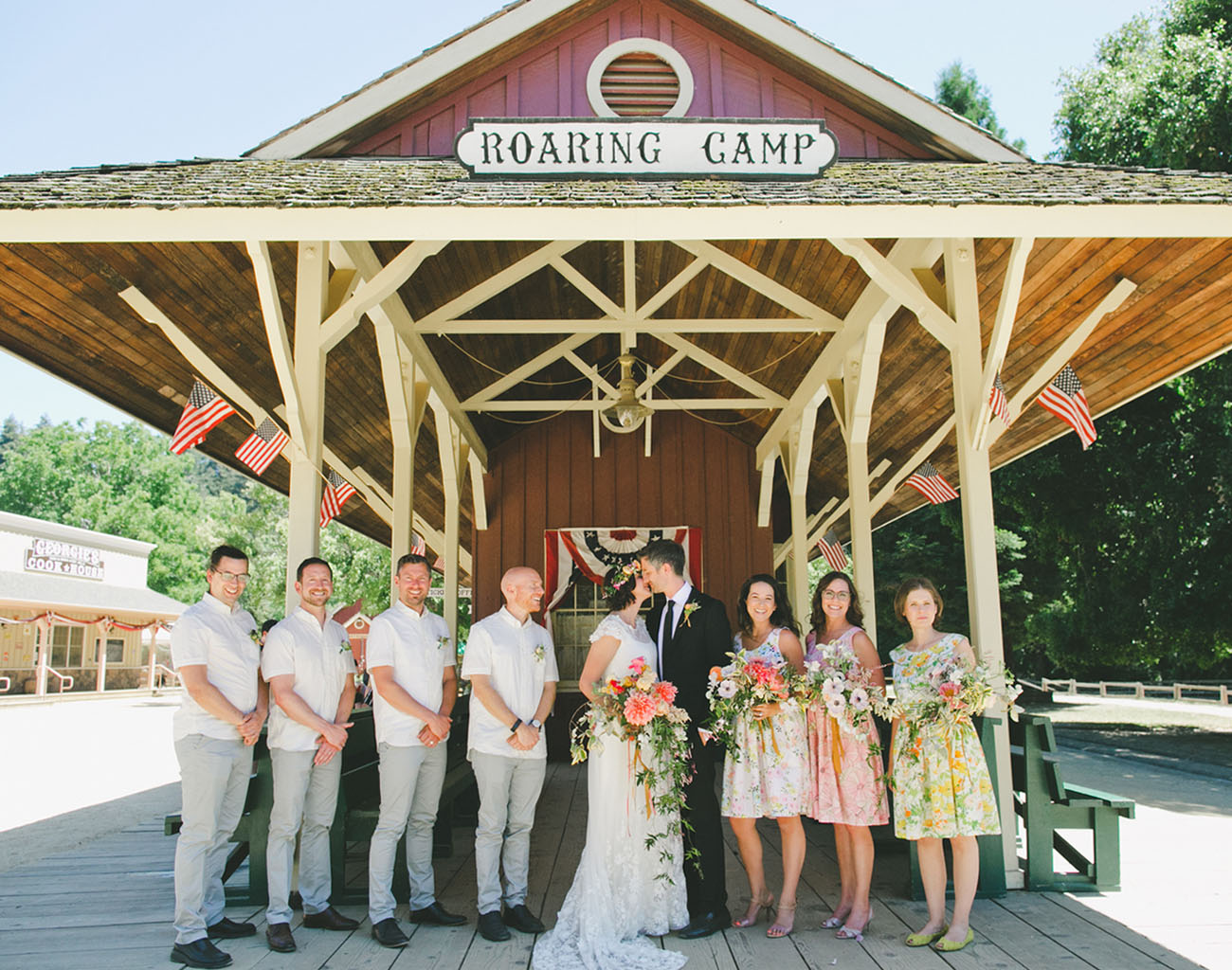 Nicole + Jesse got engaged near the end of November 2014, and started planning their “dream wedding” immediately. Unfortunately, Nicole’s mom was diagnosed with terminal cancer just weeks later. N+J put the wedding planning on hold and decided to get married in her parent’s backyard in San Diego, in just 14 days.

Nicole shares To keep things simple, we decided to keep the guest list just to just a few relatives and a couple of my family’s closest friends. I’m grateful that my mom got to be there to see me marry the man of my dreams. My mom passed away in March 2015, and I became pregnant in January 2016. Jesse + I both felt that we wanted to involve all of our friends and extended family in a celebration of our love and the upcoming baby, so we got back to planning and decided to call it “Wedding 2.0”. We spent a lot of time discussing what 3 things were most important to us about the wedding and that really helped us decide where we spent our money and put the most attention. It was essential for us that we have all of our friends and family there to celebrate, that we have gorgeous photos to help remember the day, and that we have tasty local food.

As major foodies, the two of them wanted to showcase the amazing produce that Santa Cruz and the greater Bay Area have to offer. Guests were served local + in season delights, as well as French macarons, pies from Gizdich Ranch, and horchata. The ceremony was held out in nature, amongst a circle of huge redwood trees.

Let’s head to Roaring Camp Railroads in Felton, California for all the fun captured by onelove Photography! 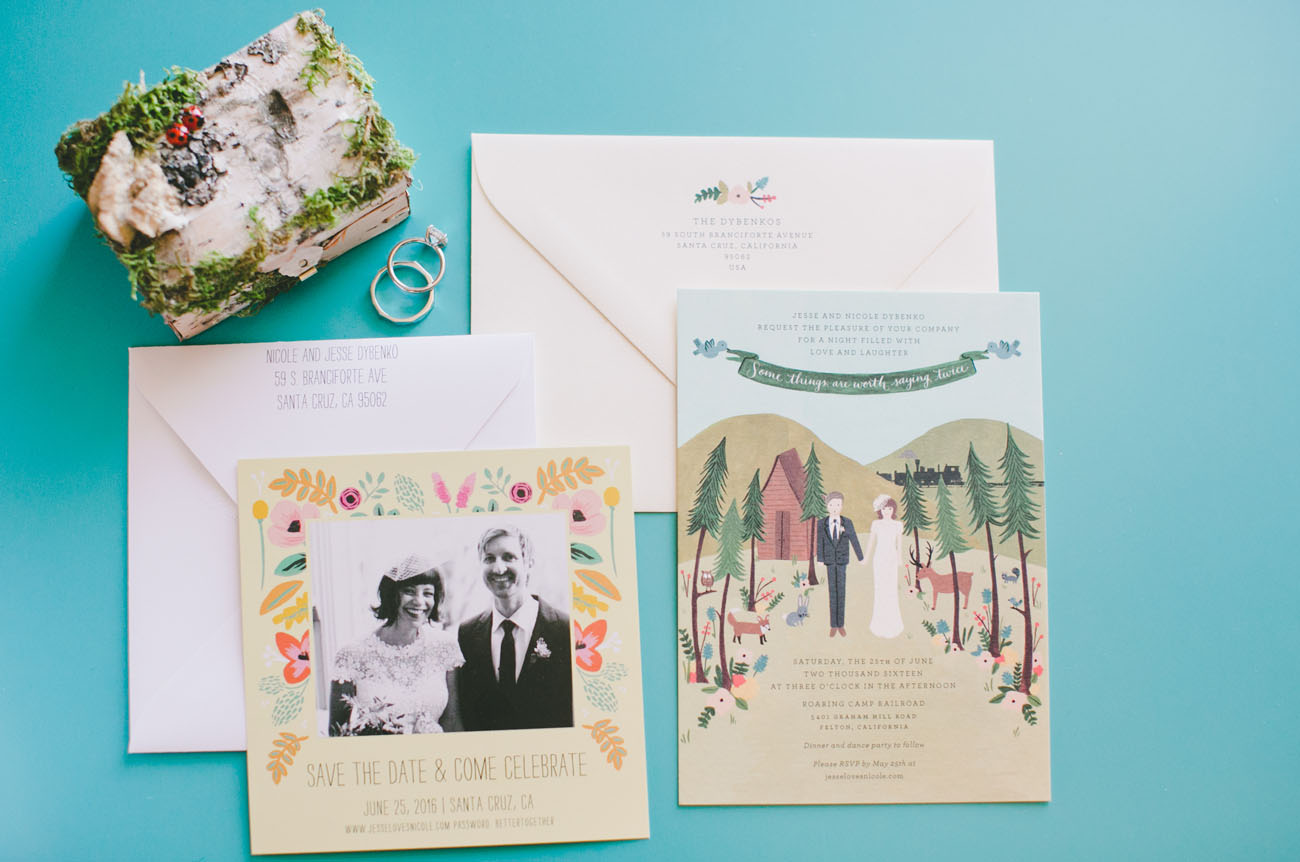 From the moment we got engaged, I knew that we wanted Rifle Paper Co. to do our invitations. We sent them pictures from our first wedding and had them customize an invitation to include a picture of the barn where we had the celebration and the train up to Bear Mountain. We really wanted to take as many aspects from our first wedding and integrate them into Wedding 2.0 as possible, and the invitations showcased that connection. 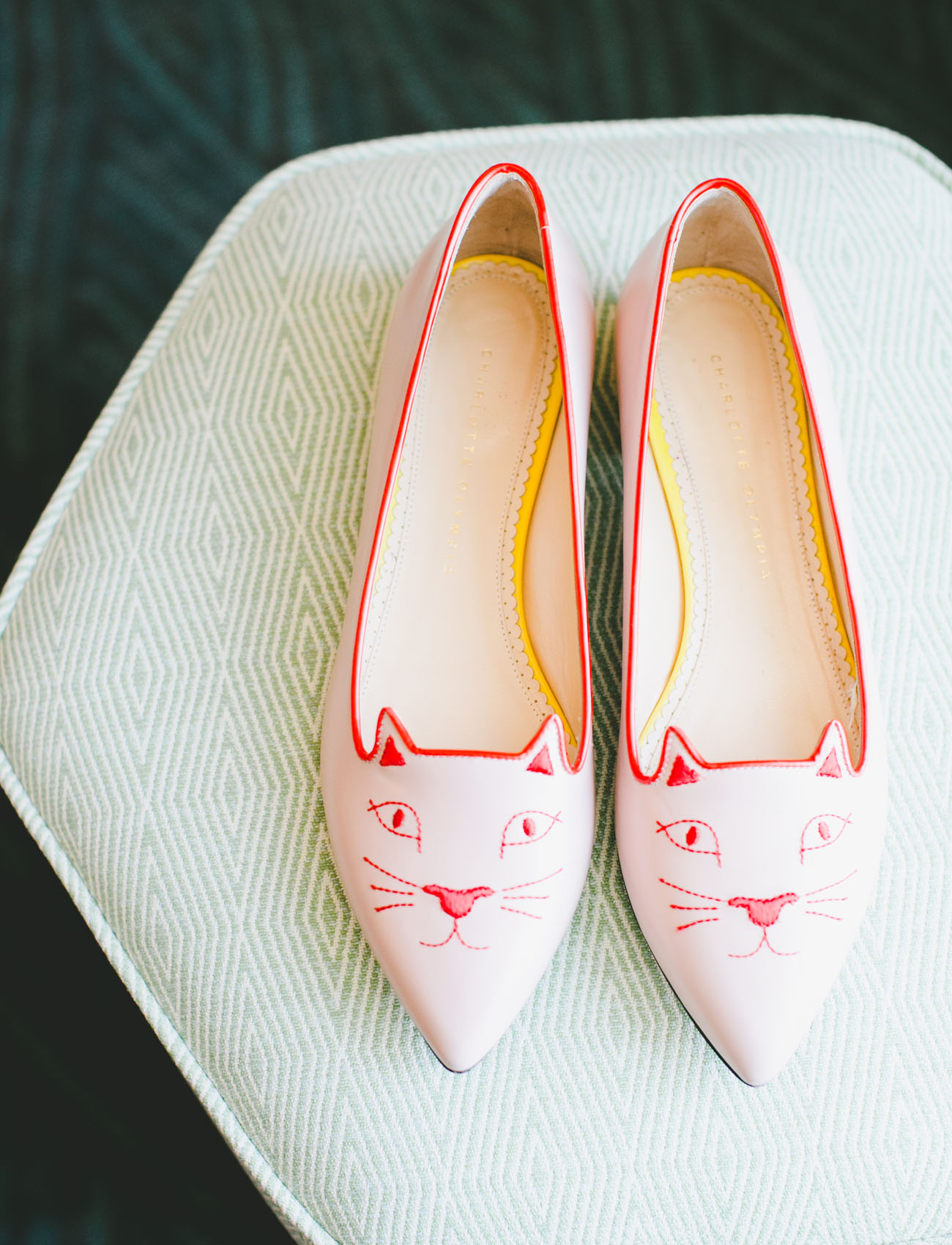 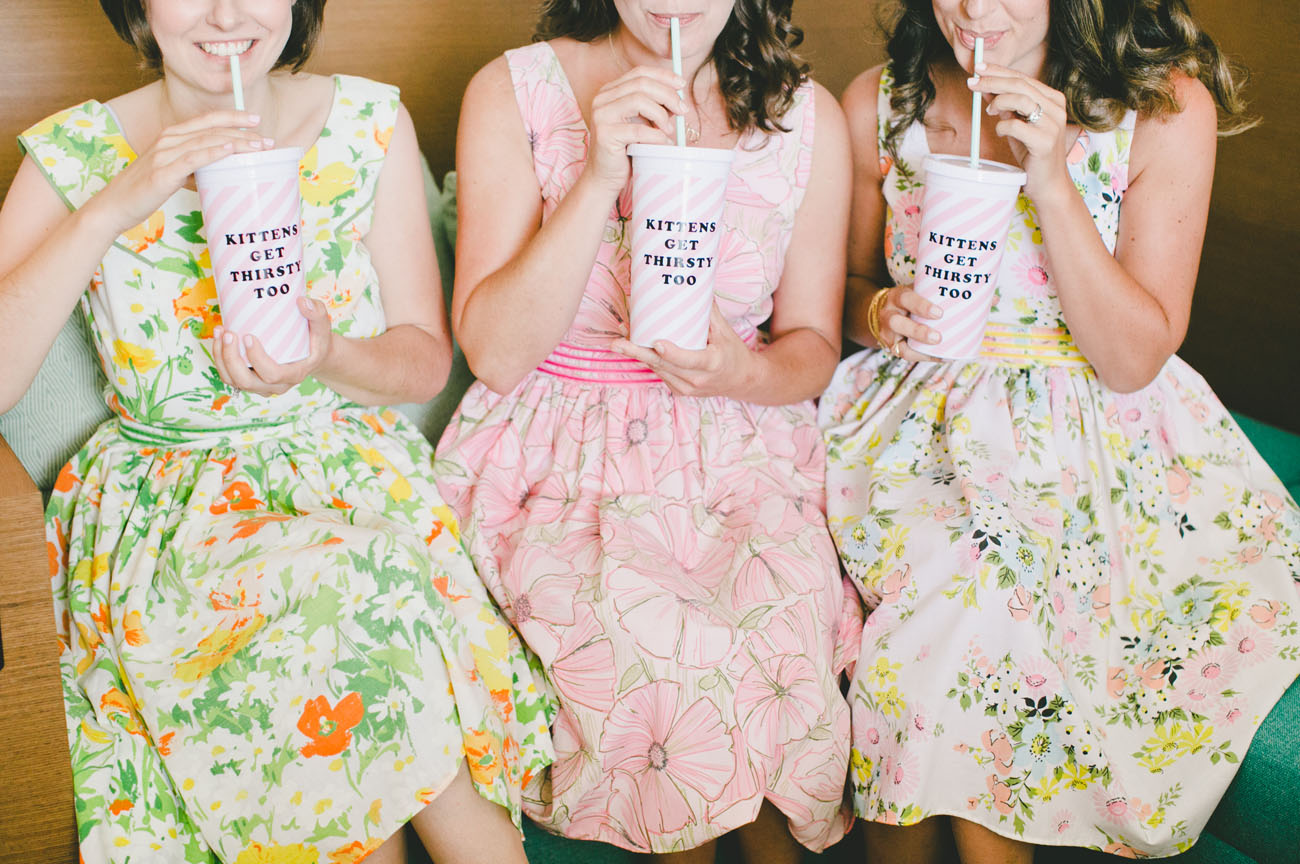 How cute are the bridesmaids with their cute cups!?! Unfortunately these aren’t available anymore but we found a bunch of other cute ones that would make the sweetest bridesmaid gifts :) 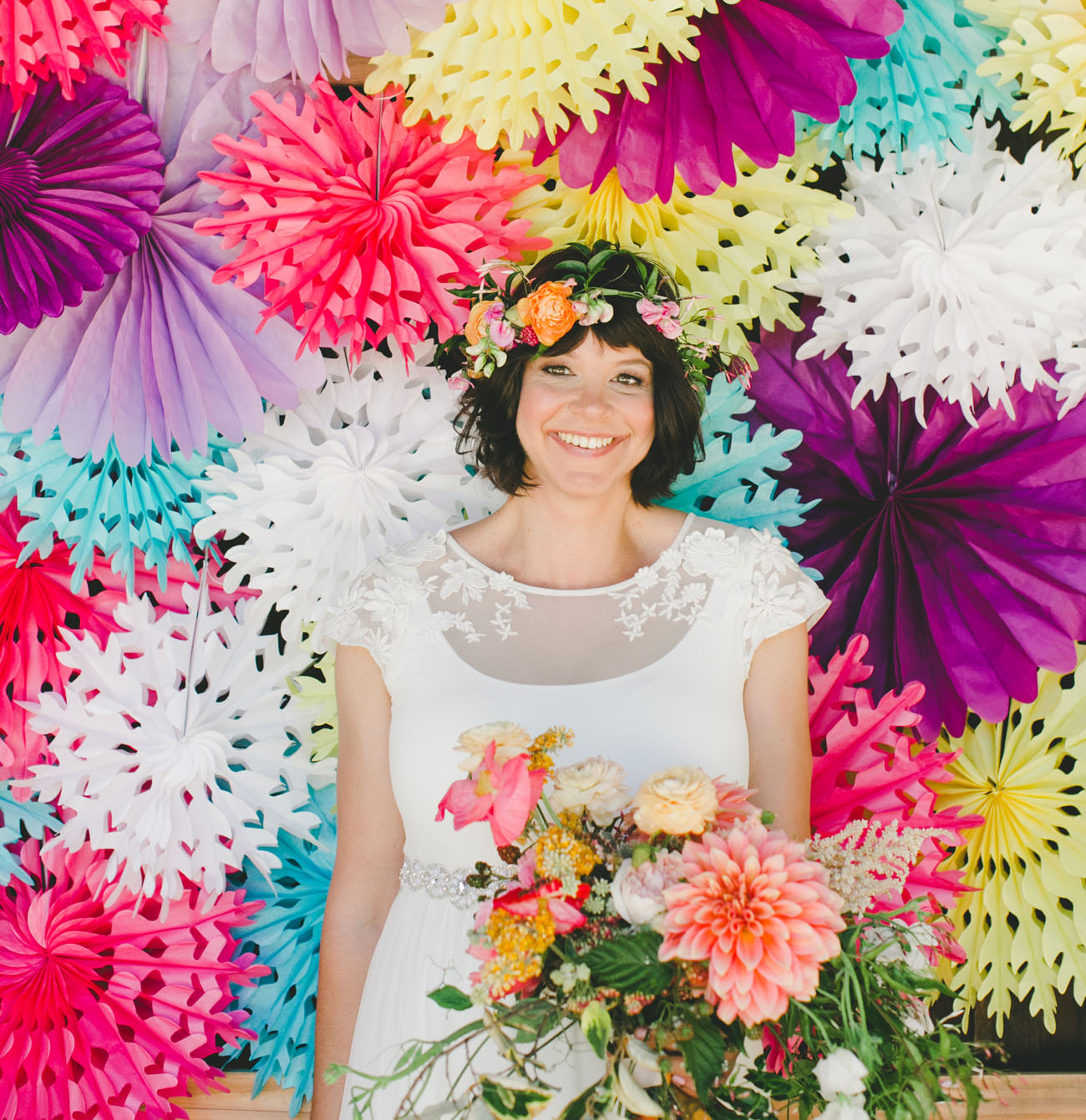 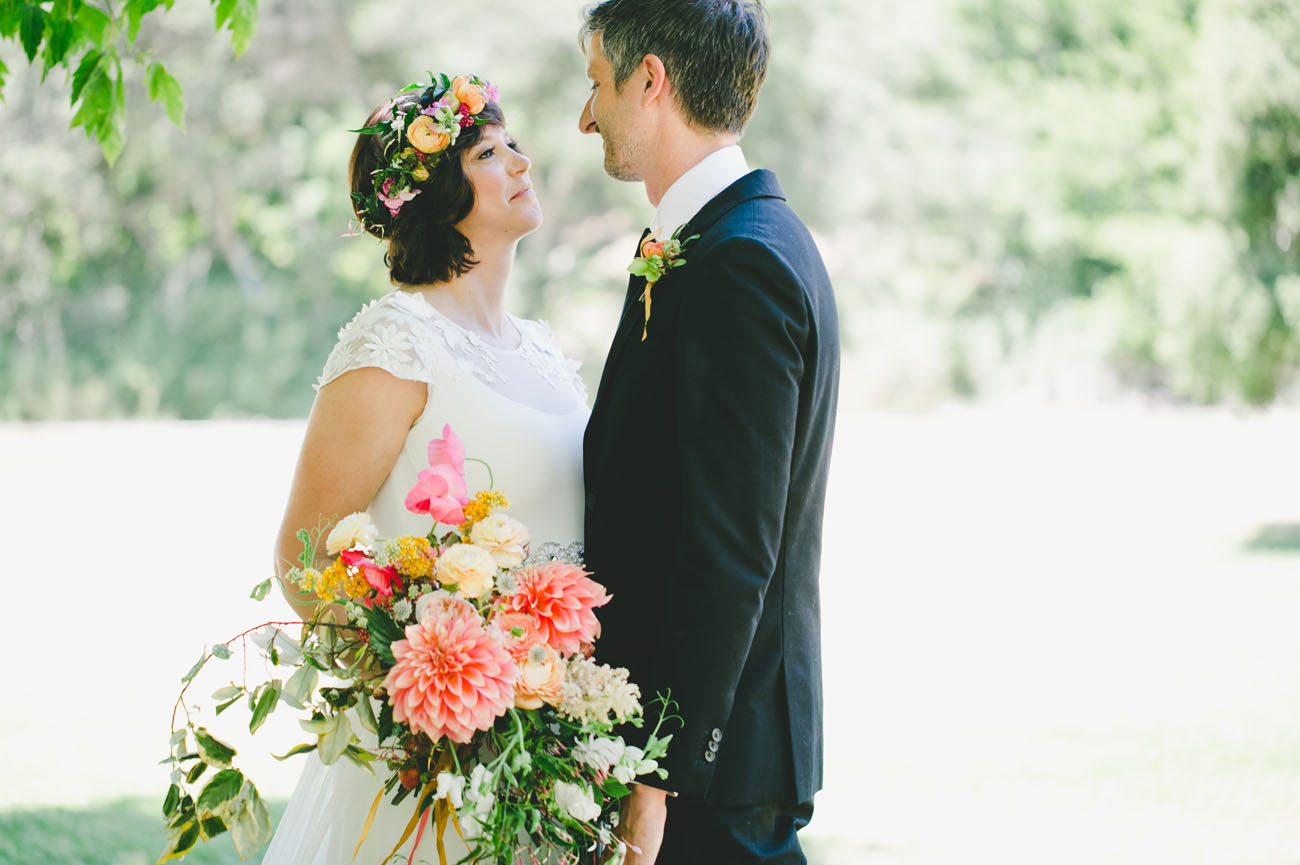 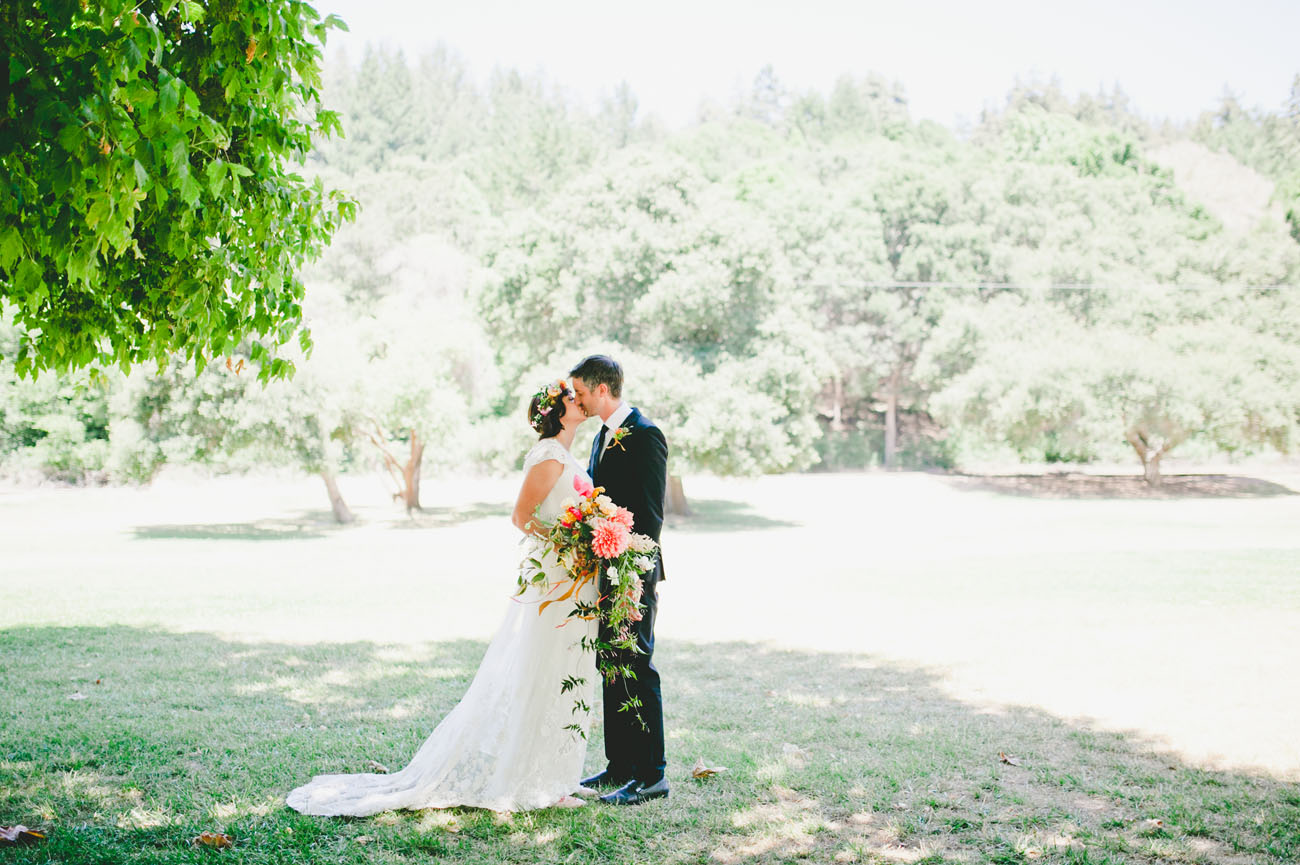 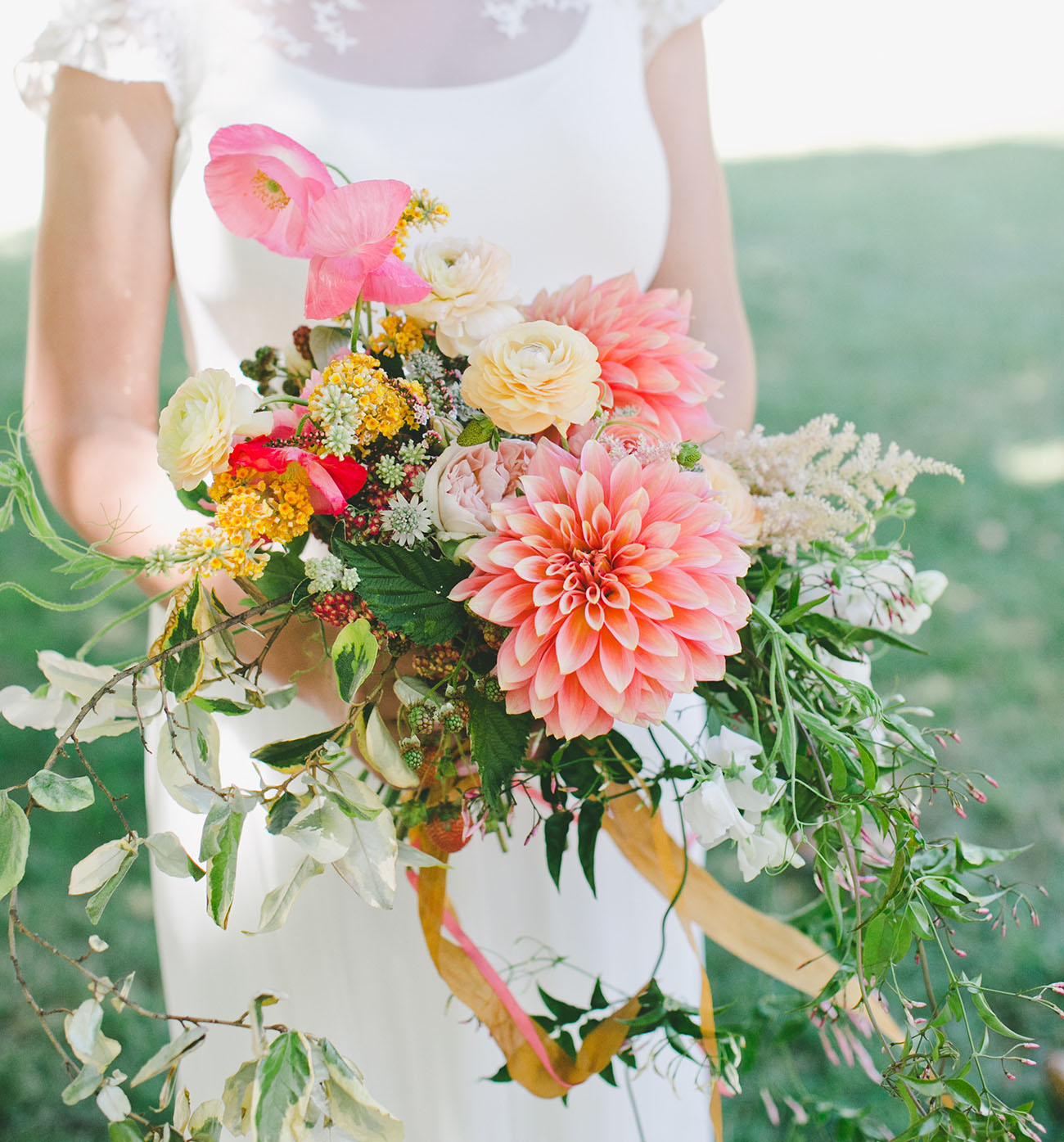 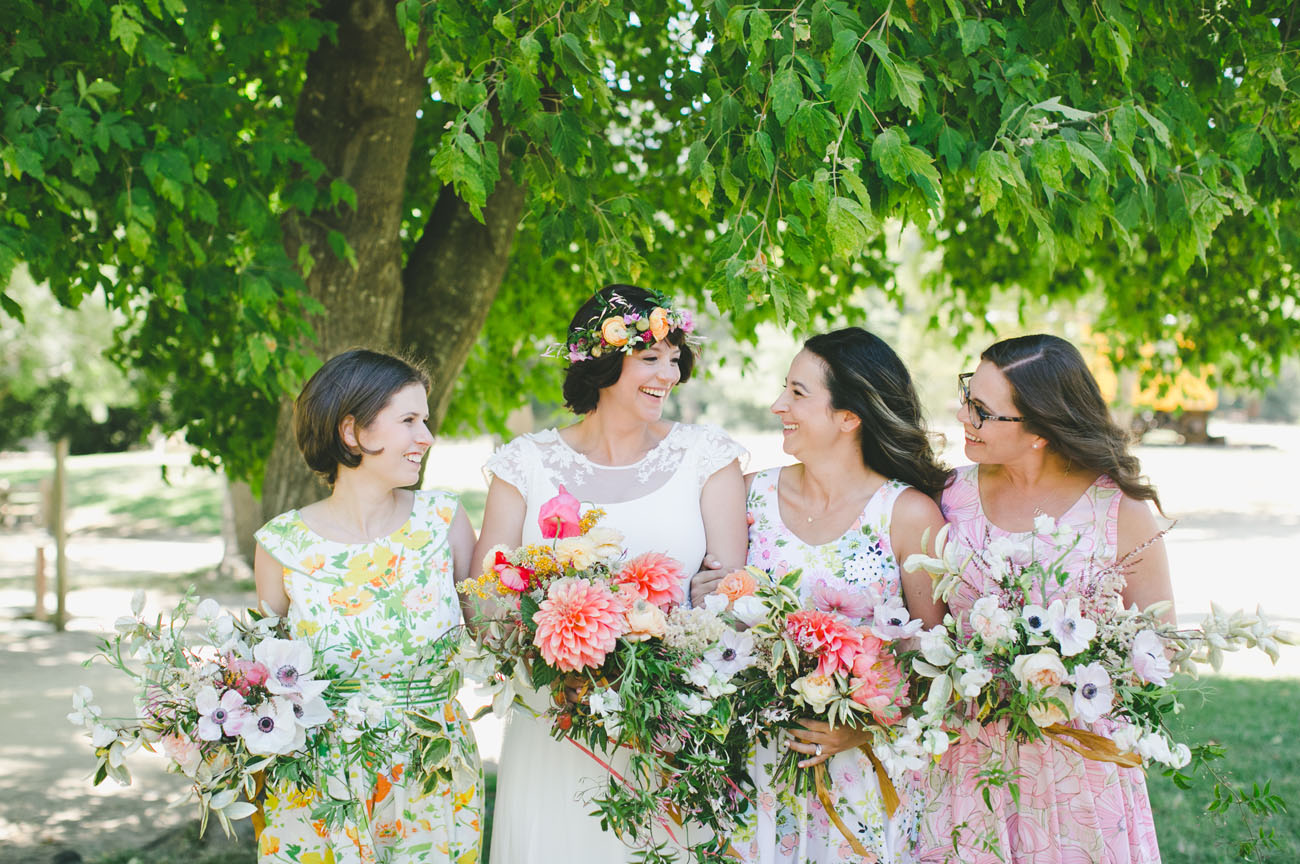 The florist, Eothan Floral, took the color palette, their love of nature and went wild with colorful pops! How gorgeous are these bouquets?! 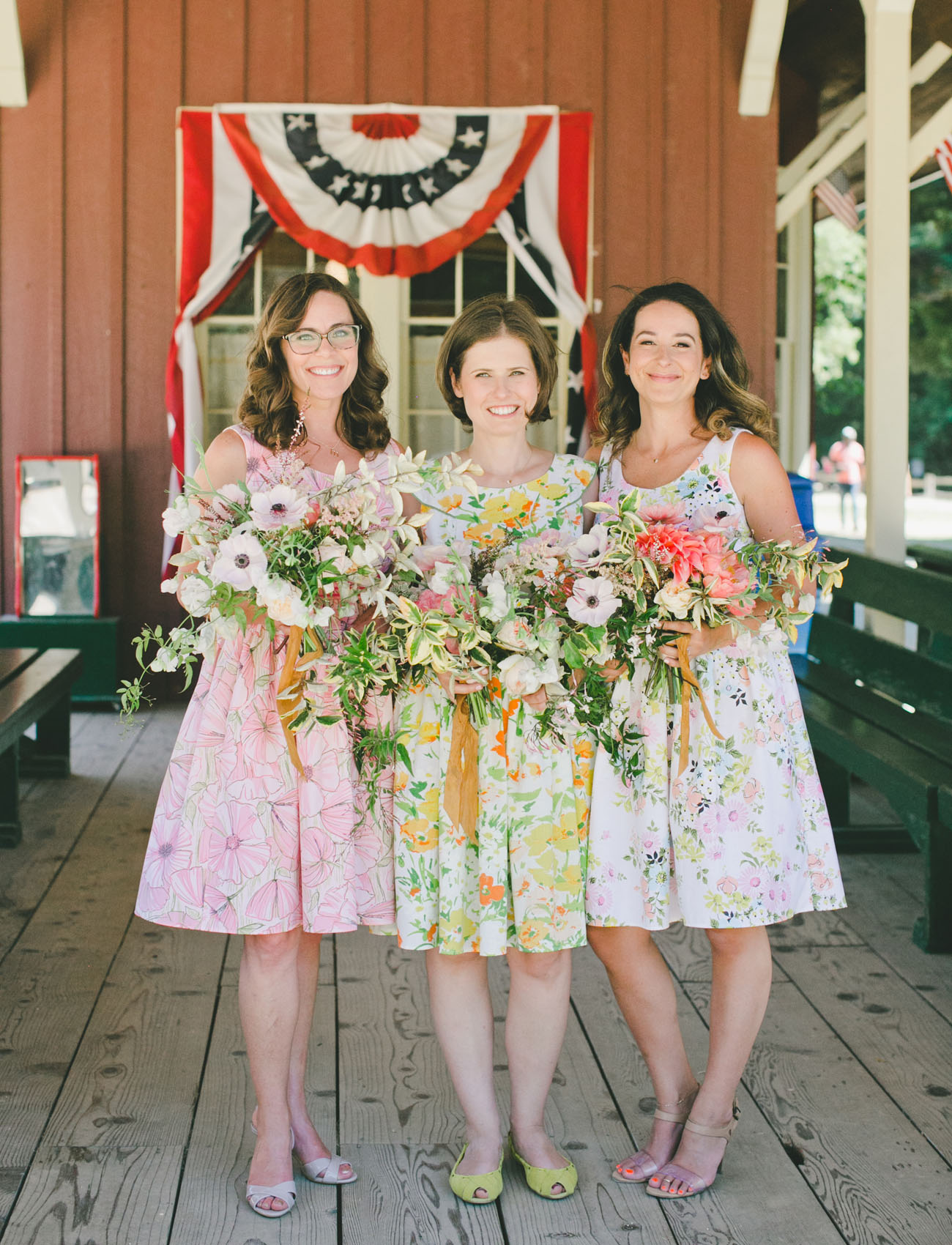 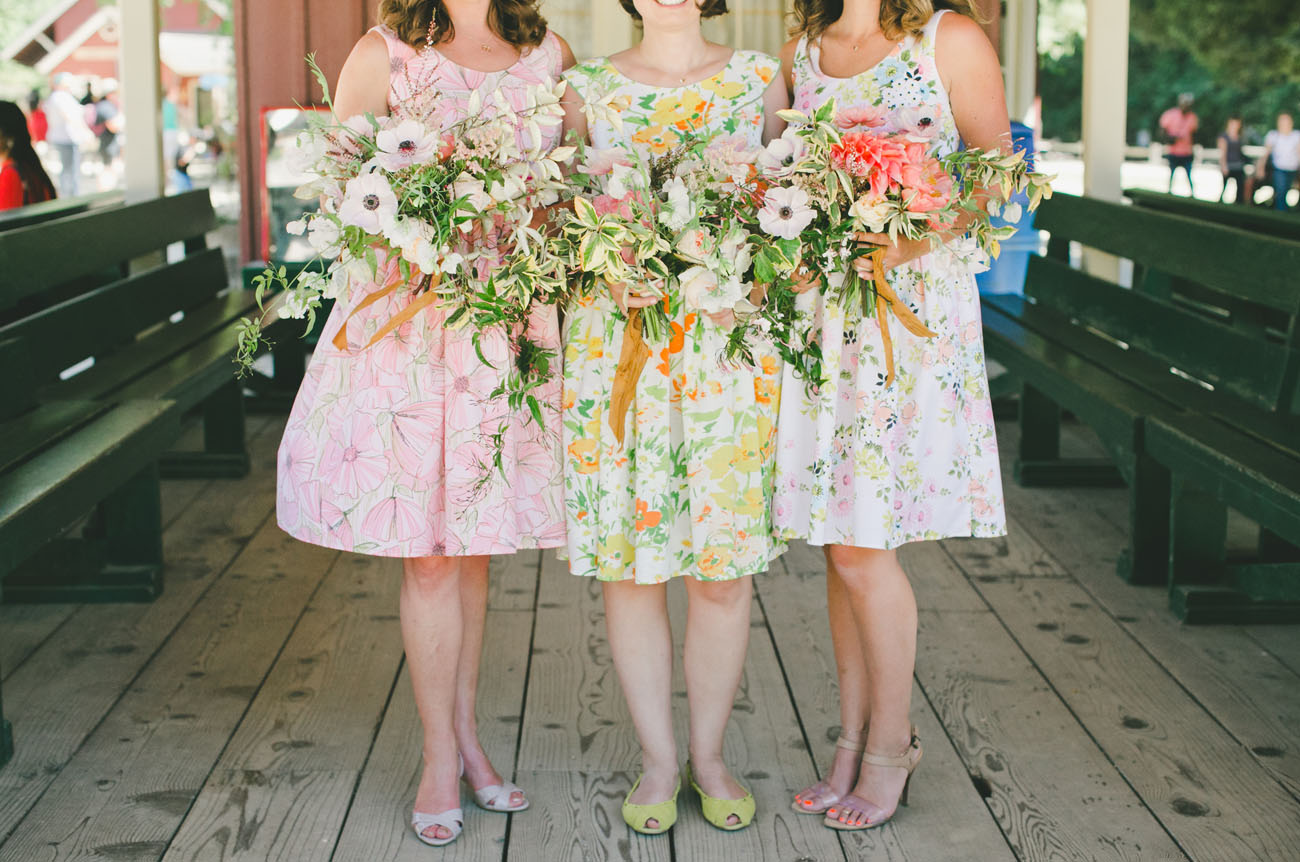 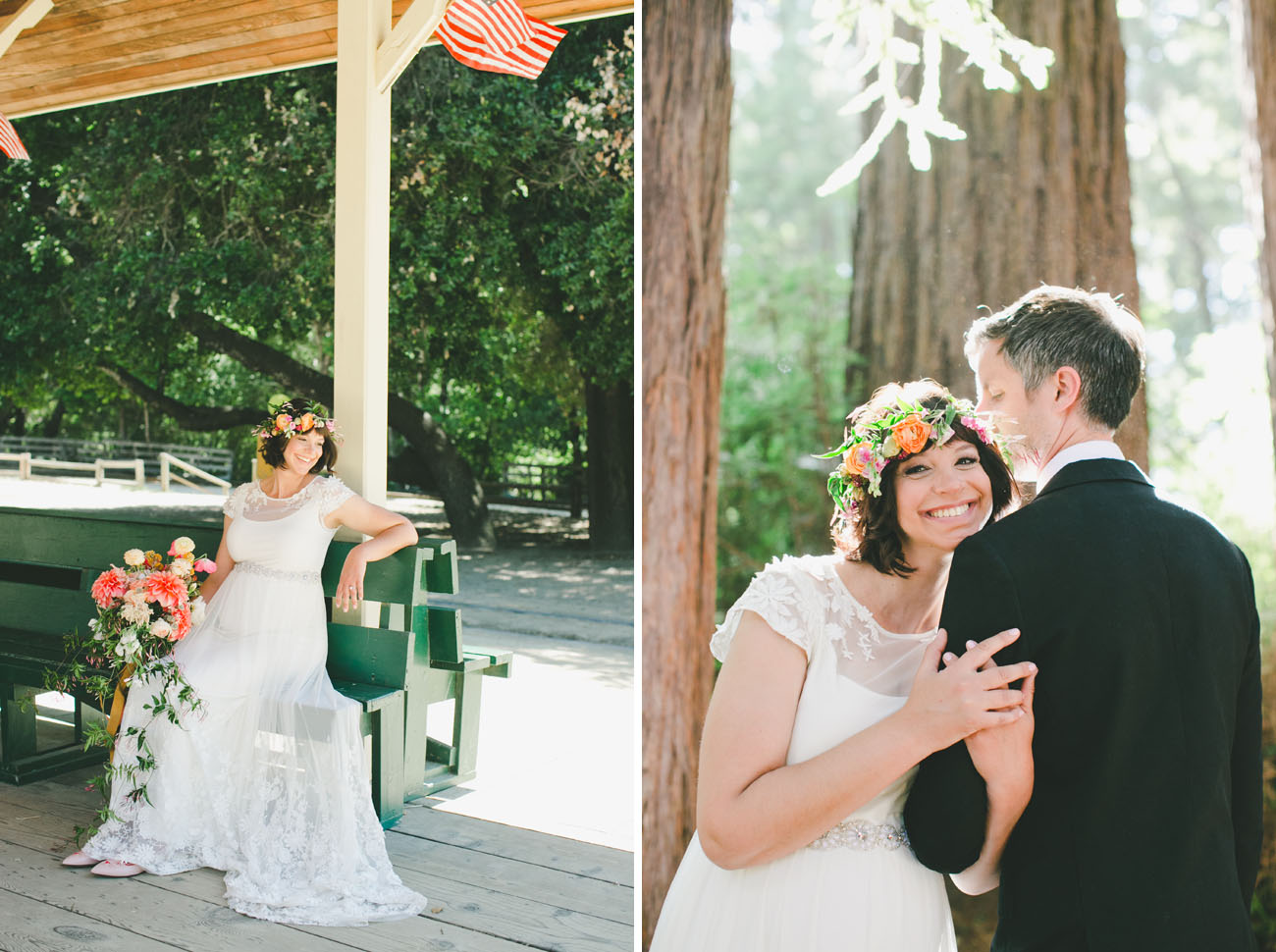 My sister is a jewelry designer, and I got to wear the ring that she custom made and designed for me. Not only was it meaningful because she designed it, but also, my mom got to see it before she passed. Every time I look at it, I am reminded about my amazing husband, but also that joy that my mom felt when she saw it. 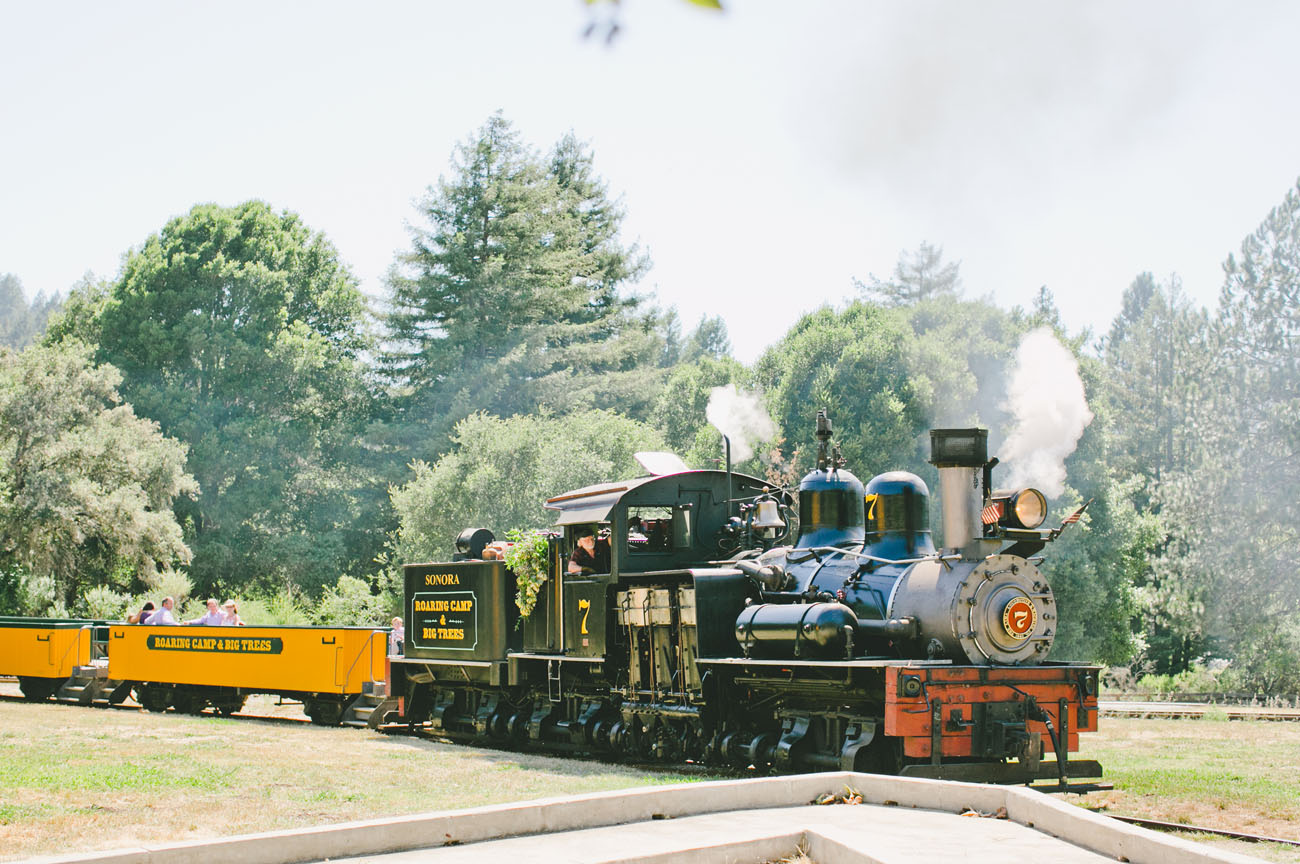 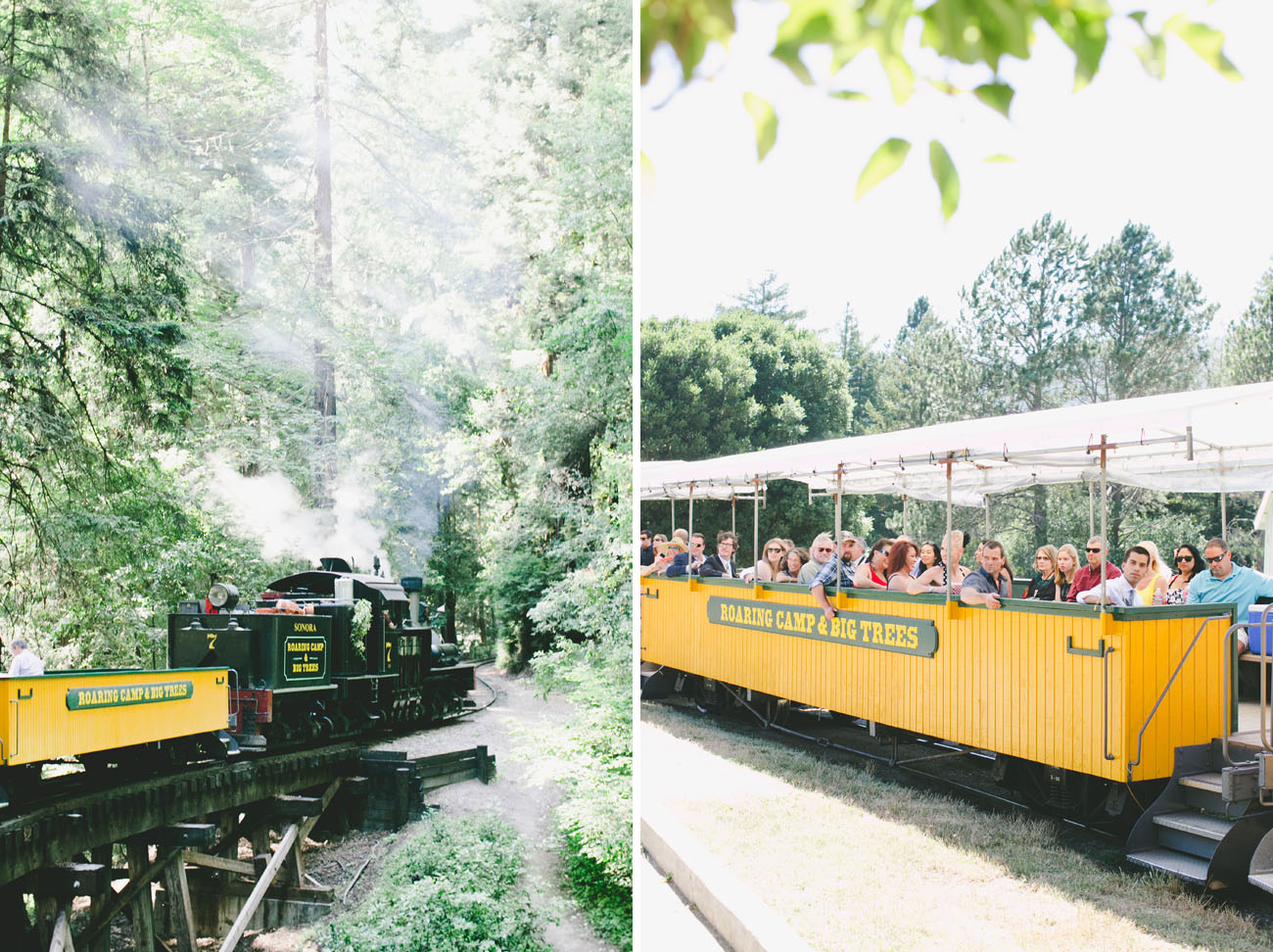 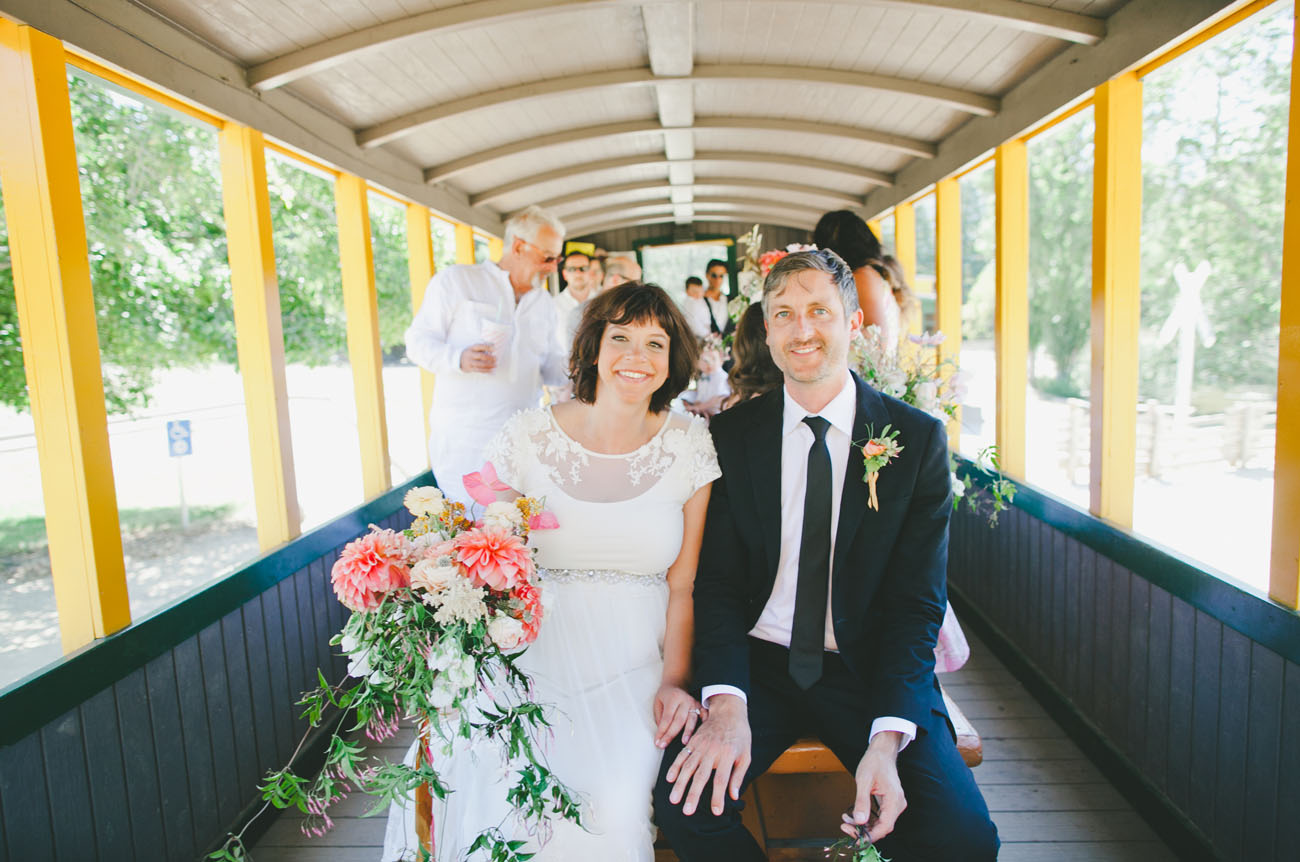 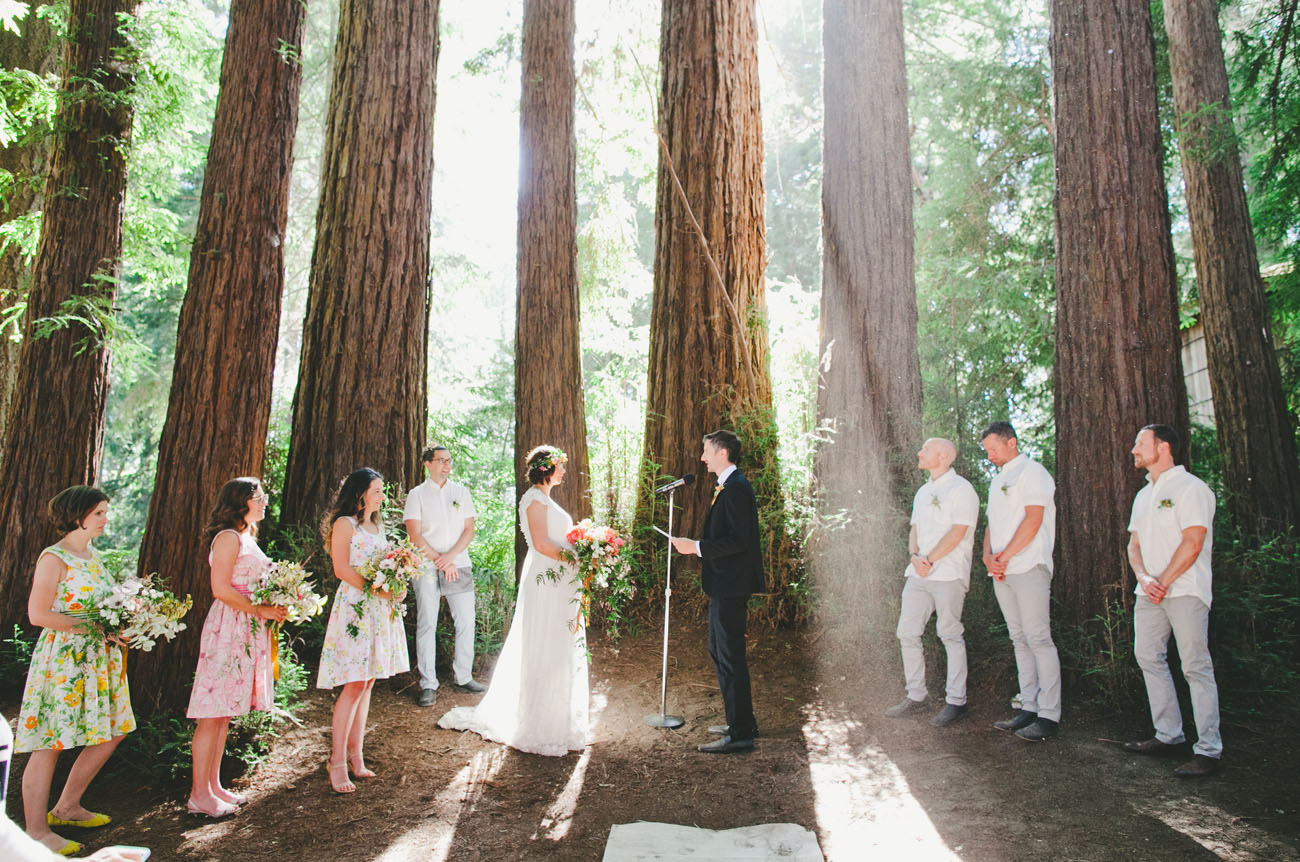 We also had a guitarist play the same songs that we walked down the aisle to — “I Will Always Love You” from the Cure, and we did the same first dance song “Falling Slowly” from Once. We also integrated succulents into our flowers, and read the same (but slightly updated) vows. 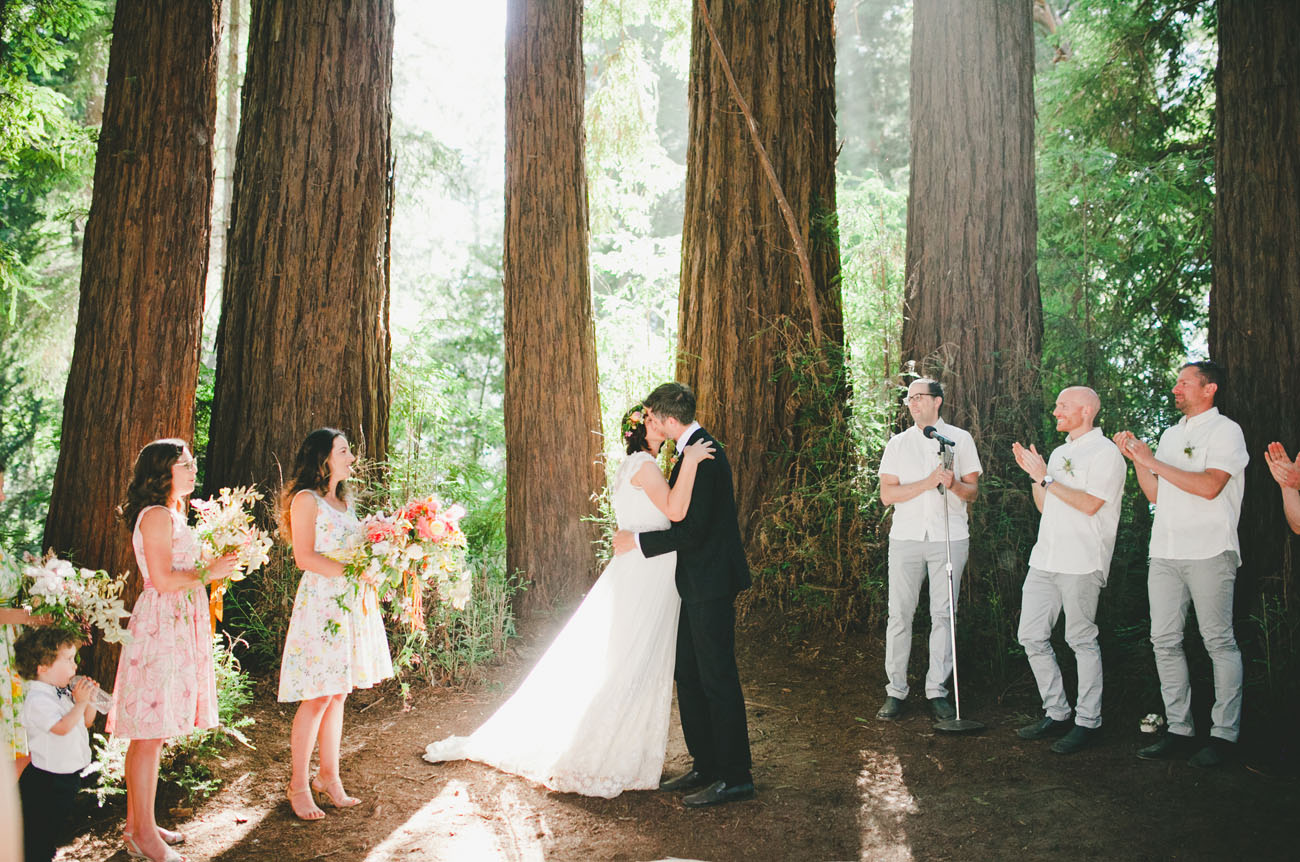 Simon (the best man) speech was one of the definite highlights. He had everyone rolling on the floor laughing and told a hilarious anecdote about he and Jesse getting lost on the way to a Spice Girls concert. The best. 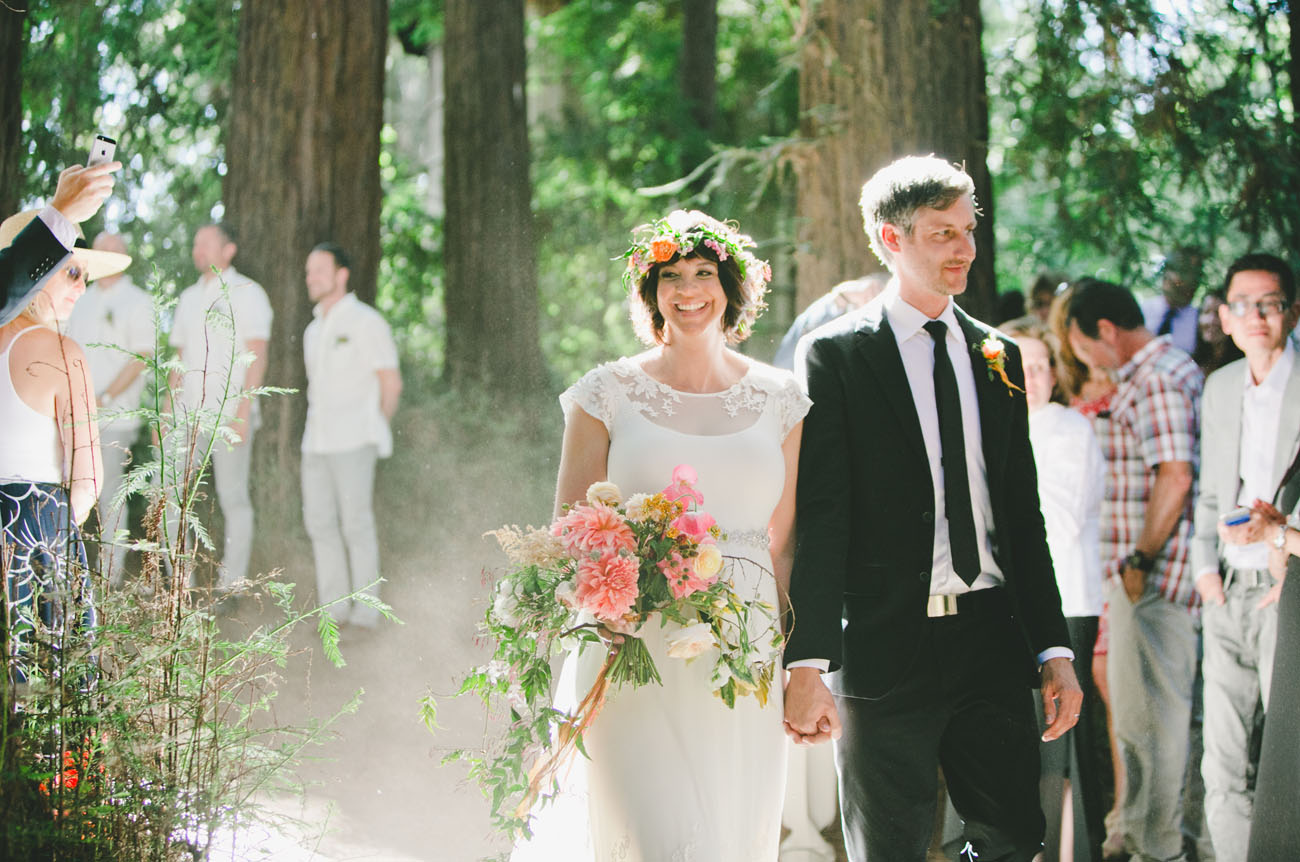 We made a memory table full of pictures and remembrances of my mom’s life so that people could get to know her and understand how much of an influence she had on me. 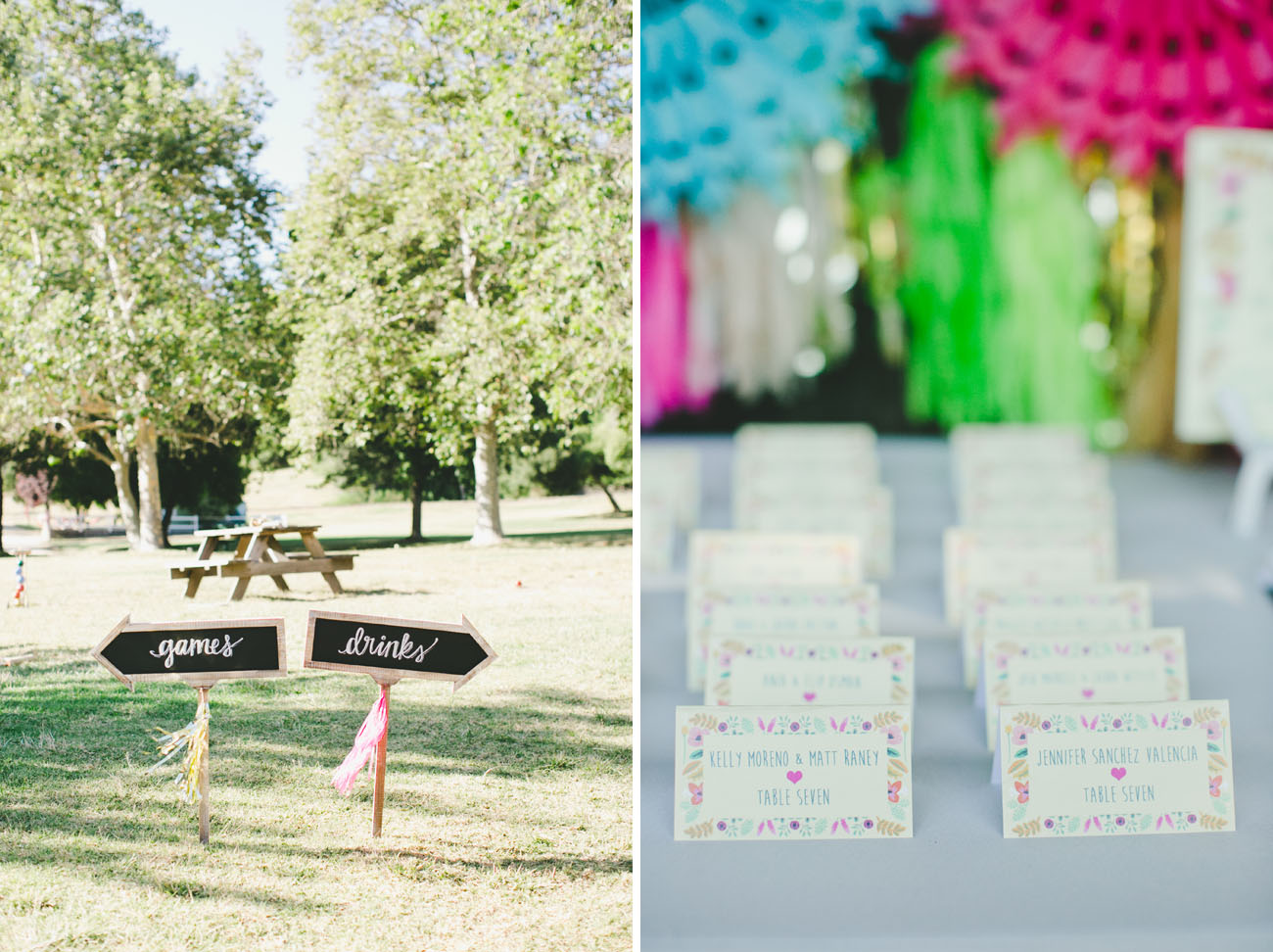 Nicole took elements from their save the date and invitation suite and incorporated them into the escort cards + signs. 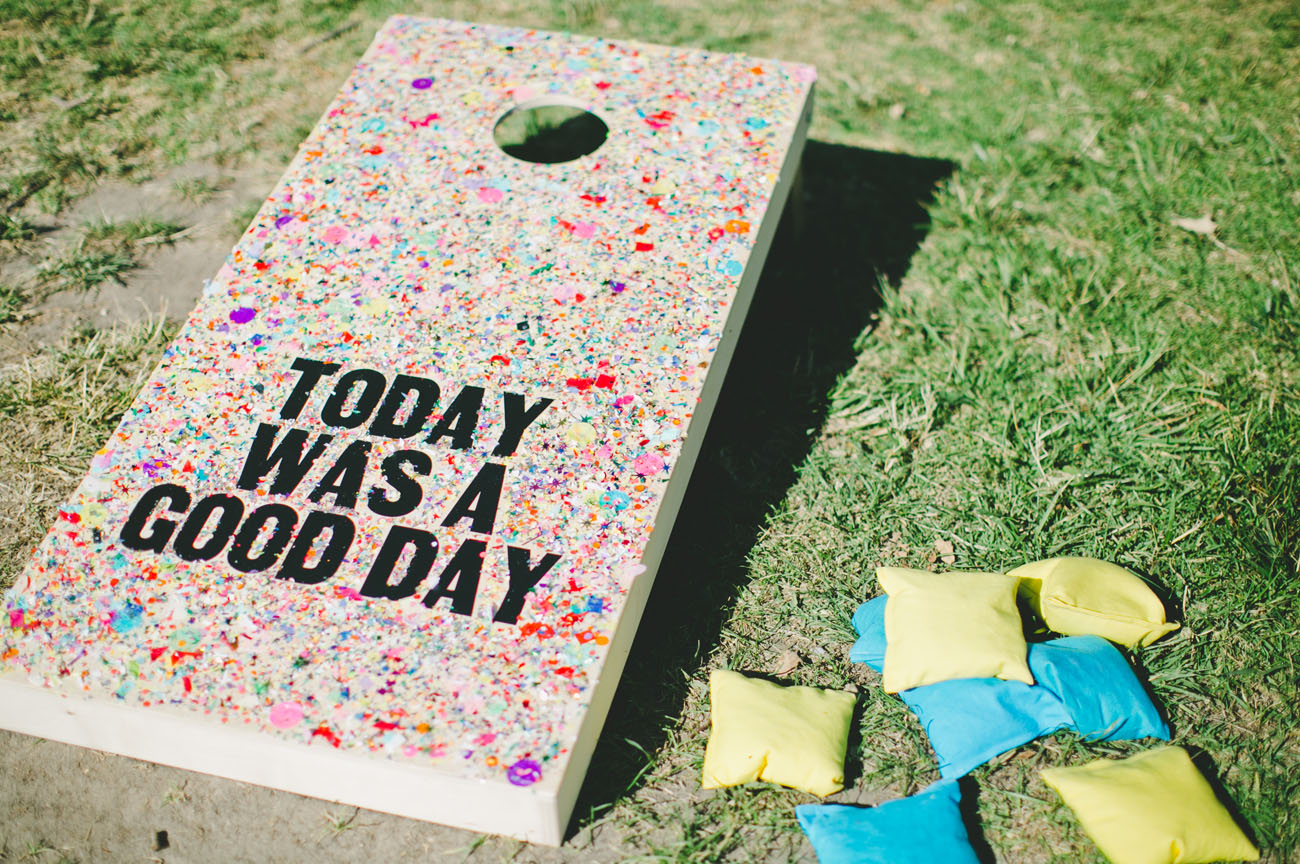 Nicole is admittedly obsessed with confetti and wanted to have a very summery outdoor game area for the cocktail reception. She purchased a cornhole board on Etsy and decorated it with a ton of confetti! So fun!! 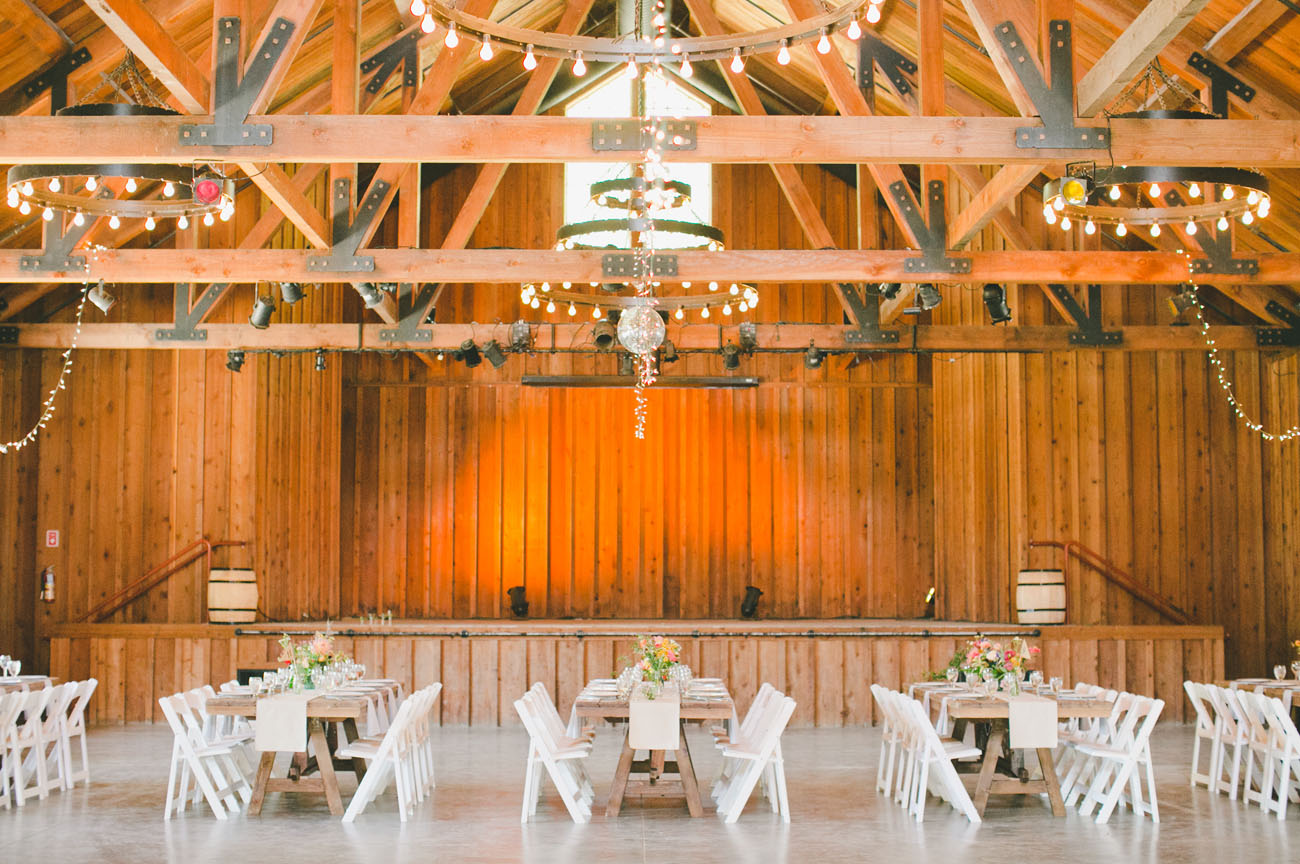 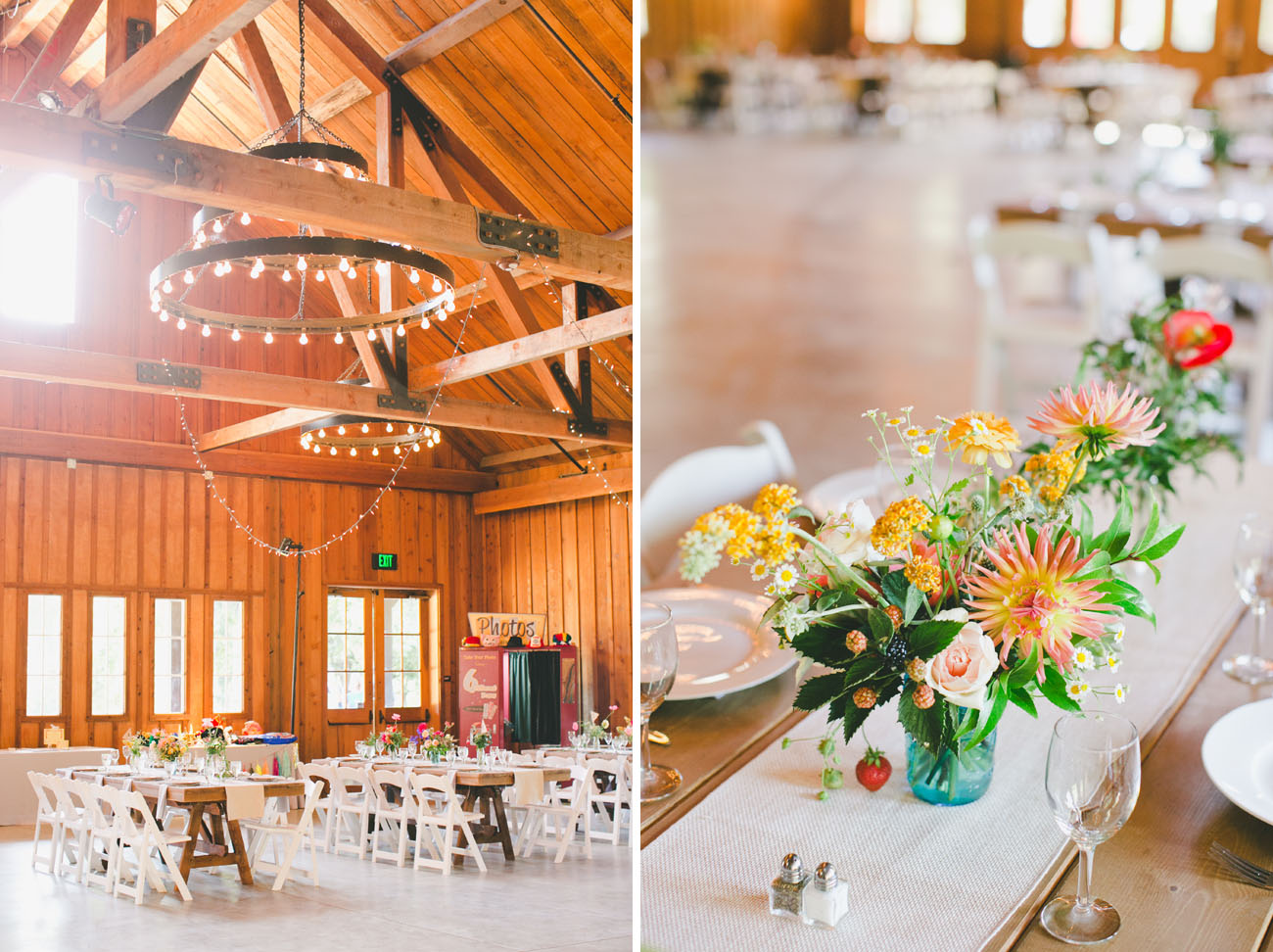 Such gorgeous tablescapes punctuated by bright pops of florals! 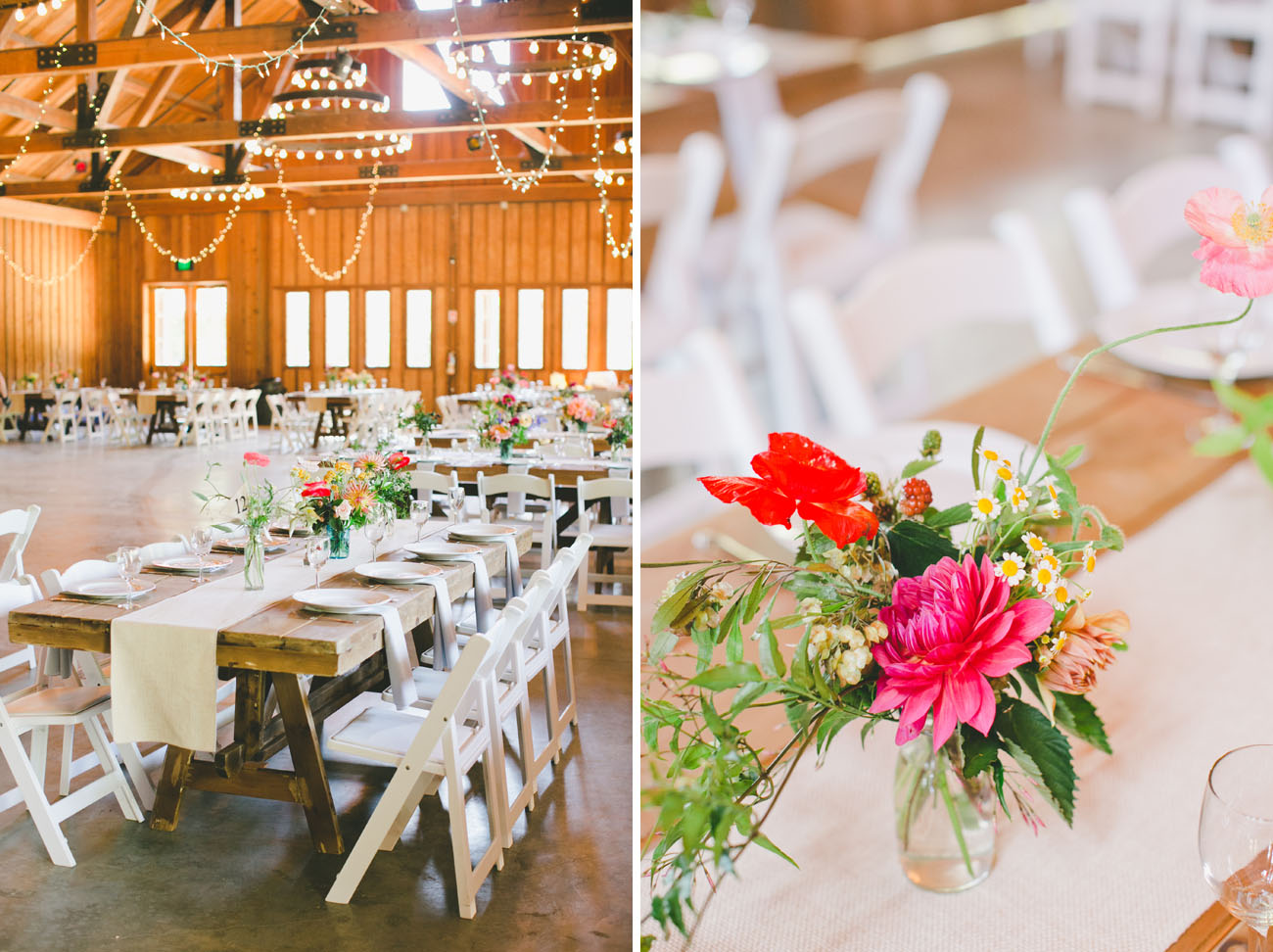 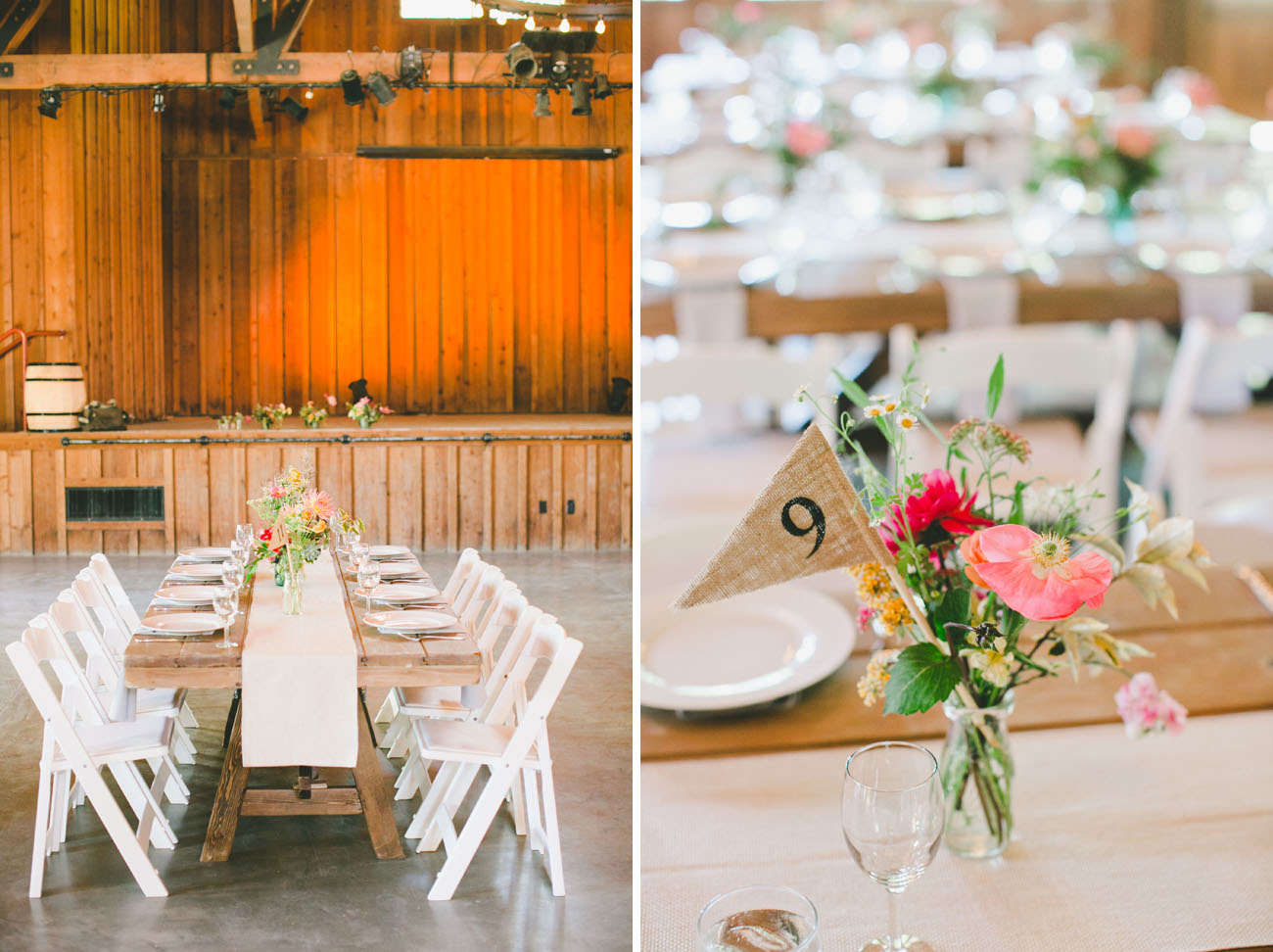 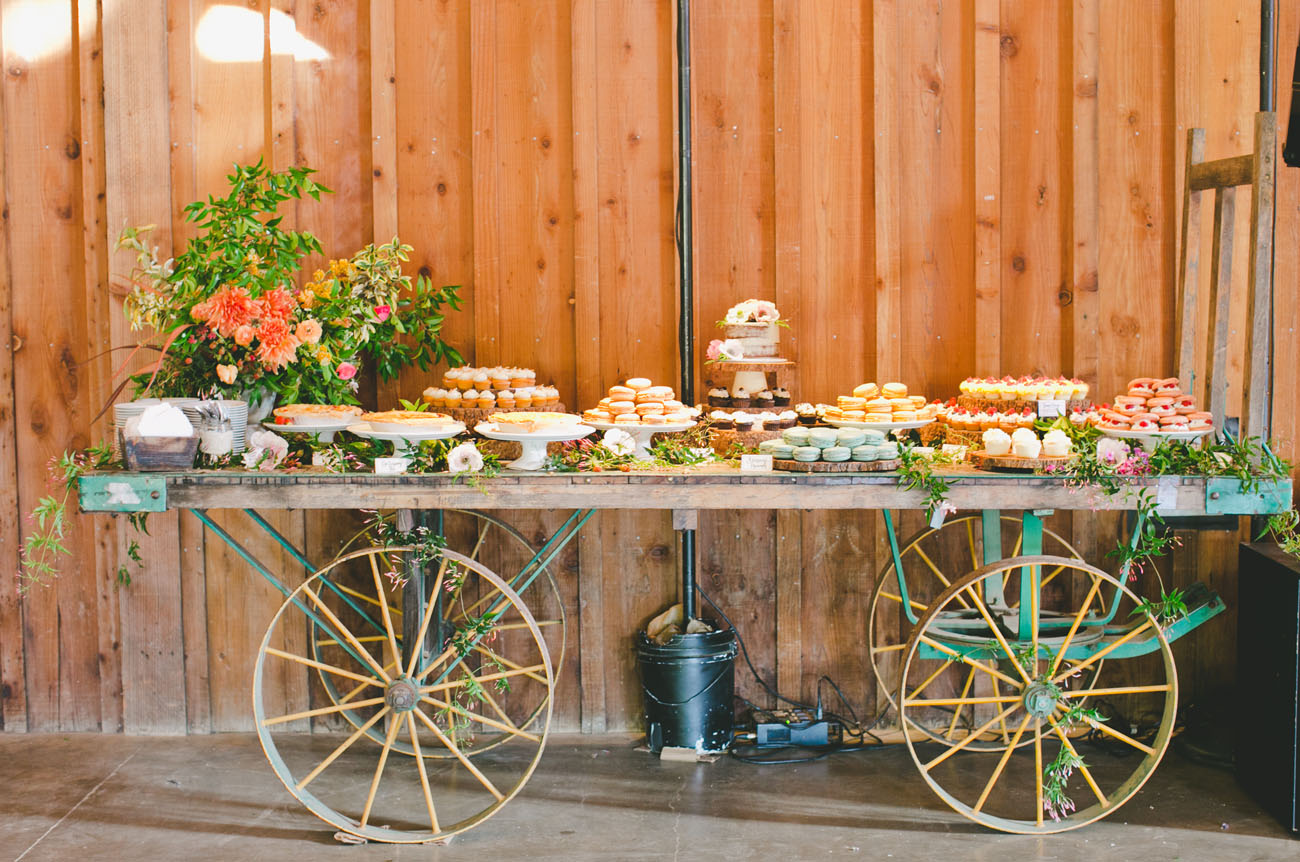 What a treat! This spread of delights was crafted by Buttercup Cakes. 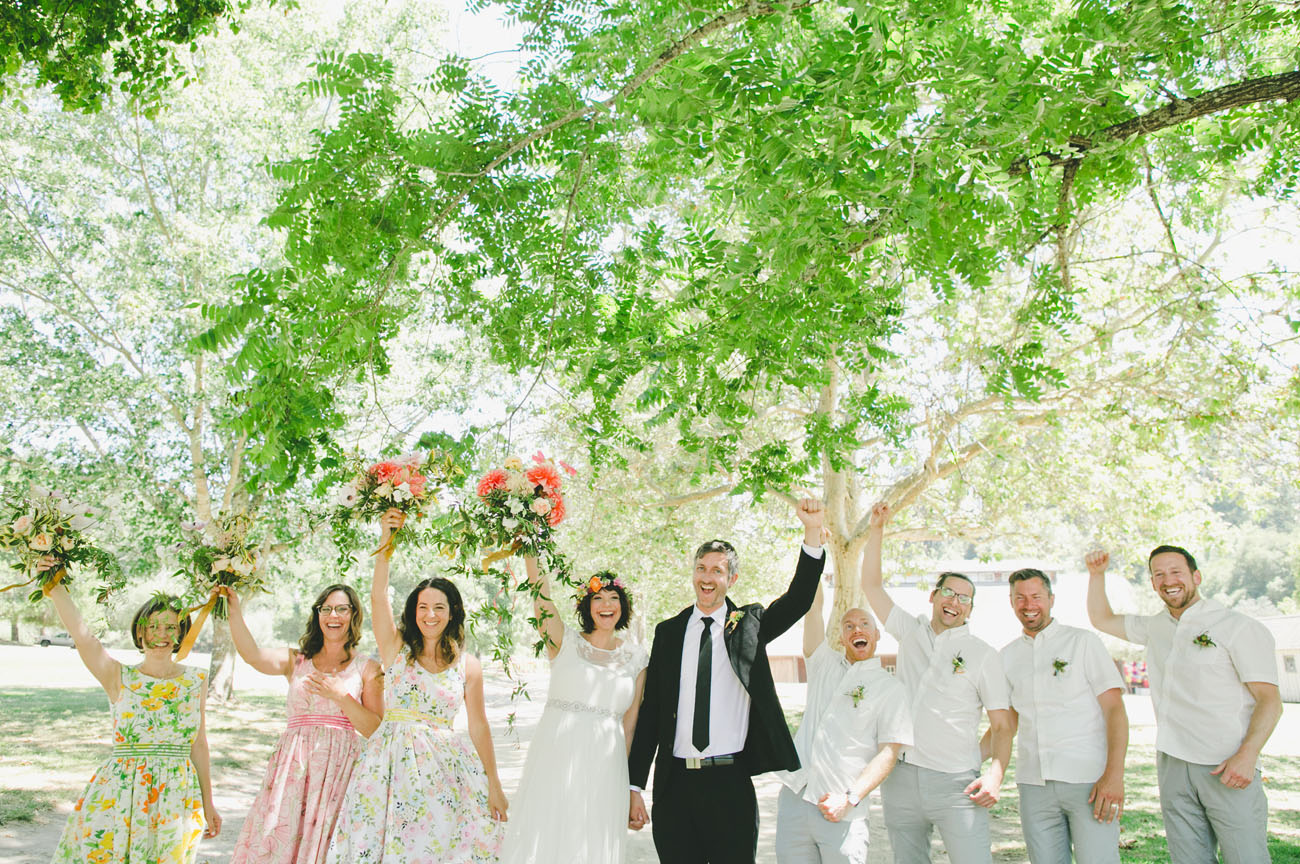 Since we were already technically married, it was incredible to be free of all formality and pressure to do something just because it is part of a traditional wedding. We just did what felt comfortable and meaningful.

From the team here at GWS, congrats Nicole + Jesse!!