If you’ve been a fan of GWS for a while, you probably remember seeing this wedding – one of our most popular weddings ever – on the site a few years back. Brendon Urie, of Panic! at the Disco and his wife, Sarah, are best friends with Spencer, former Panic! drummer, and Linda, who are now engaged + planning to tie the knot themselves! And we have the pictures to prove it, thanks to our friends at ART IS FOR LOVERS :)

Now that you’re all caught up to speed, let’s chat about these cuties for a sec! It all started at a Panic! show at The Wiltern in Los Angeles in 2011 when Linda met Sarah and everyone in the band EXCEPT for Spencer. She says, He was busy talking to people at the label, but a couple months later I saw a house I thought would be nice to live in, but it was too big for just me; Sarah said Spencer wanted to move out of his house in the Valley and over to the West Side, so she suggested we live together as roommates. He and I sent each other emails telling the other about ourselves, and we agreed to meet up to go see the house. We ended up not liking the place, and the next day he left for tour. A couple months later, while having dinner with Sarah, she said, “The guys got back from tour last night, and their bodyguard said Spencer kept talking about some girl named Linda.” I told Sarah that was funny because I had a dream about Spencer the night before. She told Spencer, and he said, “If she’s dreaming about me, then I have a chance!” He texted me at 2am asking if I remembered him, and we ended up talking for five hours until I had to leave for work. We went out on our first date later that week, and he asked me to move in with him two months later. We’ve been together for nearly five years now! 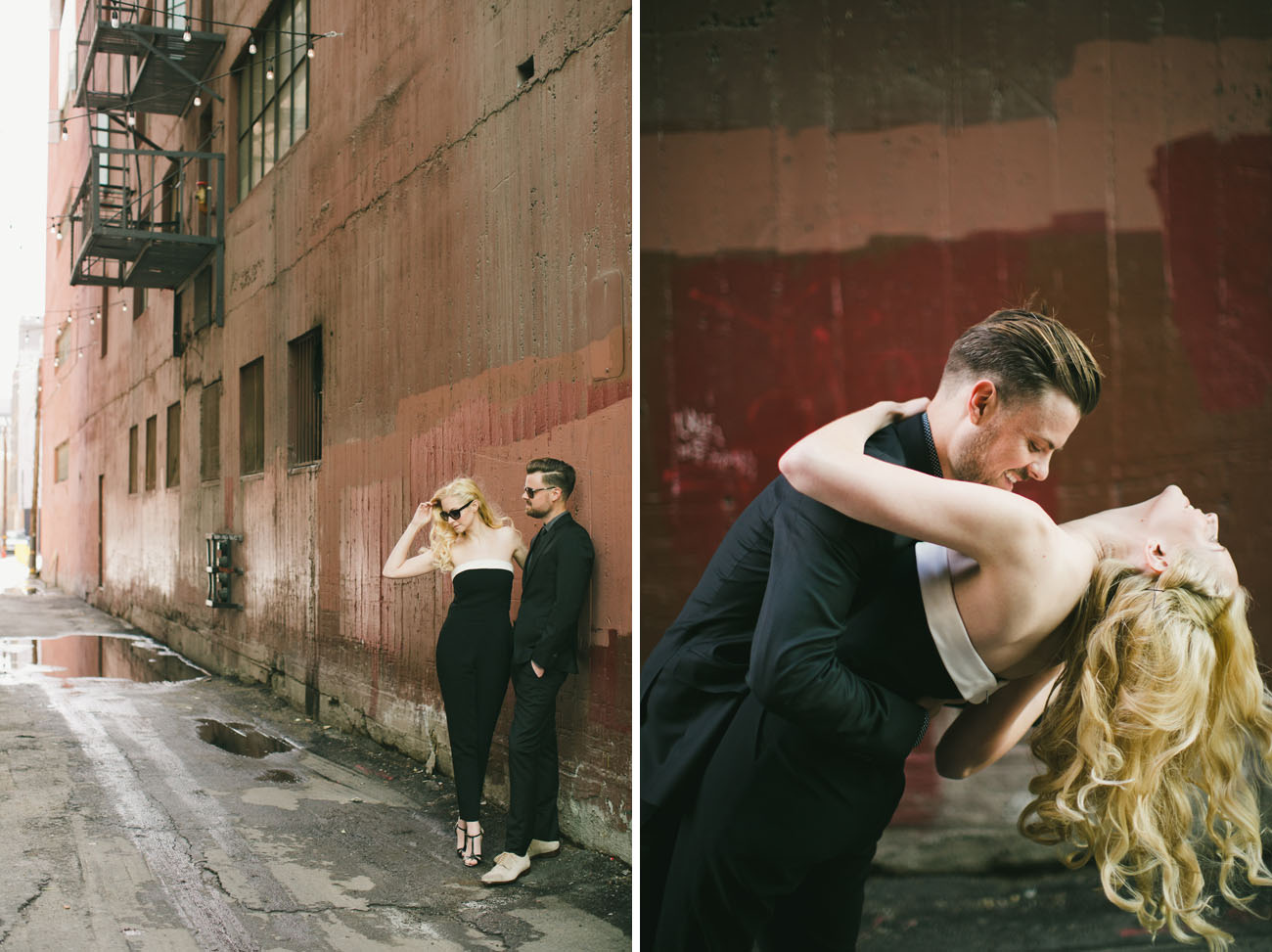 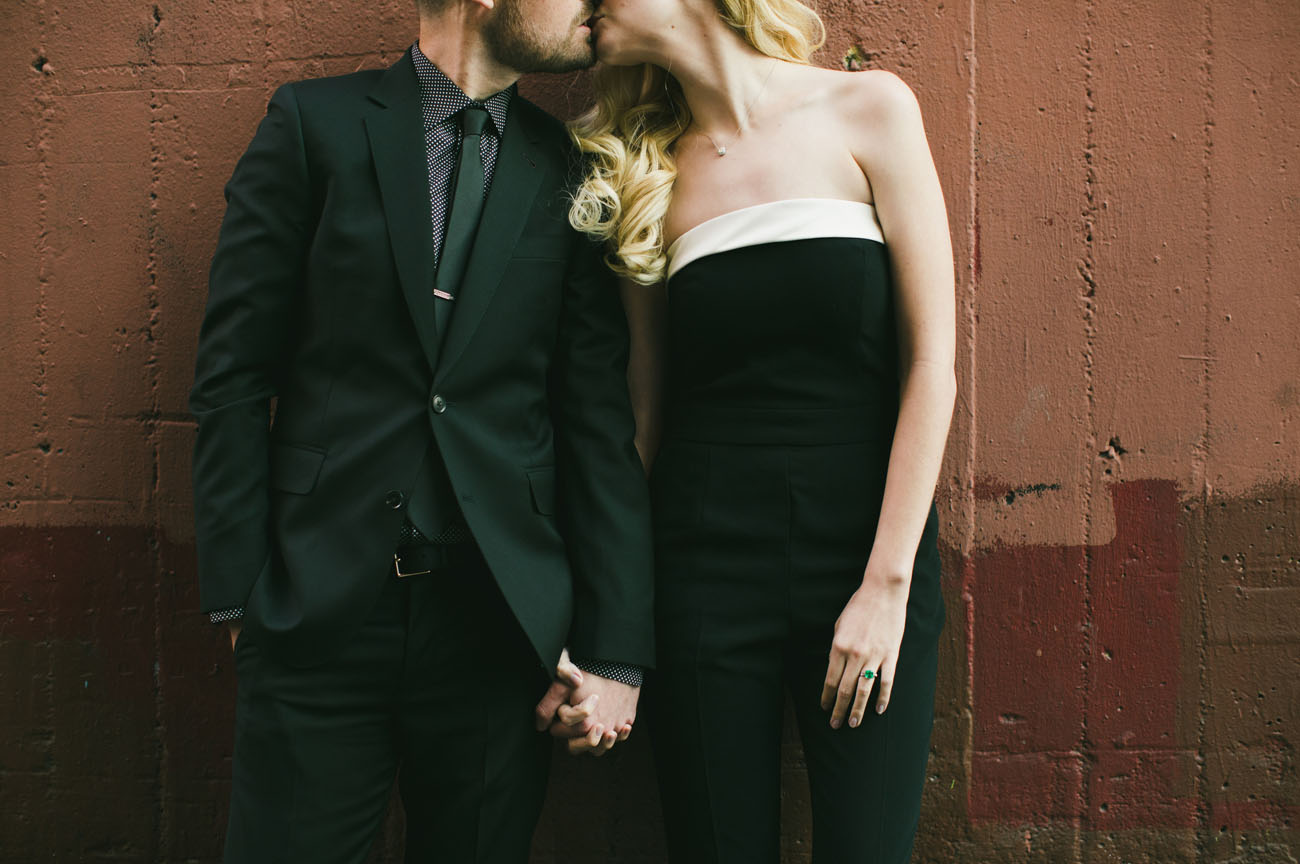 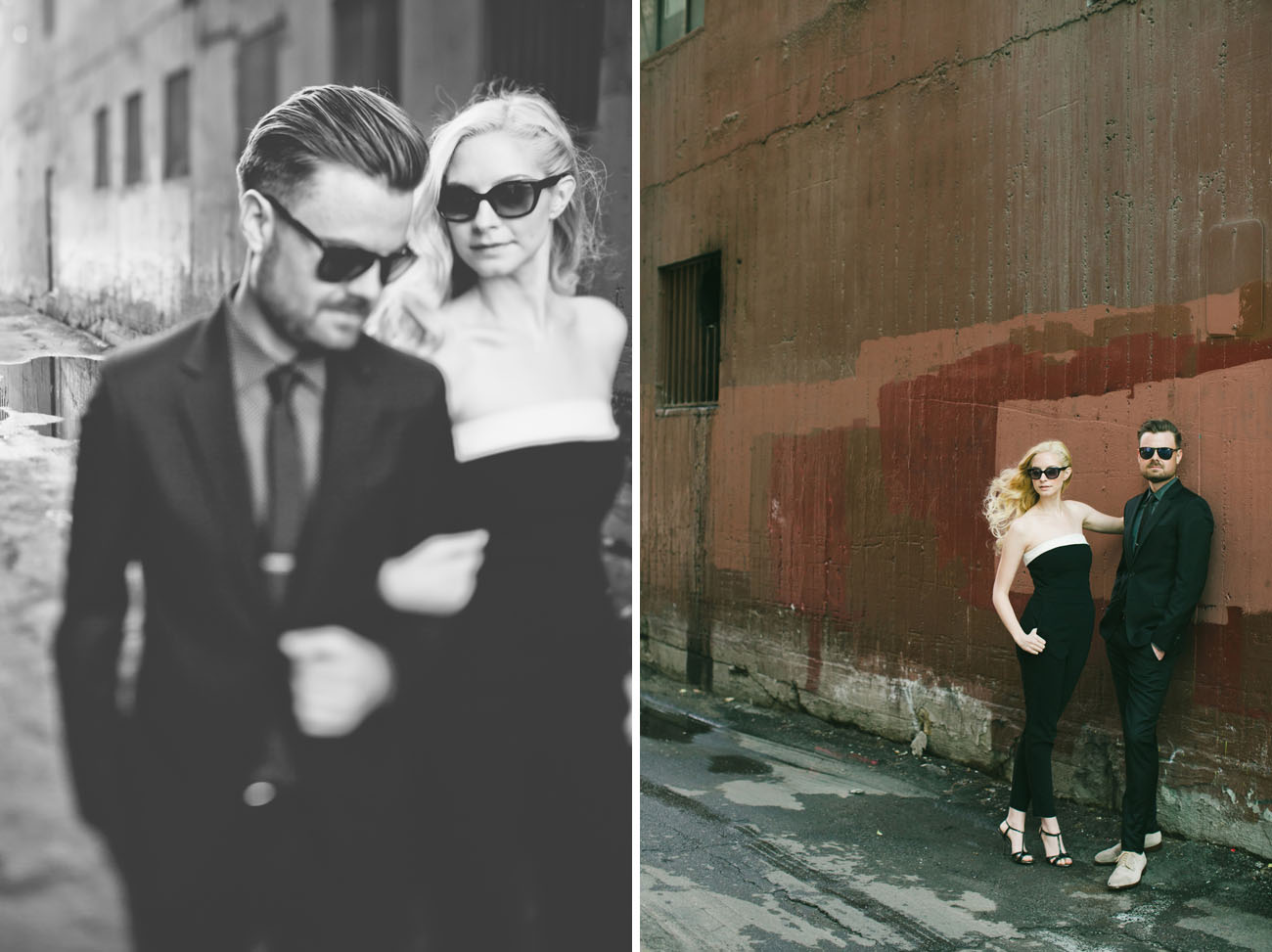 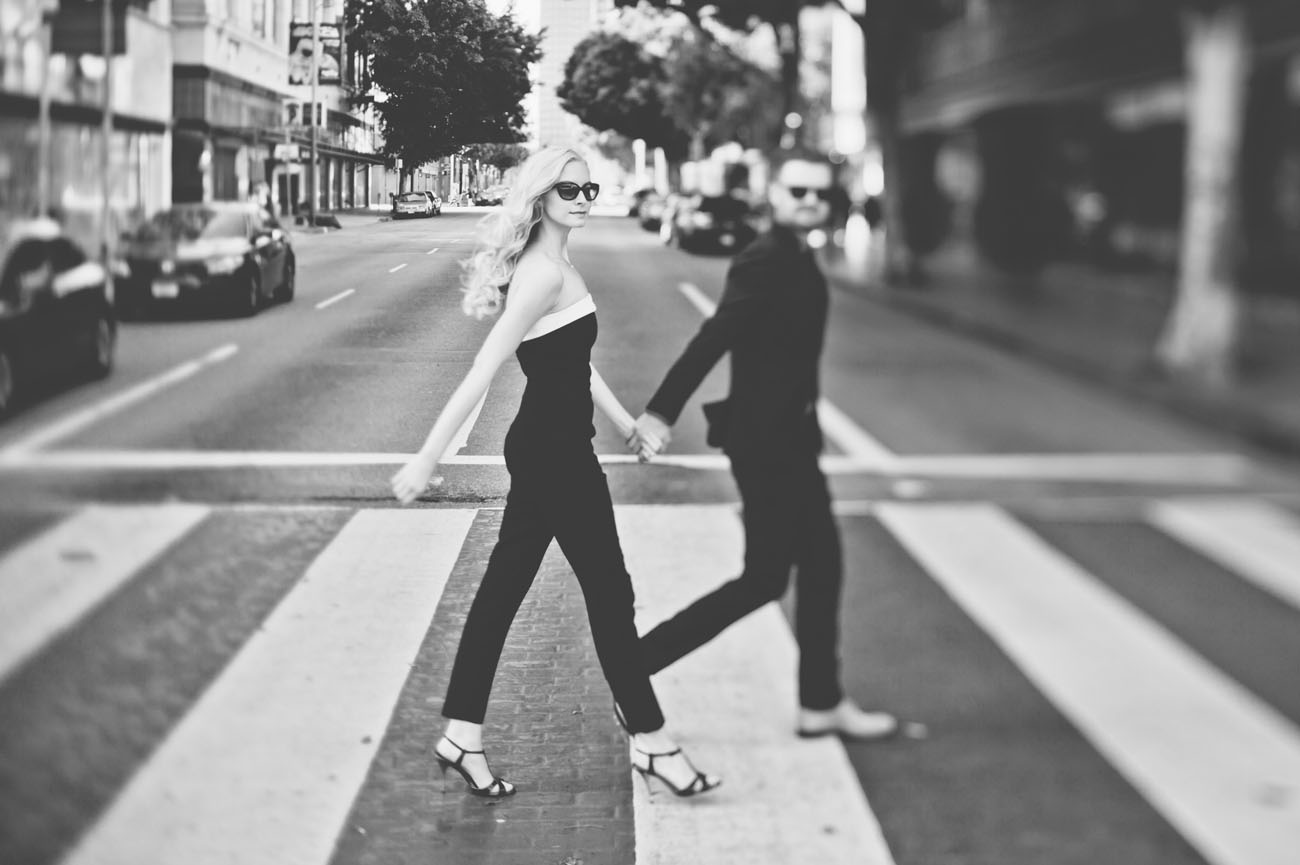 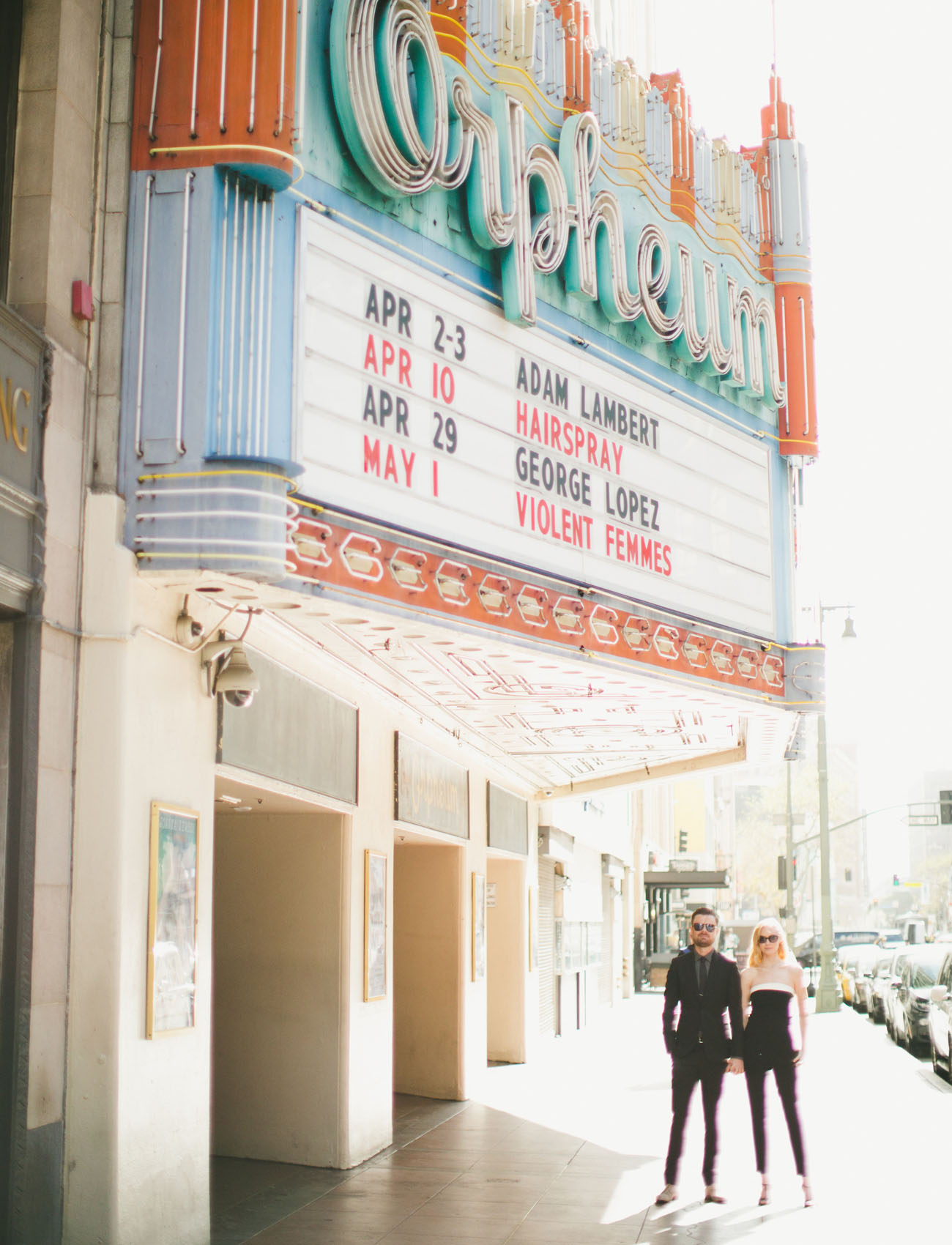 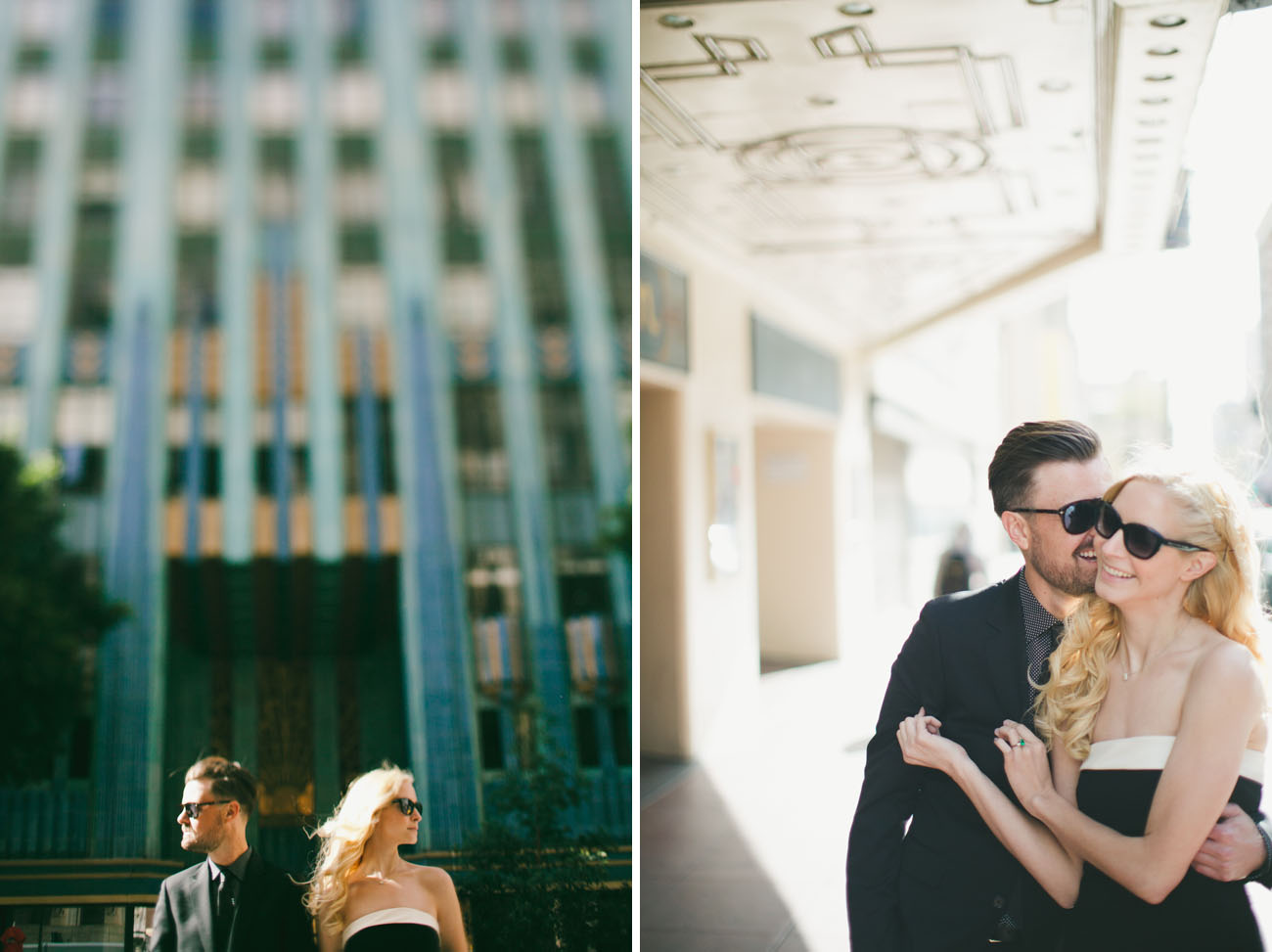 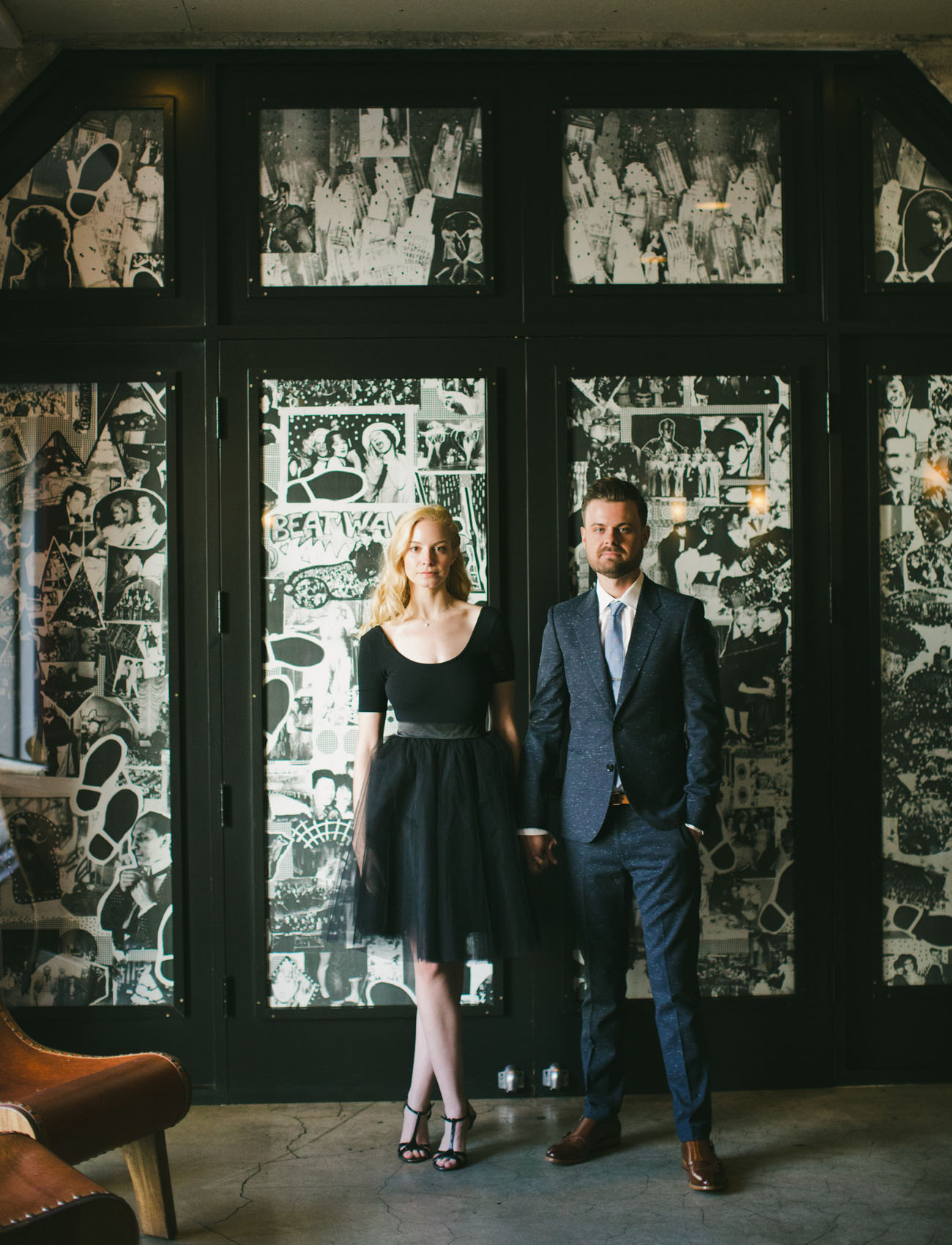 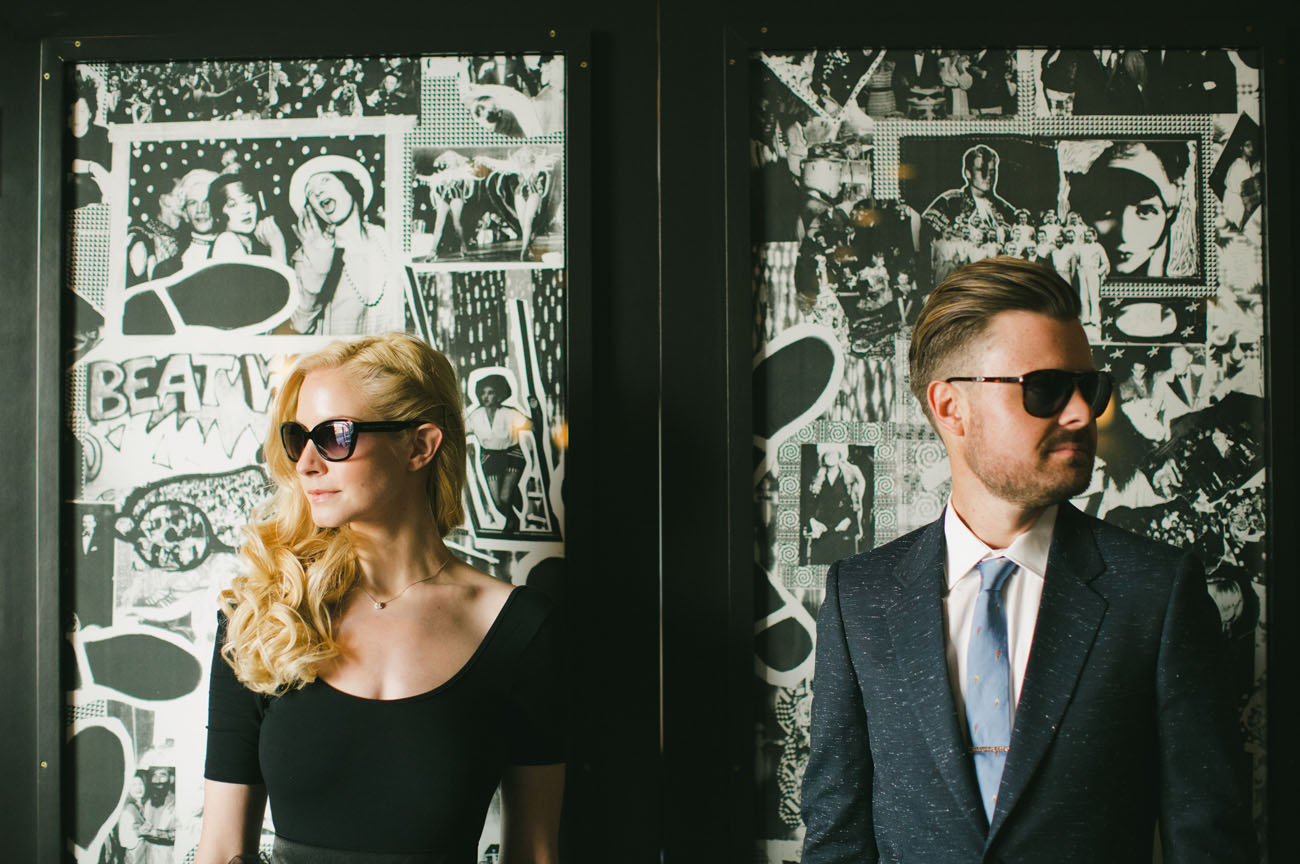 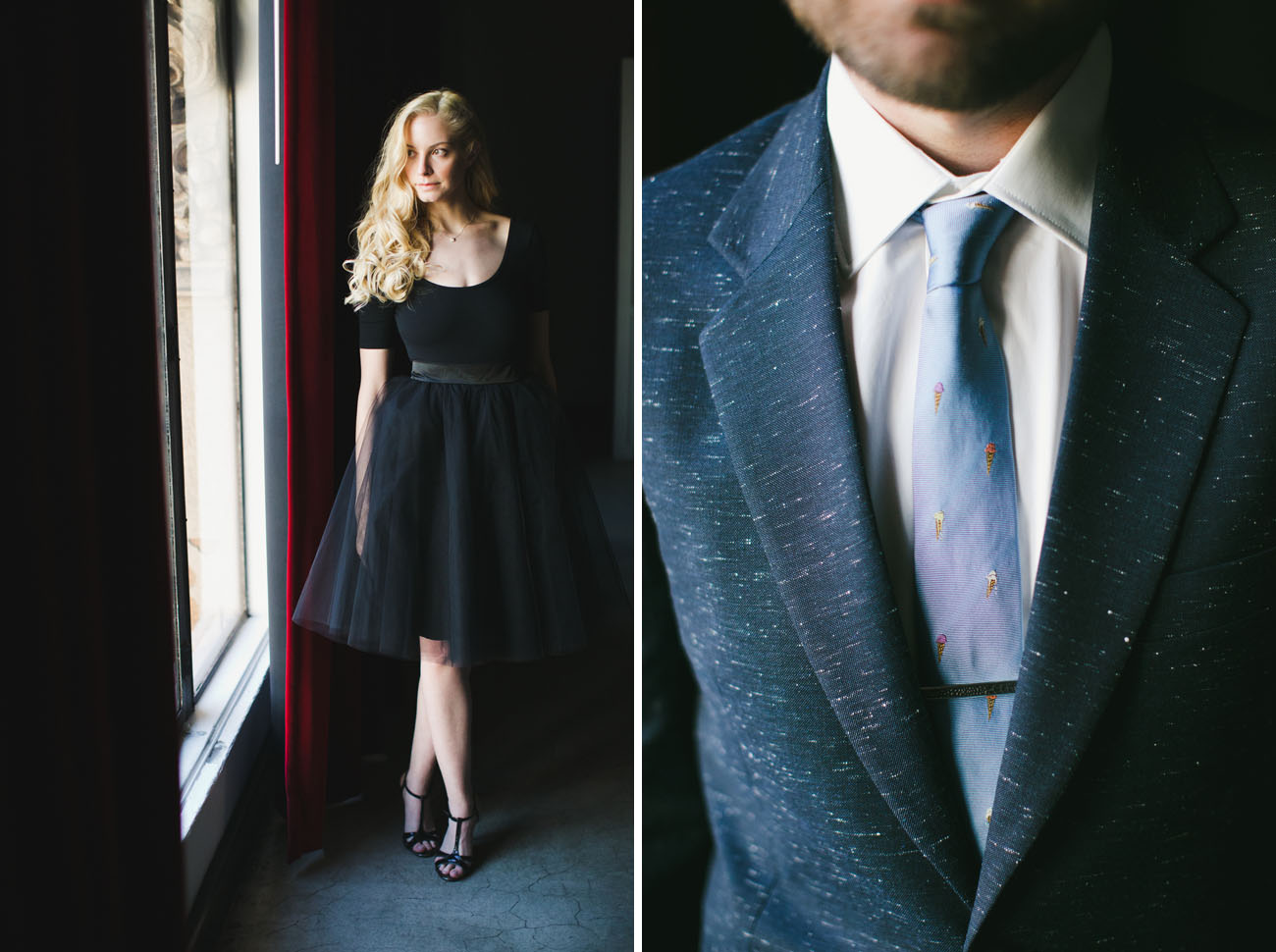 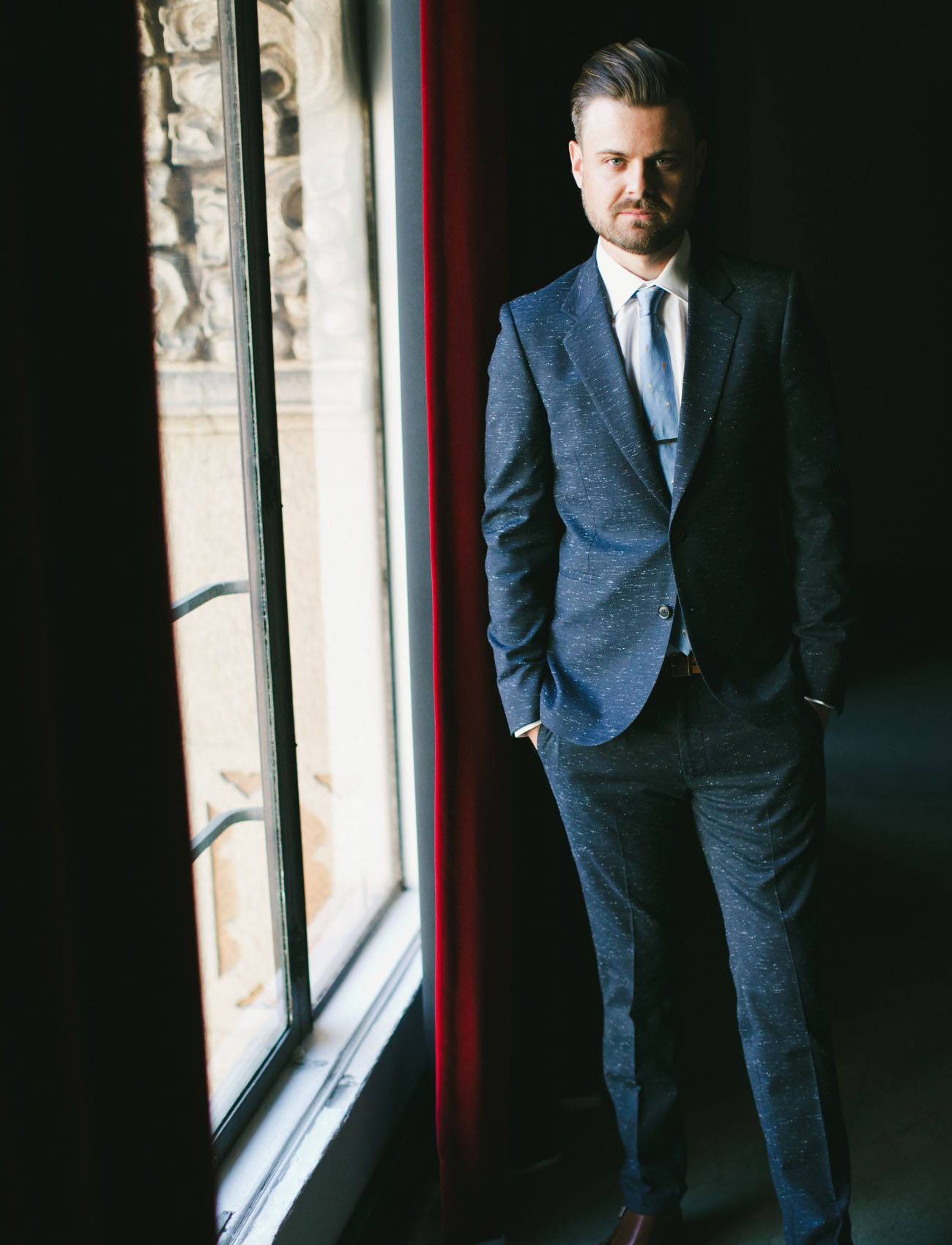 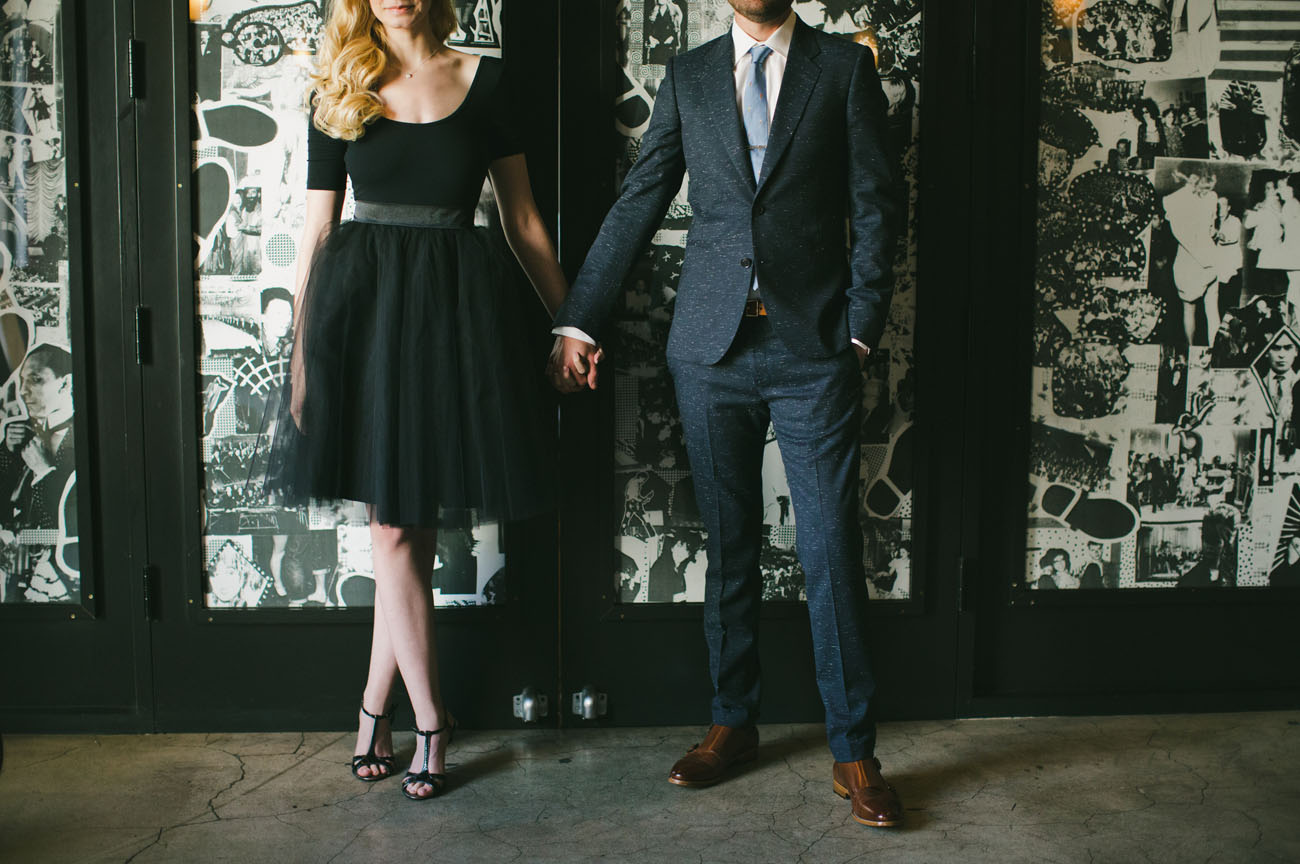 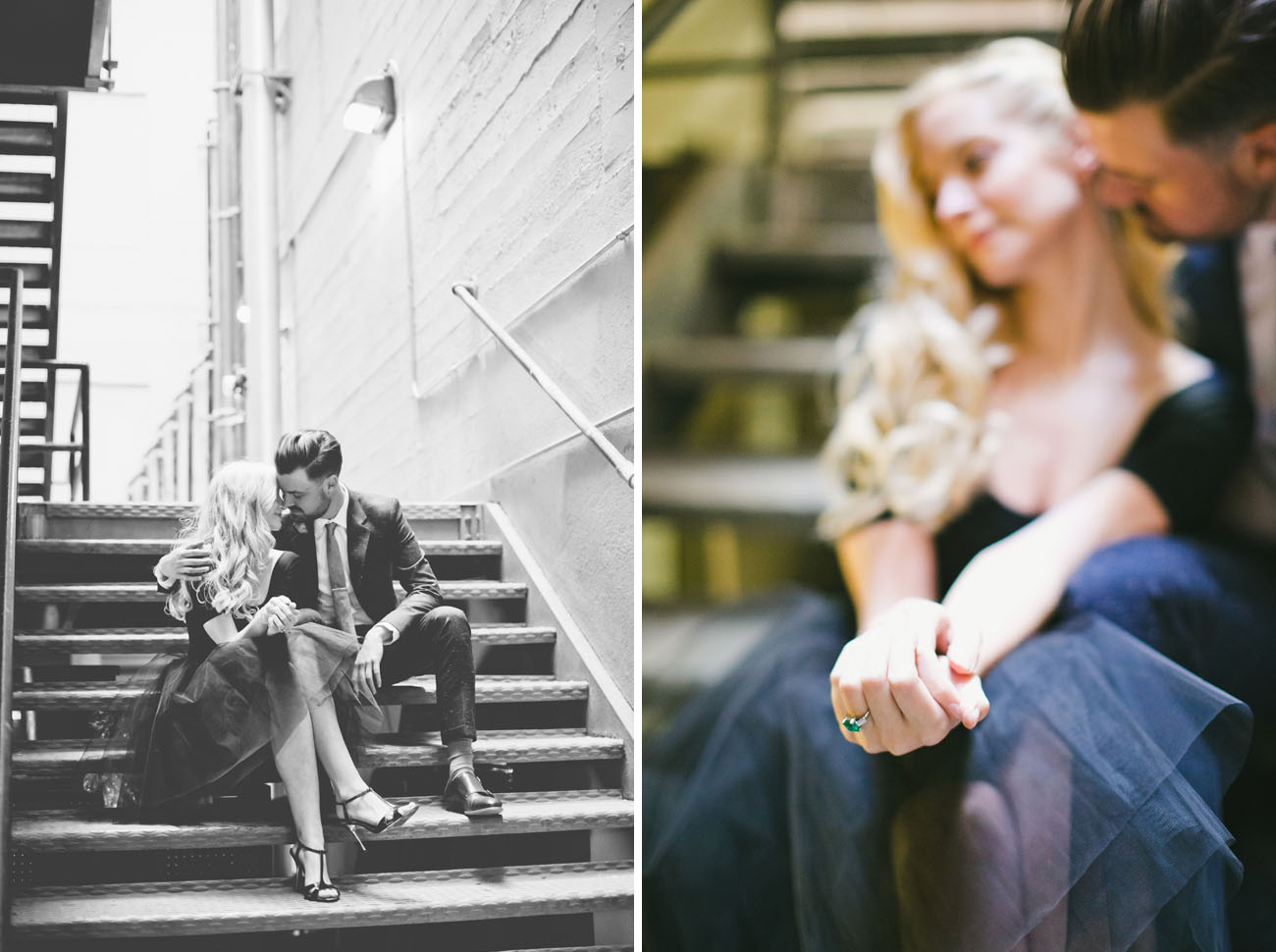 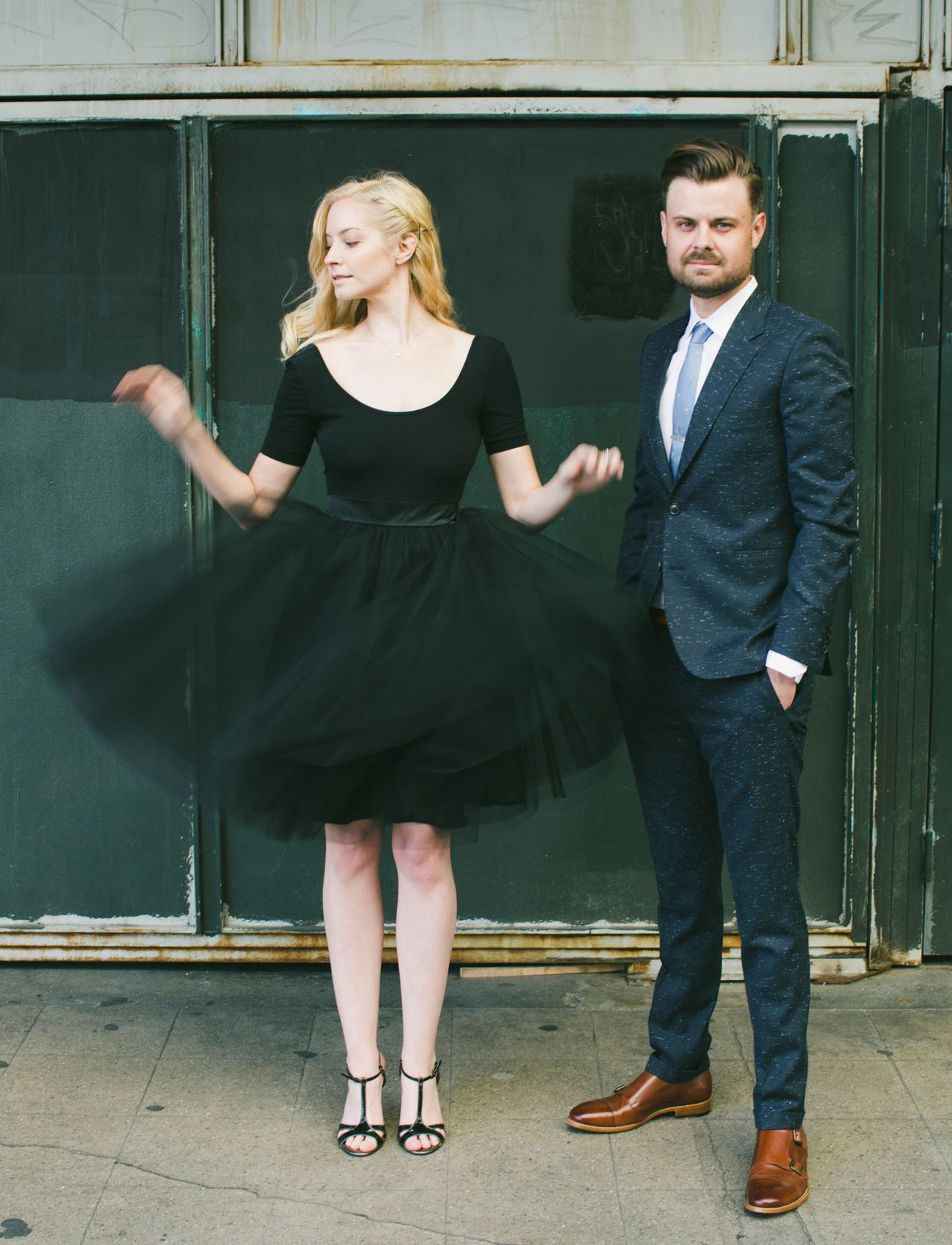 Let’s close out the day, and week, with Linda + Spencer’s sweet proposal story!

Linda says, I had been staring at this vintage emerald ring from Berganza in London for about two years. One day in January 2015 I went to look at it online, and it was gone. I was so sad, and Spencer pretended he was bummed about it (“Awww, that’s too bad.”). A few weeks later he flew me to San Francisco for my birthday (I had never been). The night before we left, he went outside to take a call, which I later learned was him asking my Dad if he could ask me to marry him. We arrived in San Francisco, dropped our things off at the hotel, and immediately went exploring. After walking around for a few hours, we ended up on Pier 39 with a view of the Golden Gate Bridge. No one else was around, so he asked me to face the bridge so he could get a picture of me looking up at it. When I turned around, he was down on one knee holding a closed little black box. He said, “I love you so much. You are my best friend, and I would love to spend the rest of my life with you. And I wanted to know if you would marry me?” I managed to say, “YES!” through tears, and when I hugged him, he said, “I have to show you the ring!” He opened the box, and it was the emerald ring from 1935 that I had loved for years.