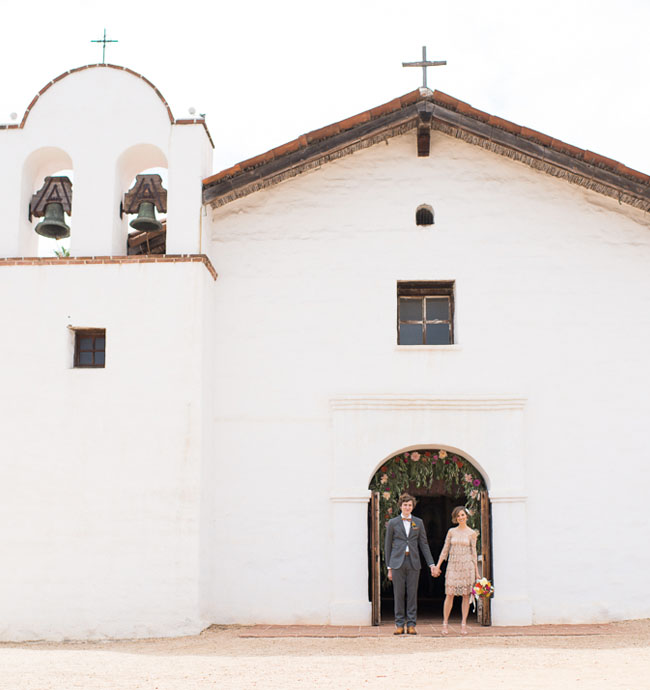 Though Perrin grew up in California + Michael in rural Vermont, they met in New Mexico, so the historical El Presidio Chapel in Santa Barbara was the perfect setting to capture the architecture of the southwest + dirt-under-your-feet feeling of where they first fell in love!  There were many fun + thoughtful details incorporated into this wedding, making it feel personal + close to home. Perrin wore her mother’s wedding dress (with some expert alterations by Alina Pizzano), traditional red chile ristras were shipped in from New Mexico as a nod to the couple’s college days, and succulents grown (from seed!) by the bride’s uncle + aunt decorated the reception tables. I’m majorly in love with the floral design from Simply Bouquets – I mean check out that amazing garland! And you won’t want to miss the 100-person dance parade through the Santa Barbara streets following their ceremony, a bit later in the post! :)

Big thanks to Limelife Photography for the gorgeous photography and congrats to Perrin + Michael! 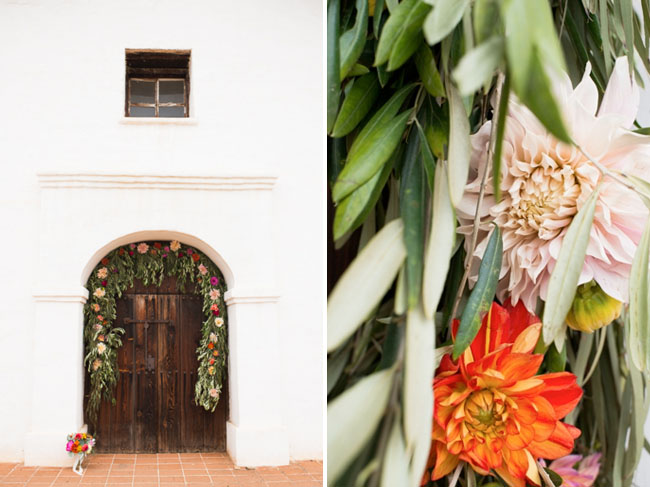 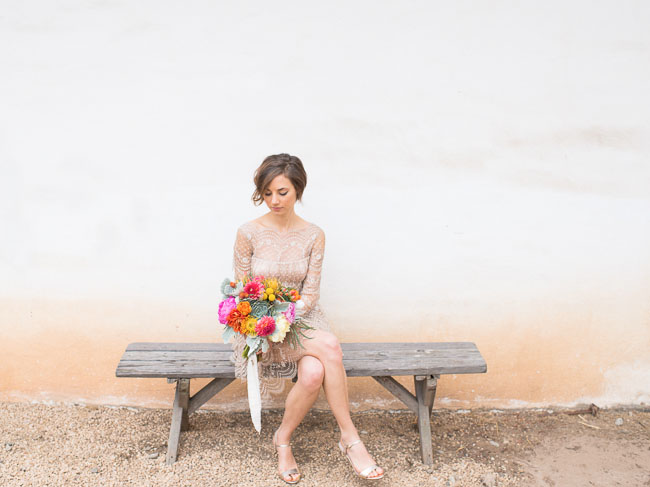 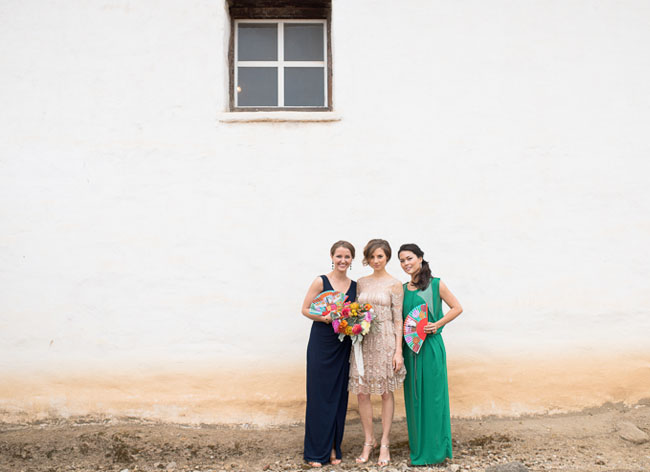 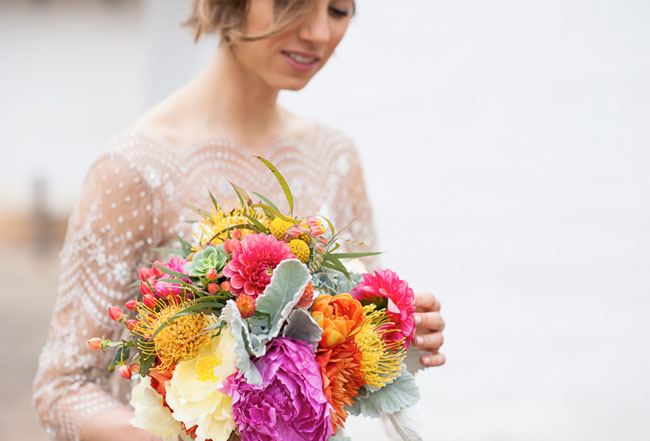 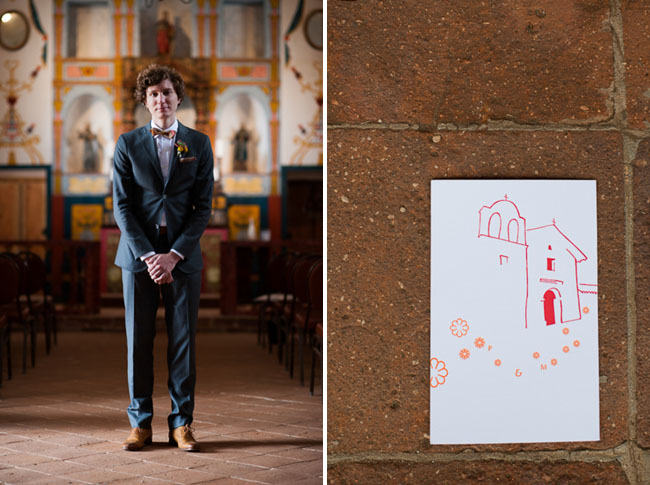 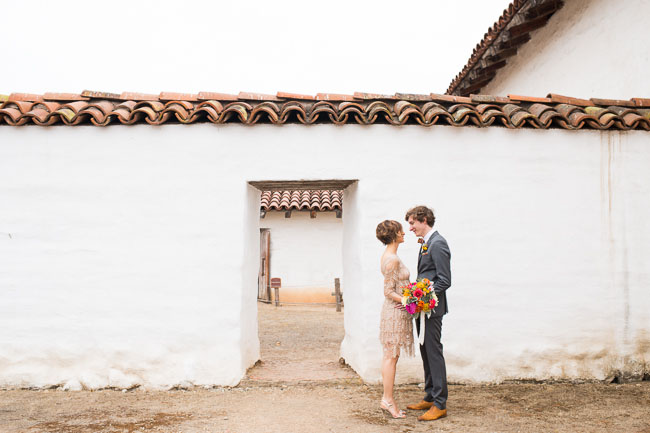 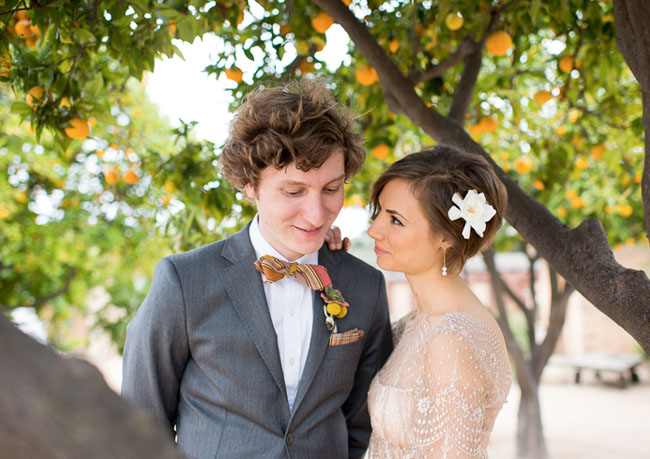 Seriously, can you believe this was Perrin’s mother’s wedding dress?! It’s probably one of my all time faves…. 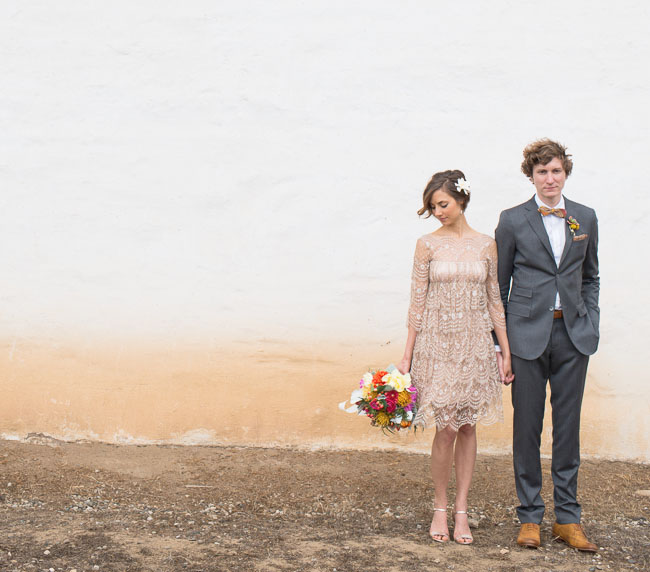 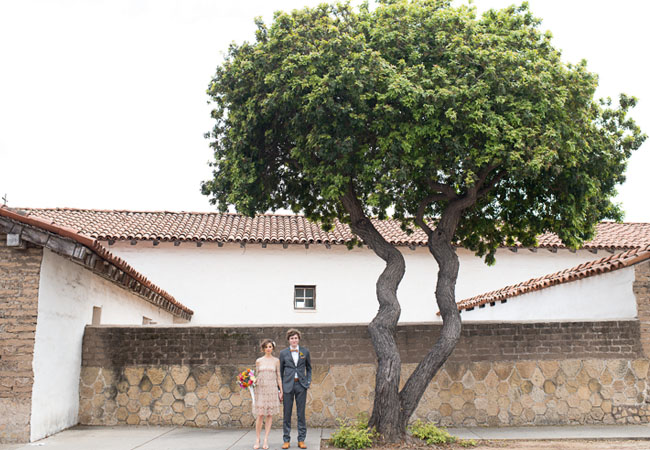 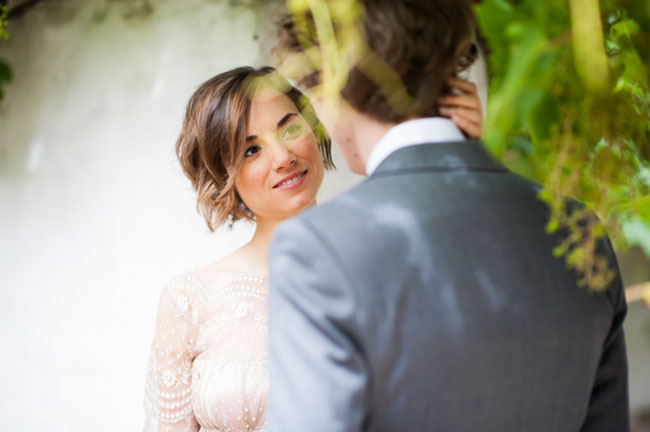 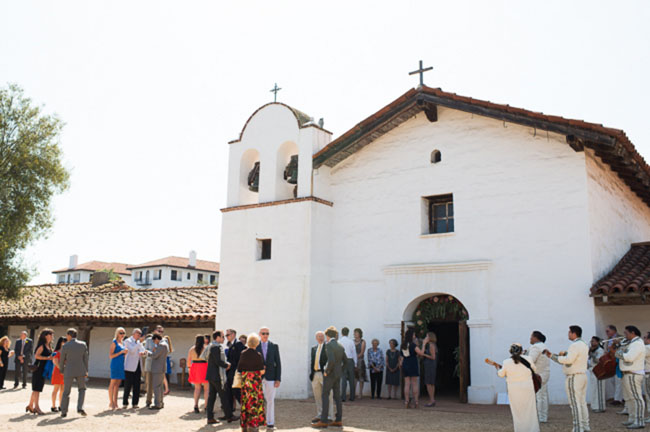 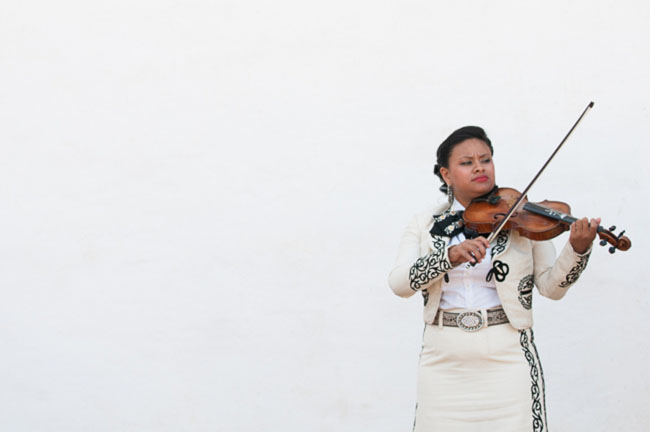 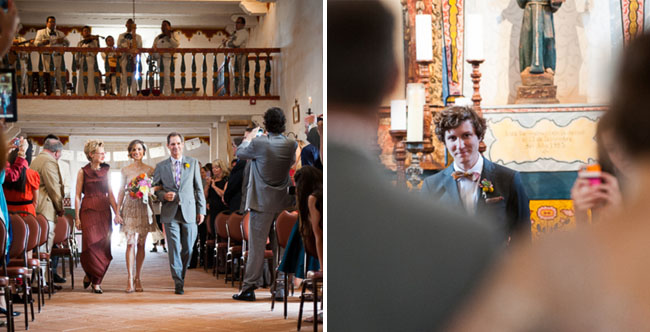 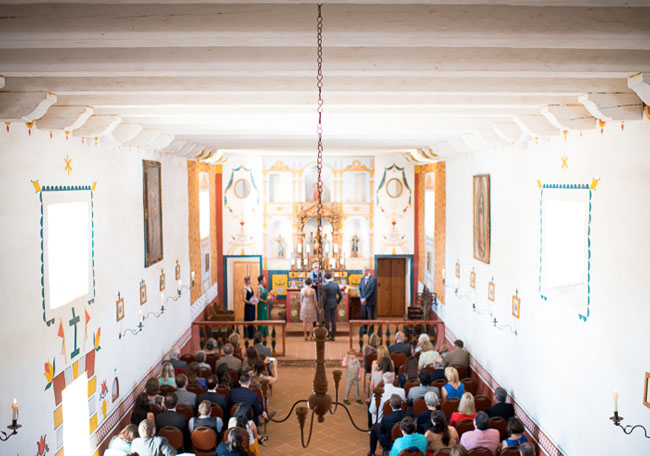 The chapel where Perrin + Michael exchanged their vows was Santa Barbara’s very first church. Such a pretty + colorful setting! 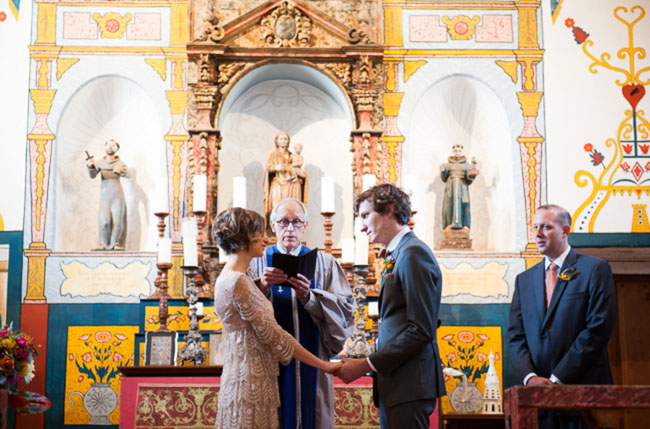 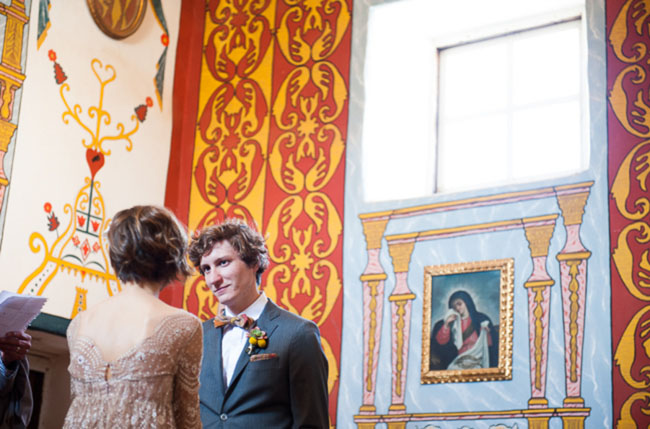 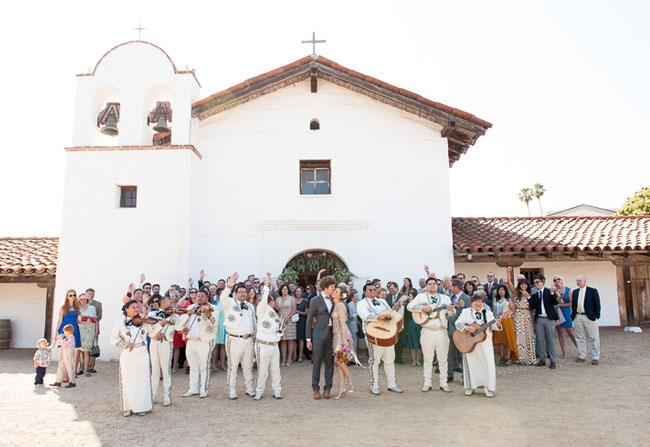 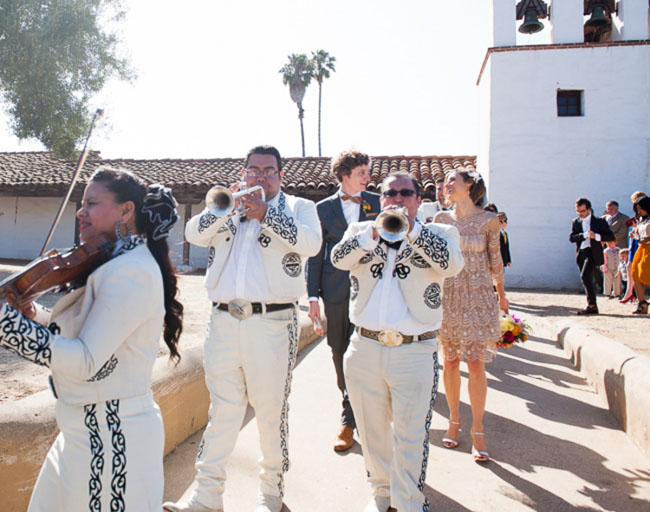 The 7-piece mariachi band that never stopped playing from the moment they descended the choir loft (where they played during our ceremony) and led all our guests on the 5-minute walk from the Presidio, through the streets of Santa Barbara, and to the reception, creating a 100-person dance line. We planned it in advance, of course, but had no idea how much fun it would be or how perfectly it would set the tone for the rest of the reception. 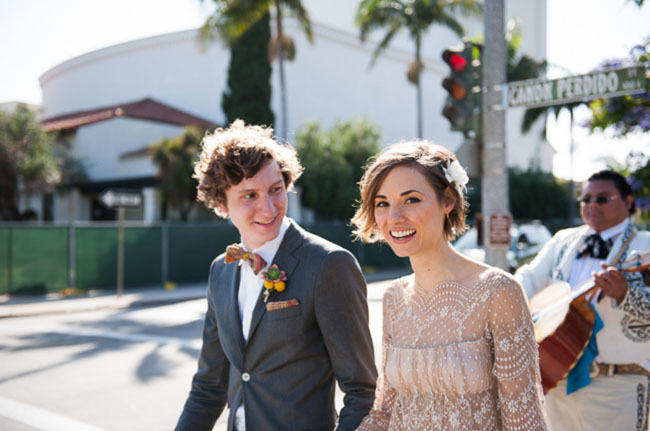 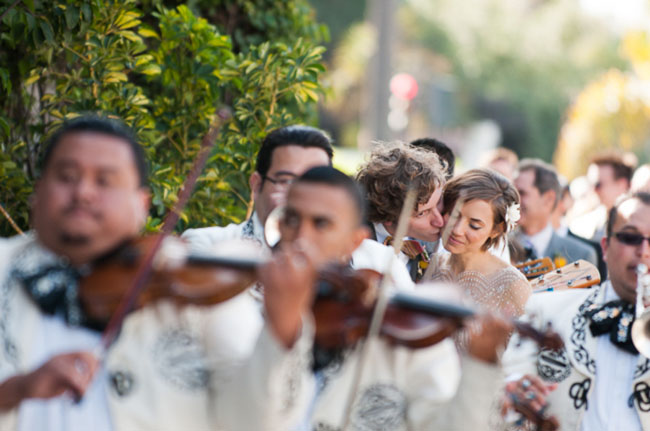 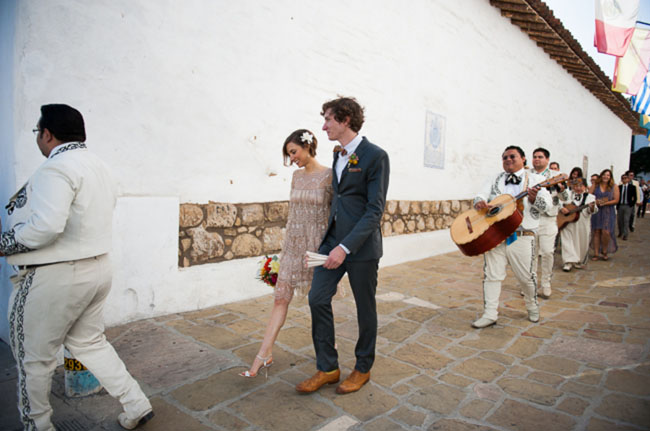 The vibrant papel picado was hand-made on letter-press + sewn by hand. I love how itt adds such a great dose of color to the venue’s neutral backdrop! 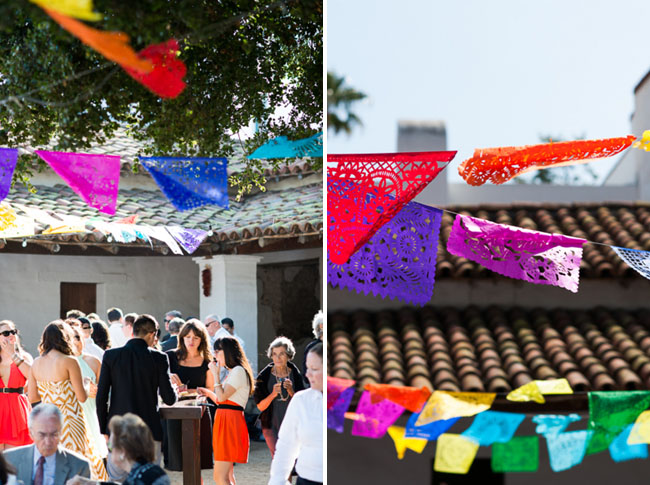 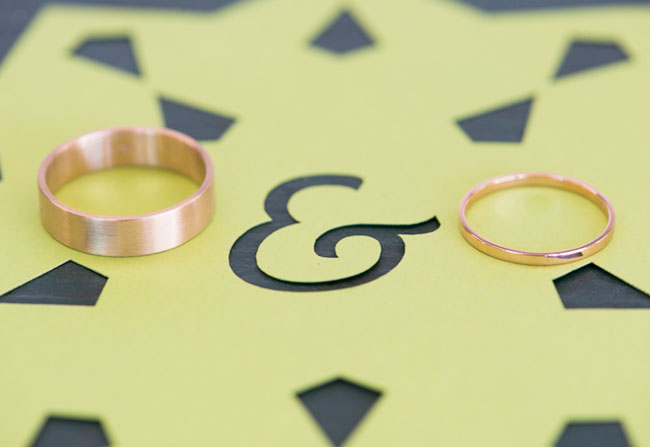 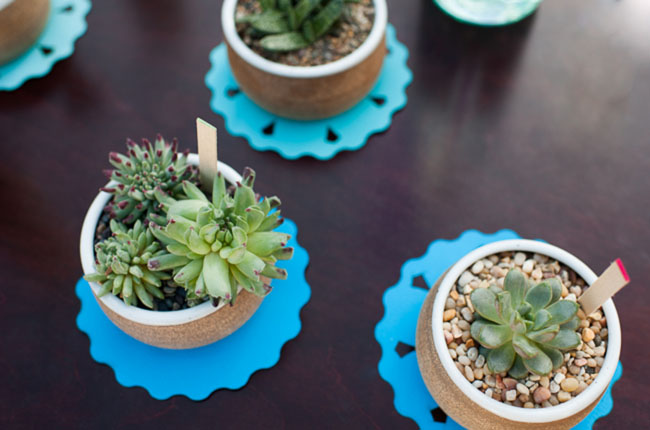 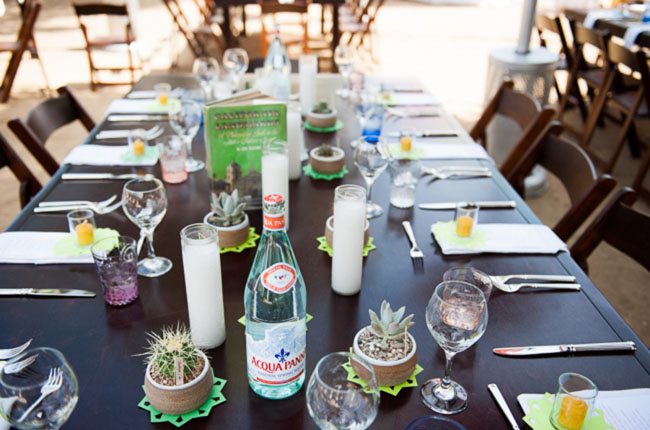 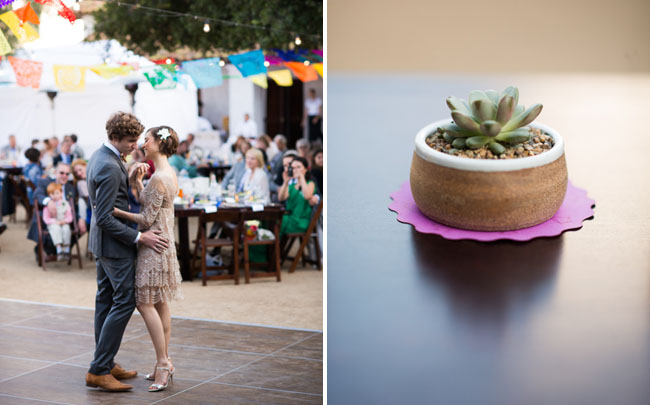 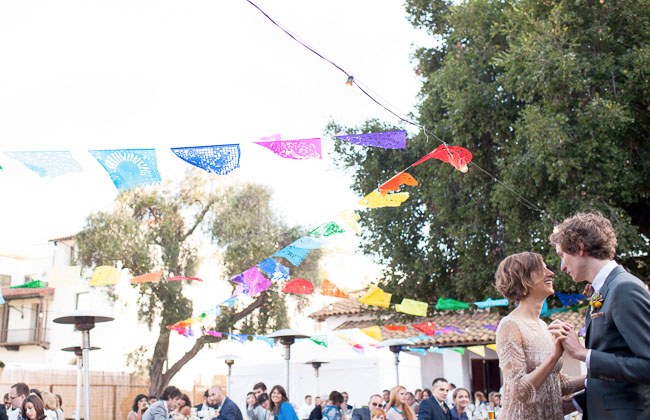 We're organized list-makers by nature, but we learned that we needed to decide what key elements were most important to us and just let some of the smaller things go. We were pretty good about keeping everything in perspective, and really just looked at the day as an excuse to throw an amazing party. Honestly, though, we couldn't have pulled off some of the inevitable hiccups that arise on the day itself without our incredible day-of coordinator (Sophie, of Amazing Day Events). She took care of every last detail so we were free to relax and enjoy what ended up being the best party we've ever been to in our lives.