On January 10, Fergie and Josh Duhamel tied the knot at the Church Estate Vineyard in Malibu, California. Fergie called it “magical” and “ethereal,” while Josh said it “incorporated both our personalities.” The event was planner by none other than Mindy Weiss. “Lots of nature was important to Josh,” Mindy Weiss says. “I knew I could bling it up for Fergie.” 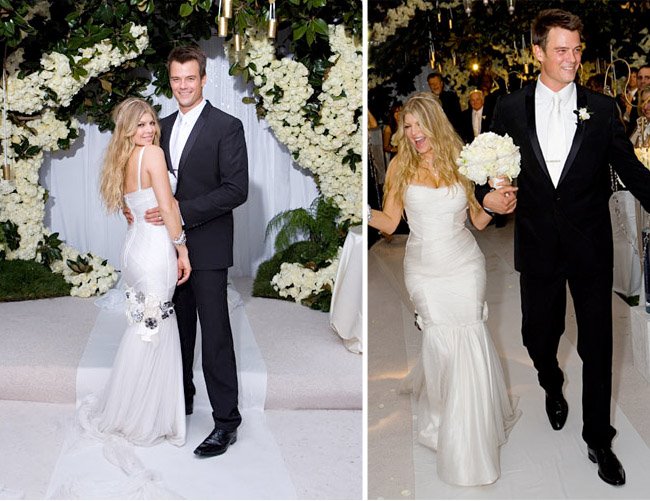 The entire wedding party — including the bride and groom — was outfitted in dresses and tuxes from Dolce and Gabbana. Fergie wore a fitted, white ruched, corseted wedding gown with a mesh tulle overlay, spaghetti straps and a long train, all custom-made for the occasion. I love the back of her dress! 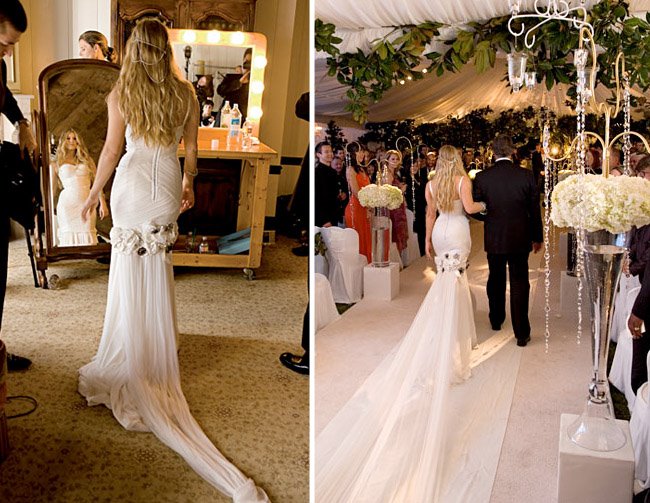 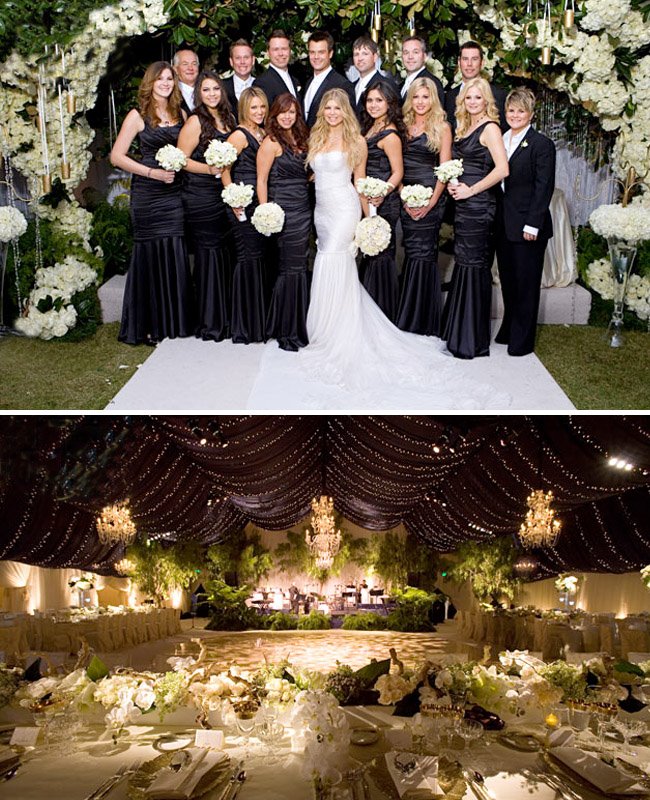 375 guests in attendance enjoyed a massive 150 pound cake at their $1 million wedding. Following an after-dinner slide show, Josh presented to Fergie a segment he produced of 40 of the couple’s friends and family lip synching and dancing to her signature hit, “Fergalicious.” – What a cute idea!

Ellen Black, of Lehr and Black, the company that designed the couple’s wedding stationary, tells People.com, “Fergie loves bling and has a love for unicorns and Josh loves nature. The artwork had leaves and hidden details like a unicorn and the invites were decorated with crystals. There’s a current trend for celebrities to give out the invitation as a gift at the end of the wedding. That way, they can avoid the invitation being revealed before the wedding and can keep all the details a secret.”

The couple also gave their guests a unique treat by including a specially designed caricature of themselves with the invite. Black adds, “Josh has a love for art and viewed it as giving away of piece of art.”

Fergie’s engagement ring is a customized Stars ring that features a round, 4-carat brilliant-cut diamond set in a stunning band with colors ranging from white to cognac. The singer also received a matching, narrow wedding band. Both rings were made of H. Stern’s 18 K Noble Gold. Josh’s wedding band was created at Fergie’s direction, featuring organic lines and asymmetric edges. Each band also has a special engraved personal message by the bride and groom.

They spent their honeymoon at the Reethi Rah One and Only Hotel in the Maldives.

In this month’s Elle magazine, Fergie and Josh show off some more of their wedding photos – from the wedding night! Is this the start of a new trend? What do you think, would you invite your photographer back to your hotel for some wedding night photos?? 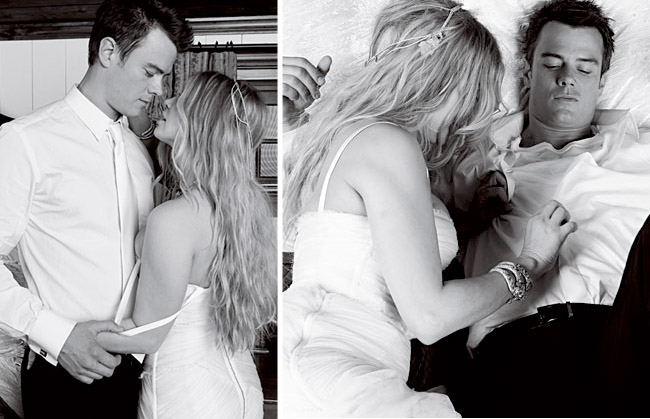 {via Usweekly, Elle, People, and Popsugar}