I love a good proposal story, who doesn’t?! Today, I’m sharing two super creative proposals. The first is the proposal of Mikaela and Shane. Their first date was at a Starbucks, so Shane decided to build a Starbucks in the woods – seriously! Wait until you see it! :) Shane told Mikaela (who is a photographer) that they were going on a photo field trip to this great place he discovered, well he led her to a clearing in the woods and had Mikaela close her eyes. The moment she opened her eyes, she saw this… 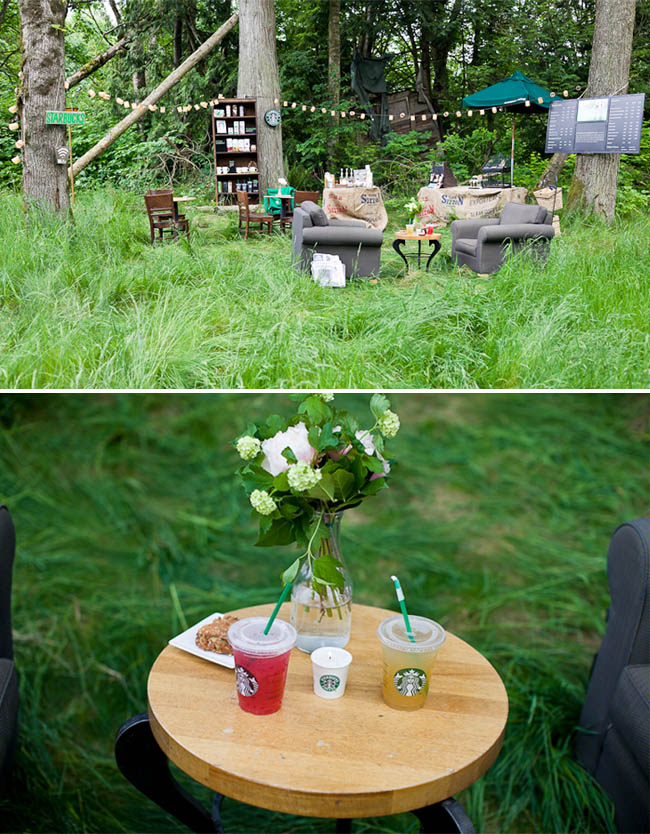 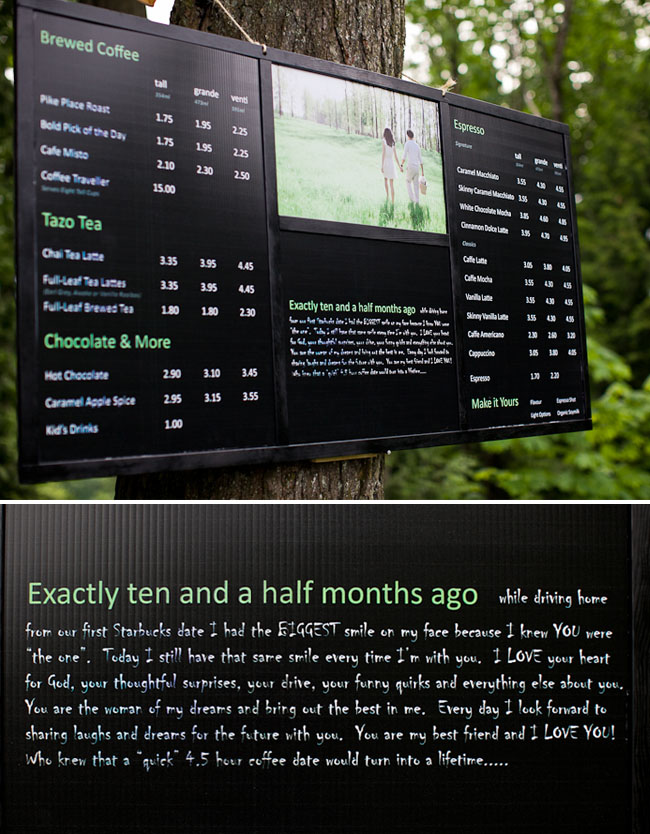 From Mikaela, “The moment I was allowed to open my eyes is a moment that will be burned into my memory forever. It was the most peculiar feeling to see something so unexpected, so creatively carried out, something that took weeks and hours to plan, for me. For this moment. For us. Surreal.

Starbucks in the woods. Our Starbucks, our first date in those two comfy chairs, with our same two drinks – a passion tea lemonade and a green tea lemonade, and that fruit bar Shane had as well. A homemade candle in a Starbucks sample cup flickered, the prettiest bouquet of pink peonies, and music playing in the background. We sat, me in stunned silence and broken sentences. Knowing what would most likely come next, but not daring to think it, at the same time. Derrick ran by in the corner of my eye, leaving behind a video camera, while I caught someone taking photos in the bushes! Another video camera on a table! Crap, why didn’t I wear my contacts tonight, why the glasses? And off they came :) Then Shane pulled out a ring box and said those words and it happened.

‘Ever since our first date I knew you were the one… I fall more and more in love with you each day… Mikaela Ruth, will you marry me?’

He says there was a pause before I said yes! Of course! And then I dropped to the ground to be close to him and to hug him and he slipped the ring on to my finger.” 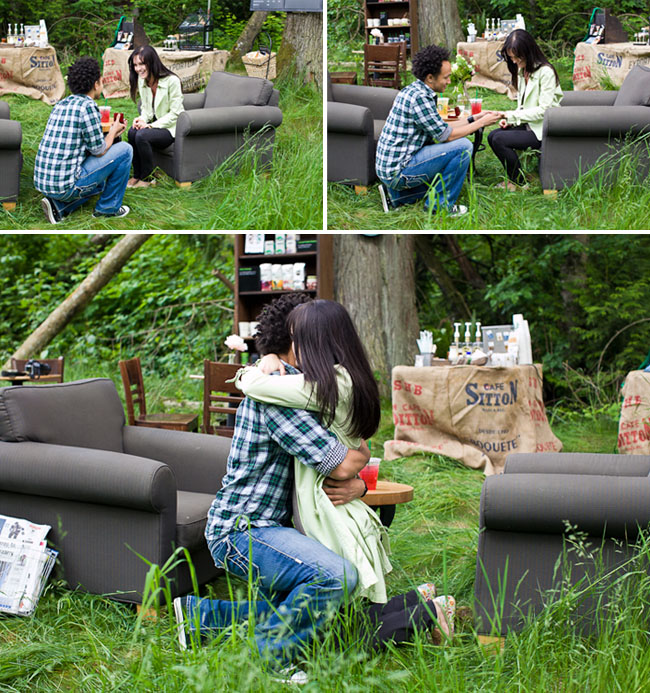 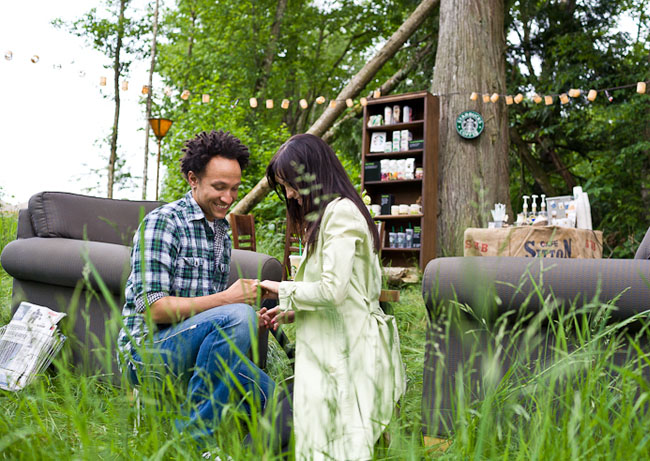 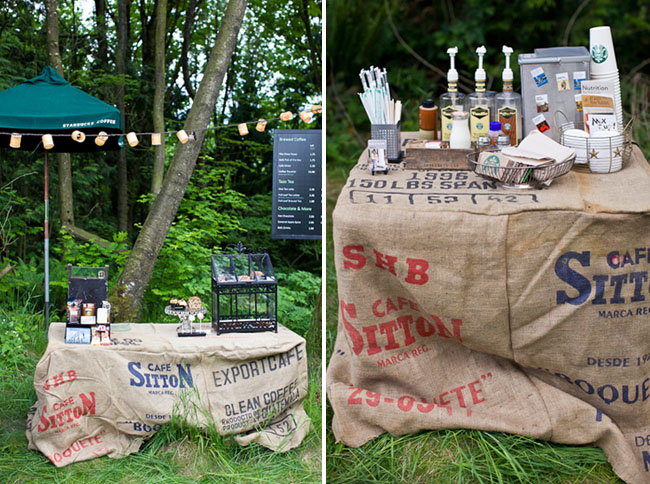 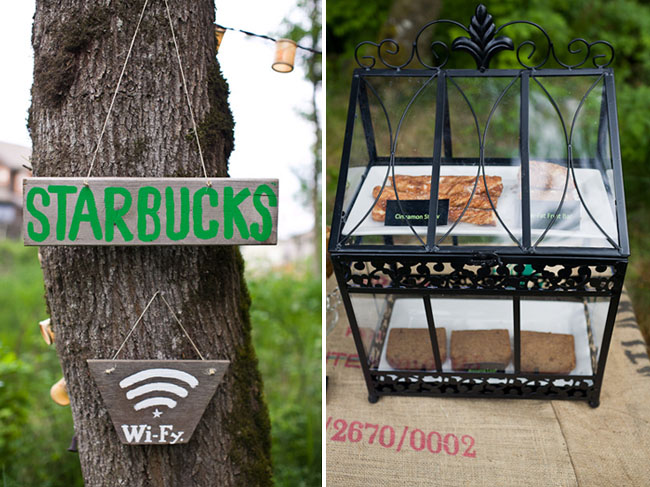 Check out all the details Shane put into the proposal…Love the wifey instead of Wi-Fi :) And the free download cards! 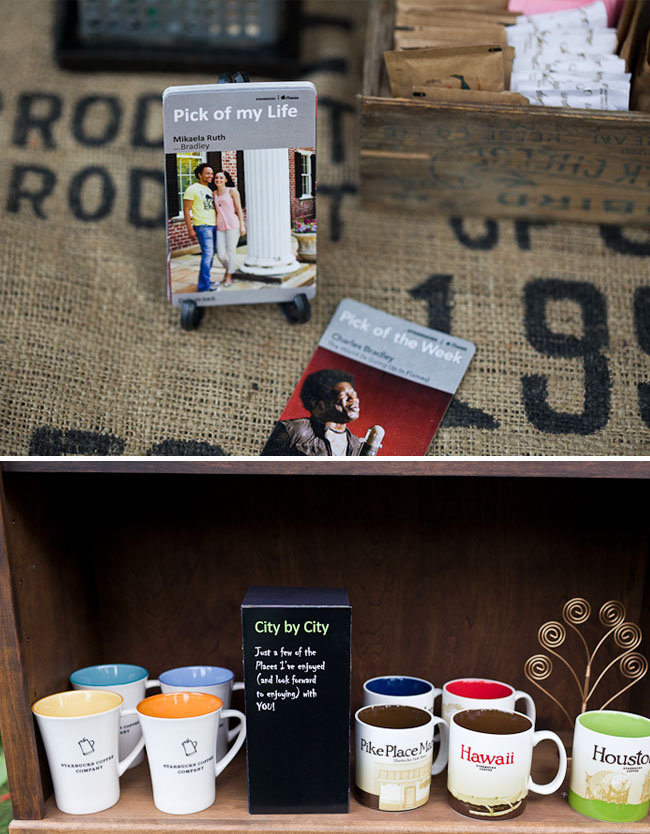 Any aspect that could possibly be personalized, he was on it… 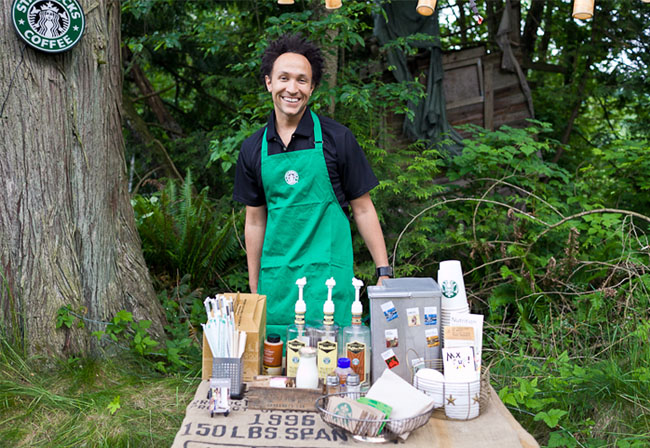 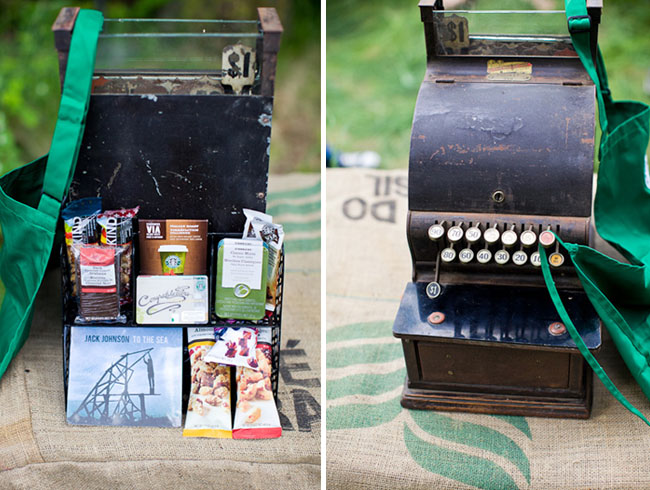 They went to a Jack Johnson concert last Fall and notice the ‘Congratulations’ card? Details, details! 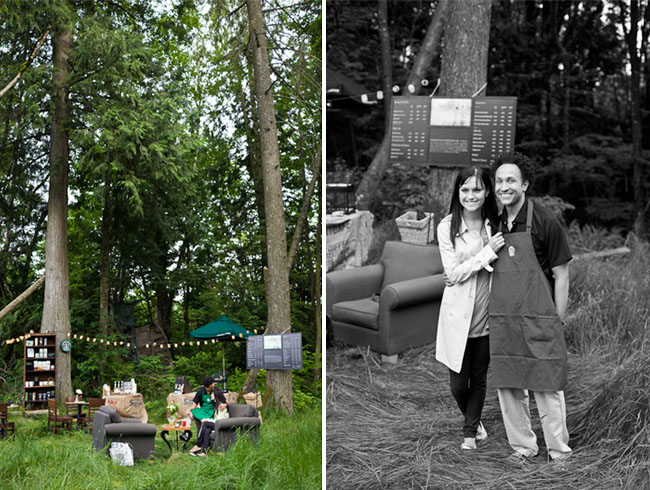 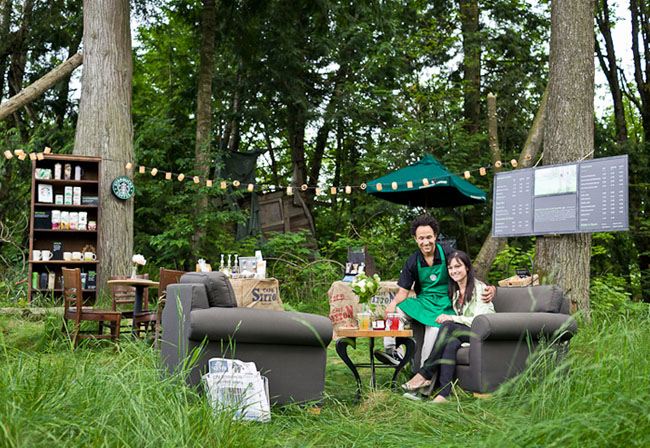 Close friends and family began to trickle in and Shane snuck away to change into a Starbucks barista uniform – and it was a party! How special that they were able to celebrate with everyone!

Biggest congrats to Mikaela + Shane!! All photos from Mikaela

A Beach Proposal – with a Barbershop Quartet